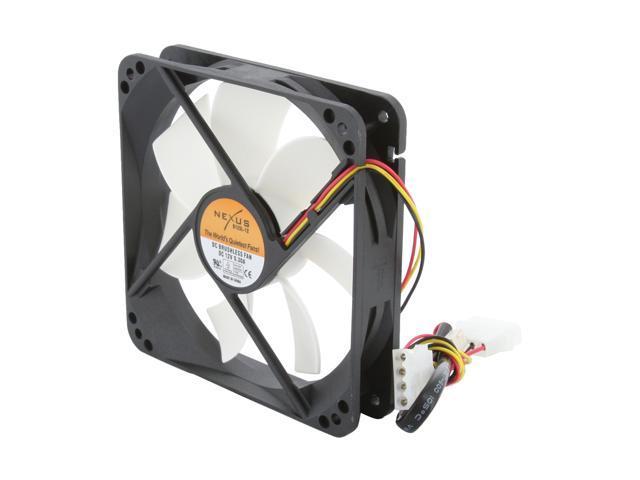 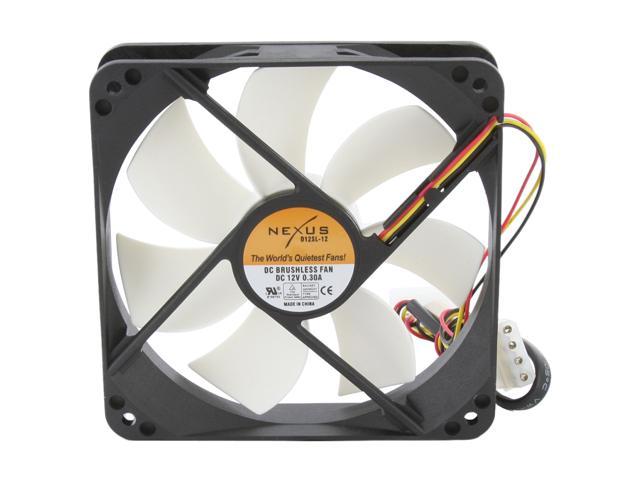 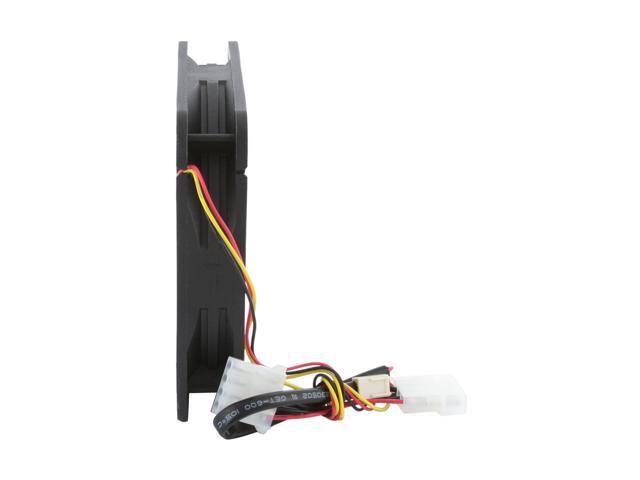 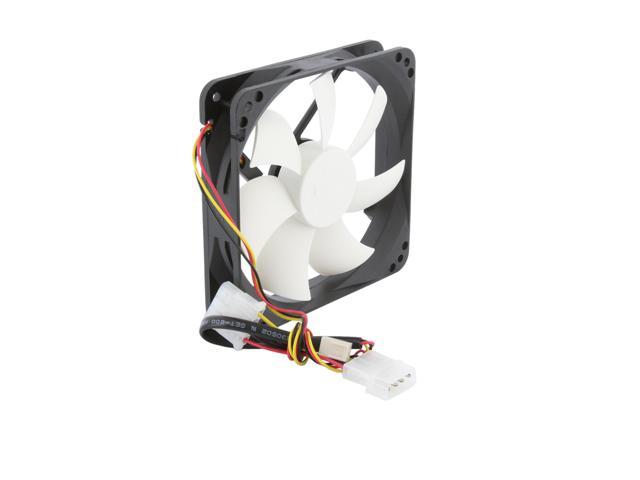 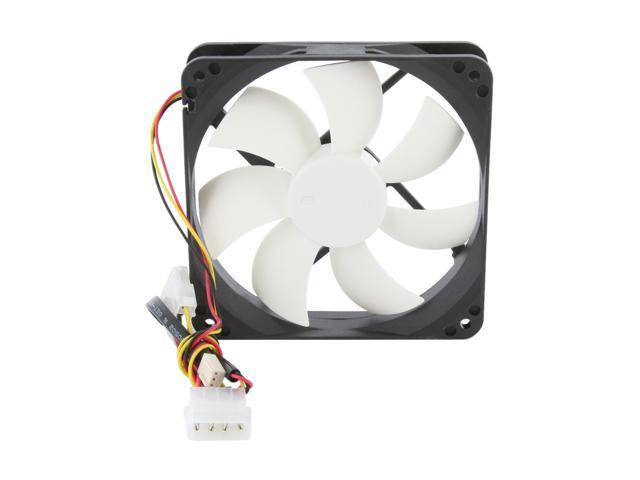 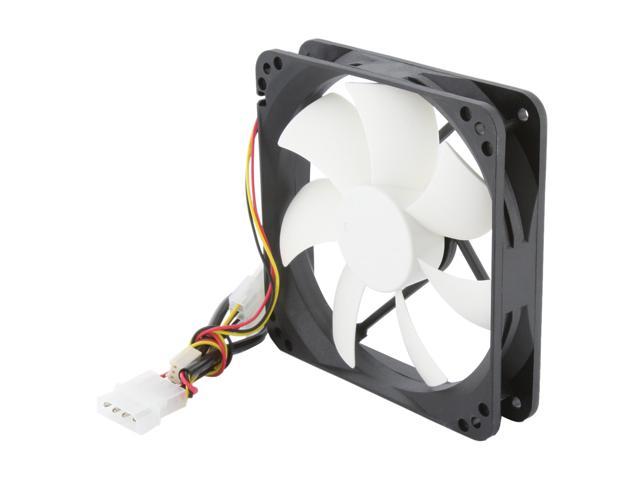 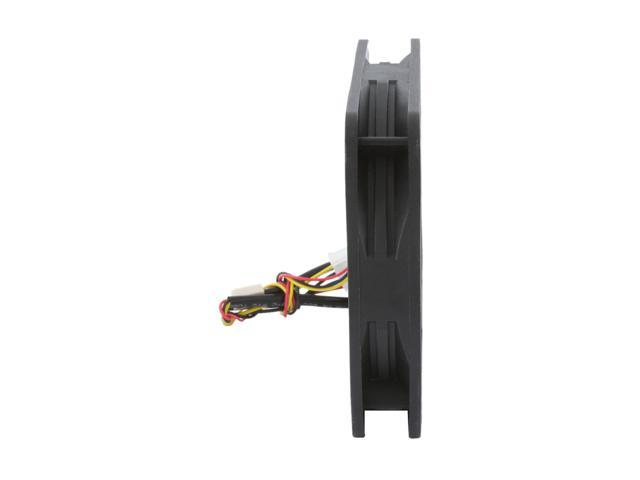 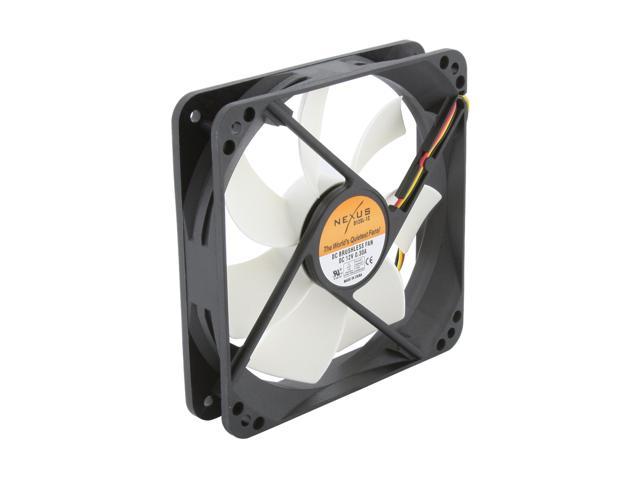 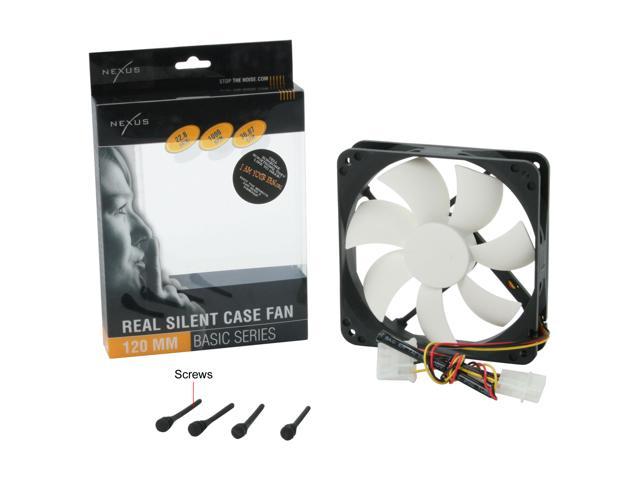 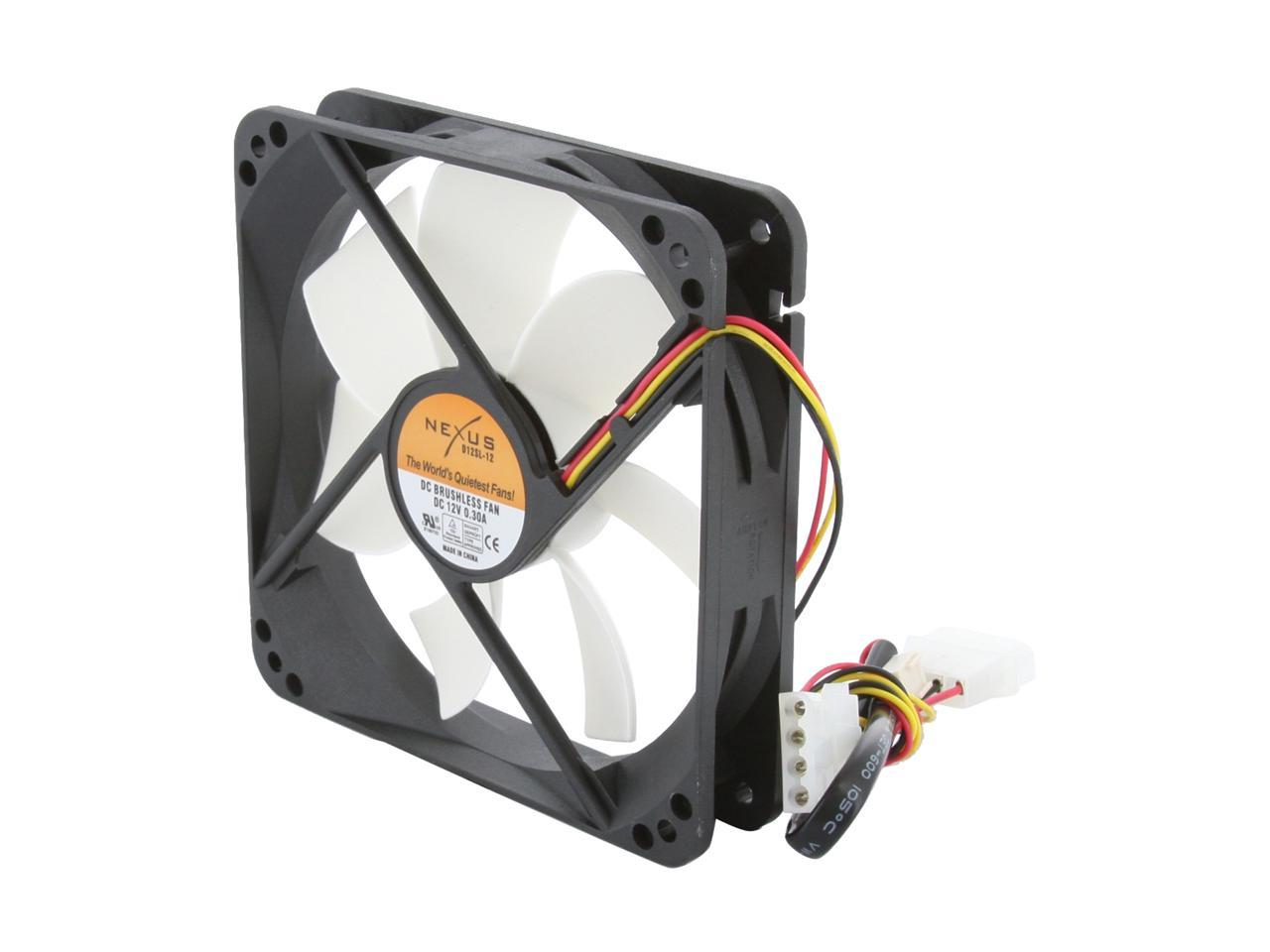 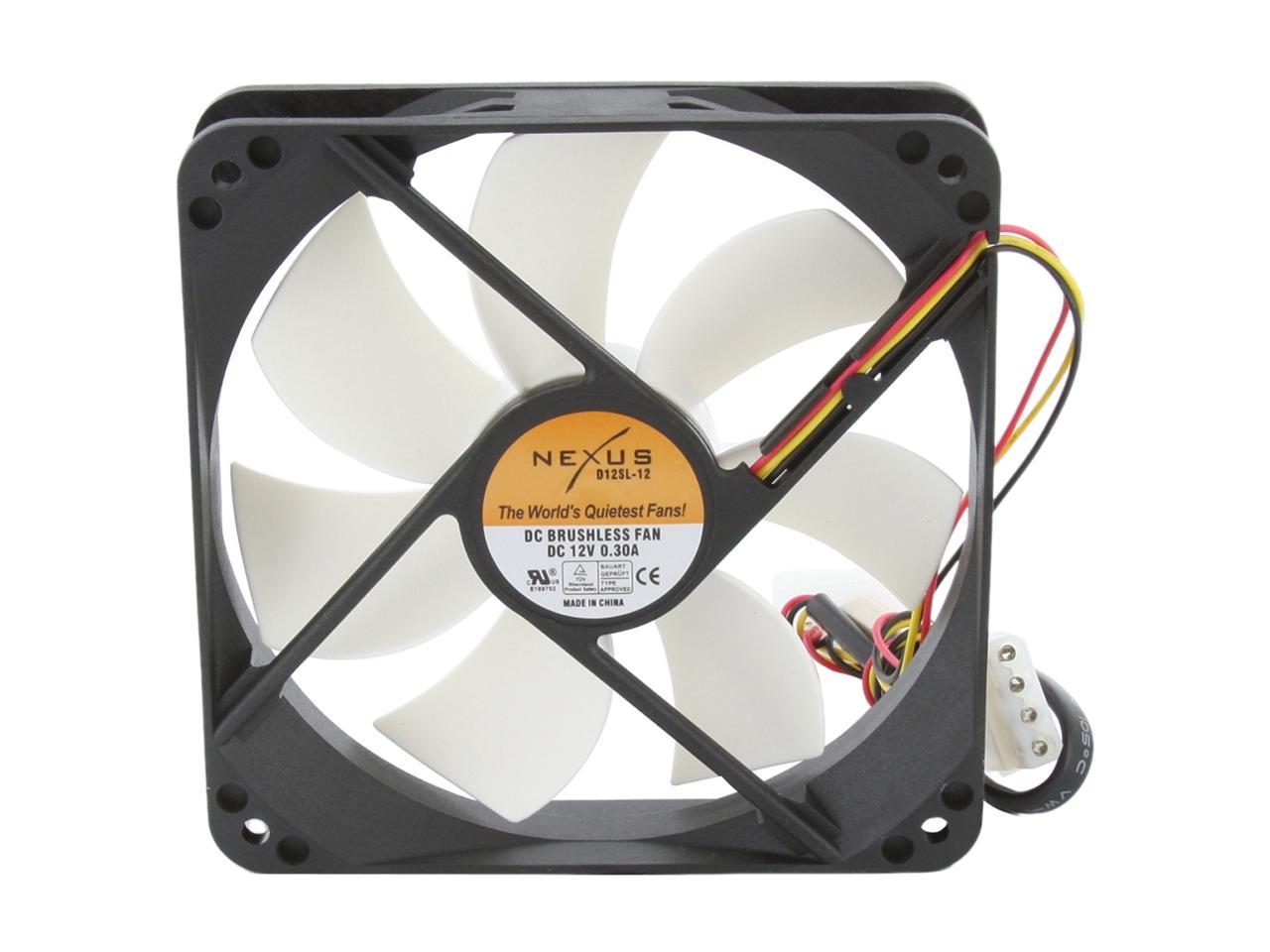 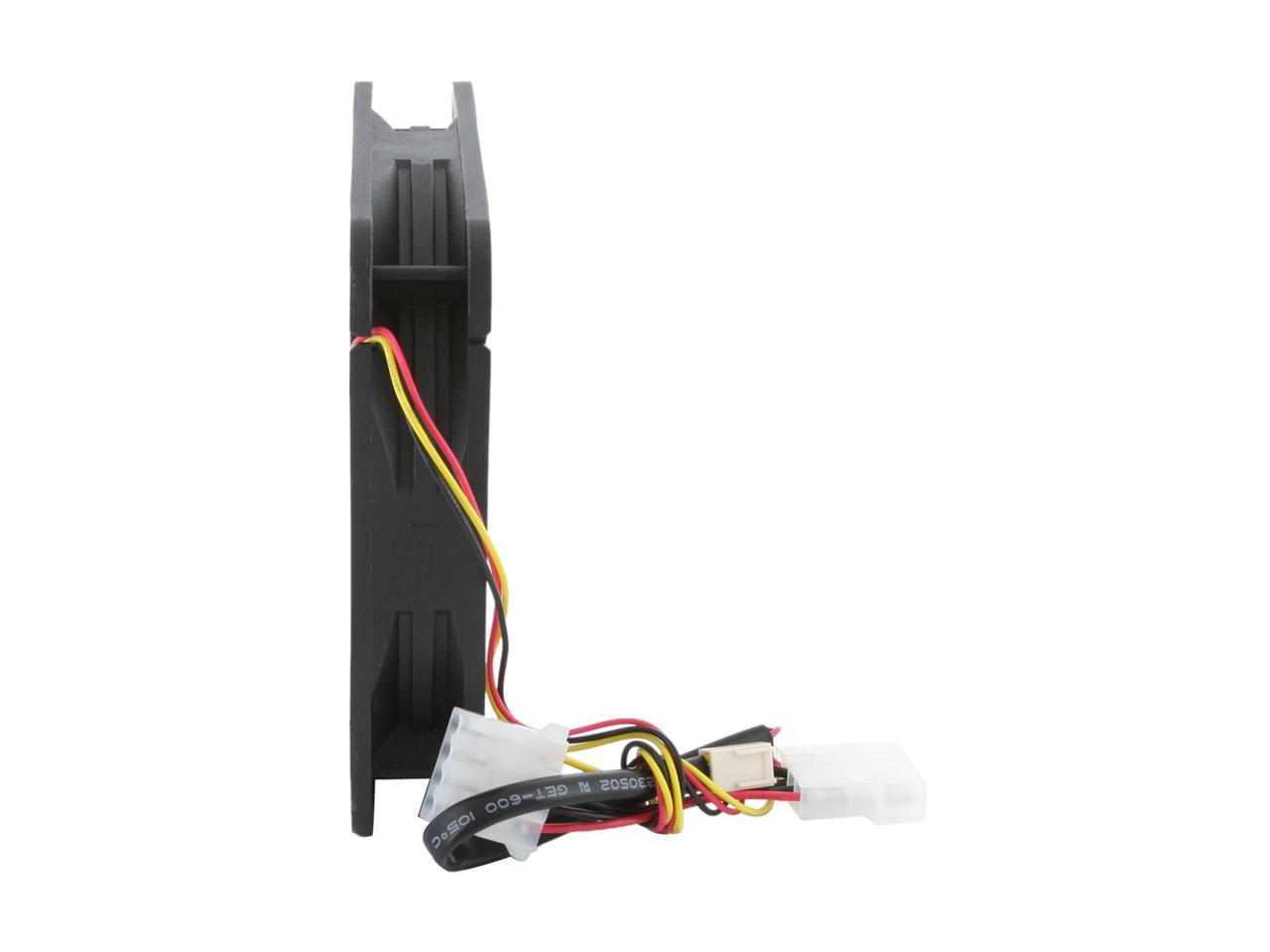 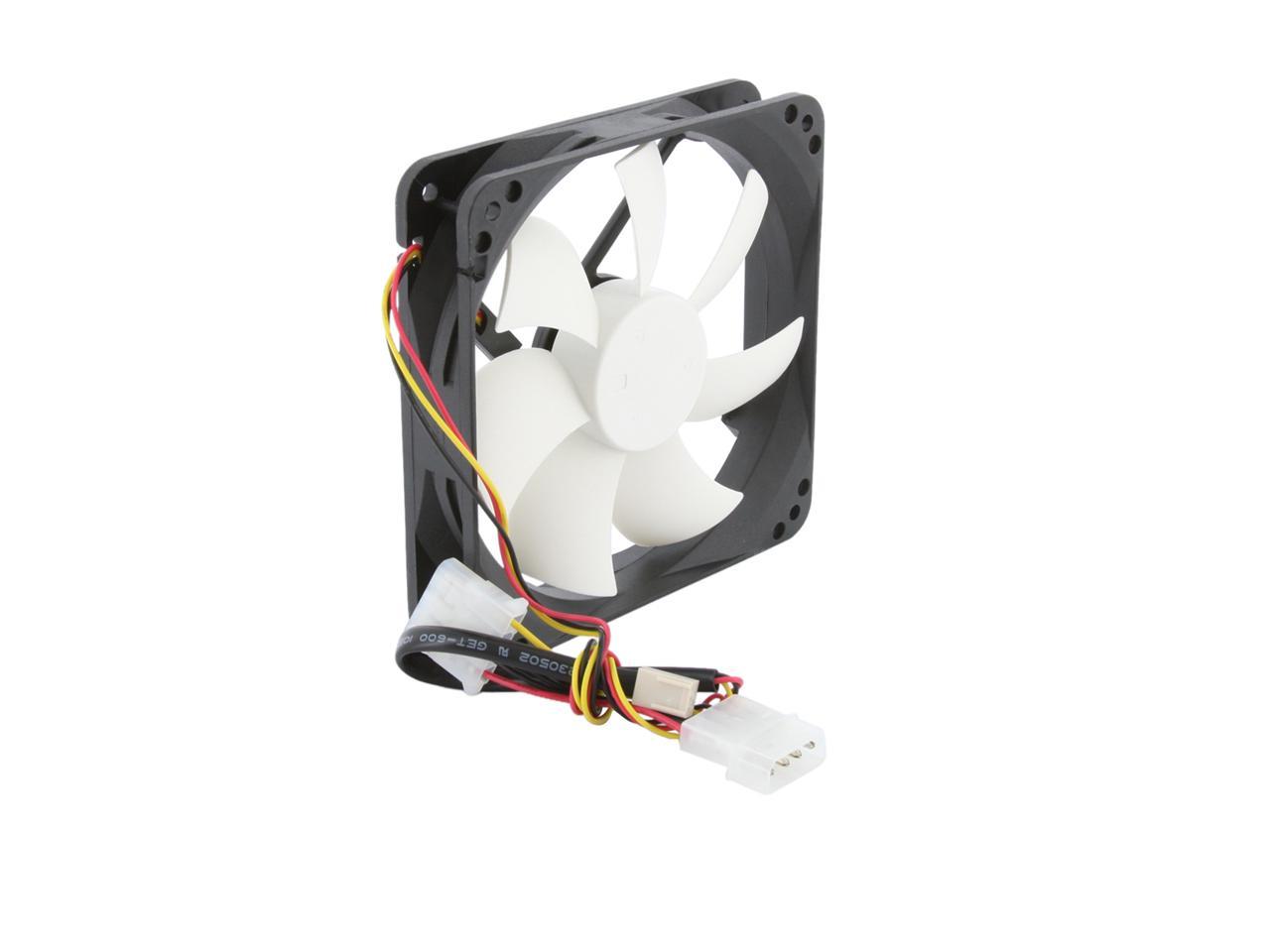 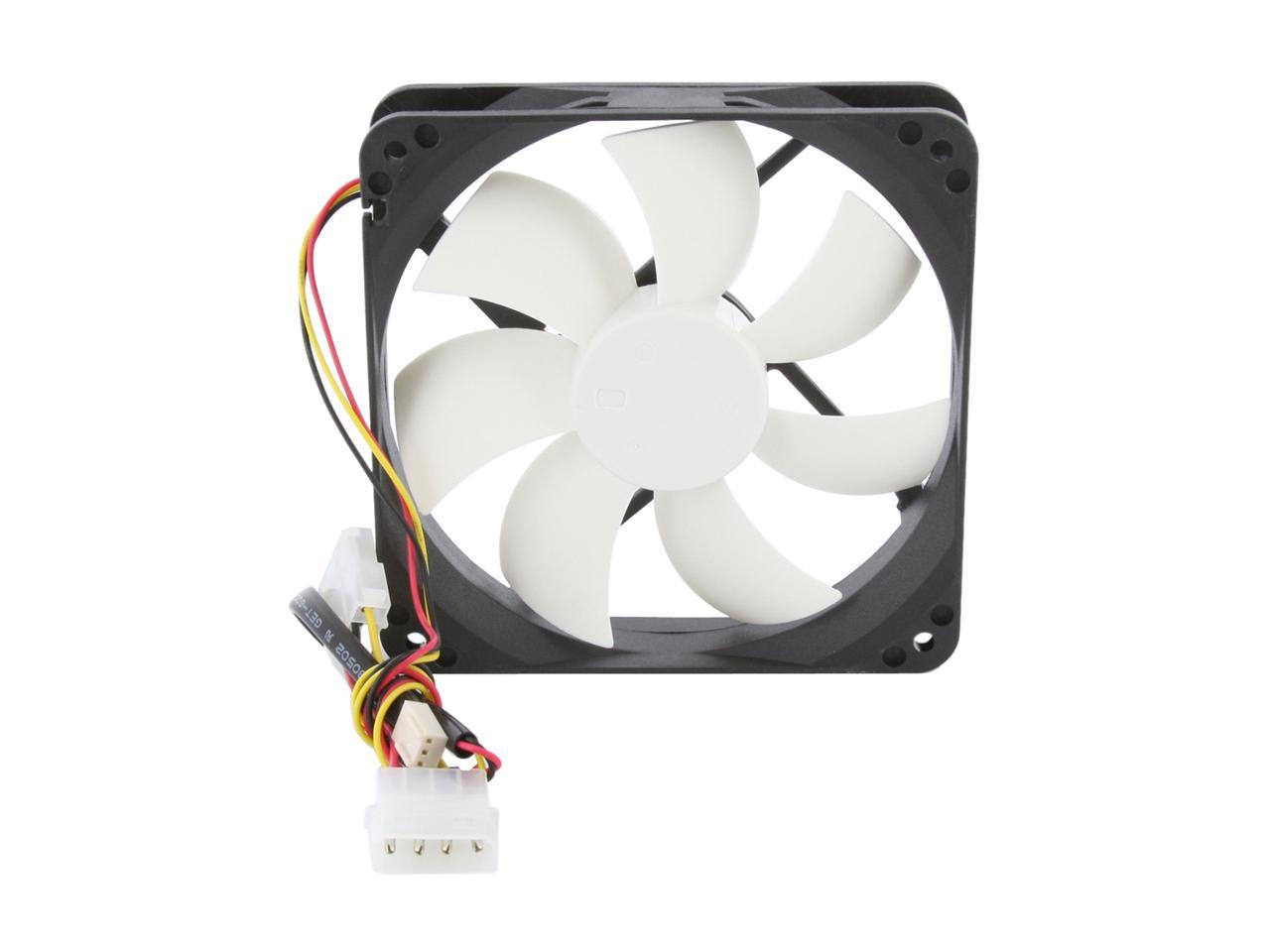 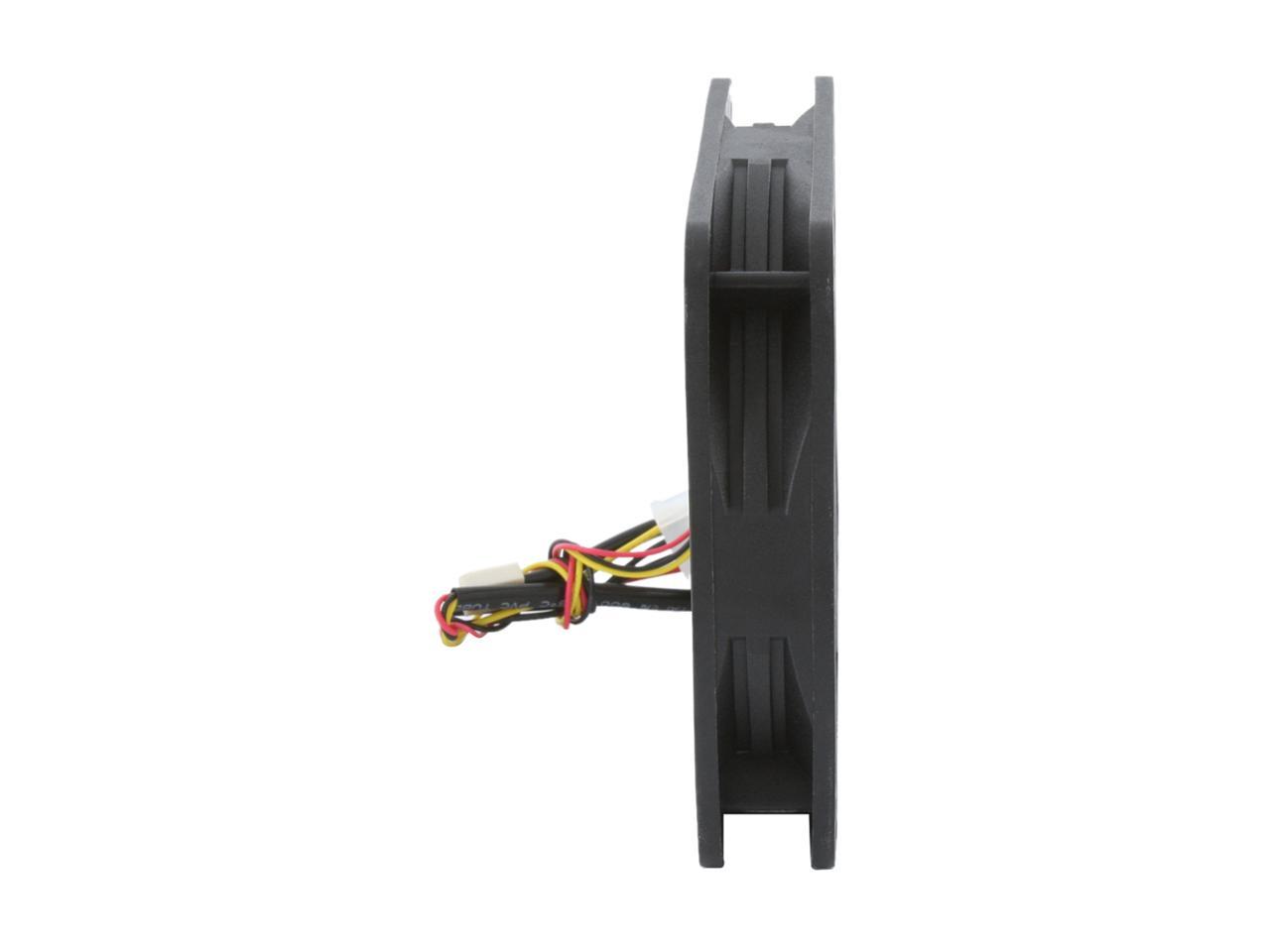 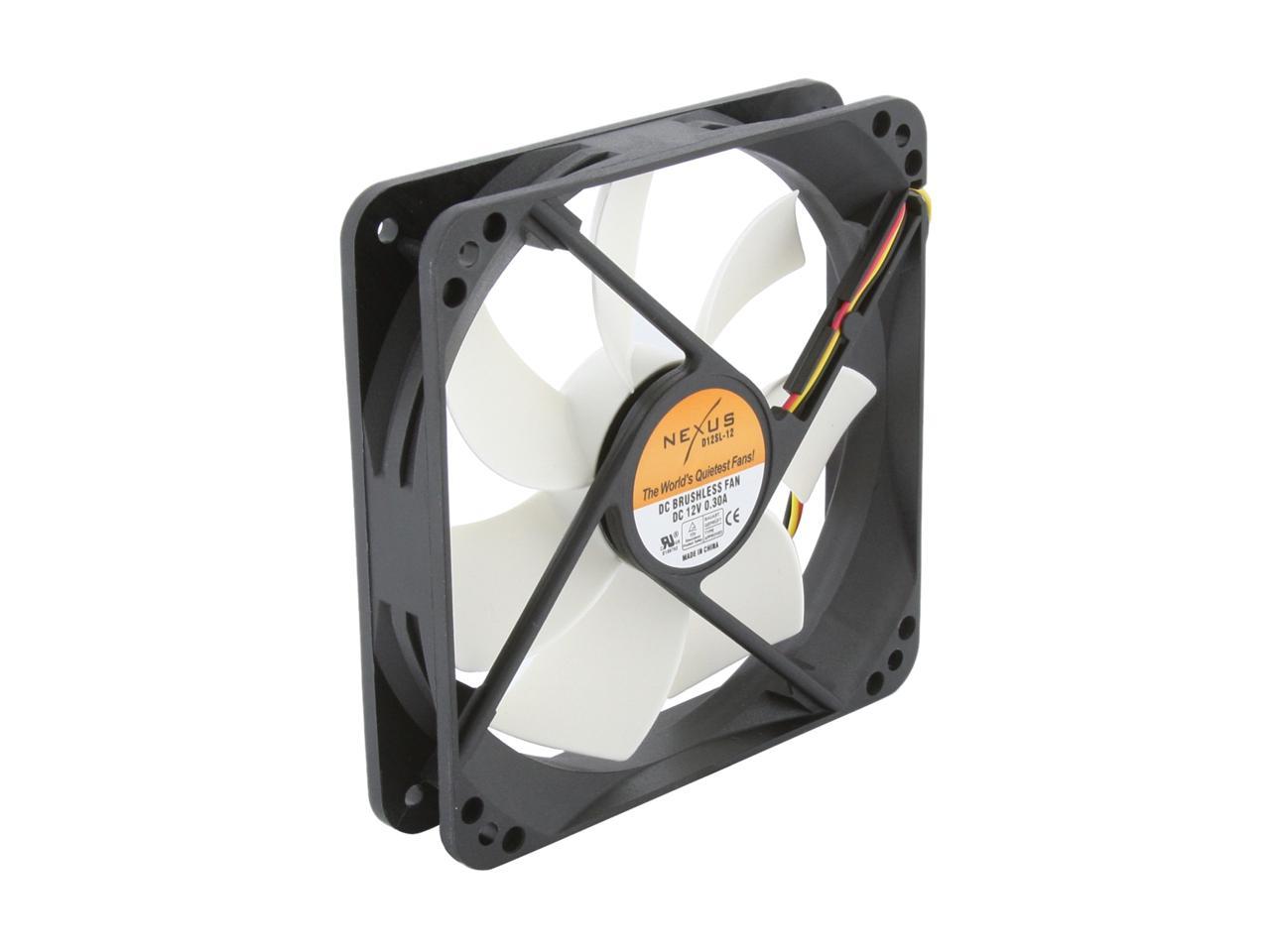 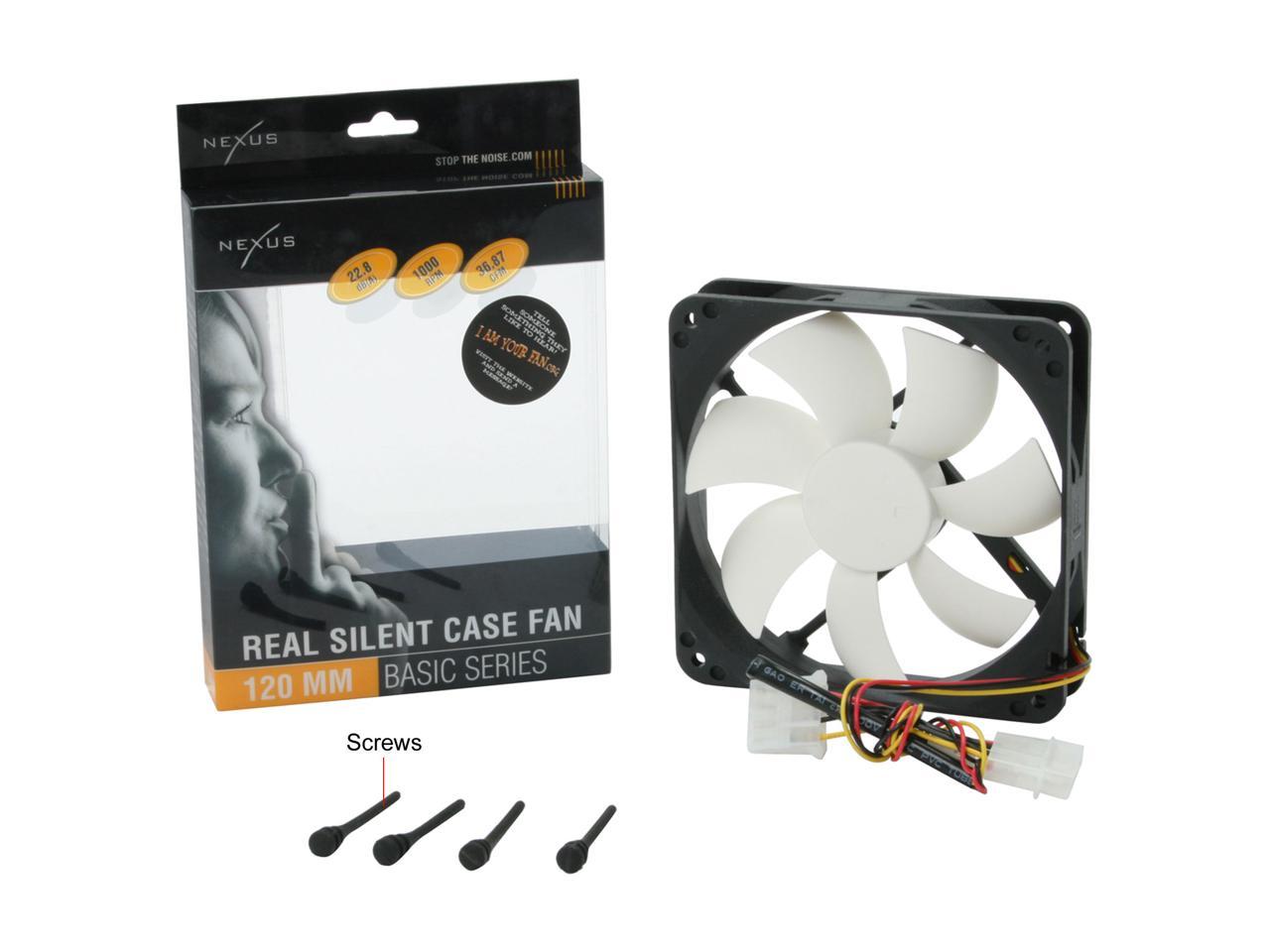 (63) Write a Review
In stock.
Ships from United States.
Most customers receive within 5-9 days.
Specs
Reviews

Learn more about the Nexus D12SL-12

Pros: This fan is very similar in air flow and overall noise output to the gentle typhoon 1150rpm. Usually I recommend either this fan or the typhoon if anyone is asking for sweet, golden silence. The advantage to this fan over the typhoon, however, is that it comes with 4 rubber grommets, which *do* have an effect, sometimes significant, on noise. ... Also this fan is much lighter than the typhoon, which shouldn't matter unless you care about weight.

Cons: It's possible that the typhoon pushes more air at a similar rpm/noise level, I haven't measured it though... it *feels* about the same. Still faintly audible at maximum speed. Nobody's perfect.

Overall Review: I have been testing several of what are considered "the best" silent fans around, trying to get a good balance between airflow and noise. I've got the noctuas, this, the gentle typhoon and the sythe slipstream. The only "pro level" silent fan I haven't tested is the noiseblocker, but only because they weren't available through newegg. I had to do this myself because I found the review sites to be inconsistent - all the time other noise got in the way of their results, and manufacturer claims are often wrong. This fan is one of the best, if not *the* best silent 120mm case fans around.

Pros: Quiet at 12v. Inaudible at 7v depending on where it is mounted. Inaudible regardless at 5v. Smooth sound character at high rpms.

Cons: Permanent molex connectors are ugly and make routing the fan cable more difficult than it should. Would prefer a removable adapter.

Overall Review: There is a reason this is one of SPCR's favorite quiet fans. I am a quiet PC freak and have used fans from lots of manufacturers, including Noctua, Noiseblocker, and Scythe. Those fans are quality items in their own right, but considering the price of this one it is an incredible value. No fan I have ever heard is inaudible at 1000 rpm. This is among the most tolerable at that speed based on its noise character. If you are willing to undervolt it a bit, a truly silent experience can be had for less than half the cost of some of those other fans out there. No inaudible fan will be remarkable for airflow... if you want high airflow, then you must accept noise.

Pros: Very quiet at 12v. Much quieter than my N0ctua NFP12 at the same voltage. From my experience with fans from different manufacturers, this is the quietest at 12v. Other sleeve bearing fans such as Scy1he sl1pstreams are as quiet, but this fan offers a solid balance of fan speed, cooling capability, and noise output.

Overall Review: Newegg should offer fans in packs of 3 or 5. $3 shipping for each product isn't competitive.

Pros: Dead silent. Excellent static pressure at 1.2mmho for a 1000RPM fan. Great for highly restrictive intakes. This means more air being pulled in through your fan filters and such. CFM isn't everything. Black and white color scheme looks nice (if you care about that). Rubber anti-vibration mounts included.

Cons: Absolute cheapest, most shoddy idiotic power leads I have ever seen in my life. The 'sleeving' is a stiff plastic tube resembling heatshrink that wasn't shrunken. Both the 3pin and 4pin are hardwired to each other instead of just having a 3 to 4 adapter. The pins in the molex connectors wiggle around and won't stay straight, making it a pain to plug them in. The prongs on the pins that keep them in the connector VERY EASILY bend and break off so you push the pin right out of the molex plug! I LITERALLY could not plug them in to my AX650 power supply, and I didn't want to use my motherboard headers with the ridiculous wiring mess it would of caused. I ended up plugging both fans into a 3 to 4 pin adapter and connecting them to my PSU that way. What a joke! DO NOT USE BOTH THE 3 AND 4 PIN CONNECTORS AT THE SAME TIME. One more reason why the wiring on these things are incredibly stupid.

Overall Review: The fan itself gets 5 eggs. The wiring gets 0 eggs. Seriously, it's THAT BAD. The way they are connected, you can't even just clip the molex plugs off and use the 3 pin, or the other way around! That said, I'll be generous and give it 3 eggs because the fans themselves work quite well. If you buy these be prepared for a double facepalm. If you have the tools and parts to rewire these things yourself, that would be the best option. Otherwise you might want to just get a different fan although there may not be another 120mm 1000RPM fan that is as silent and with as much static pressure. I have 2 in the front of my 550D and they are working noticeably better than the stock fans which had similar specs but less static pressure (GPU temperature has decreased a bit, slightly less noise), but the wiring is truly an abomination.

Pros: Super quiet, basically inaudible. These fans look sexy too, the black and white is something that stands out and it's different than all the glowing LED fans. Comes with vibration dampening mounts, they are little rubber pieces you use instead of screws. Great price at Newegg.

Overall Review: These are way cheaper than Noctua's, look better, and are basically just as quiet.

Cons: Not the best airflow per watt, and the white blades show dust easier (that could also be a pro depending on how much you like your pc.)

Overall Review: Using these for case cooling and media device exhaust. Silicon mounts stand fan off case and haven't snapped on me, though I've only installed once. Using 1 as exhaust for the entertainment center which includes an old laptop for htpc (+USB hdd when needed), cable tuner box, and a house phone base. brought down htpc idle temp ~12F. This fan won't dump out tons of air, so I wouldn't recommend it for CPU, chipset, or anything that's currently overheating. I also own 3x SP802512L-03 (Nexus 80mm basic), which are approximately as loud and about 60-70% lower airflow (meas by hand)

Pros: Completely silent at 5V and still has good airflow. I upgraded from stock case fans to these and did a 5V mod to the wiring to get it completely silent with no problems. Temps are down from stock fans and reduced noise exponentially.

Cons: Not silent at stock speeds. Makes a low pitch hum noise. Much quieter than stock fans but not silent by any means. I would get a fan controller or 5V mod these for silence.

Overall Review: Used in HTPC build which is why I needed it silent.

Overall Review: Had this running continuously, 24x7 for for over 2 years. No problems whatsoever. Outstanding fan.