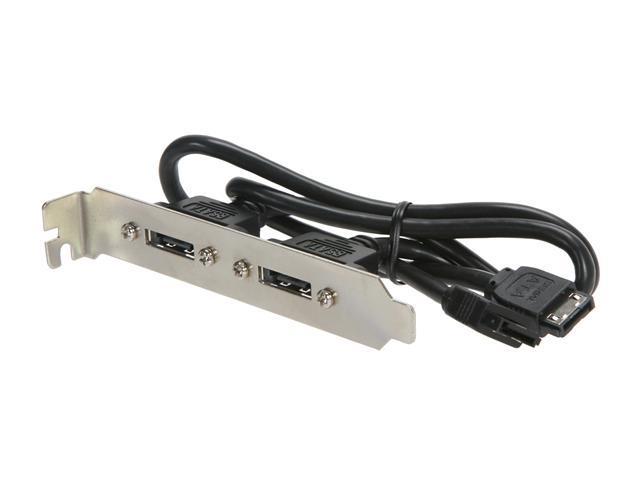 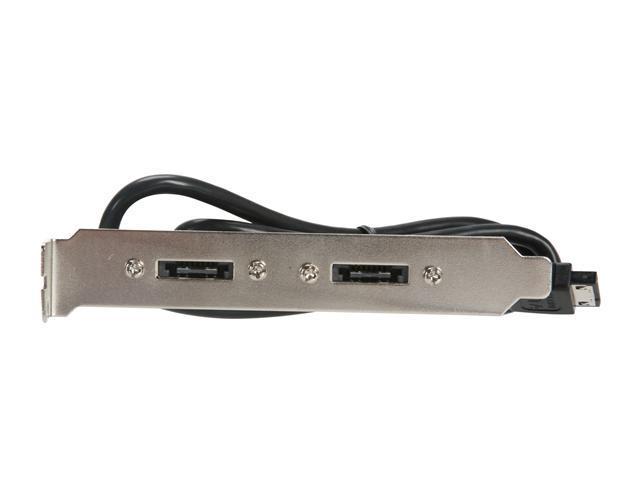 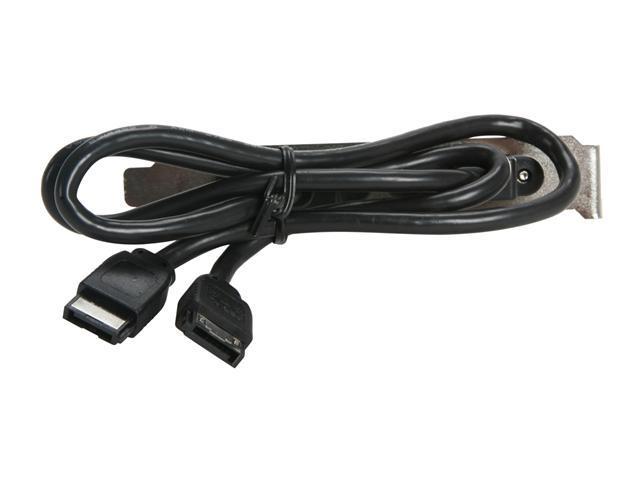 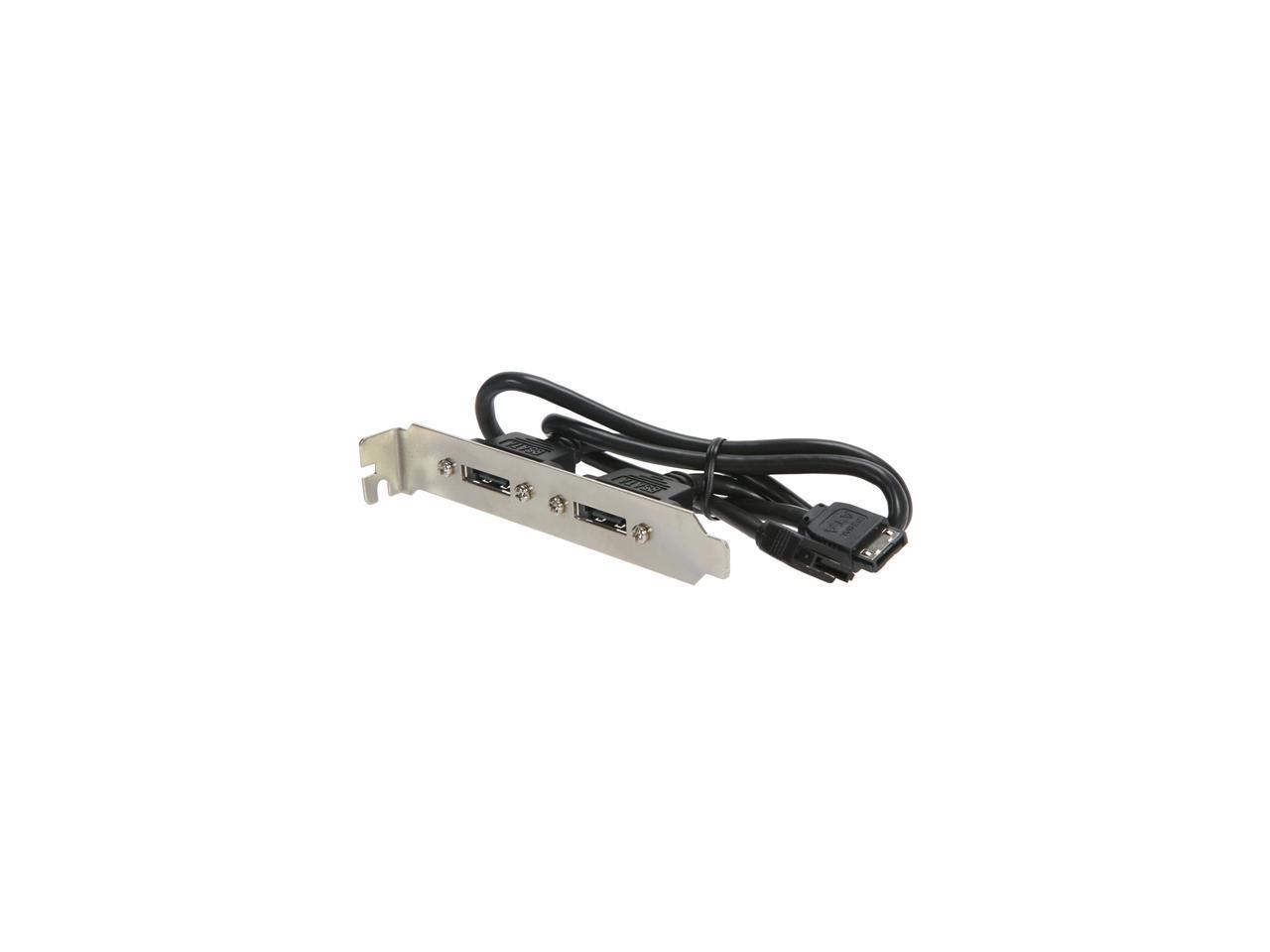 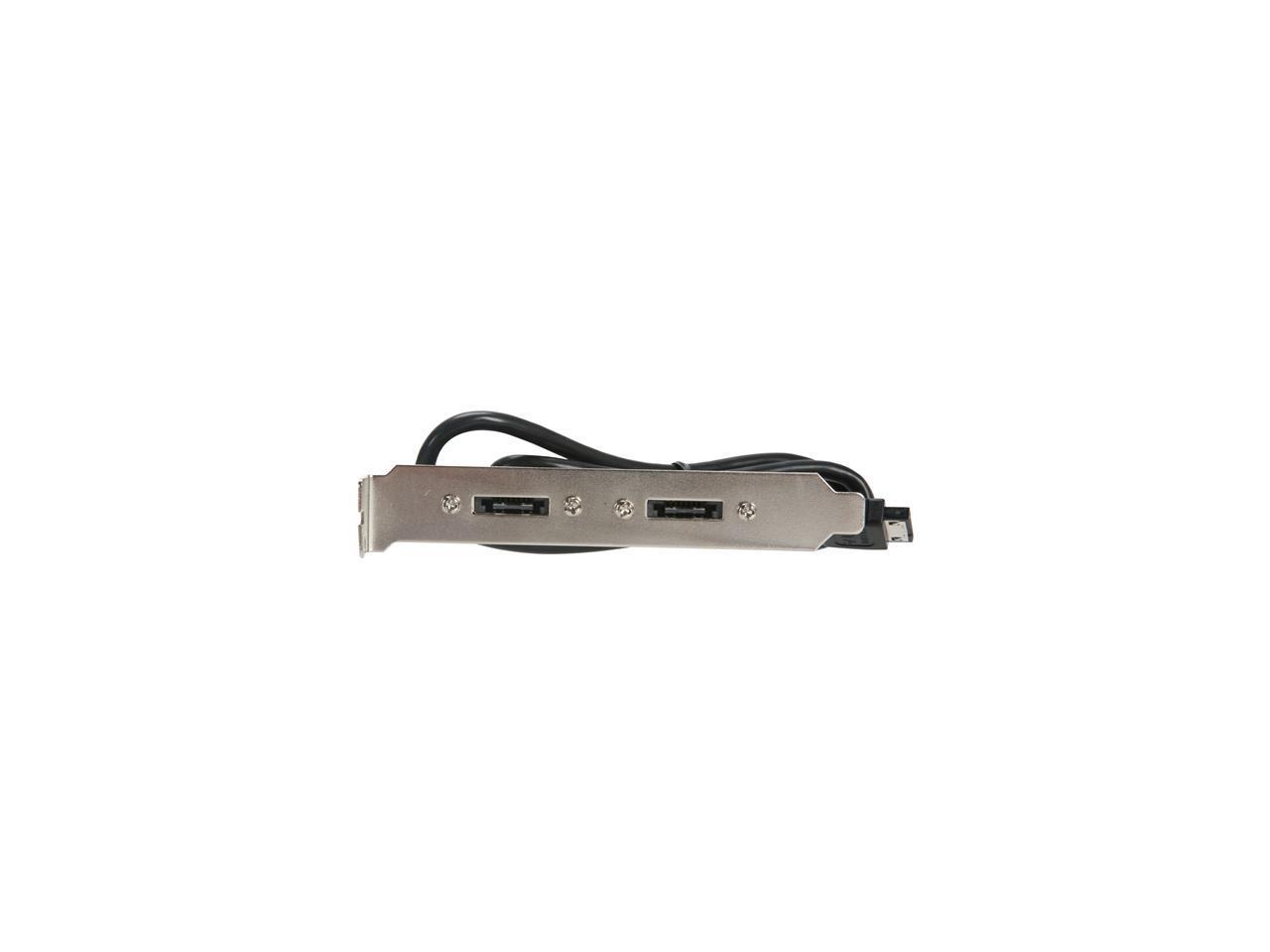 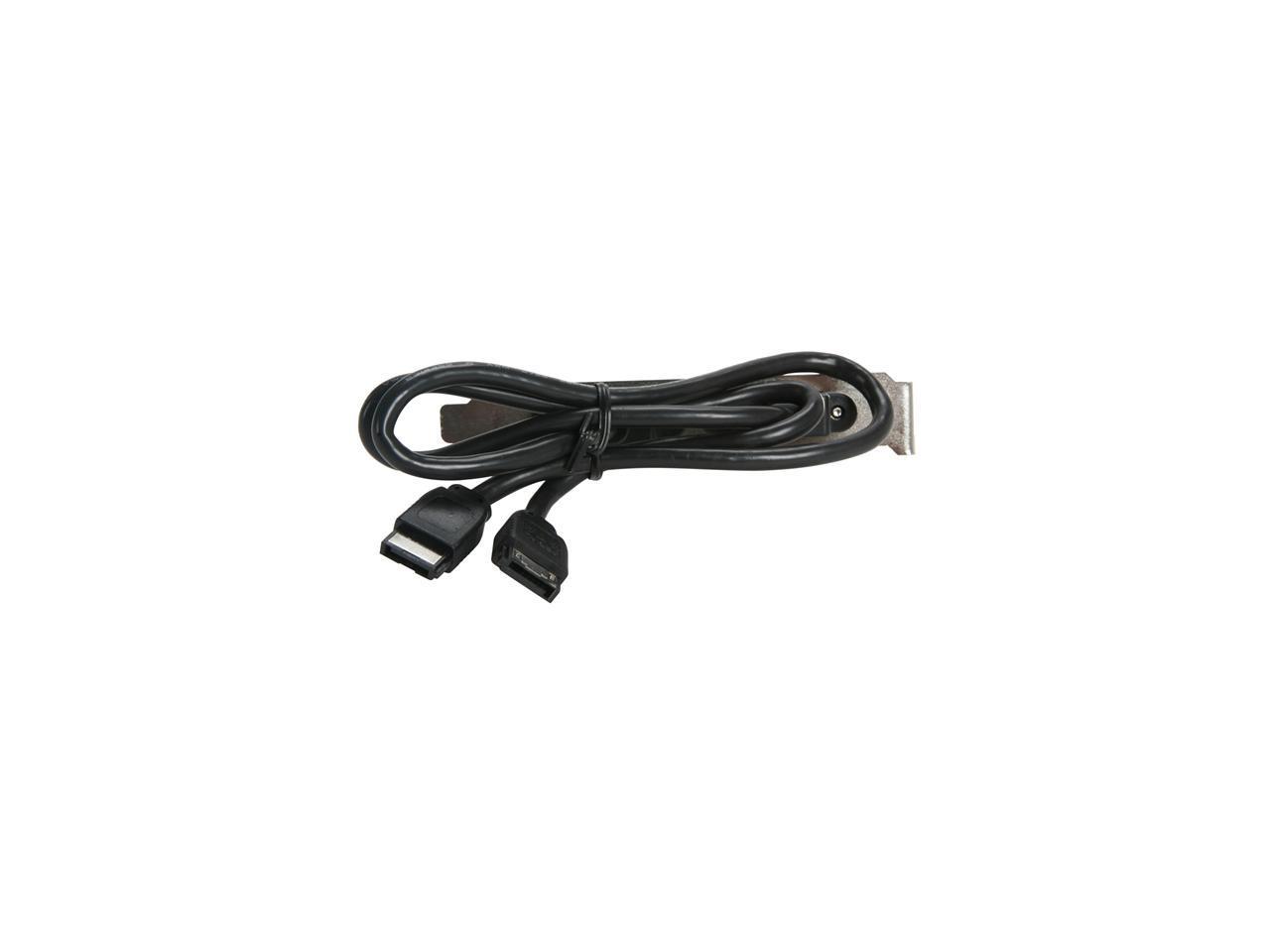 Overall Review: Bought 2 +free shipping for the price of 1 + shipping.

Cons: -Cable length a little short (12") Not really a con, but Nippon Labs should consider offering a model with right-angle connectors.

Overall Review: Great SATA to e-SATA bracket. Price is approx half of what other companies are charging, and you get two ports on the bracket instead of just one. The internal connectors come with little red caps to protect them during transit - a very nice touch to ensure the product arrives intact. The connectors have metal sides to make them fit snugly into your motherboard's SATA ports. I move my computer alot for LANs and regularly see lesser quality SATA cables and e-SATA brackets fall out while in transit, but the quality of these connectors puts my mind at ease. The cables themselves are thick (probably EM-shielded but I have no way to test it). They are easy to route against my motherboard for a clean look. Cable length is a bit lacking, but then again you don't want internal cables to be too long jumbling up the inside of your case. My SATA ports are on the far side of my motherboard. I found I had about 3 inches to spare; routing was easy and tidy. Wholeheartedly recommend

Pros: I'm using this to get most of the advantages of an external hard drive with the space, cost, and power savings of an internal hard drive. Seems decently built and the connectors lock decently.

Cons: Slight flex when plugging in to the backplane; could have used a stiffener.

Overall Review: I wasn't sure this would work but it did. I'm using this to mount a drive inside my computer but use it as an external drive. One connector goes to my motherboard SATA connector, and the other connector goes to a spare SATA drive I have mounted inside my computer. I use a cable with eSATA connectors on both ends outside of the computer to join the two. This gives me the best of most worlds: - I can do backups of my main drive onto this internal backup drive at lightning speed. - I can plug the internal backup drive into another laptop or computer to copy the backup away to a safe location. - This expands my eSATA connections so including my motherboard eSATA connector I can be copying backups to two external eSATA drives simultaneously.

Overall Review: I did not find the cable length listed here or on Nippon Labs web site. The cables are 12 inches, not measuring the connectors

Pros: Works great. Cables were plenty long enough. Appears to be a great boost in speed over usb.

Cons: Aluminum bracket could be stronger - it flexes quite a bit until the cables snap into place.

Cons: The bracket doesn't fit right, it's really loose and has a lot of "play" when plugging in cables, good thing I'm not plugging in cables all the time. The cables are too long for my application but no stars were taken off for that.

Overall Review: Metal connector peice does not have a push in to release tab so you need to yank it out to remove. That's a plus for though since I'd rather they don't fall out and I won;t be moving them often or at all... Buy two, it was cheaper for me to do that...

Pros: I wouldn't say that the cable is long, but you won't really find any other brackets that match the length. At 12", you'll either have some slack or very little, which is still very good compared to a extremely tight fit (or none at all) that you'll get with other brackets.

Cons: Not really a con, but my video card covers one of the SATA ports on my mobo which I can still connect to with right-angle connectors (that wouldn't get in the way of other SATA ports) and this bracket has two straight ones. I don't blame the bracket as I don't think any others offer right-angle connectors and it is easily fixed by moving some connections. One straight and one right-angle connector would have provided nice options, though. You'll either have this problem or you don't. If you do, move your connections around/get a double right-angle cable for your other drives/buy a card instead. Also, another not-really-a-con is that this bracket doesn't have one of those anti-bending designs like some brackets do when you plug an eSATA cable in. Not a big deal. The bracket bends slightly but retains its form after connected.

Overall Review: Ultimately I bought this bracket because at the time of purchase shipping was free and it ended up being the cheapest solution available to me (shipping will easily double your price). Keep your eye on the possibility of free shipping for buying in 1+ quantities. Might as well get two brackets for the price you would normally pay for one plus shipping. I ended up buying two so I can install one in my brother's PC and steal his media anyway.