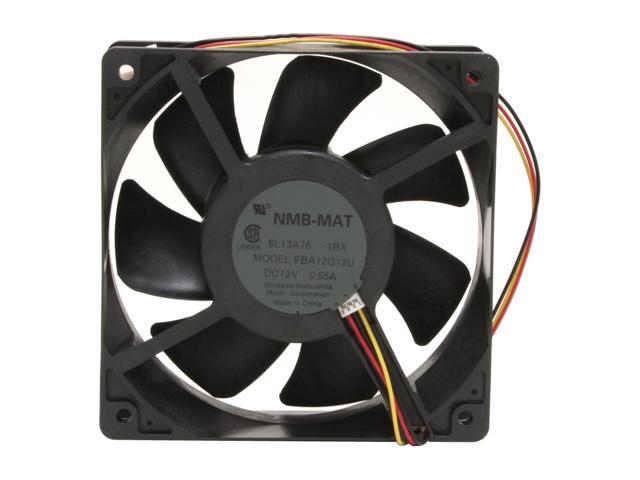 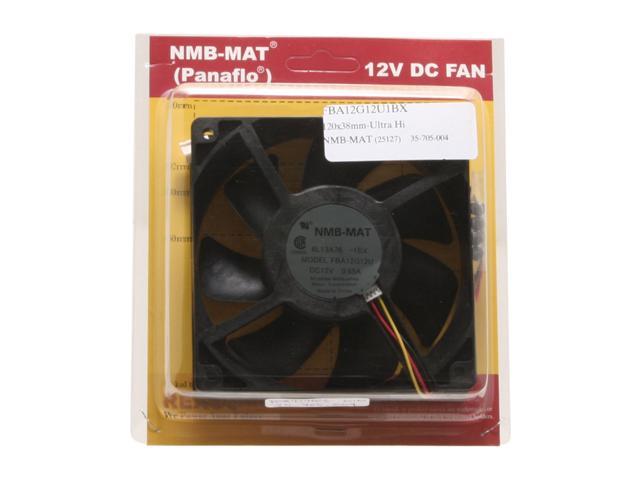 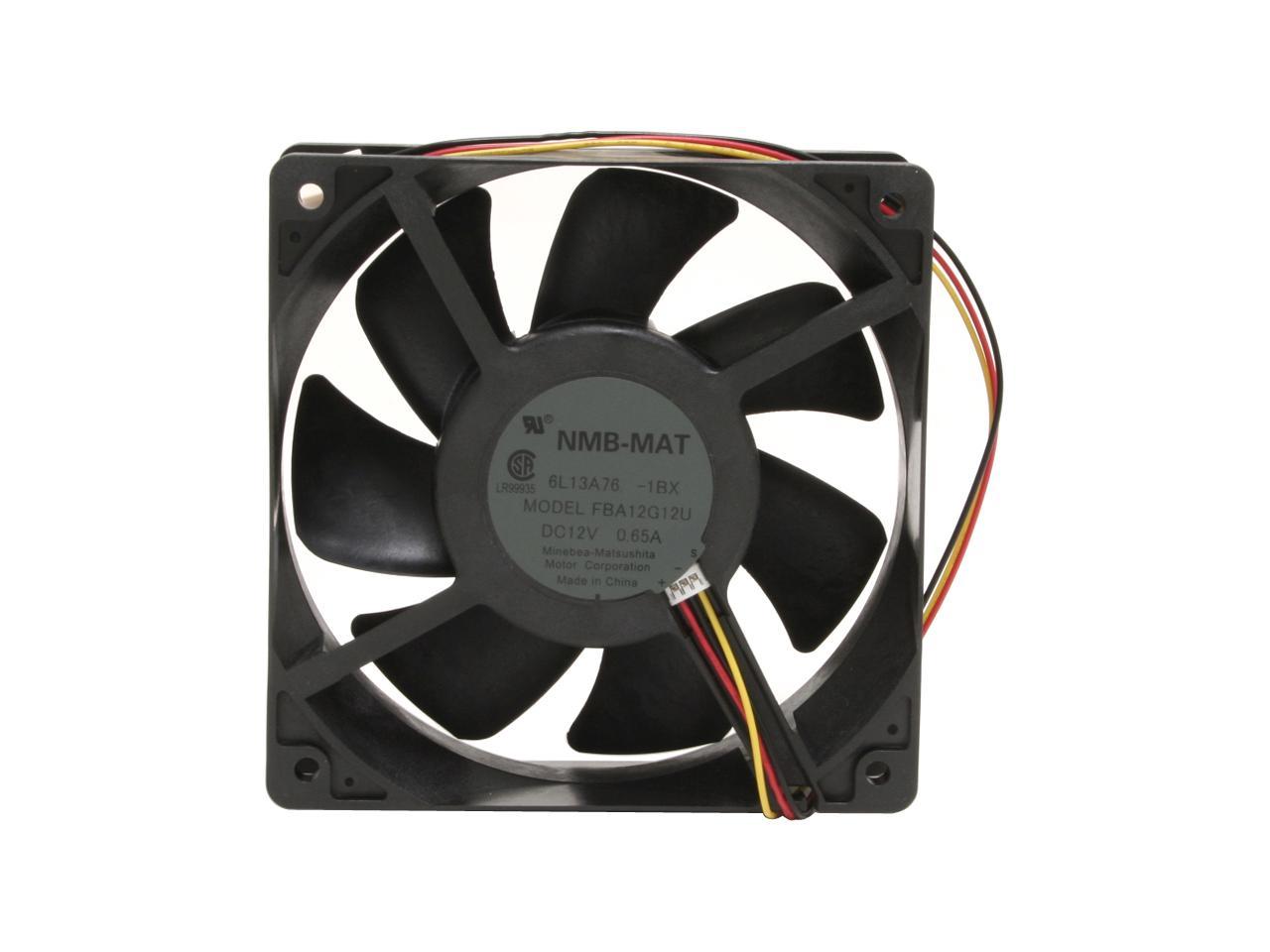 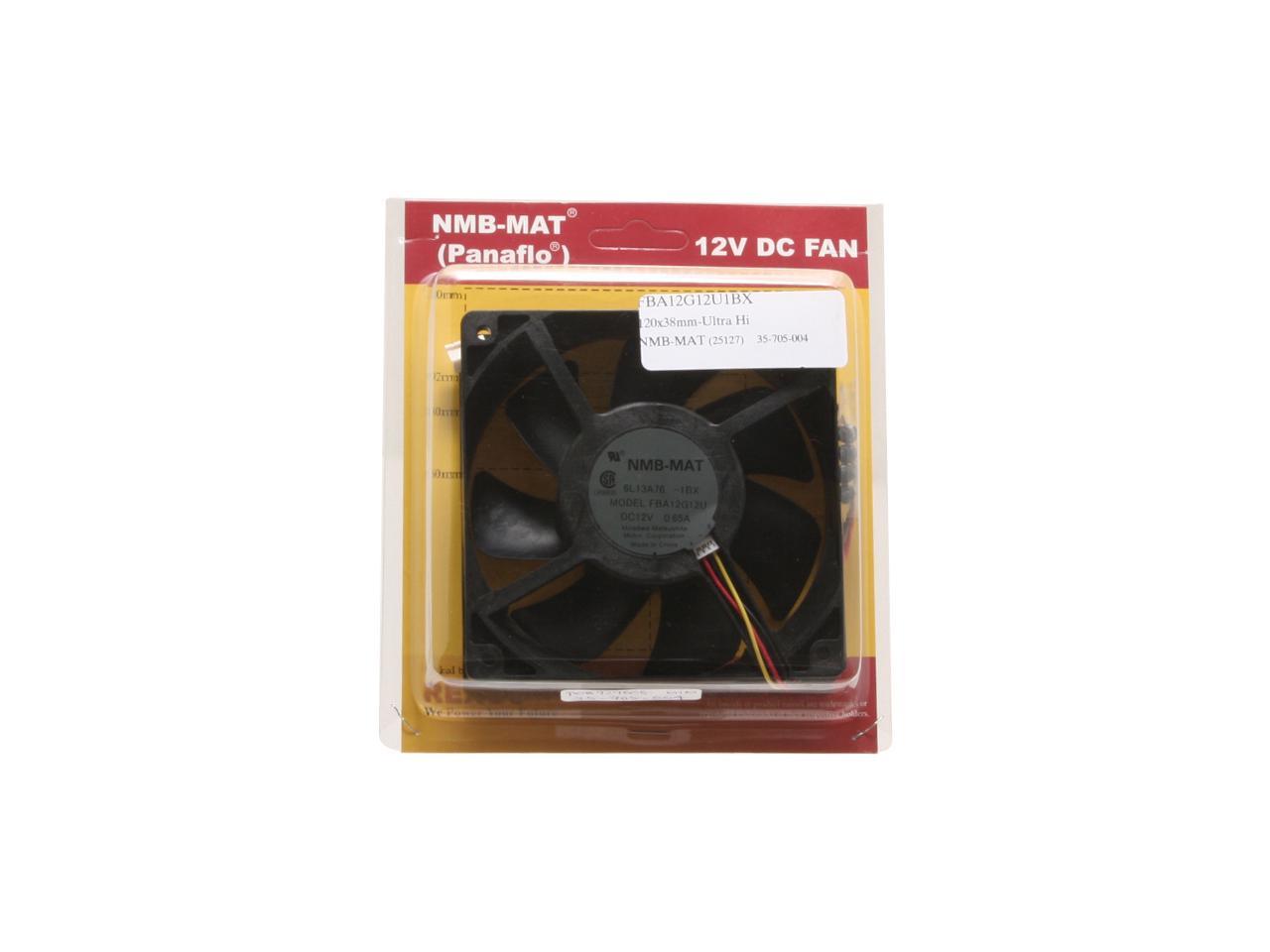 Learn more about the Rexus FBA12G12U1BX

Pros: Moves a ton of air without much noise and for a great price, not to mention it's not a sleeve drive so it will last. Plan to purchase more in the future.

Cons: People complaining about the noise even though it's obvious.

Overall Review: For those complaining about noise, it's what you get with the territory of high performance fans. You wont find a 120CFM fan at 10DB so stick with your silent 20CFM fans, as I myself prefer airflow and can handle the noise even when I sit right next to my computer.

Pros: Mounted easily, includes hardware and standard fan connector. Brought internal case temperatures down to a couple of degrees above ambient air temperature outside the case. Putting your hand behind the case, you can feel that this fan isn't messing around. It's moving a serious volume of air.

Overall Review: If you really don't care about fan noise and you just want your box to be as cool as possible, look no further. This fan will do it for you.

Pros: Moves a ton of air.

Cons: If its in your house, you won't sleep at night. This thing sounds like a jet engine.

Pros: This fan is extremely powerful and moves allot of air out of my case.

Cons: This fan is a bit loud but i can't complain because it clearly says in the description. I got my finger in it when it was at full speed and it took abit of skin off.

Overall Review: This fan will keep your pc very cool but be careful to keep all body parts out of it or it will rip skin off! You might want to tie the pc to the floor to keep it from flying away. A military Fighter Jet makes 36 db of sound at idle and this makes around 45-50 db so think about it.

Pros: Great fan. High quality made, makes a load of difference. As far as I can tell, it produces just about as much air flow as the specs state.

Cons: Hurts when I poke it.

Overall Review: Loudness is not a con, it clearly states how loud it will be in the specifications, therefore it is expected to be loud.

Pros: This thing definitely moves a ton of air. Dropped the idle temps on my Phenom II x4 965BE 4Ghz OC from 34-37C down to 24-25C with a CoolIt ECO Liquid setup. And only about 52C now under full load! Was getting up around 65 before!

Cons: Very loud! Comparable to having a scale model jumbo-jet flying next to your head when at 100%. BUT - Also installed these with the NZXT Fan Controller (under $30), and at 40% power, runs about as loud as my old fans did at full RPM, with cooler temps still (around 28-29C).

Overall Review: The noise is not that big of a factor when compared to the massive airflow. Honestly, at full it's about as loud as your average household fan on low-medium. If that's something you think you can deal with, and need some extra cooling, then don't let the reports of noise deter you from picking these up. Even if noise is a bit of an issue, fan speed controllers are pretty cheap and work wonders for the sound levels off these fans, without sacrificing much performance. They really are great fans.

Pros: I've been using this fan as the single heatsink fan on my Megahalems. I'm at 4.0 Ghz and my temps have never been lower. Also, LOADS less expensive than any comparable performance fan. This fan would be even better on a fan controller as an hsf fan or even a case fan (it's a bit loud, but moves a ton of air).

Pros: CFM rating is no exaggeration, you could blow-dry hair with this fan. Excellent buy.

Cons: I can not believe the shipping charge for a fan in a box with this weight. Ludicrous.