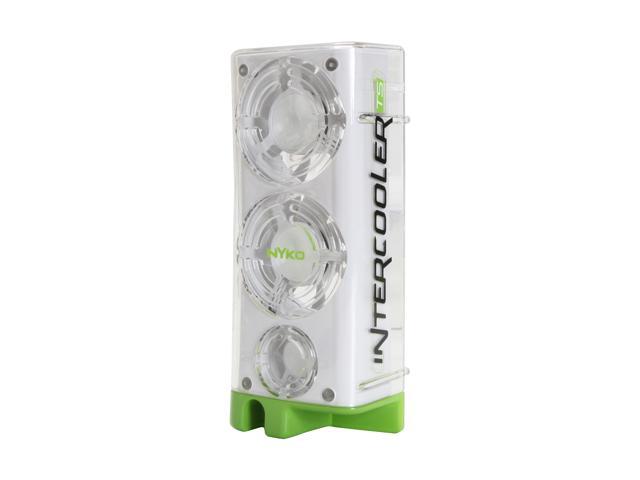 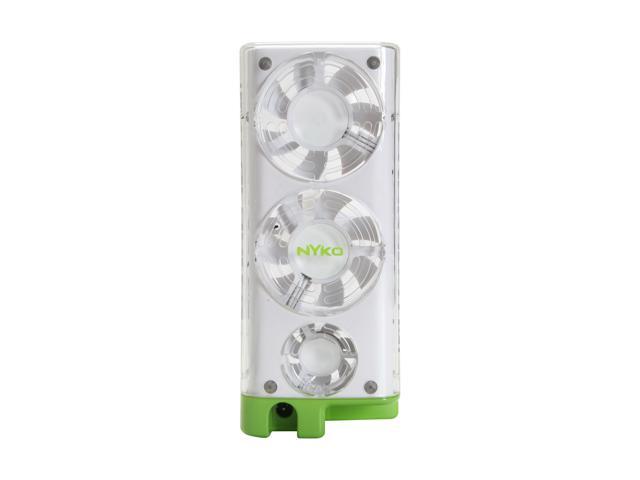 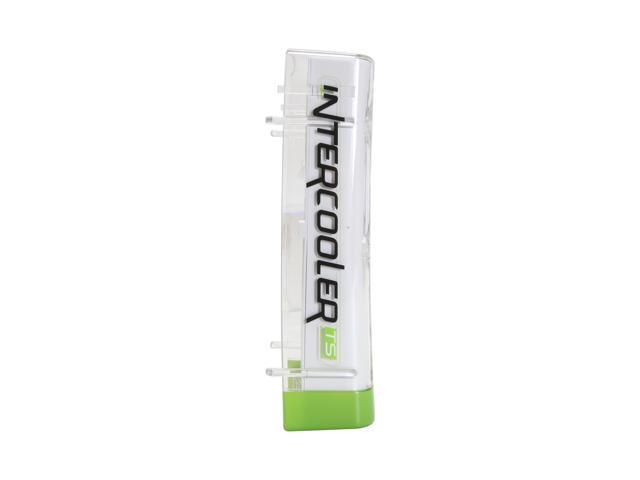 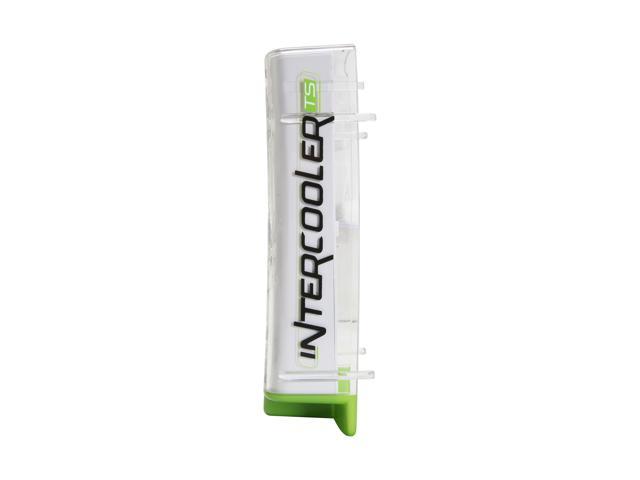 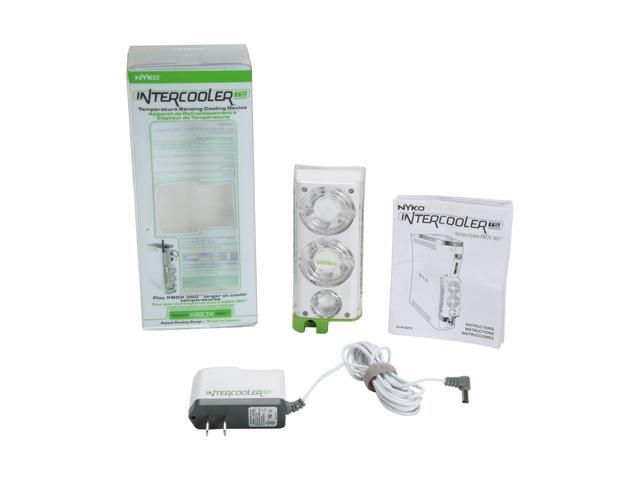 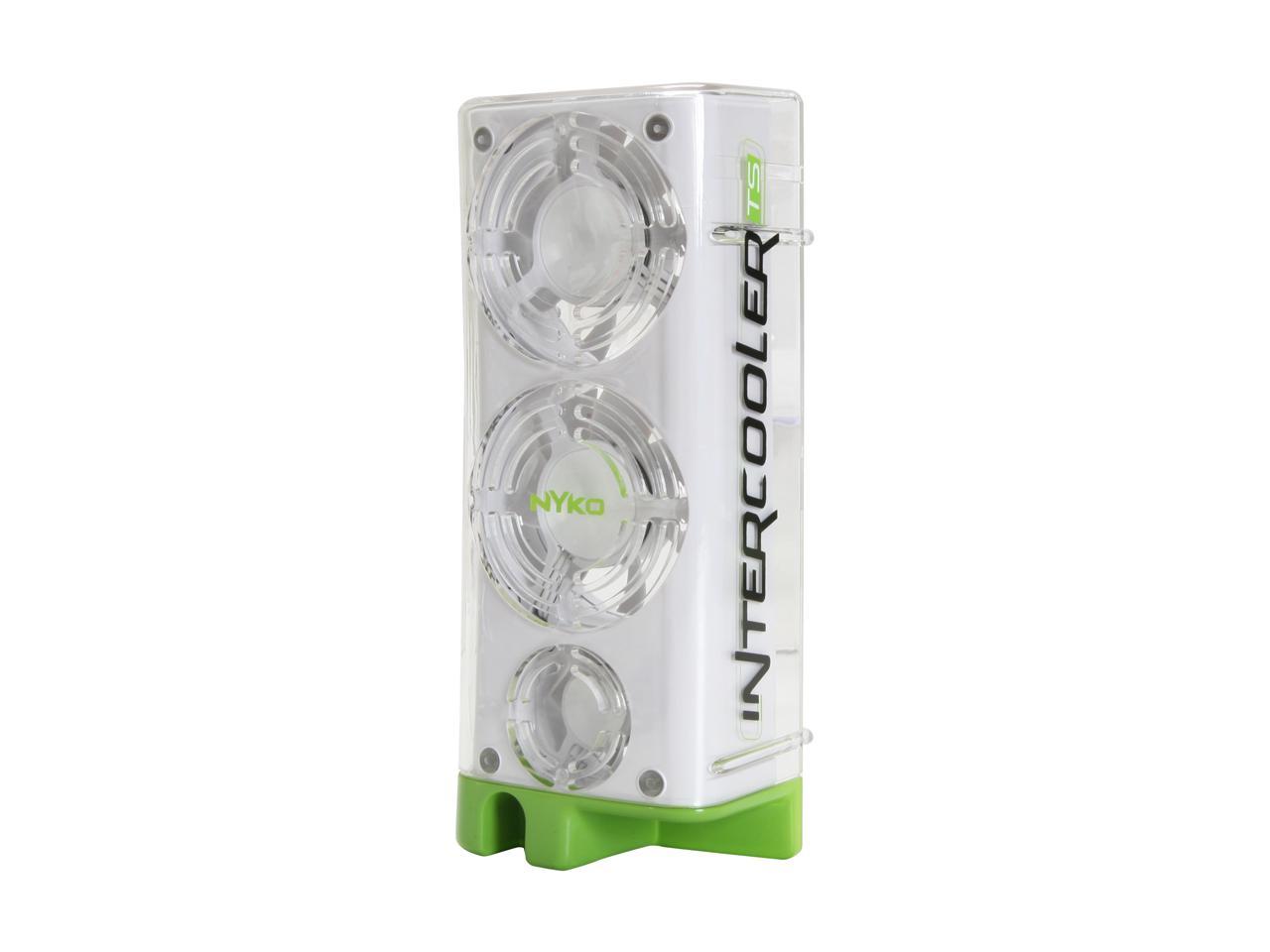 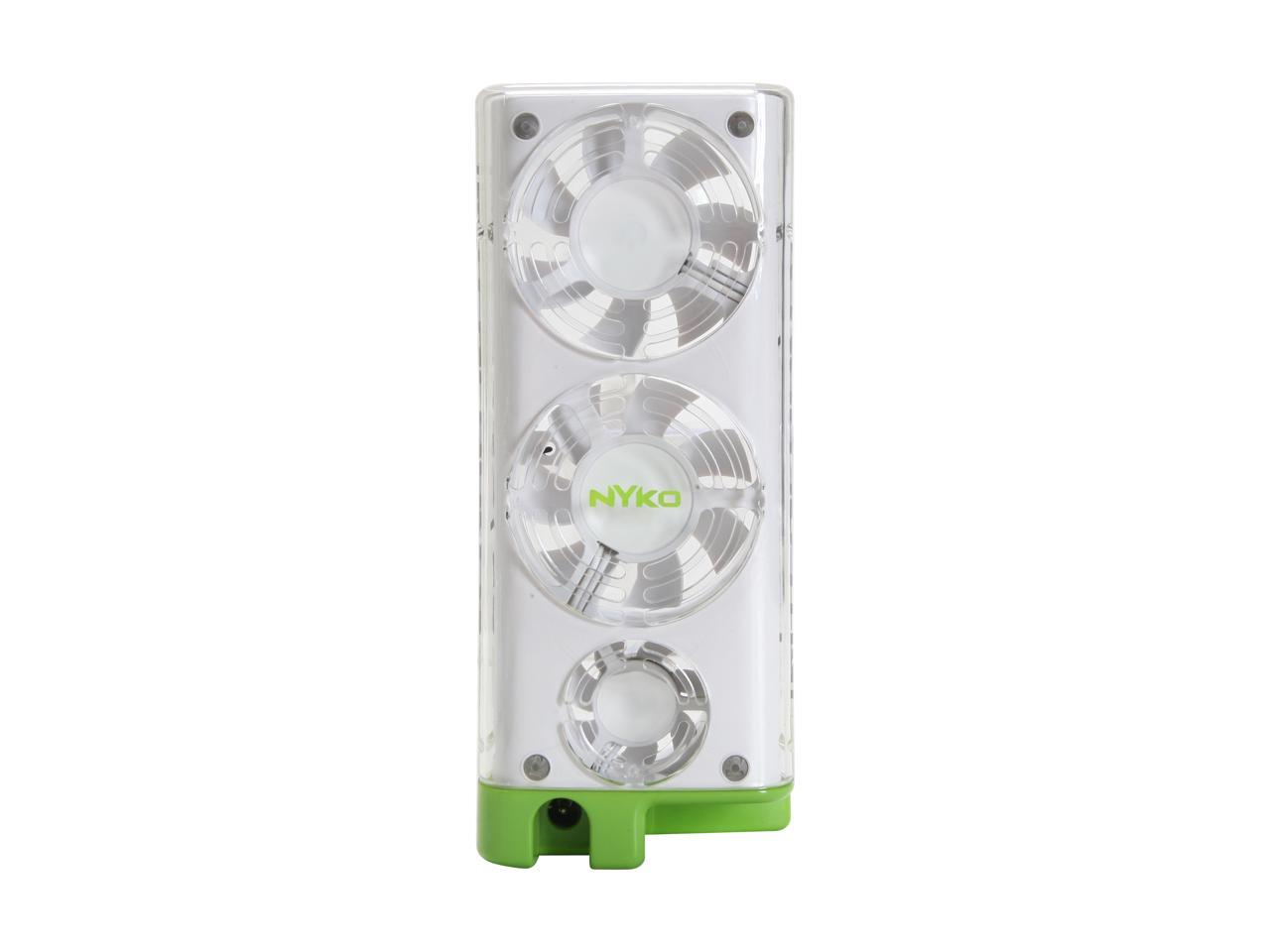 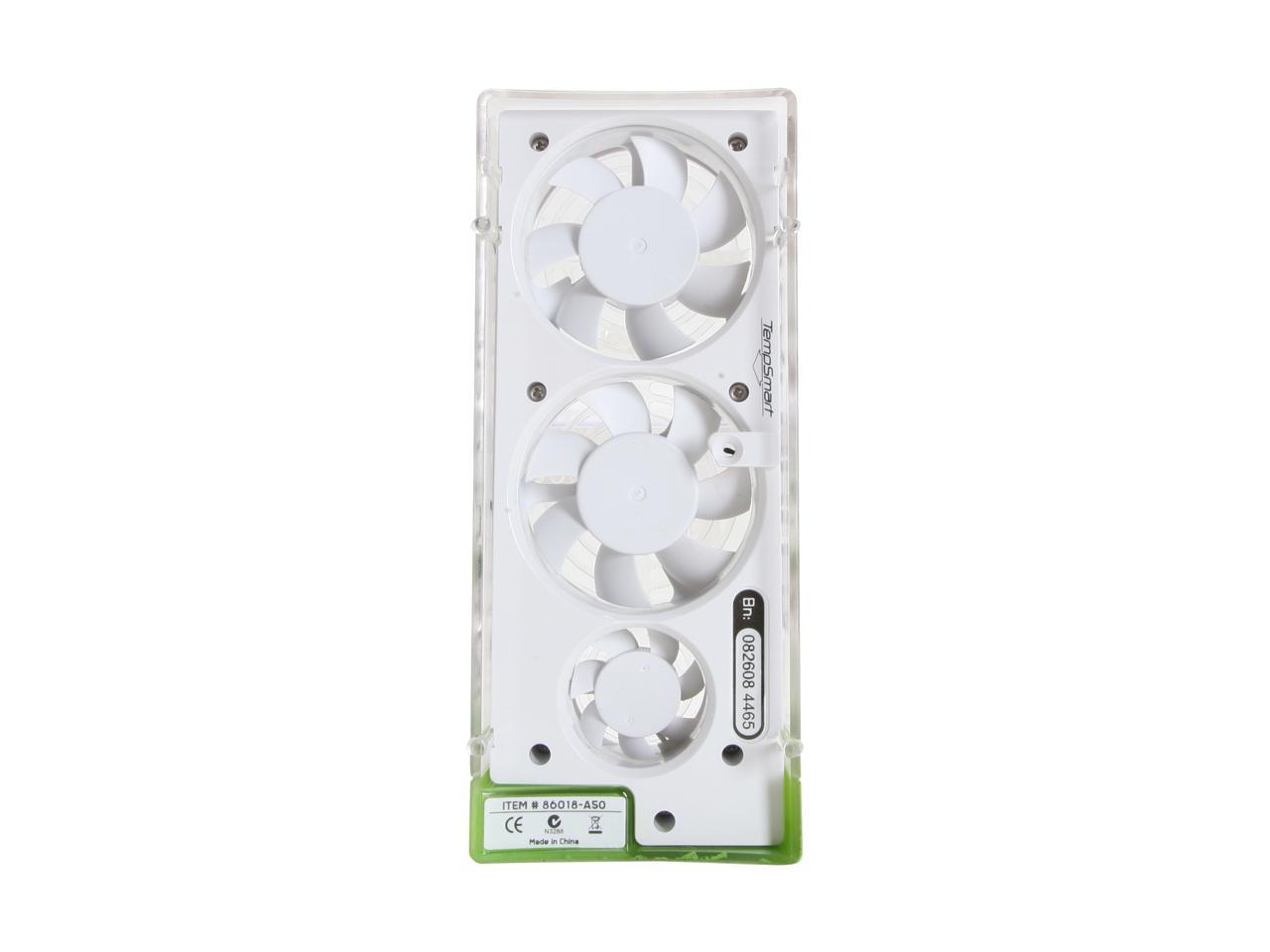 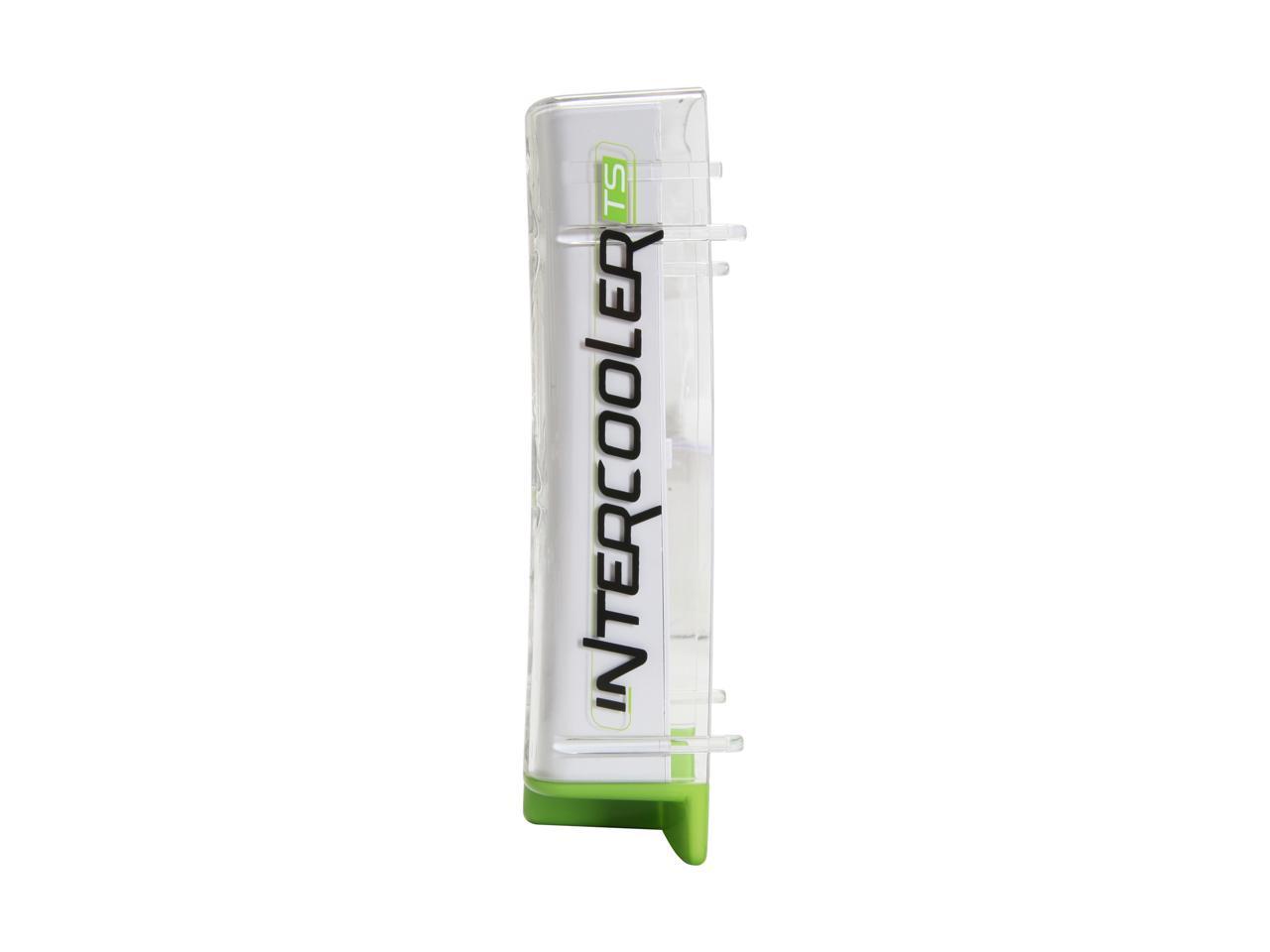 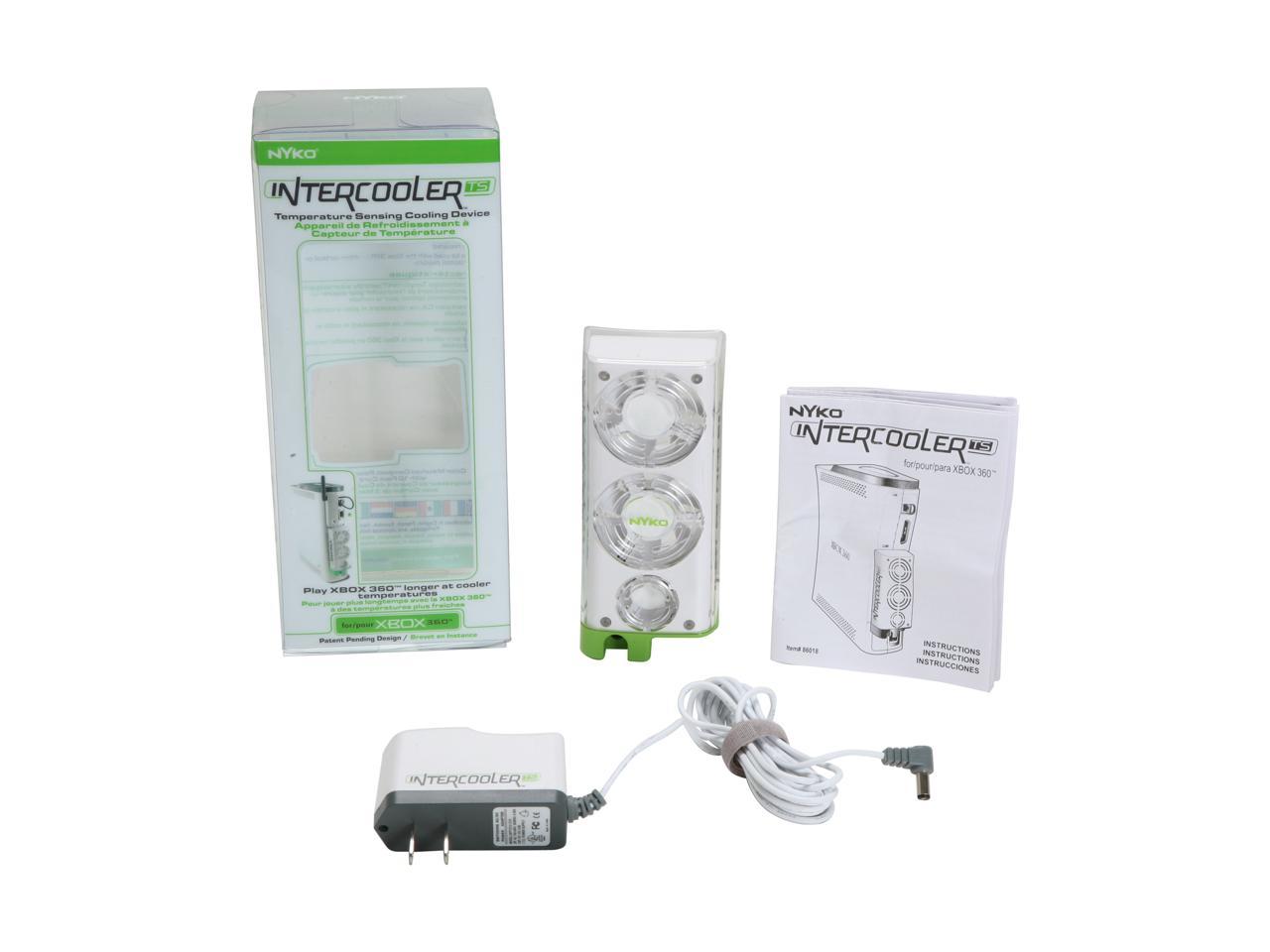 Pros: I've had a 360 for years now, and I'm on my 3rd refurb'd console. The first two had hardware problems, including the RRoD. After I got my 3rd one, and learned to stay away from the dangerous one that attached directly to the PSU, I found this little guy. Works great, and it pushes out TONS of air! It says on the package that it speeds up due to temperature, but it basically stays maxed out all of the time, since the console creates a massive amount of heat. Compared to not running an intercooler at all, whenever this guy is attached, it heats up my room, and a good portion of my apartment. And I'm talking about several degrees of heat, which is EXCELLENT in the cold winter months :D. This guy definitely does it's job. Also, the cord is longer than the power supply is. So freaking long. Excellent for reaching new plug-ins.

Cons: They're built a tad poorly. There's 3 fans on it, two big ones, and then the small guy on the bottom. I've ended up going through 3 of these in the last few years because of this issue. The smallest fan tends to haul. And I mean fast. And because of that, it makes a horrific whirring sound. This only happens after the console is first turned on, and generally goes away after a few taps/smacks or within the first 5 minutes of being turned on, but it's SO annoying!! I don't know whether to blame the manufacturer or the insanely dusty environment I live in, but I wish they would last a bit longer. Definitely get my $20 though, since they keep my console alive :D

Overall Review: This is the best intercooler you can get for your 360. I recommend getting an intercooler that attaches to the bottom and works as an intake, that way the NYKO can function better and increase the airflow in your console.

Pros: It matches the white xbox perfectly. It fastens firmly to the back of the x-box. Uses its own power supply.

Cons: A little loud, but not too too bad... You can get used to it after a while. Blows hot air...

Overall Review: Im not sure that this thing actually does anything. I know one thing for sure... If your buying this to keep an xbox in an enclosed area dont bother buying it. I thought this would eliminate the relocation of the xbox from my TV stands enclosure, but the xbox still got hot enough that it red ringed and locked up twice (once by trial and error, the other by accident). I have to keep the enclosure's door open while the xbox is on, despite the fact that the enlosure has a sizeable air vent on the back of it...

Pros: This thing does what it says and it works well. For $19.99 you can't beat this. I would recommend this over the other "updated" intercooler. When it comes to cooling your Xbox 360 this is what you need. I enjoy the fact that it keeps my Xbox 360 at a relative cool temperature even when I'm not using it.

Cons: It does runs a little loud but not as loud as the other models of NYKO Intercoolers. To be totally honest it does seem a little loud but to me that means its doing its job. But to some it might seem to bother them but I that is just being picky.

Overall Review: Right now for my Xbox 360 I use the NYKO Intercooler TS 360 and the Pelican Xbox 360 Stand ( has a fan ). If you are serious about keeping your Xbox 360 cool I recommend using the Intercooler and the Pelican Stand. It keeps it stable and has a fan underneath. The only down side is it has to be in the vertical position.

Pros: Pushes a LOT of air & it's not powered by the XBox. Runs only when necessary, automatically (my last cooler required me to turn it on & off)

Pros: turns on and off by itself, not very loud, own power

Overall Review: very good buy for under $20.00, my halo edition 360 would skip every now and then when playing, problem disappeared after the cooler was installed

Pros: Works Great, Xbox 360 hasn't crashed/freezed since I've installed. The fans draw their own power, which is a good thing. You don't want a cooler drawing power from the xbox 360 itself.

Cons: Not really a con, just a criticism of Microsoft. The quality on their xbox 360 is truly unacceptable. I'm certainly going to avoid buying their next console, whenever that comes out.

Overall Review: I'm on my 3rd xbox 360. It's the only game console I've ever had to replaced, and I've pretty much all of them going back to the 1990's with the exception of the Dreamcast. Unfortunately, in my experience, coolers like these are absolutely essential if you don't want your xbox 360 to break down overtime due to overheating.

Pros: Thermally controlled, automatic on/off Reliable: working great for over 1 1/2 years with hundreds of hours on it.

Cons: It is a little louder than the stock 360 fan but that's hardly a reason not to get one.

Overall Review: Except for the poor soul who said his caught on fire (yikes!) ours has worked great and flawlessly. I have one on each of our 3 XBOX's and all 3 have worked great, with no issues. Like the other poster said, use some compressed air to clean the dust out of your console, put it in an area that has decent ventilation, put this intercooler on it and play worry free!

Cons: Doesn't cool quite as good as the old Intercooler EX. But that is really a trade off, since the old EX could fry your system.

Overall Review: Just buy this cooler right now. The 360 is hosed due to a faulty design. Every 360 will eventually red ring because of the heat generated by the GPU, and the fact that the DVD drive is millimeters over the GPU, trapping heat and eventually frying the components and warping the motherboard. The newer revisions of the 360 alleviate this problem some, but they will red ring too. Do yourself a favor and buy this cooler to prevent this from happening to your 360. Nyko has pretty much ironed out all the problems the past Intercoolers had, and what we are left with is a must-buy to protect your investment. Trust me, I speak from experience. The RRoD is a hassle. Get this to prevent it from happening to you.