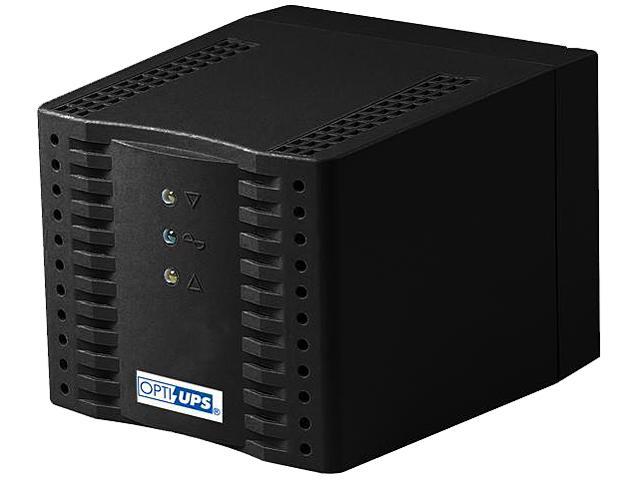 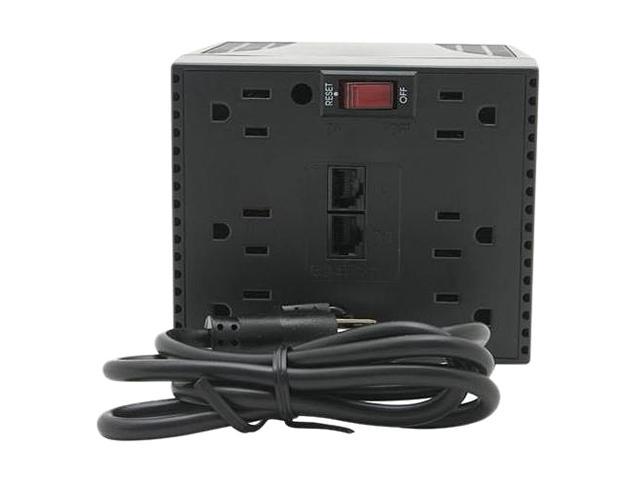 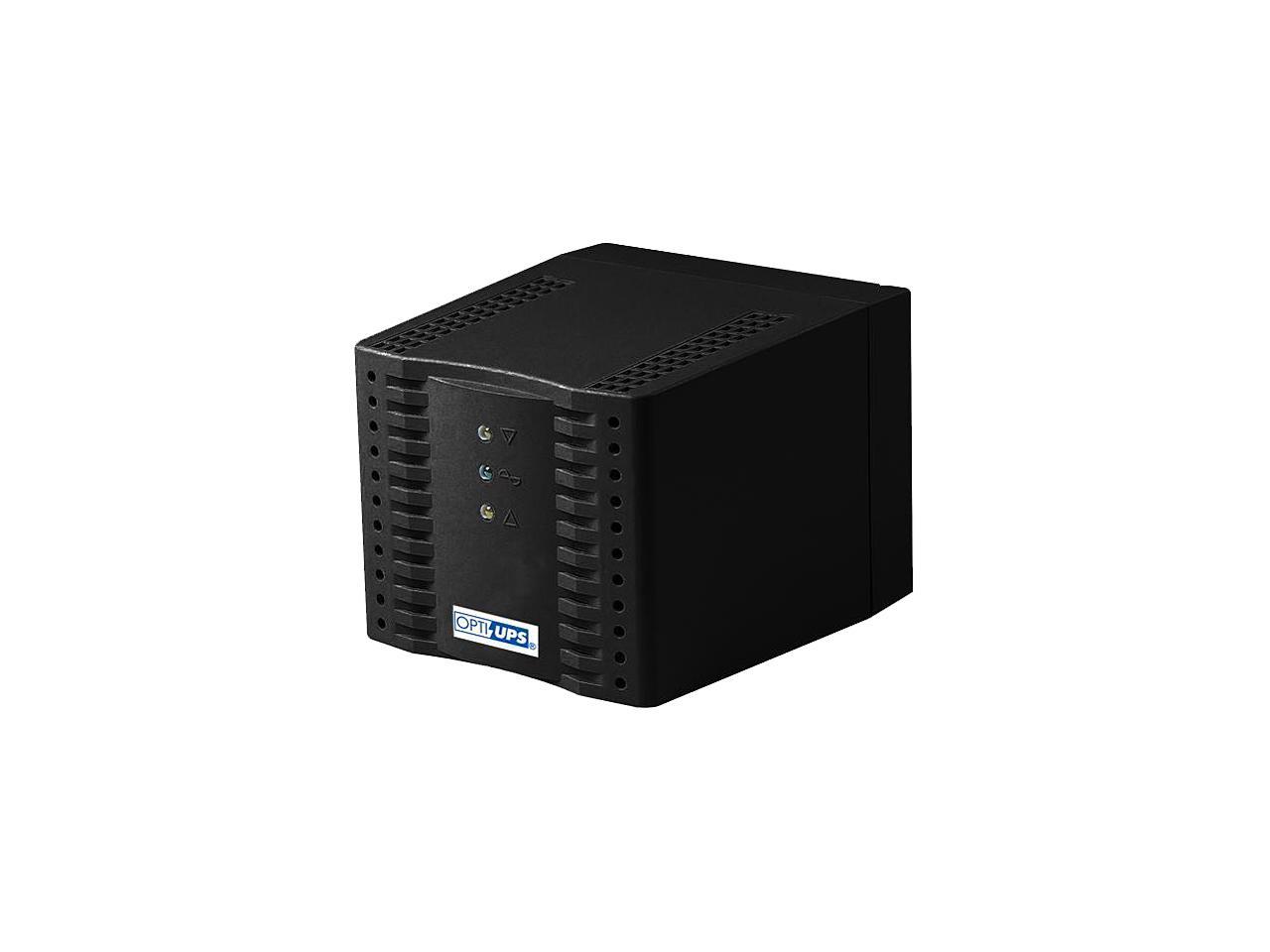 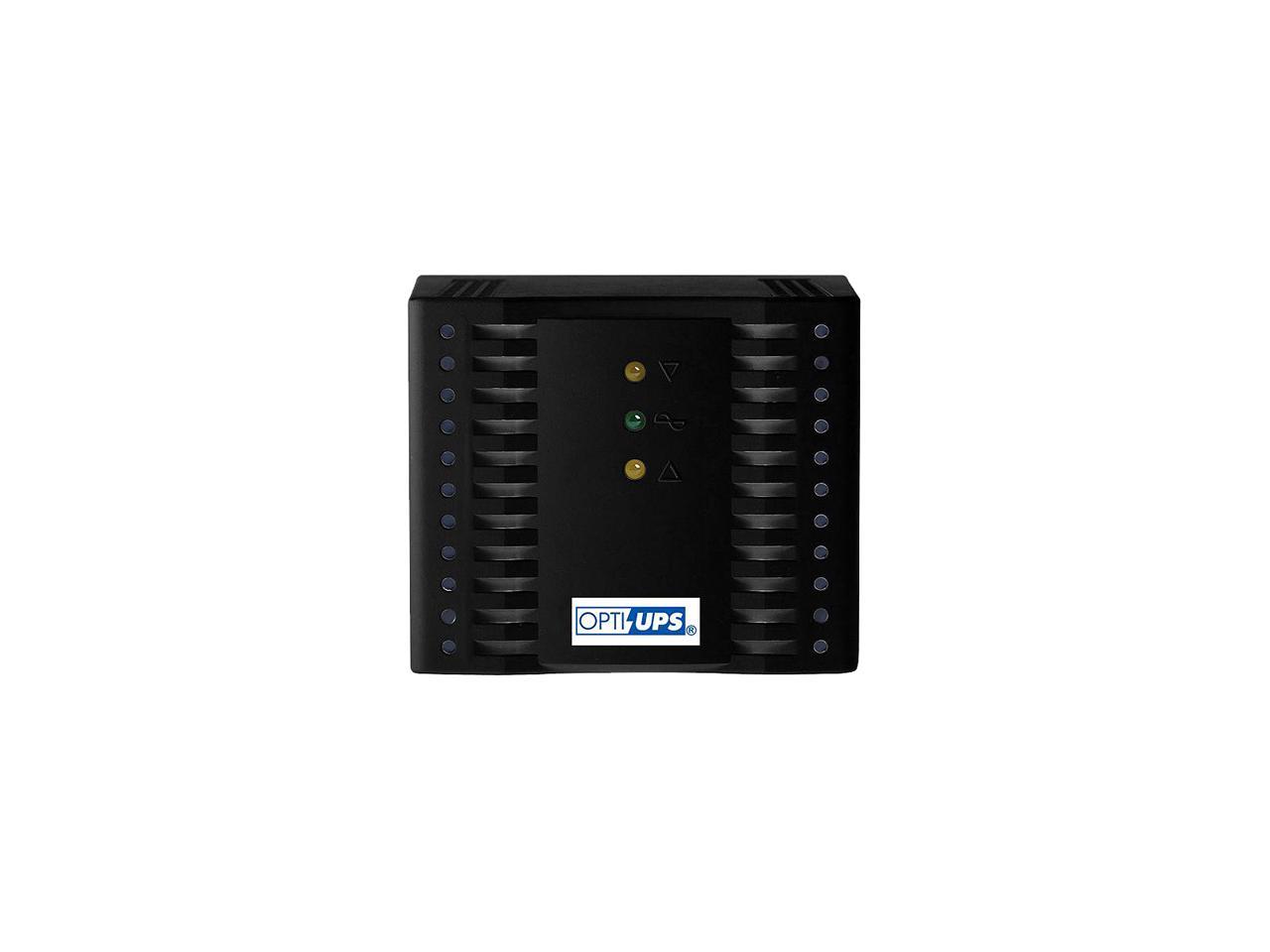 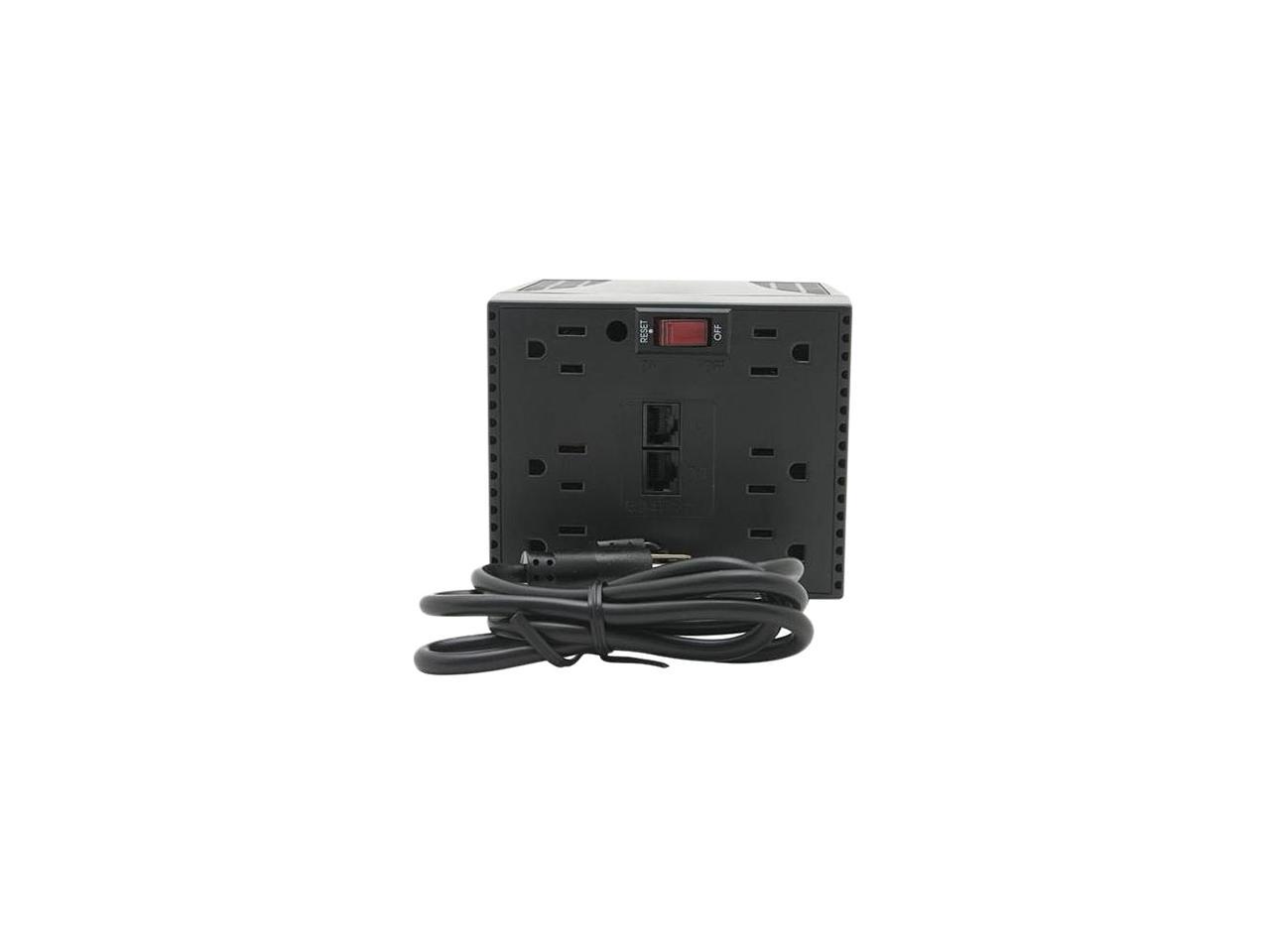 Pros: I had been having issues with my desktop ( power supply issues, boot issues ect) I did a bit of research and found that fluctuating intermittent incoming power issues could be the reason for these otherwise un-explained failures. I bought this regulator simply on a hunch and to otherwise add some additional protection in addition to a very good surge protector, I am SOOO glad I did. While it had been inline with my equipment for about a week with no warning lights...this morning while running my vacuum cleaner BINGO!!! the amber " Boost" light on the regulator came on. So now the mystery is solved as my line voltage has been taken care of. I would HIGHLY recommend this unit.

Overall Review: Well worth the money, the only thing I would suggest is that if you can afford the regulator/UPC Power back up unit, I would buy it. Remember to not overload the unit, I would not use any more than 75% of it power rating.

Pros: Provides clean power (steady 118.5V) to my new system after my old Dell died due to frequent power sags. A good surge protector works well in the rare event that a surge hits your house, but doesn't do much to prevent power sags. I live in an old house in a small town and the power is far from perfect. Every time the AC, furnace, or my wife's hair dryer kicks on, the boost light comes on to let me know that the power is being cleaned. On windy days, the buck light kicks on every now and then to keep those sags (which are typically followed by a small surge) from killing my mother board. Most of the time the it just sits in normal mode which is fine by me. My Dell XPS 600 went through 3 hard drives, 2 motherboards, two processors, and a few sticks of RAM within 4 years. It was annoying but it was under warranty for most of it. Not taking the same chances with my custom rig. My DSL modem just died in a storm 3 days ago so I'm ordering the 1200 model for my networking equipment.

Cons: Chintzy box and bad user guide... but all you need to do is plug it in. It's not rocket science.

Pros: Computer electronics can be delicate and susceptible to damage from power irregularities that include voltages too high or too low. Spinning hard drives are especially susceptible to damage from voltage irregularities. This product protects the computer well against such momentary irregularities. This is not a battery backup, it regulates voltage as an Autmatic Voltage Regulator (AVR). I have purchased several and tend to give them as gifts. This also works as a surge protector. There is no need to plug this unit into a separate surge protector. Merely plug it directly into the wall outlet. This unit breaks the circuit at 525 Joules.

Cons: This product is not certified by Underwriters Laboratories (UL). I would feel better about the product if it was but several of these have worked for several years now with no issue. Underwriters Laboratories provides safety related testing and certification for accepted standards that include the amount of current and heat sustained before this unit would catch on fire. It would be reassuring to know a foreign made product meets domestic safety standards.

Overall Review: The Opti-UPS S1200 model provides protection for a maximum capacity of (1000VA / 500 watts). The S2200 model provides (2000VA / 1000 watts). Compare this wattage with the size of the Power Supply Unit (PSU) in the computer you attach to this. Here is the manufacturer product specification sheet. www.opti-ups.com.tw:8080/Catalogue/20-SS.pdf

Pros: To update my previous review, Tim from Opti-UPS sent me a replacement unit and a call tag to return the one I received broken. Package showed no signs of shipping abuse. Thanks for taking care of the problem!

Cons: Unit has a slight hum to it. Probably normal for this type of electrical device.

Pros: "The electric line power filter gives me peace of mind for a huge laser printer that can't be plugged into a UPS. Simply plug in and it does it's job!"

Pros: Pretty quick shipping for the time of year....

Cons: Product was broken when unpackaged. Loose pieces rattling inside. Appears to have broken upon assembly. Shipping carton was not damaged and the product box also shows no signs of abuse. Hopefully someone will take care of this without costing me anything additional.

Pros: Provides a constant 119v to my pc that we have in a lab. When the other machines would start running the voltage would dip down to 110-115v. Now the boost light turns on and boost the voltage back up to 119v.

Cons: the housing is not the greatest of quality. You wouldn't want to accidentally drop it.

Pros: I replaced an ancient powerstrip for my stereo with this little gem. I live out in the country where power spikes/deficiencies are common. It's a dream come true! I love it!