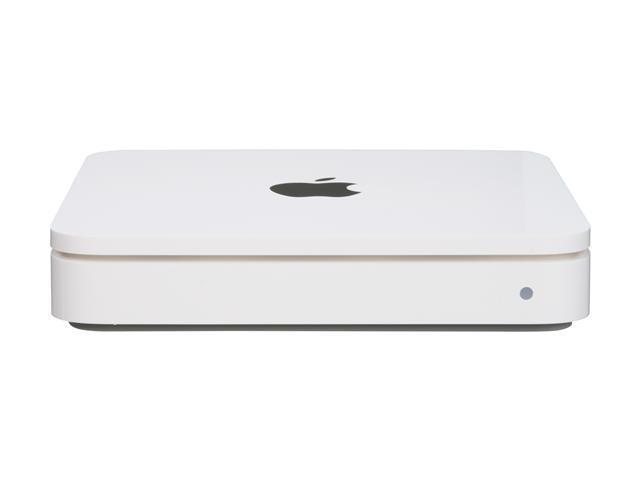 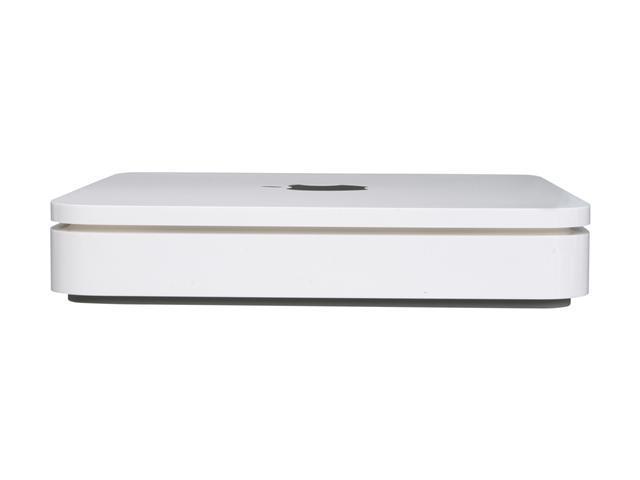 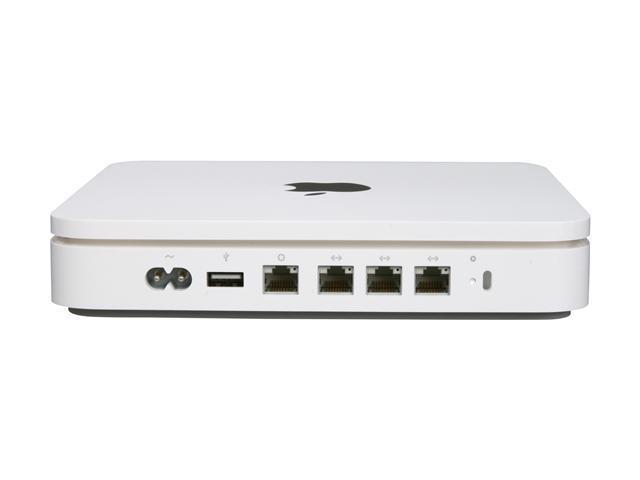 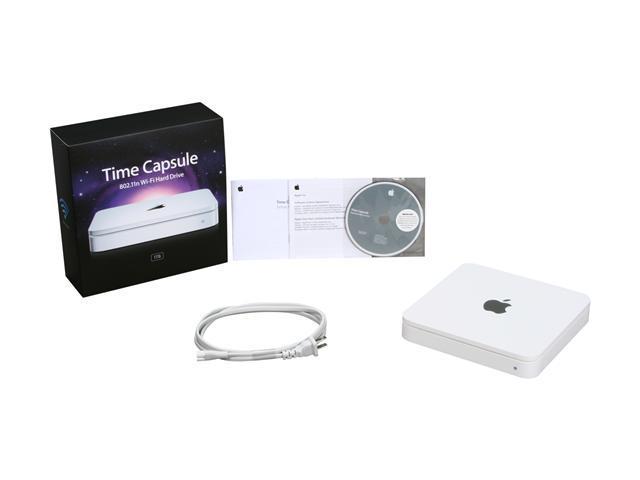 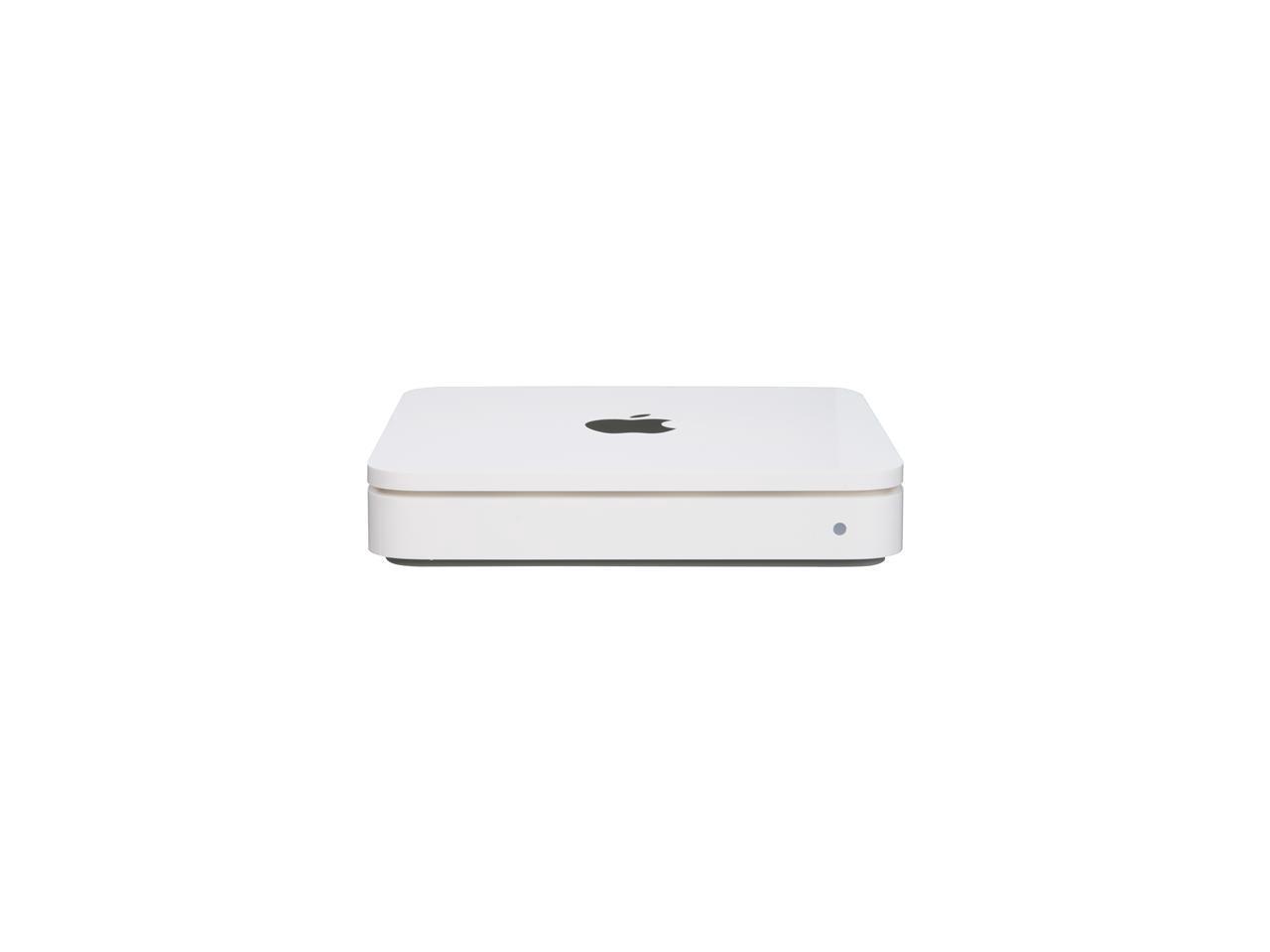 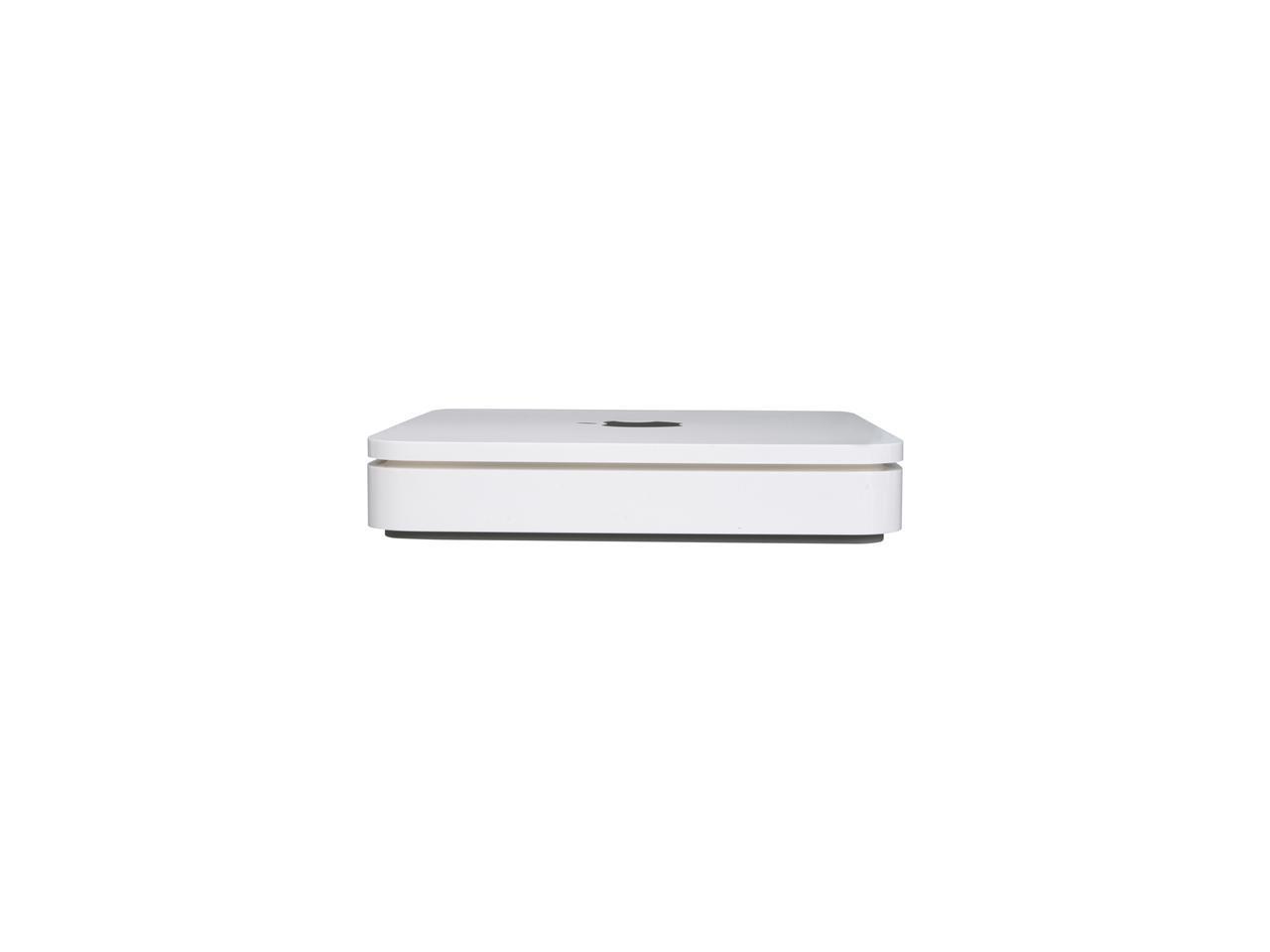 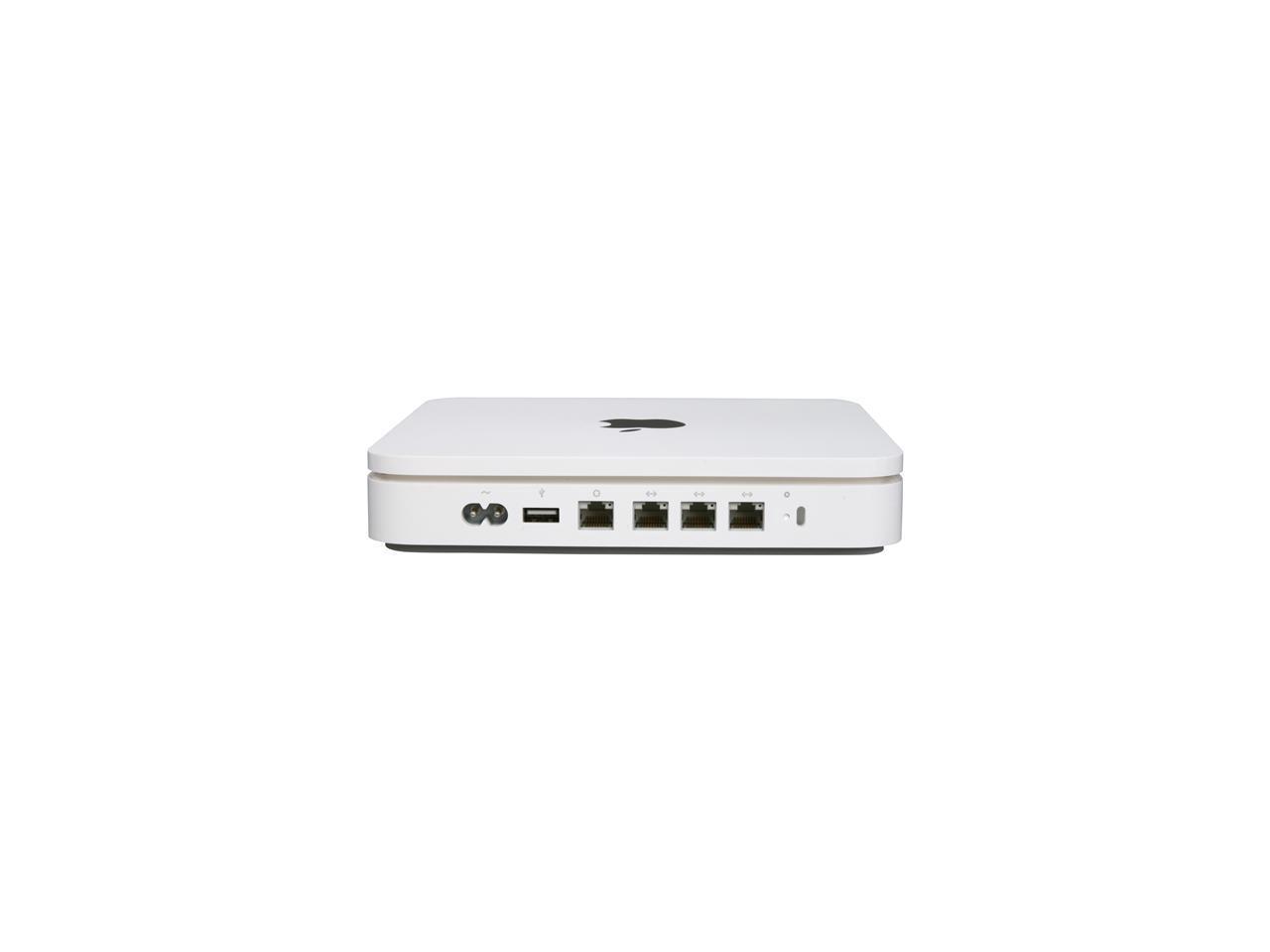 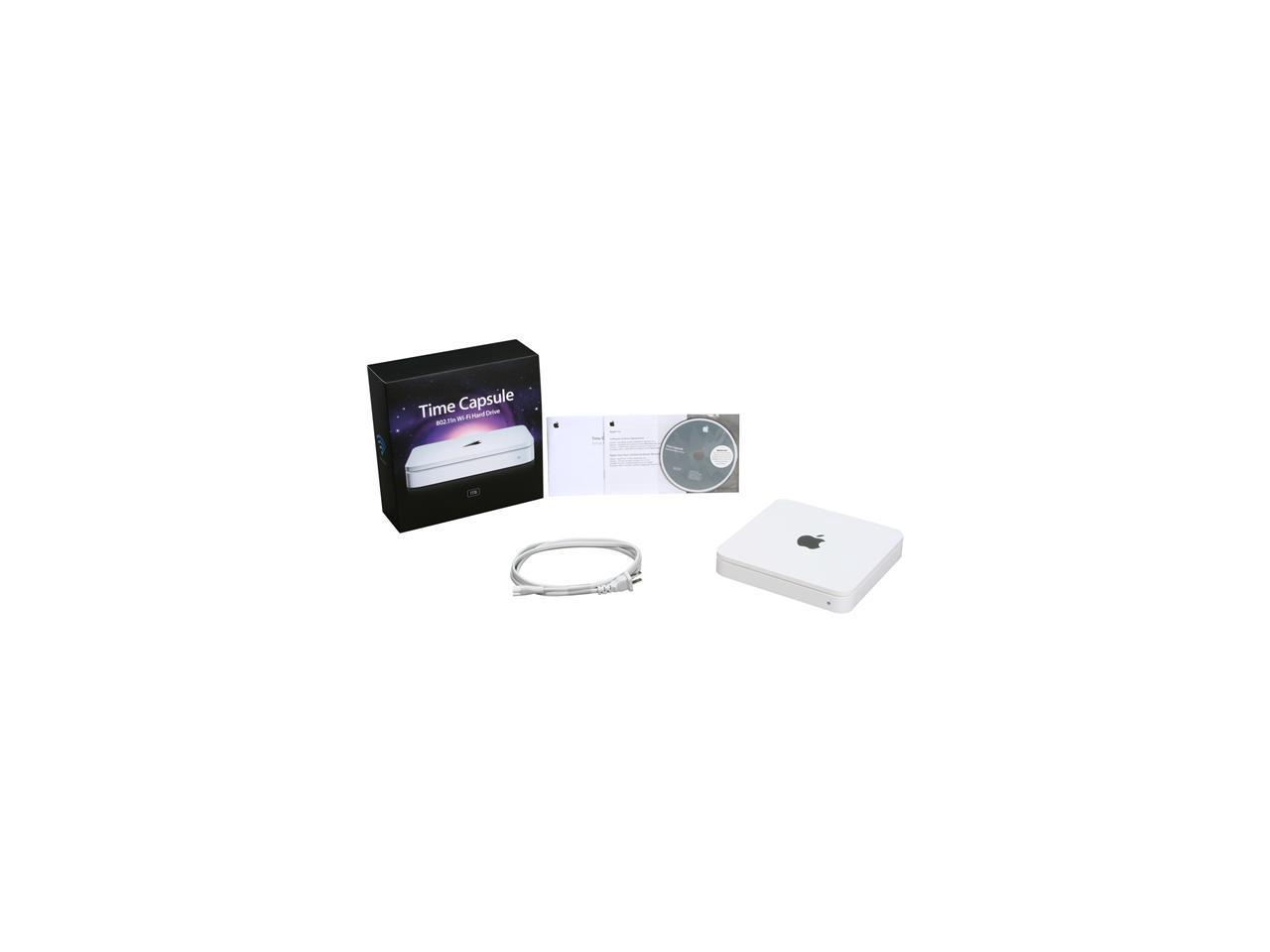 (8) Write a Review
OUT OF STOCK.
Overview
Specs
Reviews
Back up a lifetime's worth of memories with the Time Capsule, a wireless hard drive that works seamlessly with Time Machine in Mac OS X Leopard or Snow Leopard. It’s also a full-featured 802.11n Wi-Fi base station with simultaneous dual-band support that works with Mac computers, PCs, iPhone, iPod touch, Apple TV, and virtually all 802.11a/b/g/n Wi-Fi wireless devices - all at the same time. The massive 1TB or 2TB server-grade hard drive gives you all the capacity and safety you need for backing up all your Mac computers.

Pros: All in one Fast Design

Overall Review: My came with a dead HD in it, returning it.

Pros: Seemless backup, and integration with other Apple products. It's pretty.

Overall Review: I tried to use it as a NAS for both my Macbook Pro and Windows 7 desktop. I had all my music library and photos on stored on it. I also had a printer hooked up to it. I had quite a bit of trouble with a installation on the Windows machine. Apple's software (Bonjour, I think) kept installing the wrong driver for it (which is pretty funny considering that it was one of those fancy printer that Apple used to sell on their site). My overall experience pretty much reflects what CNET wrote in their review.

Cons: The unit died after 20 months. Did some checking on the web and found reports of hundreds of these units dying at around 18 months. It seems they are poorly designed for dissipating heat. After an initial spat of problems Apple “redesigned” the unit by changing the fast hard drive with a slow 5400 rpm drive to reduce the heat output. Apple also agreed to replace a lot of the early units. The later units still have the same problem but Apple does not care. I called their help line and the guy told me “it lasted almost 2 years, that’s pretty good”. Somehow I expected a $300 product to last longer than that. In the end they referred me to a non-Apple company in the area that might be able to help me get the data off the unit, for a large fee. If you do decide to purchase on of these units be sure to frequently back it up, especially once it is older than 18 months.

Overall Review: Some how I was expecting more from Apple.

Pros: Pretty good wifi coverage. Looks great, blends with other Apple products. Easy to set up with the Apple software, either or Mac or PC.

Cons: runs HOT. Not easy to partition data. No way to throttle traffic. I've had two, both died after a little over a year. Quirky errors, then finally gave up the ghost, and it all seemed related to heat. Really a lack of ventilation on these units.

Overall Review: One of Apple's design failures - it's a great idea, but bad execution, and I've been an Apple fan for years. This device has merit - but not in this application.

Pros: Looks nice, as all apple products do.

Overall Review: Who ever heard of a time capsule that you have to crack open in less than 2 years?

Cons: This hardware item has a massive failure rate. Its strongly advised you google time capsule failure rate before you buy this item. people have collected data on this item and the hardware failure rate gets higher and higher for every year owned. at the 3 year mark was basically a 100% failure rate. I would most definitely not trust this drive for sensitive data.

Pros: Elegant Design!! Been working perfectly with my macbook and apple TV. Owns it for about 2 years and never gave me any issues. Easy setup.