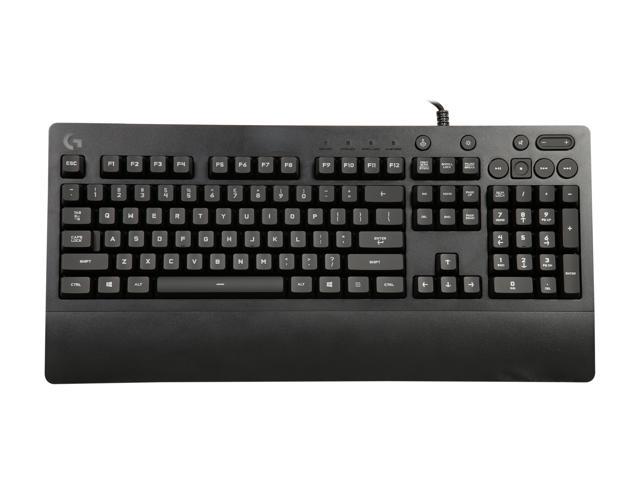 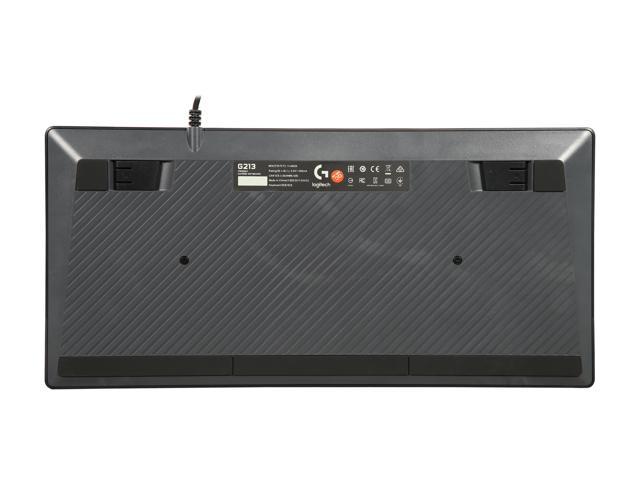 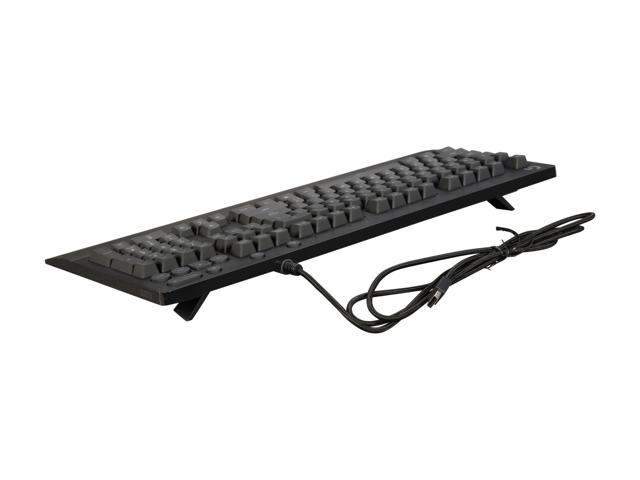 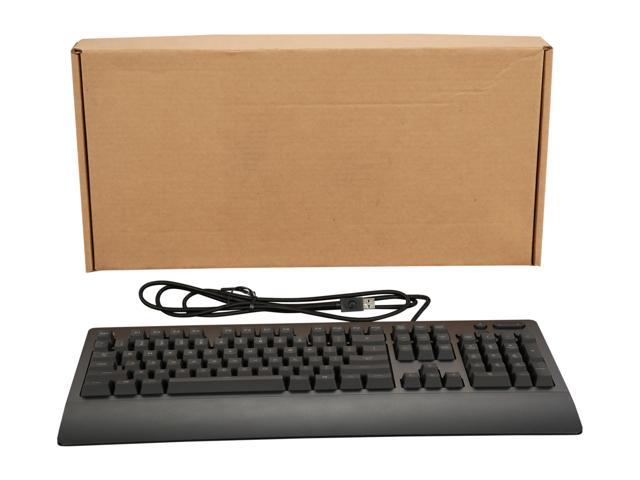 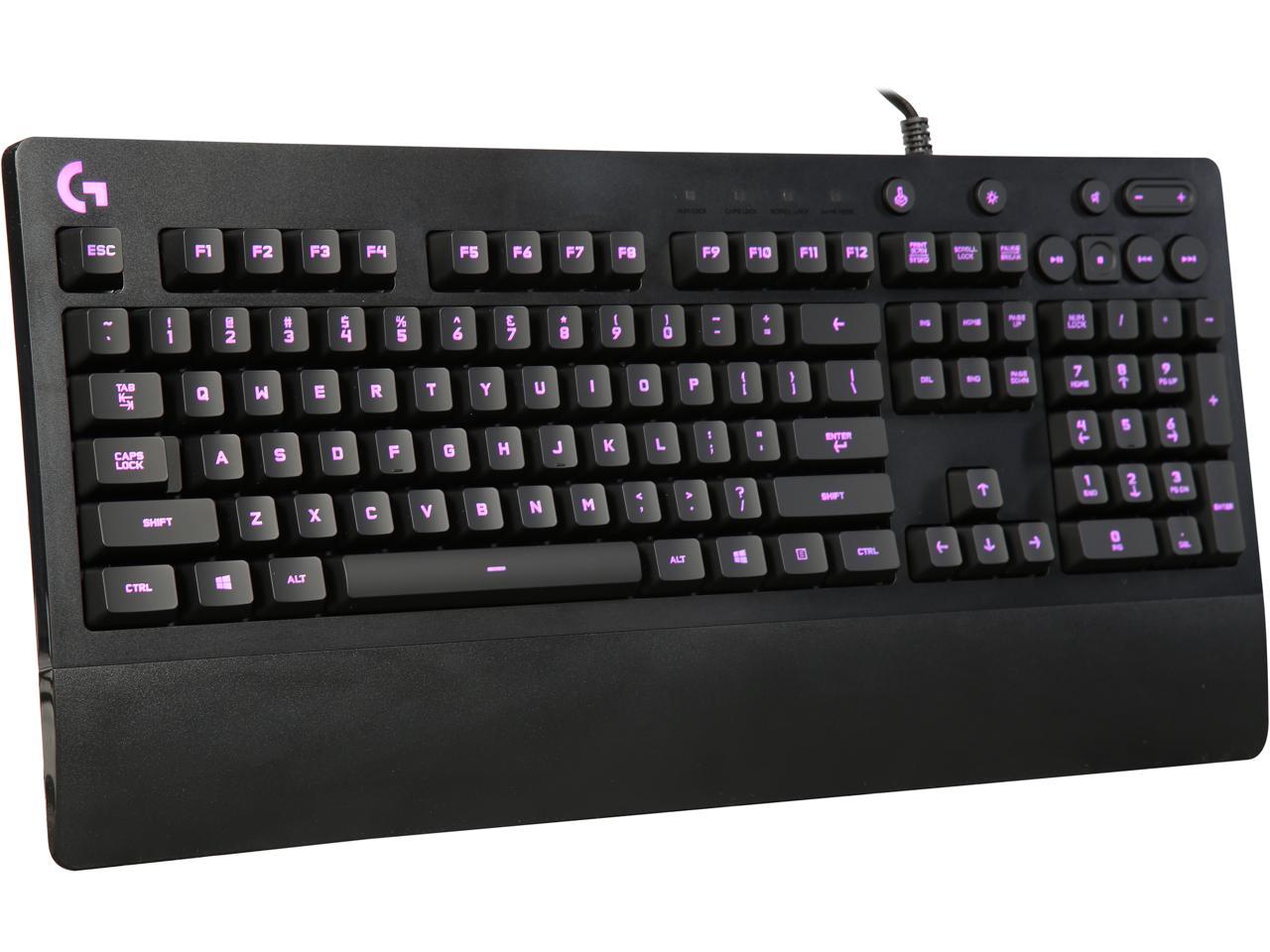 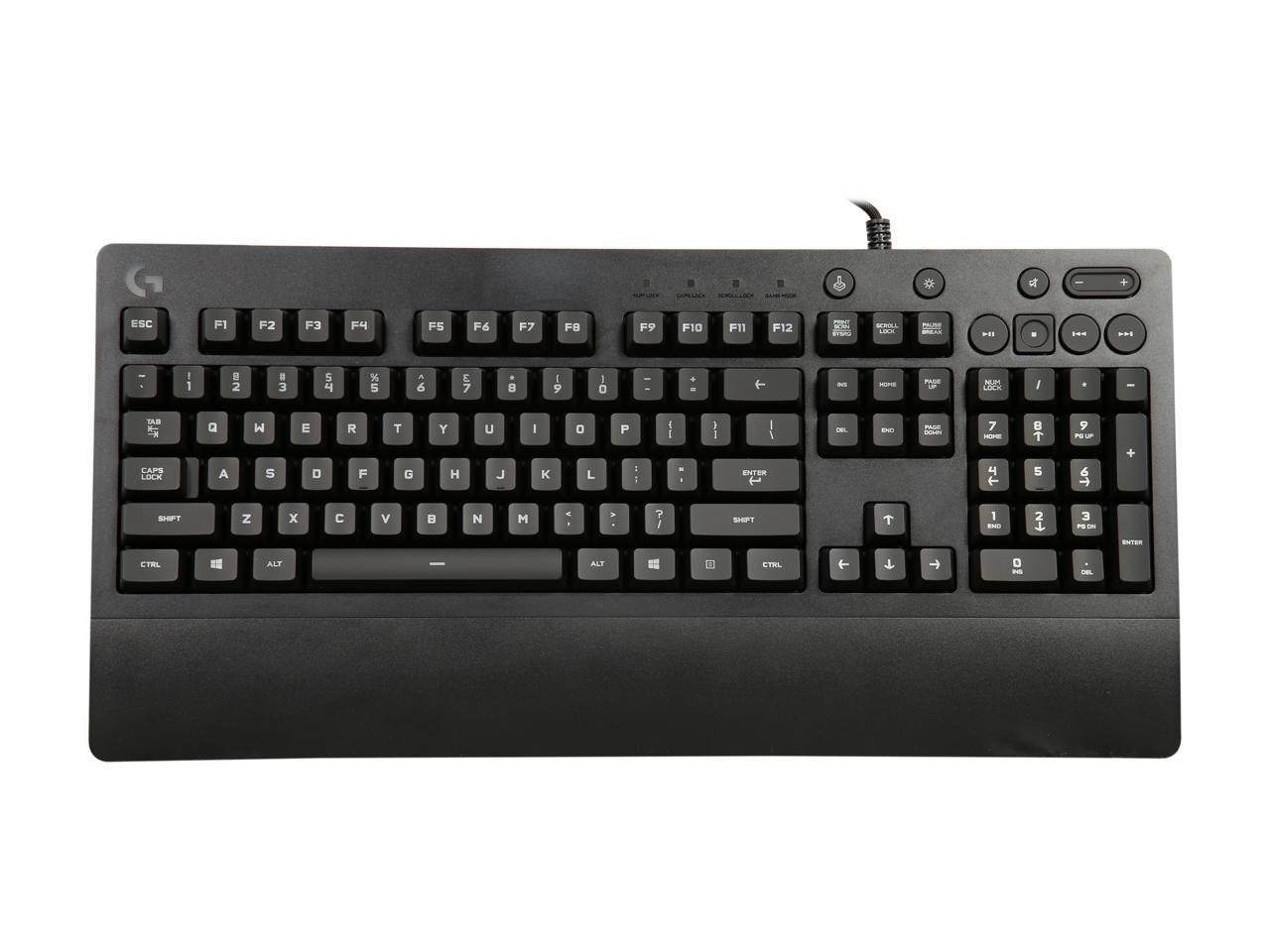 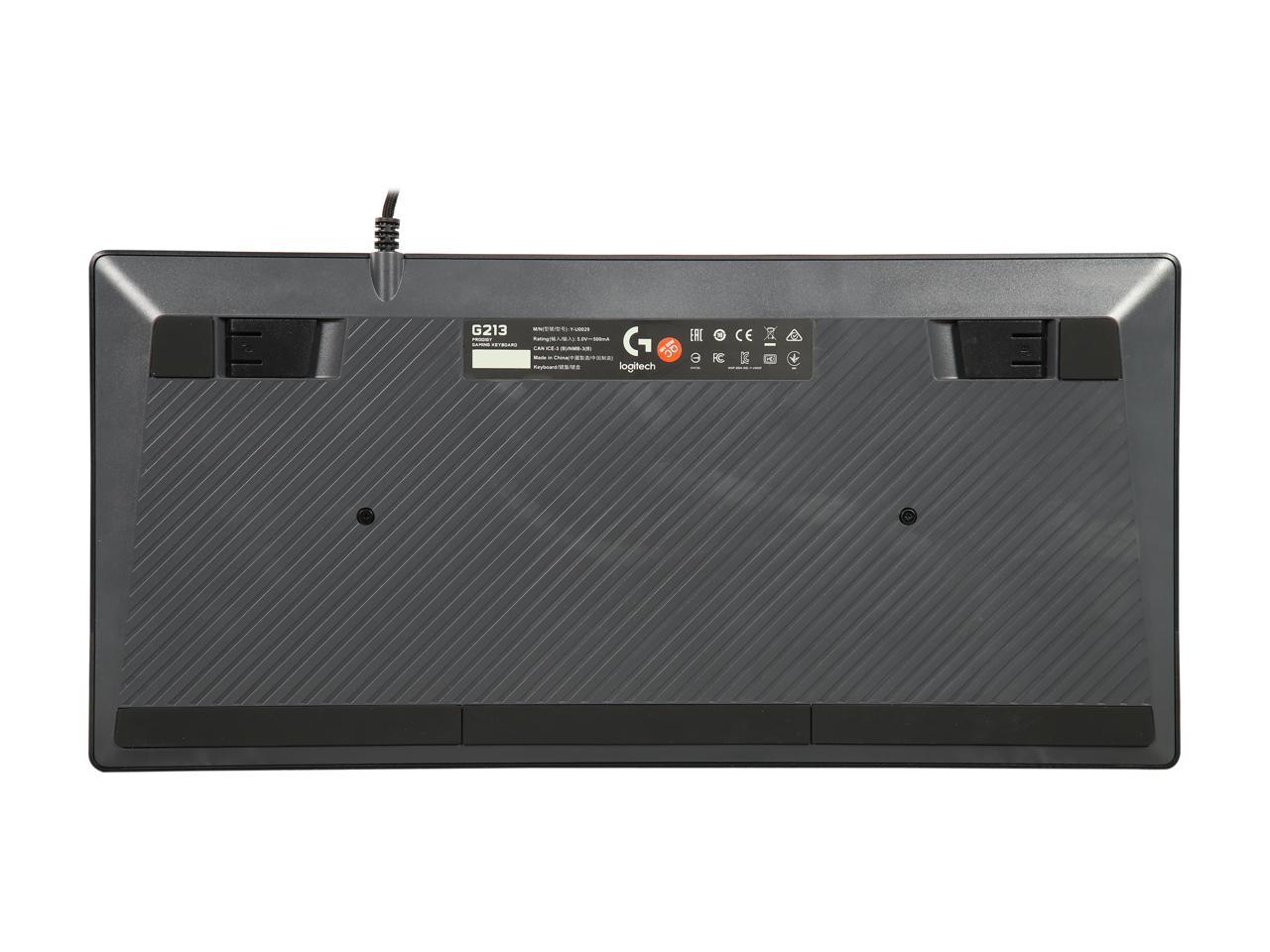 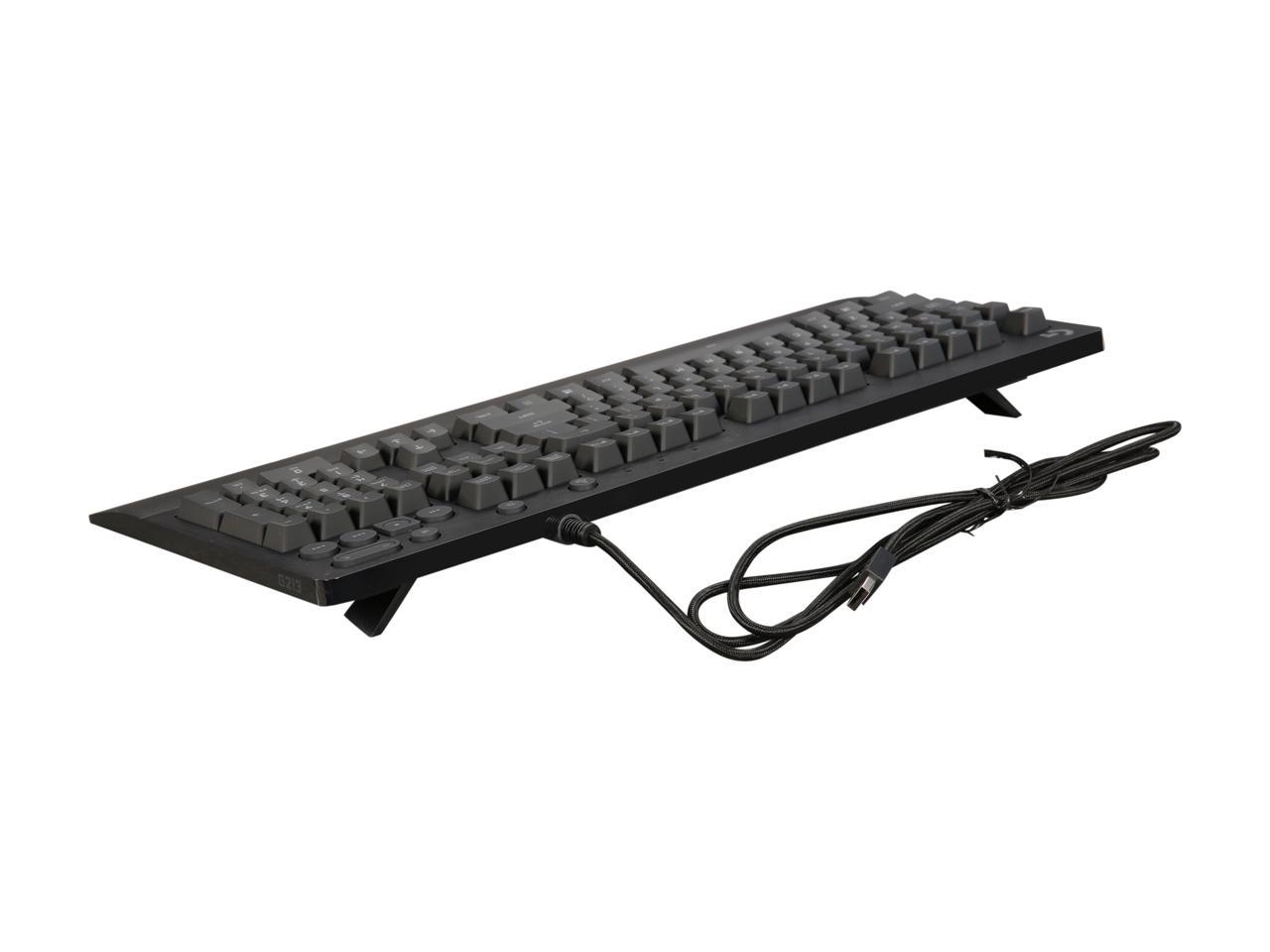 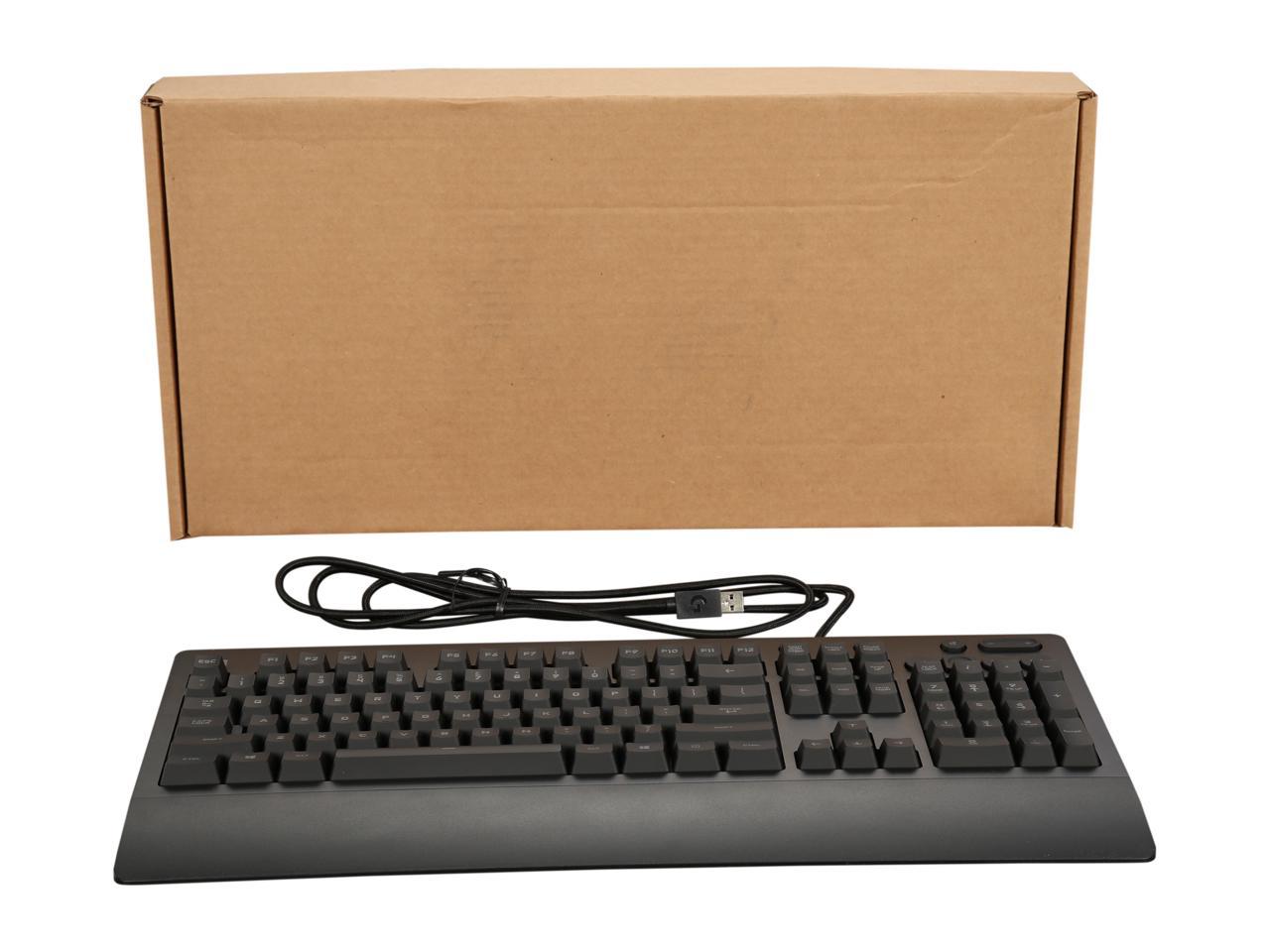 This means the product was tested and repaired as required to meet the standards of the refurbisher, which may or may not be the original manufacturer. Any exceptions to the condition of the item outside the manufacturer’s information should be provided in the listing, up to and including warranty details.
(10) Write a Review
See more "logitech keyboard"
In stock.
Ships from United States.
Most customers receive within 5-9 days.
Overview
Specs
Reviews The G213 Prodigy gaming keyboard was designed for gaming, and featuring ultra-quick, responsive feedback that is up to 4x faster than the 8ms report rate of standard keyboards, and an anti-ghosting matrix that keeps you in control when you press multiple gaming keys simultaneously. A modern keyboard with five individual lighting zones in a spectrum of approximately 16.8 million colors. Change colors to match your setup, specific games or just to showcase your favorite colors. Low light leak around the keycaps means more light comes through the lettering, making each key more brilliant and easier to find in the dark.* Control your background track without pausing the action. G213 features dedicated media controls that can be used to play, pause, and mute music and videos instantly. Adjust the volume, or skip to the next song with a touch of a button.

The G213 Prodigy membrane and keyframe construction design is built for real life, delivering spill resistance tested to 60ml liquid rating. The result is a keyboard built to contend with the realities of everyday gaming.

The two-level angle adjustment lets you set your keyboard to the ideal position, while the integrated palm rest relieves discomfort or fatigue, so you can keep playing comfortably round after round. Logitech Gaming Software lets you customize your G213 for added convenience and personalization. Set the RGB lighting, save time by assigning multiple functions to certain keys, and much more.

Learn more about the G213 Prodigy

Pros: The keyboard I received looked like it was professionally refurbished by Logitech. It came packaged in a brown box with protective plastic wrap around it. If you put it next to a brand new G213, you wouldn't be able to tell the difference, which is impressive considering this was half the price. I may be in the minority, but I actually like the feel of the "mecha-dome" keys. When the keyboard first came out, there were several complaints of inconsistent feel, but my example doesn't appear to suffer from this. Its tactile response is quite good, the 50-gram actuation force is just about perfect for my fingers, and I like the dedicated volume, mute, and windows key lock controls, which is something my previous Corsair keyboard lacked.

Cons: This is not a true mechanical keyboard, so don't go in expecting to feel like one that uses Cherry MX or a comparable clone switch. It's not as quiet as Logitech would like you to believe. The primary source of noise comes from the upstroke as it does on a Topre-switch keyboard. While you can dampen the noise on a Topre, such a thing is not possible on the G213. I don't find the noise obnoxious by any stretch, but it's still noticeable. There is RGB backlighting, but you can't configure it on a per-key basis. It's not a huge deal considering how inexpensive this keyboard is, but it still needs to be mentioned. The fixed wrist rest may be annoying to some. I've not had any issues with it, however.

Overall Review: The G213 isn't worth what it costs brand new. There are plenty of genuine mechanical keyboards in the $70-$90 price range that are superior. As a refurb at $35-$40, it makes a lot more sense. It's well built and the overall feel is a step up from a typical rubber dome board, plus you get the benefit of multi-color backlighting. Overall, I'm quite happy with this keyboard, and if for some reason it breaks, I'm not out a ton of money.

Pros: Came in perfect condition Doesn't look like it's ever even been touched before Works great No damage No signs of use Perfect

Overall Review: Great product and seller would suggest both

Overall Review: It's a good sized keyboard, so if you don't have a lot of space, that's a thing. Cord is long enough, too, in case your PC isn't super close.

Pros: Absolutely no signs of use, perfectly working after 3 months Colors option are limited but does what's it's supposed to do Very good price point

Cons: Keys are a little bit high (key travel) to my liking but at this price point nothing bad to say

Pros: -Looks like it was fresh out of the box -Works perfectly

Cons: -Kind of loud keys, but I don't mind it personally, as I prefer louder keys

Pros: Keys are light and easy on your fingers. Came from the flat , one color illumination model that lasted almost 10 years. Easy on your eyes. Fairly quiet. Very happy with it. Delivered on time, packed properly. Tried other models, the key letters and numbers disappear. Paint goes away from the keys.

Pros: WOW! this looks really cool on Neweggs website, and it's not a bad price.

Cons: This is one fancy "tinker-toy". Has everything but the "Mattel" logo on it. It is a very nice looking board, but the software is very limited. You cannot program this as you would expect. (no individual key settings for LEDs.) You basically get a half dozen settings and that is it.

Overall Review: I did not order the extended warranty, but I was charged for it. Is Newegg trying to tell me it won't last.