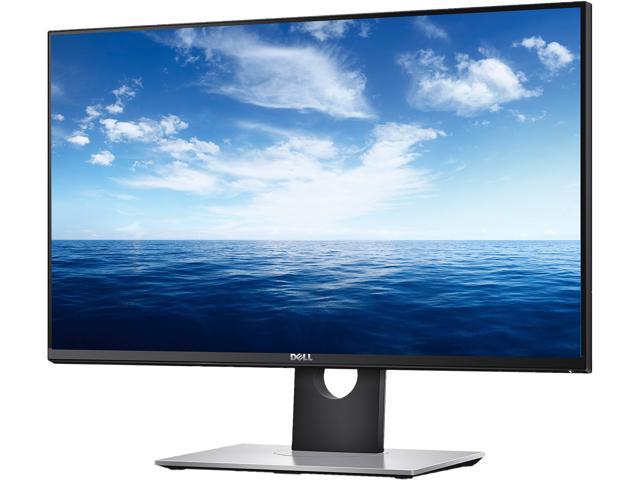 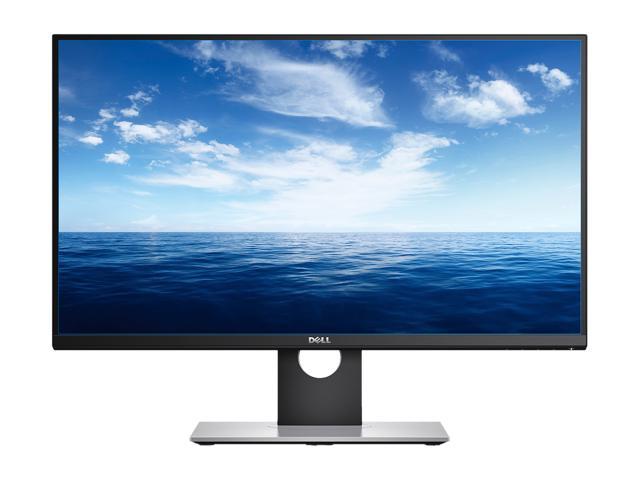 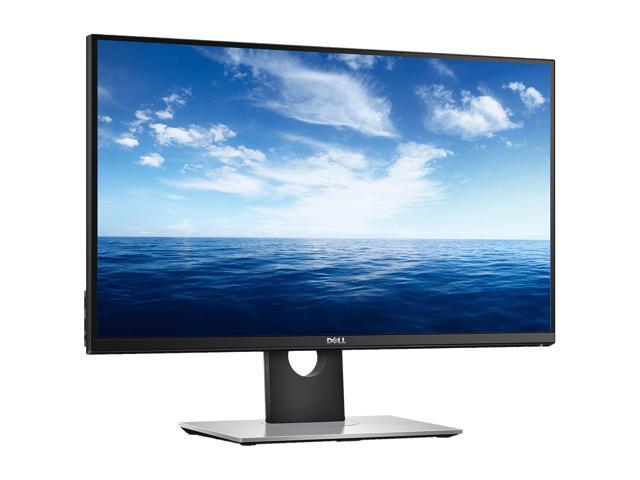 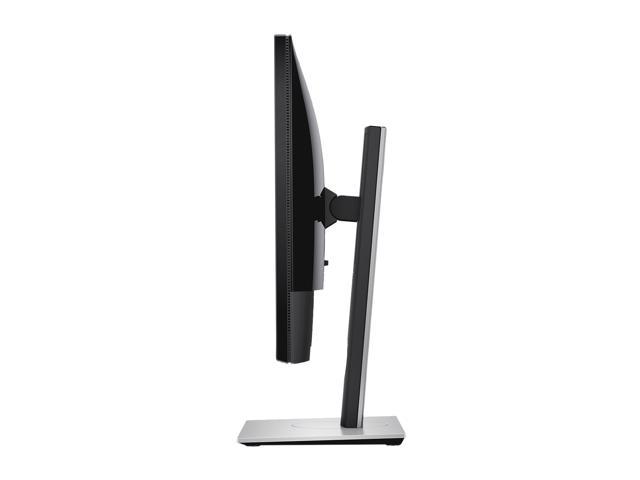 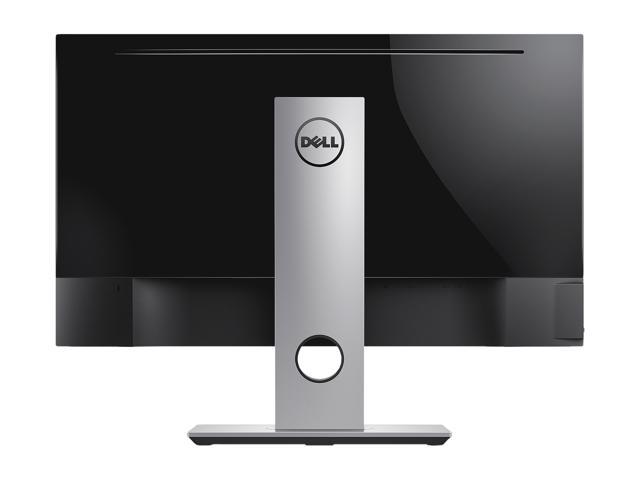 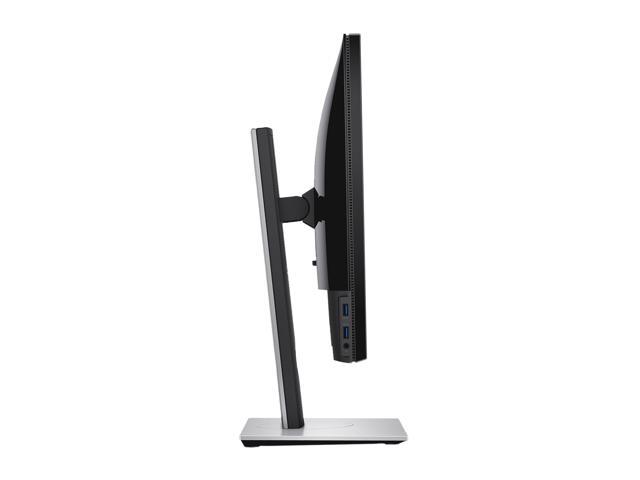 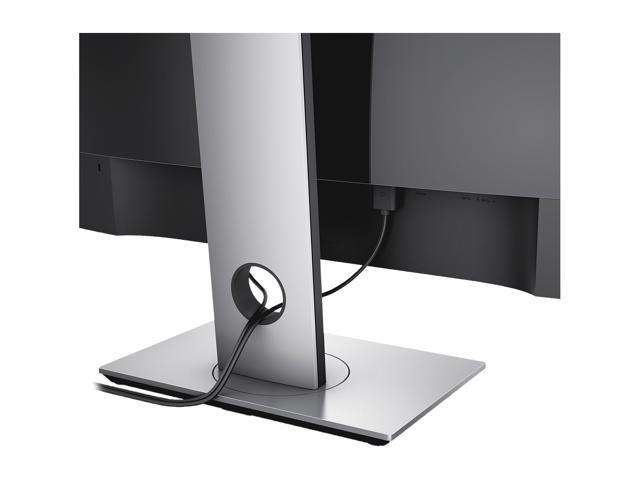 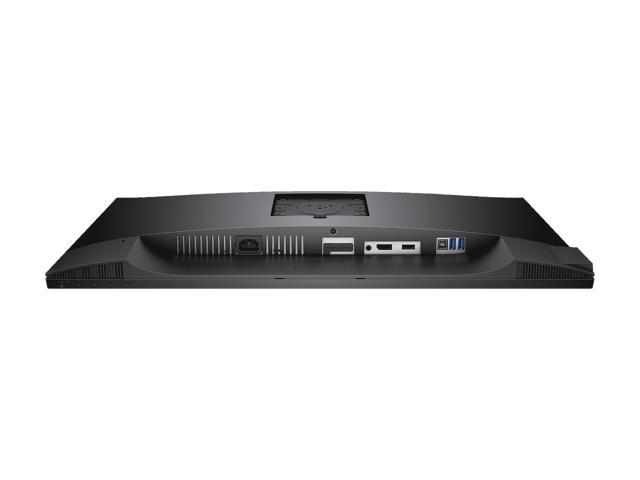 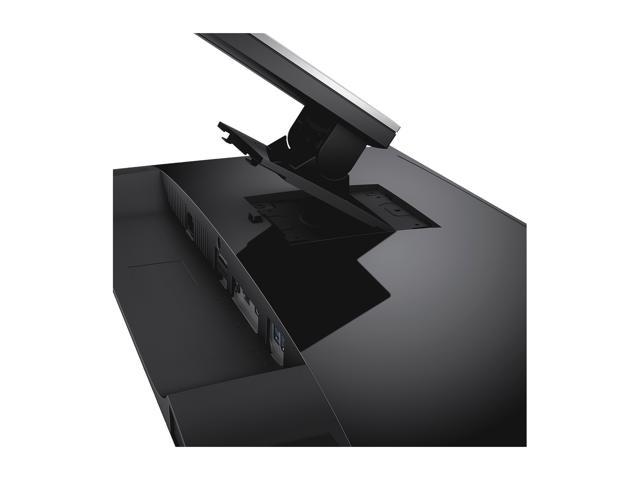 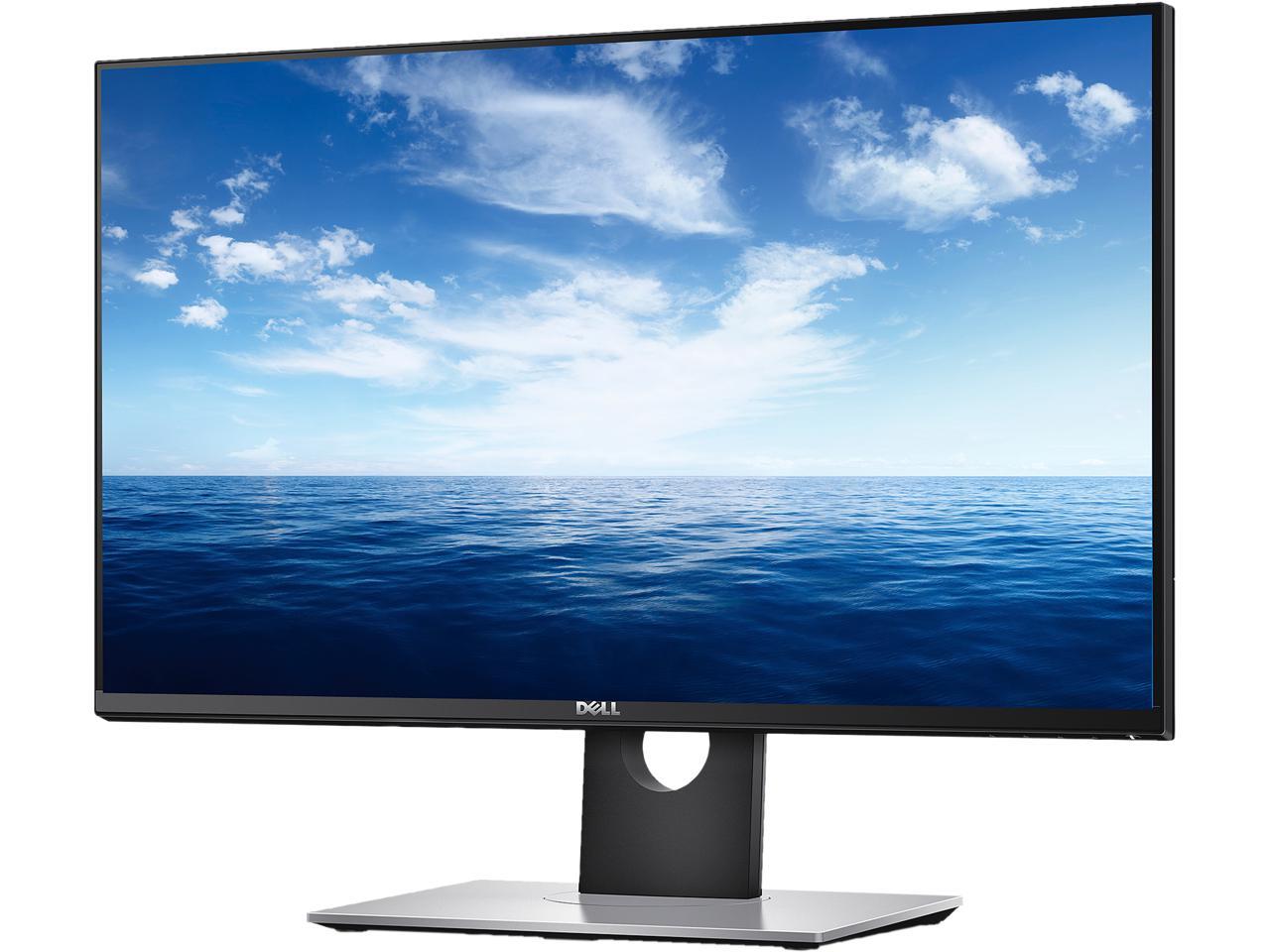 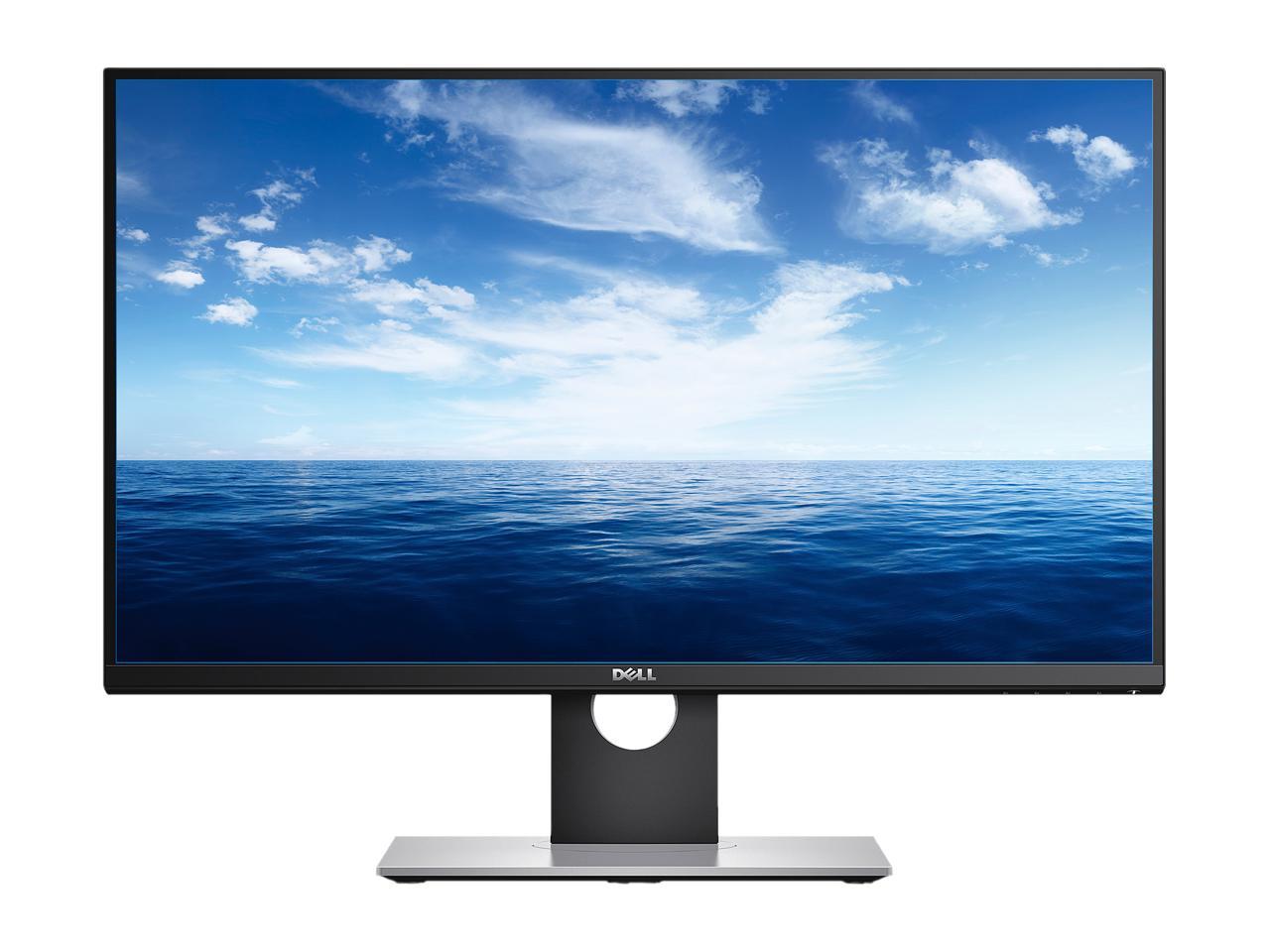 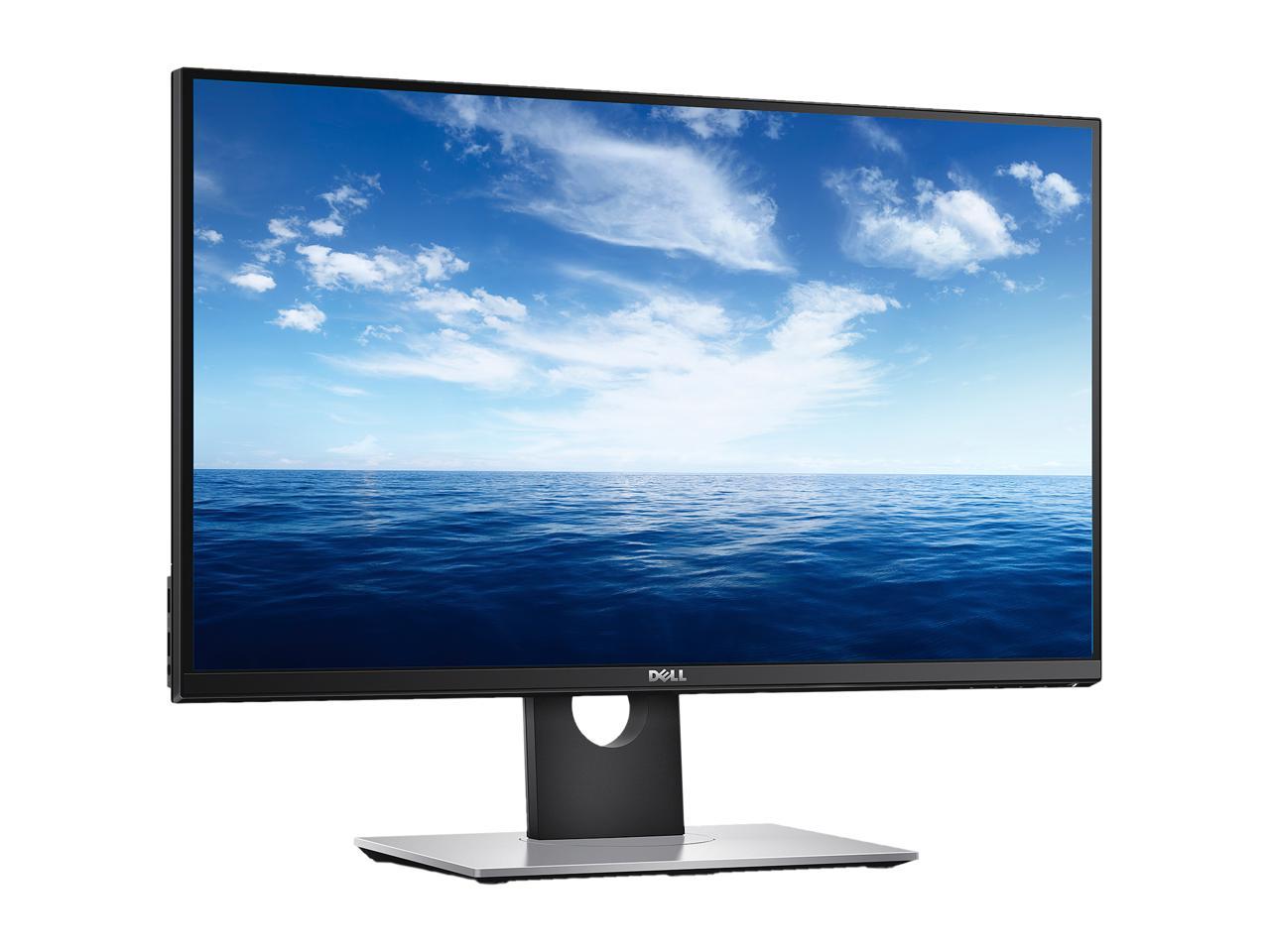 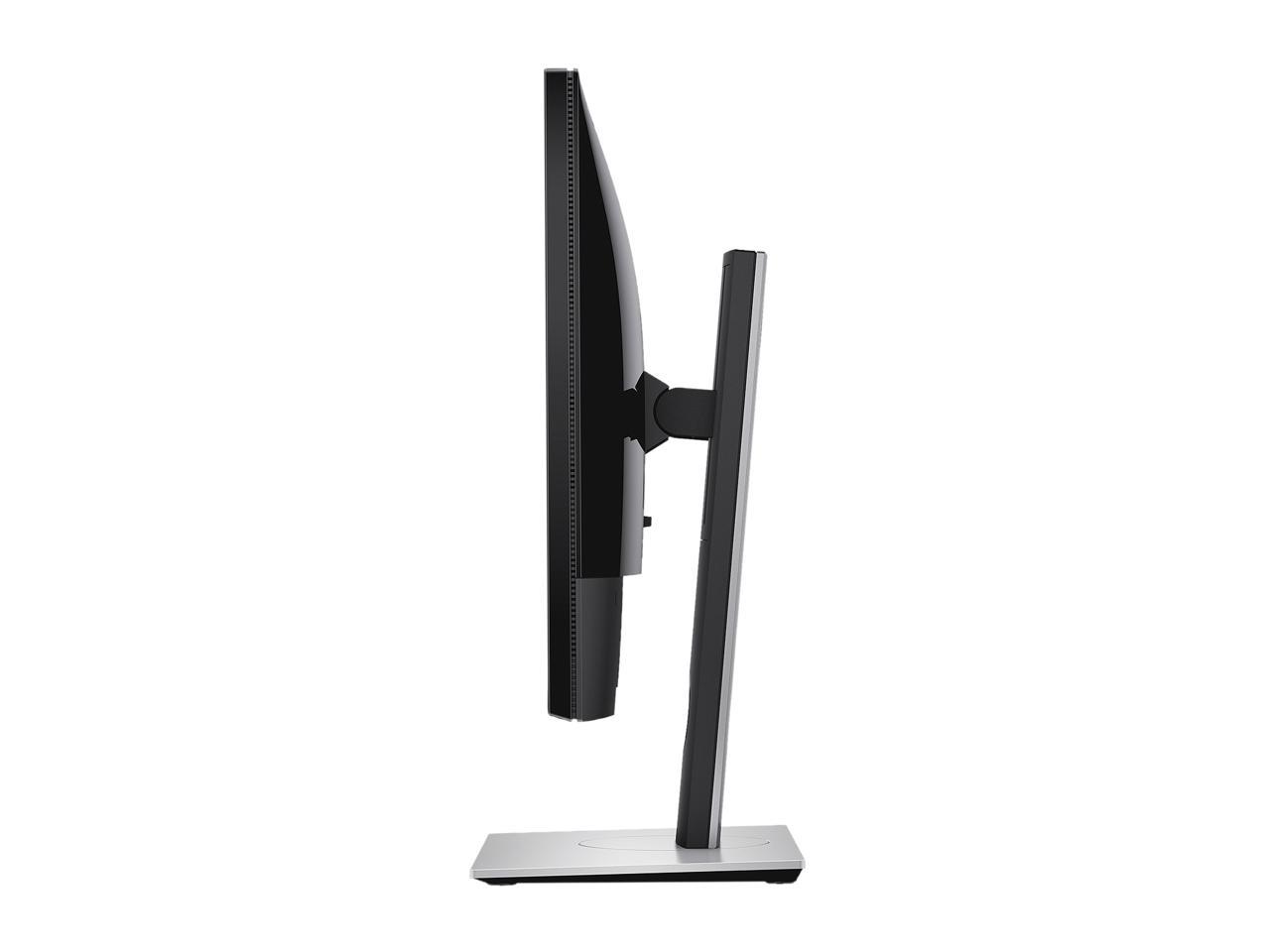 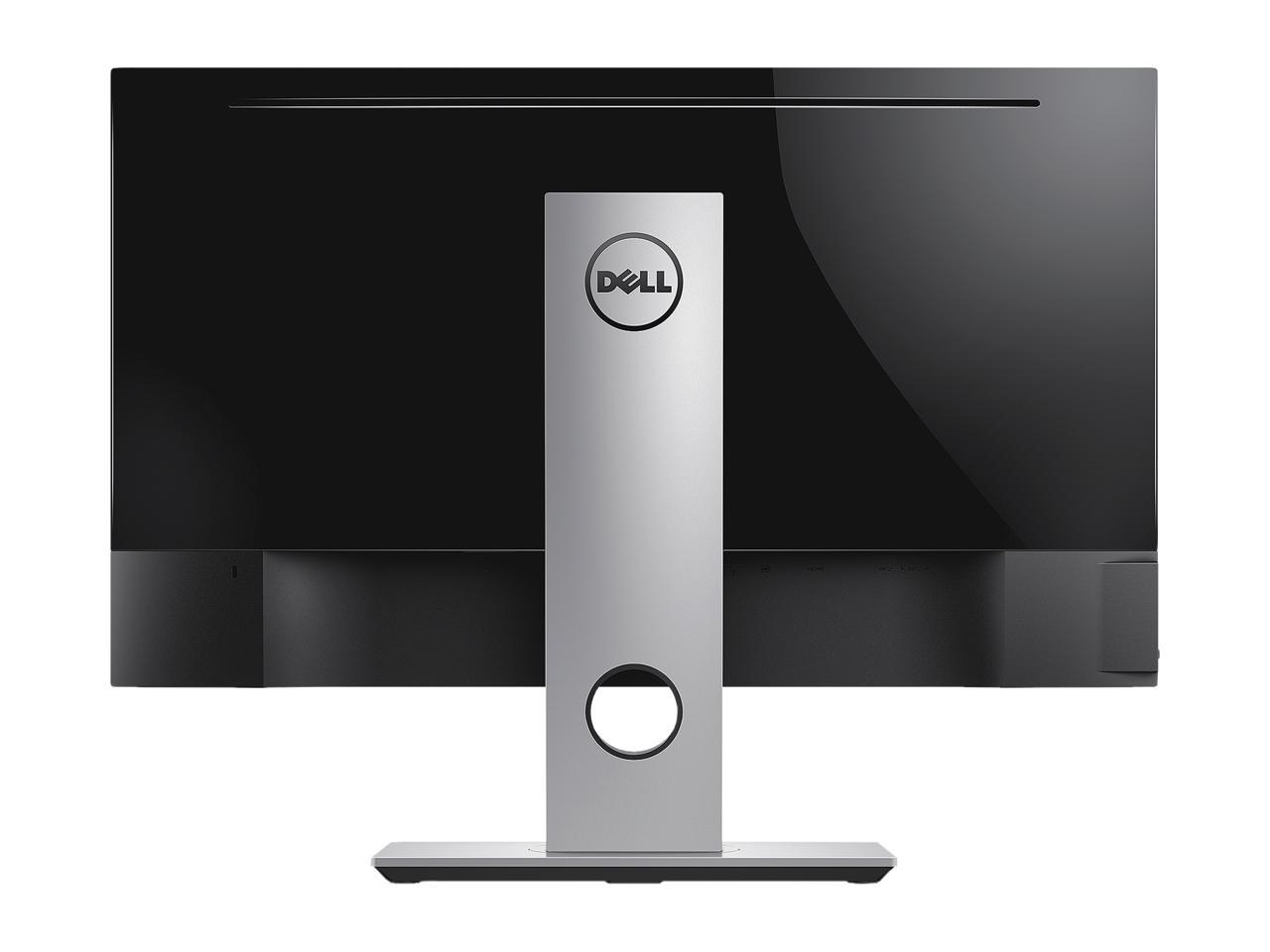 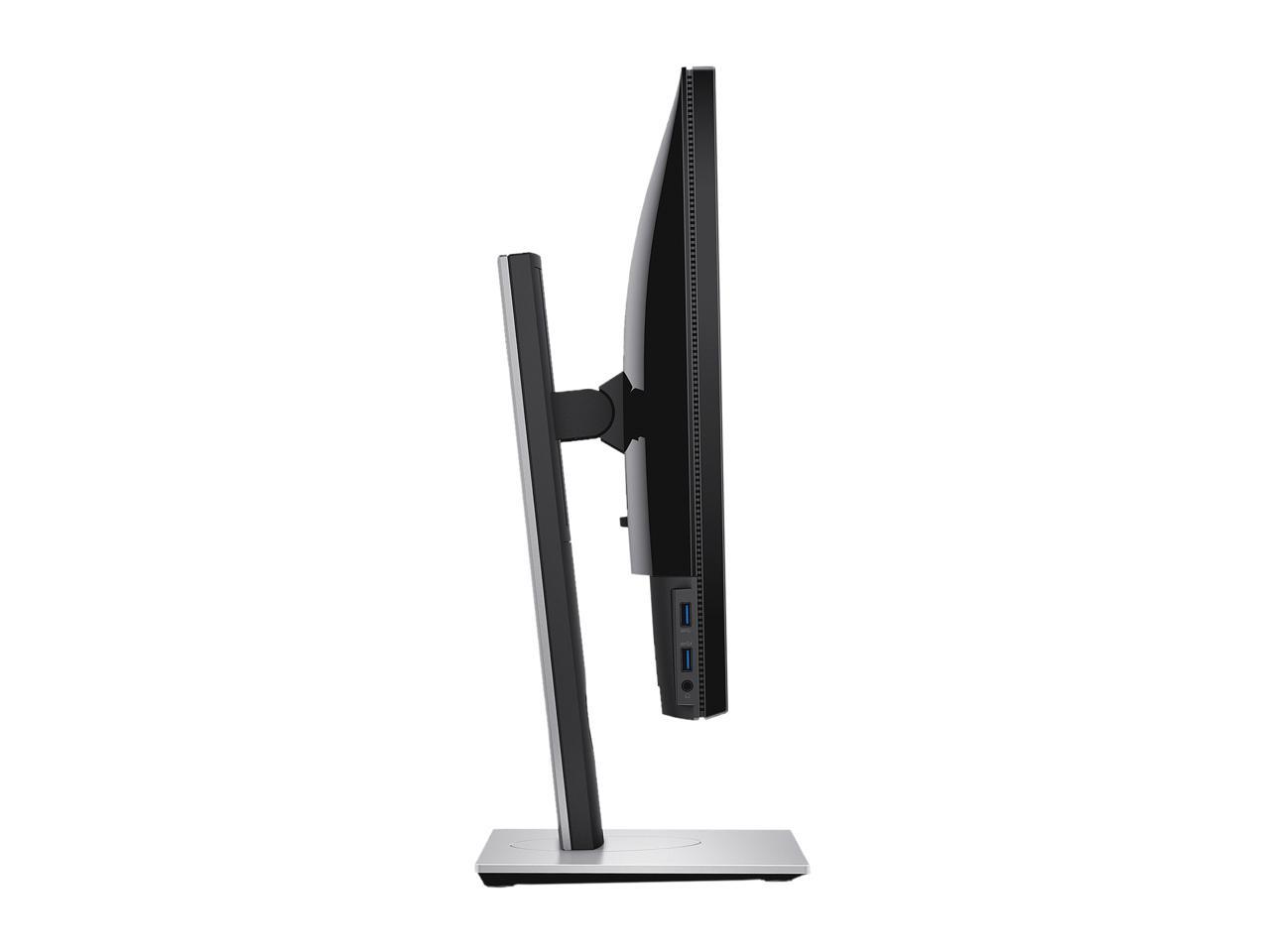 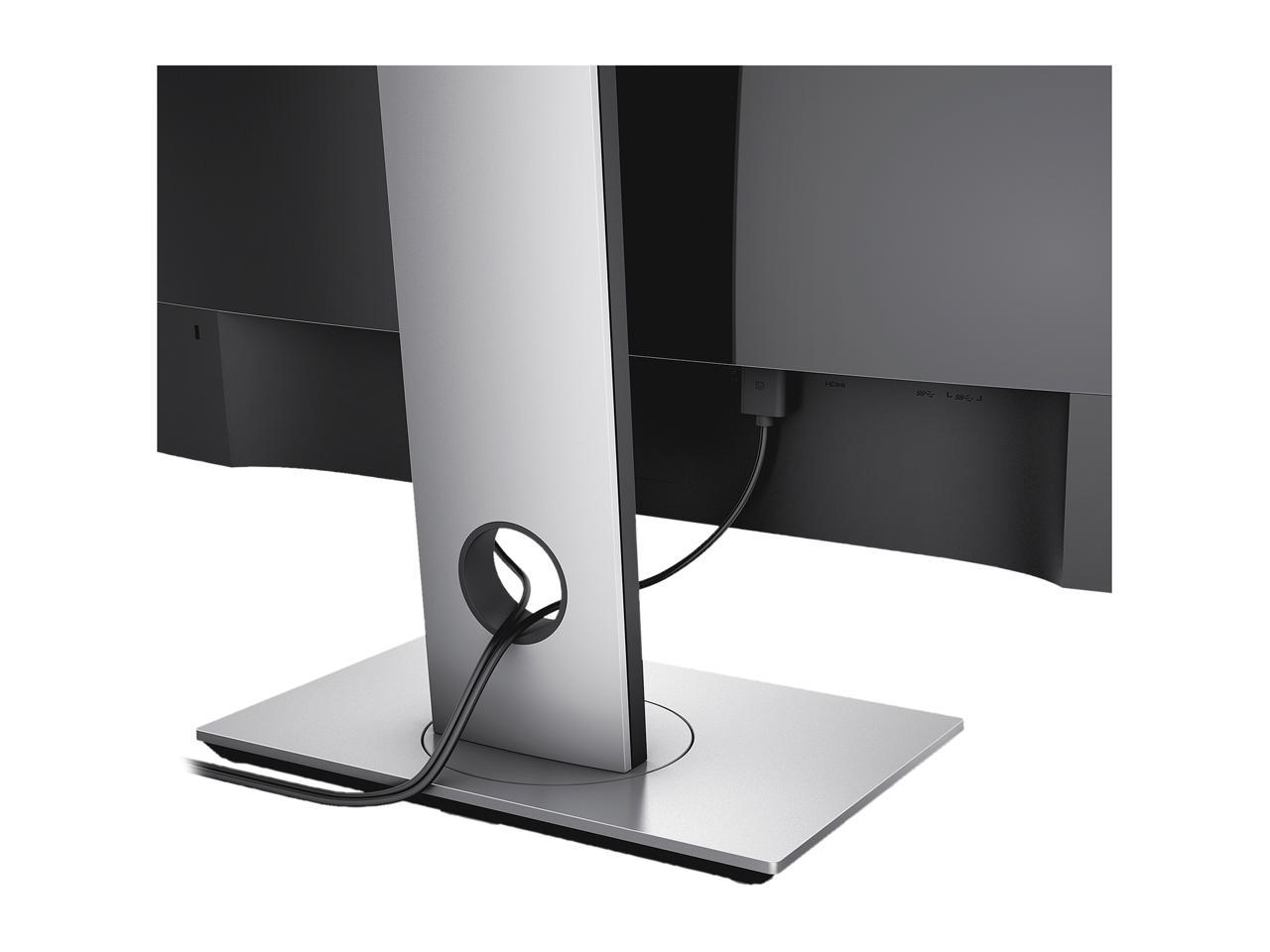 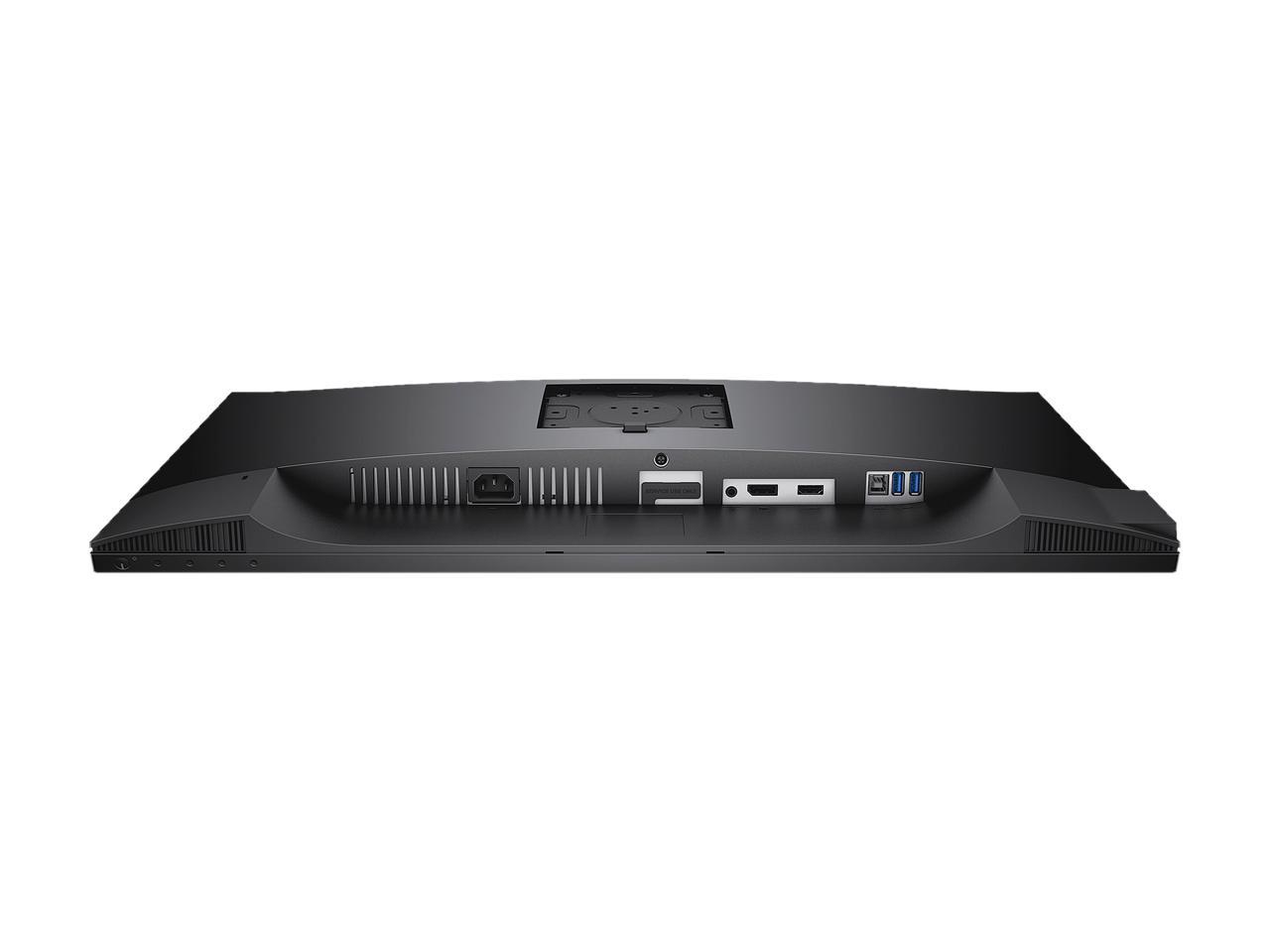 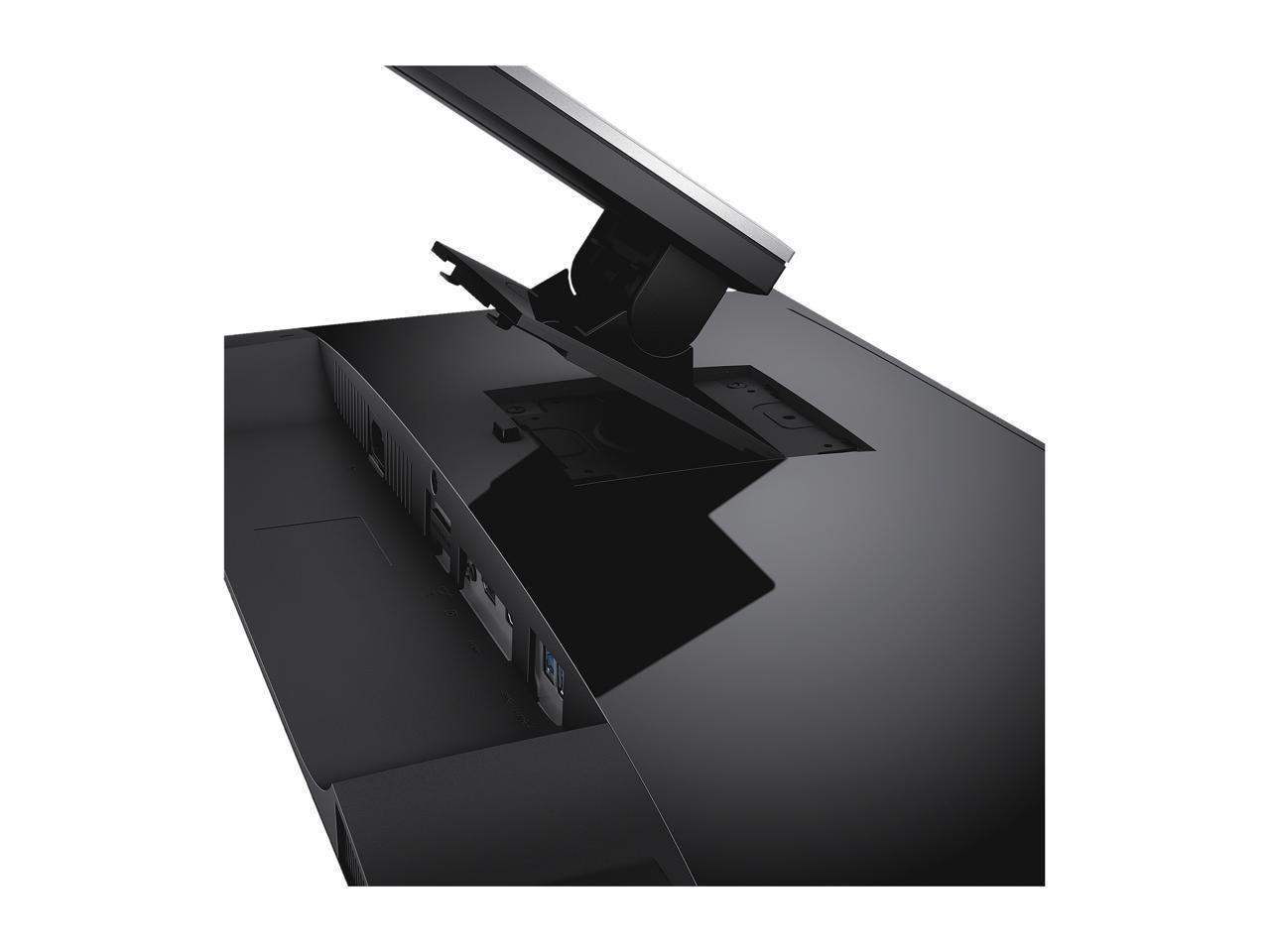 Learn more about the DELL S2716DG

Pros: Going from 1080p 60 Hz non G-sync to this monitor was a great improvement for me. Arma is beautiful now and very smooth, as are all the games I tested using G-sync. I really like the stand this monitor comes with, lots of tilt and swivel options, and you can adjust the height. The quality of the picture is good, but not great ( see in Cons). The monitor itself looks very nice and modern with a thin border. I did not have any dead pixels on mine. Fingers crossed.

Cons: The anti glare coating ( I guessing this is what im seeing) is really awful. If you look at anything white the screen just looks dirty. I want to clean it, but thats just how it is. If you could remove this the picture would be beautiful and would be a 5 star gaming monitor but it detracts from the quality of the picture no doubt about it. If the in game performance wasn't amazing I would have returned it just for this coating. DO NOT enable "Fast" in the response time settings of the monitor itself. It caused massive ghosting in games and surfing the web. I thought the monitor was broken until I turned this option off. Then all the ghosting went away. It is very bright when shipped so turn down the brightness a lot and it will quickly improve the picture quality.

Overall Review: I guess I would recommend it to gamers who can live with the coating. The 144 Hz and G-sync work very well. The monitor is nice and big and the picture quality is good, but with the coating they used, not great.

Cons: None. Although I do wish it was an IPS panel sometimes.

Overall Review: I would recommend this monitor. I do not use the ports on this monitor however so if you do need them, make sure they are what you need. G-Sync is awesome by the way. Something I could probably not live without on top of the 144 Hz refresh rate.

Overall Review: I was going to go for an IPS gaming display from Acer or Asus but their quality issues make me really nervous. I am incredibly happy with this Dell!

Pros: This is one of the cheapest G-sync monitors offering 1440p resolution at 144 Hz refresh rate w/1ms gtg response times. Sure, it's a TN panel, but at least it's a 10-bit TN panel. A huge upgrade for me coming from a monitor purchased back in 2008, a BenQ G2400W. This will be paired with a GTX 1070. Best bang for the buck G-Sync monitor. The next step up would be that Asus ROG at $800!

Cons: There are quite a few people talking about power saving mode/sleep mode bug. In fact, Dell has it on their troubleshoot support page to turn it off as they also know it's causing problems. This is the reason why I gave it 4 eggs. At $500 for a monitor, a problem this big should have been diagnosed/caught before shipping.

Overall Review: Since when did computer monitors start having their own input selections as well? Monitor technologies certainly have changed since 2005 ahaha.

Cons: TN Panel (colors are not as good as IPS) viewing angles are not so great Very high gamma out of the box colors are not that great (better with full calibration)

Overall Review: None of the QC issues as I had with ASUS PG279Q. Its a TN panel so all the disadvantages are there but the g-sync feature is fantastic. Very high build quality.. good materials. I would have given 5 stars if not for the colors/gamma out of the box. It needs calibration... luckily I have a colorimeter but many people dont so it could be a problem for some.

Pros: Paired with a 1070 ti with Gsync, the images playing PC games is very smooth with no frame loss. Working on code/documentation is very easy on the eyes and the amount of real estate to work with multiple apps is very good without having to strain your eyes. Everything worked as expected.

Overall Review: I would recommend this monitor line for gamers/developers who don’t want to spend a large amount for a known gaming brand.

Cons: Sometimes switching between from HDMI to DisplayPort (but not back) will put monitor to sleep unless you unplug and plug DP back in. Not really a big issue, but I sometimes plug my Nintendo Switch into this while running data on computer and need to unplug cord and plug back in when going back to DP (which is my PC). Really, that is a small nitpick.

Pros: Nice 27" , 1440p, 144Hz GSync monitor. Other than being Tn, sale prices bring it to an affordable range compared to others in it's class.

Cons: Sadly there are multiple revisions, A00, A01, A02, and A03. From all the research I can gather A01 has an issue where it is not HDCP compatible. There have been reports of monitors getting stuck in Deep Sleep mode, perhaps A01 related as well. A02 and A03 have lighter coatings so gamma and colors are more accurate as well as the HDCP works properly. From all the research and reading I have come across the A01 October 2015 is the worst and sadly this is the one Newegg seems to always have on sale. I've scoured several forums and posts and this is the one thing I see in common. In additions there are many reports of higher brightness triggering a coil whine sound from the back. I havent seen these users comment on their revision version but I think safe to assume the A01 batch is just problematic in general. So far I've also had a few occasions where the screen just blinks off and comes back on. This has occurred only during regular internet browsing and nothing abnormal yet during gaming. Also the power button is absurdly stiff. I have to stab my fingernail into it to toggle it on/off.

Overall Review: Assuming you can get the A02 or newer, most definitely. If not, then you may be fine with it. I'm tired of returning other monitors and having Newegg credit leaves me to the lottery of which version. If it continues I may need to just RMA through Dell and get a refurb as it seems they are giving out A02's now. Update: I tried the RMA process and email chain with Newegg stated they did not have any A03s, and most of my research seems to confirm they have only A01. I also noticed in the middle, a little to the left and down a darker area. I'm unsure if lighting failed or something like a fingerprint but behind the screen? Definitely visible across all the colors in the monitor testing. I opted to go through Dell and had some improvement there. 4 days later I had received an April 16 A03 model. HDCP compliant and side by side comparison I could see the lighter coating. Whites on the screen where steady and consistent where as on the darker A01 it had a shimmery effect to it. Sadly now I can notice things like pixel inversion when scrolling black text on white background but minor issue. I didnt see any of this during gameplay. Sadly however it came with a dead pixel out of the box. Dell told me I would need 5 or so to try another warranty replacement. Its in the lower left hand corner and not blatant but it is across all colors and a flat black, so doesnt seem like a stuck pixel. After applying some ICC color profiles it looks great. My wife says it looks beautiful and if I try and replace it again she will cause bodily harm to me.

36 out of 41 people found this review helpful. Did you?