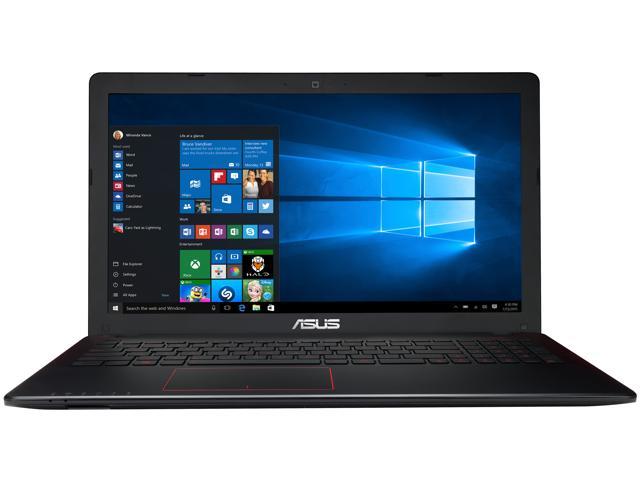 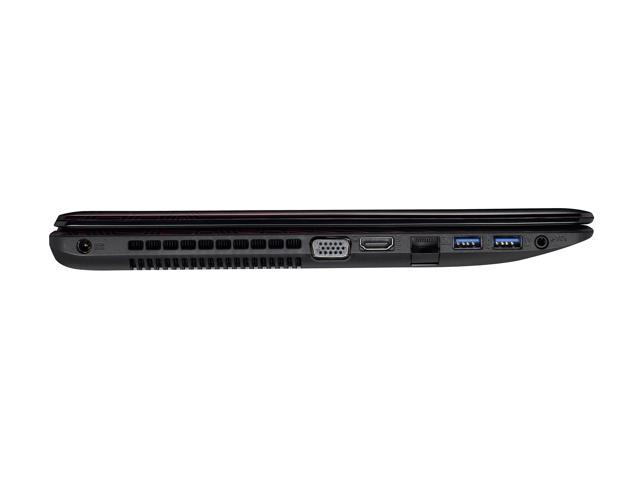 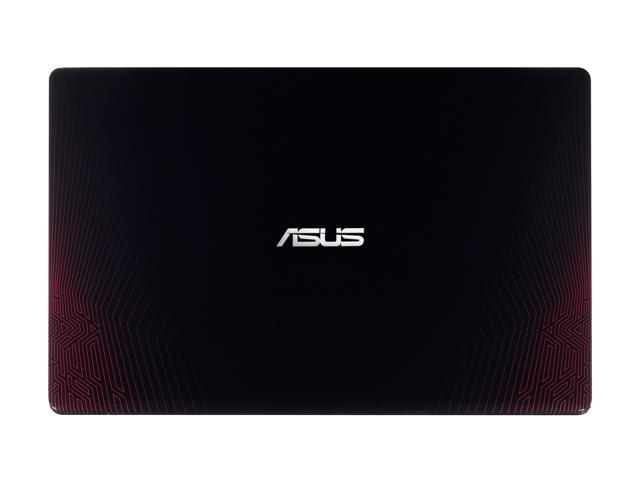 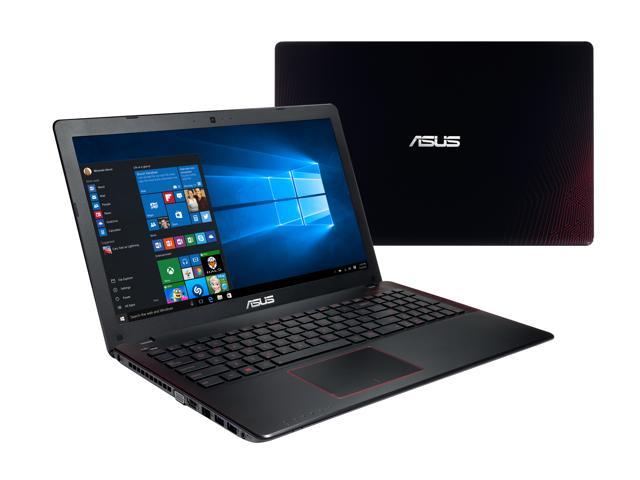 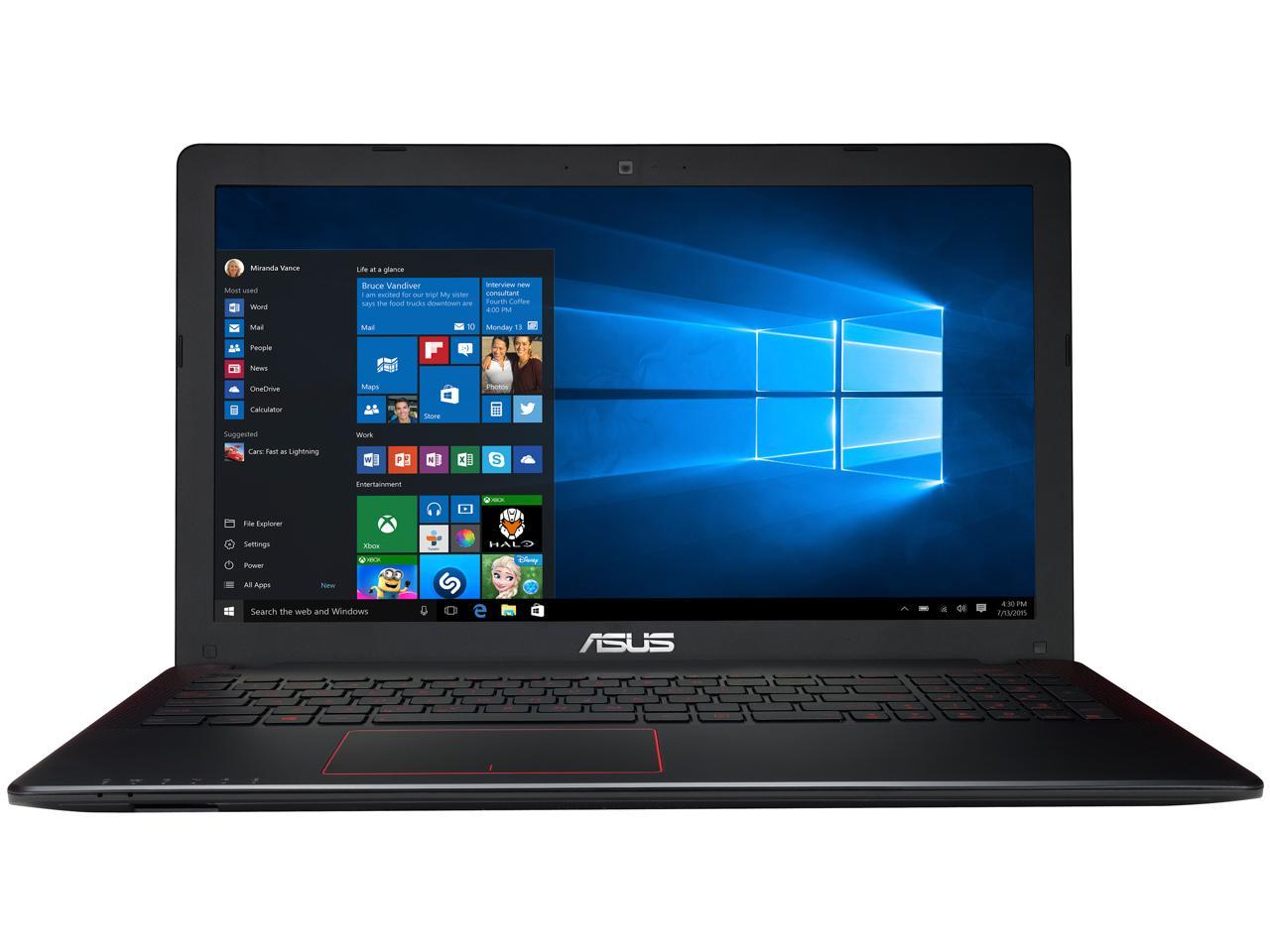 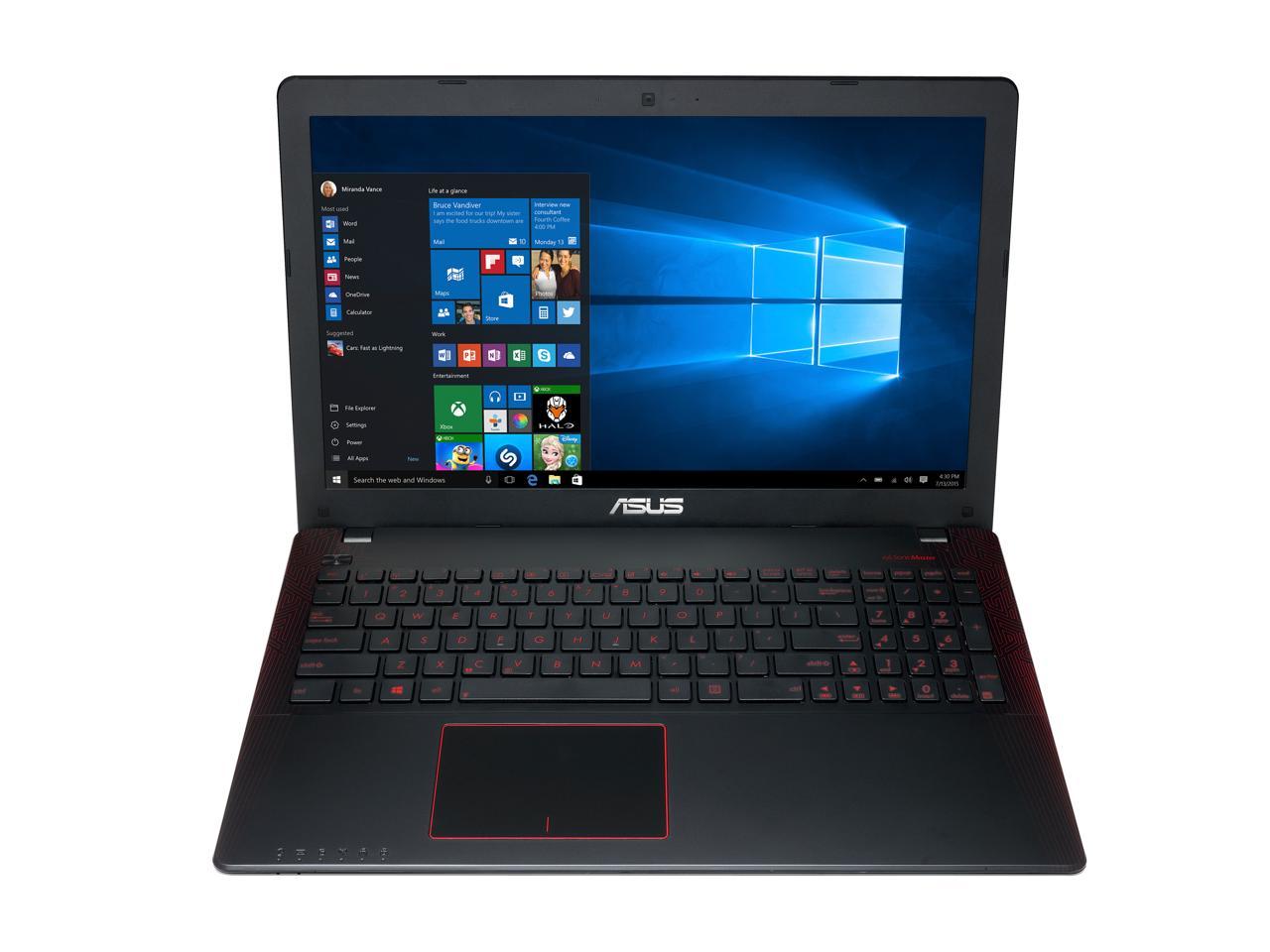 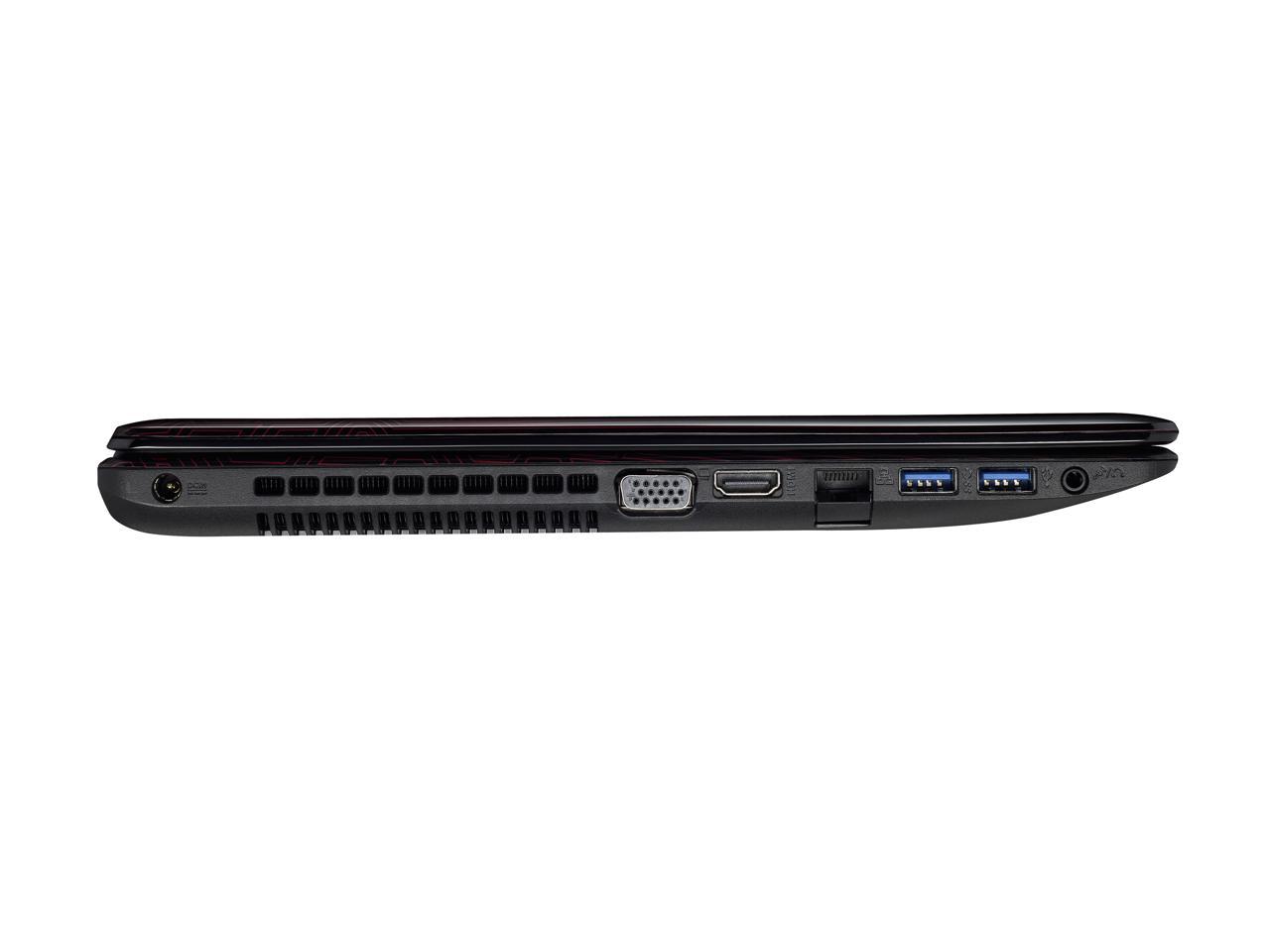 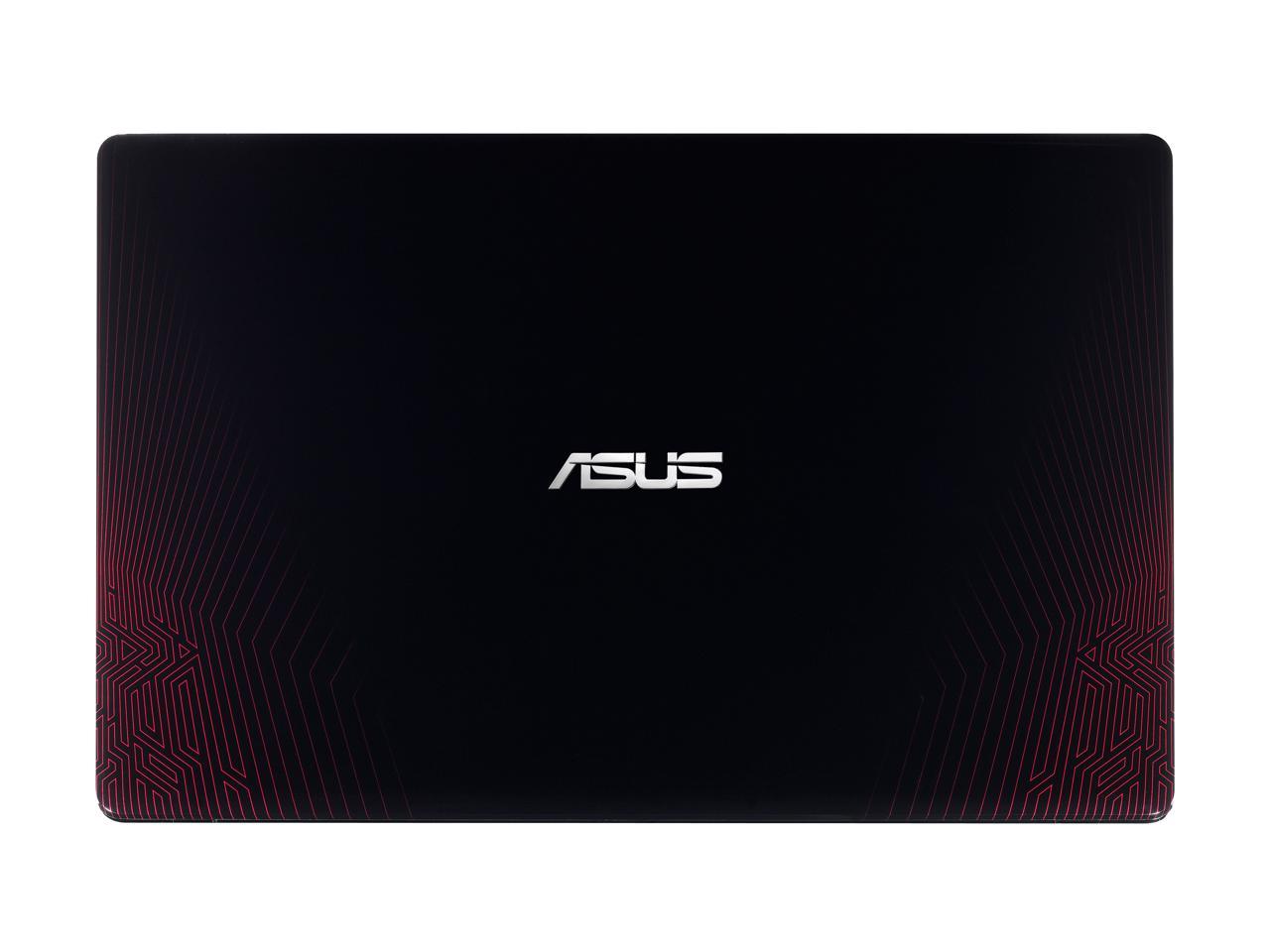 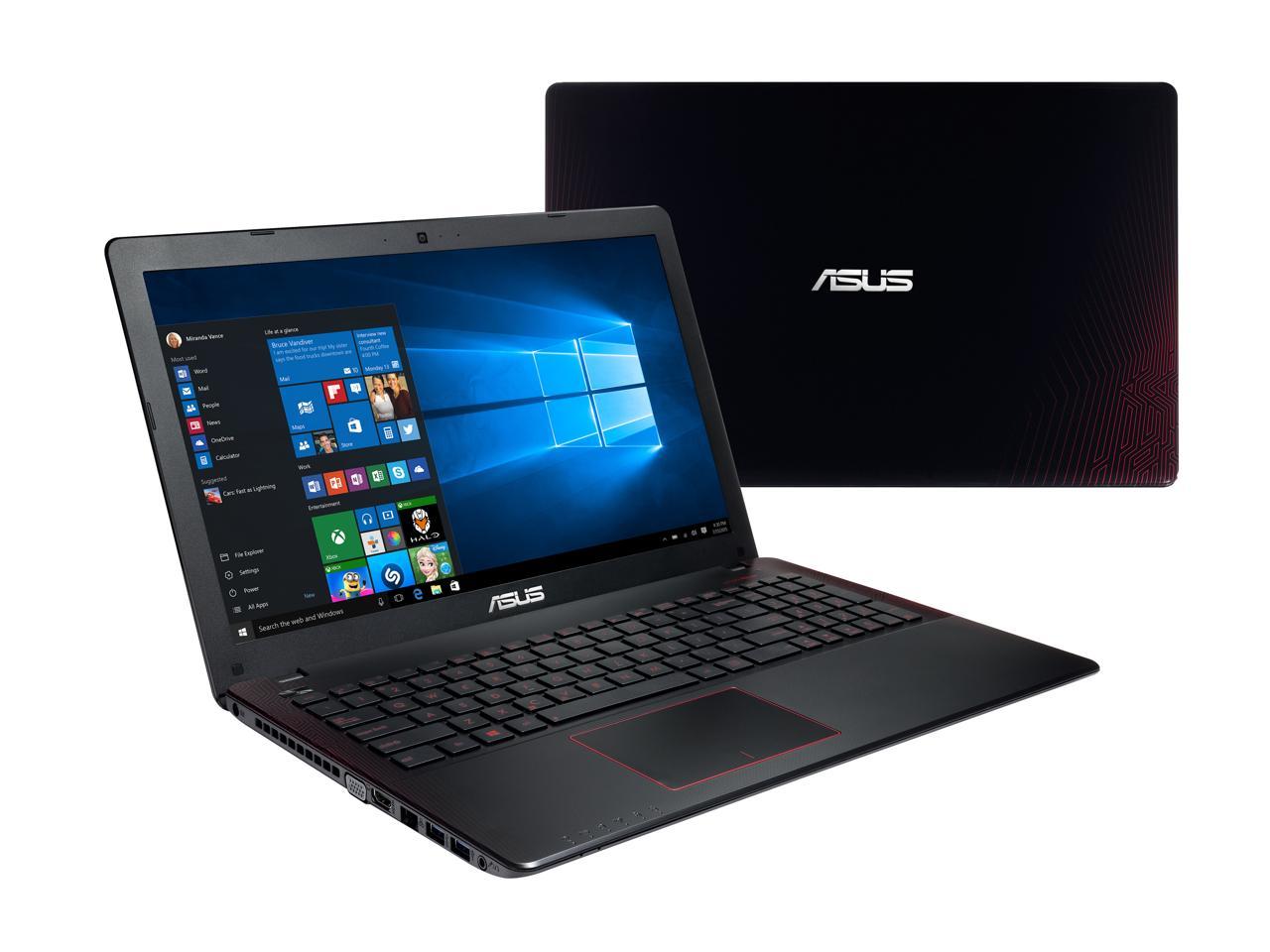 Learn more about the ASUS FX550IU-WSFX

Cons: I had to wait the BIOS updated for graphic drivers to work.

Pros: great product. runs everything I could want while staying cool

Cons: I did not realize how often I still used my cd drive. I didn't think I would miss it.

Overall Review: High performance on a budget. this was a great find. Runs as well as machines with one and a half times the price.

Pros: Has a SSD. Has a 1TB HDD for storage. Looks Great.

Cons: After about 3 months of light use it started randomly freezing and making a loud buzzing noise when watching videos online.

Overall Review: After about 3 months of light use it started randomly freezing and making a loud buzzing noise when watching videos online. After a few seconds it clears up but still shouldn't be happening. I went through and did all of the possible fixes for this, just short of replacing components, and nothing fixed it. I updated all the drivers, did a fresh install, disabled known issues in Windows 10 and praying to Bill Gates and nothing worked. I wanted to return it but Newegg only has a 30 day return policy so i contacted ASUS. 3 RMA's later and it was still having the same issue. So we asked them to send a replacement or something, which they did, and after firing it up and starting a video online it froze and made the same buzzing noise. Different computer, same problem.

2 out of 2 people found this review helpful. Did you?
Manufacturer Response:
Dear Valued Customer, Thank you for taking the time to share your experience with us. I am sorry to hear that you are having issues with your device. If you have any product inquiries you can reach a 24/7 live chat agent at http://bit.ly/AsusLiveChat or you contact me via email at cl-tom@asus.com. Thank you for choosing ASUS Best Regards, Tom Asus Customer Loyalty US Support
Robert O.
Ownership: 1 month to 1 year
Verified Owner
Happy with the computer, disappointed with the customer service12/27/2017 7:03:06 PM

Pros: Not going to rehash the specs, you can read them for yourself. Bought this to replace my deceased Toshiba laptop. Except for the slightly smaller screen (15.6" vs 17" on the Toshiba) this one blows it away. The SSD makes boot up so fast that the first time I turned it on, I would've sworn it was already on. Reboot? Don't blink... I used the Toshiba for creating/editing videos and music, and gaming when not working. This one does everything it ever did and much better! With 12 computer cores (4 CPU + 8 GPU) this one makes video editing a breeze and without any stuttering or freeze ups. All my games play at >60fps and finally can run them on "high" or "ultra"!!! I can't say I see any difference in music editing, but that doesn't put much strain on any computer.

Cons: Would've preferred 12 GB or 16 GB of RAM, or an option to upgrade, but I'll purchase separately and upgrade myself.

Overall Review: My biggest complaint is lack of response from AMD. I opened a support ticket with them regarding a free game offer that came with the computer, and three days later I still have heard nothing back. I'll give them Christmas Day for not responding, but that is still two days with nothing but an automated response? That cost an egg in my rating.

Pros: Games rather well and has a nice battery life when not gaming or using the RX460. I like the trackpad disable option as I use a trackball mouse.

Overall Review: On the integrated R7 Graphics about 6 hours battery life and about 2 to 3 with the RX460, which is to be expected and for most games im averaging 45 to 60 frames on high settings. Only exception is Witcher 3 with a mix of medium to high at 35 fps

Pros: Works great, plays all my games no prob

Cons: Had the same driver issue, just wanted to post my story, disabling secure boot, and enabling CSM boot got it working no prob

Pros: It is lightweight, fast and good for gaming. Looks decent and performs pretty well for what I have thrown at it.

Cons: Many bugs that need to be addressed and fixed by both AMD and ASUS. As many others had a difficult time with graphics drivers I have too but there is a work-a-around that does allow the newest as of this writing (AMD ReLive 17.7.2) graphics drivers to work flawlessly as far as I have tested. The plastic casing could have been put together better as parts of it were not snapped all the way together. Touchpad sometimes freezes and requires a restart to fix.

Overall Review: To get the most current drivers (AMD ReLive 17.7.2) to work you have to use DDU (display driver uninstaller) in safe mode to comepletly clean all display drivers/software. Go into BIOS/UEFI turn off secure boot and turn on CSM boot (not sure if turning off fast boot has any implication on it as I had it off for other reasons) restart and install drivers, restart, leave the bios as is and the drivers will work fine. Hopefully AMD will release new drivers to fix this issue after I brought it to their attention.

Cons: Upon arrival, opened the box to check out my new tech. Turned it on and received an error that says windows could not install. Figured np, I'll just reset the operating system (wouldn't work). Called Asus tech support and struggled to communicate with someone that literally couldn't speak more than a few words of English. At the end of our 5 minute conversation he finally tried to convince me I had incorrectly set up the operating system and after I reaffirmed him I've not even seen a mouse cursor or had the opportunity to click or type anything he said (translated) "okay, we need to get a new operating system on the computer for it to work, so we need to send it to you" I'm like okay so I won't have a working computer for class Monday even though I paid for expedited shipping but no biggy. Then he tells me I have to pay 70 bucks for the OS. At which point I asked him "so you guys sent me a non operable laptop, and are telling me to make it work I have to pay 70 bucks?" I swear to god in the most monotone and serious voice he simply replied "yes". So, Ive had years of asus laptops and desktops and recently learned they dont stand behind their product and the tech support is a farce.

8 out of 11 people found this review helpful. Did you?
Manufacturer Response:
Dear Valued Customer, Thank you for taking the time to share your experience with us. I am sorry to hear that you had an issue with your operating system. Have you had your issue resolved? Feel free to contact me directly should you need any further assistance under your 12 month warranty. My email is cl-tom@asus.com and our 24/7 support line is posted below. Have a great day! Thank you for choosing ASUS Best Regards, Tom Asus Customer Loyalty US Support http://www.asus.com/us/support/CallUs