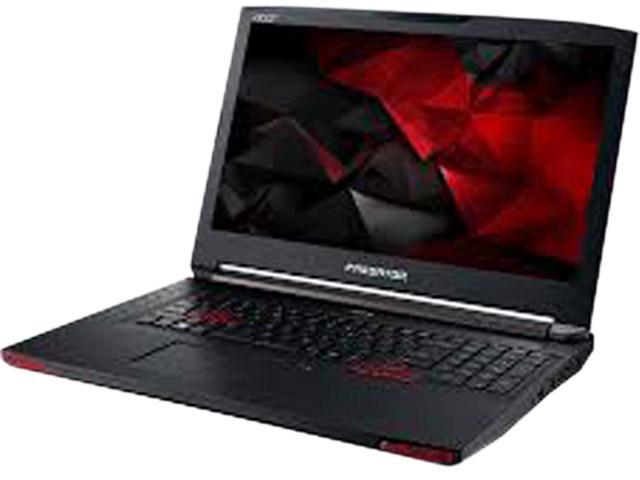 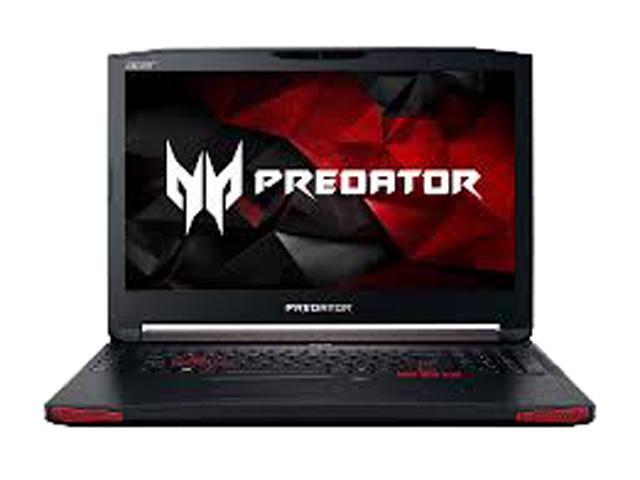 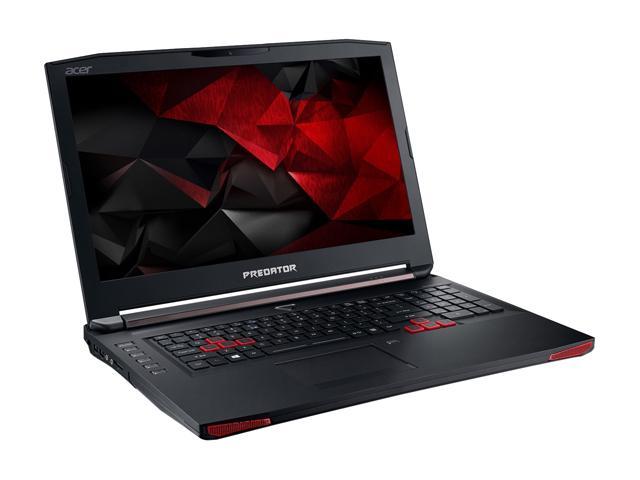 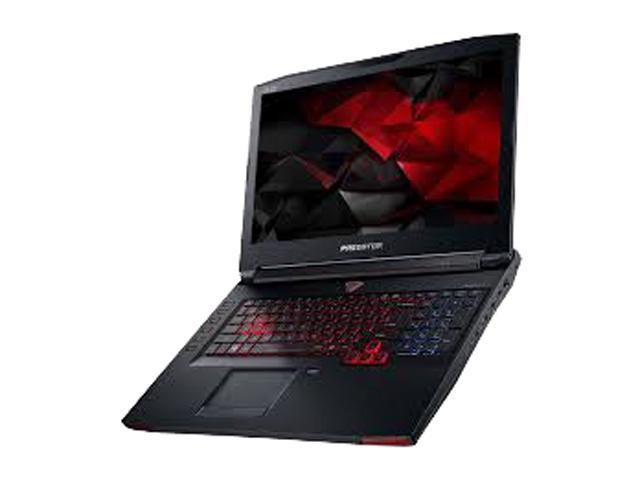 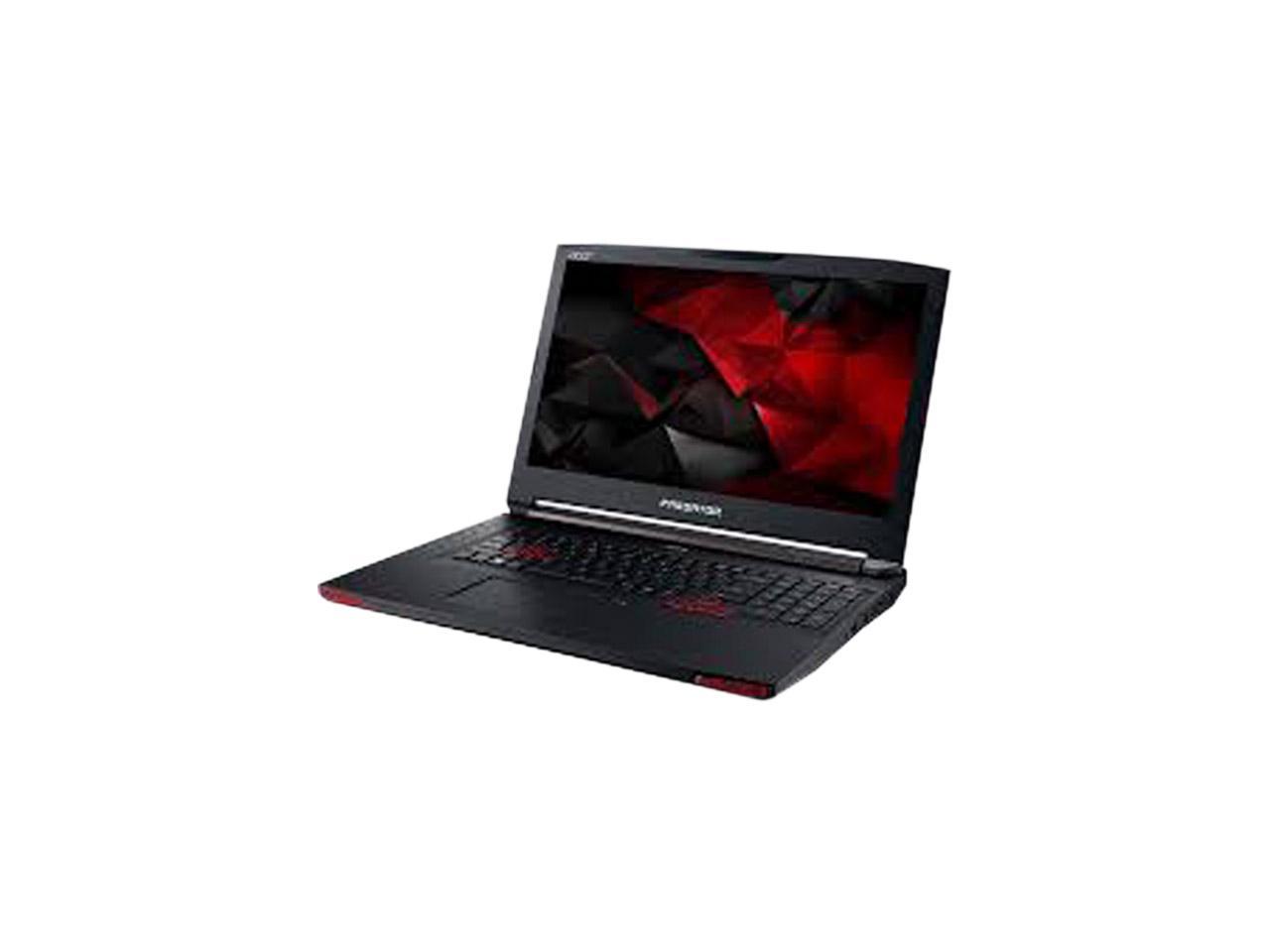 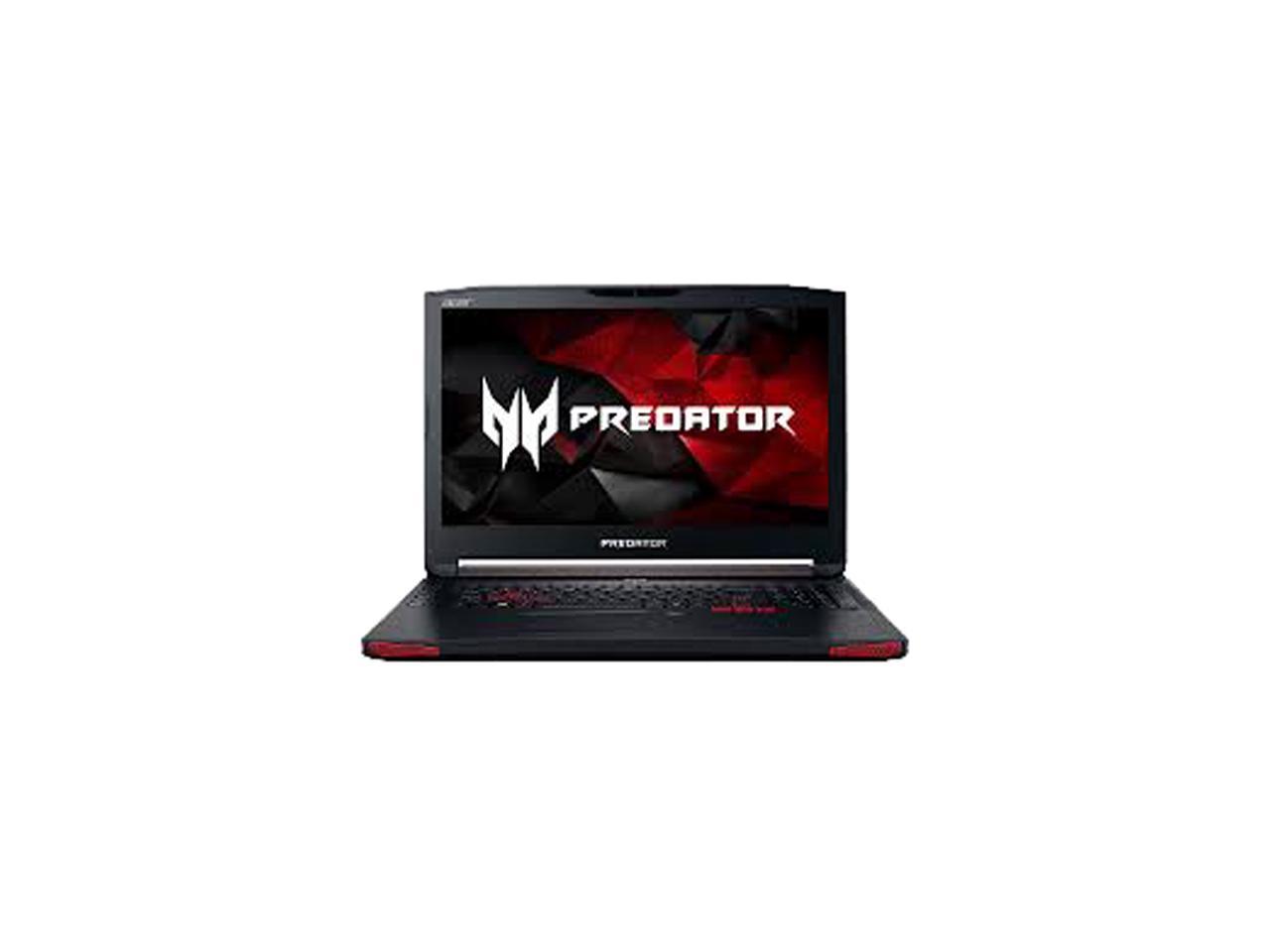 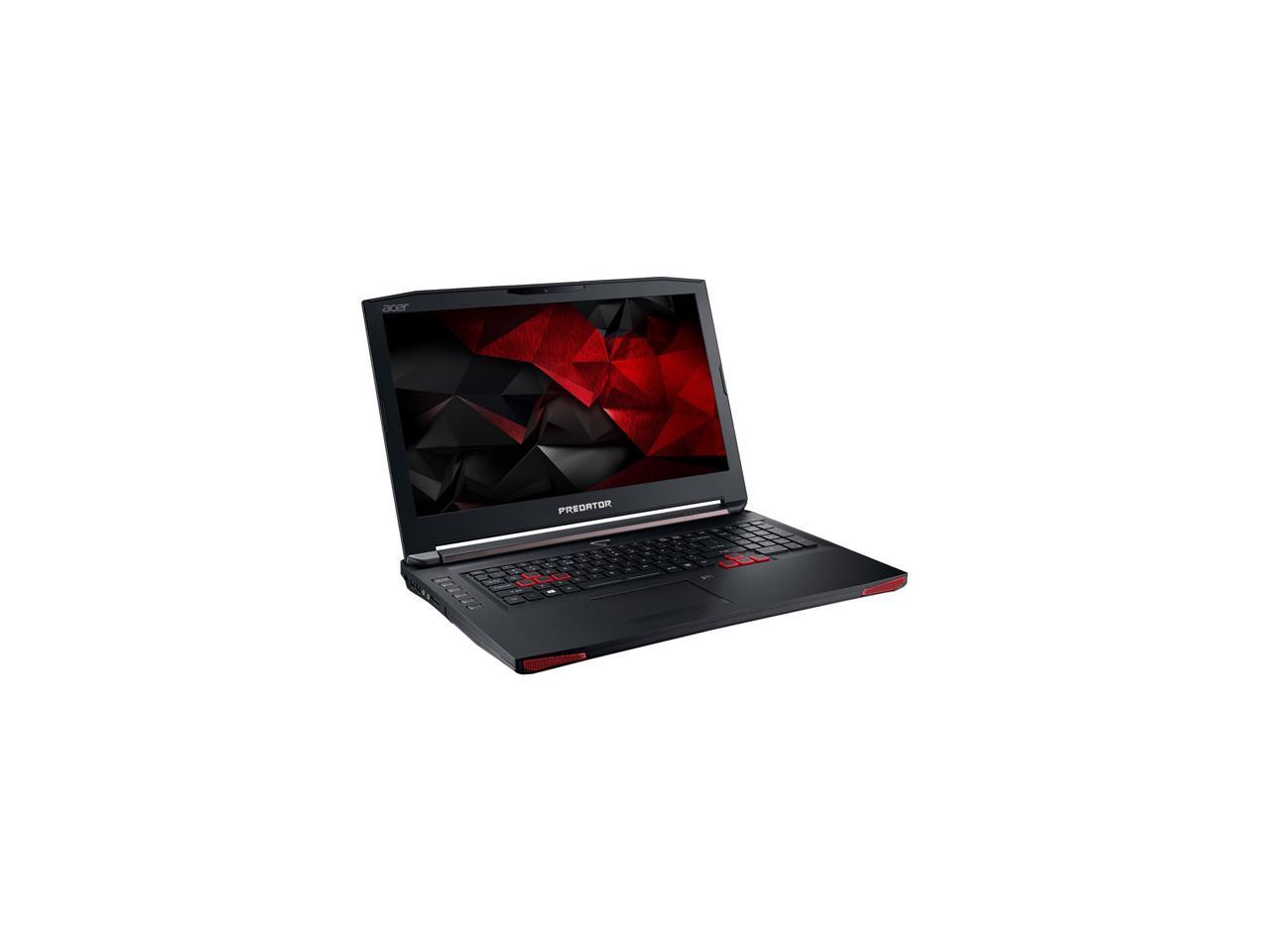 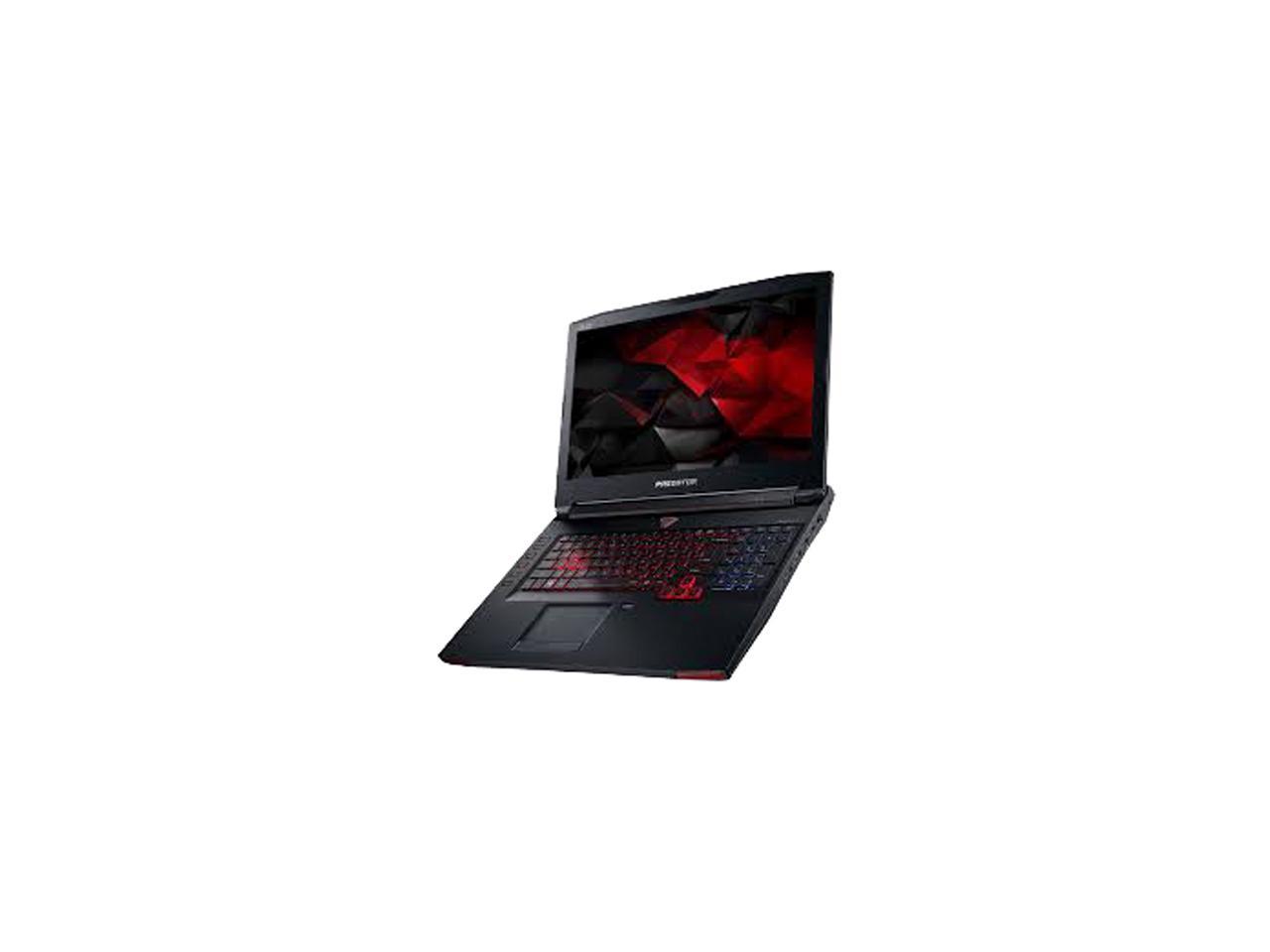 This means the product was tested and repaired as required to meet the standards of the refurbisher, which may or may not be the original manufacturer. Any exceptions to the condition of the item outside the manufacturer’s information should be provided in the listing, up to and including warranty details.
(7) Write a Review
OUT OF STOCK.
Overview
Specs
Reviews Engineered to Take Your Gaming Experience to a Whole New Level

Be invincible on the battlefield with the unstoppable war machine. Powered by the NVIDIA Pascal - the most advanced GPU architecture ever created and loaded with innovative new gaming technologies, the GeForce GTX 1060 enables truly game-changing performance with captivating sights and sounds, as well as next-generation VR performance.

The G5-793-72AU offers 256 GB SSD and 1TB HDD, providing rapid data transmission as well as whopping storage. Now speed and capacity go hand in hand with each other.

We could all use a little less lag. Take control of your connections with Killer DoubleShot Pro. With Killer DoubleShot Pro technology, you choose which applications get to use your precious bandwidth. Even more importantly, you can split your internet requirements over wired and wireless connections simultaneously. Whether you’re the hero or the villain, get ready to be immersed in a Full HD gaming world through the stunning 17.3” Full HD LED backlight display. Thanks to advanced IPS panel technology, you can enjoy full vivid-color glory from even the most extreme positions. PredatorSense gives you access to gaming features like keyboard macro profiles you can switch between in-game, and adjustable lighting configurations. Predator ProZone RGB keyboard has customizable multicolored backlight zones, with 16 million colors to choose from, and programmable macro profiles you can share. A number pad and dedicated macro buttons give you the control you deserve.

Hard angles and aggressive accents were inspired by intergalactic battlecruisers.

Note: Specifications vary depending on region and model.

Cons: Mine started failing about a week in. You'll waste a lot of time with tech support if you have a hardware failure. Since its a refurb, you'll have to call a special line which is only available during the week for business hours. The line is consistently full and if you leave your phone number you won't get a call back. If you have to send it in to Acer, epect three weeks at least before you'll see it again.

Pros: Nice looking, runs fast. The second one I got has been working good.

Cons: The first model I received did not have a g-sync 75hz display. Bios was updated and then the graphics card would not show up and the display began malfunctioning. I RMA'ed it and Newegg sent me another that has been working well.

Overall Review: For those who say this doesn't come equipped with G-Sync, it does but the BIOS needs to be updated to 1.08 or later. Mine shipped with 1.04 installed and if you look at the BIOS updates on Acer's site, it states "G-Sync monitor support" under v1.08. I wanted an inexpensive gaming laptop as I have to travel and stay in hotels for work. I was looking at the inspiron 7000 but I'm happy I shopped around and found this on sale. It renders double the FPS my 2016 alienware 15R2, which was double the price and had the same processor. The Kaby Lake was the only advantage of buying something new but from what I've read it probably has a negligible effect on gaming.

Pros: -Great CPU and GPU for a laptop. -The newest and most demanding games run very smoothly on almost all maxed settings. -Very good screen, good colors, very bright. I can lower the brightness to 50% during a sunny day and everything still looks good. -Keyboard is very good for a laptop. Both RTS and FPS games played fine with this keyboard. It's also not bad for general typing. You can also control the LED lights and turn them off when you don't need them. -The track pad is good. You'll still want a mouse for gaming but I find myself using the track pad a lot when I'm not gaming even when I have a mouse. -Almost no bloatware. -Excellent price for what you get. Most brand new laptops with similar specs will cost $400 or $500 more.

Cons: -Short battery life. Even when I'm doing light tasks like surfing the web and watching videos with the brightness down to about 1/3rd, the battery drains very quickly. -It uses bad thermal paste. I repasted using Arctic Silver and CPU temperatures went down by 10° at idle and 15° at load and GPU temps went down by about 5°. But repasting was pretty easy and quick, took me about 30 minutes to do it. -The CPU gets hot and the fans get loud. Even after I repasted and when I'm using a laptop cooler, the CPU will still heat up to over 80° pretty fast, causing the fans to go to max speed. But the surface of the laptop never gets hot.

Overall Review: -For some reason, this laptop came with the SSD and the hard drive in RAID. So performance was very bad at first. It took me a while to figure out what was going on and fix things. I almost returned it. -I did replace the hard drive with an SSD I had lying around and it's so much better. -I'm not too fond of the gaming aesthetic. I think it's very tacky. But it's just my personal taste.

Pros: - GeForce GTX 1060 - Great keyboard - Little-to-no bloatware - looks nice - Plenty of room for RAM upgrade - Can be instantly overclocked on demand from Windows through the built-in software (I haven't really played around with this, because it has plenty of power for my needs as-is - It is not overly loud. It has nice cooling, but the fans are unobtrusive. This might change if I were to run it overclocked, or possibly play some more graphic-intensive games, but so far I've been pleasantly surprised.

Cons: - Big! This thing is close to 10 pounds - Short battery life: I drained the battery playing Subnautica at default graphic settings in less than 3 hours.

Overall Review: I bought this refurbished, and I was very nervous about it. It is the first laptop I've bought as a refurb. I did something I never do, which is purchase the extended warranty, but the brief warranty period (90 days, iirc) that comes with it wasn't enough. So far, I'm very happy with the purchase. I can find nothing wrong with it, although I still need to do some additional stress tests, and check out some of the ports. It looks brand new. It booted up immediately. All the parts are there. I have no complaints. I will point out some things that I noticed caused confusion for some purchasers: This is the G5 line of Acer's Predator 17. The difference between the G5 line and the G9 line seems poorly documented, and has apparently been a source of frustration for some purchasers. Essentially, the differences as I've found them are: - The G5 does NOT come with a G-SYNC monitor. The GeForce GTX 1060 card in this laptop is definitely compatible with G-SYNC displays (although make sure you get the appropriate NVIDIA control panel and drivers), but that's for connecting to an external, G-SYNC capable monitor. It does not apply to the display attached to this model, which I believe is a 60Mhz. The G9 version apparently comes with a G-SYNC capable display (possibly 75Mhz). - The G5 does not let you customize the colors of the keyboard backlighting. They are red and blue. You can turn off individual backlight zones (or all of them), but you cannot change the colors. I believe the G9 lets you customize from "millions of colors". - The case itself does not light up. I believe the Predator logo, and possibly some of the corner accents, on the G9 version light up when the unit is powered on. - The G5 does not come with the extra cooling unit to replace the optical drive. That is a feature for the G9. The G5 does not come with an optical drive, either. - The G5 does not have the subwoofer built in. - I'm not certain, but I think the G9 may have lighting for the touchpad. - I also believe there may be a different finish for the G9, and possibly better cooling. Hope this clears a few things up for people.

Pros: More memory than needed for most games, and expandable for games that come out in a couple years. NO BLOATWARE! Thank you. HHD more than sizable enough for storage. screen is crisp and defined. I'm loving using this.

Cons: This was just with my delivery, but the corner of the laptop was broken when I received it. It was small and I didn't even notice it until layer in the day when I almost cut my hand on it. it was cosmetic from what I can tell, and I know it's refurbished. I just want expecting that and didn't want to wait two weeks to get a new one, so I'm dealing with it. doesn't have a disk drive, but don't need one anyway and it's heavy enough as it is.

Pros: I bought this laptop not for gaming but for other reasons. First I wanted a laptop that would be fast, not only today but in the future. Since I am constantly on the web, I needed a 6th or 7th gen processor. I also wanted something with an SSD to avoid the eventual slowdown as the 5400 device bogged down after a year of use. The 256MB SSD device should do the trick just fine. Next, since I am an amateur photographer, I am constantly downloading hundreds, and even thousands of pictures, for processing, so I needed plenty of space to store this data. The 1 TB drive is just what the doctor ordered. Even though it is a 5400 device, It will work just fine for my purposes. Next, the 17", non-glare screen allows me to edit my pictures without having to constantly move my head up and down to see if I have the right colorization on the shots. Lastly, this unit came with NO bloatware. I could not believe it. Usually I have to spend a couple of days trying to get rid of all of the unwanted games and programs that come on a new machine. Not here. So far, after 3 weeks of use, I am extremely happy with this laptop.

Cons: The size, wow, what a beast. At 9+ pounds, it can be a bit much to lug around. Also, it is a bit large from a size standpoint. This unit will not fit in most bags or backpacks, even those designed for 17.3" laptops. That is because of both the depth and the thickness. I eventually found a case for it, but it took a lot of trying and test fitting to find it. That being said, because of the other features of this machine, finding a case to haul it in was a minor inconvenience.