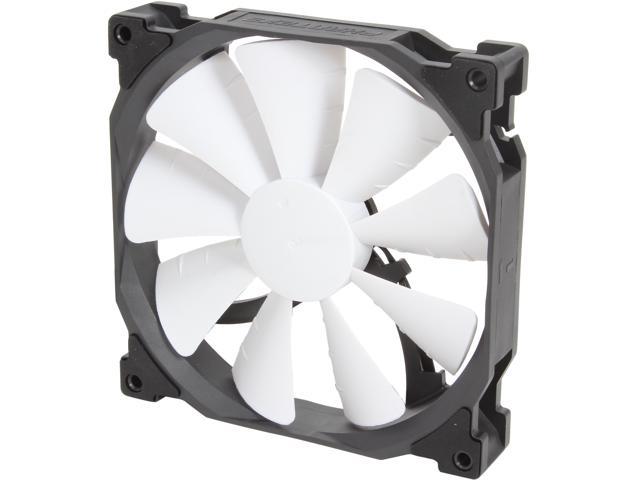 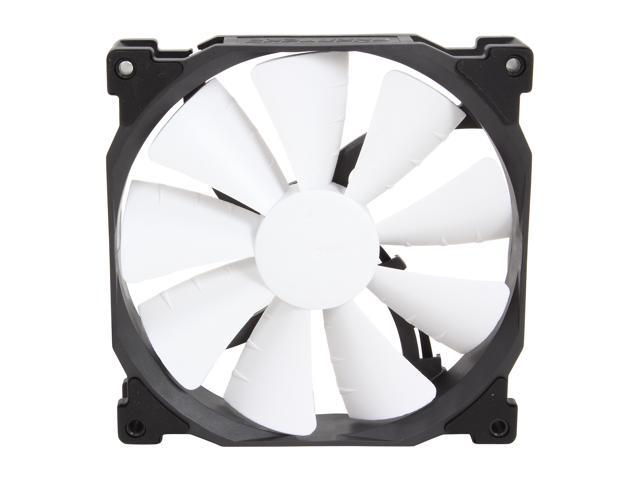 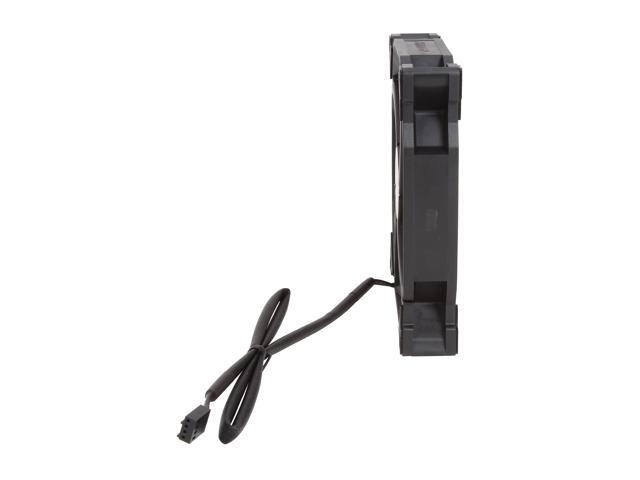 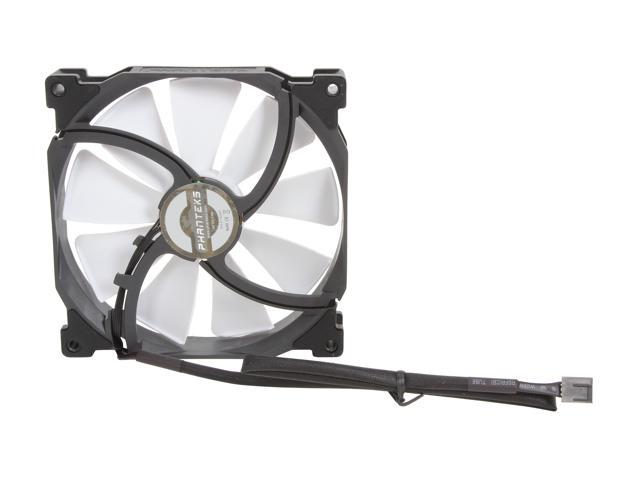 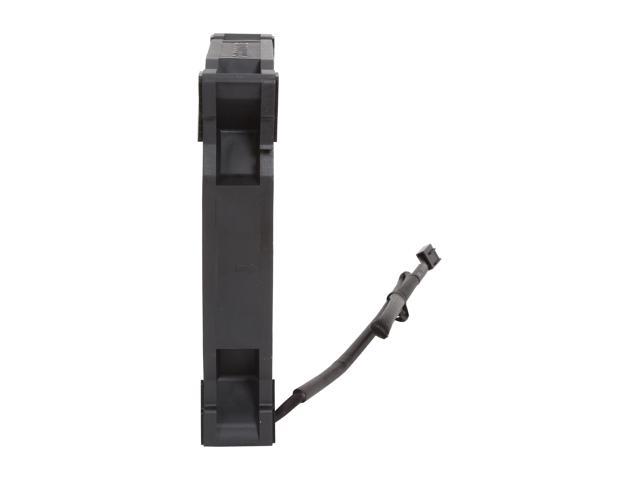 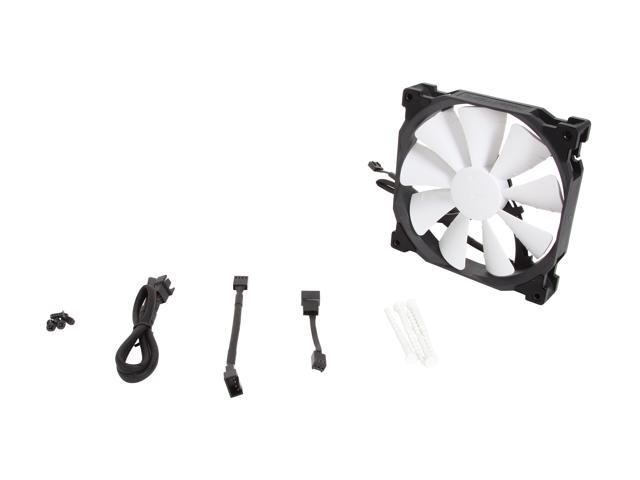 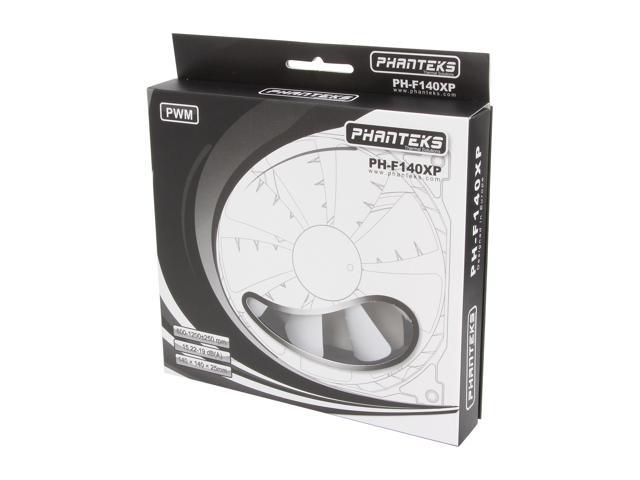 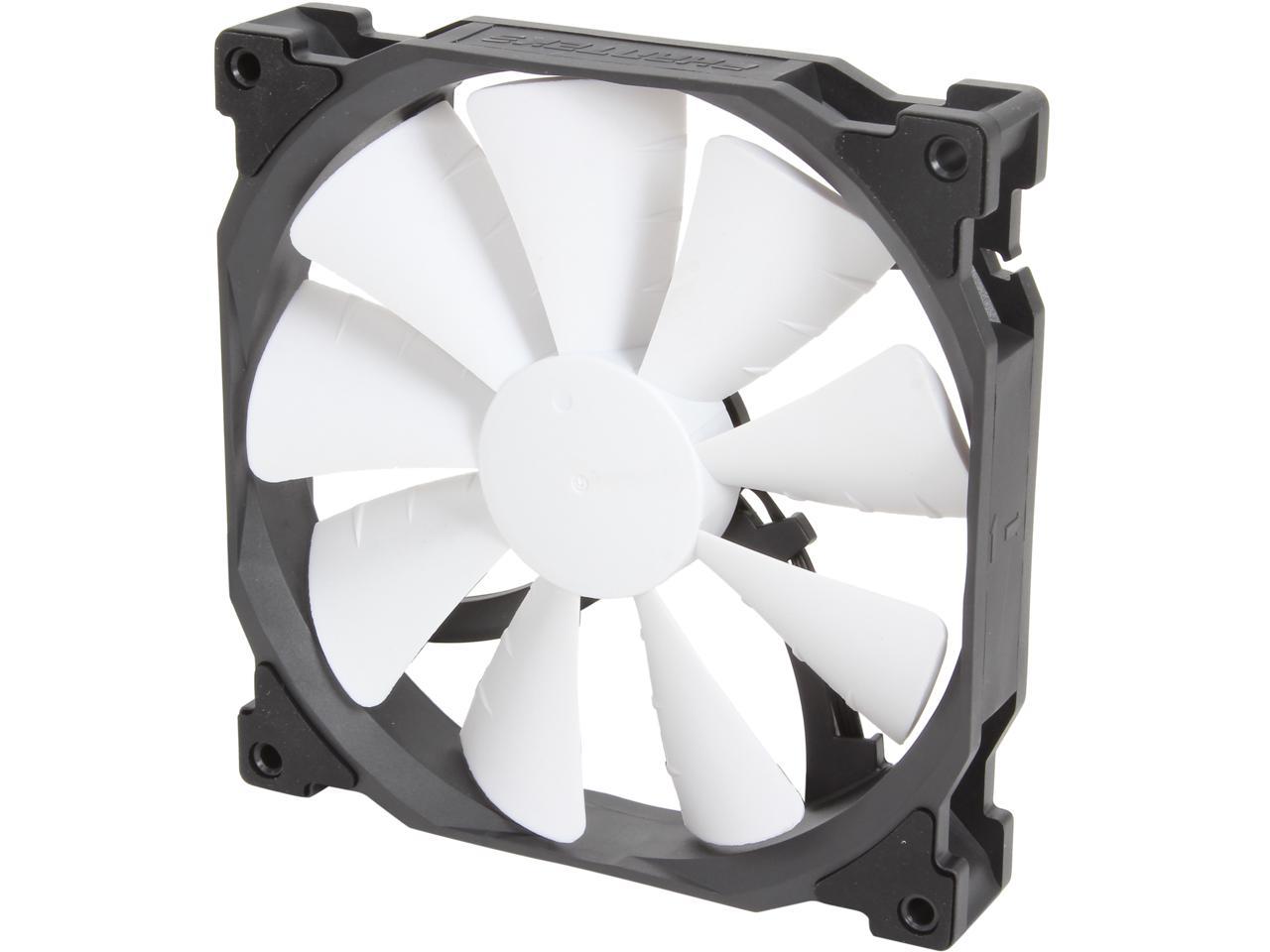 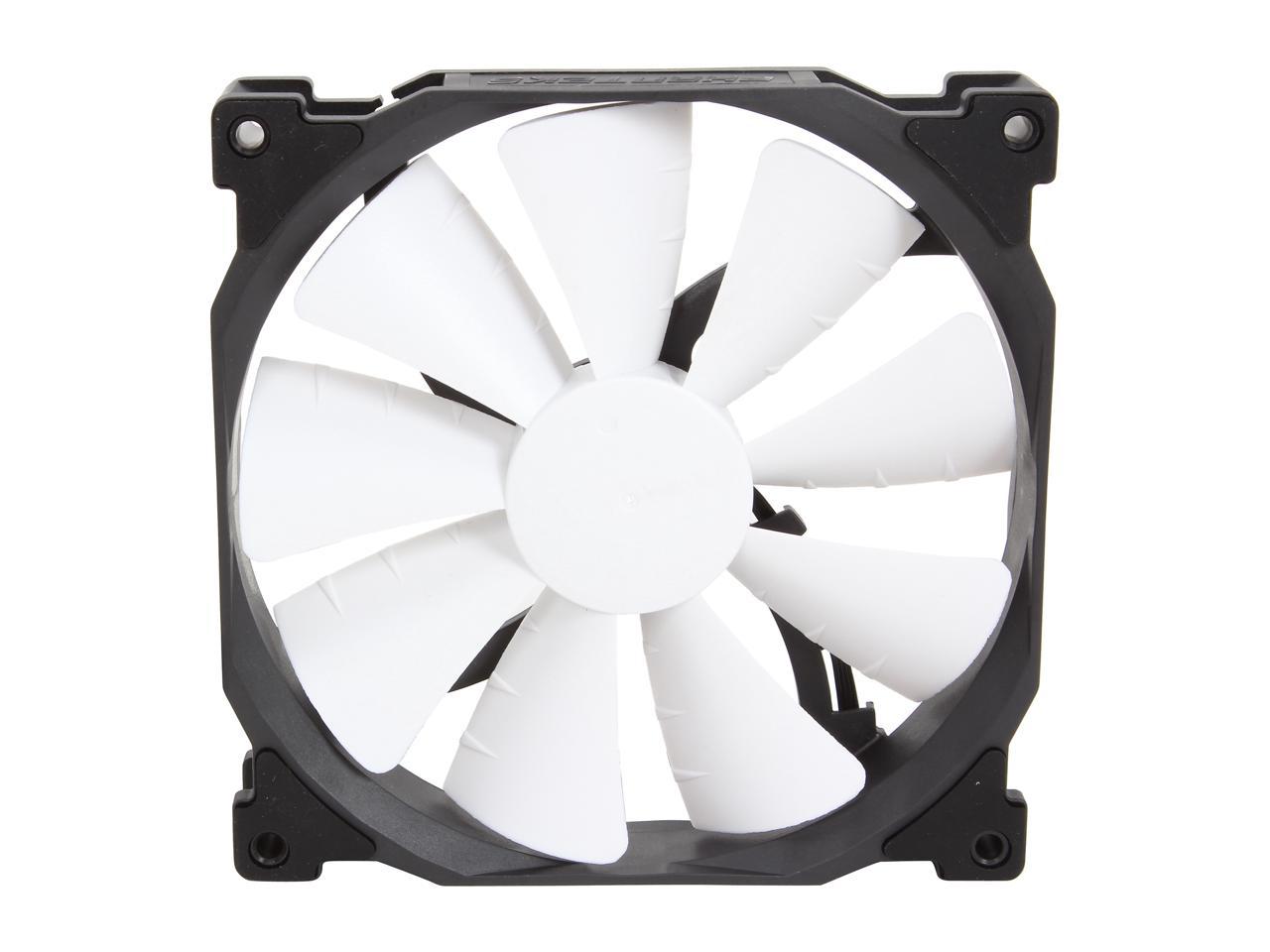 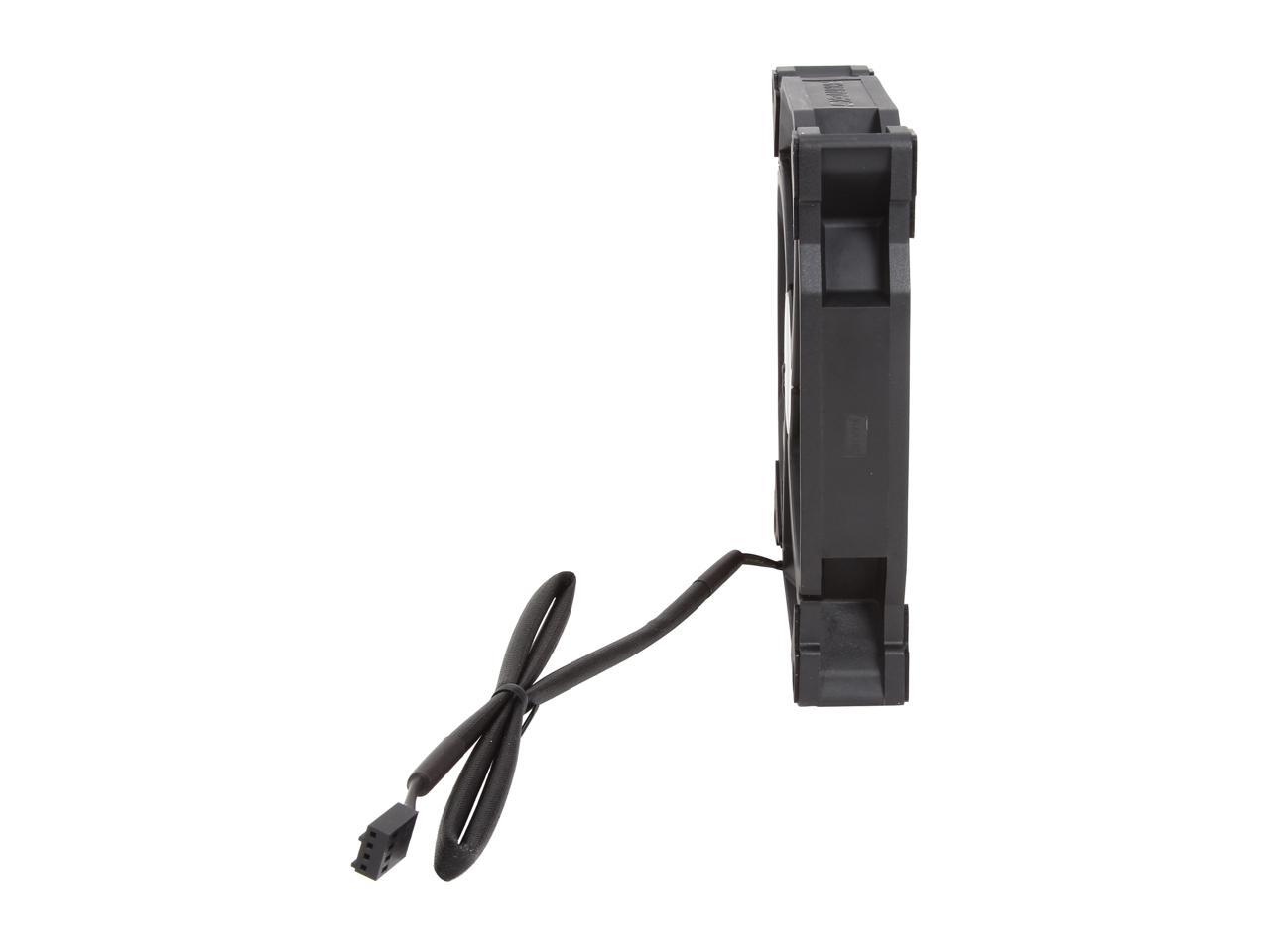 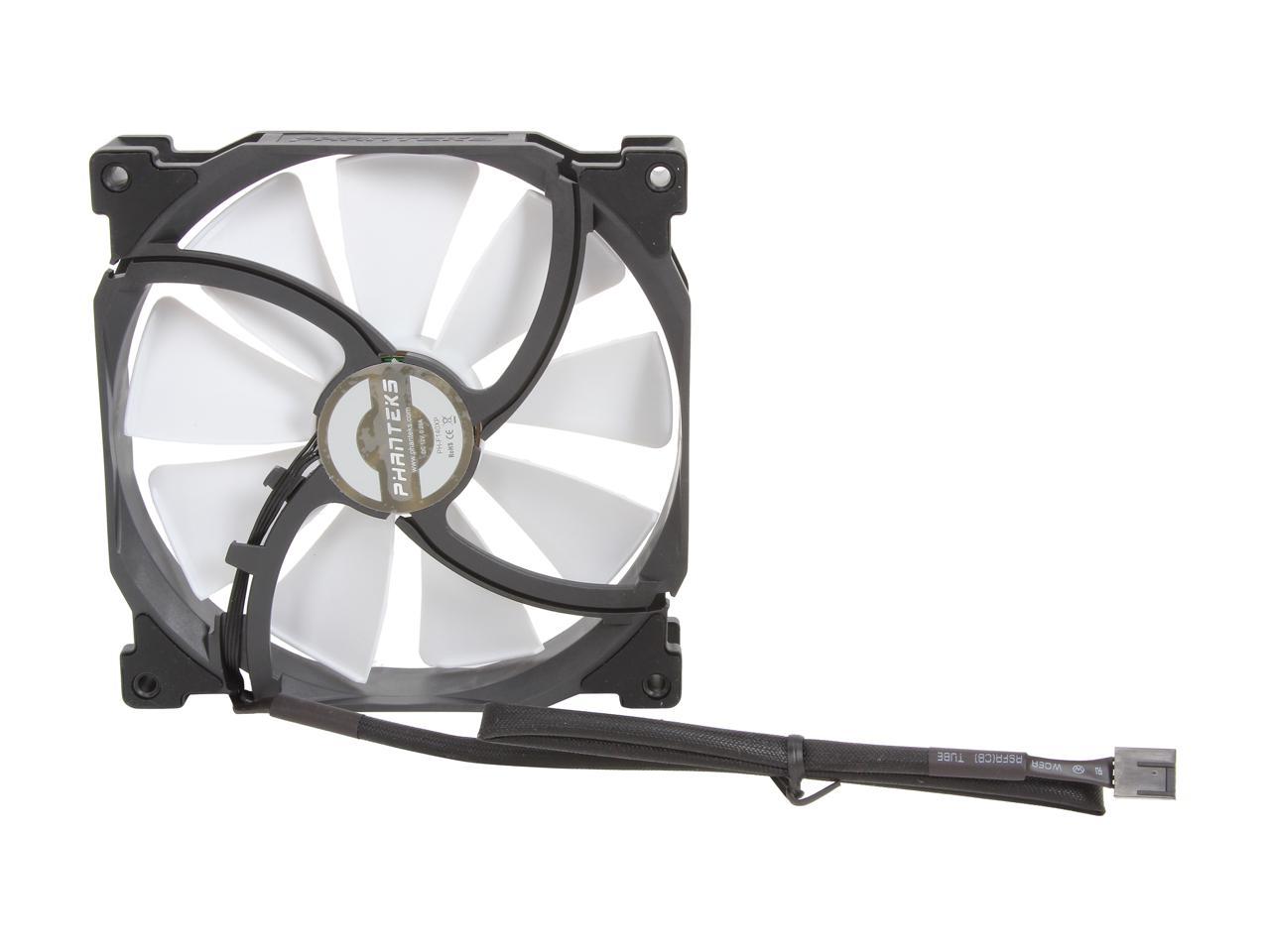 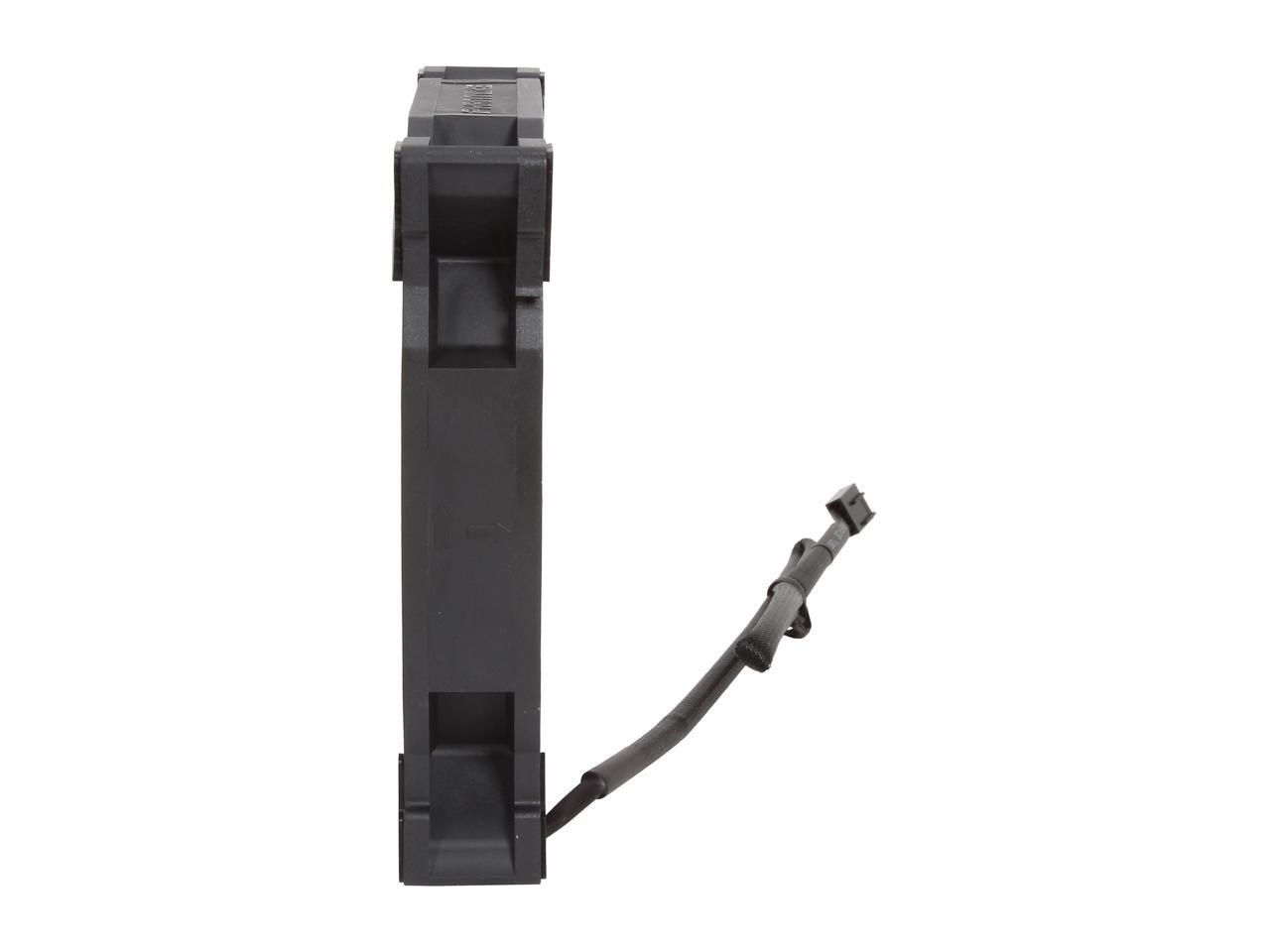 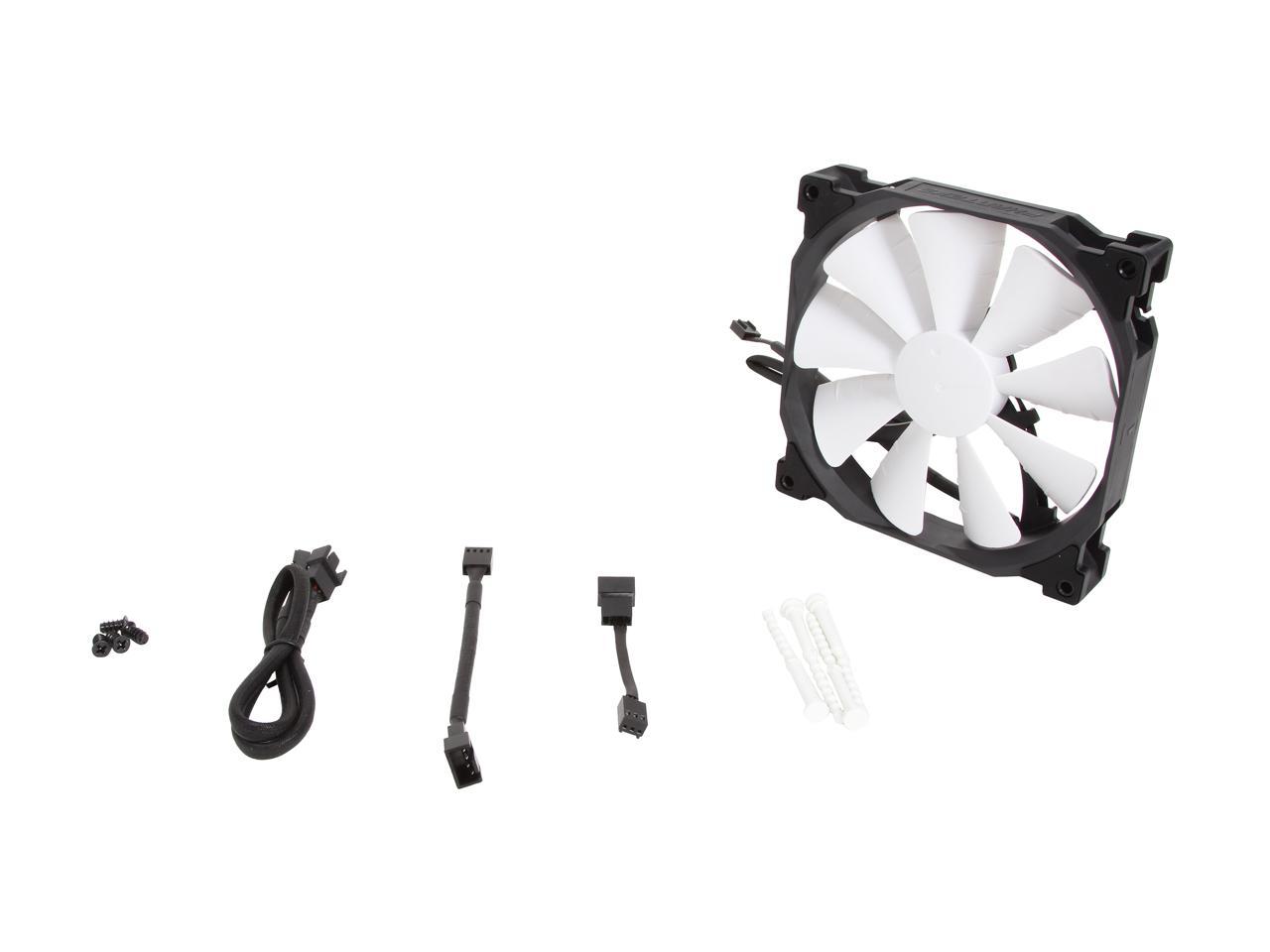 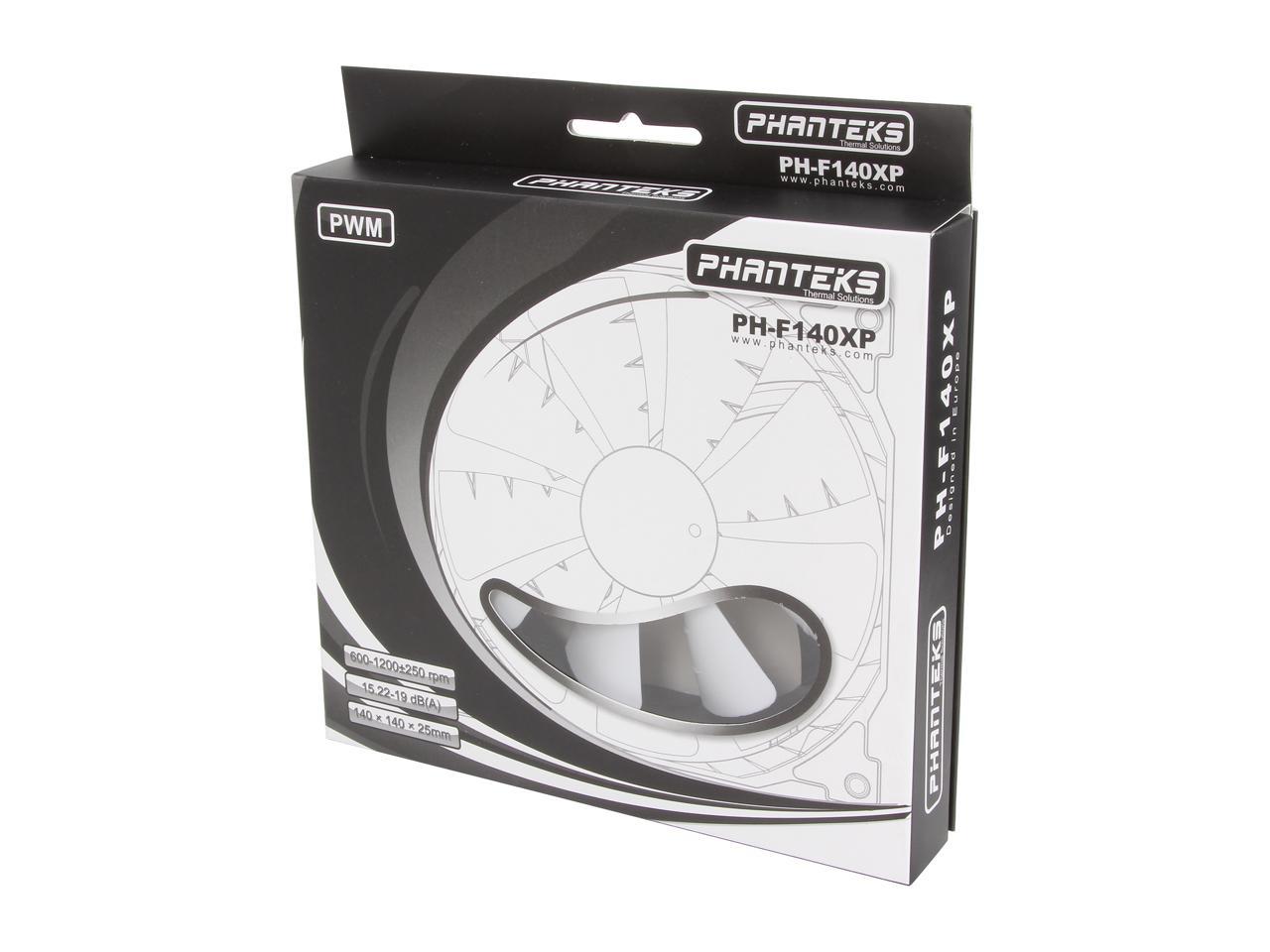 A great choice for case and radiator fan upgrade. The PH-F140XP 140mm PWM Case Fan is specifically designed to overcome high static pressure, blade deflection, and noise challenges. Up to nine blades with MVB feature produce powerful yet silent downdraft airflow. The UFB bearing, composed by MOSS and SSC systems, ensures long lifespan and consistent operation. The PWM functions allow for speed adjustments, providing the excellent balance between cooling and noise. The larger base size with a magnetic brushless DC motor avoids the effects of resonance, ensuring maximum rotational stability. The acoustic dampers, along with anti-vibration compensators, the redesigned back frame, and PCBA, effectively minimize the vibration and noise.

The new nine high pressure MVB blades are precisely angled to generate a silent controlled airflow. The blades produces a downdraft vortex allowing for greater amount of air passage through and reduce airflow turbulence across the surface of the blades to create significantly better performance and airflow while keeping noise to a minimum.

Composed by MOSS and SSC systems, Phanteks’ UFB bearings have an effective hub-tip ratio to achieve a state of equilibrium reducing air and vibration noise. SSC provides an increase in the bearing’s lifespan and ensures that the fan’s axis is consistently operational and quiet.

The PH-F140XP’s PWM functions allow users to adjust speed from 600 – 1200 RPM. Higher speed for performance and lower for silent operation.

Phanteks’ unique fan circuit design provides a Fan Polarity Auto-Restart feature. The sensor inside of the fan will constantly send a series of rectangular signals to your PC M/B indicating that the fan is working correctly. The unique restart feature provides optimal support and protection.

The back frame of the PH-F140XP is meticulously redesigned to create better structural strength and reduce the vibration occurrence. It even offers an anti-vibration compensator to help minimize the vibration.

Extension Cable and 4 to 3-pin Adapter

The Phanteks PH-F140XP comes bundled with accessories, including a 400mm extension cable to improve cable management and 4 to 3 pin adapter for use with a fan controller. Learn more about the Phanteks PH-F140XP_BK

Pros: high quality 140mm for <$20. white blades (matches system theme). very quiet. at full power just makes a low, deep, "whoosh". still barely audible over other components. moves quite a bit of air. noticeably more air pouring out of the back now vs the Corsair fan it replaced at same speeds.

Overall Review: there are lots of "cheap" fans floating around and some get some awesome reviews around the web. i just don't want to be doing trial-and-error through multiples so i try to go with a known quality brand at a medium range price. this one is a good choice.

Pros: Comes with vibration pads. It is very quiet at full rpm. I have four of these running full blast inside an NZXT H630 silent case. I'm totally pleased with their performance! I was surprised at their quietness at maximum speed. They really keep the ventilation moving. I'm going to use them in my next builds. I have used Zalman, Cooler Master and Noctua, but these Phanteks run great, and they come with a few extension & adapter options to facilitate about every condition. Thumbs up for Phanteks 140mm case fans! I forgot to mention that it comes with rubber fasteners.

Cons: Odd assortment of included screws (May or may not affect you.)

Overall Review: Ordered these to replace the two AF140L fans that were included as front intake fans in a Corsair 760T. Upon opening the box, I realized these fans had incredible packaging. I've never used a Phantek before, but immediately I knew these fans screamed quality. Opening the box revealed a TON of accessories, and like the fan itself, everything had a nice braided cable (granted it is a rubbery-feeling type instead of the traditional cloth style, which means it bends slightly different, yet is still great.) As I went to install the fans, I noticed the fans include some very small phillips head screws, and a white rubber "screw" which is supposed to cut back on possible vibration noise. Because the small screws and my AF140Ls screws wouldn't fit, I opted to try the new rubber ones, and to my surprise they hold up pretty good. My fans seem to be securely in place, and I didn't need a screwdriver. Although if you had ideas of hanging these fans from the top of a case, I don't think I would trust the rubber screws, I'd use the traditional screws instead. As for performance, even when running at maximum RPM they stay quiet, in my scenario at ~800 RPM or so these fans are silent, I need to put my ear next to them to hear them. When I used to run the AF140Ls in my case, aside from the noise & clicking, my motherboard would hover around 38°C. With the Phanteks, not only is my PC running quieter, with the improved airflow my motherboard is running at 31°C, a 7°C/13°F drop. Impressive. If you're looking for a PWM fan that has a balance of CFM to noise ratio, Phantek made an incredible contender. Noctua makes a great alternative to these, but I couldn't justify spending so much more money on fans that might have been slightly better, and (in my opinion) the ugliest fans on the market, which I would end up spending more money for paint to get the same exact look the Phanteks had in the first place.

Pros: I was getting tired of looking at the stock brown & tan fan on my NH-C14S and I wanted to match the black & white fans that came with the case. I wasn't sure if these would work as well as the Noctua fan as these are about 0.5mmH2O less static pressure. But it seems to be working just as well in keeping things cool just as the stock fan on the NH-C14S did. I did have to bump the fan speed curve up a bit. But it is so quiet that it's barely noticeable even at 100% speed.

Pros: -Quiet -A LOT of airflow even with included low noise adapters -Inlcuded much easier to manage/use low-noise-mounts than most other fans -Built in noise reduction pads like noctua has -Looks great, performs great

Cons: -Won't take me out to dinner no matter how much I ask

Overall Review: I love phanteks products, they really have a premium feel and quality build.

Pros: - QUIET. In normal use, at 40-50% of top speed, the only sound you can hear is the air itself as it moves through grating or over components. - PWM speed control through mobo BIOS. I have an intake an exhaust both tied to the CPU temp to help keep things cool under load without needing to manually flip switches. - Looks great, no RGB necessary. Complements my black/white build. Who knew you could get quality like this without coloring the fan brown? ;)

Cons: None, I have had zero issues with these fans over several years of use.

Pros: needed another fan to add to the phanteks case don't care for rgb black and white nice moves a lot of air quiet anti vibration

Pros: Well made, quiet operation, and great as add-on fan.