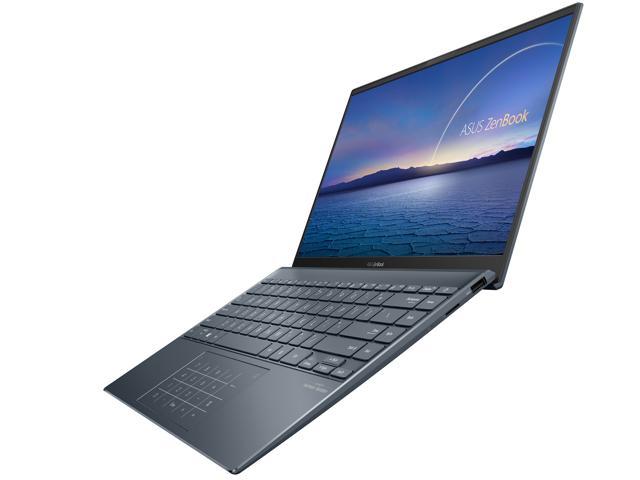 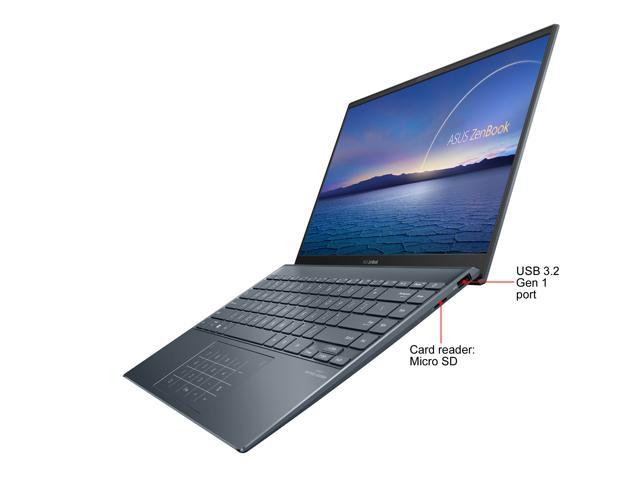 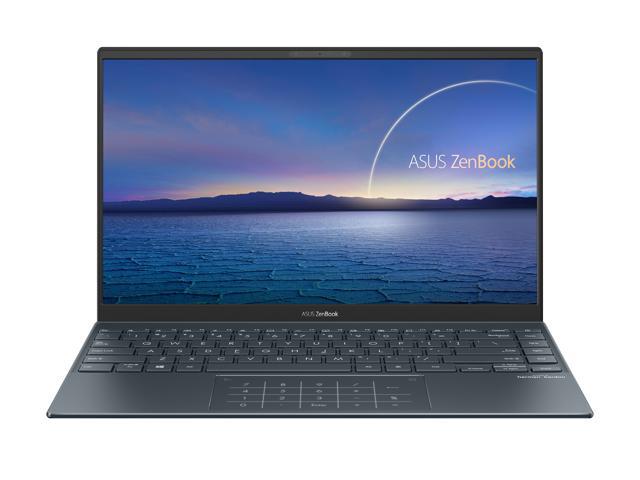 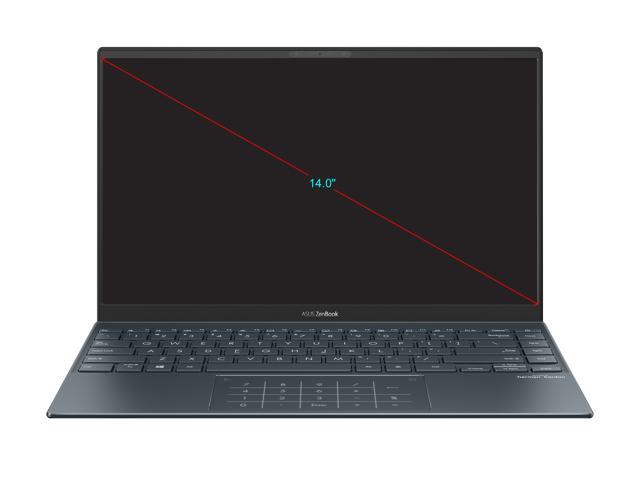 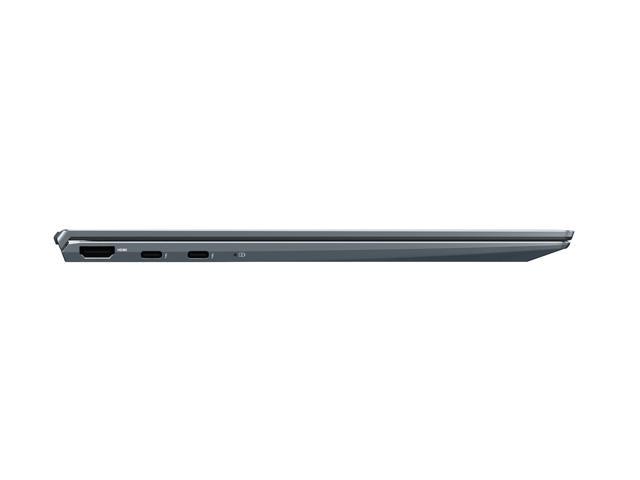 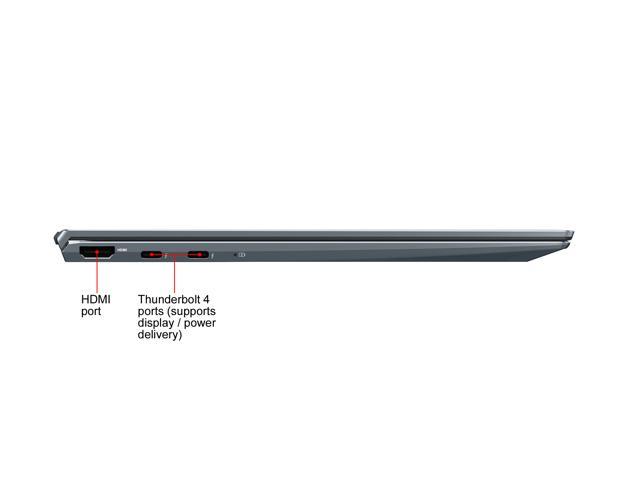 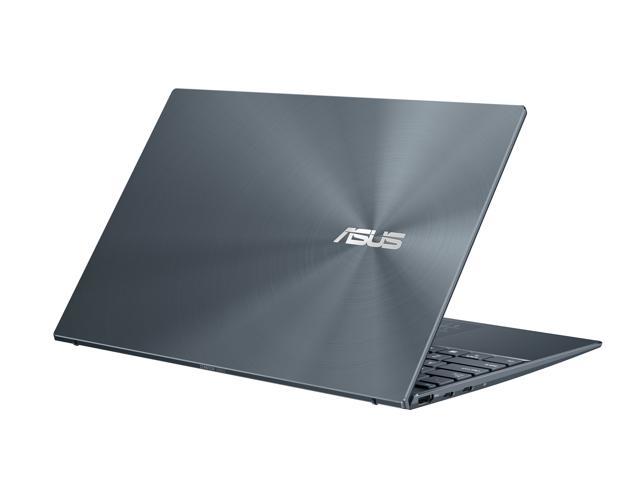 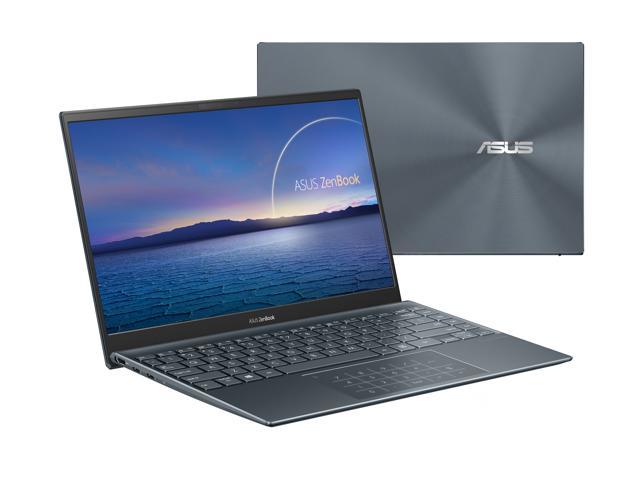 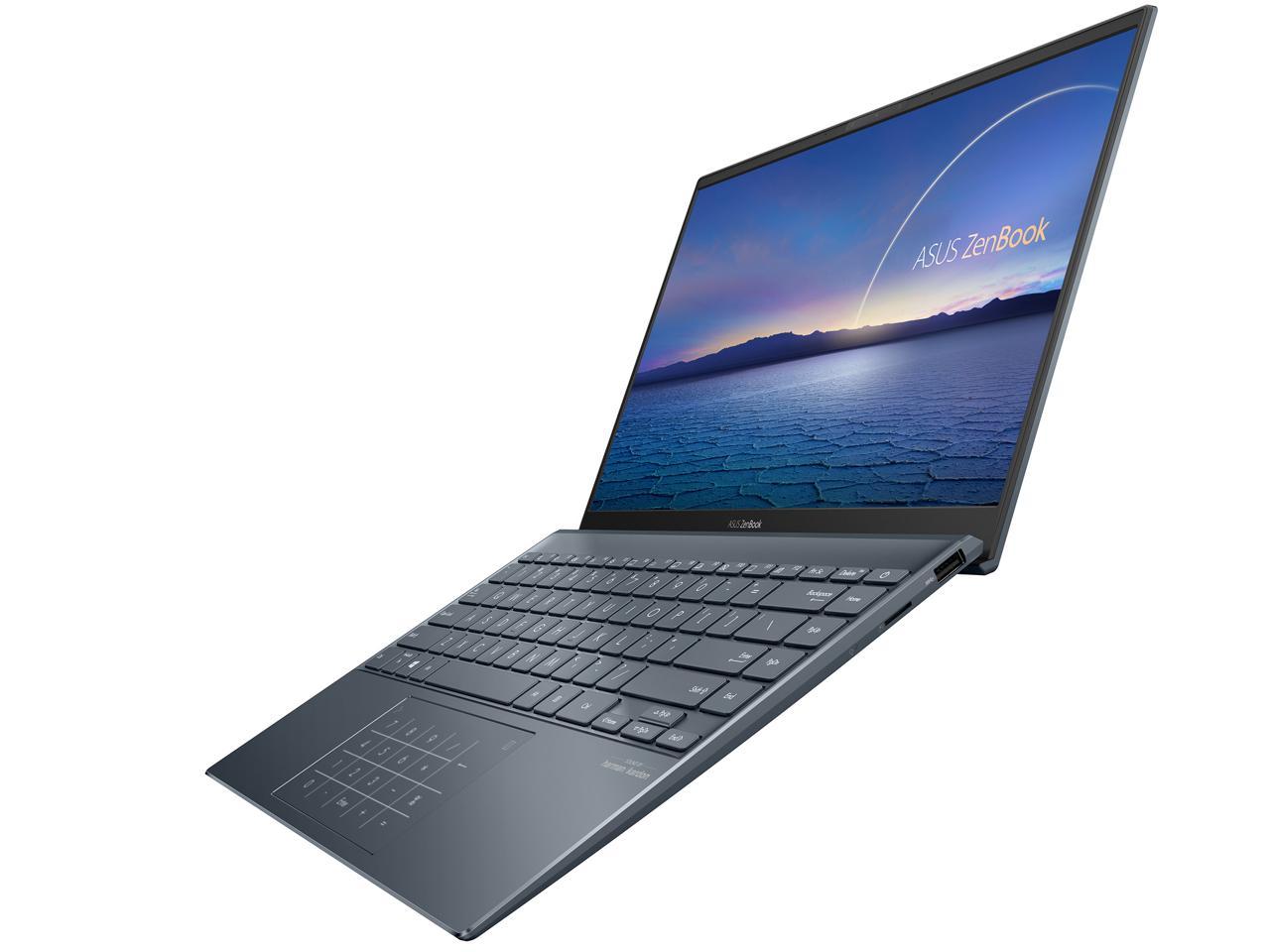 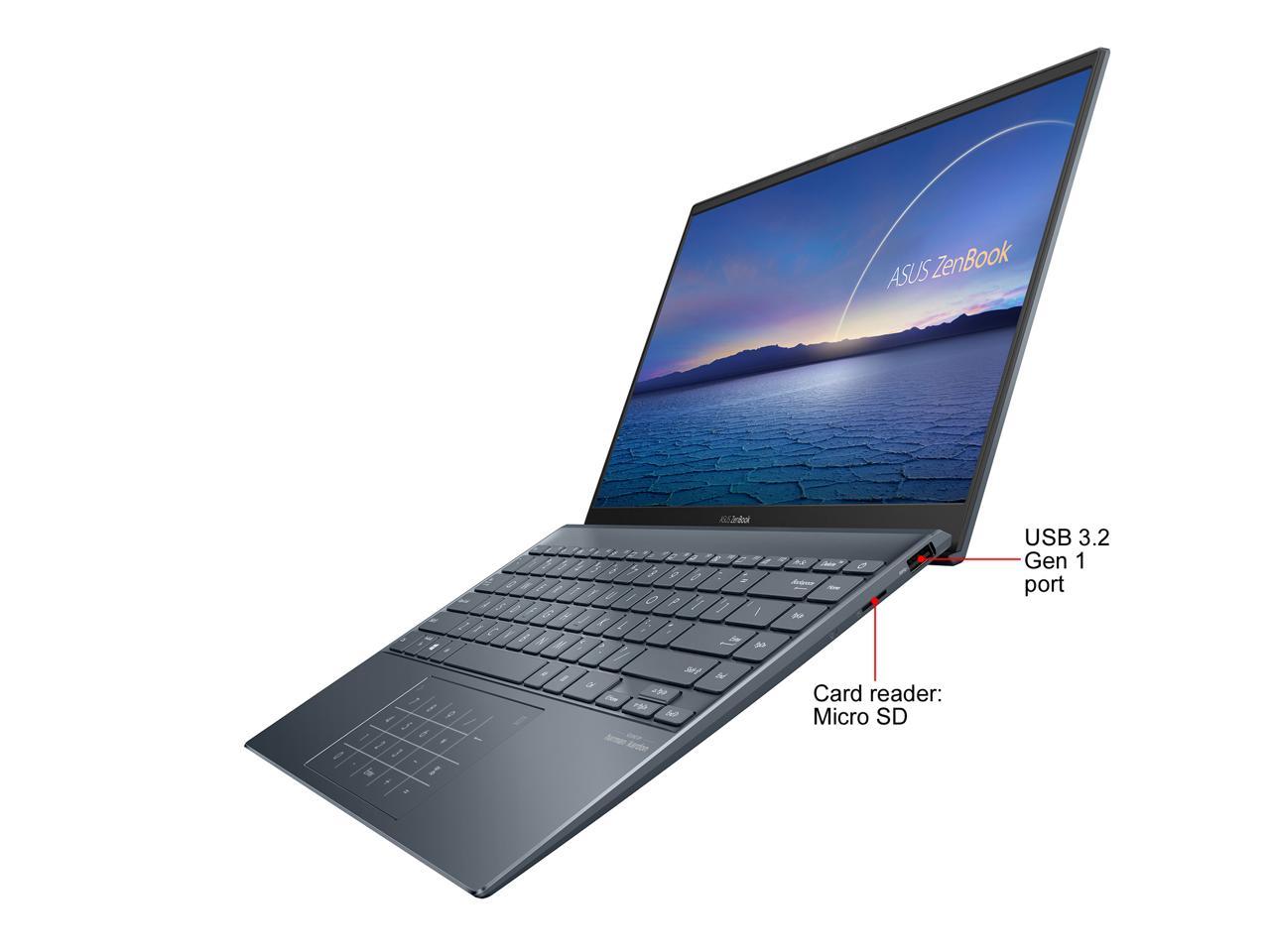 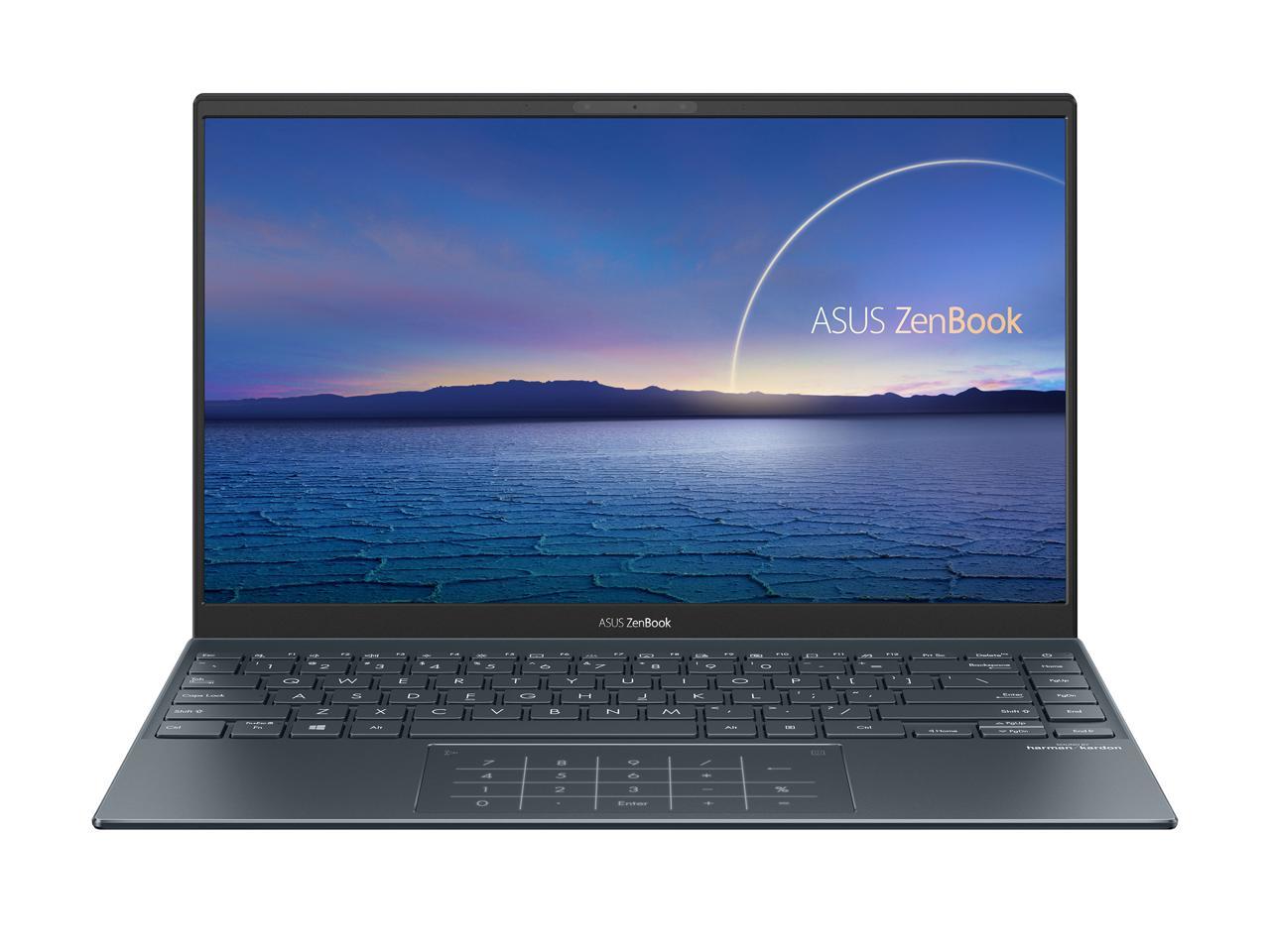 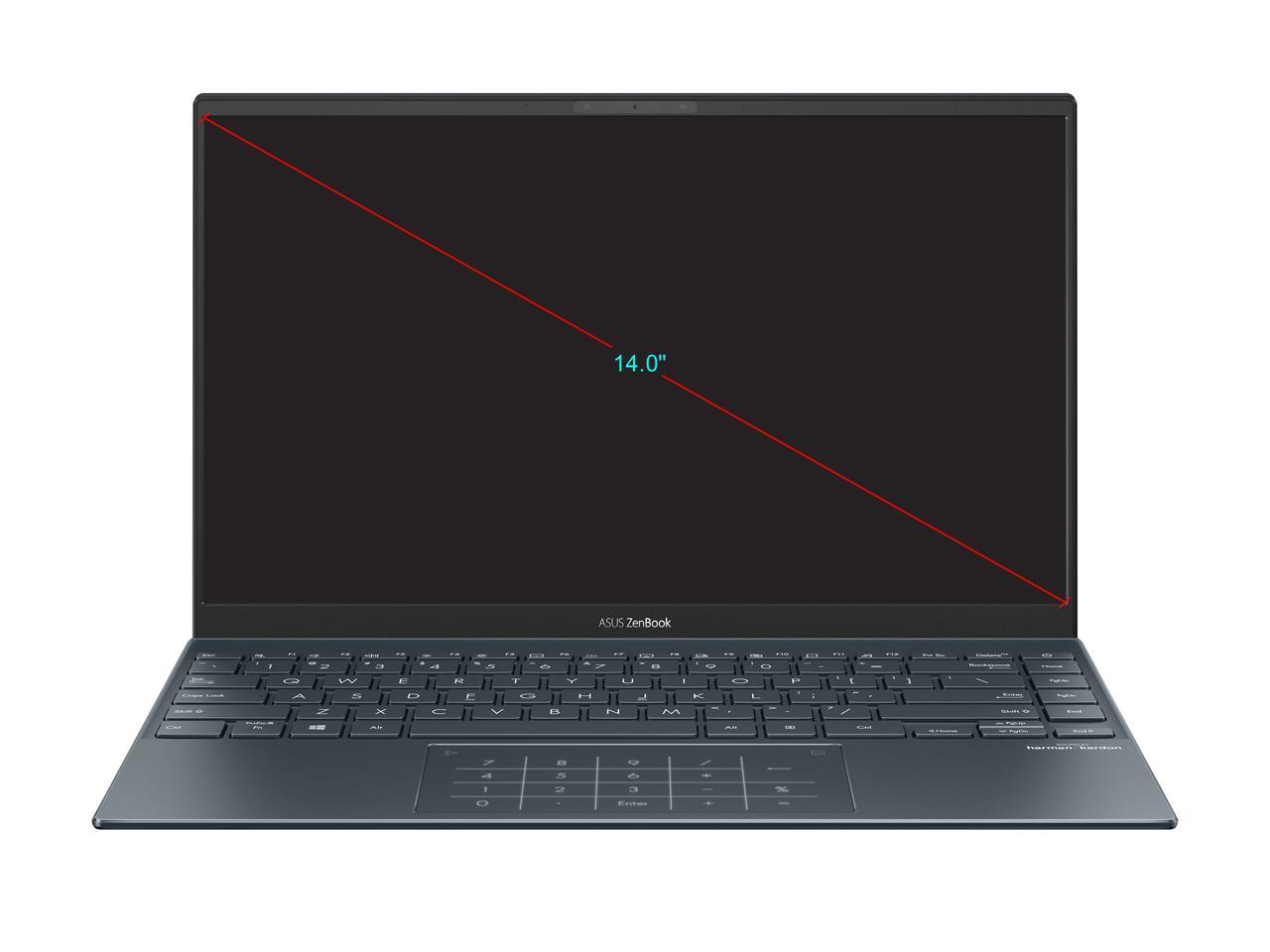 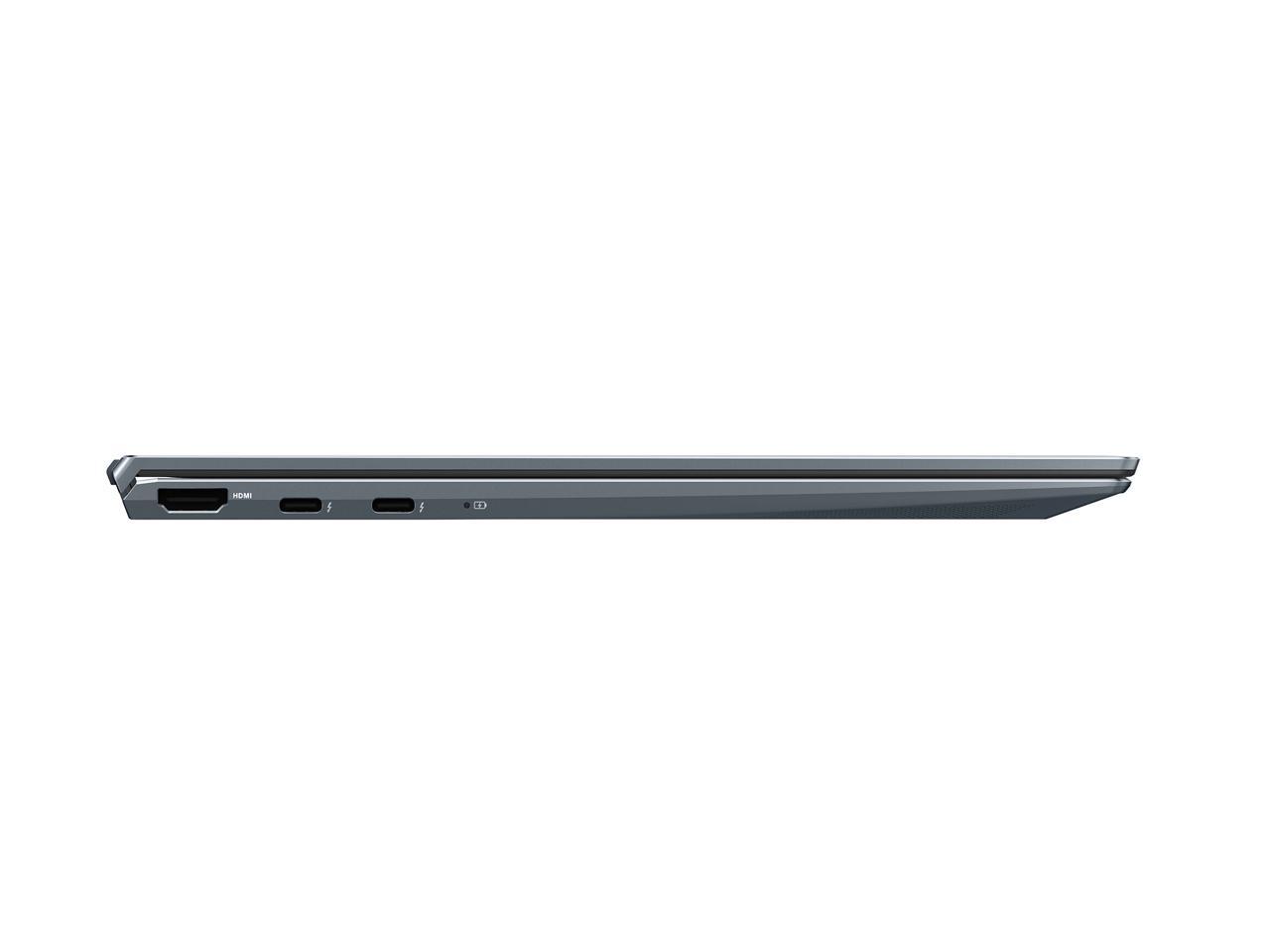 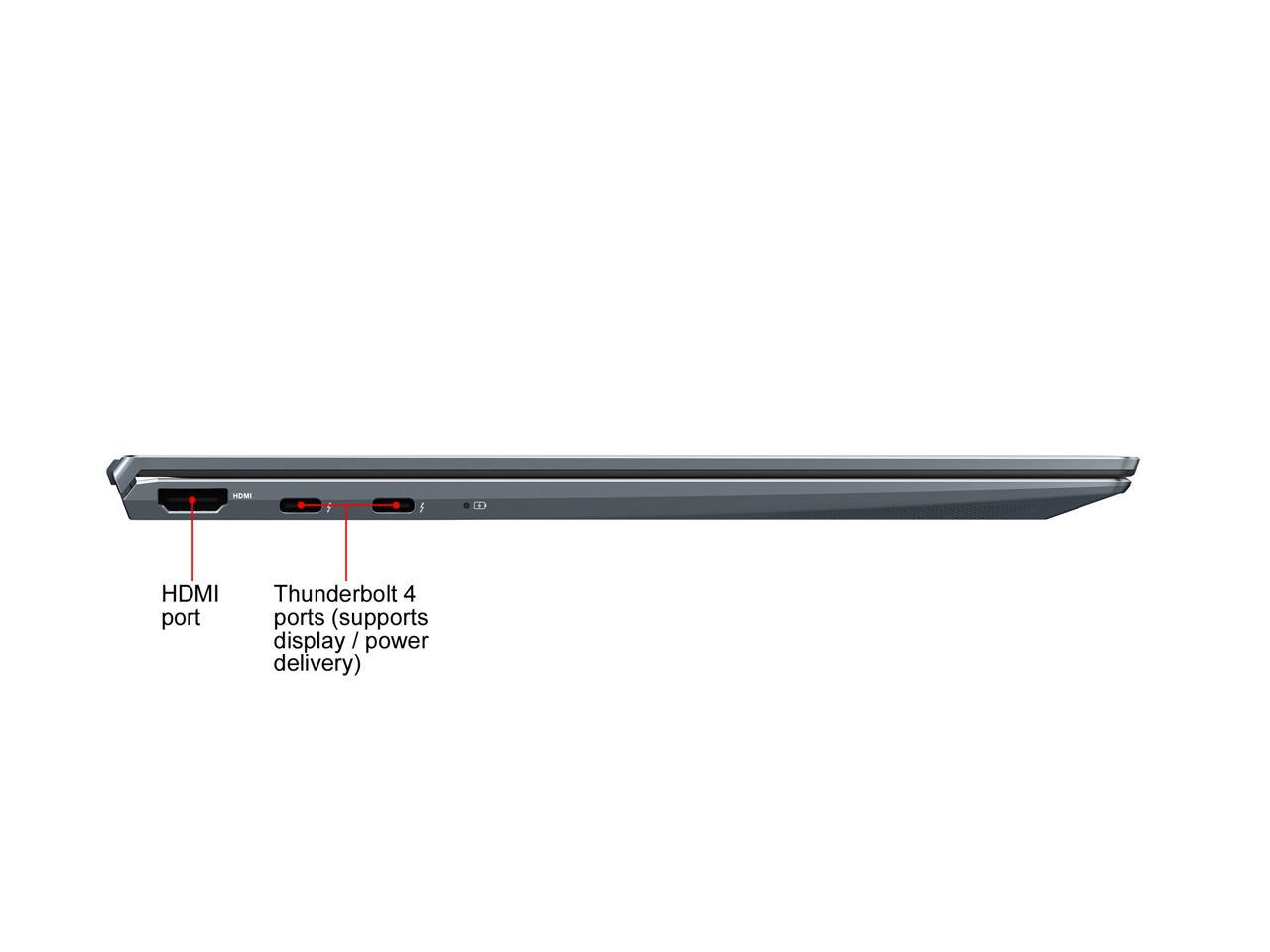 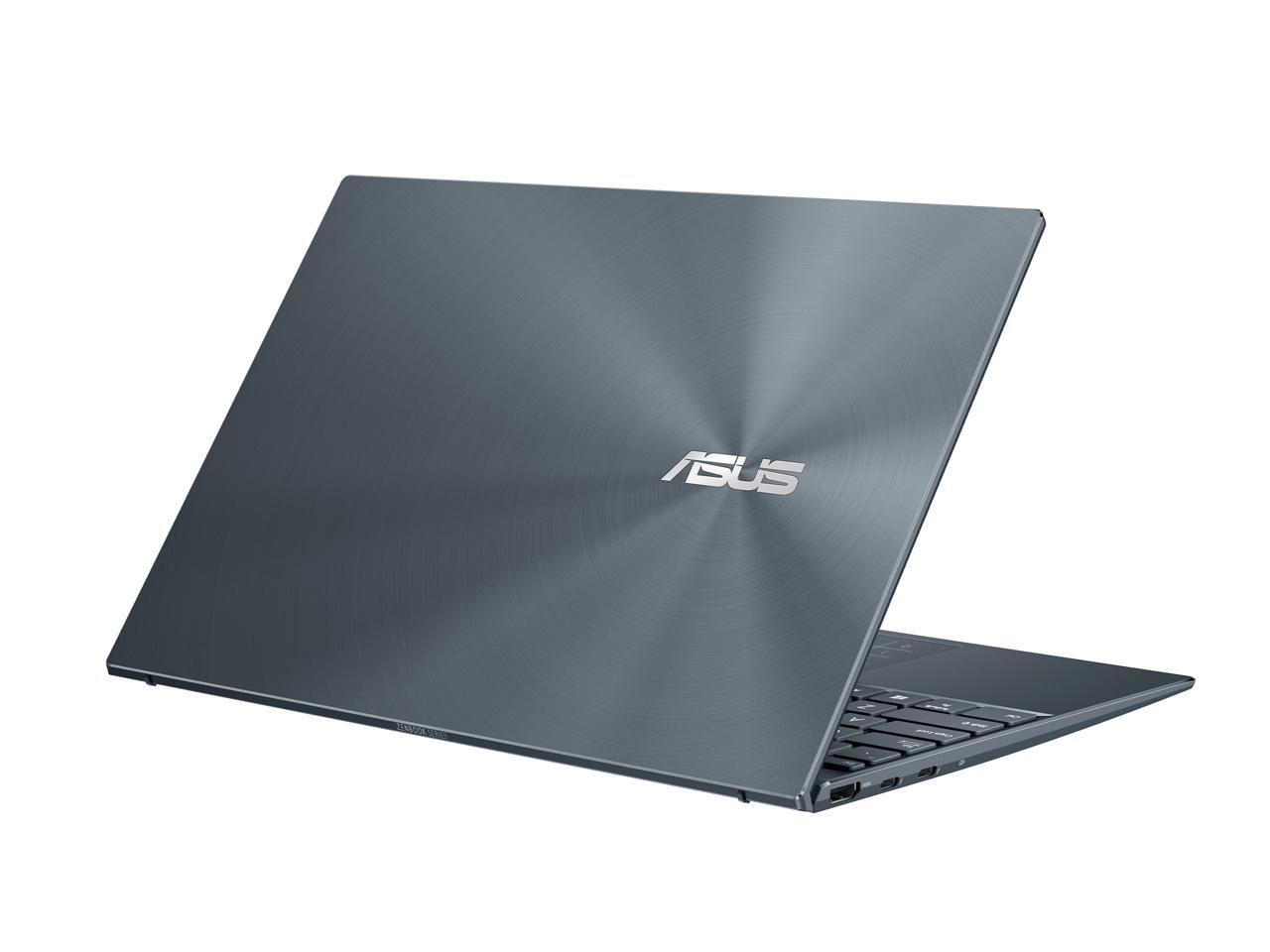 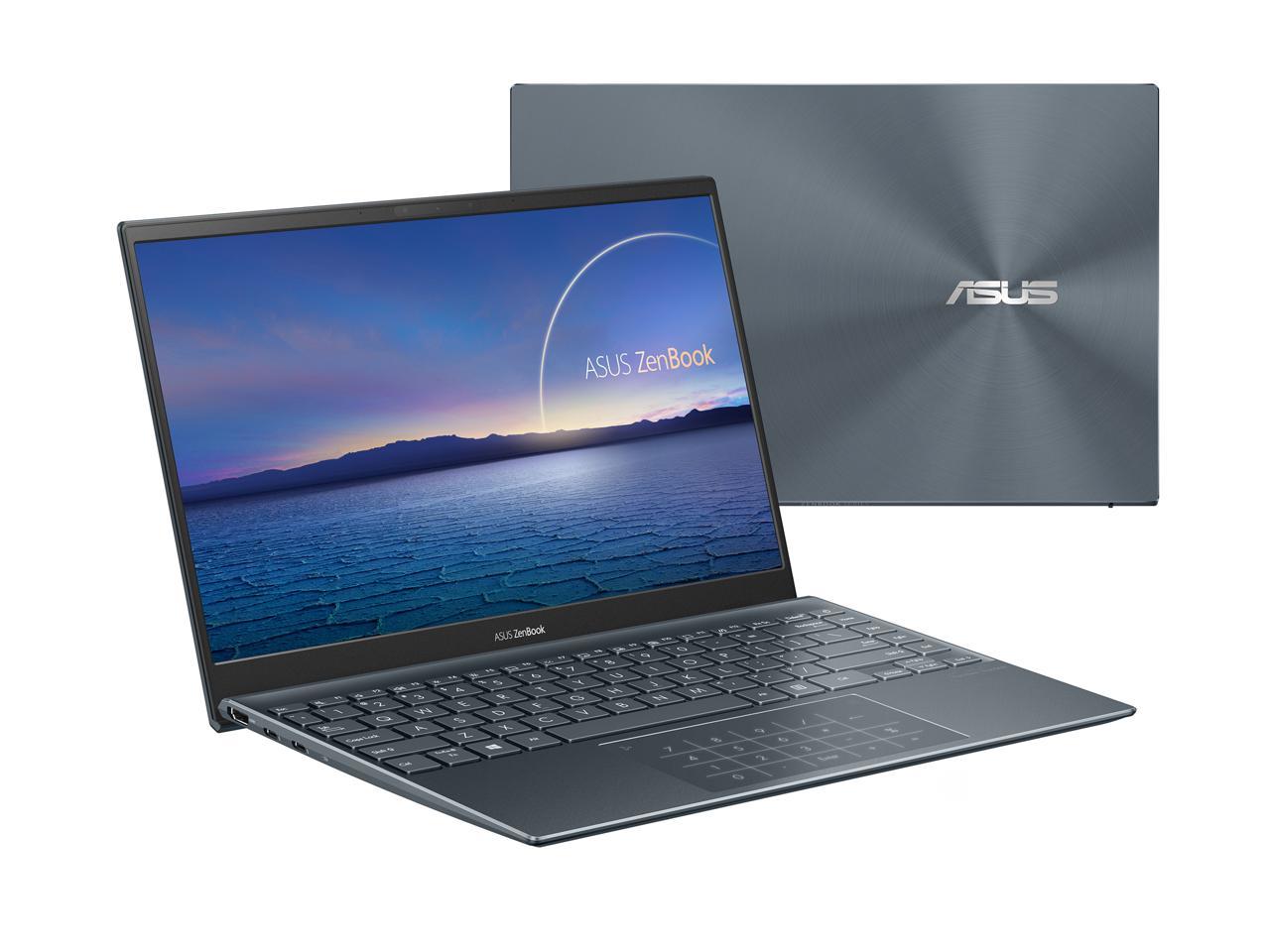 Learn more about the ASUS UX425EA-EH71

Pros: Having used this computer for a couple of weeks, I can report that in most ways it is as great as all of the reviews say it is. The profile and weight are fantastic for someone on the go like me. I love the screen real estate, the comfortably-sized keyboard of the 14" model, the crisp, matte screen (thank heavens for the absence of glare) and clean sound. In short, I like the performance...most of the time (see cons).

Cons: I confess up-front that I am not a computer expert, but I have encountered a few frustrations: - Choppy/crackly audio+video while participating in videoconference services such as Zoom. I have found that Chrome gives me the fewest problems, but when I reflect that my 2017 Acer Chromebook ran hundreds of videoconferences with almost zero issues, I am disappointed that a 2021 Asus with newer, higher-quality components including an i7 processor cannot surpass that reliability. - Sign-up for the ASUS warranty and access to that portal have proven mediocre. When I first registered my computer, later that very day the system did not recognize my login, leading me in confusion to try and re-register the computer (which of course failed, since I had already linked the serial # to my first, inaccessible account). About a week later, while troubleshooting the above video/sound issues, I attempted to access my Asus portal and now found that my login was working again, without my having made any alterations to it. HOWEVER I discovered that I could only access the ASUS portal from the administrative Windows account with which I first set up the computer. If I try to open the ASUS app from my Windows user account, I only see an unresponsive, white box titled ASUS. - As many others have noted, this laptop runs hot - often quite so. As much as I love the slim profile, I become concerned at times at the amount of heat gathering in the bottom of this computer and the very narrow channel through which that heat is able to dissipate. Touching that quite hot underbelly and listening to the (for now quiet) fan whirring at top speed, I often become concerned about the lifespan of this laptop's innards. I find myself propping the computer on other items in order to give the computer more room to breathe.

Overall Review: A pretty nice computer which I am thankful for and with which I will content myself with. I can't escape feeling, however, that I basically paid 3x as much for a brand name without getting a whole lot of improvement in performance -- in the case of videoconferencing, as stated, it seems to actually be a downgrade. It seems to me that the cheaper computers out there are not noticeably inferior to those computers advertised to be the best.

Pros: Very easy to setup and use, lightweight and compact design. The memory and processor provide good performance for my son, who is in college and needs for notes plus using CAD software.

Pros: Everything that isn't listed as a con.

Cons: - the computer has a lot fewer ports, usb slots, no audio jack, etc. But this is to be expected from an ultra book (to reduce the amount of space it takes for performance and portability)

Overall Review: The best option for a college ultrabook in my opinion.

Pros: First of this is my first laptop purchase. I had to get a new one so when this configuration popped up I went ahead and grabbed it. I was under the impression that I would save money by buying a 8gb ram and I can configure up to 32 gb ram. Then when I got the laptop my trouble to finding the ram is being very difficult. Coz they don’t make 4666 MHz ram. If I use a less speed ram the installed one moves it’s speed to the lesser speed. So now I am Stuck with 8 gen. For everyday use the lap top with i7 11 gen is really fast. I wanted to have a system with Atleast 32 gb ram since I want to start using photoshop and light room. Now I am stuck and have to wait maybe several years before I can find the ram.