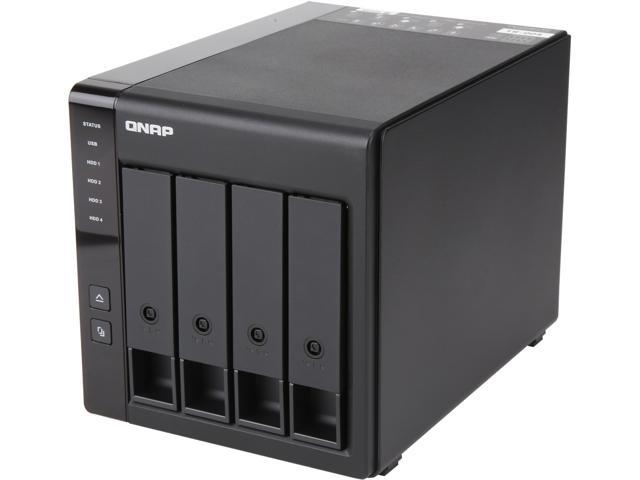 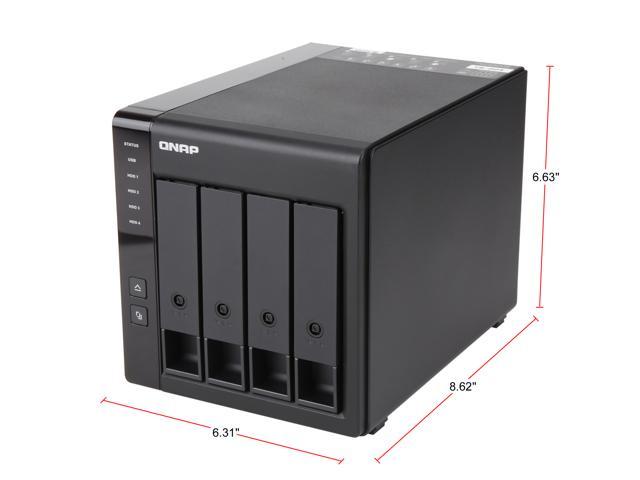 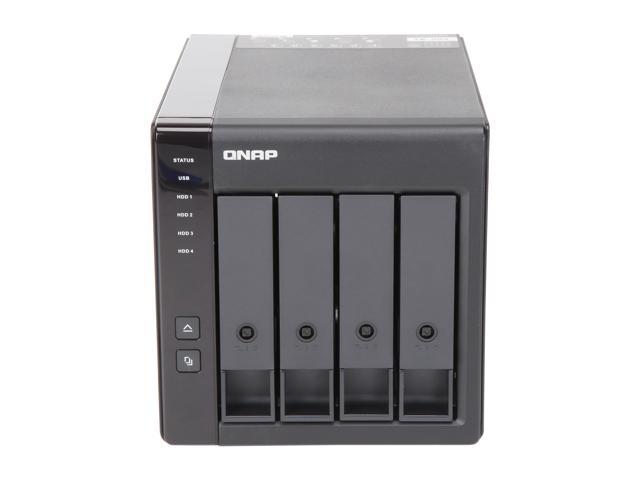 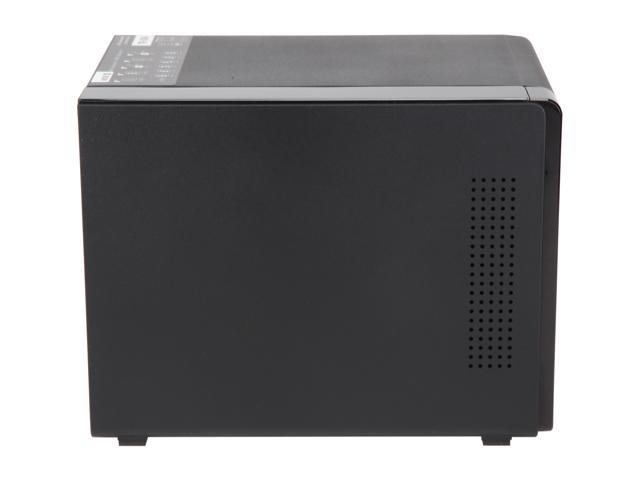 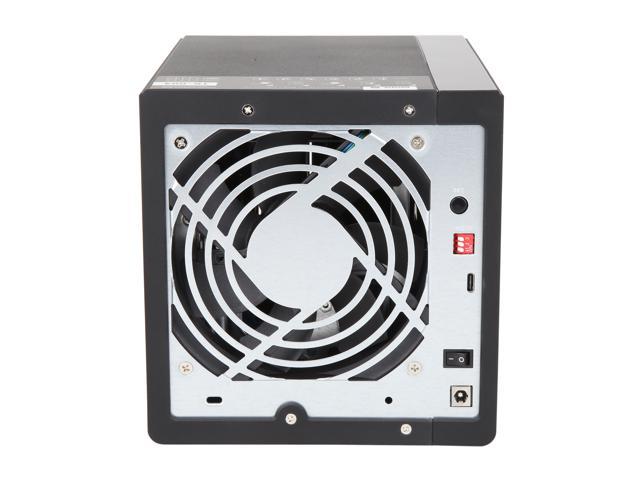 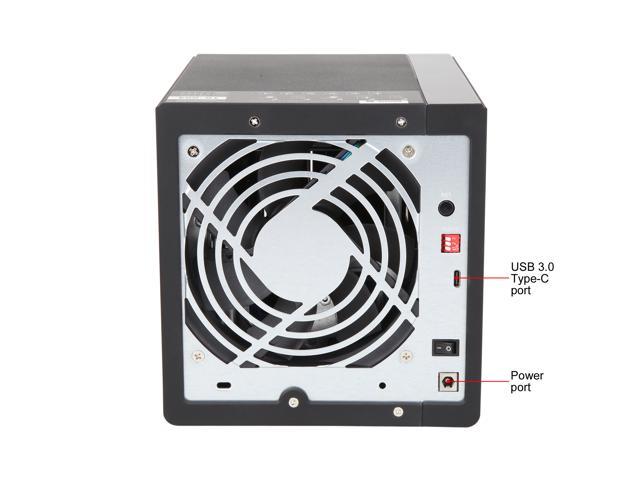 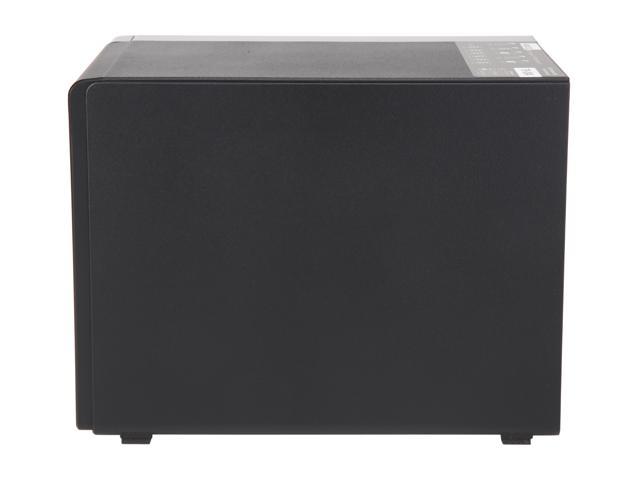 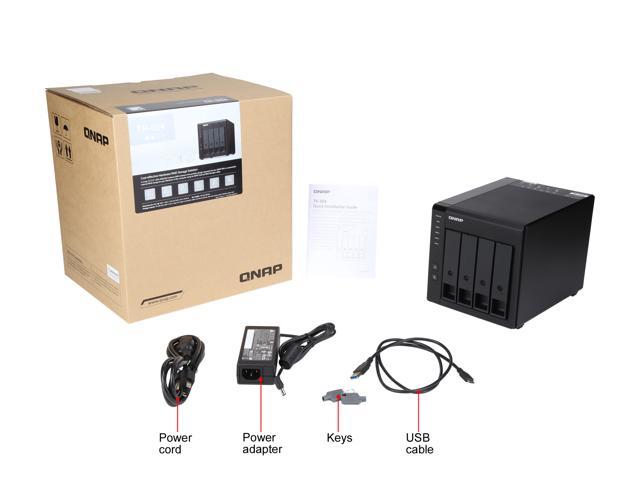 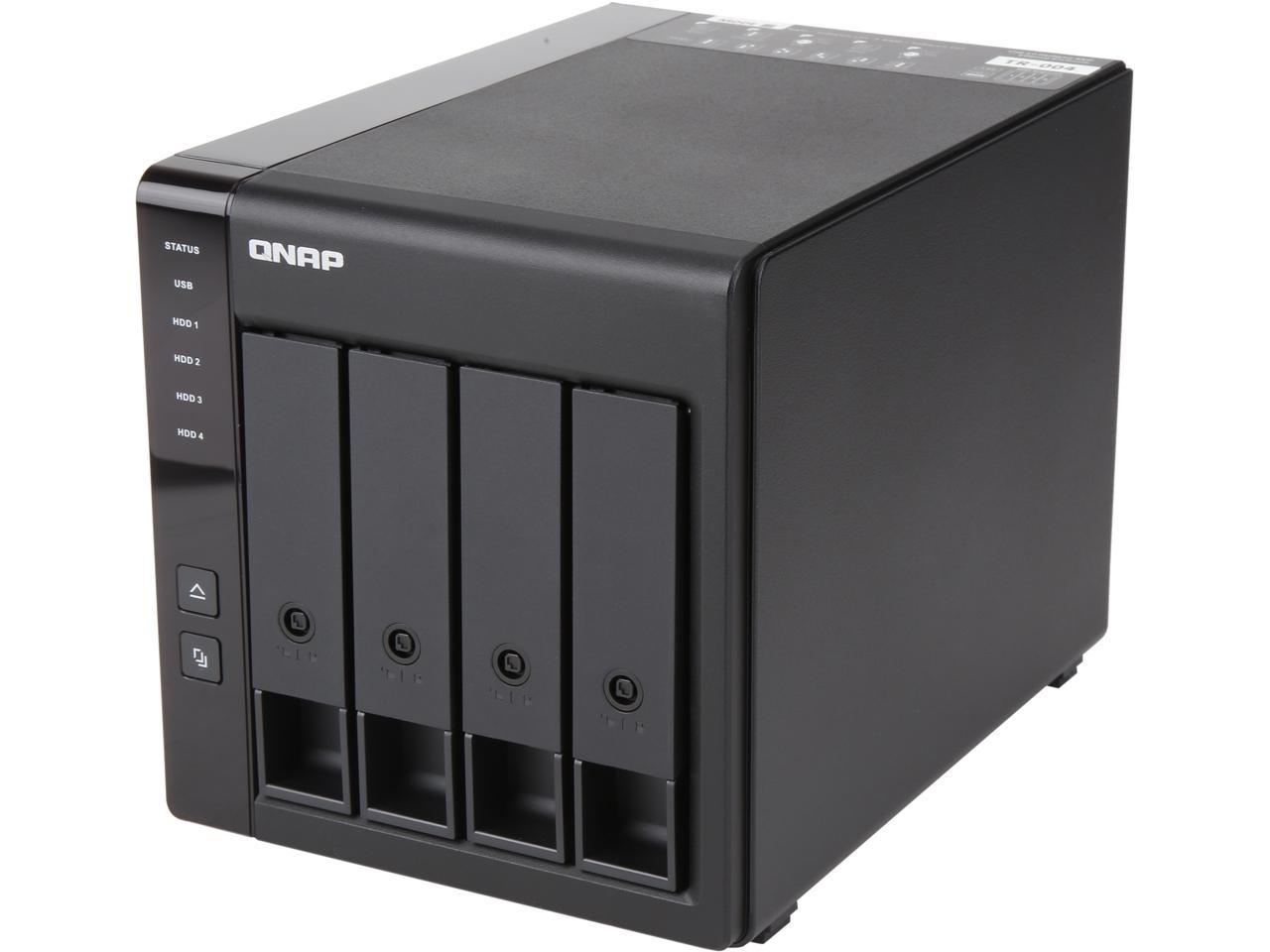 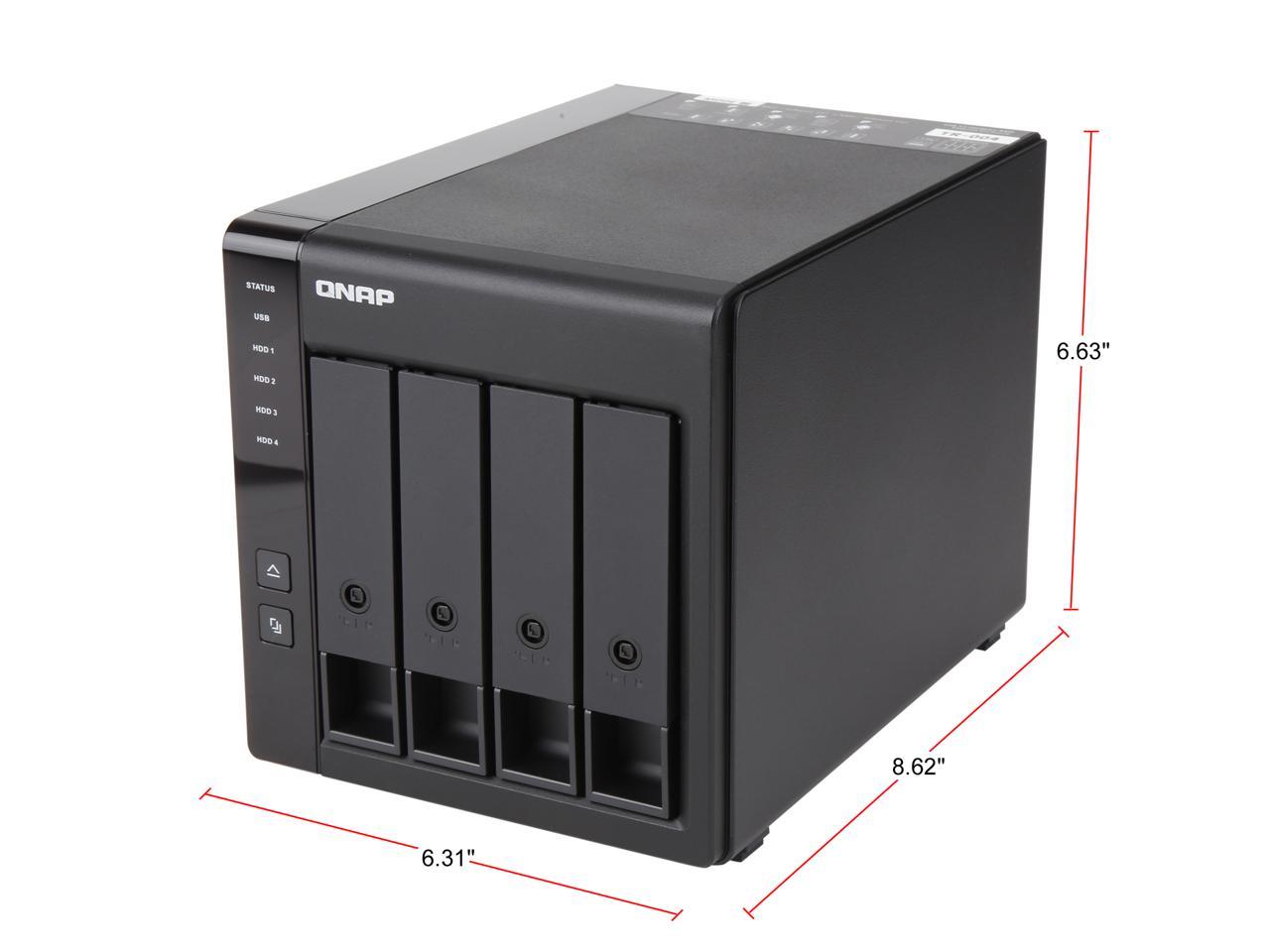 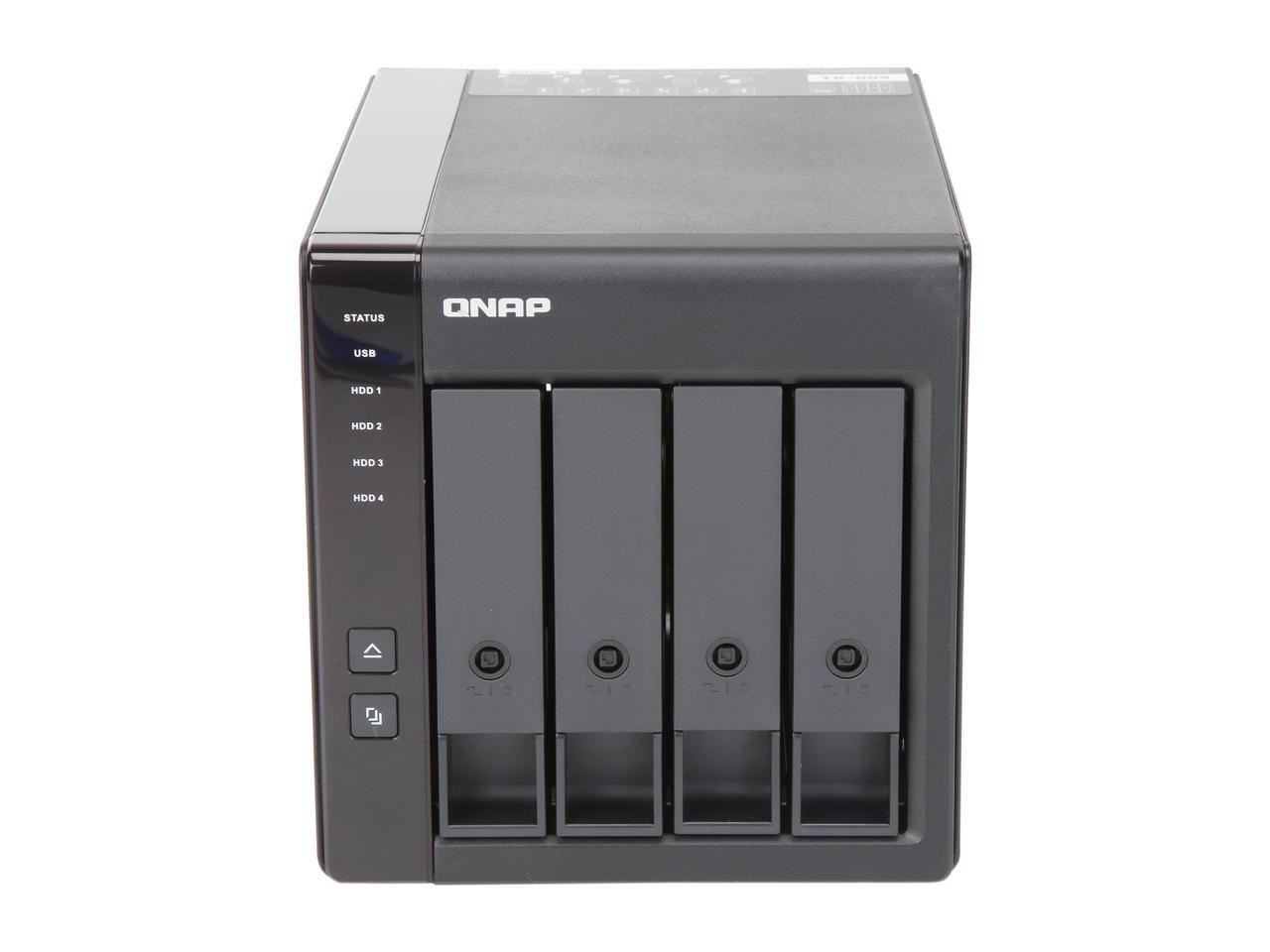 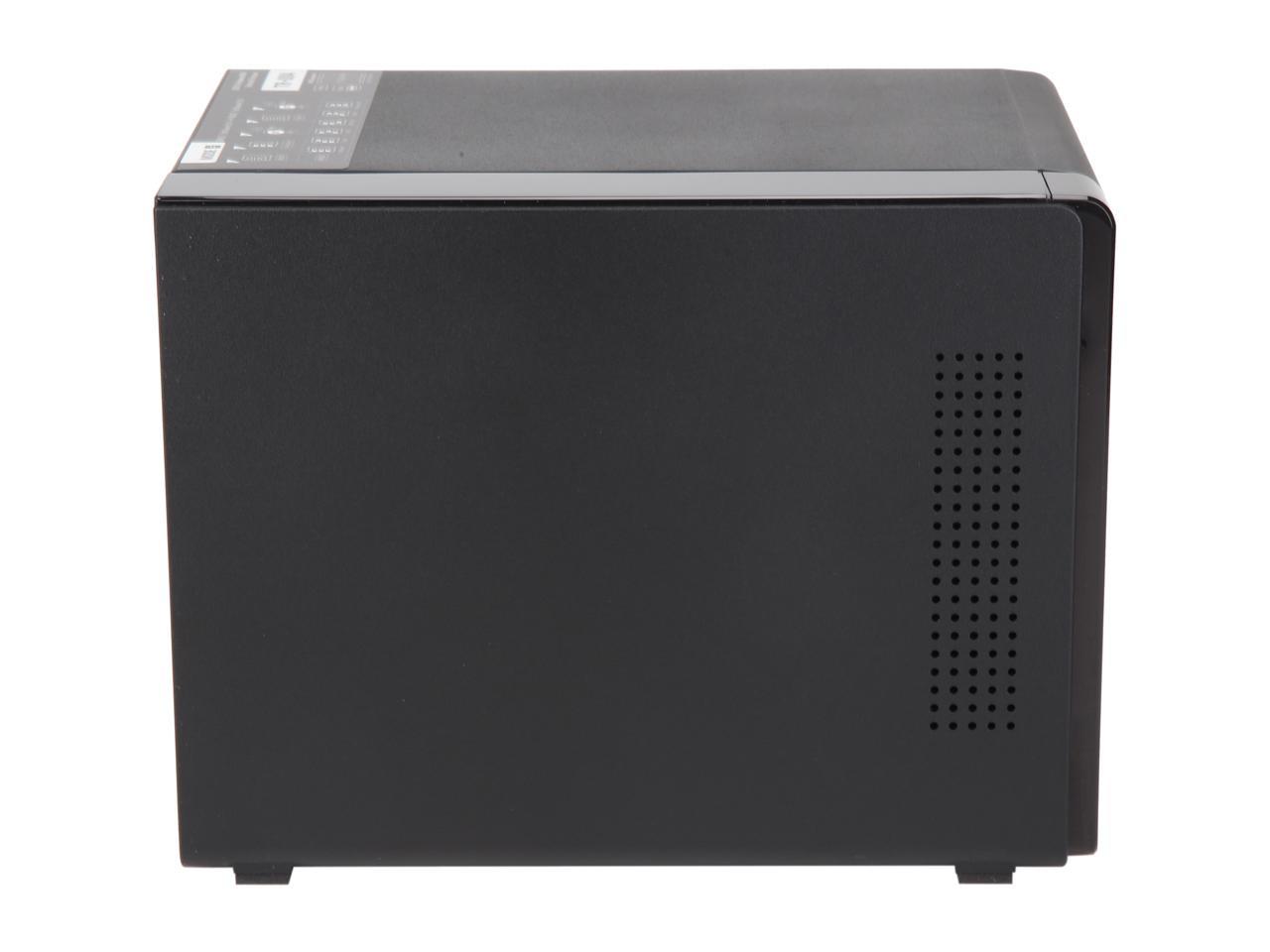 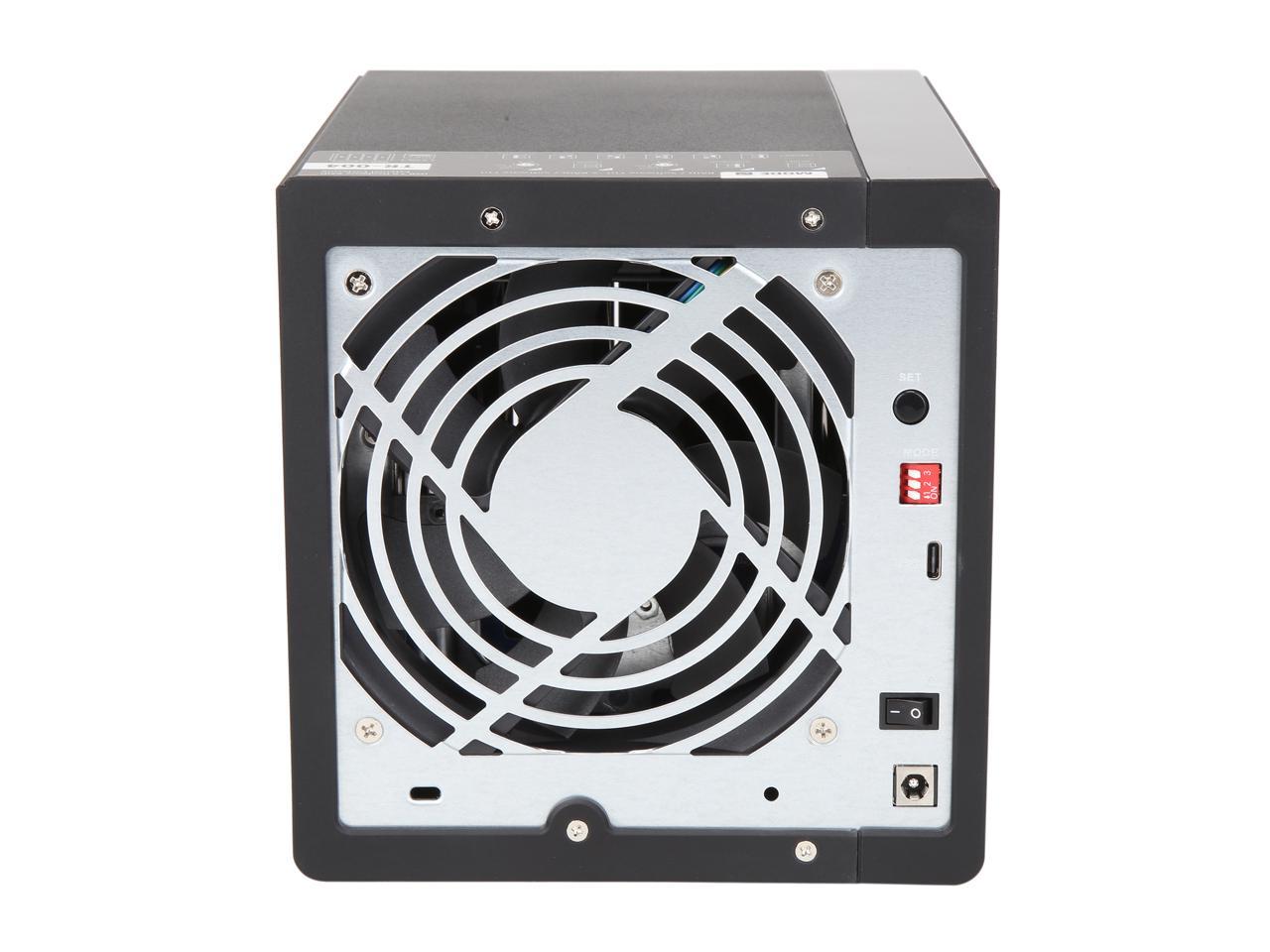 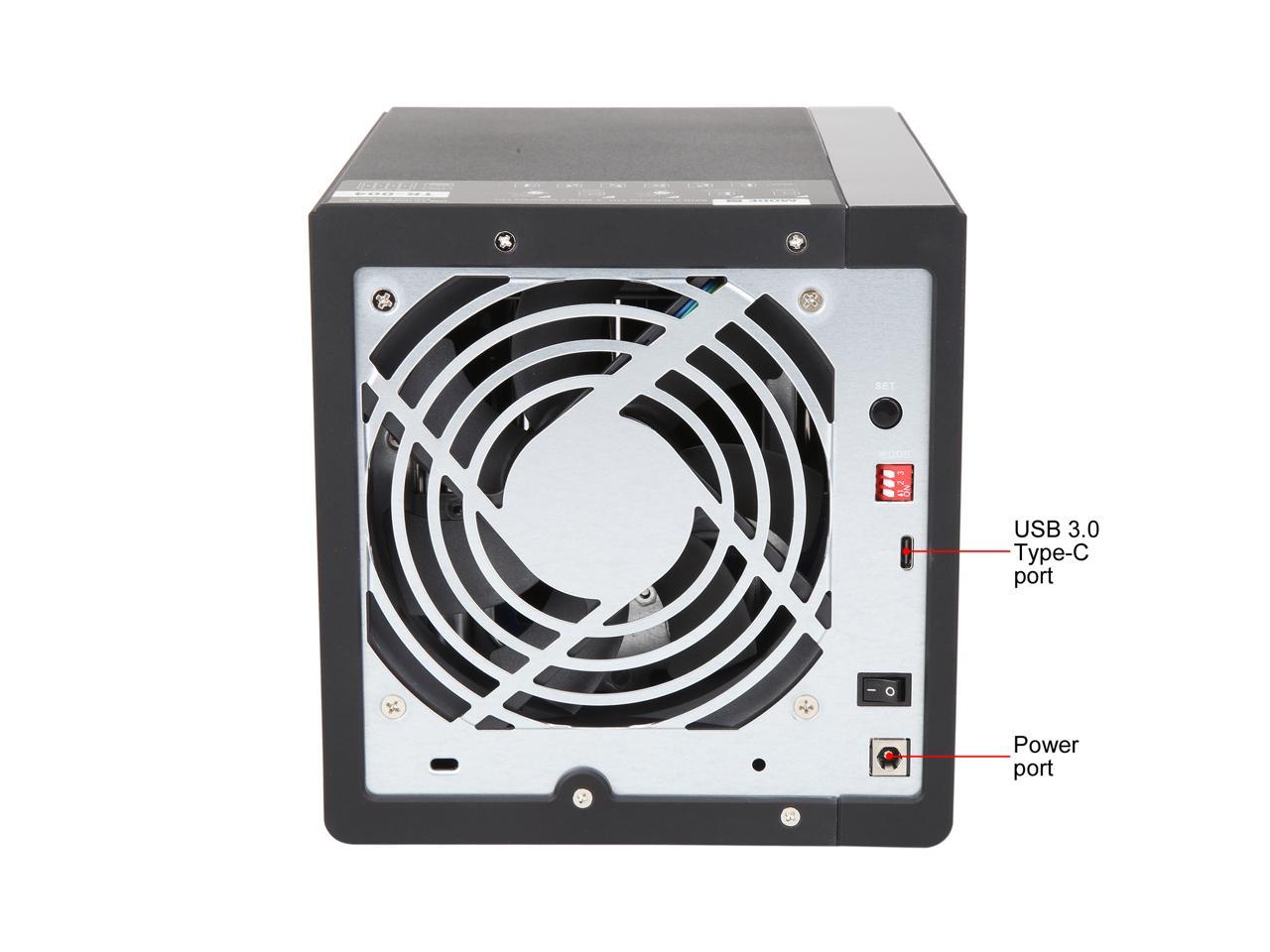 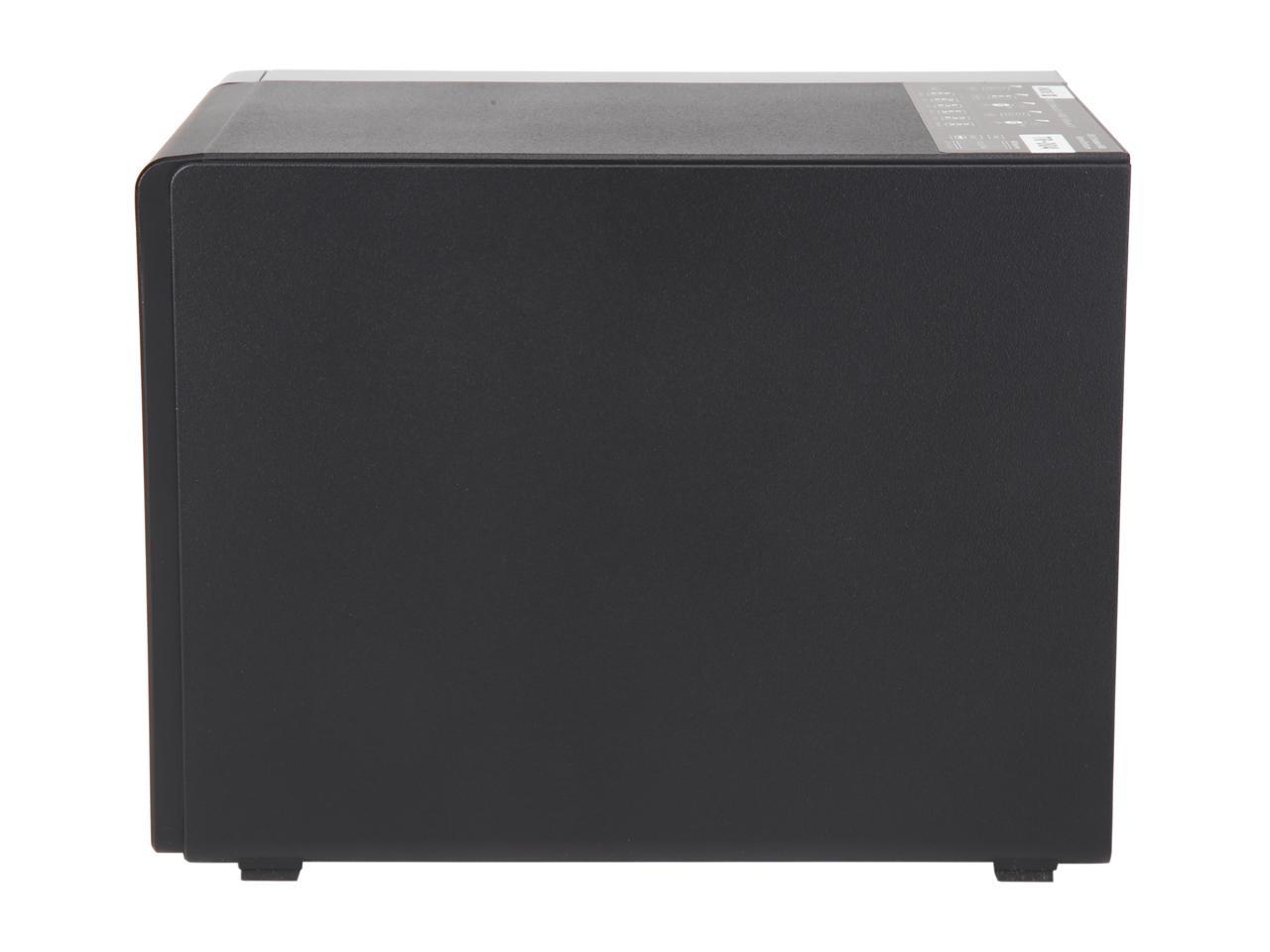 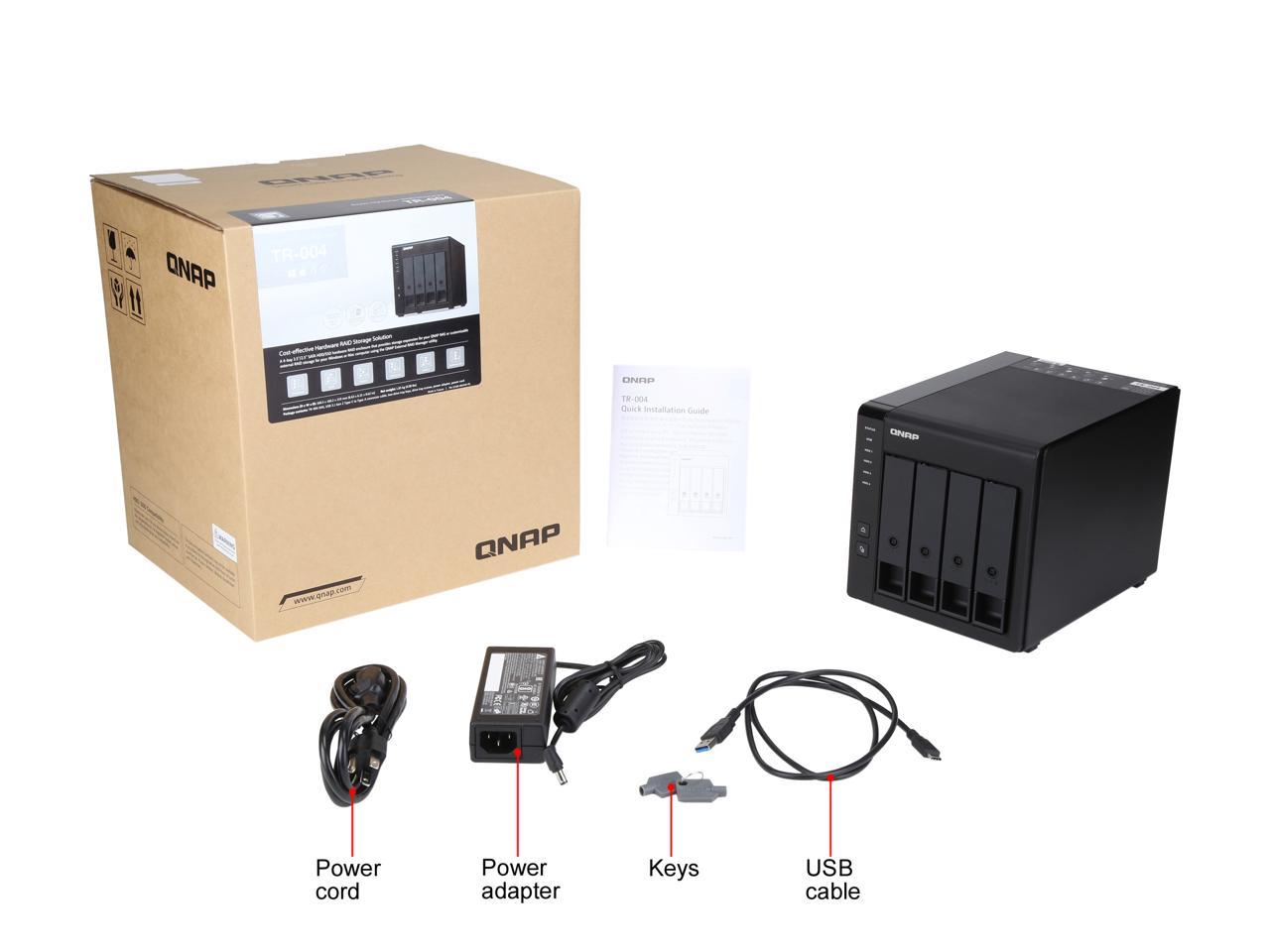 Learn more about the Qnap TR-004-US

Pros: I have three older hard drives just sitting around, I put them in and have been testing them to see how this unit would react, so far not one hiccup. I'm going to add four Seagate IronWolf Pro ST10000NE0004 10TB 7200 RPM 256MB Cache SATA 6.0Gb/s 3.5" Hard Drives later this week. If all goes well, later I'll add my second TR-004 to my TS-253Be. (according from Qnap Two TR-004 is the max you can add to compatible Qnap Nas systems)

Cons: Not really a con, Four bay unit. Add four drives to start out with. You can't add more drives to expand your raid automatically.

Overall Review: Inexpensive unit to buy got mine for $199.00 Newegg. I would recommend buying the best high end drives, this unit will treat them well.

Overall Review: I would recommend this to anyone looking to increase storage on a budget. I loaded it with 4 8TB WD red drives and connected it as a DAS for a home network/htpc. Thus far it is working flawlessly.

Overall Review: Work right out of the box for single configuration. Have not tried any raid yet until I populated all 4 bays.

Pros: It does work

Cons: Difficult and long restart Very poor documentation on how to setup as DAS Not sure it is operating correctly. Is the POST error indicating a problem with the TR004?

Overall Review: Installing the QNAP TR004 I am using the QNAP TR004 as a DAS to a Intel NUC D54250WYK running Win 10. I assembled the 6T WD Red drives (WD60EFAX) in the DAS and set the switch to Hardware Raid 5. I then plugged it in and installed the QNAP software. Once the software came up, it saw the TR004, but I could only see the individual drives in the QNAP software. I had forgotten to switch to administrators, so Disk Manager was not available. Once rebooting to admin and restarting the QNAP app I could see the drives in DiskManager, but saw no way to setup a raid 5 array. After changing the switch to software control and reloading, the red button to setup a raid array was visible (restarted app). I clicked on it and added all 4 drives to the raid 5 volume. Then Disk Manager could see the raid drive and I could format it. After setting up a GPT partition and quick formatting as exFat, I restarted. The system would not boot up, even after trying several times. I unplugged the drive and booted up. Then inserted the usb connector and that finally mounted the TR004 and I reformatted as NTFS doing a full format. A day later I tried rebooting again but it would never quite come up. Many times I got a message “Bios has detected unsuccessful POST attempt(s). Possible causes include recent changes to BIOS Performance Options or recent hardware change.Press ‘Y’ to enter Setup or ’N’ to cancel and attempt to boot with previous settings.” Pressing Y did no good, because I could see no setting that needed changing. If I press N it would still never boot up if I had it formatted as exFat, but will boot with difficulty if NTFS. Somewhere in there I found that I had to change the DIP switch back to the “Hardware Raid 5” setting. I don’t believe I could ever get it to boot after formatting the raid while it was set to software control. I usually had to pull the usb cable and let the computer boot, then plug in the. TR004 after booting. It will boot now in the following steps. A long boot time with black screen, then the POST error dialog, I press N, long time again, then it goes to normal boot process. I have never had this problem with any other external drive, exFat or NTFS. I am still looking for solutions.

Pros: Great for Direct Attachment to computer or expanding your QNAP this is an easy and solid choice Hardware RAID is great to reduce overhead Software RAID is an option as well.

Cons: Goes to sleep, power down mode creates delays in initial access times. Careful not to cause the USB plug to disconnect because you can be subject to data loss.

Overall Review: They really push this being used with their QNAP QTS software as a DAS connected to their software. That is basically as NAS O/S on its own. If you opt to use Linux or Windows vanilla/minimal, you have zero control over any health monitoring of the drives. You can only So if you buy this. Be aware at the time of this write up you will have no way to monitor the drives health or be able to even do a RMA with the drive manufacture to tell them what smart attribute has failed. I would like them to enable full S.M.A.R.T data reporting at the controller level and/or software side., Give us the ability to read the S.M.A.R.T on the drives while the TR-004 acts as a DAS. Email support feature if the device software detects a smart attribute(s) change I already took my suggestions up with QNAP support and they really didn't seem to care. All my WD4003FZEX-00Z4SA0 are detected at 3Gbps rather then 6Gbps Windows Disk Management will not allow you to use its build in RAID function with this device even if you have the hardware or software set to JBOD , Same applies to converting to a dynamic disk. Overall. This should have been cheaper for what it currently actually does. I kind of regret buying this. I even bought a Intel NUC to manage this as the other "NAS rebuild solutions" sucked and i'm not in the market for a enterprise solution ether.

Overall Review: Would recommend this for anyone looking for an easy setup storage solution.