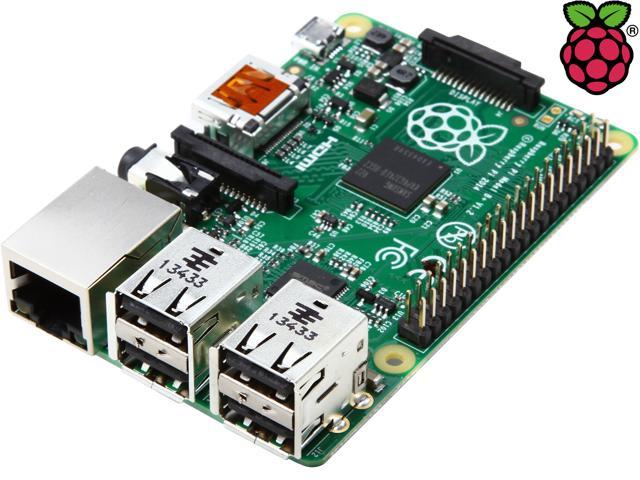 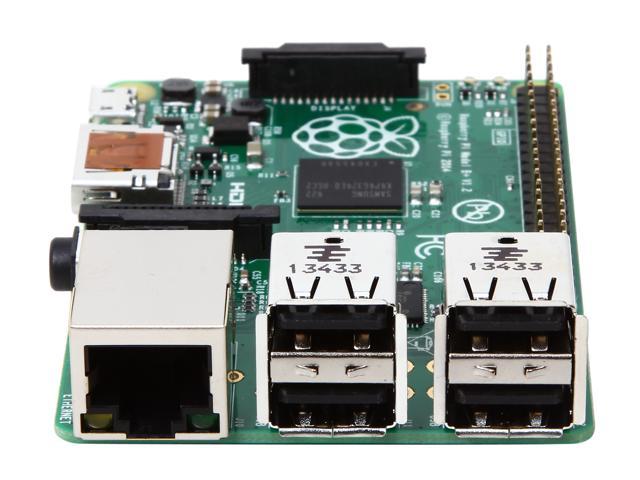 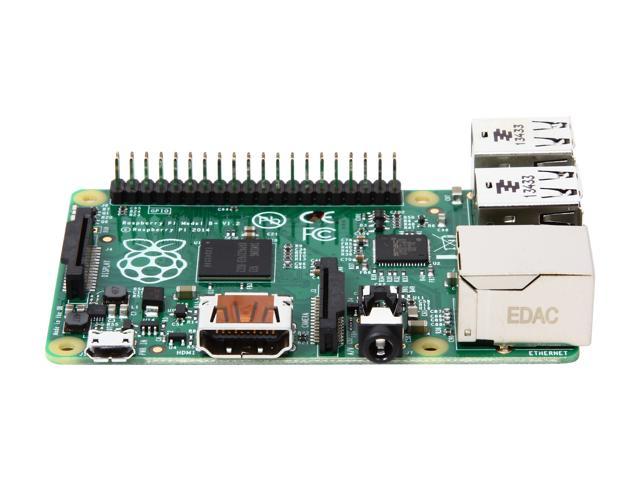 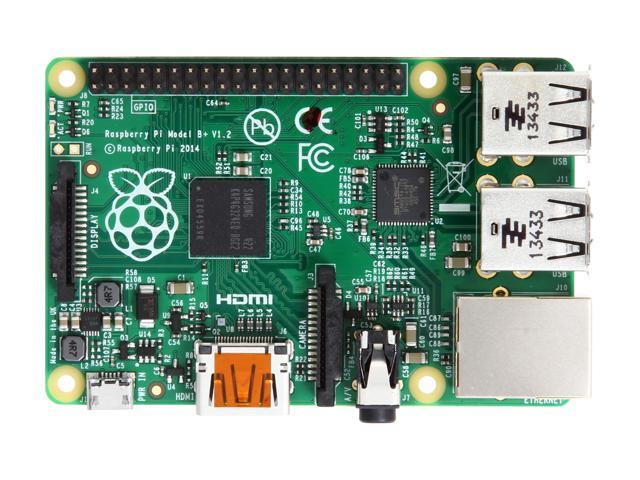 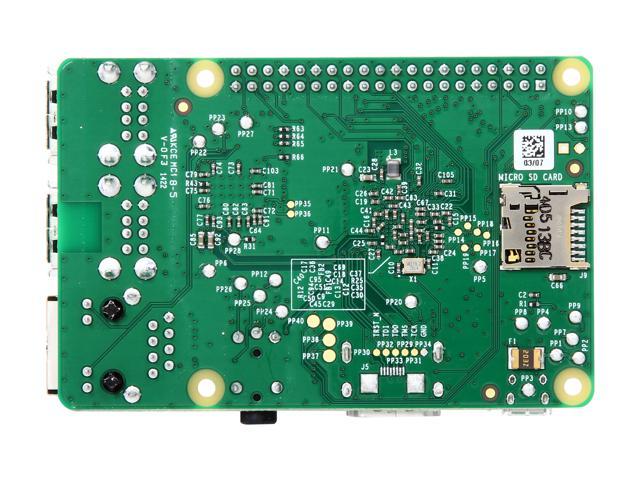 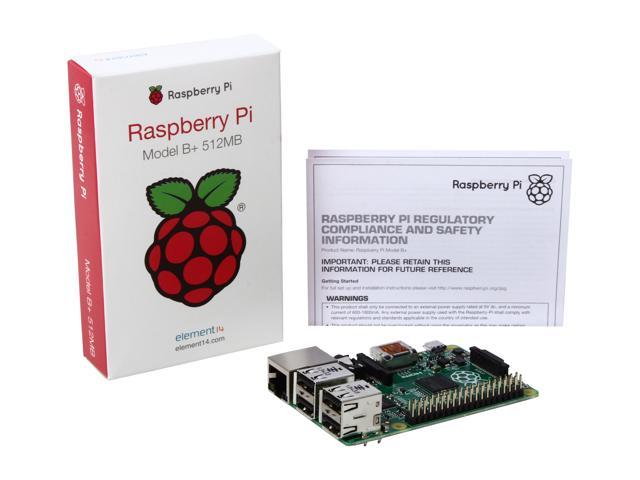 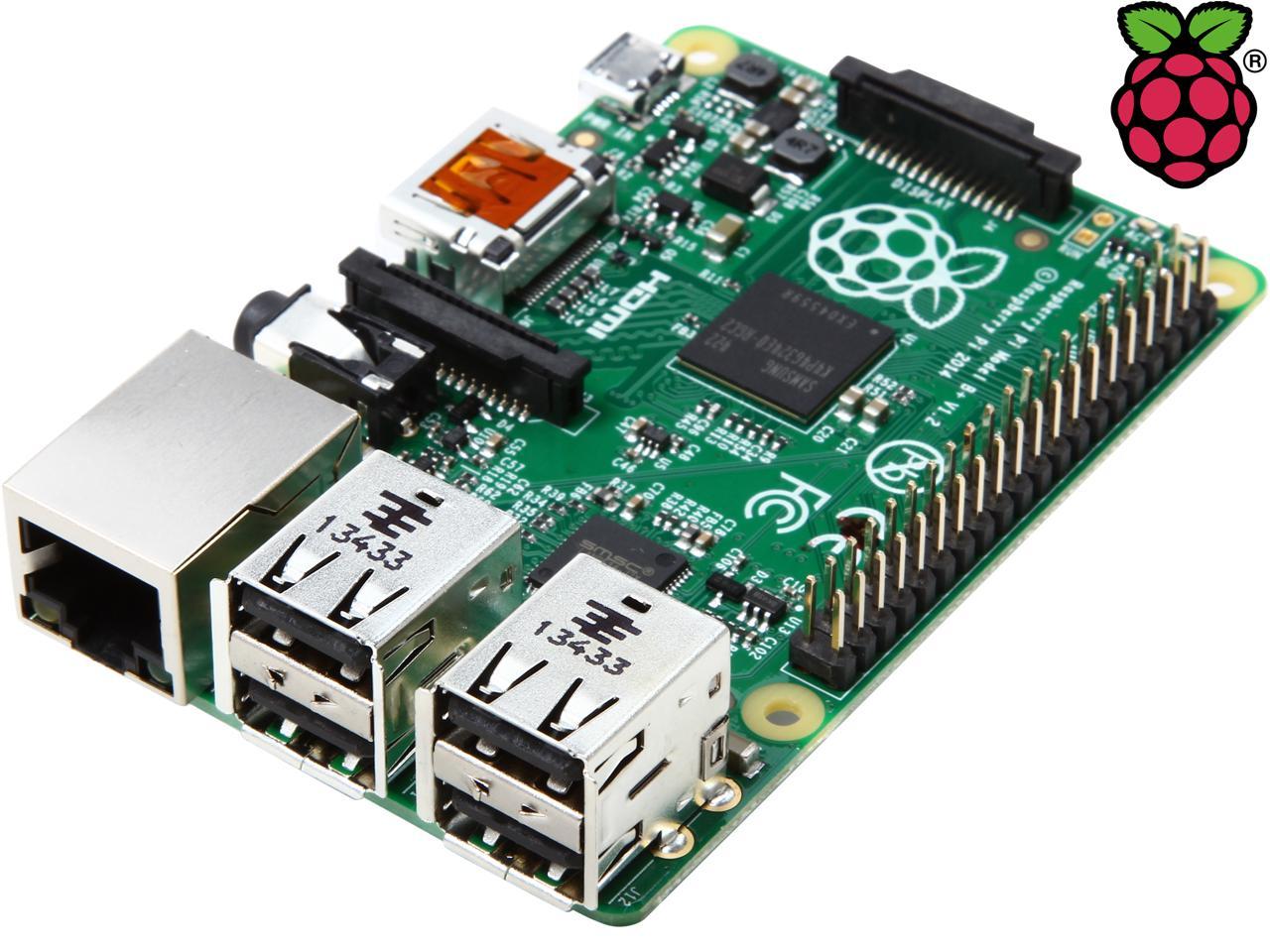 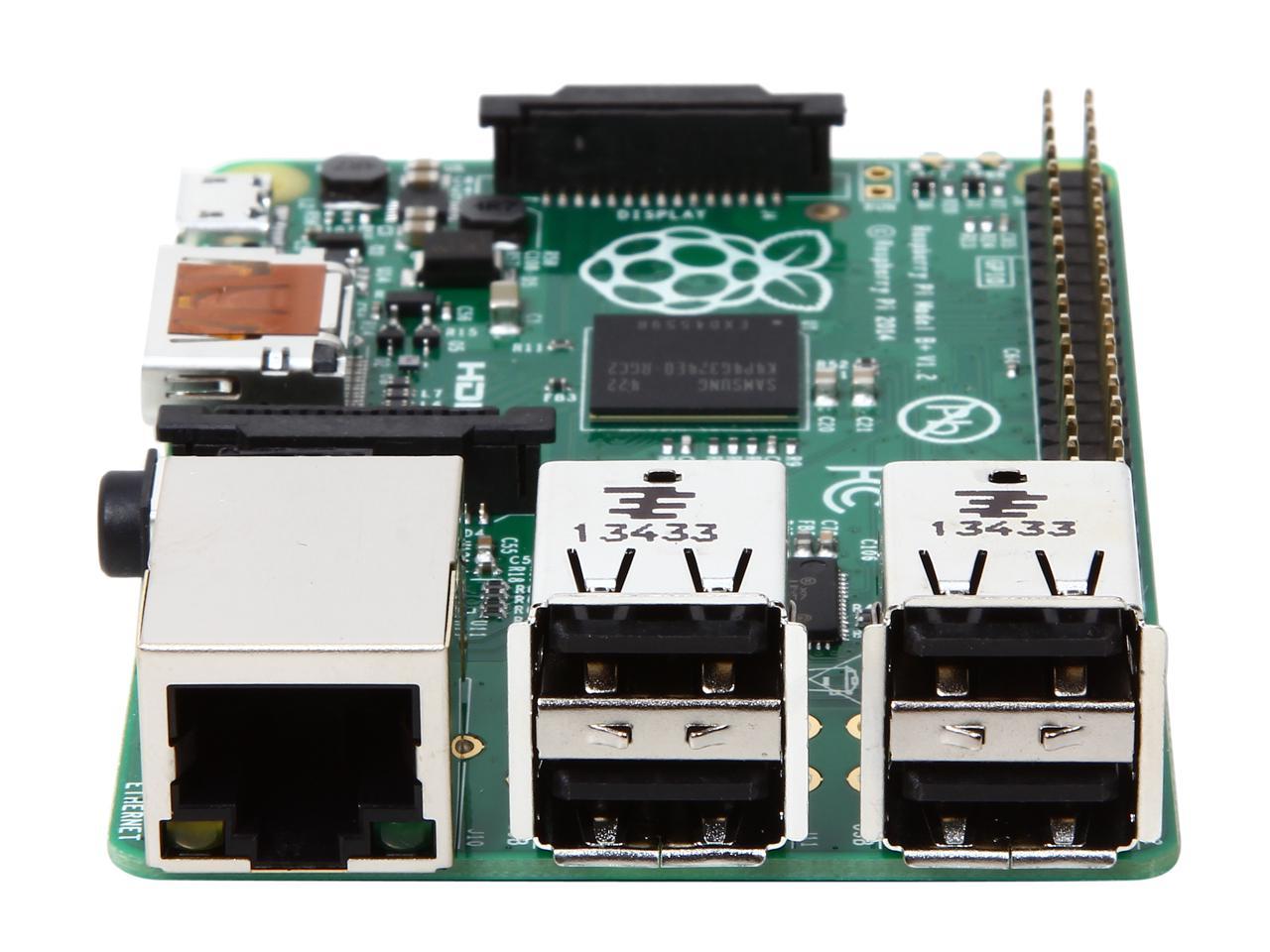 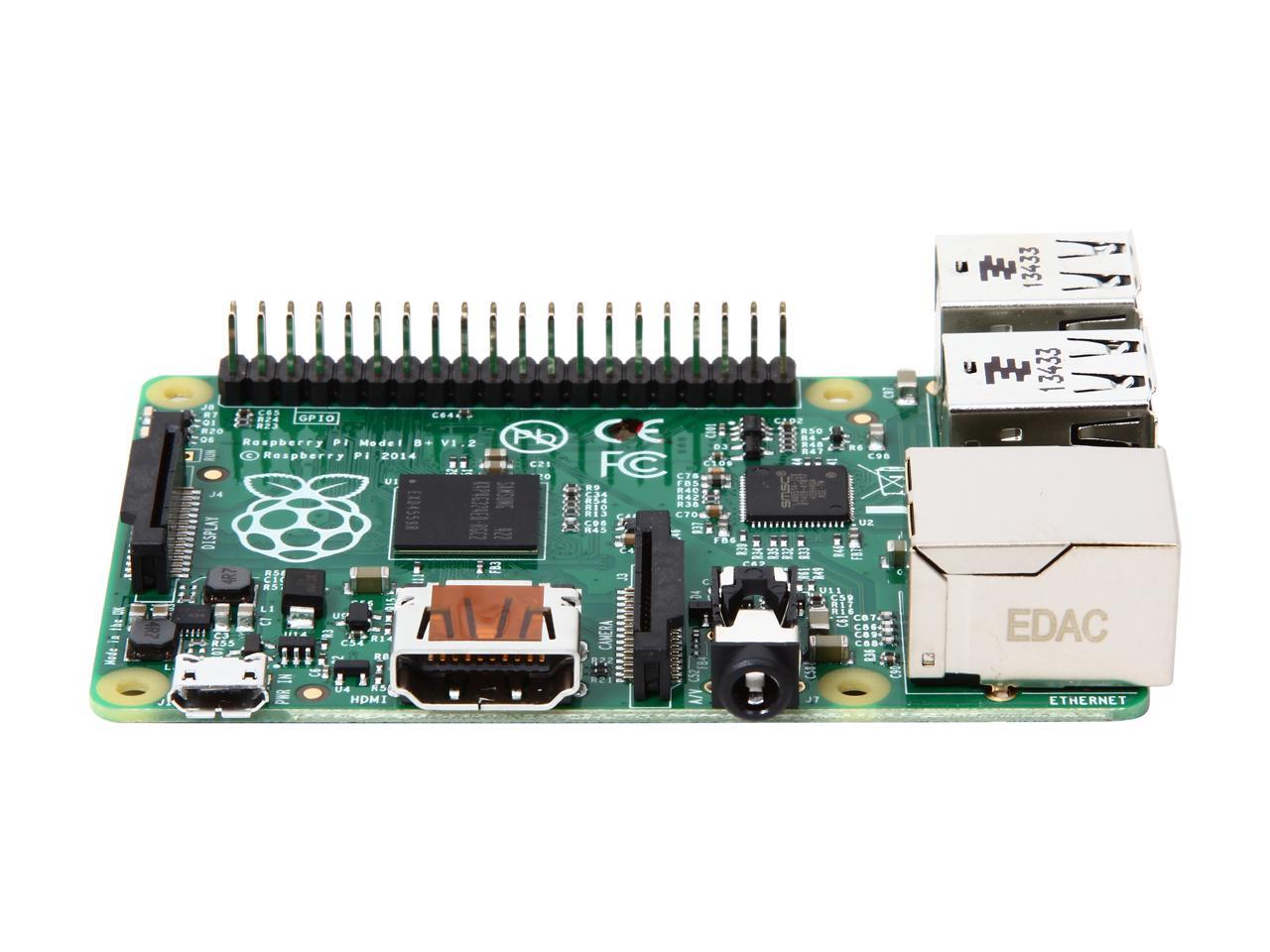 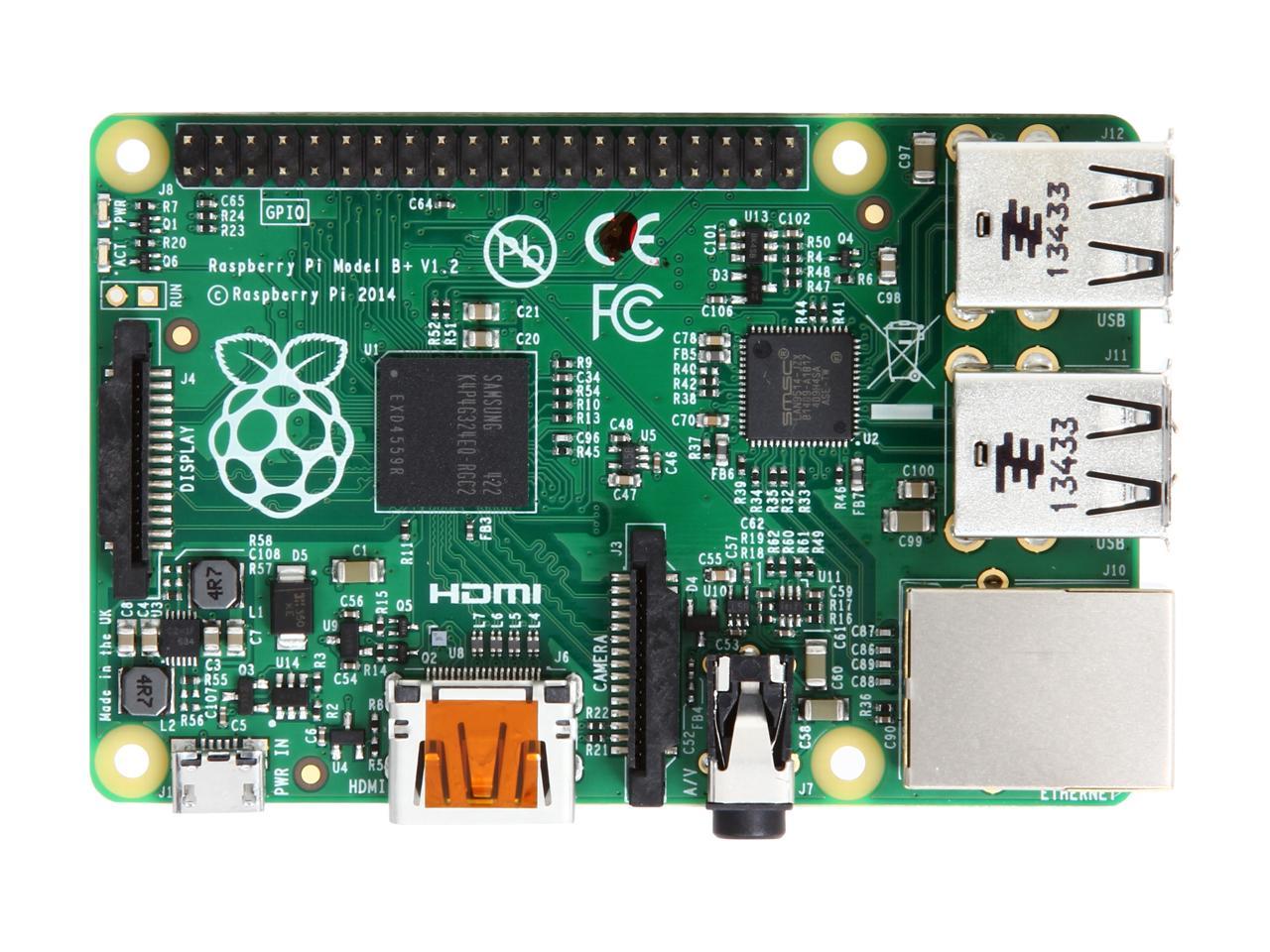 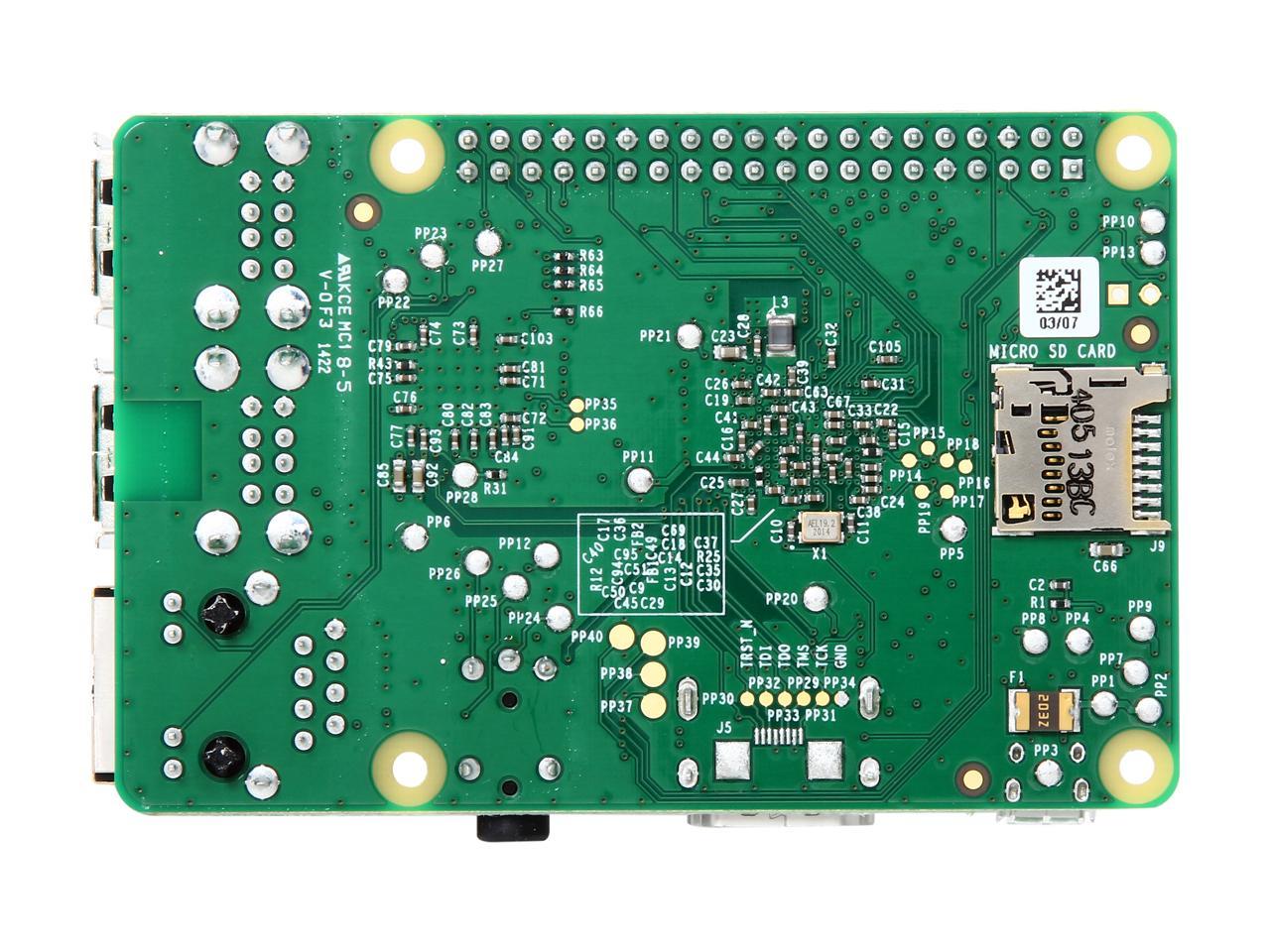 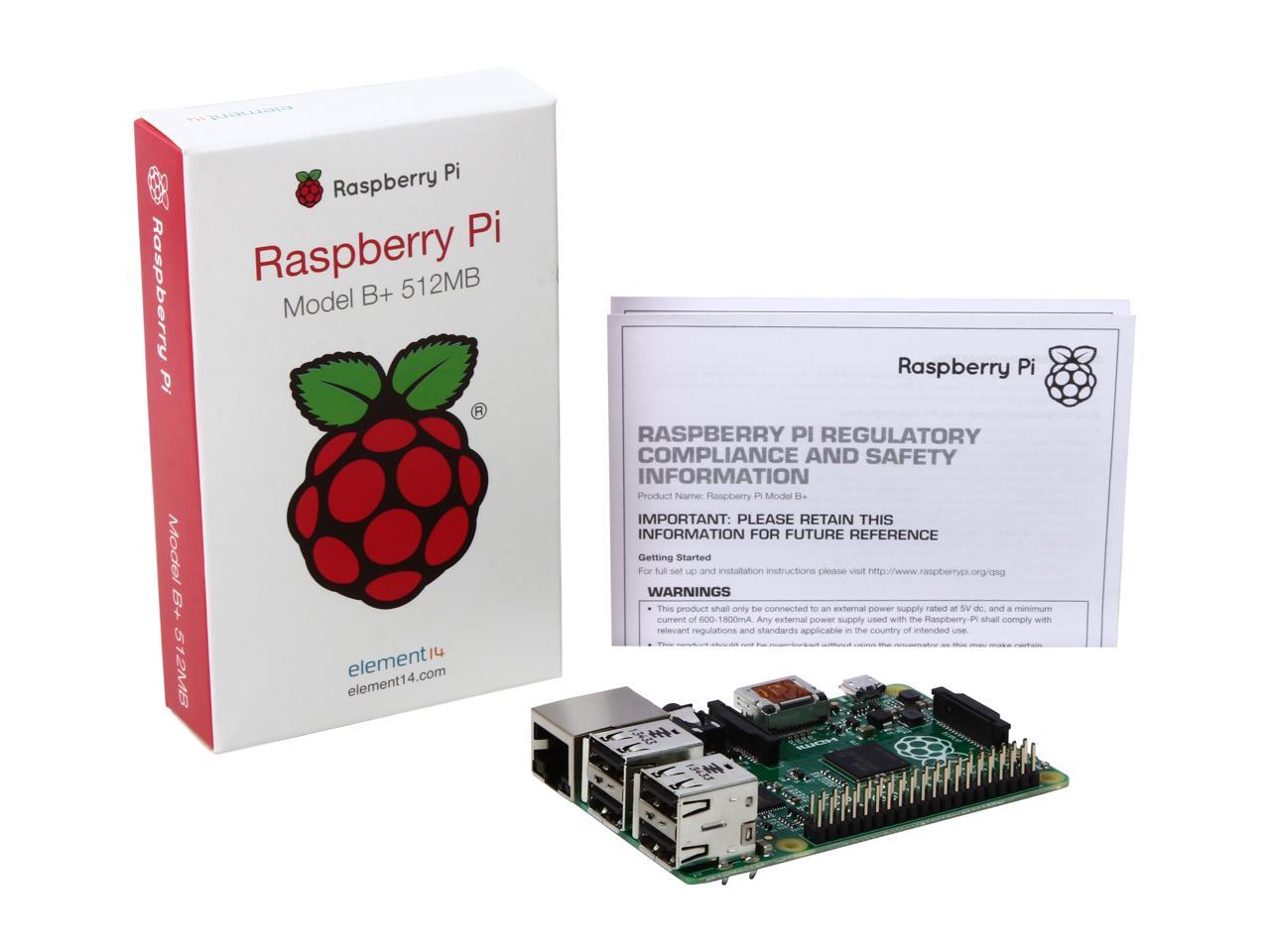 What is a Raspberry Pi?

The Raspberry Pi is a credit-card sized computer that plugs into your TV and a keyboard. It is a capable little computer which can be used in electronics projects, and for many of the things that your desktop PC does - like spreadsheets, word-processing and games. It also plays high-definition video. We want to see it being used by kids all over the world to learn how computers work, how to manipulate the electronic world around them, and how to program.

In the two years since the launch of the current Raspberry Pi Model B, there has been talk about RasberryPi's intention to do one more hardware revision to incorporate the numerous small improvements people have been asking for.This isn't a "Raspberry Pi 2," but rather the final evolution of the original Raspberry Pi. Today, this final revision is available, at $35 – it's still the same price. Meet the Raspberry Pi Model B+.

The Model B+ uses the same BCM2835 application processor as the Model B. It runs the same software, and still has 512MB RAM; but following key improvements have been made:

If you're interested learning more, check out the video below.

You're going to love Model B+, but to ensure continuity of supply for industrial customers, the Model B will be kept in production as long as there's demand for it.


Learn more about the Newark B+

Pros: The uses for the Raspberry Pi are nearly limitless. It has more than enough processing and graphical power to handle a very wide range of tasks. From automation to emulation, to daily computing and media. I purchased the Model B+ as part of a retro gaming console project I have been wanting to do for a very long time now. It's the core of the console and will be used to emulate classic 8-bit and 16-bit games. The unit is being powered by a 5.1V 2A 10400mAh portable power pack on the go, and a 5.1V 2.5A USB wall adapter for charging. The unit can also be powered or changed off most any PC with powered USB connections. With the units very low power draw, it can run for a few hours, while in use, on a quality 10400mAh power pack. I have it running RetroPie and EmulationStation via a Team 16GB microSDHC Flash Card Model TUSDH16GUHS03, also available here on Newegg. So far, the unit is working wonderfully. It's more than capable of handling all the emulation tasks I have thrown at it thus far. From classic 8-bit games to Doom and Duke Nukem 3D. Audio and video quality is perfect. No noise.

Cons: Note: This does not come with a power source, SD card, or anything else. It's just the Raspberry Pi unit itself. The unit is powered by a 5v micro USB port and can run on most any powered USB source, with 1.2A (1200mA) being more than enough for the Pi in most configurations. However, a 2.5A (2500mA) power source is recommended if you want to use all 4 USB ports on the Model B/B+ or otherwise expect to require more power.

Overall Review: There really are not enough nice things I can say about the Raspberry Pi. There are so many possibilities and projects the Pi would be great for, you just need to use a little imagination. I am seriously considering a second Pi just to explore and see what I can get this amazing little computer to do. I have quite a few ideas for mobile computing that I believe it would be perfect for!

Pros: Fast as hell shipping. Worked right out of the box like a charm.. Retropie and XBMC working.

Pros: I don't even know where to start. -Price (at only $35 it's a steal compared to the $39 Model B) -Performance, This is quite a capable little machine. From Minecraft Pi to a media streamer in seconds. -Improved design, possibly my favorite thing about this little guy is that it has 4usb ports, and it takes a Micro SD. I was able to use my old 4gb phone micro SD perfectly. and with the 4 usb hubs i can power a mouse, keyboard, and a wifi adapter and a flash drive without having to worry about splitters.

Cons: It is not without flaw however. -Don't waste your time with a Noobs micro SD. It will boot up, but good luck trying to get power to your usb ports. -5v micro usb power seems flimsy on mine, instead of constantly inserting the power to turn it on i put the charger on a switch. -Micro SD spring was shot within half a dozen uses (while trying to figure out why Noobs wasn't working)

Overall Review: Overall, this was a great little machine, and for only $35 its a steal, i plan on purchasing a few more to turn into Minecraft Pi consoles for my younger family members.

Pros: Great Device to experiment or run a low end linux OS. Can be used as a thin client.

Overall Review: Good device that can accomplish many tasks for an organization.

Pros: This product arrived in perfect condition and worked out of the box. This is my first opportunity to play with the Pi and it's been love at first tinker. A lot more responsive than I expected, but this isn't the corvette or computers that's for sure. Bought this to function as an OpenVPN server and it works like a charm. Can handle at least 10 Mbits of encrypted traffic over VPN which is fine because that's my peak upload on my connection anyways. Will be buying another to run as a security camera.

Cons: wish ethernet port was placed behind the board so that its more pleasing to the eye.

Pros: A terrific upgrade from the B model. It works as a HTPC for me and streams movies from my computer through a closed network at my home.

Pros: This version of Raspberry Pi really exceeded my expectations in terms of performance and ease of setup. I bought 32GB Samsung MicroSD card for storage and cheap Micro USB cable. Following the setup manual on Raspberry Pi website was easy and I successfully setup Raspbian OS and resized the root partition using raspberry config tool to fit the whole card. Remember that this is "just the board" which means you have to get additional USB cable and MicroSD card, additionally you should get a power supply and some casing. All of which you can get super cheap directly from China.