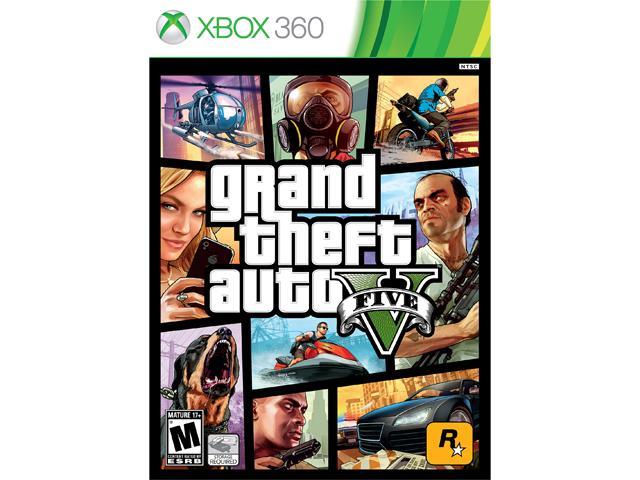 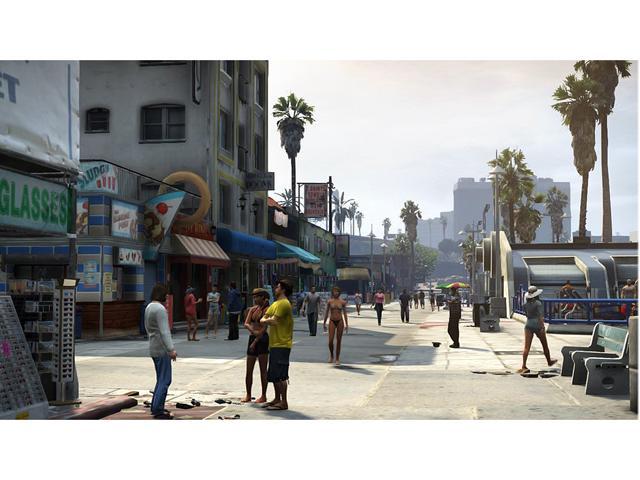 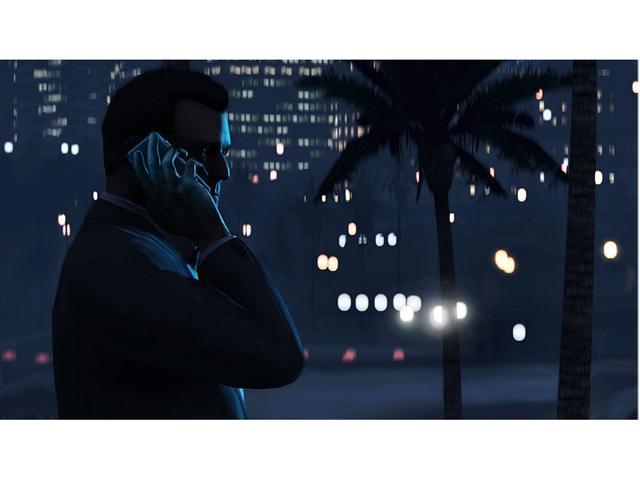 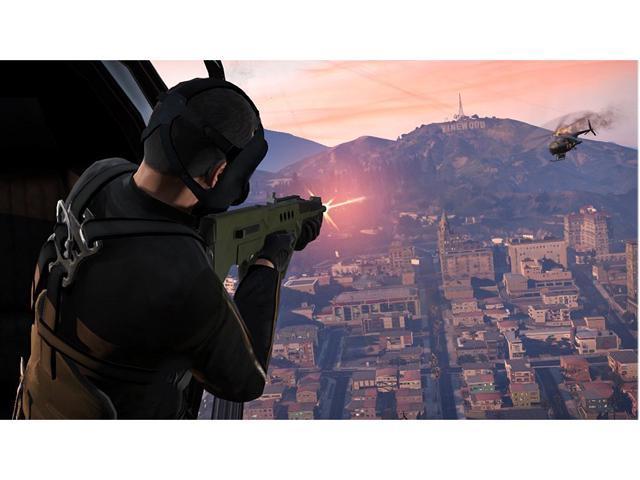 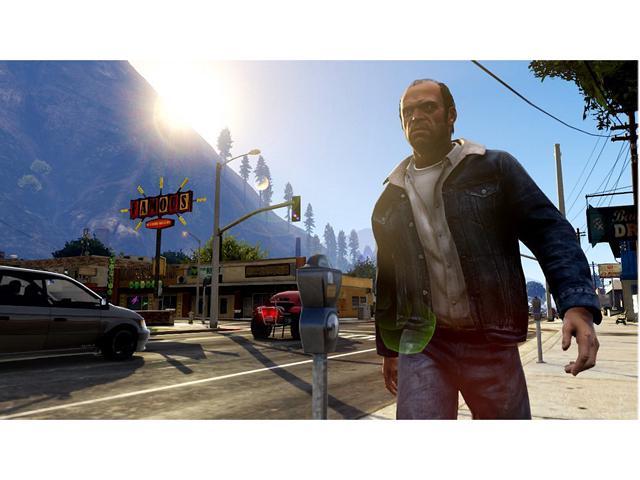 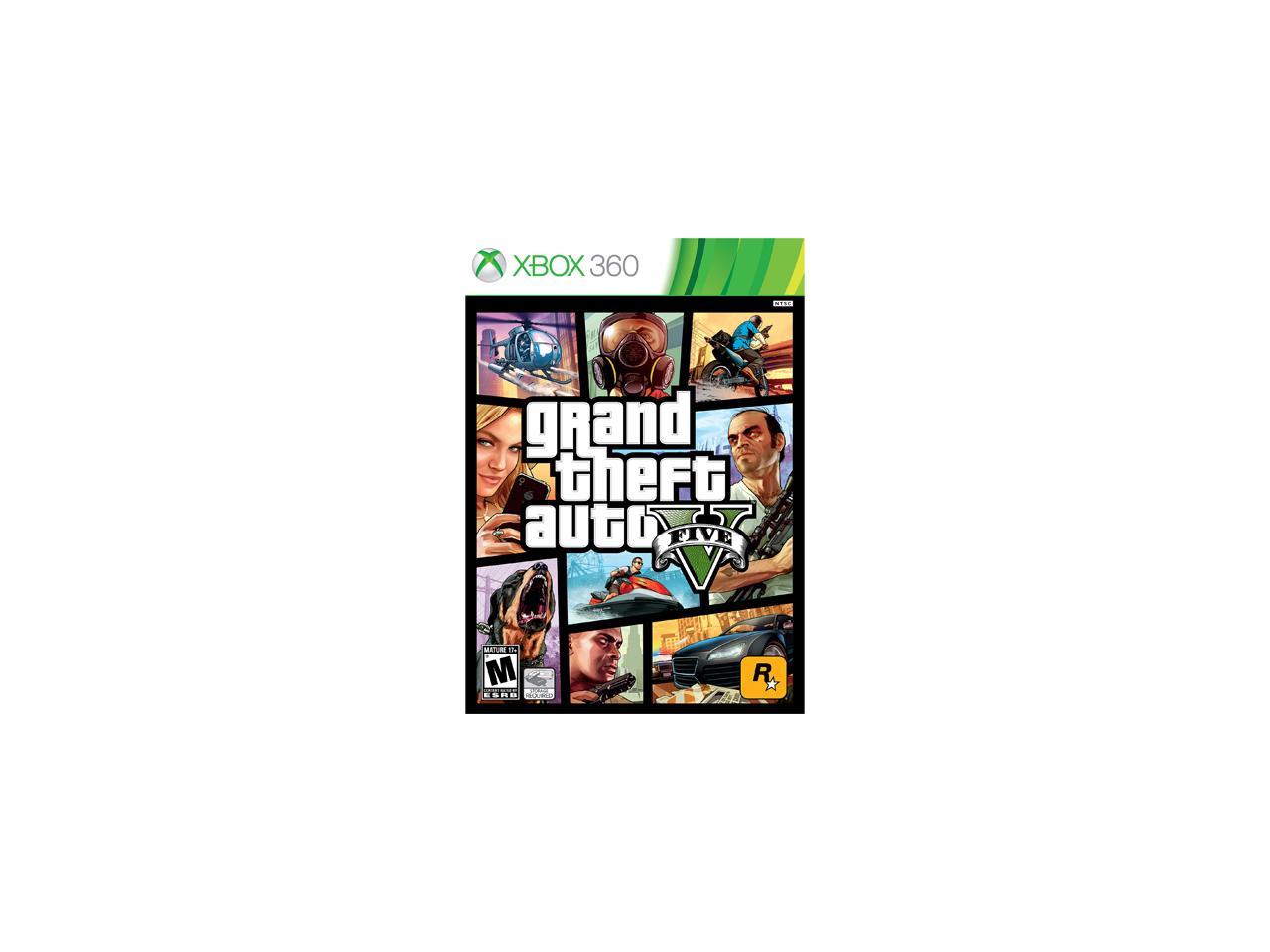 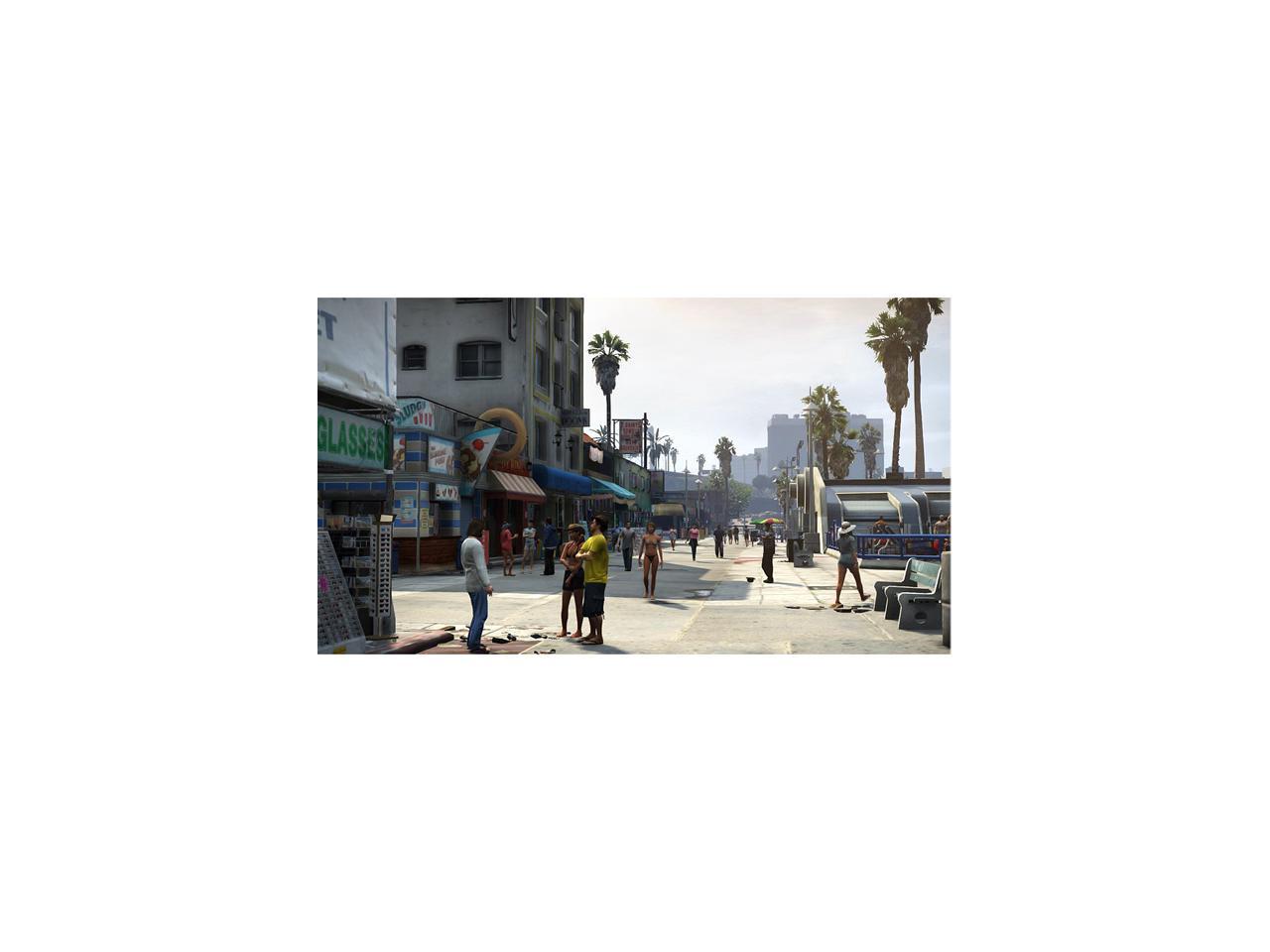 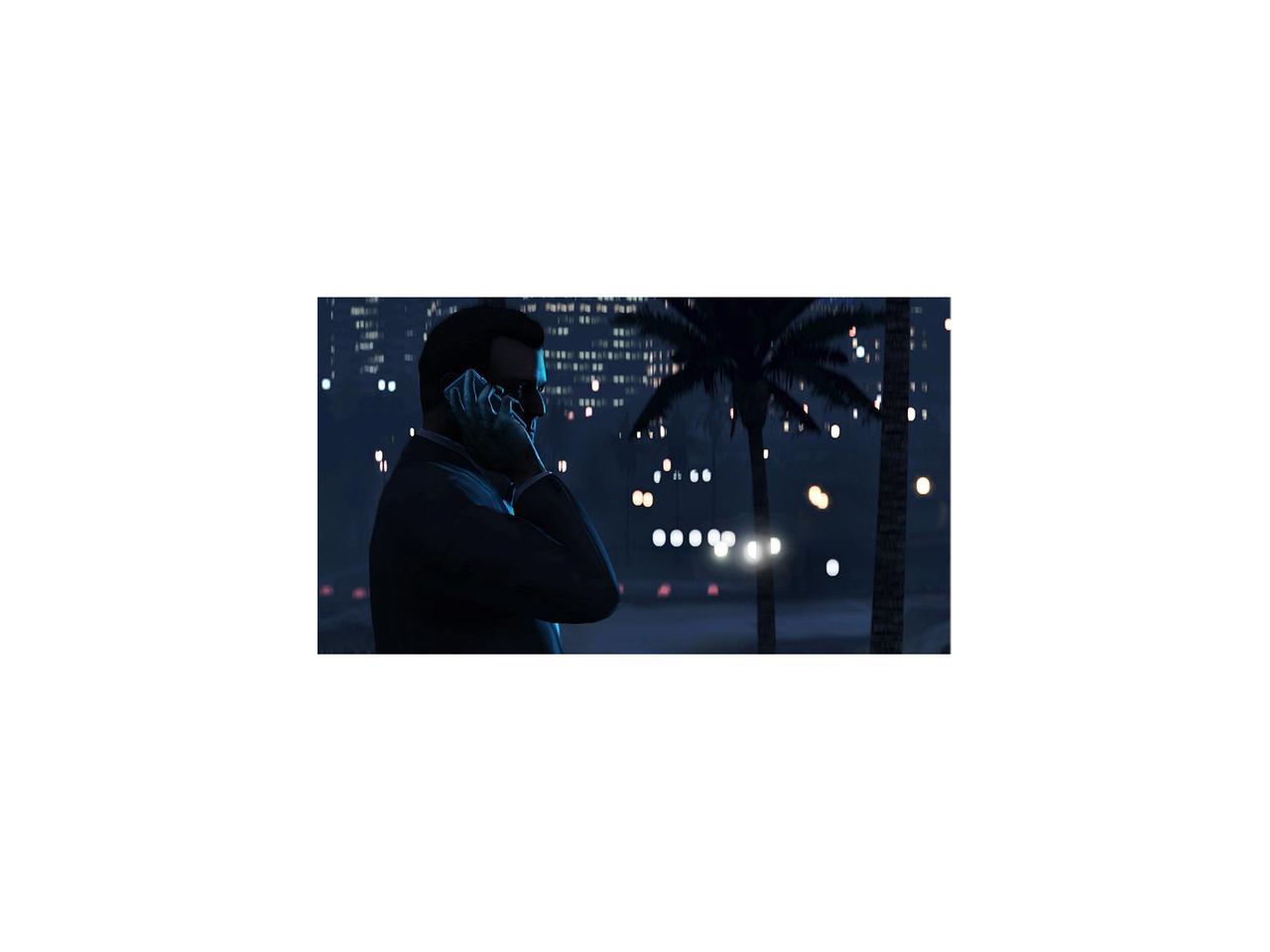 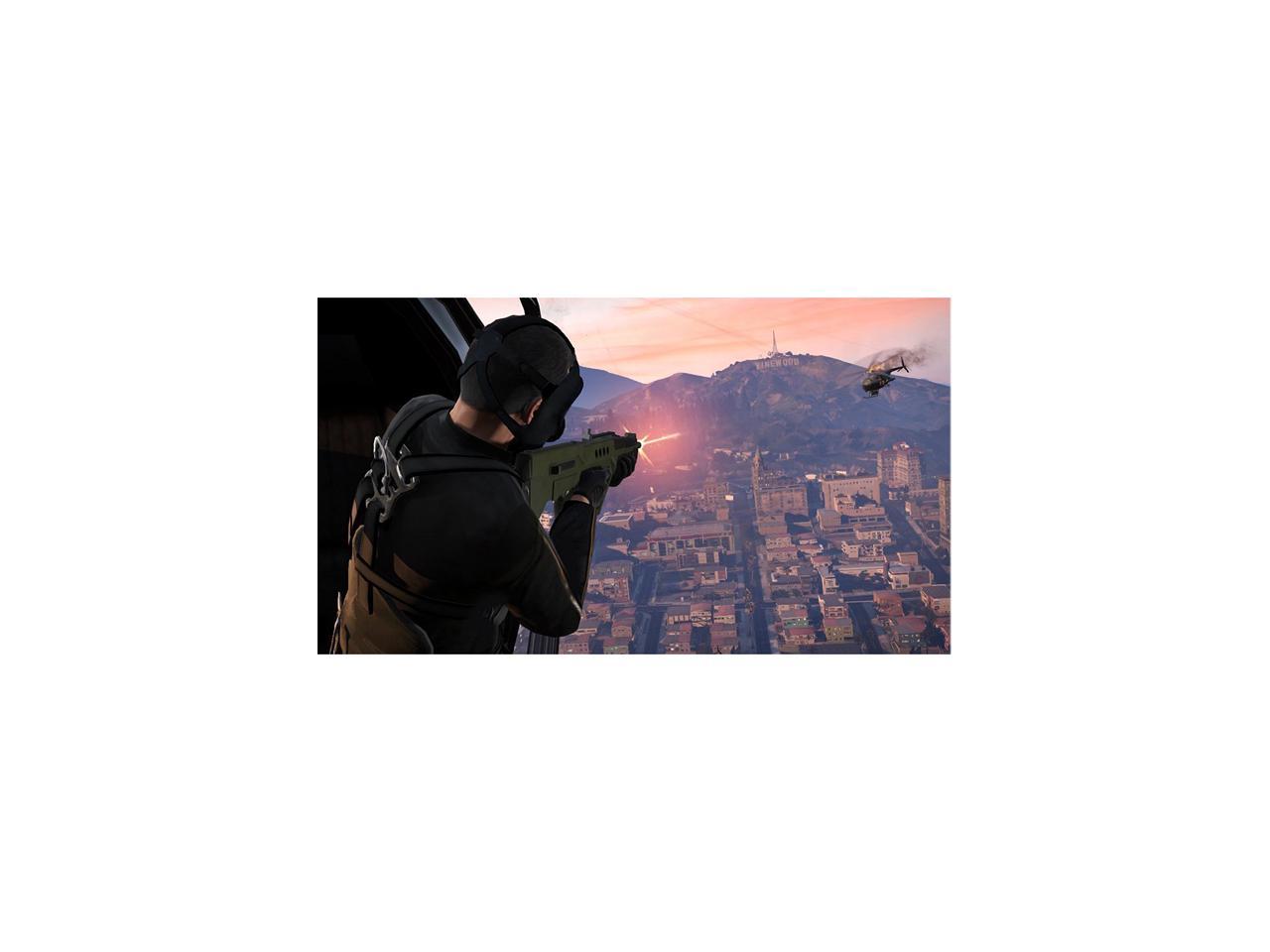 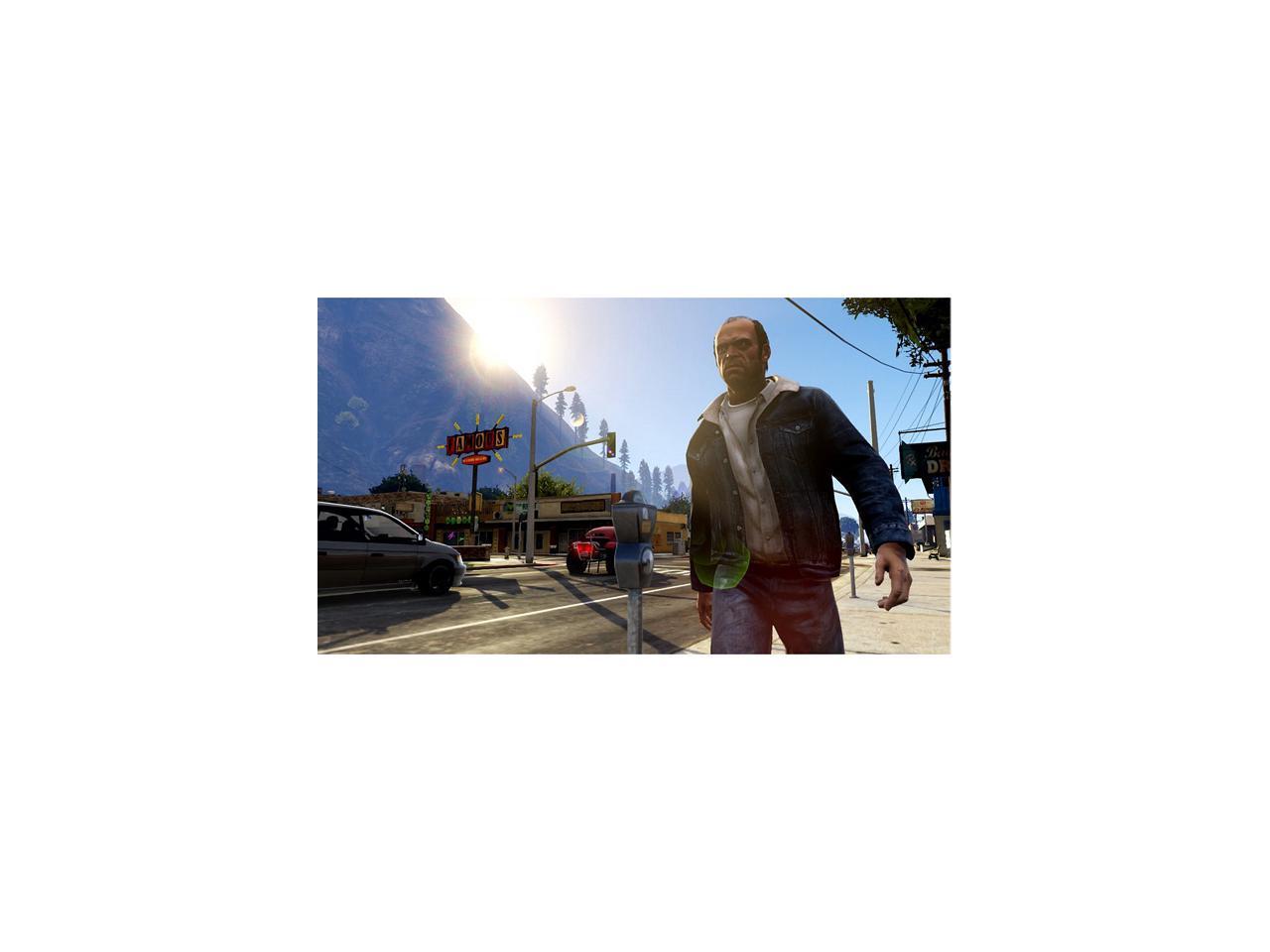 (13) Write a Review
In stock. Limit 5 per customer.
Ships from United States.
Please note that this product is non-returnable and non-refundable.
Overview
Specs
Reviews
Xbox 360 Game Rockstar Gaming
Los Santos: a sprawling, sun-soaked metropolis full of self-help gurus, starlets and fading celebrities. Once the envy of the Western world, now struggling to stay afloat in an era of economic uncertainty and cheap reality TV.


Amidst the turmoil, three very different criminals plot their own chances of survival and success: Franklin, a street hustler looking for real opportunities and serious money; Michael, a professional ex-con whose retirement is a lot less rosy than he hoped it would be; and Trevor, a violent maniac driven by the chance of a cheap high and the next big score. Running out of options, the crew risks everything in a series of daring and dangerous heists that could set them up for life.

The biggest, most dynamic, and most diverse open world ever created, Grand Theft Auto V blends storytelling and gameplay in new ways, as players repeatedly jump in and out of the lives of the game's three lead characters, playing all sides of the game's interwoven story.

All the classic hallmarks of the groundbreaking series return, including incredible attention to detail and Grand Theft Auto's darkly humorous take on modern culture, alongside a brand-new and ambitious approach to open world multiplayer. Grand Theft Auto V is the largest and most ambitious game Rockstar Games has yet created, and takes full advantage of every ounce of processing power available in the current generation of consoles. In order to provide the best possible experience for such a massive and detailed world, the game will have installation requirements on the Xbox 360.

This initial install will require an Xbox 360 Hard Drive or an external 16GB USB flash drive (sold separately) with at least 8 GB of free space. If using a USB flash drive it must be at least USB 2.0 with a minimum 15Mbps read speed and formatted for Xbox 360 use. A new USB flash drive is recommended to ensure optimum performance.

Overall Review: PC version is superior in every way.

Cons: - A few tedious missions - Ending was a bit anticlimactic - How to navigate the multiplayer takes a bit to understand

Overall Review: Get it.

Pros: Grand Theft Auto V - Xbox 360 is a very good game that has tons of content within it. The area that you can explore within the game is larger than all the other previous Grand Theft Auto games combined. The game centers around three characters Michael, Trevor, and Franklin. The game allows you to eventually jump between the characters and do missions that are exclusively tied to that character's storyline. The game is dense and looks beautiful. You will definitely get your money's worth with this game. You can probably put in over a 100 hours of gameplay if you want to. There is so much that you can do within the game, for example you can go to a movie theater within the game and watch a short movie about a british robot who curses. There are tons of missions that you can do and I feel if you liked the previous GTA games you will love this one. Thank you for reading my review, if you have any questions feel free to email me, I would be happy to help you with any questions you have.

Cons: occasionally freezes up on it sometimes but otherwise great game.

Pros: Another awesome game in the GTA series. Awesome graphics, awesome story lines, and lots of missions/side quests/random encounters. Just an awesome example of a sandbox game. Great characters in this one.

Cons: Not for PC! Hopefully it isn't too long before we see this title on PC. I really want to see it with max settings on a beefed up gaming rig.

Overall Review: Looks great on the Xbox 360, but I can just imagine how good it will look on a PC.

Pros: It's got everything we love about GTA.

Cons: Single player is very short. A central point to the game is doing "heists" where you put a crew together to do big jobs. There is a lot of emphasis put on gathering crew members you encounter in the world and building their skills, but ultimately there are only a handful of heists and very few that actually pay the character money. Because most of the story is leading up to the next heist, the game felt very short and anticlimatic. Very little outside the main story was very engaging and I was disappointed by the amount of content to go along with their "bigger than everything else before put together" map.

Overall Review: I haven't done too much with the online, but from what I hear, that may be a somewhat redeeming aspect of the game.

Cons: None works great no matter how you install both discs on different devices or one disc on HD or flash drive