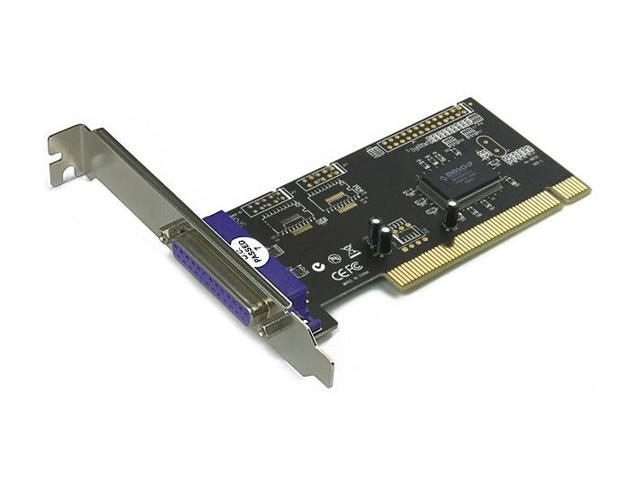 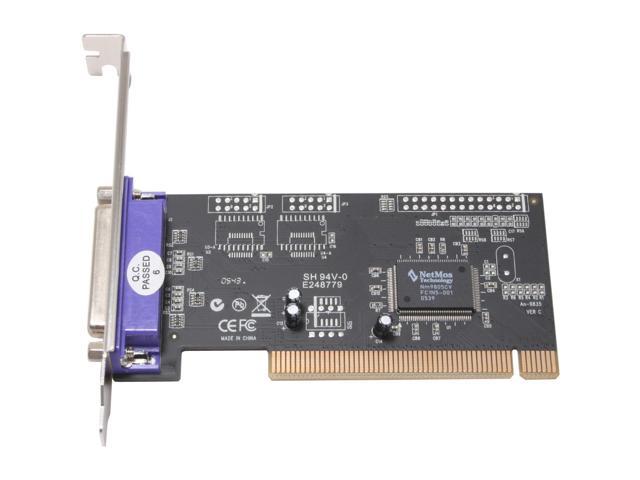 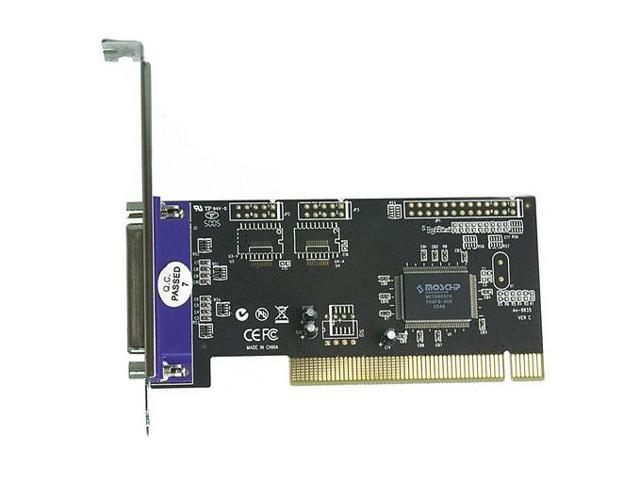 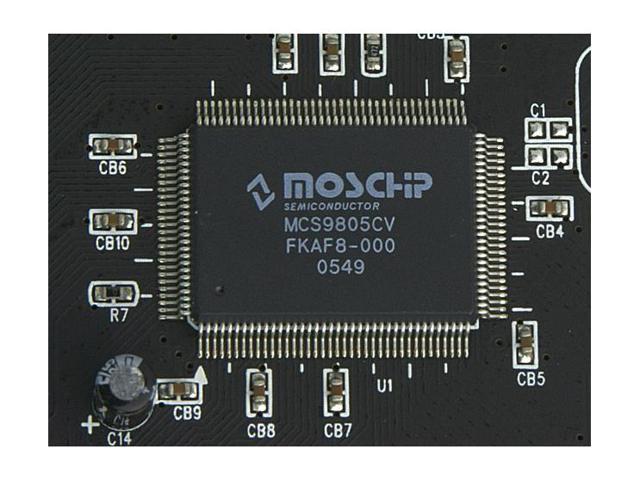 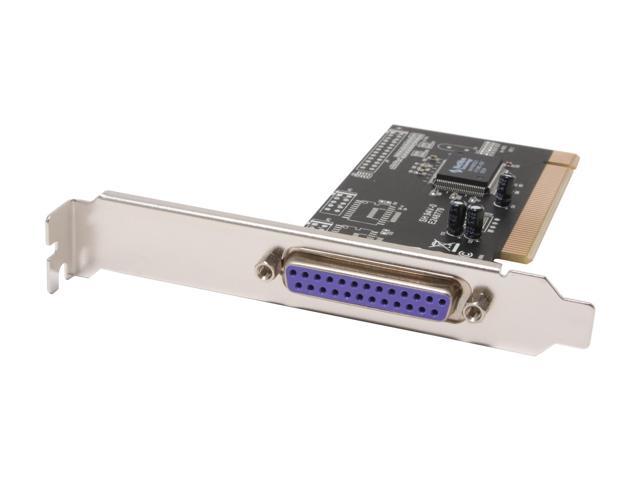 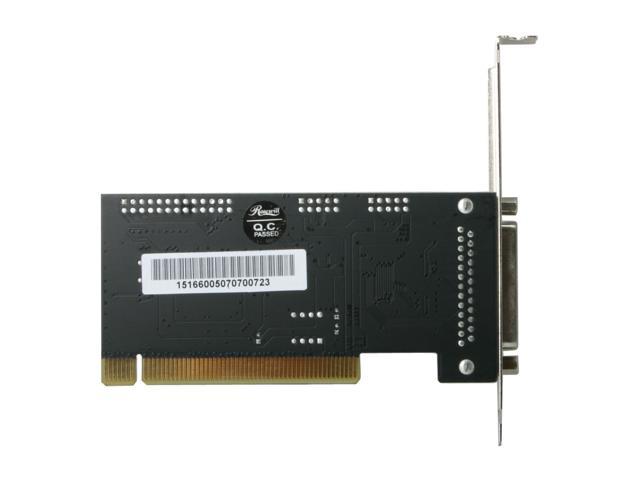 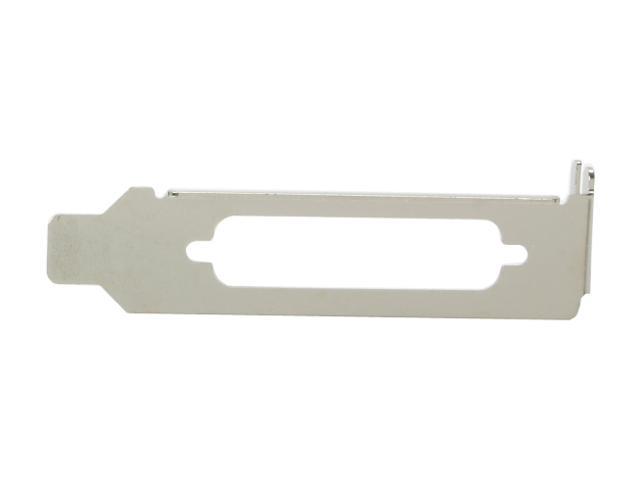 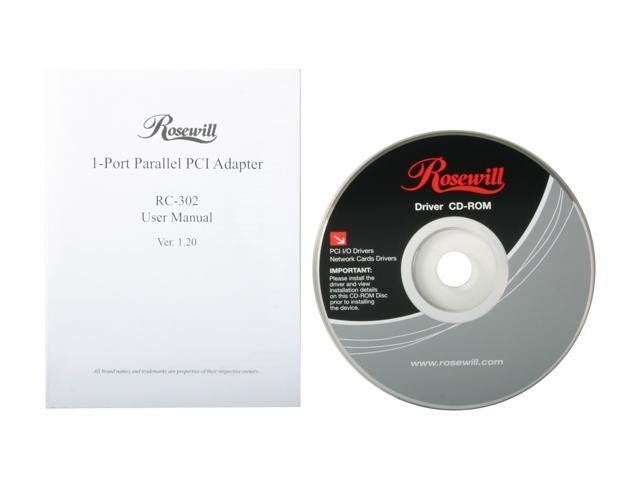 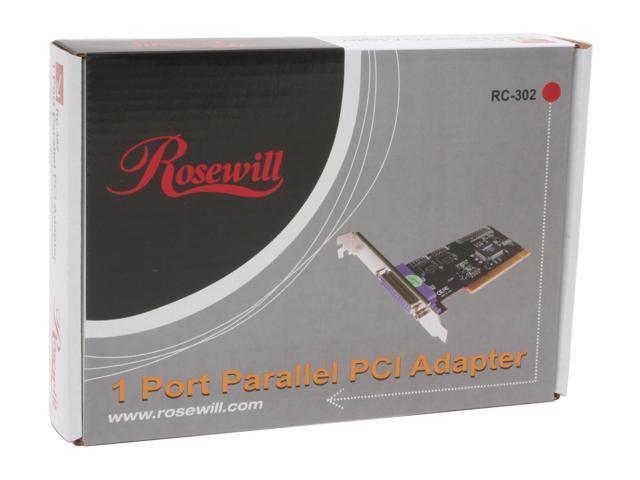 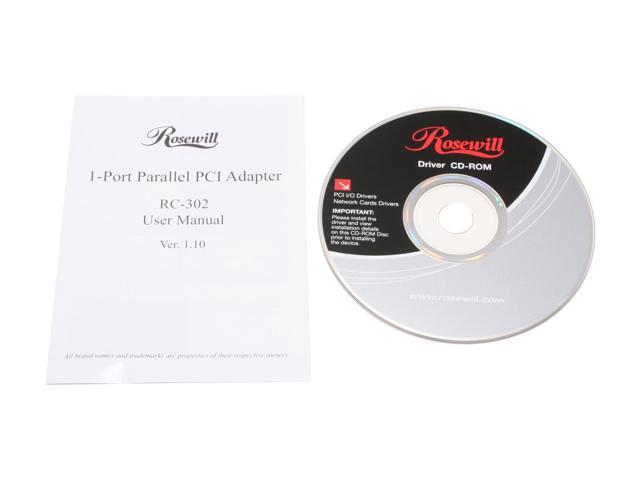 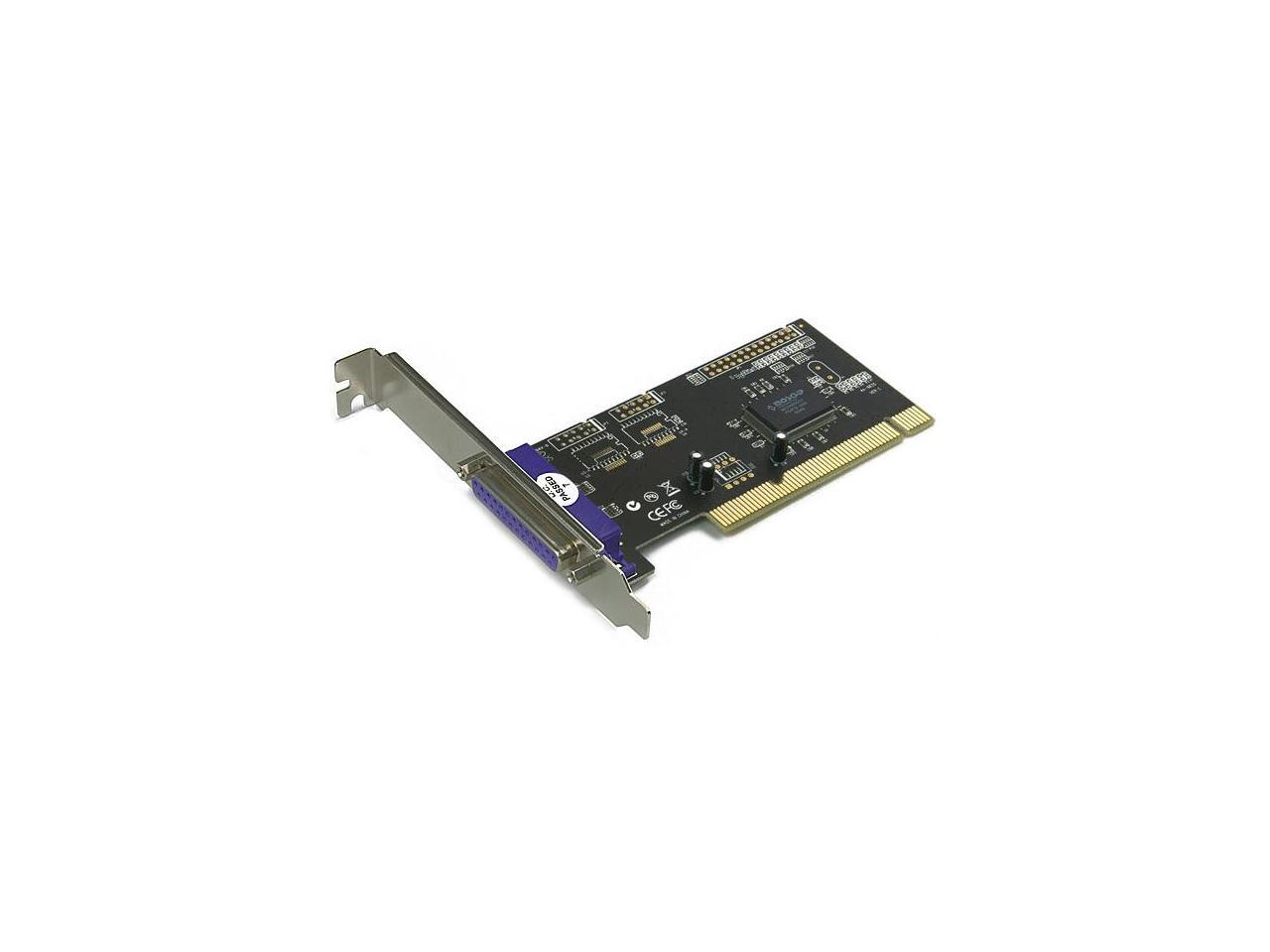 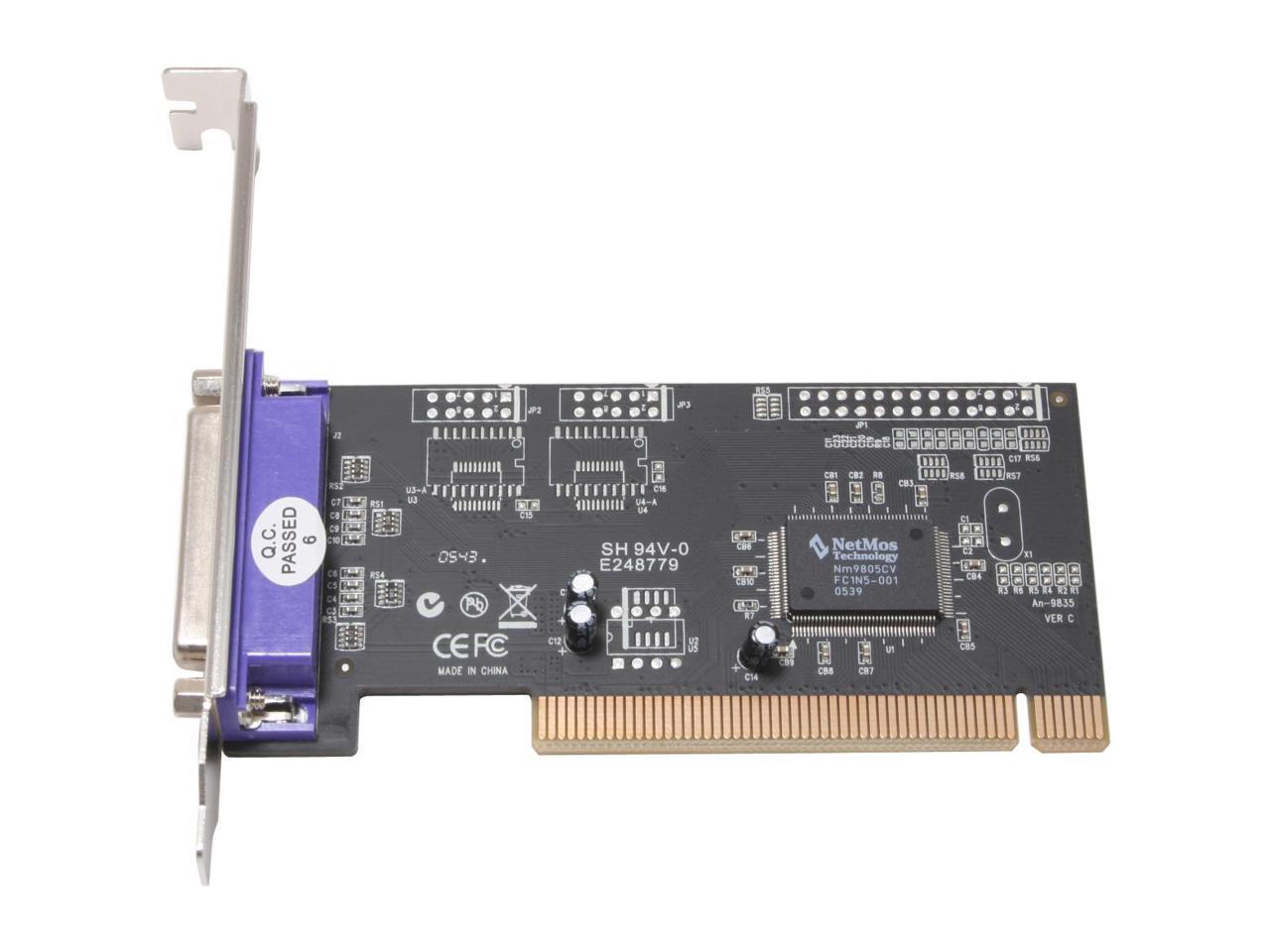 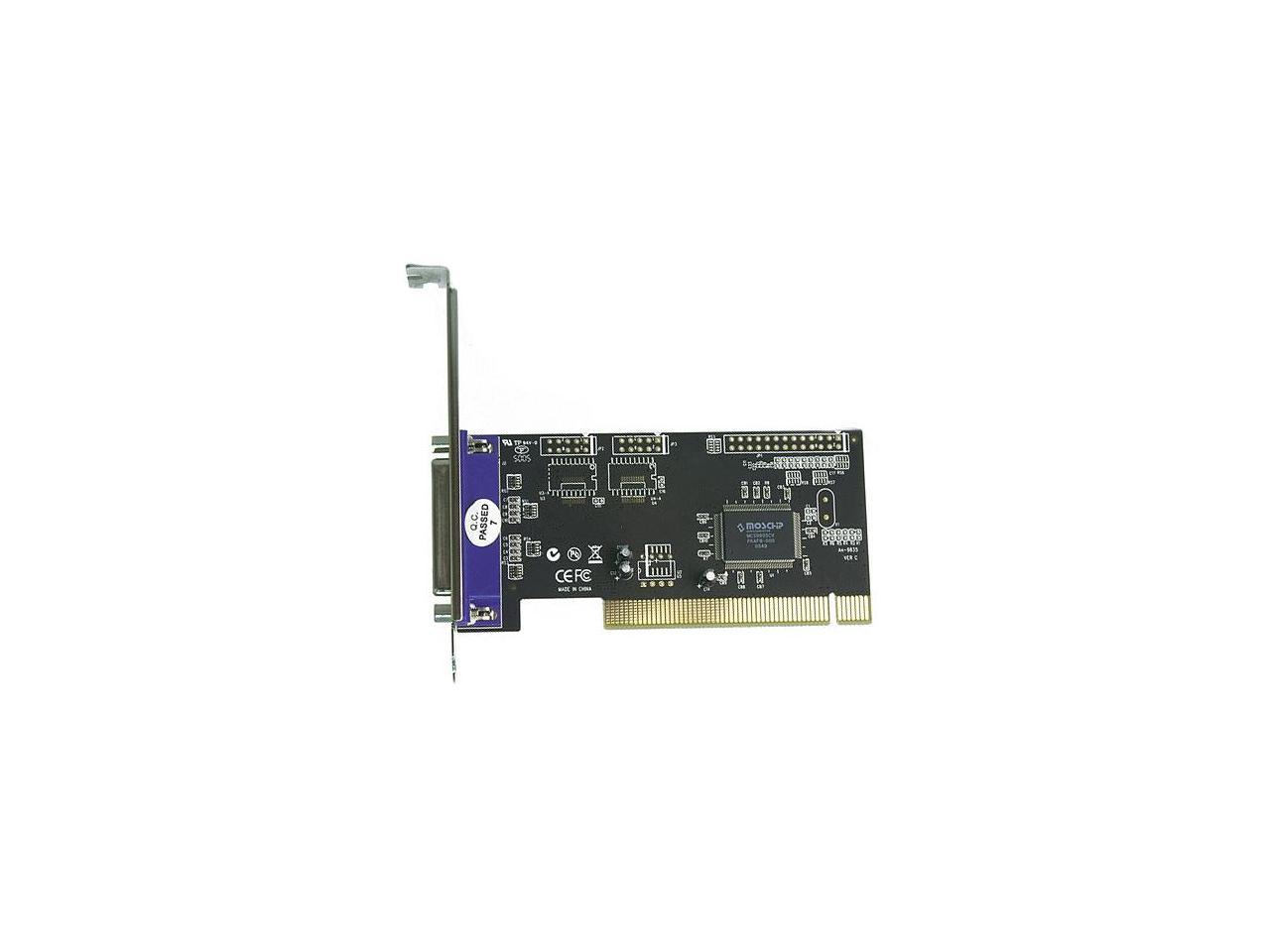 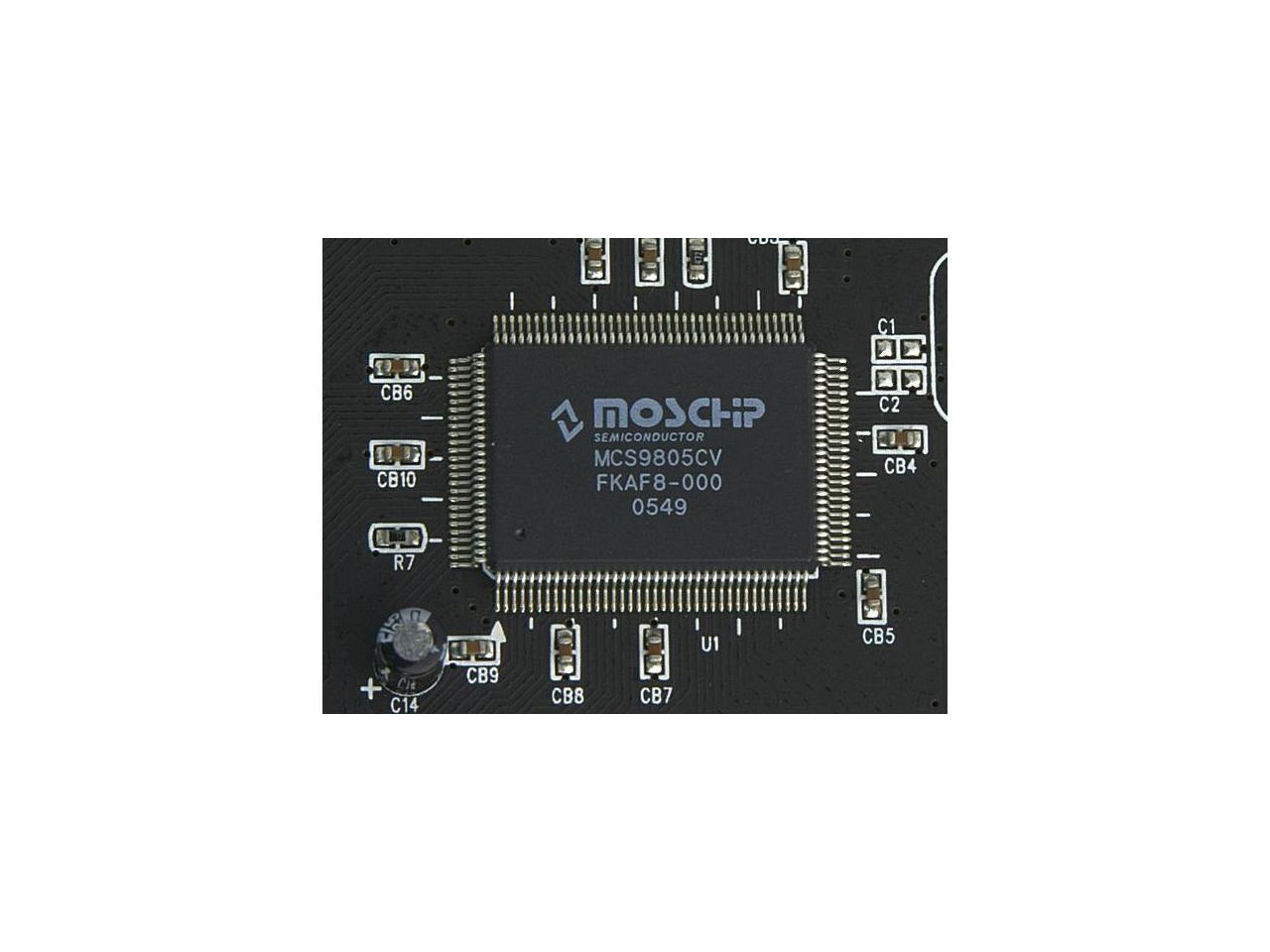 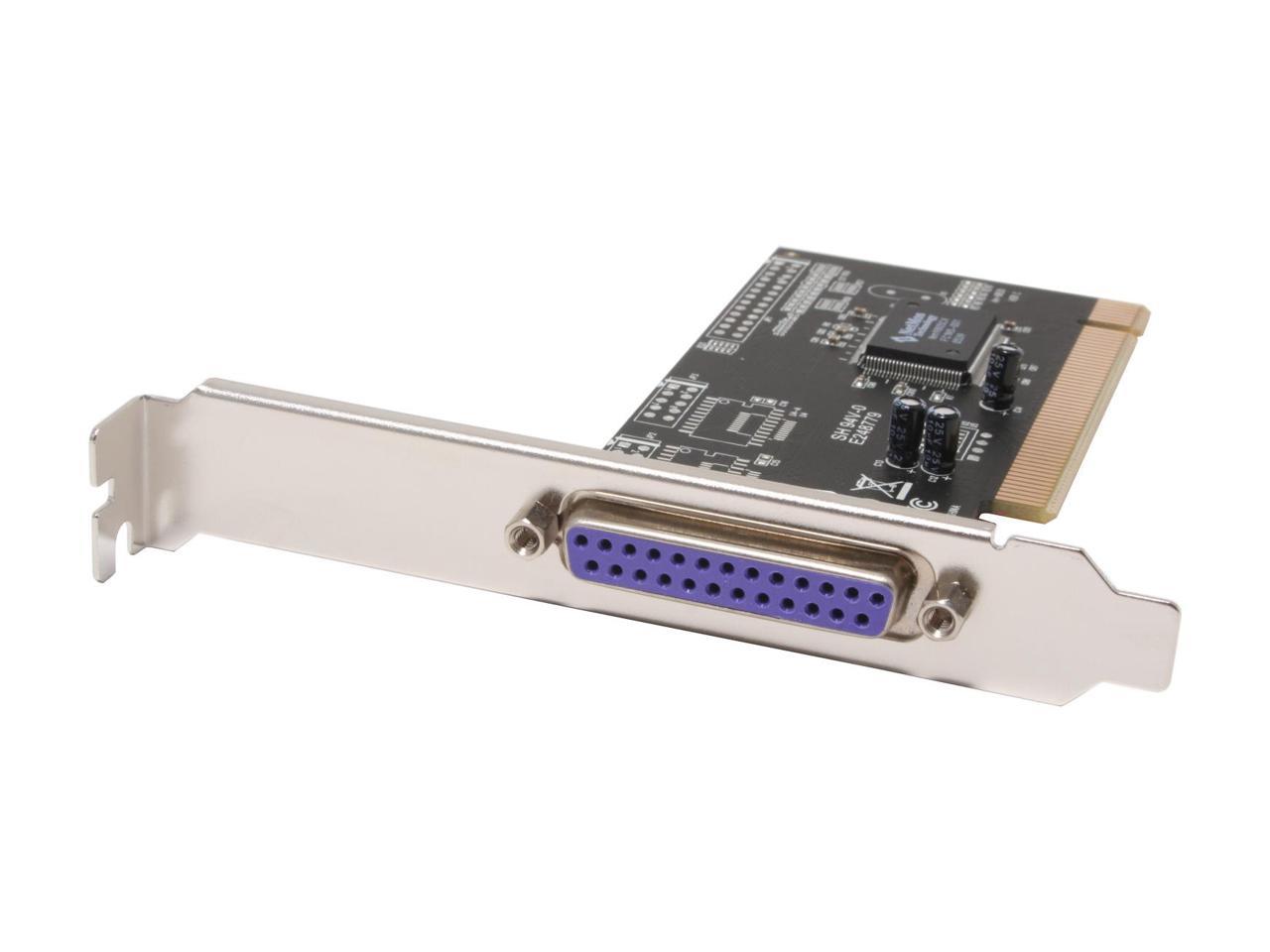 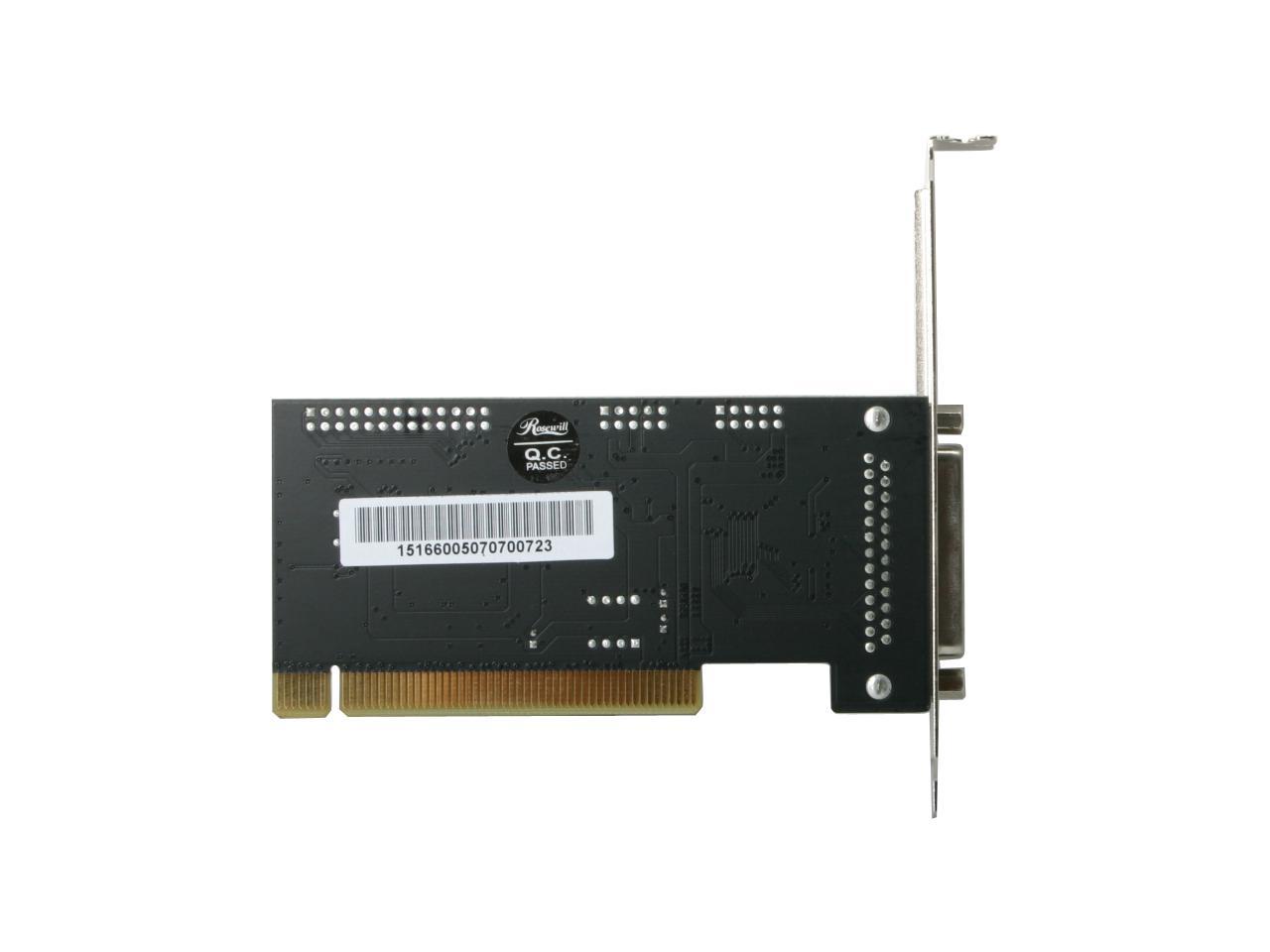 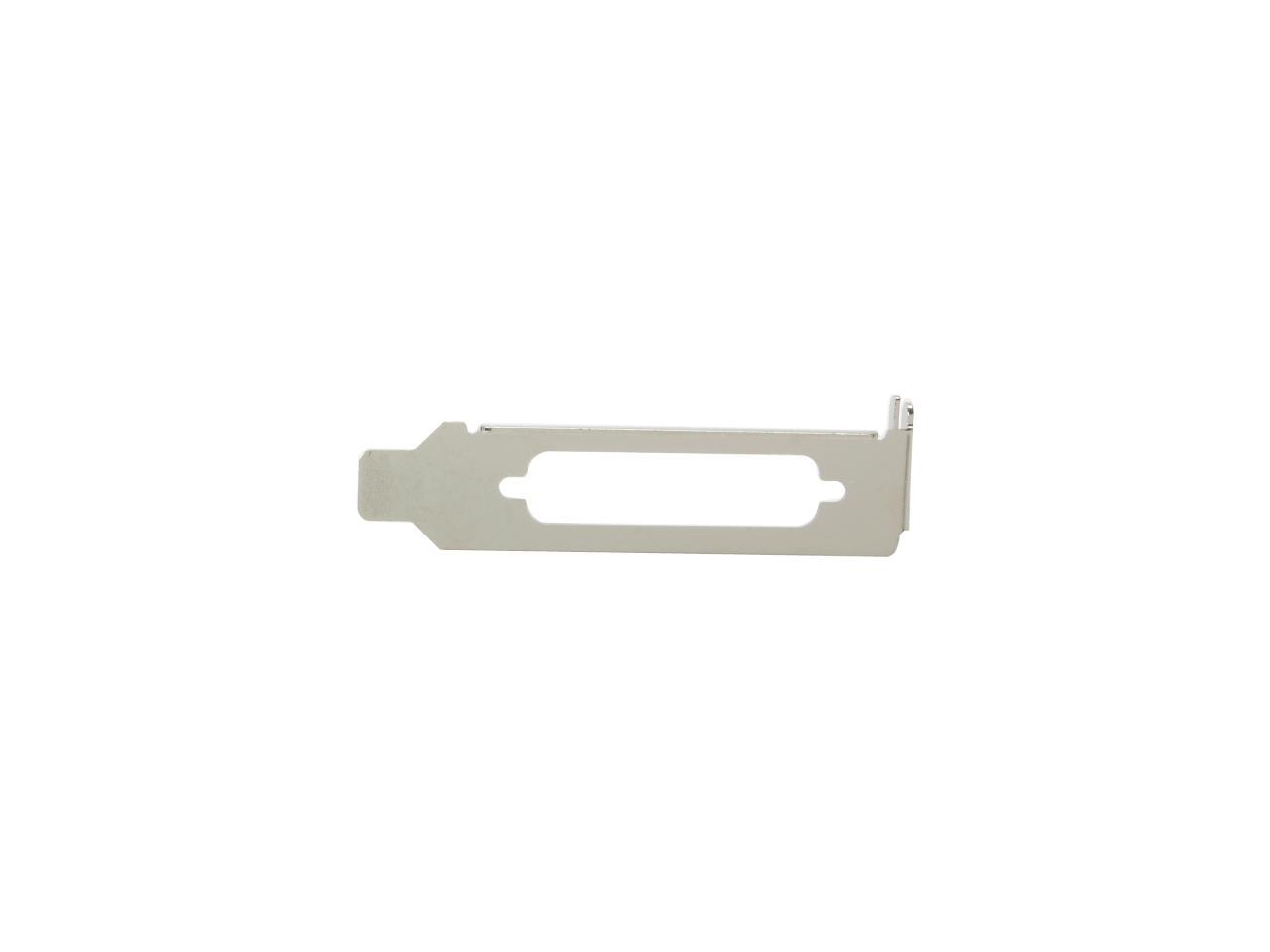 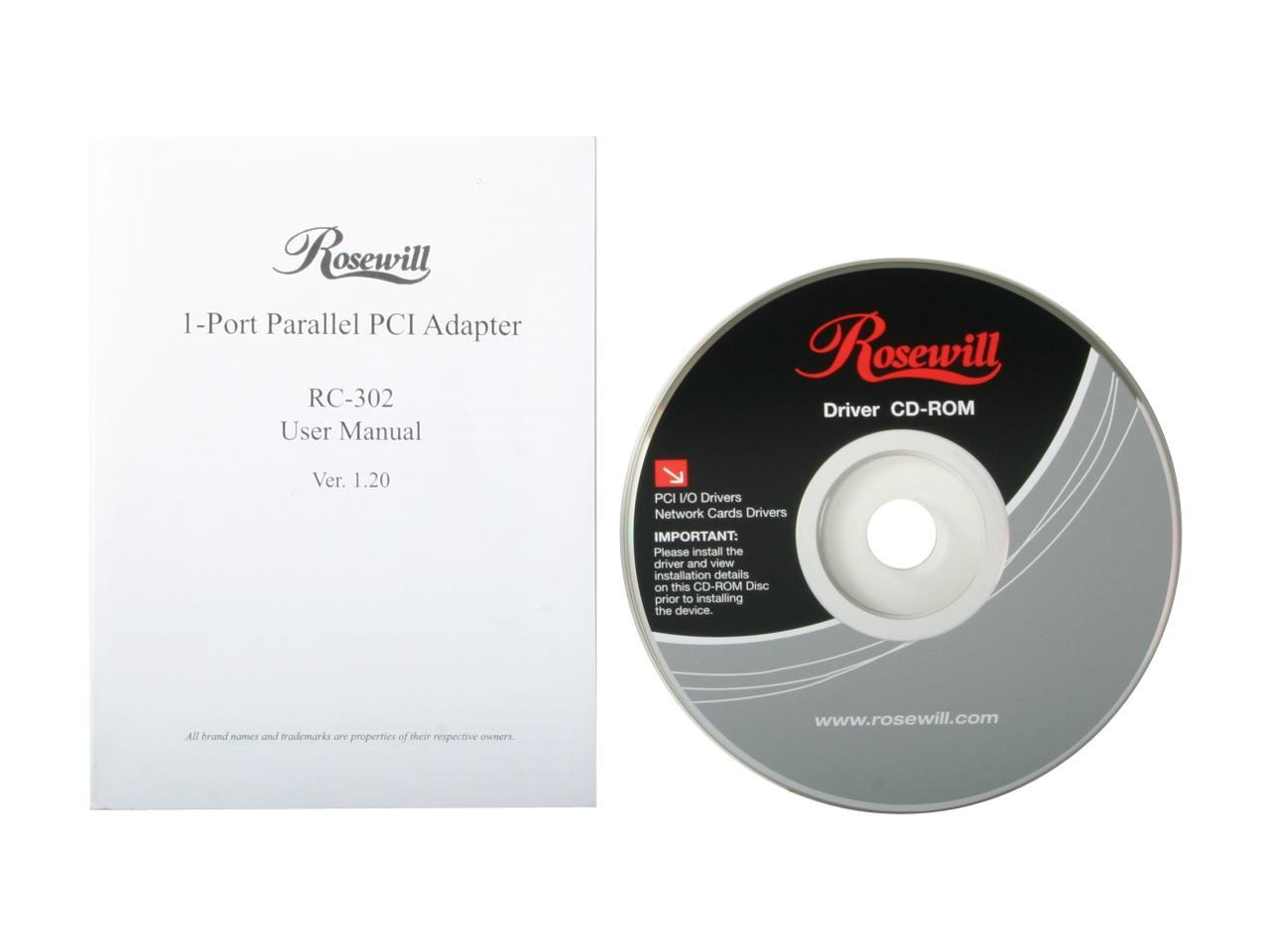 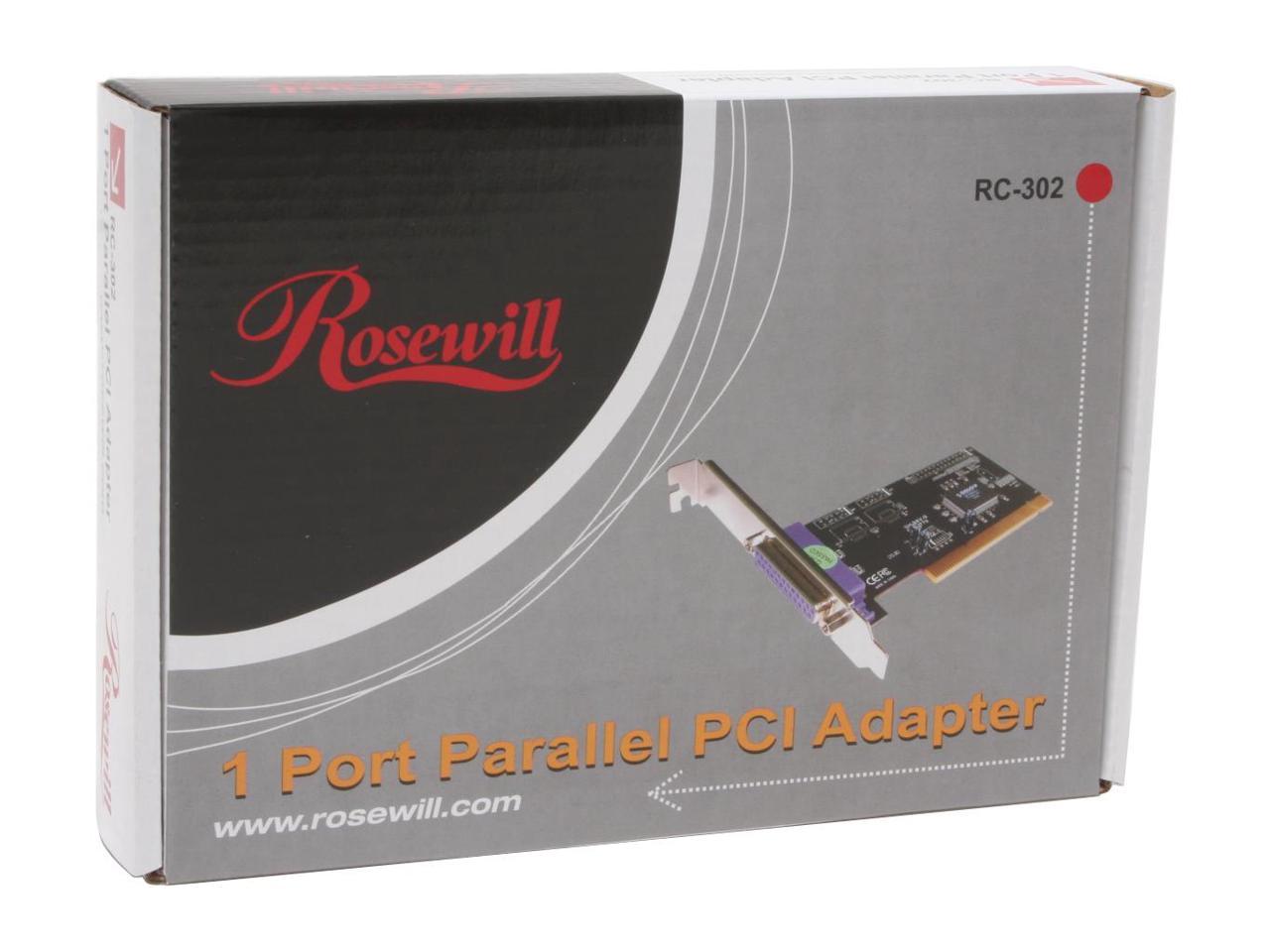 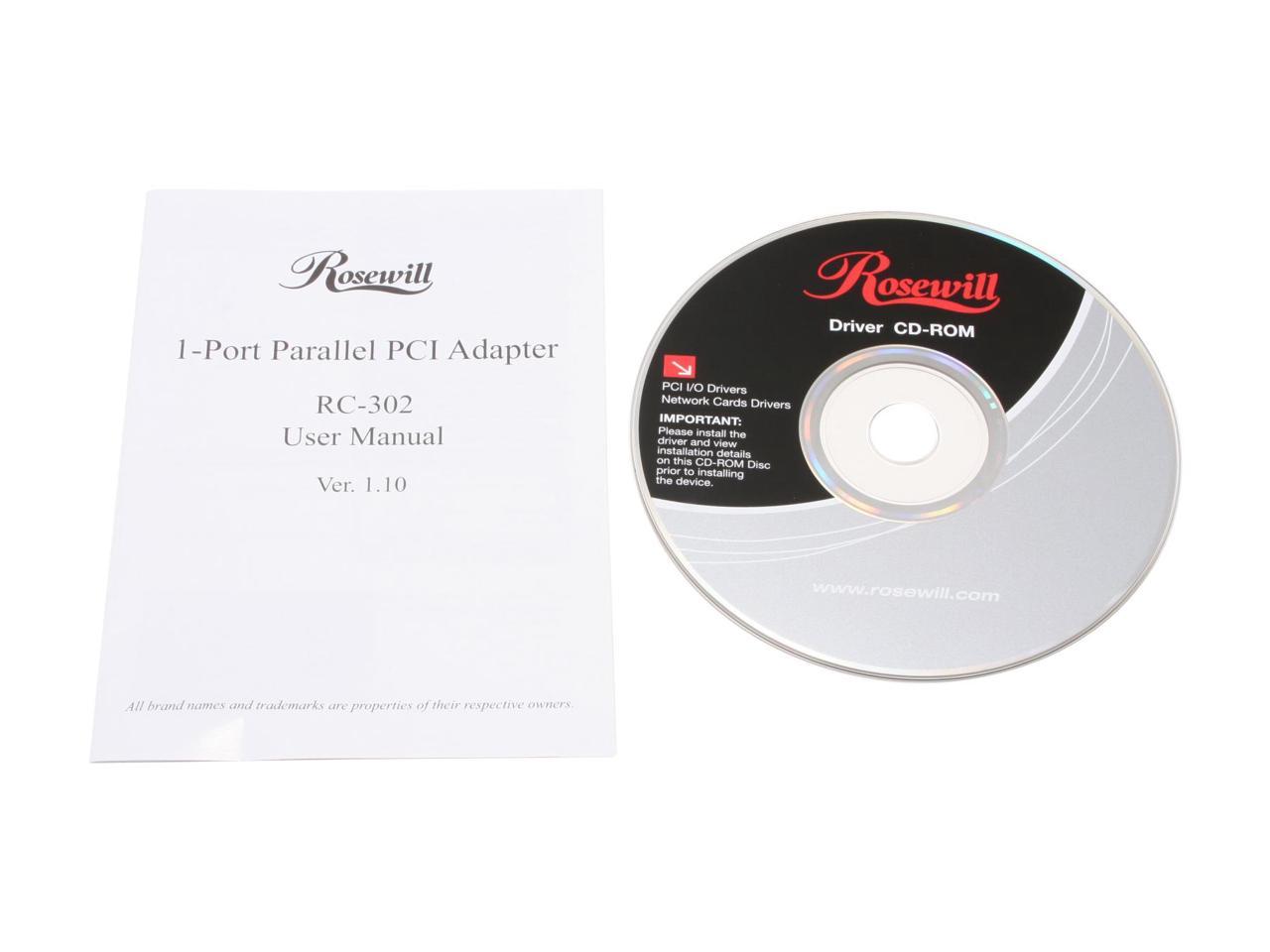 Learn more about the Rosewill RC-302

Pros: That's right. You bought that new computer without the printer parallel port and that old DOS program MUST PRINT TO LPT1. Yup this will do it for ya even in VISTA

Overall Review: Needed a real LPT1 port in the new VISTA machine that didn't have. Yup VISTA picked it right up and that old DOS program with the old LPT1 demand with the old parallel printer now prints. 5 stars !!!

Pros: I built a new computer and the motherboard (Gigabyte P35C-DS3R) did not come with a parallel port. After unsuccessfully attempting to use a parallel to USB cable for my LaserJet 1100 printer I bought this card. After loading the drivers from the CD the printer was automatically installed and everything worked perfectly. Wish I would have bought this card initially instead of the parallel to USB cable.

Pros: It worked when it was installed

Cons: Failed after 40 days. 10 days past the warranty.

Overall Review: Will never buy another one of these!

Pros: None for Window Vista -

Cons: I installed this card easily on my Dell E521 with Vista Ultimate. The driver was installed automatically. Afterwards the computer refused to boot, leaving only a black screen when Windows tried to load. It did boot in Safe Mode, and I was able to perform a "System Restore." Now the computer works perfectly again.

Overall Review: Do not buy this card until there are drivers for Vista. The present drivers prevent Vista from booting!

Overall Review: My newest Wintel boxes have no parallel ports, and we have ancient industrial dot matrix printers for multipart printing... they are essential to our even-older software. Ordered one as a test. It worked fine, ordered 2 more (1 for use, 1 for a spare).

Pros: Easy enough to install. I just powered down the system, put the card in my first PCI slot, connected the printer, and booted up. Windows 7 x64 found the card and downloaded the latest driver (2.0.0.18) from Windows Update... then a few moments later, did the same for my printer. After a few false starts (see Other Thoughts), it's working okay. Came with spare bracket for use in a low-profile slot.

Cons: As others have stated, may not work for stuff other than parallel printers. Defaulted to LPT3 on my system (not actually a problem for me, but some other uses for this card might have an issue with that). For just a few dollars more, could have gotten a card with a second parallel port AND serial ports. No way to be sure that it will work in ECP or EPP mode, except to try it (the driver provides no way to specify). But this is an OS issue with system resource allocation for PCI cards, not a fault specific to this adapter.

Overall Review: I wanted an adapter so I could use my ancient HP DeskJet 712C printer on my new PC (which lacks a parallel port). I do have a second printer, but hate to give up the 712C, it's been a real workhorse. At first, I couldn't get the DeskJet to print at all. The PC saw the printer, but all test prints silently failed, and the printer wouldn't do anything. I was pretty steamed, and was ready to blame the Rosewill card. But then I remembered seeing a thread on HP's support about a driver patch being needed for certain models, including mine, when running on 64-bit Windows Vista or Windows 7. Once I installed the patch, the printer worked. So, if you have an HP DeskJet 700, 800, or 1000 series printer, and want to use it on 64-bit Windows Vista or 7, Google "DeskJet patch for 64 bit Windows". (P.S. - Before I remembered the patch, I actually ordered a different parallel adapter. No point RMA'ing due to return postage. :P)

Cons: I seem to have driver problems (probably my fault). I installed the card, let Vista install the drivers, shut down, plugged in my printer, booted up again, and after Vista detected the printer and installed its drivers, the printer immediately turned on and spit out a page w/ a smiley face. I went to the Printers section of the Control Panel, saw the printer, and attempted to print a Windows test page. Nothing happened. The printer status was "Error."

Overall Review: Long story short, after starting from scratch, I went to http://moschip.com/mcs9805_downloads.php and downloaded the latest driver (2.0.0.18). I updated the old driver (2.0.0.6) via Device Manager, shut down, plugged in the printer again, and encountered the same instant print problem (though with more smiley faces). To be able to print w/o Error status, I right-clicked my printer in Control Panel, clicked Properties, clicked the Ports tab, and checked LPT1 (prior to this, the port was DOT4_001). Now everything works as it should. Note that on my system, the card installed as LTP1 by default, not LTP3. Again, probably my fault somewhere along the line, since no one else has had this issue, apparently. I'll post another review after more time has passed. Overall, I'm happy.