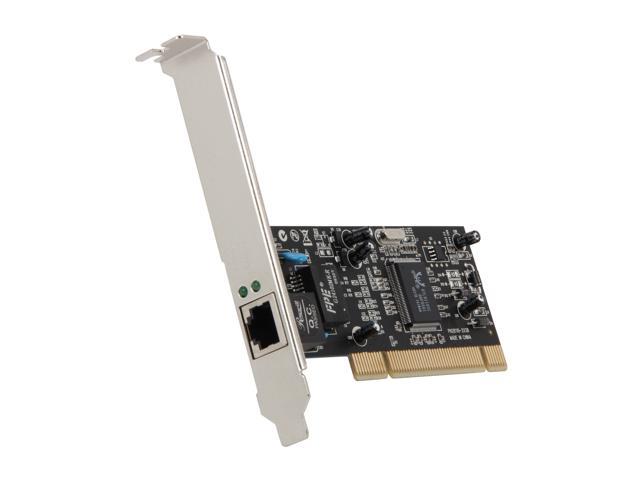 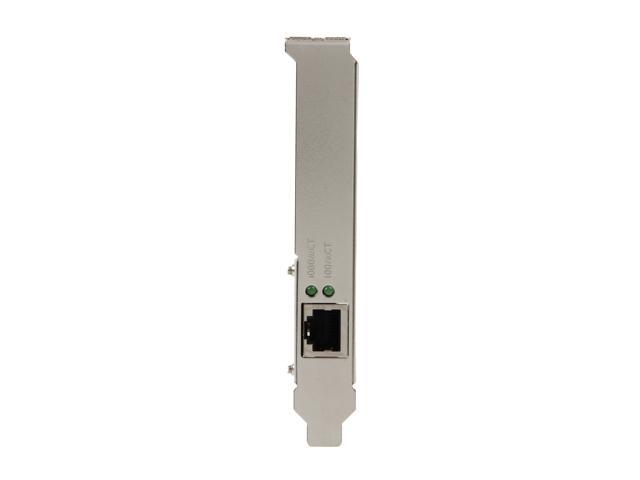 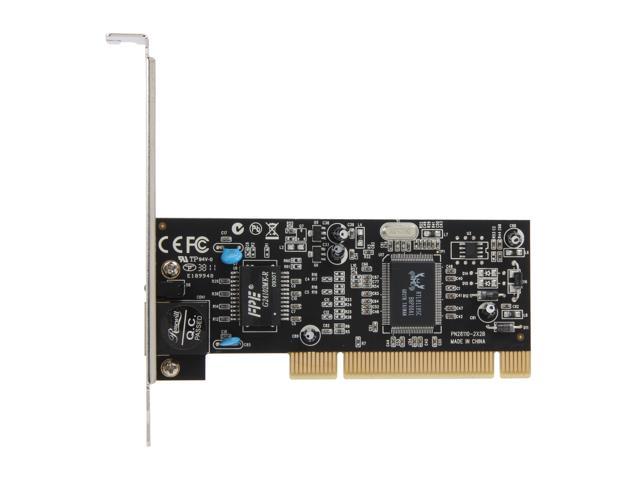 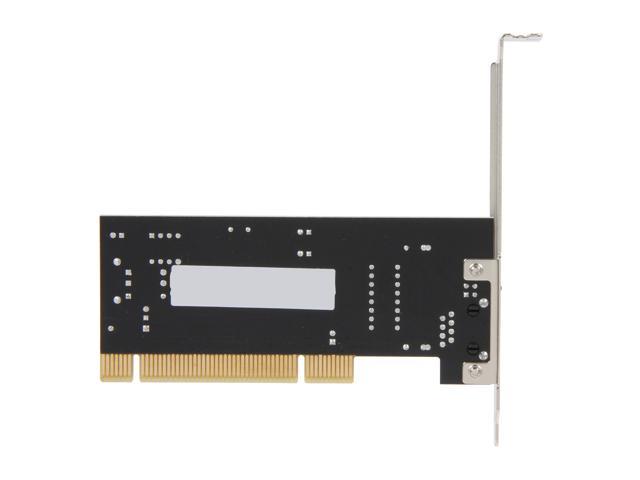 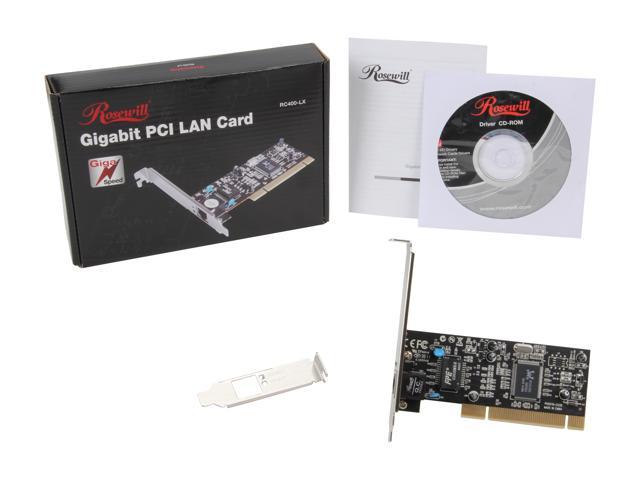 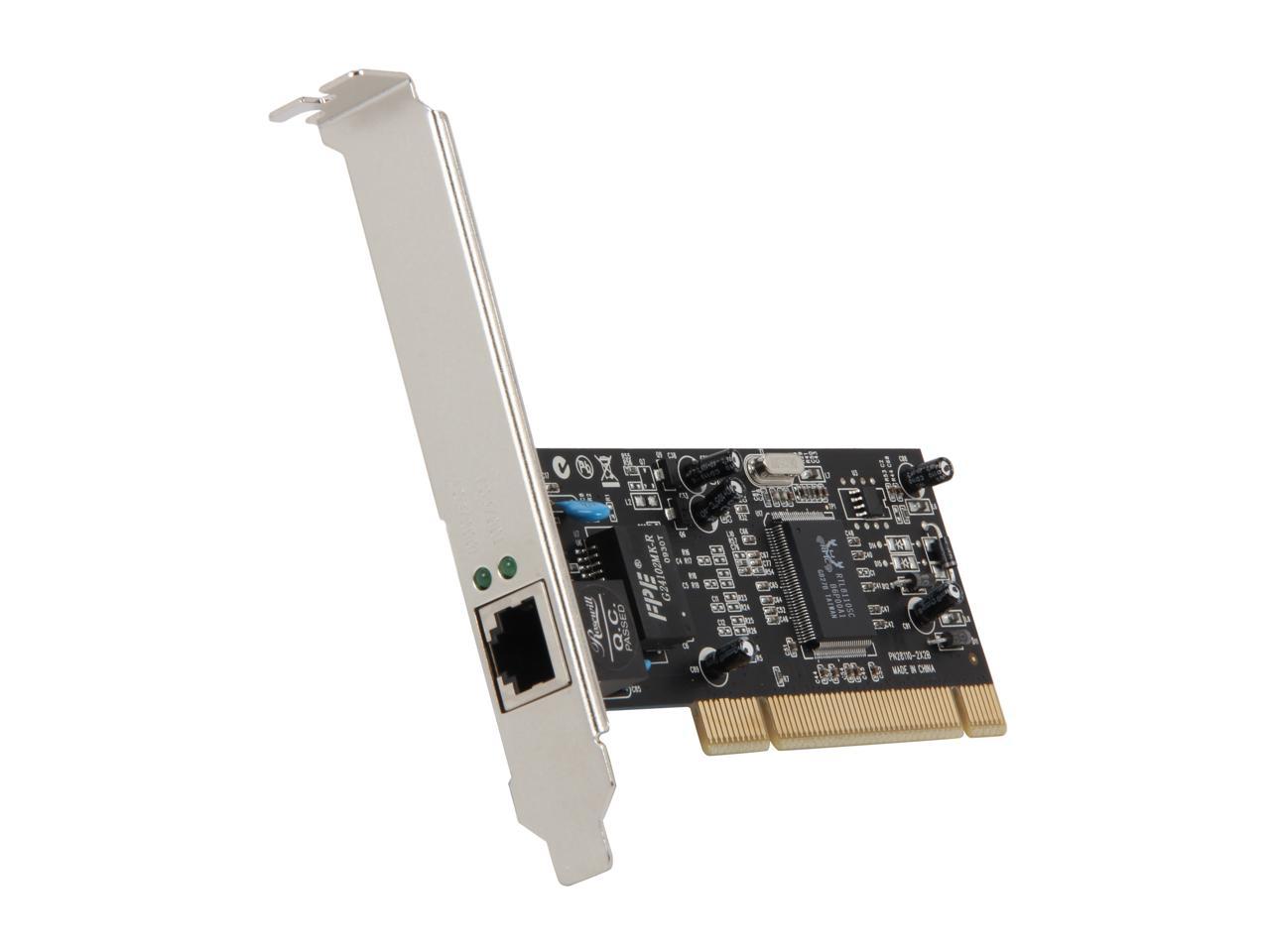 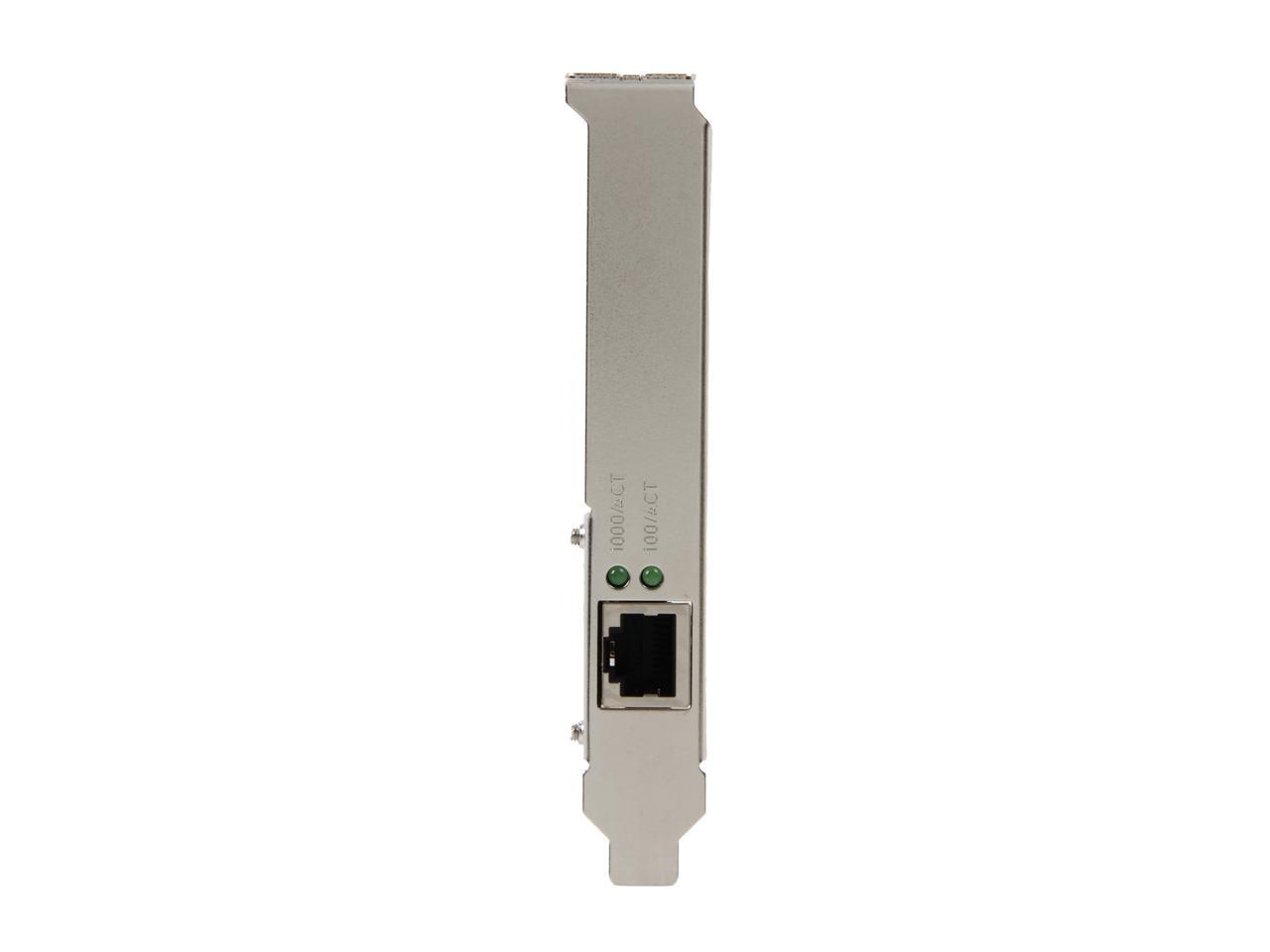 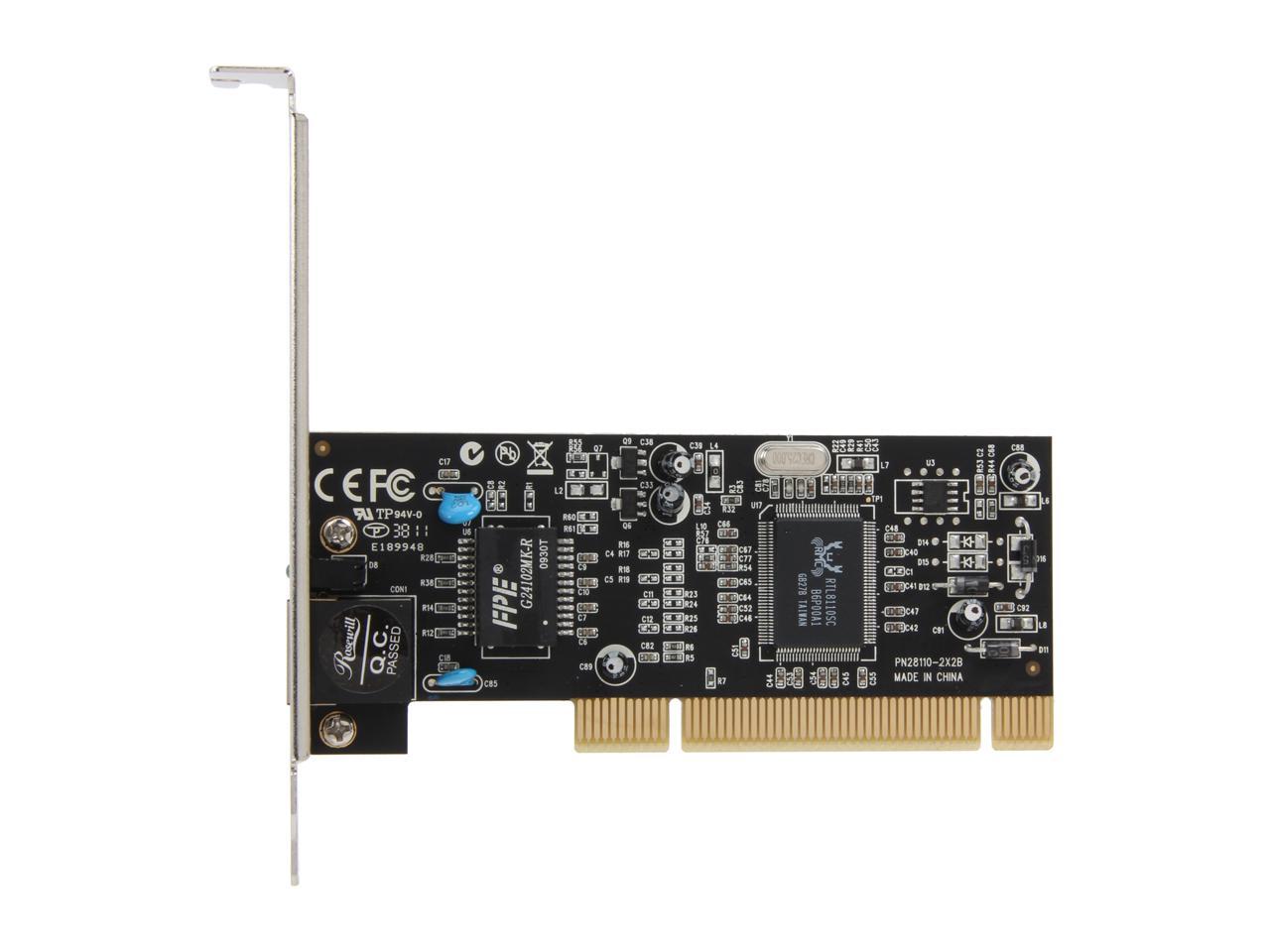 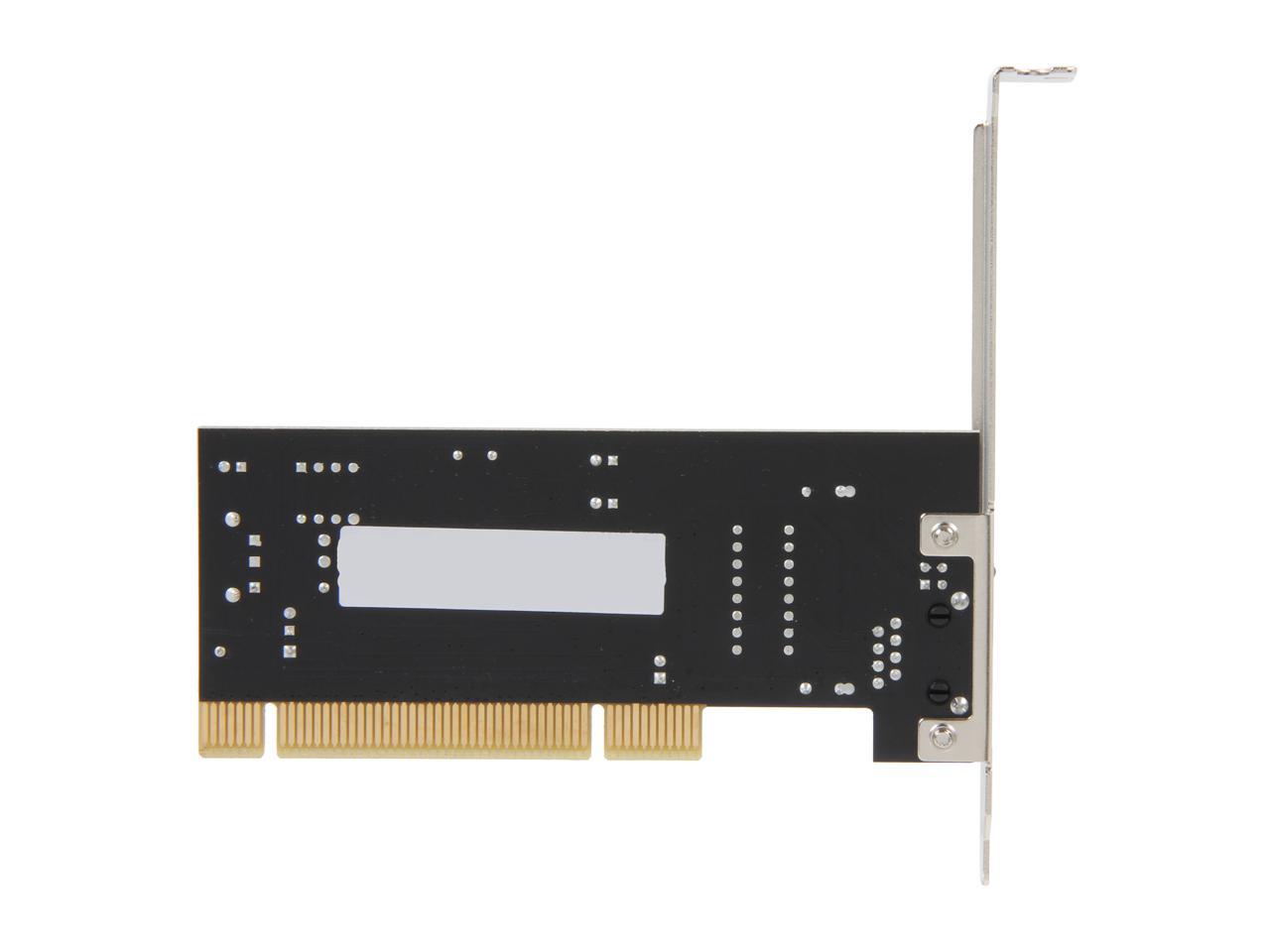 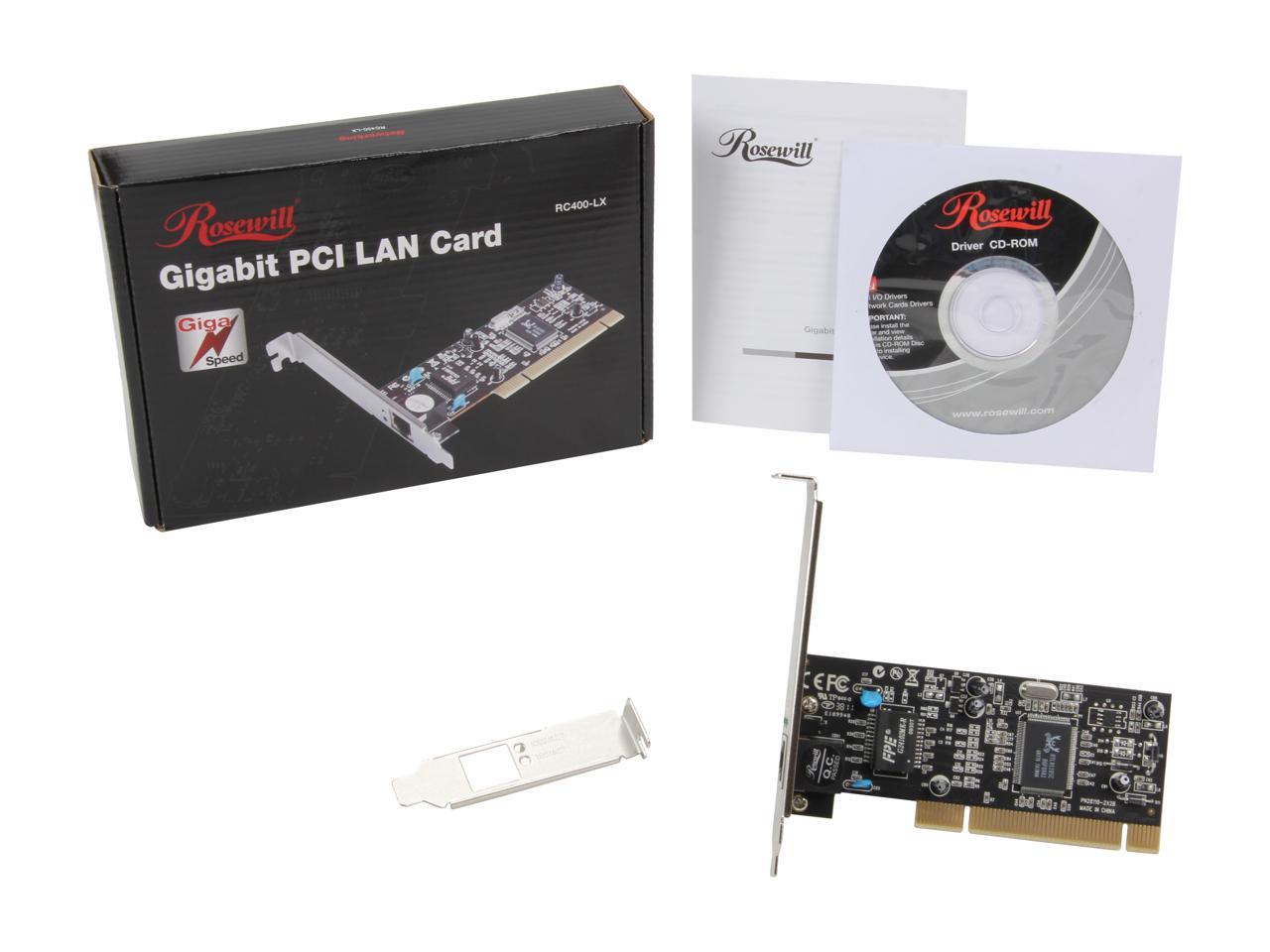 Take advantage of fast LAN connection at up to 1000Mbps data transfer rates. Learn more about the Rosewill RC-400-LX

Pros: Used this in my Ubuntu server box an had no problems. No hiccups or problems.

Pros: Worked out of the box. It's a nice bonus that it came with a half height bracket to mount in my micro ATX case. The included drivers work perfect.

Cons: It doesn't shut my wife up.

Overall Review: It works, that's what it's supposed to do, buy it. If you need it.

Pros: -10/100/1000 Gigabit -Realtek 8110 chipset (idk whether or not that's a pro) -Wake on LAN abilities (haven't tried them yet, but probably should being that this is a remote computer). -Easy to install hardware and drivers, using WinXPP built-in LAN management -the price was right w/ free shipping

Cons: It hangs on initialization. When I click on a webpage, youtube video, or to download a large pdf, the computer doesn't start right away...there's a 1-second pause after input. My previous Netgear 10/100 card and the Realtek wireless-g cards, slow as they were, didn't do that. Once it gets started it works quickly like it should. I think it's the card because internal operations still occur very quickly (e.g. moving large files from one hard drive to another using Windows Explorer).

Overall Review: Connected via 2 unmanaged DLink switches and all CAT 6e cables to a Linksys gigabit router. System is a Pentium III Coppermine which might have something to do with the lag although there's >60% memory available when testing on FF 3.5. I don't know if it's the card or the computer (probably the card)...either way, I'll have a spare Intel 1000GT Pro lying around here soon just in case I need it. The Rosewill RC-400LX is installed on: Dell Dimension 4100, 866MHz Pentium III w/ 512MB SDRAM

Pros: Bought this to replace the onboard network that was only 10/100. Using this on my file server and enjoying the faster speeds. Received this card very fast and prompt from newegg.

Cons: Originally bought in June '14, had issues getting it to work at first but eventually it did. I have it running on a home server and it would drop connection randomly.

Overall Review: After enough troubleshooting and just dealing with a tempremental NIC for a few months, I decided to try and RMA it. Process was SUPER EASY. Filled out the form on Rosewill's site along with what troubleshooting was done and I had a replacement on my doorstep the same week. So far so good on the new card. No dropped connections. Had to drop an egg off the rating for the first card having problems, but I'd still recommend it to someone looking for Gb speeds on a shoestring budget.

Cons: Not an intel chipset?

Overall Review: Have two of these in a pfSense box acting as my main router. One acting as the WAN connection, connecting directly to the Fios ONT via cat 6, the other as the LAN interface connected to a Rosewill 8-port Gigabit switch. During the pfsense install, it recognized them, and set them up without any issues. If you need a cheap gigabit nic, look no further.

We want to ensure your holiday shopping this year is hassle-free. That’s why we’re automatically extending our return policies on almost every product! For purchases placed between November 1, 2021 and December 24, 2021 you will have until January 31, 2022 to return your product. There's nothing additional that you have to do!