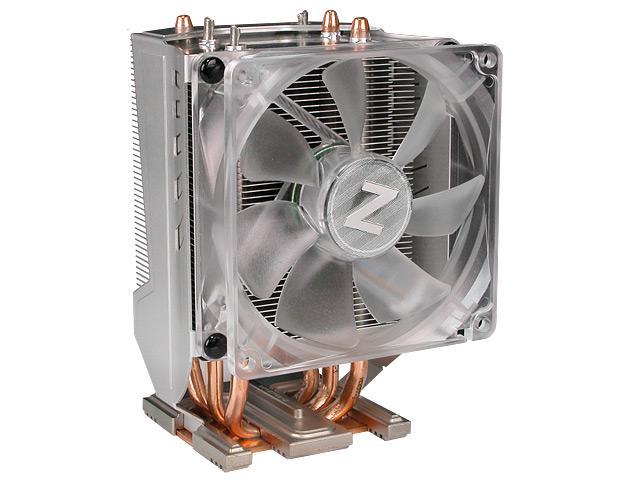 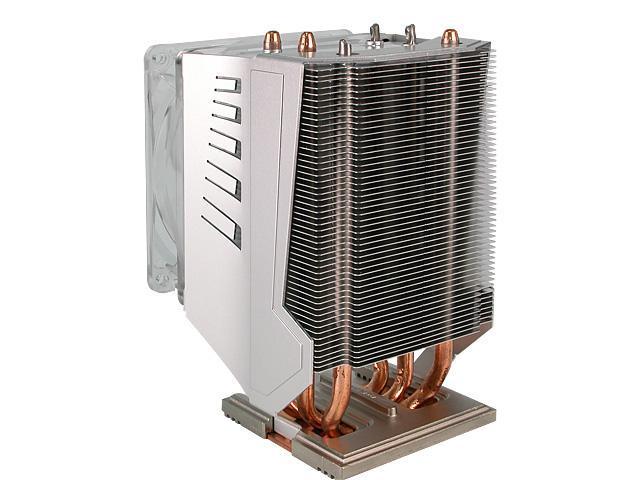 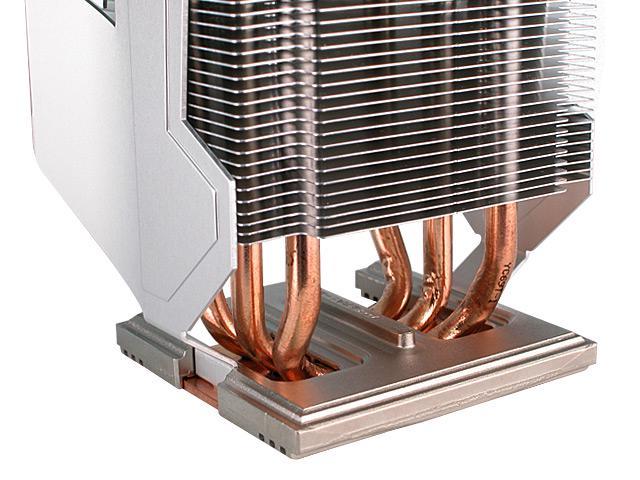 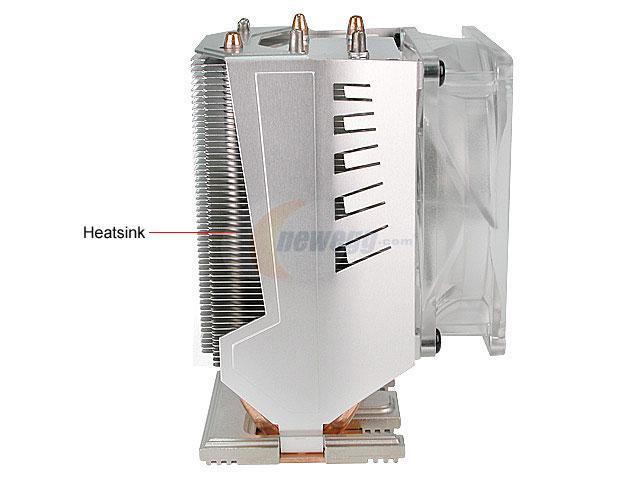 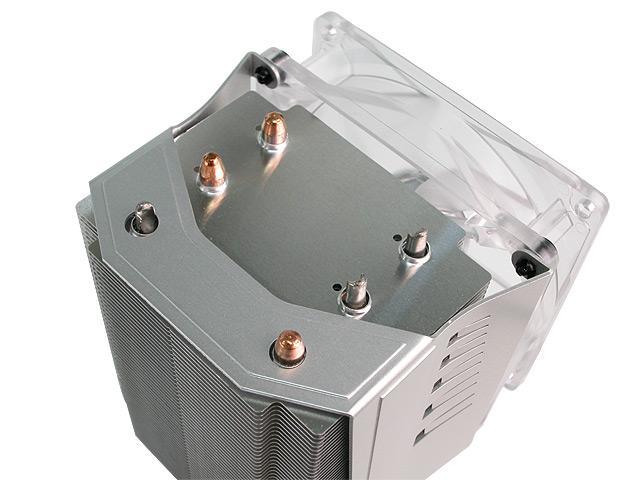 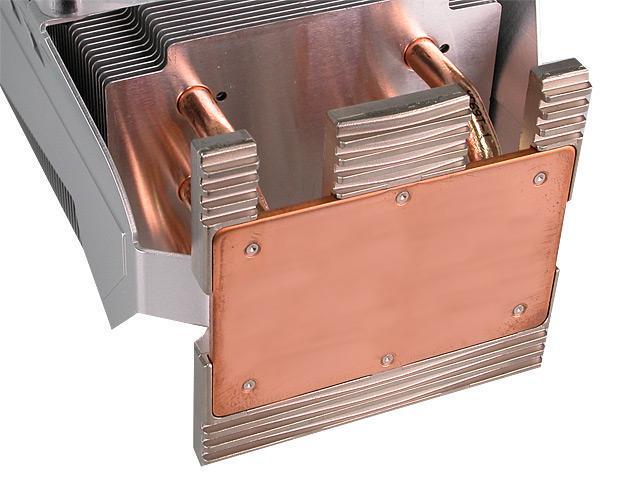 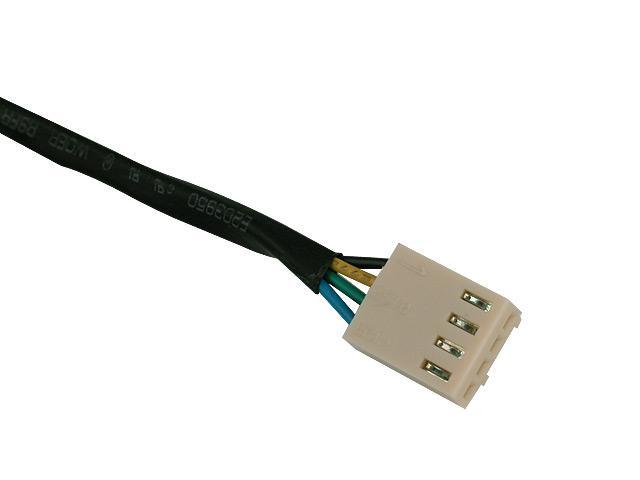 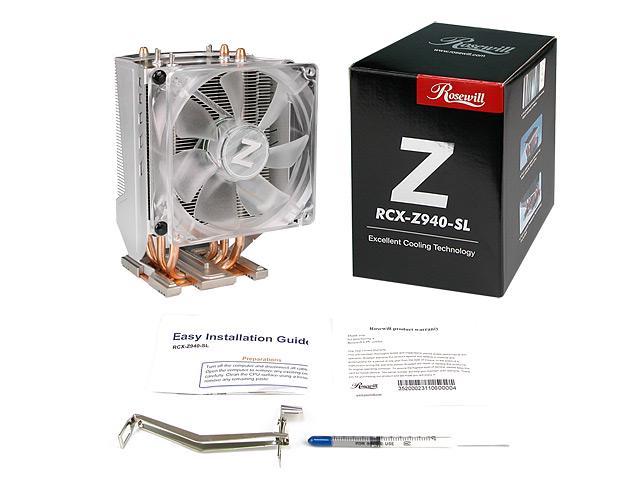 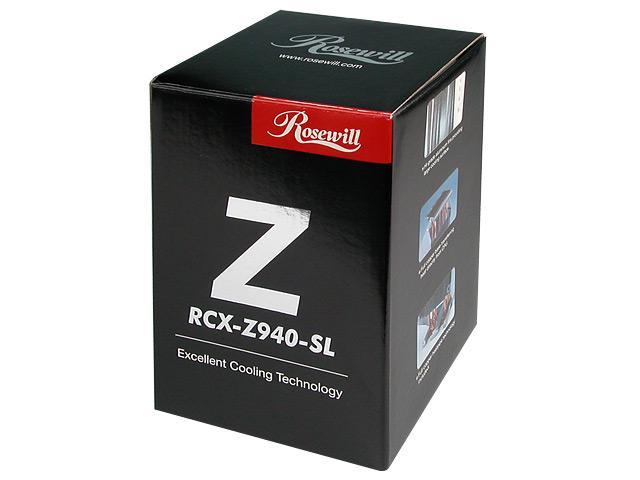 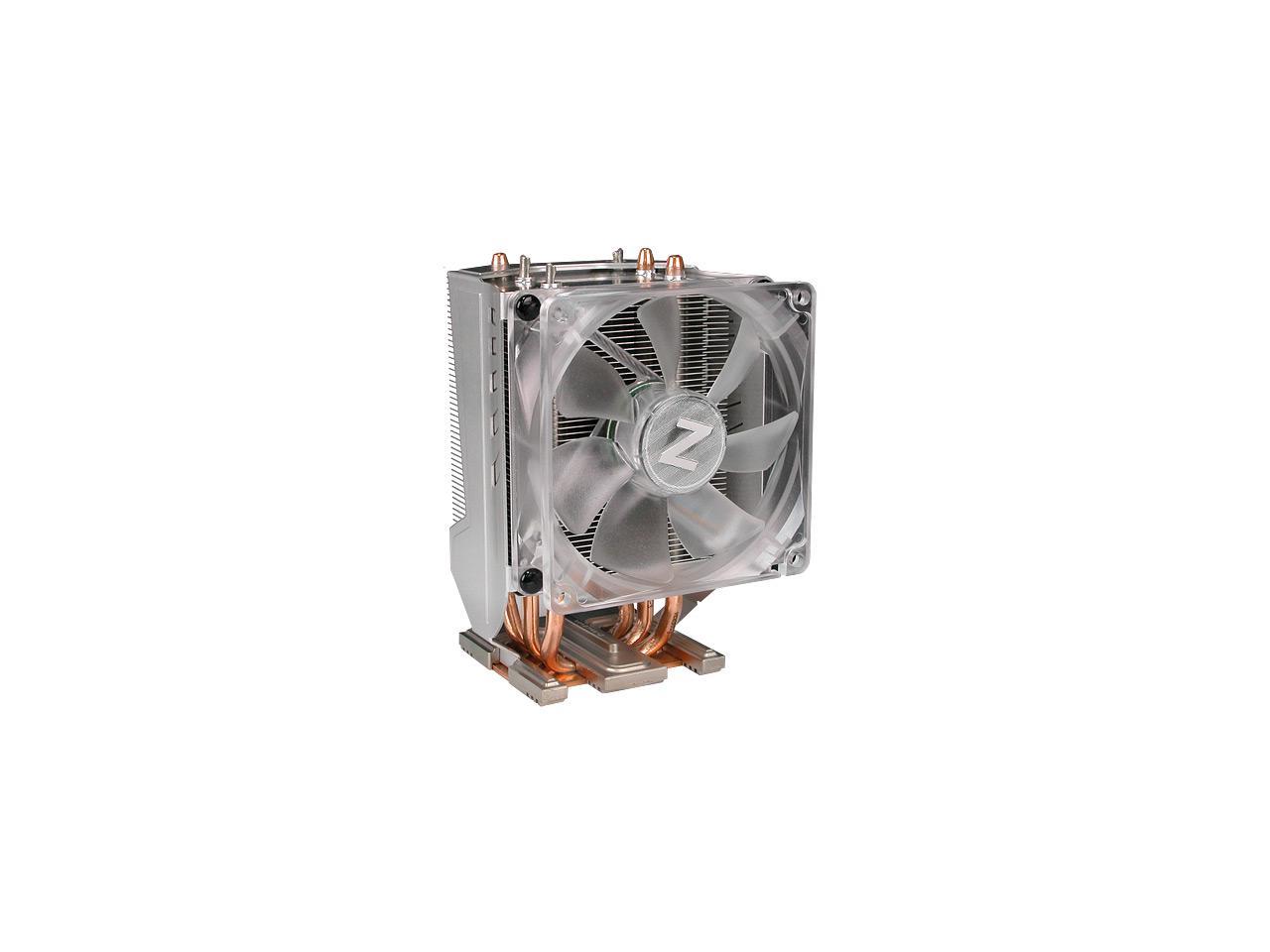 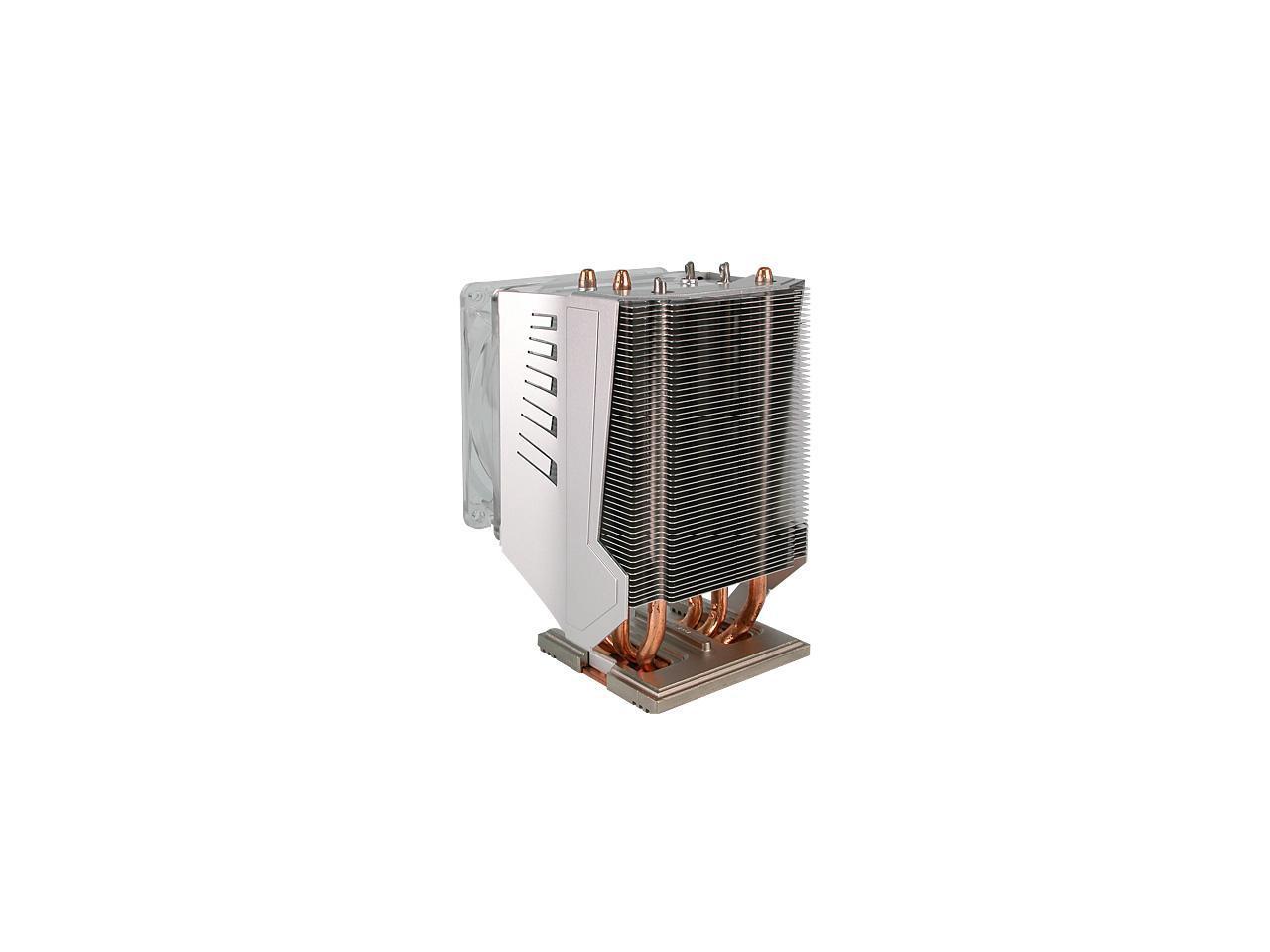 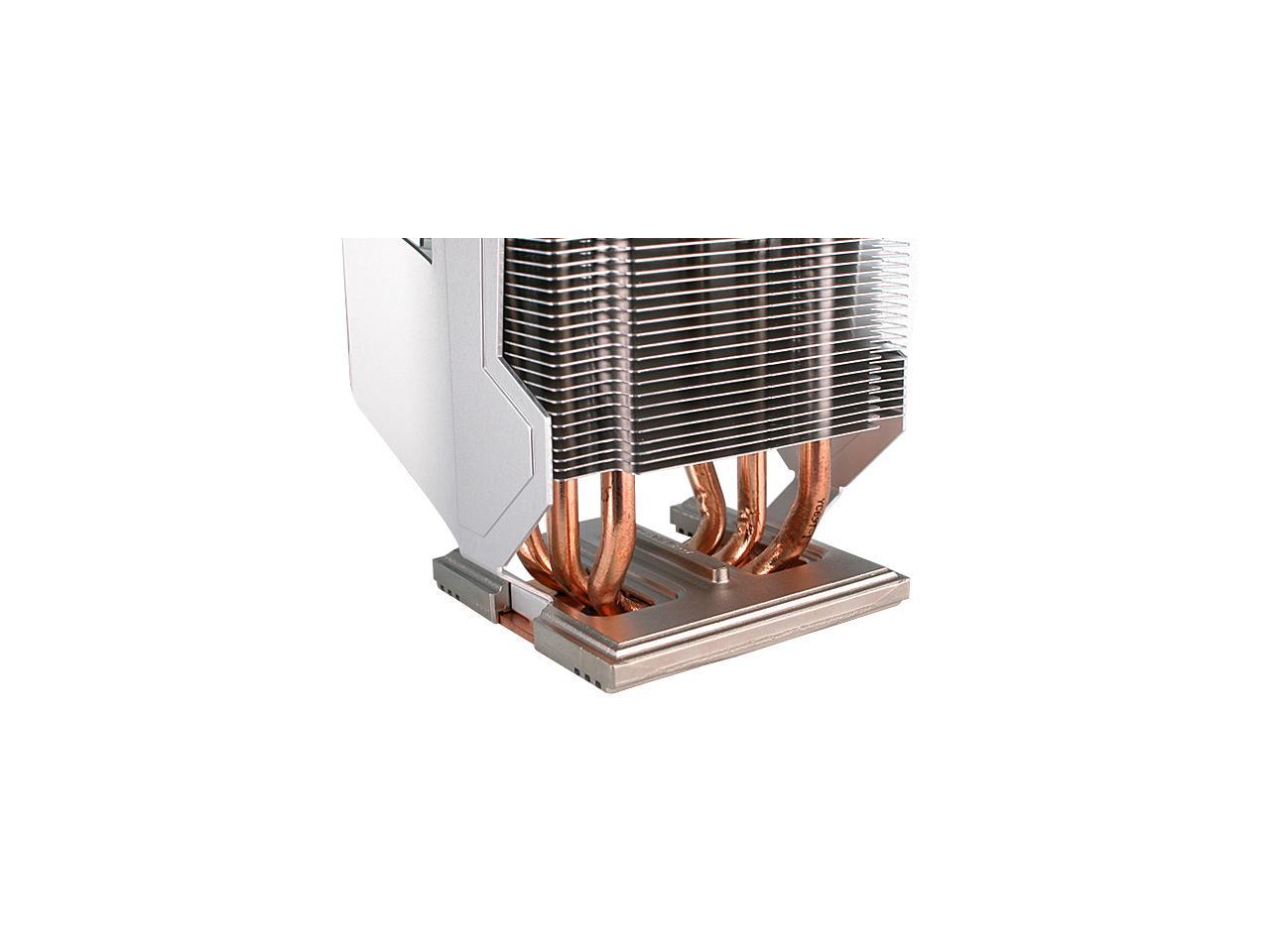 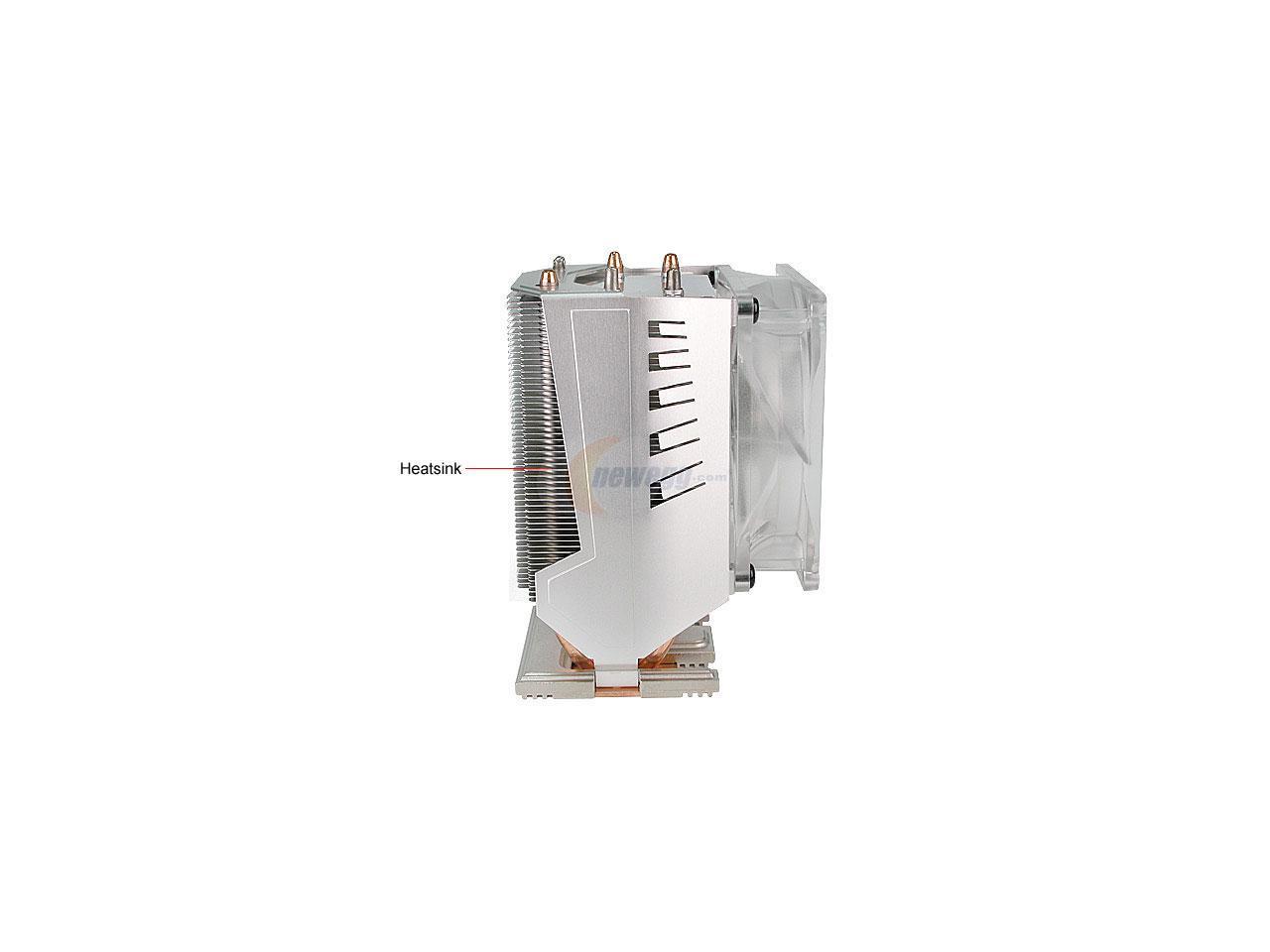 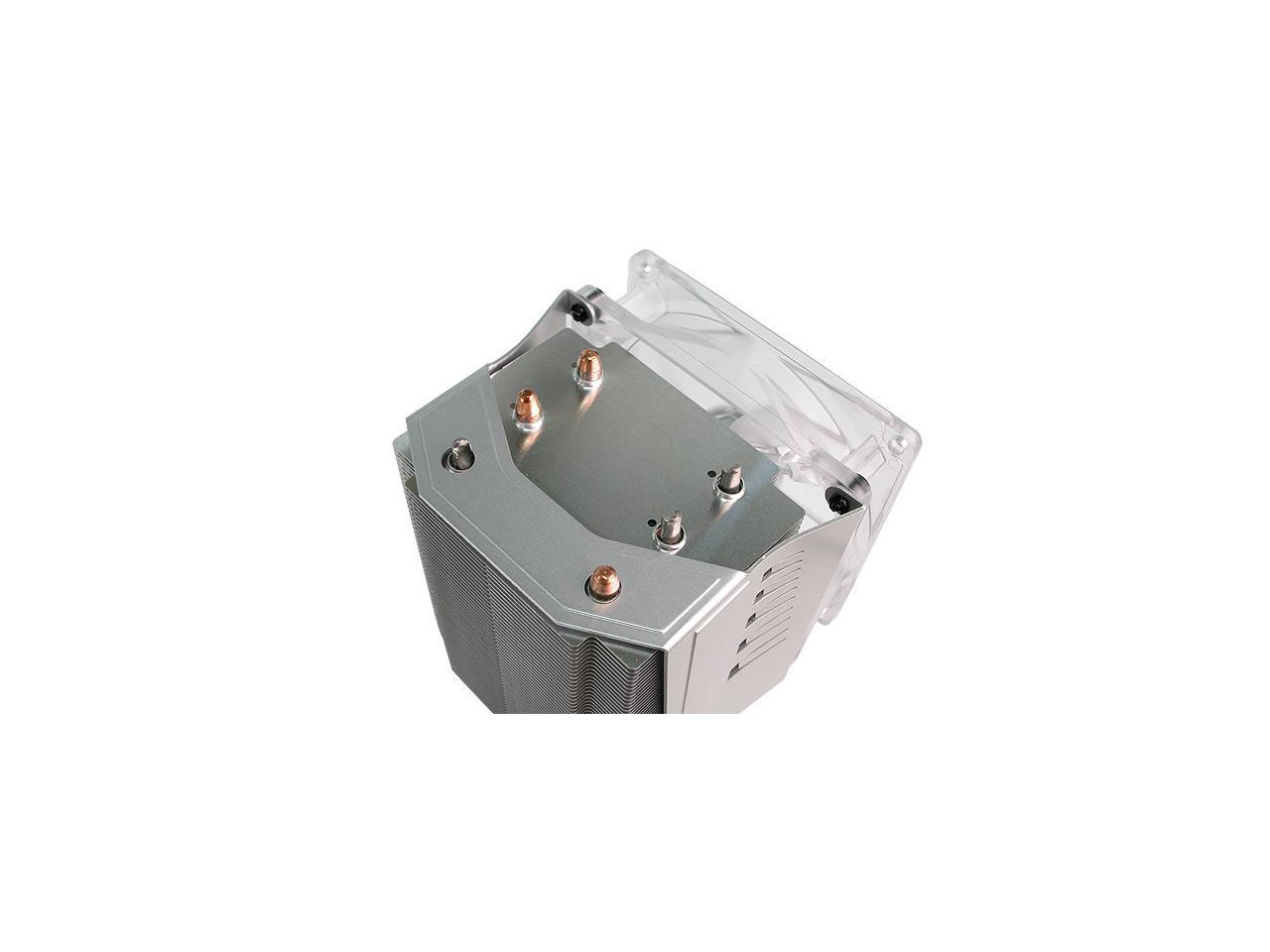 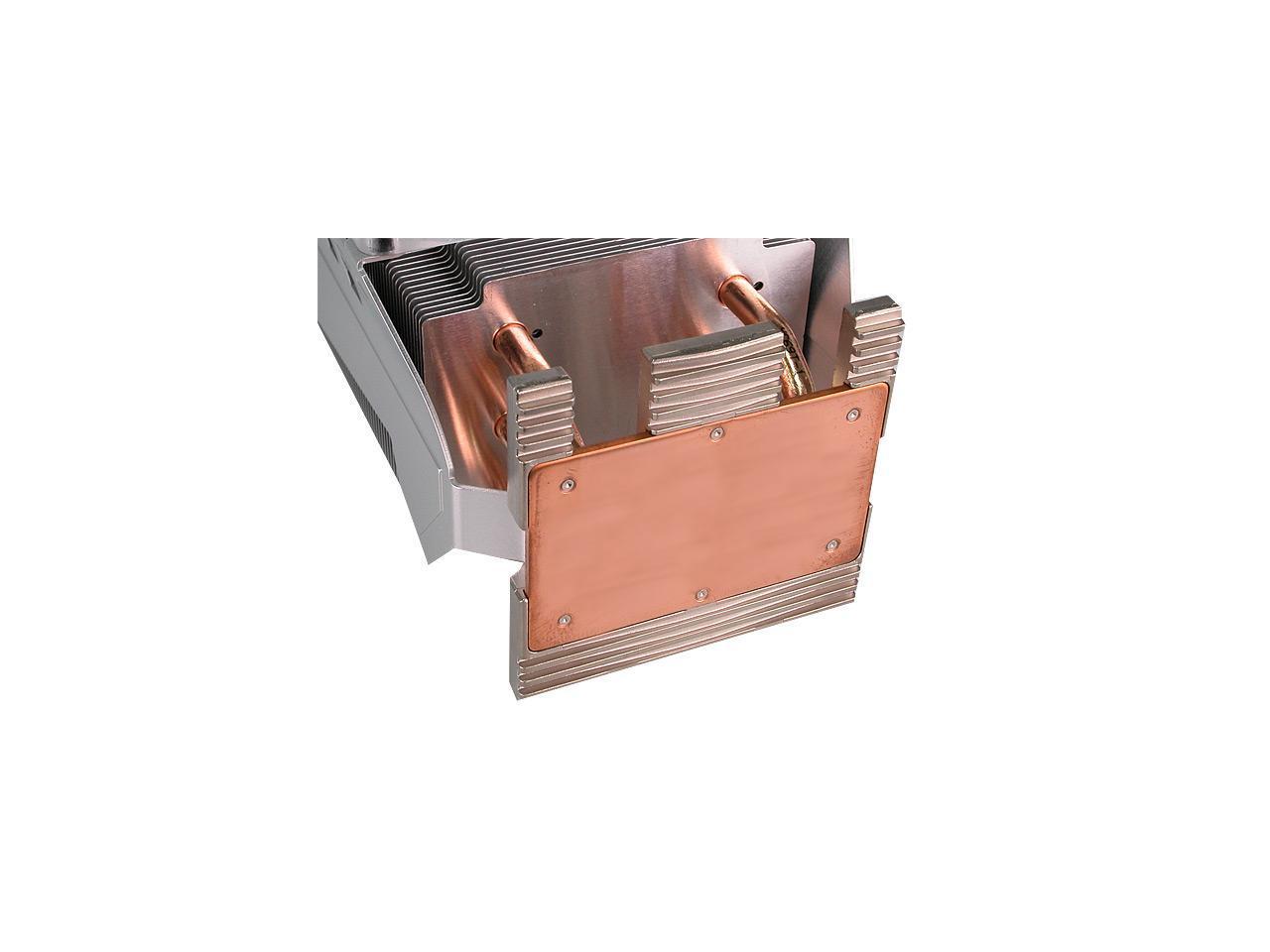 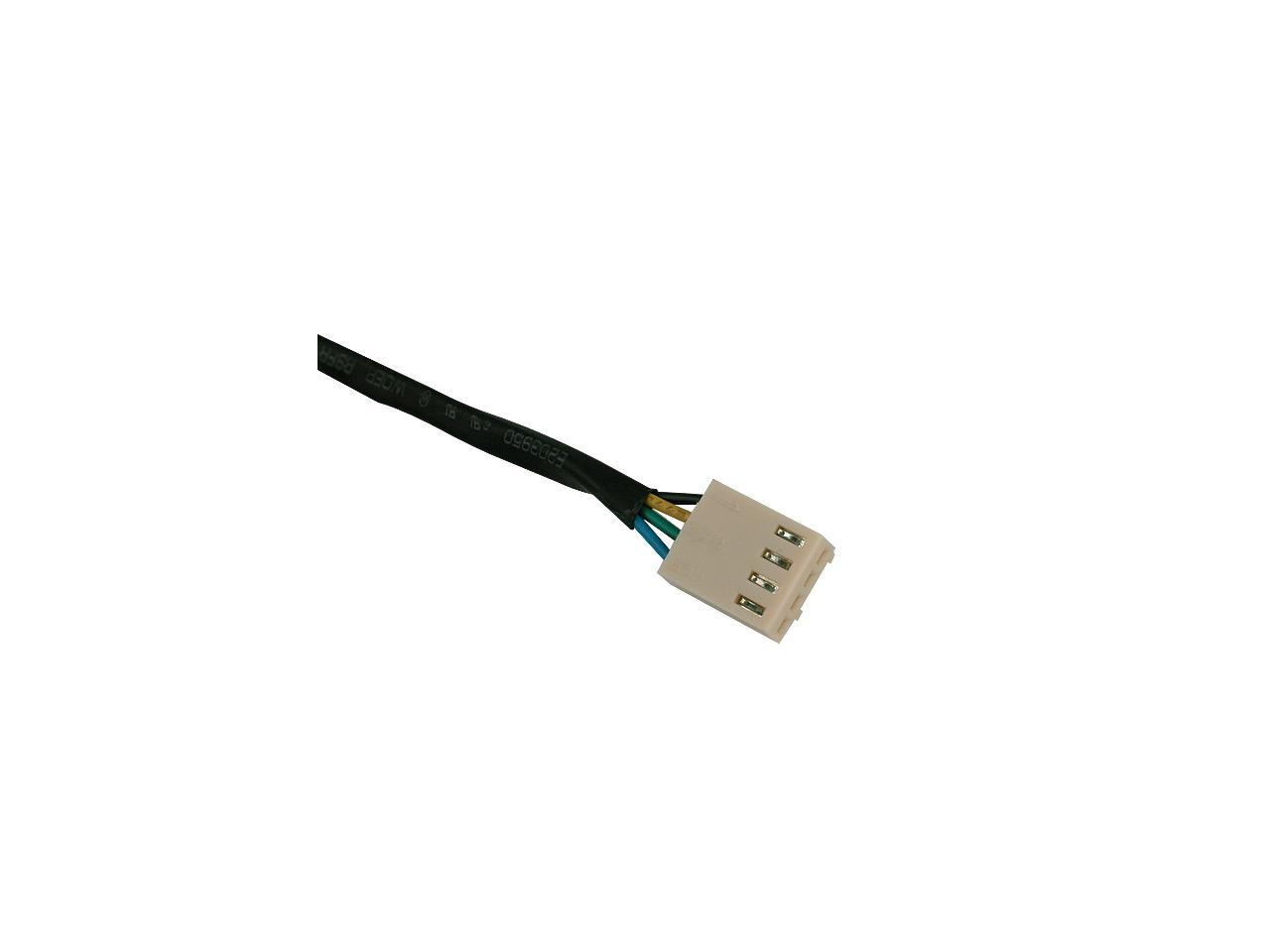 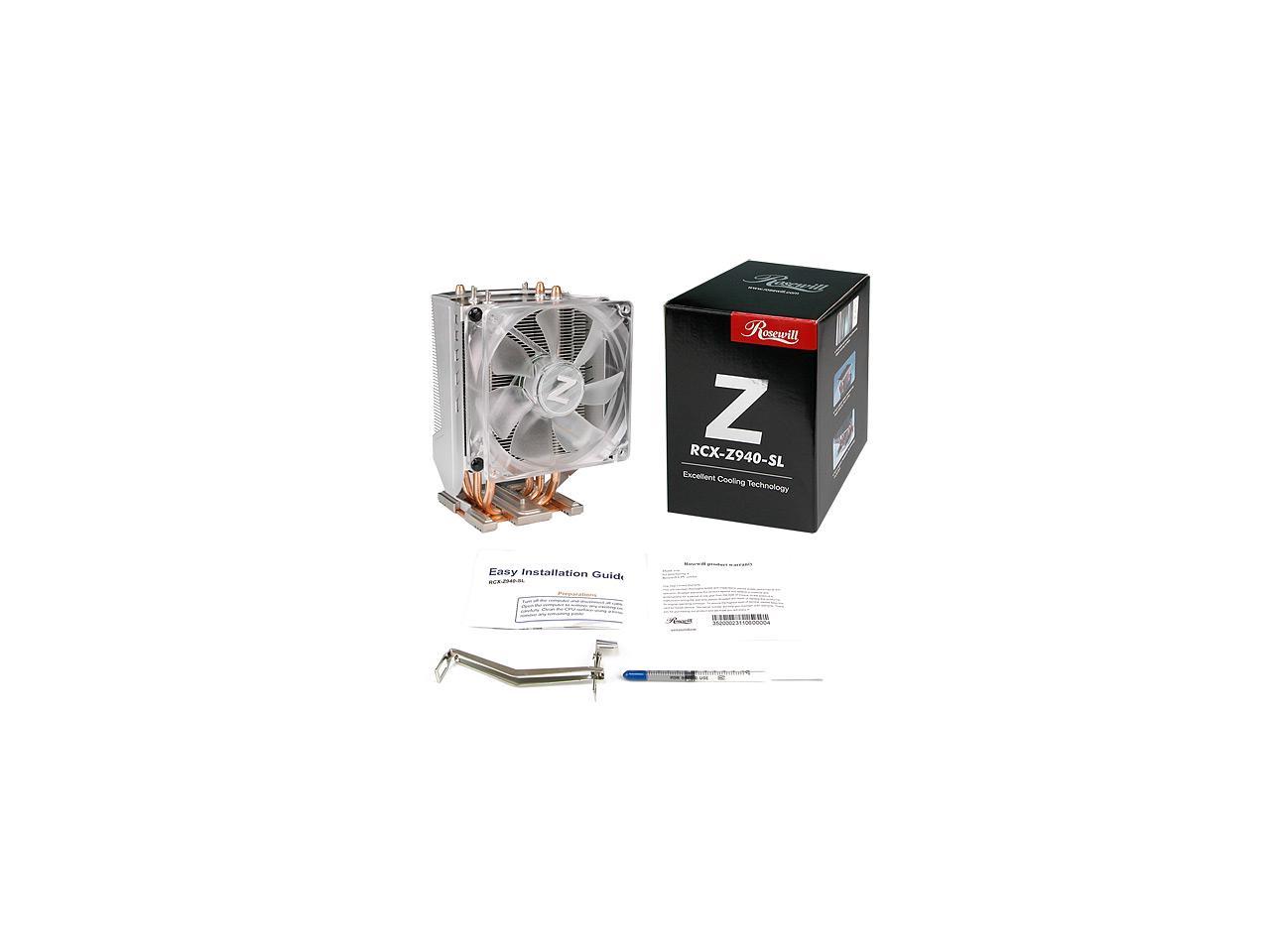 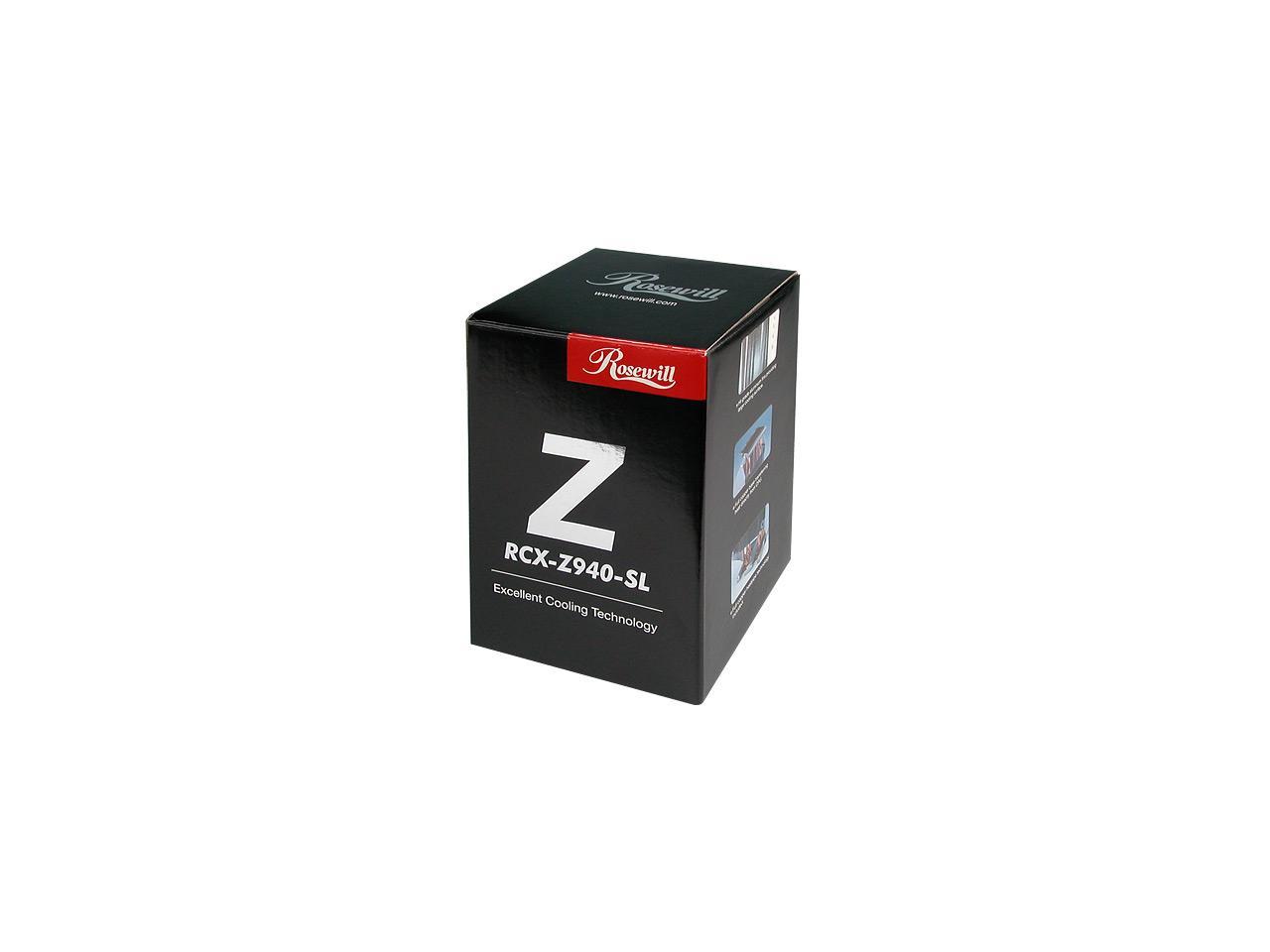 (183) Write a Review
OUT OF STOCK.
Overview
Specs
Reviews
"The best choice in value" is the Rosewill’s corporate mantra. Rosewill produces quality CPU coolers with best in class performance while keeping to an affordable price point. Designed specifically for AMD Socket 754, 939 and AM2 processors, the RCX-Z940-SL combines multiple features into a package that performs equally as well as higher-priced units but at a fraction of the price.
A vertical stack of large dimension aluminum convection fans are supported – and penetrated by – 3 copper heatpipes which rise out of the base. The base itself is copper to maximize thermal transference from the CPU's heat spreader. The pipes draw the heat up from the base for dispersion by the cooling fins which are cooled by the over 46 CFM of air moved by the 92mm long-life fan.
With an 80,000 hour service life, the fan will provide many years of reliable service. Its maximum speed of 2100 RPM only generates 27.45 dBA of noise and its PWM functionality lets the system's BIOS monitor the fan's speed as well as the thermal need of the CPU and adjust the fans speed lower during reduced computing cycles.

Learn more about the Rosewill RCX-Z940-SL

Pros: Excellent cooling, kept CPU below 50C during testing. Heat sink is so well built, I may remove the fan and build a duct to my case fan, for more quieting.

Cons: Loudest component of my built for silence system, until I turned its speed down to about 50%.

Pros: It had a simple install and seems pretty durable i have seen a 16 point decrease in temp. Was not expecting that. I plan on overclocking my chip, so this should give me the air flow that i need.

Cons: I would prefer it to fit a little snugger, but as long as the temp stays down i should be good.

Pros: Keeps my overclocked 7750 BE idling at 19 degrees! Currently running at 3.2Ghz. I could go higher but my motherboard has now become the limiting factor. This fan is quiet and very effective. Easily worth twice the price.

Cons: Flimsy mounting clip and no way to optimize fan direction. The mount twists and buckles when installing so you have to be careful. The fan can blow up or down but not to the rear which is probably the best direction in most cases.

Pros: This rascal cooled my dual core 10 degree celsius from what it was running with a good copper core heat sink.

Cons: Could be a tight fit in a small case.

Overall Review: I have an antec 1050 case so it was an easy install. The thermistor and the circuit for it that monitors the cpu temp is not something the astronauts would use, but it does give us a general idea of the cpu temp. And of course I bought this cooler from NewEgg and got a great deal.

Cons: Sorta Cheap, Alum Fins, (But what do expect for the price!) IF AT ALL POSSIBLE, Mount OUTSIDE THE CASE! Otherwise it is Very challenging!, due to the clip which is supplied. Not very happy with the clamping! Feels somewhat loose. A screw in mount would be much preferable!, such as the Typhoon. This is not mammoth, but is pretty large, and screw in clamping is simply the best way to go! for such a large Heatsink Fan Probably could get a few more Degrees of cooling, is had the screws.

Cons: Awkward install for AM2 sockets, but stick with it, as it is worth it once installed. May be too large for some systems, but plenty of room for mine (see below).

Pros: Provides good heat loss for the price. Seems to be built solid and of good quality materials. Fan is relatively quiet.

Cons: Design puts lots of stress on somewhat flimsy securing mechanism. In AMD chip mount it will only mount up or down. Seems to move around quite a bit do to design but after the initial burn in phase it became very stable.

Overall Review: This is a great budget cooling solution. I would definately buy this again. I bought this to replace a much more expensive (albeit older) thermaltake unit and I am happy with the results. This is a huge unit. Barely fits inside my atx mid range tower case.

Pros: Surprisingly good cooling. This thing is huge, but was able to fit into my $25 Rosewill ATX case. The pure copper base is large enough to fit over any chip, and probably future sockets with a little modification. This heatsink brought my temps down at least 20C from the stock Windsor heatsink I was using before. Idle at stock on my 125w TDP AMD 9850 BE is 32C, 54C load. This is with Arctic Silver 5, mind you.

Cons: This has got to be the most frustrating heatsink I have ever used, and that includes both stock and aftermarket. -The fan can only point up or down, not forward or backward. I have no clue why this is, because almost all cases have fans in the back now. I'm sure temps could come down more with a simple direction change. -The metal clamp which locks the heatsink onto the bracket is painful to grip and work with, not like the one used on the stock Windsor heatsink I used before. -With the gigantic heatsink and fan, it's almost impossible to see what you're doing. The clamp has to fit onto a ridge on the base of the heatsink, but you cannot see if it's on there without a mirror. -I had to remove my graphics card and all of my RAM to get my hands in there, as it required a lot of strength to mount on the bracket. The clamp didn't have any easy places for a tool to fit in..

Overall Review: Frankly, I am surprised that my motherboard and CPU are still working after all the trouble I had mounting this. With some simple design changes, this could probably work just as well as the 40+$ coolers you get from other brands. One piece of advice: make sure that the lever on the clamp is on the side OPPOSITE of the fan, when you mount the heatsink. Otherwise the lever gets stuck under the fan, and prevents mounting. My 9850 BE had an easy overclock from 2.5 to 3.2ghz, and is at load at 58C now. For the money, this is a great fan. It would be even better if it faced the right direction, though.