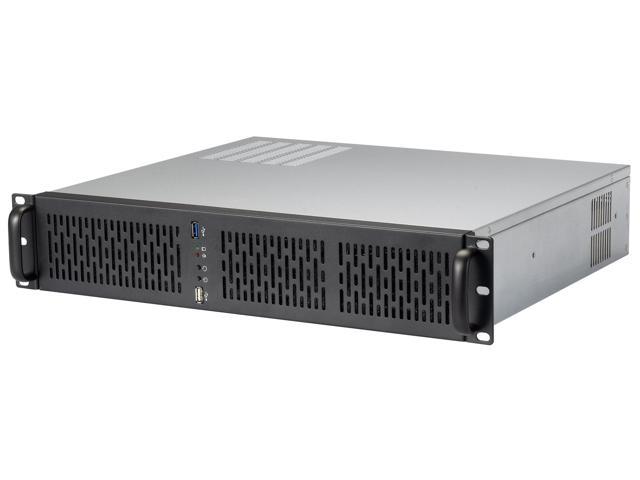 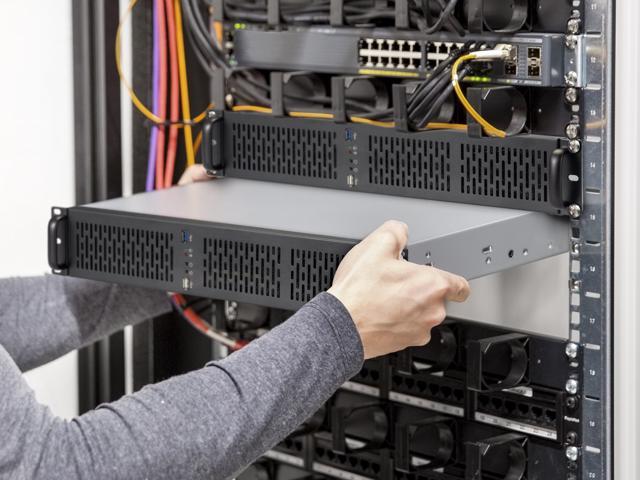 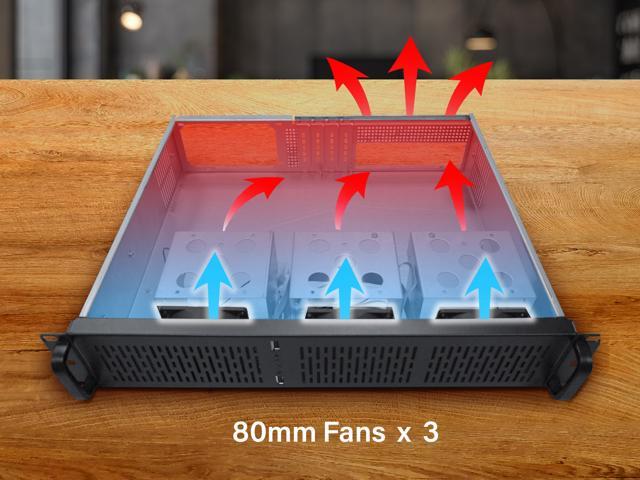 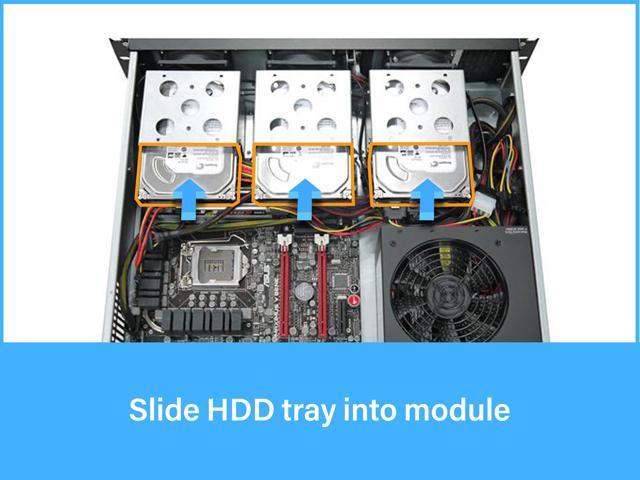 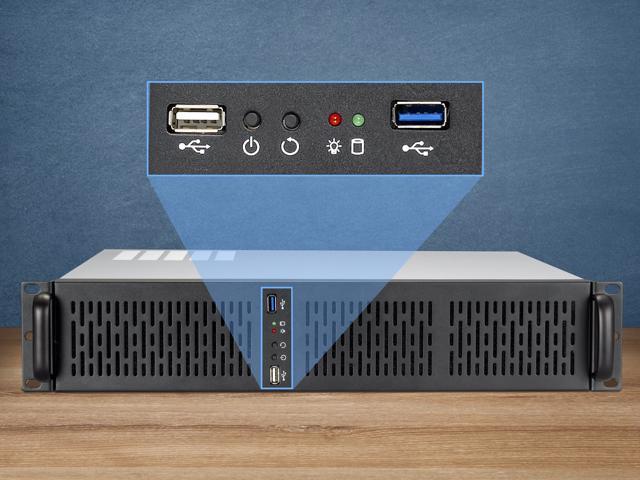 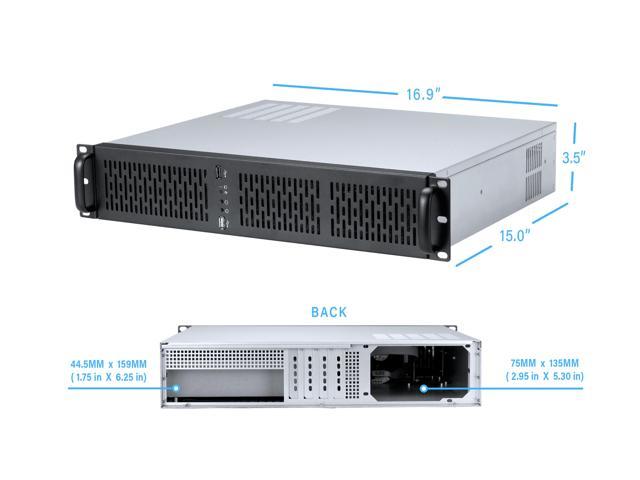 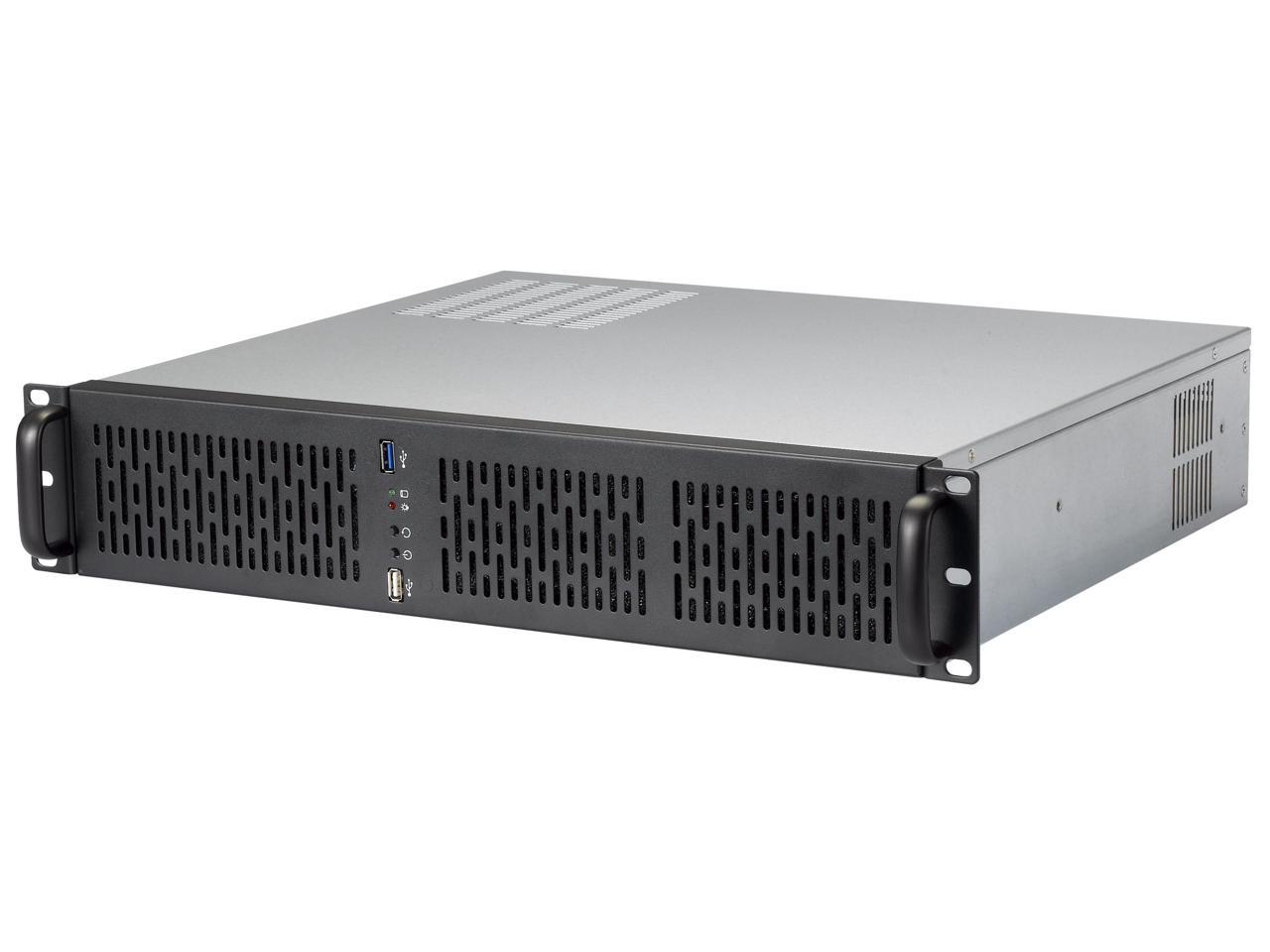 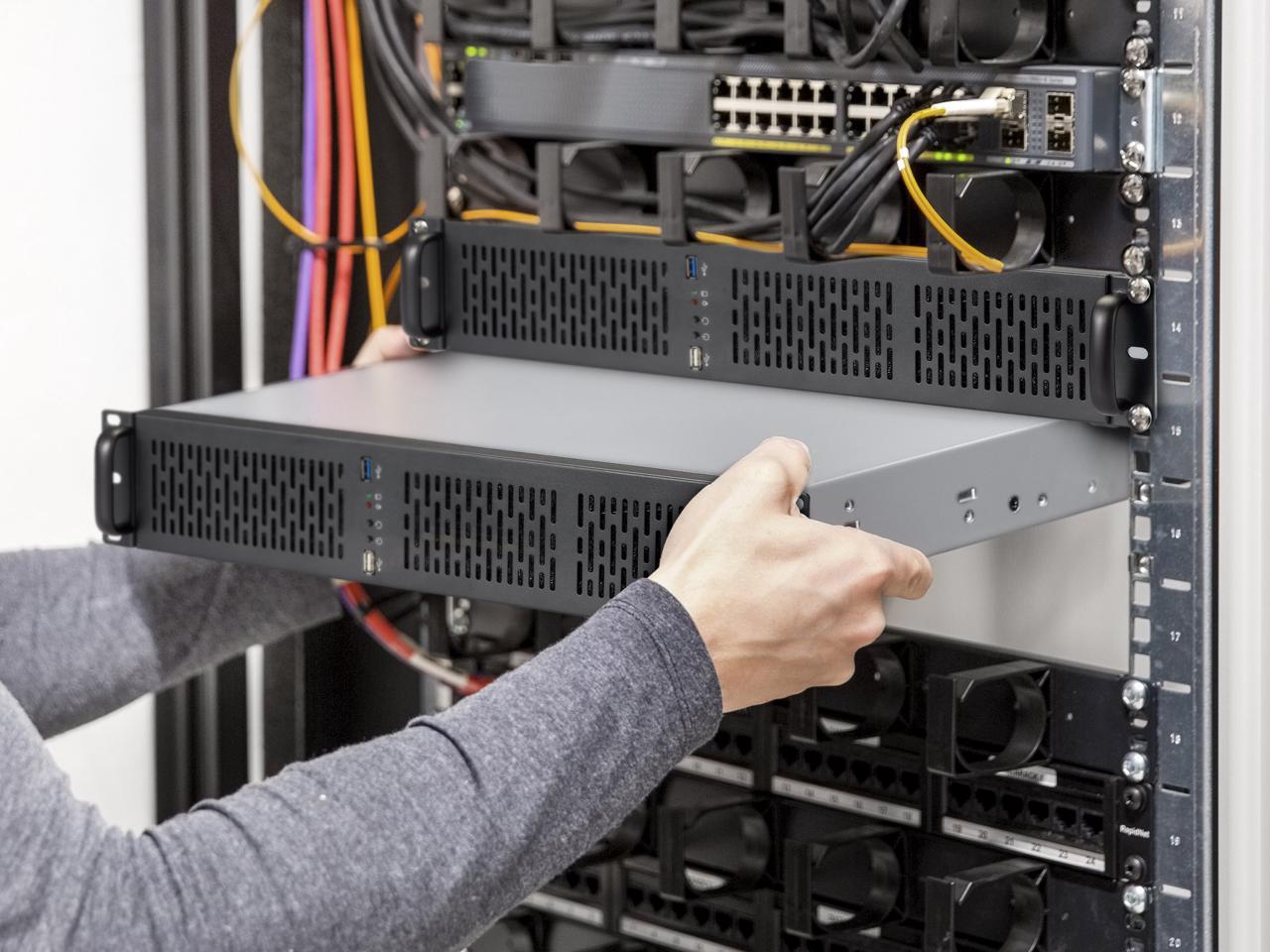 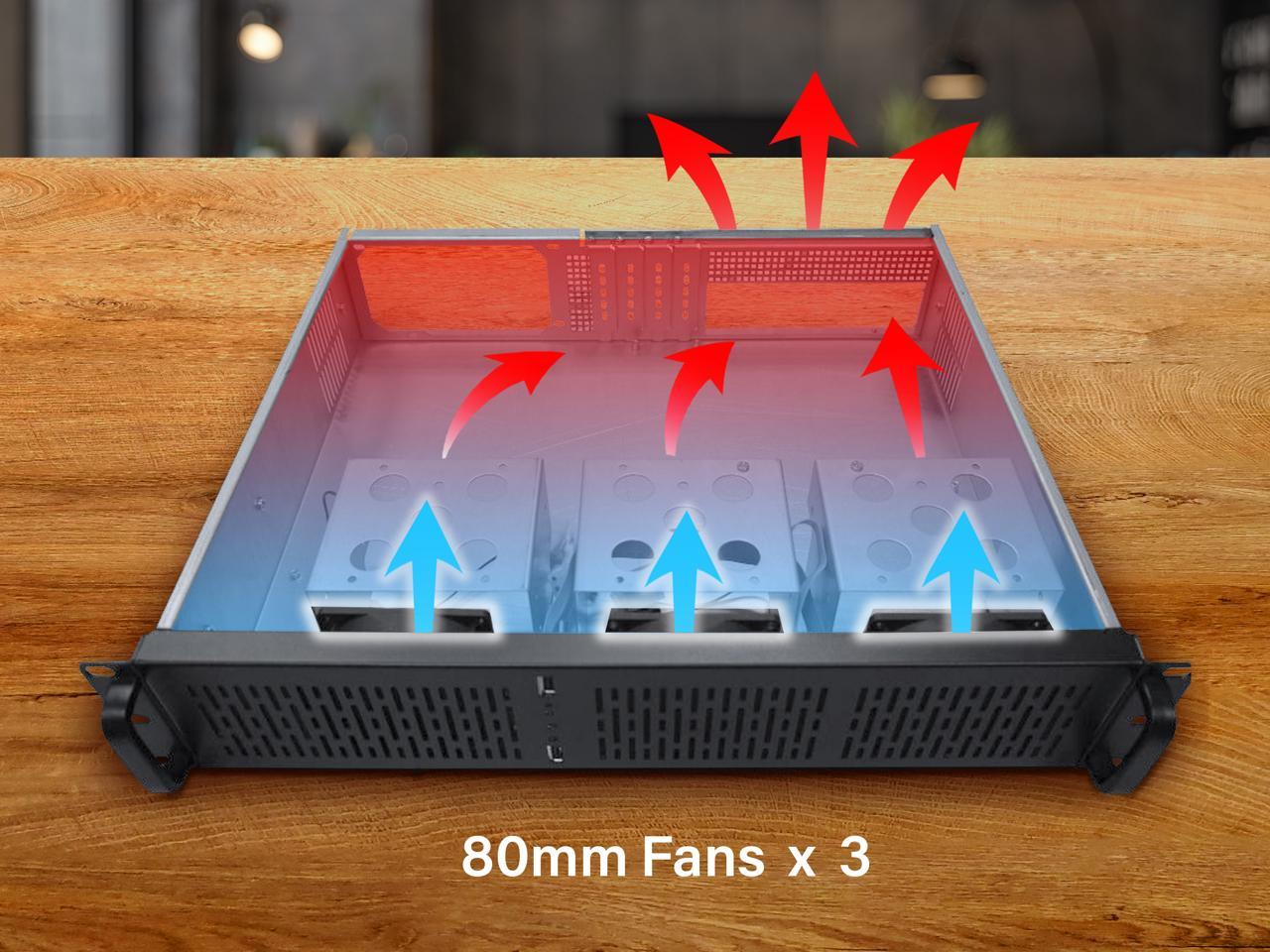 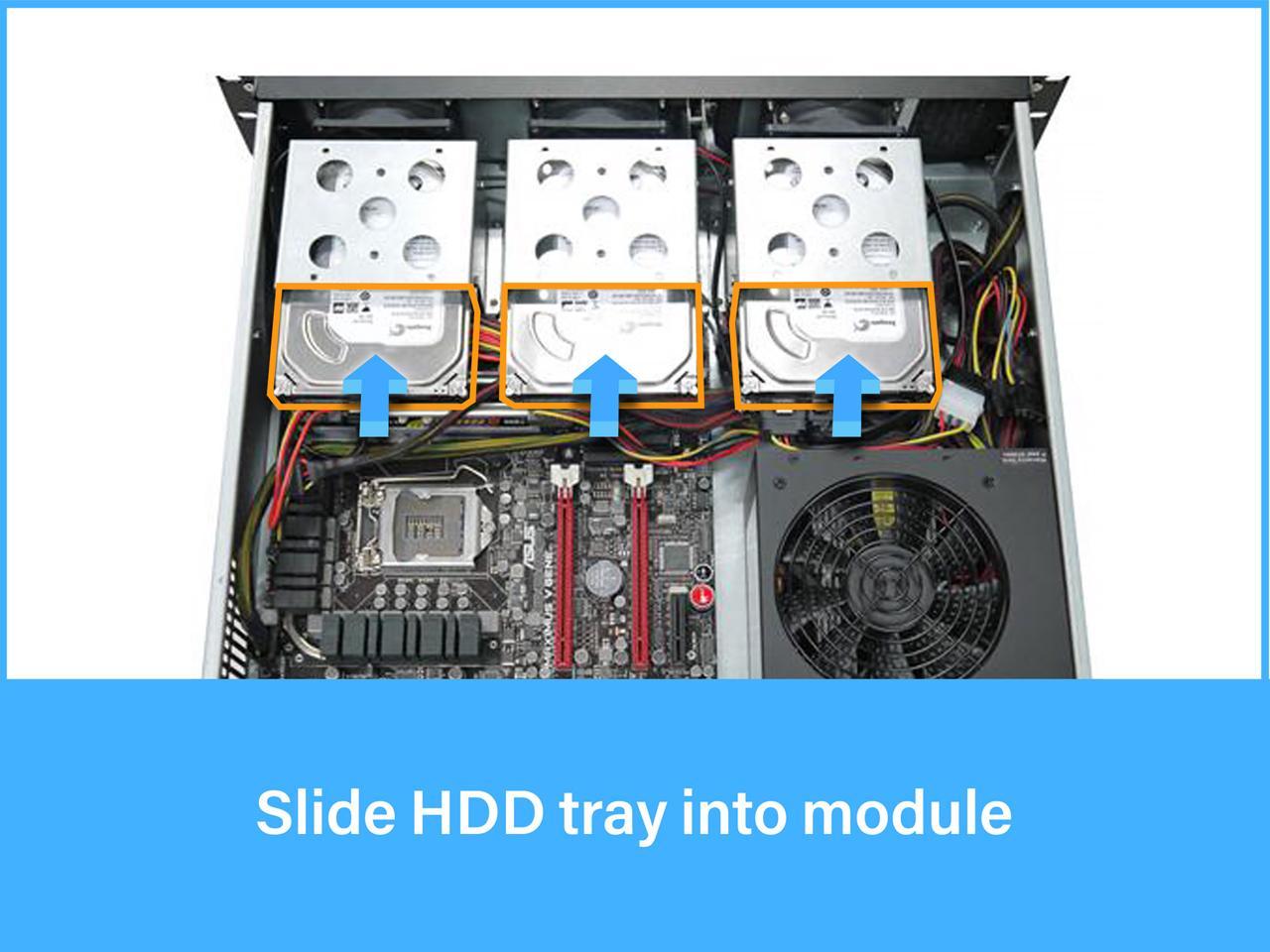 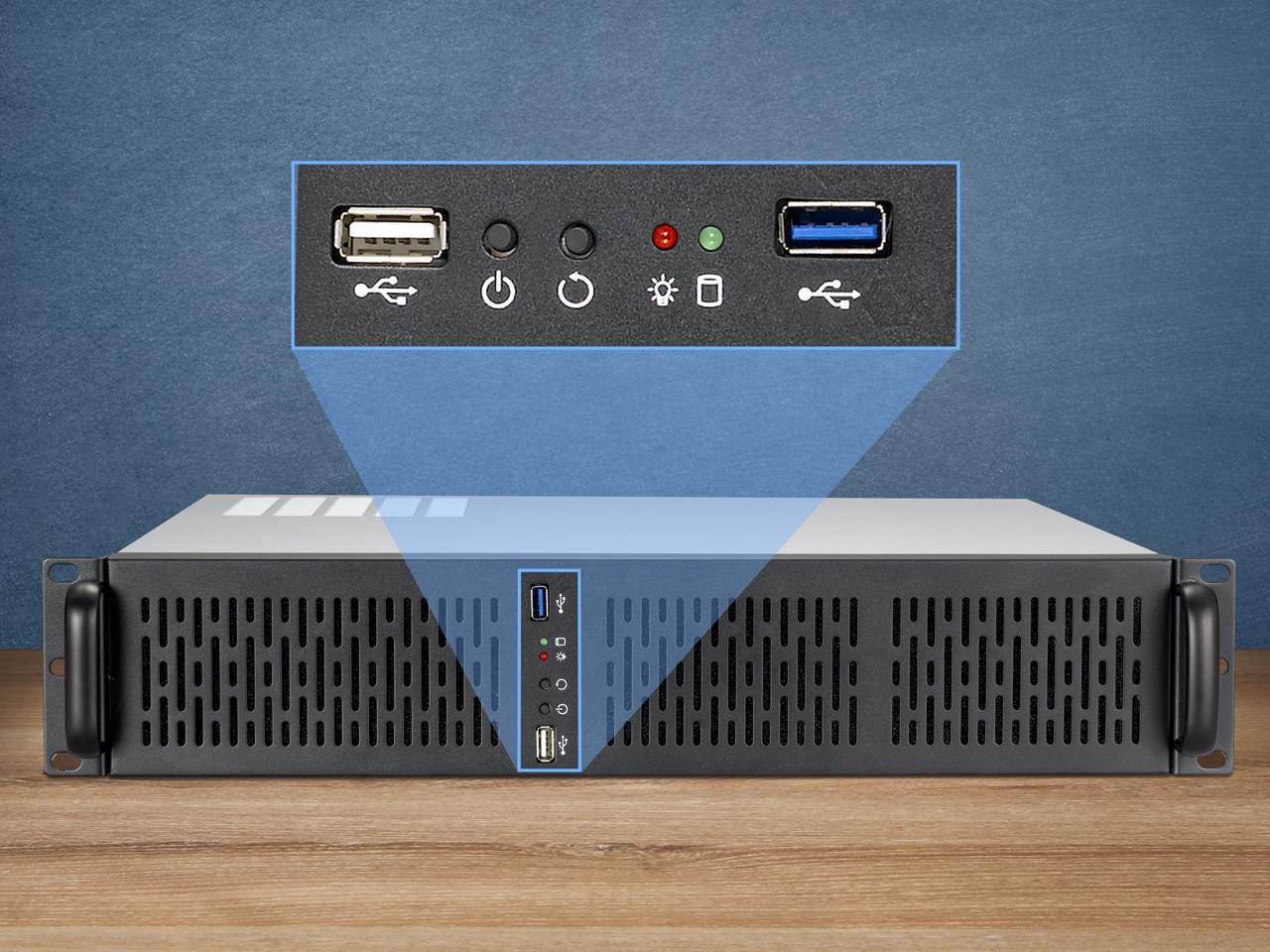 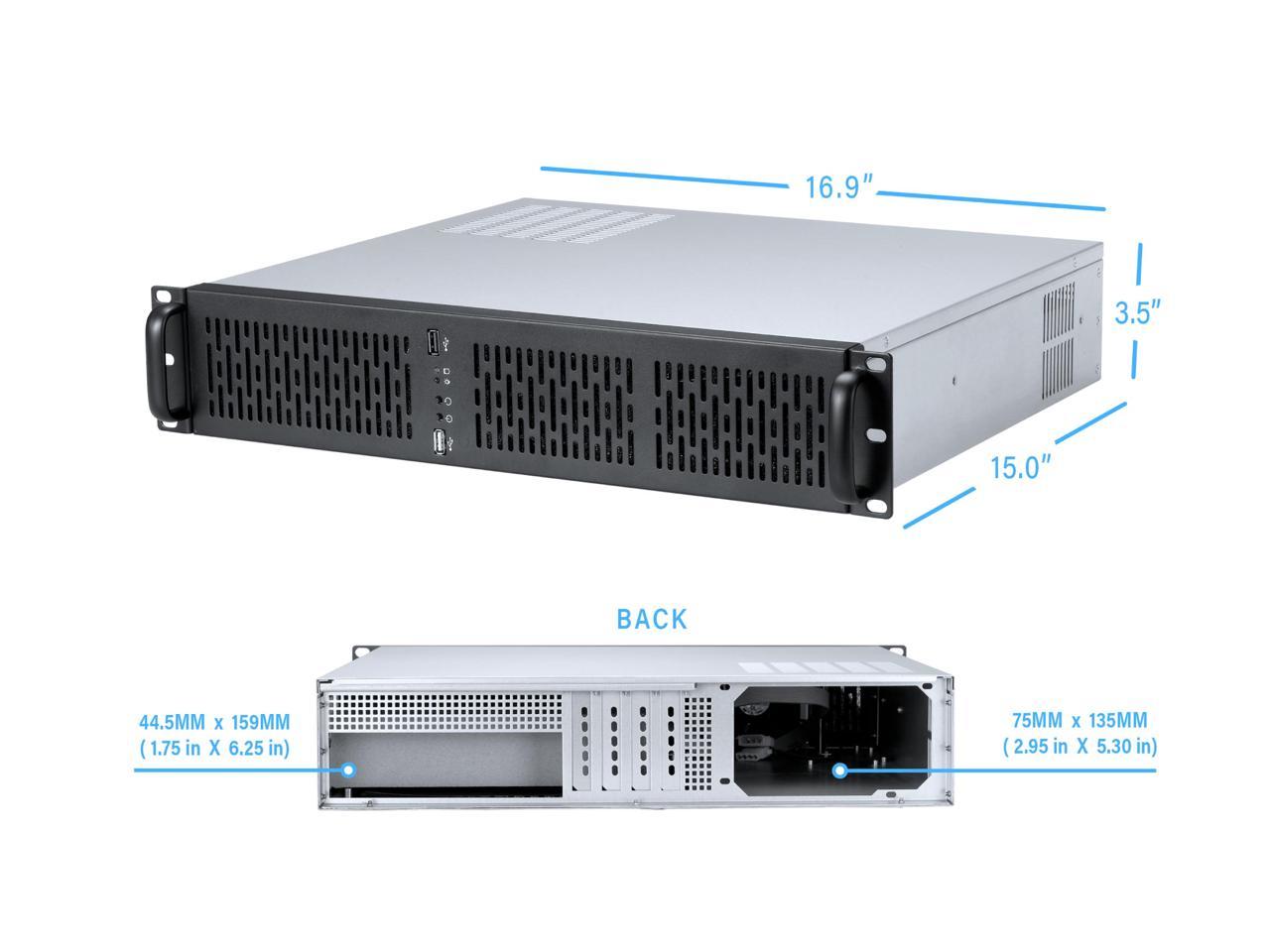 Rosewill's line of server components help you build or improve your own dedicated server.

The 2U rackmount server case is designed to allow you to install up to (4) 3.5" HDDs.

The spacious design allows you to install up to (4) 3.5" HDDs, Micro-ATX motherboard, (3) pre-installed cooling fans, and a PS2 power supply.

Expand your server case's functionality by installing up to 4 PCI expansion cards.

Rosewill Inc. was established in 2004, as a go-to resource for PC components and accessories. Over time, it has expanded its product line to include consumer electronics, home appliances, and more. For nearly two decades, Rosewill has remained dedicated to providing its customers with high-quality, reliable products to help accomplish everyday tasks.

Learn more about the Rosewill RSV-Z2600U

Pros: - Best layout I've used in a shallow 2U chassis; not perfect, but as good as you'll find available - Pretty nice finish for the price - Full ATX PSU support, and it even has ventillation for modern units unlike literally every other case out there - Thick steel used in structural components - Better airflow than expected

Cons: - Consider moving the power supply to the same side of the case as most mATX 24-pin power connectors - It IS a small case; don't expect to pack a lot of hardware in here comfortably - Included fans are garbage - buy yourself two decent 80mm PWM fans while you're at it

Overall Review: About as good as a small 2U chassis can get. It's quite shallow; keep your expectations in check. Am running a system with two SSDs in a 5.25" hotswap bay (bulk storage remote); this is about the perfect setup, as you can take out the three removable HDD cages across the front of the cage and zip-tie the main ATX 24-pin + CPU power cables to the tray across the front of the case. The only other cables in the system can just stay behind the PSU. It's absolutely perfect. If you plan on running any number of 3.5" drives greater than one in this case (in the slot above the 5.25" bay), be prepared to really be packing cables in there. I don't know how one would go about filling all four 3.5" bays and have it actually be usable.

Cons: - Front ports are USB 2.0. I'd like 3.0 - Changing out drives is tedious. - You'll want low profile memory on your motherboard - No extra screws included - Included fans are just okay. I replaced them with some Noctuas and now this box runs very very quiet.

Overall Review: If you need to build a 2U server that you don't plan upgrading very often, this is a solid choice. Especially at the price point. I've seen some complaints that this is a terrible case to work with and I have to disagree. It has a simple layout, and as long as you can use a long shank philips screwdriver you'll have no problems. I like the fact that there aren't a lot of wonky crazy-shaped brackets or mounts inside. The lack of 3.0 USB ports on the front is about the only thing I'd really knock this case on. That would have been a major convenience.

5 out of 5 people found this review helpful. Did you?
Anonymous
Ownership: 1 week to 1 month
Verified Owner
A little tricky to seat everything, but overall fantastic!10/27/2020 7:25:31 AM

Pros: This is a great little case that takes up much less room than the tower it replaced. Plenty of room for hard drives and a DVD drive; substantially more than the tower. Airflow and cooling are also significant upgrades, and the included fans don’t add much noise overall.

Cons: Think through your order of operations when assembling everything. I had to remove things I had already installed because I was going too fast. Also, this is a tight case, so dry fit everything before committing. Finally, since my PC is off-the-shelf, the PSU orientation meant that I had to get some extension cables to reach. Mileage may vary on that one, based on PSU and motherboard.

Overall Review: Definitely highly recommend this case for smaller builds and those that need to fit in smaller locations. Overall a great little case that I will likely be purchasing again in the future!

Pros: Needed a 2U case for an 8 core AMD FX based NVR server for 4 IP cameras. Worked well for what I needed, I had planned to cut a hole directly above the CPU fan and use a custom duct to bring in fresh air. I did this and temps are low, otherwise temps skyrocketed. This worked in my rack as this is the top server. Fan filter in the front of the case gets dusty quickly. I vacuum it off from the outside of the case on a monthly basis. I'm glad the filter stops so much dust.

Cons: None, perfect for my needs. Would buy another.

Overall Review: Using an SSD for the OS to keep case temps down and 4 TB drive for video camera feed storage. MATX motherboard and 450w full sized ATX power supply. I wouldn't want to put much more in this case. Vent in top of case for PSU works great (again this is the top server in my rack). Ended up removing extra hard drive bay parts to allow better air flow.

Pros: -Great for price compared to others -Good quality if you don't mind paint chipping -Top Vent for PSU

Pros: Quality product for the price range. Lets you avoid PCIe risers and use four PCIe slots, assuming your Micro ATX motherboard has four slots. While the case wasn't made from high end polished steel, it still felt solid to me and never bent or flexed.

Cons: Because it is a 2U case and doesn't use a riser, you can only use low profile cards. The power supply is in the opposite end of the case from where the power connectors on the motherboard will be. This causes the power cables to run the full width of the motherboard, possibly causing problems with PCIe cards or the CPU fan. The case fans have MOLEX connectors, so you can't plug them into a motherboard and have them monitored/controlled by the motherboard. The case could probably be an inch or two deeper. As is, I had to replace the CPU fan/heatsink with a 1U fan/heatsink in order to be able to use the two drive bays closest to the chassis fans.

Overall Review: This is actually a good case, I'm just not sure why they put the power supply on the side they did. Also be aware that this case takes a standard ATX power supply, not the more common sizes for rack mount servers. If you do swap out the fans for PMW fans, don't take apart the front panel, you coud lose the power and reset button caps, as they're not actually attached to the buttons. The fan tray can be removed by removing two screws from the bottom of the case and pulling the drive bays and mounting brackets out.

Pros: Considering the form factor, this case is great. Sure, it's hard to assemble if you fill every part of it with stuff... but what did you expect? It's only 2U and not super deep. It's a simple case, and doesn't pretend to be anything else. Price is right for what it is.

Cons: It's worth mentioning that out of the 4 of these I've purchased so far, I got one for which the front USB ports are shorted and kill USB devices you plug into it. I lost two flash drives before realizing this was the problem. The first flash drive wasn't being recognized. Seems the short killed it immediately. I decided to make a second install image flash drive to see if the problem was the first one's setup. The second flash drive didn't die immediately, but died about 20 seconds into the machine being turned on. It was dead midway through loading the OS install image. This one had a metal sheath on the body of it. It heated up to the point of scalding my hand when I tried to remove it. No, I'm not a wimp or something. It was legitimately so hot that I unplugged it and immediately dropped it. It was really dang hot.

Overall Review: Could be worse I guess. Flash drives are cheap. But hard to give a better rating after something like that.

Cons: Removing the hdd mounts is such a pain because of the screw placement. To make matters worse, the circumference of the hole above the screws doesn't allow you to use a multi bit screw driver since apparently it was designed to be 0.5mm to small for normal tools. You need a classic screwdriver with exactly the right head size, or else you cannot access the screw or will strip it. Drill extensions and multibit extensions are too wide.

Overall Review: Make sure you have a classic screwdriver with the precise head size or else you'll need a drill to make larger holes to remove the HDD cages for install.

3 out of 4 people found this review helpful. Did you?
Manufacturer Response:
Dear Valued Customer, We greatly appreciate your purchase and strive to provide the best quality and service to you. Rest assured that your feedback about the case design will receive the attention it deserves. We will continue improving our products in future. Thank you. In case you need any other assistance or have any other questions, please contact us and the contact information is below: Phone: 1- 800-575-9885 Email: rma@rosewill.com Email2: techsupport@rosewill.com Thanks, Rosewill Customer Care