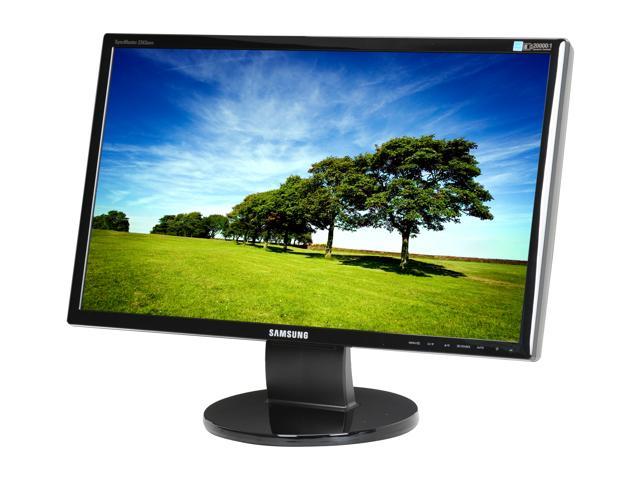 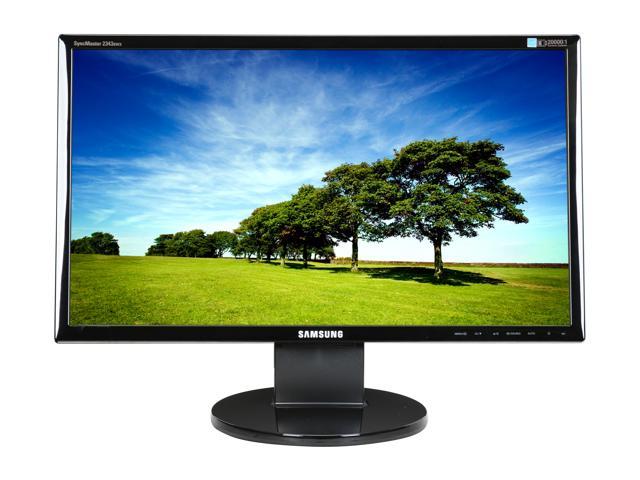 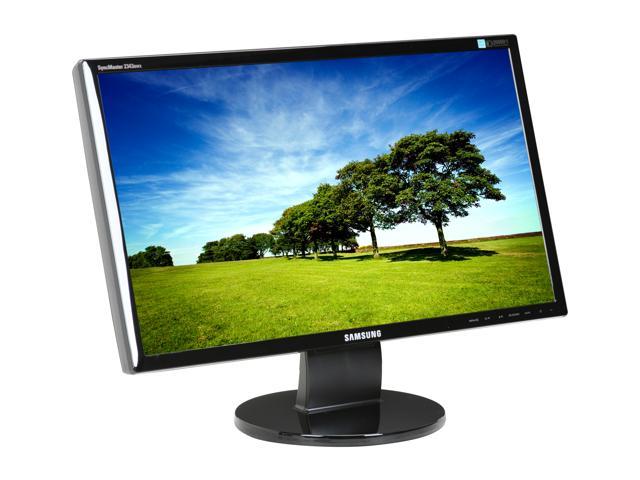 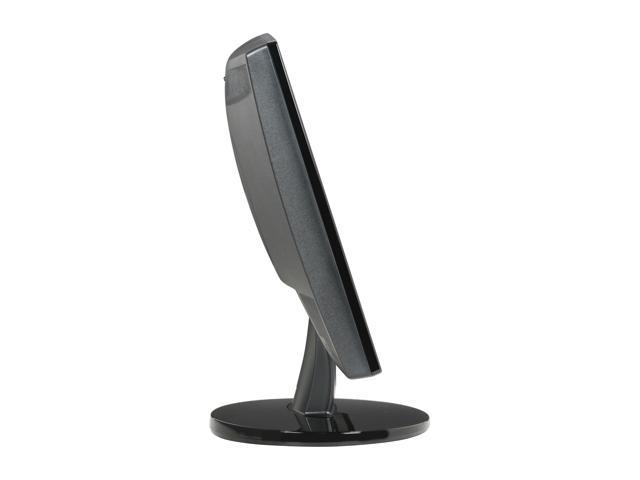 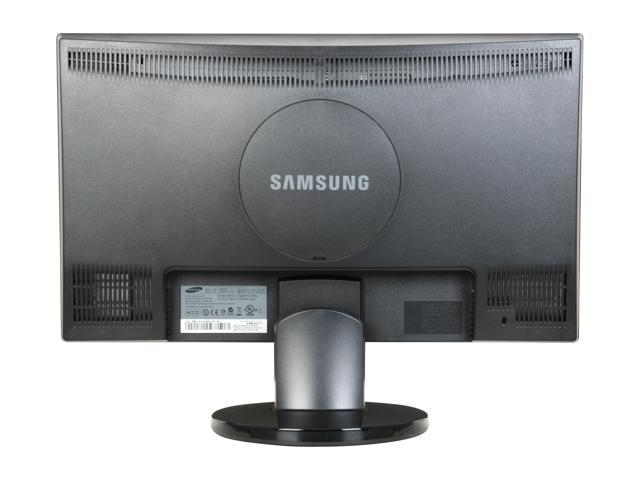 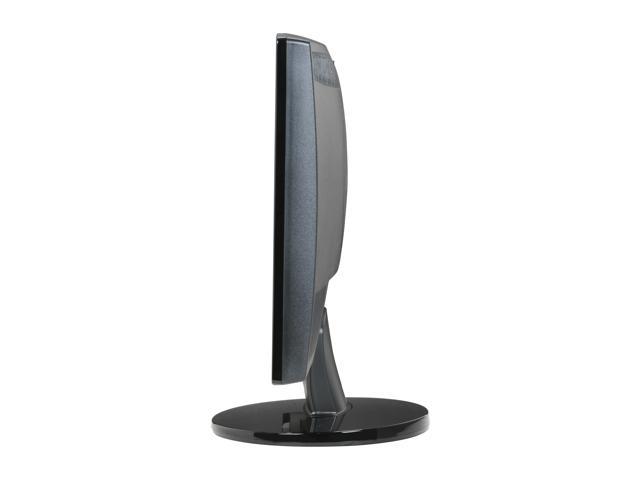 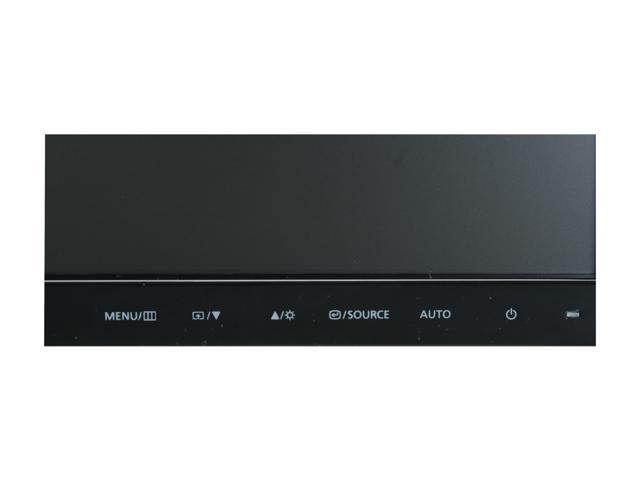 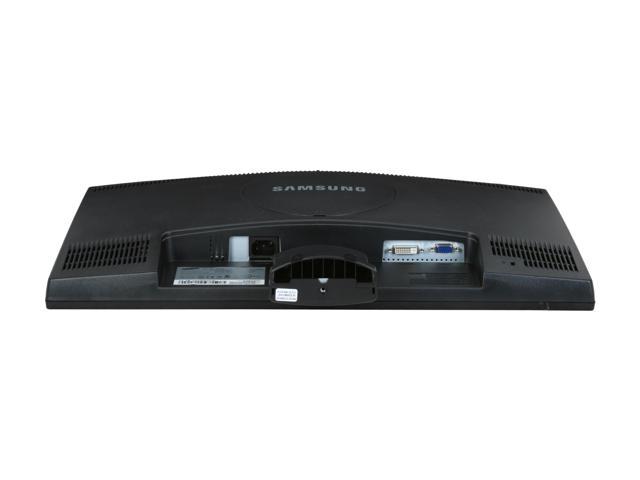 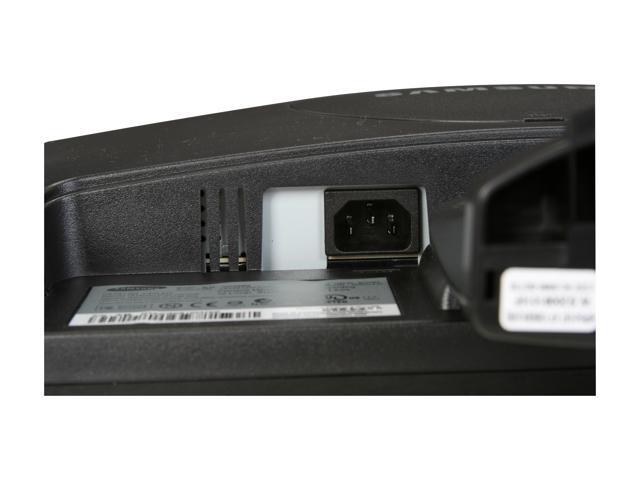 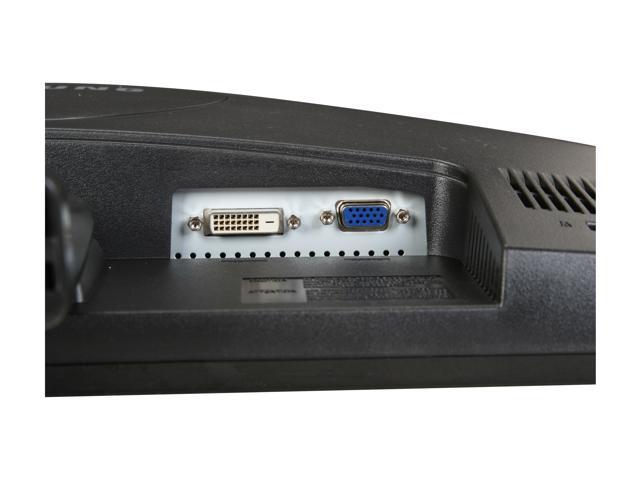 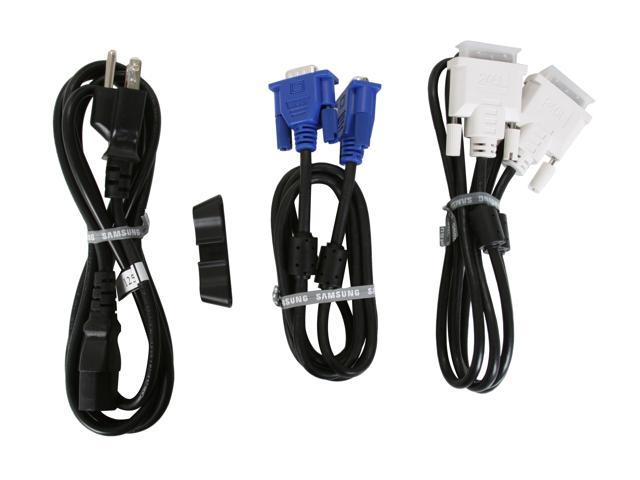 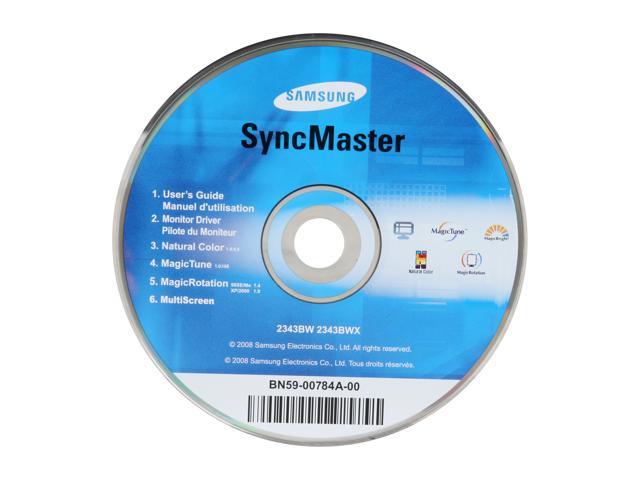 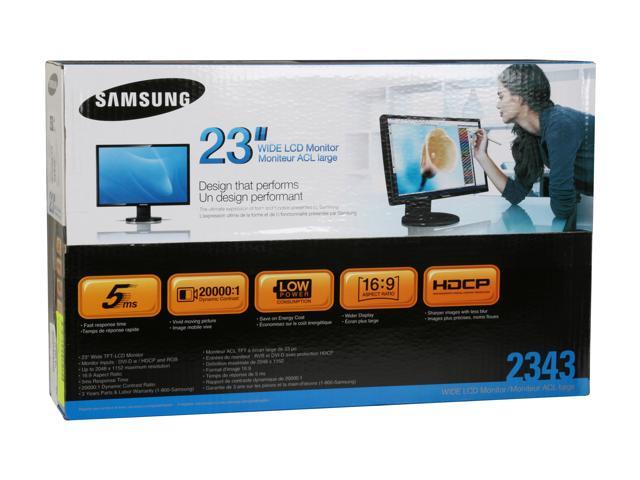 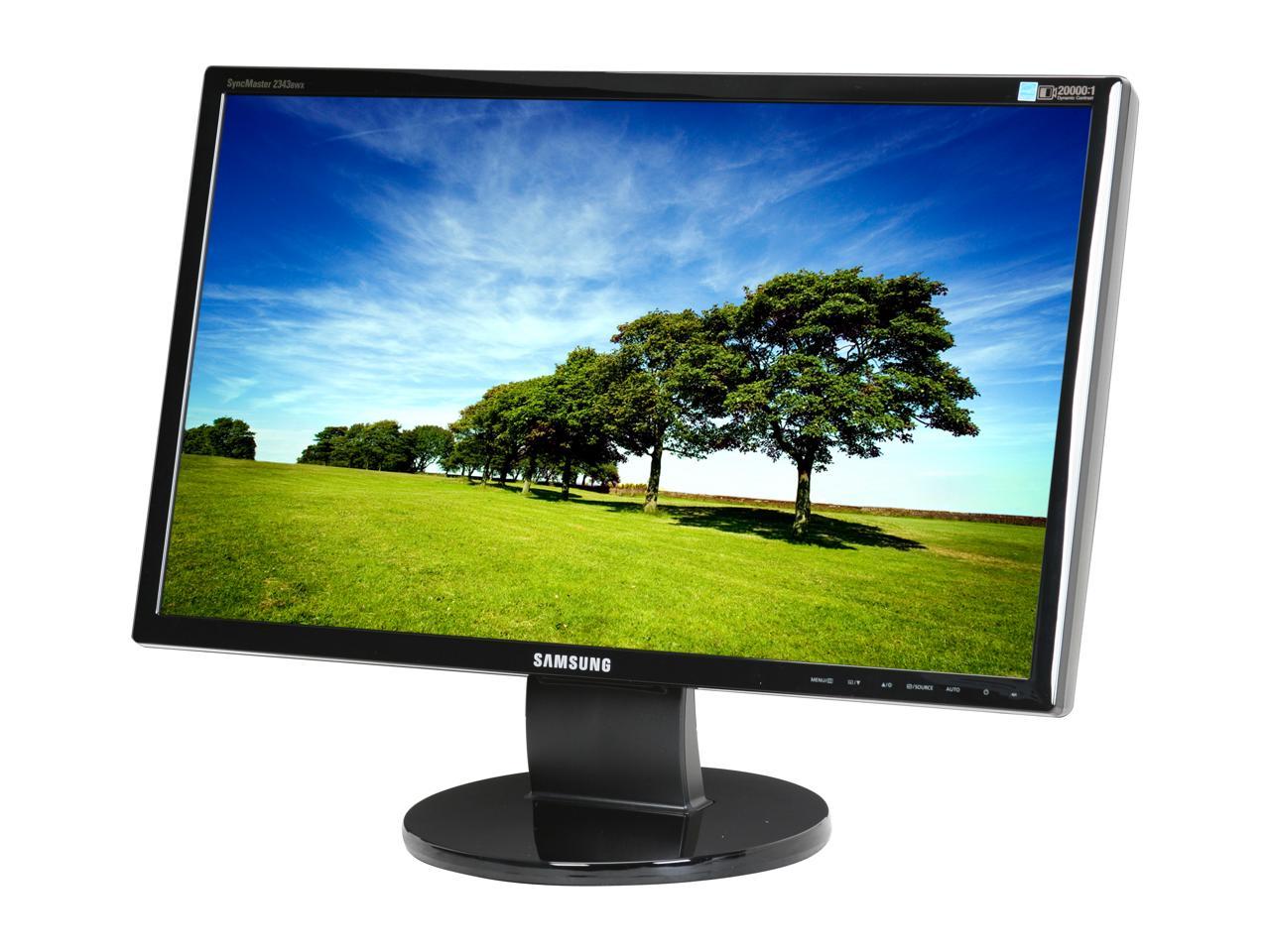 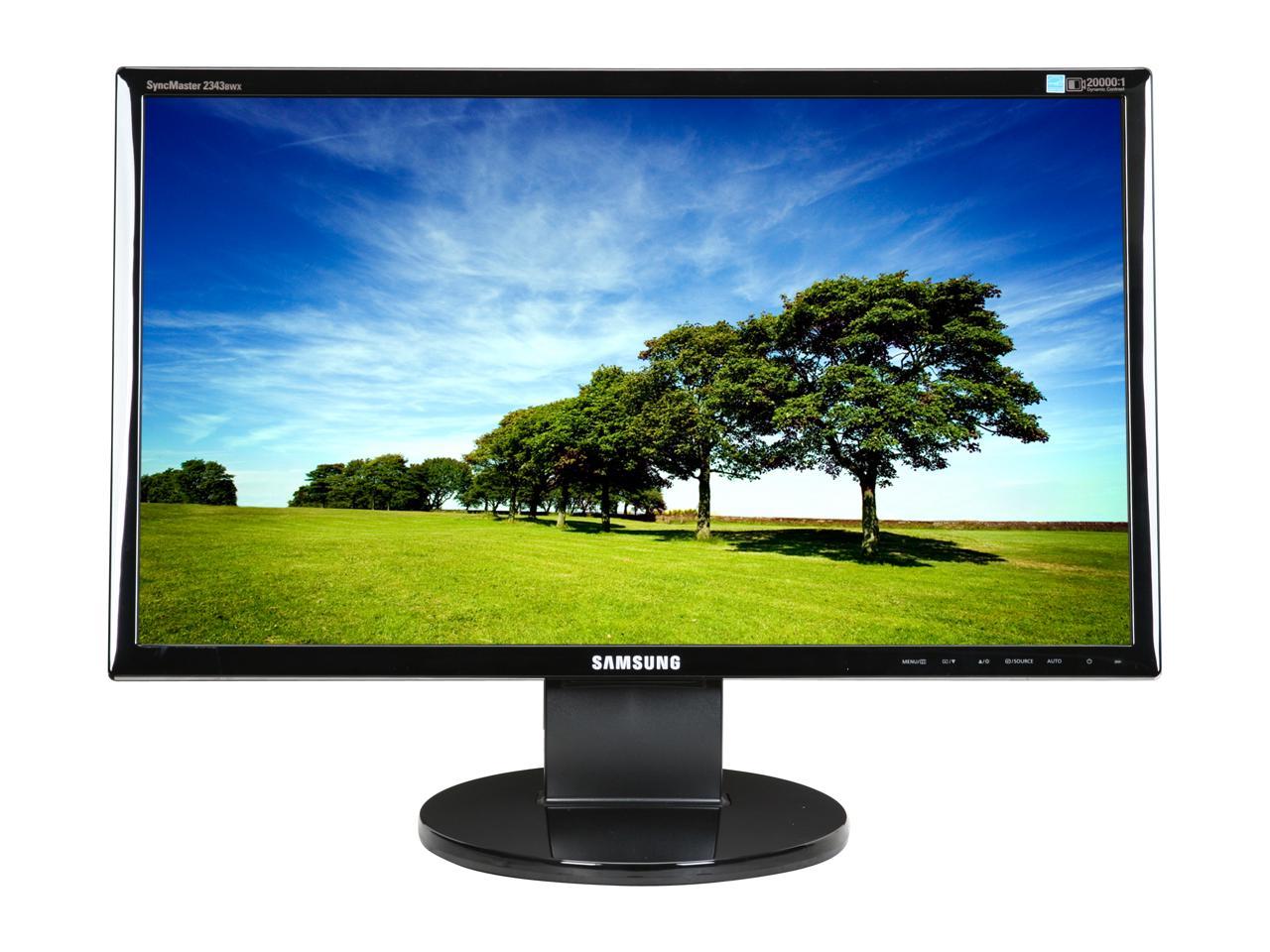 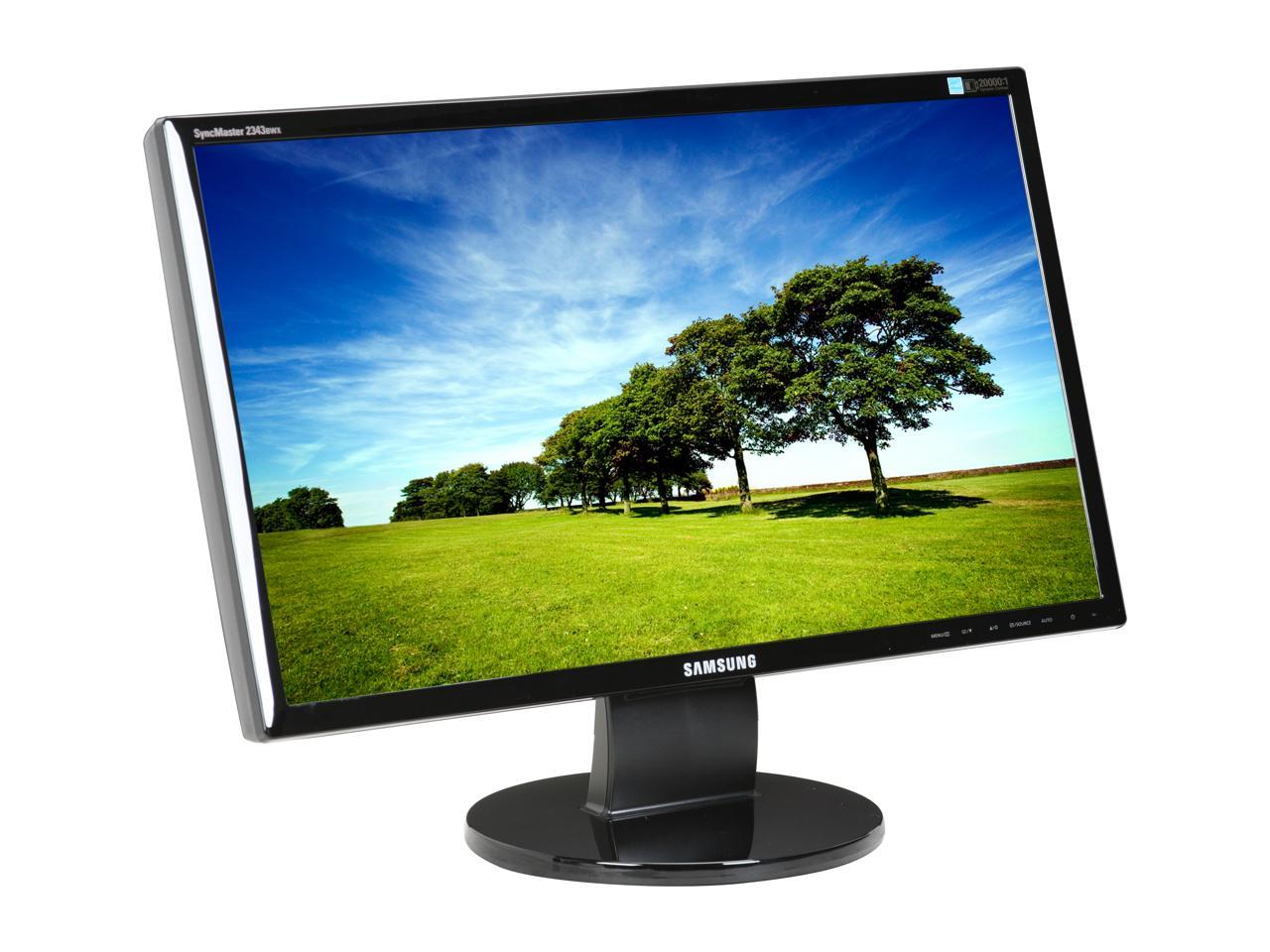 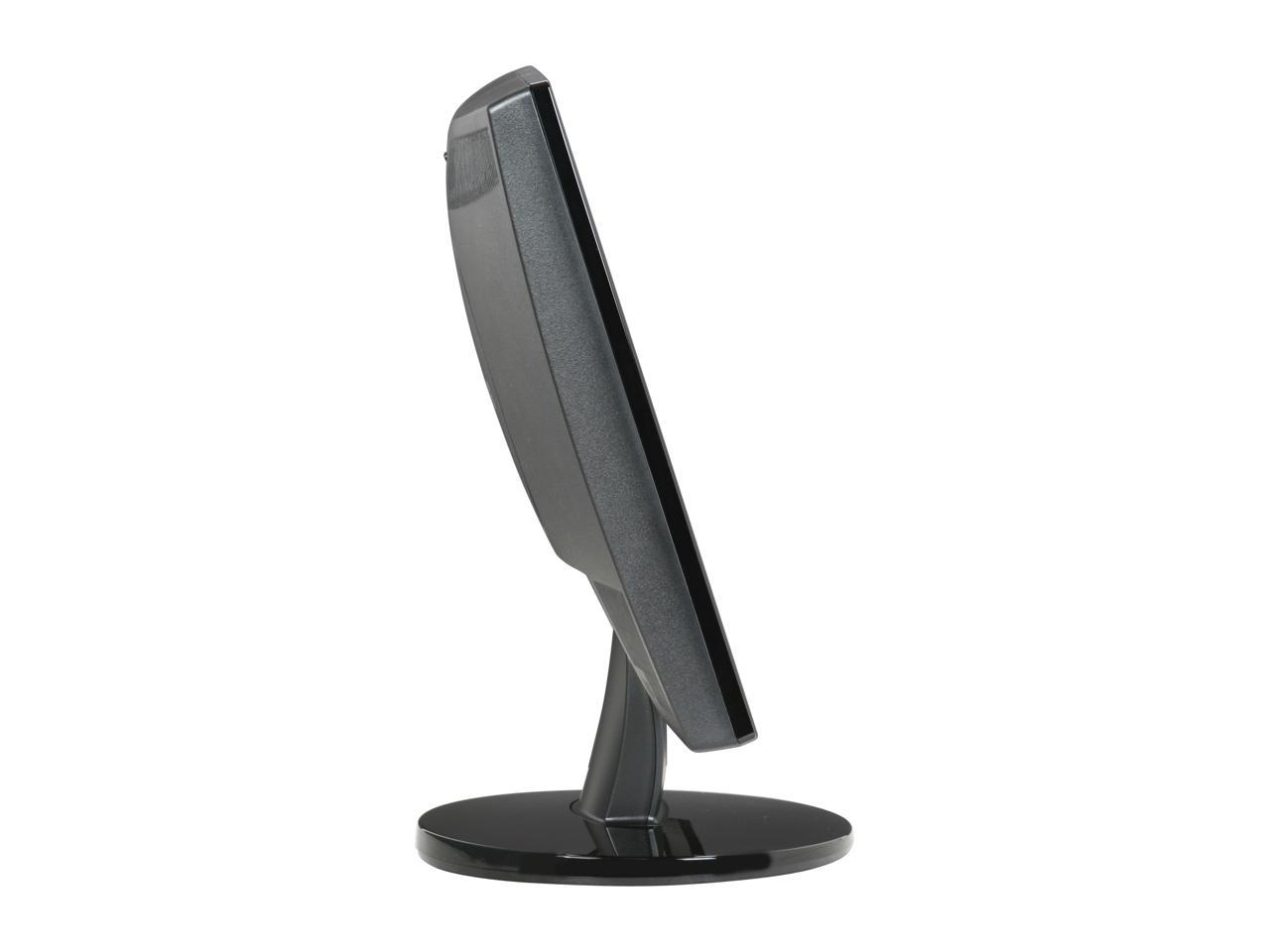 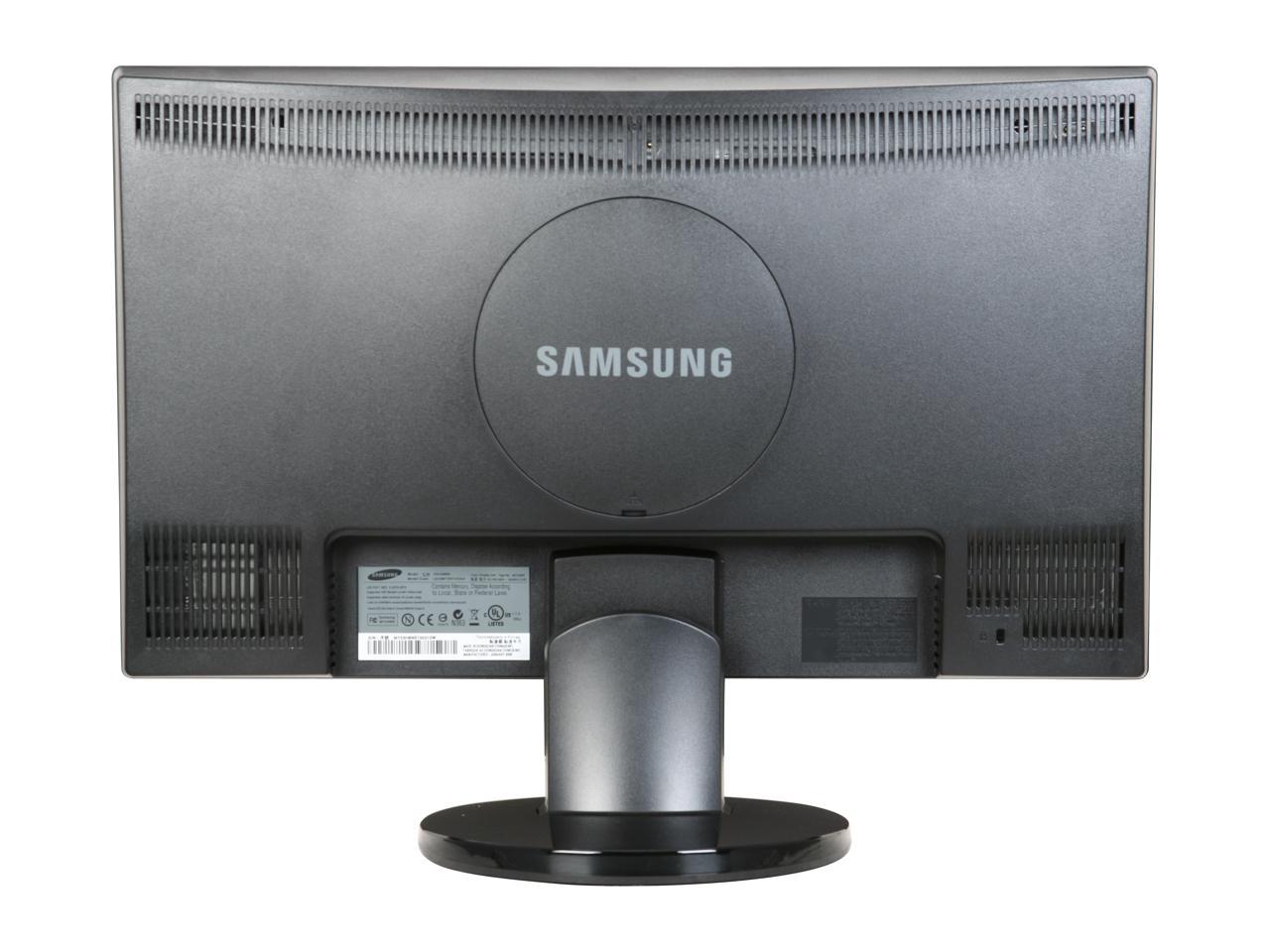 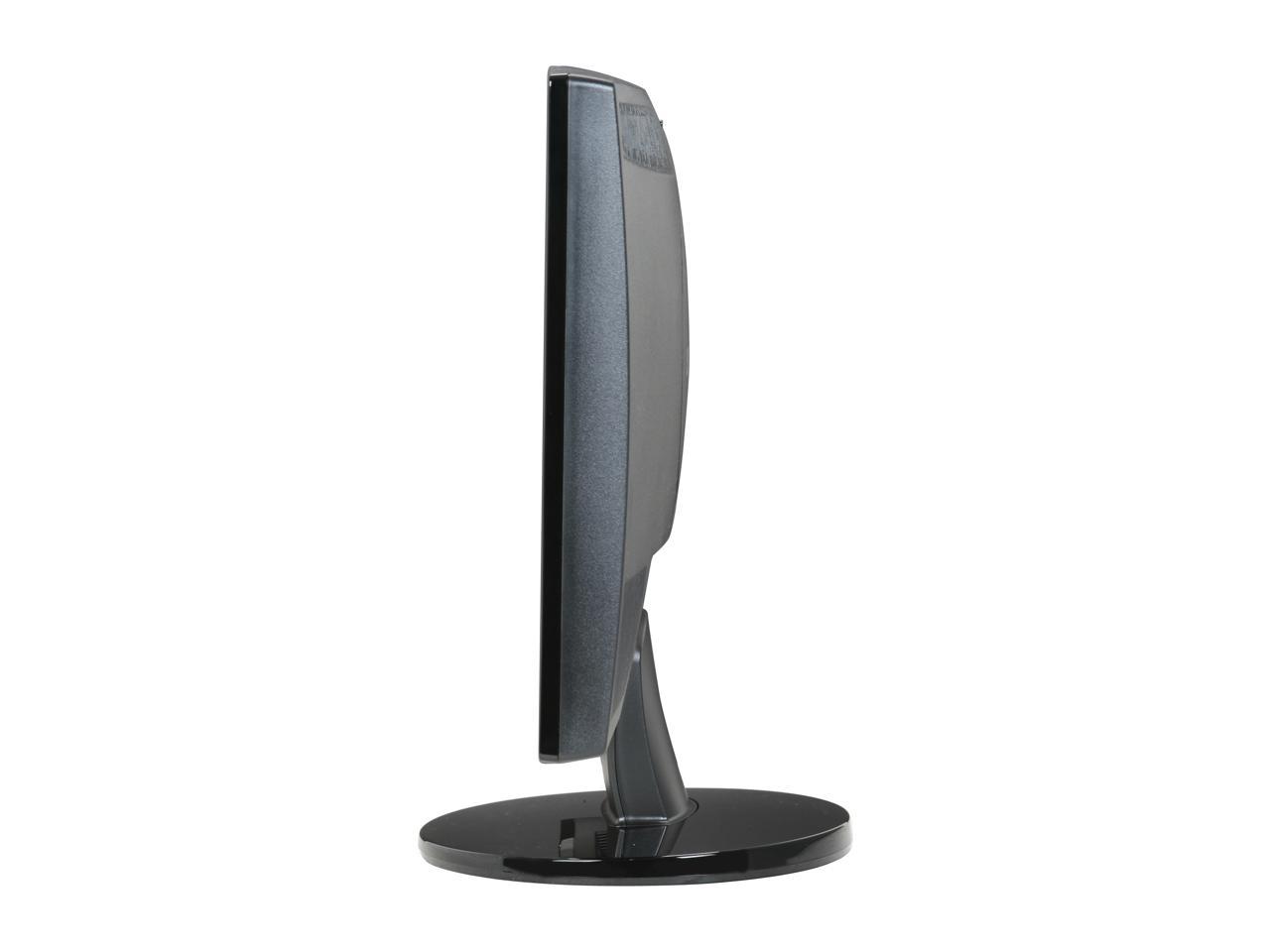 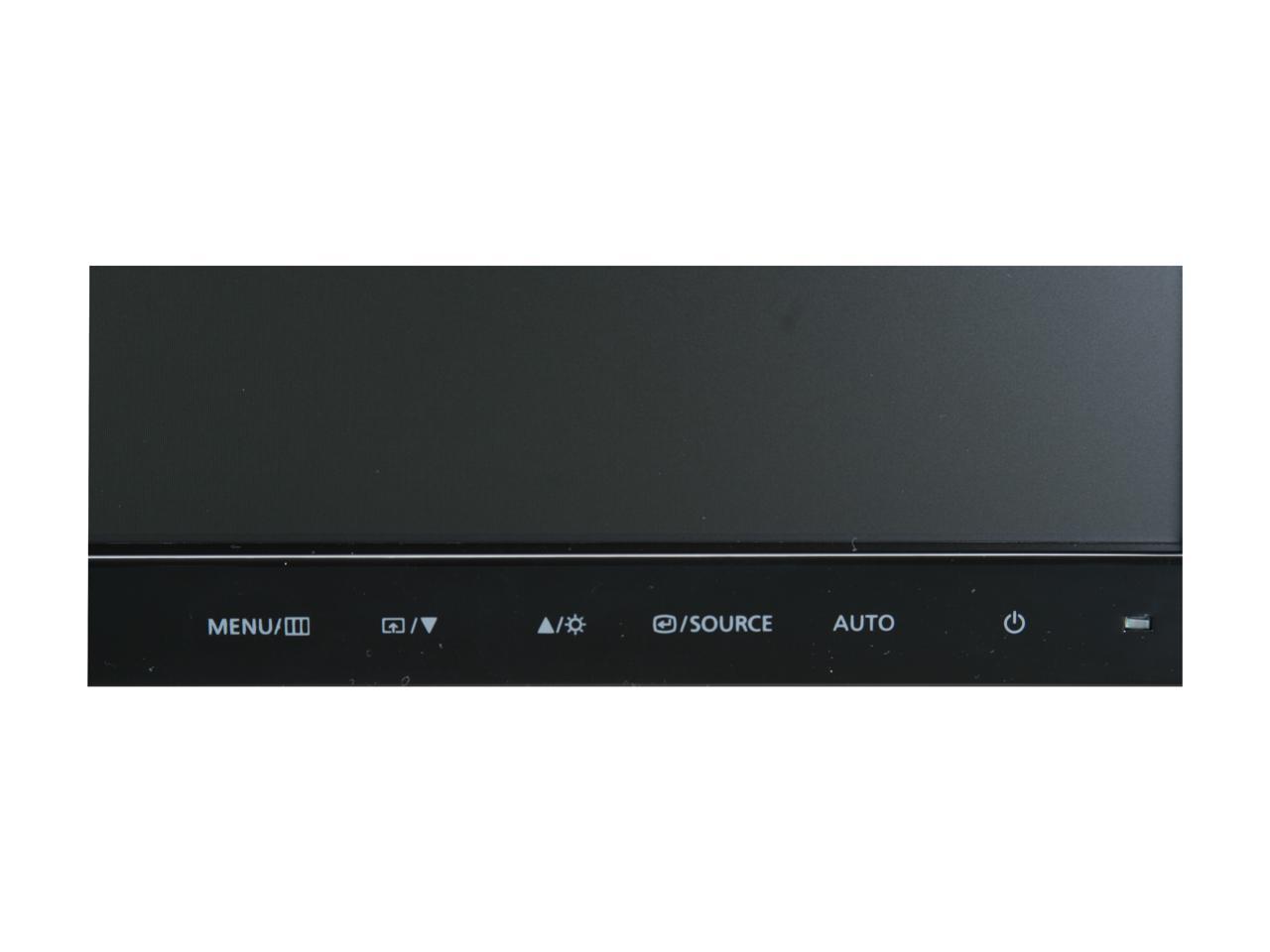 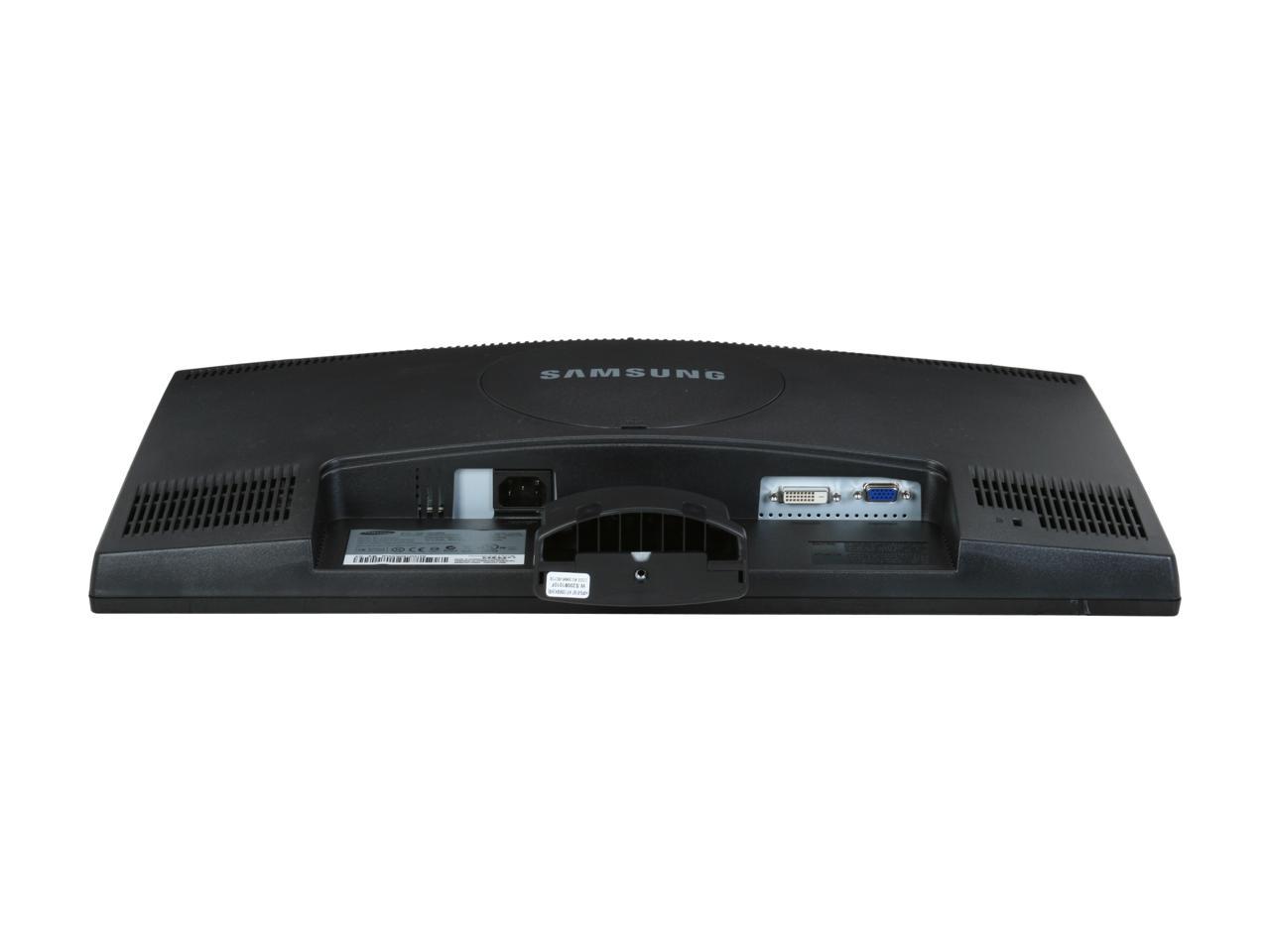 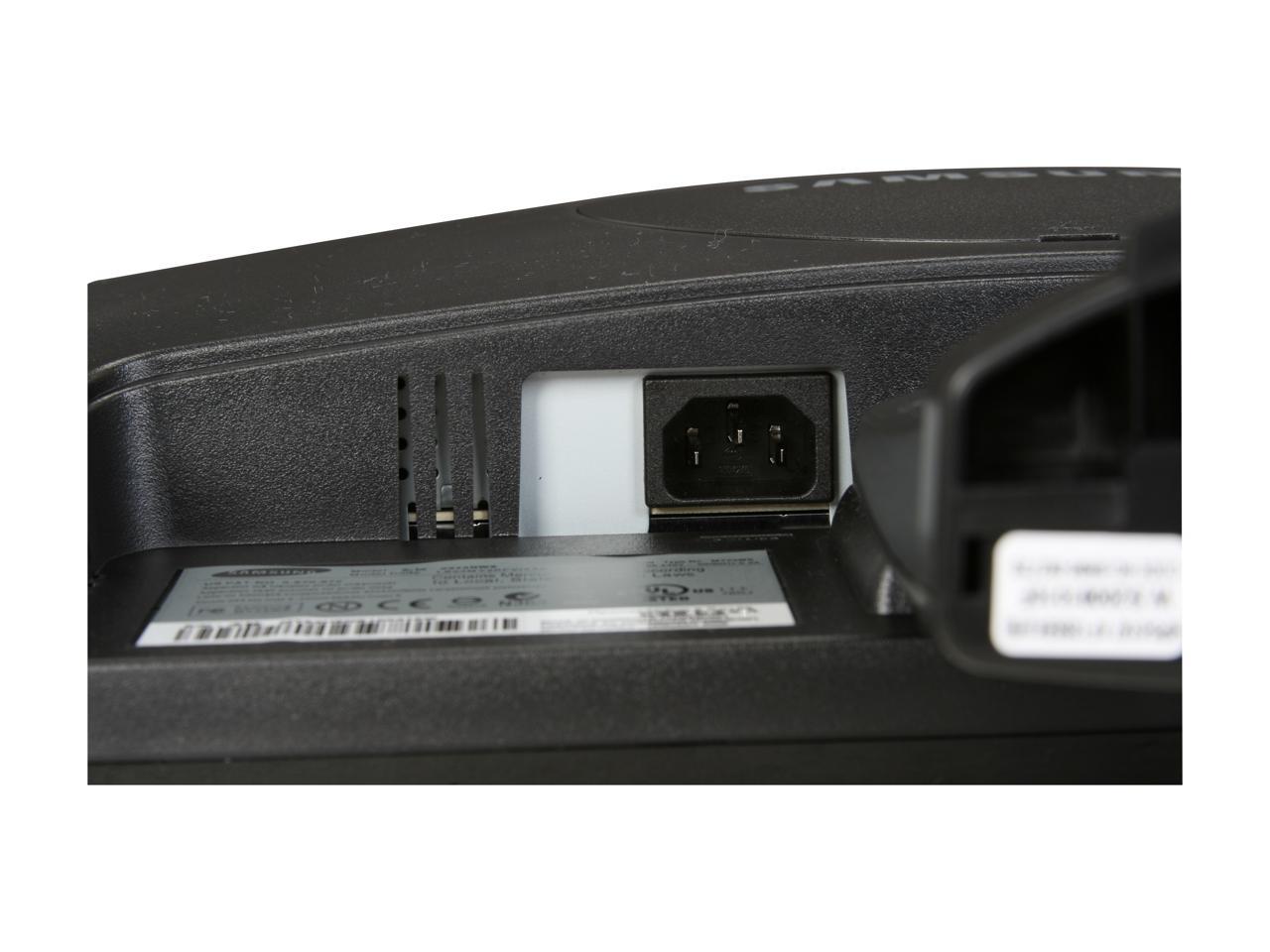 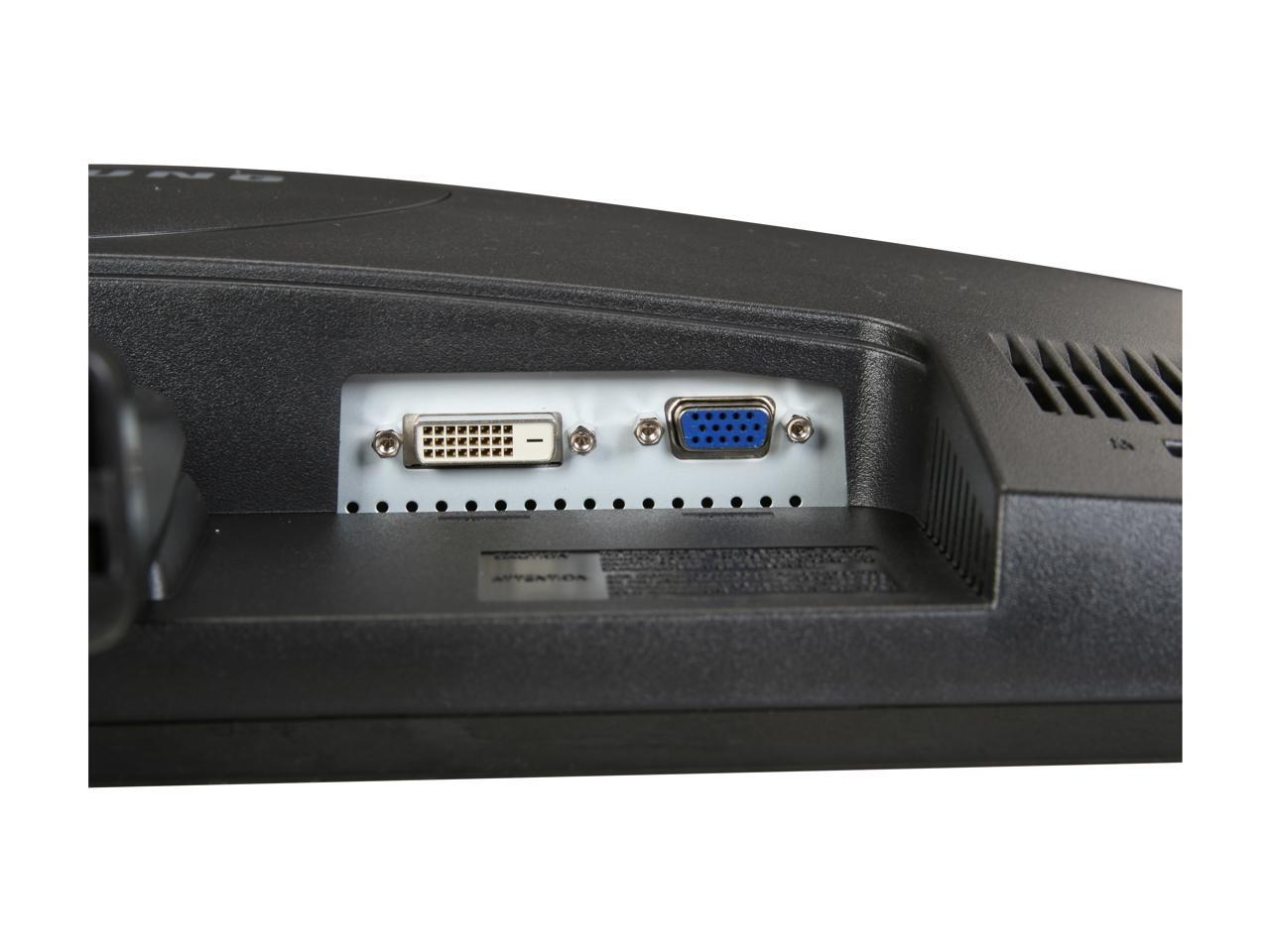 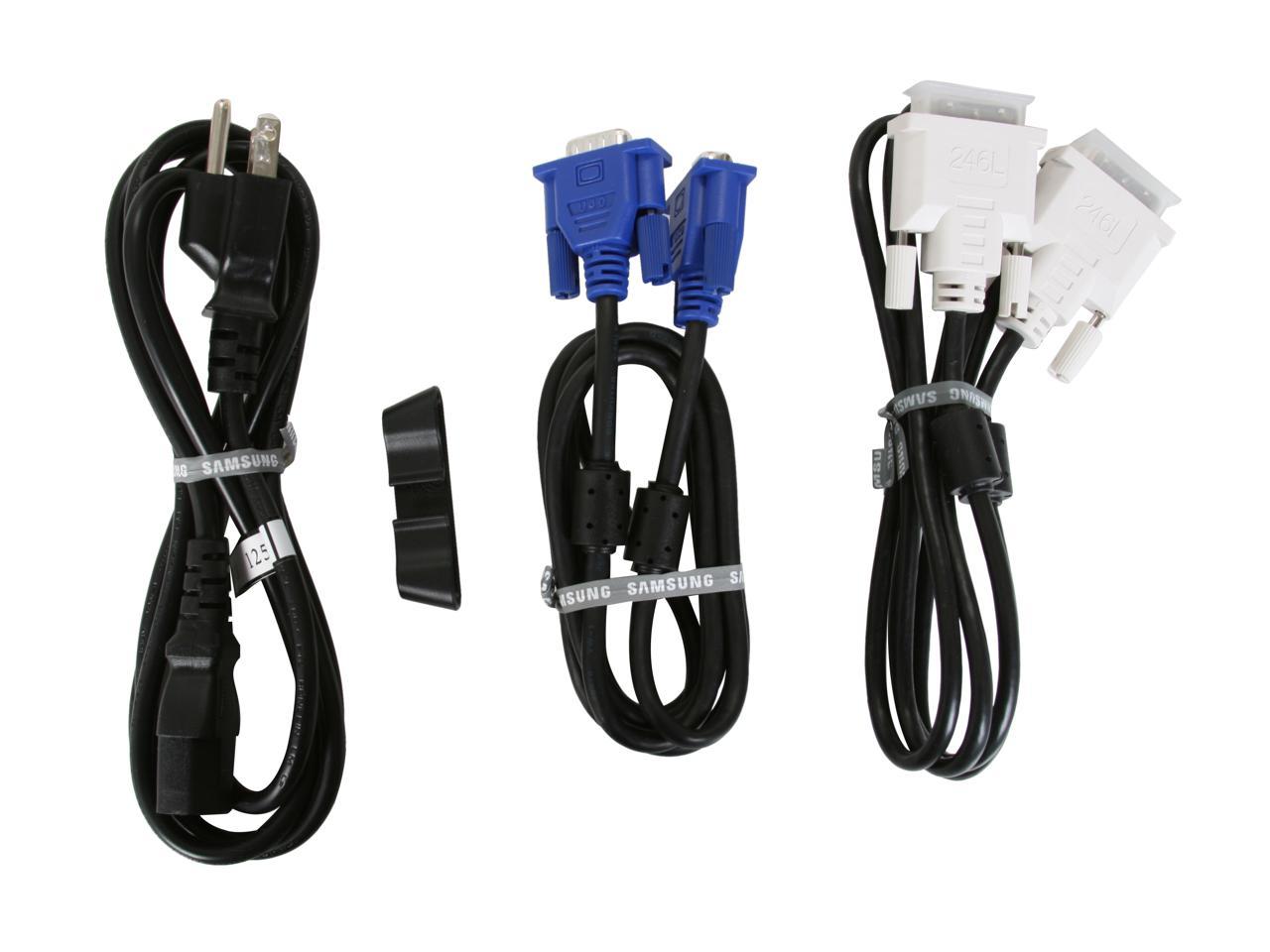 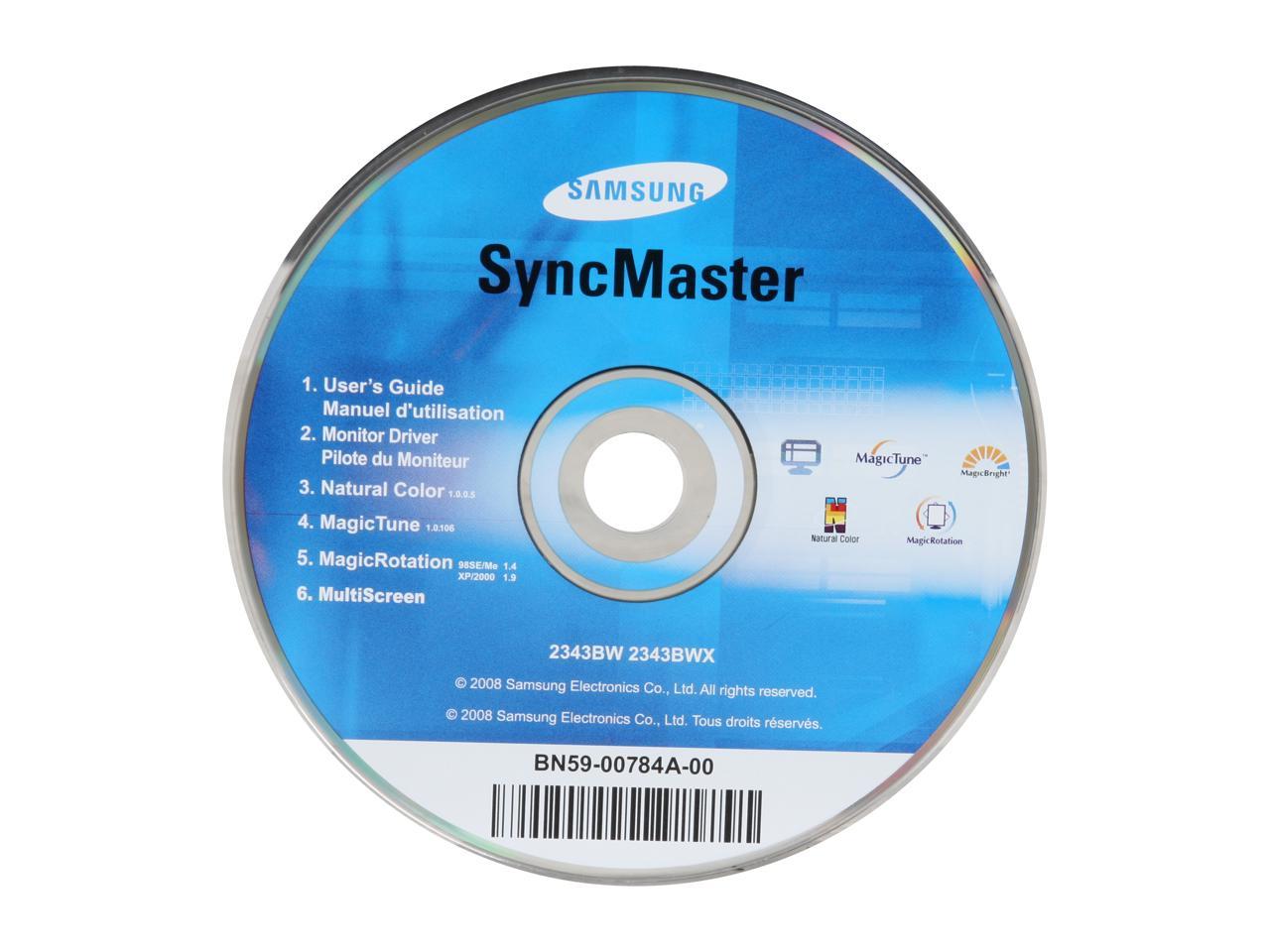 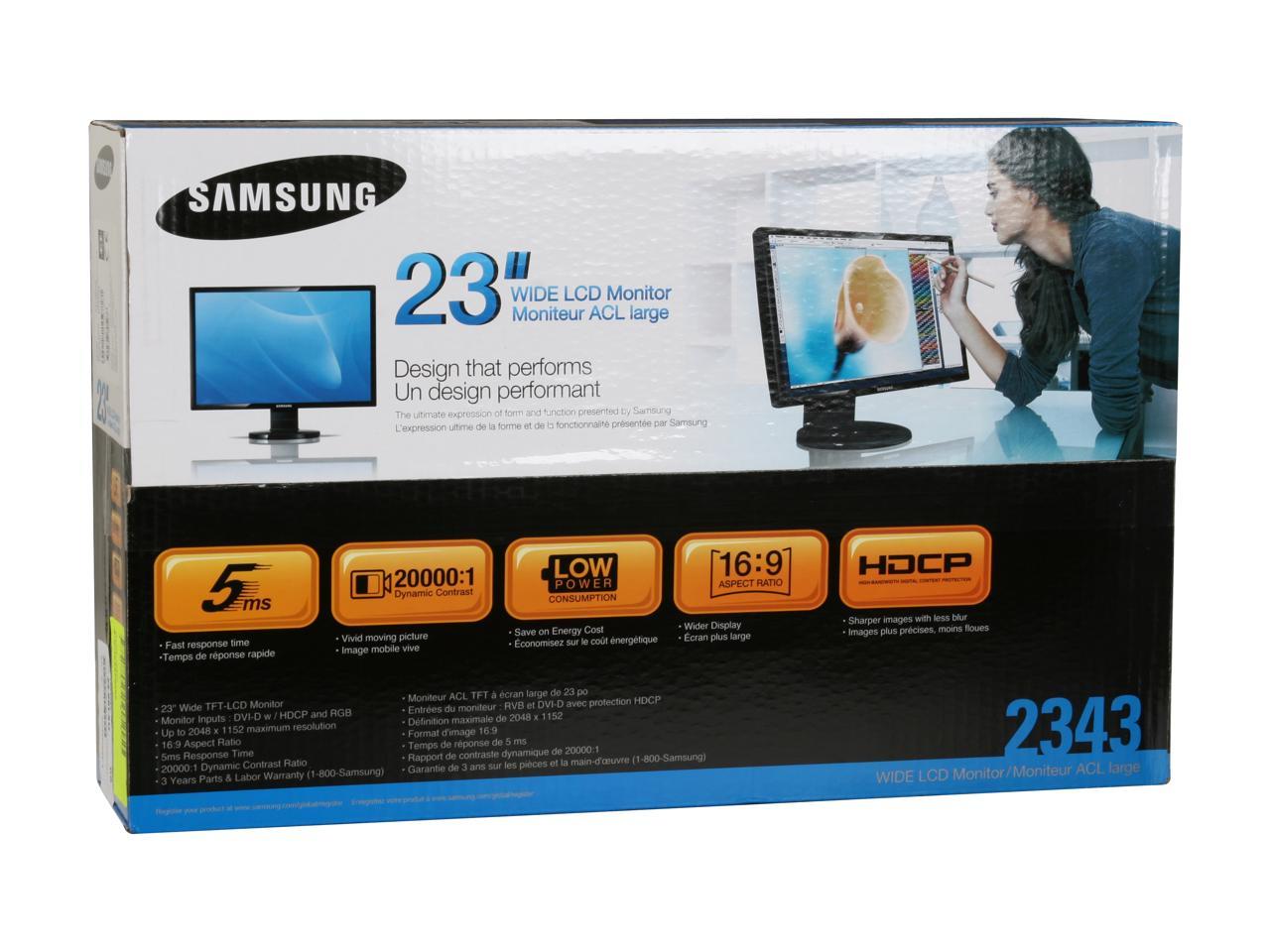 (435) Write a Review
OUT OF STOCK.
Overview
Specs
Reviews

Samsung's SyncMaster 2343BWX is a high quality 23" display with a slim design to give you the visibility you need without taking up precious desk space. Its ultra high resolution provide you extra work space for productivity and comfortable.

Learn more about the SAMSUNG 2343BWX

Cons: *There is a warning inside the box which states that this monitor may not work with some video cards using single-link DVI, despite the fact that it comes with a single-link cable. I'm using it with a Radeon HD 4850 with recent drivers on Windows XP and have encountered no problems. *1080P content will of course not run full-screen at the monitor's native resolution--something to think about if you plan on watching a lot of HD movies. *Games may not support this monitor's native resolution, and if they do will require a pretty powerful GPU. *Shiny bezel can cause annoying reflections. *The stand requires a substantial amount of force to assemble (though it didn't feel like this force might break it, and it's very sturdy once it's together).

Overall Review: Overall, this is an excellent monitor for those who need a large workspace, but it may not be the best choice for gamers and people planning on watching HD movies--those users should opt for one of the 21.5" or 23" 1920x1080 monitors.

Cons: I can't really say there are any because I know what I was looking at before I bought it. I knew it doesn't swivel or make pancakes or have hdmi, so I can't take off eggs for that like some people do who don't read specs then complain later when it doesn't have some insane feature they want because they aren't willing to spend more money on a high end monitor but feel that they should complain anyway.

Overall Review: Ok the guy who said this isn't HD is totally wrong. Why on earth would you say it isn't HD? Do you realize that its native res of 2048x1152 is actually higher-def than standard 1080p HD? Why do you think it says HDCP support at the title...? He also said it's not HD its DVI... whatever that means. DVI is the video signal, even VGA is HD. HD just represents a resolution capability. *sigh... if you don't know what you're talking about then don't take off eggs.

Pros: You can't beat this deal for this size and resolution. For me, real estate is important and this is good enough to replace my double monitor set up. Another thing that was important to me was color correction. I use a monitor calibration unit to make the folks I work with are seeing the same things when they're reviewing. The calibration is only as good as how many things the monitor lets you adjust and this monitor let's you go a bit further than most value monitors.

Cons: Because of the atypical proportion for the resolution, my (and even many new) video card did not support it using the DVI cable. But I eventually learned it worked going back to the VGA cable. Do your research on your video card before yo get this monitor. Also, just like any LCD in this class, you can't be too close to it or the viewing angle messes greatly with the color up top and below. But it isn't a problem sitting a little distant from it given it's great size.

Overall Review: I was unsure about this monitor when considering it due to the small number of reviews and the mixed reviews among them. I am sure I would not have purchased if it was not on NewEgg. Over the years I have learned to trust NewEgg to take care of any issues. And while customer service continues to plummet elsewhere, I was happy to learn once again that NewEgg's is still something i can rely on.

Cons: None so far. I did have to turn down the brightness down from the factory 100 down to 80.

Overall Review: I was considering a 30 inch monitor but found that 2056 x 1152 is the best deal for a large monitor when you factor in price and power consumption. I am very happy with this unit. I did not need any extras like HDMI or USB hub

Pros: The monitor arrived and only then did I realize how great it really was. The touch buttons take a little time getting used to but the power button is the right-most button so if you're needing to turn it on in the dark, it's easy to do by just sliding your finger along the bottom-right. I thought this was a 20,000:1 contrast unit but the unit I received is 50,000:1. It's very possible that I received the wrong unit because it does not have the "bwx" suffix or w/e on the box or anything, but that's a good thing. I paid a penny under 2 Franklins and I'm convinced that this is the highest quality monitor that I've ever seen in my life even though it's a 23". You'd think one of those huge 37"+ monitors would be the "best" I'd seen but those are generally only running a 1900 or 1920x1080 resolution (1080p) and running that resolution at a higher resolution means it stretches the picture more. I, personally, would rather have a smaller monitor with a super resolution for PC gaming.

Cons: There are a few, but they don't stop this monitor from being a 5 egg. The stand, like others say, is really hard to put together. I am a pretty big guy, 6'2" and a little over 200 lbs. Trust me when I say that this stand is "hard" to put together. No, it's not hard to understand - there's only 3 parts really for assembly. The "hard" part is that the stand clicks into the monitor but the release pin to hold it in place takes a TON of force to push in. I eventually put it on my mattress upside down with the stand in the air and put most of my body weight on it just to get it in, so that should say something. That aside, I actually really like the stand a ton. It doesn't have height adjustment, but I knew that before purchasing and honestly it wouldn't fit in my desk/ hutch if it did.

Overall Review: The stand does tilt for a better viewing experience and the stand "swivels", as in, the monitor can turn on a dim without the stand being moved because it rotates, so if you go to the side you can rotate it to see. The stand is also weighted and very sturdy and I find it to be quite exceptional, especially for a "budget stand". It's good quality to be brutally honest, it just takes an obscene amount of force to put together. Macho Man Randy Savage couldn't do it without leaning into it. On another note, once it's assembled, this monitor is a joy. I took others' advice and made sure to adjust the color and image quality off the bat and I was shocked to see how much better the image quality got from this already-amazing monitor. It's very bright and enjoyable to view, but not headache-causing (for me) and I do not hear the "buzzing" others mention when lowing the brightness. I get SUCH a slight bleeding near the edges on pitch black screens but that's not really worth mentioning.

Pros: Great Picture, easy set up. No problems at all. This monitor gives me so much screen space for when I'm working, and then so much game play area!

Cons: I need to upgrade my video card, it won't even make it to the Native Resolution of the monitor! Granted I'm still using a 6800 but still! (Ok so not really a CON is it?) The touch buttons are hard to work in the dark, you have to turn on a light to know what you are hitting, a back lite or something on the buttons would of been nice.

Overall Review: I have this monitor connected to my work Laptop and my Gaming PC. using Analog for my Laptop and Digital for my Desktop, I just tap the Source button and can seamlessly switch between the two! Love this thing!

Overall Review: Bought 2 of these, one about 3 months ago and one last week. The first 2343BWX has a 20000:1 contrast, the second I recieved a 2343 with 50000:1 contrast. The 2343 one is much brighter, has noticibly richer colors and a revamped OSD, which is great but it makes my 2343bwx look washed out by comparison. Just something to consider if you are looking a mate to one you already own. Newegg is not always sending the extact product spec here, you may get a 2343 which seems to be a significant upgrade.

Pros: great contrast and color, no black bars on top or bottom when watching HD vids, non-glossy screen so almost no glare.

Cons: touch sensitive buttons are not my favorite, but you usually only adjust setting that much and the standby led blinks really annoying when try to sleep.

Overall Review: the stand is sturdy, if you know how to put it in. unpack the monitor and place the top edge of it on the floor then insert the neck, push really hard on it, done. replaced 2 17in crt's was running 1280X1024 FYI some older movies sometimes look horrible at 2048X1152 still waiting to set it side by side my friends 24in Dell UltraSharp 2405FPW to compare