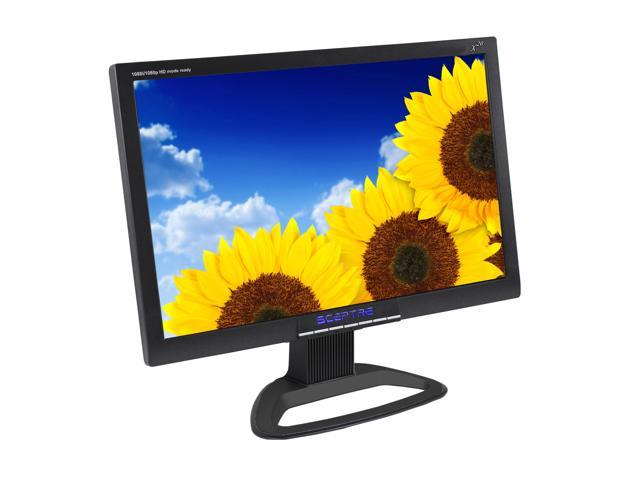 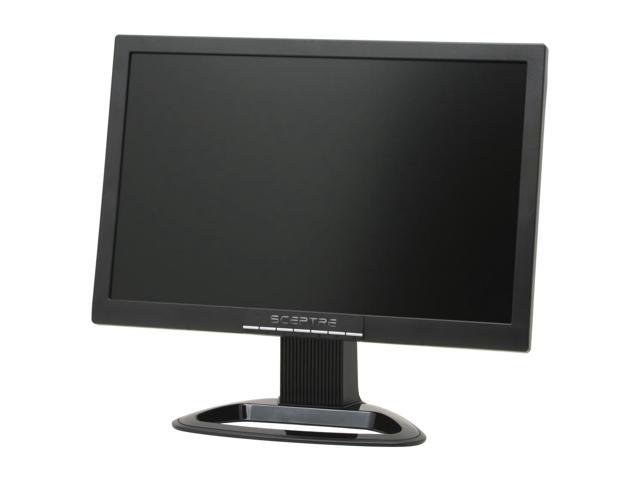 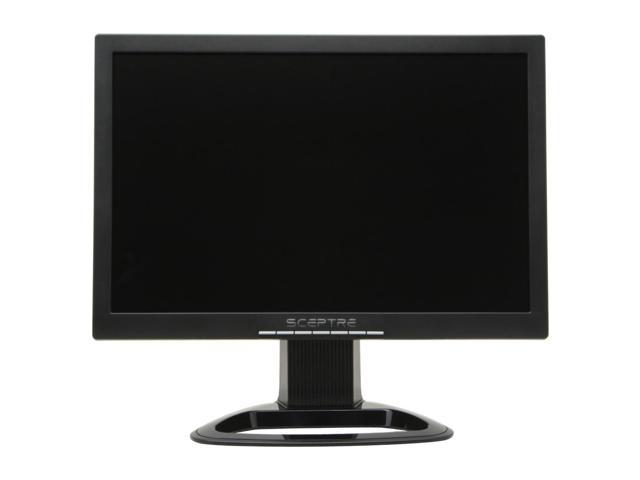 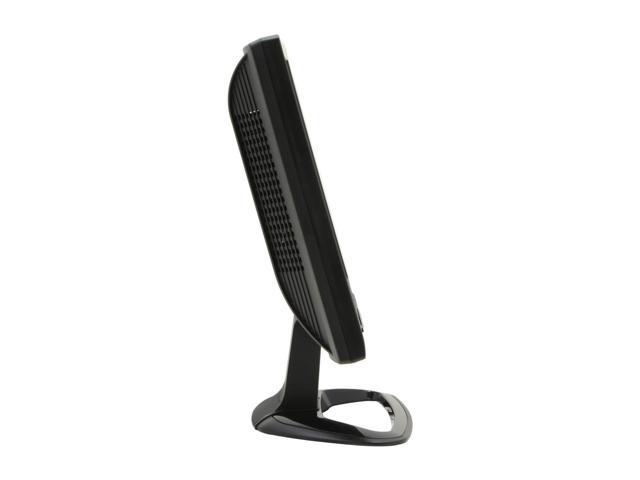 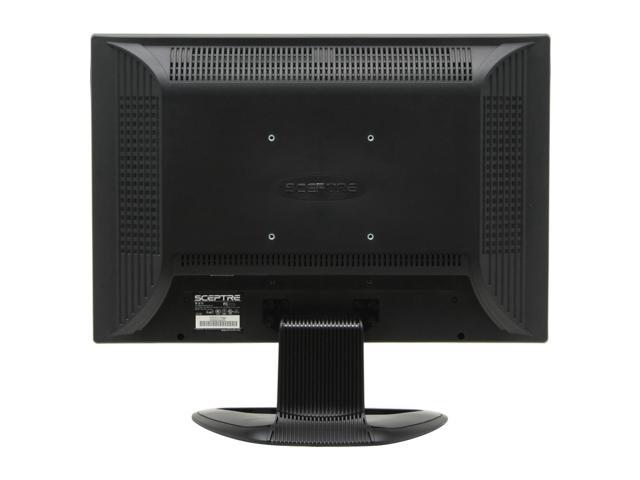 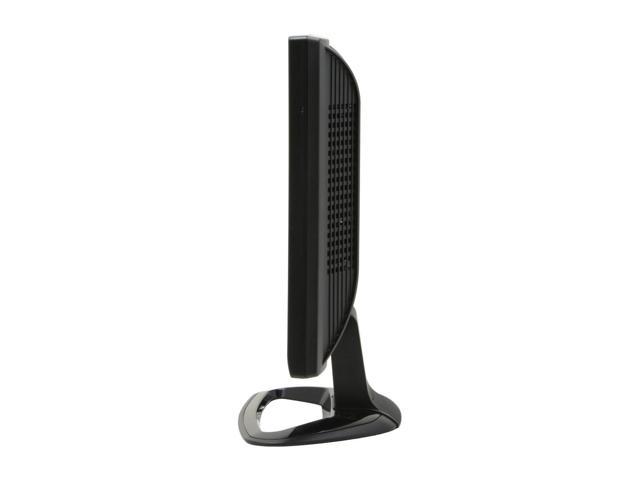 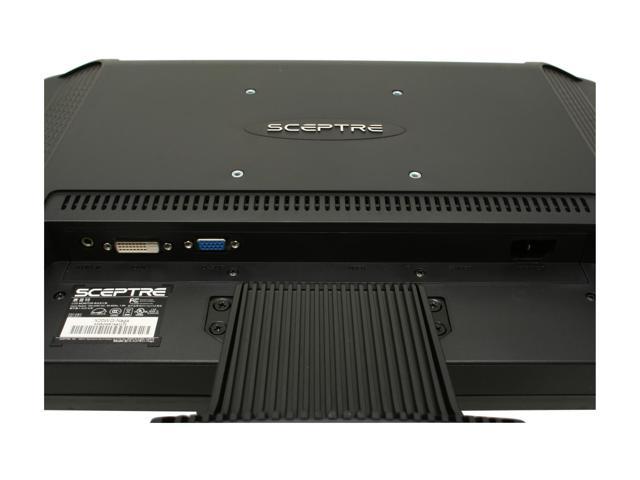 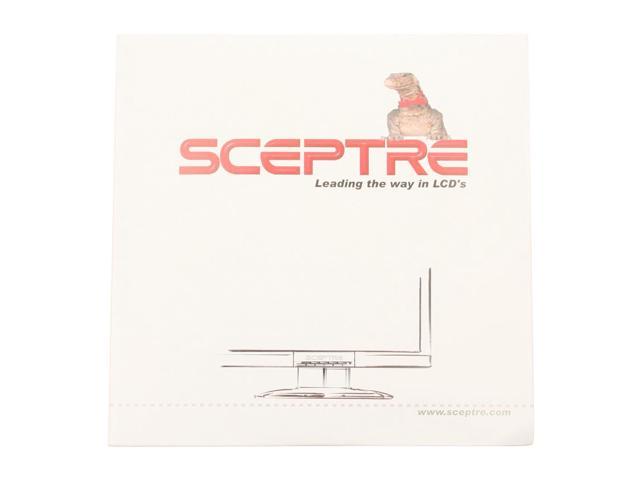 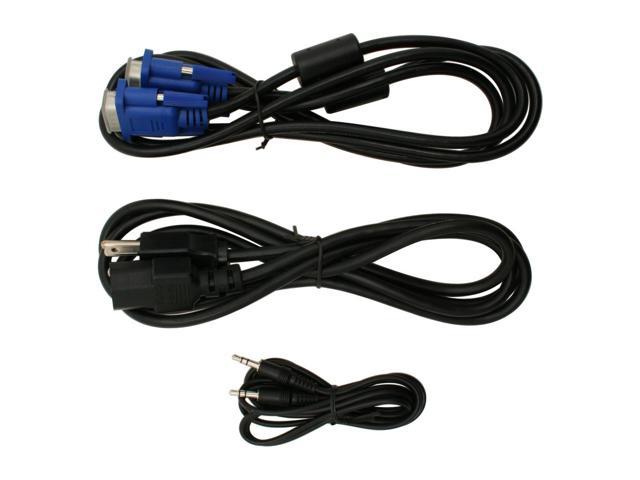 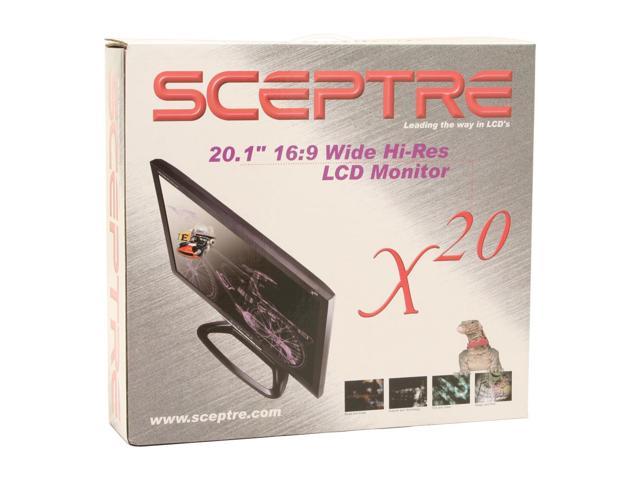 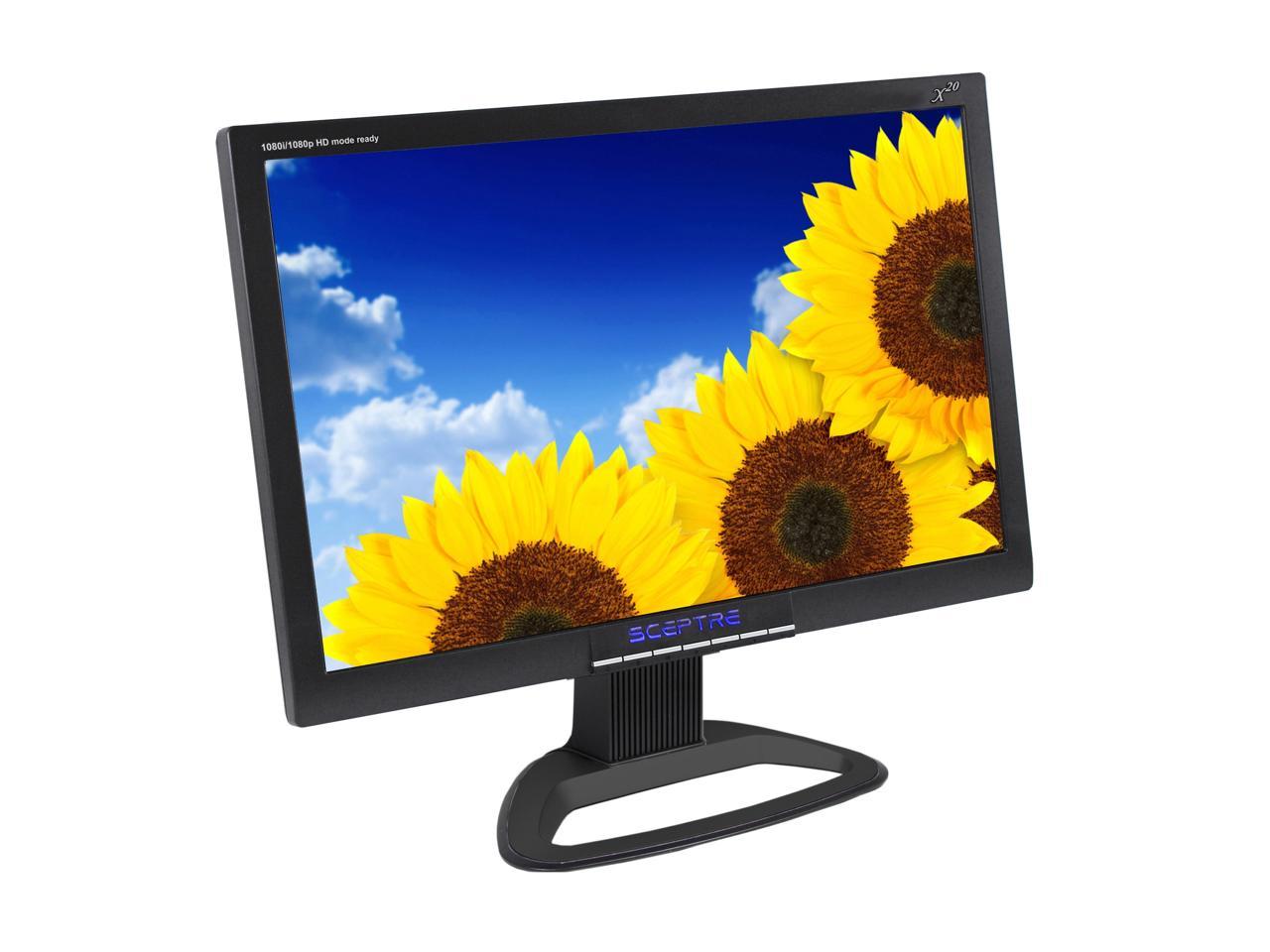 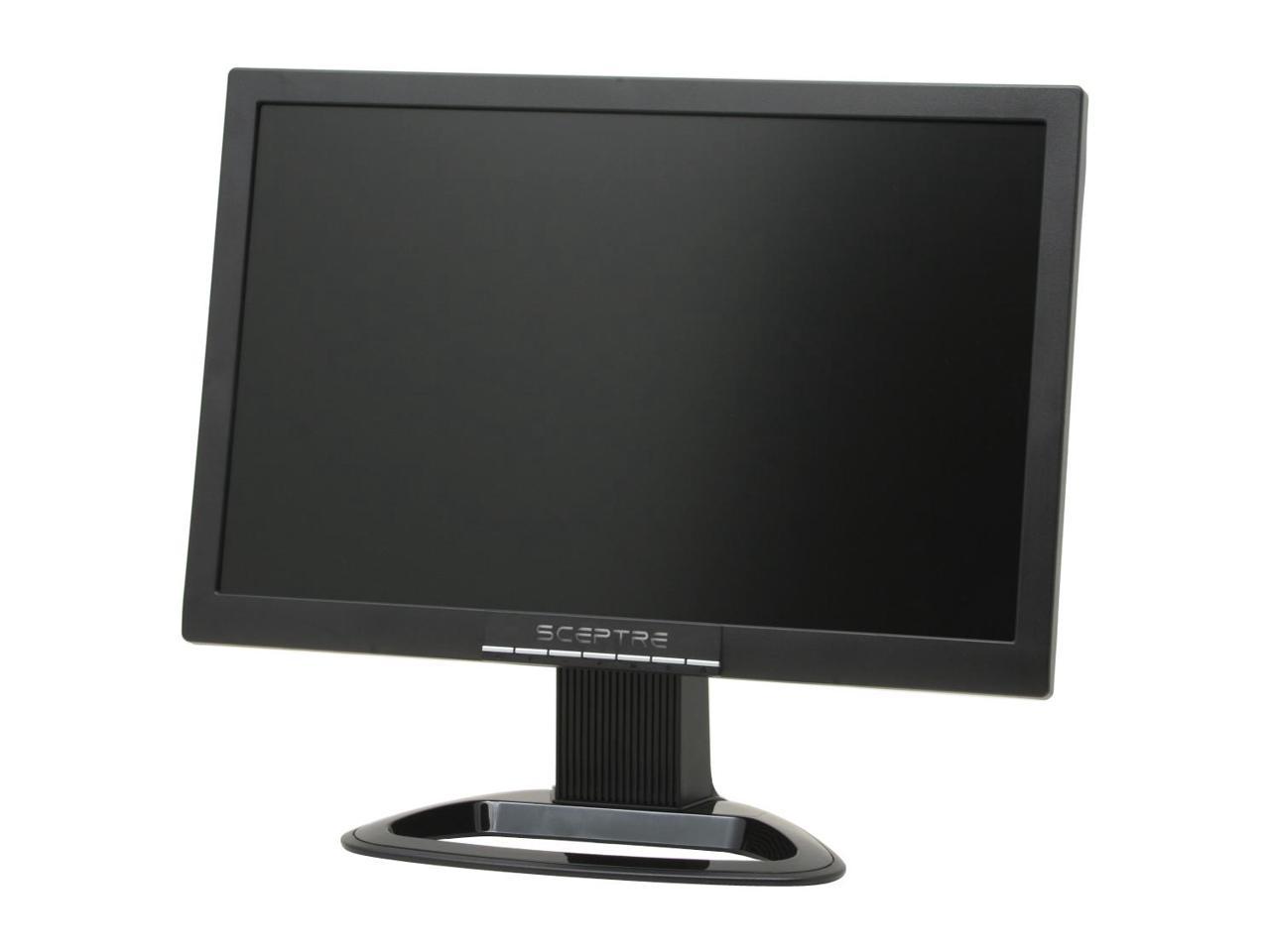 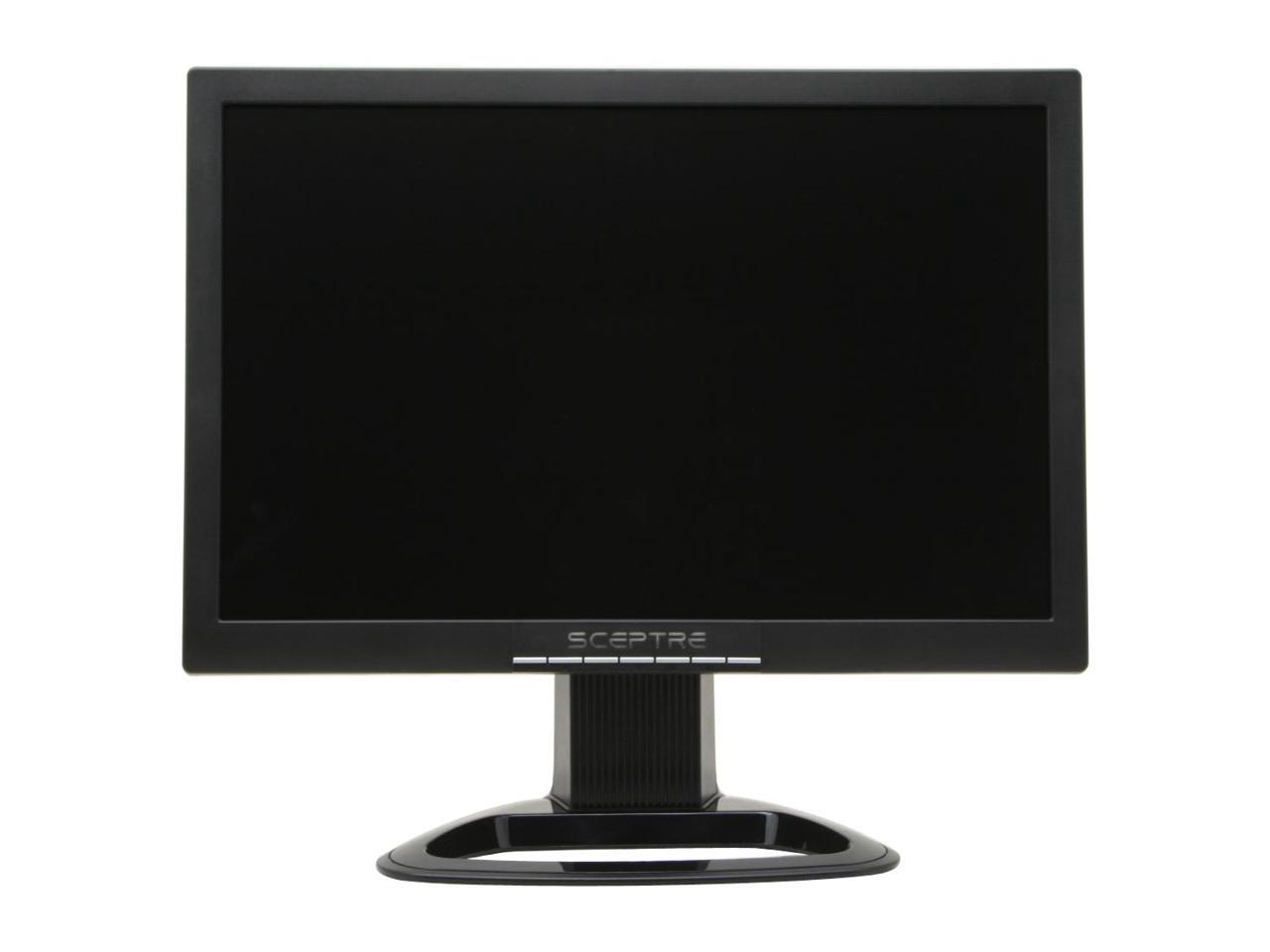 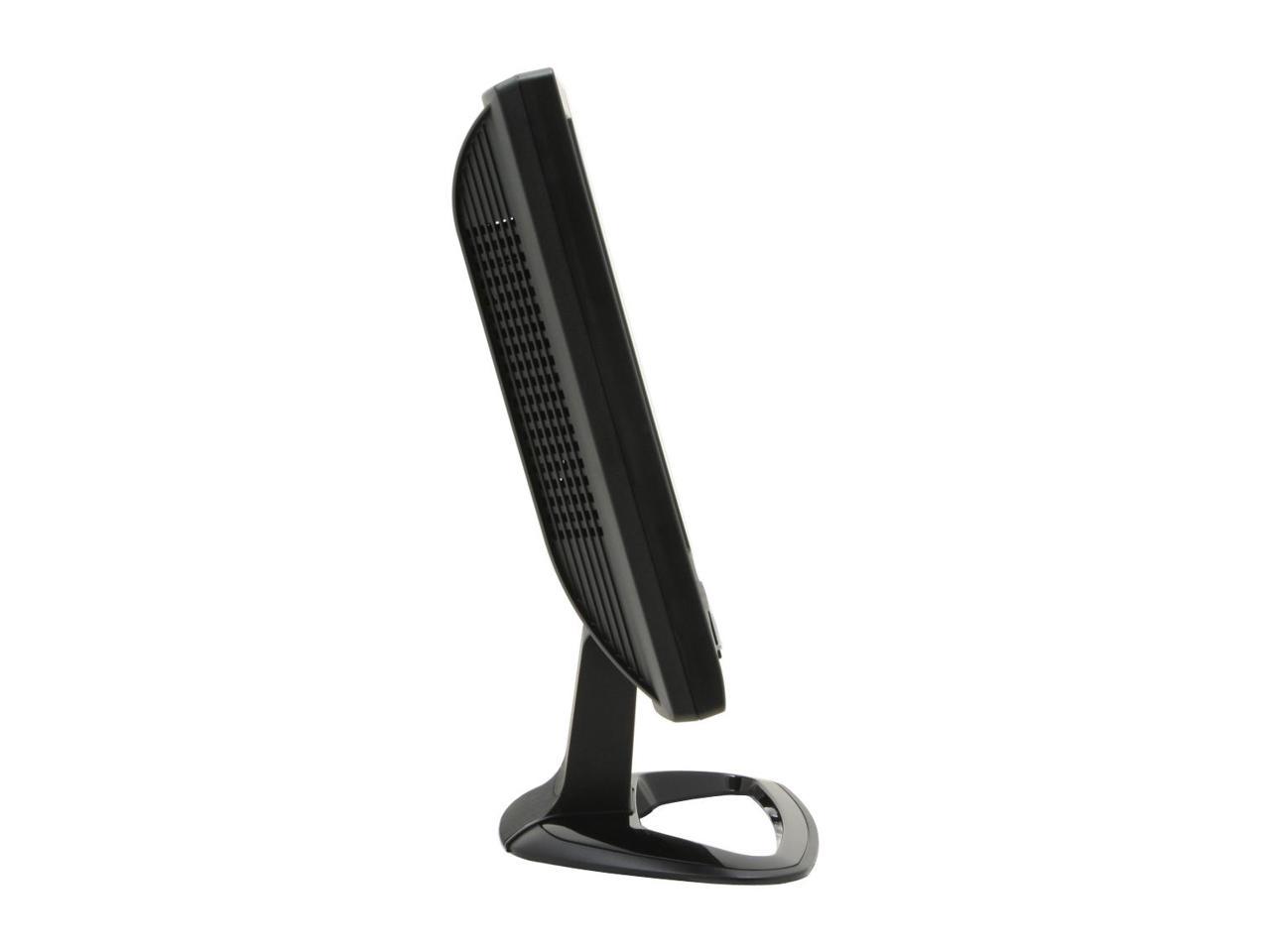 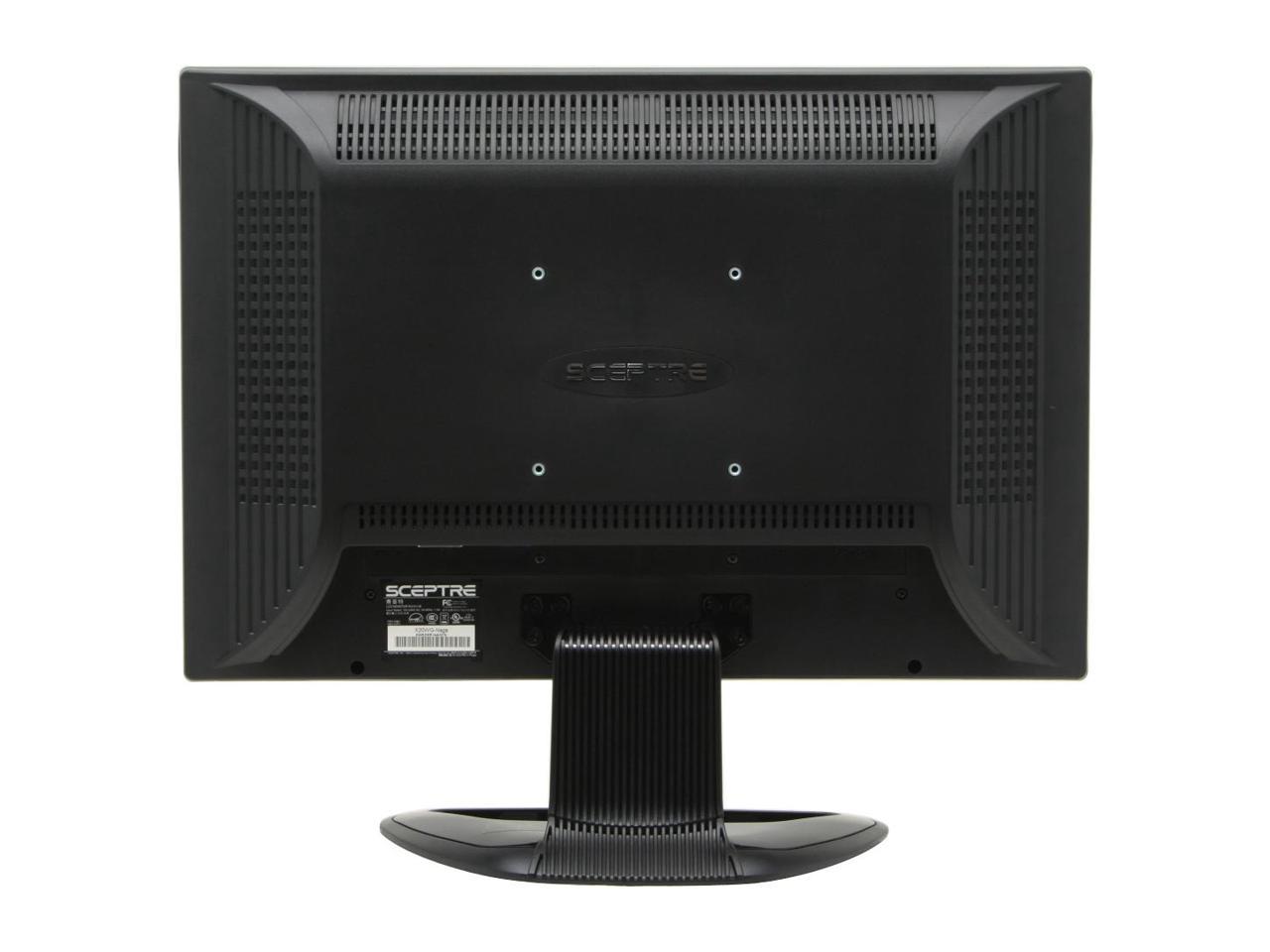 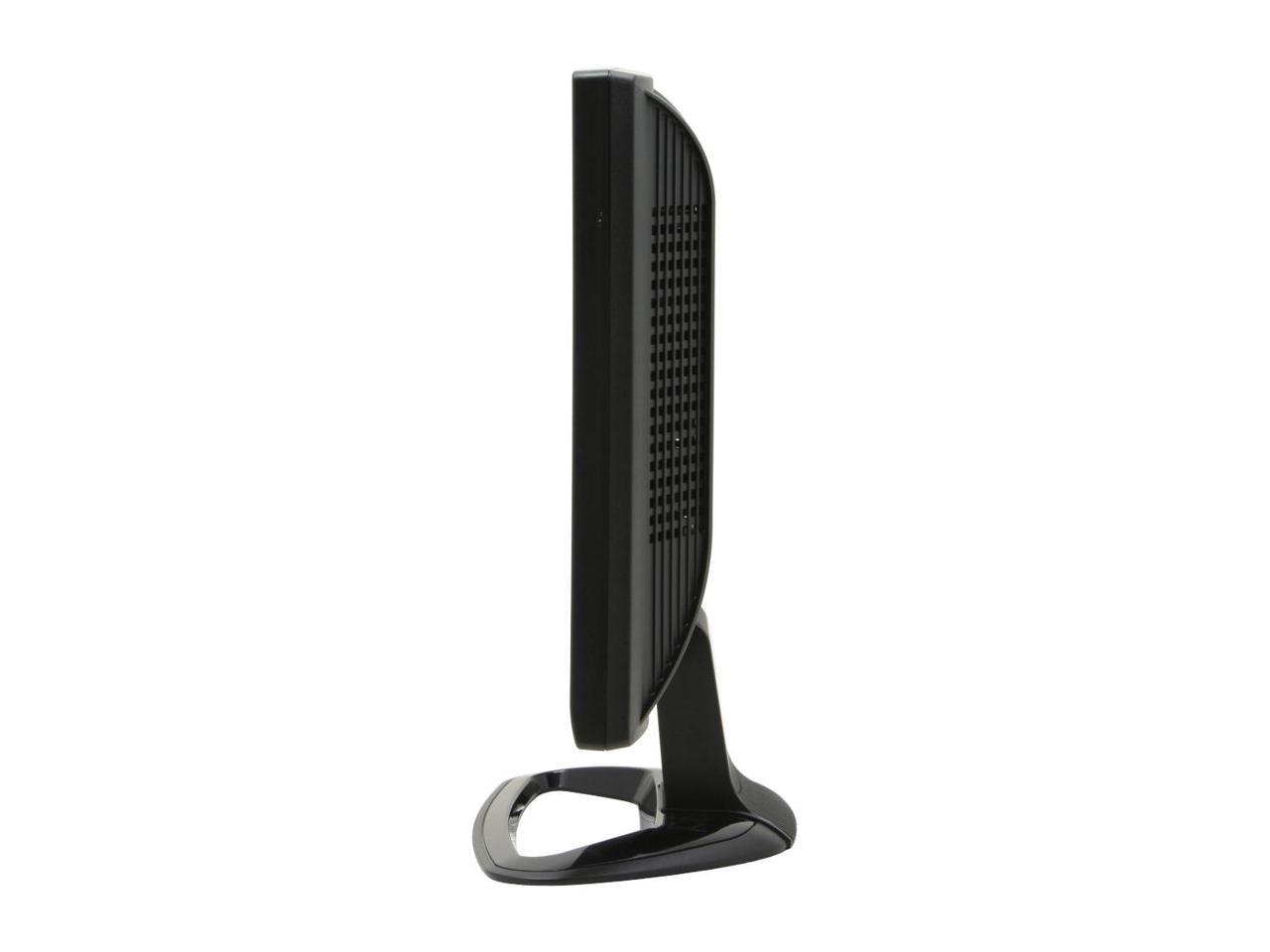 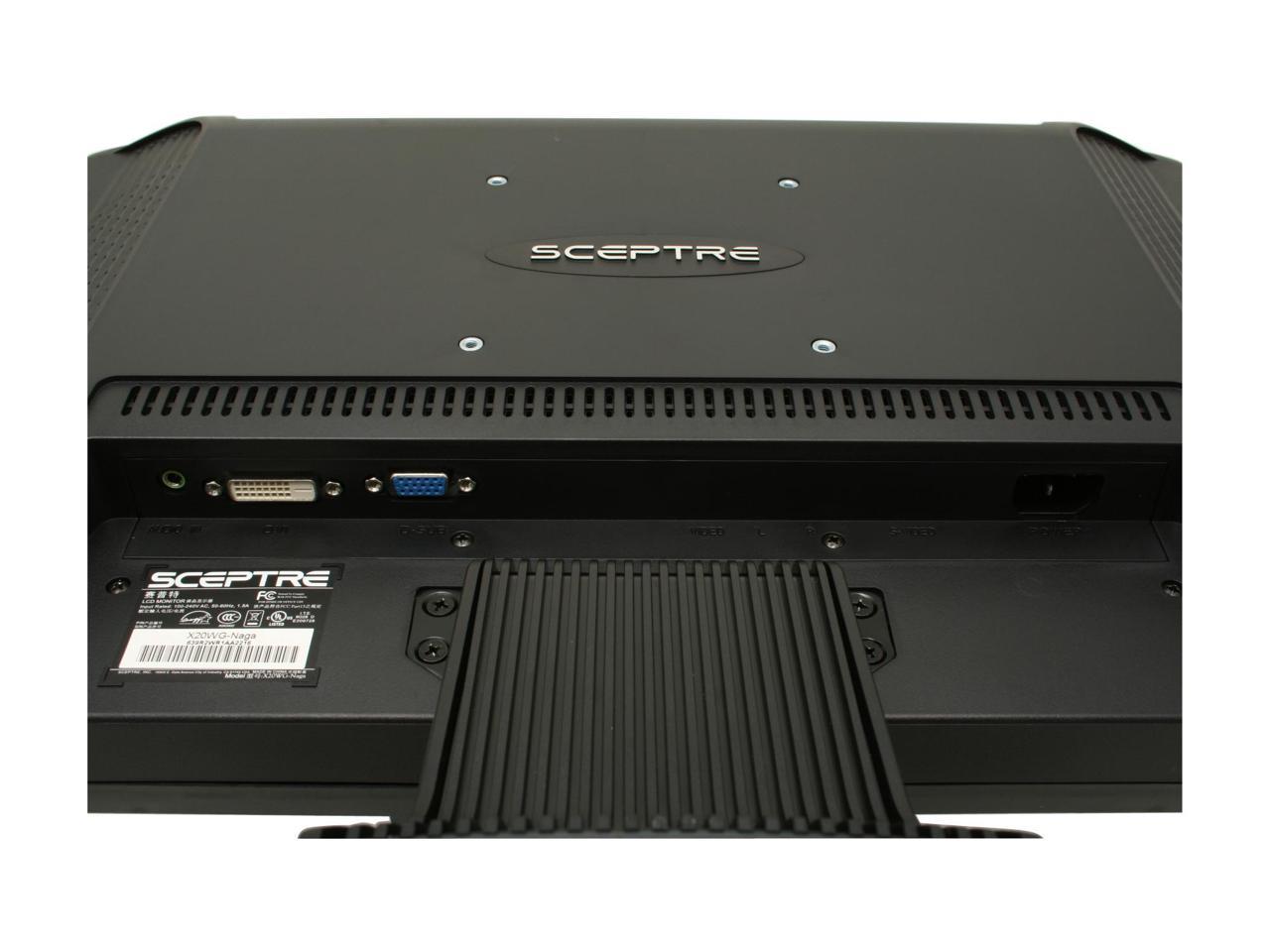 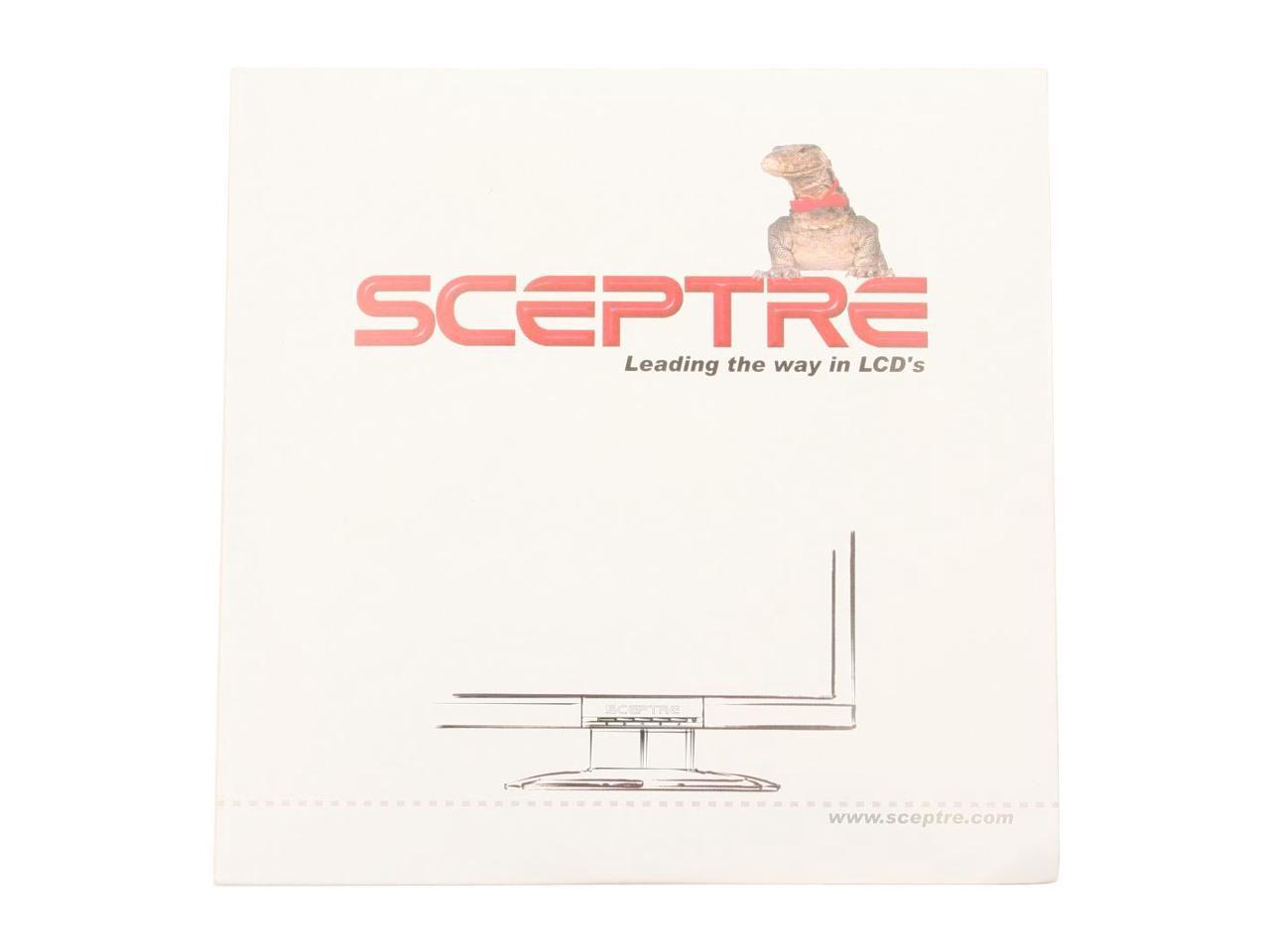 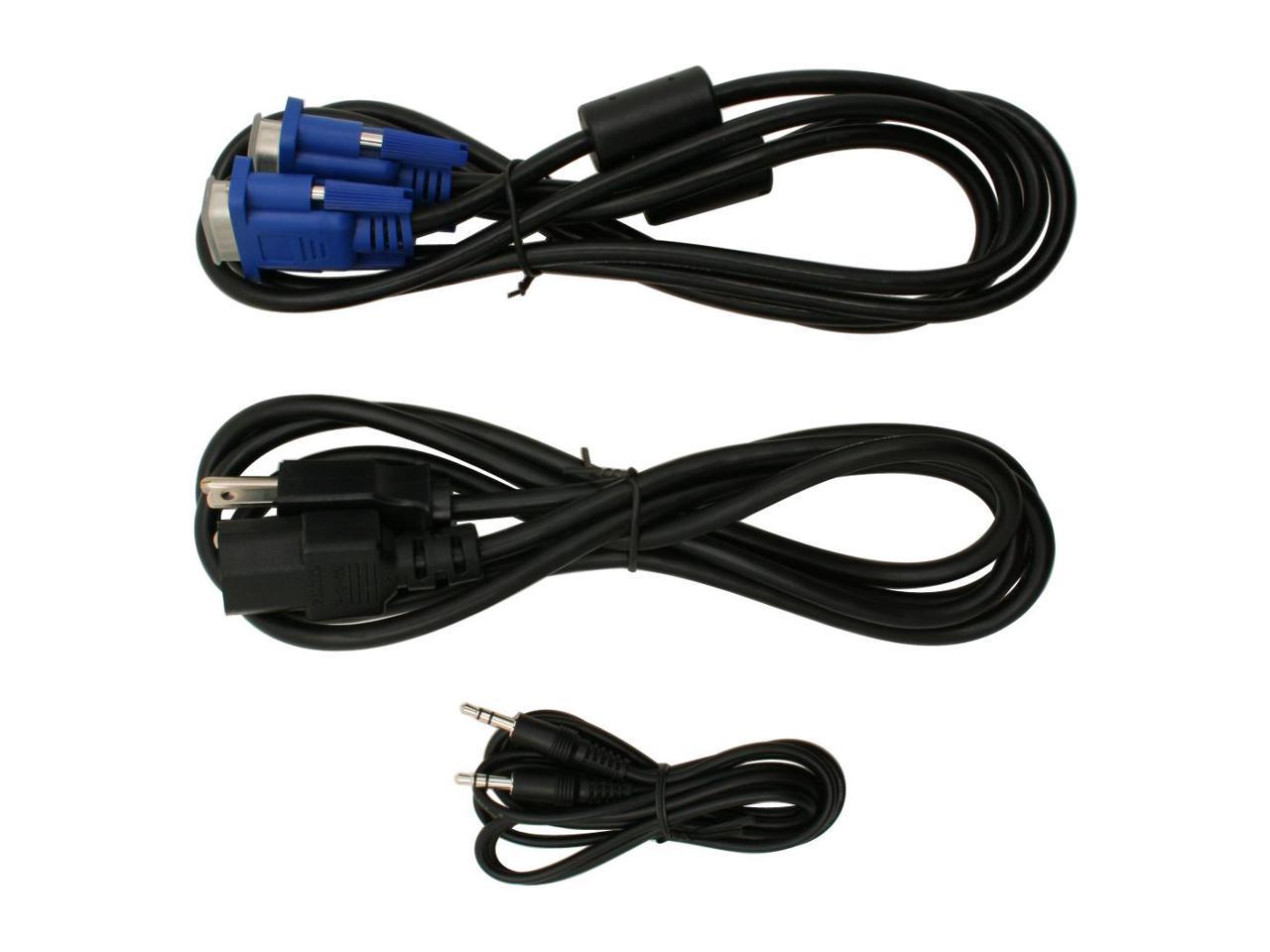 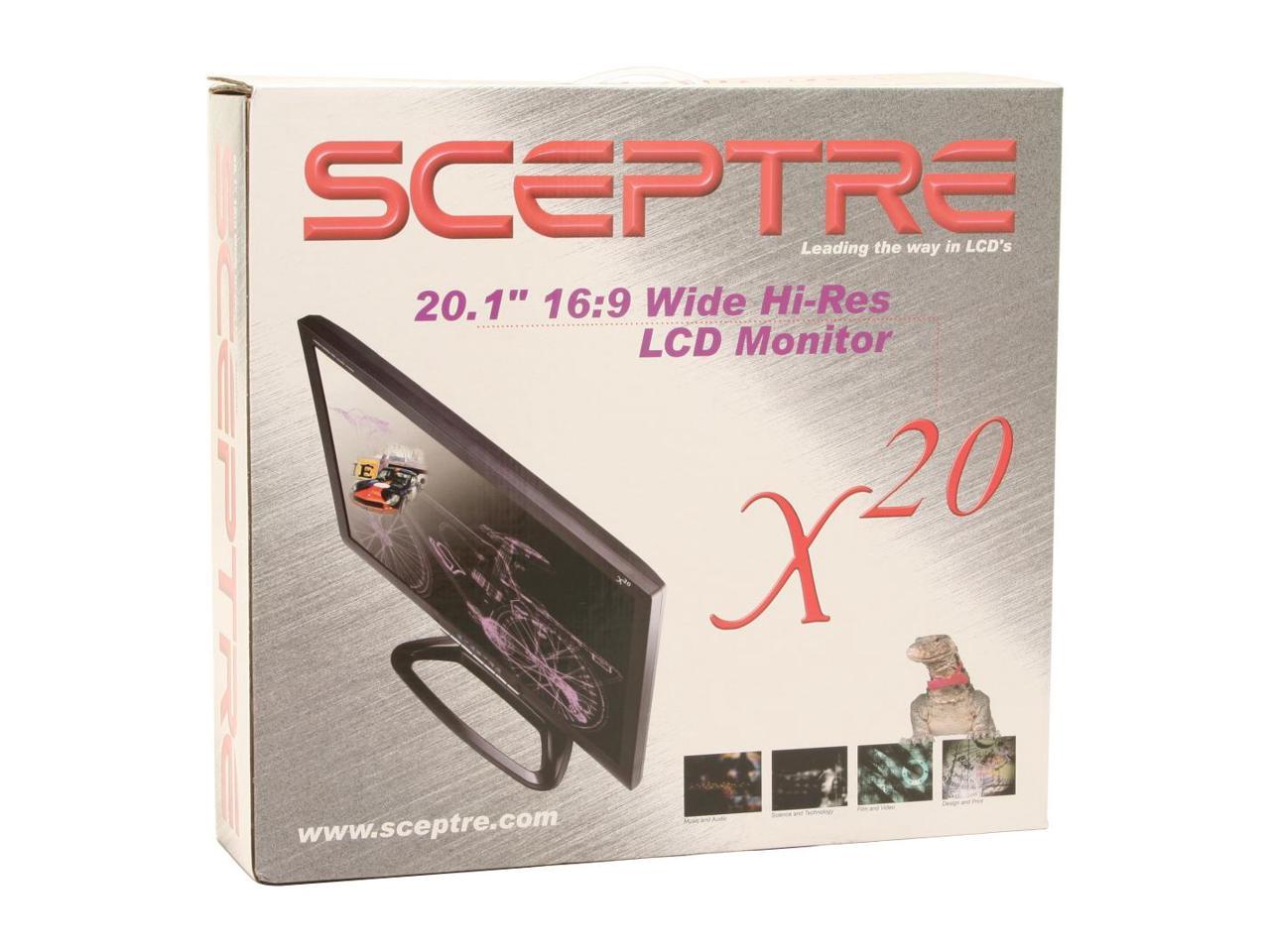 (716) Write a Review
OUT OF STOCK.
Overview
Specs
Reviews
Looking for a phenomenally affordable, HD-ready widescreen? For almost the same price as a normal 19-inch monitor, step up to a Sceptre X20WG-Naga. The HD-ready, hi-def screen is a great resource for the HD gamer, multimedia enthusiast or multitasker. Ultra High WSXGA+ 1680x1050 maximum resolution packs enough pixels to view almost 2 full documents side by side to enhance your productivity. The fast 5ms (GTG) response time keeps games moving fast and an amazing 1000:1 contrast ratio with 300 candelas of searing brightness ensures your pictures, movies and applications are crisp and bright.
VESA compliance makes wall mounting easy, and D-Sub and DVI ports add versatility. Built-in speakers round out this affordable solution.

Learn more about the Sceptre X20WG-Naga

Overall Review: The stand that people complain about had me question the monitor initally. After using it, there is no doubt that people are simply to picky, becuase the stand is fine and poses no major problems.

Pros: Awesome flat panel deal. Was skeptical about going with Sceptre on this one but after some research I went ahead and made the decision. Absolutely an awesome display 1680x1050 20" viewable no dead pixels and identified by my sys right off the bat. Cant go wrong with this display. I will be purchasing another one to replace my other crt.

Overall Review: Some others had commented that the led Sceptre logo is an issue and to be honest I cannot understand why. It does not affect visuals in gaming even in a dark room. Actually looks kinda cool....

Cons: -Not a "True" 5ms Responds Time. This company is using the "Gray to Gray"(GTG) Scale for timing instead of the more Acurate "Black To Black" This display is really about a 8ms(BTB) -Mine Came with One Stuck/Dead Pixel (Stuck on Red) -Can only display 16.2mil Colors. Adequate for gaming and standard use, However if you wish to use this monitor for High-end Video or Photo Editing You should look else ware. Go with 16.7mil+

Cons: Only came with VGA cord. I need DVI for my GPU, but luckily I had the adapter. The manual is on the CD instead of a booklet. Not much of a con, but a little more time consuming.

Overall Review: Many people complained about the "Sceptre" LED and the stand. The LED doesn't bother me at all, even during gameplay or while I'm sleeping. Regarding the stand, it is a little wobbly, but as long as you have a sturdy table you won't have any problems.

Pros: Well, just got this monitor, my first official LCD I have bought, let alone a 20.1” Wide screen, but it arrived with NO dead pixels. The gain in desk space and Desktop space is incredibly handy as well as a lower power consumption. At 1600x1080 @ 60Hz is a very nice resolution to be looking at, now just have to find a big enough wallpaper. My old Dell 17” monitor used about 75 Watts of power (That’s from measuring the amps and voltage use with a meter) and produced so much heat after running for hours that it heated my room by several degrees. For games this LCD is pretty good as well as general windows use (though read my cons), though I have only tried it out with a Radeon All-In-Wonder 9800 AGP card so far.

Cons: This monitor is really bright and some light leaks in from top and bottom edges, but most LCDs at this price range seem to do that. It wasn’t as easy as “Attach and Forget” with me, it took me an hour of adjusting the brightness, contrast, and colors to get it just right. I had to turn the LCD brightness to zero, contrast to 50, and text sharpness to 3, and even adjusted the ATI Control Panel settings to lower the brightness, gamma, and contrast. But, after a while, I think I got it to display pretty good blacks and colors. At least the blues come out very sharp and vivid. Another annoying thing is the “SCEPTRE” logo on the front is always lit bright BLUE and in the dark playing games or watching DVDs, it can be bright and distracting. I actually had to put a piece of black tape over it to cover it up. Plus, a little of that bright blue glow leaks on to the screen. If I would of known about the lit LOGO, I probably wouldn’t have bought it.

Overall Review: It comes with a driver CD, but it just contains the manual in different languages and one .INF file as the driver and directions to install it. Its not a big deal, as long as you have a modern Vid card, you should have everything ready to use without the CD. Ohh, and it DOES NOT come with a DVI cable, only the VGA cable, which was disappointing. Also, if you set effects to “Clear Font” in windows, it helps display text a bit more clearly. Never tried the onboard speakers yet, don’t care to, have good headphones and PC speakers instead.

Pros: This is my first personal LCD. The stand is just fine, the whole monitor is very light, so it doesn't need much. The picture is awesome, and I lucked out with no dead/stuck pixels. Install was very simple. WinXP with SP2 auto detected it, but I still went and downloaded the latest.

Cons: The Sceptre light does bleed through the bottom of the screen, but it really doesn't bother me. I am one who thinks it actually looks cool.

Overall Review: This is a steal for the money. The swivel has more than enough range up and down. HD movies look awesome on this. You would just have to be one of the unlucky ones to end up with one of the horror stories listed here. The majority are going to get monitors that are just fine, and if so you will have gotten a monitor worth every buck you paid.

Pros: Great bloody large chuff-off screen with no dead or stuck pixels! Crisp and clear like a 'Chateau d' Chasselay' - very passable...who'd ever thought, forty year ago, we'd be sittin' 'ere, watchin' a 1680x1050 screen for under two hundred quid, ey? And colour at that! Hah! When I was a boy, the best we had was torches on a 5 by 7 grid, no more than eight characters wide and ya had ta run back and forth, lightin' and dousin', day in, day out...

Cons: No DVI cable. What's that about?! When's that get any fun? Need to include one, please and thank you - even if it means no cheesy rebates, yeah.

Overall Review: When I think of the things we never had when I was a child...O, I'm just happy to be alive t'day!

Pros: Even though it's a no-name brand, I don't think it'll be that way very long if they keep making affordable monitors like this! Great color, as much brightness as you could need, huge amount of space, and really sharp! The logo complaint is a joke...get a life man. It looks cool and if you're embarrassed about the brand why'd you buy it? It's not that bright and IMO it looks pretty cool. I also found no problems with the buttons.

Cons: No DVI out of the box and they run about $xx for 6ft so up the price of the monitor at least $xx unless you find some cheap online at the same time you order. Out of the box the settings are EXTREMELY bright, to the point where it hurt my eyes. After some adjusting it looks fine though. Not very many resolutions to select from that actually fit the screen. That includes on the desktop and in games.