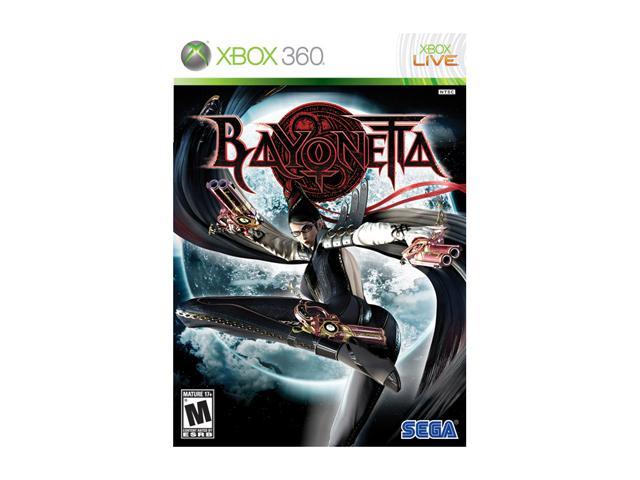 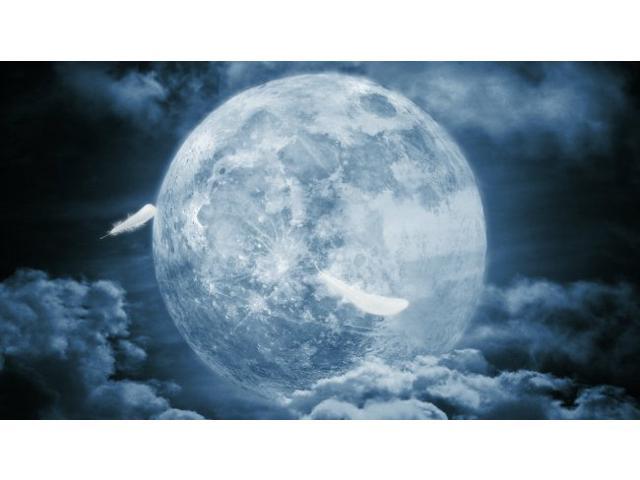 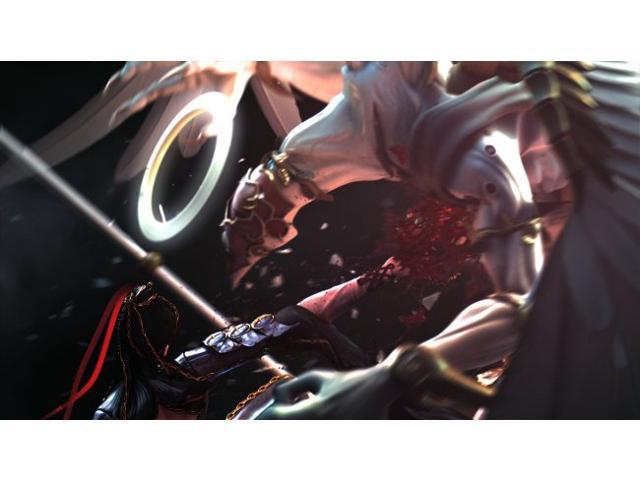 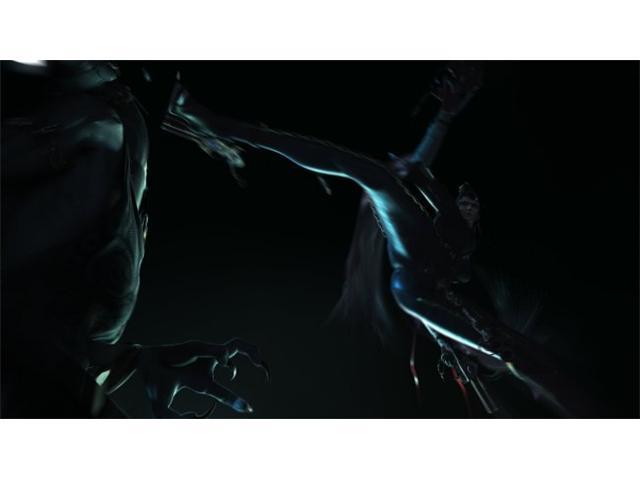 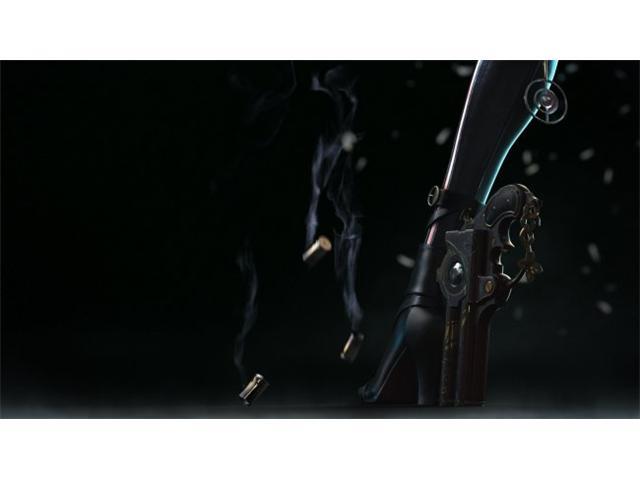 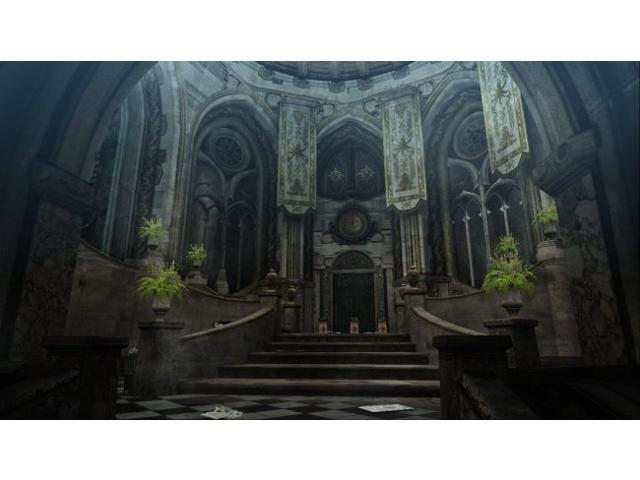 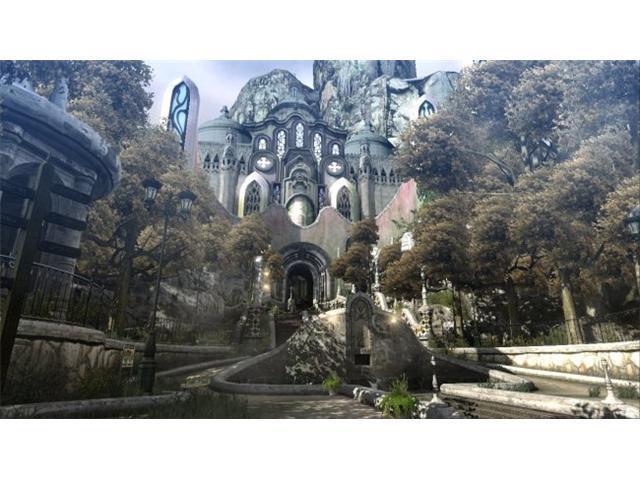 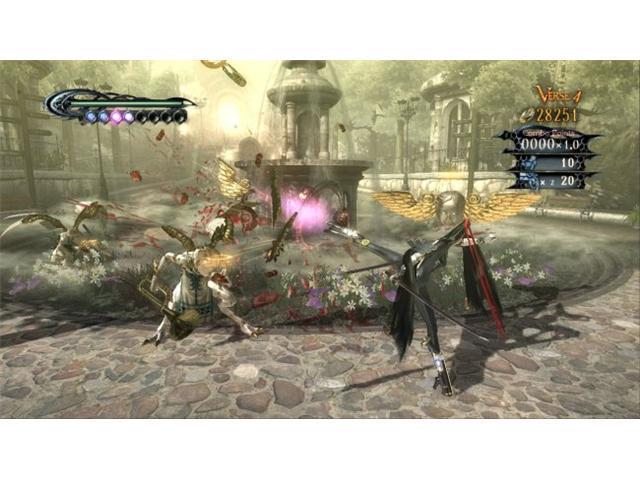 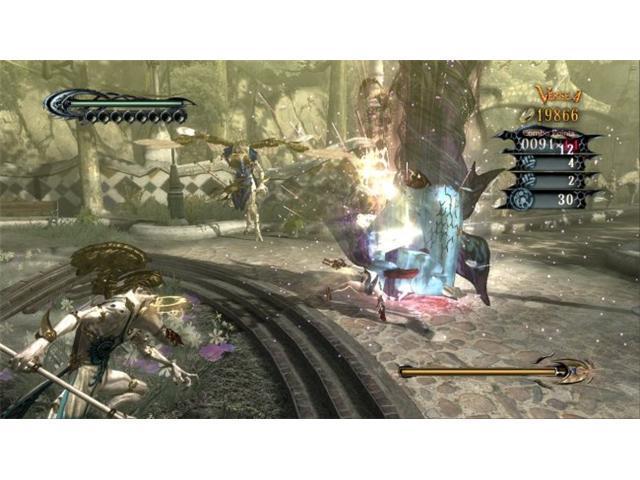 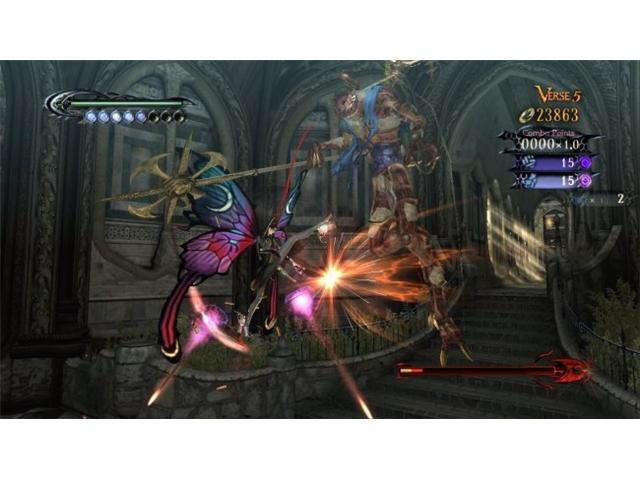 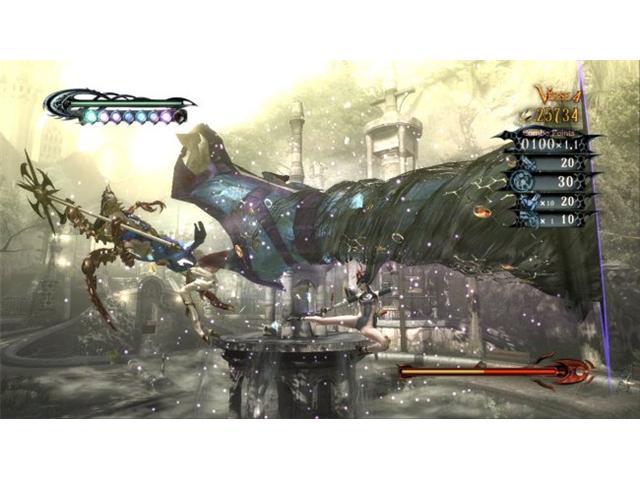 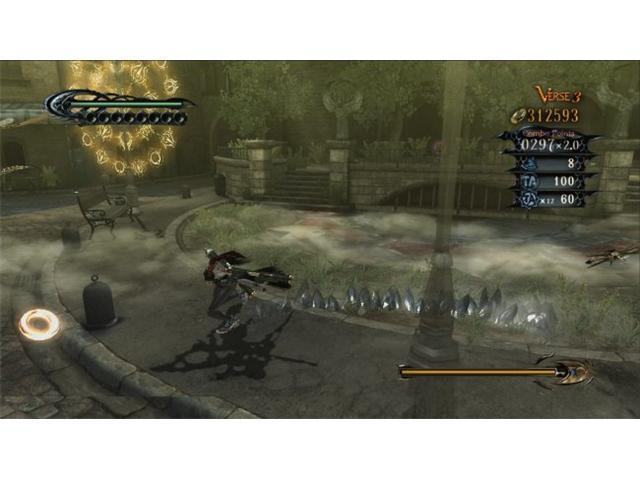 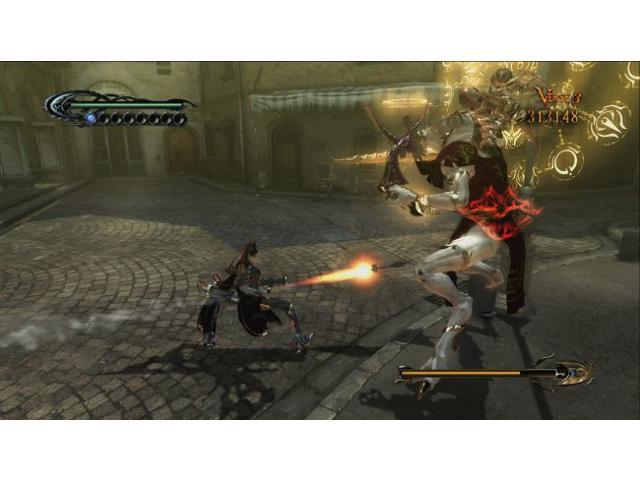 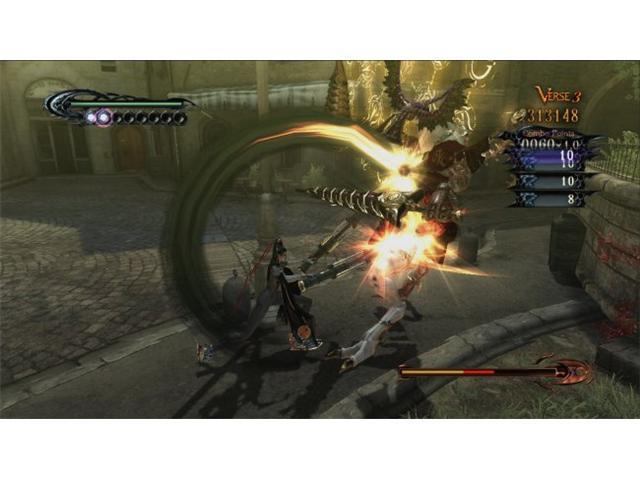 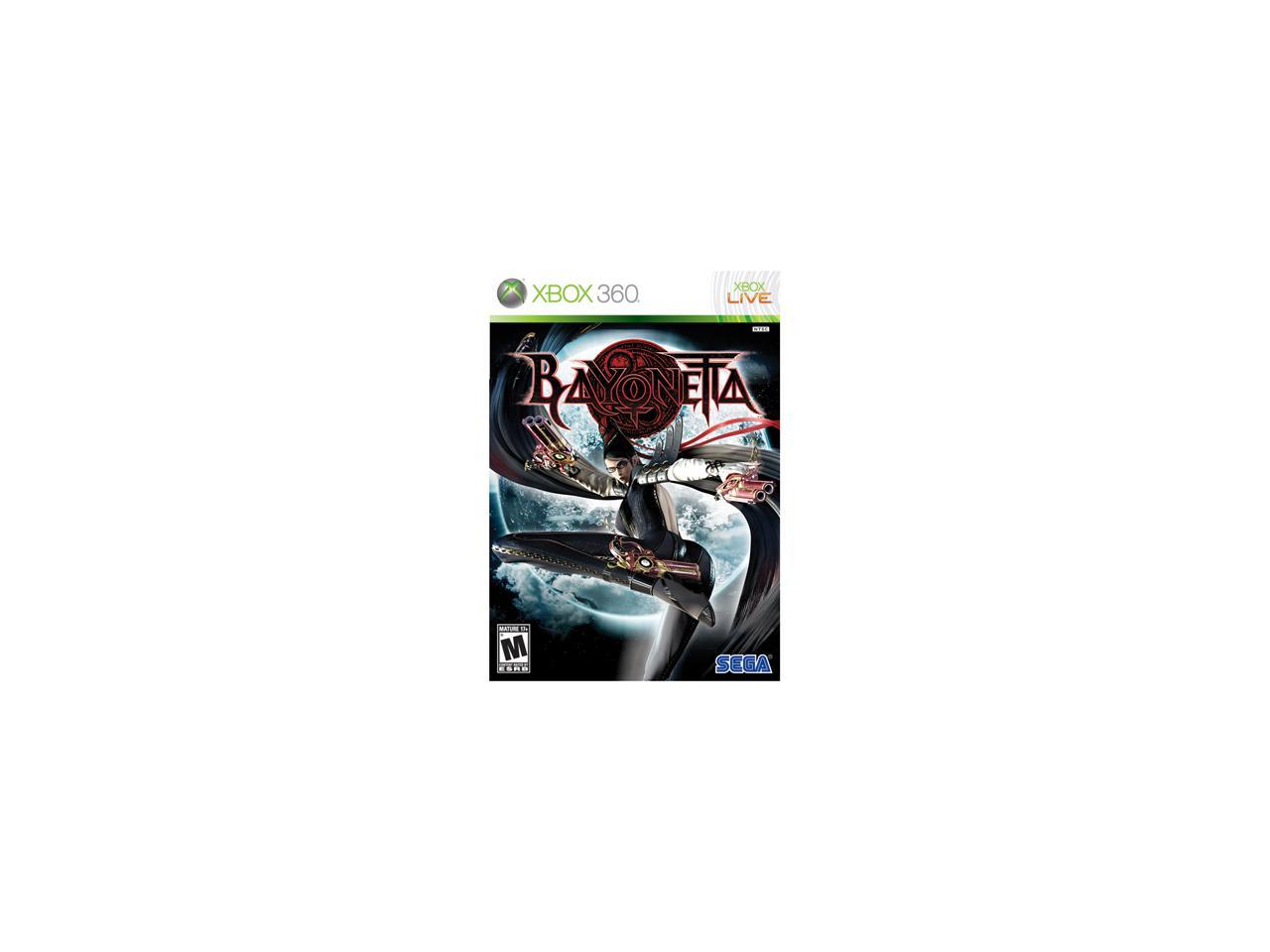 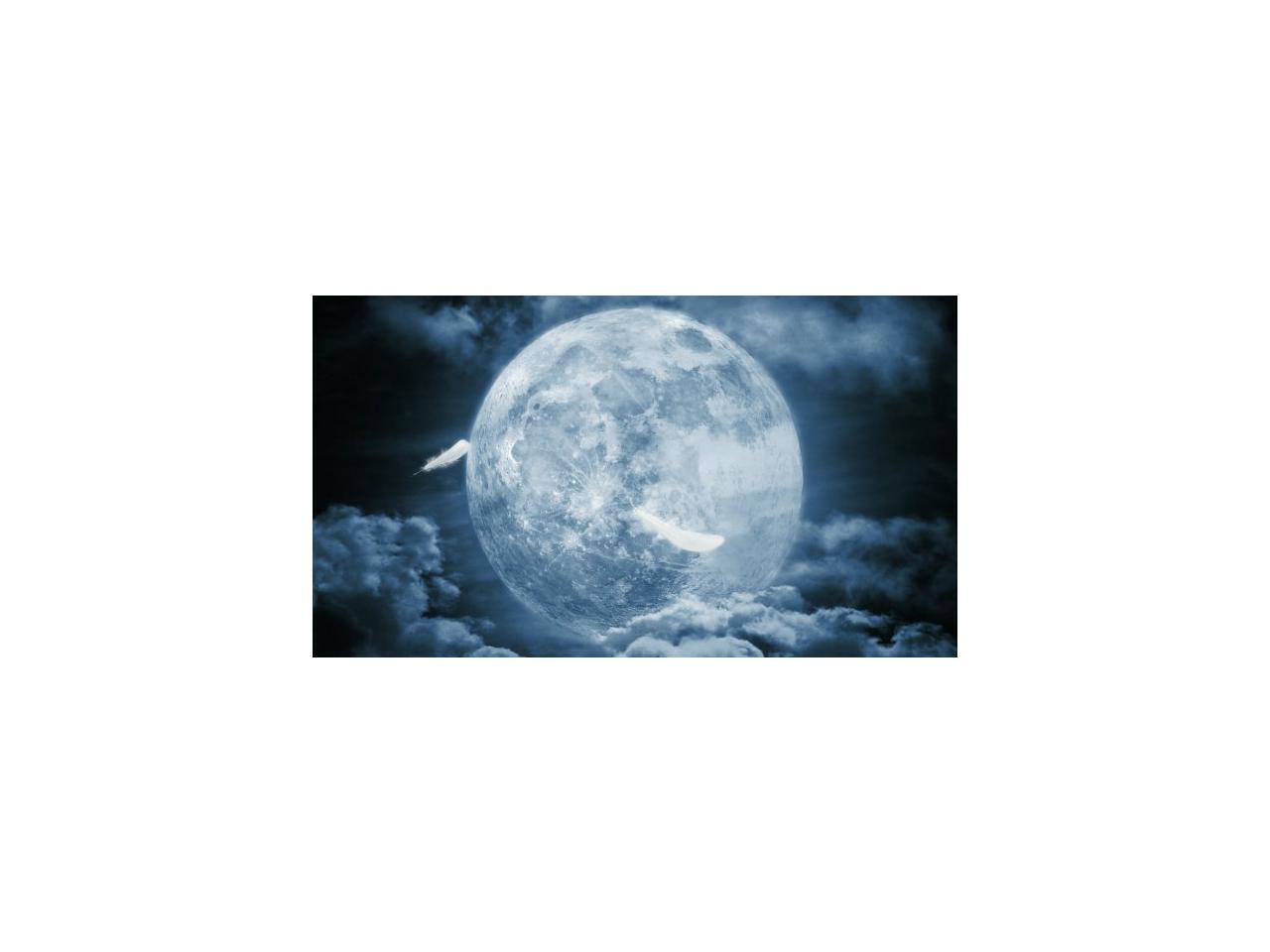 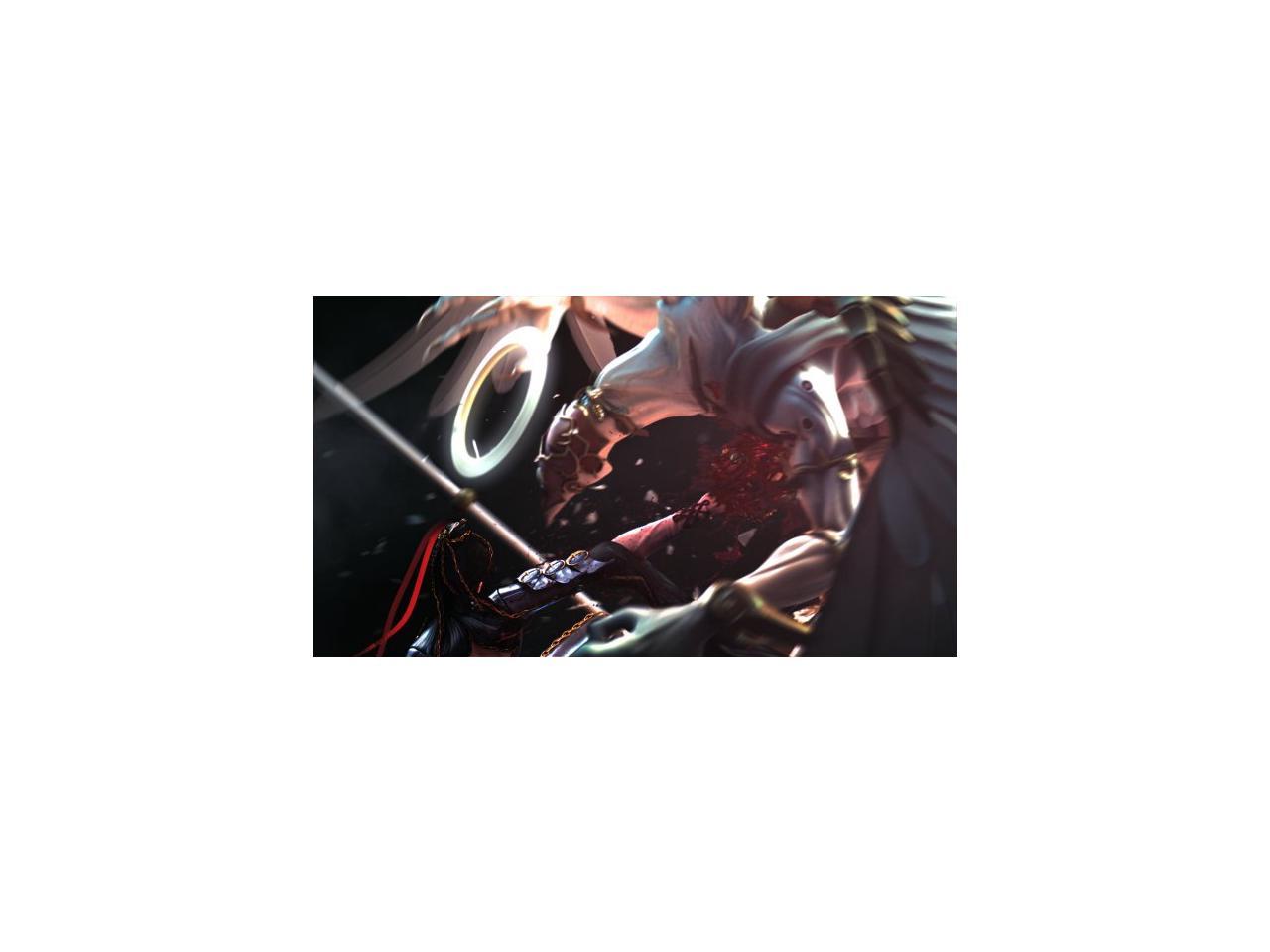 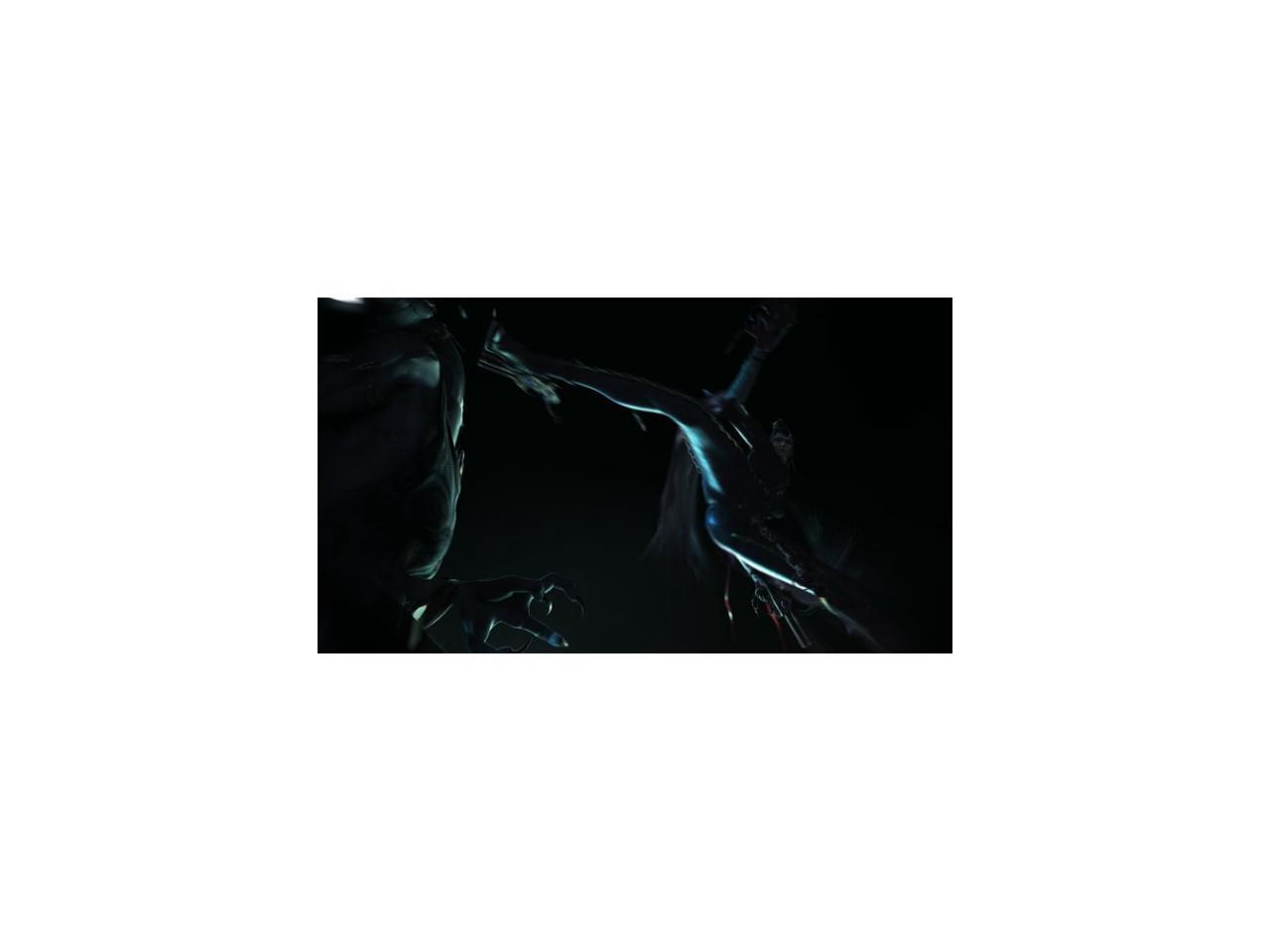 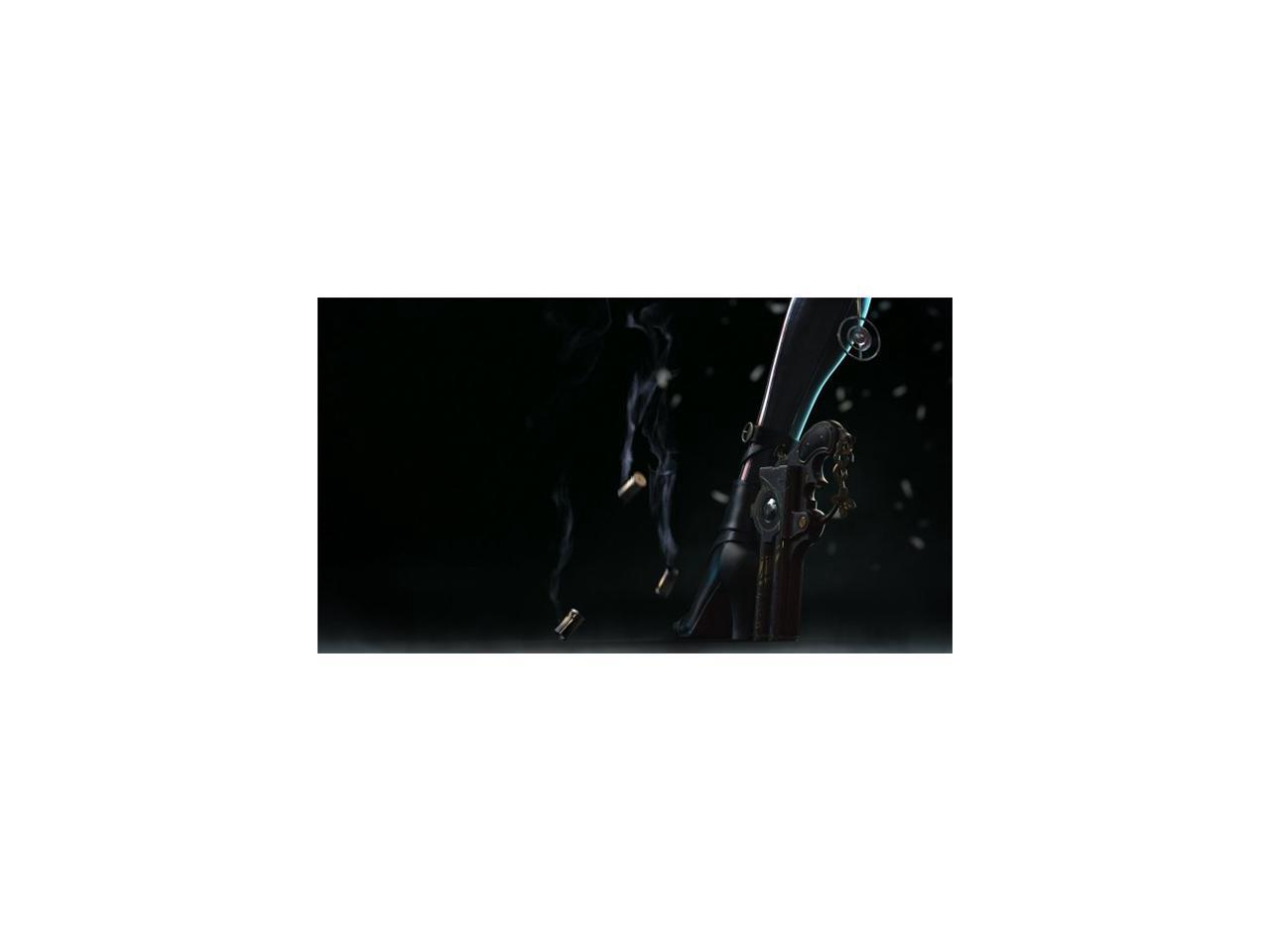 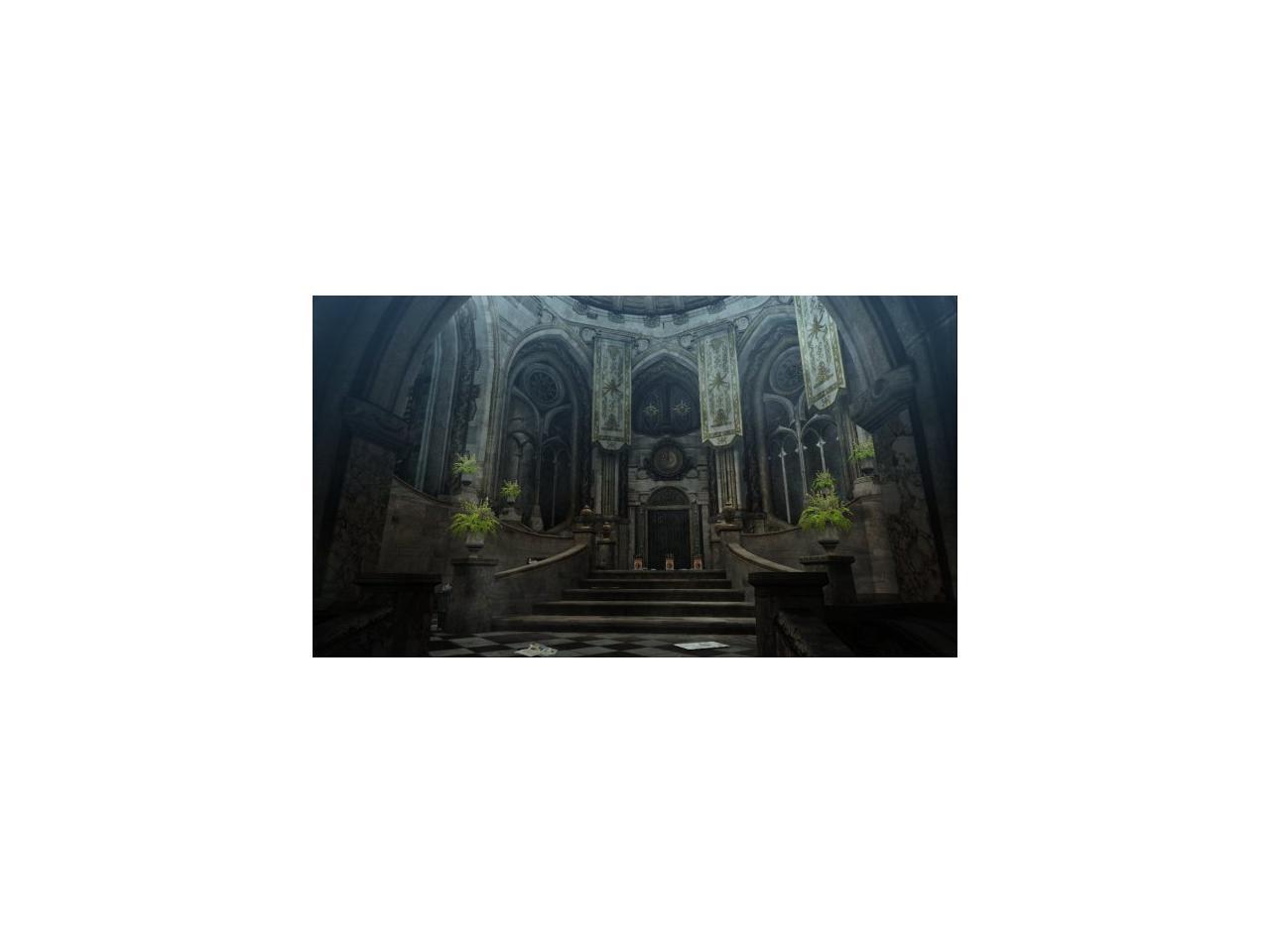 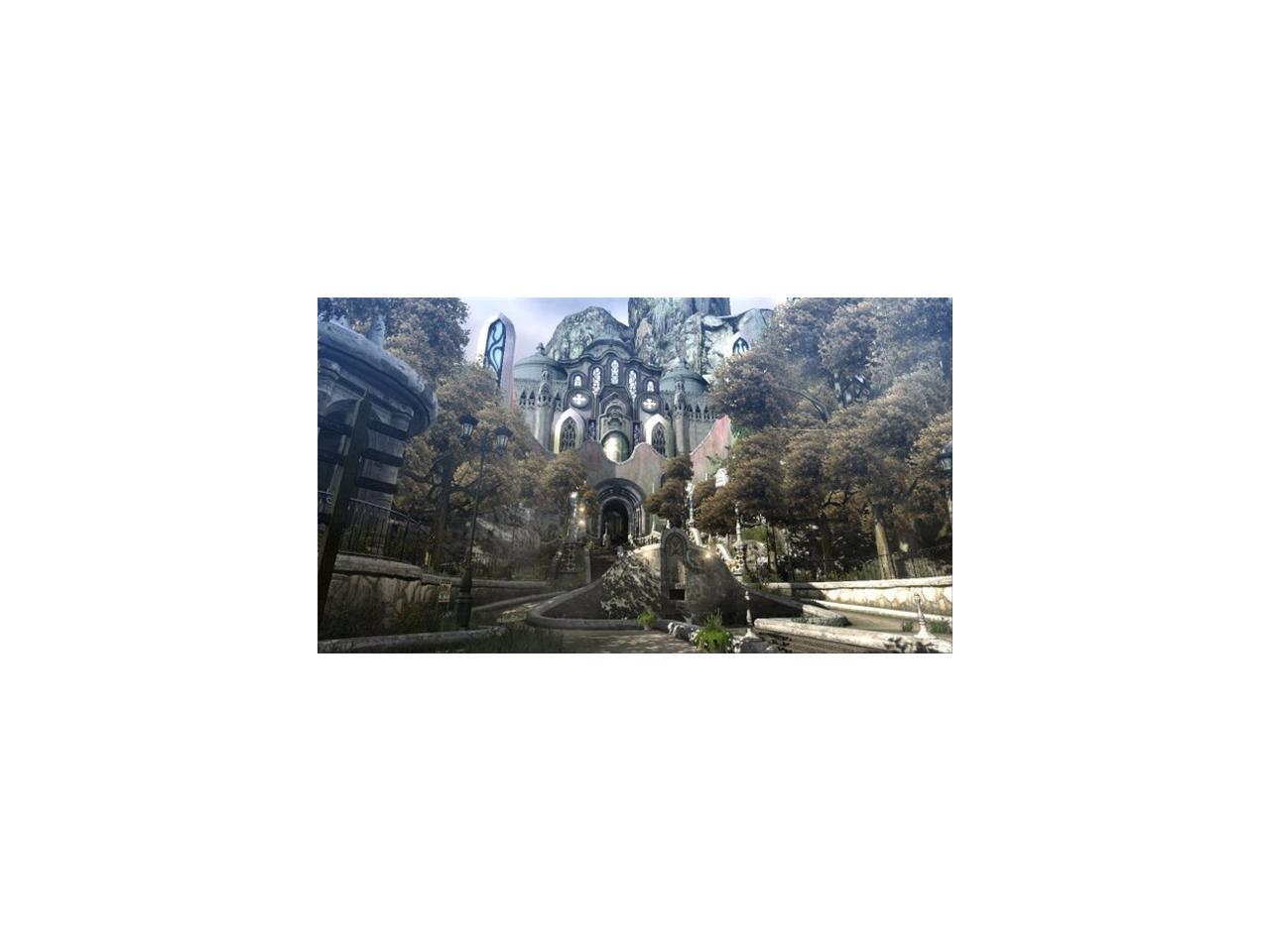 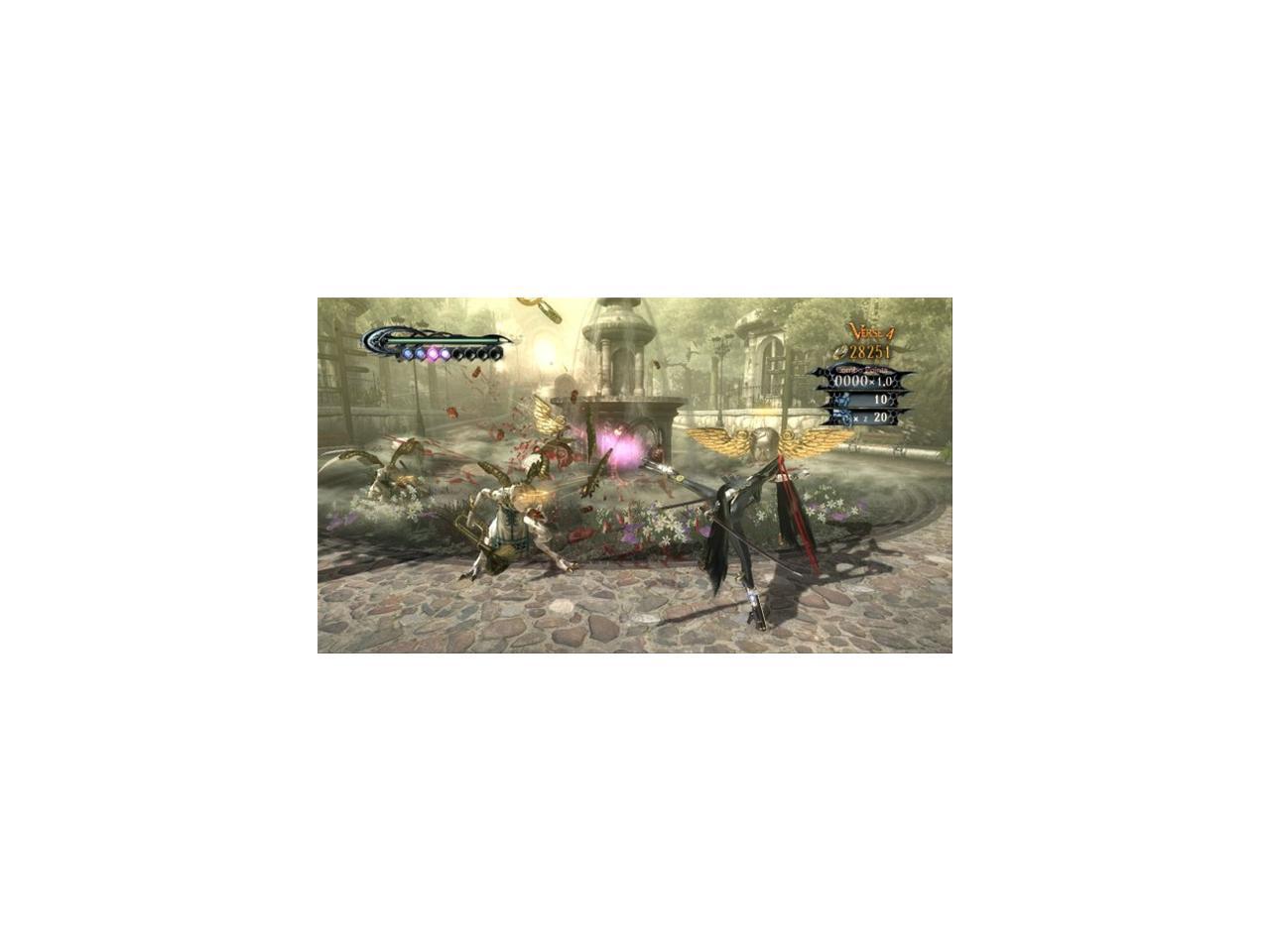 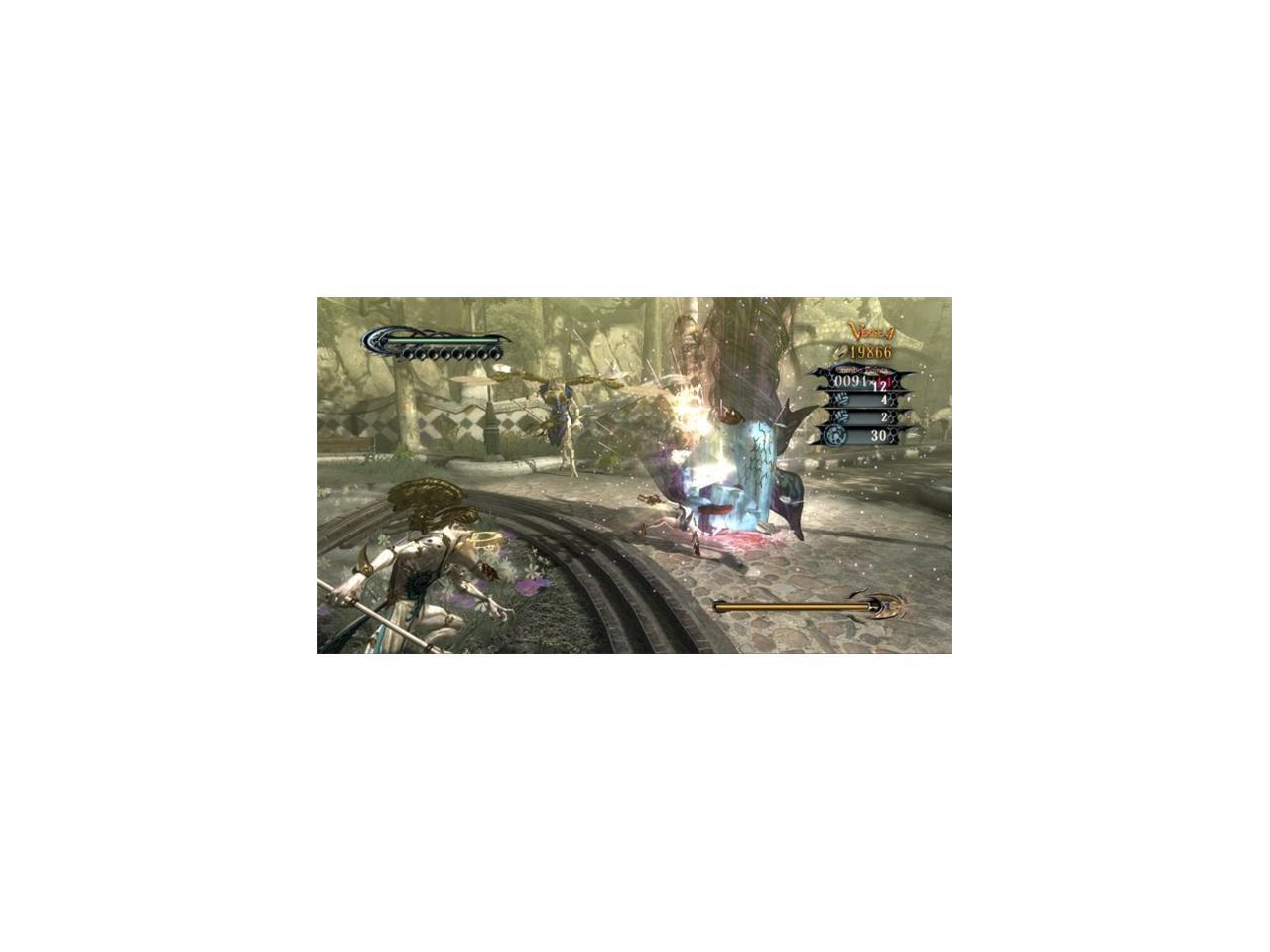 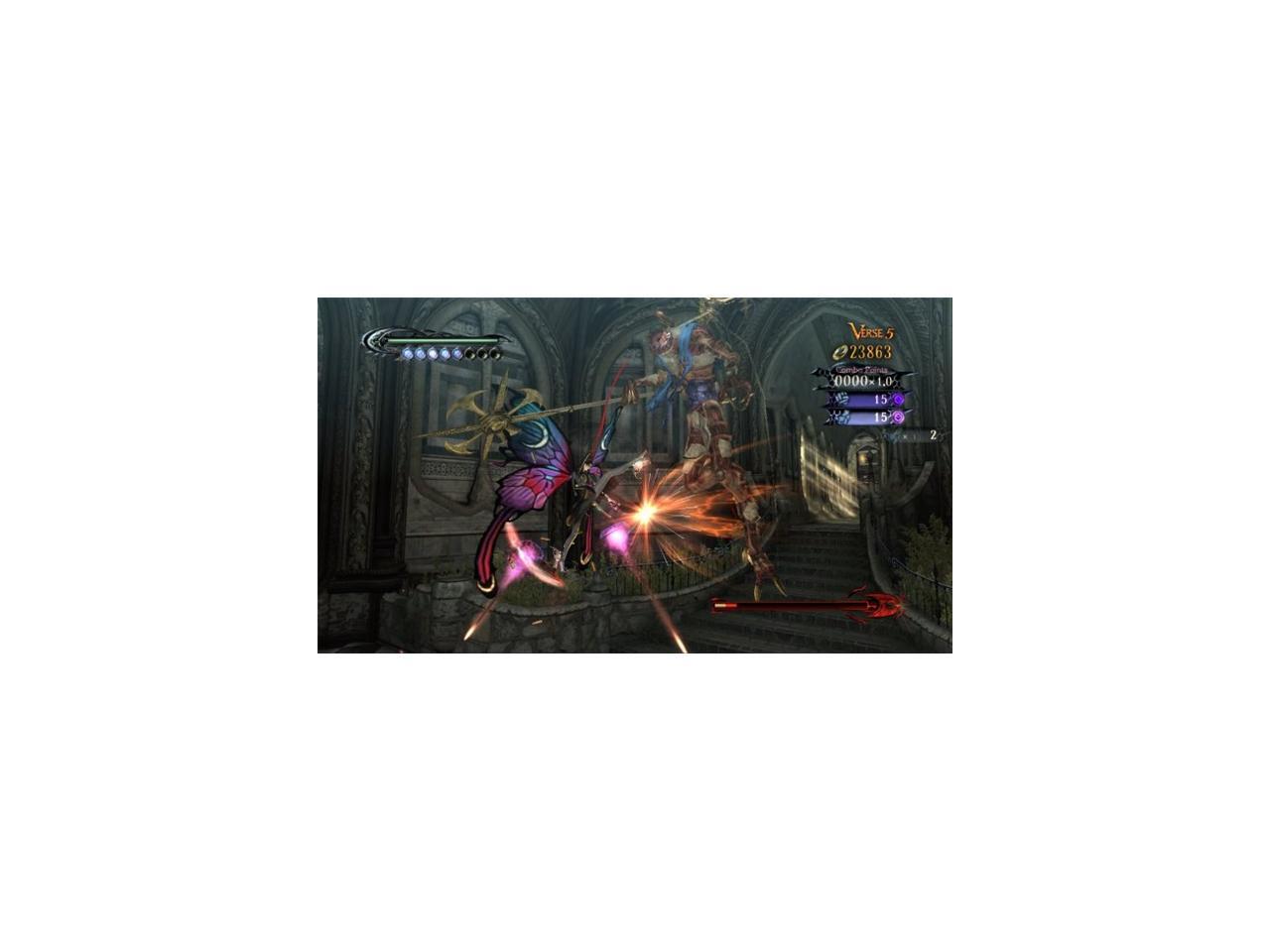 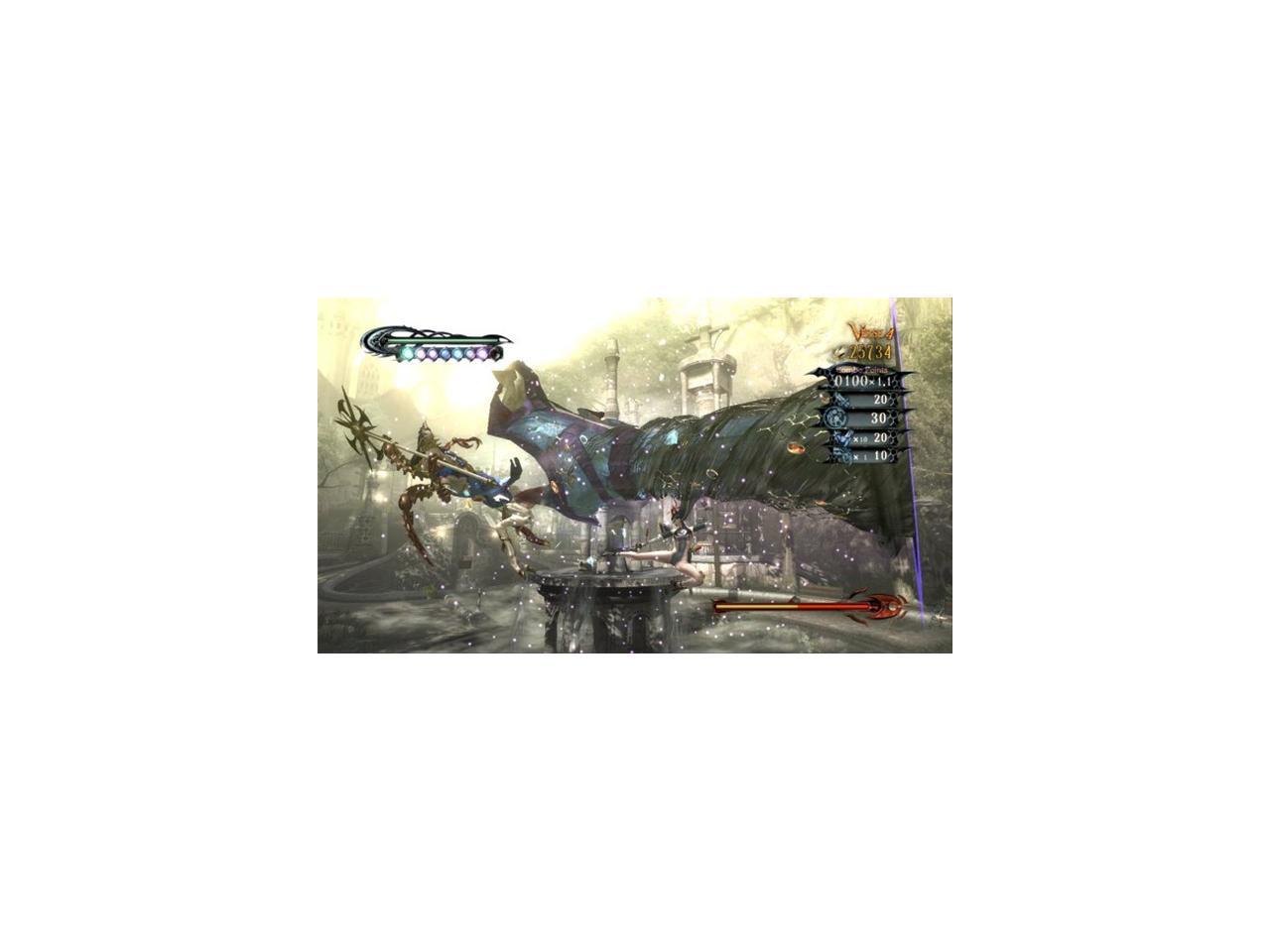 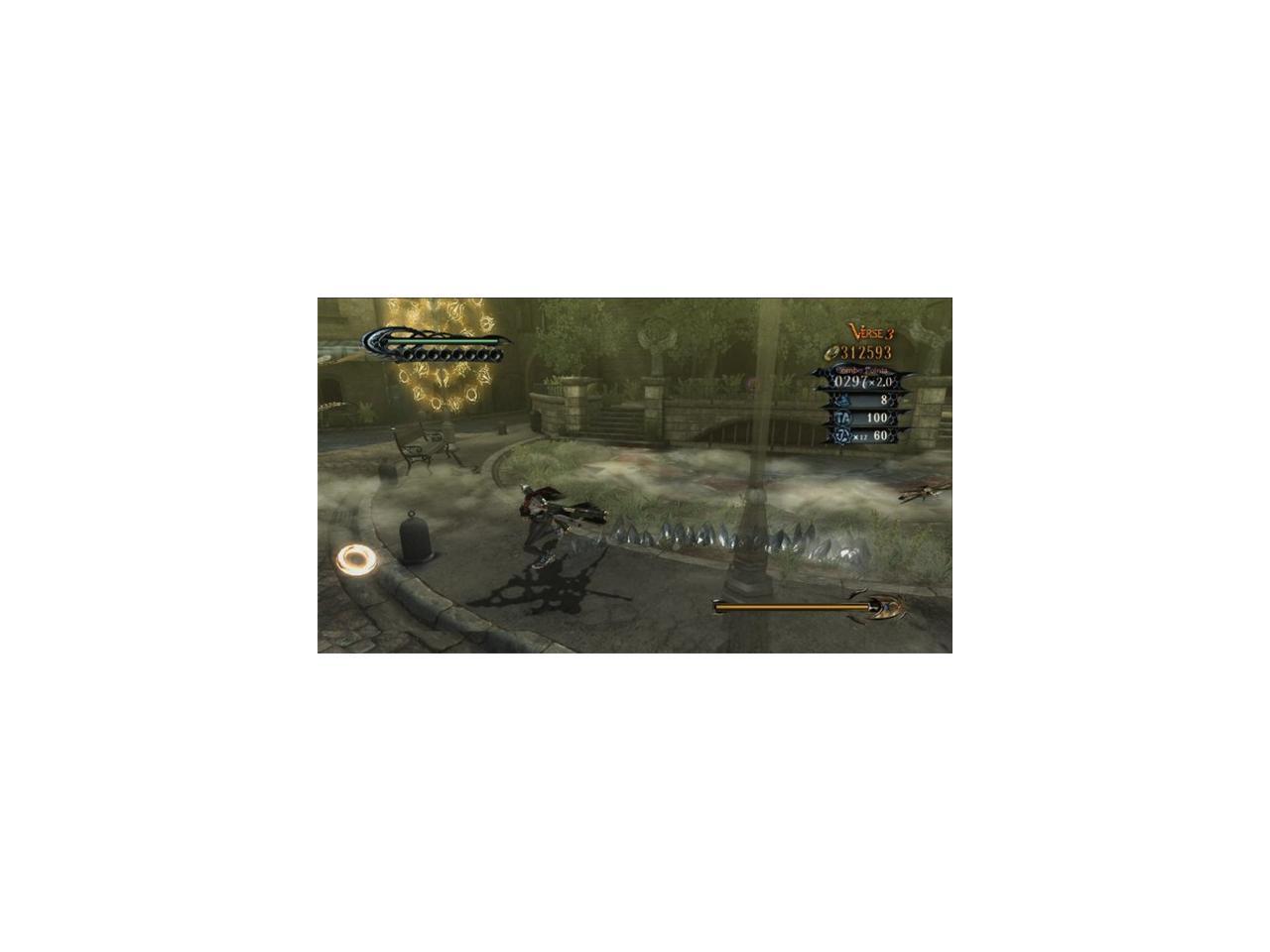 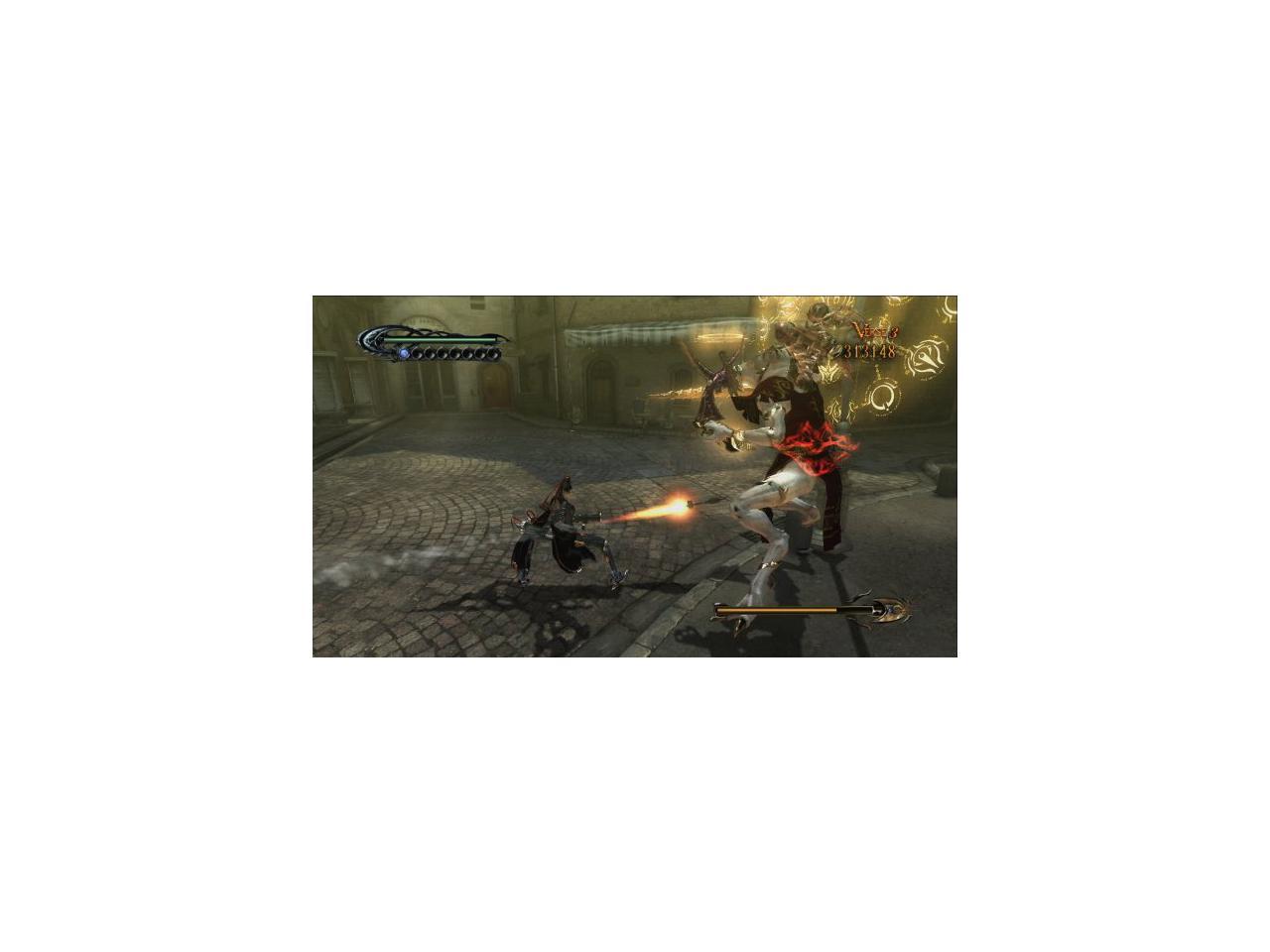 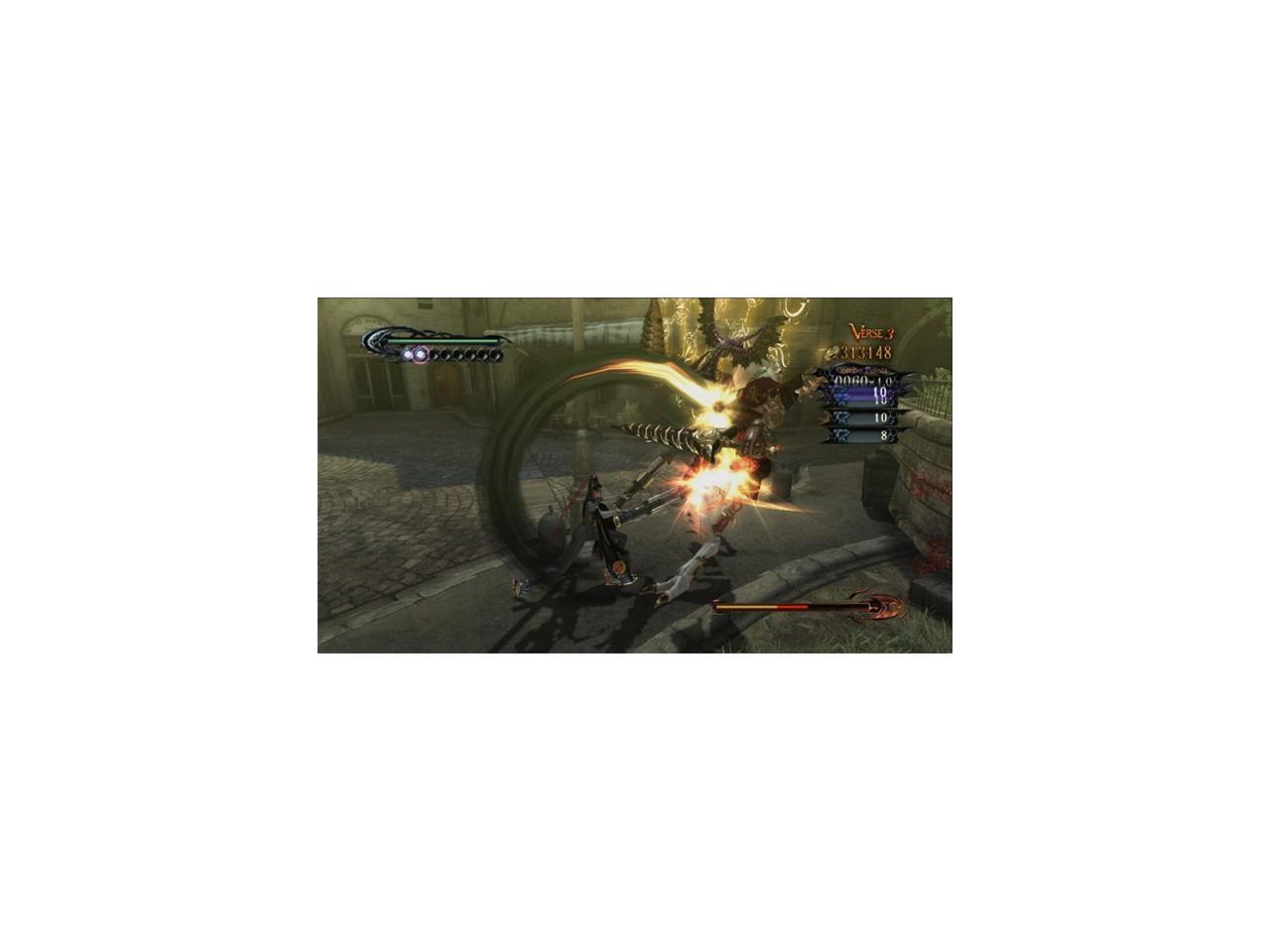 Learn more about the Bayonetta

Pros: + Sexy protagonist + Ridiculous but entertaining cut-scenes. Some words to describe them: epic, funny, touching, mind-blowing. + Fun gameplay. Anyone can enjoy this game, thanks to the multiple difficulty settings. Starting off on "Normal", I began button-mashing and having some success. Later on, I had to memorize a few combos, learn to dodge better, and so on. This game grows as you grow in skill. It's a classic, masterfully crafted action game from the masters of the art: Hideki Kamiya and the other developers at Platinum Games. + Good replay value. There are so many unlockables, and I'm not talking about achievements. Achievement points can die in a fire. I'm talking about weapons, accessories, new costumes, actual in-game items and not "insecurity points". And you will want to unlock them because the core gameplay is so fun. + Long for an action game. I played chapter after chapter, thinking the one I was playing was the last.

Pros: At first, I was not going to purchase this game. The genre seemed overplayed to me, though not as much as the First Person Shooter. I've played all the Ninja Gaidens and the Devil May Crys. What else could be done with this type of game that has not already been done? After my friends' begging me to get it and after seeing a few reviews, I decided to get the demo. I was still not impressed. Only after renting and giving the game a chance did it really being to impress. Bayonetta is an action game brought to us by the creators of Devil May Cry and Resident Evil. You take control of Bayonetta, a witch dormant for 500 years, who has incredible powers. But why is this game good? The combat makes up most of the game. Normally this would be bad. However, it is done so well in this game that you'll be replaying certain areas over and over again in order to improve your scores. As an Umbran Witch, you have not only many weapons and magic at your disposal, (Continued in Other Thoughts

Overall Review: Bayonetta also has Torture Attacks at her disposal as well. These are activated using magic, which is earned during combat through successful dodges and stylish combos. Torture Attacks include Iron Maidens, Pulleys, and Spike Wheels, to name a few. Efficient use of Torture Attacks can make difficult battles more manageable. The combat is incredibly dynamic and rewarding, especially if you take a little extra time learning the combos and the situations in which each weapon is ideal. Customization is great for this, as Bayonetta can equip different weapons on both her hands and her feet. It is fun testing out all the possible weapon combinations as you unlock them throughout the adventure. The graphics and art direction in this game is also impressive. The animations are fluid and voice acting is solid. As I reach the 1000 character limit, consider giving this game at least a rental; You will not regret it.

Pros: Even if your a PC gamer like me, this is one title to own for the 360. The graphics are insane as is the game play, you gotta use your imagination on the story, it's well put together but not all-telling which leads me to believe there will be a 2nd. hopefully anyway :)

Cons: not a con: but anyone used to PC gaming like me will find it extremely difficult on anything above easy mode. there is a huge difference between the first 2 modes and normal. Normal on this game is like (are you out of your bleeding mind) on any other game. mind you this isn't a con it's just a heads up. it's not DMC LOL

Overall Review: when I saw this game was a Hideki Kamiya game, I knew I'd be getting it :) Loved the DMC's but Bayonetta I'll get to the tougher modes no matter how many times I get spanked :) If your thinking about this title, just get it, you won't be disappointed.

Pros: Love the mind-blowing scenery and endless combinations of fighting moves in this game! I keep going through scenes where I'm simply blown-away by the look of this game.

Cons: Sometimes that perspective when you're playing leaves a little be desired, but you can't have EVERYTHING.

Overall Review: This game is great for the jaded gamer who is tired of the "same old same old".

Pros: This is my favorite 360 game

Cons: wish we got more games like this on the 360

Overall Review: The 360 version is better than the ps3.

Pros: If you enjoy Hack & Slash / Action games, Do not deny yourself of Bayonetta. Hands down one of the best action games I have played. BUY IT

Pros: Just fun to play, great story. Fun enemies. Bayonetta character is entertaining. Fun dialog. Has a little puzzle solving ( very little). The worlds she fights in are different and cool. Her finishing moves is enjoyable to watch.

Cons: Little short, some cut scenes are still clips.( Why? they rest were great) A few slow downs at times.

Overall Review: After trying the demo.. I figured, Its good. I'll spend my money on it... But after playing the full version. Wow, this is really fun. Its one of the few games I would do a second play-through. I enjoyed DMC back in the day. And this is much better.