OUT OF STOCK
Sold by: Newegg
Shipped by Newegg
Price Alert
Add To Wish ListFound on 12 wish lists 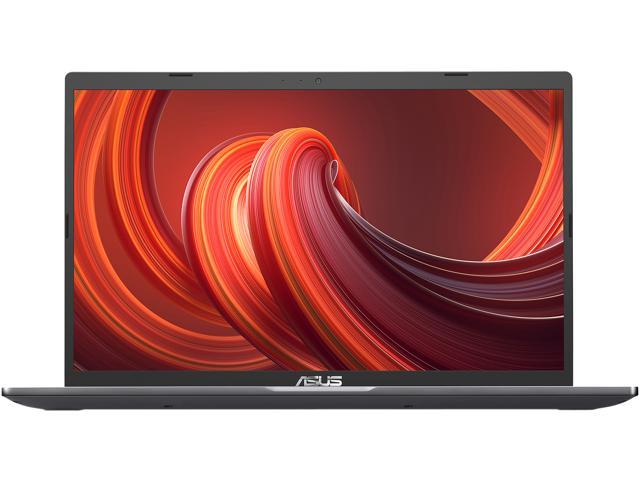 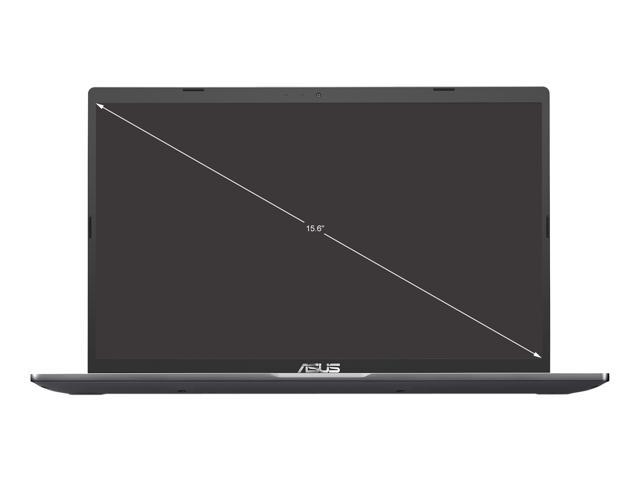 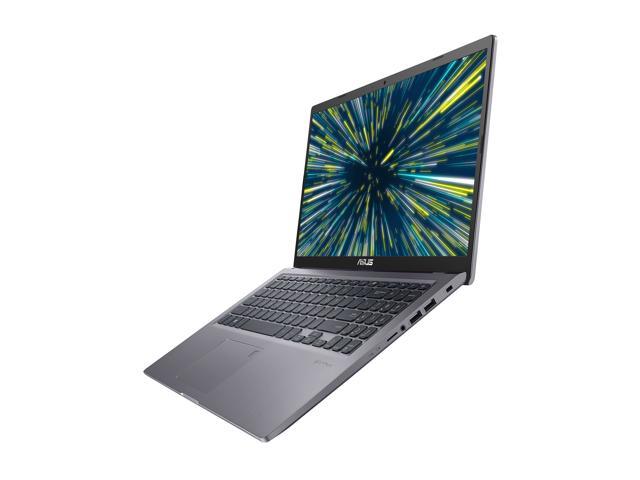 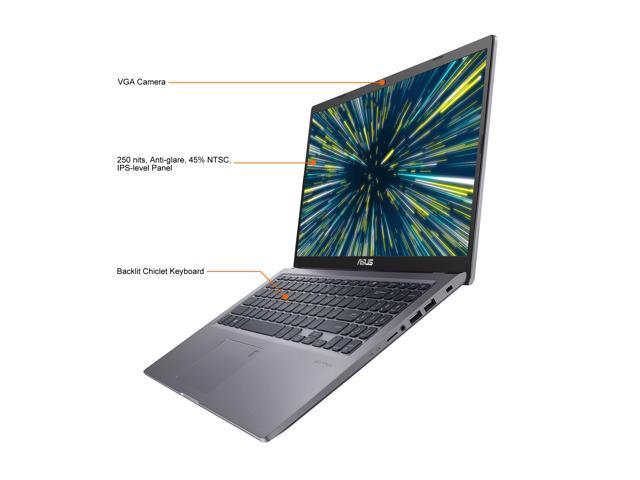 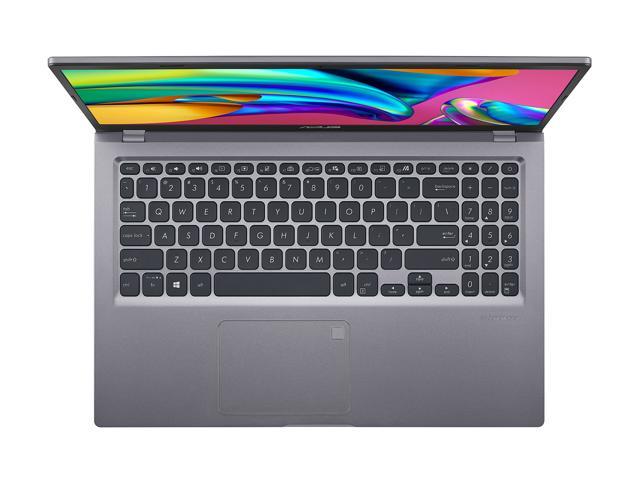 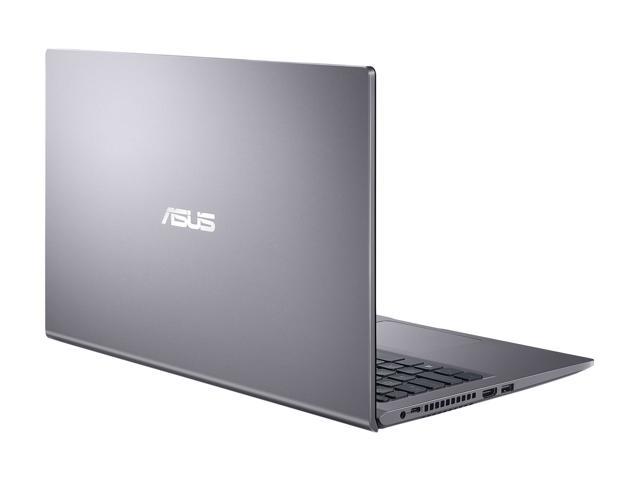 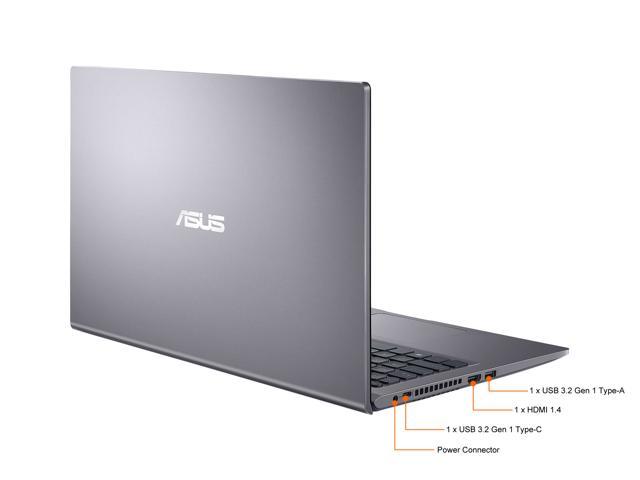 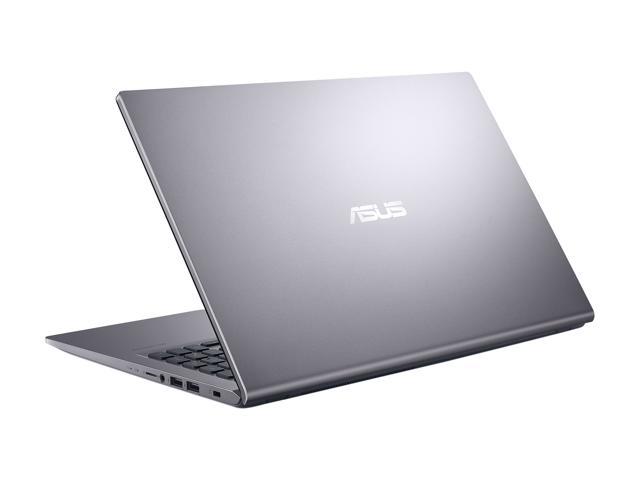 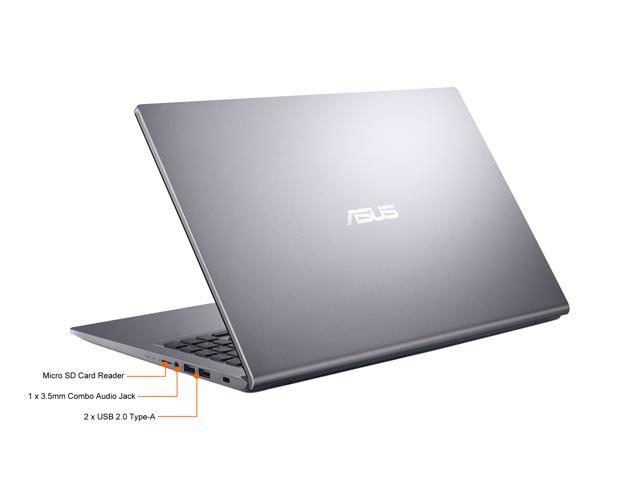 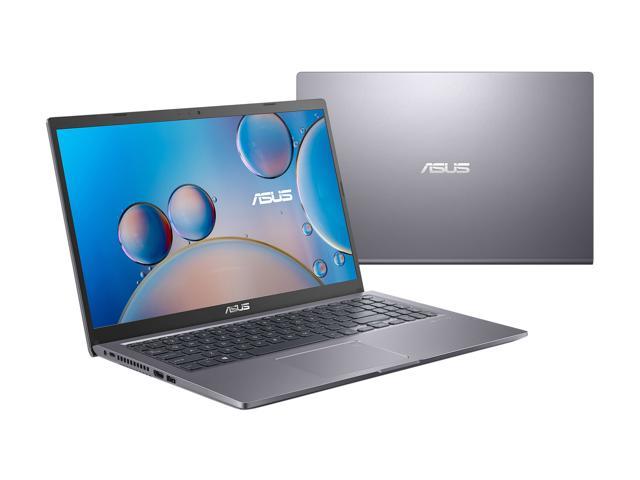 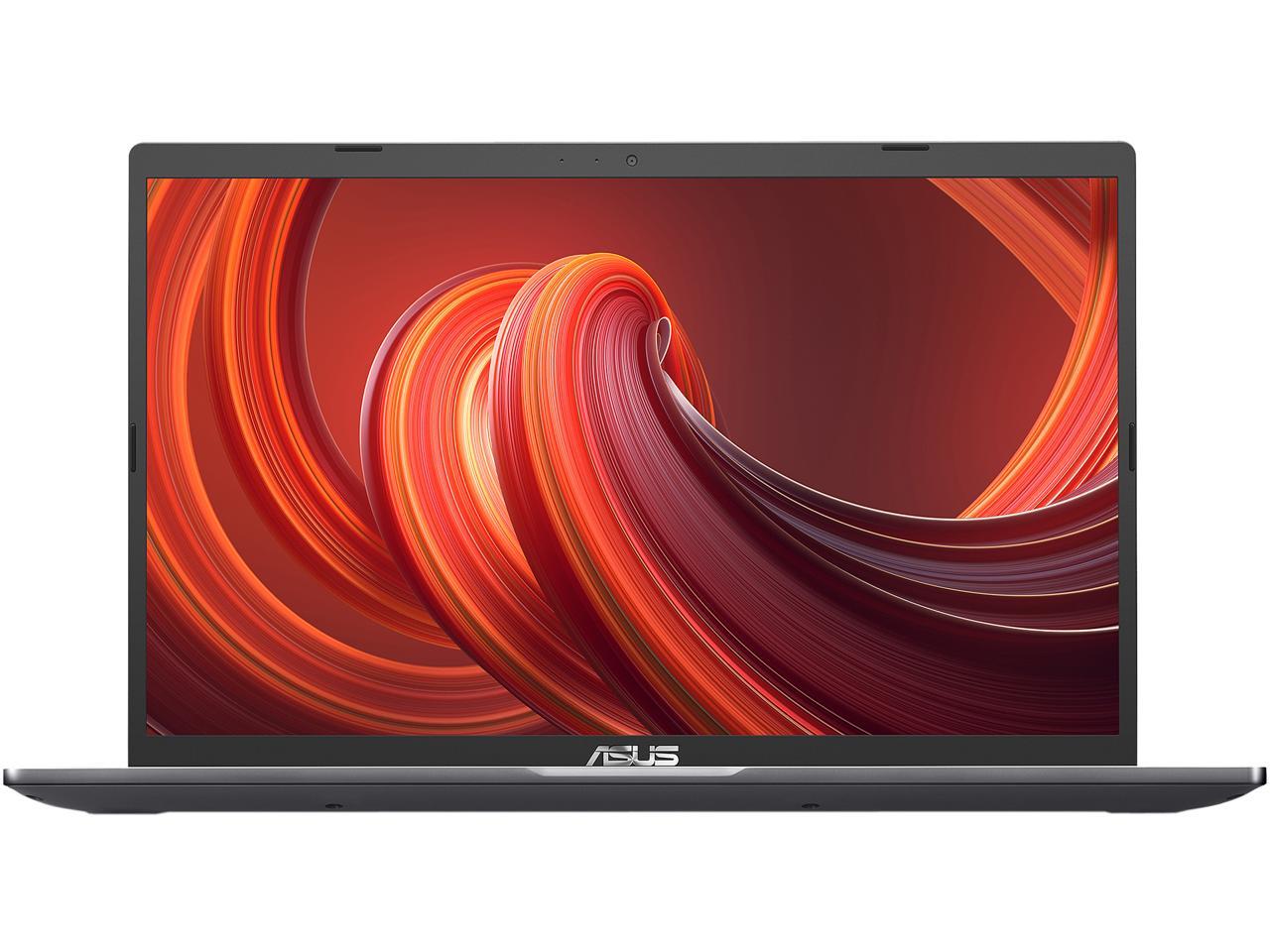 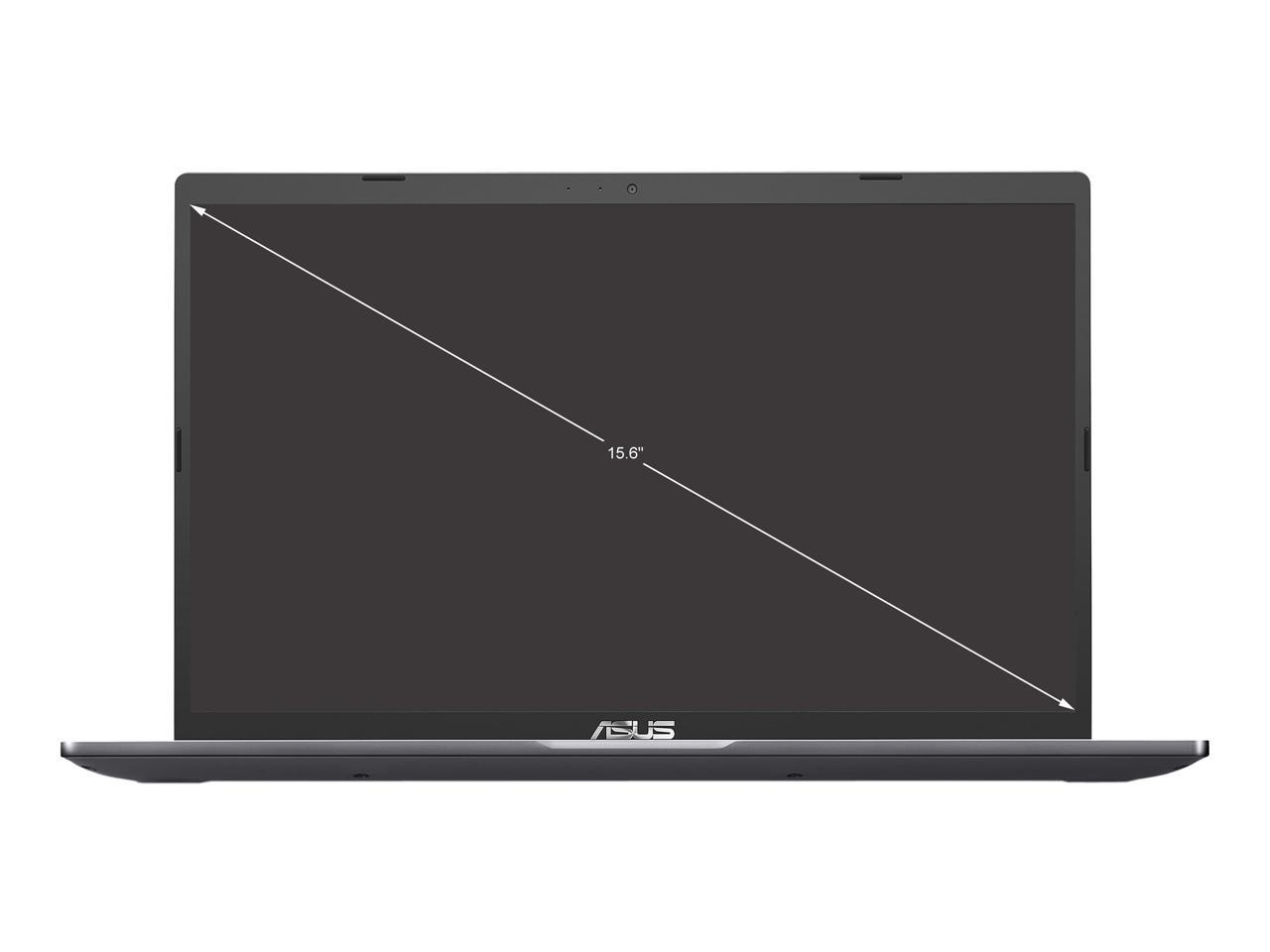 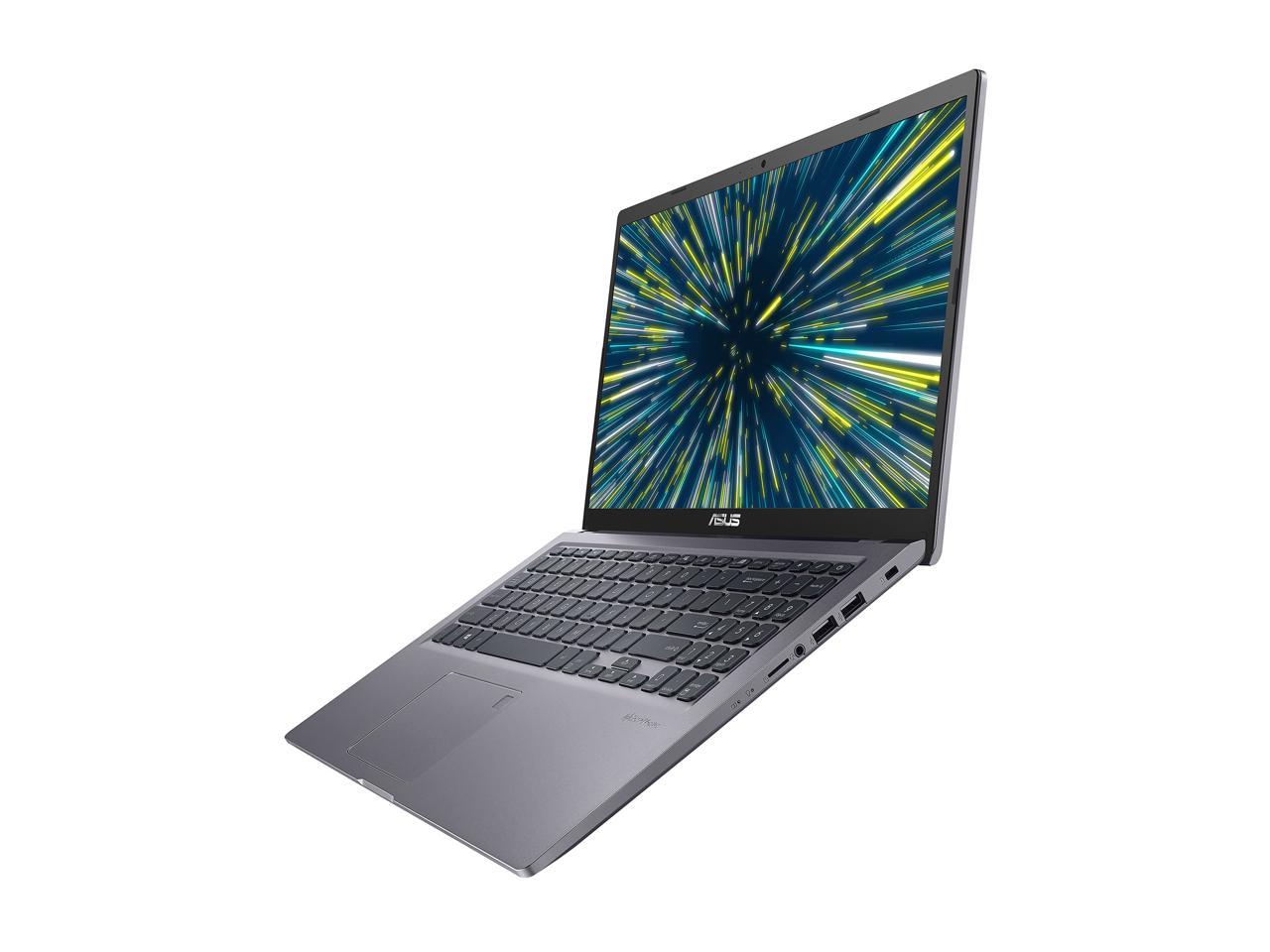 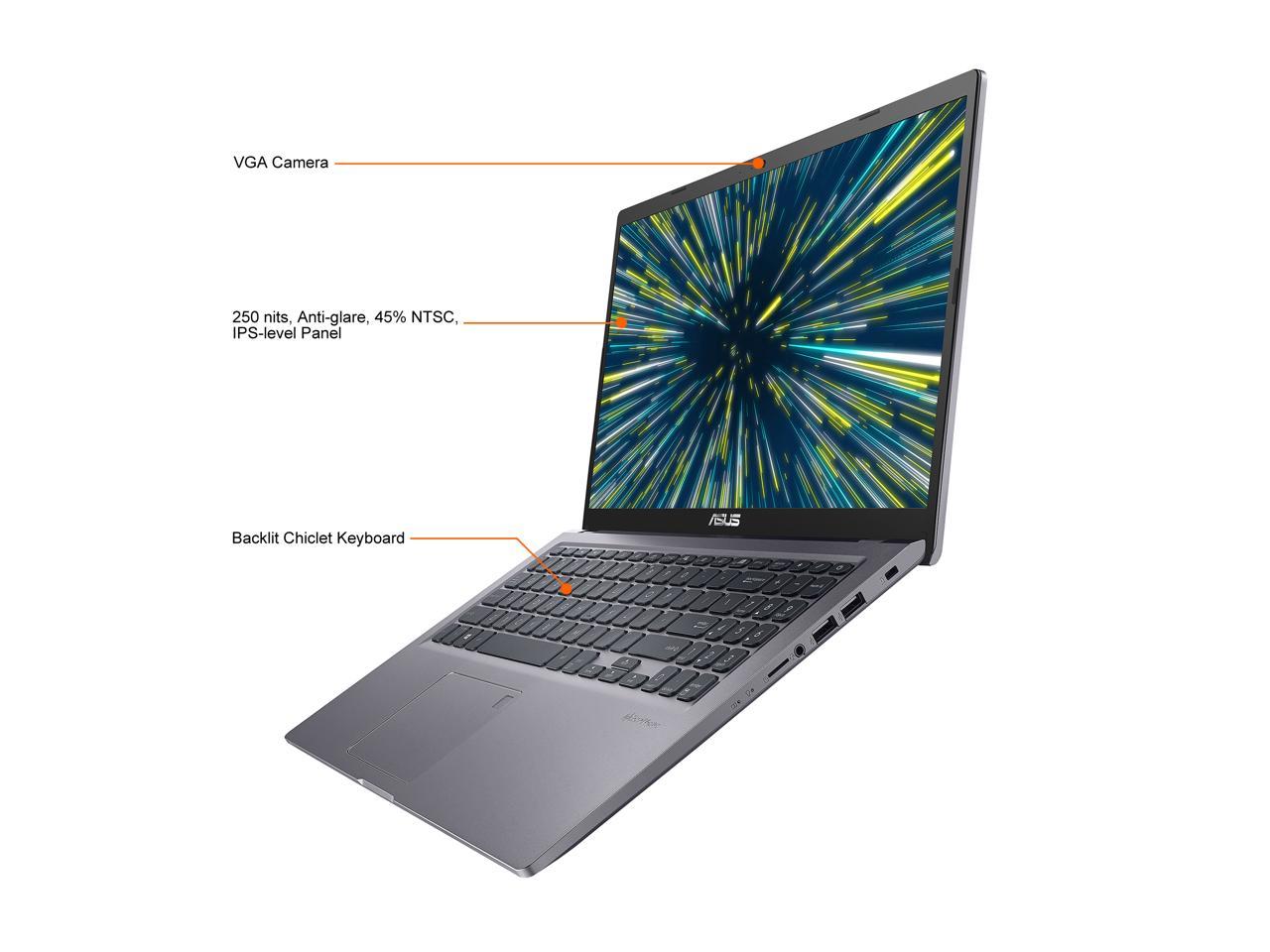 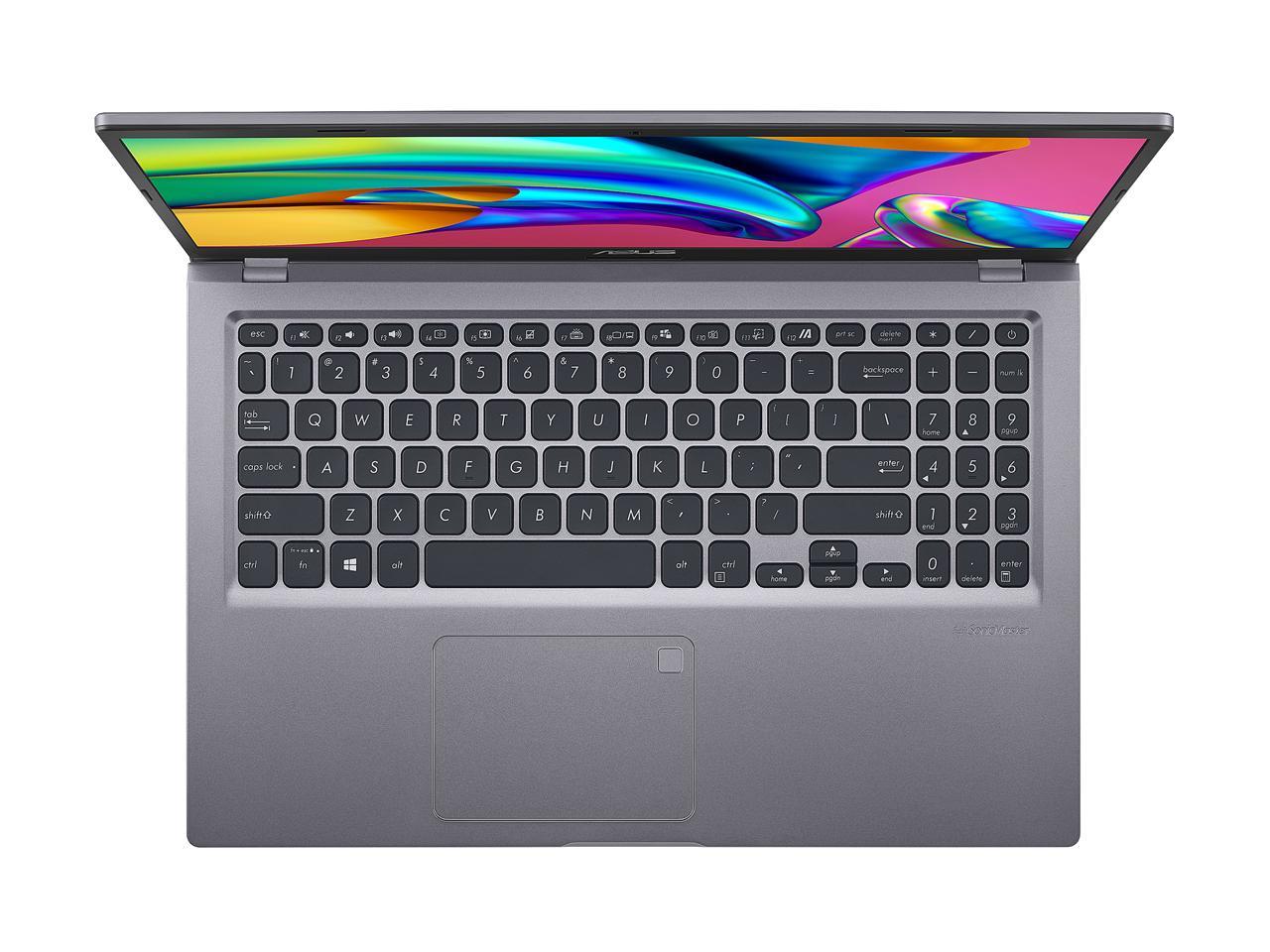 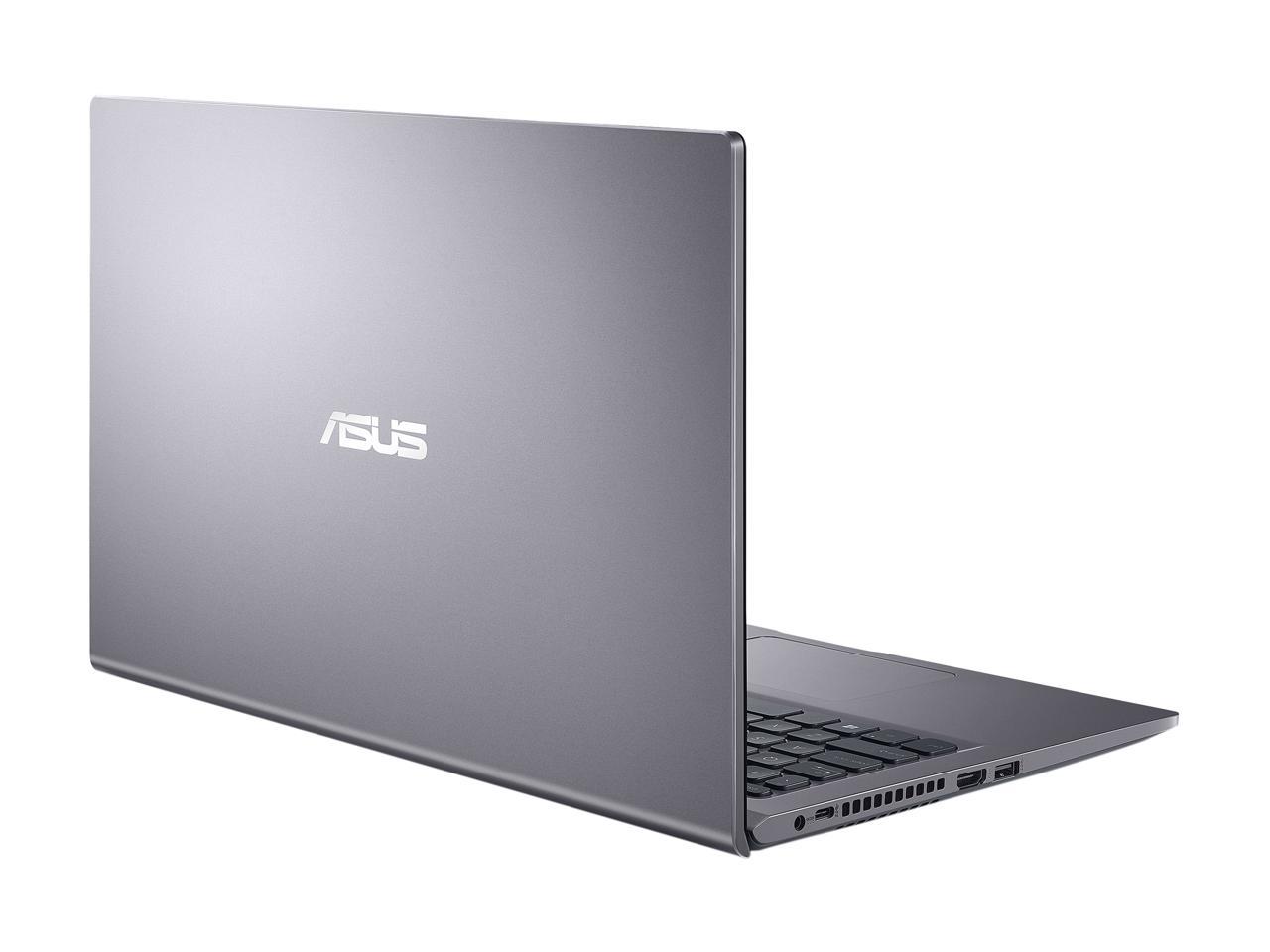 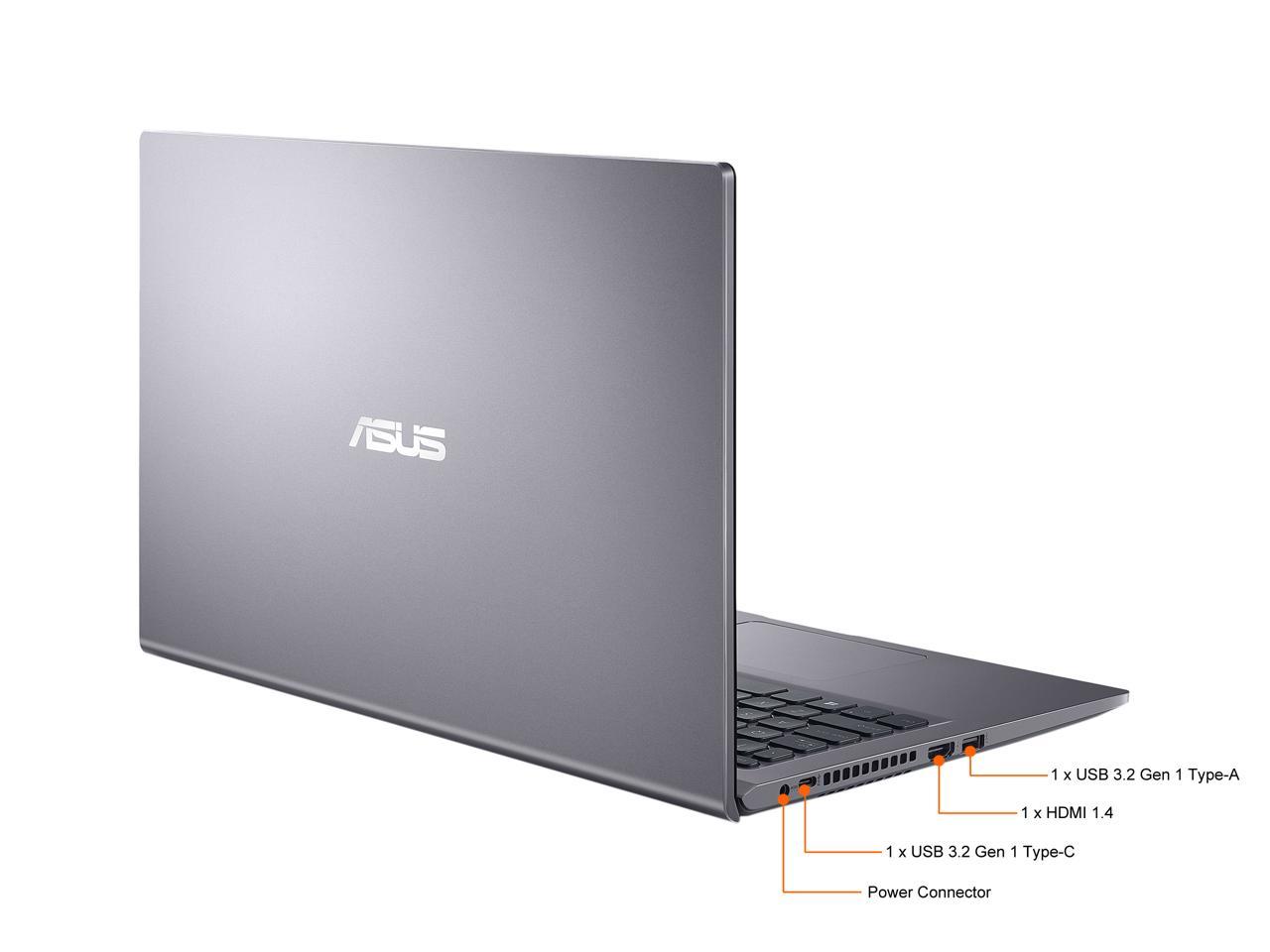 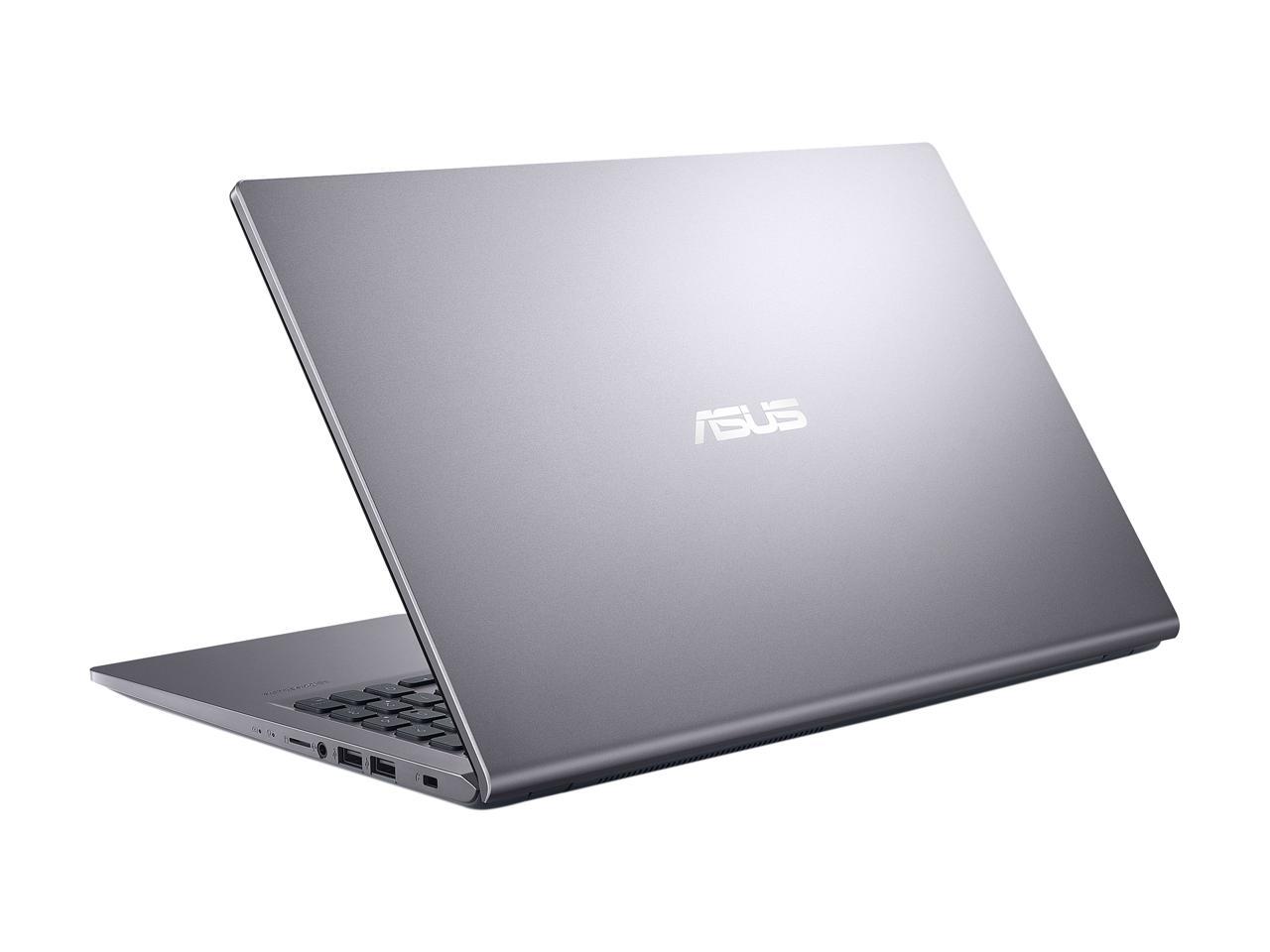 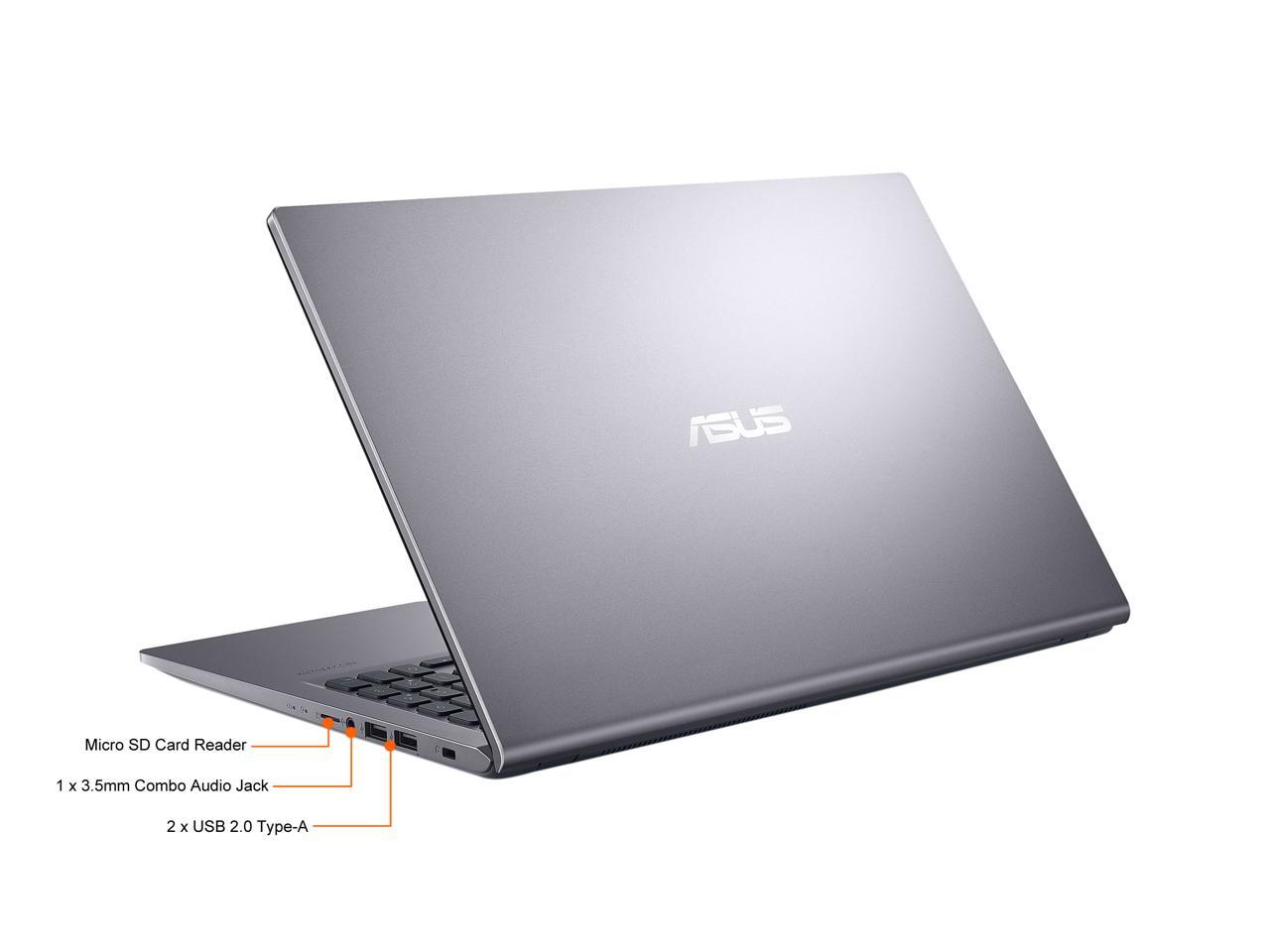 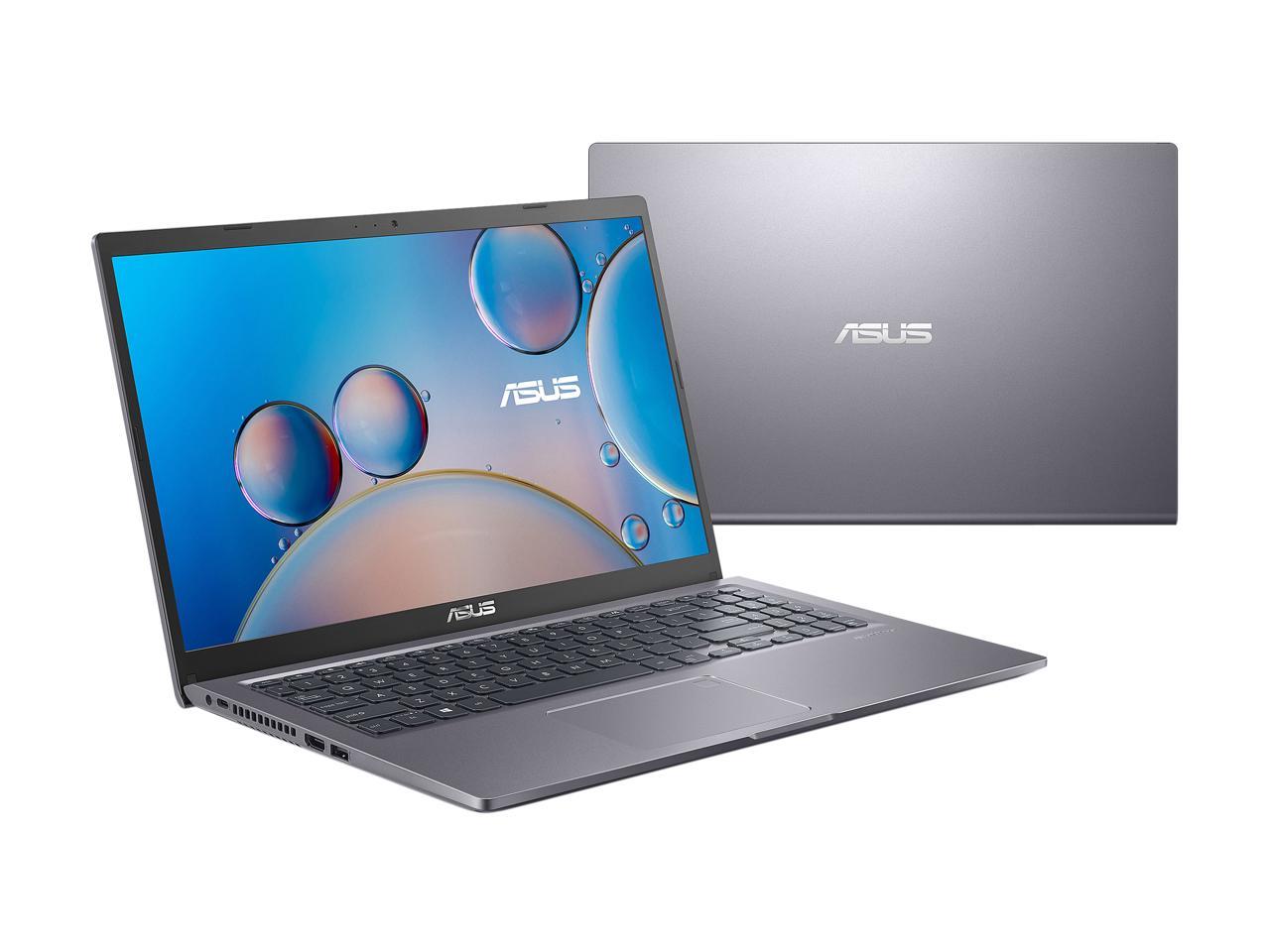 Learn more about the ASUS M515UA-NS77

Overall Review: A laptop with similar main specs (Ryzen 7 5700U, 512gb NVME SSD, and 16gb RAM) usually cost $100-200 more depending on the brand. I was curious how they could reach this price point with that excellent mix of specs. As listed in my cons for this laptop, the cuts were made in the WiFi card, the webcam, and lack of USB-C charging. The WiFi card is only 802.11AC or Wifi-5 and BT 4.1. Seeing as the WiFi standard is already moving on to Wifi-6e, that's already 1.5 generations behind and Bluetooth is on v5.2 now. I cracked the case open to check out the internals and was additionally disappointed to learn the WiFi chip is single band only (1x antenna) which was not mentioned in the specs. There's physically no port on the WiFi chip to add a second antenna so you'd need to buy a new chip as well as a second antenna if you wanted to upgrade. The webcam as noted is only VGA 640x480 resolution. It.... works, but the image quality reminds me of webcams from like 20 years ago. 720p at least would have been nice. You'd be better off having a zoom conference on your smartphone's front facing camera quite honestly. Lastly, the lack of USB-C charging is a little irritating considering the laptop does have a USB-C port. Thankfully the power brick is pretty small (it's only a 45w unit), but still it's one extra proprietary thing you'll have to lug around. Imagine needing only one USB-C charger that could charge your phone, laptop, and tablet? When USB-C will soon be capable of handling 240w with its newest revision, the lack of USB-C charging is a huge omission for a laptop released in 2021. Battery capacity is a little low comparatively, however that's unavoidable given the thin size and light weight of the laptop so I'm indifferent on that part. Negatives aside, the 5700U processor is fantastic. It's very powerful compared to a lot of the Intel mobile chips. Admittedly it's only Zen 2 architecture, but you're not really missing out on much from a general productivity standpoint. The NVME SSD and 16GB of ram complement the processor very well. The system is very responsive and applications open quickly. The fingerprint reader is also very fast and seems to be reliable. Overall a great laptop, I'd just plan on getting an external webcam if you need to have web conferences often and hopefully you're okay with lugging around an extra power brick. The WiFi card can be replaced/upgraded to a newer standard (Intel AX210 works with AMD processors) via the m.2 slot, just plan on having to buy an additional antenna with the new WiFi card and finding a place to install said antenna.

Pros: Best Bang for buck and it can game.. The last time I bought a laptop was 5/6 years ago and it was ok after, I upgraded the Ram and put an SSD in it.. But this came ready.. 16Gigs Dual channel at 3200Mhz speed.. This thing is fast and I can't believe it's only $600.. It's every bit as fast as my Desktop, Maybe faster in light tasks.. Slower in multi.. Got a 2700X anyway have used it for a few days and I'm so happy I found this. I almost bought the ACER 4500U 8Gig with a second stick of ram at 2666 and I procrastinated, and got lucky with this with 16gigs at 3200 out of the box which matters with this chip.. It is fast. Its the fastest laptop I have ever owned without a dedicated GPU Definitely. Screen could be brighter but you can't CON that because of the Raw Power.

Cons: None at this price really, It's really a hopped up 4600U and Not Zen 3.. Kinda False advertisement.. Could have done better with cooling Keep in Mind it is a thin N Light it doesn't run at 4.0ghz really ever, however it will hold above 3.0ghz while gaming mostly around 3.5ghz depending on the game. Finally the refined Zen2 chip is fast even at 2.5ghz. That being said this is the fastest laptop I have ever owned. It's not a gaming laptop but you can game on it on lowered setting and resolutions.. You can pretty much play anything at 1600/900 or worst case 720P. but who cares for light on the go gaming.

Overall Review: I definitely recommend the laptop, keep in mind it's Zen 2 not Zen 3 But it's still fast as hell and you can play any game with adjusted settings.. I play a lot of older titles still, and this laptop plays them all at 1080. Some of the newer AAA titles need to be dropped down to 1600/900 in order to stay above 60FPS but perfect for on the go use..

Pros: - With the 500 gb SSD it boots up in 2 seconds and the fingerprint reader avoids the need for a password. - No problem working with large spreadsheets - The screen is large and crystal clear. - Has 3 USB ports for a headset and cordless mouse. - Nice full size keyboard with good tactile feel - not the thinnest laptop, but weight is acceptable for a 15.6" monitor

Cons: - The numpad is very narrow and the zero is in an odd spot, so it takes some getting used to - Sound quality is OK, but not great - Home, End, Pg Up, Pg Down keys are shared with the Left, Right, Up, Down Arrows and require the fn key to be held down

Overall Review: Yes, I am happy with my purchase. I use my laptop for both business and pleasure (I'm not a gamer, but do stream movies). So far it has exceeded my expectations. This is my first ASUS product, so we'll see how reliable it is. I'm expecting at least 5 years of trouble free operation. I read the reviews before purchasing and one buyer complained about the gray lettering on the silver keys being difficult to read. When I cranked mine up, I saw the same thing but noticed that the F7 keyboard lighting was on. I turned it off and the keys are now a nice black on silver. Sometimes the reviews give you bad info.

Pros: Fast and smooth. The 8 core smokes everything I throw at it...mind you, I don't use it for gaming, just web development and everyday office applications.

Overall Review: im a graphic designer i switched from a macbook to this. I can have photoshop illustrator and indesign all open at once WITH NO ISSUES. has not crashed once. isnt loud, doesn't overheat. even with a duel monitor setup i havent had any issues. its fast and i can play games on it as well. (which i could not with a mac AT ALL) steal of a deal, buy it.

Cons: Come with no ethernet connector (my bad for not checking) so make sure if you really don't need the LAN port, then this laptop is for you.

Overall Review: Would recommend it.

Cons: The box was majorly damaged and not packaged as securely as I would have liked for the money I paid.

Overall Review: I would recommend this product. Camera quality isnt the greatest resolution. Thats the only con for now I have seen.

Overall Review: Its super fast. Can handle all of my work and web development needs Battery charges super fast and lasts a long time Lightweight Display is crisp Incredible volume for such a light laptop