Sold by: Newegg
Shipped by Newegg
Volume Discounts Available
Newegg’s gift-wrap service is the ideal solution for making your gift special! Select your item as a gift, then add your message. Your gift will also be discreet with no prices being included on the packing slip.
Price Alert
Add To Wish List 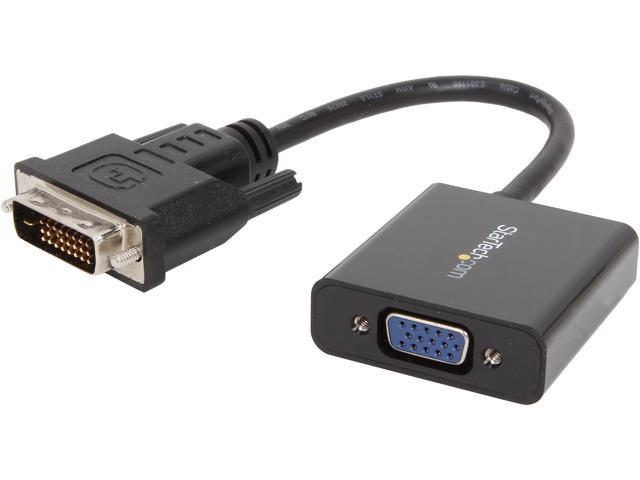 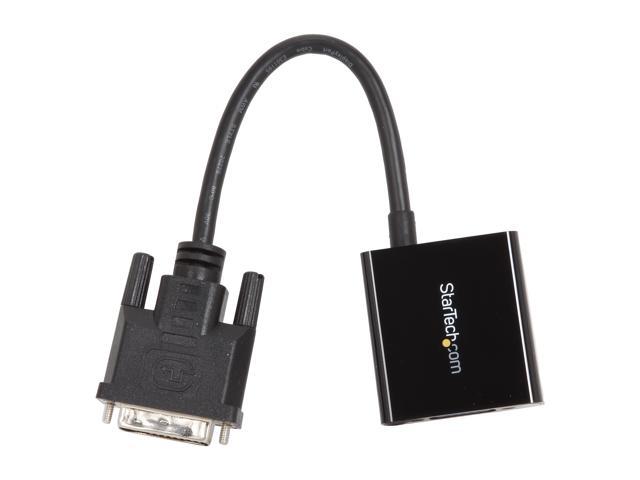 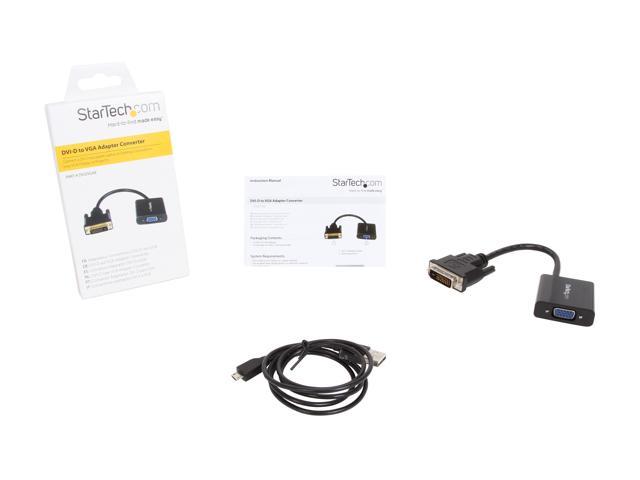 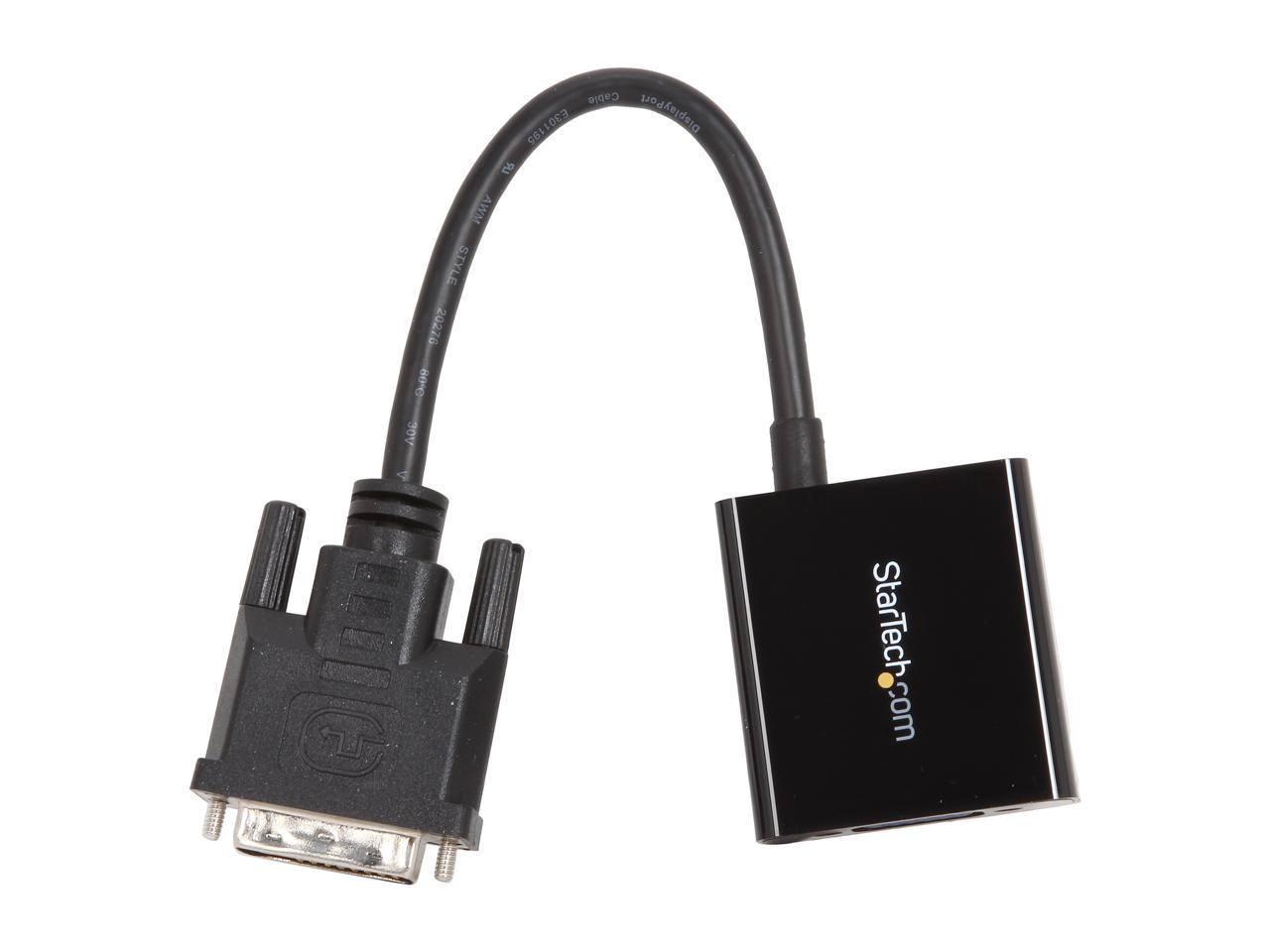 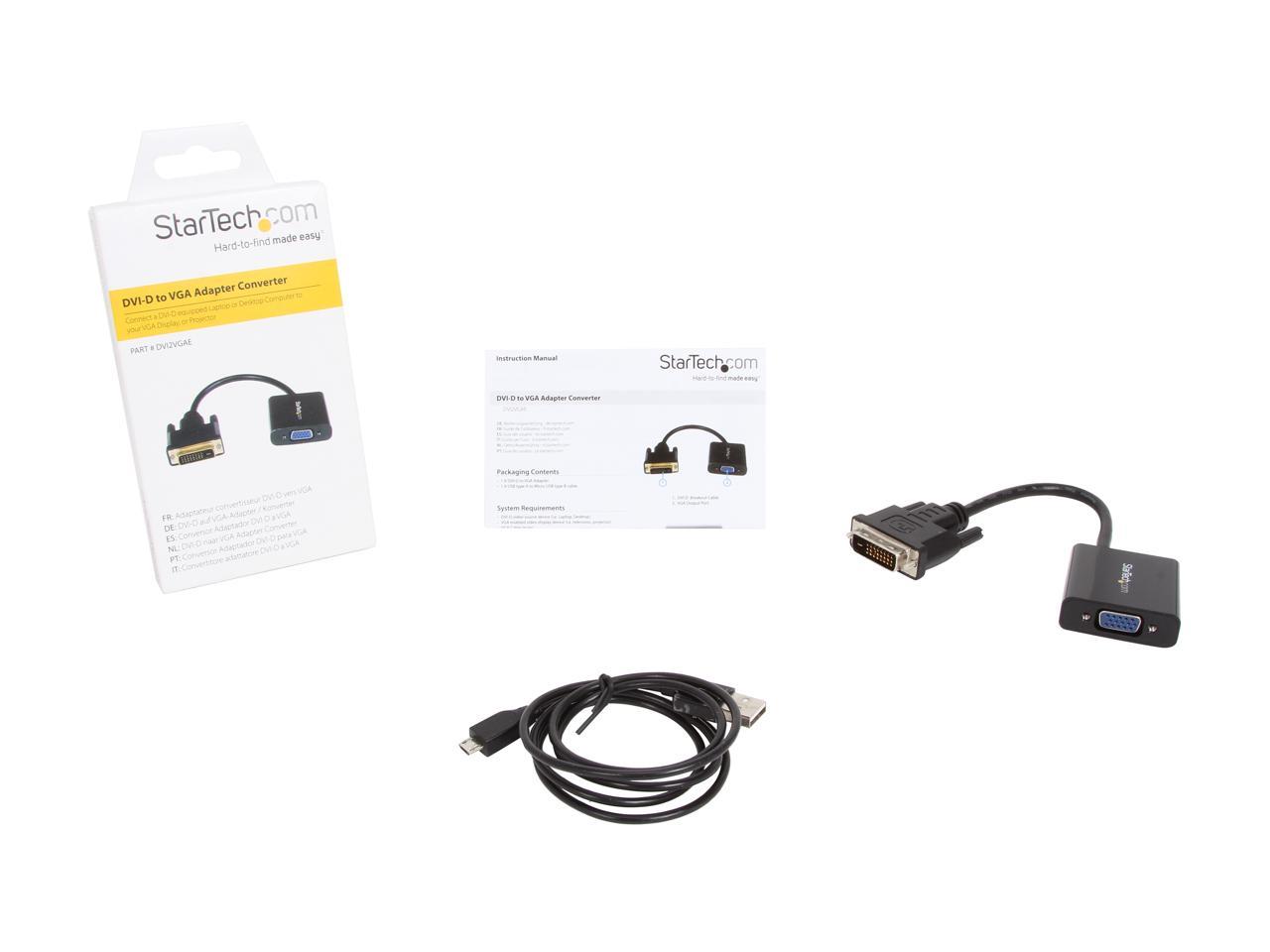 Learn more about the STARTECH DVI2VGAE

Pros: I bought this for my amd r9 290x which had a dvi-d port with my vga monitor and works well so far

Cons: No cons yet

Pros: Lets my old VGA monitor work with a brand new build. Knows the difference between DVI-D and DVI-I... any connector listed simply as "DVI" makes me want to hit something. The cable setup it uses is much easier to fit into a PC setup than the long inflexible VGA to DVI-I adapters I'm used to.

Overall Review: Seemed a tad expensive for a little converter box, but I haven't found anything that accomplishes the same goal for less. It's certainly much cheaper than a new monitor.

Pros: Low cost, good results for what it does.

Cons: Does have a lower video quality than direct connection, but there is a conversion taking place with Analog output.

Overall Review: We used this device to solve a very specific problem for us. We are using a larger KVM system for a broadcast control room environment. The KVM is analog, but was state of the art when installed. The KVM adapters report an EDID with a maximum of 1024x768 video even though the systems documentation rates the system to support 1600x1200 signals. Some of our better servers and workstations employ high end design class graphics cards that support EDID spoofing and are able to send 1920x1080 through the KVM with no problem. The majority of systems, however do not have EDID spoofing features and lock the maximum resolution to that reported by the KVM adapters. In this case we were able to use the StarTech DVI2VGAE as an interface between the server and the KVM adapter. The DVI2VGAE reports its own EDID that allows up to 1920x1200 and allows the workstation output to be set to the desired 1920x1080. In this case we are hitting the monitor with the native resolution of the display instead of a 1024x768 resolution image that is then upscaled at the display. In our case this improved the video quality. But, directly connecting the workstation to the monitor, bypassing both the KVM and the DVI2VGAE does improve the quality of the video. This is just not possible in our situation and the DVI2VGAE ends up as the best compromise we have found to improve our display quality.

Pros: It works. USB power not really required in most cases.

Cons: Have a werid issue where the image is very saturated and the gamma is off. Can be easily fixed by changing a color slider in Nvidia Control Panel and then hitting cancel. Don't ask me why this works, it just does. Happens on reboots or if i switch the display to HDMI and back to VGA or if a game takes exclusive fullscreen. You can always fix it though with the trick I mentioned.

Overall Review: Maybe I'm just stuck in the past but I like the look of VGA better than HDMI on large displays. Really wish Nvidia would have kept 1 analog output in their 1000 series.

Pros: Works exactly as you would expect. Clear image and looks just like it did with regular vga.

Overall Review: Purchased a new video card (R9 290X) and it did not support DVI with analog out so went with this.

Pros: Works very well. converts my PVR outputs to HDMI and provides quality outputs for all of my TV's. Drives my 50ft cables just fine.

Pros: I bought this so I could use my VGA plugin on my monitor. My monitor only has a DP, HDMI and VGA input. My Graphics card only has a DP, HDMI and DVI output. Why I don't use the DP, or HDMI connector was because I was getting ghosting on my screen when playing video games. My monitor came with an option called Overdrive which was causing the problem. It can only be turned off when using DVI or VGA connection,(Can't be disabled if using DP or HDMI), which I did, and it fixed the problem. When I get more money, I'm going to buy a monitor without the Overdrive setting which I think is useless.

Overall Review: This works exactly like it's suppose to.

Pros: Inexpensive and does the job though not reliable.

Cons: Purchased this to connect an nVidia 1050 TI to an old Sony VGA monitor while I was deciding which LCD screen to buy. After a couple weeks, this device was not able to maintain a stable connection. While watching any video, within a half hour to an hour, the screen would go blank for a few seconds and Windows would play the "device disconnected" sound. When the sceen came back on it would las 5 to 10 minutes before repeating the process.

Overall Review: These are the components involved in this issue. I'm fairly certain it is not the monitor or the nVidia adapter since the monitor works fine with an old AMD 4650 AGP card on an old Windows 7 x86 box and the nVidia 1050 TI works in another computer with the same motherboard... * Software: MPC-HC x64 * GPU: nVidia 1050 TI, 4 GB (driver version 388.71) * Motherboard: ASUS B250M Pro 4 * Monitor: An old Sony Trinitron CRT running at 1024x768, 75Hz * Windows 7 x64 I've requested a replacement to see if it's possible I was just unlucky and got a bad one.

Did you find this review helpful?
Manufacturer Response:
Thanks for leaving your feedback. We're sorry that the adapter stopped working. Please feel free to contact us if the replacement doesn't resolve the problem. Brian, StarTech.com Support