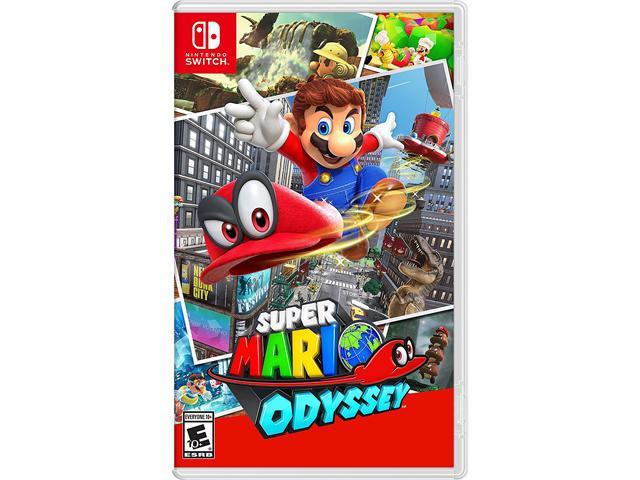 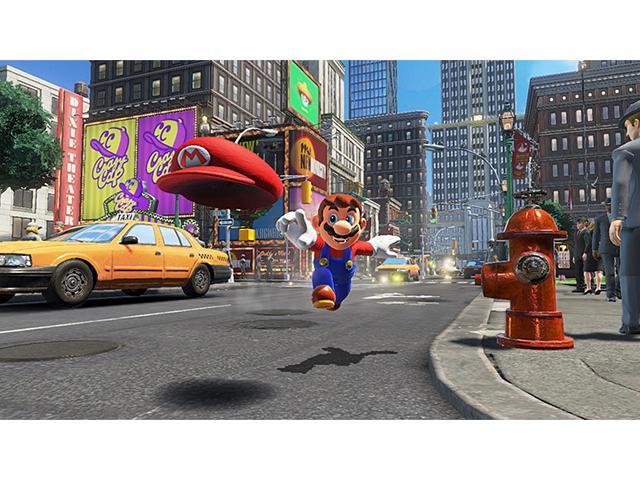 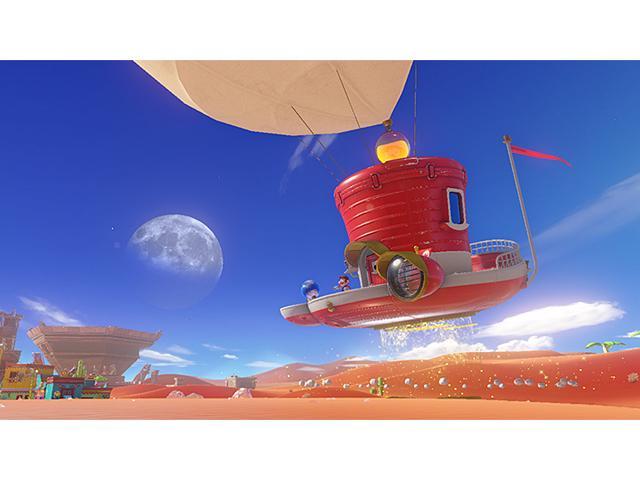 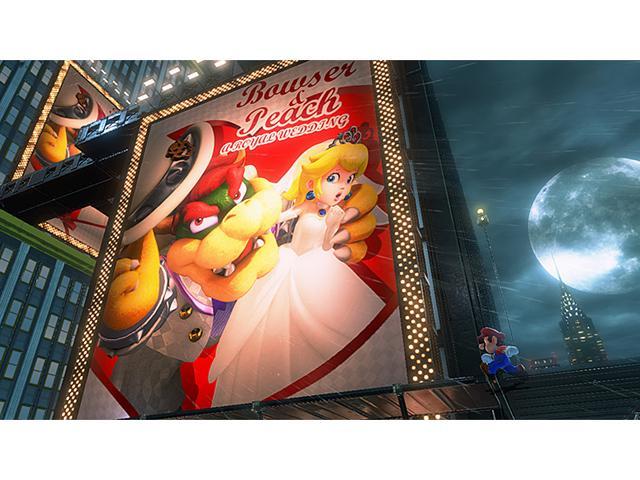 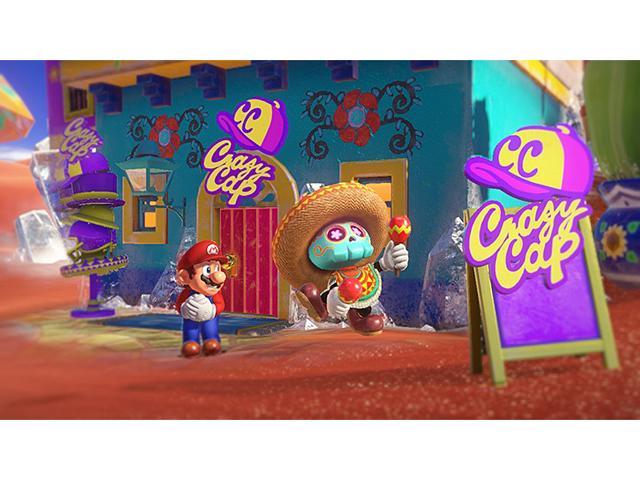 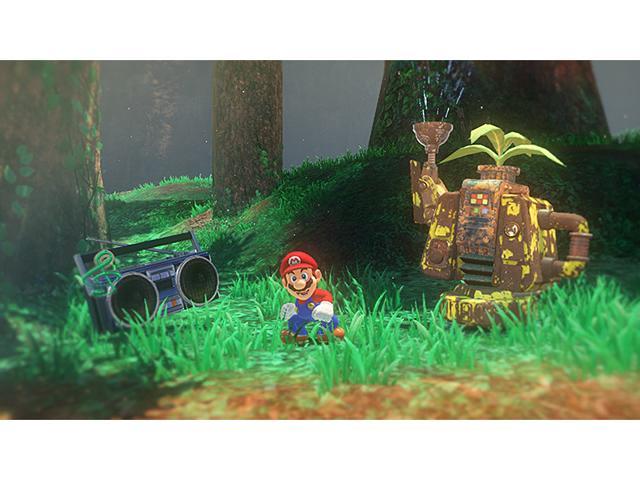 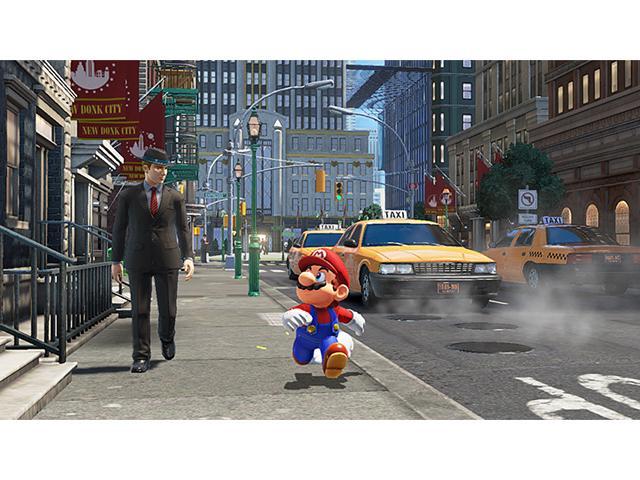 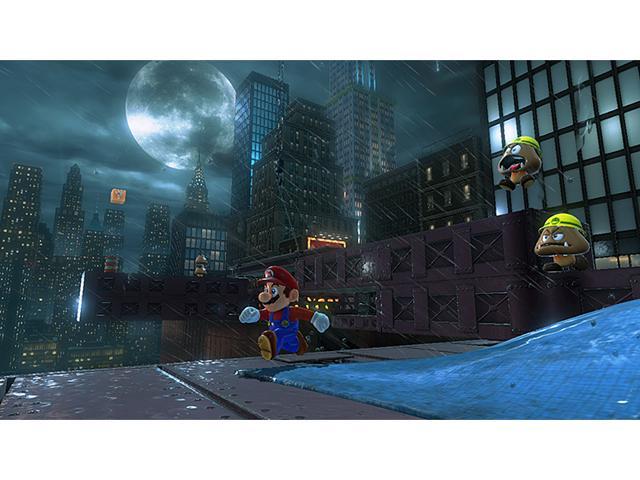 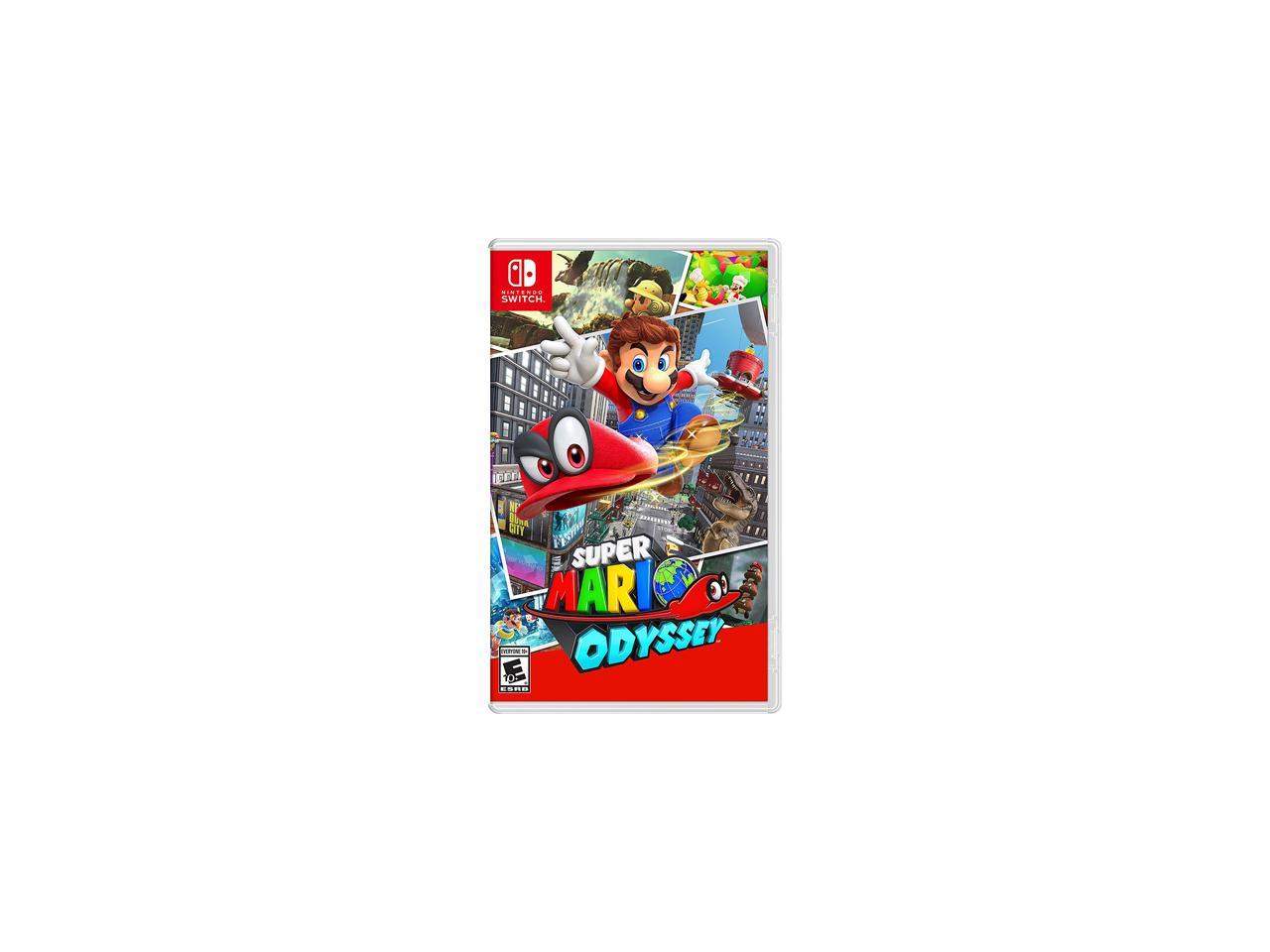 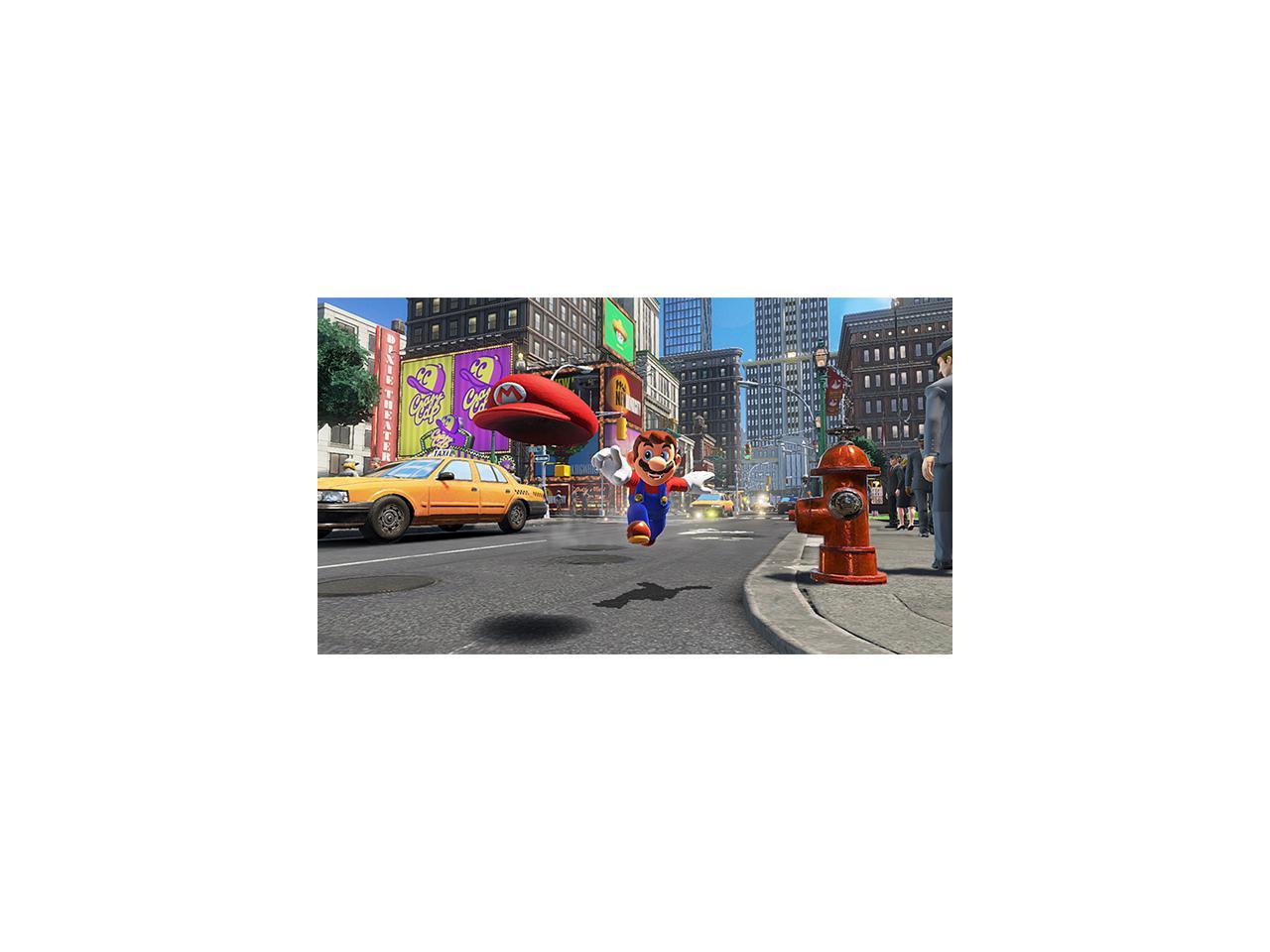 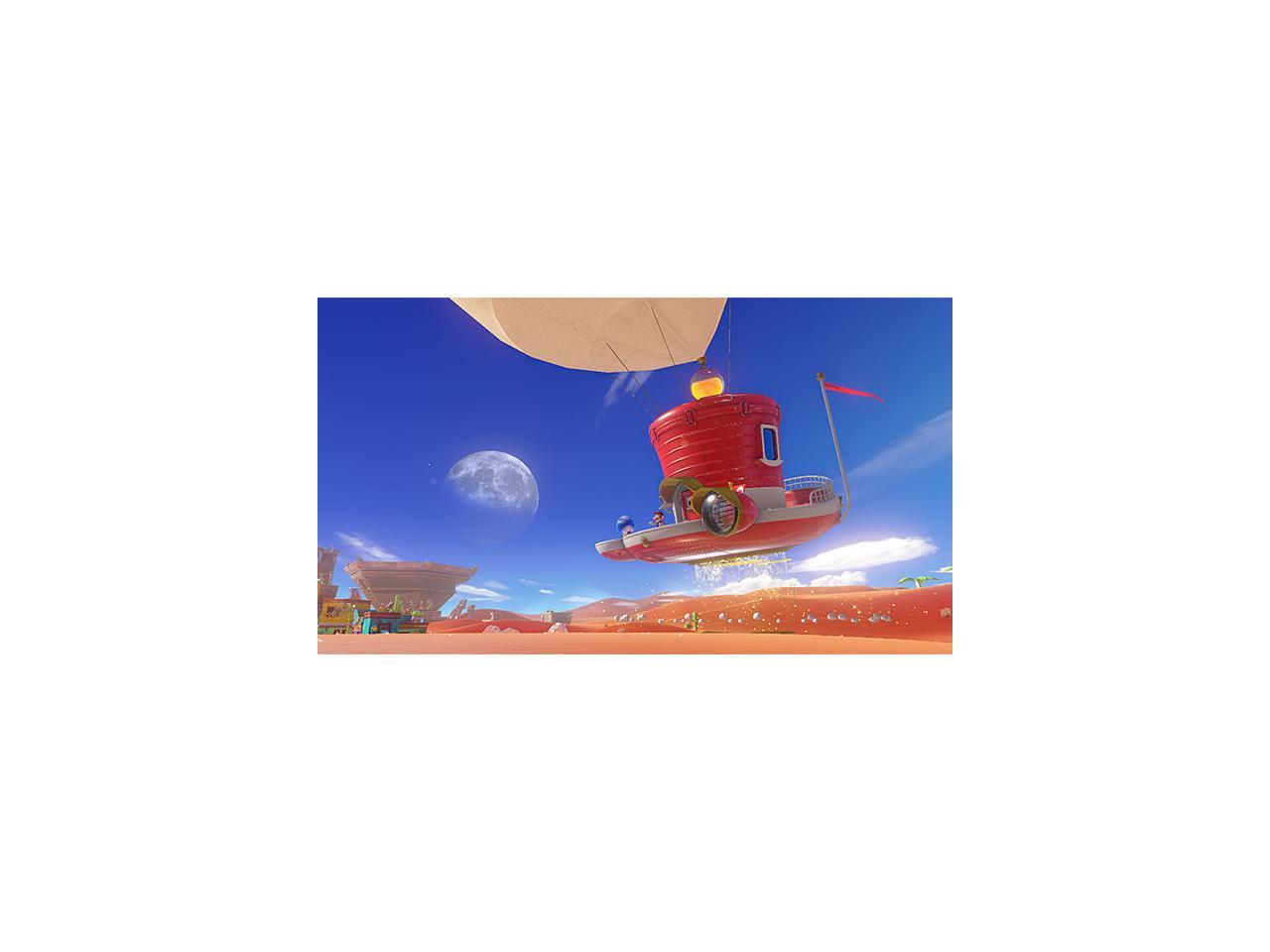 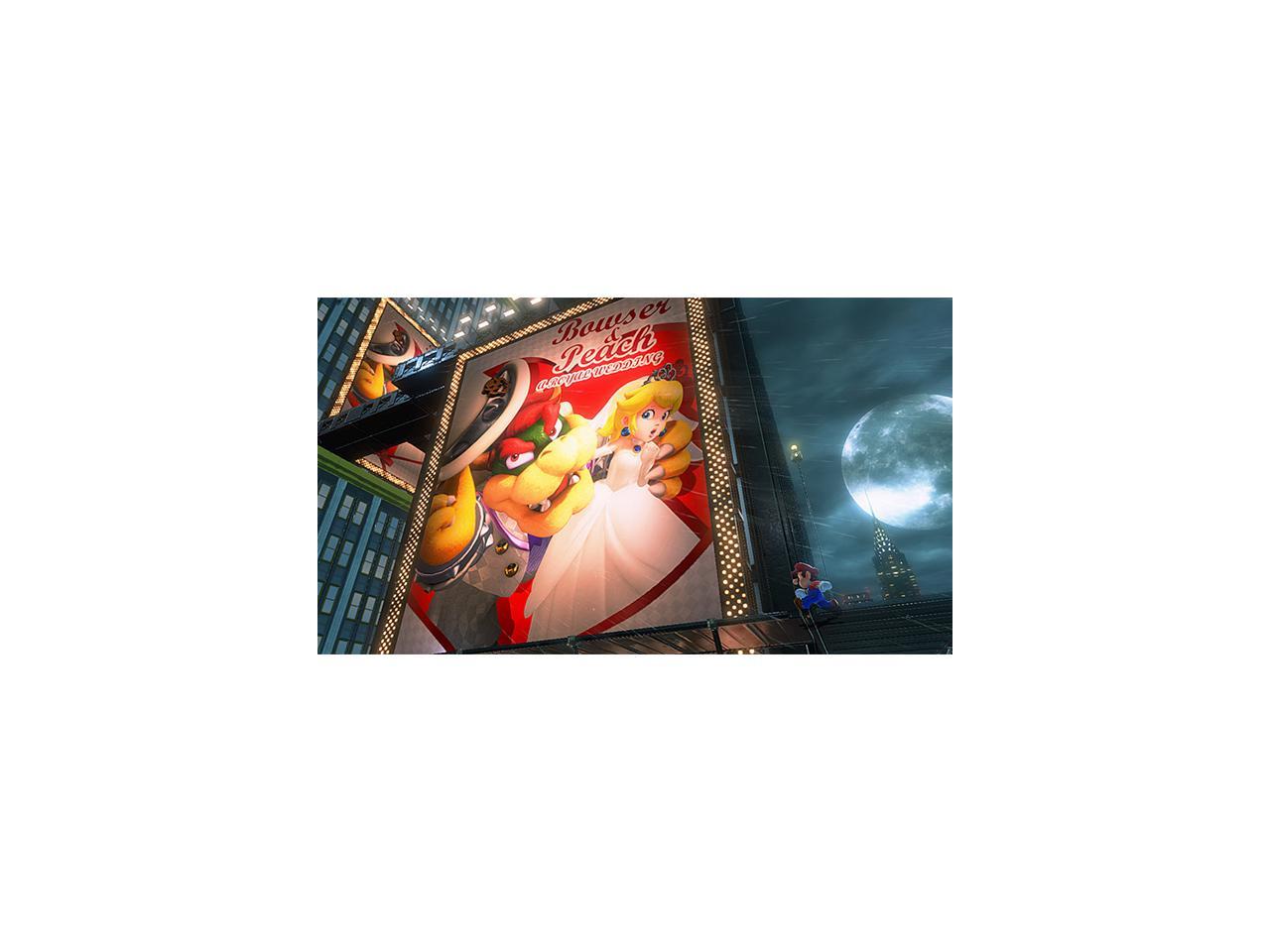 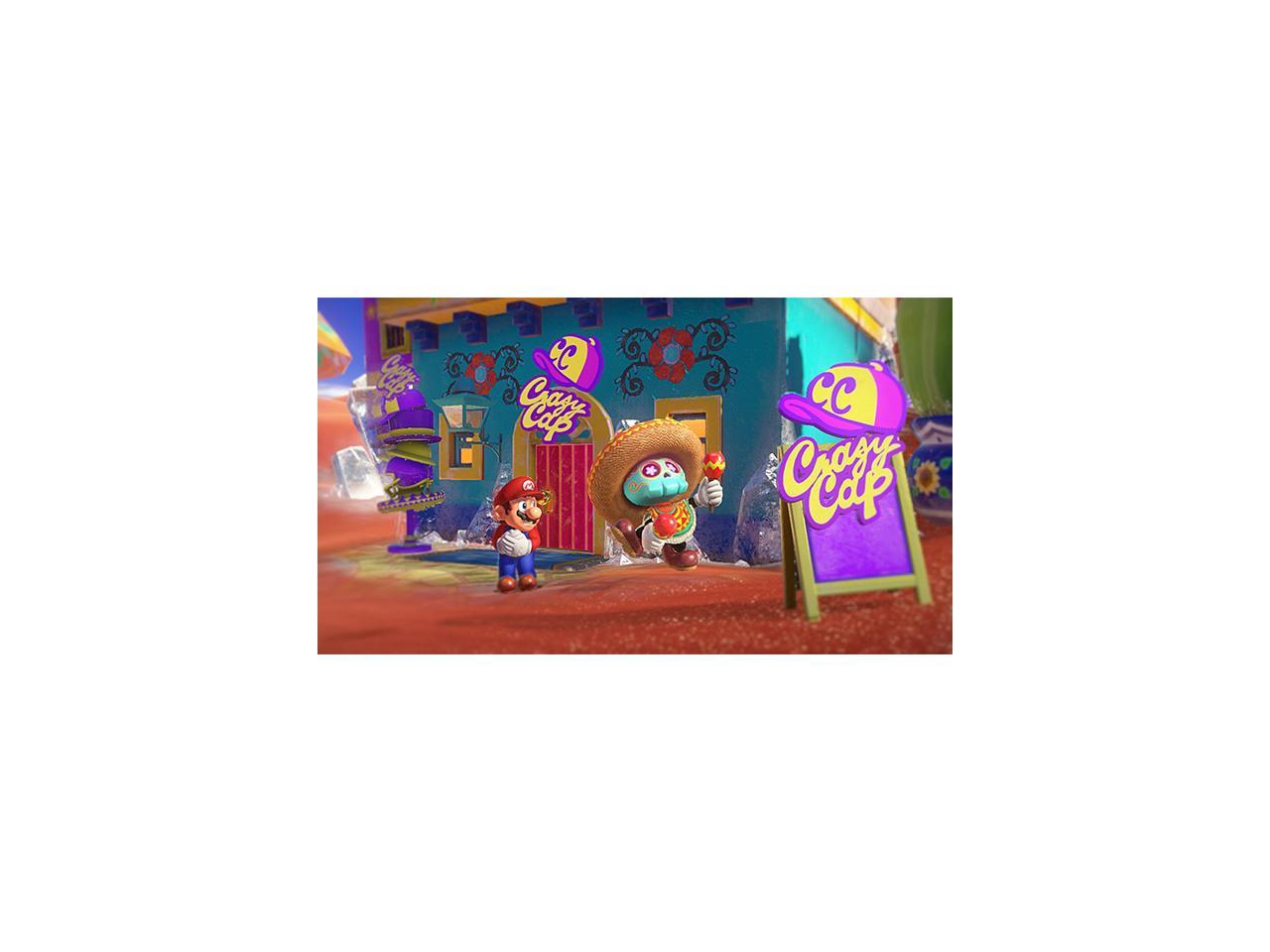 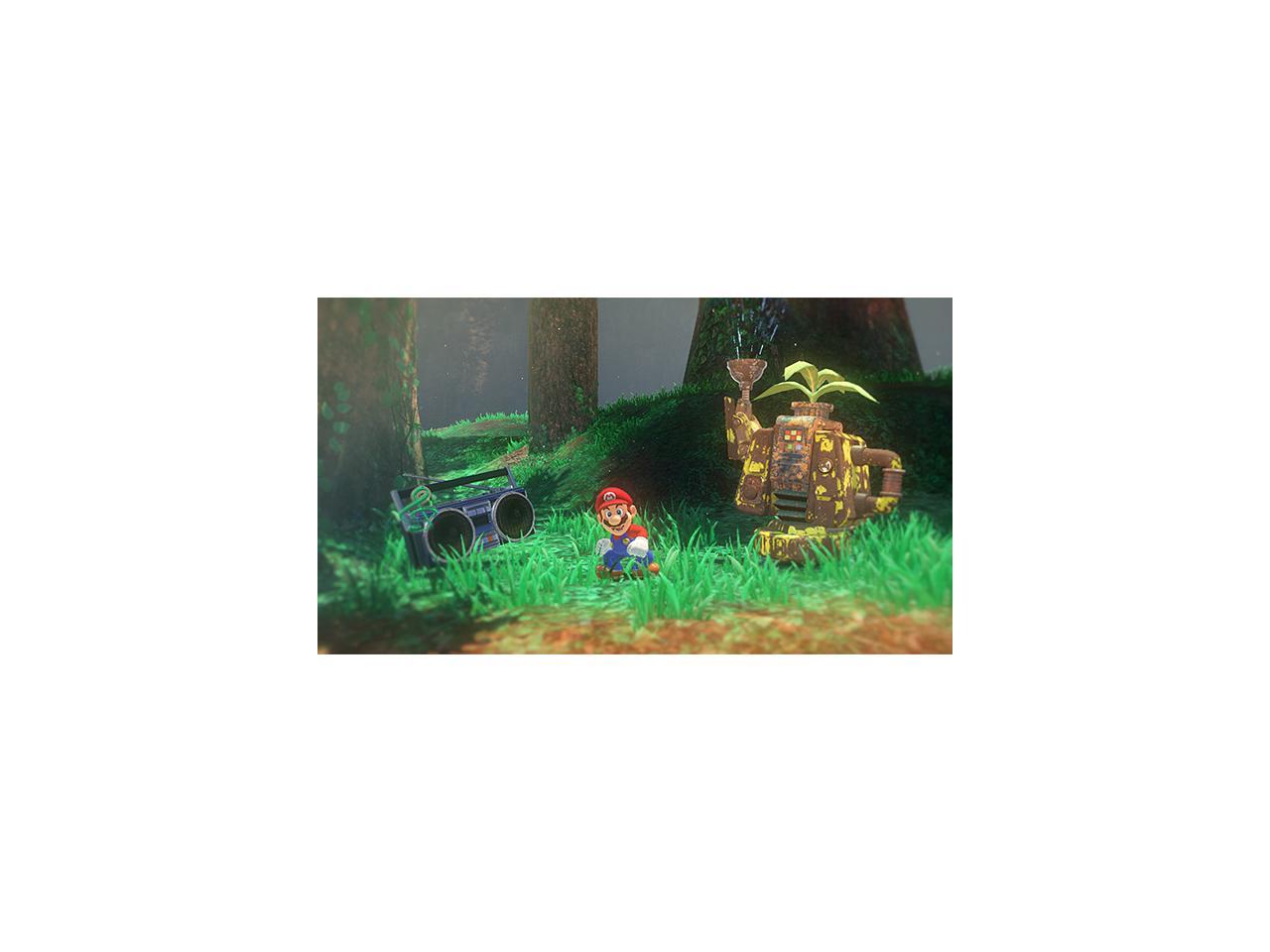 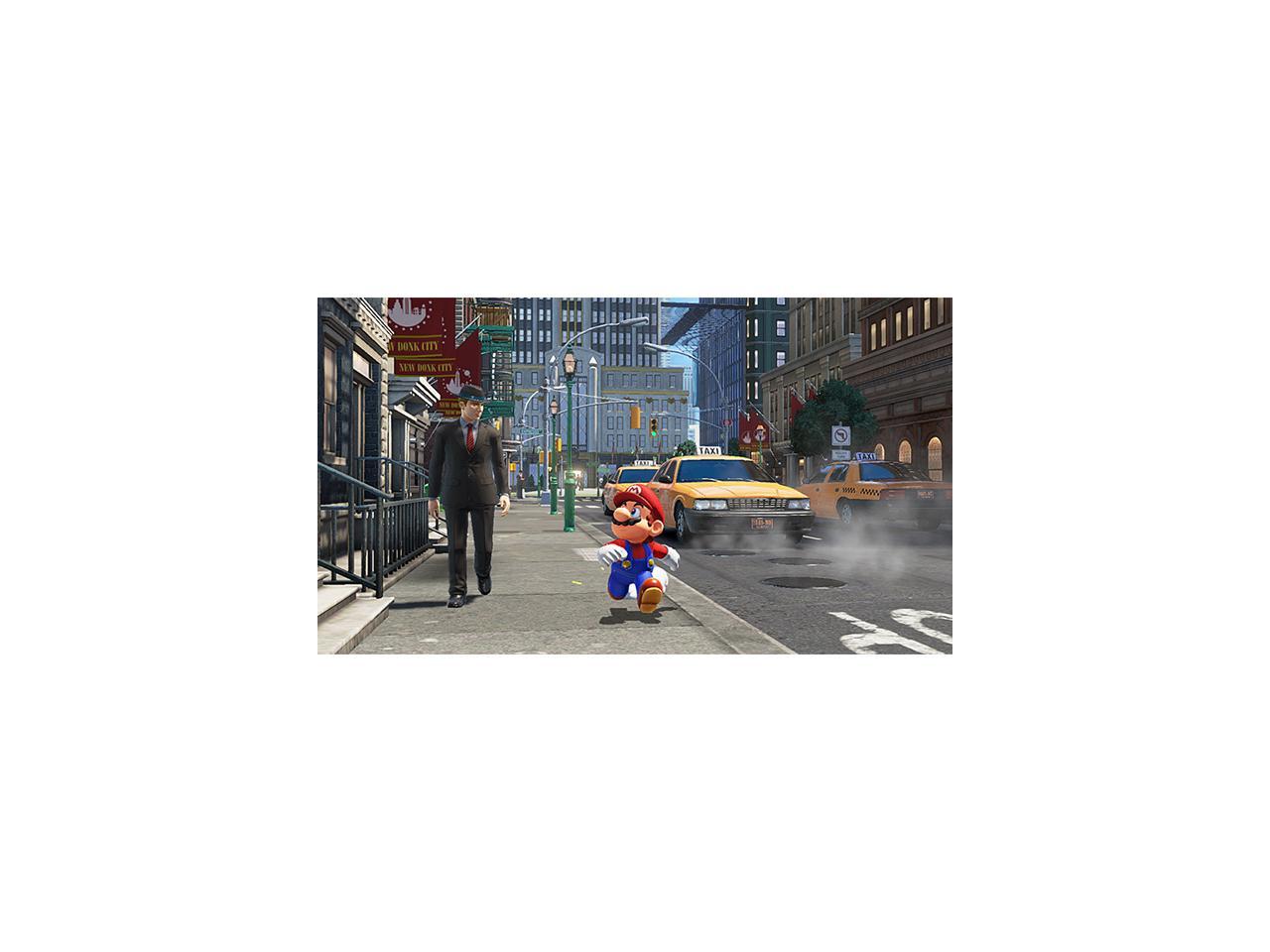 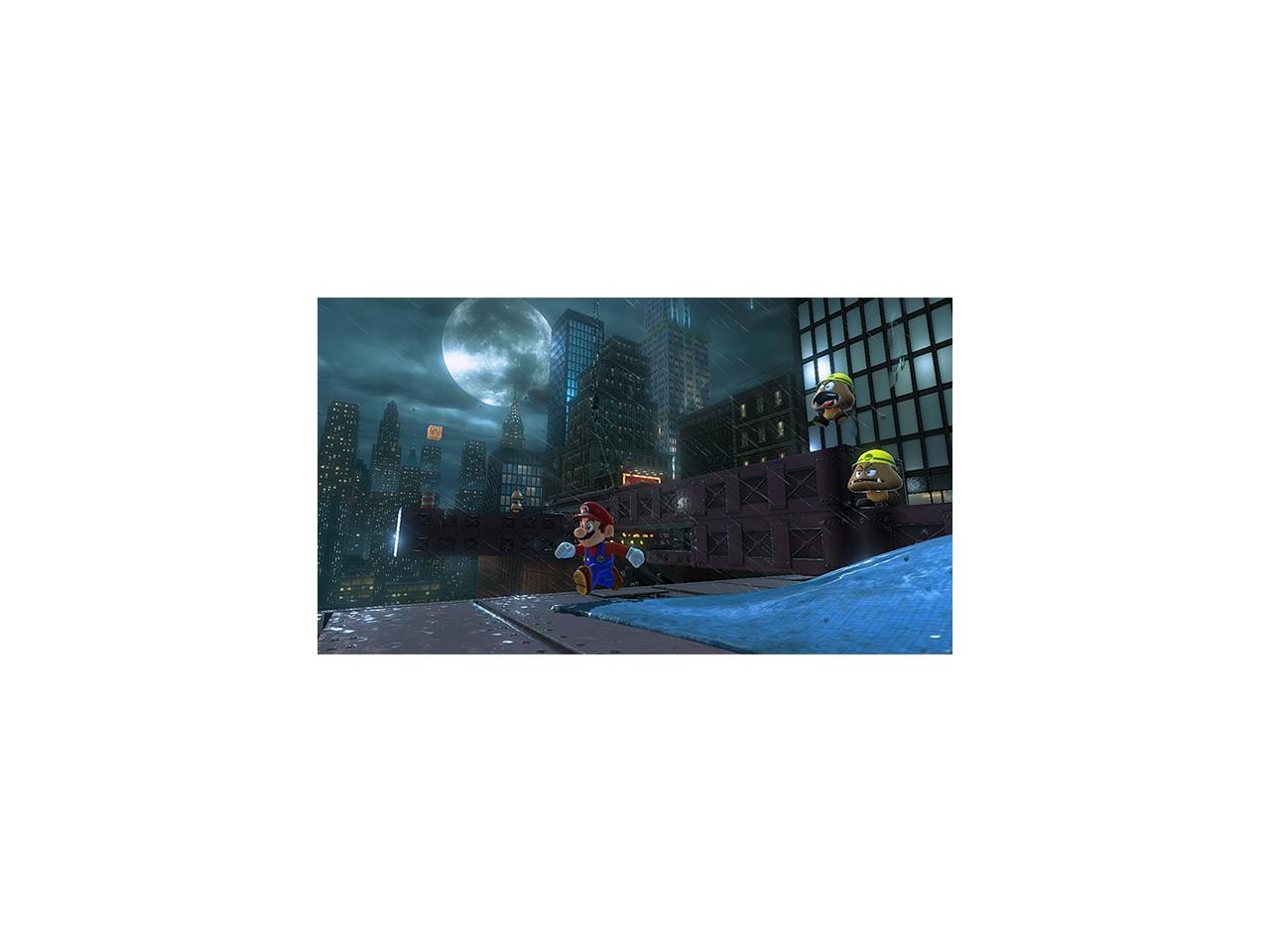 Embark on a captivating, globe-trotting adventure!

Join Mario on a massive, globe-trotting 3D adventure and use his incredible new abilities to collect Moons so you can power up your airship, the Odyssey, and rescue Princess Peach from Bowser’s wedding plans! This sandbox-style 3D Mario adventure—the first since 1996’s beloved Super Mario 64 and 2002’s Nintendo GameCube classic Super Mario Sunshine—is packed with secrets and surprises, and with Mario’s new moves like cap throw, cap jump, and capture, you’ll have fun and exciting gameplay experiences unlike anything you’ve enjoyed in a Mario game before. Get ready to be whisked away to strange and amazing places far from the Mushroom Kingdom!

Explore huge 3D kingdoms filled with secrets and surprises, including costumes for Mario and lots of ways to interact with the diverse environments—such as cruising around them in vehicles that incorporate the HD Rumble feature of the Joy-Con™ controller or exploring sections as Pixel Mario. Thanks to his new friend, Cappy, Mario has brand-new moves for you to master, like cap throw, cap jump and capture. With capture, Mario can take control of all sorts of things, including objects and enemies! Visit astonishing new locales, like skyscraper-packed New Donk City, and run into familiar friends and foes as you try to save Princess Peach from Bowser’s clutches and foil his dastardly wedding plans. A set of three new amiibo figures—Mario, Princess Peach and Bowser in their wedding outfits—will be released at launch. Some previously released amiibo will also be compatible with this title. Tap supported amiibo to receive gameplay assistance—some amiibo will also unlock costumes for Mario when scanned! Pros: It is probably the best game on the switch in my opinion, it's so fun and there's a lot to do! Doesn't get boring, and kinda addicting. Buy it!

Pros: I will try to keep this short. Mario Odyssey exceeded all my expectations. I bought this mainly to play with my kids, but found myself loving every minute of it and wanting to play even after they were in bed! I find myself smiling and surprised each time I start it up. The production value is extremely high on this game. Graphics are crisp with buttery-smooth fps and they reward your eyes with the tiniest of details if you look for them. The sound effects and music score are of the highest professional quality in the industry. It's the kind of music you will be humming after you turn off the game. You can seamlessly switch between 1 and 2-player mode during gameplay, and get this: the 2-player mode actually adds to the experience. In some other games, 2-player modes can feel contrived or hastily put together, but Odyssey feels even more complete when playing with another person. One player controls Mario while the other has full control over his hat. Without spoiling too much, the hat is a hug part of interacting with the gameworld and the second player can use it to more-effectively help Mario get that next coin, make a big jump, etc. Buy the Switch to play this game and play it with someone if you can!

Cons: No real "cons" for this game. It is worth the money, but I would always like to pay less than retail when possible.