FREE SHIPPING
Sold by: Newegg
Shipped by Newegg
Newegg’s gift-wrap service is the ideal solution for making your gift special! Select your item as a gift, then add your message. Your gift will also be discreet with no prices being included on the packing slip.
Price Alert
Add To Wish ListFound on 12 wish lists 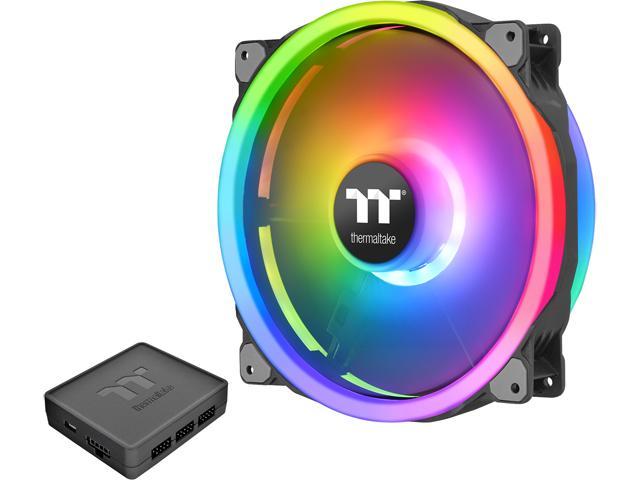 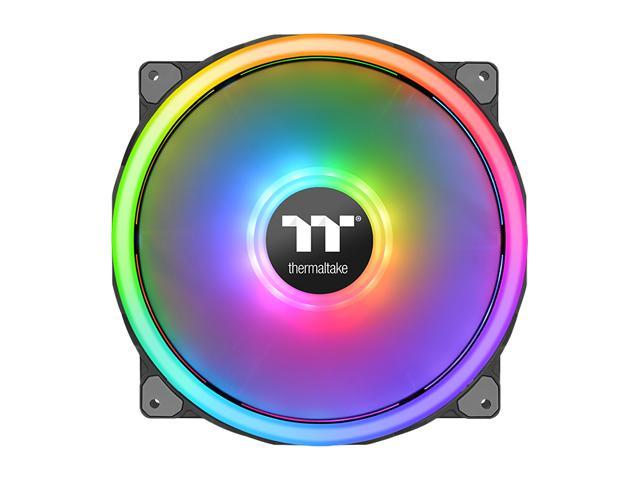 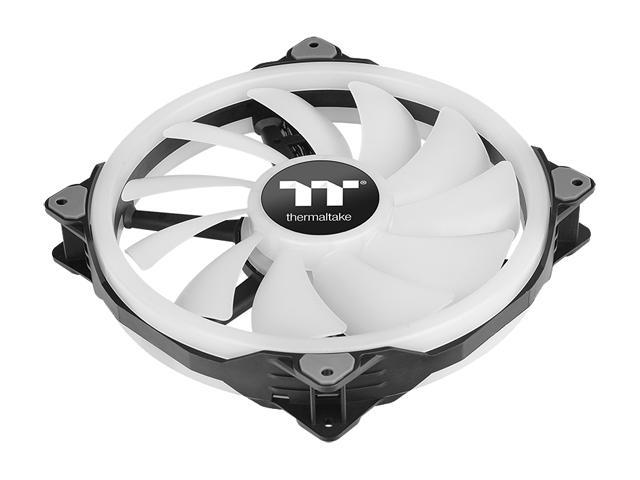 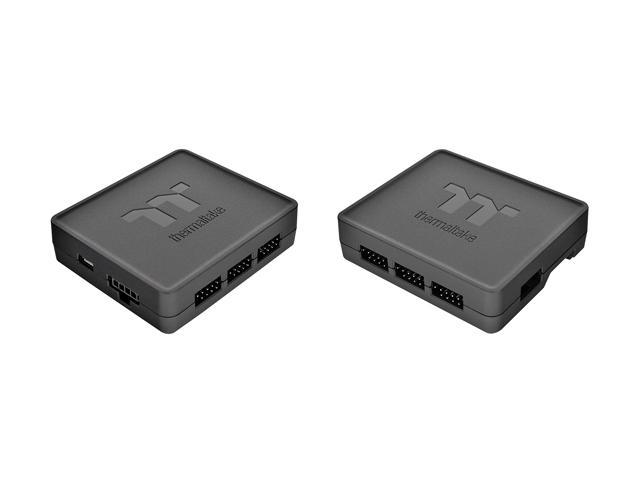 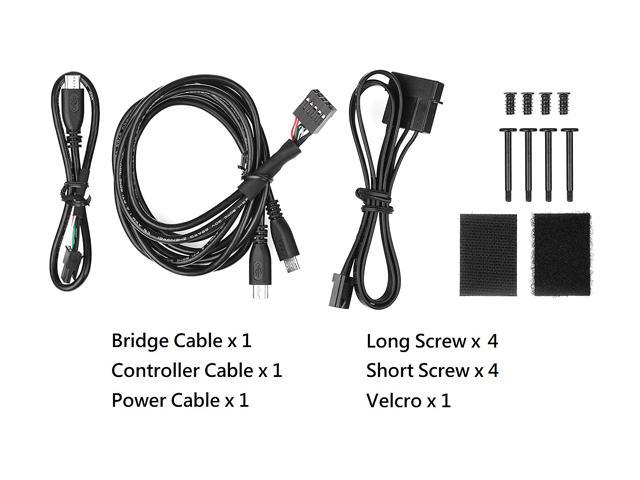 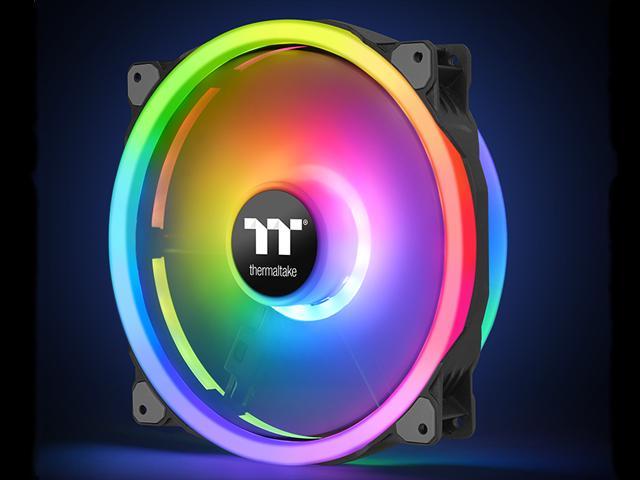 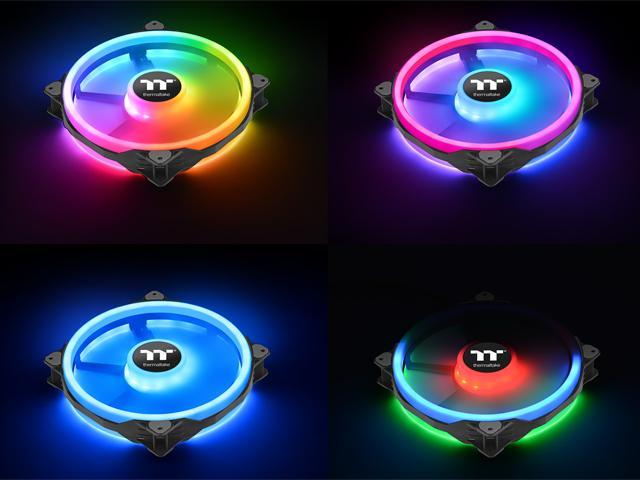 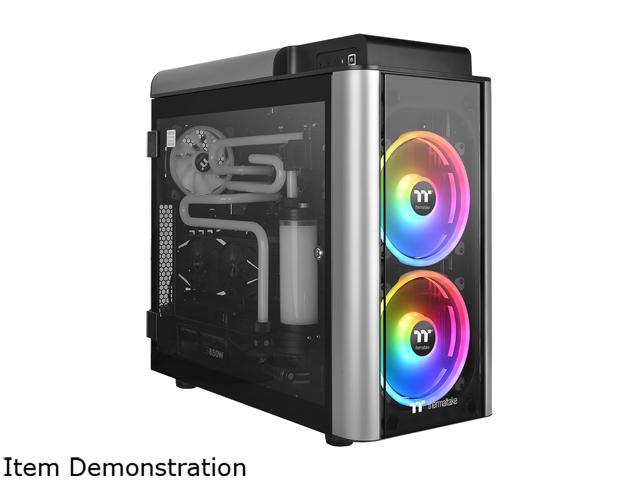 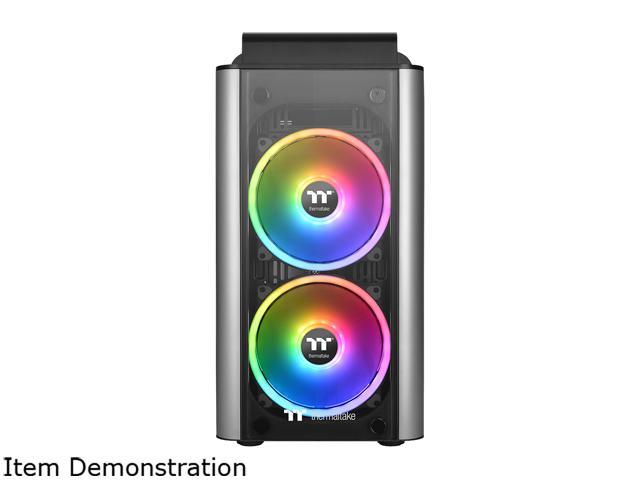 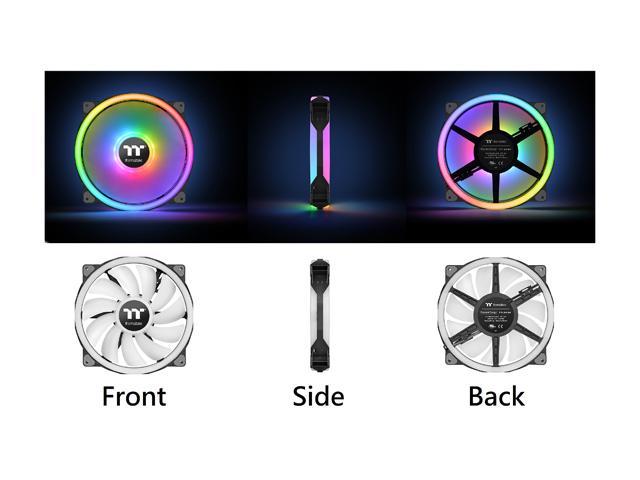 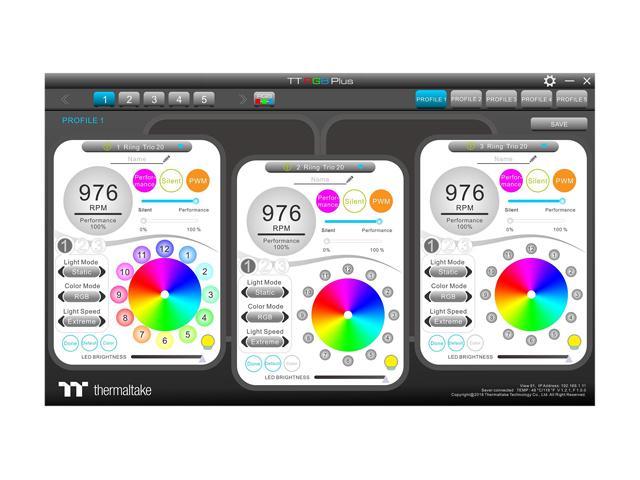 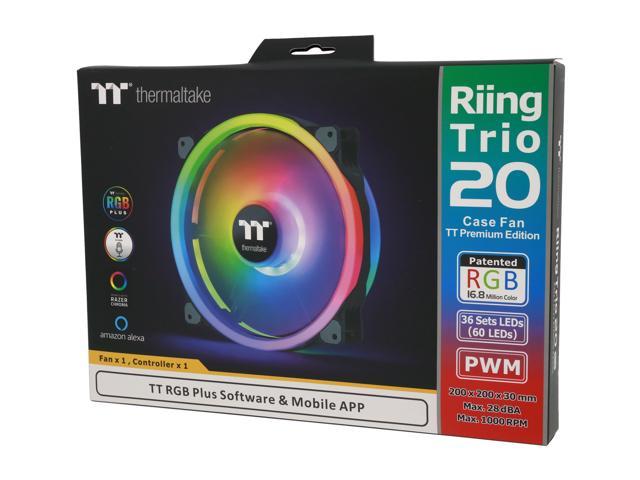 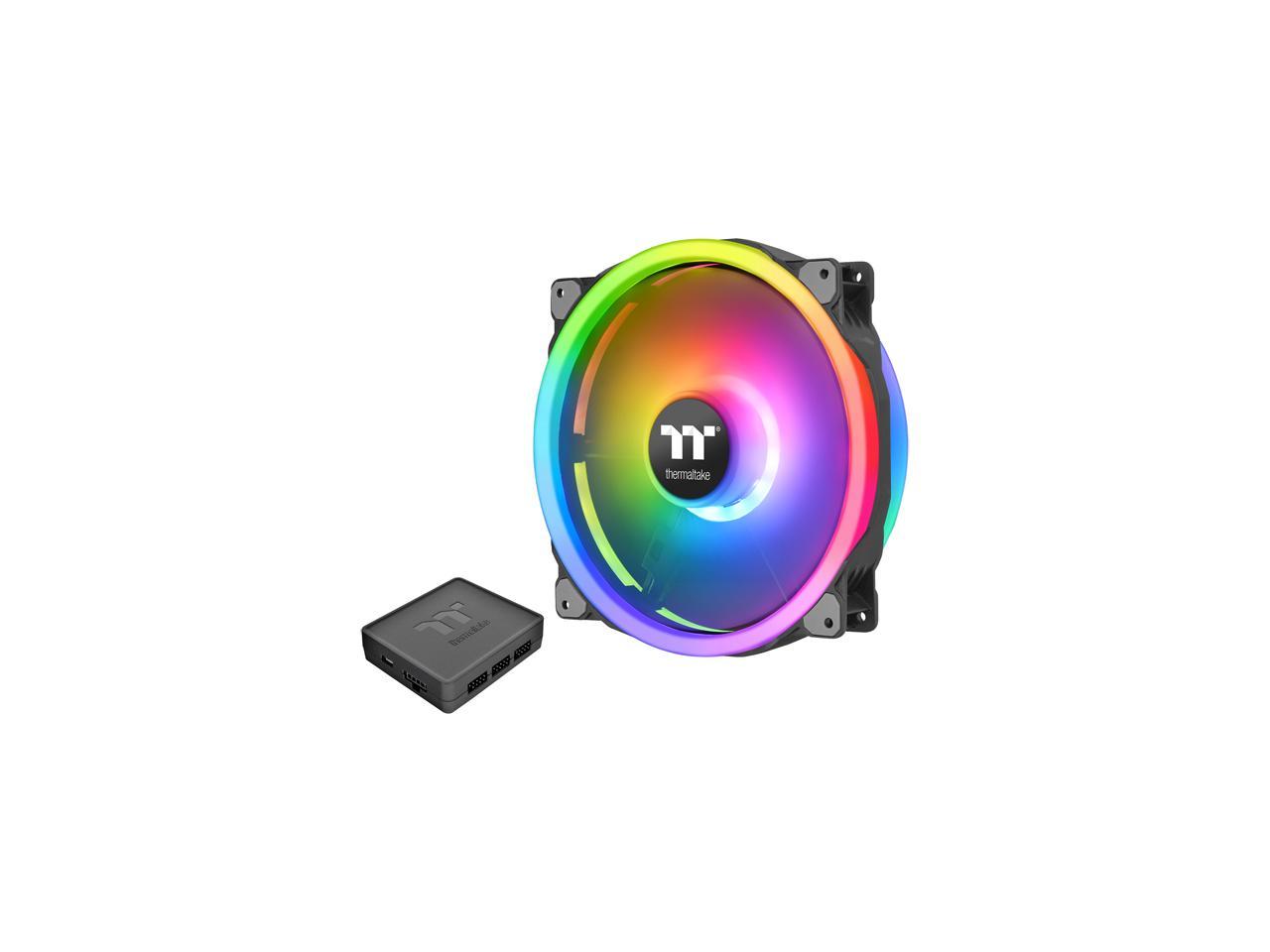 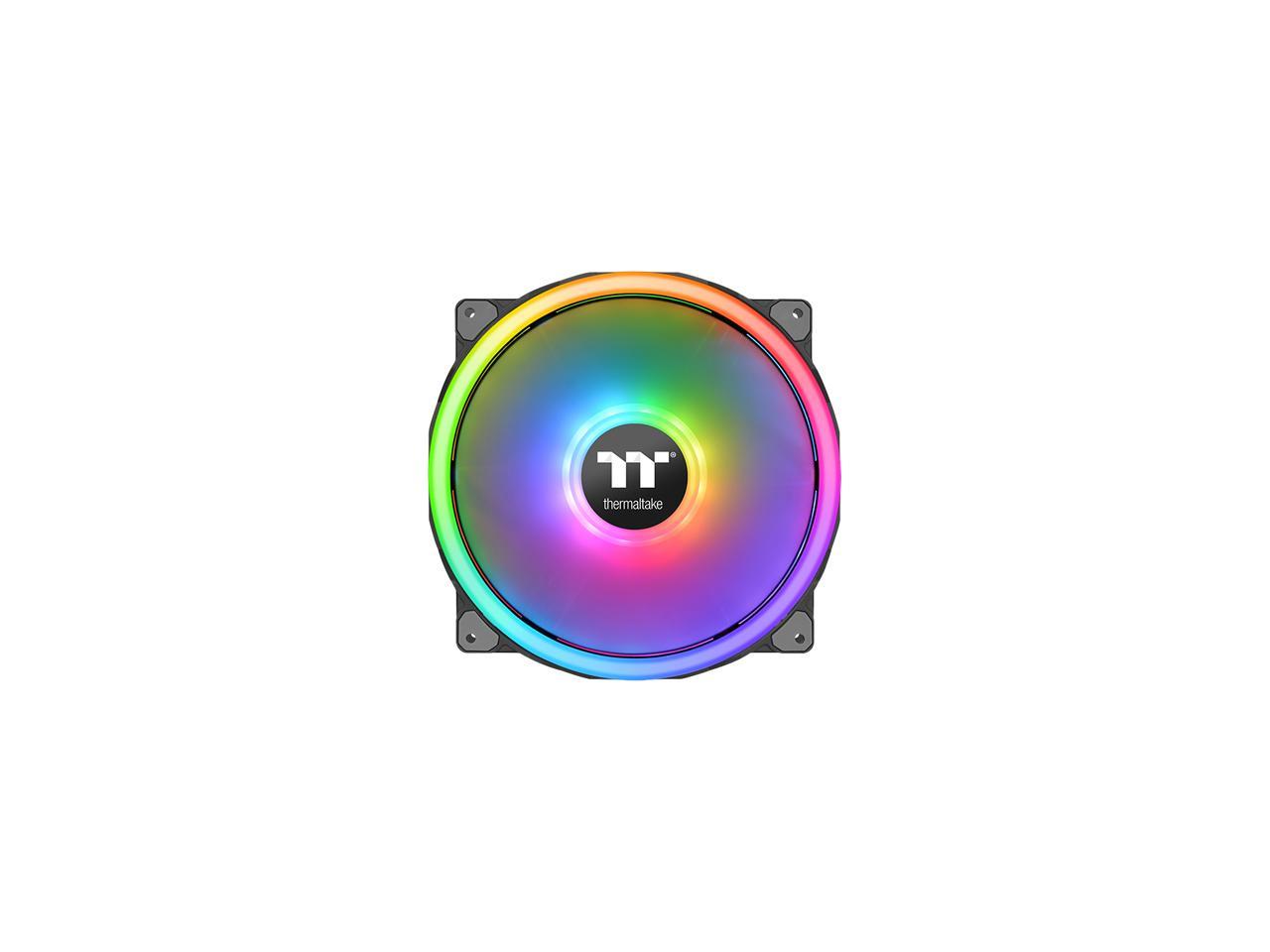 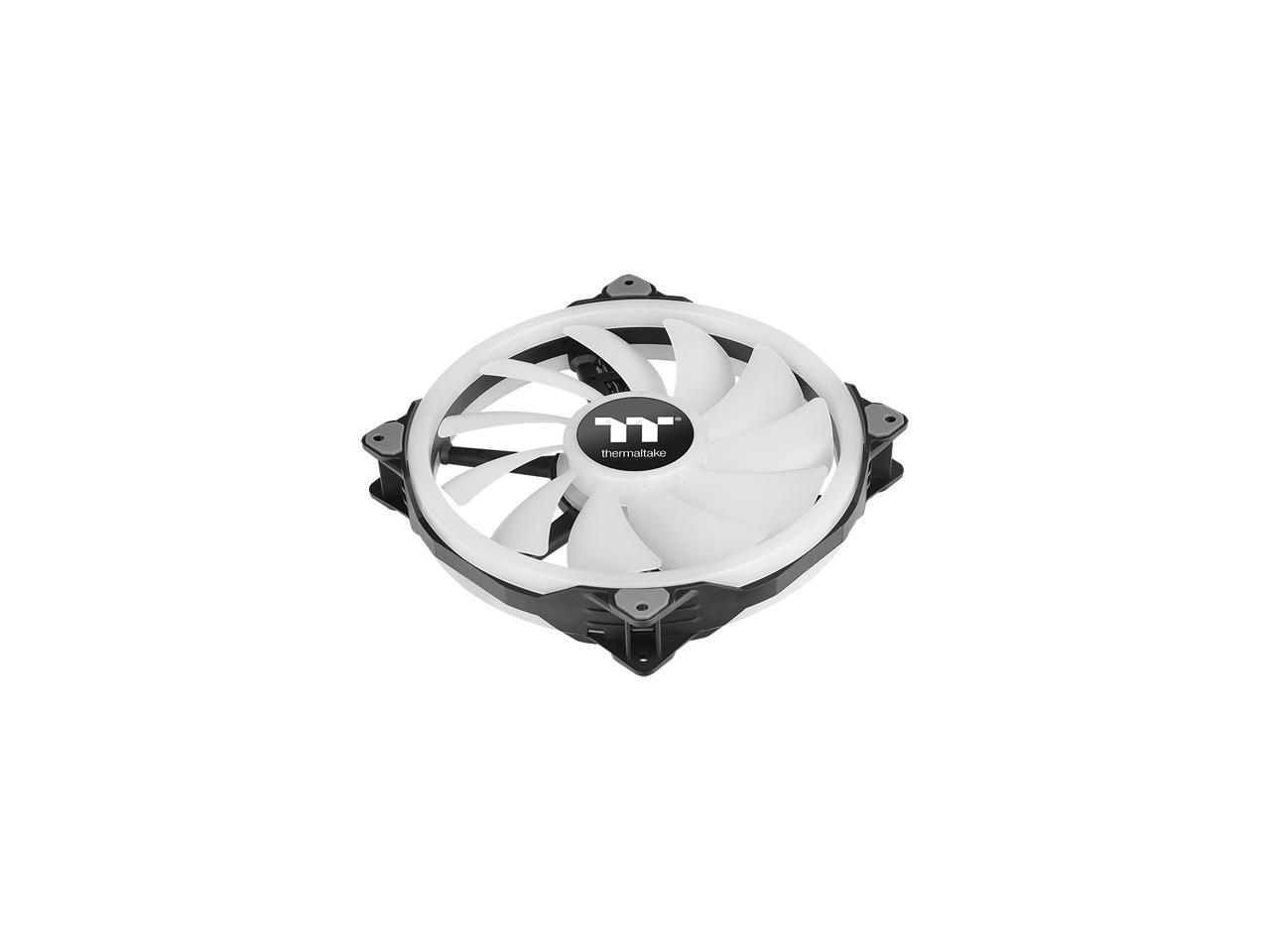 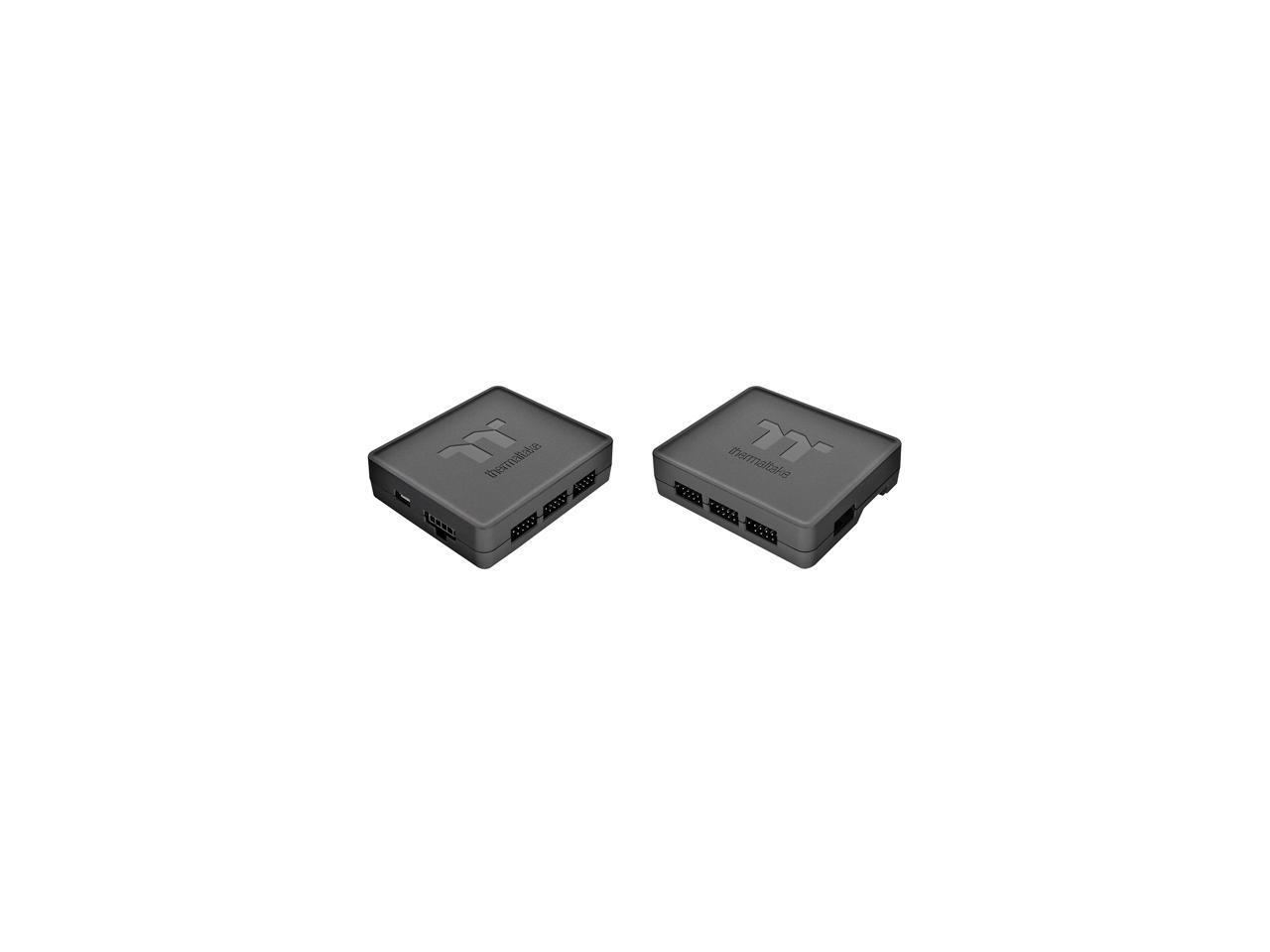 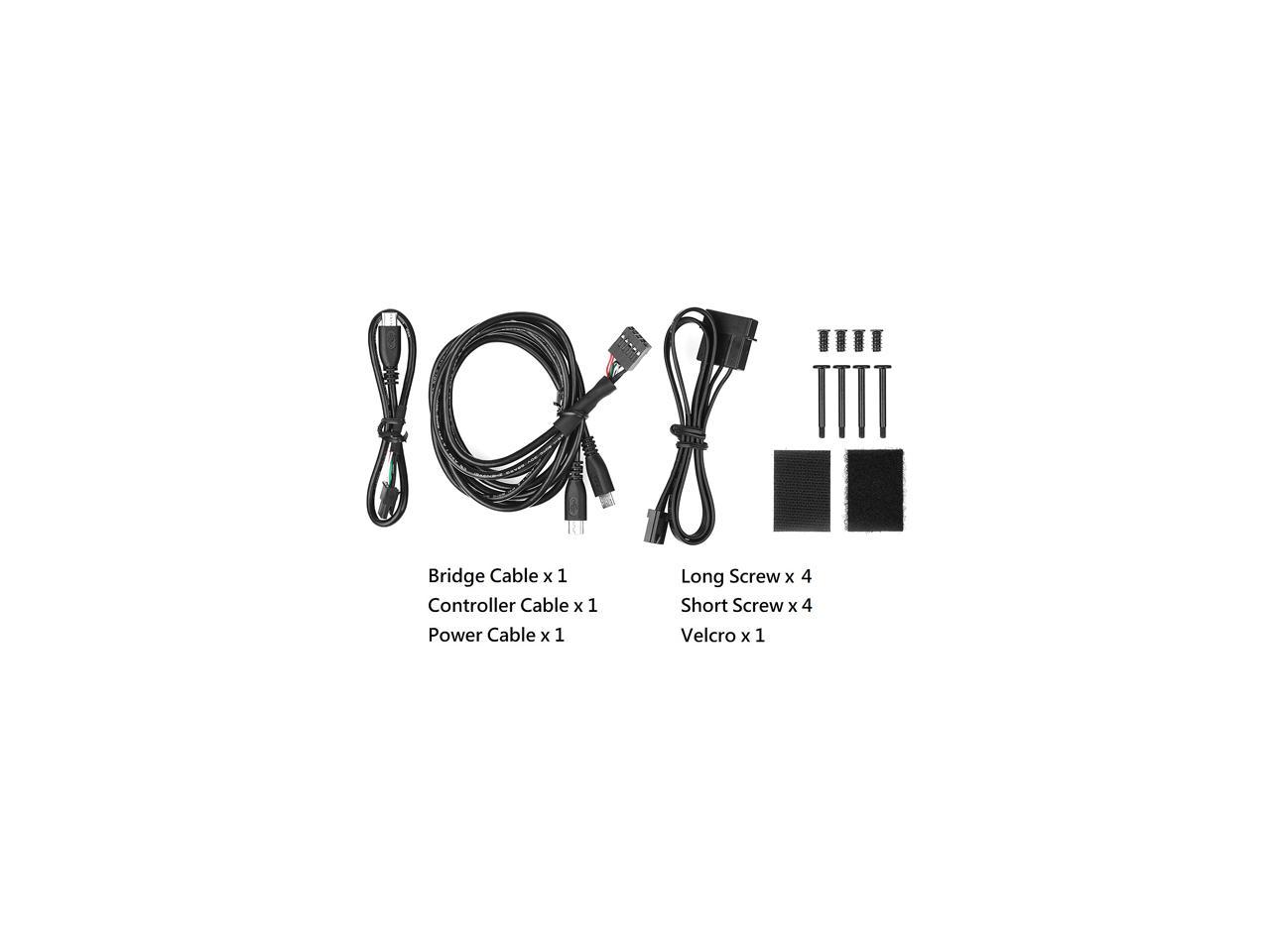 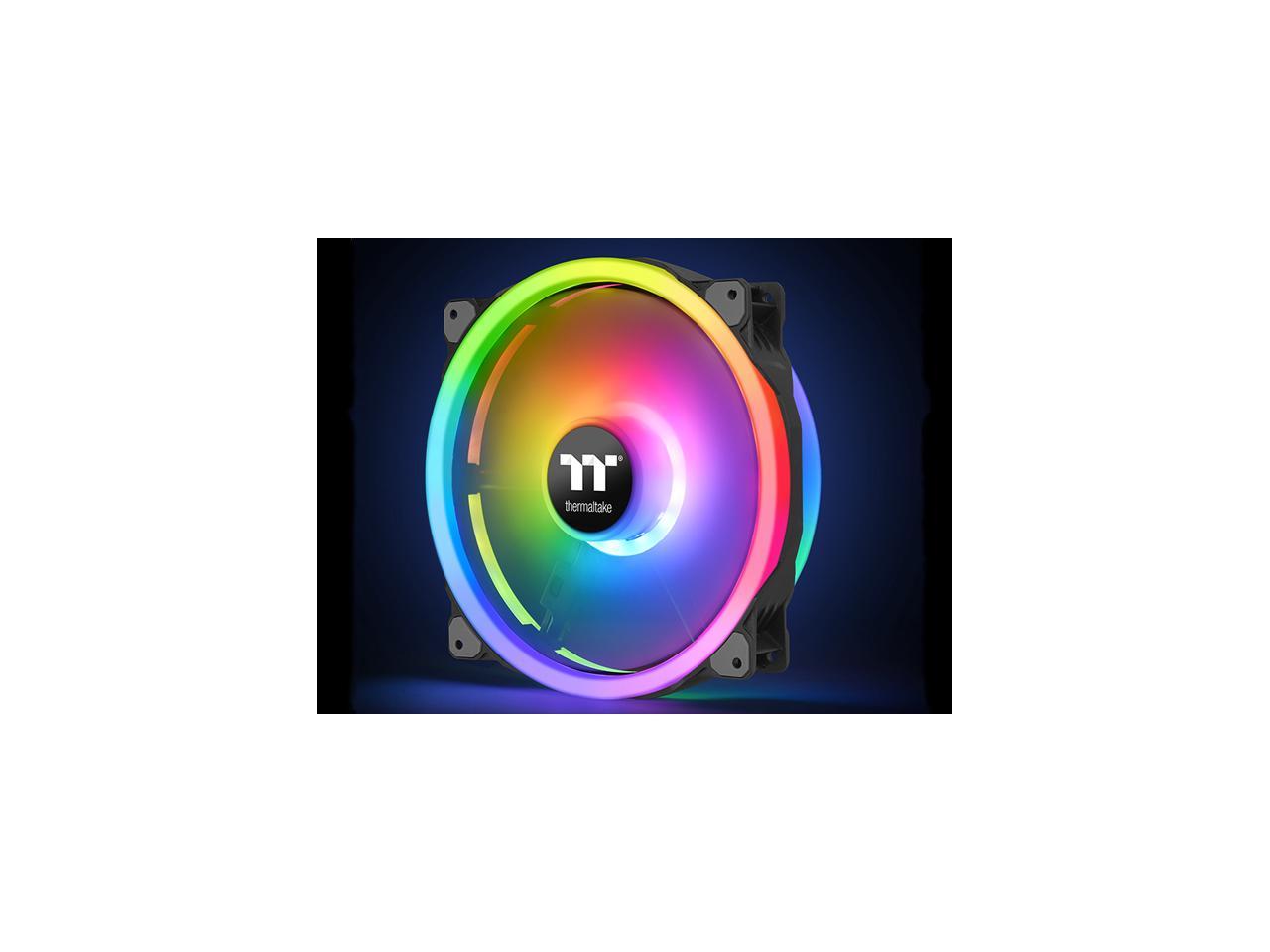 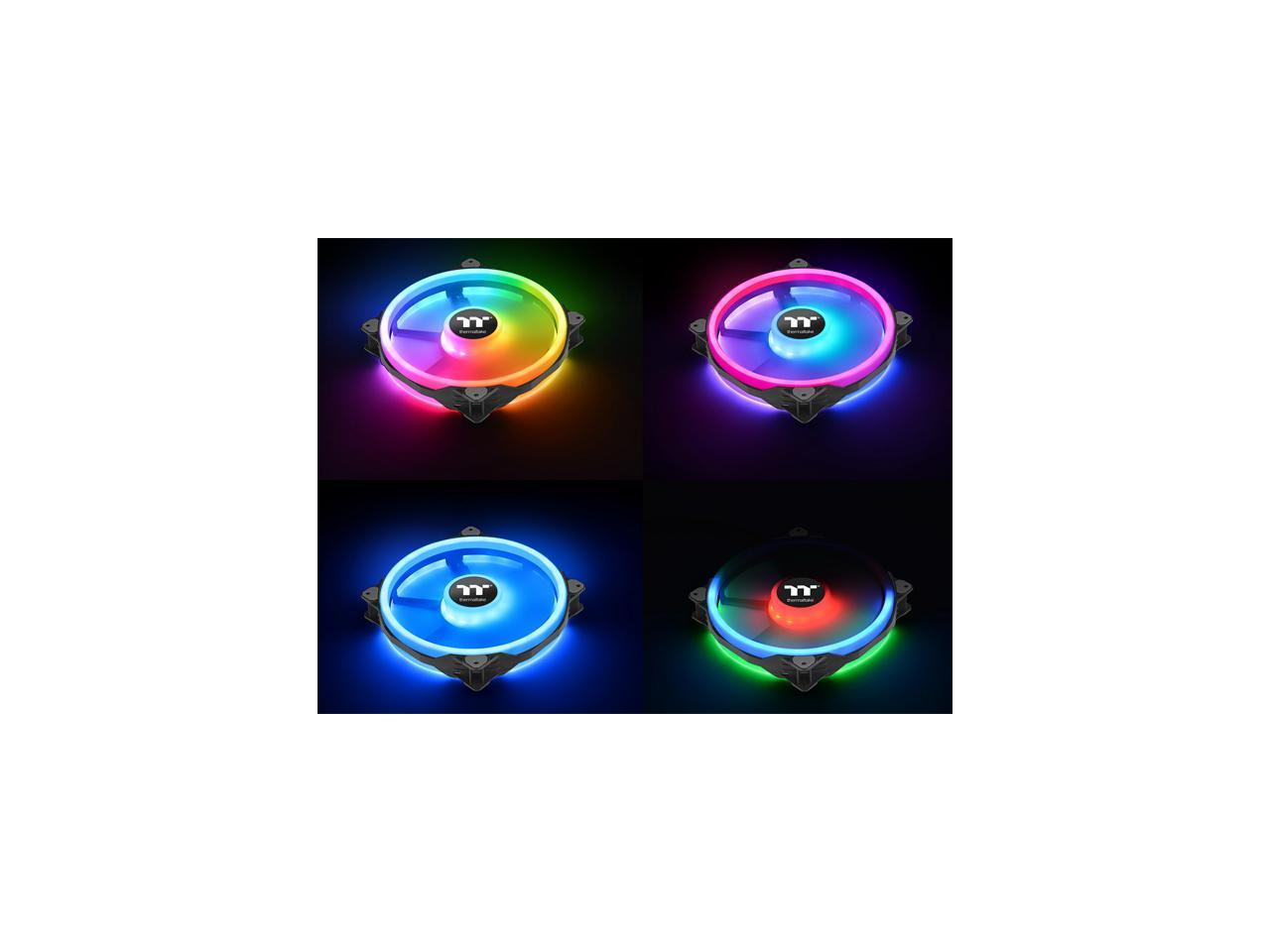 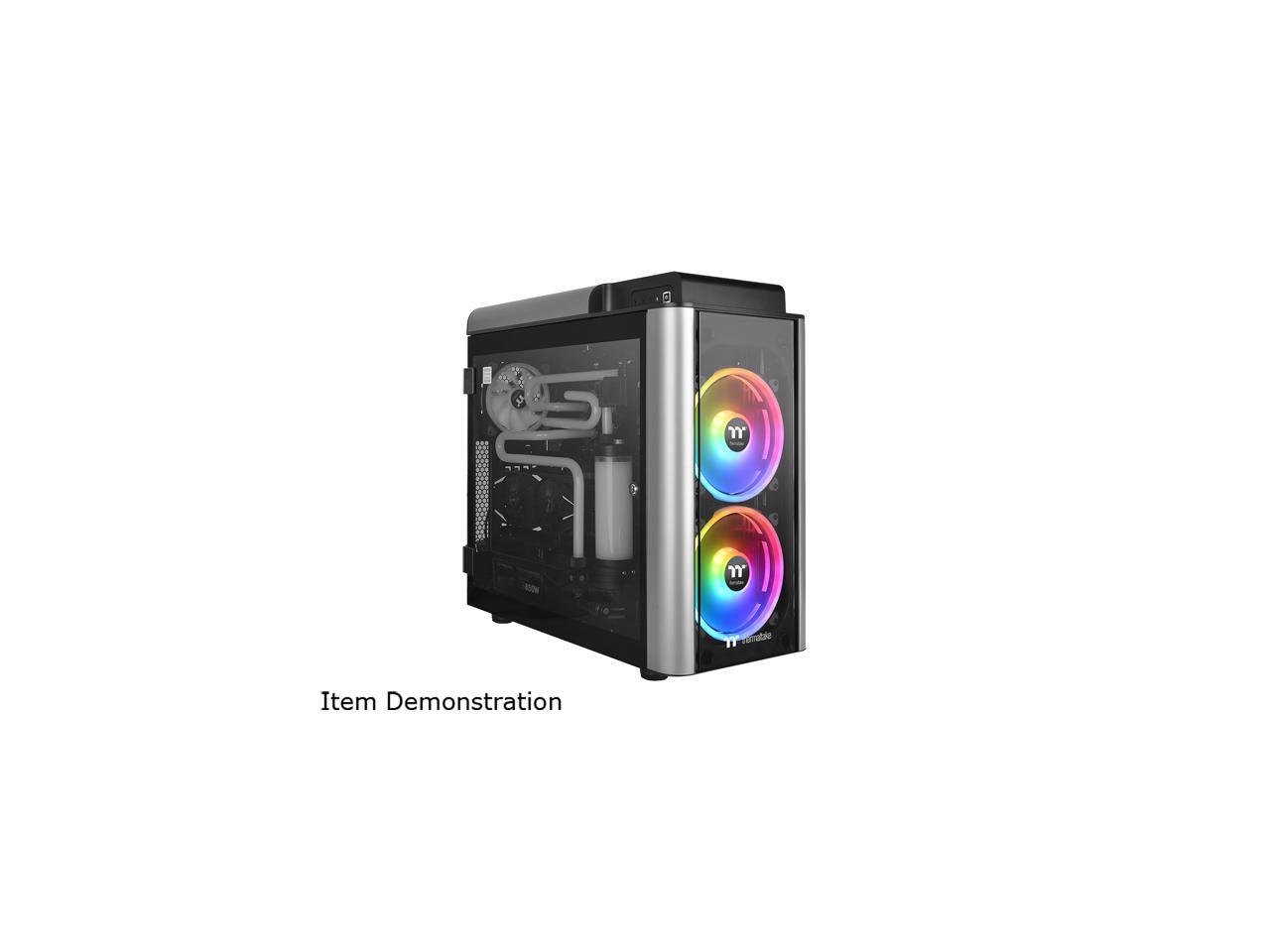 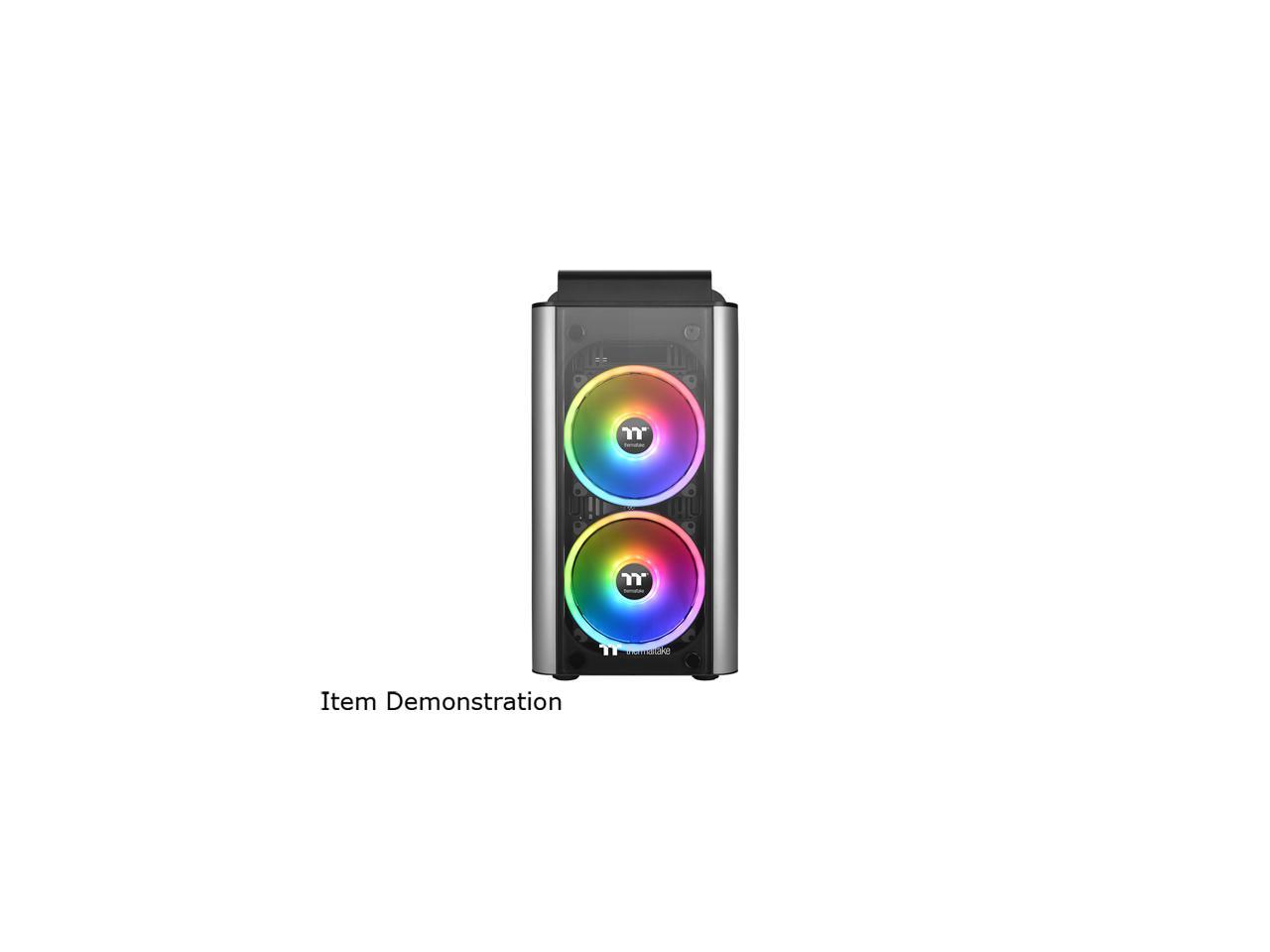 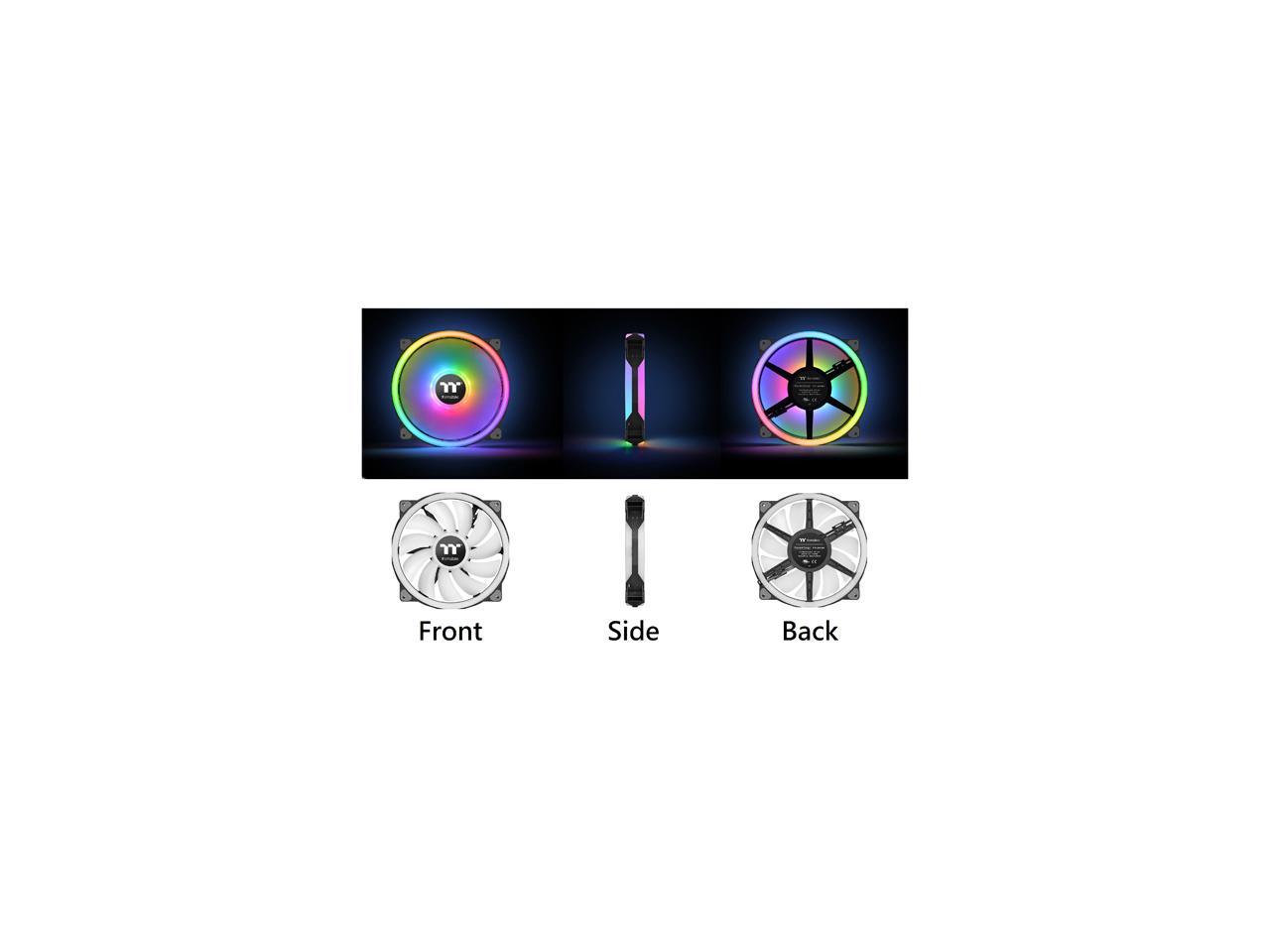 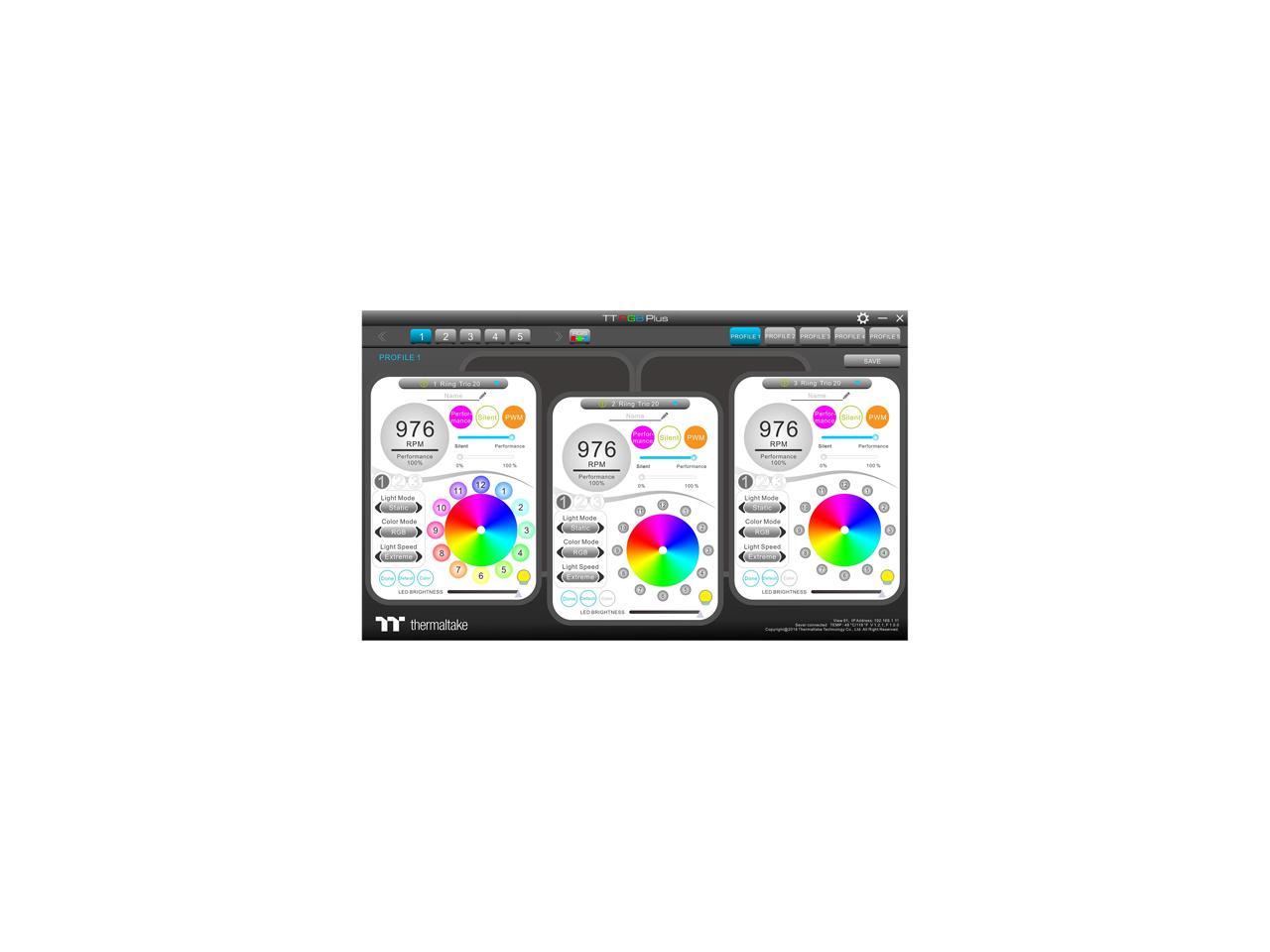 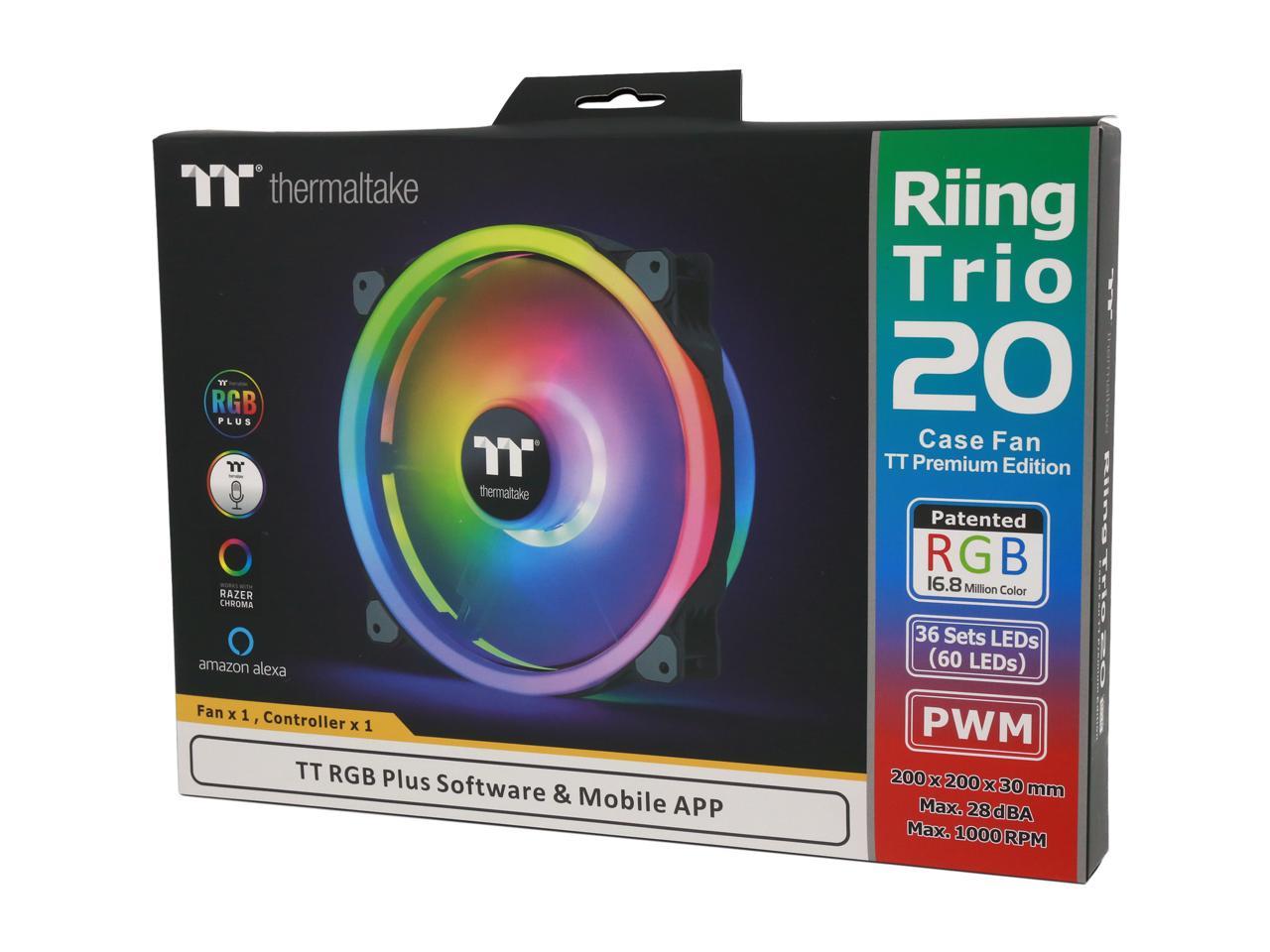 Learn more about the Thermaltake CL-F083-PL20SW-A

Pros: -Simply stunning! -Good airflow for my dual 360 push-pull set-up. -Cables are long enough to get around in my Thermaltake View 71. -Love the colors but at the moment I'm loving the blue accent that radiates throughout the case. -Nice quiet fans as well. -Love the design! Even though there are similar design concepts like Aigo's ring/halo/aurora effect, I have been waiting for some time for Thermaltake to come out with an improved Riing concept. A mere weeks ago when i saw these my mind was made up!

Cons: This is merely suggestion to Thermaltakes R&D: -Would like to see a 6-port/12-port controller instead of using a chain effect. You could eliminate the mass clutter of cables running throughout the case if you are not careful routing it. So plan it out!

Overall Review: For all the Thermaltake followers: This is it. I really like Thermaltake's fans and their Riing editions. While i do own several of Corsair's LL120s, the Riing Trio really stands out not only in good performance but looks as well. RGB fans in general sure came a long way and each time these aftermarket case fans wow us with their stunning looks and designs. For Thermaltake's Riing Trio, this is it. I know there are plenty of people who cannot justify the price. Even i cannot but I have committed myself into investing 4 new sets of case fans to complete my Thermaltake View 71 build. I promise you wont be disappointed. But if the price is too much, there are others of similar specs and looks for even half the cost. For now, Thermaltake's Riing Trio is a winner in my book. Thank you Thermaltake for this stunning new product!

Cons: -Not the best static pressure, fan software is not the most straightforward thing to find. Make sure you download the riing plus software, not the riing premium software. Price is unfortunate, but not absurd.

Overall Review: -If it weren't for the price and the hidden software, this would be a 5 egg. 8/10 would recommend.

Cons: Controller - had to dremel out the spot for the micro-usb connection as it wasn't seating fully. Software - If you have to run more than 1 controller, I hope you have more luck than me. I linked my 2 controllers with the supplied bridge cable. Plugged 4 fans (radiator) into the controller set to 1 (via dip switch) and 2 fans (exhaust) into controller 2. The software then displays 5 fans total....on both controllers in the software. It should display 4 fans on controller 1 and 2 fans on controller 2. Instead, it decides to display 5, so when I choose to change the operation speed or lighting setting on the lucky fan, it applies to another fan as well.

Overall Review: Thermaltake, please fix your software and do a little more QC. Such a shame that probably my favorite fans on the market in terms of lighting, silence and airflow (you know...the important things) are completely hosed by a terrible controller and even worse software.

Pros: These fans look great... the controllers are programmable using your USB bus. You can support 5 fans per controller and daisy chain controllers. These are the fans to get if you want to light sync your case, mb and fans.

Cons: Software isn't great, sometimes the hardware doesn't respond to software configuration change. Once the setting actually apply... the fan lighting will work correctly. They needed to have done more SW testing with this under 4k /8k resolutions.. Win10 Environment.

Overall Review: Good product... would buy again... but this product would be great if the software worked better. Under very high res, had to run in compatibility mode Win 10 to get to work. Also UI could be more responsive.

Overall Review: When I first read the reviews about these fans I thought to myself. This must be an old or early revision of the software that is the issue. Or, man it can't possibly be as bad as people are saying, it must just be some fringe thing. Well, unfortunately its all true, and the worst part is the quality of the fans is top notch. The software however looks like something I would have created in Visual Basic when I first started learning about programming in the early 2000s in high school. Calling it pathetic is an understatement of monumental proportions. It is incredibly unstable, I have only had the fans installed for about a week now and I have had to uninstall the software and wipe the system files before reinstalling twice to get it to start working again. When it does work you do not get full PWM control, you only get to use one of 2 preset profiles (silent and performance) that you do not get to define or see from what I can tell. That are controlled off a temperature sensor that doesn't seem to match up with any of the temperatures from anything else in my system. Also the chroma connect refuses to stay enabled so I have to enable it manualy every time I turn my computer on. The thing that makes me the most angry out of everything. Out of all of this, is my computer looks awesome! Darn it Thermaltake! Now I have to return these fans, and spend more money on something that looks less cool just so they work. In one of your cases none the less!!! TLDR: Buy these fans if you want your computer to look cool occasionally and not work properly and make you mad most of the time.

Overall Review: The fans themselves seem fine, but the dream system I built deserves better software controlling these.

Overall Review: i dont recommend it !

2 out of 2 people found this review helpful. Did you?
Manufacturer Response:
Greetings, If you still have the product when it happens we will be publishing new software that will fix most issues. Please keep an eye on our social media for the announcment.
Anonymous
Ownership: 1 week to 1 month
Verified Owner
Fans look good. Too bad about everything else.9/23/2020 5:14:21 PM

Pros: The fans look amazing. The lighting effects are smooth and fluid, and the range of colors is fantastic. While idling at about 500 - 650 RPM these fans are almost completely silent. The build quality of the fans is incredible.

Cons: The software. Its interface looks like something anyone could make in MS Paint, the only speed controls are between "Silent" and "Performance", expressed as a slider. No customizable fan curve. The fans in my computer keep ramping up to about 1000 RPM for like two seconds and then going back down to the silent 500 RPM. The fans do not plug into fan headers on the board. Instead, they use proprietary connectors that resemble USB 2.0 headers, that plug into the controller box, that plugs into a USB 2.0 header. My computer, upon booting, keeps complaining that no CPU fan is detected because I'm using the fans on a water cooler. The fan controller randomly says that it's not detected, making the fans run at about 1000 RPM-ish at all times. This is definitely software, as literally starting up the software, turning it off, and turning the software back on again will make it detect the fan controller.

Overall Review: While the build quality of the fans is amazing and the visual fidelity of the lighting is on-point and flawless, the software is horrendous. With no adjustable fan curve, flaky essential fan hub detection and abysmal hardlocked temperature sensors attached to the built-in fan curve, this is a hard thing to recommend.

2 out of 2 people found this review helpful. Did you?
Manufacturer Response:
Greetings, Your issue may actually be a defective controller. Pleas reach out to us at thermaltakeusa.com under support use eRMA service and request a new controller. We are happy to exchange parts that are defective at no additional cost to you.