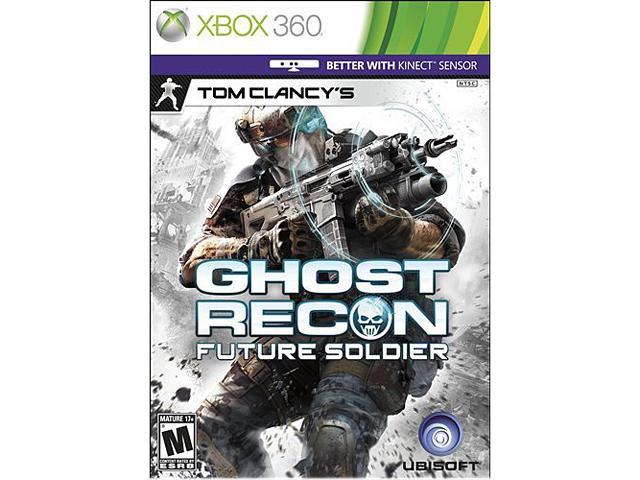 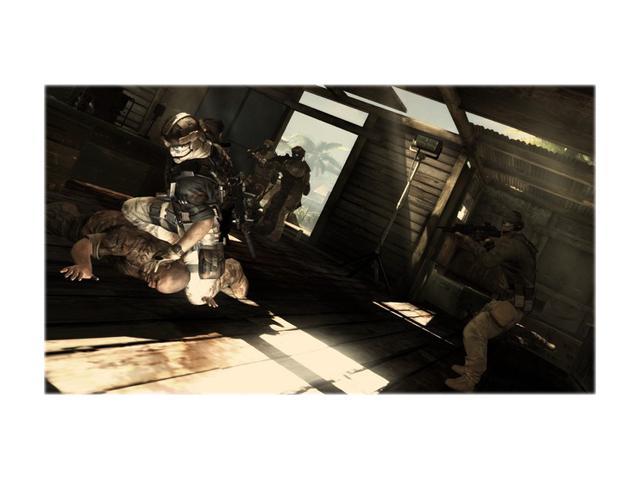 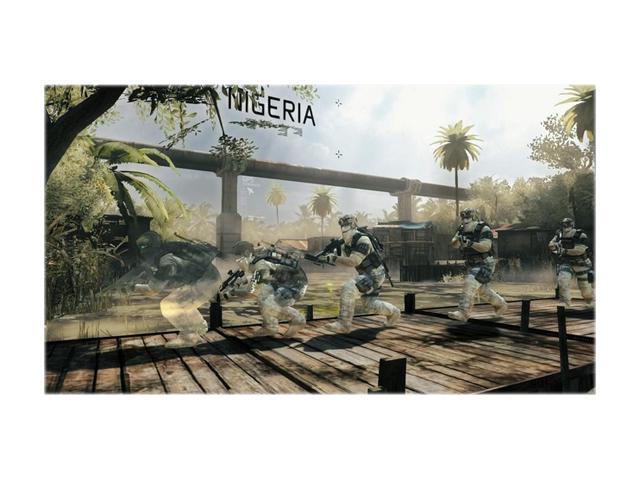 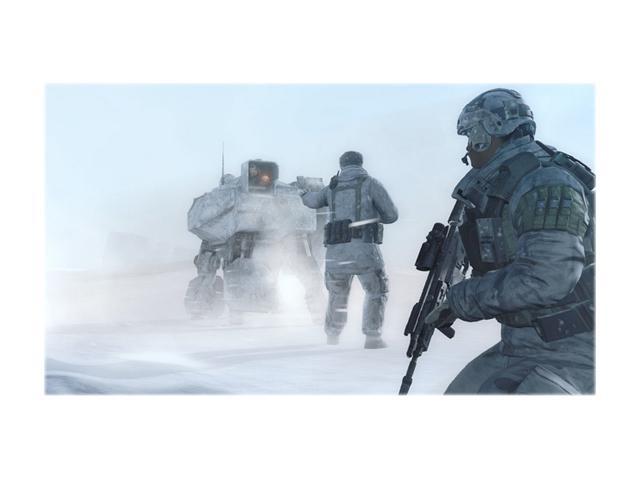 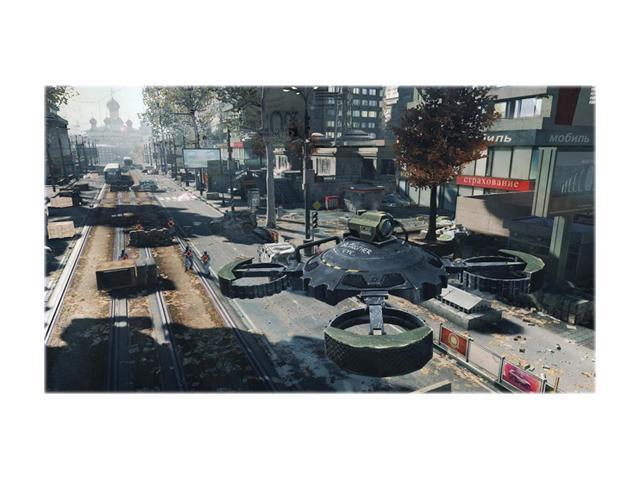 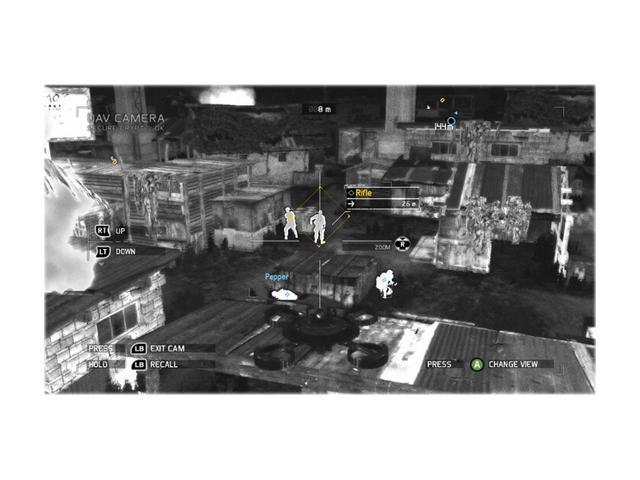 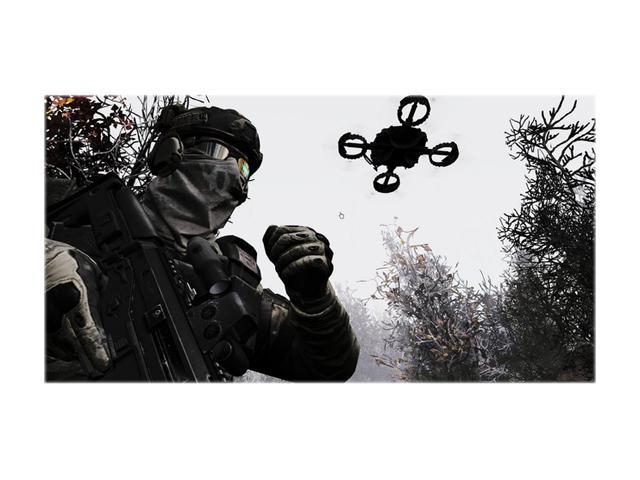 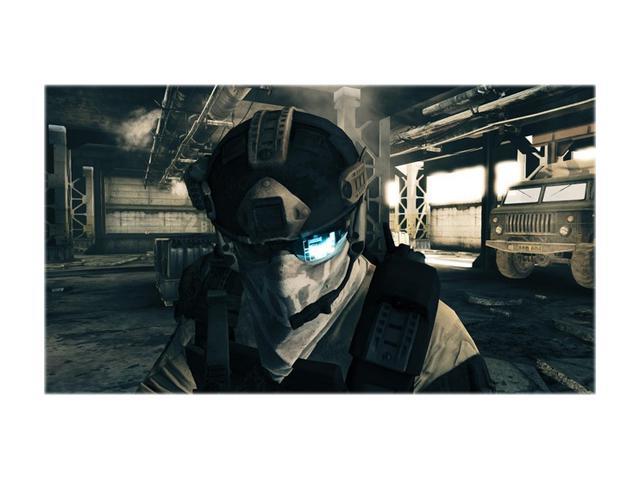 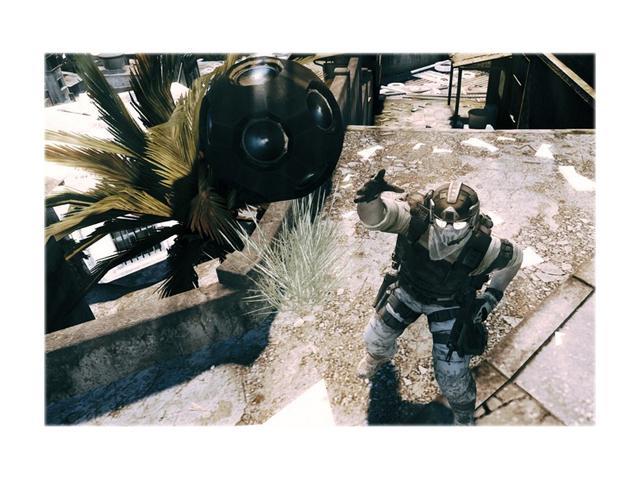 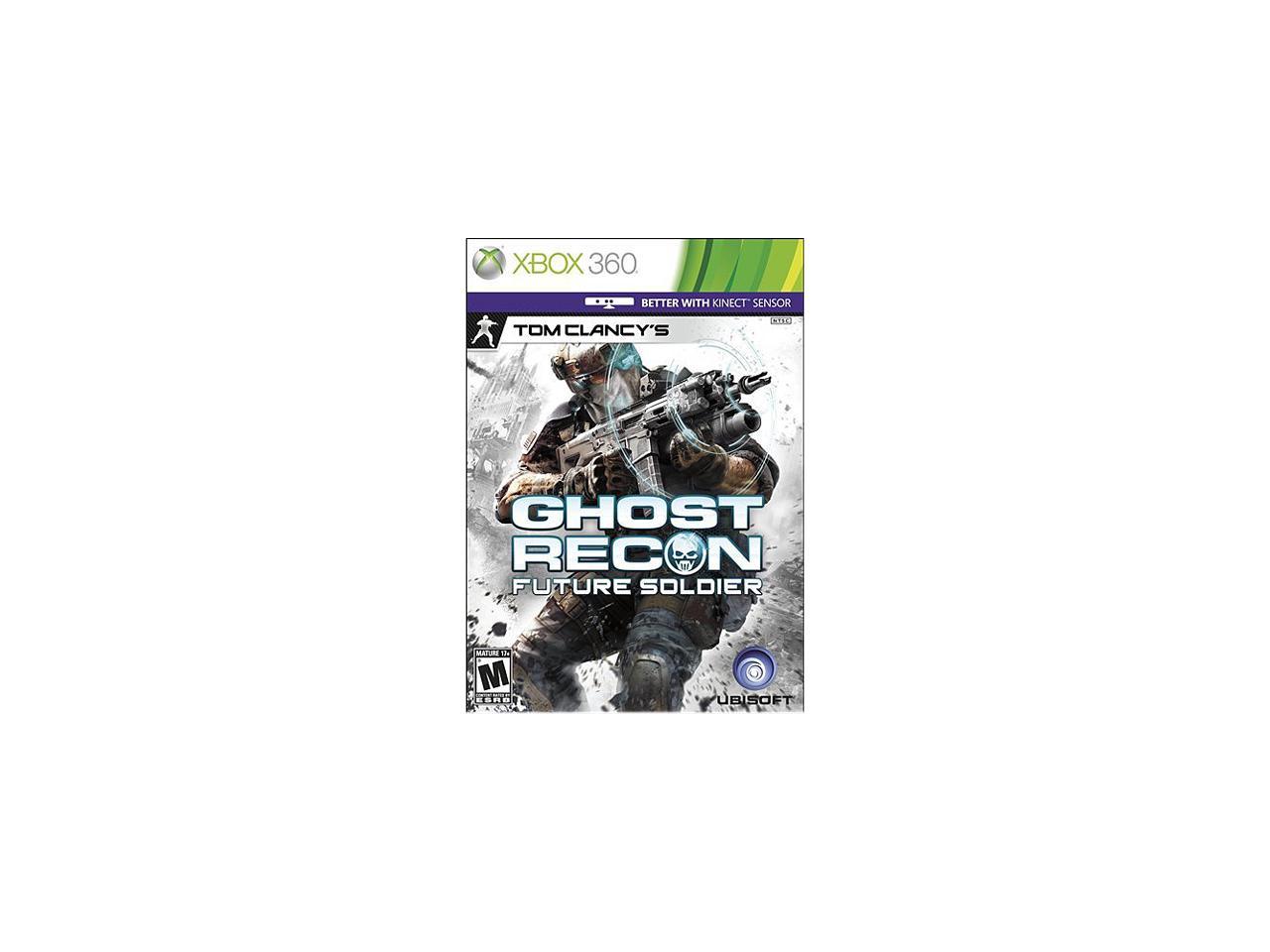 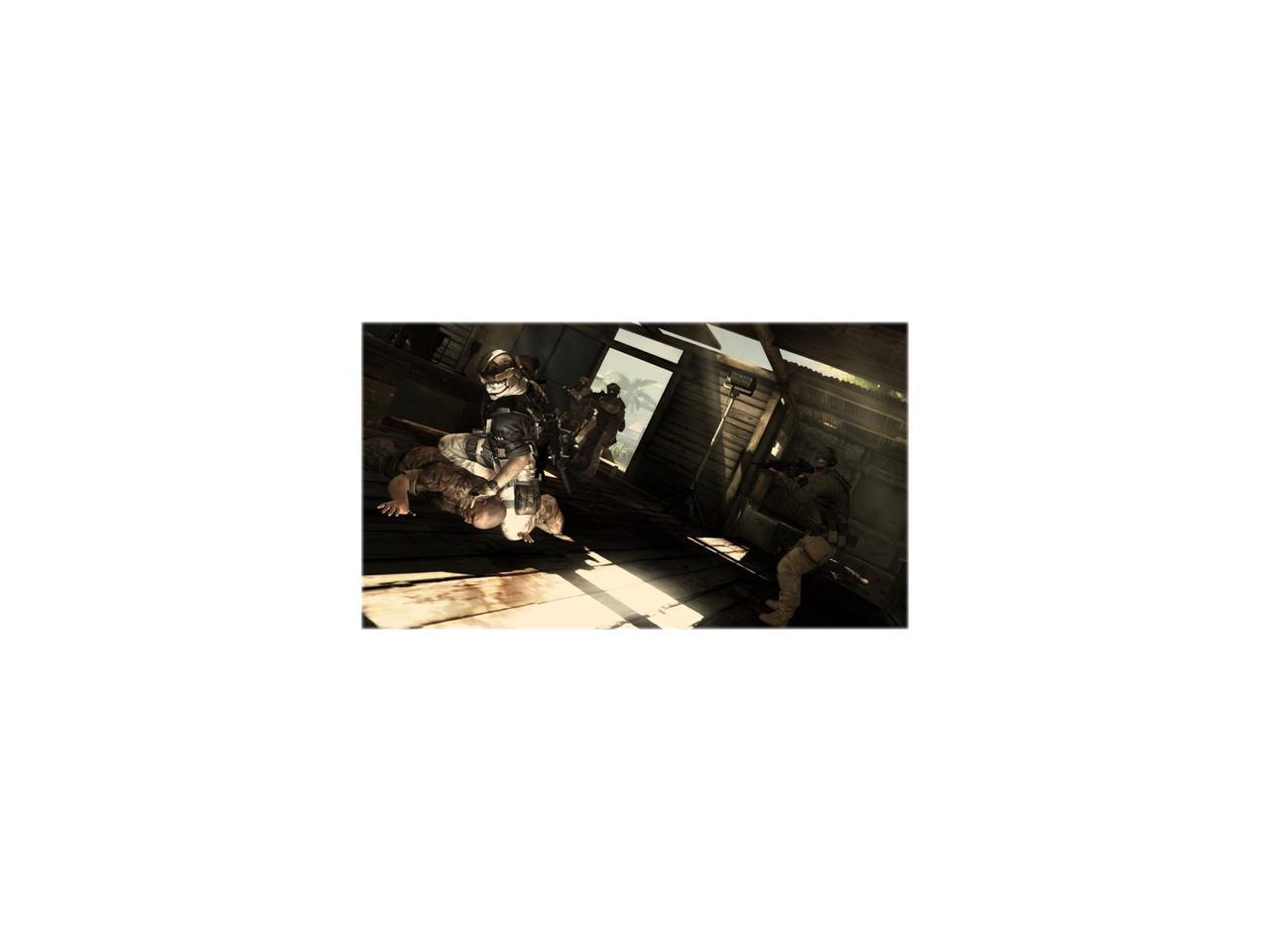 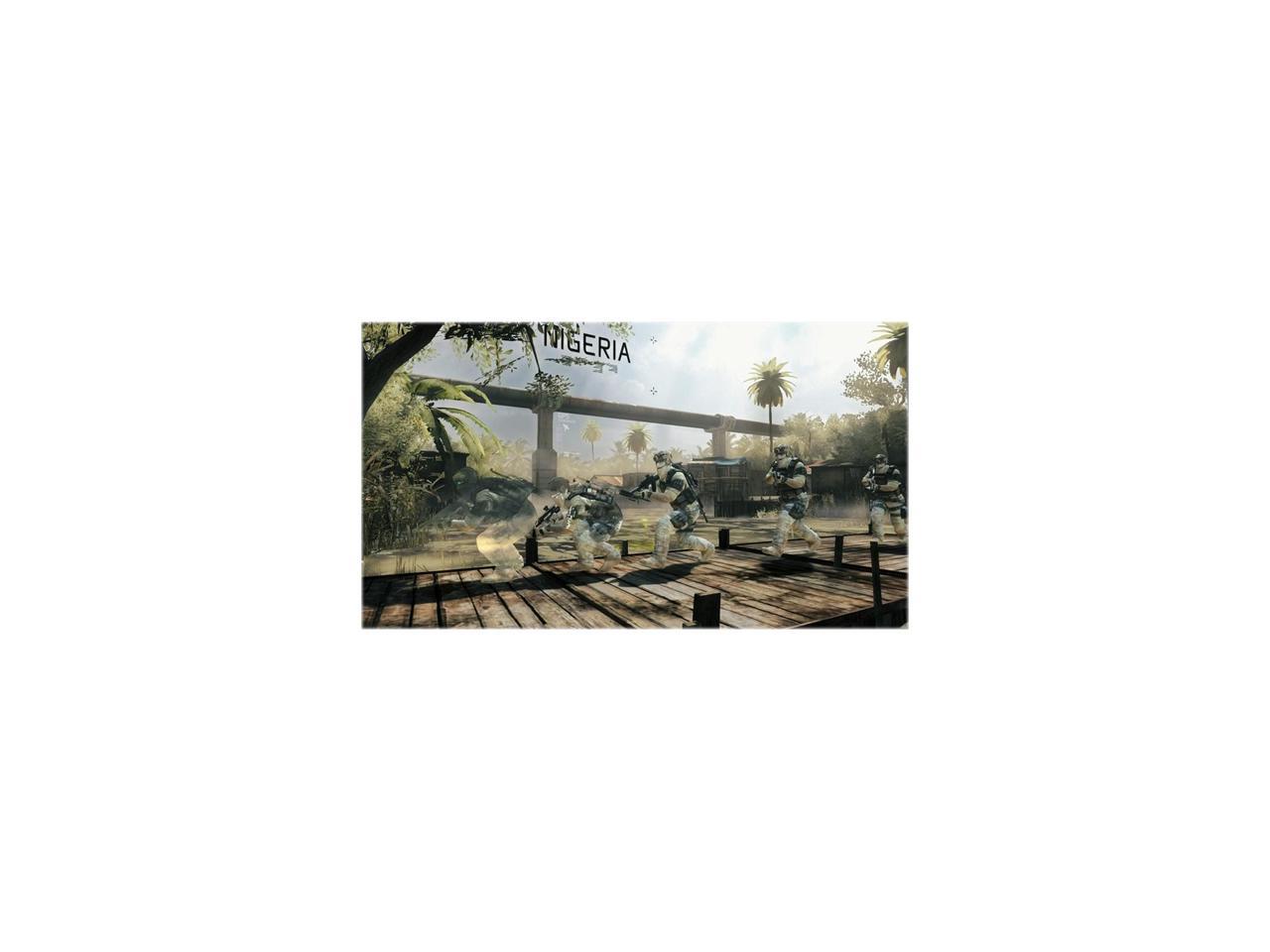 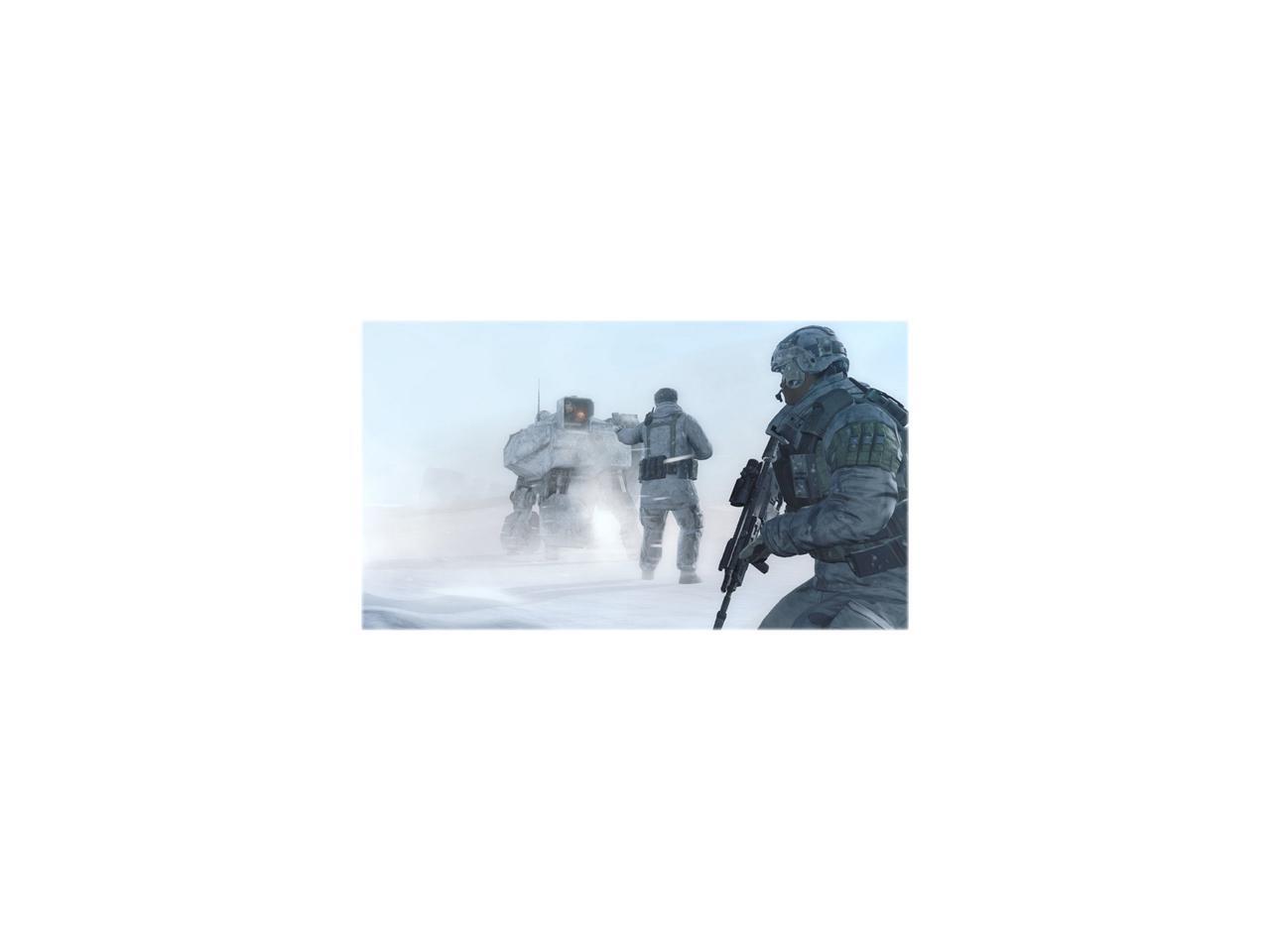 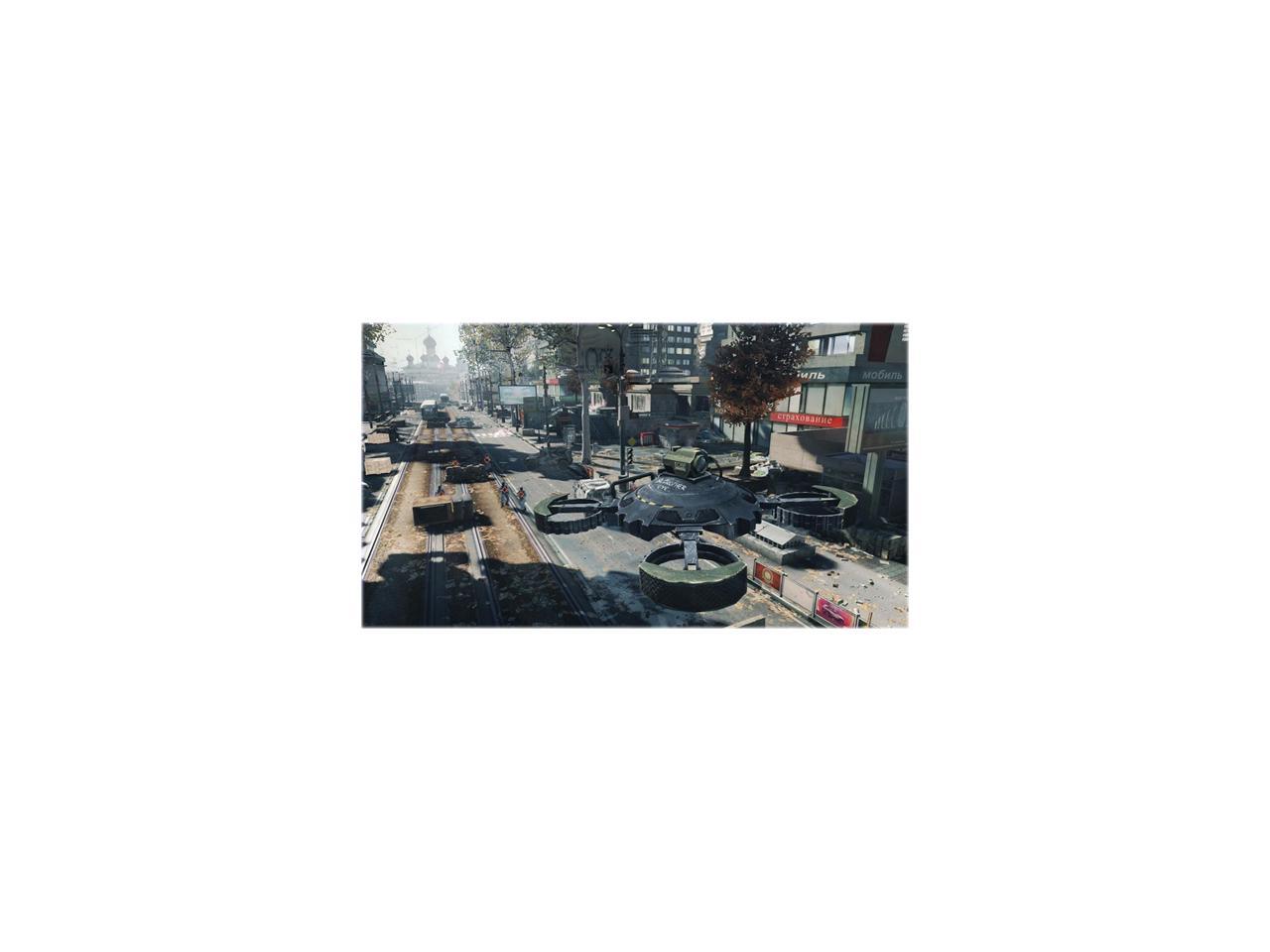 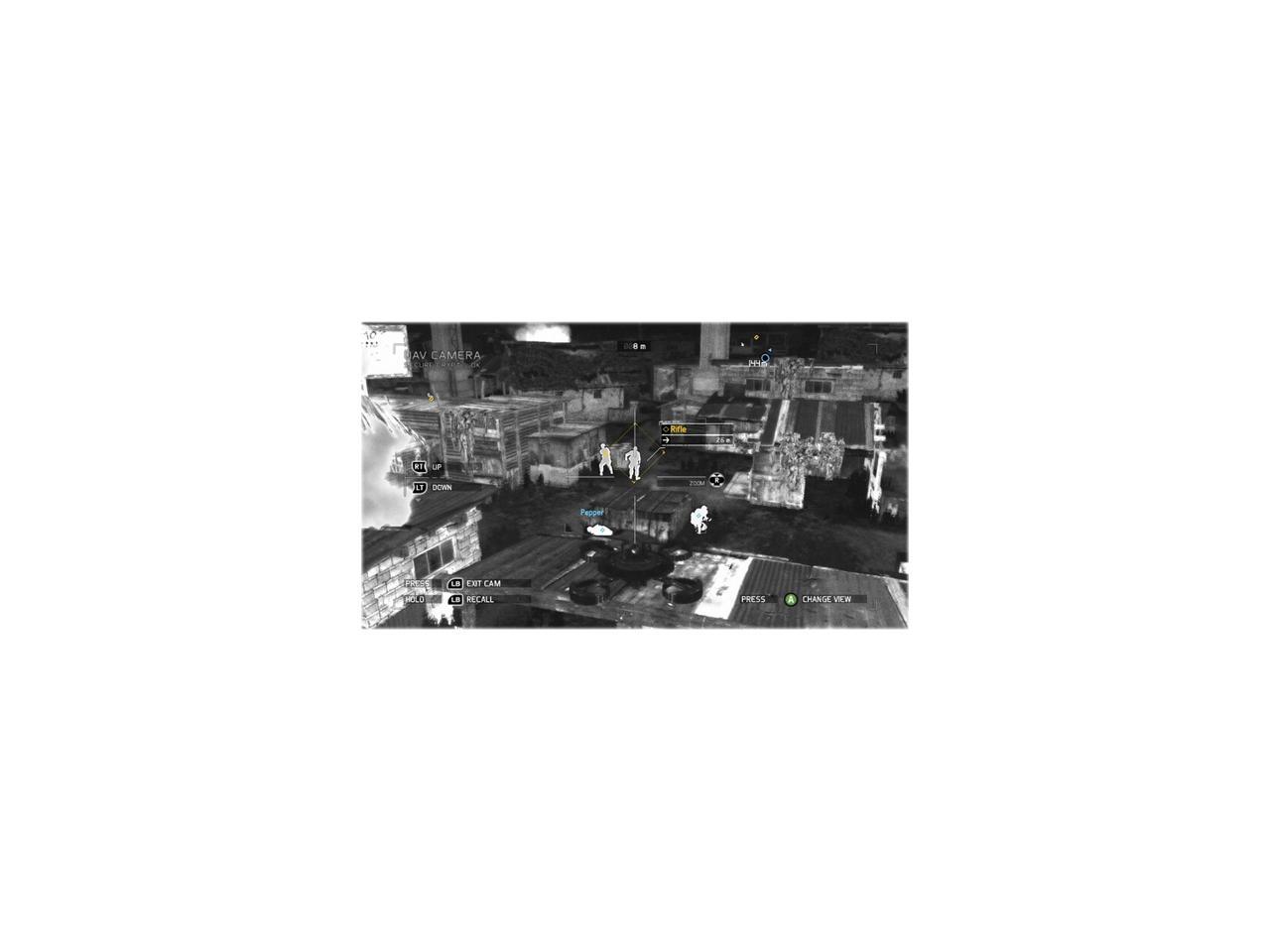 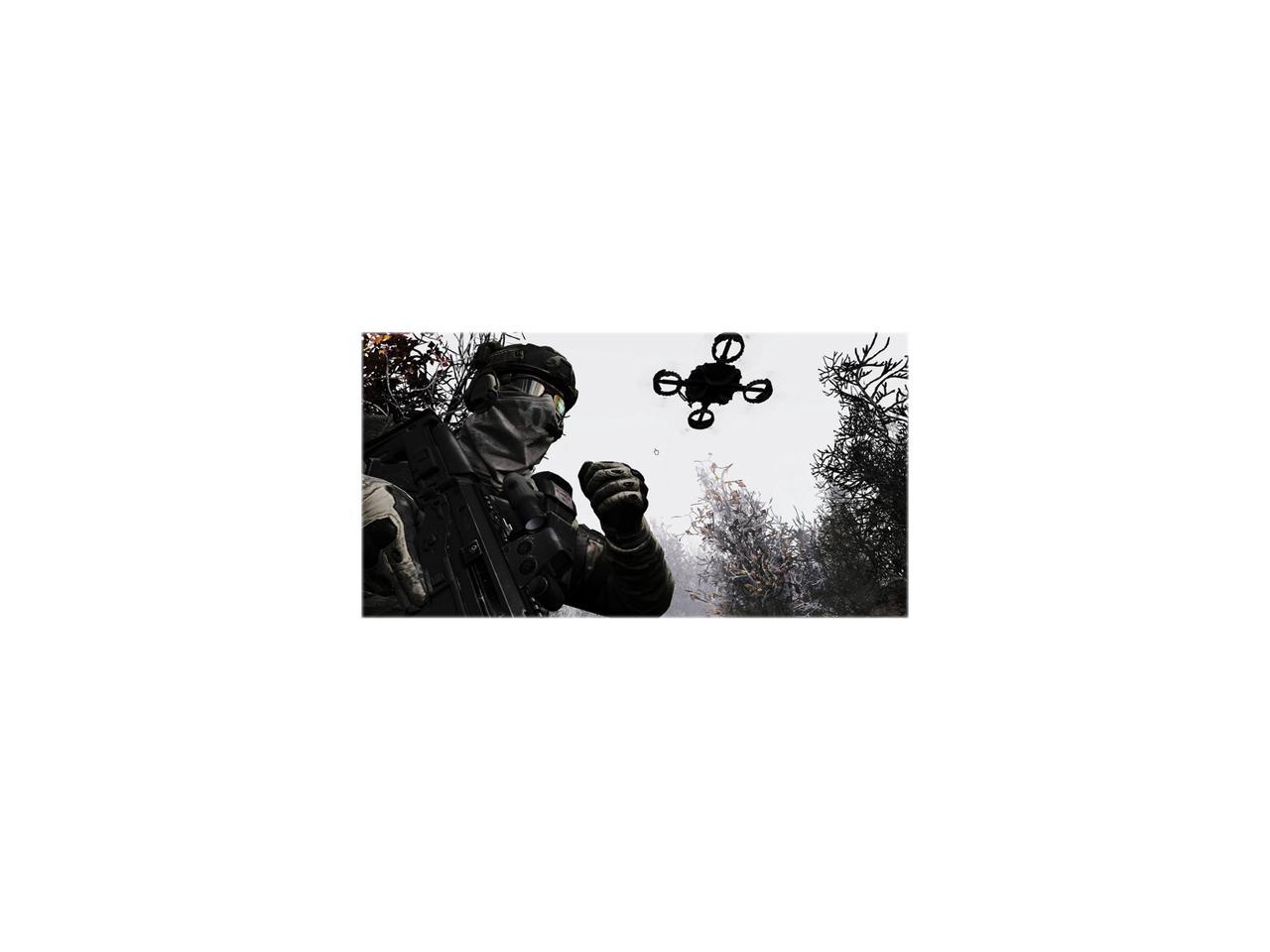 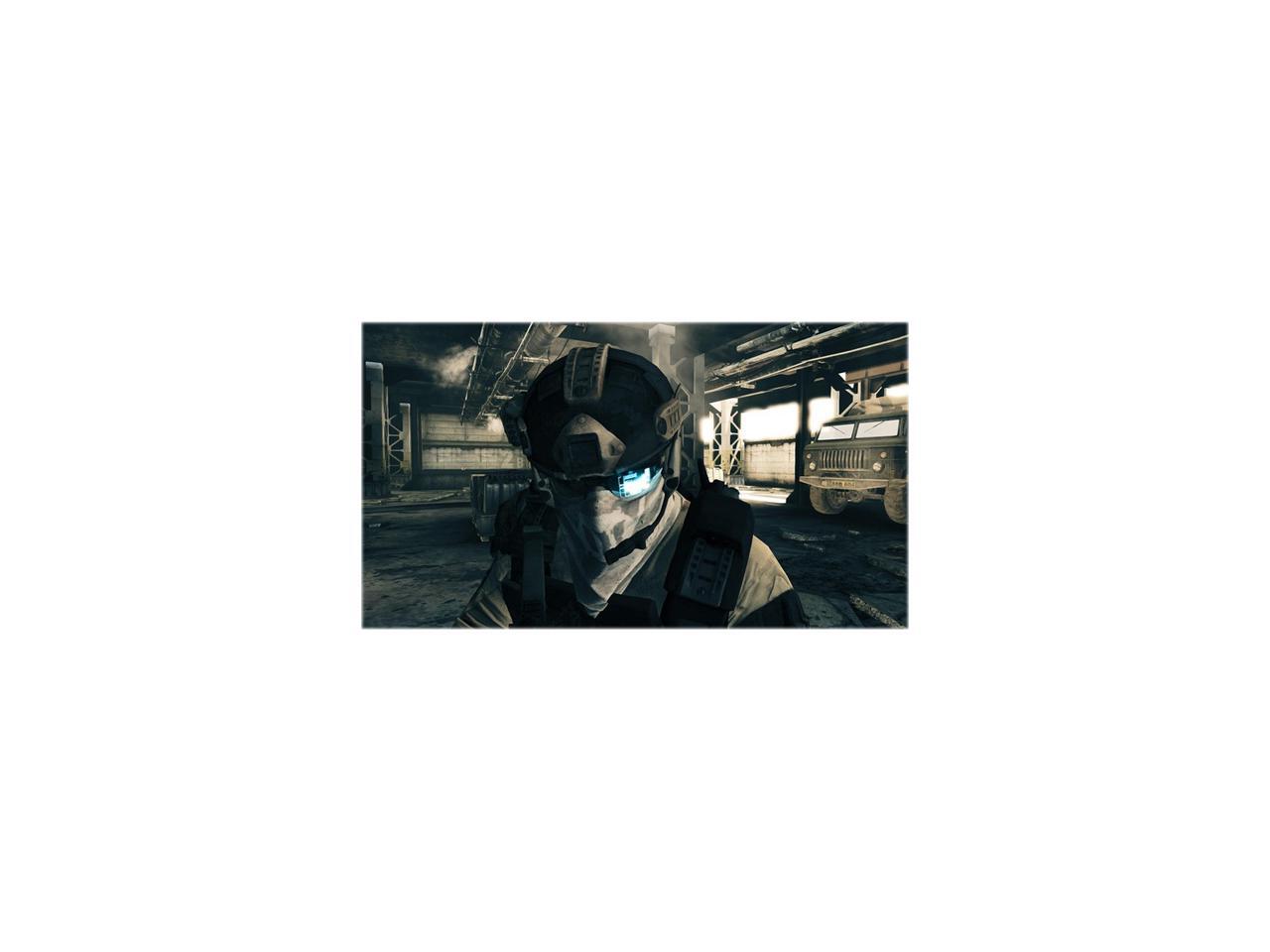 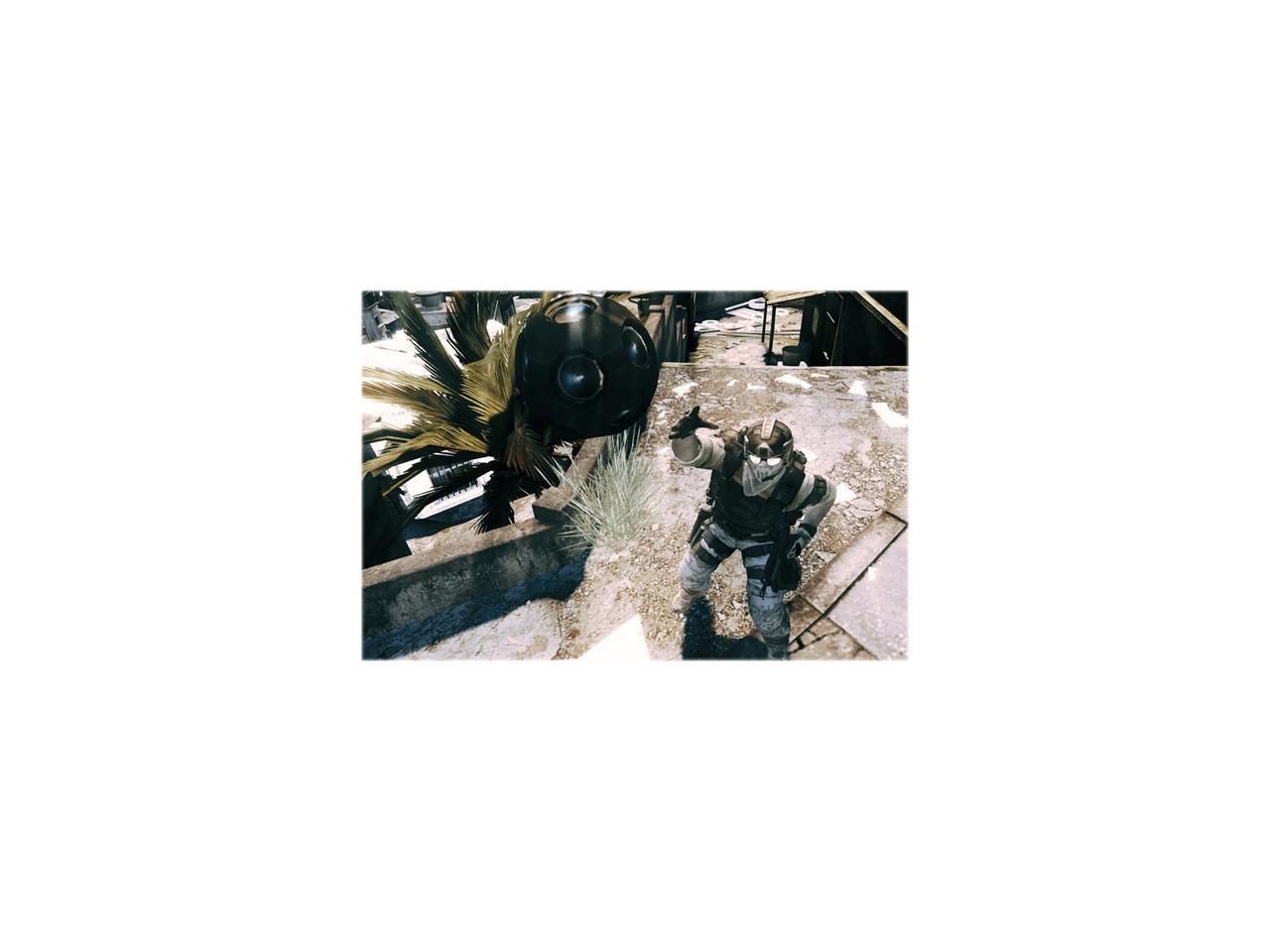 (7) Write a Review
In stock.
Ships from United States.
Please note that this product is non-returnable and non-refundable.
LOADING...
Overview
Specs
Reviews


Future Soldier is a tactical shooter in the Tom Clancy's Ghost Recon franchise which drops players in the middle of a covert operations throughout Europe against fictional ultranationalist groups. In this hot war players must use both individual skills with weaponry large and small, as well as be able to work with their fellow squad members to complete mission-based objectives. Additional features include: optical camouflage, making players virtually invisible, new support options via heavily armed ground and air combat drones. Features single player campaign and multiplayer play options.

Pros: Great game, game play, graphics, and multiplayer, YOU MUST WORK AS A TEAM or else you DIE!

Cons: Campaign feels like is been done before (COD, Battlefield, Medal of Honor).

Overall Review: this game is very tactical and is a team based shooter you must have friends online that are team players because that lone wolf killing streak b.s. from C.O.D doesn't work here!

Did you find this review helpful?
Thomas S.
Ownership: 1 month to 1 year
Verified Owner
People who reviewed this have no idea what they are talking about7/18/2012 2:44:17 PM

Pros: Great Graphics, incredible visuals, great music that represents the action and good gameplay. Multiplayer is great, if you know how to play it that is.

Cons: The only real con it has is that it is taking Ubisoft forever to update the game and correct their server issues.

Overall Review: I like how people are saying it's CoD. You guys must have been playing it that way, but heres a tip. Don't. It's a tactical shooter, keyword there is tactical. If you don't use cover to your advantage, cooperate with your team mates and use strategy to take objectives, your doomed to fail. There are ways to to exit the game (talking to you Joker, and it's something called pressing START and hitting RB twice to get to the options menu) as well as fixing your loadout while in a lobby. Should have the gave the game more time and learned everything about it before reviewing and giving false information to people who have been looking into getting this game.

Pros: The custimization of your weapon is about the only good thing about this game.

Cons: Everything, dont even get me started on the Multiplayer and the campaign is just boring and dry. This is just a COD game in 3rd person.

Overall Review: Dont waste $60 on this game, you will be disappointed....

Cons: Kinect support is really a joke, force me to stand up to customize guns and its easier with a controller.

Overall Review: This is really a good game, the review about multiplayer being confusing its team oriented objectives only, there is no team death match they removed it cause people want a game thats not everyone is rambo, like COD/Battlefield, you can still play it like TD but dont expect to win you must communicate and play as a team. There is a horde type mode that is really fun. One of the best aspects of the game to me is that you can completely rebuild a gun and add different parts slightly changing things and then test them on the firing range to see if you like it. As for the style of play its all 3rd person they did away with the switch to 1st. I would say the game play style is like gears of war with the running and cover system with a mix of rainbow six as the way the weapons are. Makes for a really good game.

Pros: Co-op story is extremely fun, but even the single player feels like you're playing with actual people, which is very enjoyable. Guerrilla mode (like Firefight in Halo) is also a lot of fun - I've only played it with one other person and I could only get to the 10th wave out of 50. I imagine it'd be much easier with a total of four players. I love when someone is shooting at you while you're in cover your screen starts shaking - definitely helps to immerse you in the experience. Haven't played the non-cooperative multiplayer yet, but I don't expect much out of it, as I mostly enjoy co-op games. I haven't messed with the "Gunsmith" feature too much, but it seems like it'd be really cool once you unlock some upgrades

Cons: Learning curve is a little high - i.e. the controls are really different compared to Halo, Call of Duty and BF3. A lot of times I want to run, but I end up getting stuck behind a box to cover, as the 'get to cover' and run button are the same. Some parts of the game are unfinished (bugs/glitches) and they can be distracting. Sometimes during co-op games I won't hear the sound from gunfire or grenades. The game mentioned installing the game on my HDD for 'optimal' audio experience, so maybe that'll fix it. The bugs haven't been so bad that they prevent you from progressing though.

Overall Review: Overall, I would definitely recommend this, especially if you're a fan of Tom Clancy games. I love playing co-op games on Xbox Live, so that's where I'll spend most of my time on the game. Most games don't allow it, but I wish you could play at least 2-player story mode co-op using one console - it can only be done via system link or Xbox Live.

Pros: the campaign is ok somewhat short but it plays well let me just say I am a HUGE fan of the Ghost recon series and I've bought every game thats come out and loved it except this one

Cons: in short the multiplayer was horrible (main reason for ppl buying) -only 4 game modes where you do the same thing (no variety) -you cant cutomize your loadout in the lobby you have to do it in game -there is no option for leaving the game. sucks if you're stuck in a 2 vs 6 game -the maps are small and cluttered up with objects. feels more like a maze for close range shooters. but this isn't Gears of War and should be long range -the objectives for the game modes is next to the enemy spawn making it nearly impossible to win. 5 sec respawn. 20 sec to interact with objective -aiming in this game is not good. it has 2 ways of aiming and the quickest ones for aiming are innaccurate. aiming down the sights requires an extra step that is slow -you can just use a sniper rifle as a submachine gun with deadly accuracy there is no reason to use anything other than that unless you have the grenade launcher while there are many other important reasons I ran out of space EMPTY no one pla

Overall Review: let me clarify that this is coming from some one who loves the GR series and was tired of playing COD or Battlefield. I was hoping this game would bring me back to obscene amounts of hours wasted on gaming. but sadly it did not. I am highly disappointed in this garbage that they decided to shell out. I wish I could get a refund. I want to punch whoever let this go through.

Pros: there is none

Cons: i dont know what happened. the gametrailers sold me into buying it. the game seems to be unfinished. the multiplayer is confusing. i advise not to buy this game

2 out of 10 people found this review helpful. Did you?