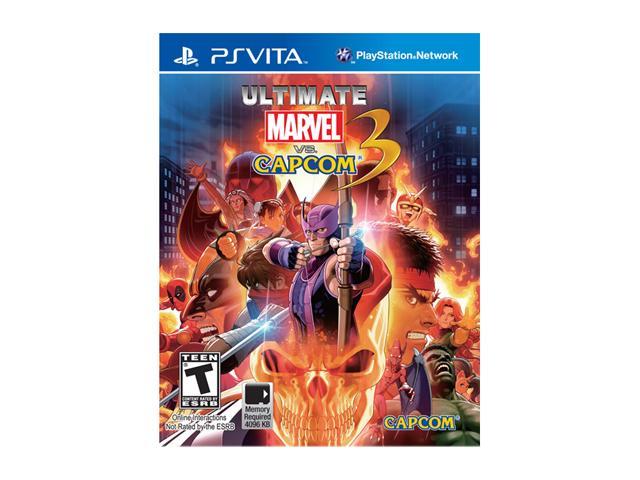 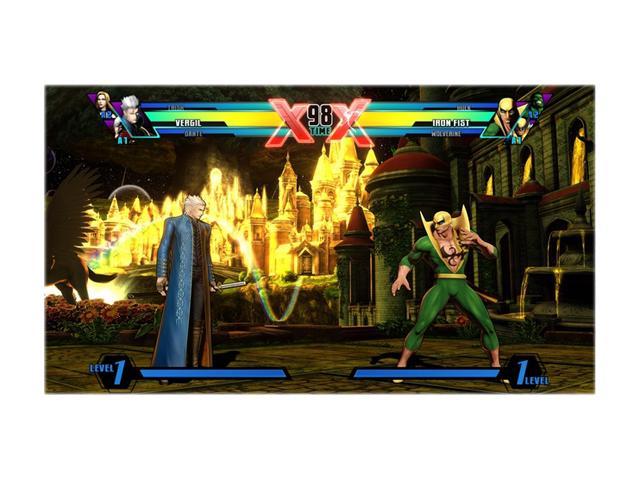 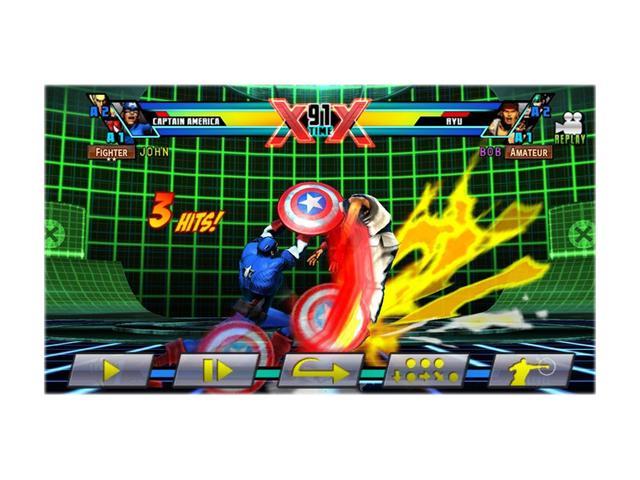 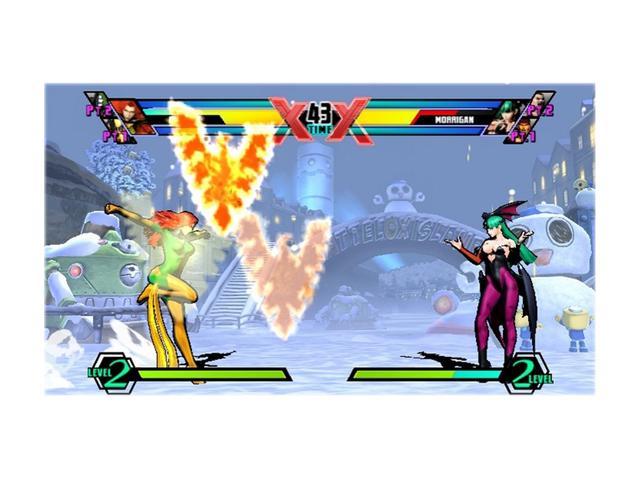 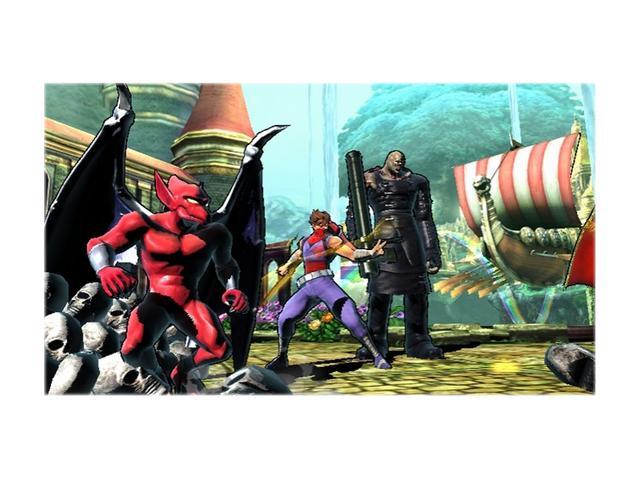 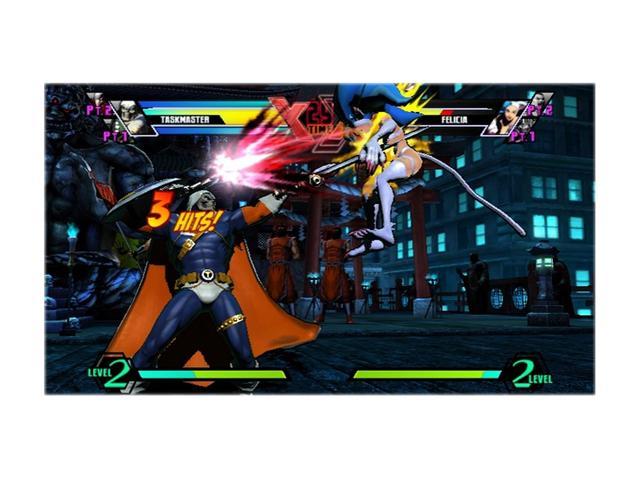 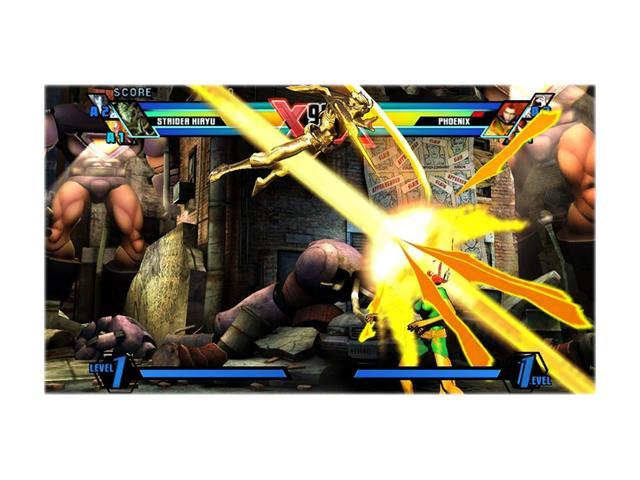 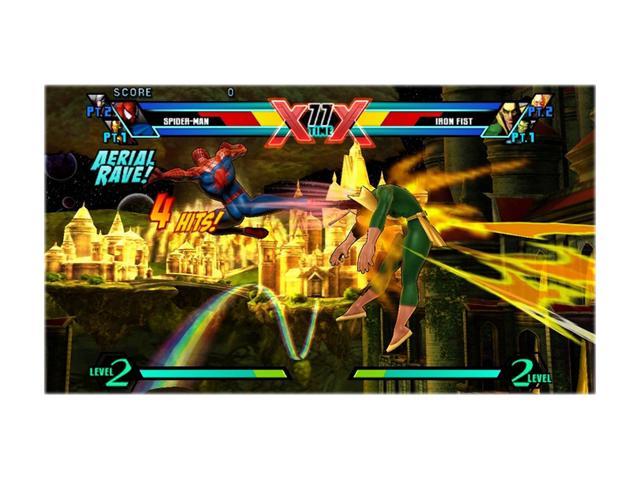 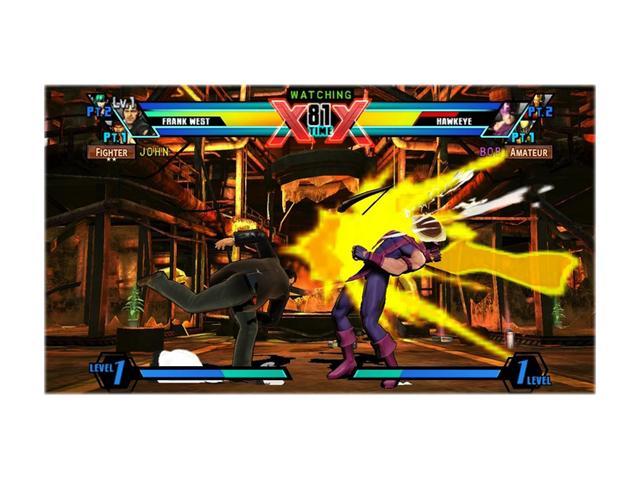 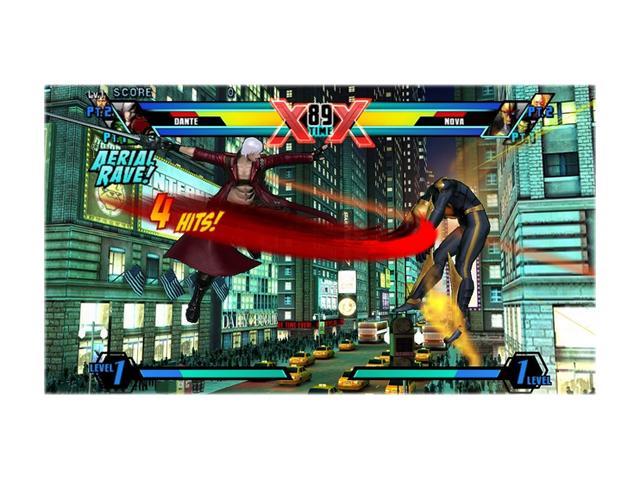 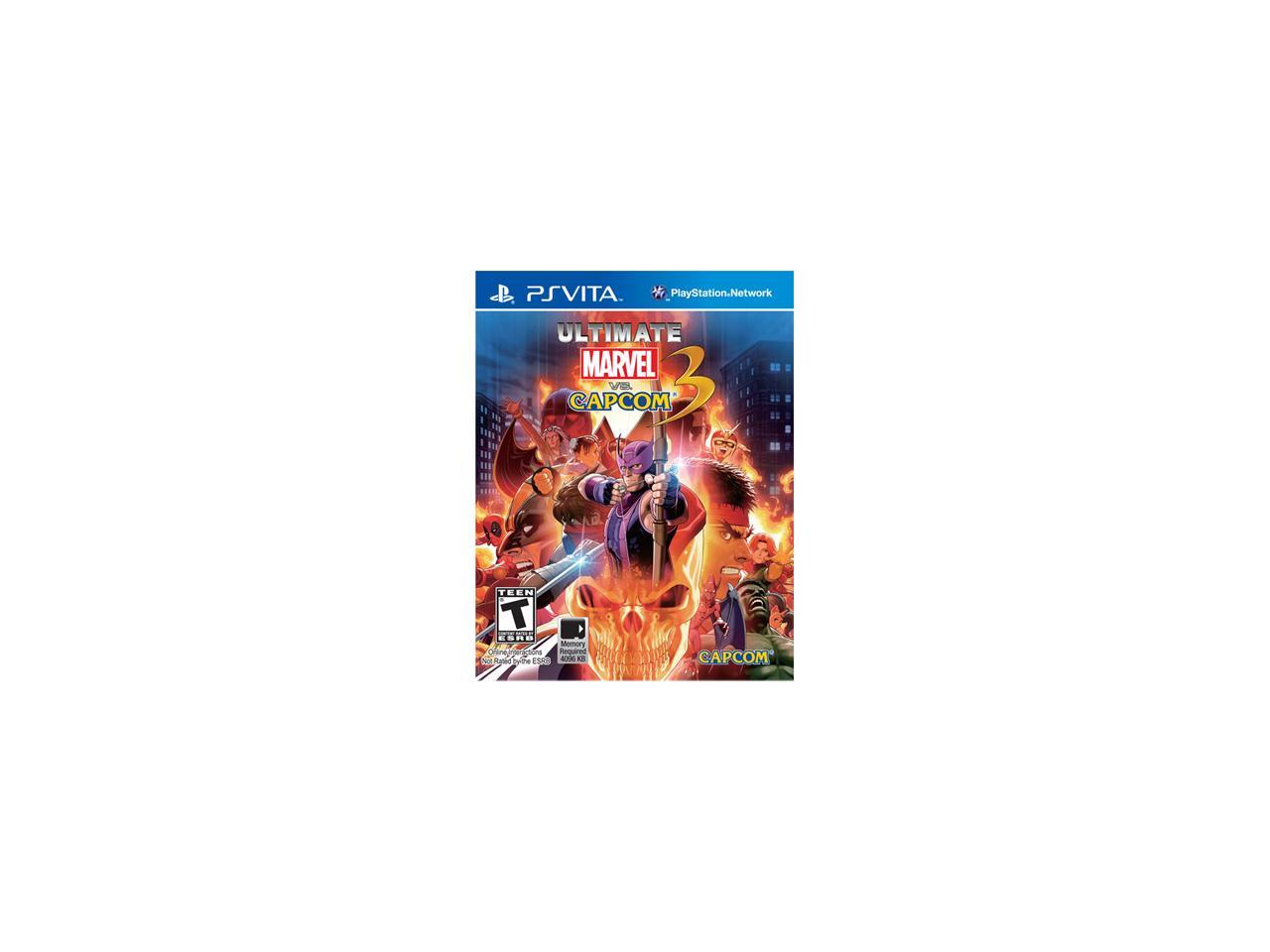 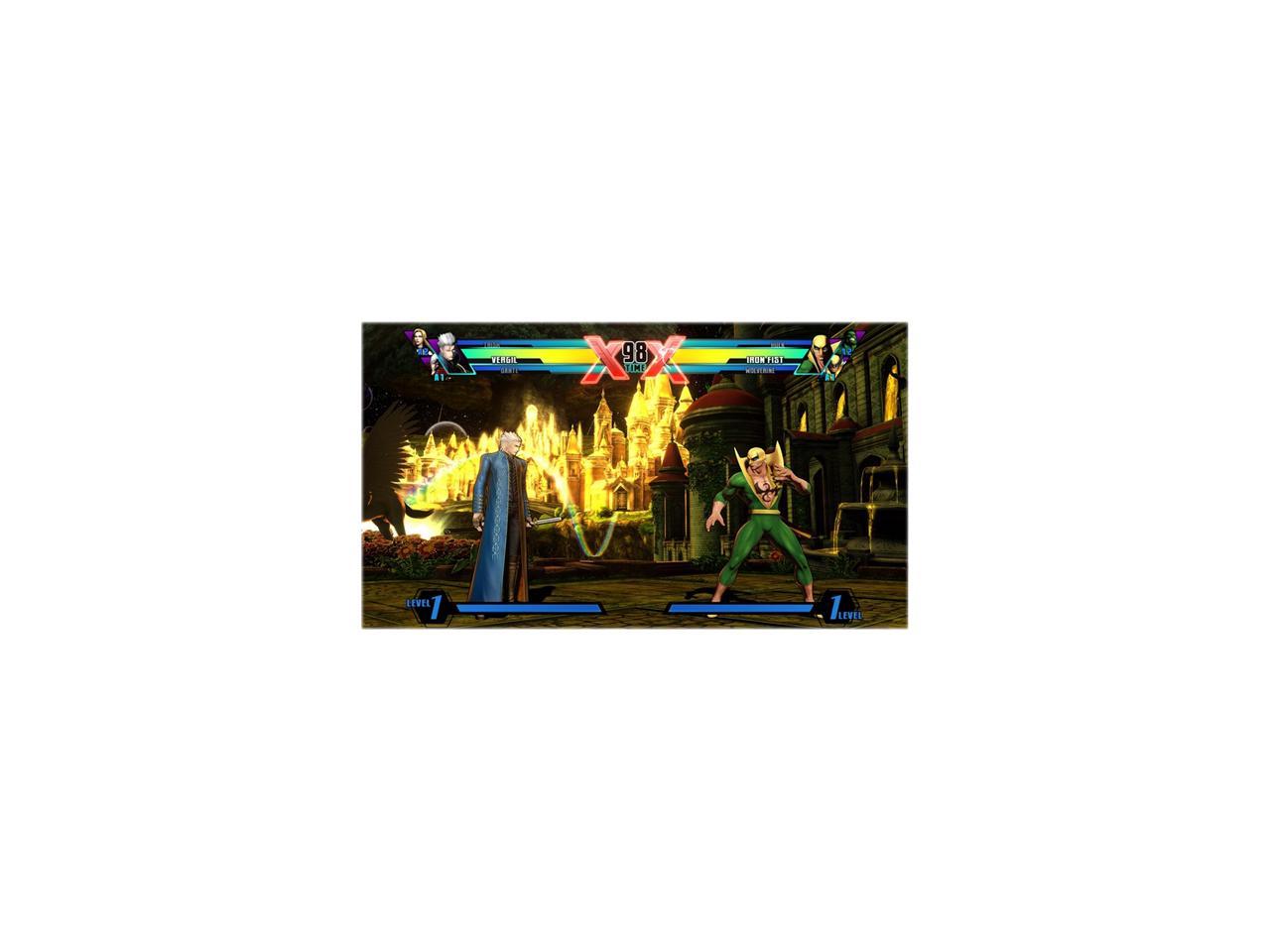 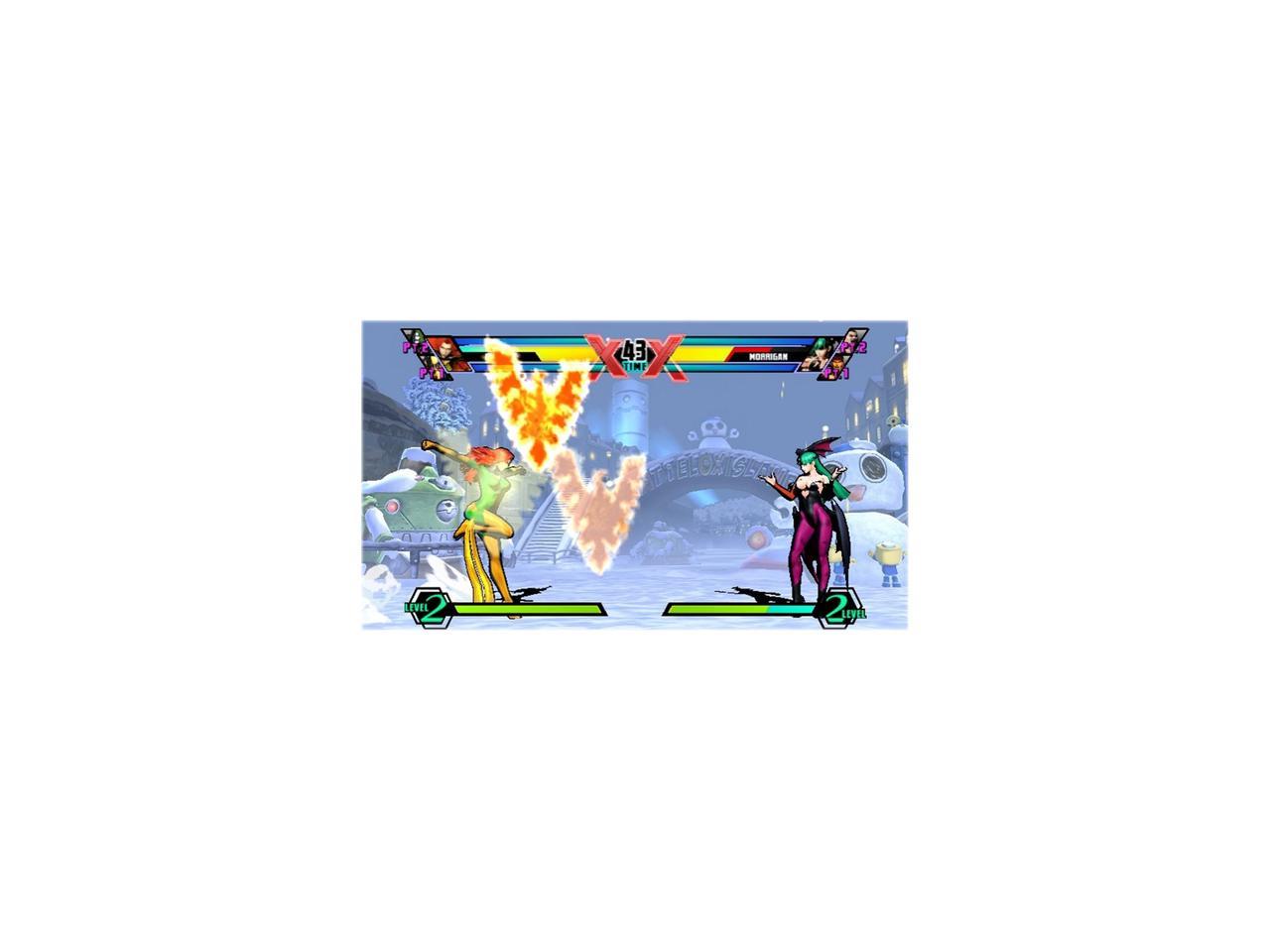 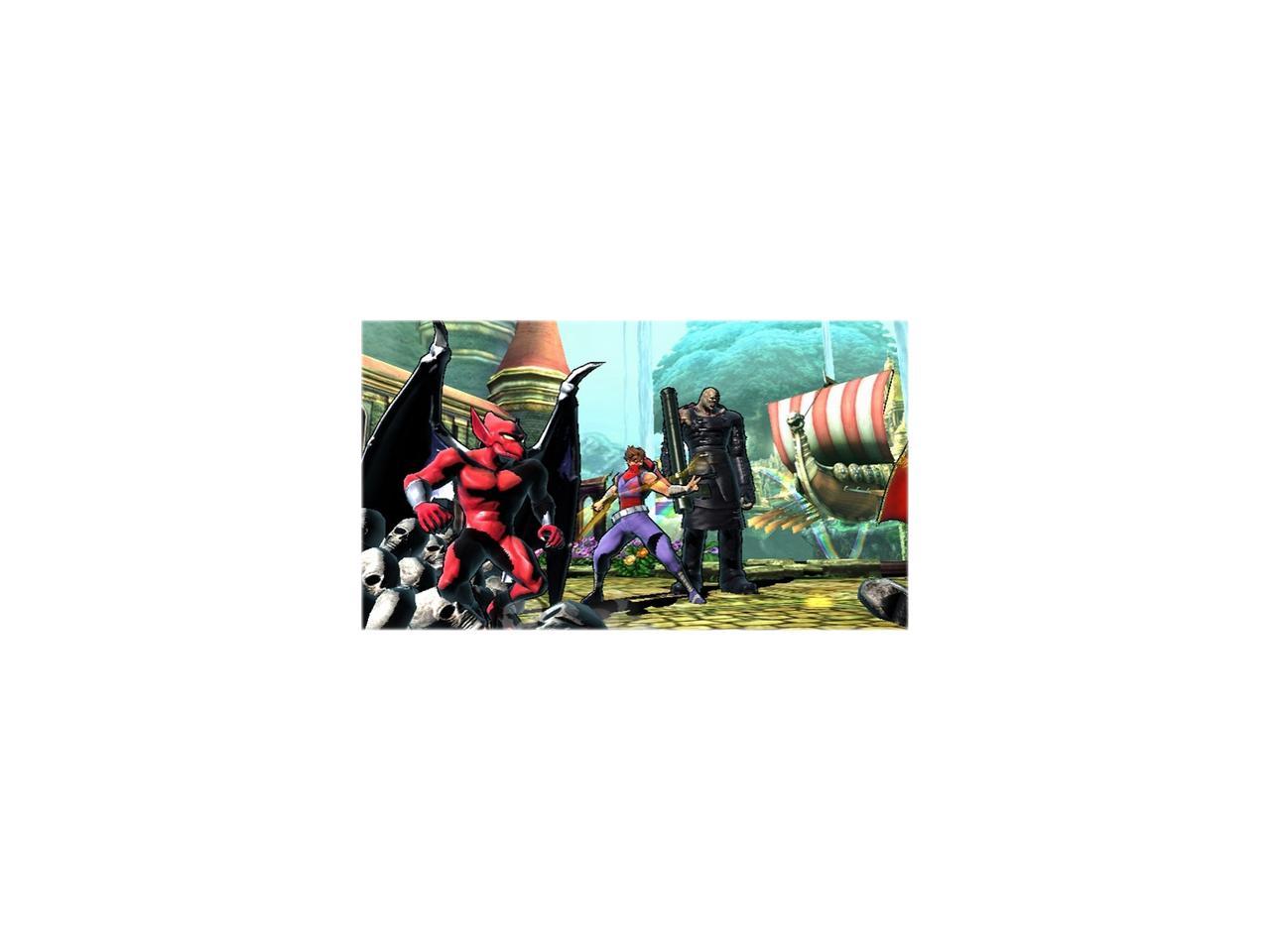 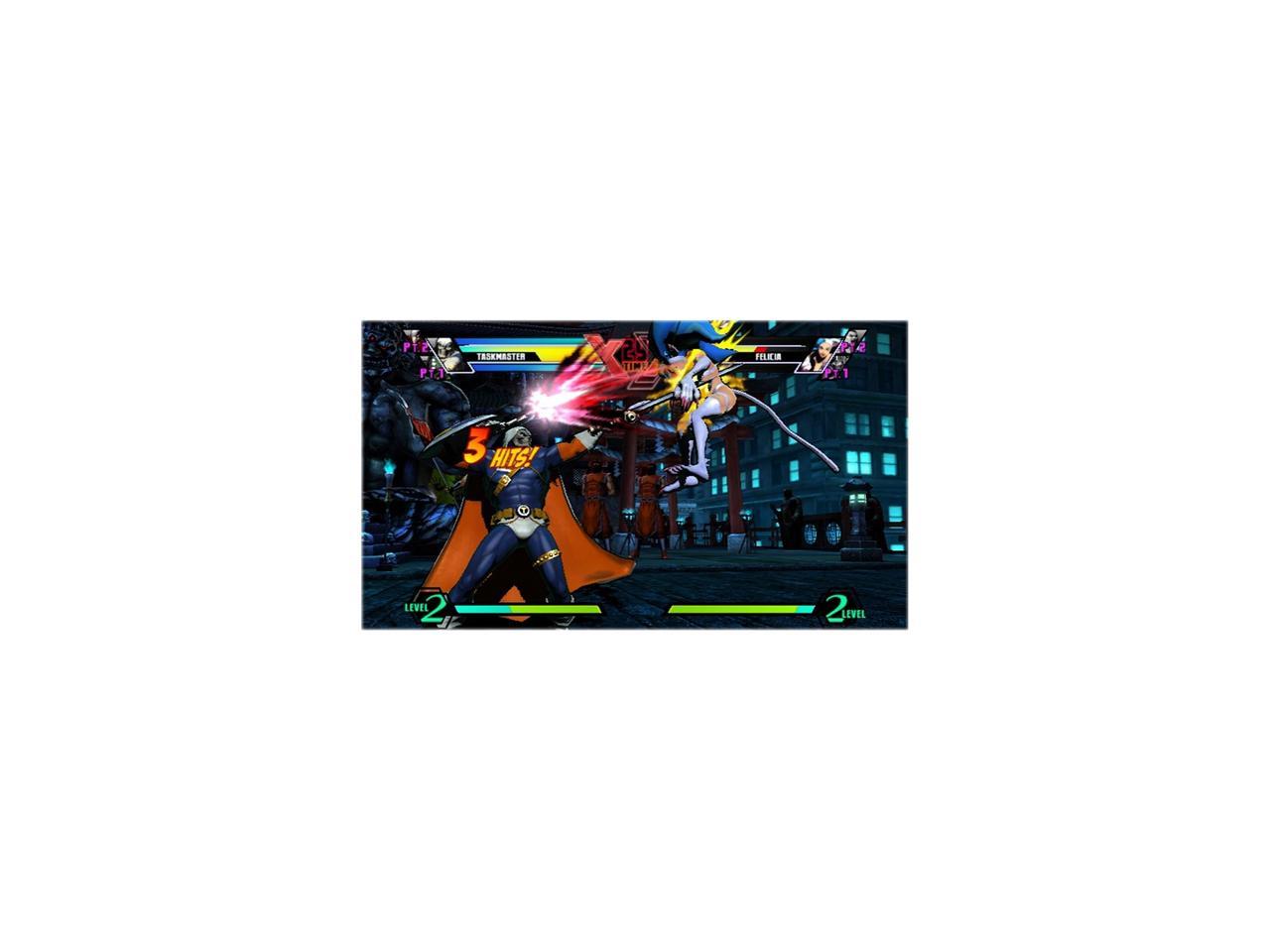 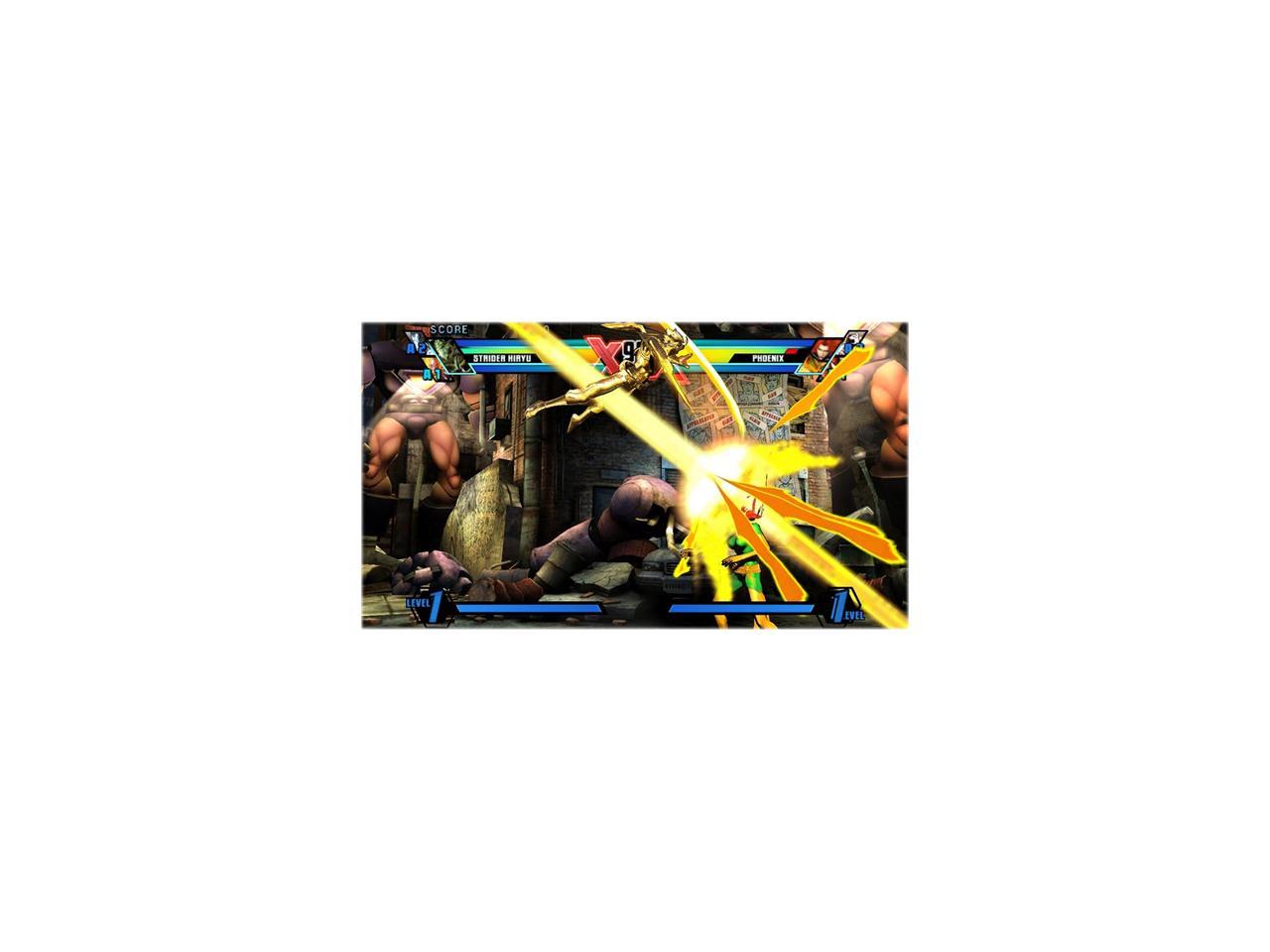 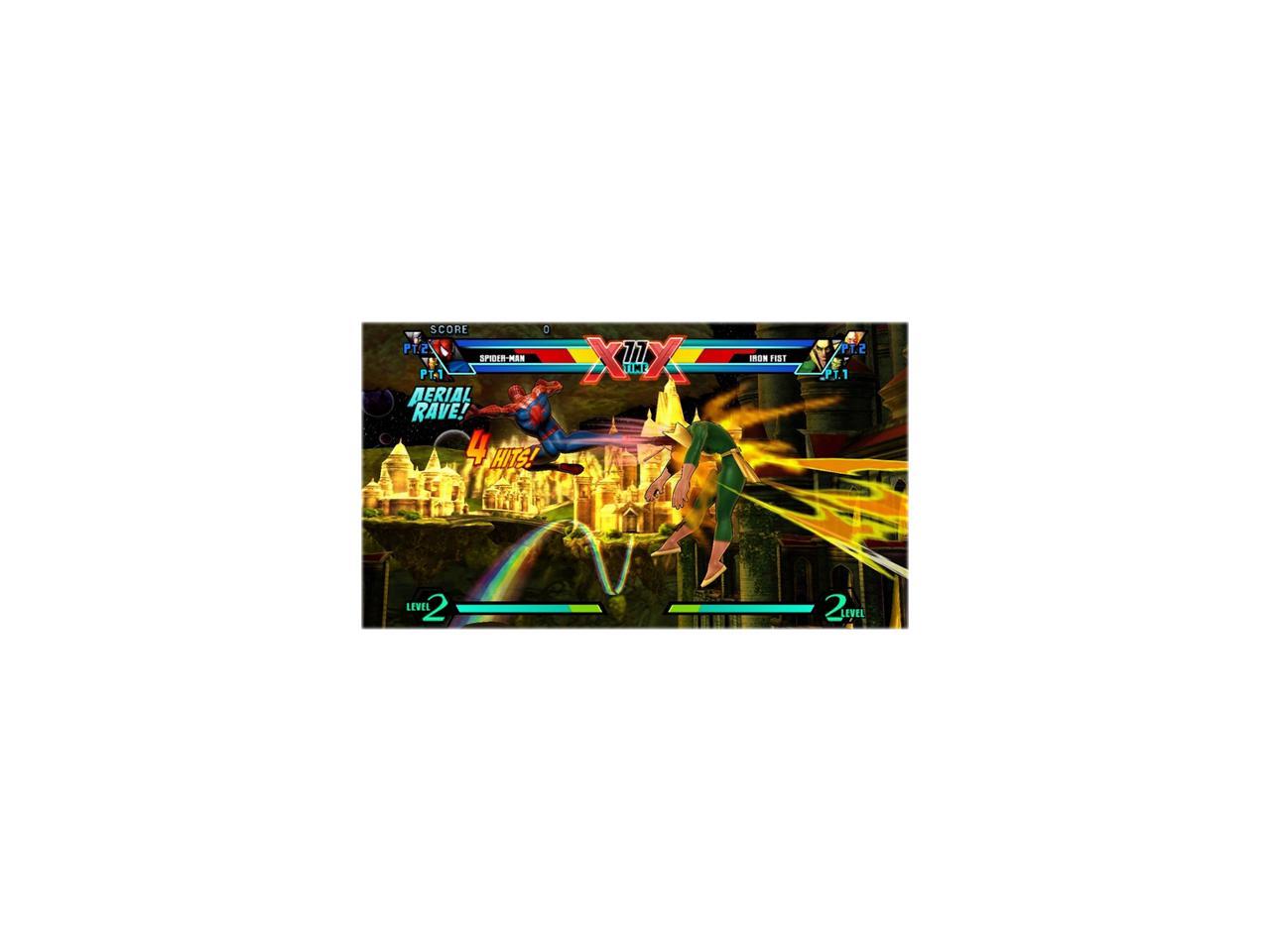 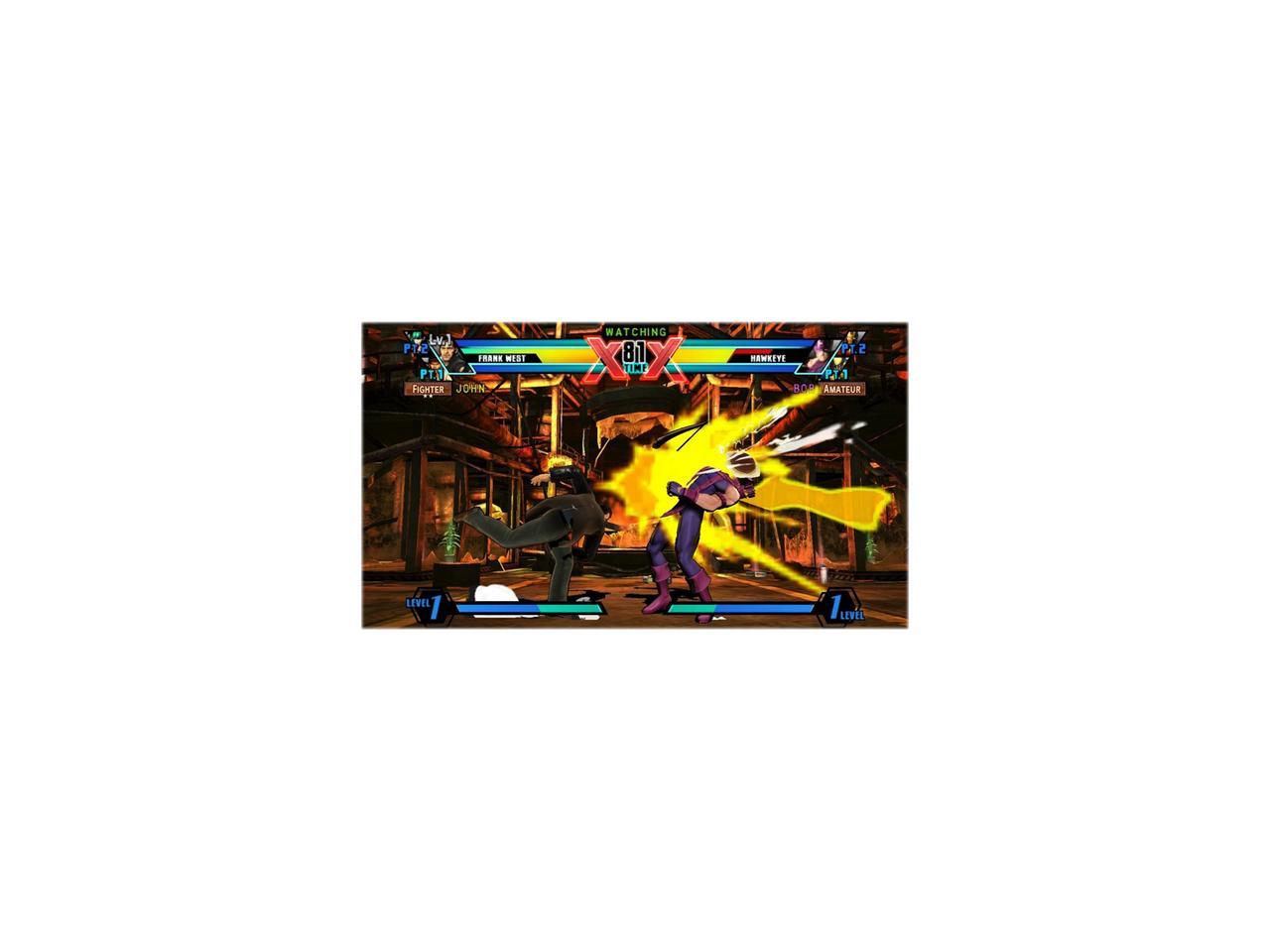 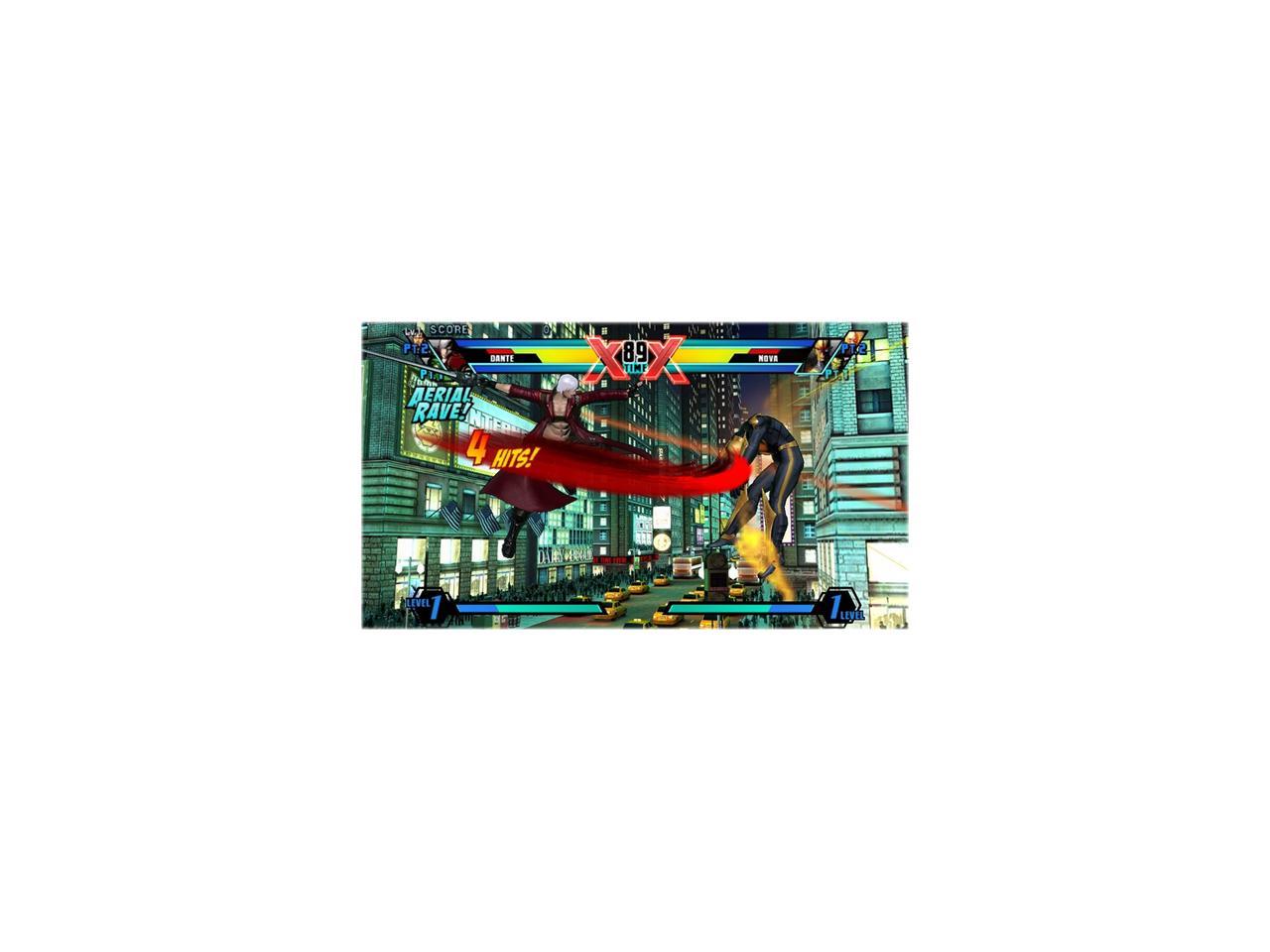 (2) Write a Review
See more "ps vita"
In stock. Limit 1 per customer.
Ships from United States.
Most customers receive within 6-8 days.
Overview
Specs
Reviews
The epic rematch is here! Ultimate Marvel vs. Capcom 3 will take the battle to all-new heights. With new iconic characters from the Marvel and Capcom universes, 48 characters included, a refined fighting system, eight new stages and new modes, Ultimate Marvel vs. Capcom 3 continues the Capcom fighting game legacy when it releases at launch of the Playstation Vita.

Learn more about the Ultimate Marvel Vs Capcom

Pros: this game is awesome. i own it on both the 360 and vita. the vita's graphics are almost identical to the consoles. the best part is multiplayer.

Cons: the DLC as mentioned before and slower loading times than the 360, but eh, who cares? im not going to knock off an egg just cause i have to wait 2 extra seconds for it to load. besides i cant take the 360 on-the-go.

Overall Review: must have game if u like fighting game. this game never gets old. i find myself playing it all the time.

Pros: + Awesome fighter series. + So many playable characters to choose from, with the familiar moves from many characters present in earlier installments of MVC. + Low learning curve for MVC veterans. (I have not played the PS3 version of this title, I'm coming from MVC2!) + Online multiplayer!! + Built in voice chat with Vita's "Party" app. + Arcade, Mission, training modes for those of us who want to master single-player before meeting up with challengers online. + Lots of DLC, it seems...

Cons: - Certain characters cost extra (Jill? Seriously?! But she's a STAR!) as DLC (the other at the time of this review is Shuma-Gorath). - It's way too expensive to add ALL the DLC if you happen to want all those alternate costumes. Even if you get the costume "value pack" & two extra characters that raises this game's cost to almost ~$70 before any taxes if applicable. - *Ownership of a PS3 is required for alternate controller hookup*, and I get serious cramps really quickly when just using the Vita, if I'm in multiplayer.

Overall Review: DLC store says it unlocks the content for the PS3 version of the game also; but I don't have, nor intend to get, a PS3. So, why must they make me pay so much for things that should be unlockable via gameplay?! I think it's unforgivable for Sony to charge portable gamers the same high price for DLC as home console gamers. I feel like they're being opportunistic to their paying customers after having lost so much to piracy on the PSP. I don't know if it's Capcom or Sony setting that price actually, but I feel it's ripping off otherwise grateful customers. All of my friends who bought Vitas by now got this particular game; couple of them didn't even get anything else yet, but NONE of us are okay with the DLC prices. It's ONLY the DLC shenanigans that keep me from rating this a 5-egg game. For what it's worth, it's definitely better than any 3DS fighting game I've seen.