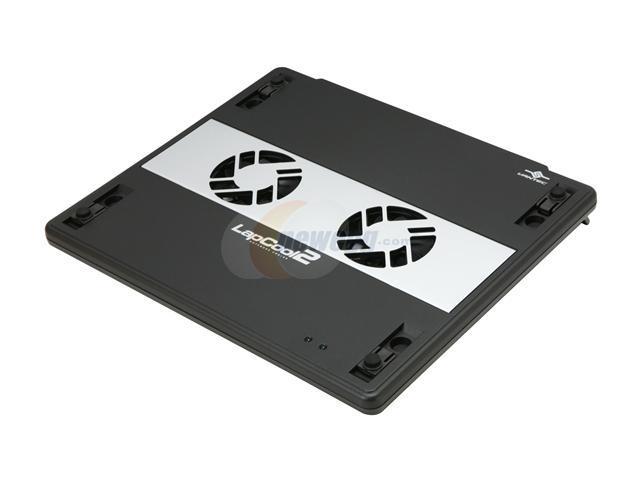 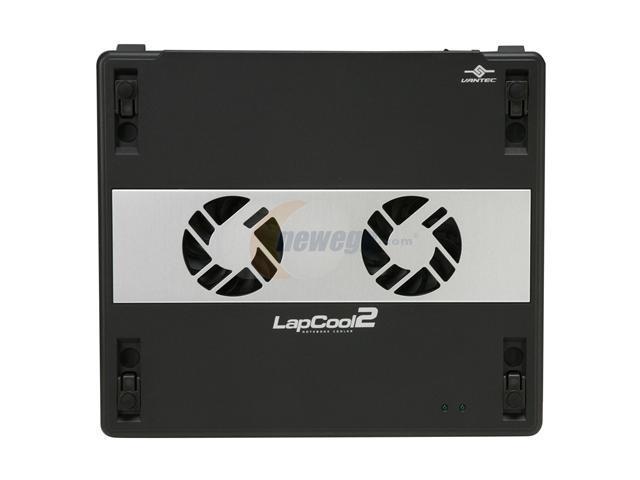 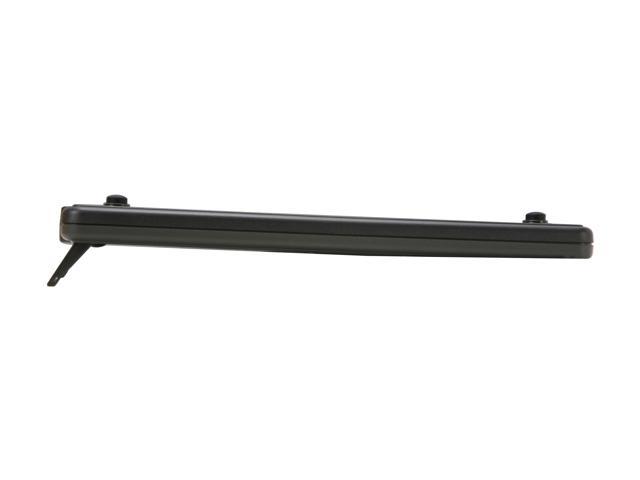 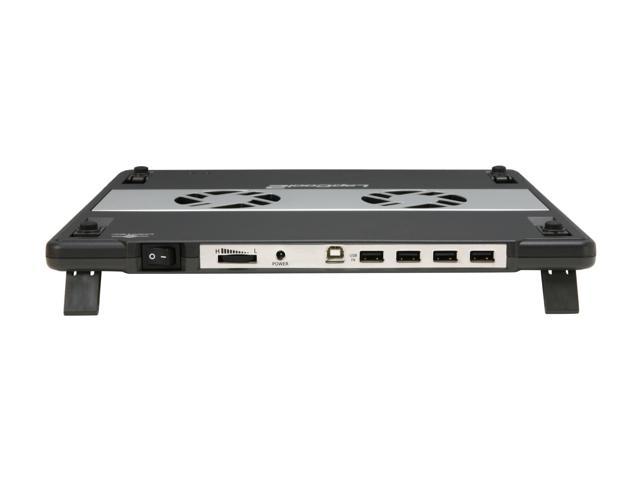 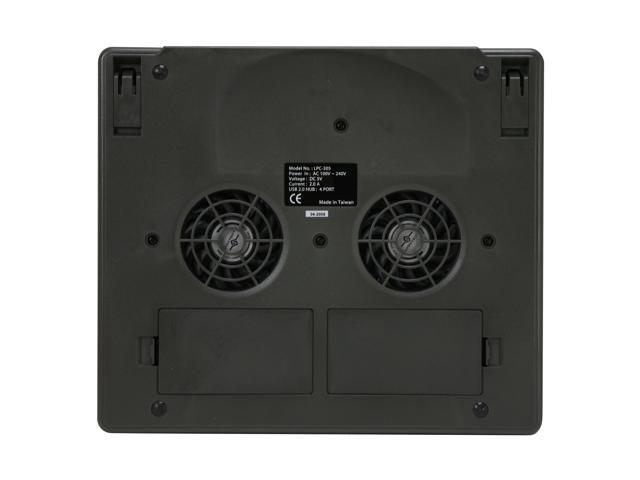 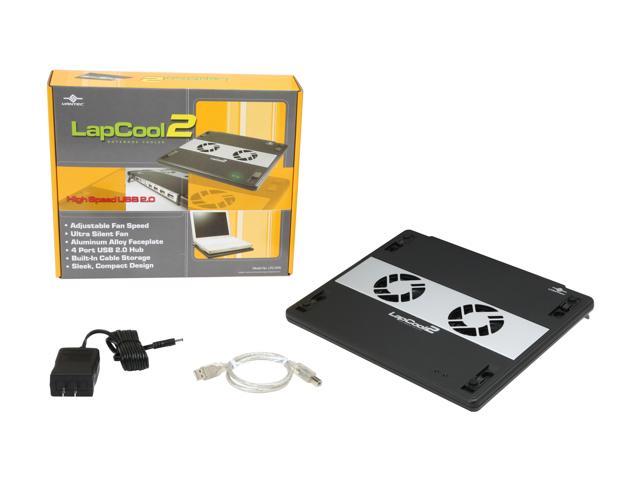 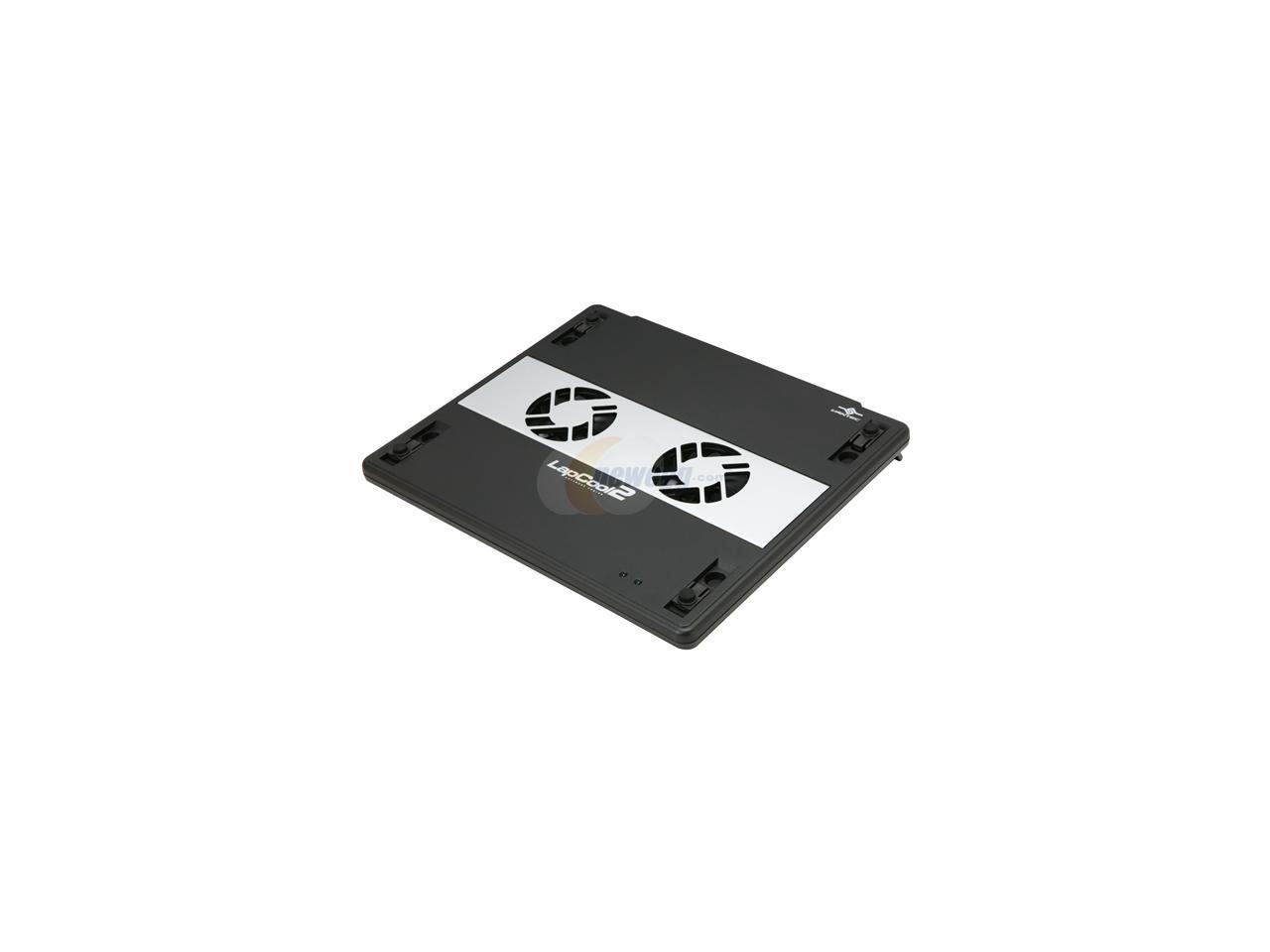 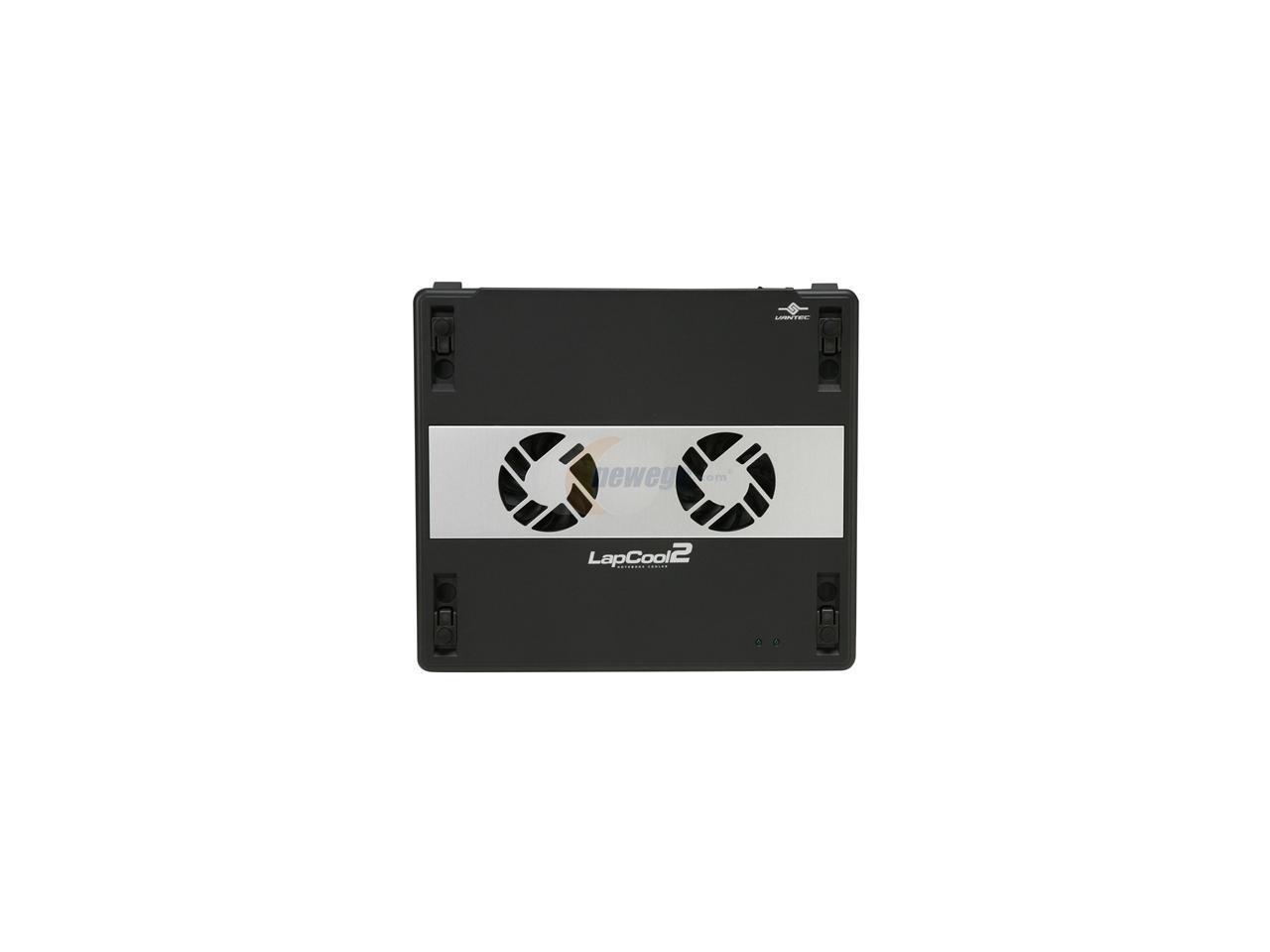 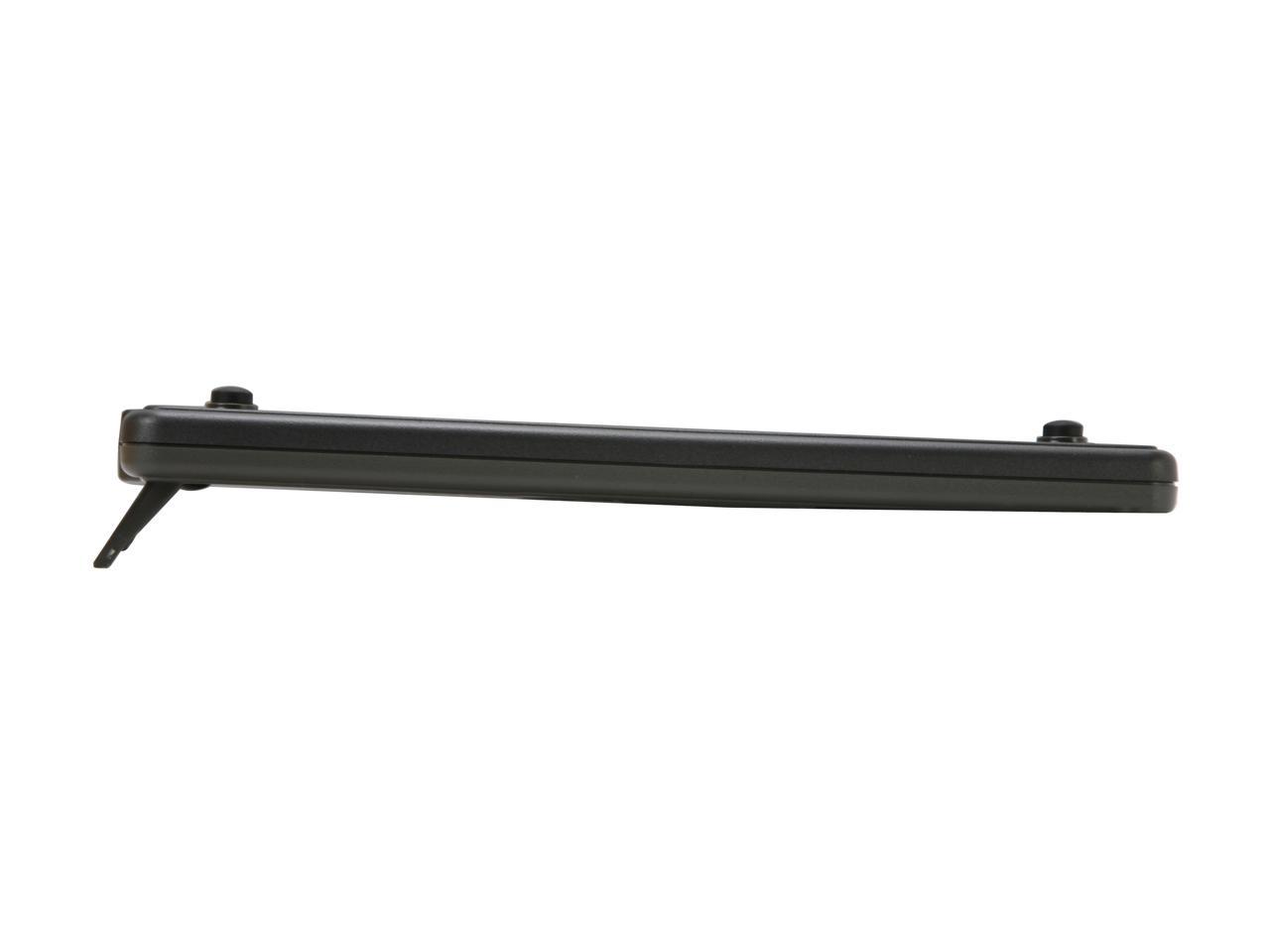 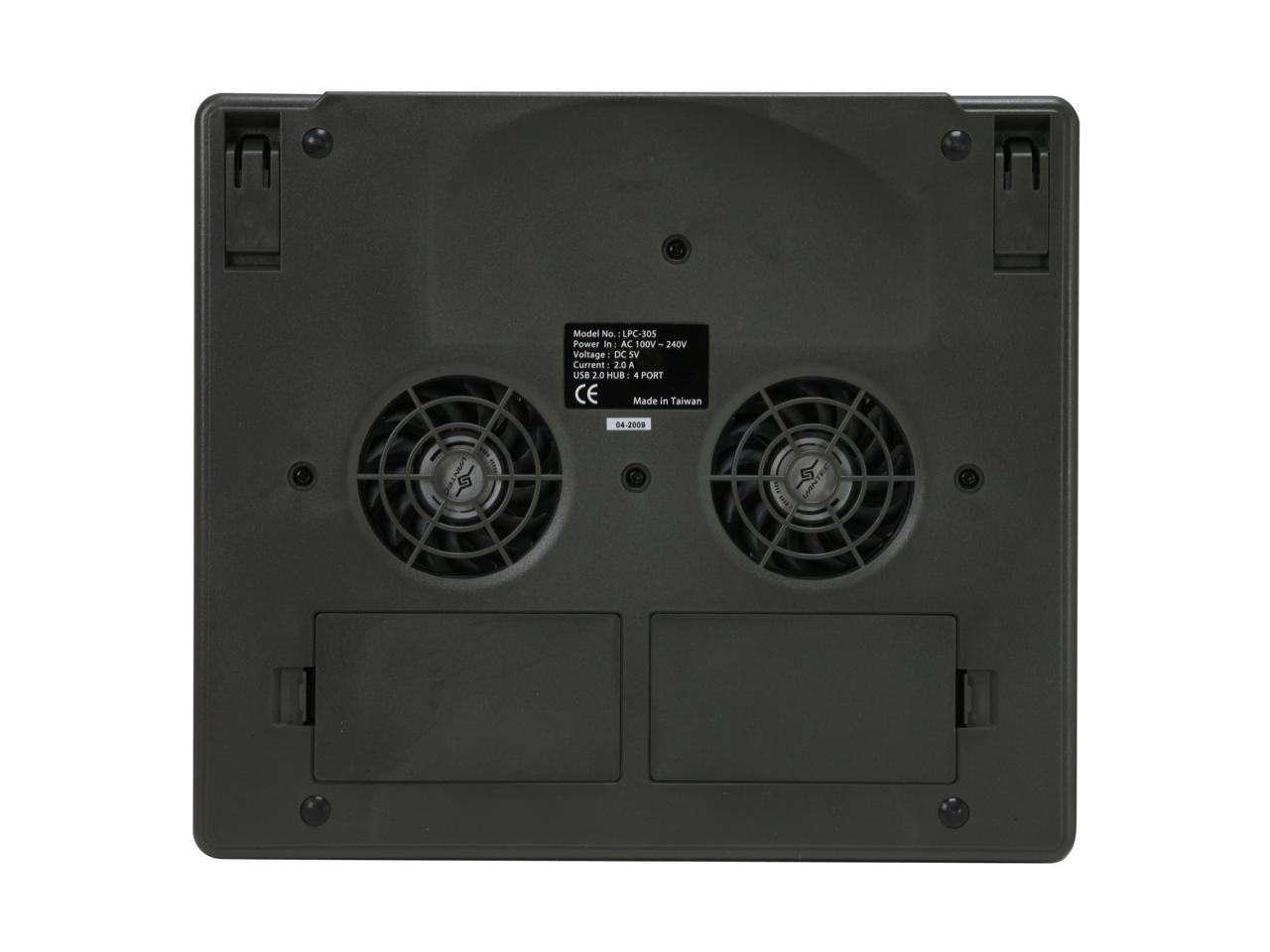 (179) Write a Review
OUT OF STOCK.
Specs
Reviews

Learn more about the Vantec LPC-305

Cons: Bought two of these, and on one the fan blades broke off.

Overall Review: After checking everywhere online for a replacement fan i emailed vantec about the broken fan, they emailed me back and said to give them my address and they'd ship me replacements ABSOLUTELY FREE!!! Ive never had anyone do this, and not only that it came within a few days, that really impressed me. This will definitely help your laptop last longer and prevent premature heat caused failure of your system.

Pros: Had this one for over two years and is cooling a 14" Laptop without any problems. Ordered another one for my 16" Laptop, and it is doing a great job! The size of this cooler alows you to carry it in a small travel pack. I love the selfpowered USB Hub. It comes in handy with all the USB gadgets that I have. This cooler folds very easily.

Pros: Used it for a total of 10 months while deployed in afghanistan and it still works great!

Cons: The storage compartments are a joke.

Overall Review: Pretty pleased with it. Had it for quite some time now with no problems.

Pros: The fans work well...adjustable speed is great, and you can tilt the laptop so that it is more comfortable. My laptop sits on it very comfortably.

Cons: The USB hub will randomly stop working every so often and won't work again until I restart the computer. Maybe it's Vista, but still...

Overall Review: I recommend the version of this product without the USB hub...much cheaper. Get a different pad if you are looking for the hub too.

Pros: I needed an active laptop cooler for my PC audio setup (see Other Thoughts), and this was perfect since it blows air upwards like I needed, gave me a 4-port USB 2.0 hub (which I also needed. All 4 ports work btw), and included an AC Adapter as well so I don't have to depend on USB power for everything. From the sound of other reviews saying its cheaply made, I'm thinking they must've upped the build quality recently. It's well put together, all ports/dials/switches are fairly snug and don't feel loose. It's made of fairly sturdy plastic, about the same thickness as the cases on most laptops, so it's pretty firm/sturdy but will flex if you put some muscle into it and will probably crack/break if dropped. You get 2-3mm clearance now between the fan blades and their guards so blades should be safe from breaking off unless you abuse it. The little round AC plug wiggles a little but still sits in its socket securely. It still moves an okay amount of air for my needs even at min spe

Cons: There's a low but noticeable fan noise "whine" when running at higher speeds (say, at more than 40% max). Even at min it hums a little, but it's completely inaudible from >3-4 feet away or if I'm wearing my headphones (Beyerdynamic DT990's). Other than that so far it's great. But I've only had it about a month though so I can't comment on its durability.

Overall Review: I bought this for something slightly different than its intended use. I'm using it to cool my headphone amp (Meier Audio Corda Opera) hooked up to my PC, and for this purpose it fits the bill quite nicely The cooling fans line up w/ my amp's bottom air vents too, and my amp's buffers/MOSFETs run about maybe 7-9F cooler than before which is what I was expecting/hoping for. The fact that it gave me a USB2.0 hub as well was an added bonus.

Pros: dual fans which are relatively quiet and have the ability to run off USB power alone (doing this disables the usb hub though); also the hub is just what I needed.

Cons: air intake is from the bottom, so don't try to use this cooler on a soft surface such as your lap

Overall Review: keeps the bottom of my macbook pro cooler than before. This definitely helps reduce the interior temperature, but the top of the laptop still gets hot (although slightly less). worth a try/buy though, thats for sure.

Pros: I have had many vantec products and mostly they have lived up to their functionality as described. This one does work fine at cooling my laptop as long as it is sitting on a hard surface which is not the reason I bought it. I had a lap cool pro made by them also which works great except the jack where the power supply plugs in broke. You could actually sit it in your lap since the air came through the front not the bottom. Now I have my lap cool 2 sitting on top of my lap cool pro so I can sit it in my lap.

Cons: You can't sit it in your lap because your legs block the fans therefore don't buy it if that's what you plan to do. Otherwise it is ok.

Overall Review: It is really too small for a 17 inch laptop.

Pros: I've had this cooler for over 4 years and it has just now broken. It cooled my laptop very well and didn't weigh very much. I liked the fold out bumpers on top and the many USB ports were nice, but I didn't have much use for all of them.

Cons: This cooler has been out for a long time and I'm sure there are even better ones out there for the price. $39.99 seems a little high. The body is also very light weight and plastic.

Overall Review: I've used it and abused it. I would highly recommend to others.