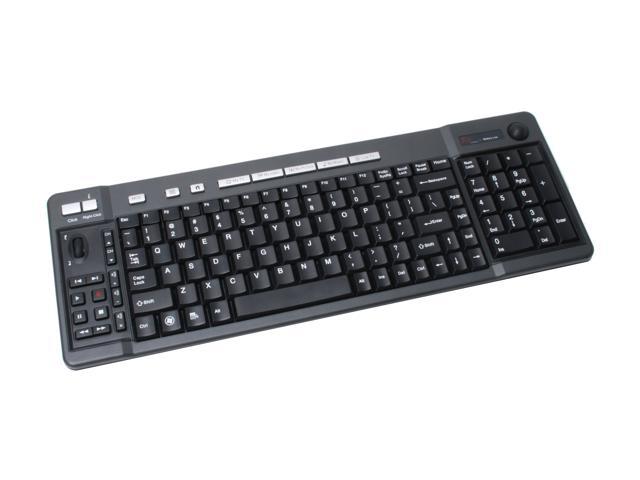 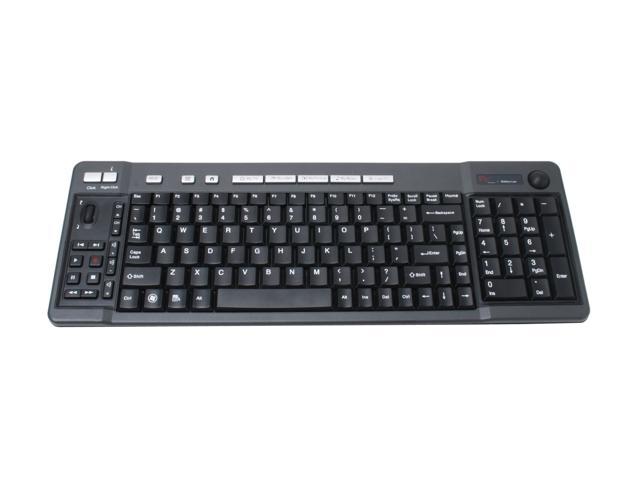 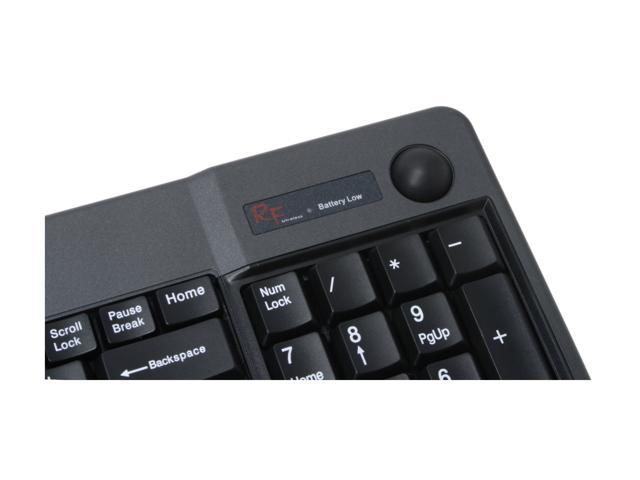 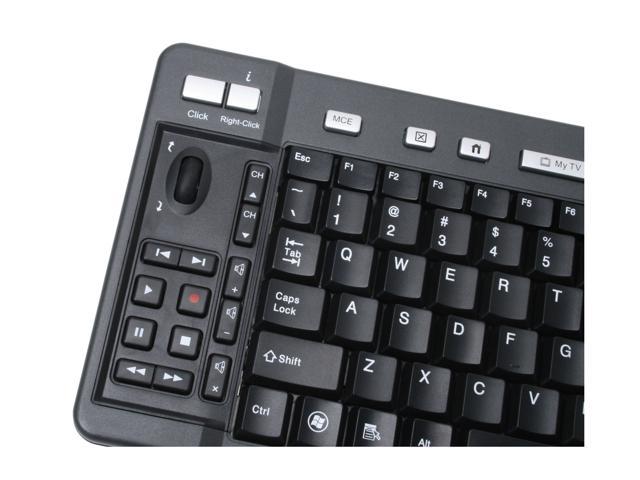 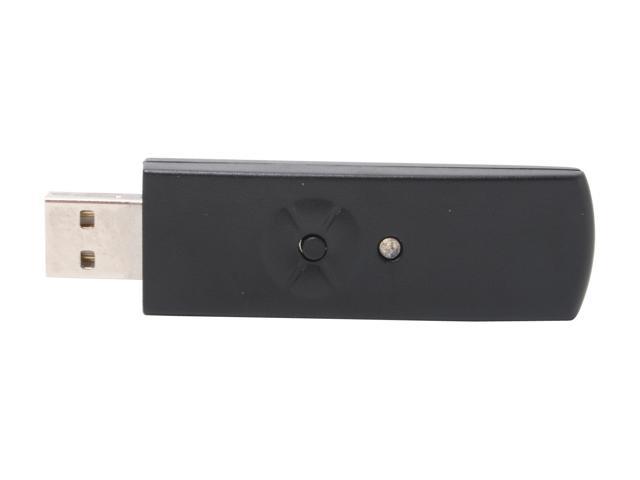 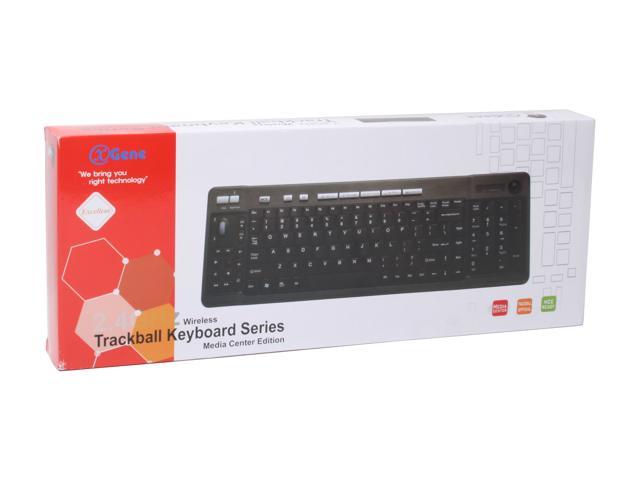 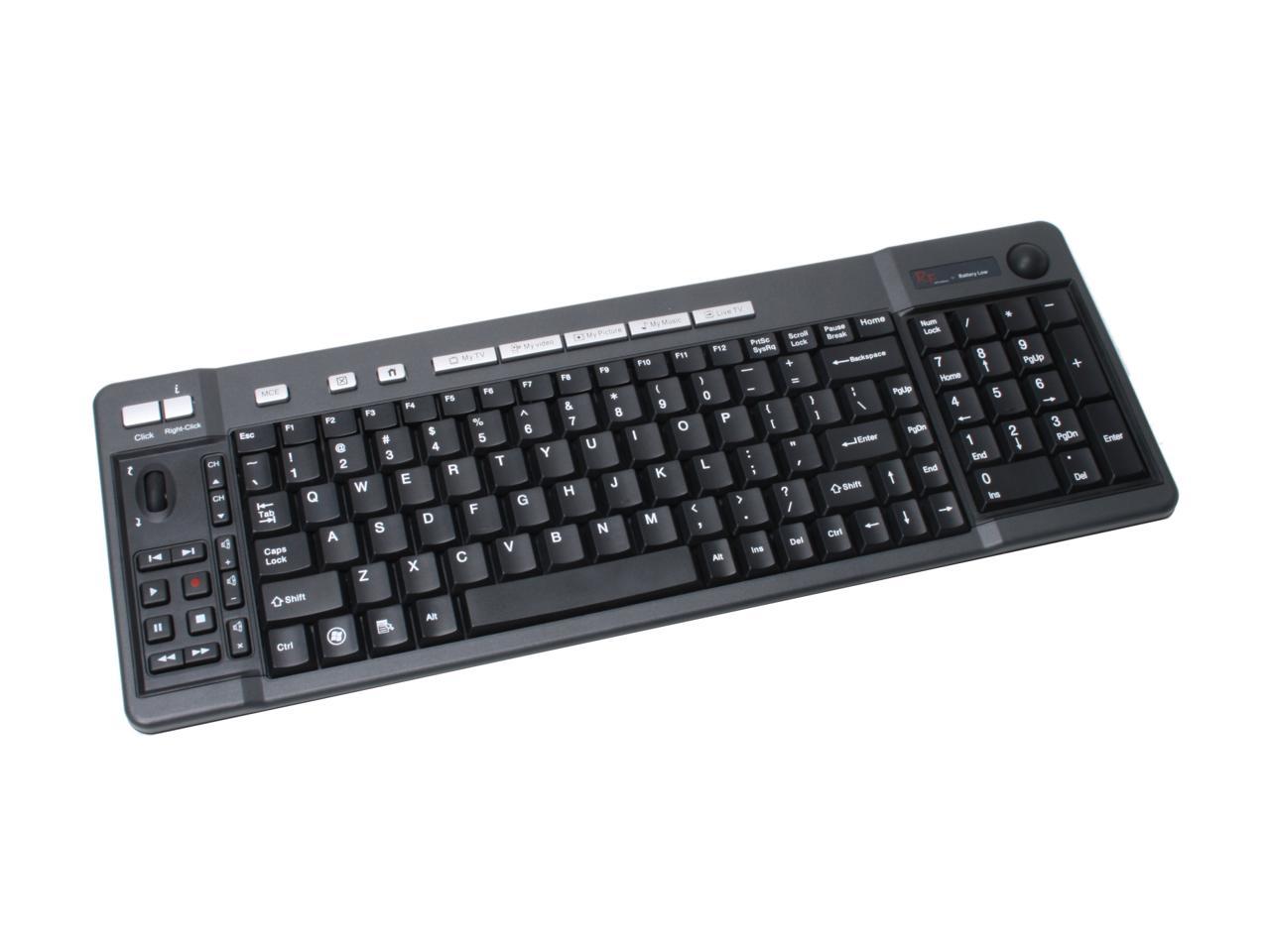 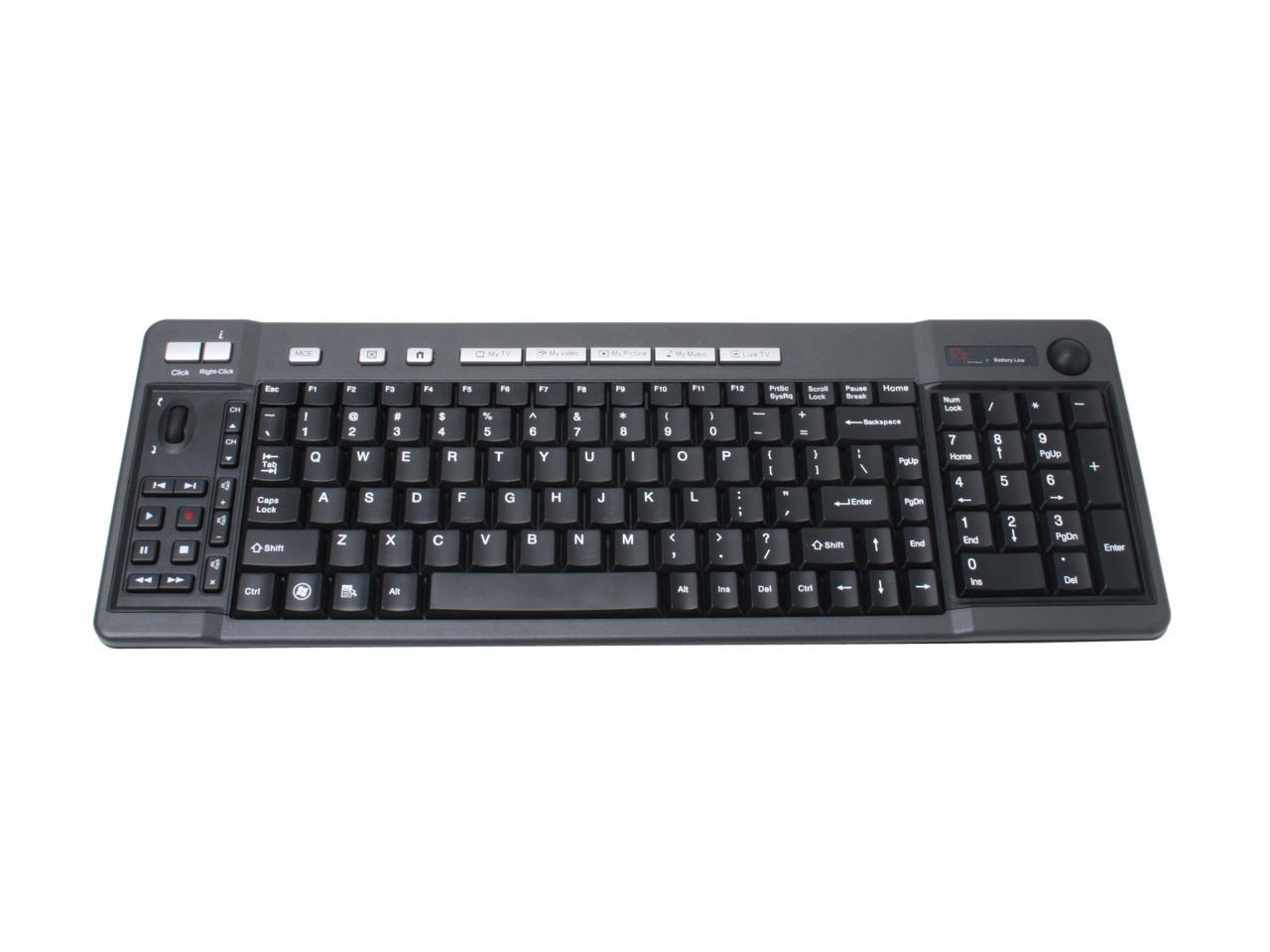 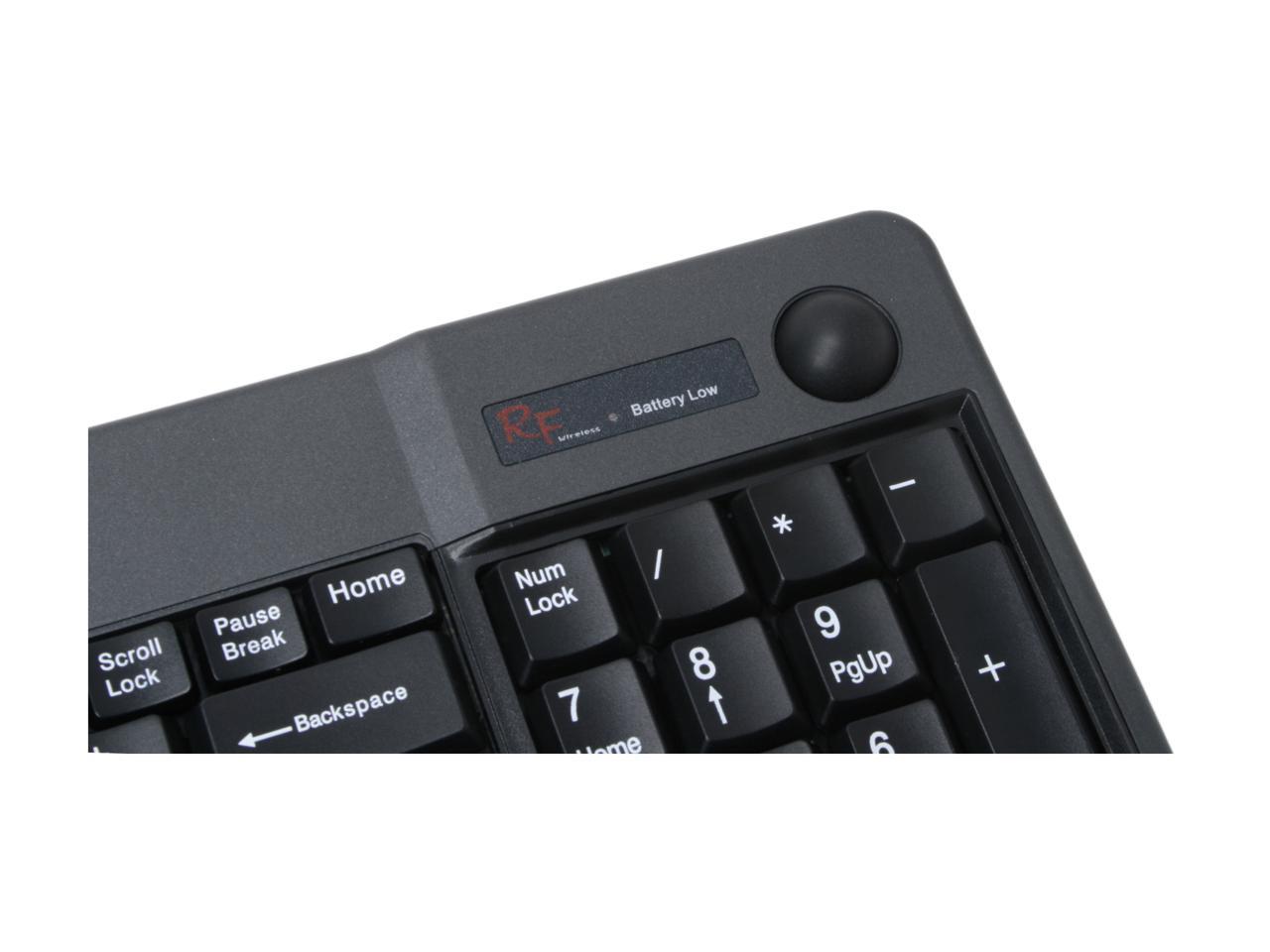 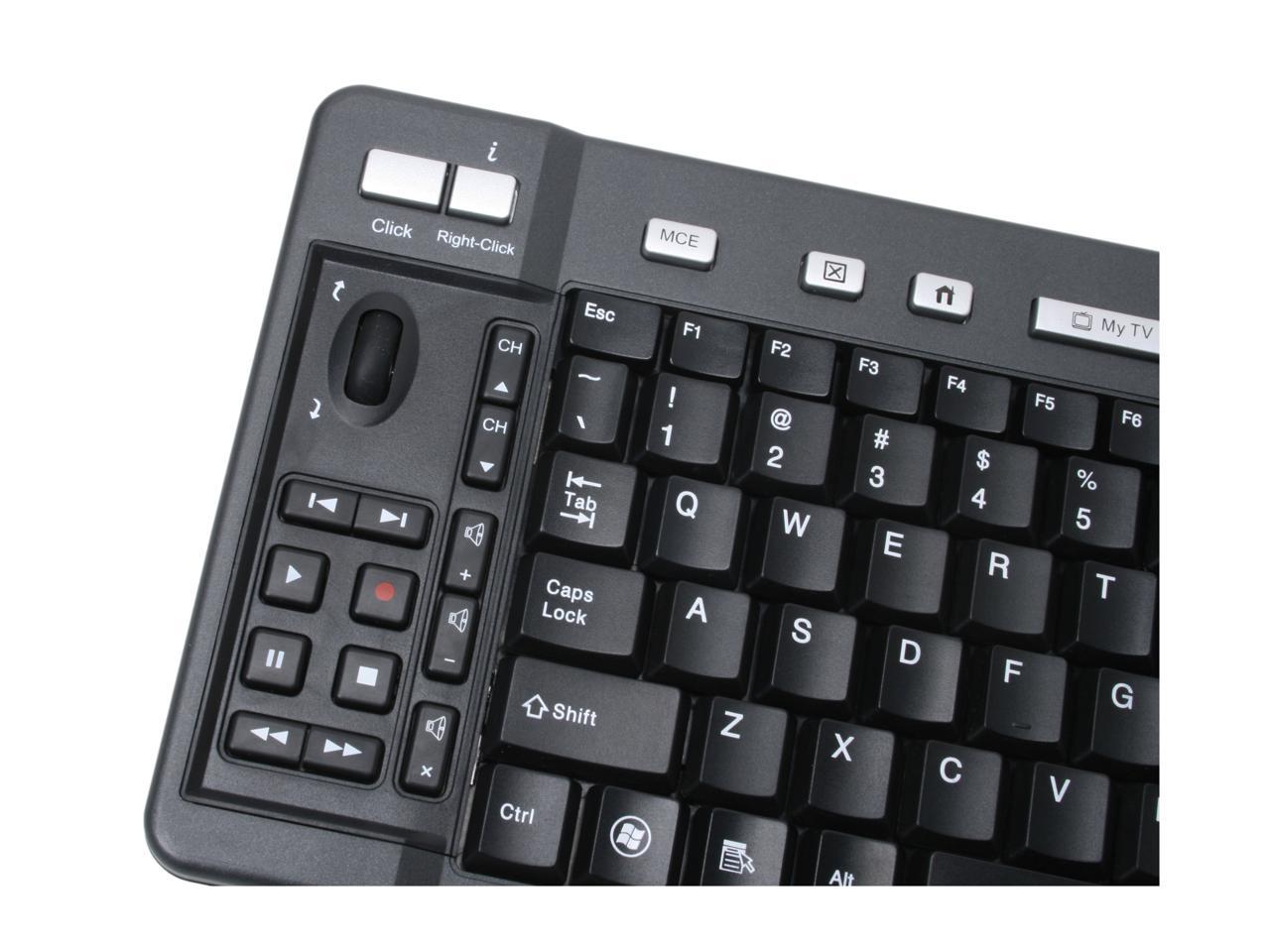 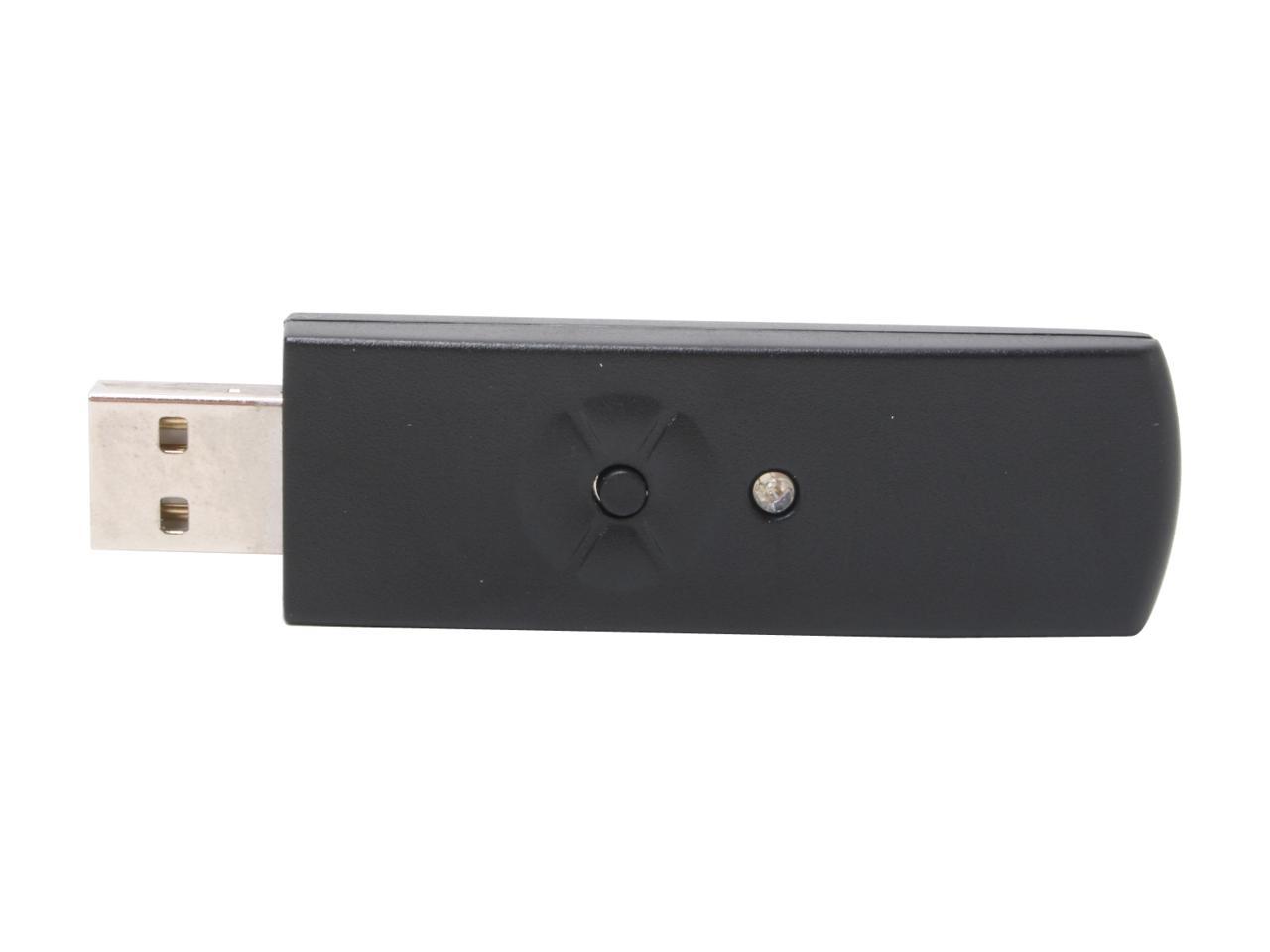 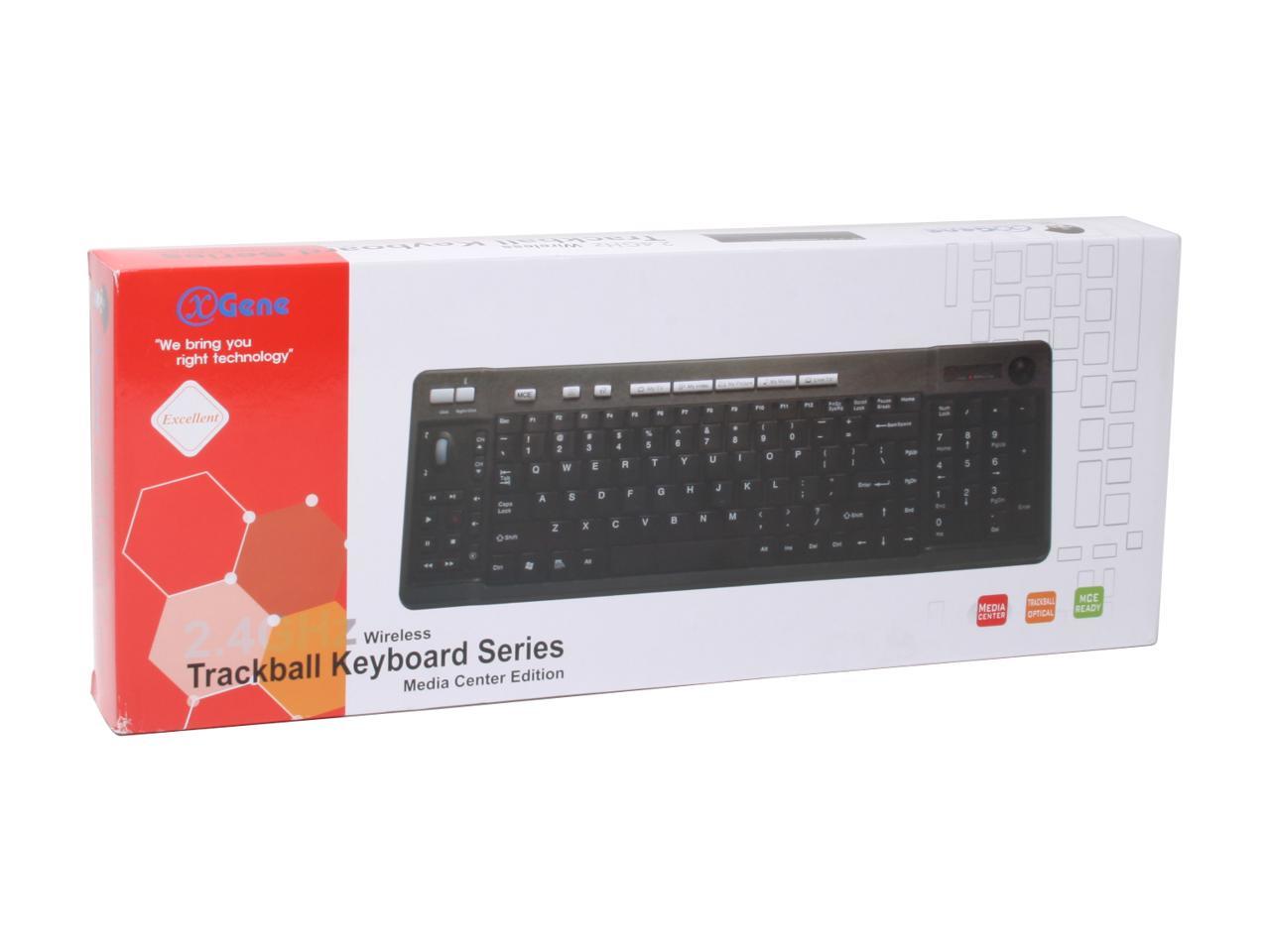 Learn more about the Spec-Research 01030

Pros: It's RF, it's wireless. The media buttons are very convenient. This keyboard is perfect for Media Center. It has an MCE button to quickly open Media Center. It also has a close button which closes any program you have open.

Overall Review: If you're using the Media Center remote control, this keyboard is perfect as a secondary controller, especially if you're looking to access the media center from 2 different locations. Microsoft's media center wireless keyboard uses the exact same receiver as the remote so you can't use both devices in 2 different locations because that would require 2 receivers plugged into the same pc, using the same driver. The pc will only recognize one of the receivers. This keyboard remedies that issue, since it uses a different receiver and it's very similar to Microsoft's media center wireless keyboard.

Overall Review: We'll see how the manufacturer deals with it.

Pros: Has all the controls at your fingertips including pointing device (very nice trackball). It's almost perfect for an HTPC because of this. The controls have a good positive feel to them, including the trackball and scroll wheel. I found the trackball had a wonderful feel to it, stayed completely accurate (no wonder or popping across the screen suddenly). You can just recline and work away. Movie/music controls clustered on left side panel. MCE controls along top. No drivers.

Cons: No drivers, so you can't patch problems like the following: TERRIBLE in XP SP2! It would work fine for a day, then not work correctly for a week for no good reason. It wouldn't wake back up from keystrokes and I had to cold boot about half the time to get it to work. I would -never- try this with XP Pro again. Price - $80 plus shipping?! When I bought it here this Spring it was $49.99 shipped from Newegg. $80 seems wicked expensive. Pretty mild con is a personal preference, but it has sort of a strange keyboard layout like some laptops (delete down at the bottom). Similarly, it had low profile keys like a laptop which my be akward for some. Died after one water spill (more info below). I wouldn't expect this to kill it outright, but it did. I suppose I'd be more surprised if it HADN'T killed it, so not too much of a con.

Overall Review: Some people say it's flexy or flimsy, but pick up the keyboard on your desk and chances are it's the same way. You notice it more with this keyboard since it probably is on your lap instead of flat on a desk. In a fit of rage with the random XP failures I flexed it a bit and the home key went flying. That particular key hasn't worked since, but I can't blame worksmanship. That was the last time I even TRIED using it in XP. It eventually was murdered by my cat who dumped a cup of water onto it, killing about half the keys. We think he's trying to get himself murdered as his recent suicide attempts (eating various house plants, chewing on electrical cords, sticking head in plastic bags, going by the dog's food) failed to succeed. Once I realized it worked in MCE, it behaved exactly as I'd expect and hope it to. I loved this device right up until it's untimely demise. Before that was pure pain. If you have MCE, go for it and you won't be disappointed. If you have XP. No.

Cons: It either sleeps or looses connection. It would have been nice for the receiver to automatically wake up when the keyboard talks to it.

Cons: backspace key will stick from time to time and erase all script you may be typing...quite annoying! keystrokes won't register occasionally w/out hard stroking. seems to clear up after a few strokes. dropped off line just once but able to reconnect w/usb connect and keyboard connect buttons

Overall Review: looking to upgrade to vist ultimate so anxious to see how it works with media center

Overall Review: Other then not working it was a great keyboard/mouse combo.

Pros: Fabulous range, especially when using a Usb cord and set it to either side of your desktop. Light weight, Media keys, trackball and it being wireless is a great! Using it as a gaming device is ok... (got to get used to it I guess) but over all im pleased.

Cons: Appears cheap, need to break in the track ball, and need to get used to pressing any key first before typing away.

Overall Review: I had a wired Logitec keyboard adn I prefer this no name brand better.

Pros: Its a keyboard!!! When it decides works!

Cons: Range of wireless is terrible 5-6 feet max. When it times out and you decide to start typing it misses the first char. typed . It doesn't feel right to type on....the buttons are just cheap.

Overall Review: I hate this thing but oh well im stuck with it now.