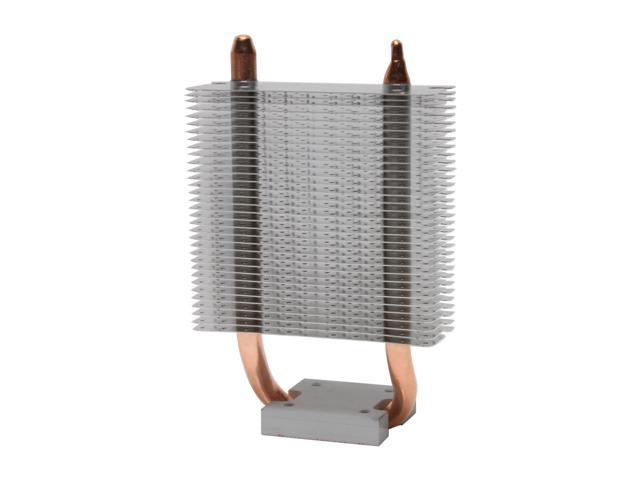 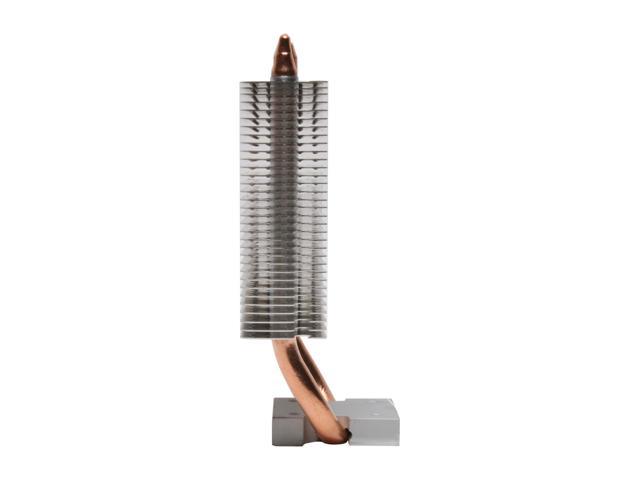 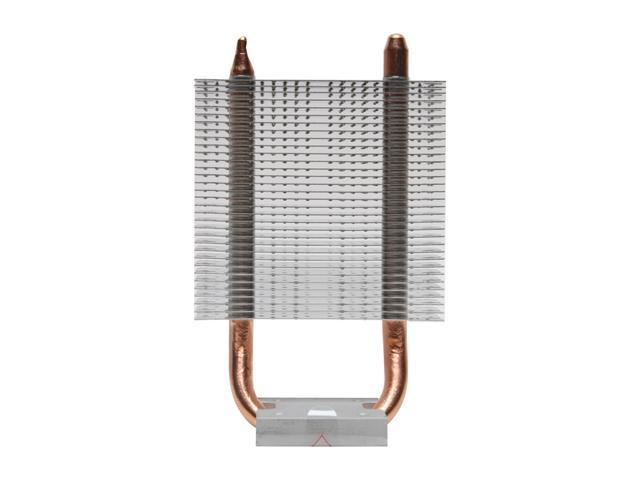 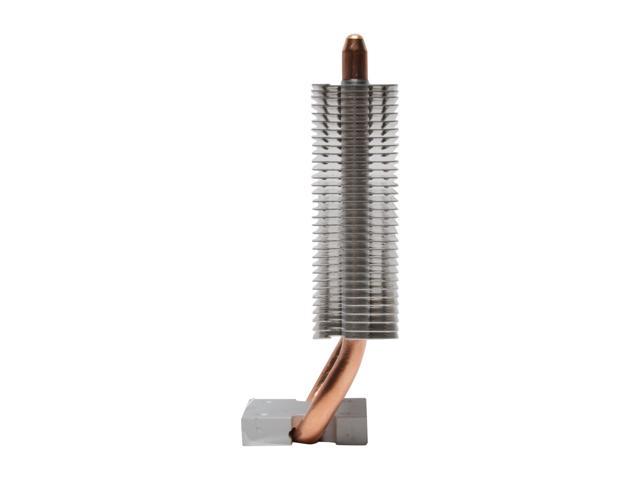 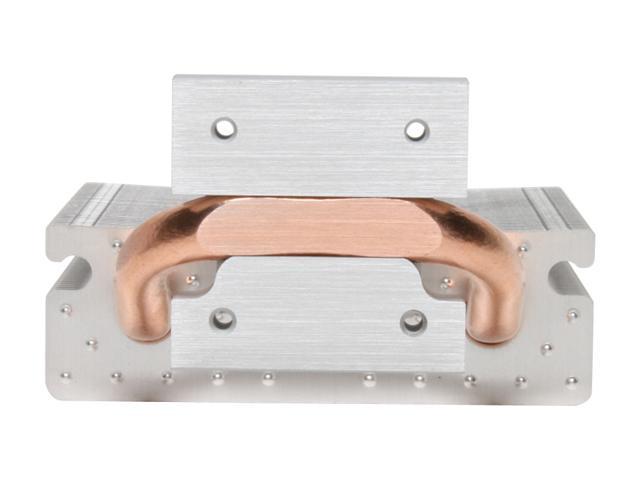 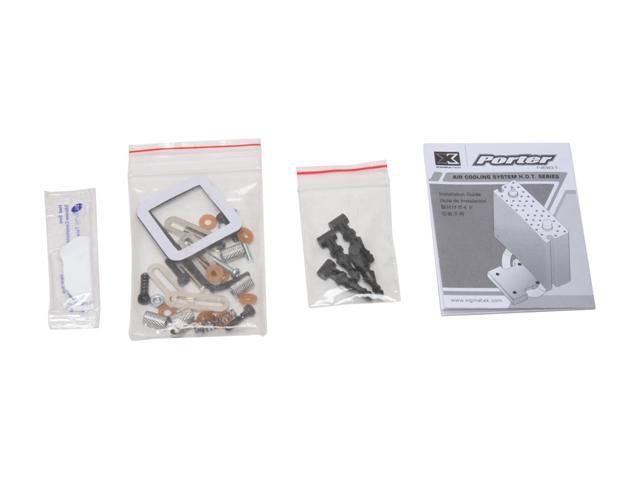 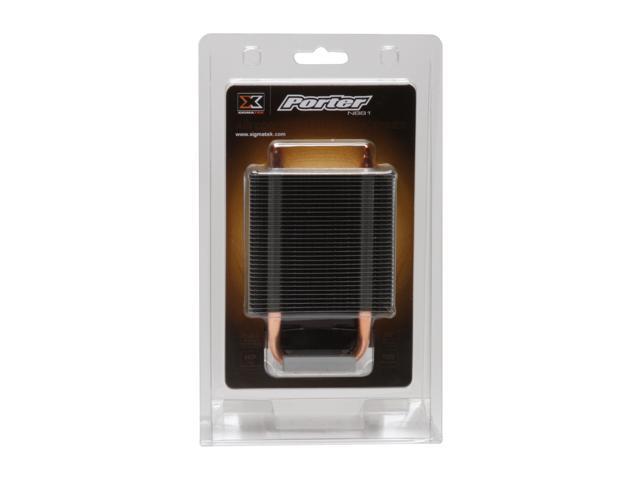 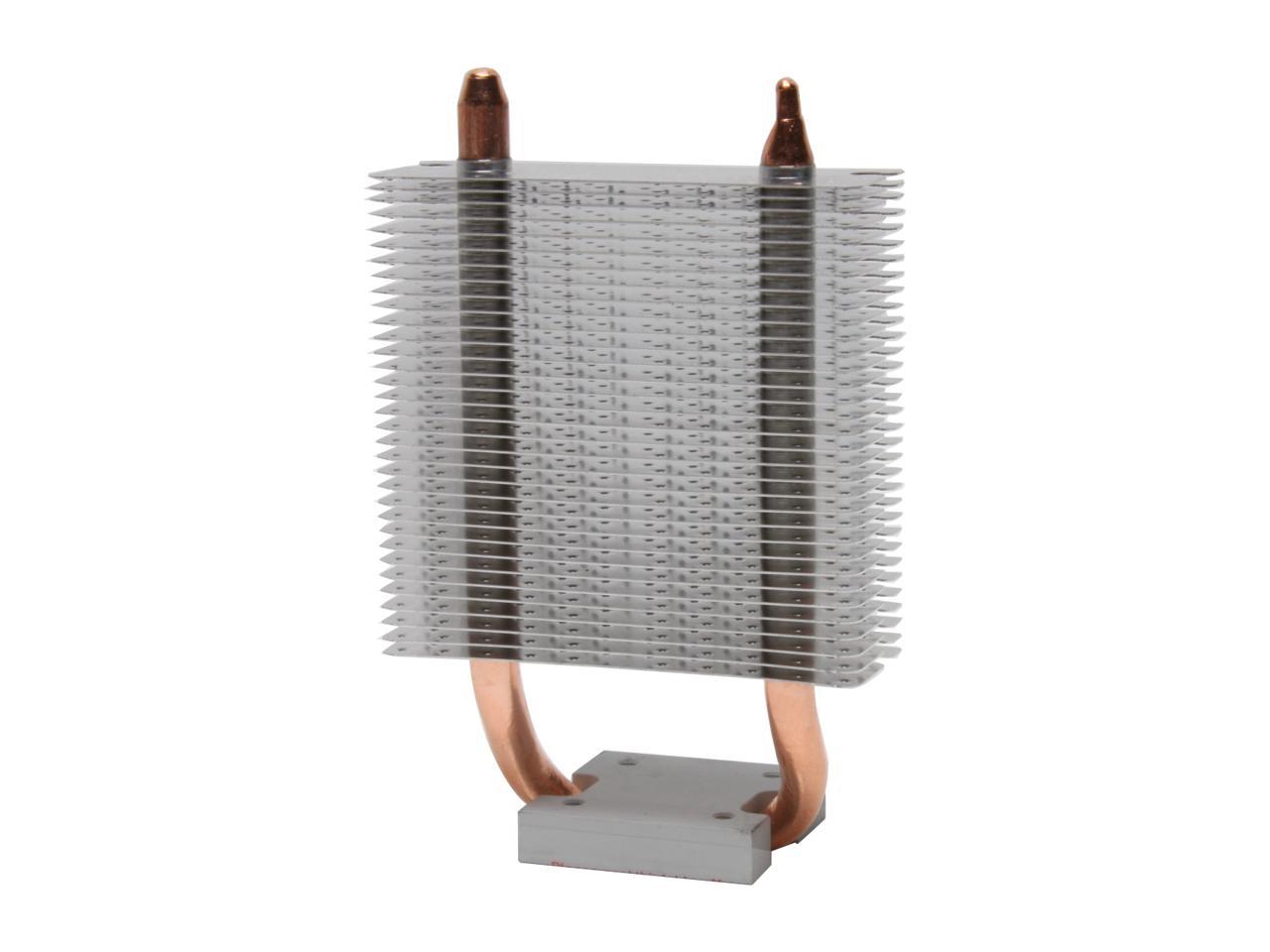 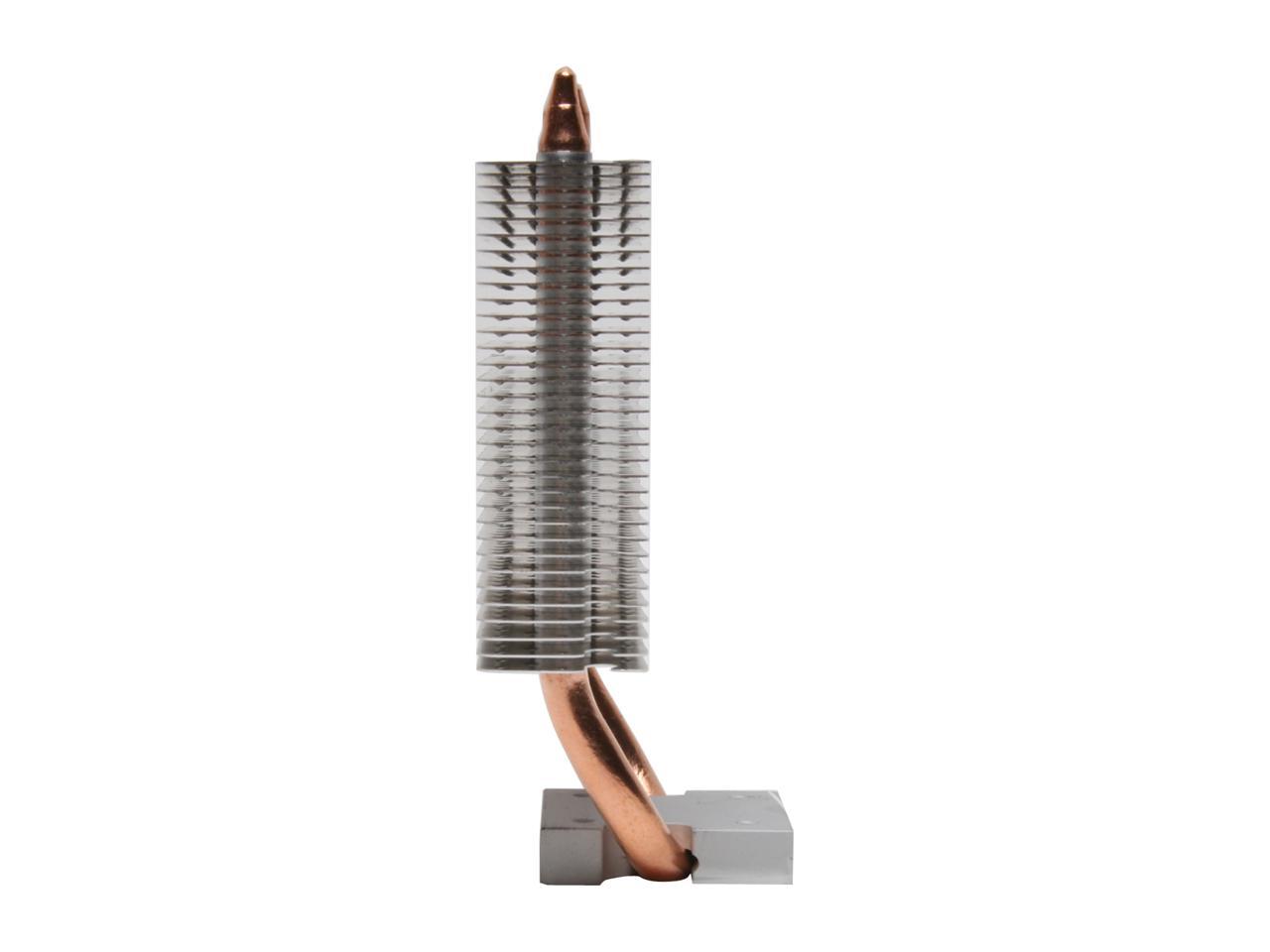 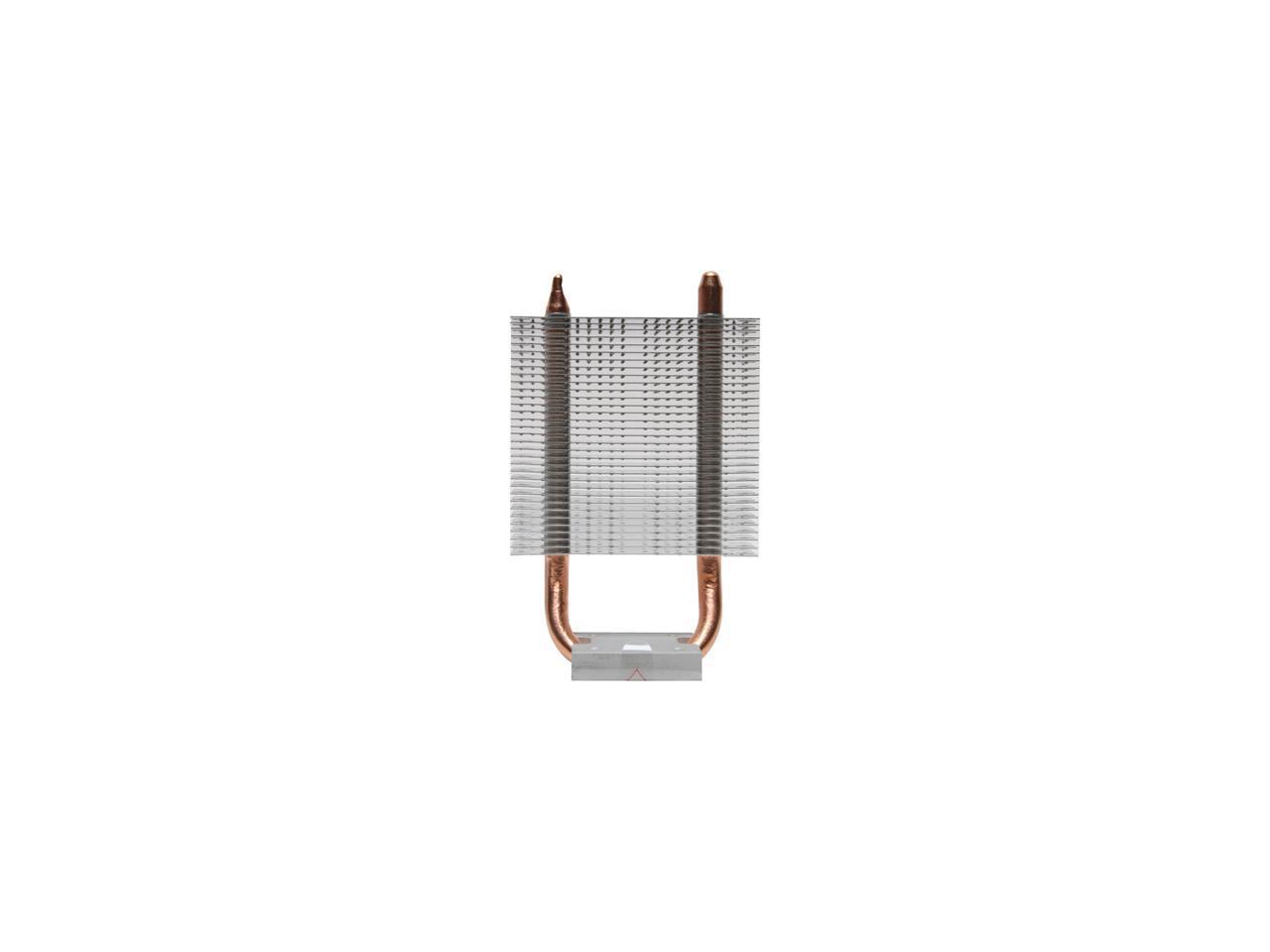 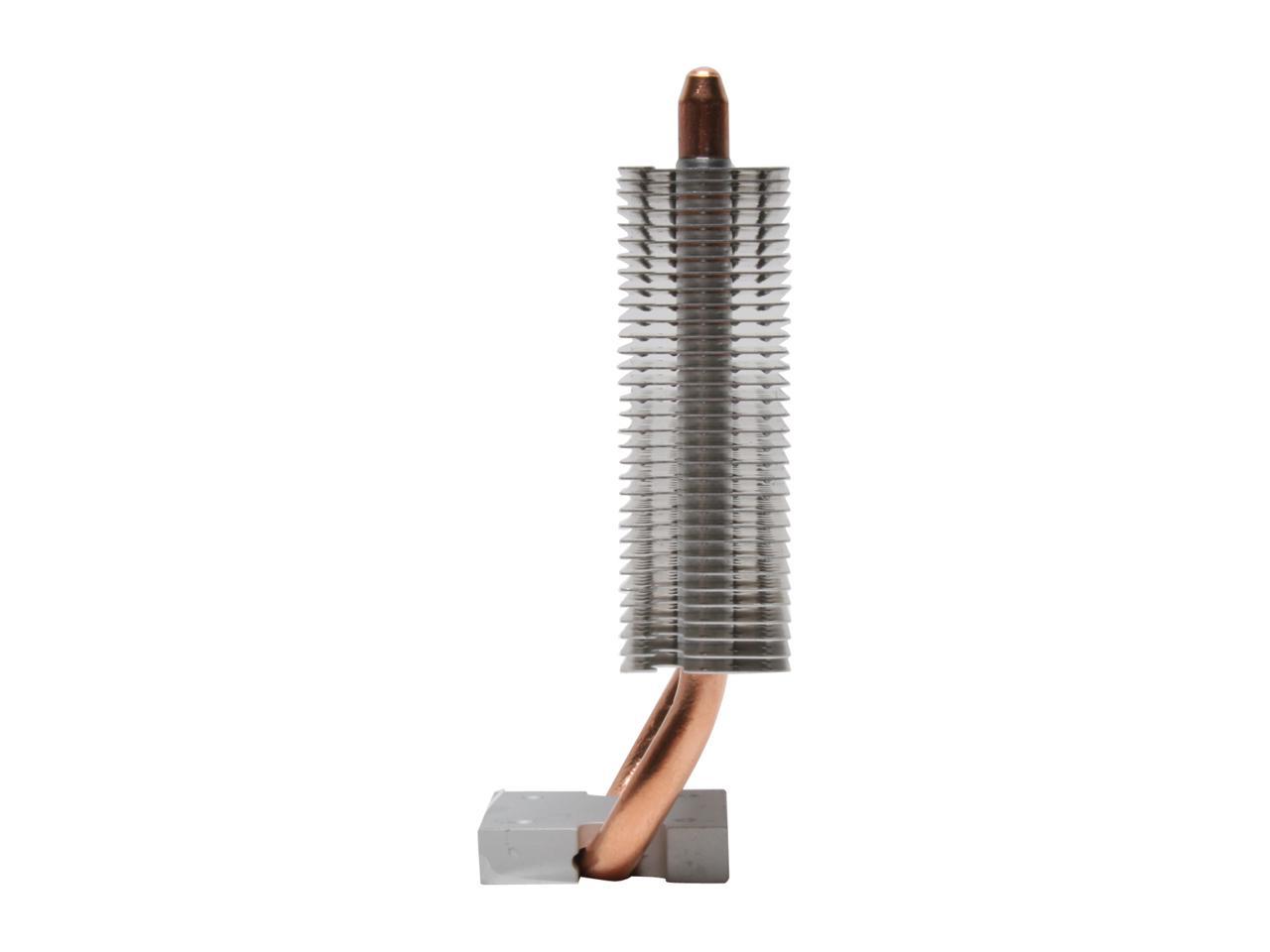 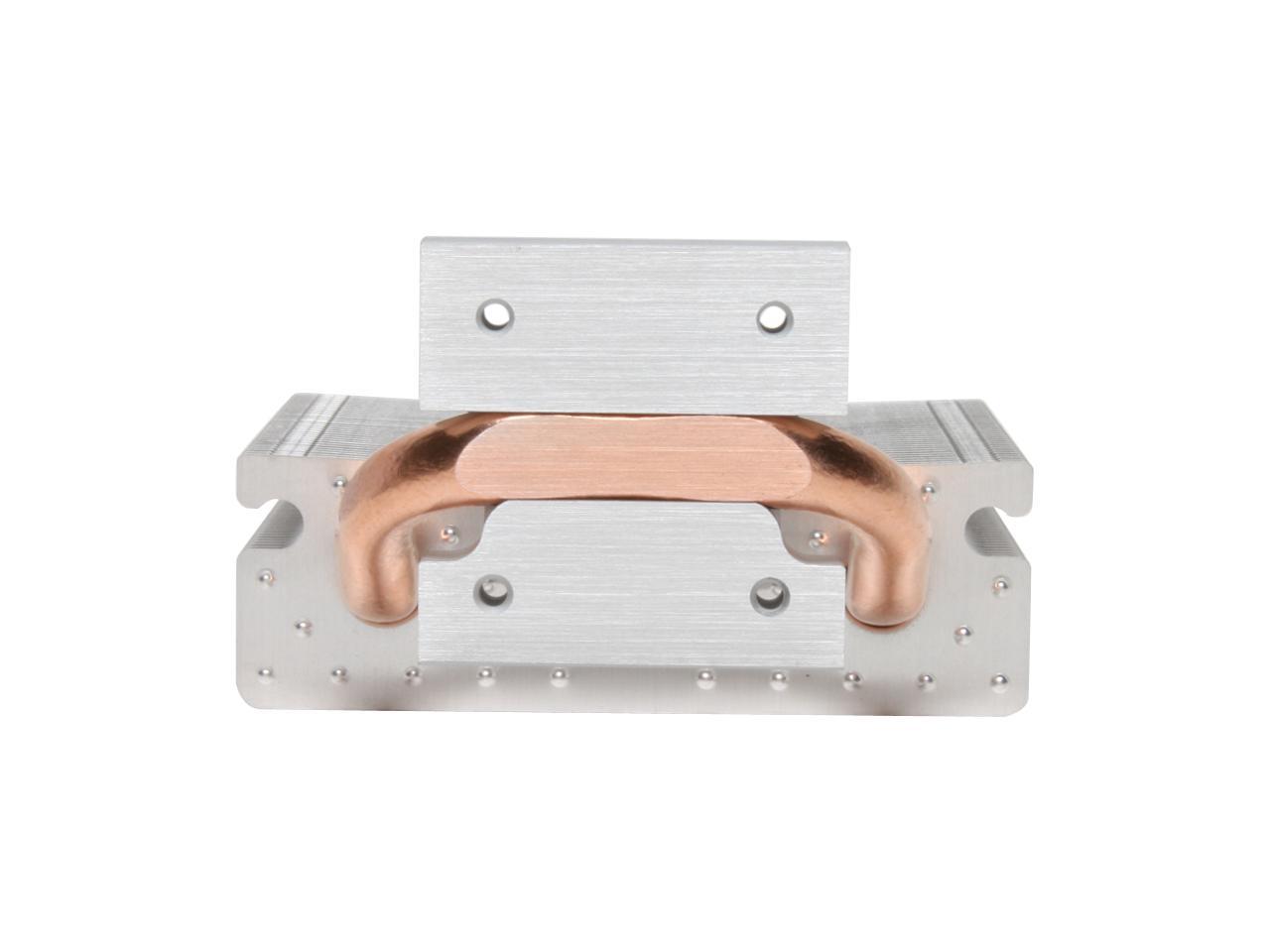 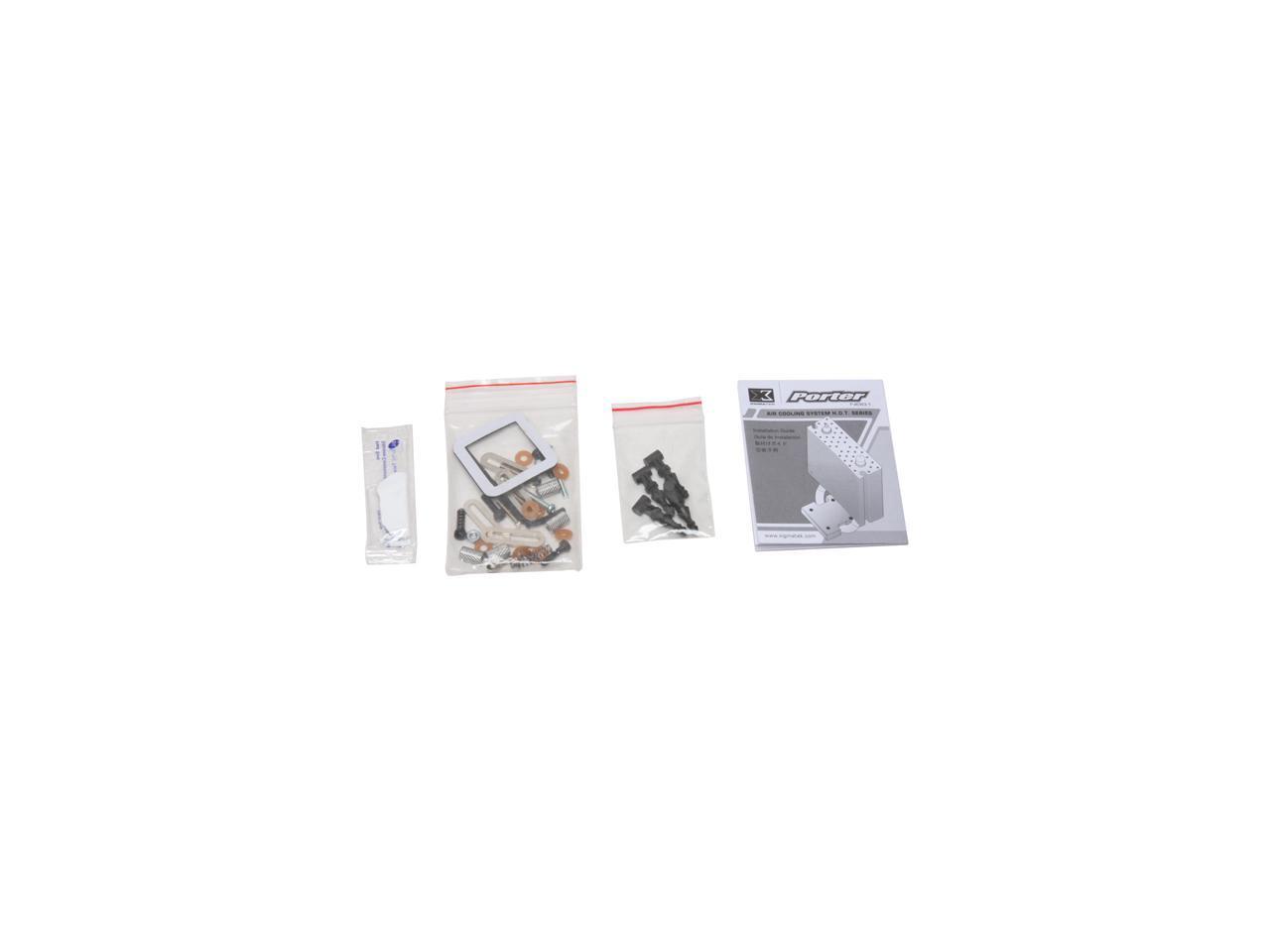 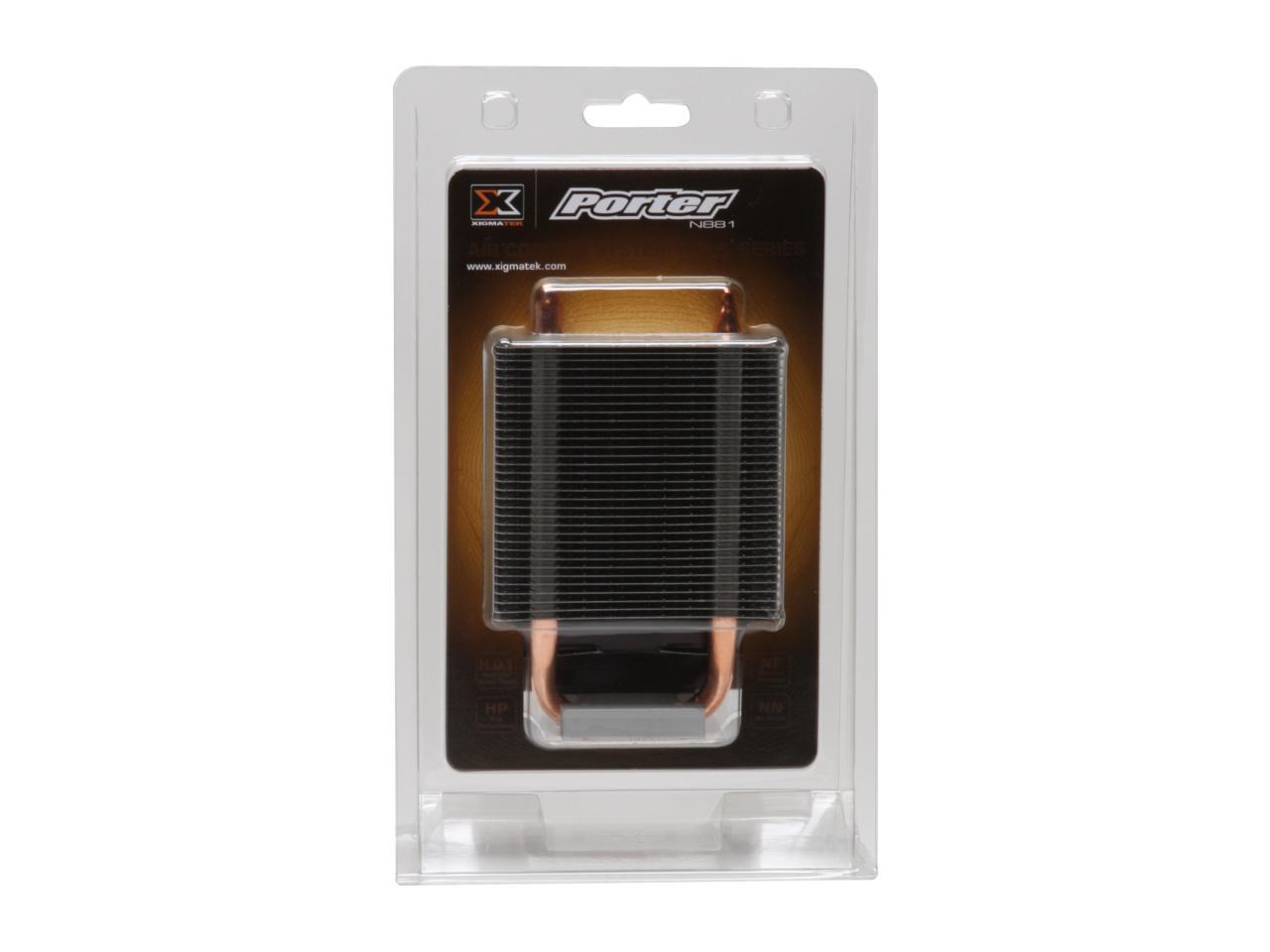 (58) Write a Review
OUT OF STOCK.
Overview
Specs
Reviews
The northbridge chip, also known as the memory controller hub. is responsible for keeping the CPU, RAM, graphics processors and other motherboard components talking to each other and doing their job. On gaming systems and other computers that require lots of high powered processing, these chips generate heat on a level of that produced by the CPU itself. In an over-clocked system, stability is absolutely vital and every option must be considered to maintain maximum performance.
Like a CPU cooler, the Xigmatek Porter N881 is designed to remove potentially damaging heat away from the chip. Xigmatek technology includes the single, large, pure copper aluminum heatpipe which employs HDT, or heatpipe direct touch, to dispense with the heatspreader and thermal plate by putting the heatpipe directly in contact with the chip for optimal thermal transference. The heat is whisked to the aluminum cooling fins, which are offset from the base to provide clearance for other components and coolers.
The user's choice of an 80mm fan can be installed at their option for additional cooling or to improve airflow. The Porter N881 utilizes the same vibration reduction technology and easy installation people have come to expect from Xigmatek.

Pros: Looks like a "mini Me" version of My S-1283; The HDT technology puts the heatpipe in direct contact with the NB IC; (really needed for the blazing hot Nvid1@ MoBos) I combined mine with a variable speed 80mm fan, but, for "normal" NB temperature output, I don't think you'd even need that!

Cons: None, no gripes whatsoever! People say it's fiddly to install?! Be smart, use the extra insulating washers and nuts (Xigmatek are thoughtful enough to provide plenty of mounting hardware) and secure the passthrough bolts to your board! -there's your "third set of hands! After that, installation is a mere few turns of the provided allen key

Overall Review: I'd definitely buy another (or any other Xigmatek product)! Great quality, great cooling, even better Customer service- I'm so impressed I'm about to buy a Battle Axe VGA cooler too. I guess I need a Xigmatek sticker on my case! LOL

Pros: It looks nice with my xigmatek loki and lowered nb temps on my 990fx by 15c.

Cons: Even though I could install it, it was still a frustrating install with the screws through the motherboard method. (as opposed to the springs and hooks) Shipping took about a week even though I live 3 hours from the warehouse. Disappointing.

Overall Review: Even though it was difficult to install, it does keep my nb nice and cool. Before installing this badboy, when I bumped into the nb heatsink while the computer was on, it would be burning hot. Temps were acceptable before (~41c), but I wasn't comfortable with the incredibly hot heatsink. This is on a gigabyte 990fx-ud3 motherboard in case you guys were wondering.

Pros: Works for any Northbridge in existence. Actually pulls heat from the chip, instead of the stock idea that NB's either need a tiny heatsink (sometimes with a fan, usually not) or just nothing at all.

Cons: Tall, a little weird to mount to most Mobo's. If you have space and know what you're getting into, you can mount it sort of twisted-position, but it works. No fan included, but airflow will be a deciding factor.

Overall Review: Nobody else makes a true aluminum fin heatsink with copper heat transfering pipes. NOBODY! Again: airflow and space will be necessary.

Pros: Run a degree or two above room temp without a fan on my ASUS M3N78-VM

Cons: need a one piece braket

Overall Review: The offset design made it possible to fit next to my Scythe Mugen2 with about one inch gap

Pros: It's HUGE fits an 80mm fan comfortably.. assuming you can fit it in there. The mounting for the Fan is good, not as good as a thermalright, but it beats zipties. It cools very well. Put this on my ASUS GENE II and it took it from 73c to 53c. a 20 degree decrease.

Cons: The angle off set is not big enough for people using big coolers. You will have to get creative if you have a decent cooler. The mounting is ok but mediocre. I took a star away because I thought the overall finish was not as good as a thermalright, the mounting system and the lousy base finish. Though like I said, this performs great and the poor base quality does not seem to be an issue.

Overall Review: Getting this to fit is going to be an issue, check your clearance before you buy this. Like I said, if you have a big cooler and/or a crowded computer you may want to consider something less intrusive... or just shorter all together.

Cons: The install was insanely tough. I can safely say this product is the hardest thing I've ever installed in a computer. You need three hands (or, if possible, some kind of human-octopus hybrid as a friend or pet) to get this mounted properly. It didn't quite match my MB's northbridge.

Overall Review: Installed on a Gigabyte GA-P35-DS3L. I dont run overclocked at the moment, and I literally burned my finger on the stock NB heatsink after the computer was idle for about 8 hours. For its functionality I give it 5 eggs, but the install was a 3 egg affair (at best).

Pros: Passively, it cooled down my northbridge by 15C over my stock nb heatsink (Asus P5Q). It was running at 56C, now it's at 41C. I have my PC overclocked. It accomodates a 80x80x15mm fan.

Cons: Install was a pain. It's hard to explain, but it was a pain getting the screws, wrench, and springs installed while holding the thing down.

Overall Review: I bought an 80mm fan for it, but once the heatsink was installed, there was not enough clearance between this northbridge cooler and my CPU cooler to fit the thin 15mm fan. Still, passively it works wonders.

Cons: -why are the fines offset from the base This makes no sense at all. No motherboard maker offsets their north-bridge heat-sink. This will either cause VGA or CPU clearance issues.

Overall Review: it fits but its close. good mounting hardware but i don't know why the tower is offset.