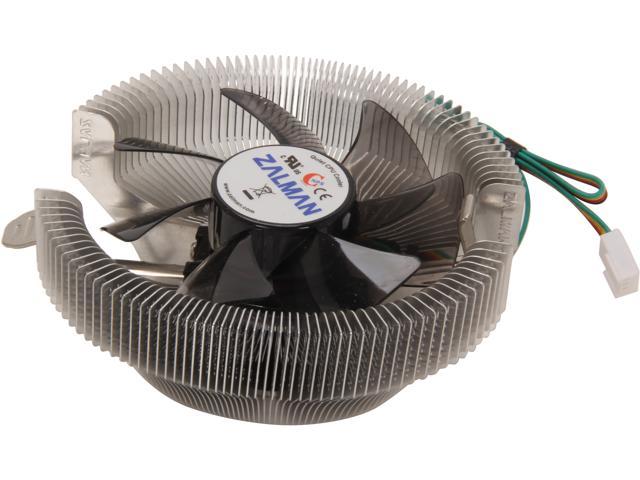 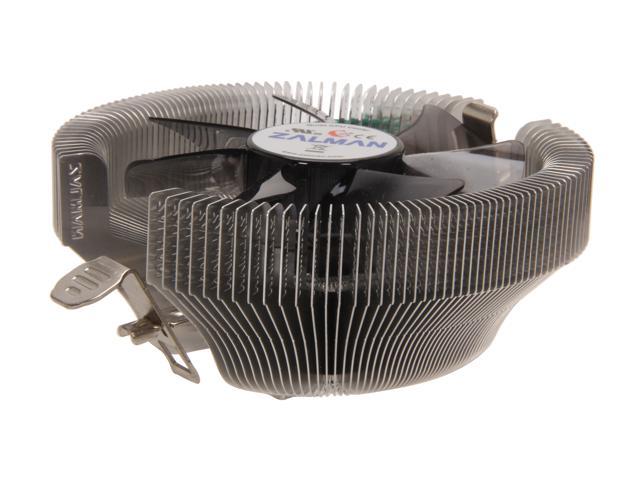 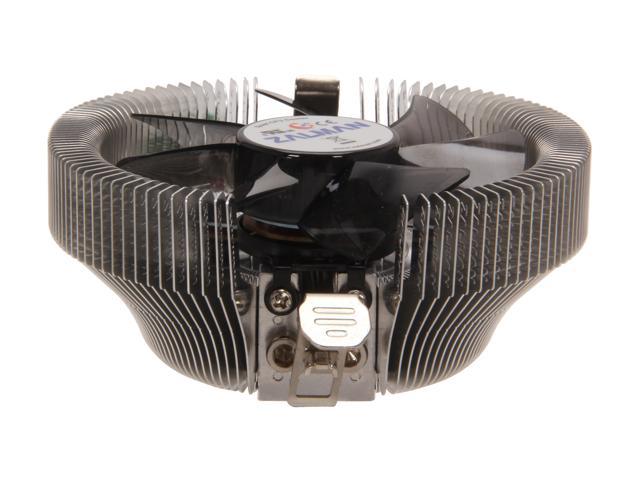 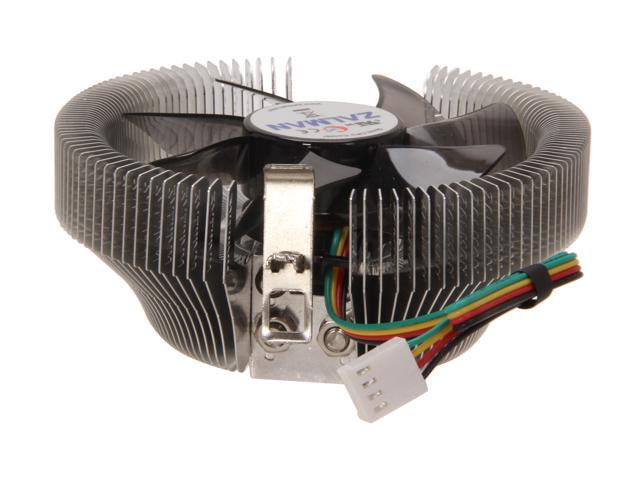 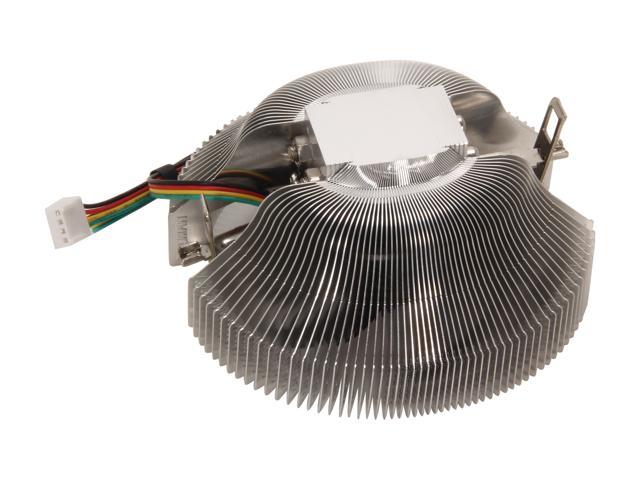 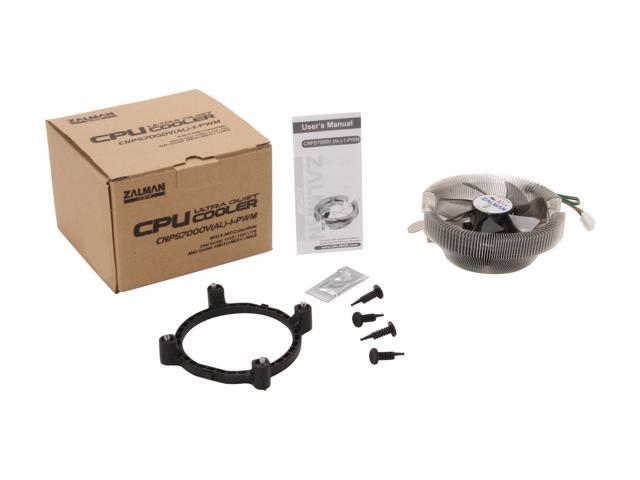 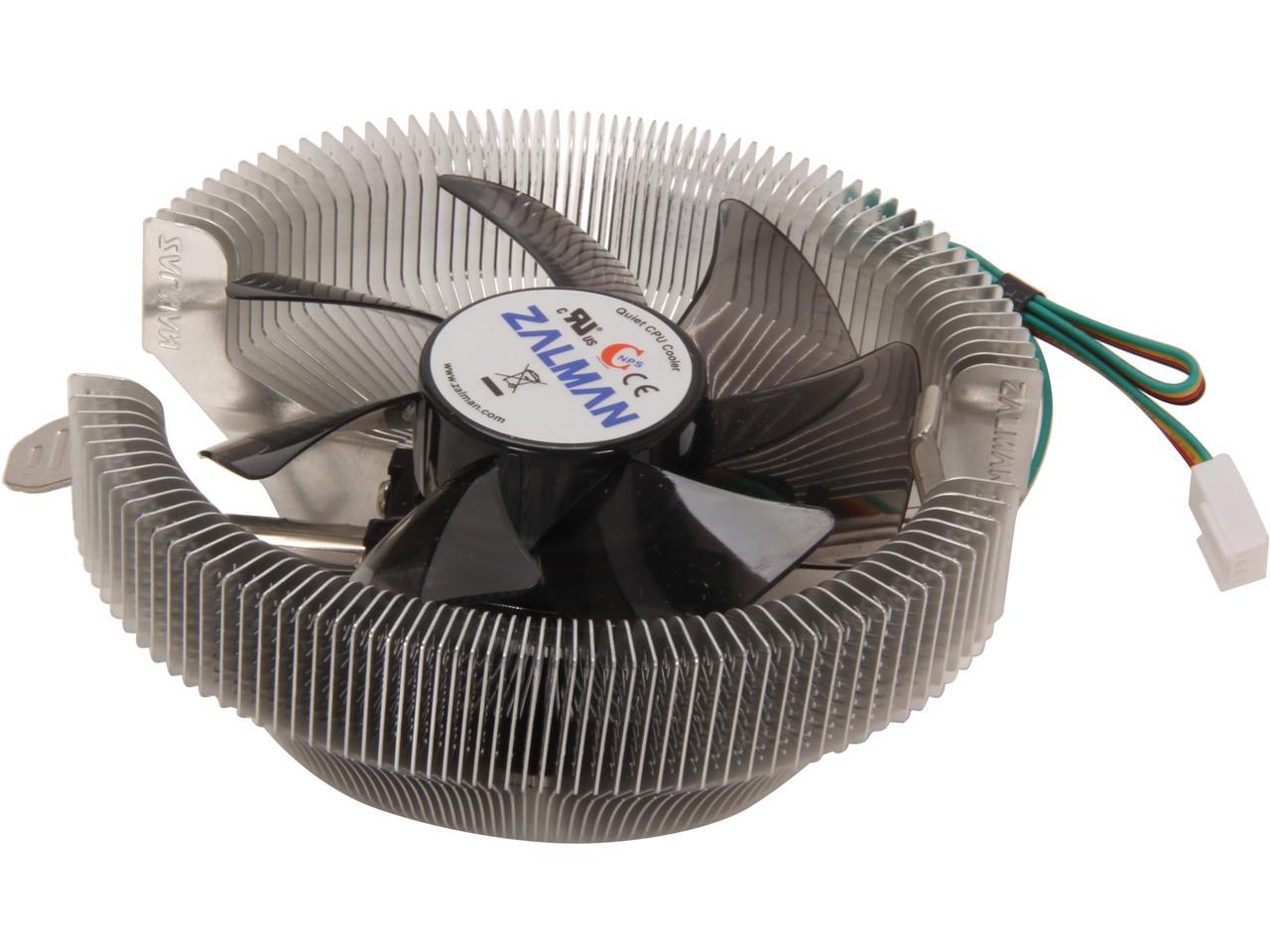 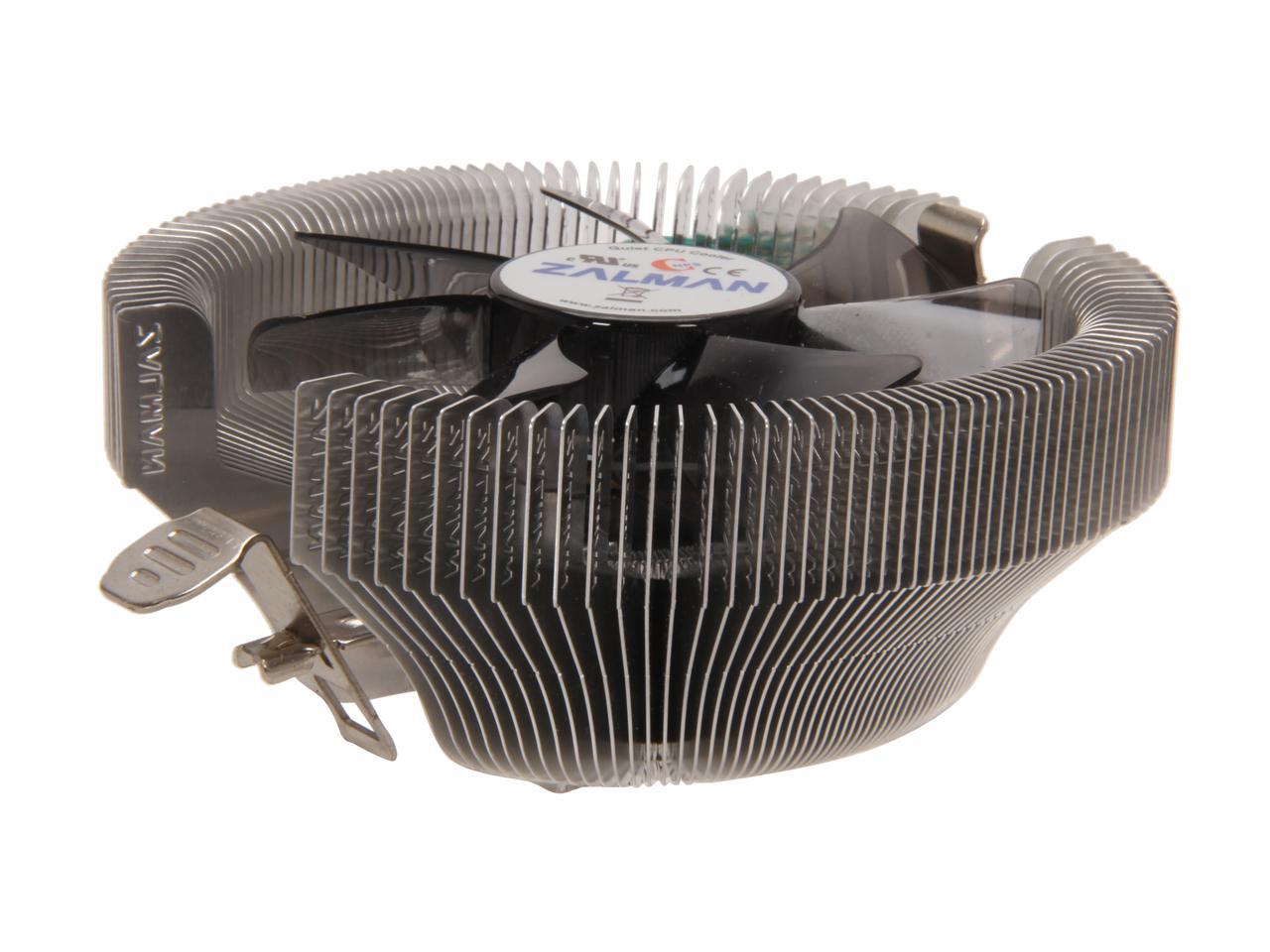 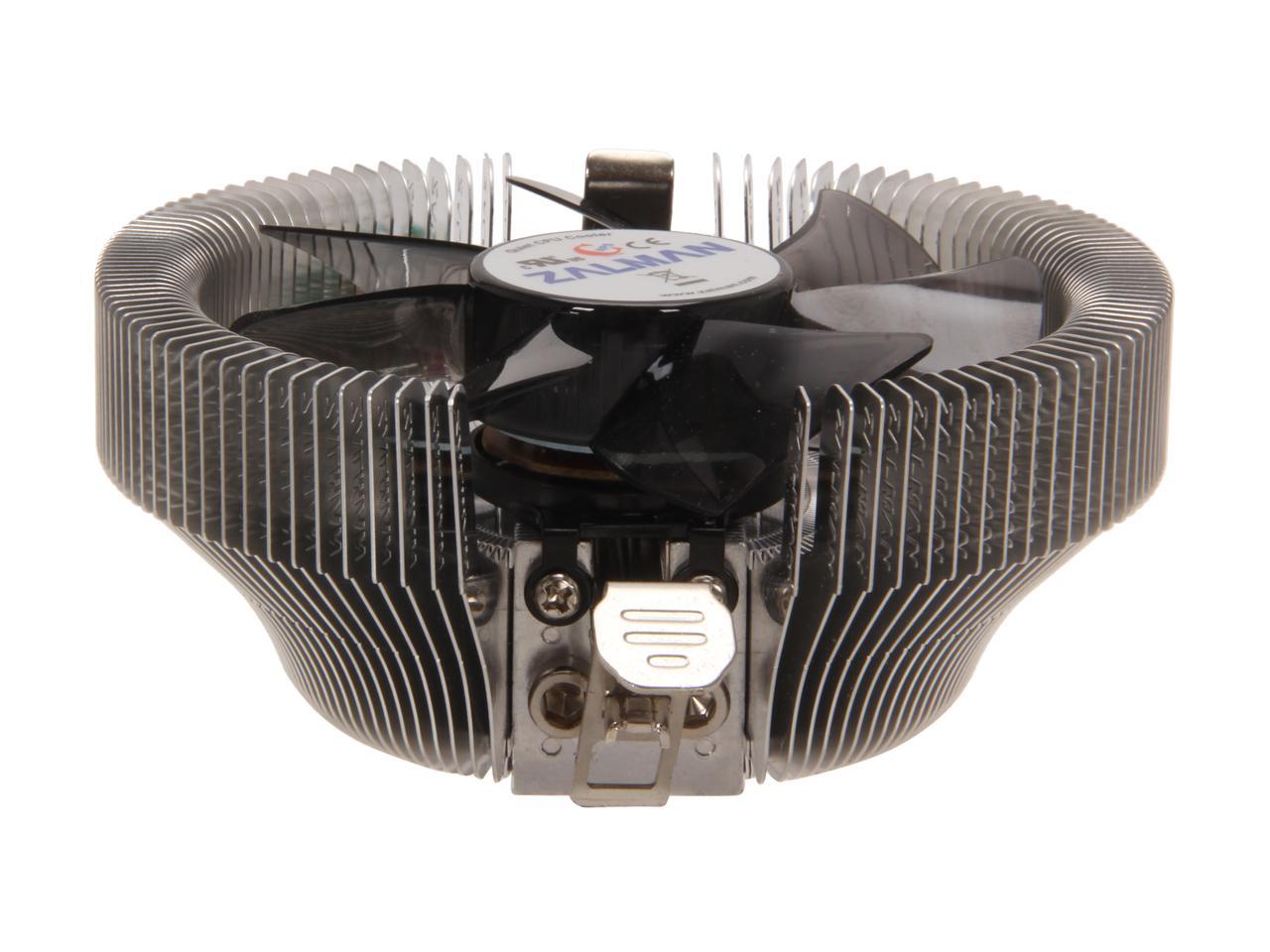 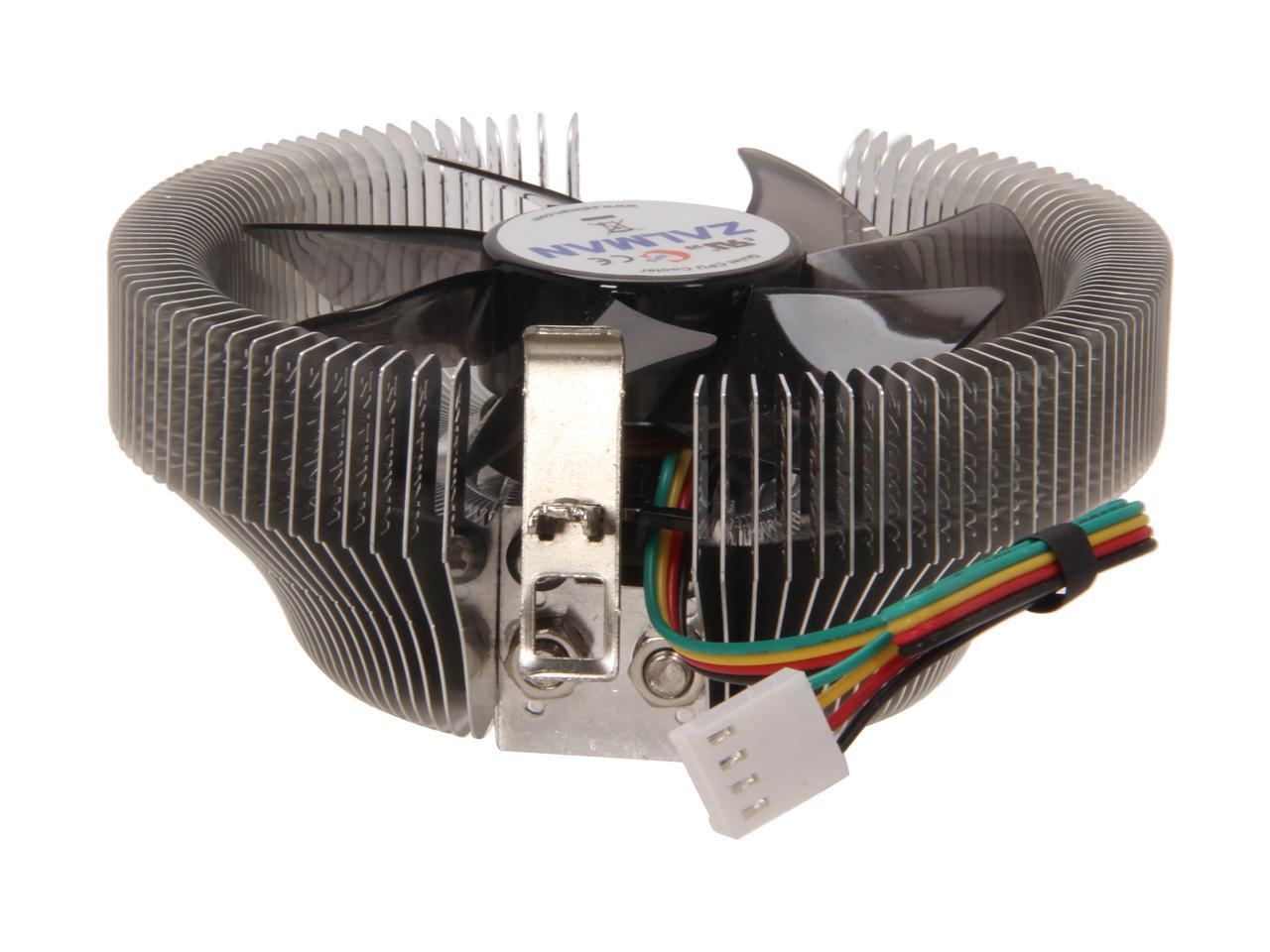 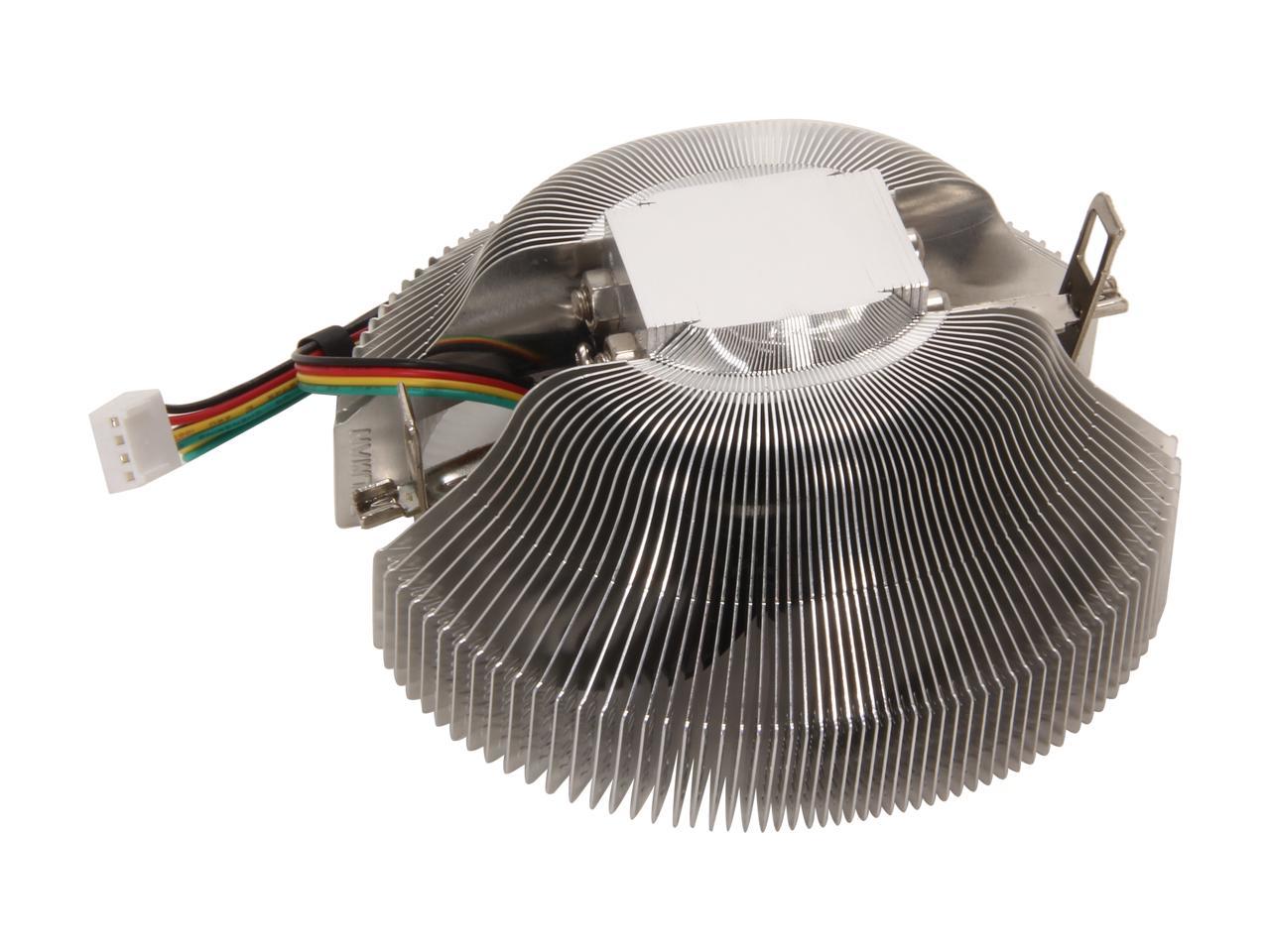 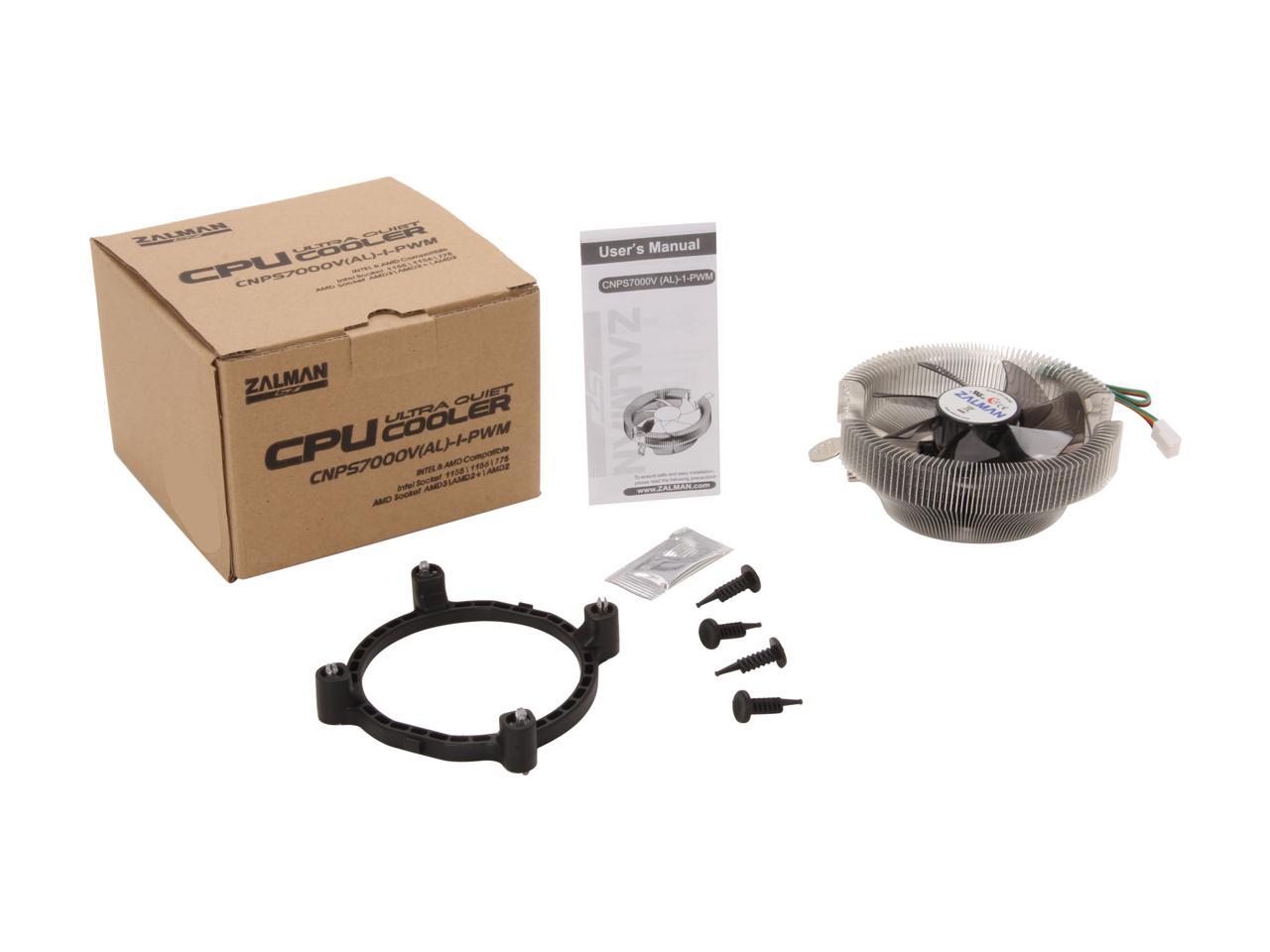 Pros: Good Price Free Shipping Thermal Grease INCLUDED Fits as advertised Pretty Darn Quiet The power cable is not too long so it doesn't get caught up in other fans

Cons: I can't think of a one

Overall Review: I wanted a CPU fan that was quieter then what I had on my AM2. At this low price this model was worth a shot. I have had several Zalman CPU coolers over the years and did not regretted buying Zalman. I still don't. The install was a breeze. Consider what you want the cooler to do. If it is just to be silent this is a good choice. It won't cool your i7 Humpa Humpa gaming rig CPU though

Pros: * Like the over all flow of air it provides my CPU to keep it cool below 25C * Can be setup for software based Fan Control and Speed * It is Quiet when run below 1500RPM.

Cons: - Very hard to install if you have 4 Sticks of ram: I didn't give it 5 Eggs because of this fact, I honestly didn't think I was going to get it installed. The Clip you latch to the CPU housing it comes with is 87% hard as hell to get it latched if you have a Gadget orientated rig. - The metal clip requires perseverance, determination, and patience and having small hands to get the tiny clip latched properly is important. Not in my case, I'm kinda like a half giant with sausage fingers and hands the size of a shovel. I had to get innovative to get that thing latched with out bending all the heat sink fins and destroying this thing. - The heatsink Fins they are sharp and will cut you, bring band aids.

Pros: Cost of item is decent compared to some. Quality is excellent and is well built. Fan is very quiet and has good air flow.

Cons: I have one con which is the packing. The cooler comes in its own box but it is loose in there, so It moves around in box. That means some of the metal cooling shroud could be bent a bit like mine were. No big deal but still an issue I feel i should mention.

Cons: The fan is not entirely silent.

Overall Review: For my purposes the little Zalman is more than adequate. The price is right and I wouldn't hesitate to buy it again. It's a little noisy but not so much that it's a big detractor. Installation was quick and easy on an Asus Socket 775 motherboard with an Intel Core2 Duo E8500. Suitable for use as a replacement cooler on a stock clocked machine, probably not so much if overclocked.

Pros: Attractive, about the same height as a stock intel cpu cooler so no clearance issues, almost silent, cheap!

Cons: larger footprint than expected,my fault honestly..it blocks the ram slot closest to the cpu on this micro atx board. so could use a low height sticks but it was to replace a dead stock fan on a workstation thats already a few years old so I doubt i'll bother, but it could be an issue for other buyers.

Pros: Low profile. Quiet enough. Cools very well. Perpendicular heat sink blades are much easier to clean (with compressed air) compared to the orientation of the blades of the CM 212+ in our higher-end computer.

Cons: It took a lot of force to get the mounting armature to grab onto the mounting bracket. It really felt like it was putting a tremendous amount of pressure on the CPU.

Overall Review: I have a very low-end micro-ATX case that wouldn't be able to fit a single-tower cooler like the CM 212+/Evo. This one fits the bill. The case doesn't have an optical drive or a dust cover for the opti-bay, so I can hear the fan but only when it's spinning very fast. It also does the job well. It's mounted on an i7 4771, and I don't have a video card in this computer, so I'm using the integrated HD 4600 GPU. At idle, the temperature is 30C. I played Far Cry 3: Blood Dragon on medium settings settings. The CPU temperature stayed below 60. I could probably increase graphics settings to High. I would buy another one of these.

Pros: Pretty good little cooler for it's intended purpose. I have no idea what kind of RAM people are using, but I use Ballistix Sport and had no problem with clearance with the 2 closer of the 4 RAM slots being utilized. Fan is very quiet, and is 4-pin. See other thoughts for further comment.

Cons: It is somewhat delicate, but that is to be expected out of an aluminum heat sink.

Overall Review: I've used a few Zalman coolers now, and my impression has been such that they are meant to exceed stock coolers, while not being of the caliber of overclocking-performance coolers. This in mind, I have no idea why anyone who has ever used an aftermarket cooler would think you'd be safe putting this particular unit onto an 8-core processor, much less to overclock said processor on top of that. The guy who claims he melted the cooler to his CPU did both of these things, but it also sounds as if he used thermal ADHESIVE instead of COMPOUND which would also cause such an incident to happen, as adhesive would literally "glue" the cooler to the processor (every manufacturer website I know of out there flat out tells you not to use adhesive for CPU's, especially Arctic). Don't use thermal adhesive on your CPU. I used Ceramique 2 by Arctic, not because I think it would actually benefit from the more advanced compound, but because I am just anally retentive and wanted to use the best as none of the Zalman's I've ever used, while being superior to all their stock counterparts, have ever had a mirrored surface on the contact point and this particular compound is much thicker in consistency than Silver 5. This was my first time ever using Ceramique, but the cooler has already dropped my idle temp by about 5 degrees and this isn't even 1 cycle into the break in period for the compound. Also, this has been seated to a non-unlocked, 3.0ghz Deneb-based Athlon 2 X3, and has no issue with moving around as some people have claimed on AM2/AM3 formats. I'm guessing theirs isn't an AM2/AM3 format, primarily based on the fact I've had a couple of computer tech stores try to sell me parts for the older Socket A which is not the same mounting bracket as the AM2/AM3/AM3+ bracket, while arguing with me that it was the same until they took the older Socket A out from their back store stash and compared it side-by-side with an AM2 or AM3. I hope this rant clears up some confusion out there.

Pros: I really like this CPU cooler. Its fan is almost silent when running at low speeds (<1000RPM) and the heatsink dissipates heat well. Its size is also quite reasonable - when installed, it doesn't obstruct any memory slots. My Athlon II X4 idles at 35C with stock cooler, and 29C with this one. I call it an improvement.

Cons: It can be quite loud when running at full speed. But a properly ventilated case and a well-configured fan profile in the BIOS should never build heat up to that extent. I have yet to see it run at >1500RPM.