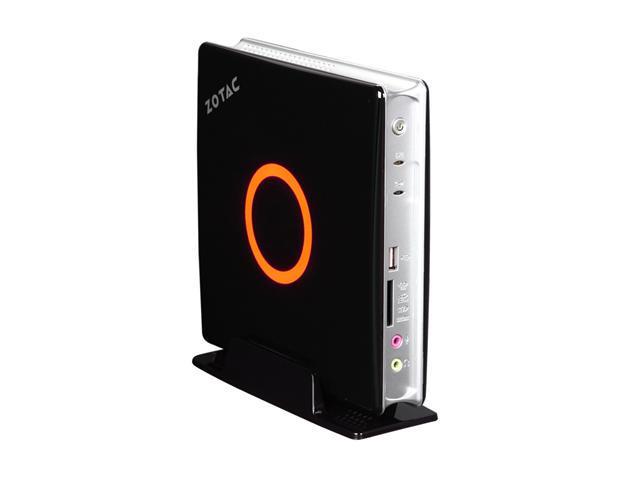 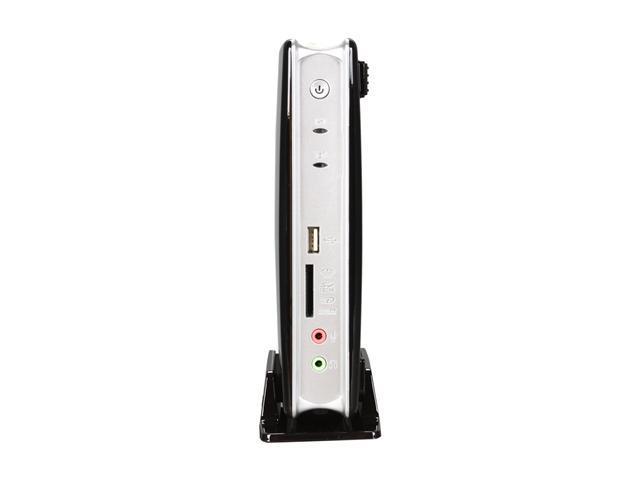 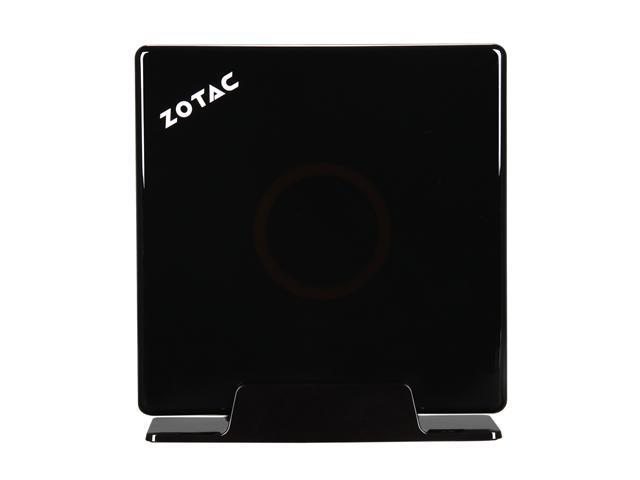 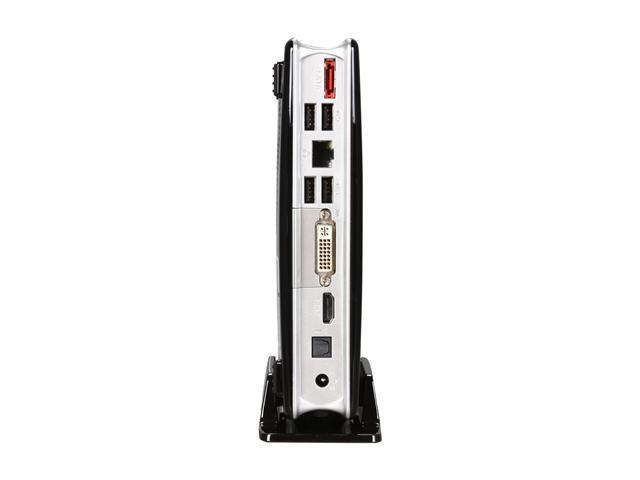 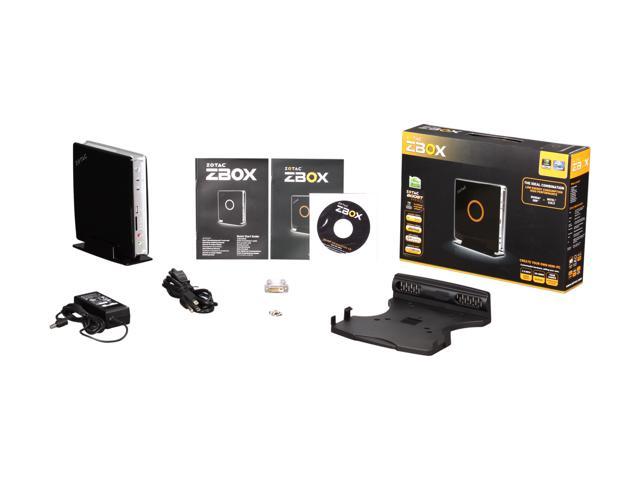 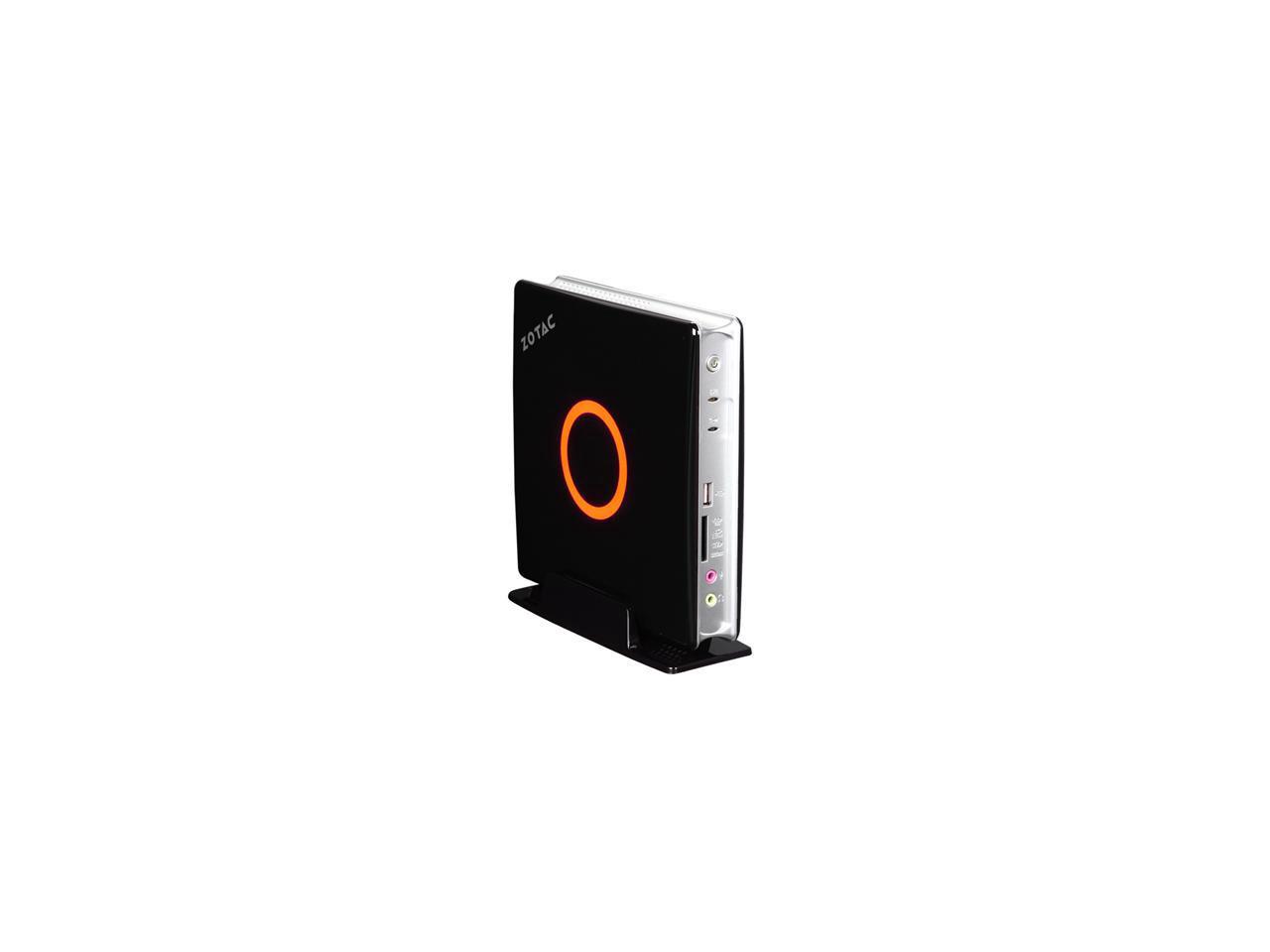 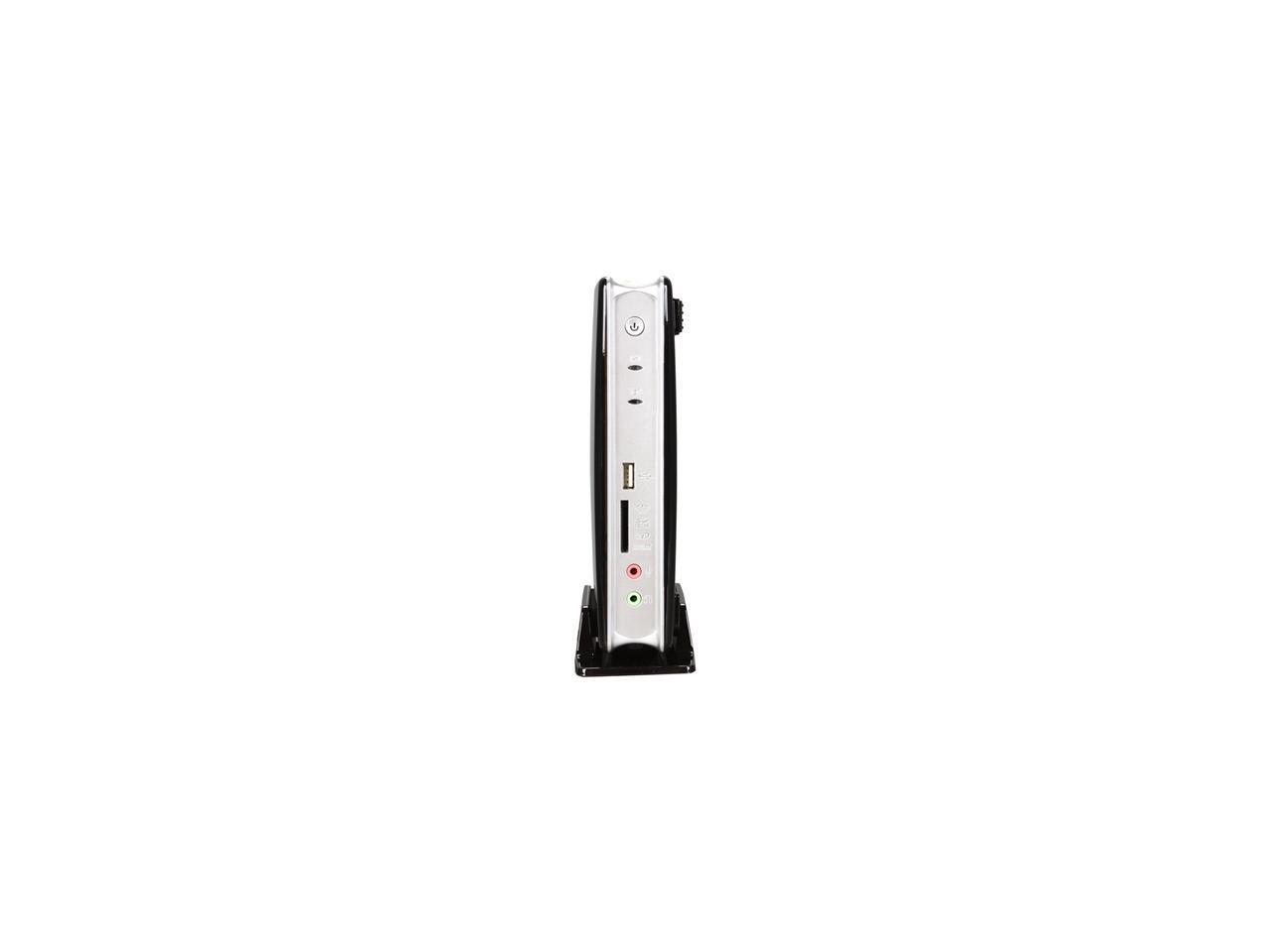 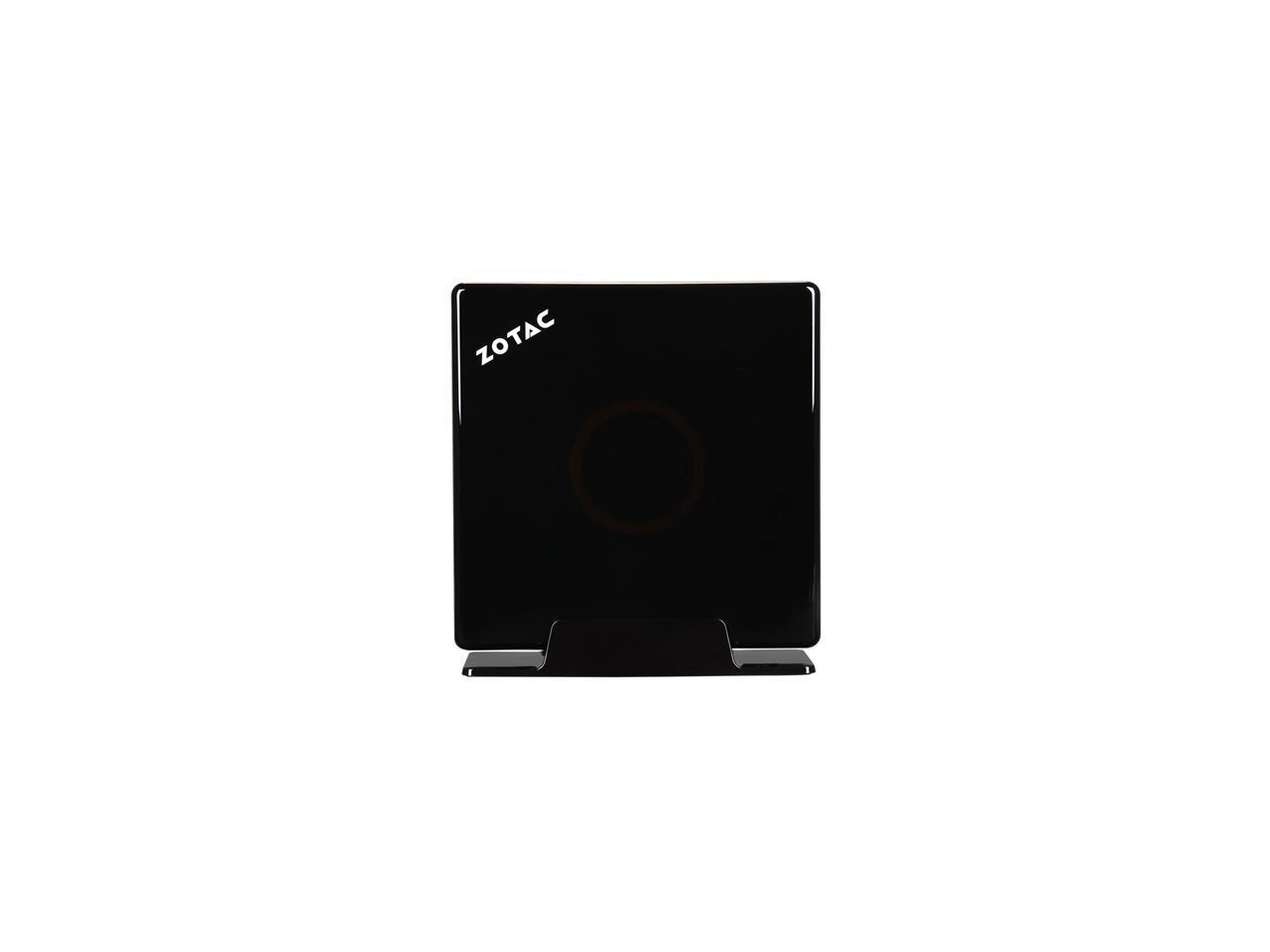 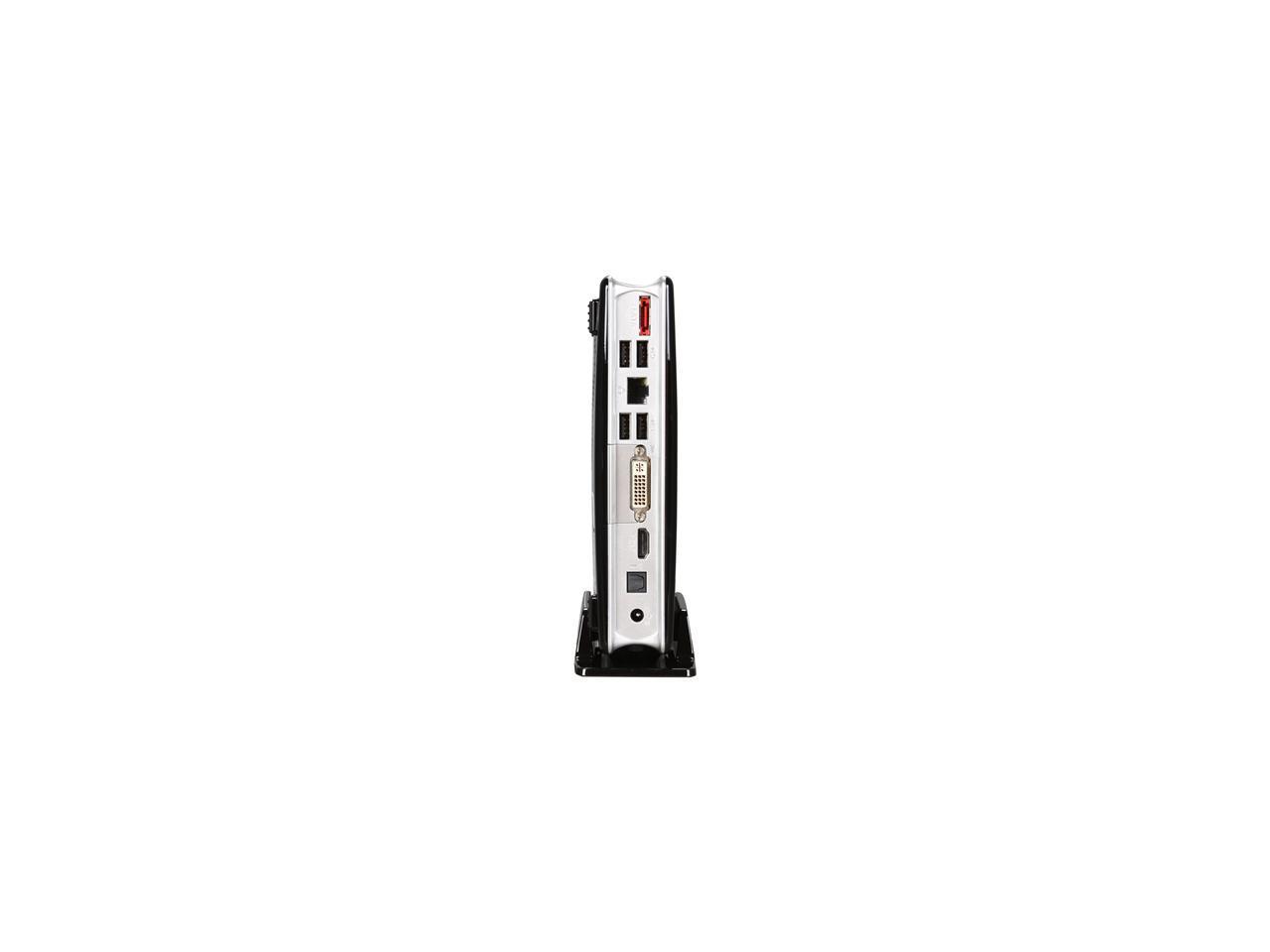 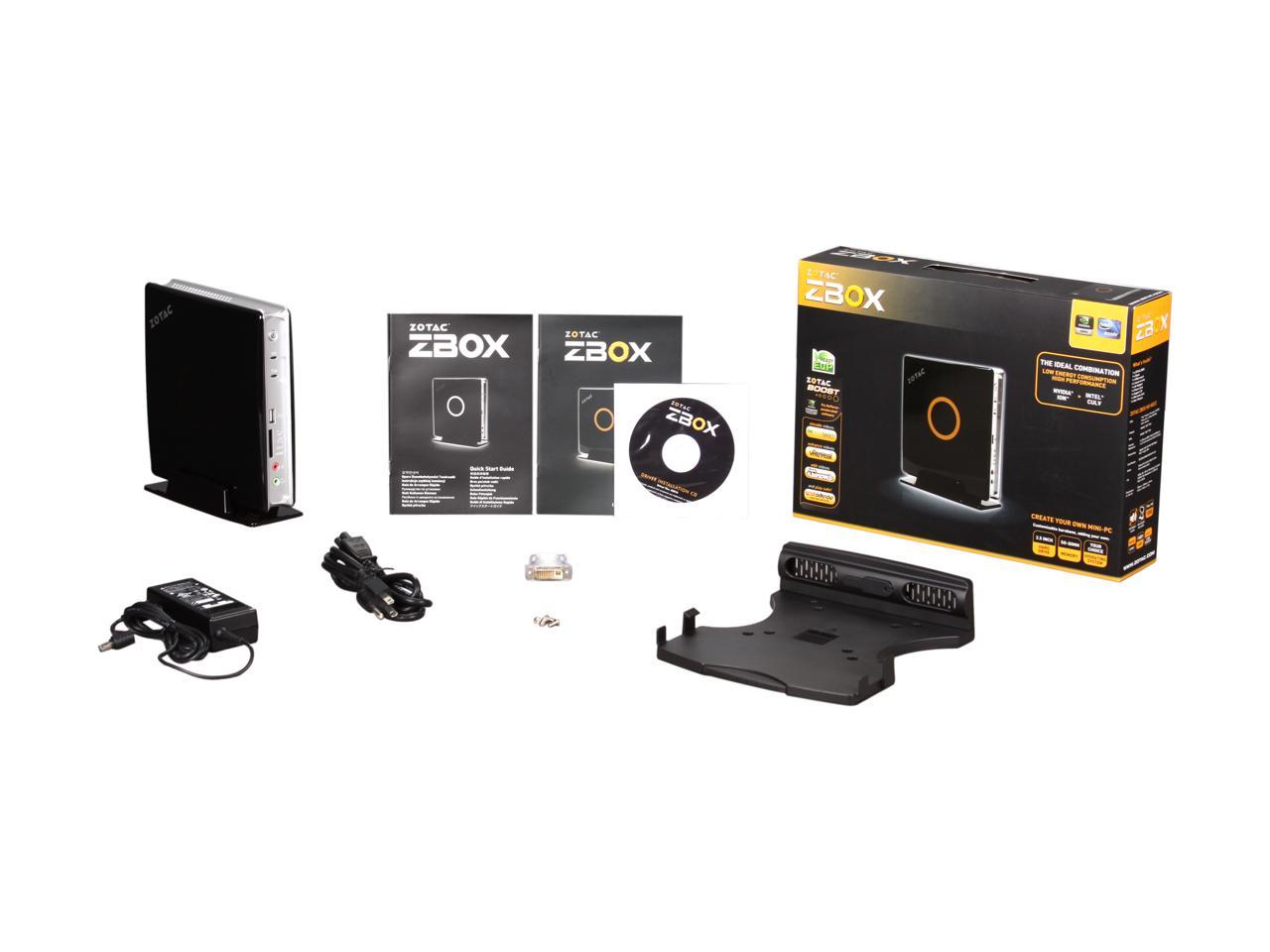 (32) Write a Review
OUT OF STOCK.
Overview
Specs
Reviews
Experience premium graphics processing and energy efficient computing with the ZOTAC ZBOX HD-ND22-U mini-PC. This barebones system has everything you need to build a quick system for a number of practical applications. The dual-core Intel Celeron processor SU2300 is perfect for serving files across your home network or powering your personal entertainment center. The powerful NVIDIA Ion graphics processor can accommodate smooth 1080p HD-movie playback as well as some of the most popular PC games. With NVIDIA CUDA Technology and Adobe Flash HD Acceleration, the ZOTAC ZBOXHD-ND22-U delivers an outstanding computing experience complete with high-definition Internet video streaming.
The ZOTAC ZBOXHD-ND22-U supports up to 8GB SO-DIMM DDR3 1066 RAM and a 2.5-inch hard drive. As an added bonus, it includes Gigabit LAN, Wi-Fi 802.11n/g/b, S/PDIF & HDMI outputs, together with a 6-in-1 card reader and a total of six USB ports, turning this barebones kit into a multimedia hub.

Learn more about the ZOTAC ZBOXHD-ND22-U

Pros: Everything works out of the box with XBMC Live 10/10.1 Plays hi-def AC3 MKV files from my NAS beautifully via ethernet over HDMI. Top side USB port is great for keyboard or remote FOB. Can turn off the bright orange ring via bios.

Overall Review: Runs cooler vertical. My GPU temp dropped 20 degrees going vertical after initially laying on its side on the VESA mount.

Pros: Everything worked right out of the box. Installed Windows 7 Pro 64bit, and all the drivers were found. The Celeron is surprisingly strong, with a WEI subscore of 3.9. Wireless card is powerful and fast, HDMI works flawlessly, and it produces very little noise. Didn't even need a screwdriver to open the case up and add the RAM and hard drive. Tons of USB ports, digital audio output, and eSATA built in? Yes, I'll take it.

Cons: Casing can be flimsy when opening it up and adding RAM and the hard drive. Use a bit of caution.

Overall Review: Used my old 4GB DDR3 RAM and 5400rpm 500GB hard drive to put in this machine after I upgraded my laptop. I was skeptical, but this machine does not disappoint. With a Hauppauge TV Tuner, you can watch and record live TV with ease using Windows Media Center. The 800Mhz FSB on the dual-core Celeron is a major step above even the latest Atoms, and it still eats up hardly any power. This is truly a mini computer powerhouse. Don't settle for an Atom media center. Do yourself a favor and grab one of these. Worth every penny.

Pros: -Real dual core CPU; SMOKES Atom chips -Quiet, Compact (about the same size as my Wii, maybe smaller) -Plays 20 GB 1080P Blu-ray rips over network no problem, just make sure you have hardware acceleration / rendering ON or else it attempts to use the CPU for rendering; 1.2 GHz can't hang with 720P, you gotta use the ION chipset!

Cons: -Video drivers from nvidia's site cause video to cut out 2 seconds after boot, not sure what the deal is, ones from zotac's site work fine. -weird issues coming out of sleep, but BIOS update resolved. -XBMC live didn't see network, not sure why? didn't spend much time tinkering, works great running as a program in Windows 7

Pros: Add a hard drive and ram and you have a nice little HTPC. It is a even smaller than I imagined, almost the same size as a router. And unlike other models, this one has optical audio output (on the back) No problems at all playing back 1080p MKV at 1920x1080, it is even quiet when doing so. Far exceeds the performance of atom models. And its the kind of performance difference you can actually feel, not just on paper.

Cons: Would have preferred a dual band wifi chip, this one is 2.4Ghz only. CPU runs a little hot when maxed out. But since video decoding is handled by the nVidia chip, it isn't an issue as an HTPC.

Overall Review: **Windows 7 users make sure you get the updated wifi driver from RaLink, (model 2860) The windows update version has rather poor signal strength. A Bios update is also available from the Zotac site.

Pros: Powerful enough to stream any HD I've thrown at it (including those running at higher frames per second than standard). I use it for XBMC, and once XBMC finally completed their updates to fully support ION, everything worked like a charm. No hiccups, no stuttering. Done recording via HDMI and a Hauppauge USB tuner, all flawless. Max wattage pull (as tested via kill-a-watt) was 33W and this was while doing video encrypting

Cons: Not much to complain about other than looks. The silver trimming makes it look cheap and the black plastic shows fingerprints. I don't feel either of these are actually worth complaining about (you know what the thing looks like before you buy it...), but it bugs my fiance, so I thought to mention it.

Overall Review: There's no need for anything more than 4GB of RAM (even with a Windows install) from all the testing I've done. Anything that can use more would seemingly out-run the processor. It's a nettop, though, and this is expected. It's interesting that some people have complained about the noise. Next to an XBOX, or even a PS3, the ZBOX is quieter. I expect a small amount of noise from this box. But honestly, if I'm actually USING the box, I crank up the home theater and I couldn't hear the box even if I tried.

Pros: I upgraded from another nettopt with a K125 processor and GeForce 9200. the difference between them is amazing! I was worried about the cpu, since in single core apps the K125 was (according to benchmarks) faster, but in real world, the single core differences are minimal (if any), and when the second core is used, it blows the K125 away. Then the graphics are amazing! Fast to a degree that´s hard to believe in such a small package. It can be oc´d, and it does help a bit to make it faster still. The esata port works wonderful. As an HTPC it gets the job done with flying colors . DVD playing is superb, HD youtube (1080) is ultra smooth. Office ´07 runs at least as fast as my workplace desktop (C2D 2.66). I installed 4GB RAM, a 500GB WD Black HD, Win 7 ultimate 64 bit. I even can play some games on this! Flight sim (FSX and fs9) runs great here! Gonna try Crysis and a few others. In short: GET IT AS SOON AS YOU CAN!

Cons: The only thins it that, as one reviewer mentioned, there was some smudge on the motherboard, and traces of what seemed to be a fingerprint on it. I found it odd, but decided to give it a try before returning it. Nothing to worry about, it would seem.

Overall Review: Not a con, probably my mistake, but I cannot make both HD (internal and esata) appear on the boot menu when I press F11. I will try to investigate a bit more. Even if this is definitely not to be considered a gaming machine, you can definitely play a lot of games if your expectatives are not high. For me, the fact that I can run FSX with textures set to high, ground textures to max and get 25fps is more that I was hoping for. FS9 is completely maxed out, including real world traffic, and I get 30fps, even in high populated areas. Again, more than I expected (and FS9 is not dual core enabled!) Again, as an HTPC (at least with DVDs) it works wonderful. I used my previous computer to watch cable TV (analog, no digital yet in Guatemala) and while it worked, I definitely was unable to do anything else during commercials. With this beaut, I can surf the web, do some office chores and still enjoy fluid video. In short, this is a GREAT computer! Congrats, ZOTAC!

Pros: Faster cpu than the Atom, better graphics card than the "next-gen ION", extremely compact and quiet, and plenty of ports. I am absolutely thrilled with this purchase!

Pros: I've owned this for just over one month. I bought it to pair with a new Panasonic 46PGT24 television. Dropped in an Agility 60GB SSD drive and 8GB Crucial RAM. It works superbly. No studdering, full HDMI support, etc.

Cons: Not expandable, but for my TV this isn't an issue. I was just thinking of buying another one as it's far more powerful than my current desktop... sad, but true. On second thought, I think I'll go with an i5-760 or i7-something for the new desktop.