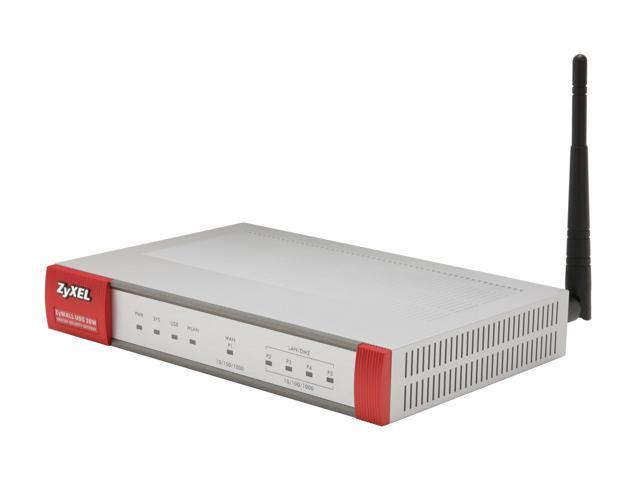 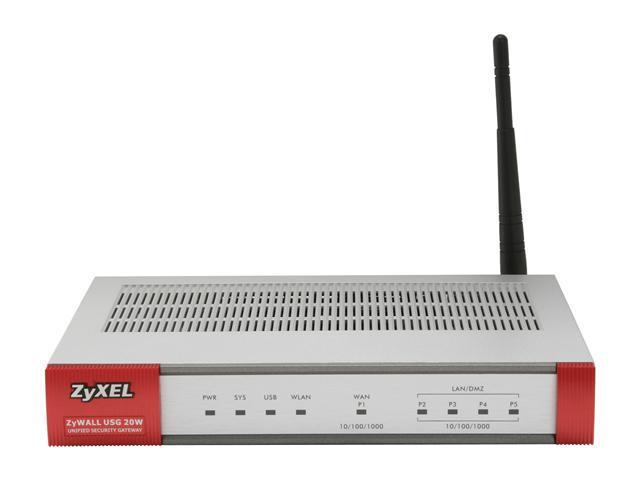 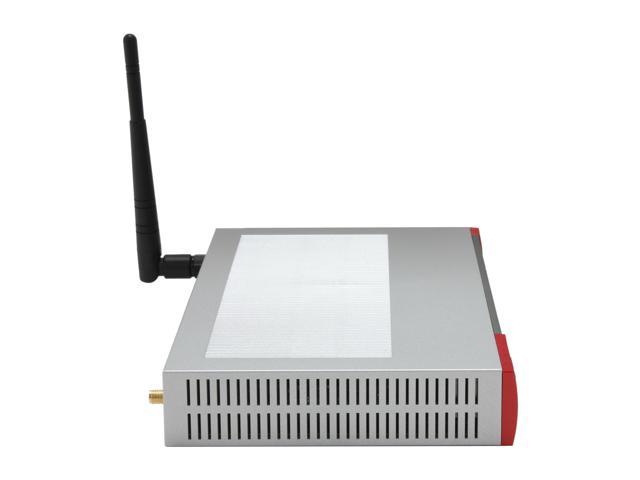 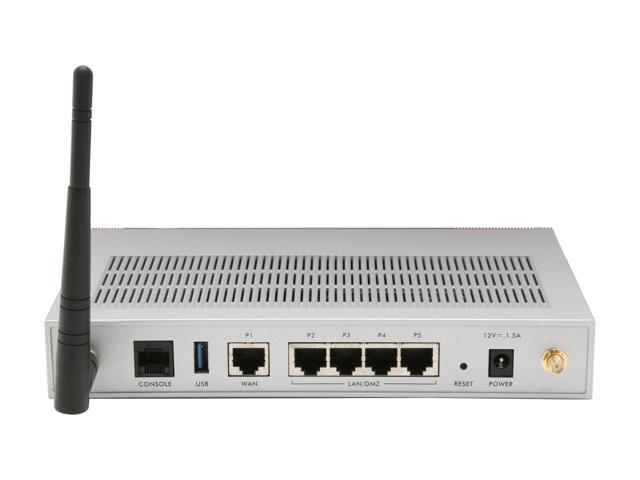 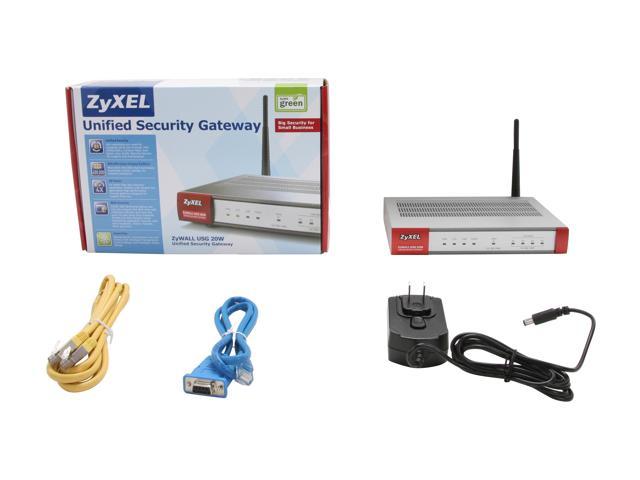 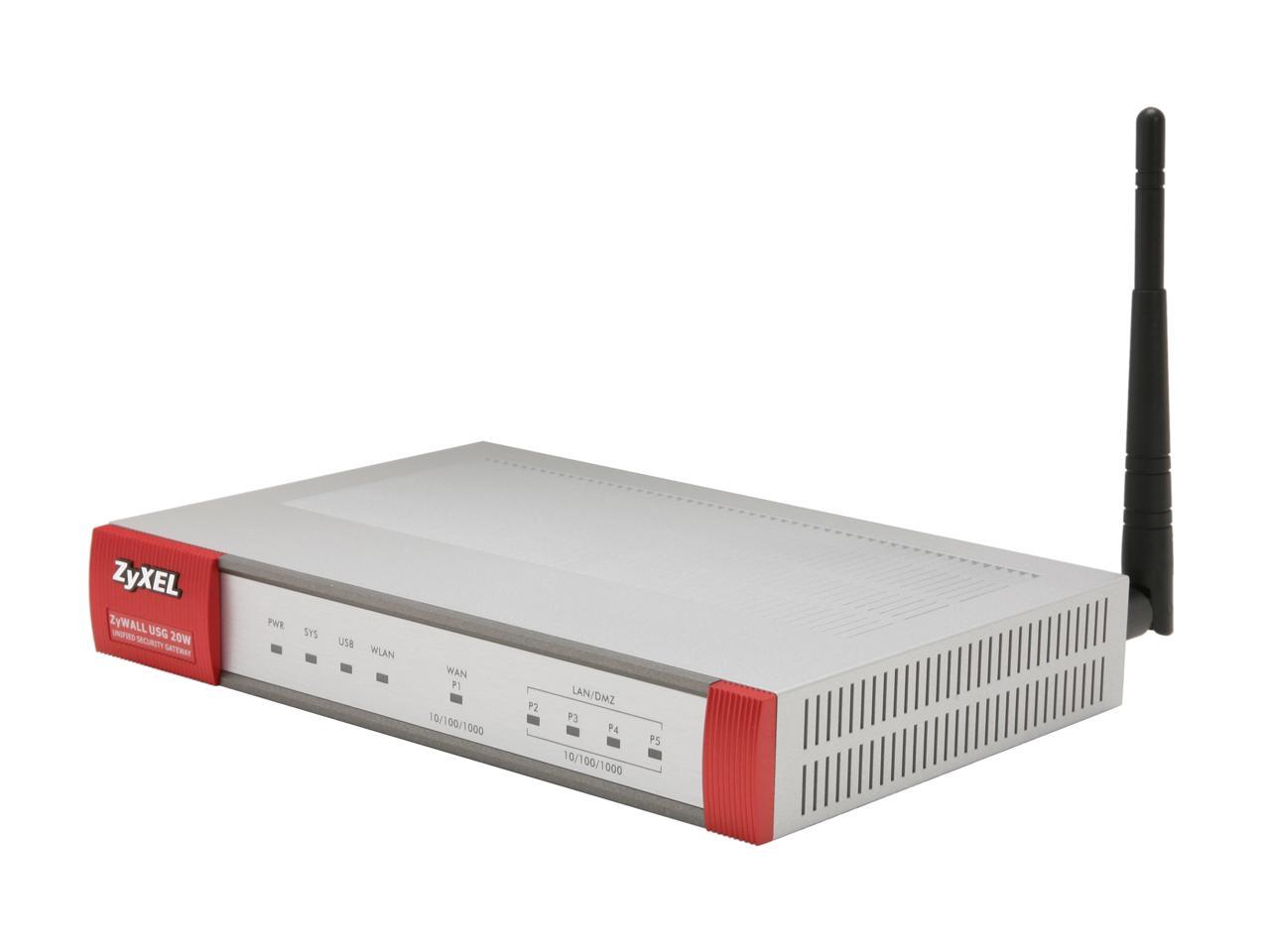 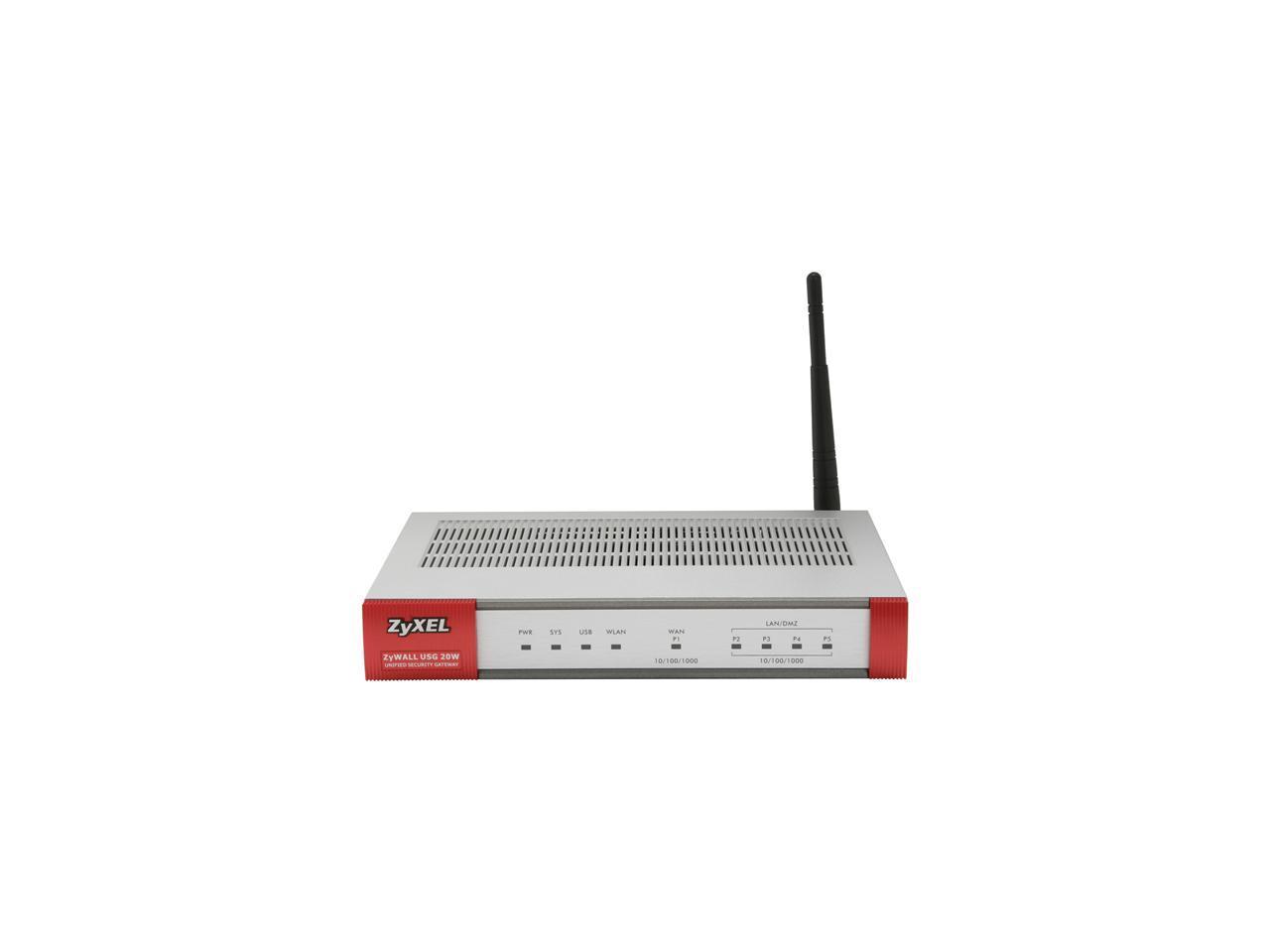 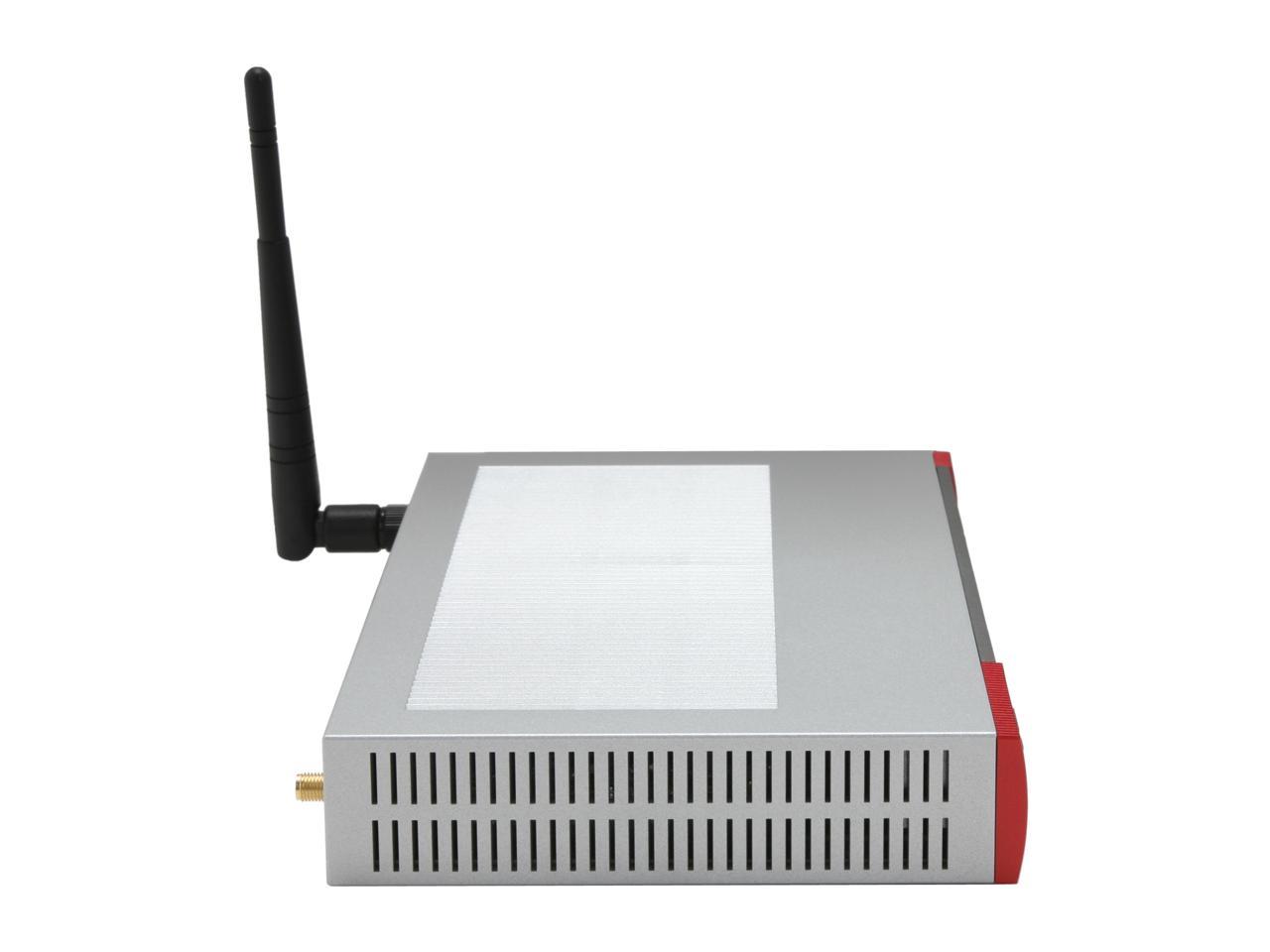 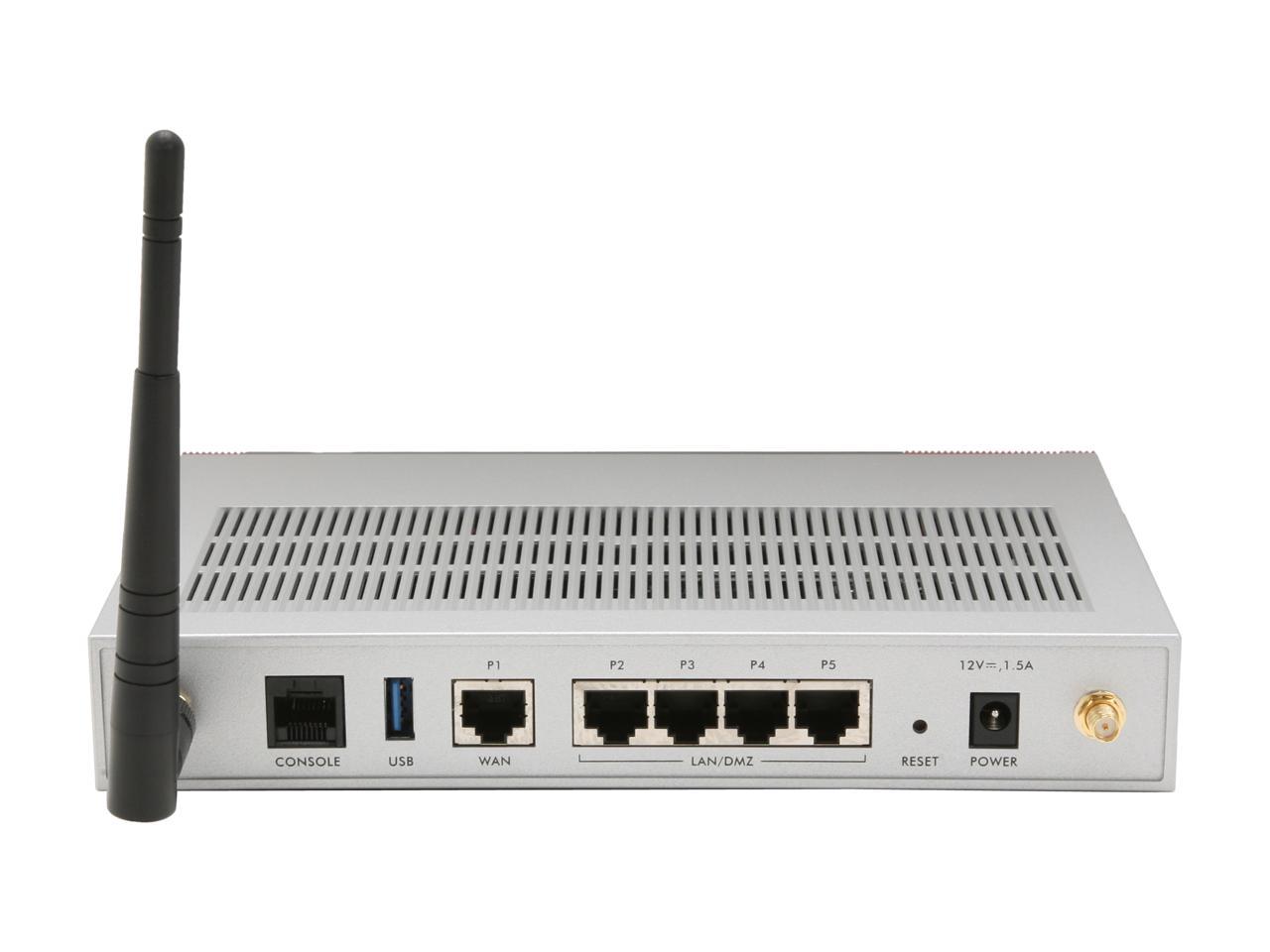 Learn more about the ZyXEL ZWUSG20W

Pros: As an update to my review posted several months back, the USG20W guy just keeps on trucking, consistently and reliably. Deployed in a home office environment for a client, a small business which really doesn't have the time or the first-hand knowledge to be troubleshooting their networking gear. They just need something that simply works and works well -- and that's exactly what you get with a USG -- provided, of course, that you've updated to a new enough firmware version. This particular unit has been working well on version 3.00(BDR.2)C0 for quite some time now. The only thing that seems to bring it down are occasional power surges, which plague the electrical circuitry of the old house where it's installed. If it were not for the surges, I would expect to see several hundred-day uptimes from this thing between resets - no joke. It's nice to have a mission-critical option at the ready for clients who demand it, but would prefer not to spend into the high hundreds or low thousands for Cisco, Juniper, etc.

Cons: The sheer magnitude of the interface along with its heavy browser weight is often enough to deter many novices -- myself included at first. It *definitely* takes some time getting used to, regardless of your knowledge level, as a first-time user. Once you get the hang of this thing, though, routine actions and deployments become much faster, if not outright automated (settings export/import, command-line, etc).

Overall Review: Reviewers who knock this thing for being too complex or having poor this or that (much of which is completely mitigated with proper setup) could perhaps gain quite a bit of insight by stepping back and understanding the level of device that they're getting themselves into here. This is *not* a consumer-class product series (at least it doesn't appear to be the goal with the USG series). As such, in the world of networking especially, newbies need not apply, or if they do, they must understand and be ready to invest the time into actually learning networking terminology, proper networking setups and how they are achieved with the USG. Once that is done, I would anticipate many 1-egg and 2-egg reviews would turn into 4 or 5-egg reviews.

Pros: Already noted by others - the hardware and firmware are first rate for the price range. The quality of the included's was better than expected (free console cable?, cat6 rated grounded patch?, etc). I am looking forward to seeing how this holds up as its going into a pretty harsh environment. I'll be sure to report back in a few months.

Cons: Fan noise is irregular. The noise is pretty quiet and most probably won't have this sitting on their desk - but if you are expect intermittent wind ups. irregular noises coming from the fan make me wonder if its thermally activated or just not operating properly.

Overall Review: I'm going to keep an eye on the fan - quite possibly working as intended.

Pros: So many pros here but just to name a few: All Gig ports, Gui or CLI, VLANs, Bandwidth management, VPN, WiFi (b/g/n), you can also get a manual on PDF from ZyXEL which is actually written in English with examples if you need to brush up on your inner-firewall-geek.

Cons: Only con I could think of was the 30-day trial spam/filter services. Of course if you price what they actually cost you will find why this $200 firewall only has a 30-day trial.

Overall Review: If you are not firewall savvy, you might want to look at ZyXEL's website and read the user manual first. If you can follow along I would defiantly recommend to get this firewall.

Pros: This is a highly configurable device. The wireless disconnects others report has not happened on either of the 2 usg20w devices that I purchased. Wireless 100% ok here. The interface is quite fast and the dashboard reports cpu and memory usage which comes in handy for me. Using and configuring multiple ssids is a very nice feature. I have connected multiple laptops and several android devices with no issues.

Cons: Casing is plastic. I like metal casing for network gear.

Overall Review: I have only had the my zyxel devices for a couple days but have had no issues with multiple continual network tests, wireless and wired. I set one of these up for a company 2 months ago and was quite taken with it. The company has not had any issues with their network since the purchase. The company does use the wireless connection on many devices. These usg 20w devices are not for people that want to plug it in and be done. Bridging lan with wireless for instance is quick and easy with advanced knowledge of networking but a novice would need a youtube video walk through. I really and still in awe of the object orientated configuration and capabilities for sub $200 device.

Overall Review: The case is super cool looking. All of my friends have impressed.

Cons: UI is fairly heavy for remote management if using a slow connection Enclosure is predominantly plastic, but I guess at this price I feel better knowing the bulk of the investment is going towards good internals and quality firmware

Overall Review: I've had this unit deployed in a home-office environment now for several weeks and it's been rock solid, serving 3 desktops, 2 laptops, 2 smartphones, a USB network drive, and a myriad of wireless guests. I'm not sure what exactly was causing problems in the setups of the previous couple reviewers, perhaps older firmware issues that have been resolved since the last few updates? Compared to the plethora of garbage I've used before (consumer-level stuff from Linksys, D-Link, Netgear, etc. just to name a few), it's finally nice to have something that just works reliably and has the processing power, flash and ram to be able to swallow up heavy network traffic and/or routing policies and not miss a beat. Basically, this a Cisco or Juniper for half the price with hardly any downfalls. Well done, ZyXel!

Pros: I really, really like this device. The through put is really great. I have myself, and my boys gaming...all FPS crew here and we never have any issued. Dashboard is easy to traverse. I am not crazy about the VPN configuration. I still need to mess with it to make it work....ughh.....my have to call tech support on that on ;0. As a tech I hate to ask for help, but it is a little weird. I am very pleased with it, and much less than any other appliance in it's field IMHO.

Pros: Great USG with *tons* of useful features...especially for the price.

Cons: Not for the uninitiated. As others have stated, look at the PDF owners manual first...this isn't your Grandma's home router.