Feel 100% satisfied with your purchase -- with no restocking fees & no return shipping costs* within 30 days of delivery. Learn More
Price Alert
Add To ListFound on 13 wish lists 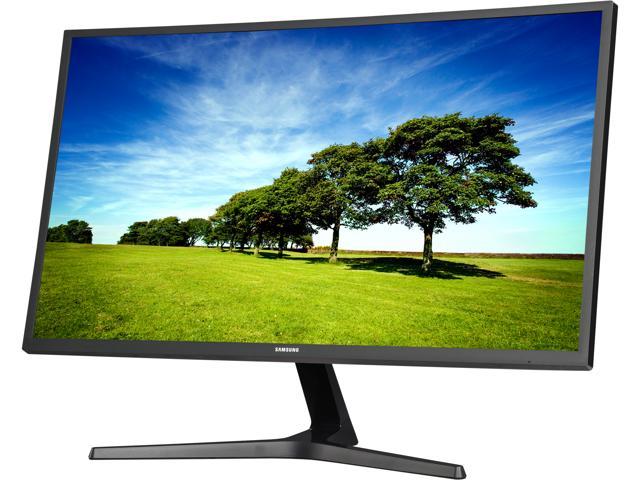 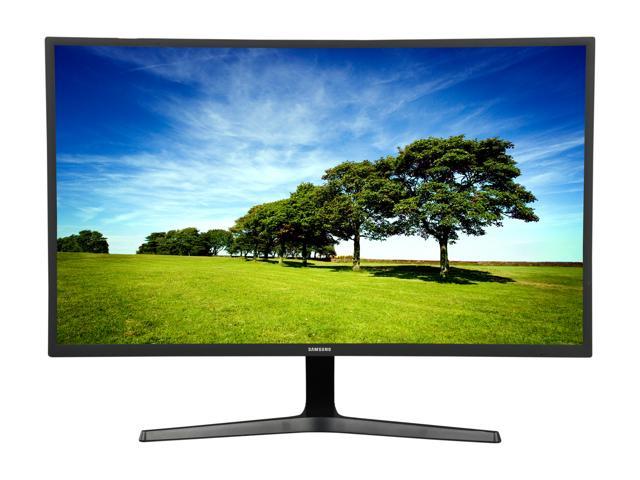 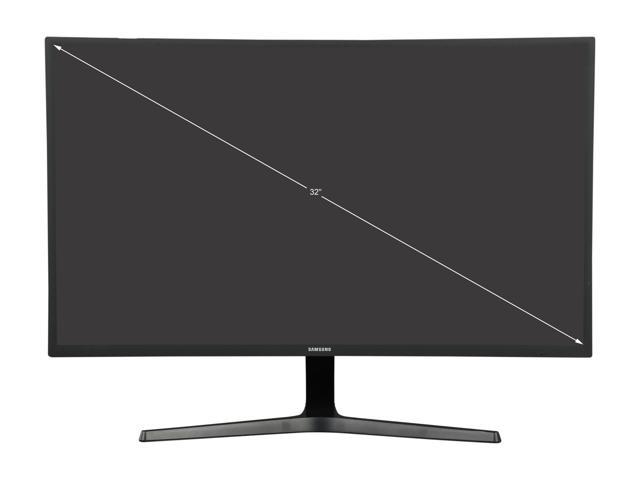 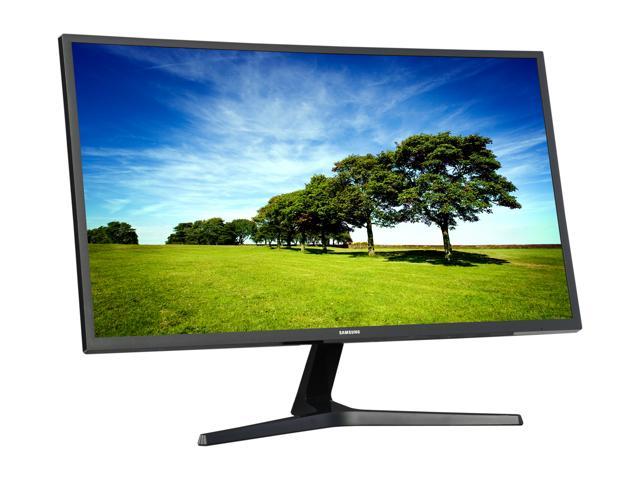 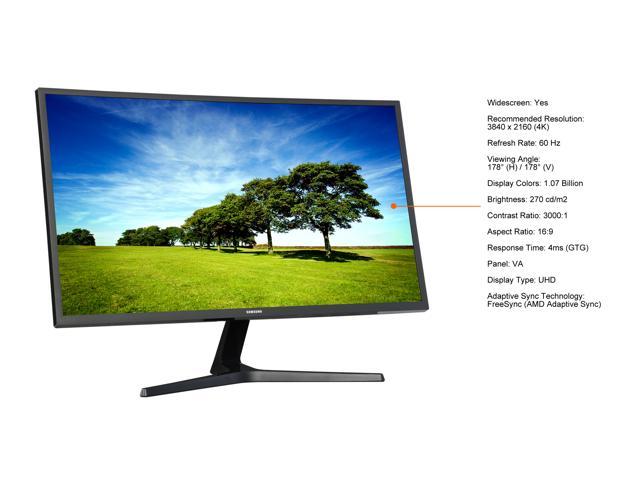 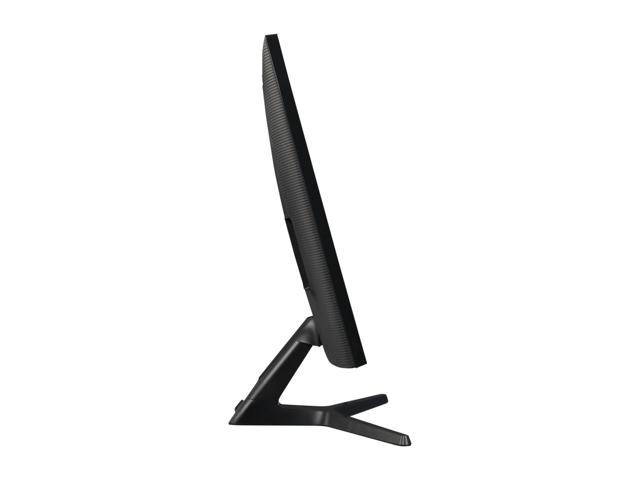 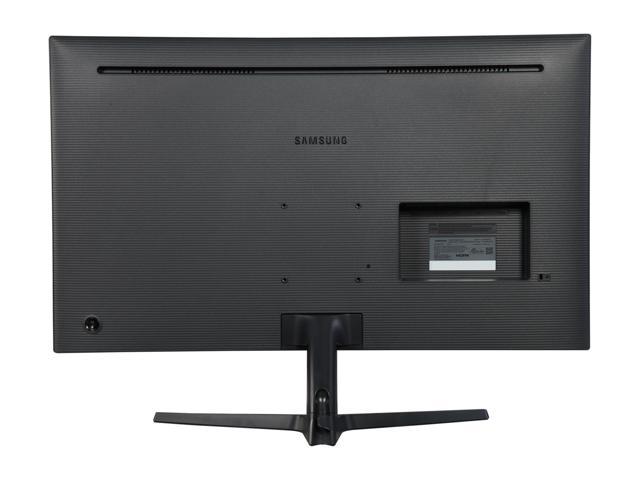 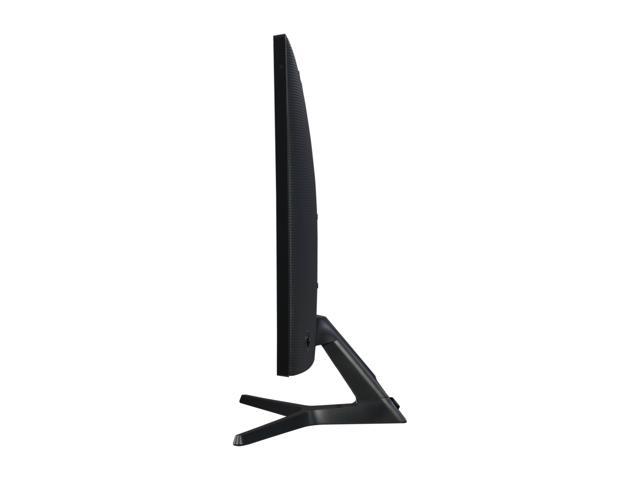 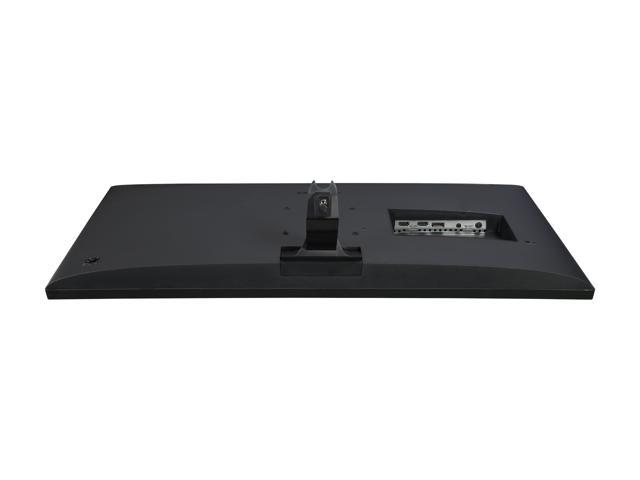 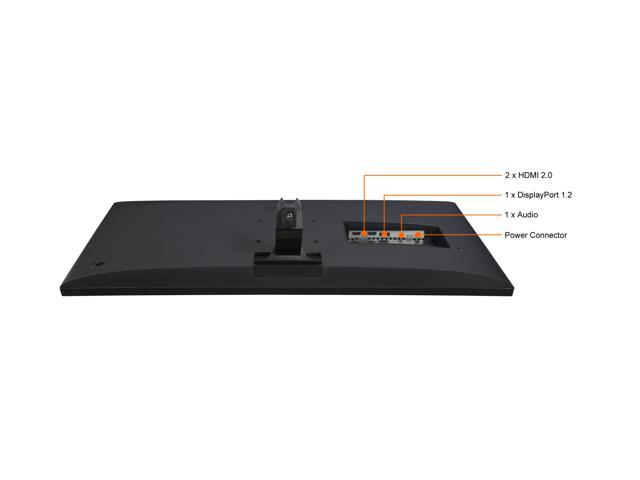 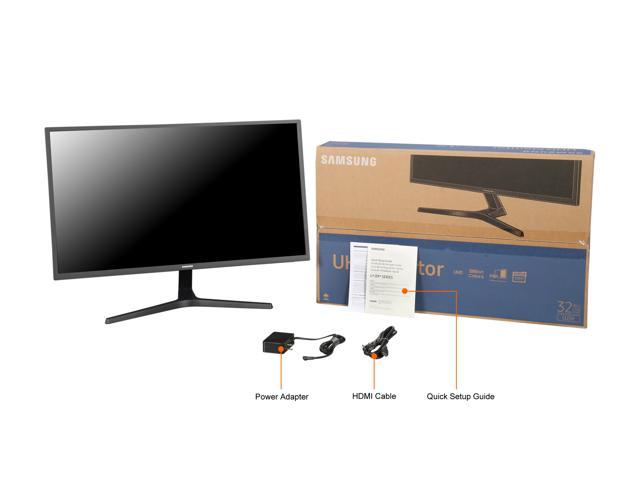 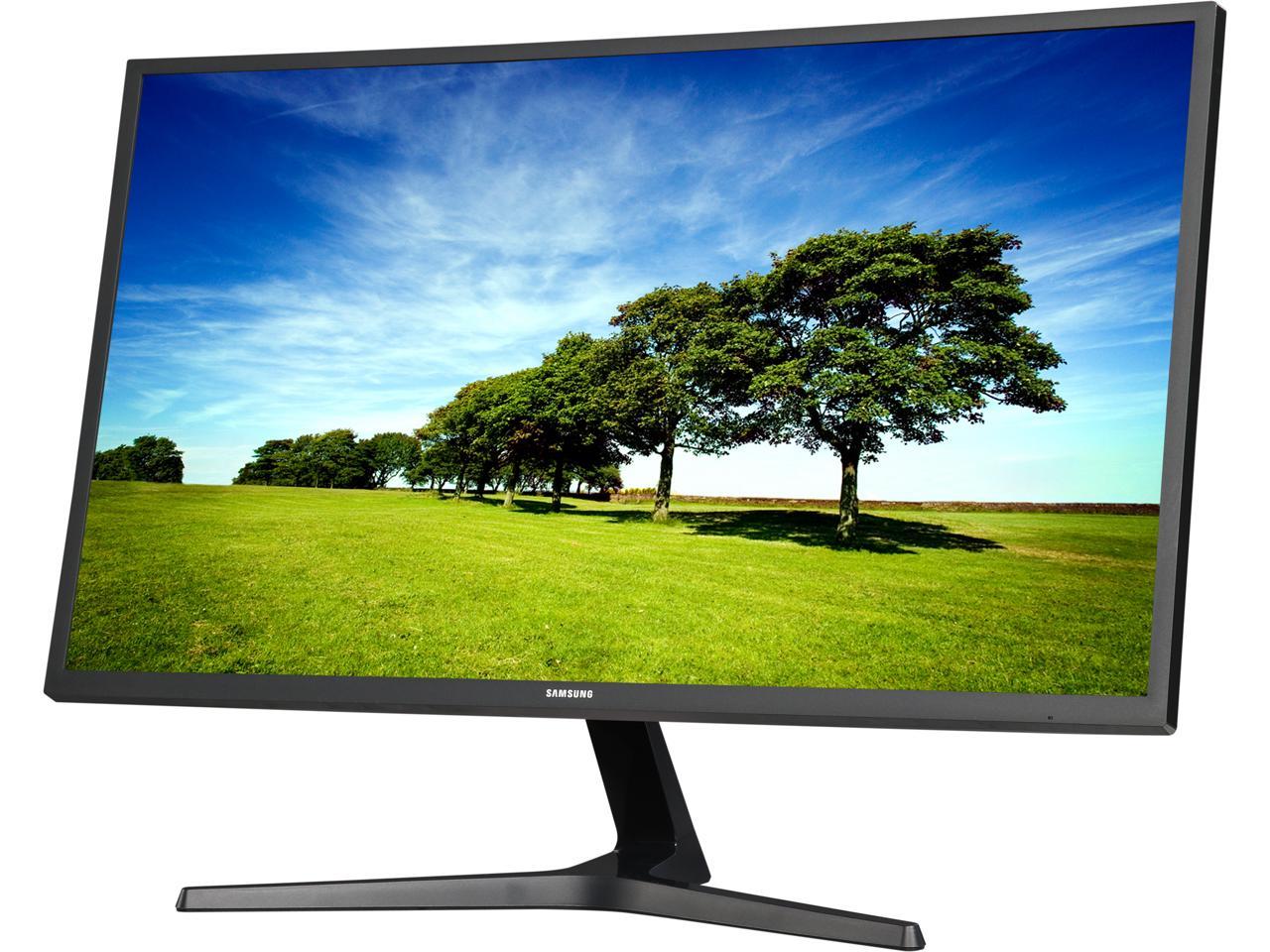 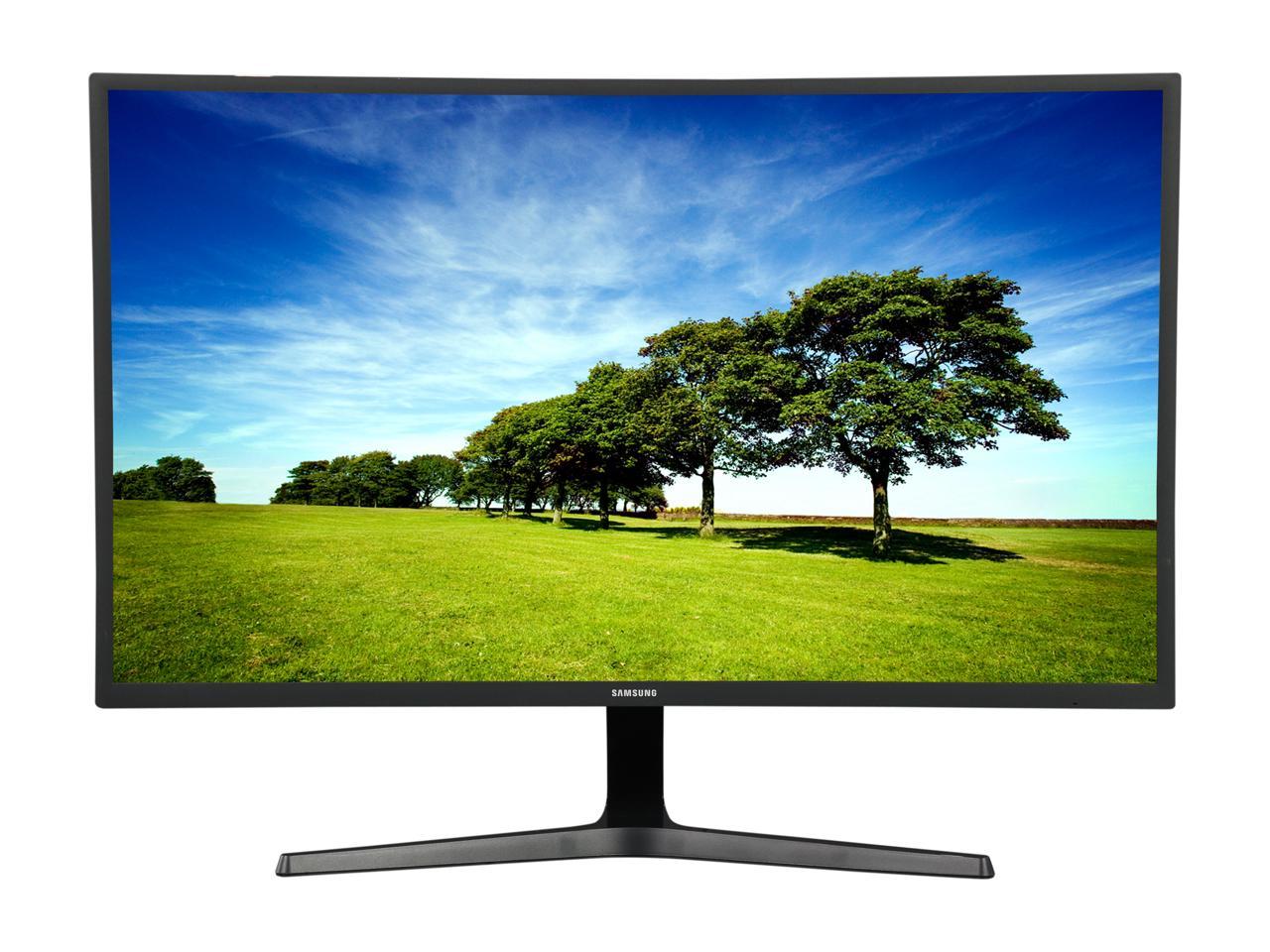 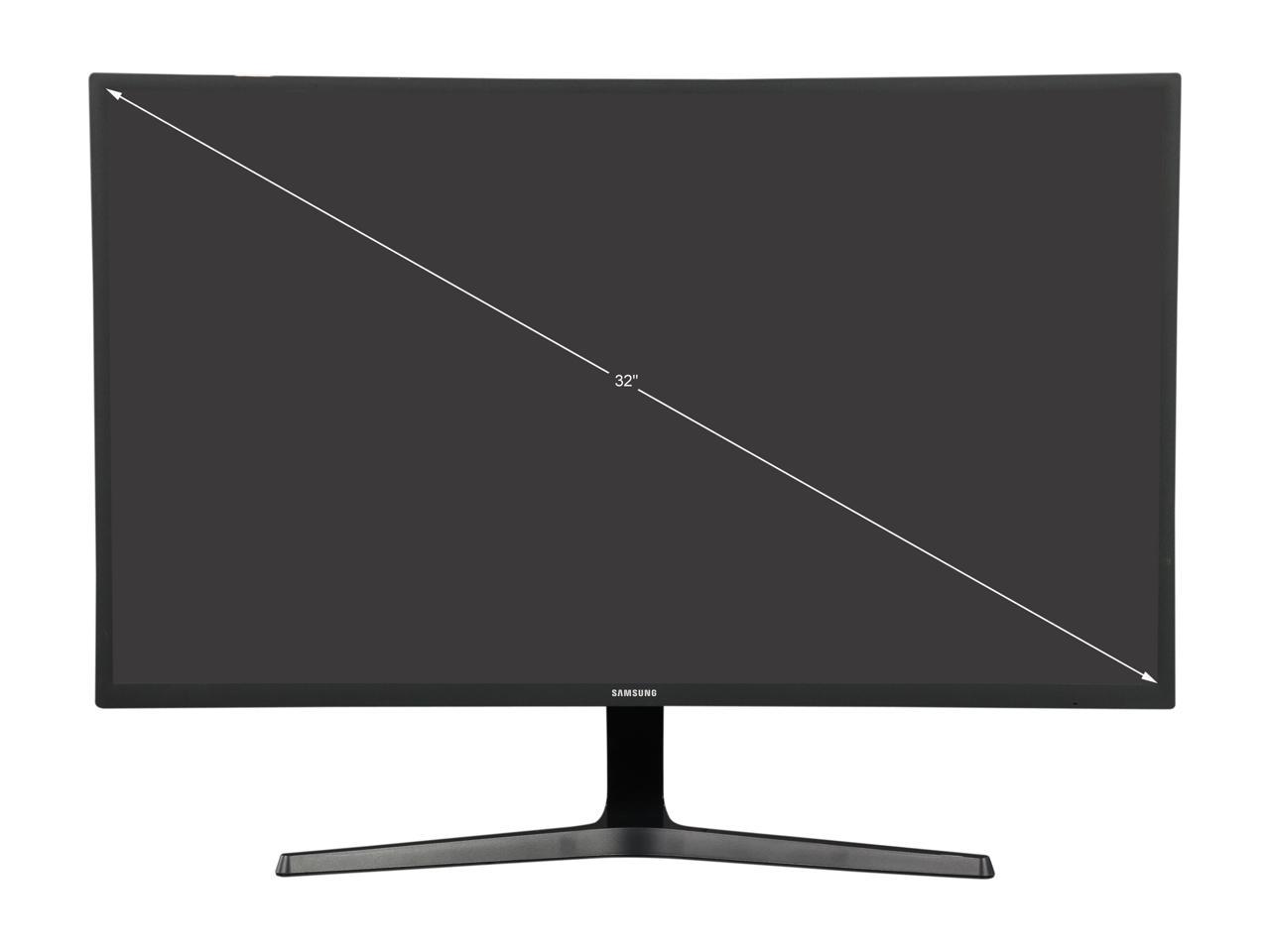 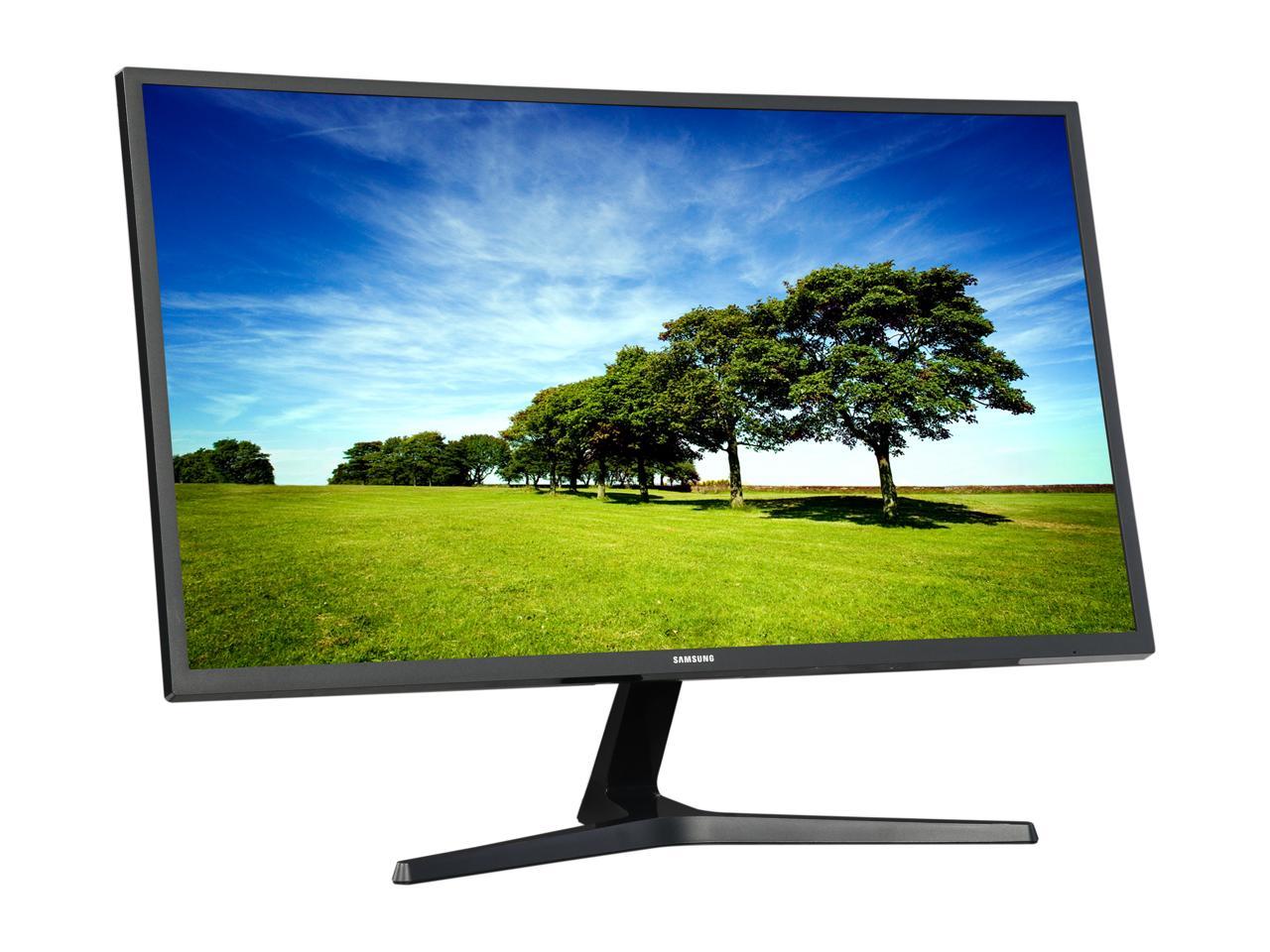 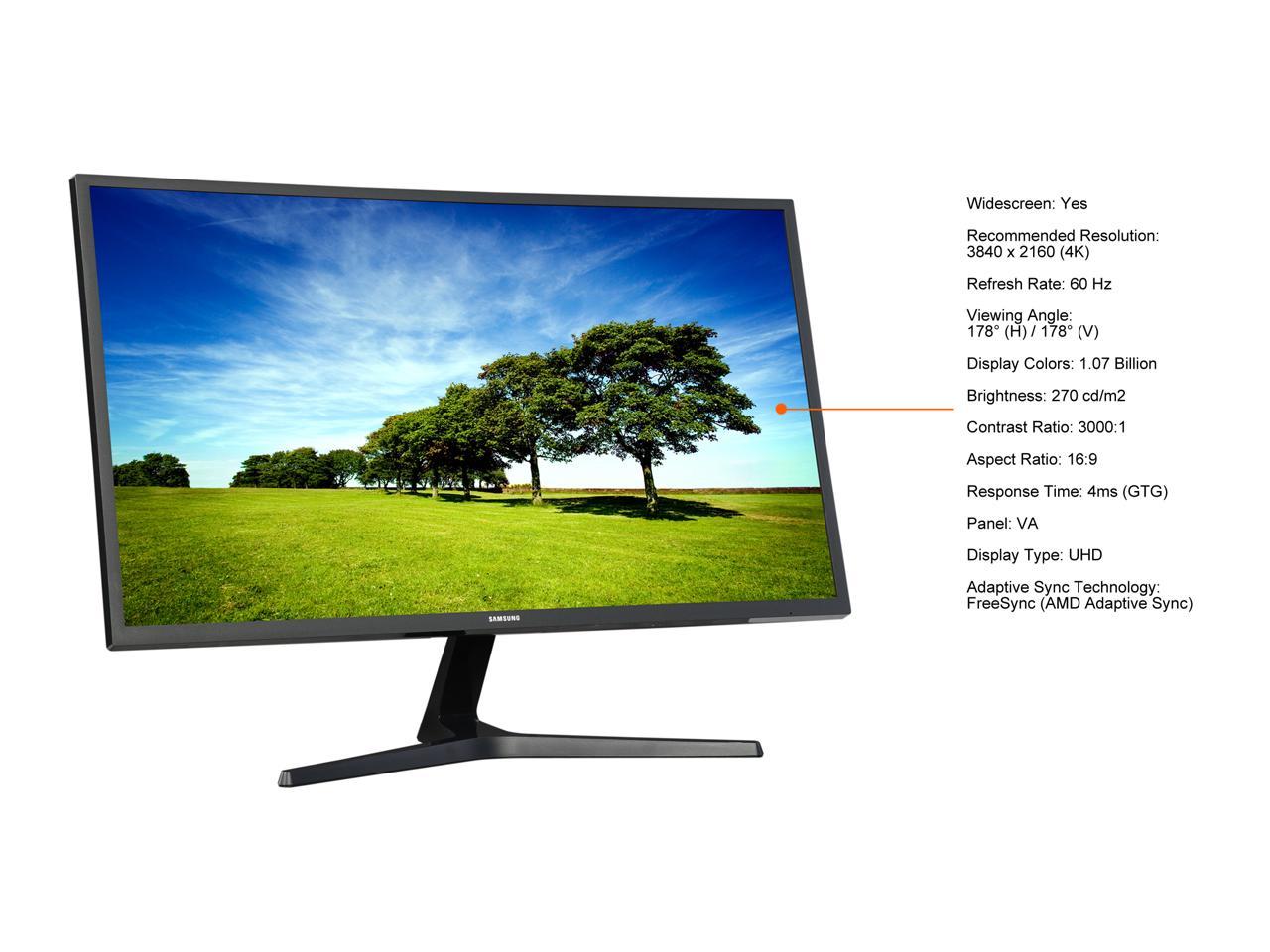 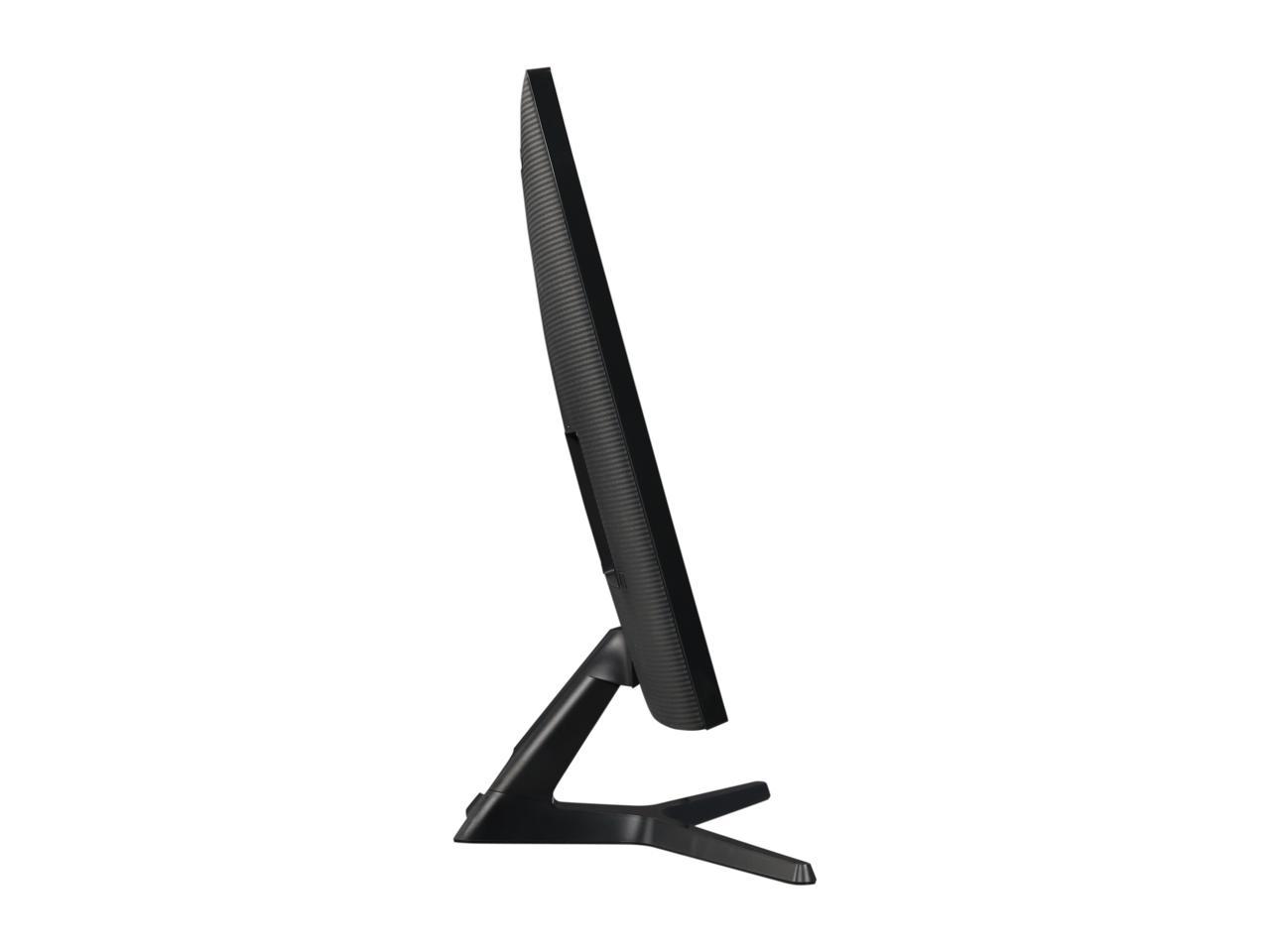 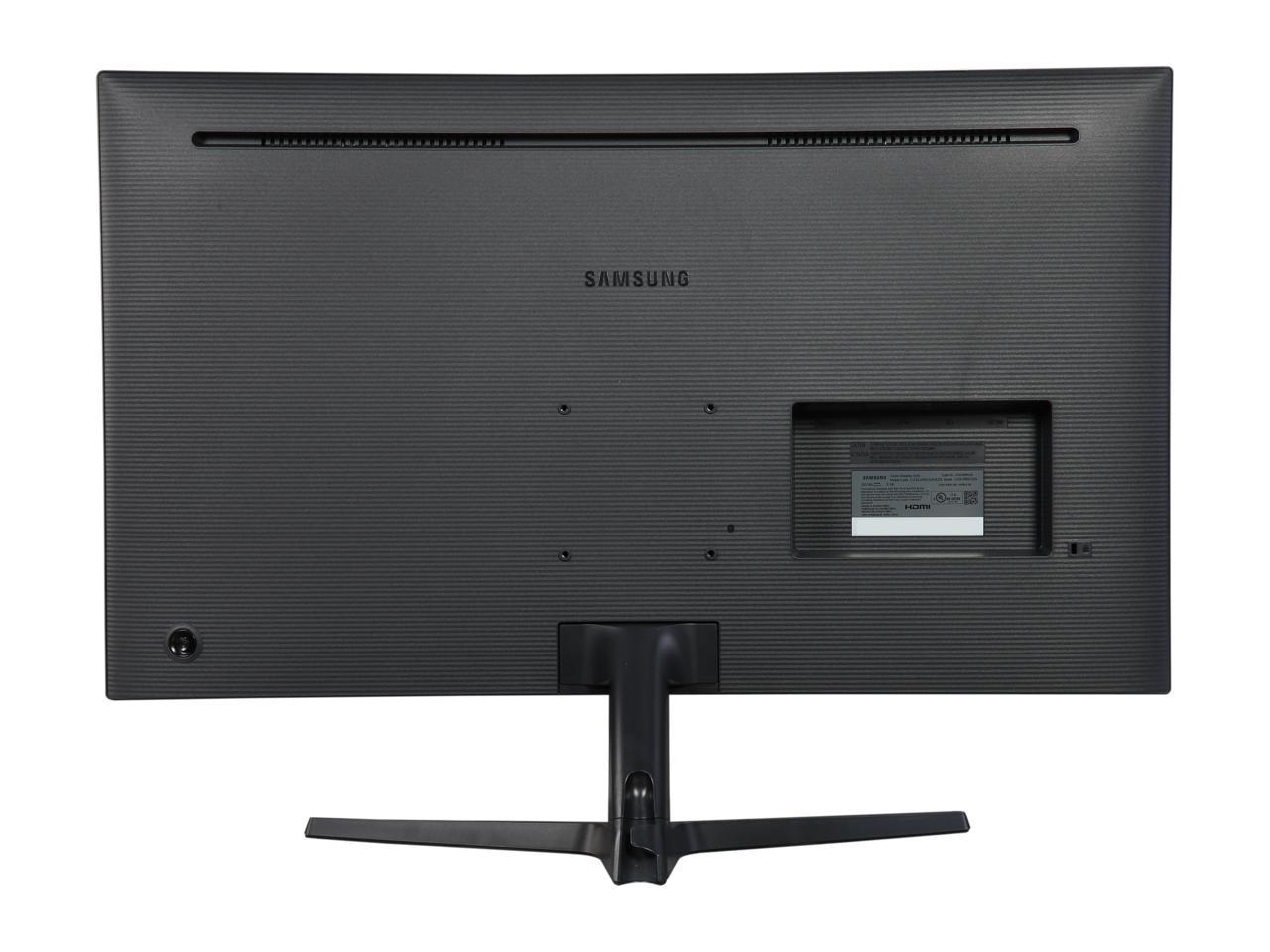 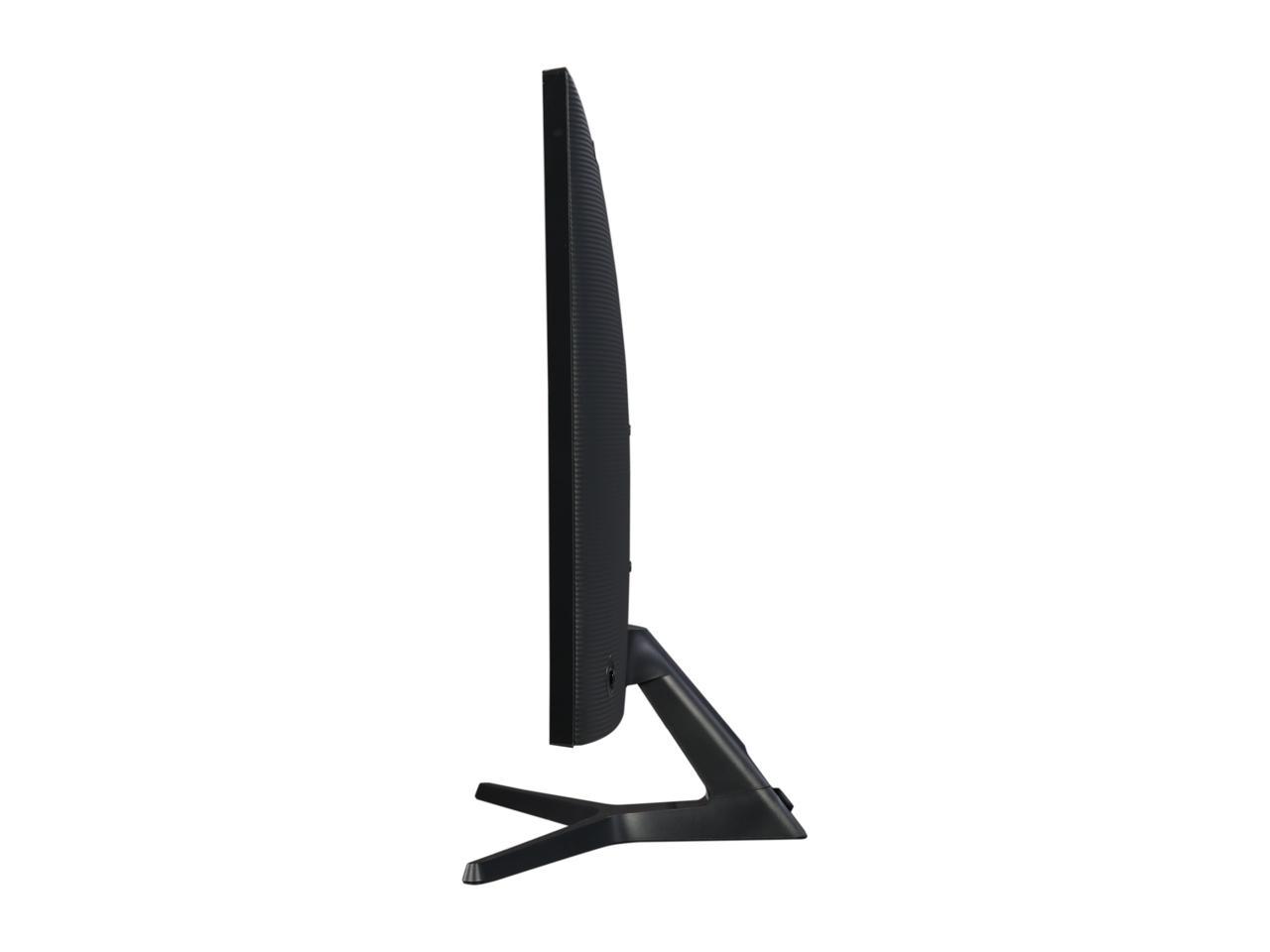 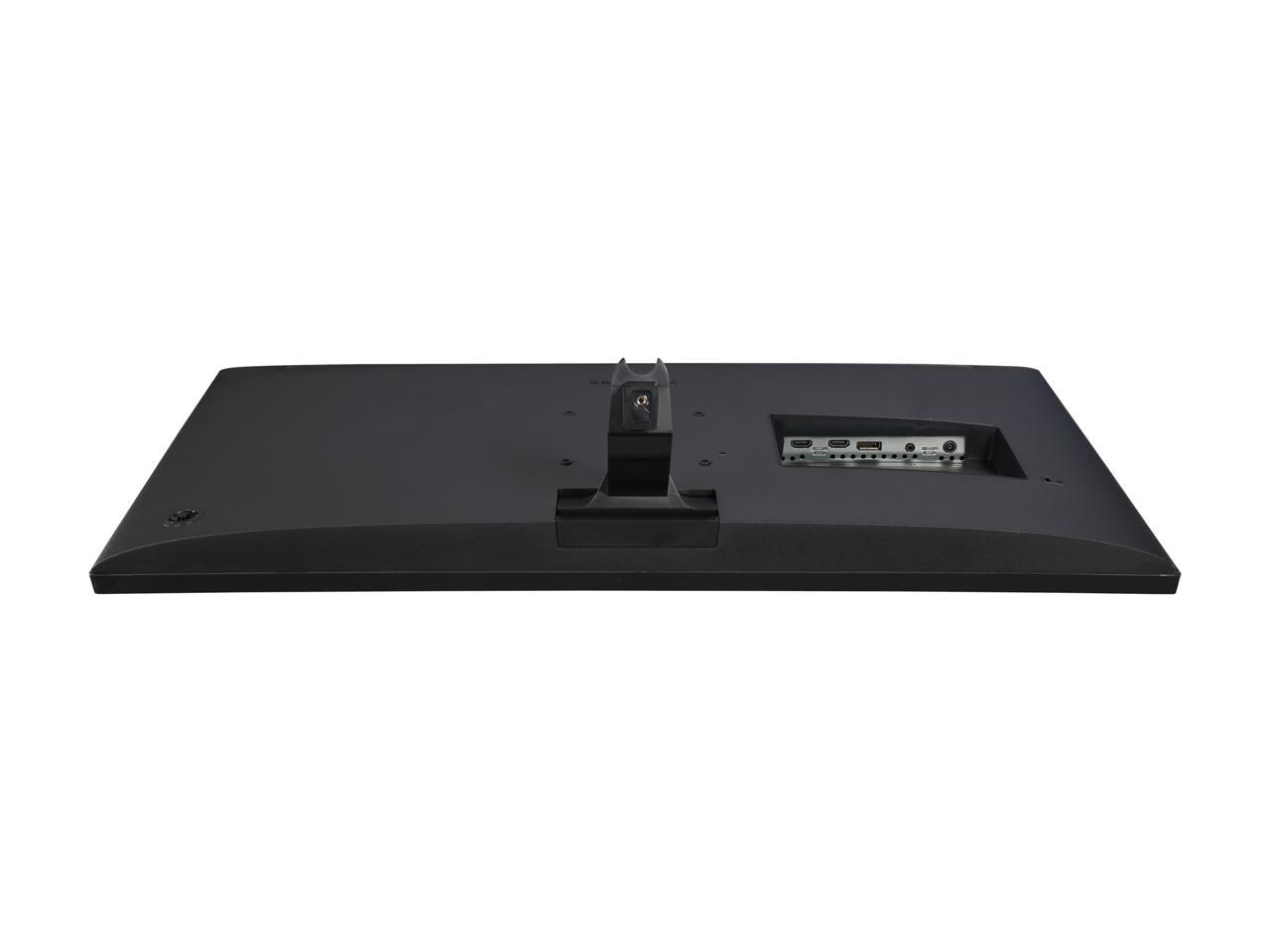 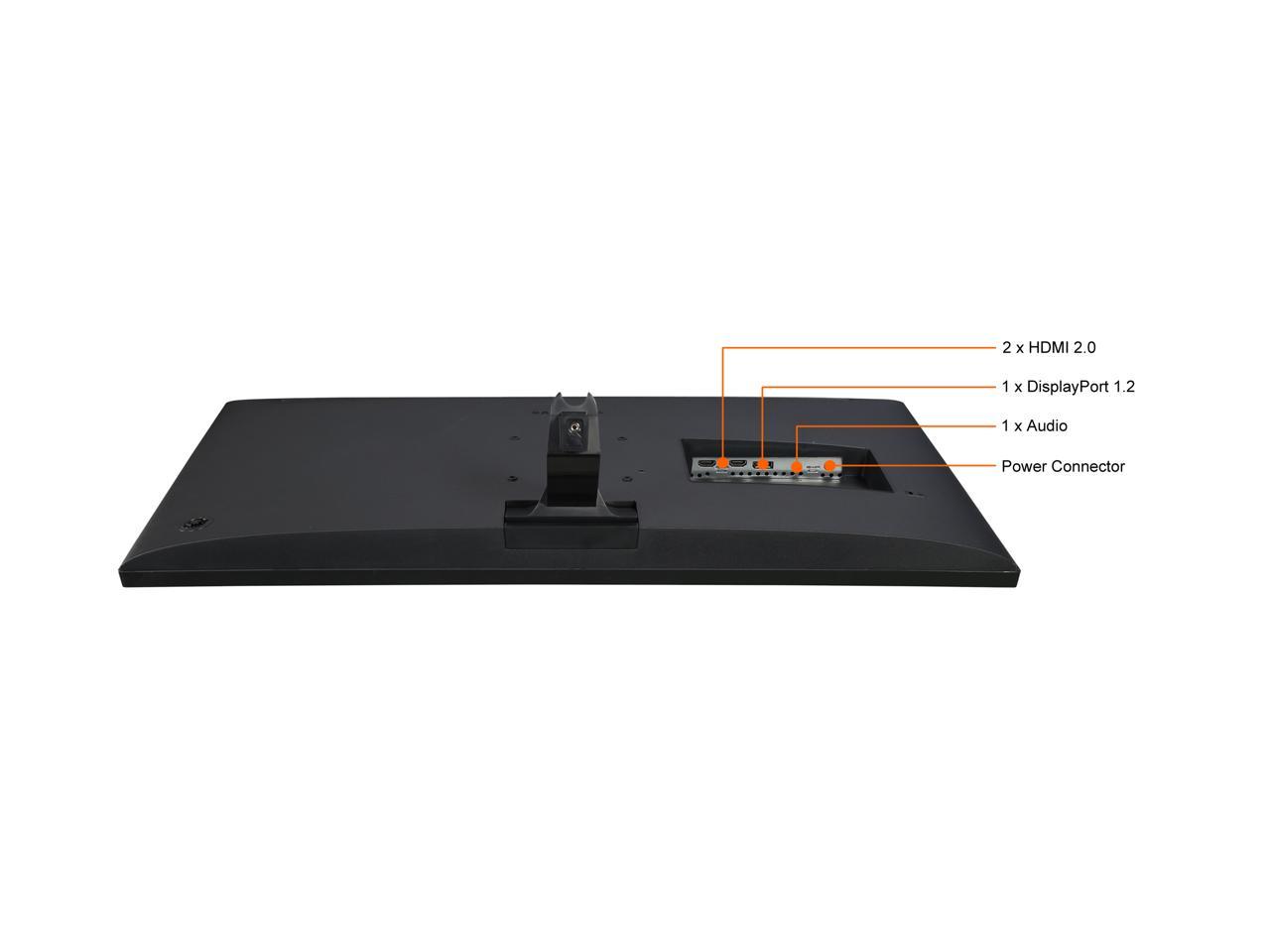 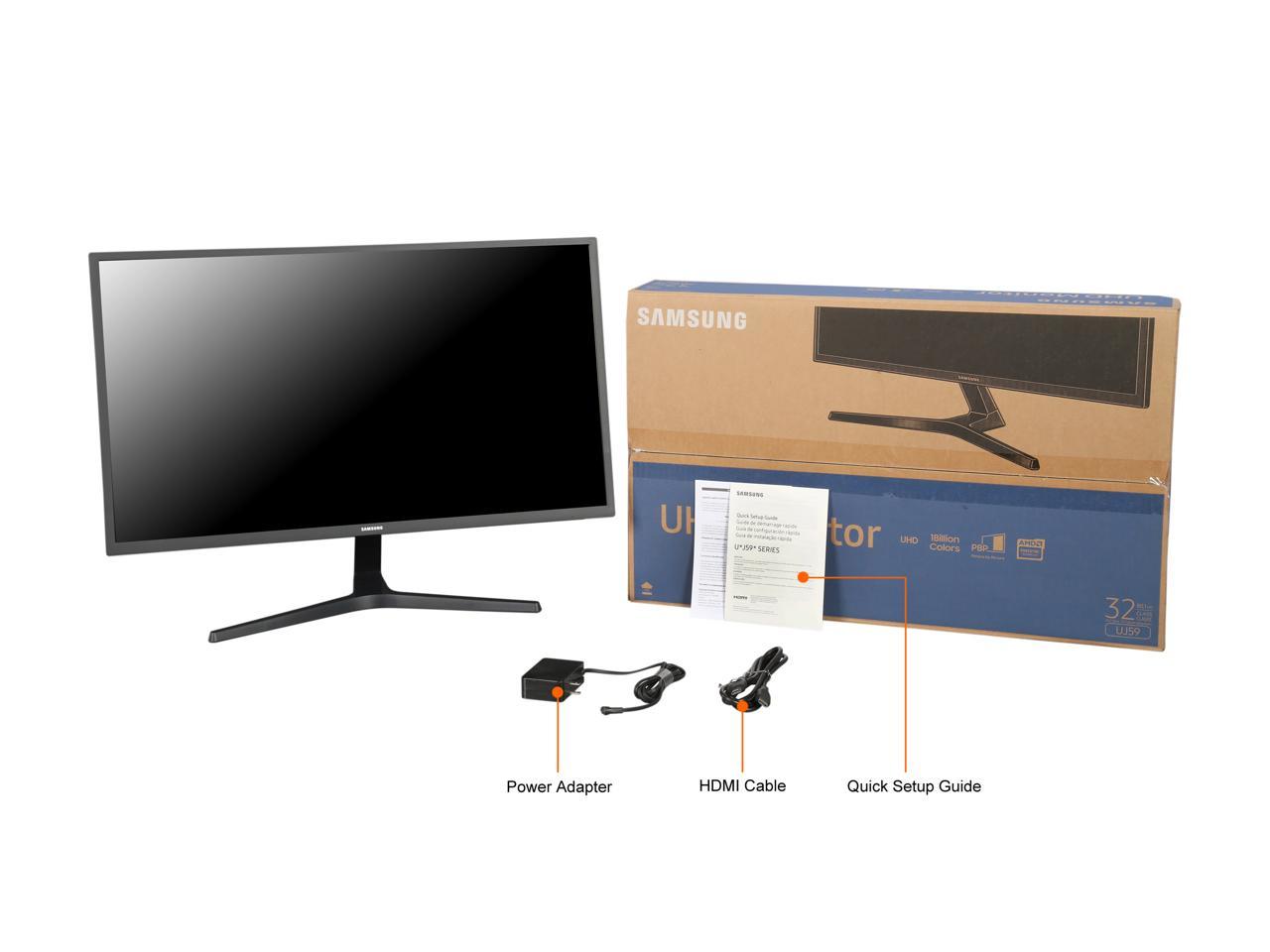 Learn more about the SAMSUNG U32J590

Pros: the monitor works as i expected. 4k 60hz and plug and play. all good

Cons: the joystick is fine for accessing the menu but would have prefered a separate power button. its a bit of a pain to reach back behind it and navigate through the menu to turn it off. the stand sits up very high. 4+ inches off the table. on a standard computer desk it is sitting above centered eye level significantly. might look for a universal mount to use the wall mount holes to lower it on the desk or make my own stand.

Overall Review: for the price it does everything i would expect it to do.

Pros: Matte finish display. Uniform color and brightness distribution. Bright. Night (called eye saver) mode. Easy setup. Very sharp. If your desk configuration allows for only one monitor, this one has enough pixels to have two apps up at once giving approximately the same productivity as a two-monitor setup.

Cons: Non-persistent menu makes troubleshooting difficult if setup isn't working. Doesn't give clear indications to help in troubleshooting if you have a problem. Short signal detect interval gives no warning about signal status.

Overall Review: I read in other reviews that the 60Hz refresh rate requires connection to HDMI port 2. After I put it together on my desk, I plugged the supplied HDMI cable into my desktop, which has a new NVidia GEForce GT1030 graphics card. No signal detected. Using the menu on the display, I set it to HDMI2, but no signal was detected. So, I plugged it into HDMI port 1 on the monitor and tried again. Weird. Next I plugged it into a laptop using a different cable that has HDMI on one end and Display Port connector on the other. That worked immediately. Next I chatted with Samsung support. After I told them that it worked with the laptop configuration, they told me that the problem seems to be my graphics card on my desktop. That graphics card is only a few months old and I've been using it just fine on my old monitor using a DVI cable... Then I remembered that I had a DVI to HDMI cable. I tried that, with the DVI connector on the graphics card and the HDMI connected to port 2 on the monitor. That worked. Either the HDMI cable supplied with the monitor is bad, or for some reason the graphics card does not autoswitch, which seems unlikely. Anyhow, after 45 minutes and three different cables, I got it working. I really like this monitor.

Pros: Easy to setup with rear 'joystick'. Wide range of control to get good picture color. The smaller type is fairly readable for this old guy, glad I got this size (31.5") rather than the smaller 27" and 29".

Cons: Not really a con, but in order to utilize the 60hz refresh rate, I had to purchase a video card (Sapphire Radeon NITRO+ RX 580) that speaks HDMI2. https://www.newegg.com/Product/Product.aspx?Item=N82E16814202293

Cons: - Although the monitor supports a DisplayPort, it only came with an HDMI Cable

Pros: It's a Samsung, which means they make great monitors and TV's and this monitor upholds that reputation. It's bright, sharp, good 'blacks' and cosmetically attractive.

Cons: The AUTO SOURCE DETECTION function (there are 2x HDMI and a DisplayPort connections on this monitor) does NOT work. You have to use the physical button that brings up the monitor's menu, then navigate to the Source selection function to trigger the Source Detection to engage. Seriously?

Overall Review: This is my umpteenth Samsung monitor since they started manufacturing LCD/LED/etc., monitors (meant as a compliment). Samsung monitors are the best out there IMHO. That said, this particular model, someone at Samsung dropped the ball on the AUTO SOURCE DETECTION function that you have to manually engage the function via the monitor button for it to work!?!? For those of us that have multiple PC's, the AUTO SOURCE DETECTION function of a monitor is an important function. Having to physically use a button (& navigate bunch of menu items) every time I want to change the PC source is annoying at best and at worst, will wear down that button's life.

Cons: - The display lag is bad. I've tried multiple connection options and cables, HDMI, DP, all have the same delay that is very noticeable with a mouse or while typing. It would be unusable for gaming.

Manufacturer Response:
Daniel K. , I am very sorry for the display lag issues you have encountered with your U32J590 Monitor. I understand the frustrations and the inconveniences this has caused. I ask that you please contact Samsung Customer Support so that we can better investigate your issue and assist you towards a resolution or replacement. We can be reached by any of the following options: 1) Toll-free calling: 1-800-SAMSUNG 2) LiveChat or Email: https://www.samsung.com/us/support/#contact_us_for_support 3) Facebook Messenger: http://m.me/samsungsupport 4) Twitter: https://twitter.com/messages/compose?recipient_id=18768513 Samsung stands behind the quality and performance of every product we manufacture, and we back Samsung monitors with a 1-year manufacturer's limited warranty, if purchased brand-new directly from Newegg.com or any other authorized seller. We hope to hear from you soon. ~Samsung Solutions
Franklin F.
Ownership: 1 day to 1 week
Verified Owner
It's a great monitor for the price. One caveat...7/31/2018 12:00:04 PM

Pros: Inexpensive, especially for the resolution. It's sharp and crisp. It has the vesa mount which I use instead of the stand. It has both HDMI (2) and Display Port.

Cons: Viewing angle is extremely limited. If you're not looking straight on, then it becomes a little washed out--which poses a slight issue because it's so wide, the edges become a bit faded because of that angle. Its brightness out of the box is way to high. Even when I adjusted the settings, it just seemed murky after it was calibrated.

Overall Review: A good "work" monitor. I would not recommend it for raster or graphics/photo editing. I also wish the power was a standard cord and not a separate power supply. I would have gone for a little more thickness to have that built in.

Pros: 3840x2160 resolution is awesome. Auto-detection of the two HDMI inputs works well. The joystick control is novel, well hidden from view yet easy to find and use. Packaging was good, and assembly was minimal and easy.

Cons: The stand extends way behind the monitor, for no reason that I can see. This means I can't push the monitor as far back against the wall as I'd like.

Overall Review: Highly recommended monitor, as long as you have a graphics card that can support such a high resolution. I use it for engineering work where a large screen is useful for displaying a lot of information. I don't use it for gaming or artistic tasks, so I can't evaluate how well it would be suited for those. I have it hooked up to my home PC and a work laptop, so the two HDMI inputs and auto detection are very helpful (takes two clicks of the joystick control to initiate auto detection, and it may take several seconds to switch over).