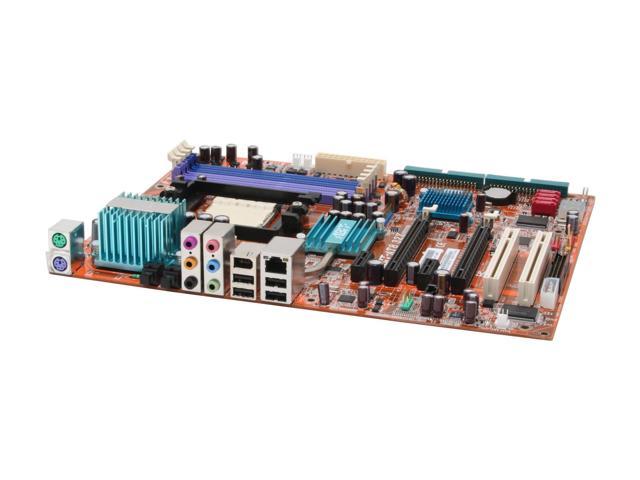 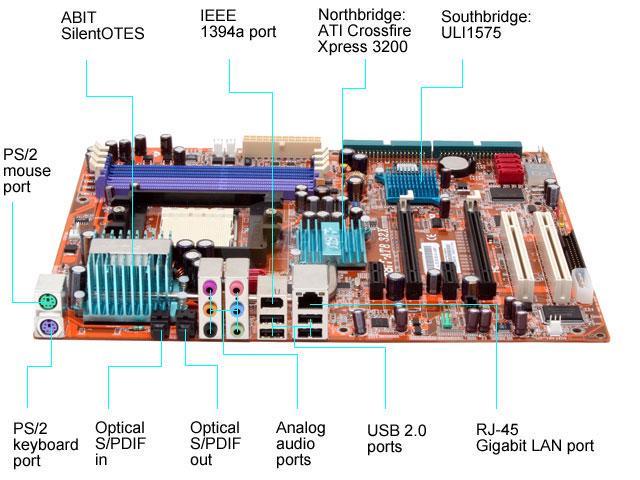 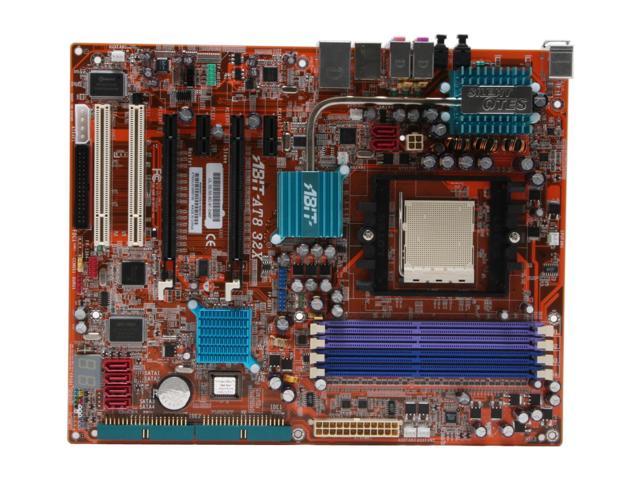 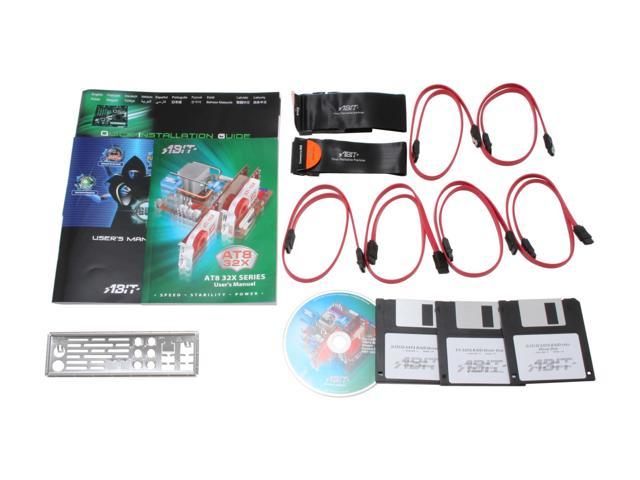 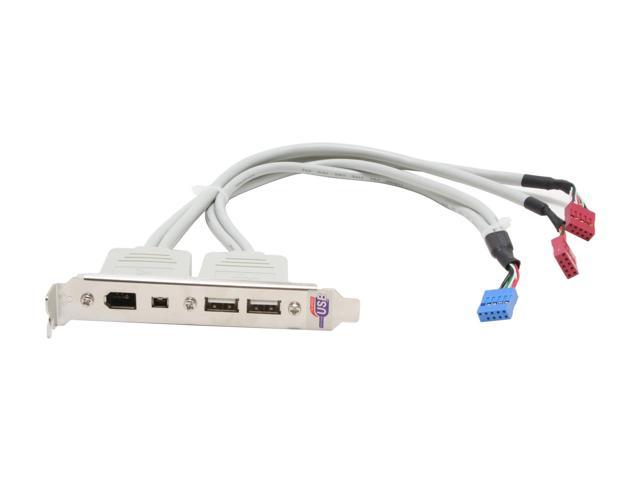 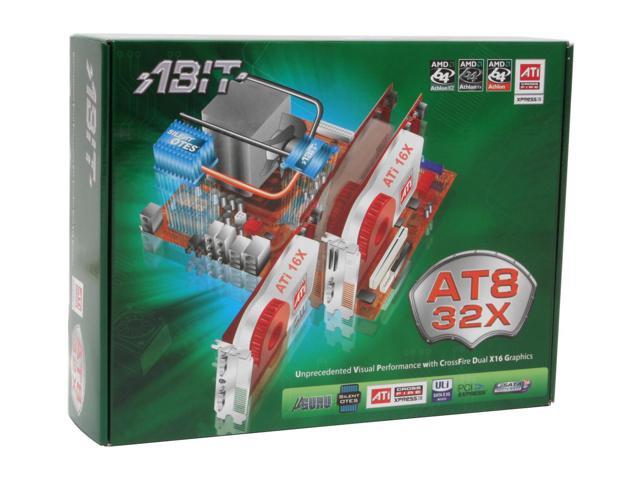 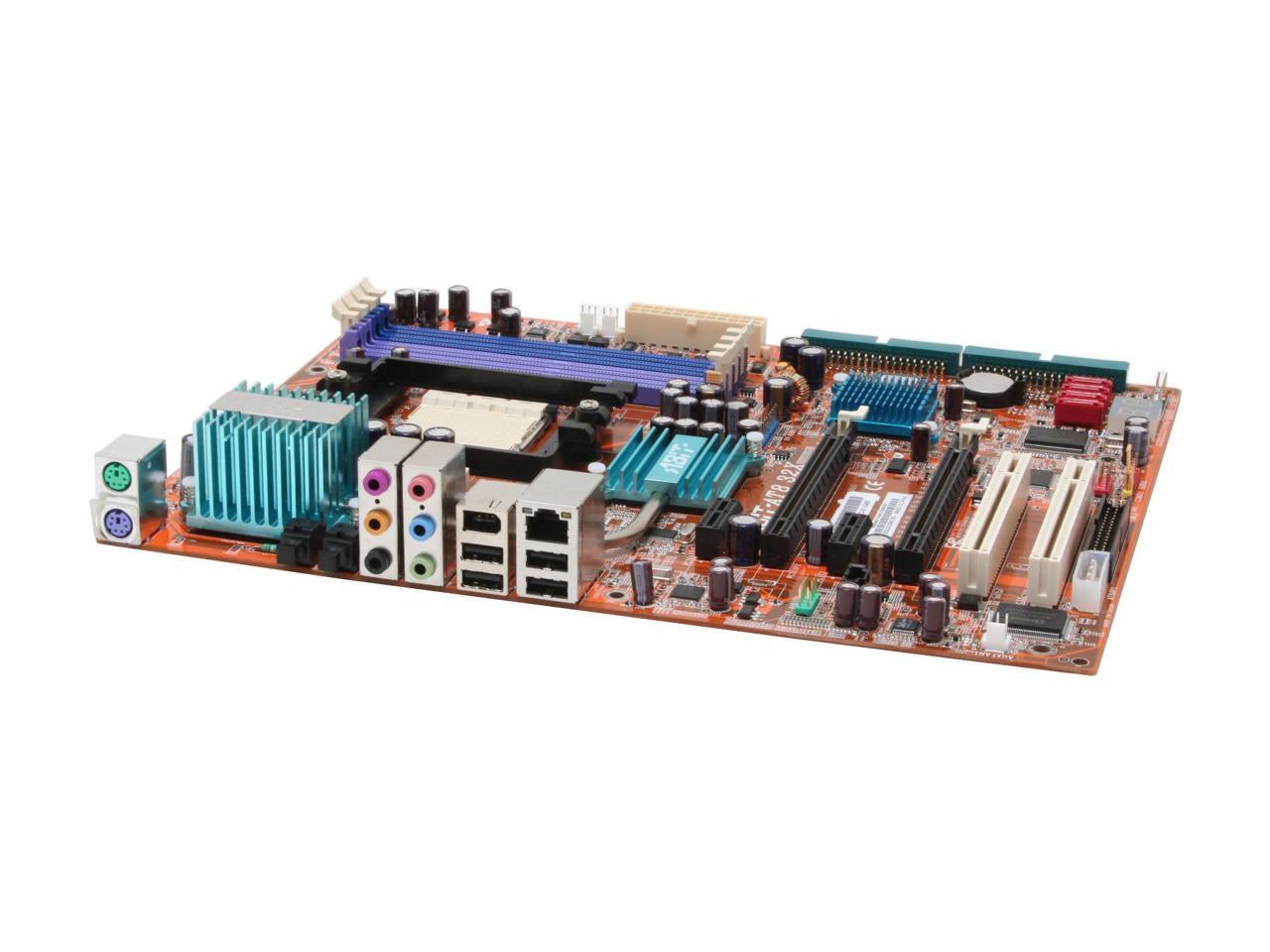 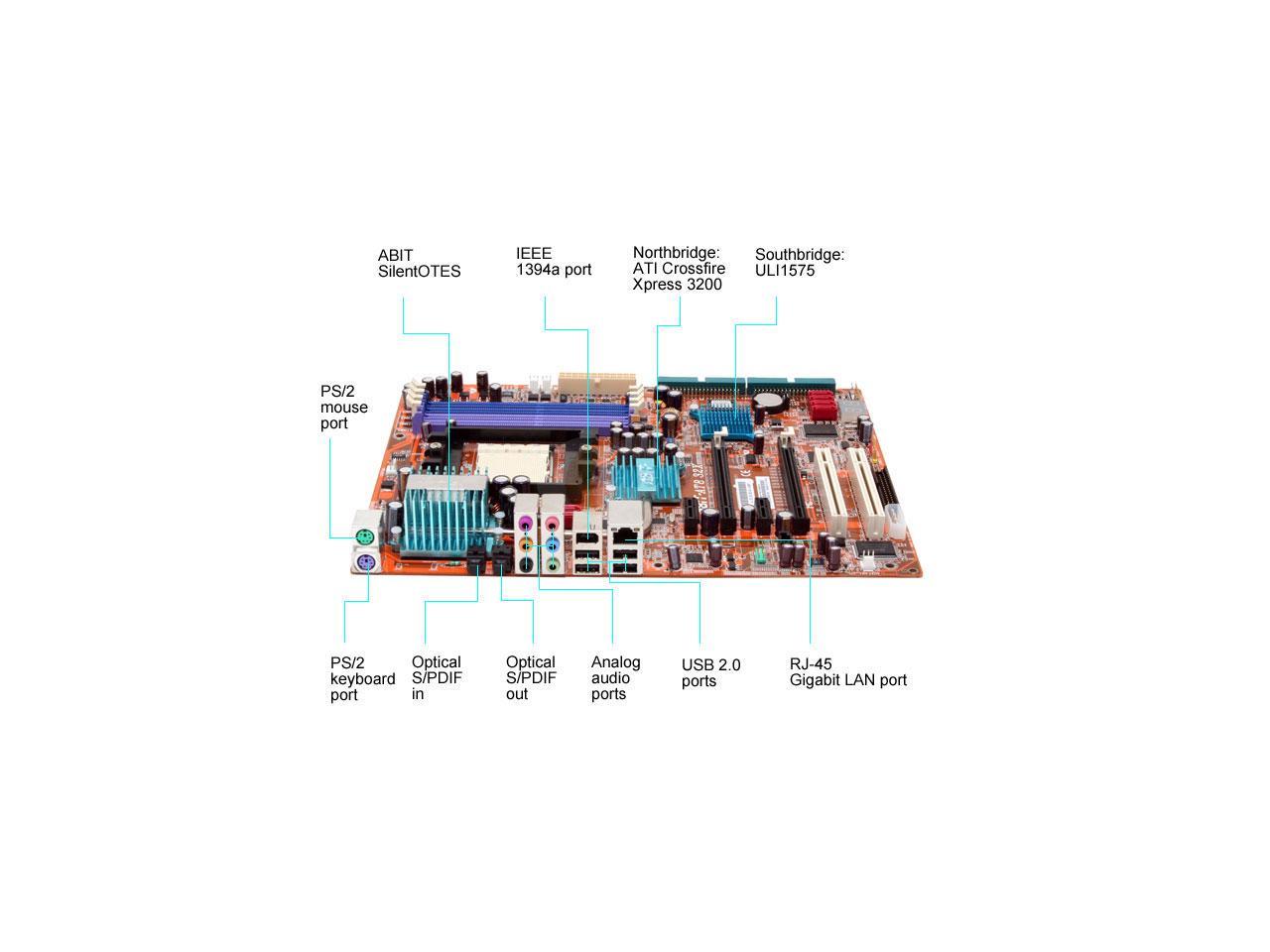 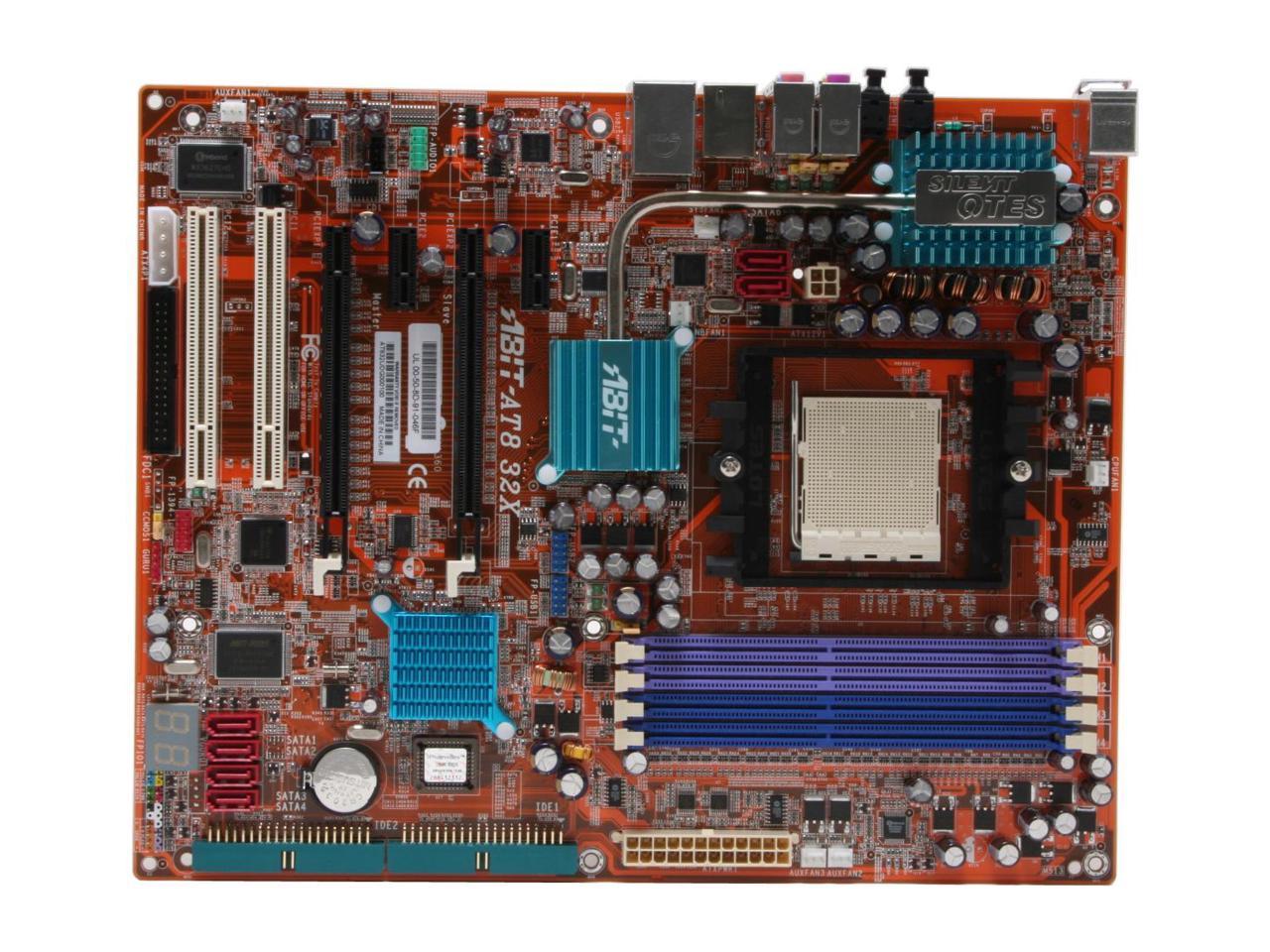 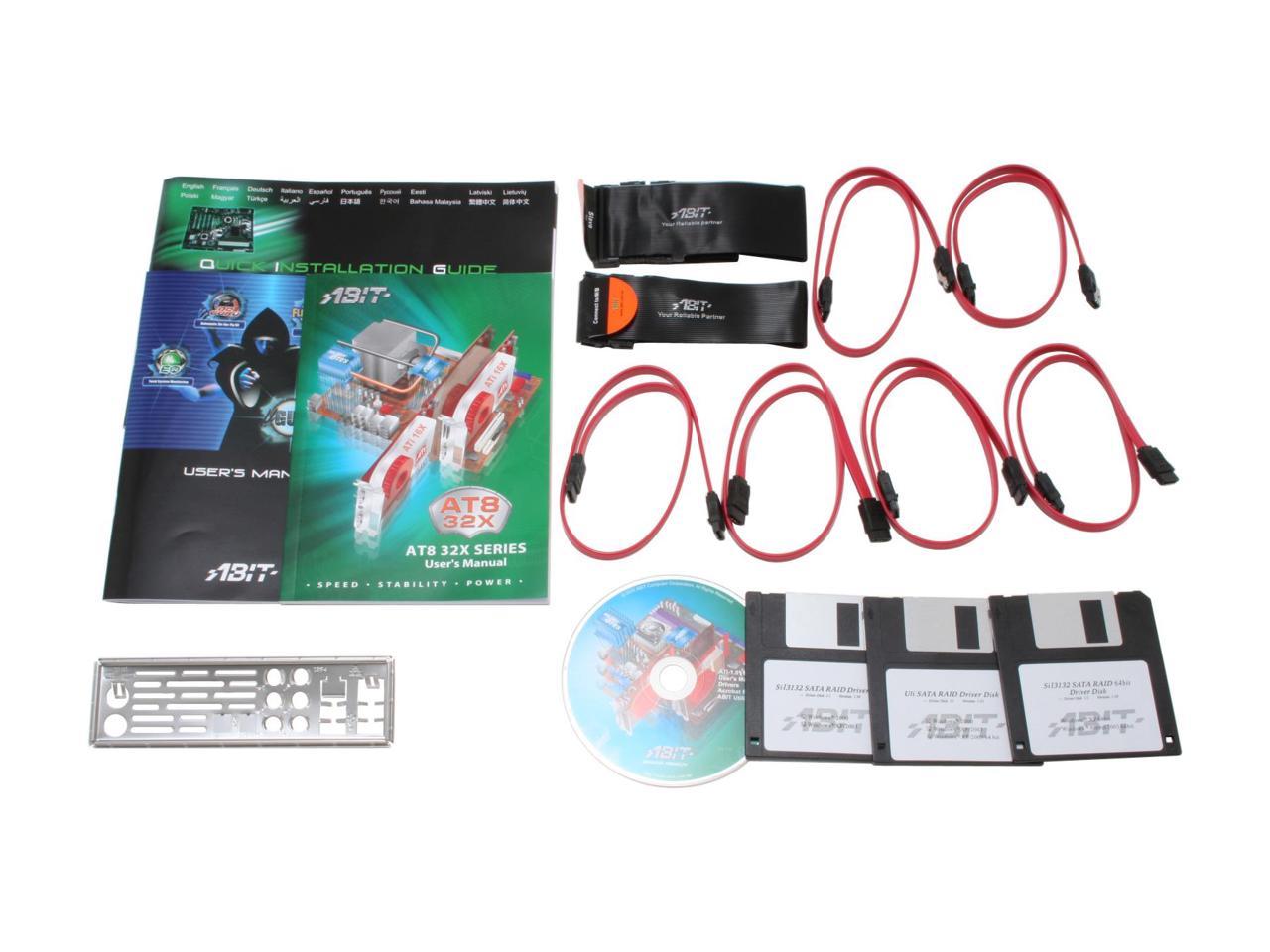 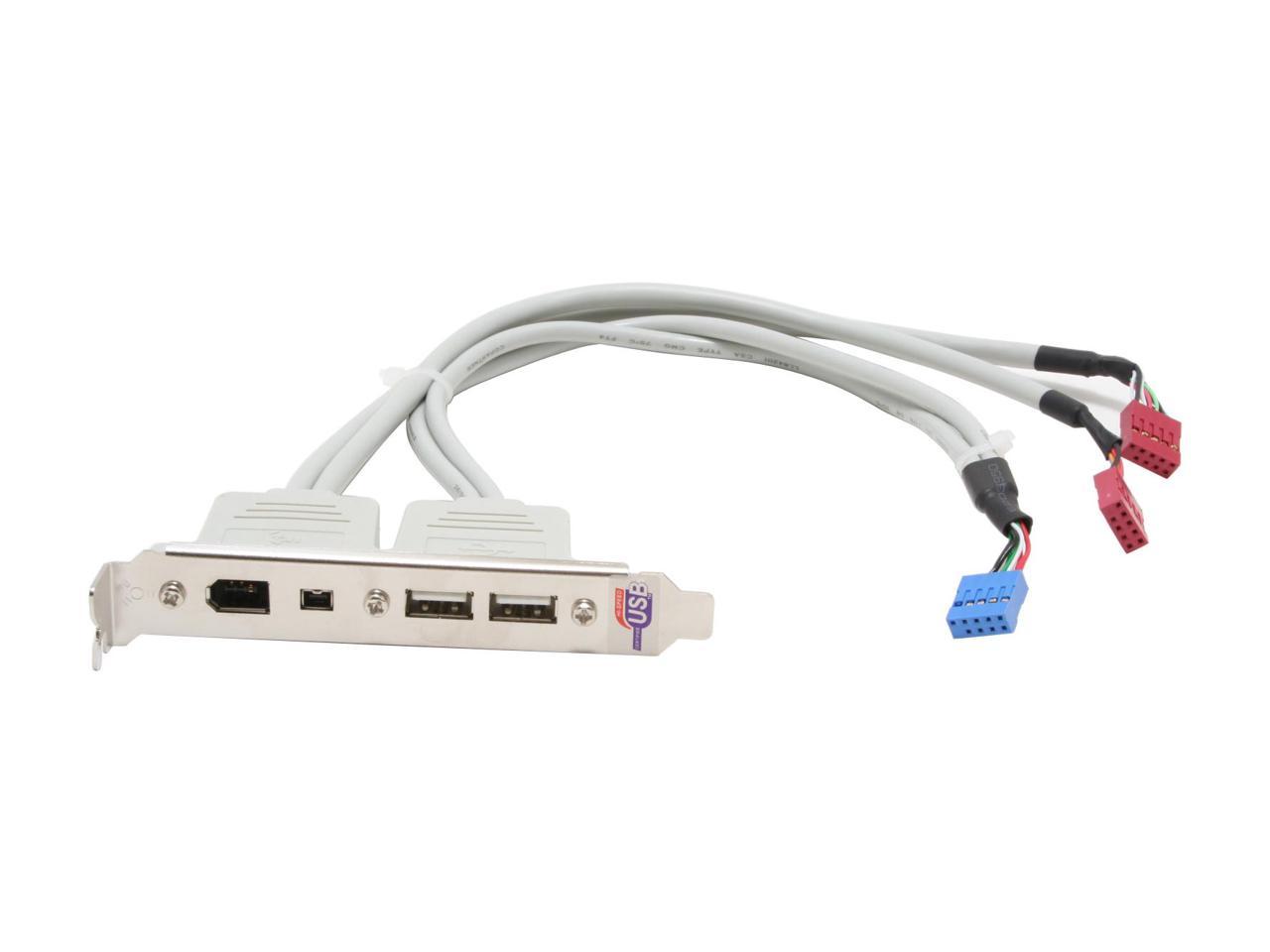 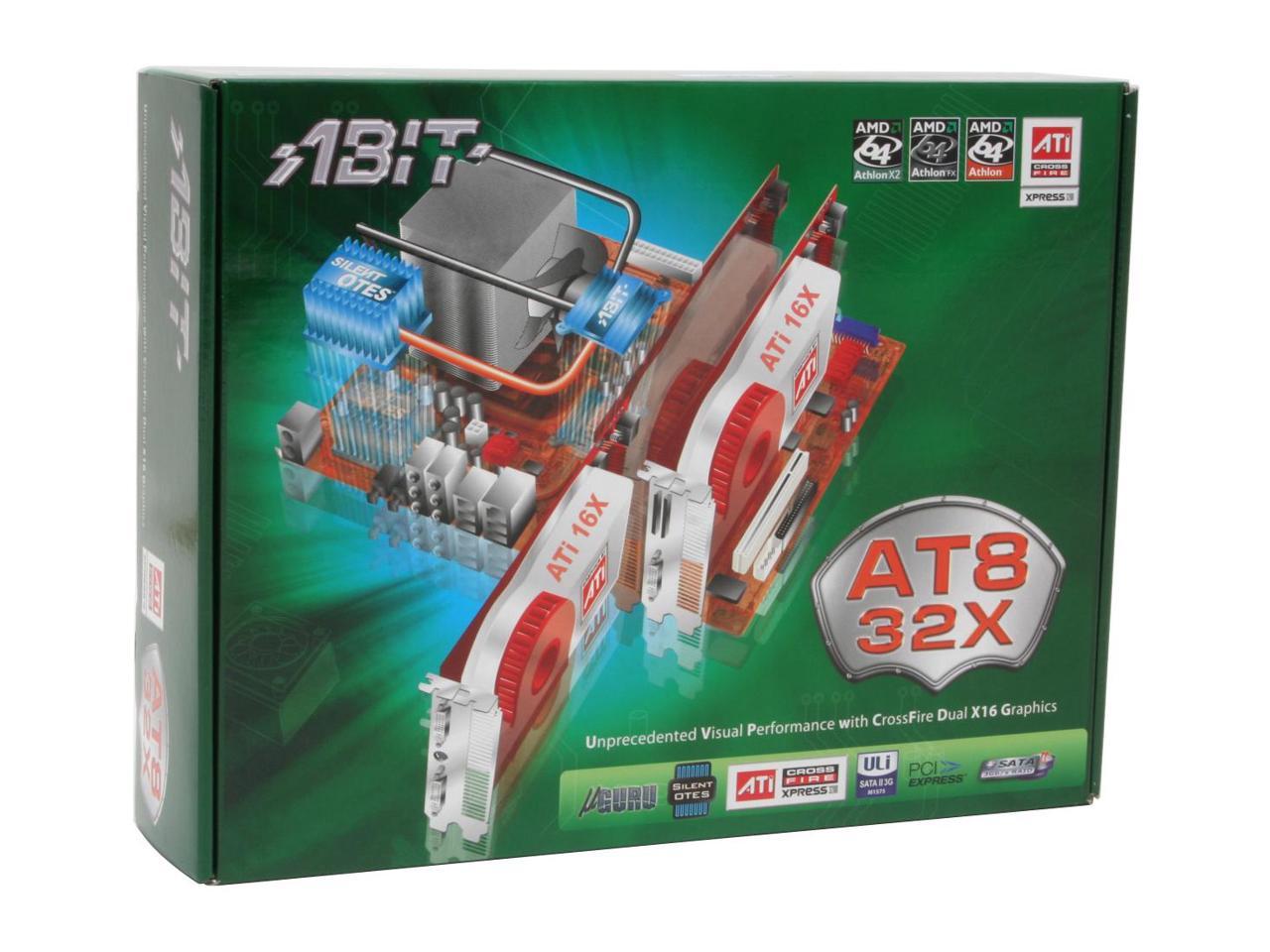 (138) Write a Review
OUT OF STOCK.
Specs
Reviews

Learn more about the Universal abit USA AT8 32X

Pros: I just updated to this because my other asus mvp starting going out so far it is running great but like everybody else said about the floppy cable is on the bottom of the board and its not a problem with me because it just hides on the side. It seems its running good so far.

Cons: nothing yet running good with only two hours and having everything hooked up installed and playing games

Overall Review: very good quality product and i recommend this board not just because its a good quality board but its inexpensive board that can handle the upcoming upgrades for the graphics card and also for the CPU 2 939 my spec: AMD athlon 64 X2 Dual core 4400+ 2.2GHz, 2GB of ram dual channel, 2x 1600pro 512mb crossfire mode, 2x 80GB harddrives. just waiting for the DX 10 cards then updating to vista soon.

Pros: Great board. I'm runing 2-x850xt's and the Grafix are of the chain. Very over clockable in regards to CPU, G-card and Ram

Cons: Not much pci room after you install 2 beast G-cards. Abit is not known for great support but if you know what your doing you will not need it.

Overall Review: Over all the best system I have ever built. Running a 64x2 3800+ and overclocking is easy. Runs very cool and stable at 2.2. If your looking for a budget Crossfire board this is the one. It is one of the few that really run at full 32x. Do you research like I did last year you will not be disapointed.

Pros: Most of the overclocking features needed for a good motherboard. uGuru software is most helpful for this board.

Overall Review: This is for the person who is having a problem with the memory if you read the instructions and you can tell the difference between colors. You should know that you put the memory in the same color slots in other words, slot#1 and slot#2 or slot#3 and slot#4 not 2 and 4. The dual channel setup on this particular board are ajacent to each other. Just use the color code, purple or blue.

Pros: Not DOA, reasonable OCabillity, performs with the best mobo's out there. OTES is pretty neat(the heatsink on the chip doesn't get hot, but the heatpipe does, no idea how it works though)

Cons: I missed the extra 4 pin connector and thought I had a doa proccessor or mobo. Turns out I'm just an idiot, but my last builds didn't have one. Anyway most of the mobo is pretty self explanitory. The only complaint is I was missing the default jumpers for rear panel audio which threw me for a loop for a while. The maximum overclock I got out of it was 267, which is reasonable. Most proccessors are maxed by then. Unfortunatly I couldn't test its true max because it won't post if I lower the multiplier. I don't think this is a mobo problem, and it will likely be worked out with bios revisions, its a new board and new technology so hopefully its a minor bug.

Overall Review: This mobo has performed at a level that I am satisfied with. It has all the connectors you should expect with a high end board, the layout isn't overly confusing. Unfortunatly I can't test out crossfire yet. Maybe this summer I'll get another card but by then you'll have plenty of reviews. One thing I was suprised by was the lack of reviews when these mobos were released. I could find one or two reviews on the ASUS counterpart, but there wasn't too much buzz around the RD580. Anyway I bench a 11500 with my system: sapphire x1900xt, amd opteron@2.4ghz, ocz 2x1gb ddr400(2325).

Pros: Very Stable. Running w/ X2 3800+ overclocked to 2.4GHZ (240HT) w/ 1.375 core voltage. Ram is running at default 200MHZ speed with BIOS set to DDR333. Can't seem to overclock any further. Probably because of the chip. Hope to test out an Opeteron 165 on the board as I heard those overclock better than the X2 3800+. Gigabit ethernet screams and the SATA performance is just as good. My computer just feels faster with this new board. Upgraded from a MSI RD480. That board was very unstable and didn't overclock well at all.

Cons: Very tight placement of the bottom right screwhole which is right next to one of the IDE connectors. Had to use a screw smaller than the rest of the others. CPU socket somewhat cluttered and might cause a problem for those with large heatsinks.

Pros: Easy to Install. Came up no problems. Support for 8GB of ddr. Crossfire support.

Overall Review: Great board easy to install, lots of features at a decent price. If your looking for a upgrade with out doing a complete hardware swap this board is a good system thats not top of the line and will allow you to use your old DDR and has dual PCIE slots.

Cons: About a month after owning this, Crossfire became really buggy for me and I started to get random reboots on fresh reboots, flashing screens in game, black screen lockups when switching resolutions or quitting/loading up multiple games in the same session (i.e. not rebooting between them), and multiple errors in the event log which Google barely had anything on and noone had any resolution for. I tried multiple drivers, BIOS flashing both the motherboard (with the same BIOS as I had, just for the hell of it) and both cards (ATI X1900 CF + ATI X1900XTX) and buying a new cable (which proved useless as ATI's cr*ppy dongle's screws broke inside of the Crossfire connector, although I could still connect the new one for testing) but Crossfire still remained buggy. Granted, in-game I was stable as long as the game didn't switch between resolutions a lot (like for in-game movies), but having to reboot sometimes up to three times in a row just to get into a game with no problems was annoying.