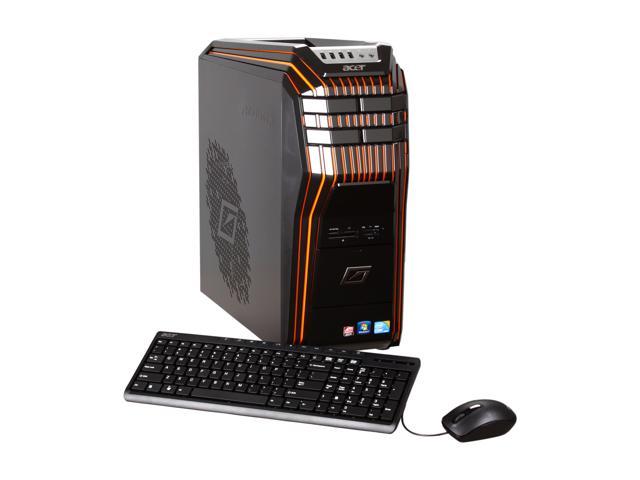 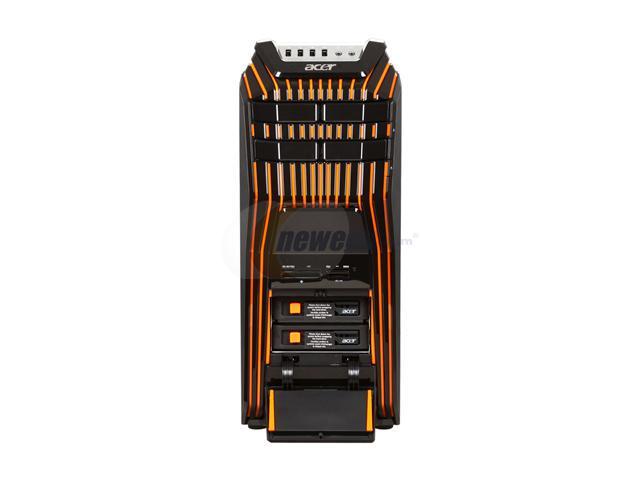 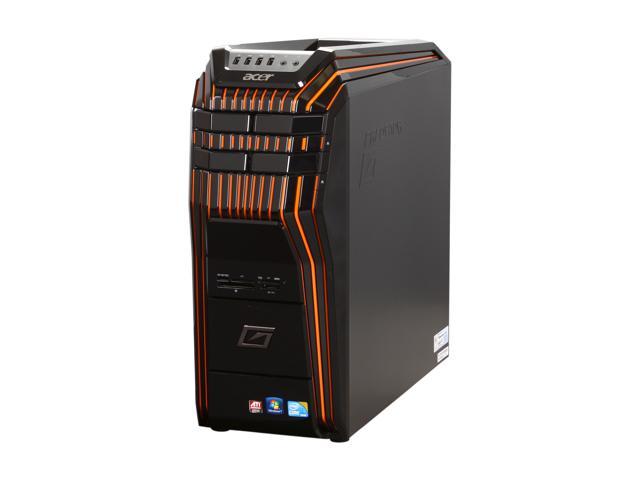 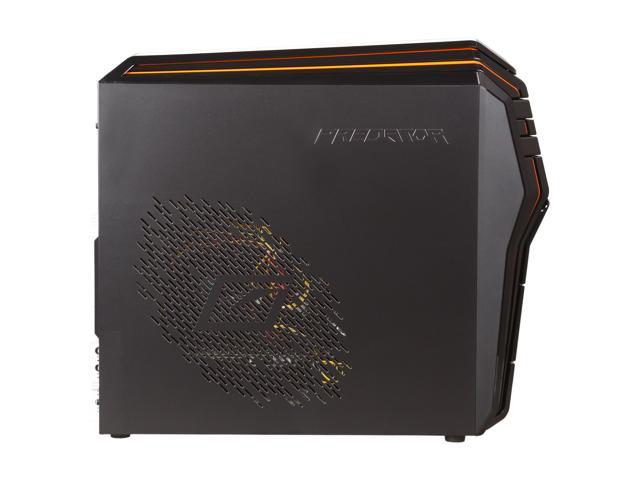 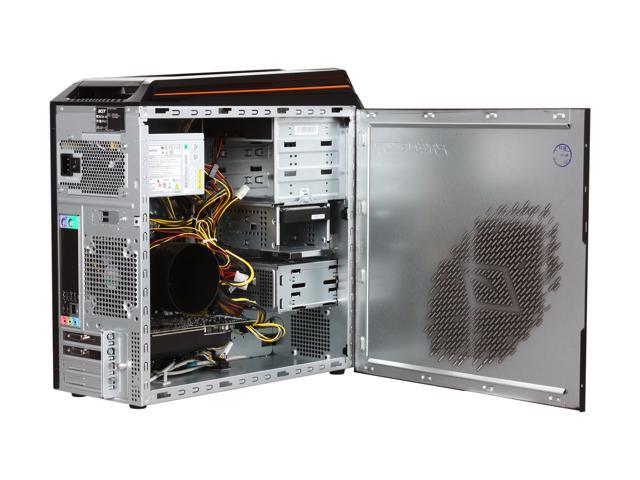 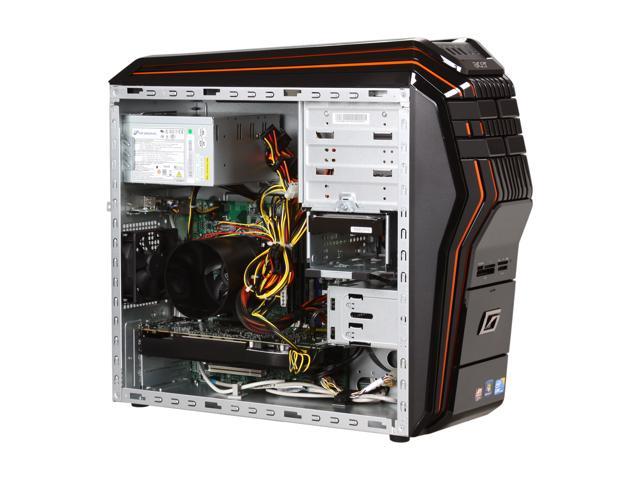 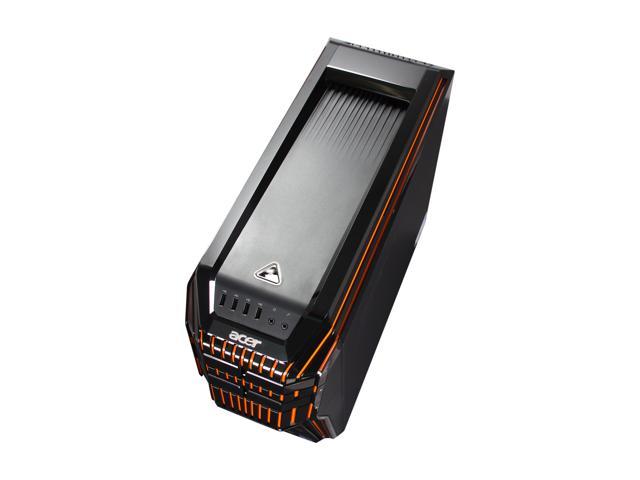 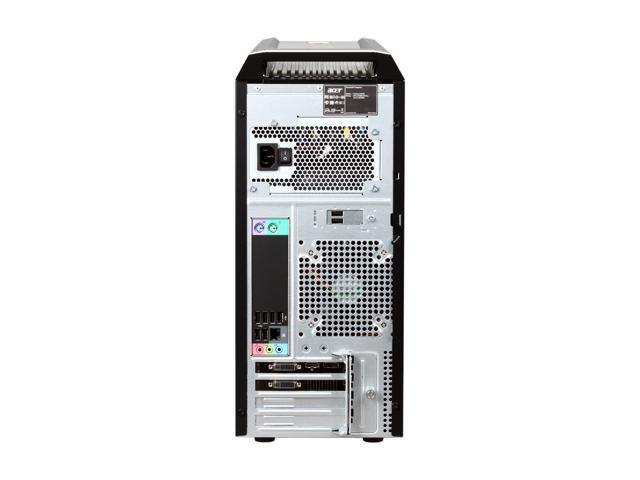 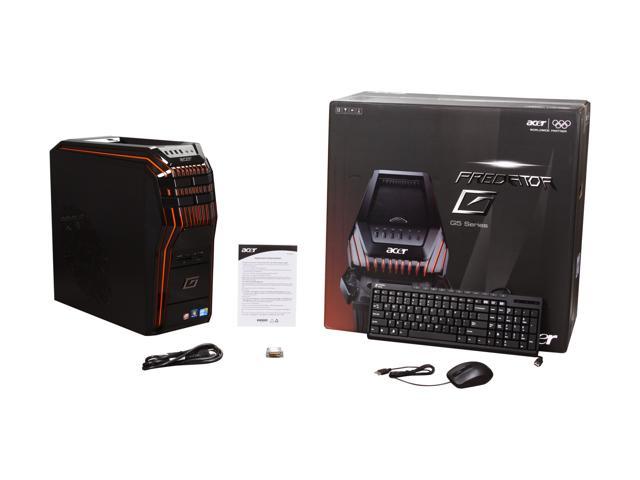 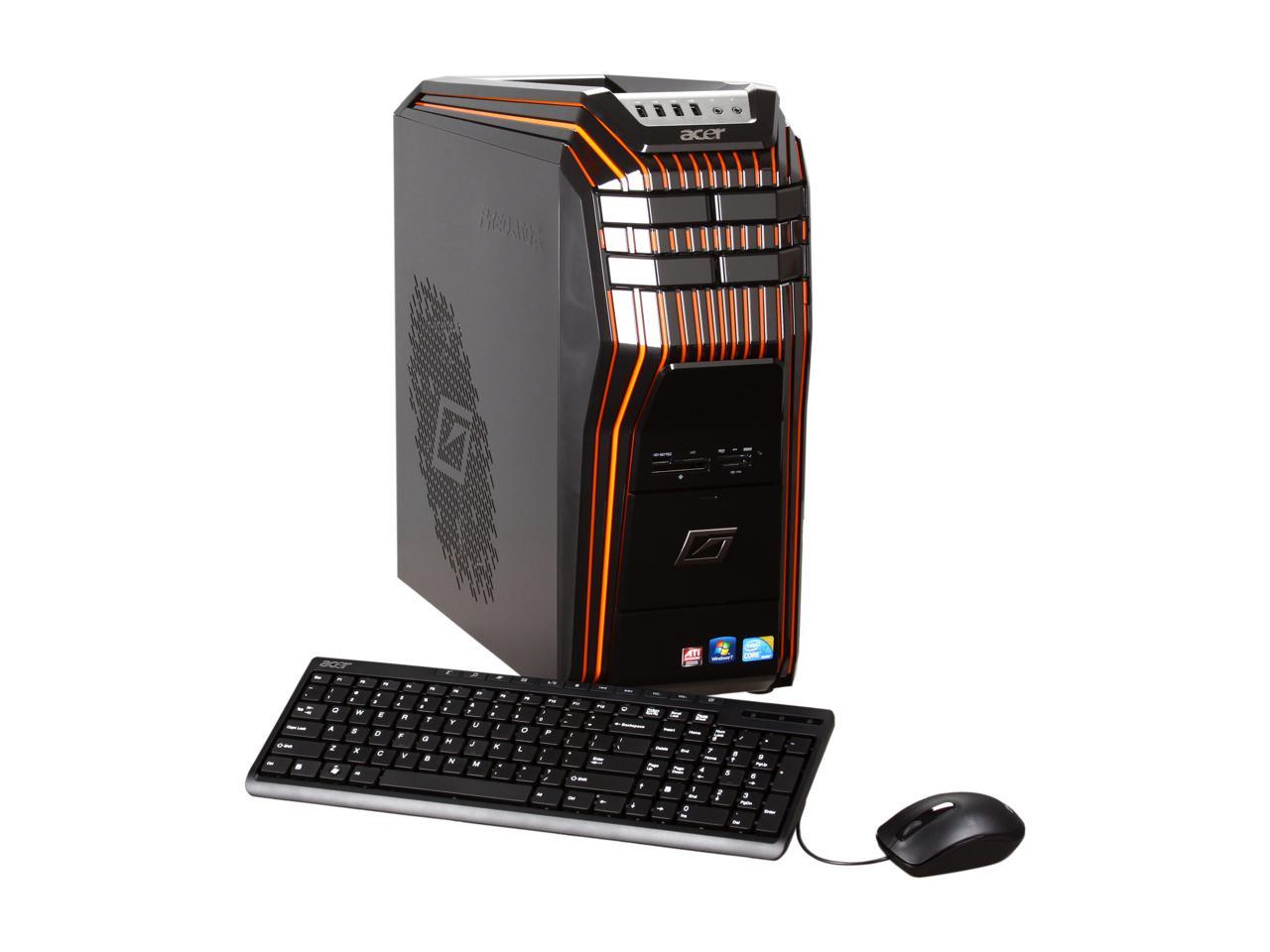 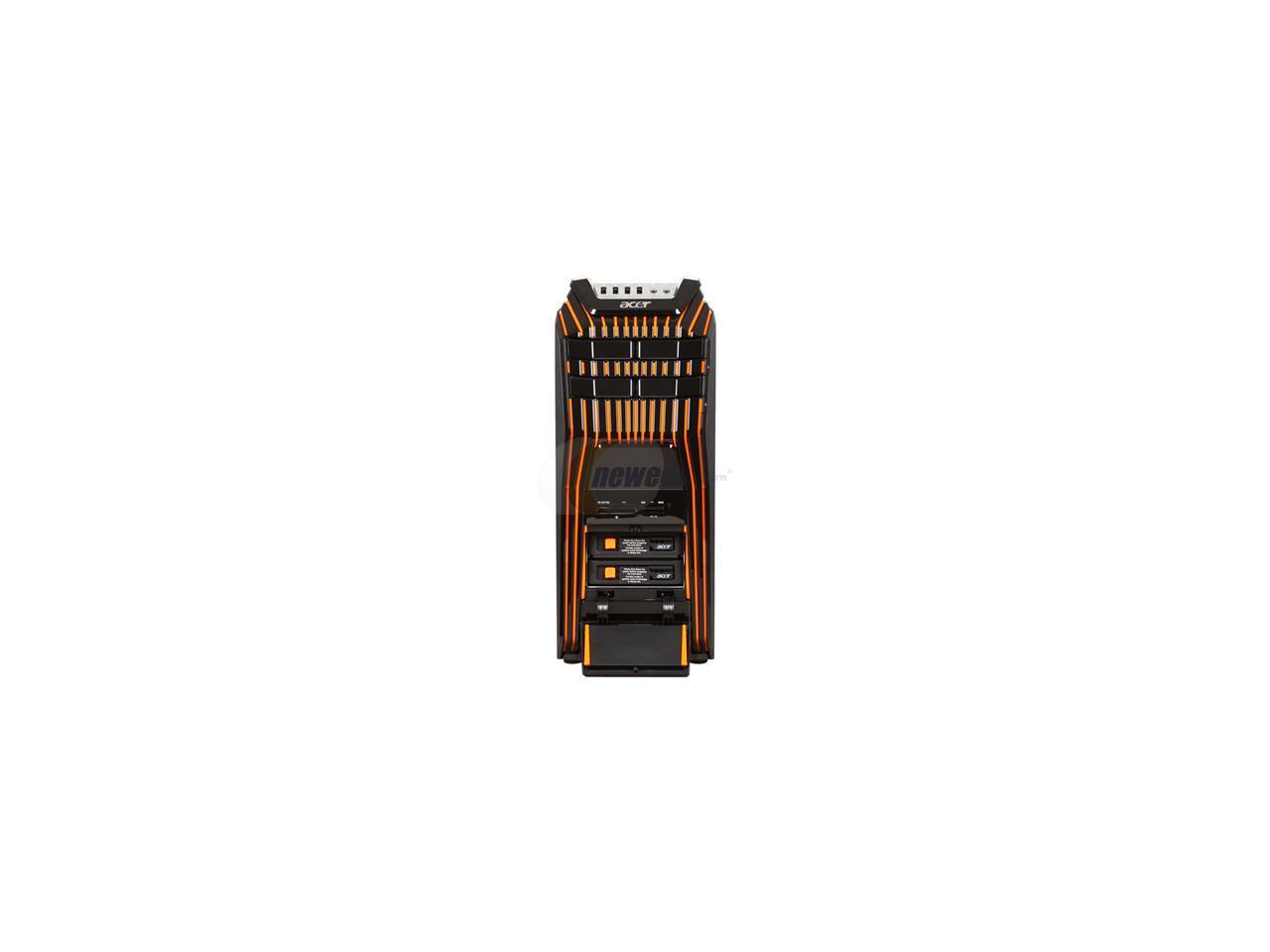 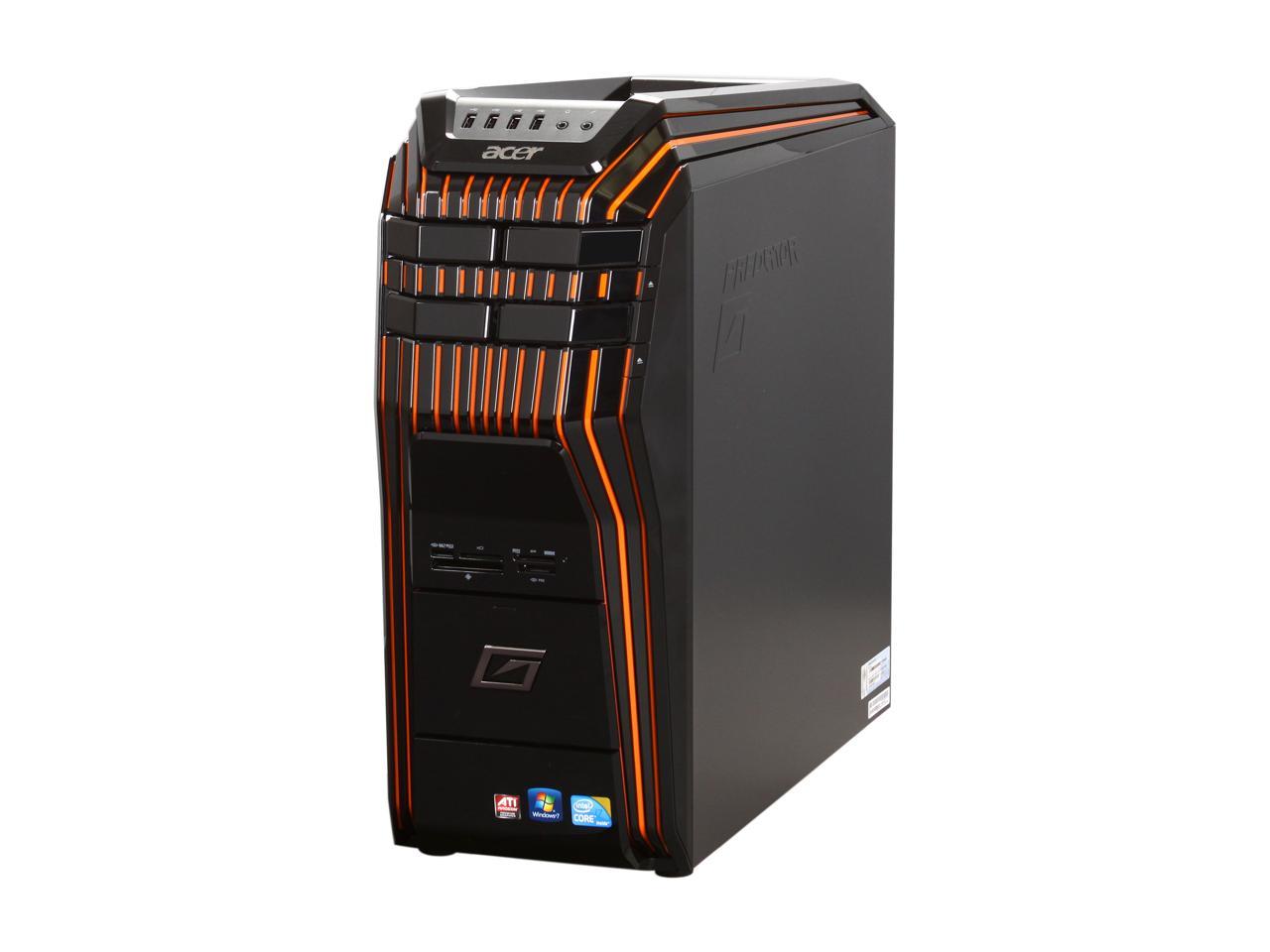 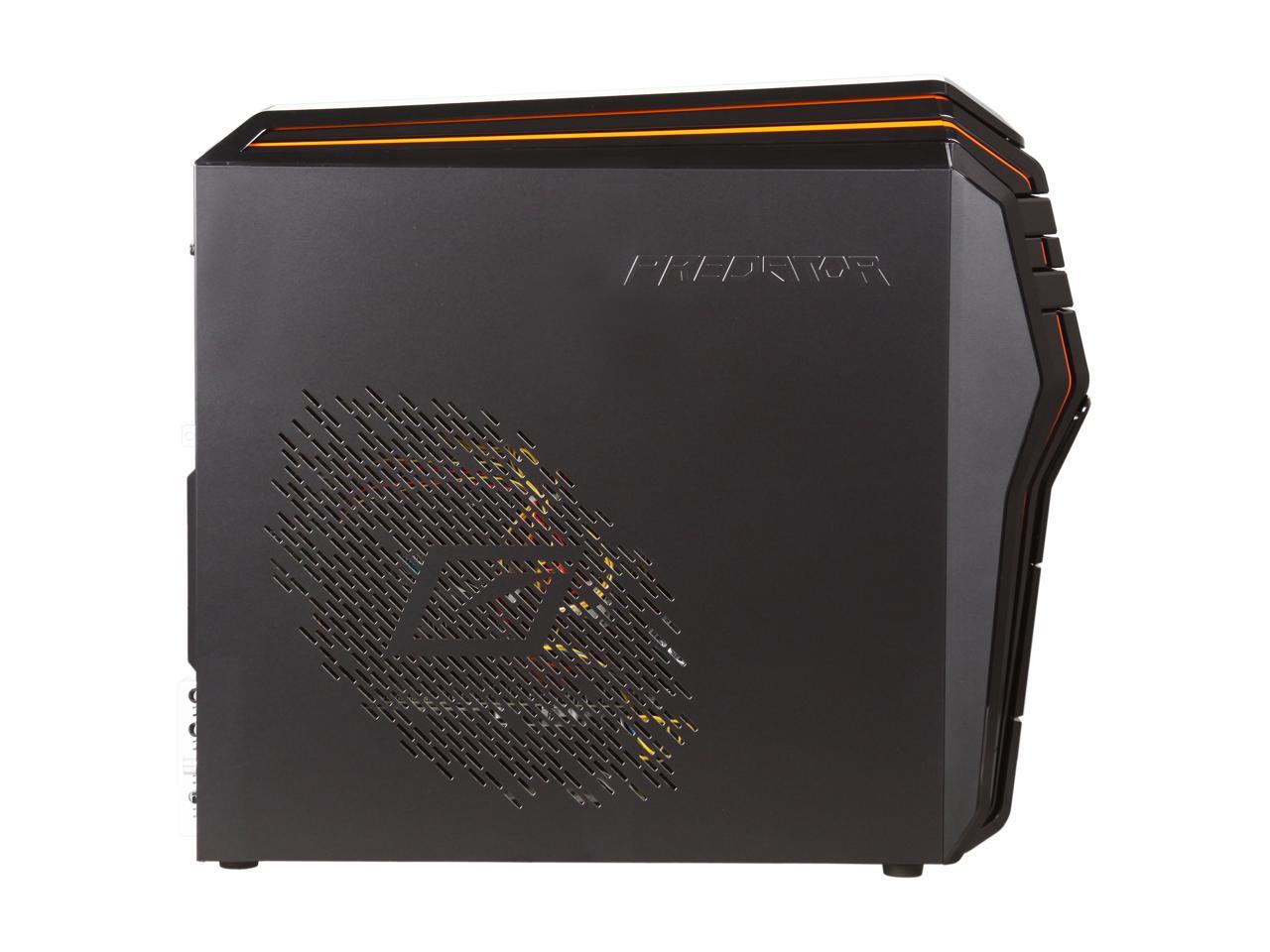 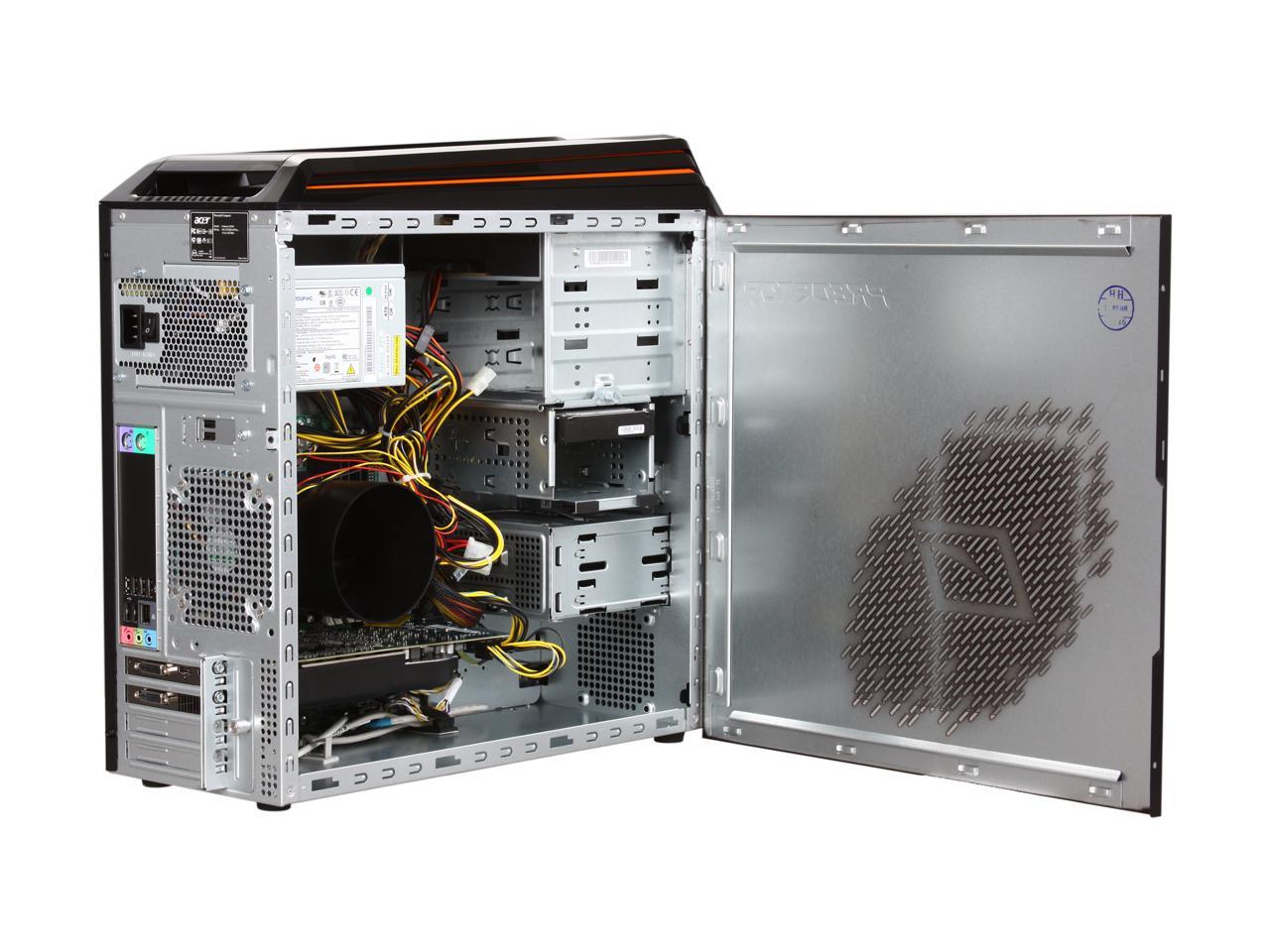 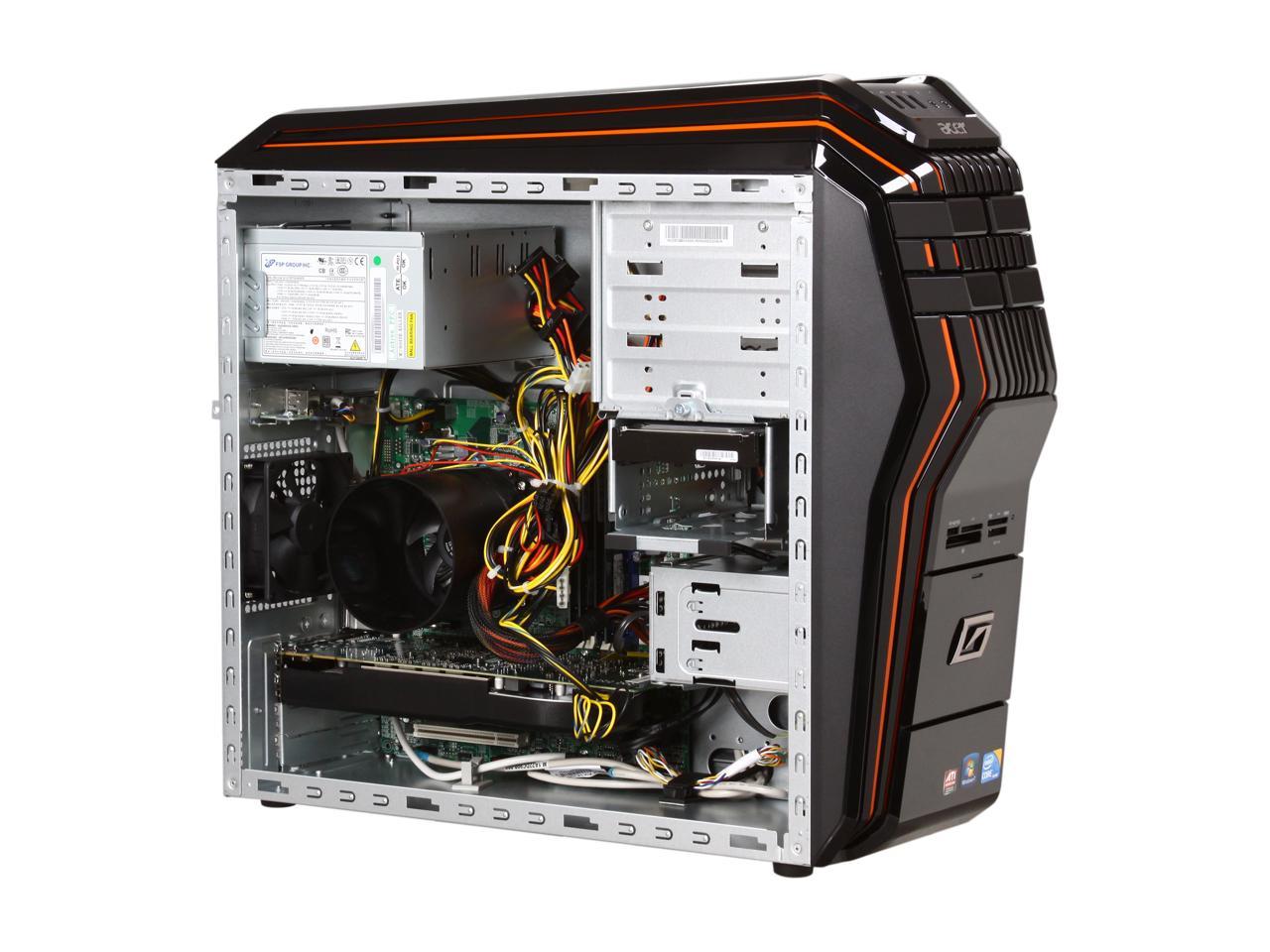 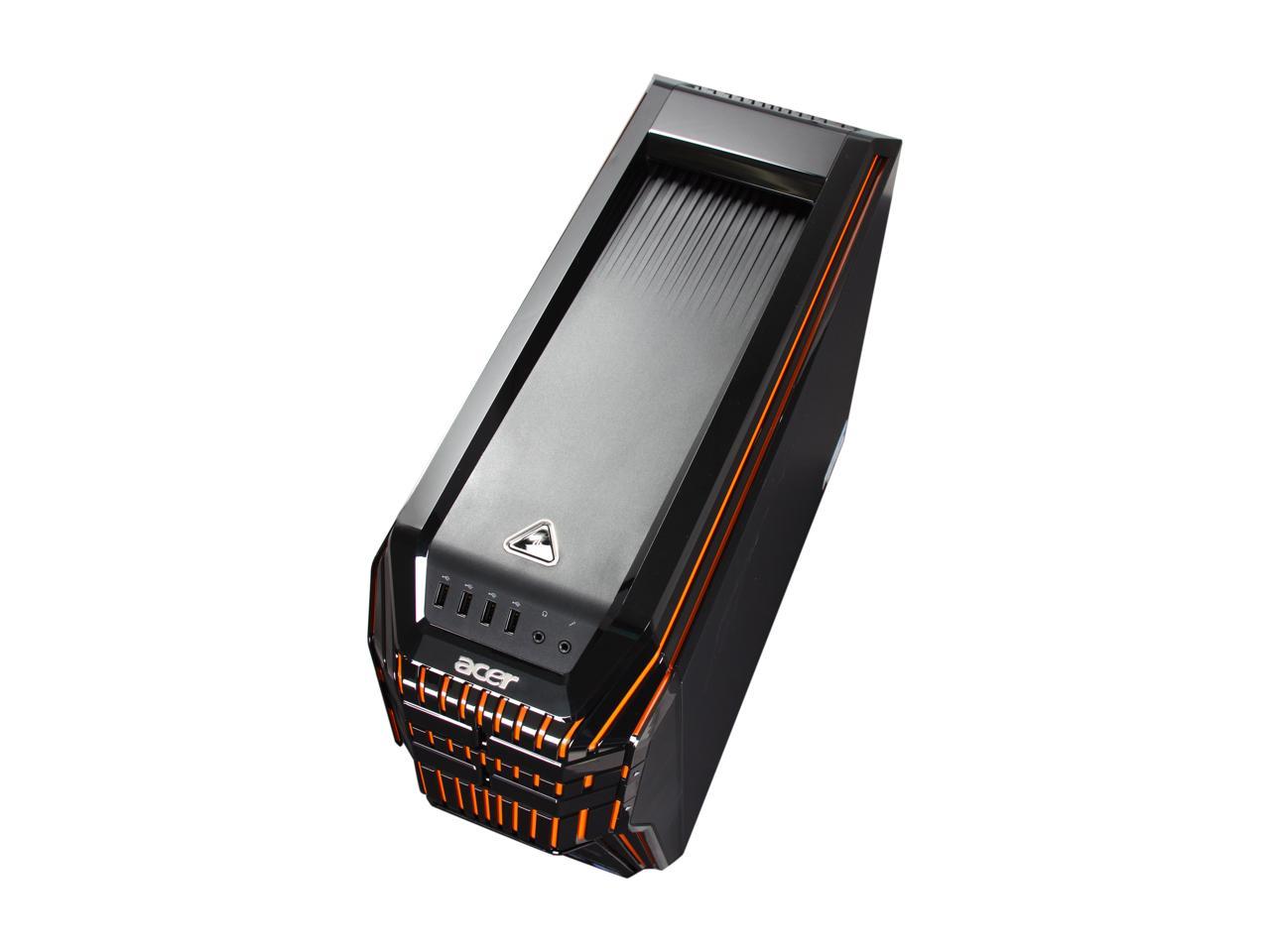 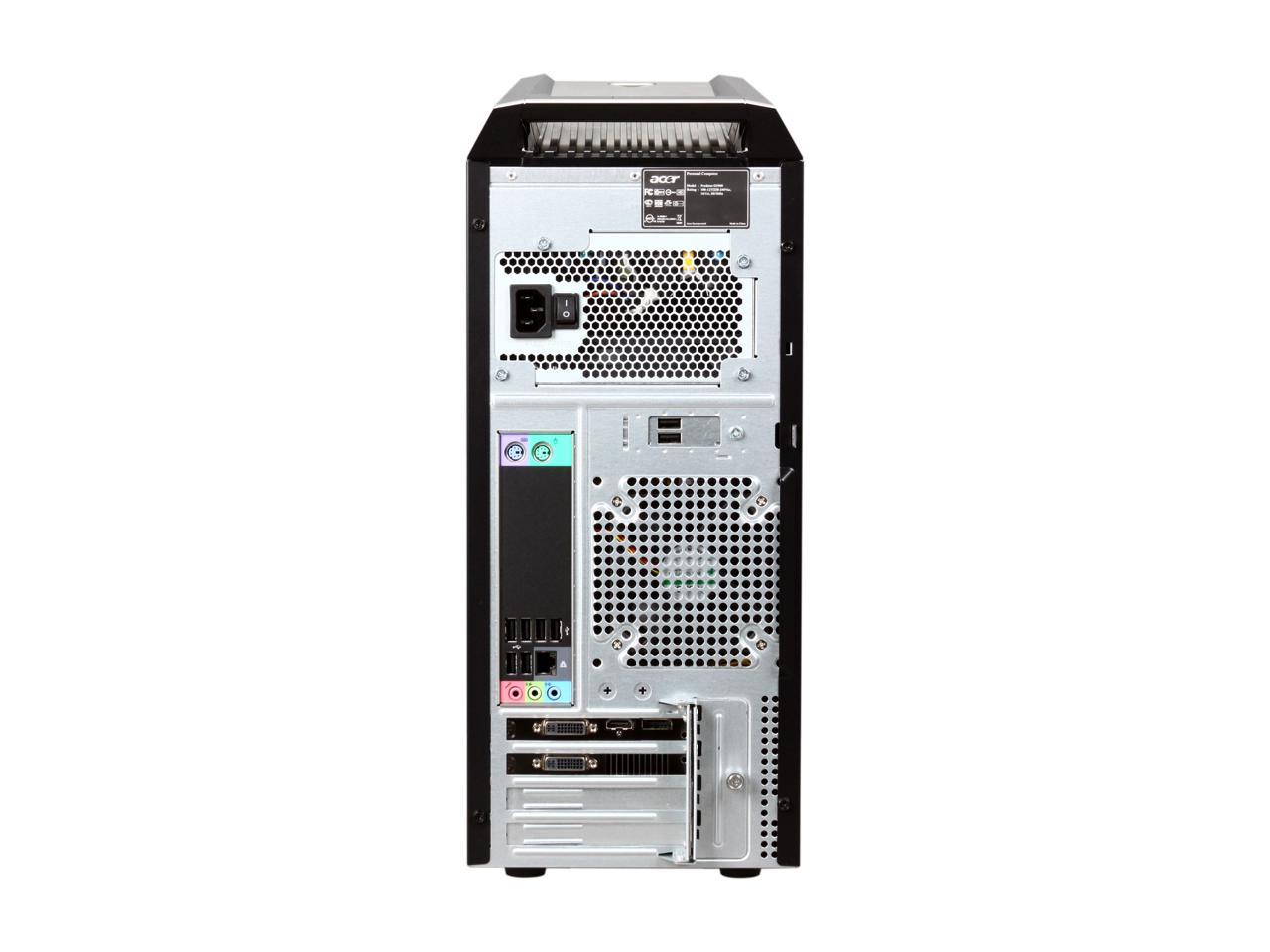 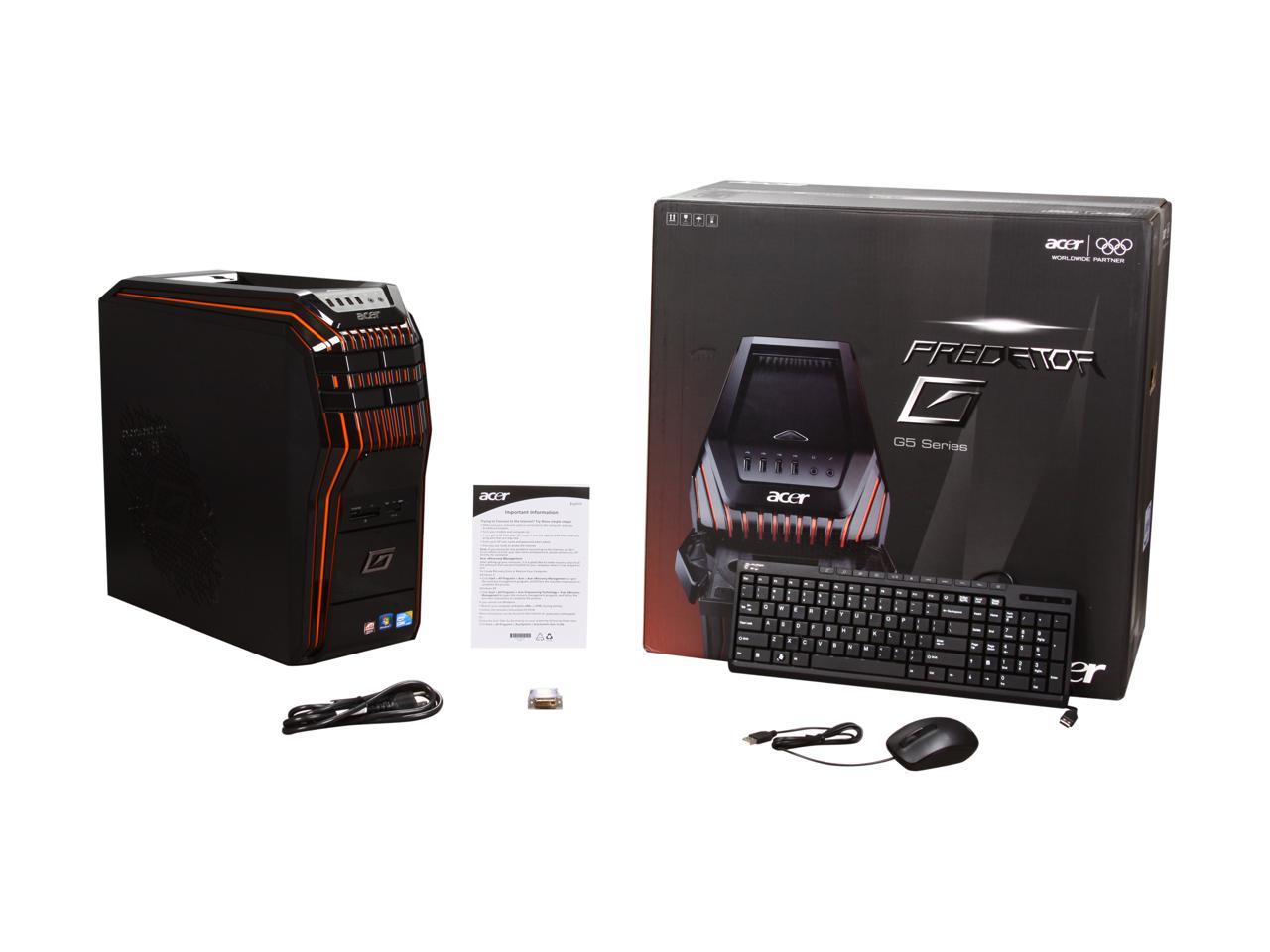 Pros: - Very Quiet - Usable right out of the box - Very fast, and I'm pretty sure we're not even getting close to its full potential - Max graphics on warcraft (including the dreaded shadows) 60 FPS in any game setting. - Very reasonable price for whats included - Was delivered the next day (standard 3 day)

Cons: - After using this computer, I couldn't go back to my terrible graphics and had to buy another of these machines for myself!

Overall Review: I bought this computer for my husband to be used primarily for gaming (WOW), which is not exactly much of a graphics strain, but we wanted to get a machine that would run us through the new expansion, and into our next game of choice.

Pros: Running world of warcraft and starcraft 2 at the highest possible settings and its playing great! Tower design is very cool and system runs quiet. Great buy for a gaming comp so far!

Cons: Tower is large and heavy, not really a con though.

Pros: Beefy processor Even though a little dated, it still has a high-end graphics card Runs extremely quiet Doesn't run hot at all Easy access, front loading expansion bays for additional hard drives Plenty of power for upgrades in the future. You could certainly add a brand new graphics card and double the RAM in this thing and it would be a super-beast! 4 very accessible front side USB ports, as well as mic, headphone jacks and slots for every type of digital media cards Despite seeming a little gaudy in pictures, the case really does look nice in person

Cons: Things inside the case are a little tight. I added a capture card to mine and it BARELY fit, because of how much space the gigantic graphics card takes up on the motherboard. But, I did get it to fit. The cable management inside of the case is a little messy. This obviously doesn't affect performance though and you can't see inside the case anyway, so it's kind of a moot point. My biggest gripe is that it doesn't come with back-up discs. This normally wouldn't matter to me, as you can just make your own, but backing up this sytem requires about 48GB and that equals about 10 or so blanks DVDs, or 5-6 Dual layer-DVDs, kind of a pain to have to create that many discs when they prob could have included discs at little extra cost to them. Granted, you can back up the system files to any external hard drive, but I like having backups on discs. I think any expensive, machine should at least include backup discs. Not a deal breaker, but will definitely be an annoyance to some

Overall Review: Just out of curiosity, I've went and installed a ton of games on this thing, just to see how they'd run. And I've been able to run all of my games at max settings with all the bells and whistles turned on and this thing hasn't hiccupped one bit. Although some of these games are a little older, it still takes some good power to run them totally maxed. All of these games ran totally maxed and stayed far above 60FPS. FEAR Far Cry Oblivion Doom 3 Half-Life 2 Age of Empires III Stalker And as other reviews here have stated, they're running even the newest games on maximum settings. This thing has POWER! I've also done a little high definition video ripping, streaming and editing in the last couple days. My old computer from a couple years ago (A Phenom Quad-Core), couldn't handle any of the editing or streaming. This machine has done everything I've tried without breaking a sweat. This is a great computer!

Pros: Fast. Seems to run cool even with high graphics settings on games. Good value for dollar. Hot swap bays are easy to use and already comes with hardware to use them. Came with relatively little bloatware. Easy to set up except for lack of instructions. Flashy looking

Cons: Instructions that came with were useless and not informative. Could have had a bit more detail. DVD drive is cool to look at but without instructions took a minute to figure out. A little gimicky in my opinion. It came with both Mcafree and Norton preinstalled. They both compete for attention. There was little to no included documentation including contact information for support. Not that I cant use Google to find it but why should I have to?

Overall Review: Nice stable machine. Have had no issues with software or hardware other than the competing antivirus programs.

Pros: Good while it lasted.

Cons: The most I've ever spent on a Computer and it only lasted 3 years. No Windows CD is shipped with product so it is impossible for you to reinstall if necessary without having to fork over $40 for a replacement CD.

Pros: ive been using this computer for about 2 years now. and yes its a little out of date at this point but it still runs everything perfectly fine at max graphics including crysis, diablo 3, blacklight retribution, fear, assassins creed, and everything else. case is freakin awesome looking. and it runs completely silent

Overall Review: For this much money, wish you didn't have to burn your own back up discs when you set the computer up.