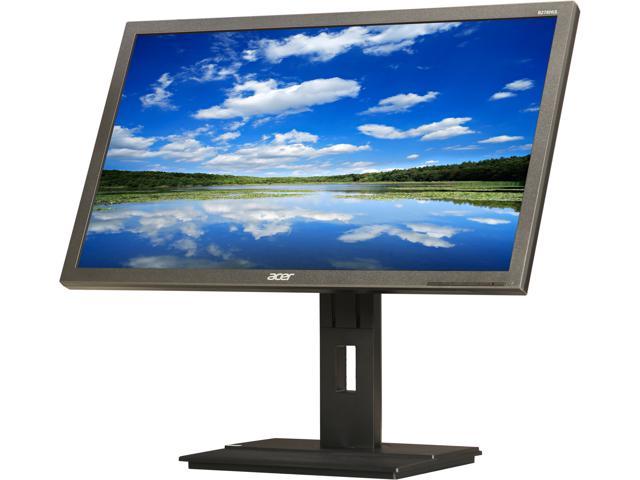 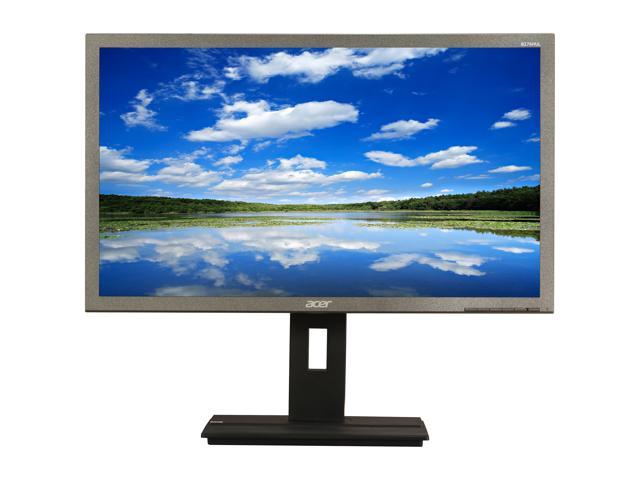 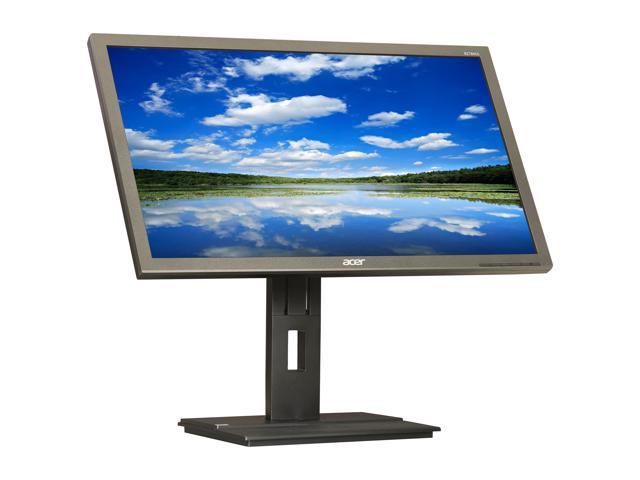 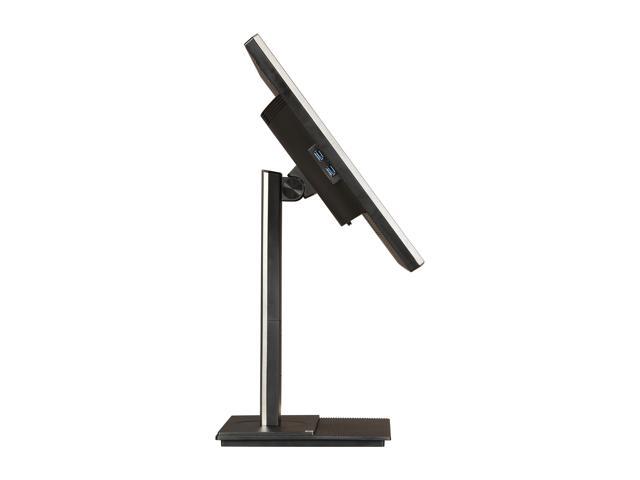 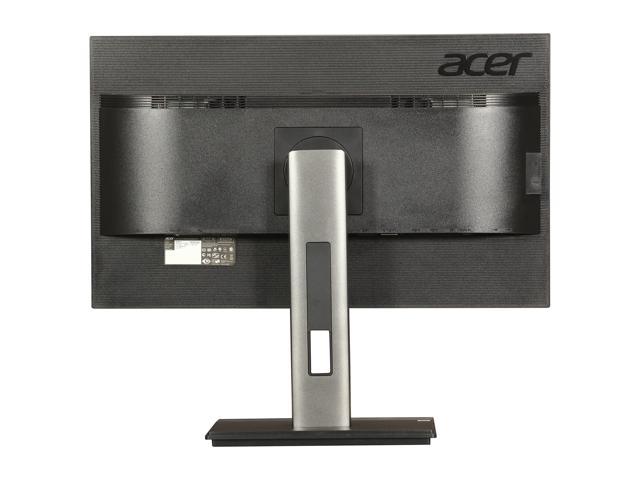 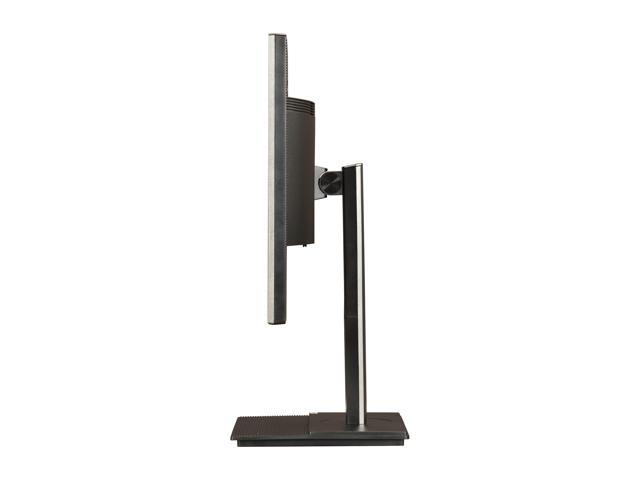 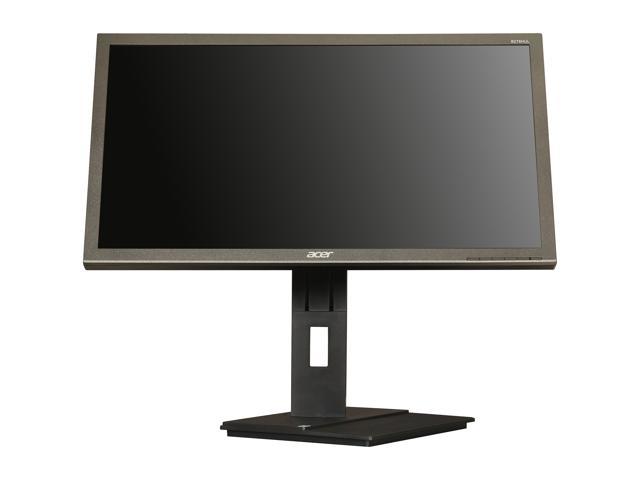 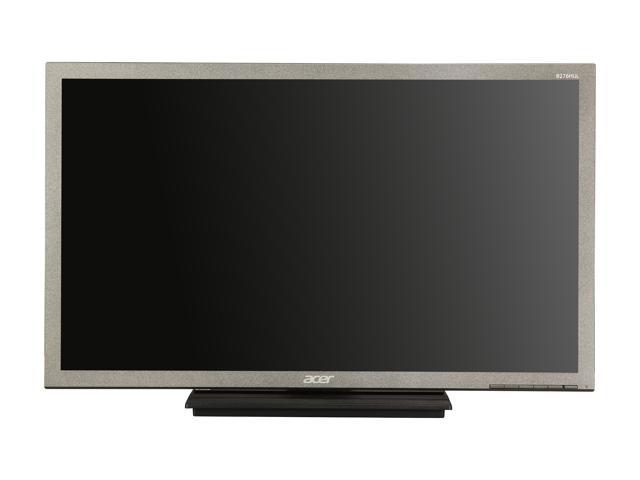 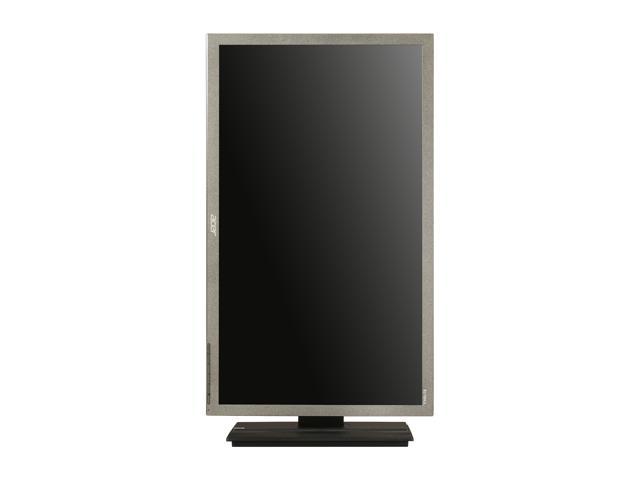 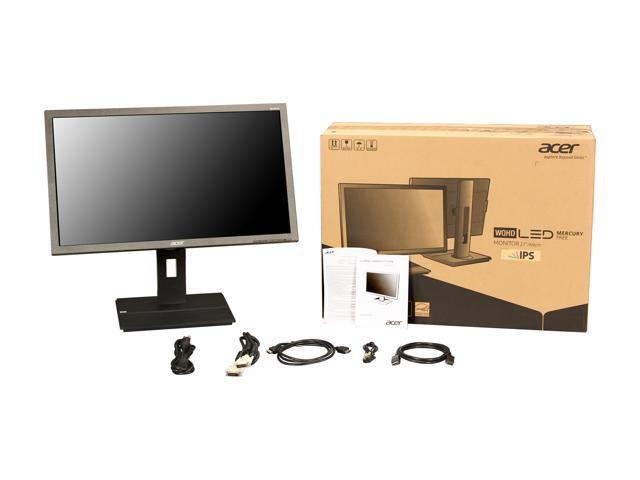 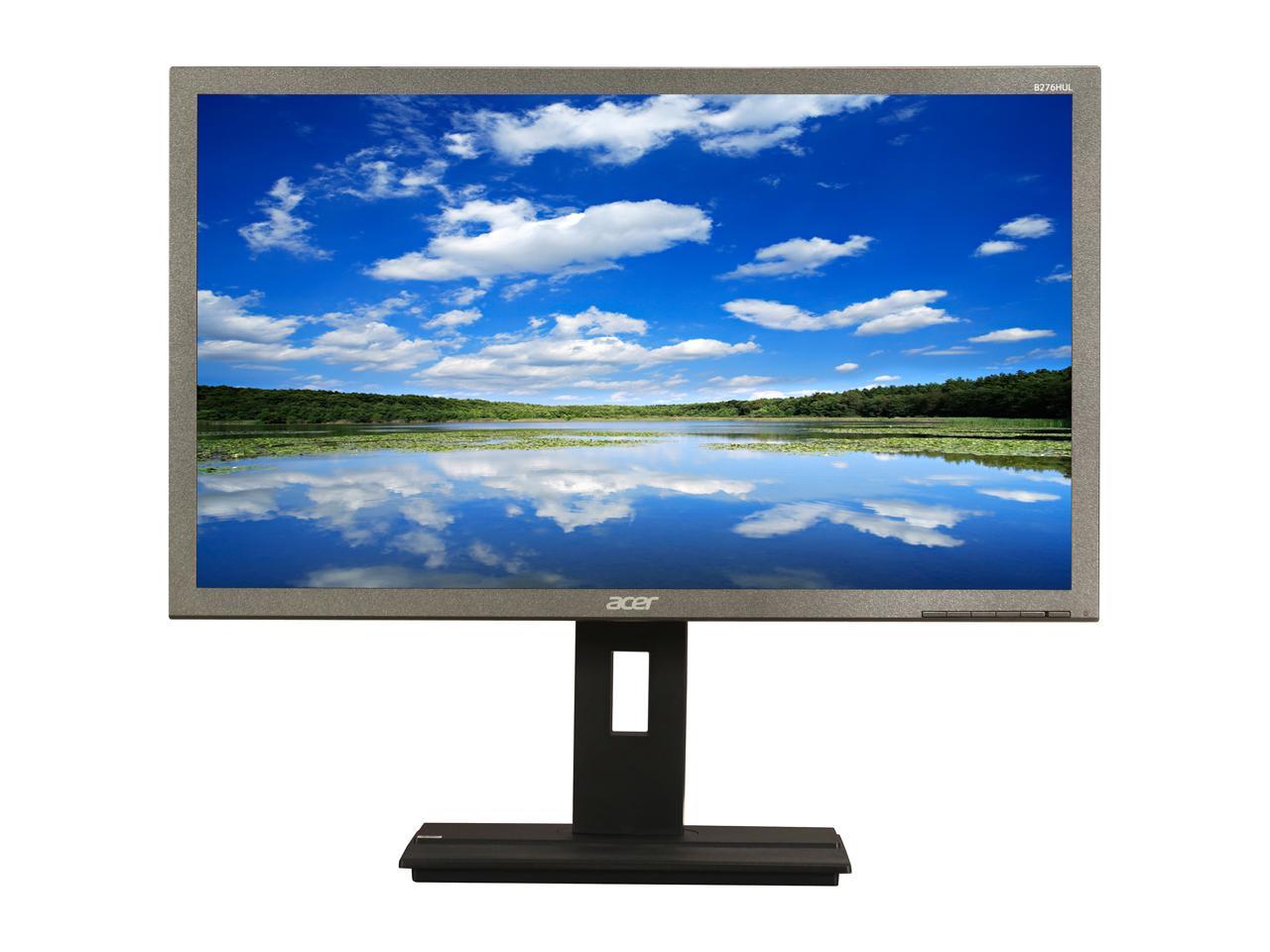 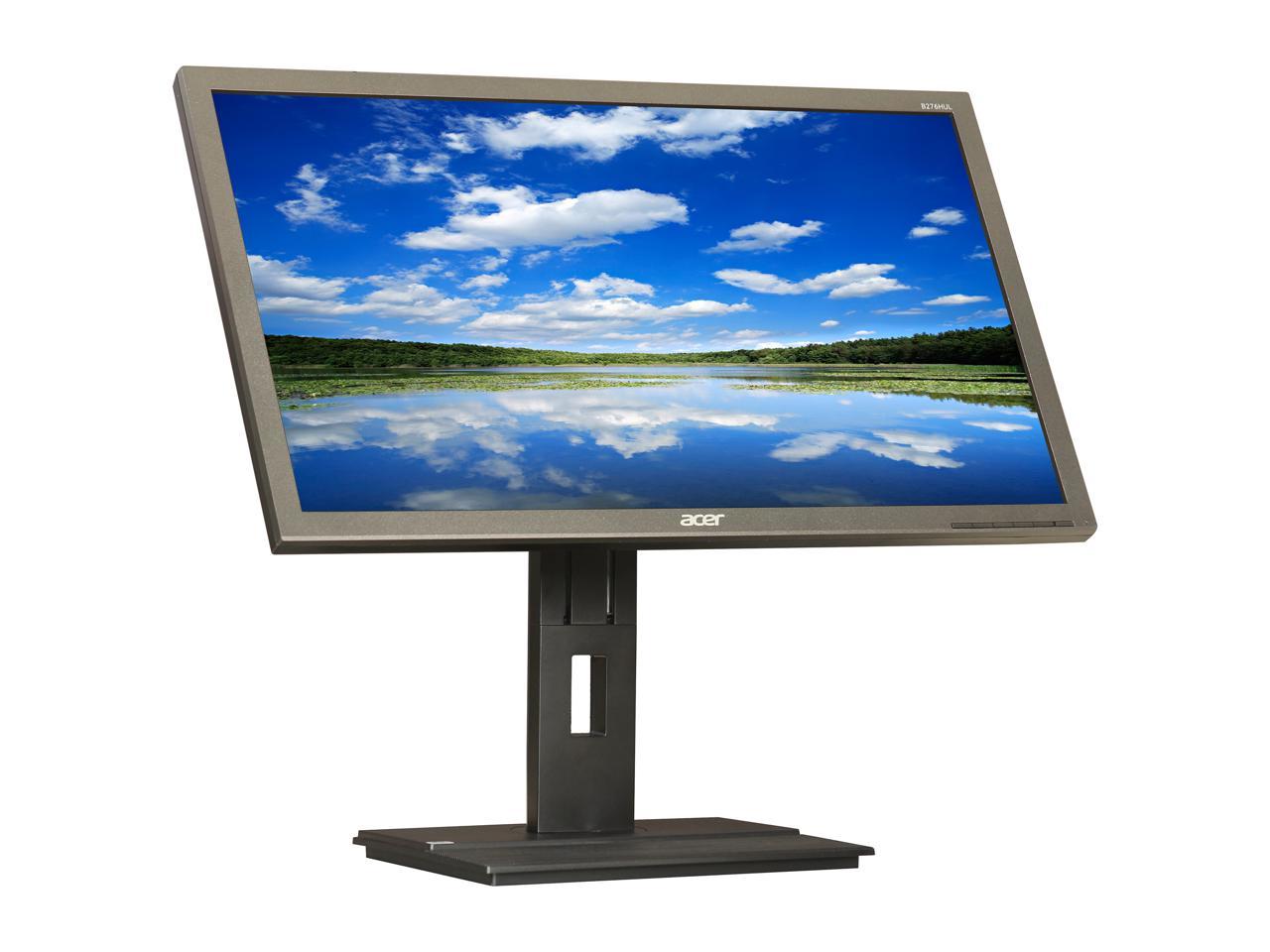 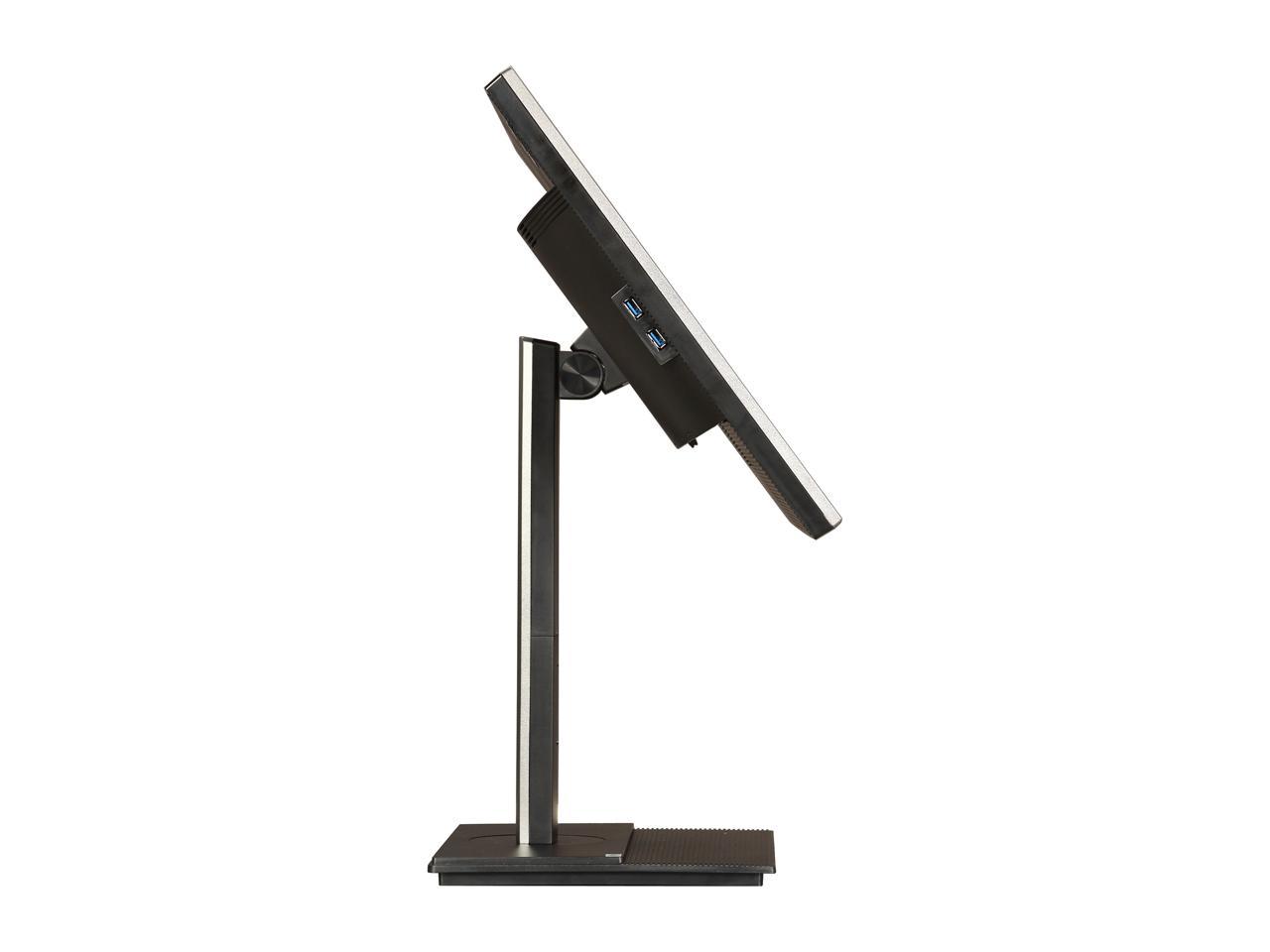 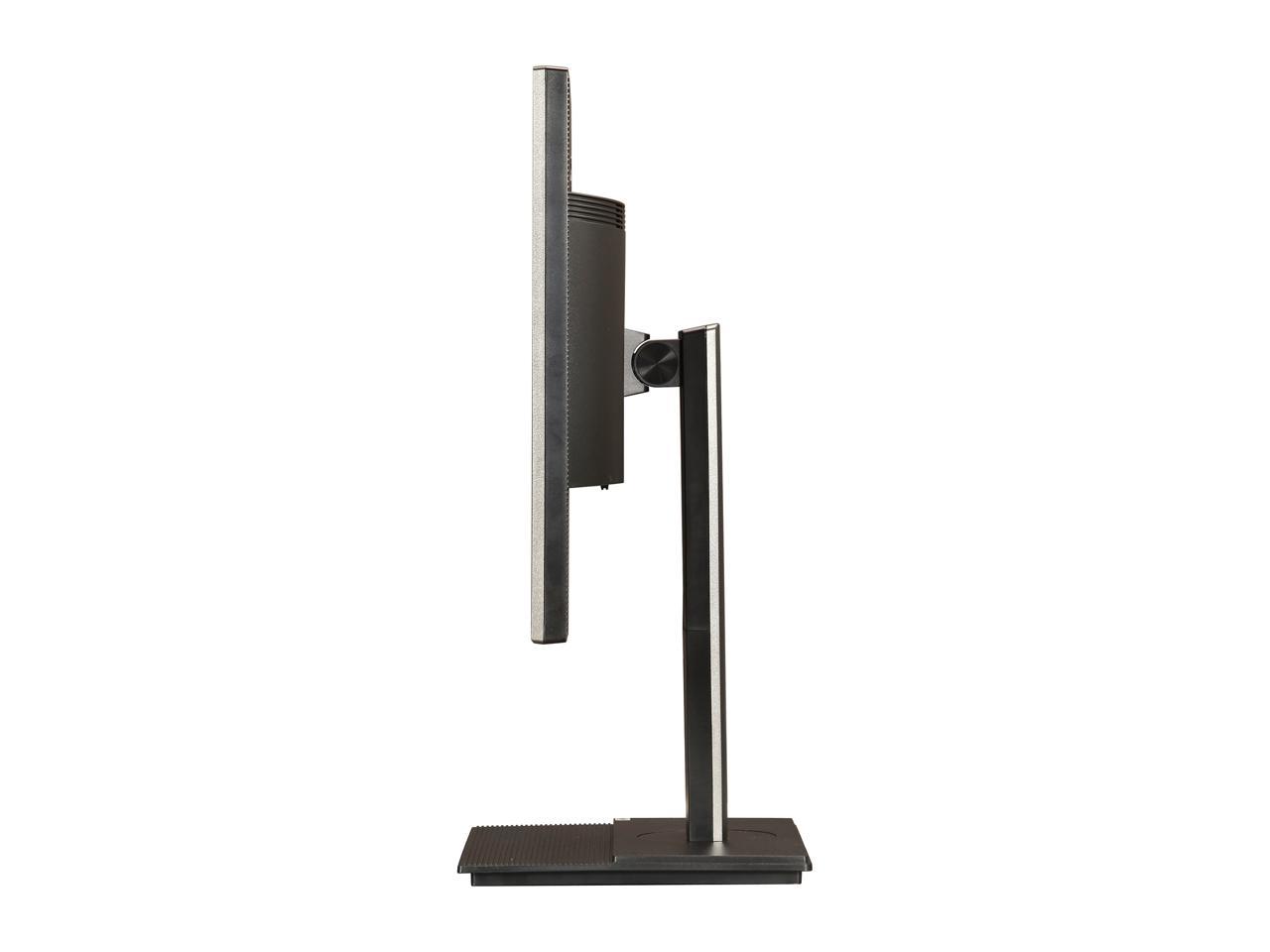 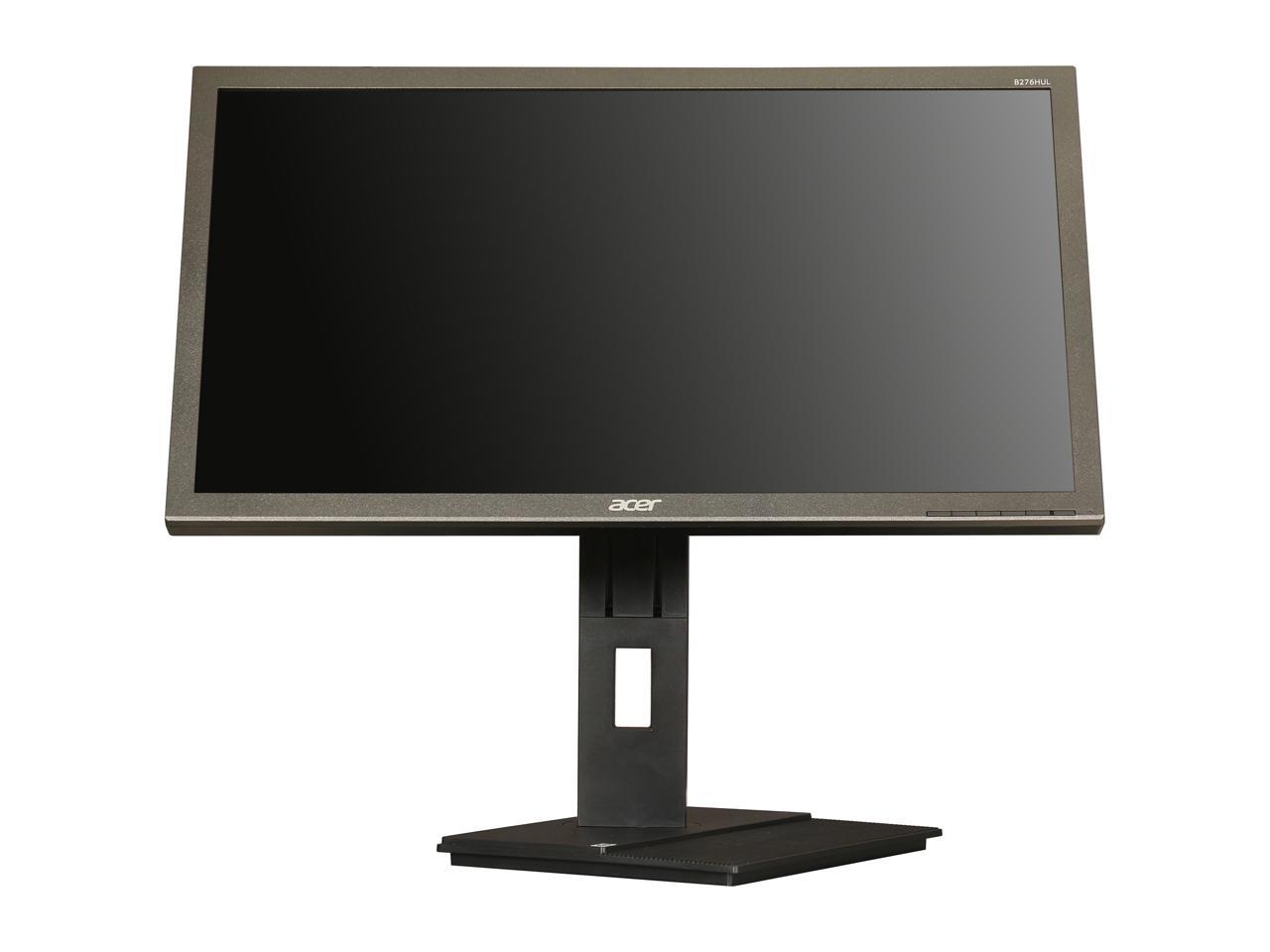 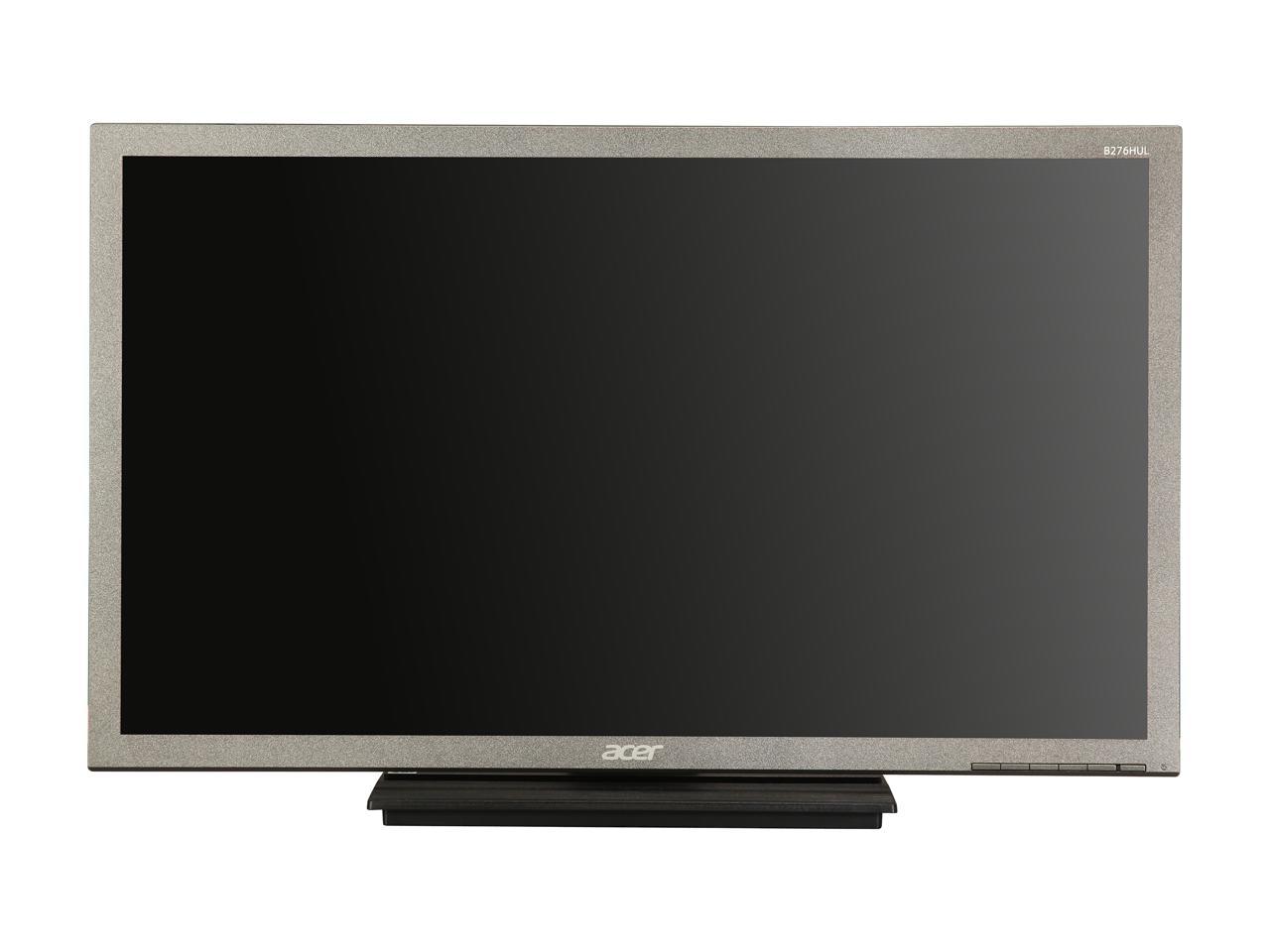 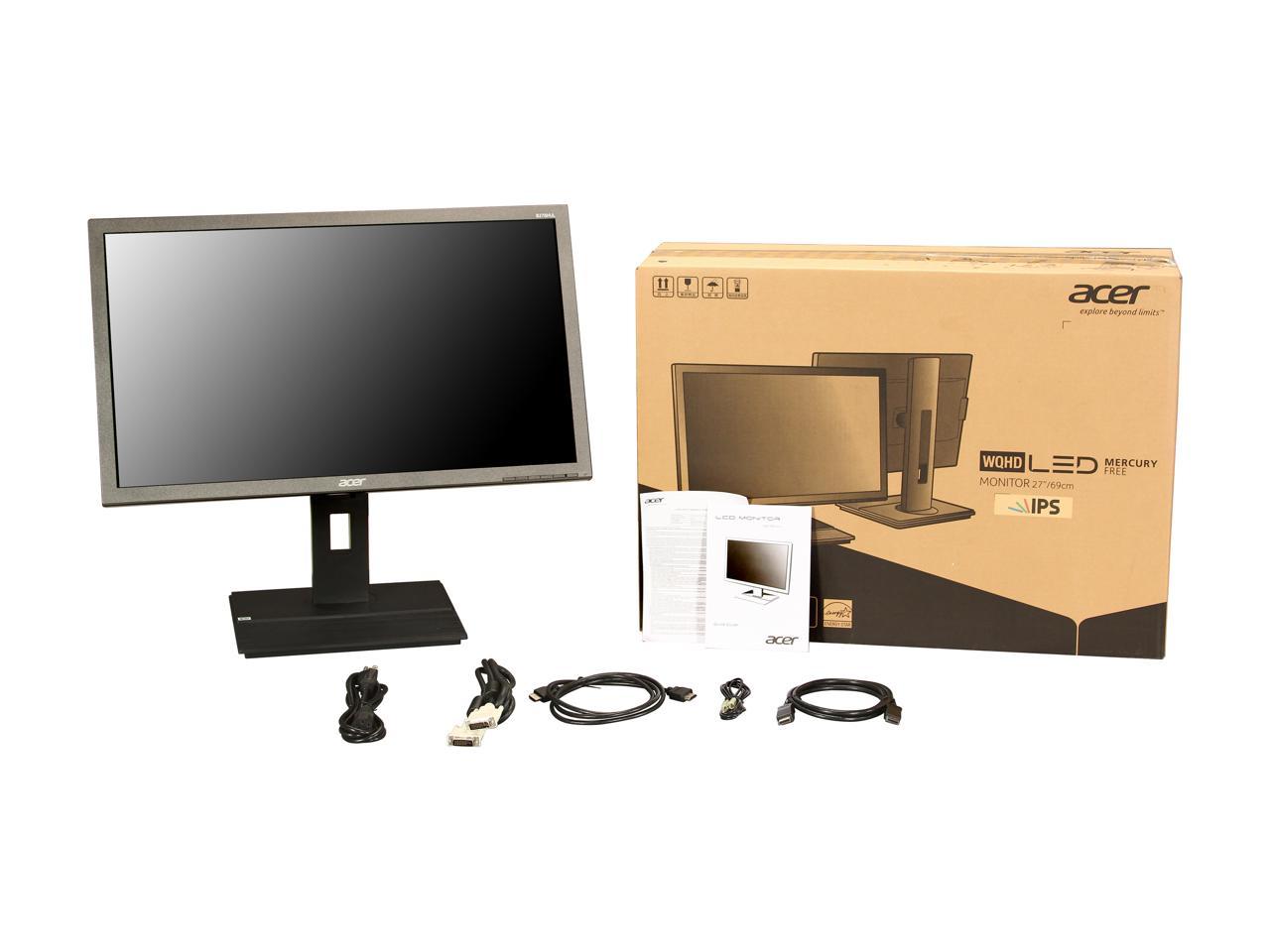 Pros: Color and brightness (to a non visual arts professional) are outstanding on this unit. The stand is probably one of the better ones I have used as well and feels sturdy. The variety of inputs is also welcome for the small price increase over cheaper korean units. It was also nice that they supplied all cables, and the hdmi and display port cables were of decent length, dvi was a standard short cable though. Really like the plain look of the bezel, and the width (while not great) looks a lot better than a ton of the korean units.

Cons: Where to begin, like others have stated mine had an audible buzzing that would occur in the top middle part of the bezel. I thought I could live with it but it shows itself in really nasty ways at times. Its not only a buzzing, but it changes in loudness and frequency based on text size and contrast with the background. It makes viewing webpages unbearable, and this is all droning through the sound my tower makes (which isn't that quiet). The noise would die down to a "tolerable" level when playing games and watching movies, but would rear it's head when viewing web pages again. All in all, it made the unit unusable for me, and will be sending it back for refund.

Overall Review: I didn't know whether or not to put this in cons, but i feel like some should be warned that Acer appears to have put an anti-glare coating on the screen. This may be a positive to many, and shows that I should have done more research into the screen, but to some it may appear as dark lines crosshatching the screen, or at least this is what it appeared like to me. While it could be ignored, on white backgrounds it was almost like i was looking at a zebra at times, really threw off my eyes while reading text. Combined with the buzzing, this made it a simple choice to return. I like acer, own a projector and another monitor by them, and this would have been a winner as well if not for the defect, and the fact that my eyes easily pick up the anti glare coating.

Cons: -Buzzing noise would occur and change with intensity while viewing text on white background (i.e. PDFs) -Noticeable amount of back light bleeding from lower right corner -Whites were too intense due to the nature of white LEDs -Too bright even at 30% brightness (uncomfortable for me when viewing at night); probably b/c of the glossy screen -Gamma control is less than mediocre -Six axis saturation and hue options are questionable

Overall Review: This would have been my first LED back-lit/edge-lit monitor were not for the annoying buzzing noises (as mentioned in the cons). After getting the second replacement monitor and still observing the same defect, I decided to not have Acer repair it and sent it back to Newegg for a refund. The two monitors seemed to have been "leaking" noise from the top in between the screen and the upper front bezel. I noticed by pressing in the middle of the upper front bezel that the buzzing noise would be eliminated. Both monitors were manufactured in June of 2013 and I think that B276 monitors produced during that time may have this defect. I wish Acer had used better quality LEDs that mimic the soft intensity and warmth of CCFLs back lights. There are no in-depth or technical reviews for the B276. Some sources have said that the B276 uses an AU Optronics AHVA panel to make it seem like IPS and keep costs down. I still use a three-year old 1152p Acer monitor (CCFL back-lit) and its comfortable to view at text with white backgrounds during the day or night. That may be due to the matte/non-glossy screen. I know there are inherent shortcomings to TN panel and I'll just have to wait until this 1152p monitor stops working.

Pros: -zero dead pixels -beautiful color and stunning resolution produce great results for movies, web surfing and games. This is my second Acer monitor in 4 years. My other Acer was a 1080p and worked great. Ended upgrading to this one and giving my 1080p to my brother. Paired monitor with Asus gtx 780Ti

Cons: So far none. Got the monitor on sale for $499. Ordered monitor 4PM Eastern and got delivered next day. Fantastic job Newegg

Cons: it cannot teach me Japanese.

Overall Review: I am a software engineer, and got tired of my 1080p laptop/monitor combo. I wanted to see more lines of code and open more windows to see various output consoles. These monitors fit it all. The stands are amazing (note:it will not swivel till you attach the monitor to the stand). I can put them in my cube, and position them in a way that I can see both at a comfortable distance. I do not game so I can't comment on those capabilities. Contrast is fabulous. Inky blacks and bright colors. Refresh is very good, but you better have a good card if you want to run two of these babies. It did take me a while to sort it out. I could almost hear my laptop card wimping when I tried to connect 2 of them via DisplayPort. It has DisplayPort IN and OUT, so you can daisy chain more than one together if you only have one DP output on your PC. My laptop dock (not the laptop) has 2 DP out, but I had various problems trying to daisy chain or using the individual DP outputs. I was overwhelming the card. I got it all working by configuring 1 monitor, then closing the laptop, then configuring the other one. Not a ONE stuck pixel. And trust me, I LOOKED! This is awesome. I absolutely HATE un-docking my PC and having to look at that super small 15.4 1080p screen. My only complaint is that I bought them myself and my cheap company didn't buy them for me!

2 out of 2 people found this review helpful. Did you?
Anonymous
Ownership: 1 week to 1 month
Verified Owner
Works for clear text for the older eyes amongst us3/6/2014 1:32:42 PM

Cons: Needs a graphics card, your Windows box can't push highest rez on its own.

Overall Review: Cheapest hi res monitor you can get so you can read text at high resolution. Older eyes will love how clear the text is. Just remember to buy a video card that can do the DVI type that this monitor supports. Unless you are driving with a MAC your Windows can't push this to highest res. Older DVI cards and cables won't work. It has to be the latest DVI cables 9 (1 is bundled) and graphics card (dual in my case) which is another $100. Got the EVGA GT640 and it worked for this user

Overall Review: It works without the issues others have experienced, however on the Mac I had to "Force RGB Mode" before it displayed correctly, which took some searching to determine was the issue because at first it just appeared that the quality was awful. After that was resolved, it was significantly better but compared to an HPZR2740w that I use with the same Mac, the Acer has a subtle crosshatching when viewed up close.

Pros: Great resolution. Great picture quality. 2560x1440 is excellent. I have an Nvidia 560Ti and it runs at full resolution flawlessly. I read several reviews about a buzzing sound but I have no buzzing. Build quality seems very good and brightness and color are very good. There are a few Korean monitors that are cheaper, but this is a very good value (I purchased on sale at $449).

Cons: 1. Displayport support is buggy at times. It takes so long to detect the input signal that I never saw my UEFI bootup. No problem with DVI input. 2. Top bezel is the weak spot. DO NOT carry this unit with just to top bezel. It's much heavier than a normal 24" 1080p monitor and if you do that you risk damaging your unit. (Mine doesn't have the "buzz" issue) 3. The stand while sturdy is pretty big. Make sure you have enough space for that.

Overall Review: Other reviewers said this monitor is not good for games due to lag. Well, I suspect the lag doesn't come from the monitor but your hardware. 2560x1440 requires quite a bit more oomph from your computer to drive, especially in current-era (late-2013) FPS like Battlefield 4 or CoD: Ghost. I have a 2-way SLI GTX780 setup and I don't see much noticeable drop in FPS (which has been over 60fps most of the time). You also need a higher dpi mouse to cope with the extra pixel...or use the not-so-precise mouse acceleration feature in most games. As mentioned before, the top bezel is weak. Do not carry it with just that. I really suspect people having the "buzz" issue is probably due to that, or the package person did that. The top bezel is filmsy at best. I used both hands to pull it out and during installation. Knocked off an egg due to the buggy DisplayPort support. DVI dual-link works fine as always.