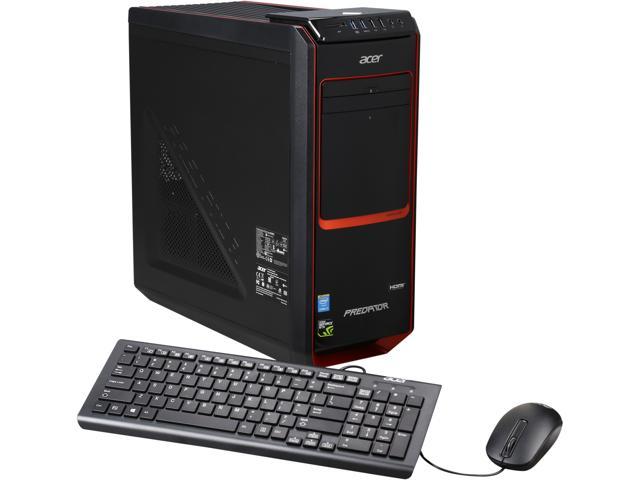 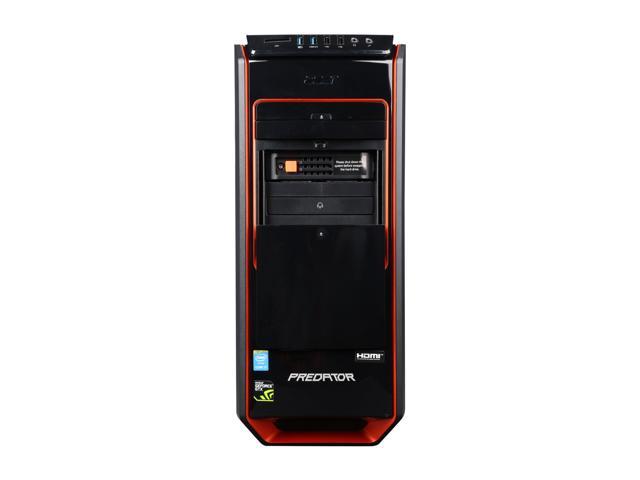 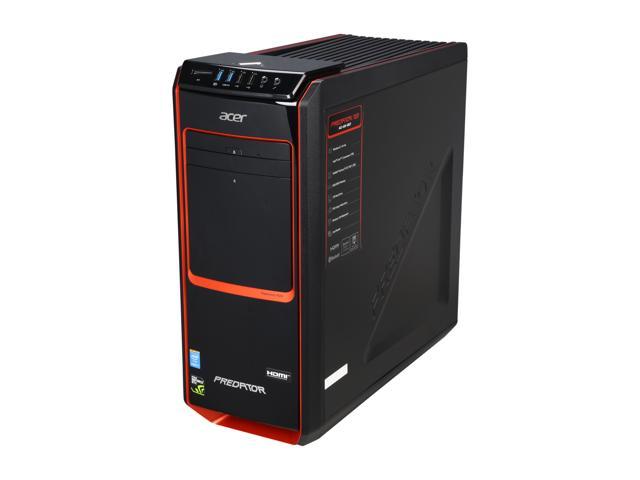 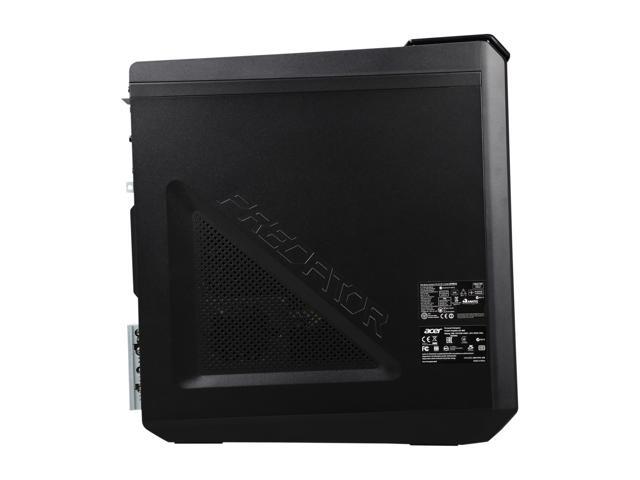 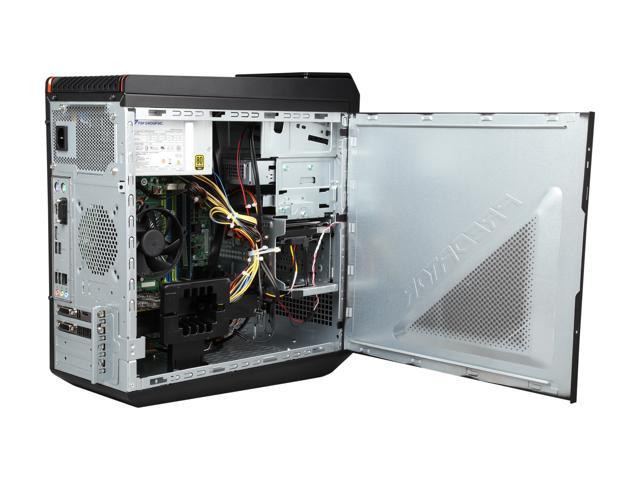 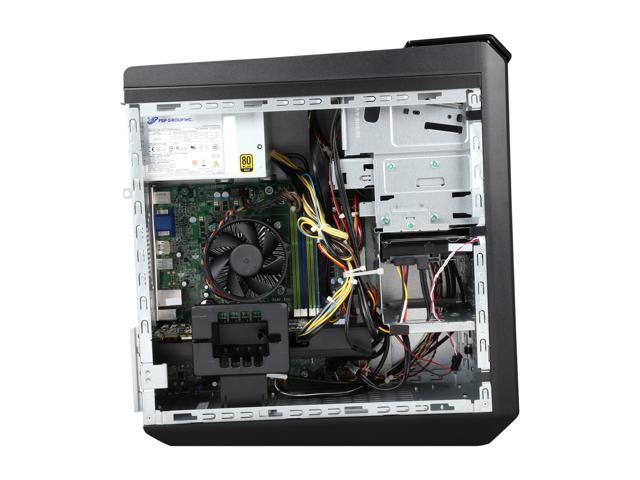 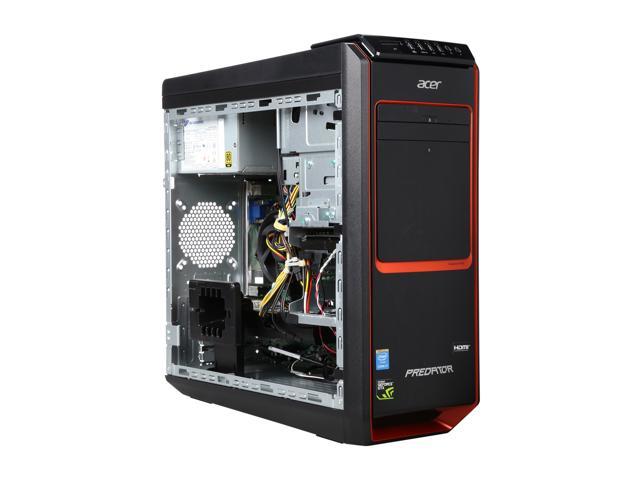 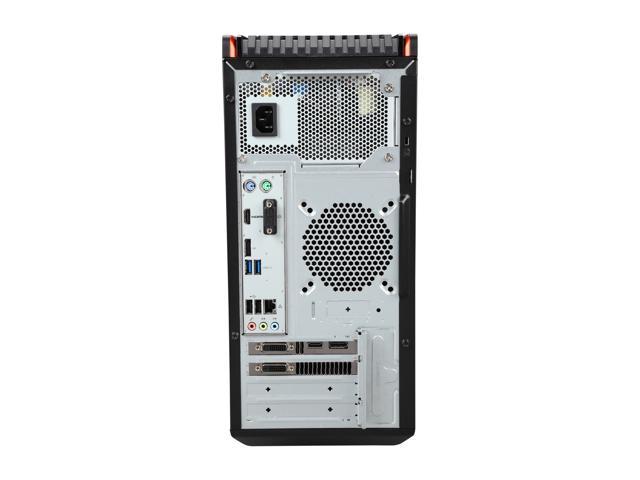 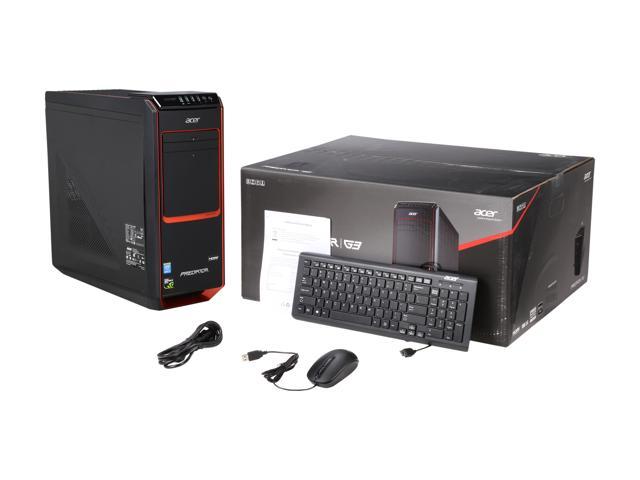 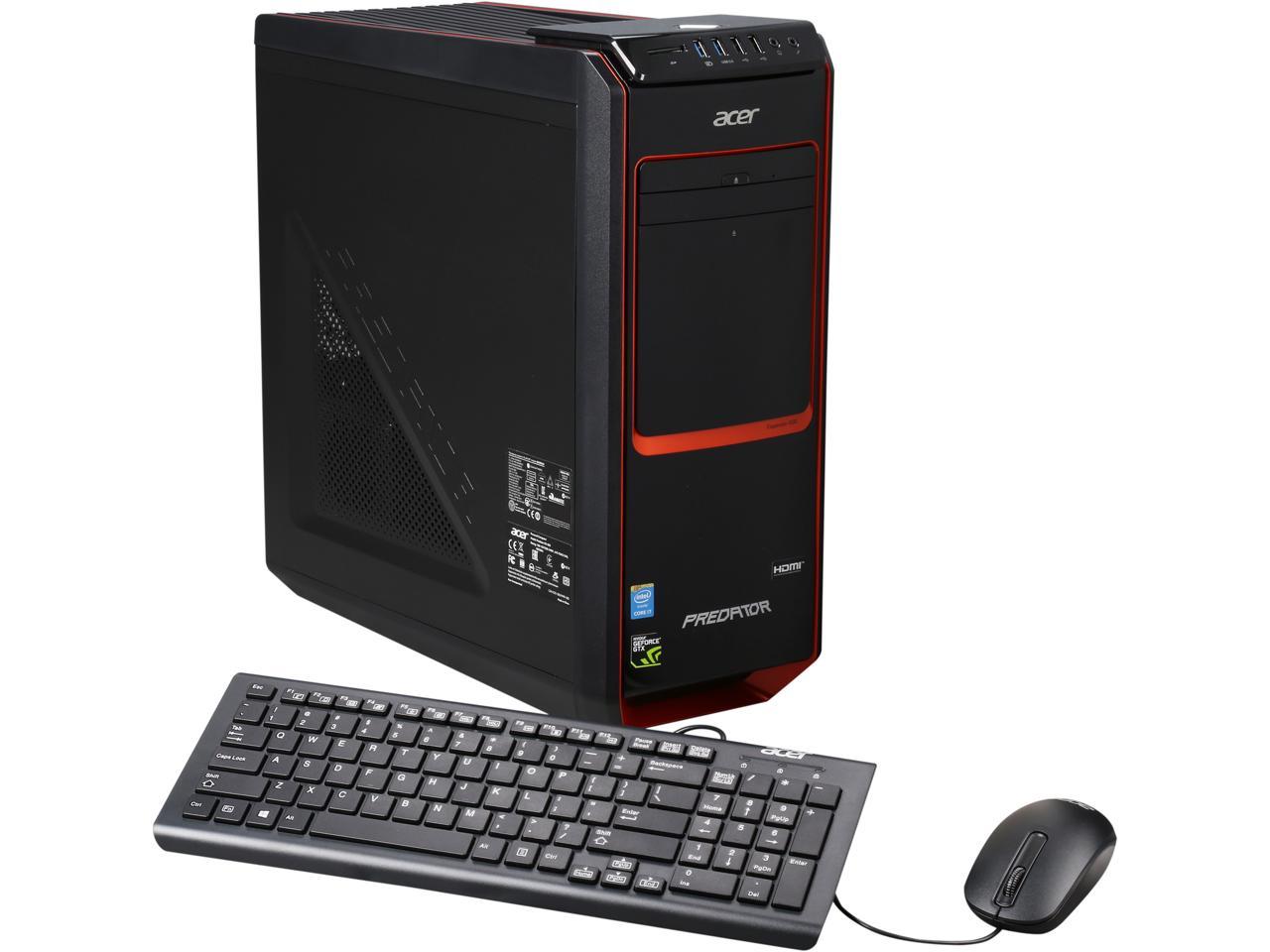 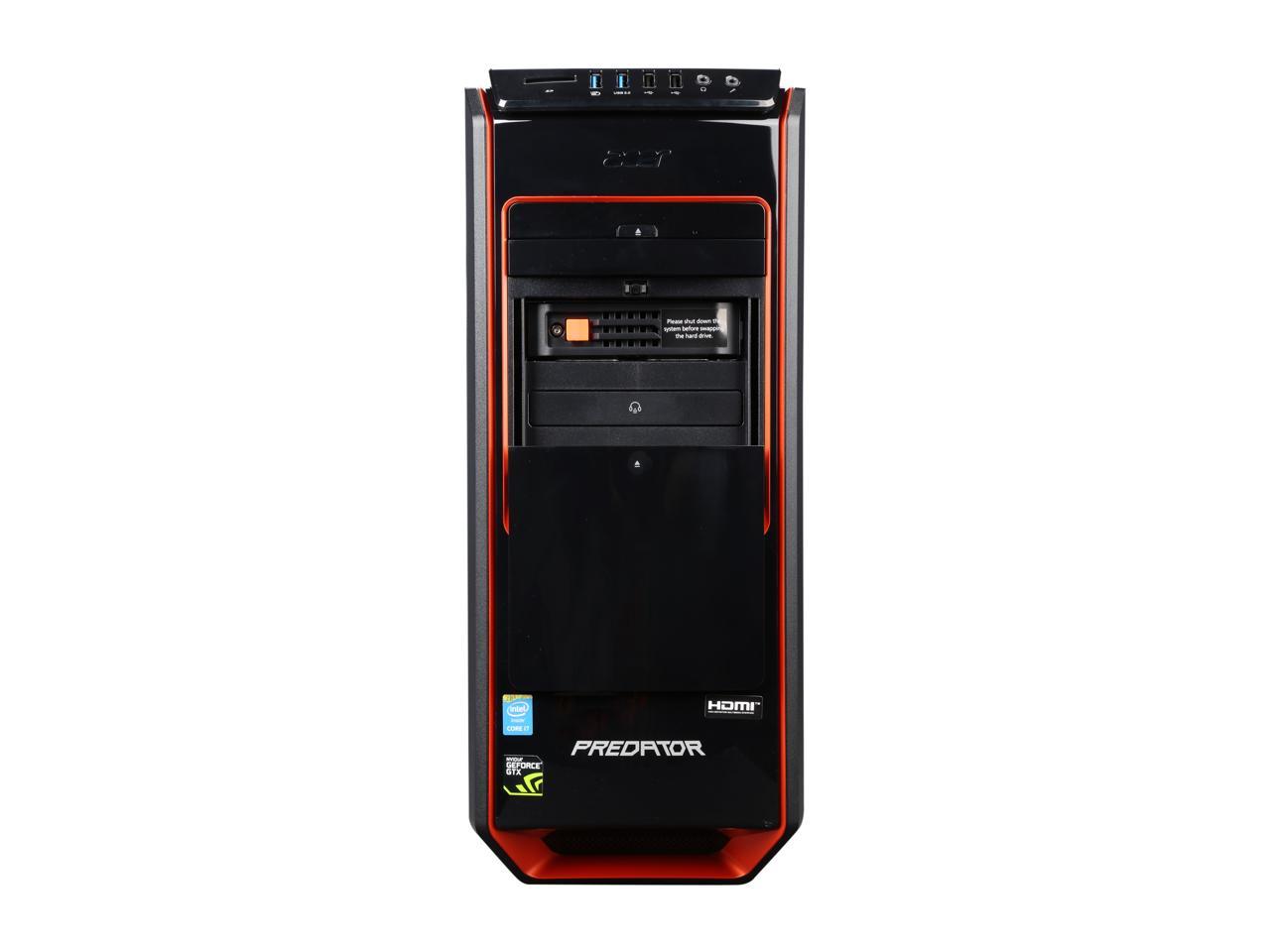 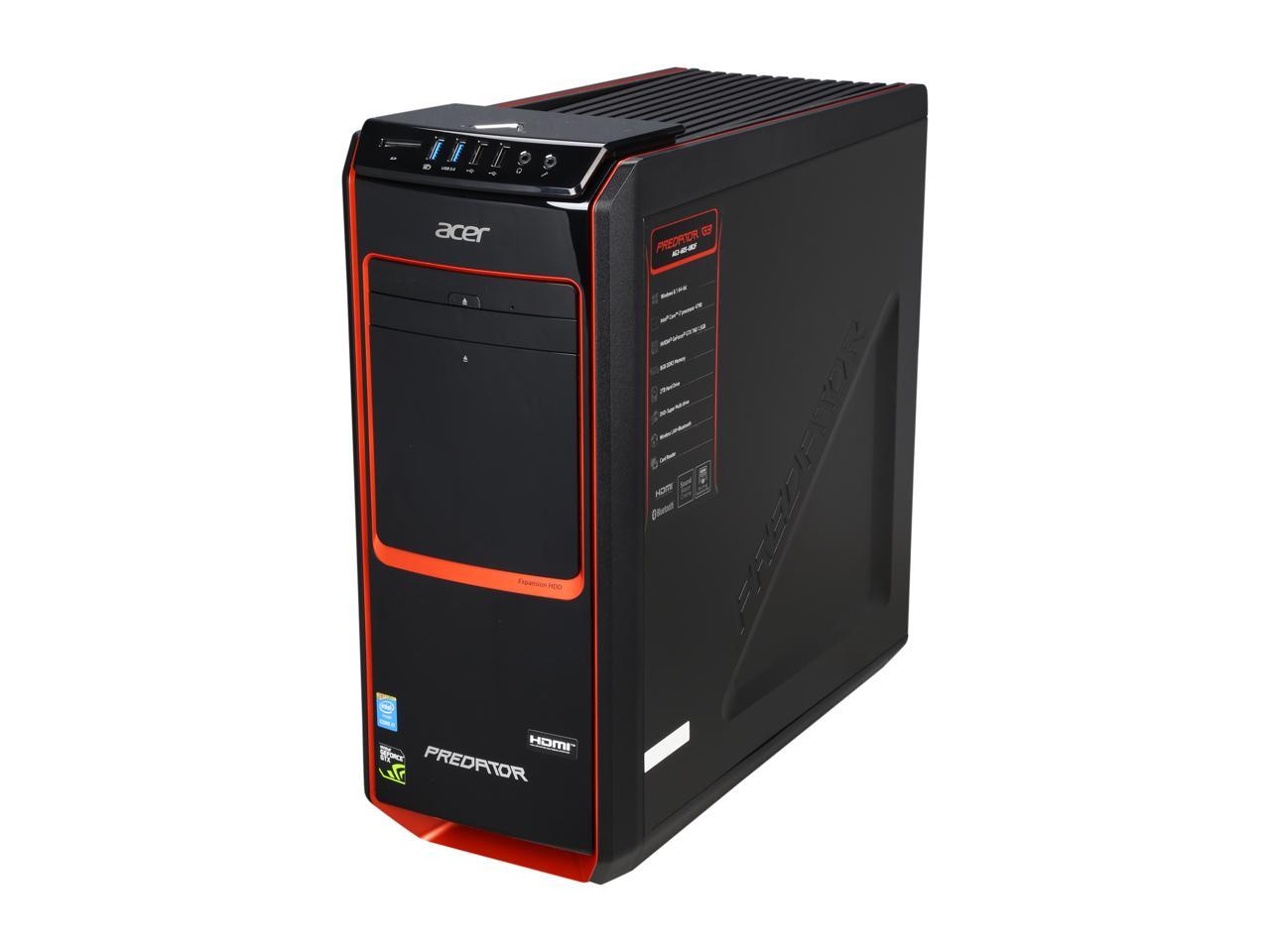 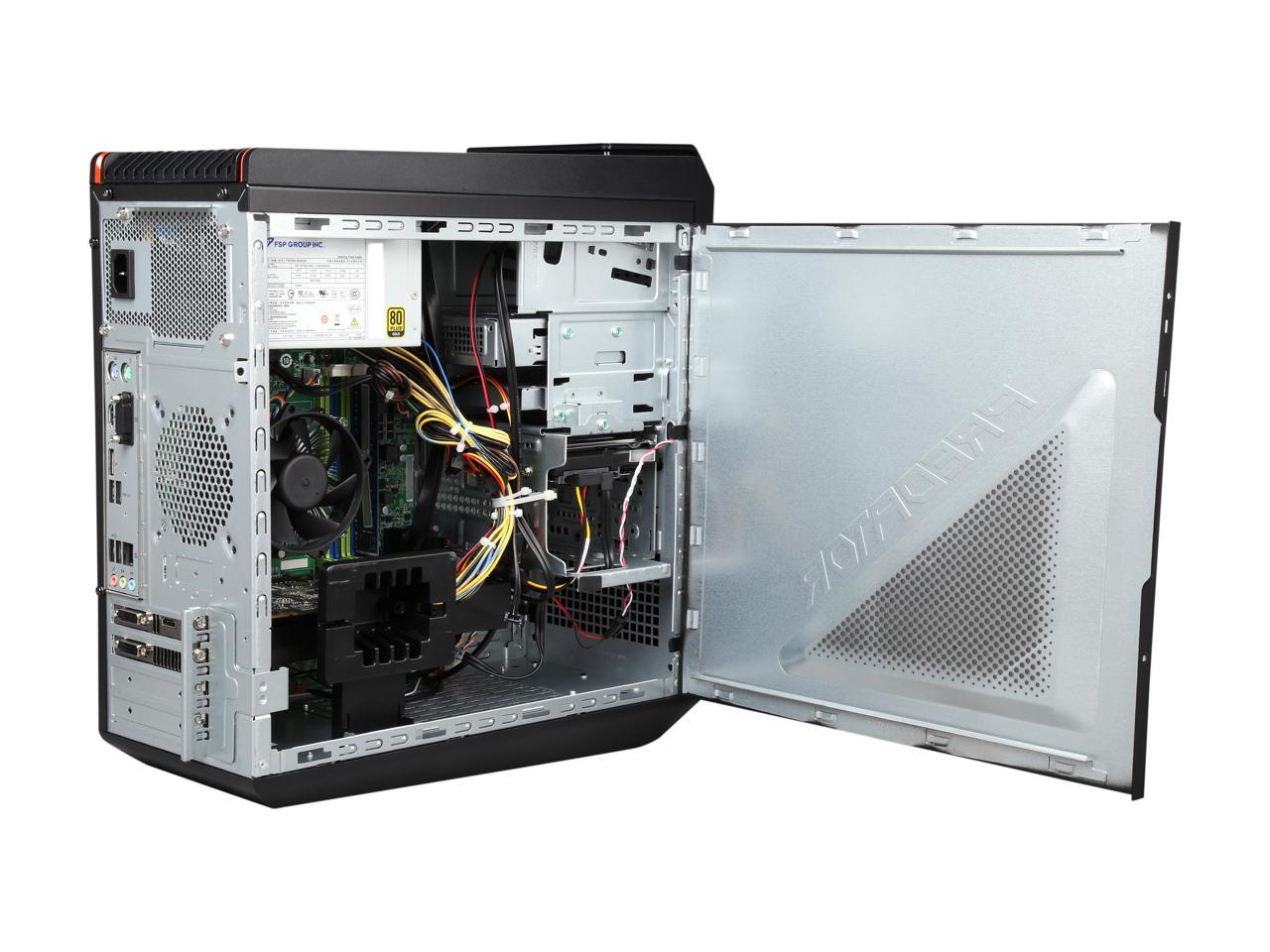 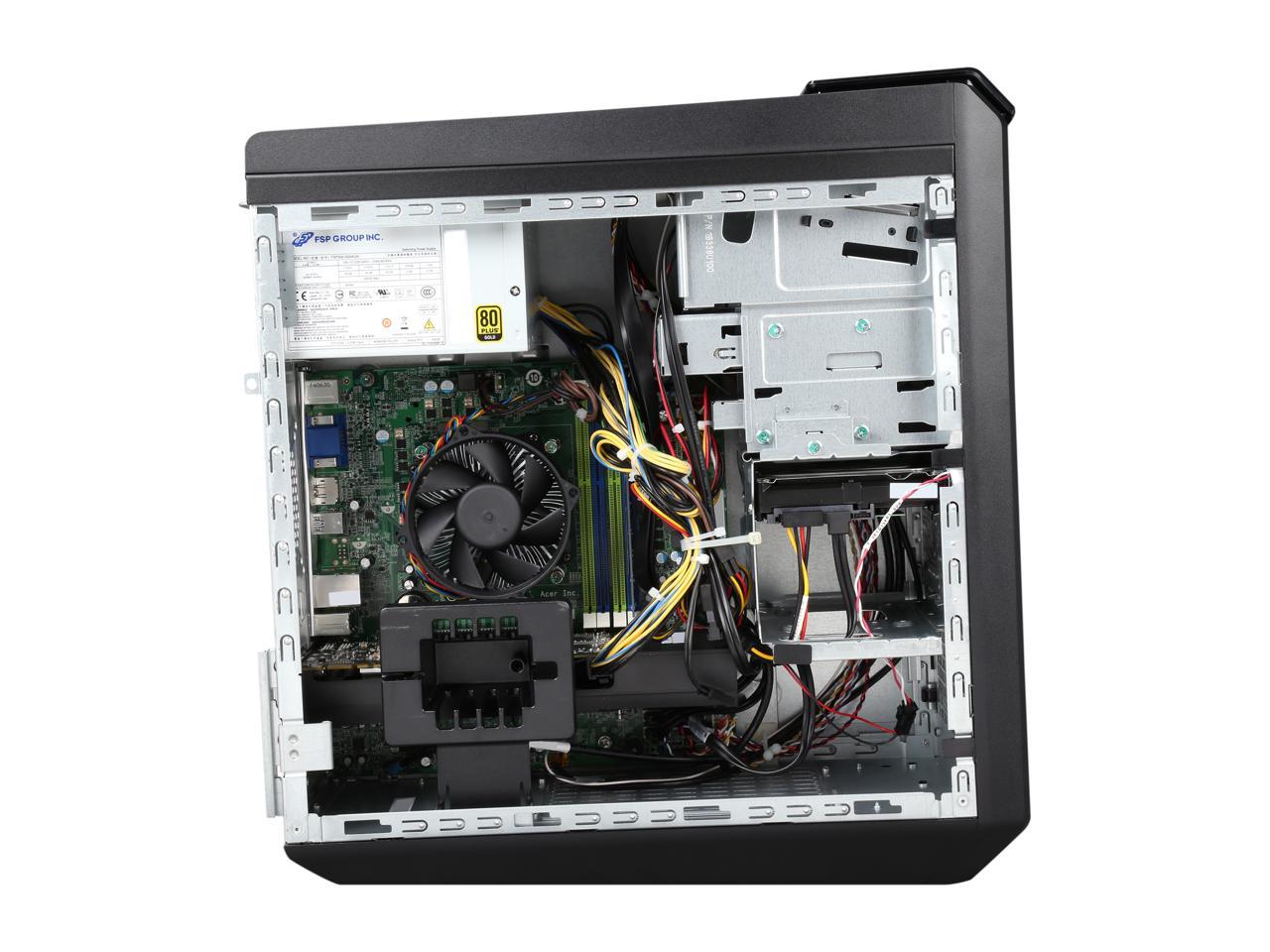 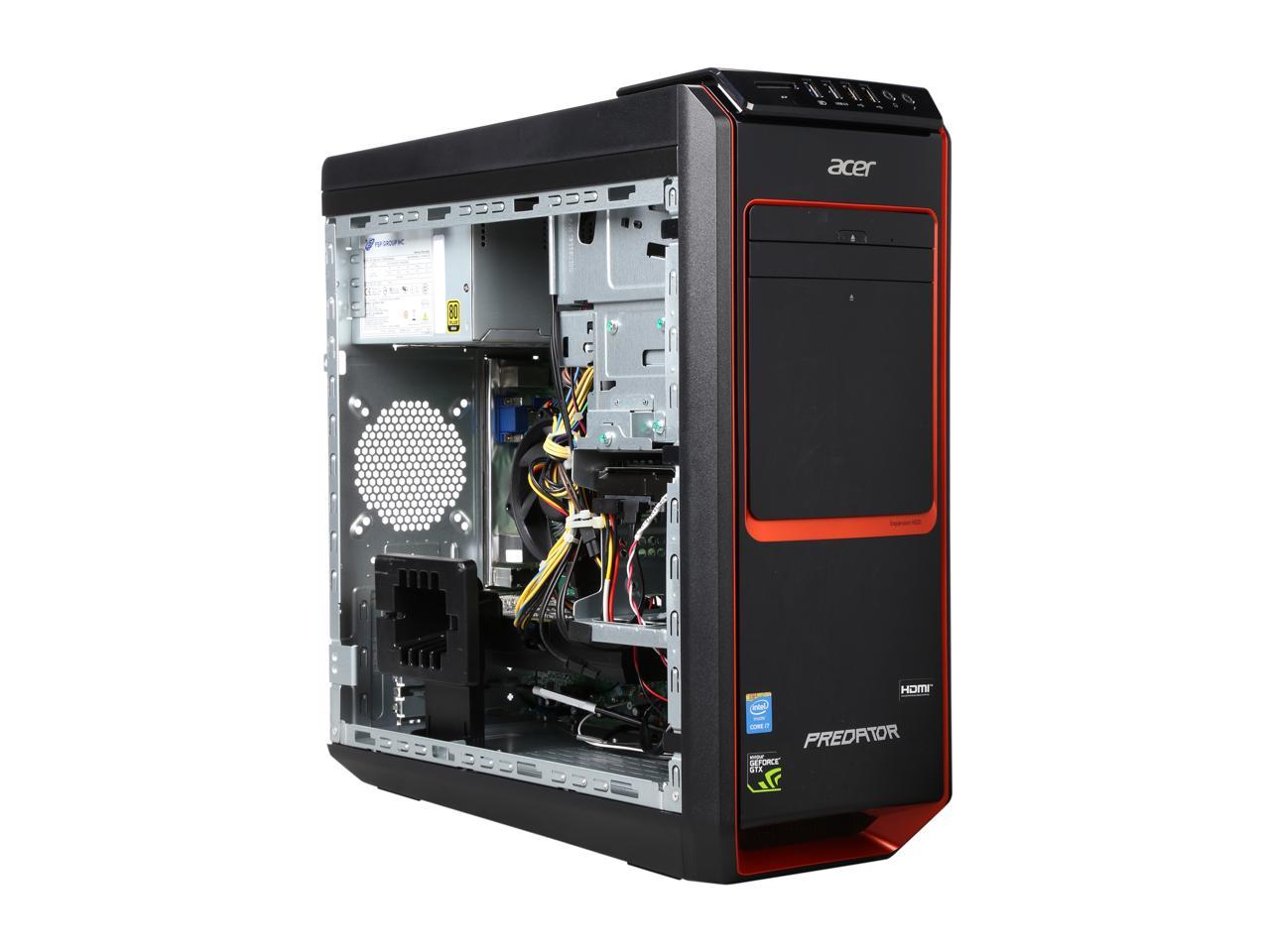 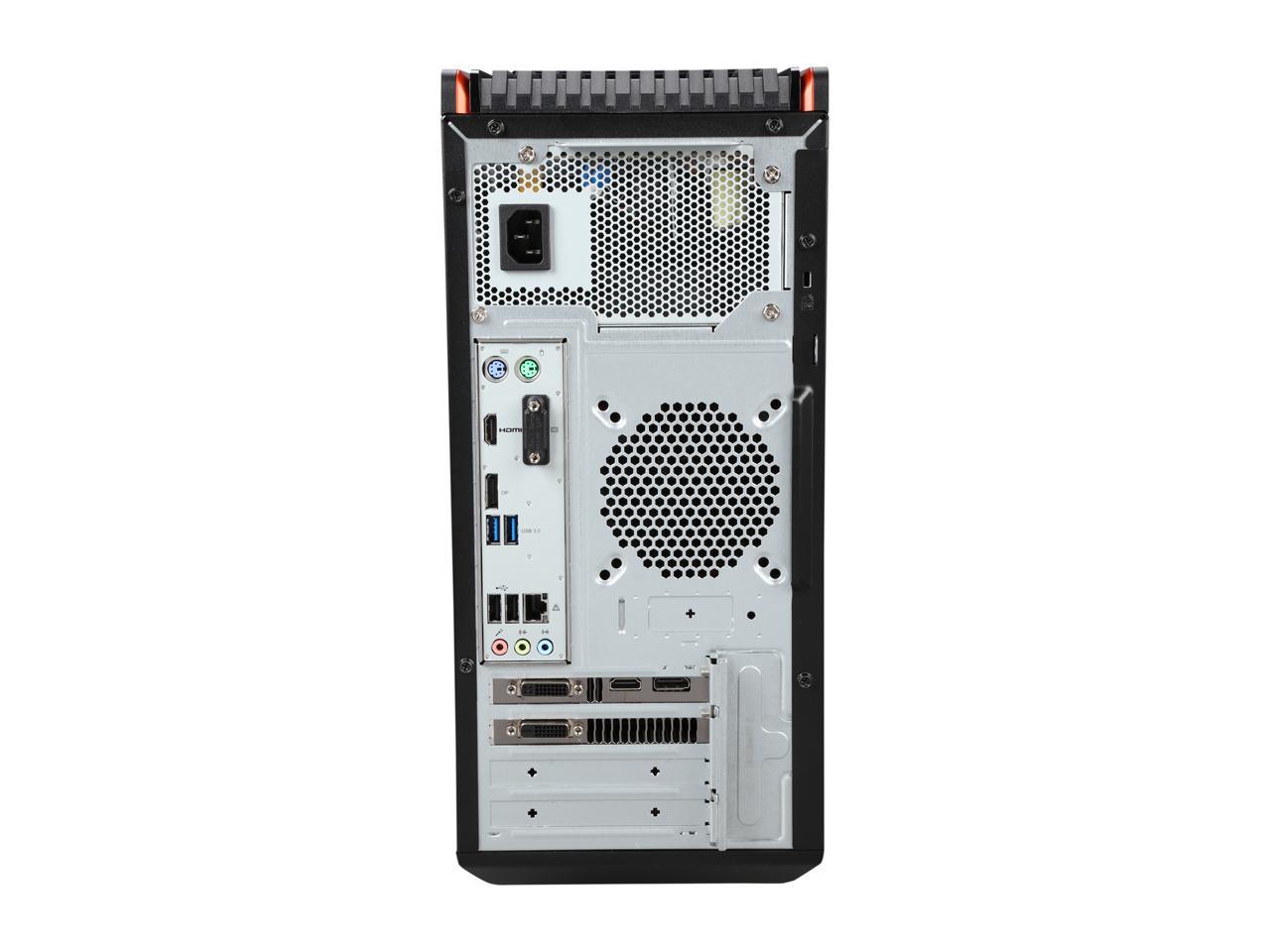 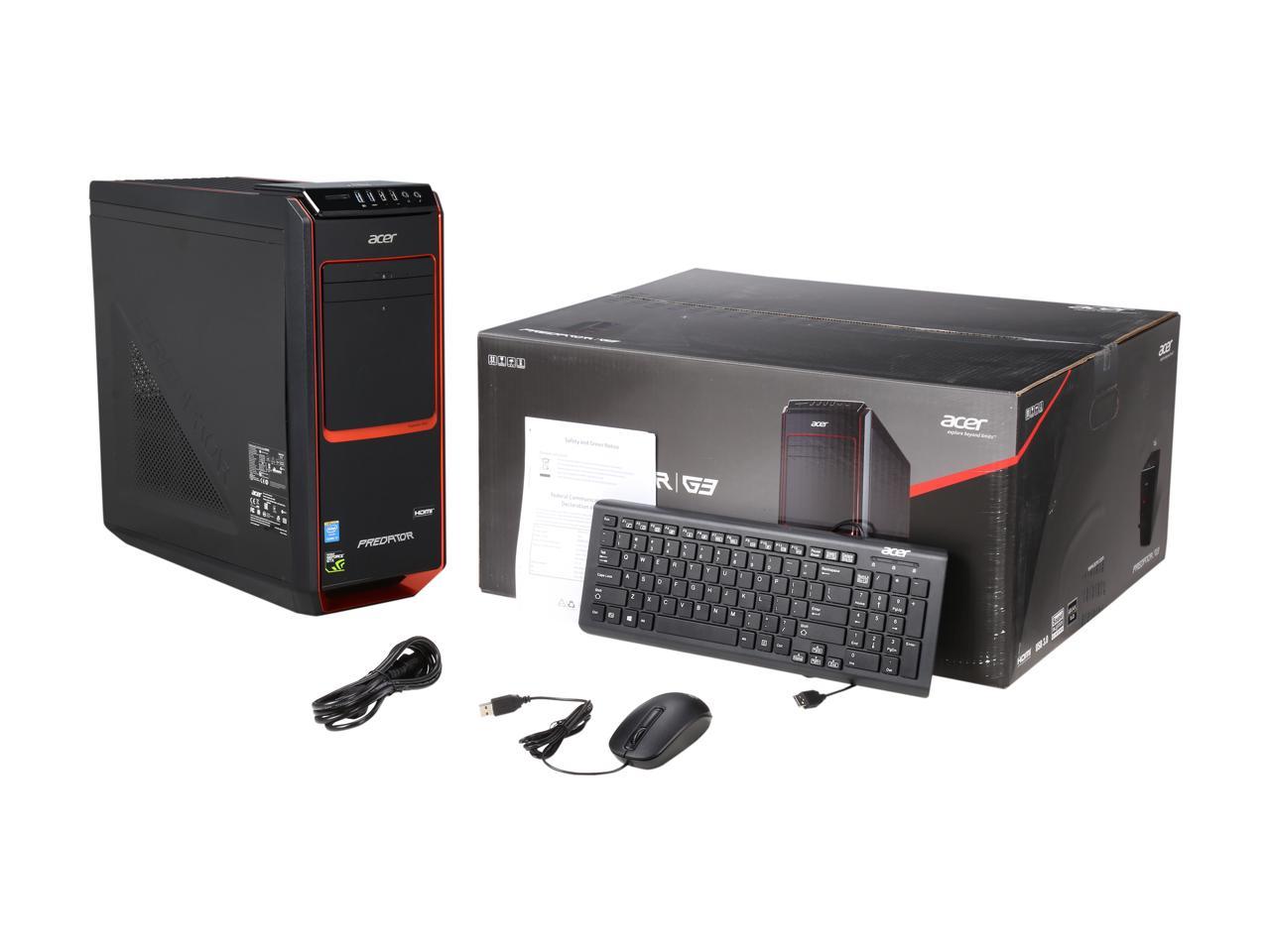 Cons: No Trusted Platform Module (TPM) chip on motherboard for easy use of advanced OS features such as Bitlocker drive encryption (but there are some less convenient workarounds), online Acer support outdated if you ever need it

Overall Review: Buy on sale Great machine if you know what you are doing and don't need online support from the manufacturer to make everything you want to work right. Otherwise, strongly recommended, powerful machine whether you are a gamer or not.

Pros: Picked this up for the Black Friday sale when it was $820. For that price, it was impossible to beat. Don't think I could have made it cheaper if I bought all the components and assembled myself. Specs are good. Very fast processor.

Overall Review: Great deal. The video card is a small annoyance, but haven't run into performance issues when gaming yet.

Pros: When properly running, spectacular performance while gaming and general speed of operations.

Cons: All of that is undermined by the fact that the PSU is so inadequate to handle the components, that random shutdowns and reboots plague this system constantly. 500W is sufficient, but the fact that the company refuses to elaborate on the specific model of the power supply should say something. Despite having minimum wattage, something about the model causes it to be insufficient. And being a prebuilt, if you want to upgrade the PSU, you need to upgrade the motherboard as well considering it has a modified connector port to for the PSU.

Overall Review: In short, it runs amazingly when it actually runs. But the power supply is garbage. Not enough to run the system without triggering reboots. Avoid this system.

Overall Review: Overall, this is a pretty solid rig for the price. I picked it up on a Black Friday special and am very satisfied with my purchase.

Overall Review: I was a little worried about the graphics card when I placed the order, but my fears have turned out to be unwarranted. It can handle every game I have, along with some upcoming ones, at maximum settings without issue. It's the system's weakest link, but it isn't bad at all. I'll be upgrading the graphics card in a year or so- but it's the only thing that needs it. Seriously, this processor is GREAT

Pros: Good build for the price. The 8gb comes on a solitary stick making the upgrade more convenient. Processor doesn't even blink at most things thrown at it (heavy use staying under 40%). Sleek and Sexy with out all the teenager tron lights you see on most X-Tream Gaming systems.

Cons: There is a real clicky fan in there somewhere, and The 1.5gb card struggles in high to ultra settings in games like Farcry 4, or Shadows of Mordor. These issues are minor (frame rate plummets) and usually clear up fairly quick. Nonetheless, a video card is high on my list of upgrades.

Pros: VERY Fast! I added a SSD to this rig and its just flys

Cons: none I can think of