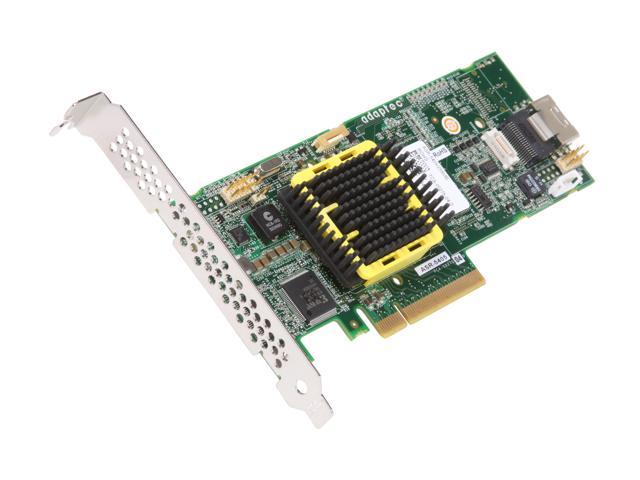 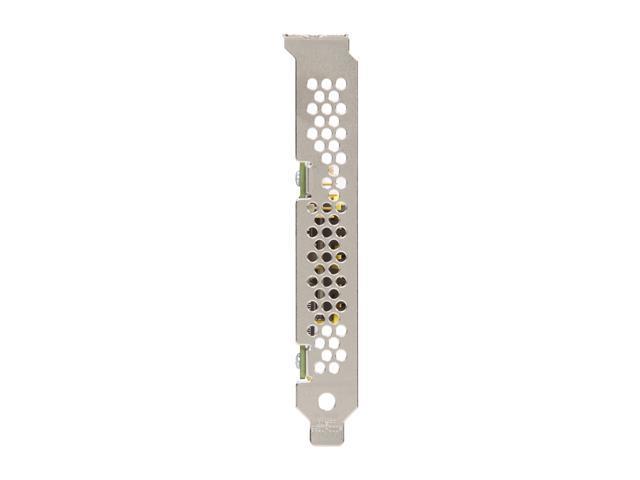 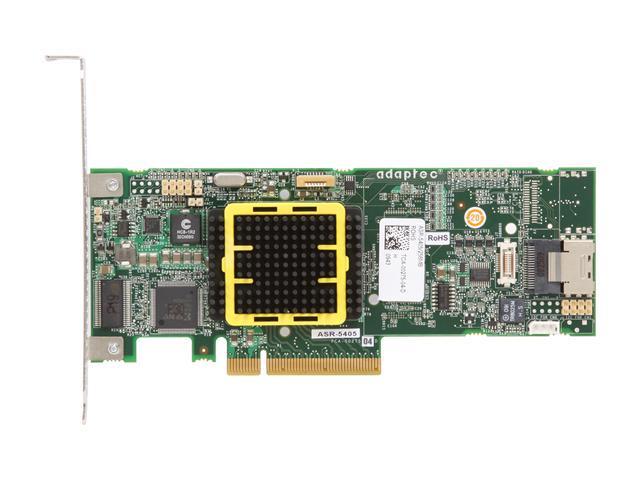 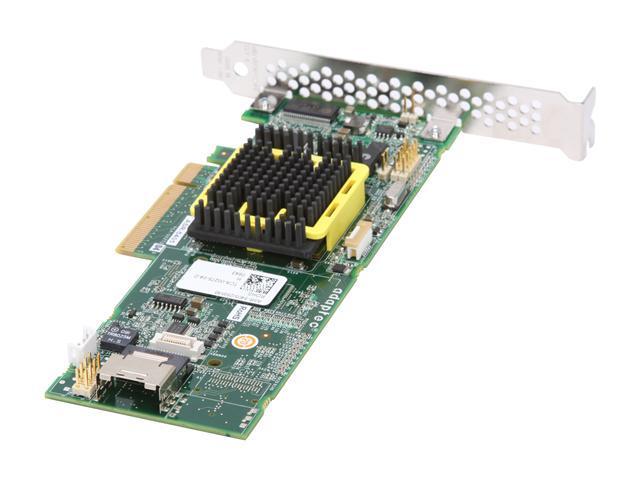 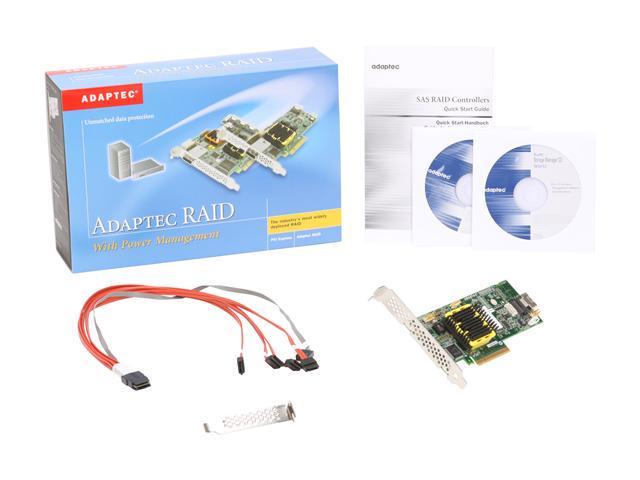 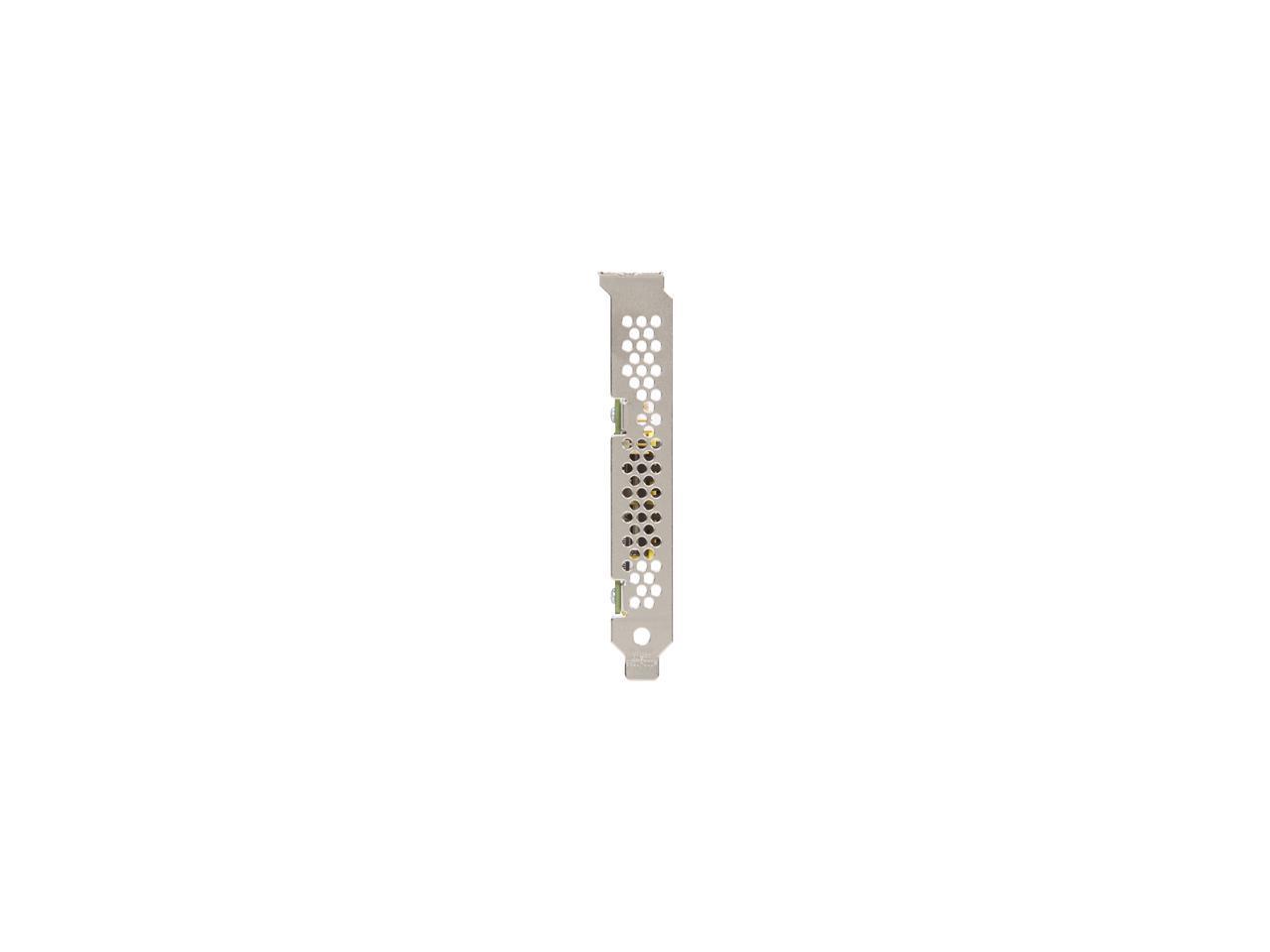 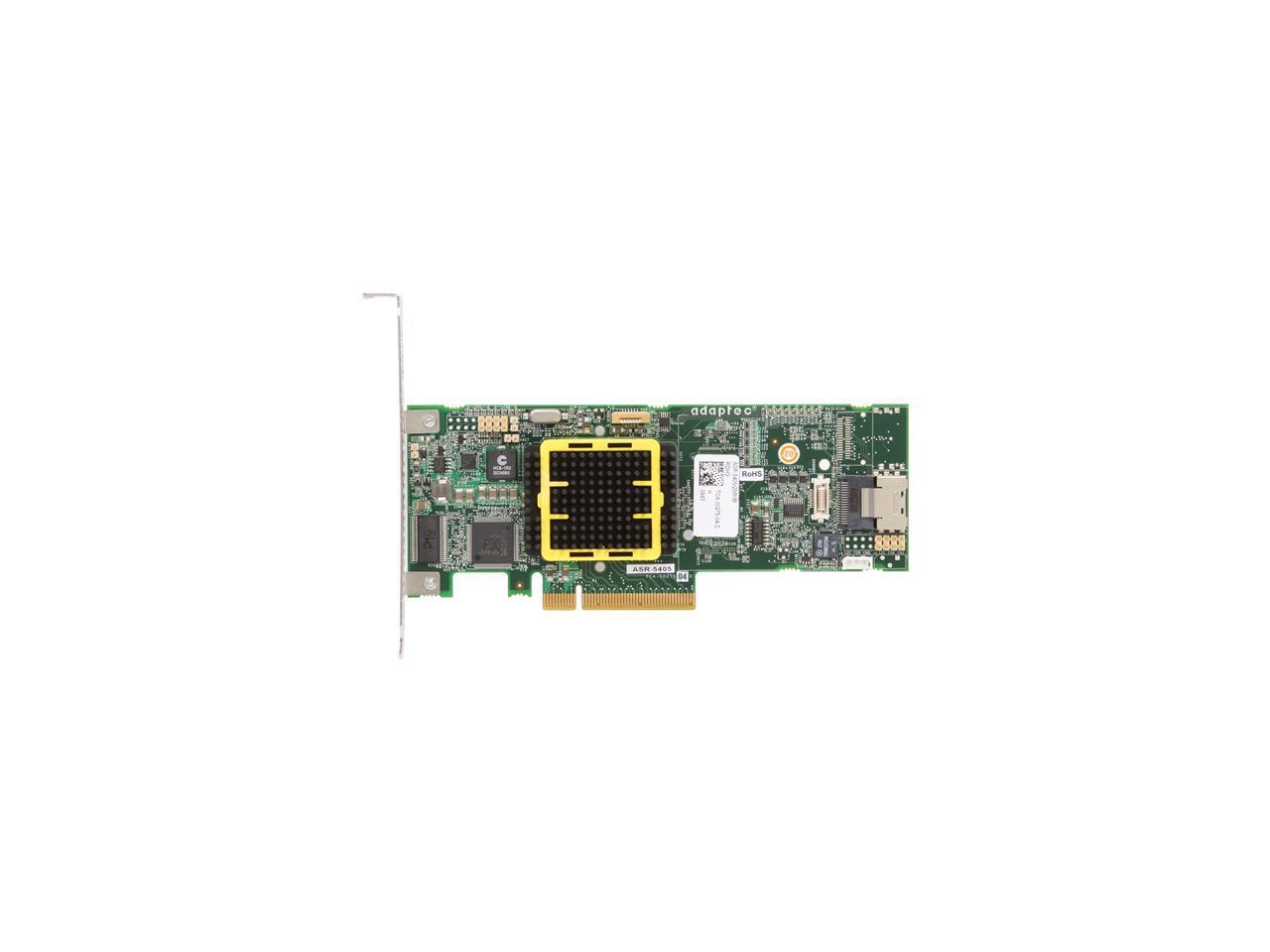 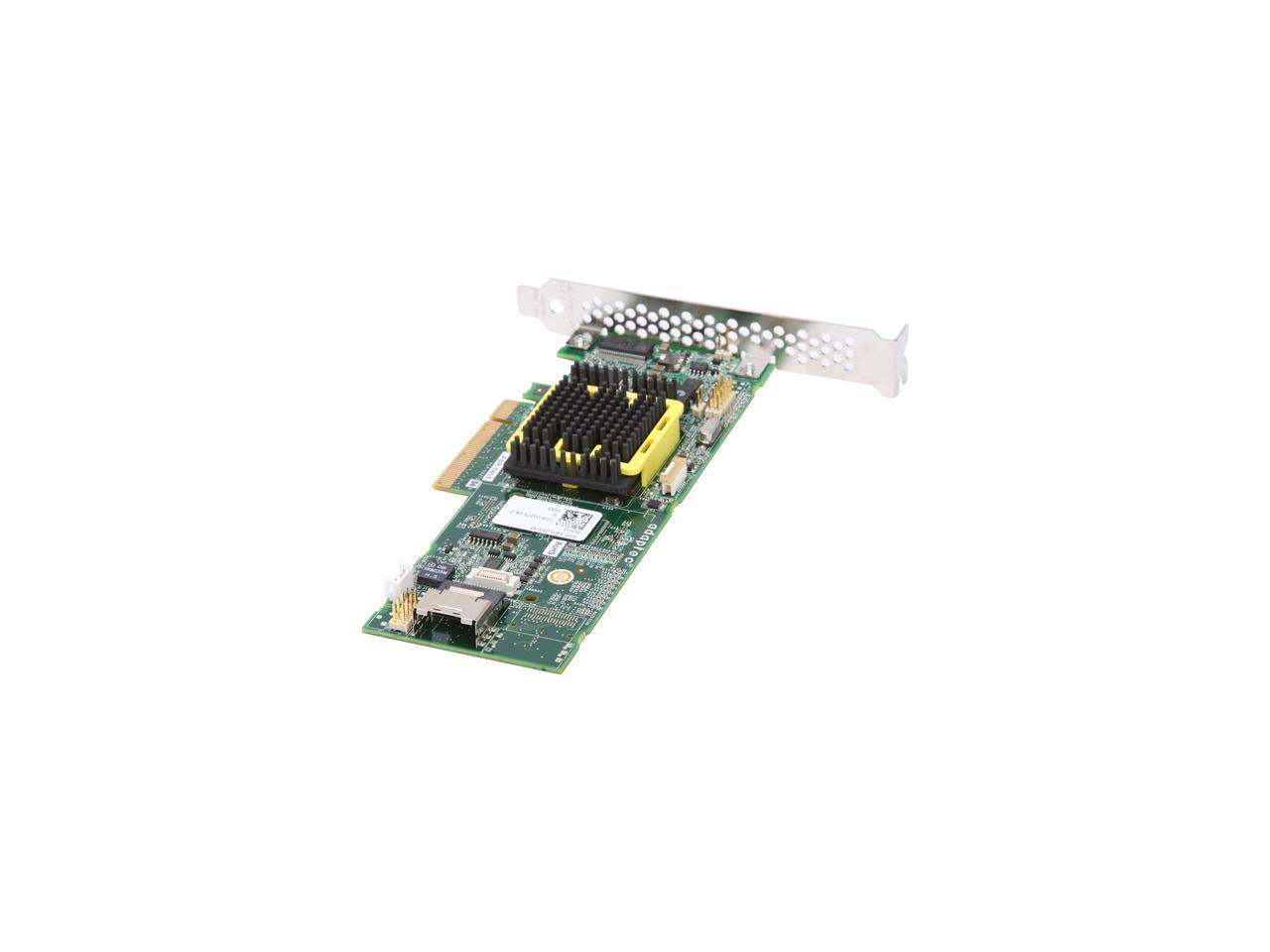 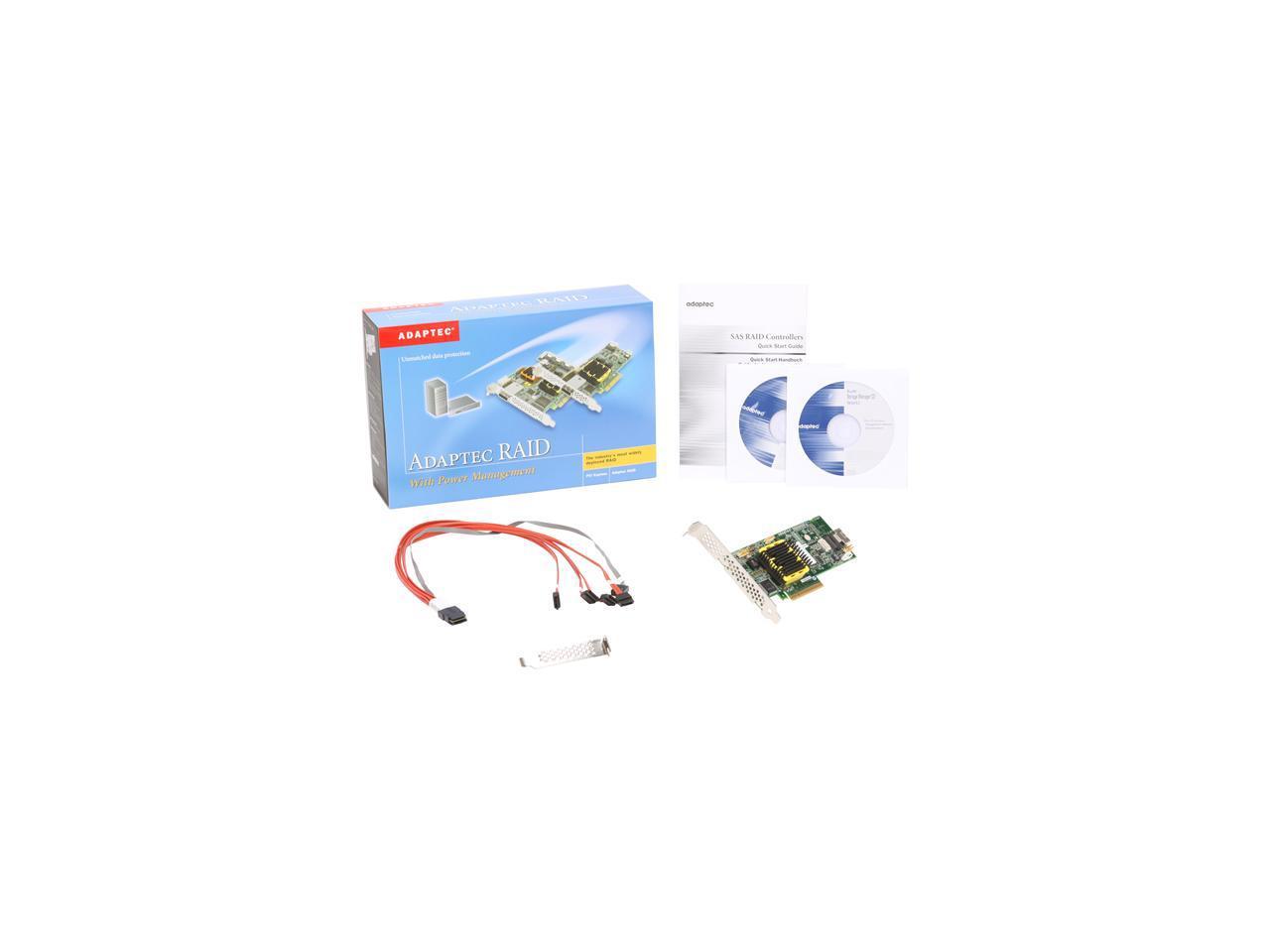 (14) Write a Review
In stock.
Ships from United States.
Most customers receive within 4-8 days.
Specs
Reviews

Pros: 1 year ownership on this card and it has proven to be the best money I've spent for my system. After three months I decided to beef up my system and go for more than just 4 SSD's, which required me buying a Chenbro expander, which worked wonderfully. Altogether this card is now running 12 SSD's in multiple arrays. On my 240GB OS array I am benchmarking right around 1.2 Gbps reads and 780 Mbps writes!!! Setup is straighforward and the card-based utility is easy and intuitive. Managment software is very good. I sugest the 800T battery backup for write-through. If you do video editing YOU NEED high I/O. MSI 790FX-GD70 AMD 965BE Adaptec 5405 OCZ Vertex SSD x8 OCZ Apex x4 XFX 4890x2 Windows 7 64bit No compatability issues. Adaptec has the best driver support I've ever seen for any product on the market. Seriously, they must have done 6 or more Firmware/Driver updates over the last year. Not that you need to, but it shows the dilligence of the company.

Cons: No joke, this baby runs hot. I custom mounted a 50mm fan above the heatsink and added a case fan above the PCIe lanes...problem solved. If there is a gripe...this is it. Adaptec needs to acknowledge it and provide more than just the passive cooling heatsink.

Overall Review: I am building another system. This time I'll get the 51245, this way I wont need the Chenbro expander and I'll get that space back in the case. Adaptec now makes the 5405Z...NAND flash backup and no battery backup required. Also, there's no need to buy all those SSD's anymore. Adaptec now has a hybrid array system called MaxIQ. It's a couple standard HDD's and only ONE SSD...they say they've increased array speeds by 5X. Bravo Adaptec. (when can we expect a 51245Z?)

Pros: It's small and doesn't take up much room. Comes with fan out cable. When in the right case, it's a great RAID card.

Cons: It gets VERY HOT and will sound a very loud buzzer to let you know. I am running one in a water cooled case with decent airflow and it still gets too hot. I would pass unless you have very good airflow and nothing else in your chassis that will get hot.

Overall Review: It would be nice if Adaptec did something else to help cool this little monster.

Pros: The card is blazing fast, works as advertised.

Cons: I have to disable the card BIOS on my motherboard (M2N32-SLI) in order to get it to install any OS. This maybe because my motherboard is a bit older, I will be trying it again later this week once my Core i7 setup arrives. The card does get HOT.

Overall Review: Maybe expensive but kicks the hell out of software raid

Overall Review: I have had this card in a home server running ESXi 4.1 U1 for nearly 6 months without a hickup. It is best to use drives that support TLER/ERC/CCTL (all the same concept). I am running 4 WD RE4 drives on it and they perform flawlessly. You MUST have sufficient airflow for this card for it is passively cooled and this is why I gave it 4/5 eggs. I attached a 50mm case fan to it with zip ties and it cooled it right down! Adaptec really needs to get a better heatsink (copper) on this thing. The fan I purchased was "EVERCOOL FAN-EC5020M12CA 50mm Case Fan"

Cons: WILL NOT WORK WITH CURRENT (April 2011) SANDYBRIDGE EFI-BASED MOBOS! That said, it seems more like an EFI maturity issue more than an Adaptec one. Also, you can currently avoid pure-EFI if you purchase a Gigabyte mobo (as of now at least, since they didn't do much other than grafting the GPT support onto the BIOS it seems) and it will work fine. (We have it in a P67A-UD4-B3.) Oh, and as everyone else said, it runs hot. Put some fans right next to it.

Overall Review: I am not associated with Gigabyte in any way. I'm just trying to save other potential buyers of this card some big headaches.

Overall Review: I love this card. It does get very hot but I added PCI slot fan, now its cool to the touch.

Pros: Extremely easy setup. Had a 1+0 array up in a couple of minutes. The cost is also great if you're used to Adaptec's other offerings. LED status lights are memorizing; can you say "Night Rider"?

Cons: Card's CPU runs HOT HOT HOT. Get yourself a cheap 4 dollar 50mm fan and a couple of zipties and you're good to go.

Overall Review: A card like this is a must if you're looking to really take advantage of the performance increase that a raid array typically offers.

Pros: Setting up RAID with Adaptec Cards and purchasing from Newegg is all you need.

Cons: Jump for the higher end cards that start with a 6.

Overall Review: Once you know, You Newegg.