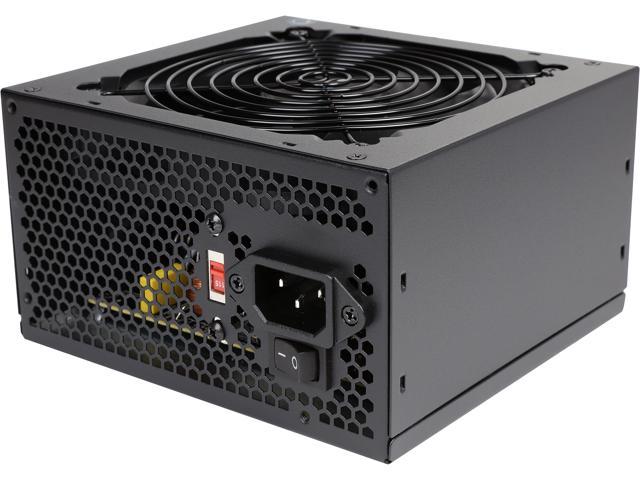 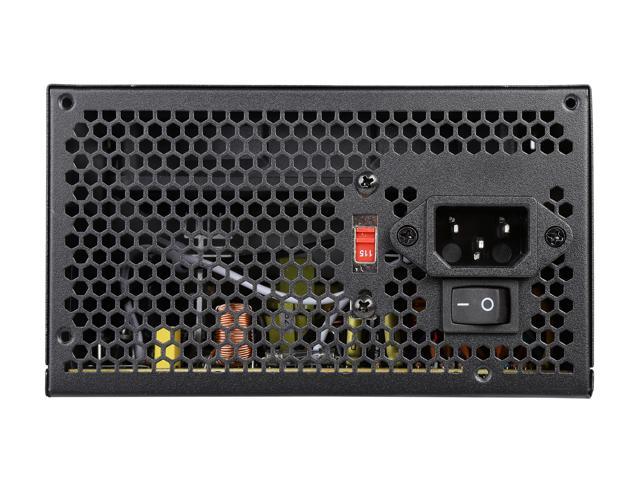 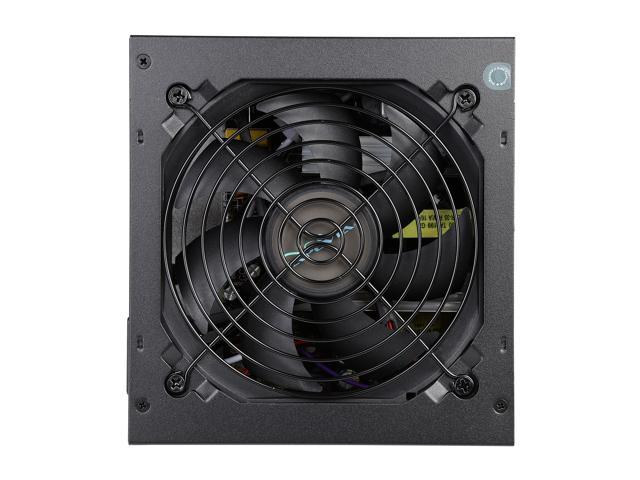 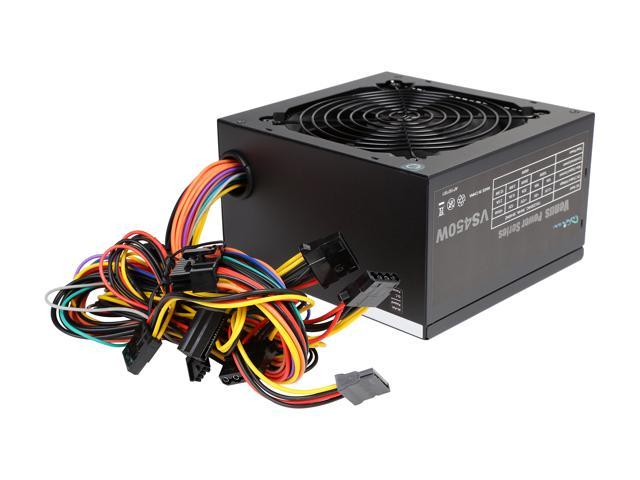 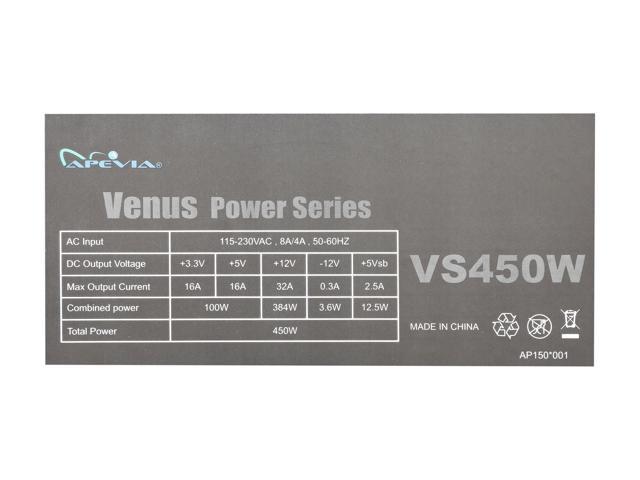 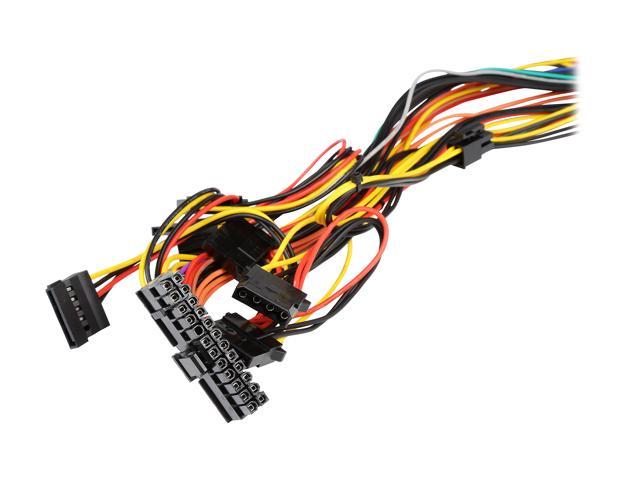 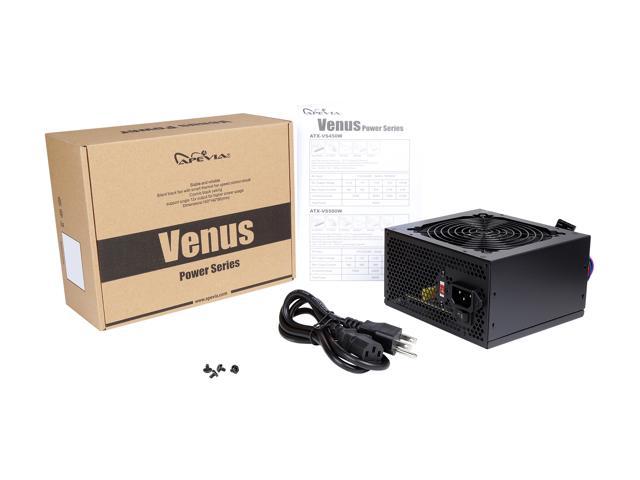 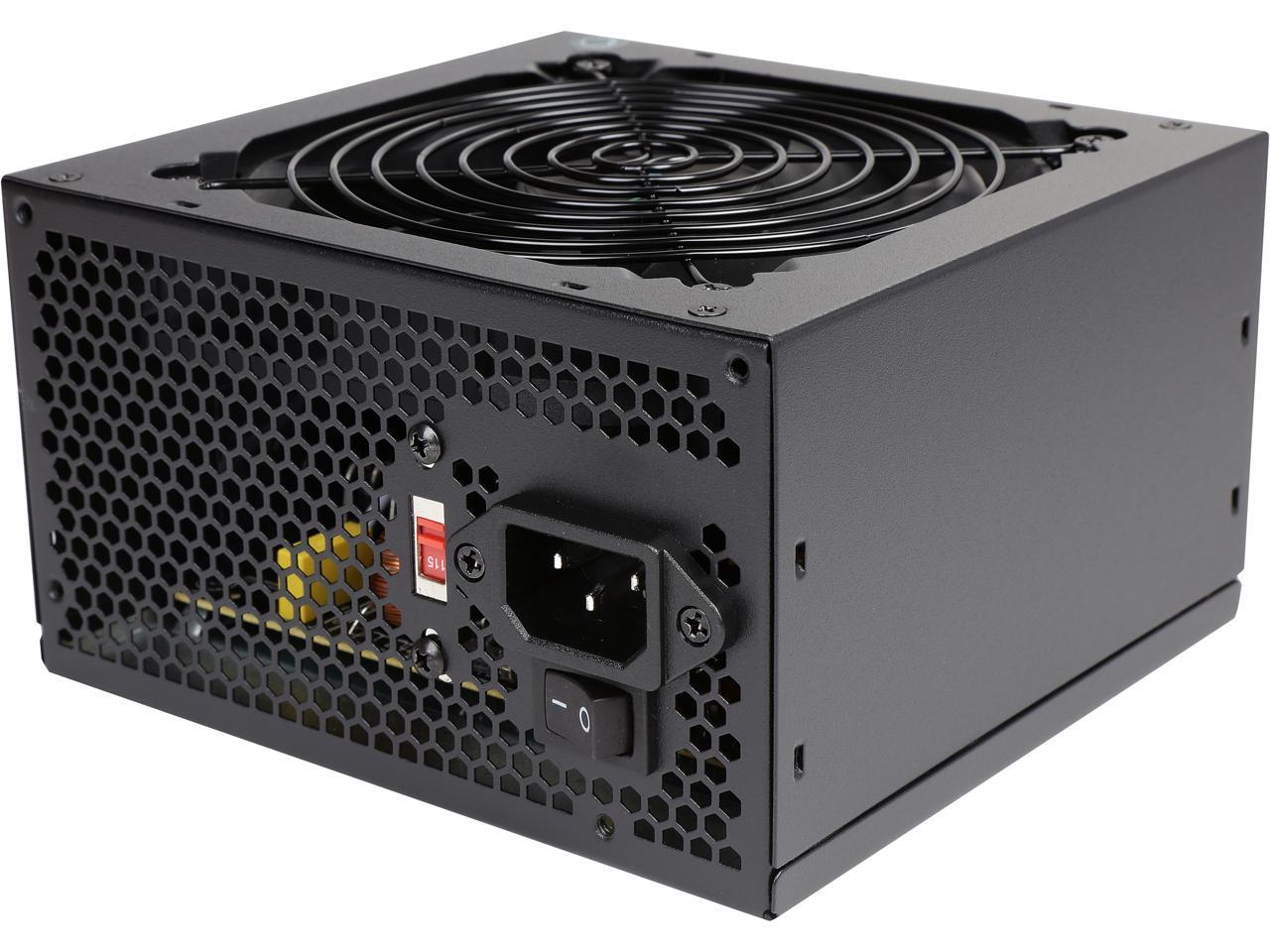 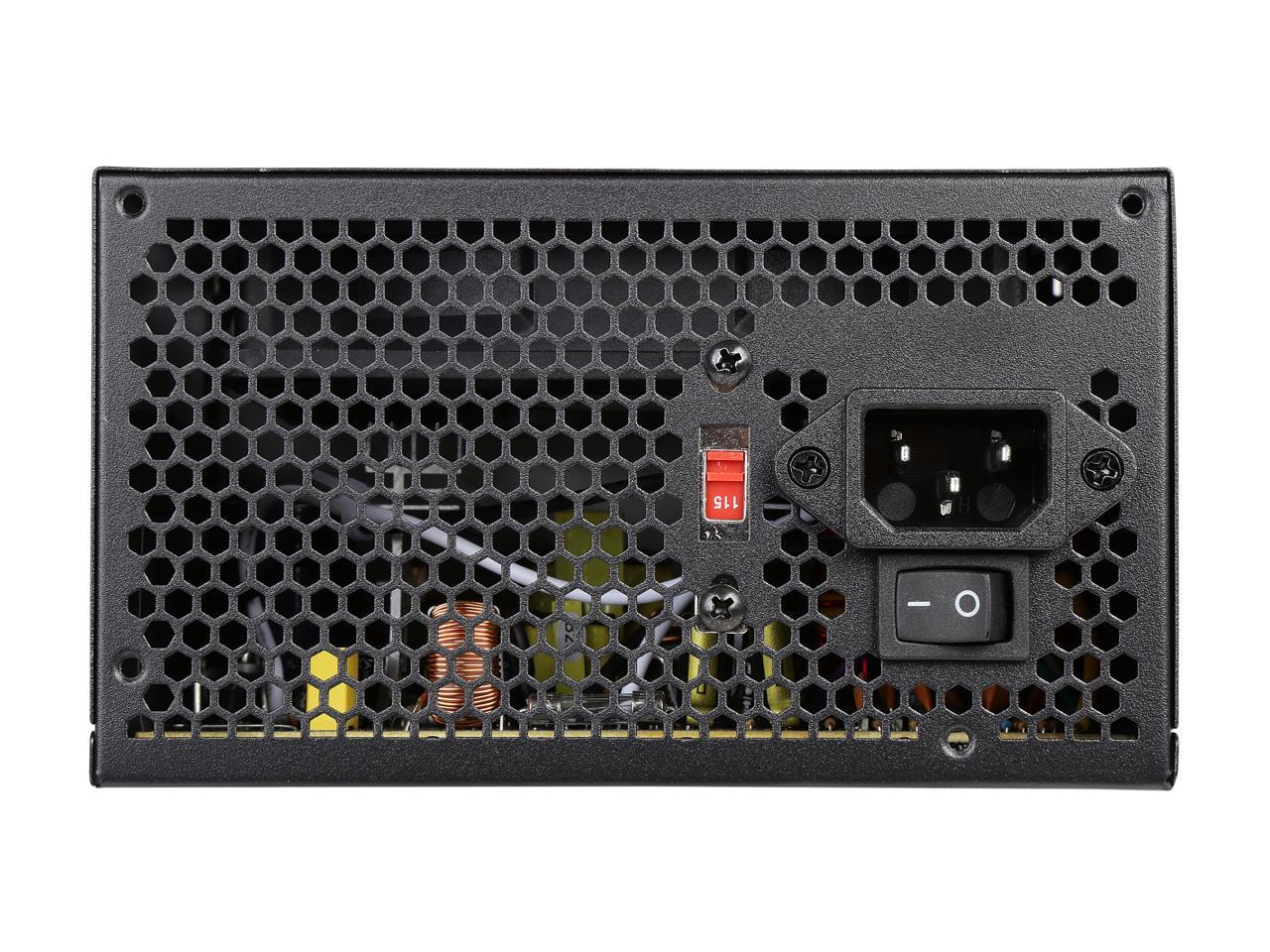 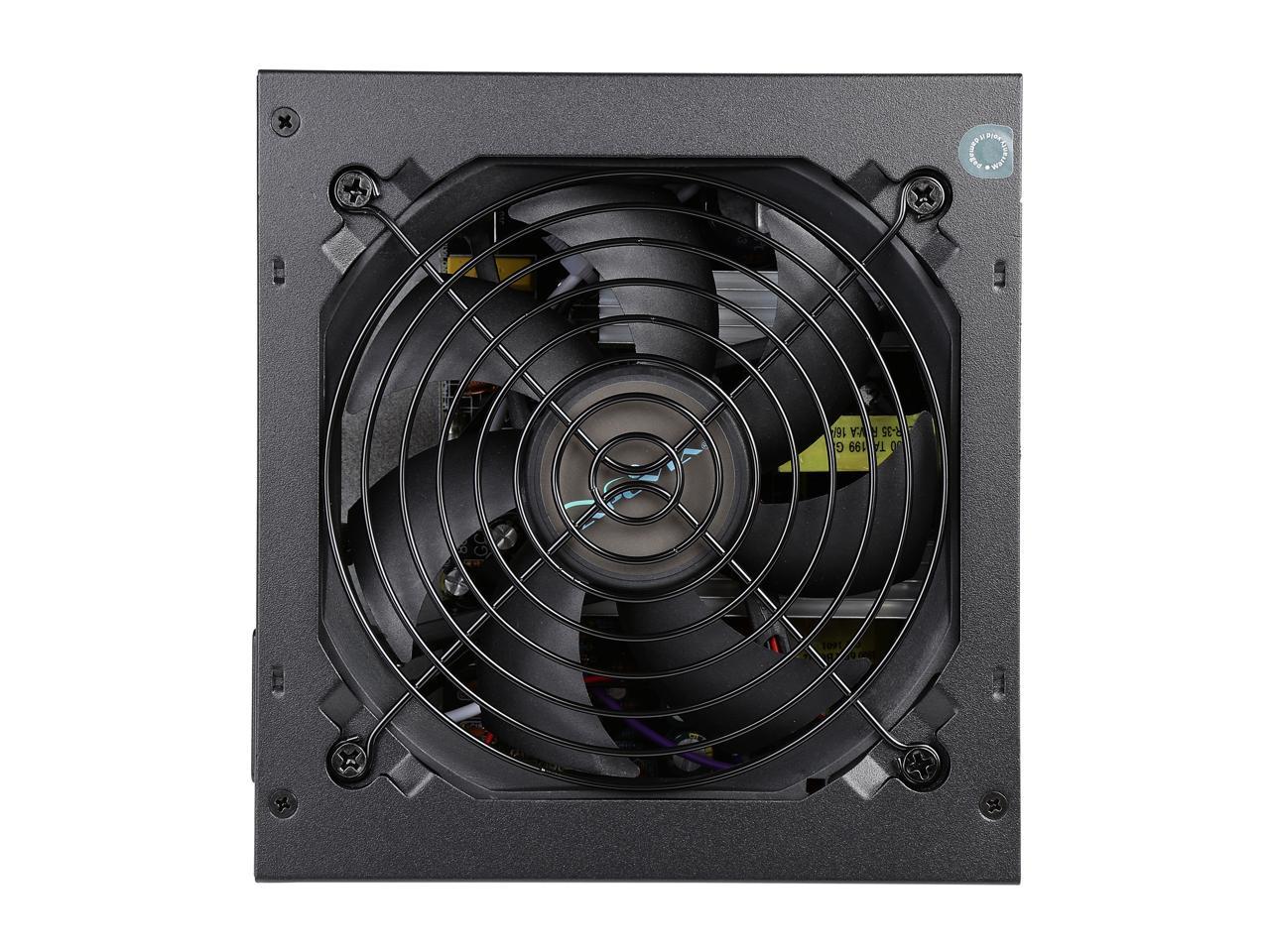 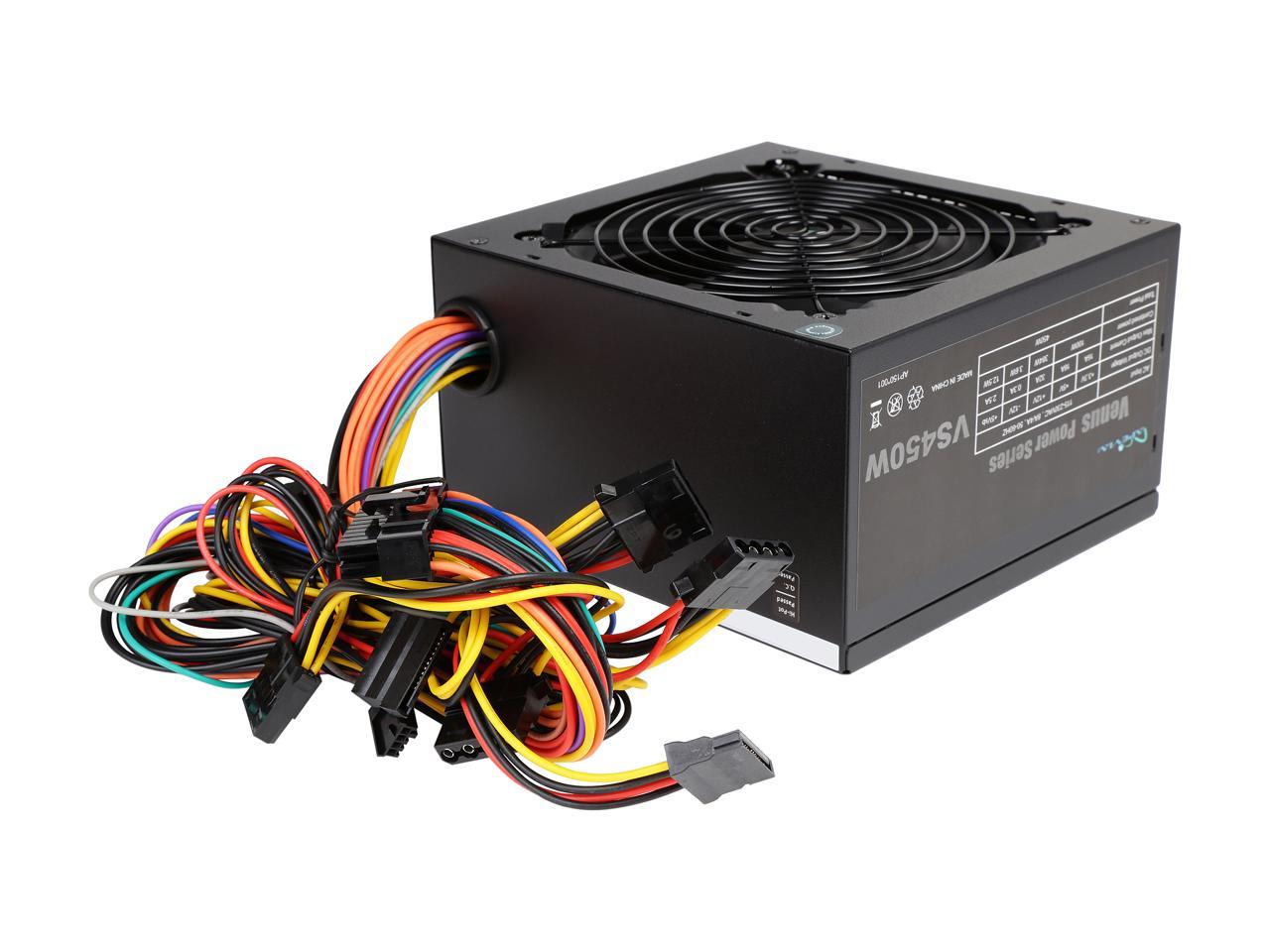 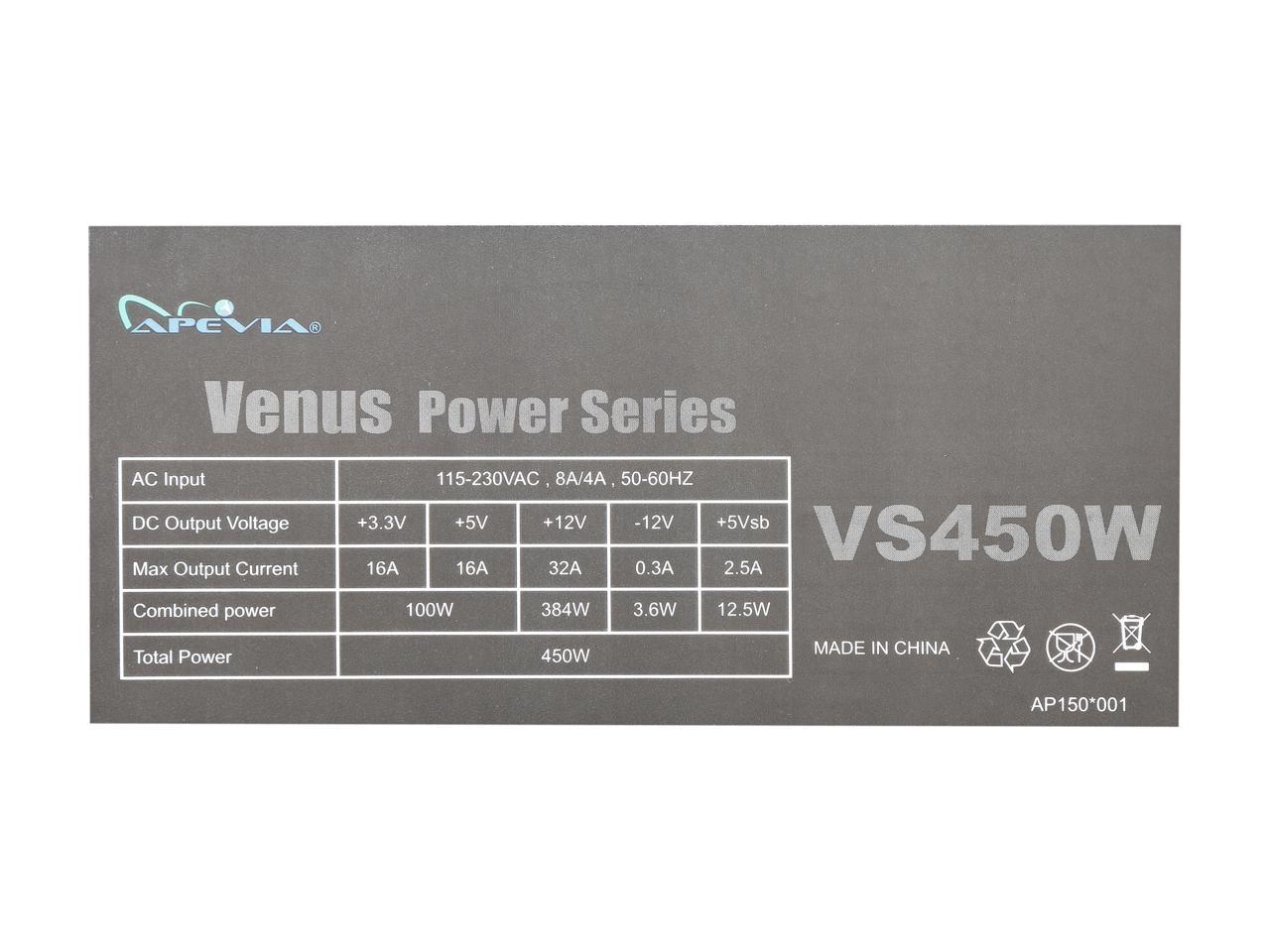 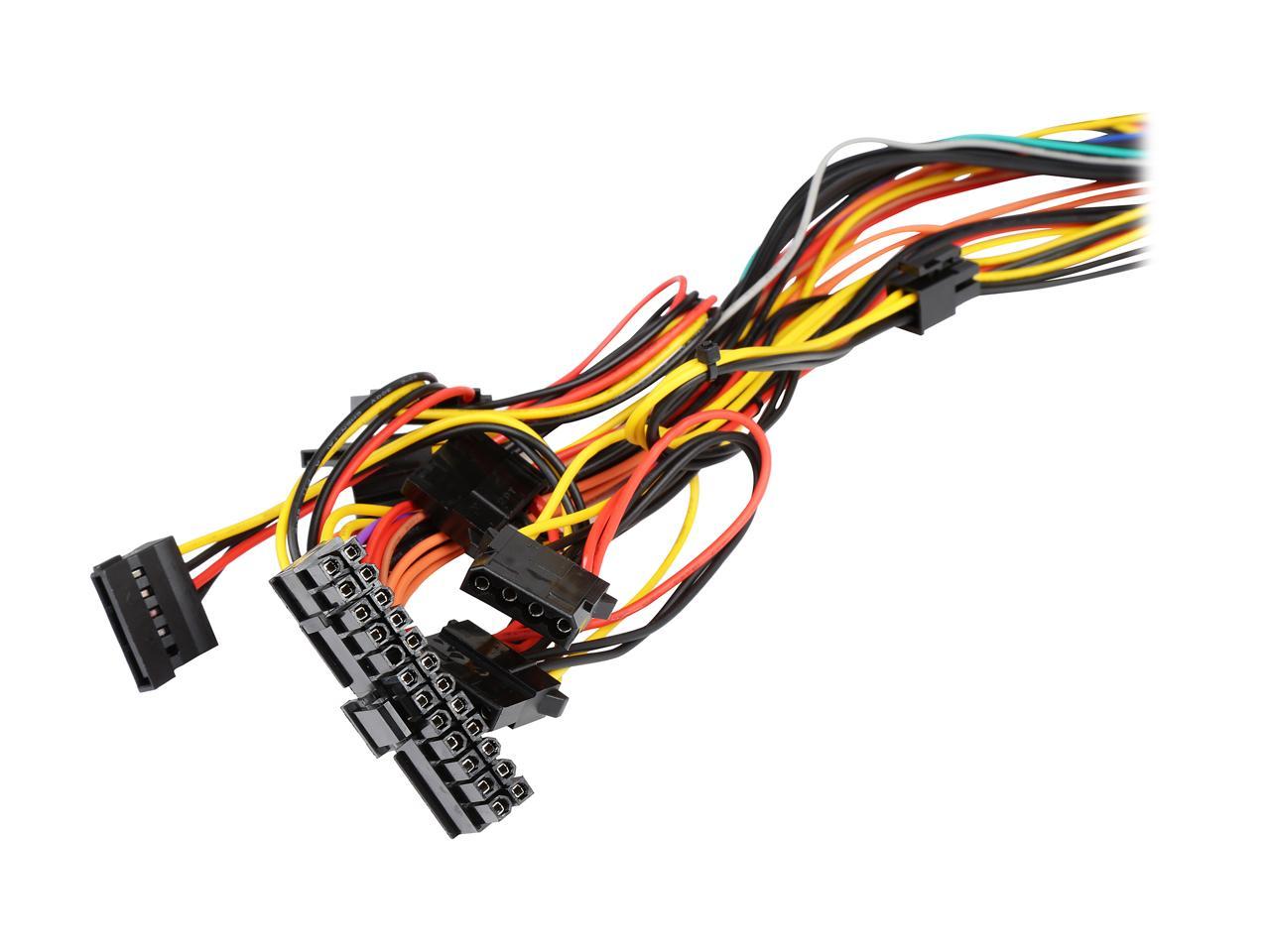 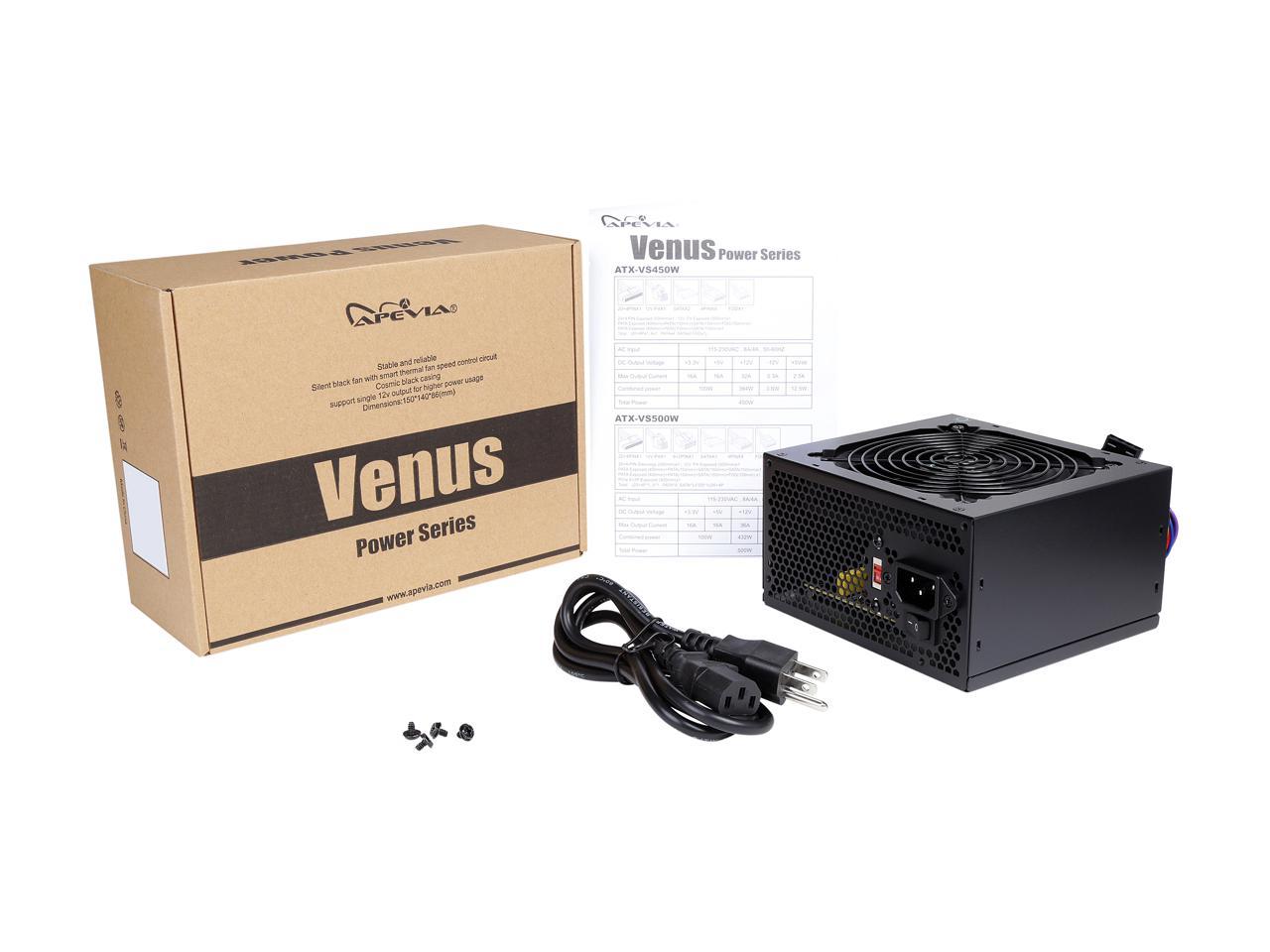 The APEVIA ATX- VS450W PSU is a value for money choice for users seeking robust power, stability and quality for their mainstream computer. It accepts voltage of 115-230V to allow for global use. High quality components enable excellent durability and reliability to withstand long-term, heavy-duty use, while sandblasting coated housing presents a rugged look. With 5% tolerance of 5V, 3.3V & 12V output, all your PC components powered by this unit will operate with unbeatable stability. And a low-noise auto-thermally controlled 120mm fan works with a dense array of beehive holes to efficiently remove heat, keeping your PSU always running at peak performance. With high quality components and housing, this PSU delivers stable and reliable performance in demanding conditions, as well as long lifespan for years of worry-free use. Cons: On top of that, there doesn't seem to be a way to replace the fuse without voiding the warranty.

4 out of 4 people found this review helpful. Did you?
Manufacturer Response:
You can do an RMA through us for the power supply to get an exchange on the PSU if you are still under our warranty period. You can contact Apevia's customer service at service@apevia.com or call at (909) 718-0789. We try to reply to all calls and e-mails as soon as we can.
Cameron C.
Ownership: 1 month to 1 year
Verified Owner
Great for some specific builds12/9/2016 7:50:29 AM

Overall Review: So the reason i bought this, there were three distinct reasons: 1) Its cheap as cheap gets for 450w 2) Its black, which was needed in an "open" mini itx case which was also black and needed to look nice 3) Limited amounts of cables. I know, that last one was my con. Because its normally a con for everyone else. But in my case it was perfect. Im using it in a little AM1 build with a 750ti. So in this build, im using a grand total of 3 of the connectors. The 24pin atx of course, a single sata power, and a single molex power. Everything else was neatly tucked away. If i had used another power supply that had say, 6 molex, 6 sata, two pci 6+8, an 8 pin cpu power, 20+4 pin atx, fdd, etc etc etc, i would have a tiny case thats 99% tied up cables. It was just not needed, and thats why i wanted this psu. Anyone whos buying a budget 450w power supply like this is likely going to be using it in a small build, light hardware, budget oriented stuff. Like my athlon that doesnt even need a cpu power connector, and a pci only 750ti. So you have the mobo power, cpu power if you need it, enough sata power connectors for your average build of say, one boot ssd and one storage hdd, and the molex for fans, or molex to pci if you have a card that draws less than 150w but needs a 6 pin. Its nice, its clean, i would highly recommend it just for that factor. Its a PSU that fits the needs of someone who doesnt want loads of cables.

Cons: -the cables feel so cheap, the plastic connectors are cheap feeling as well. -HAS NO PCI-E connector for GPUs but its more then capable of powering one?? very odd, have to use a molex adapter. -components look very minimal inside, its got that cheap knockoff vibe to it you know?

Cons: Blew up after 24hrs. Literally saw sparks shoot out of the back of the computer. Thankfully it didn’t damage my pc miraculously. I purchased a Corsair and haven’t had any issues. DO NOT BUY!!!

Pros: It worked before it broke

Cons: It broke after two months, you're better off buying something more expensive and reliable. Luckily enough for me, it was the only thing that broke

2 out of 2 people found this review helpful. Did you?
Manufacturer Response:
You can do an RMA through us for the power supply to get an exchange on the PSU if you are still under our warranty period. You can contact Apevia's customer service at service@apevia.com or call at (909) 718-0789. We try to reply to all calls and e-mails as soon as we can.
Timothy J.
Ownership: 1 week to 1 month
Verified Owner
look elsewhere4/12/2017 6:41:13 PM

Cons: power surges detected so now I got to order another power supply and hope it didn't find my computer's components

Overall Review: there are other power supplies worth the money don't go absolute cheap

Pros: Is an great choice to replace older power supplies that do not require video power other than a molex. This PS has plenty of molex connectors and two sata power connectors. This Power supply would be a great unit for an older first gen quad CPU or a core duo just as sata was being introduced.

Cons: Not for a more modern build; however this should be obvious from an experienced builder. this PS is for 2010 or older machines.

Cons: The power supply has no sleeves for the wires which was annoying the power supply fryed my mother board in a week of using it. This power supply is not worth the price because it will end up costing you more to fix your computer of the broken pieces.

4 out of 6 people found this review helpful. Did you?