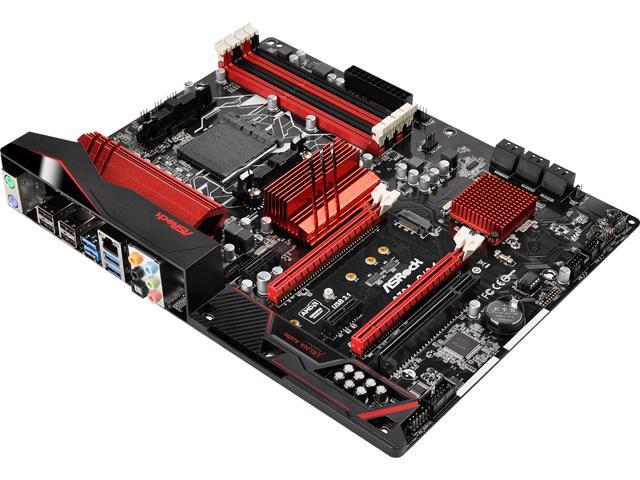 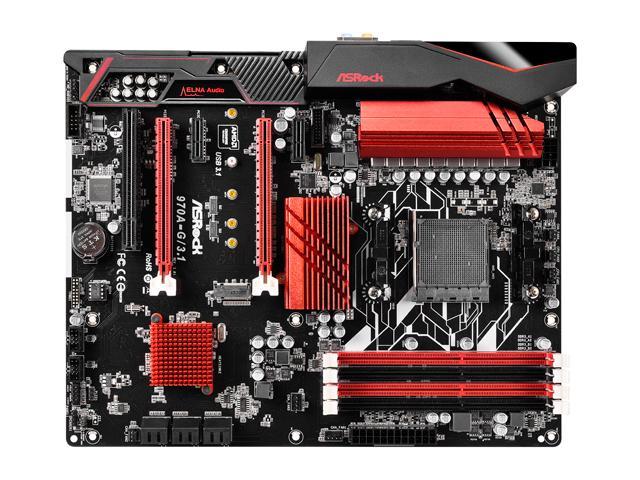 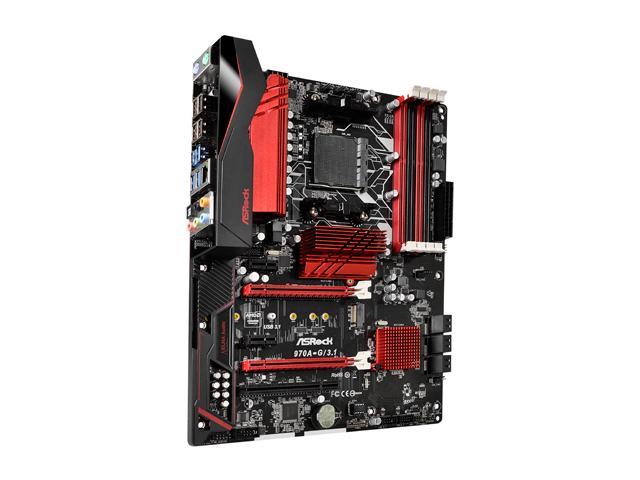 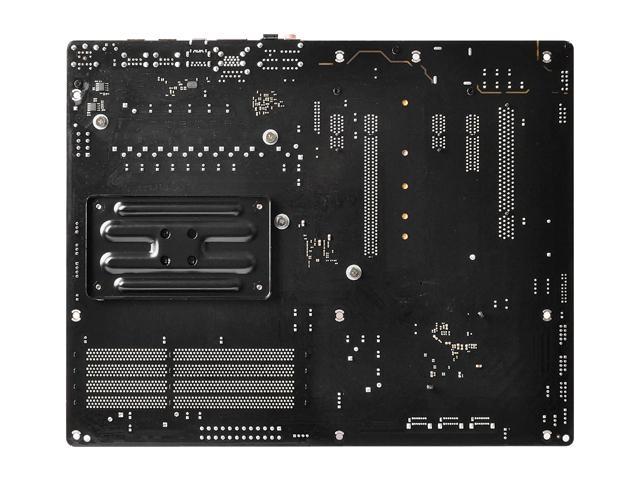 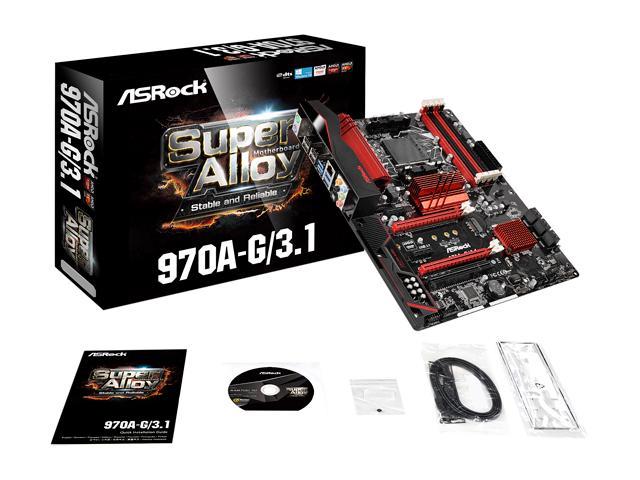 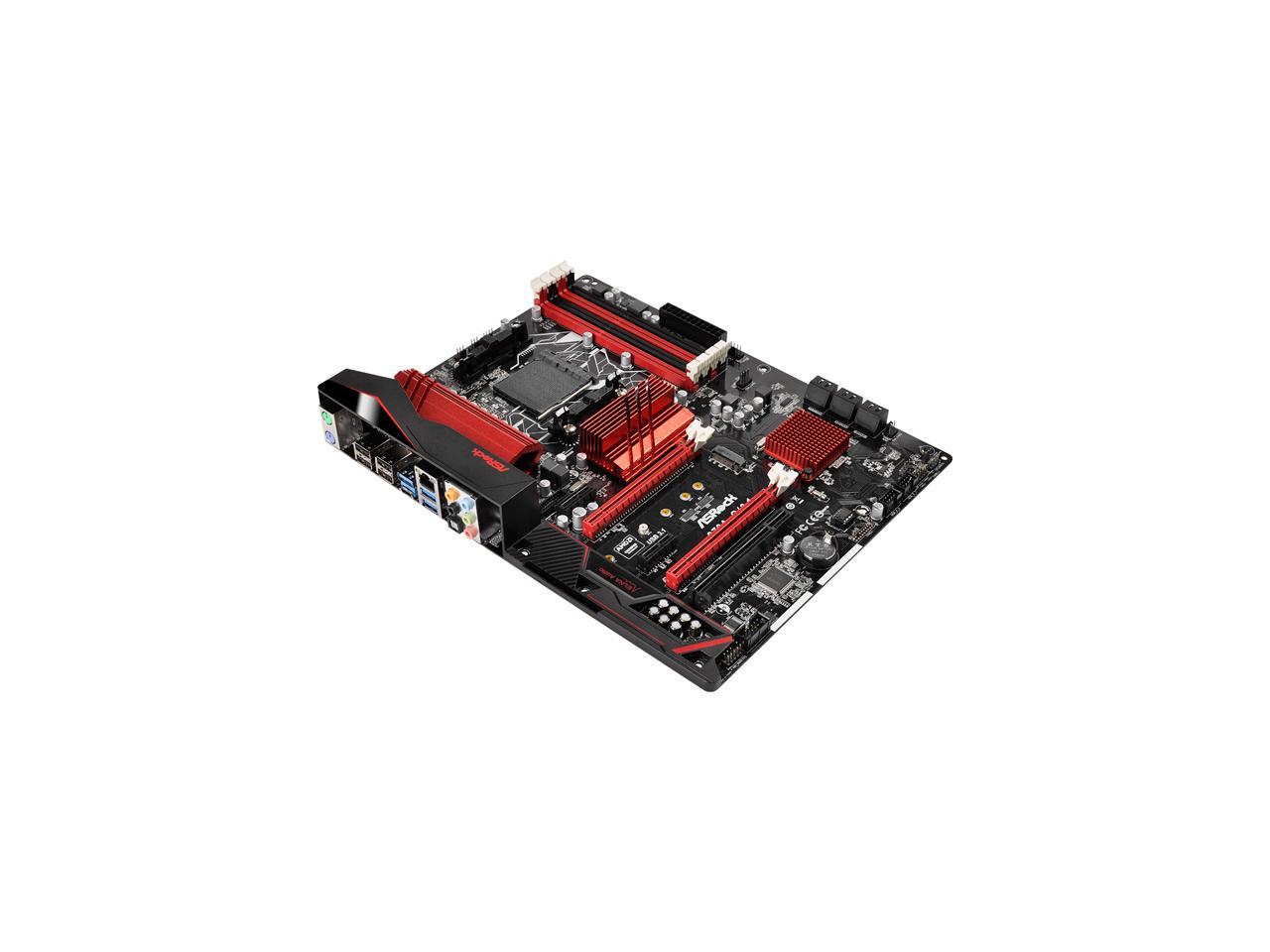 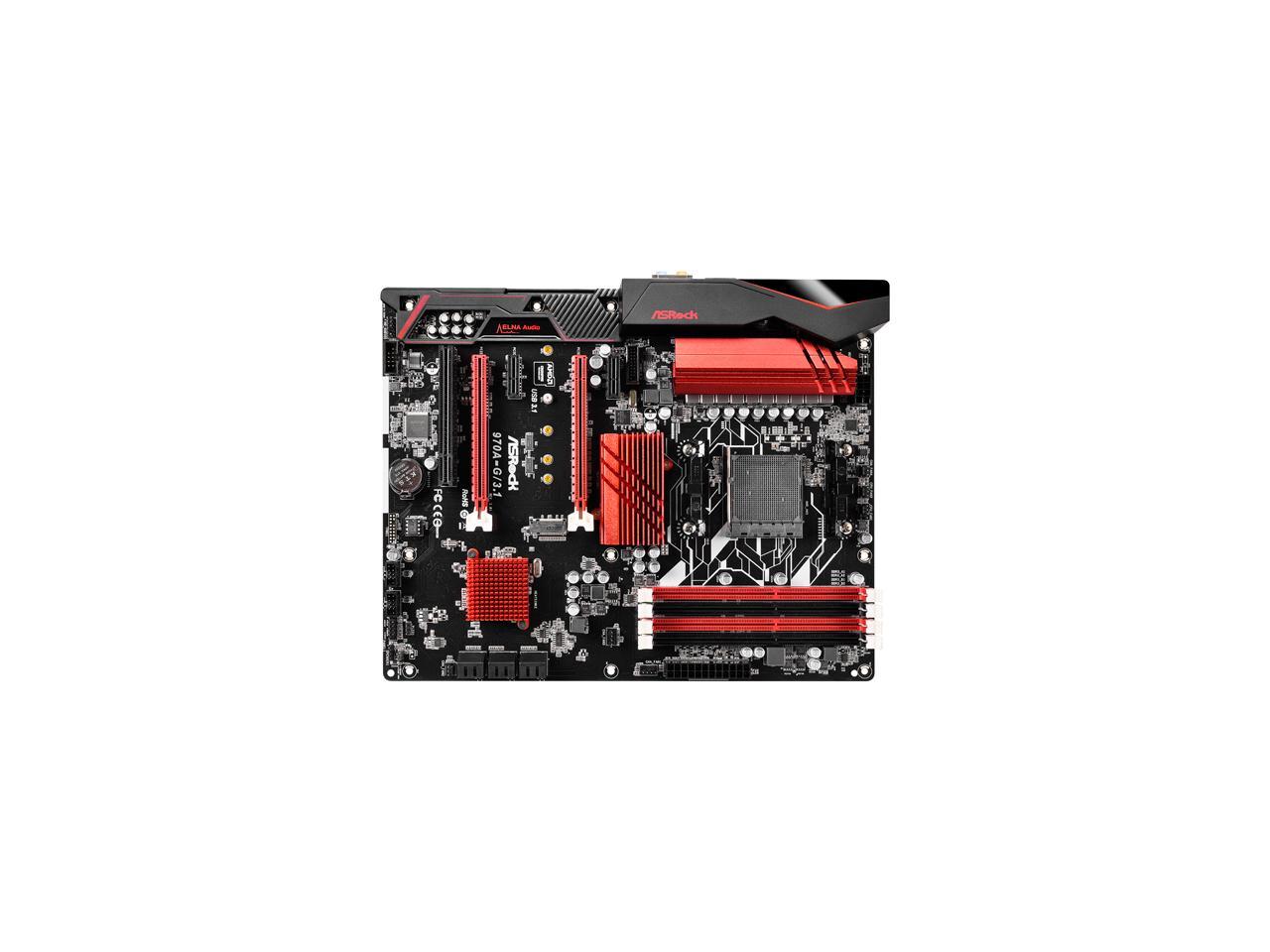 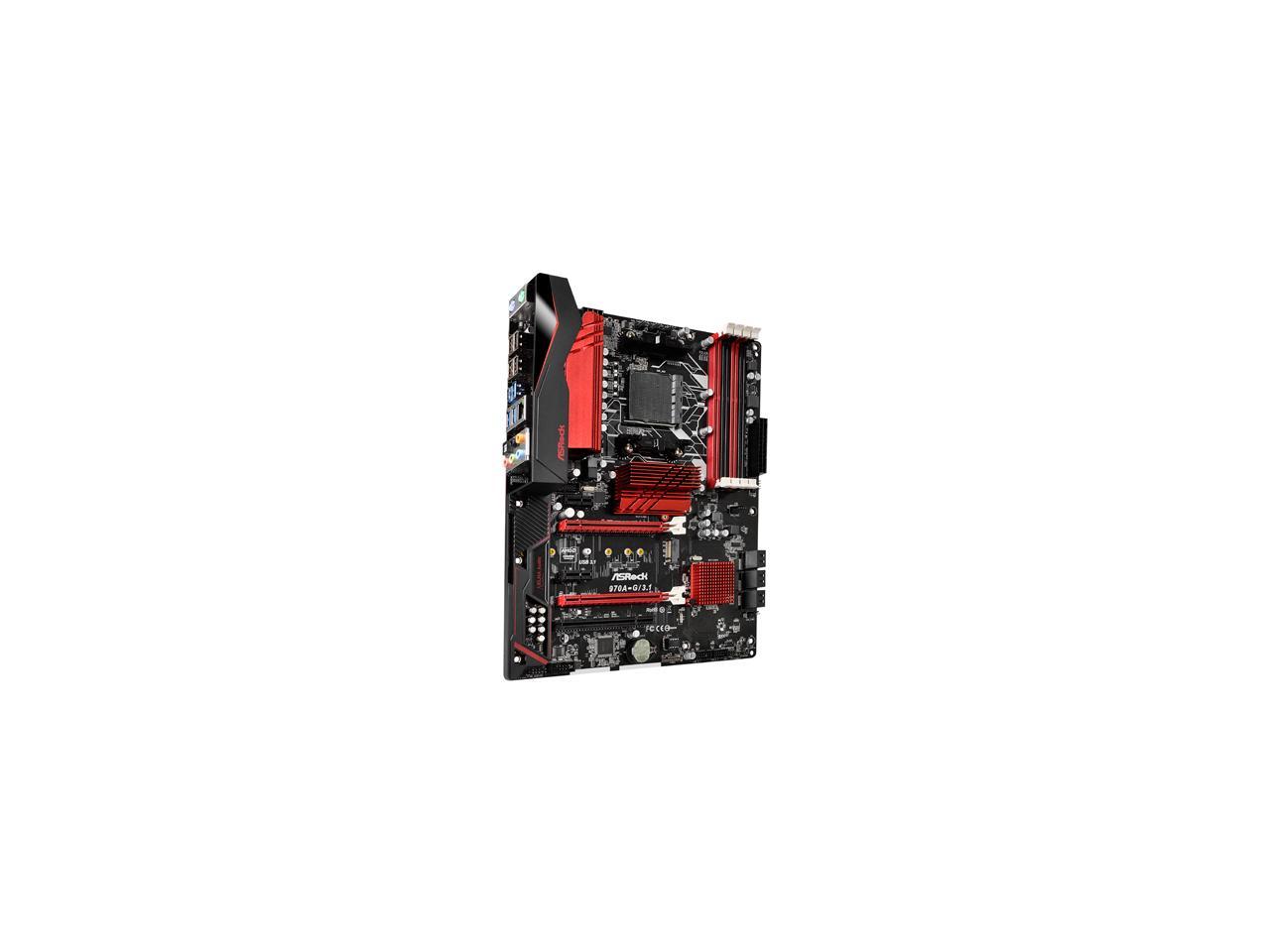 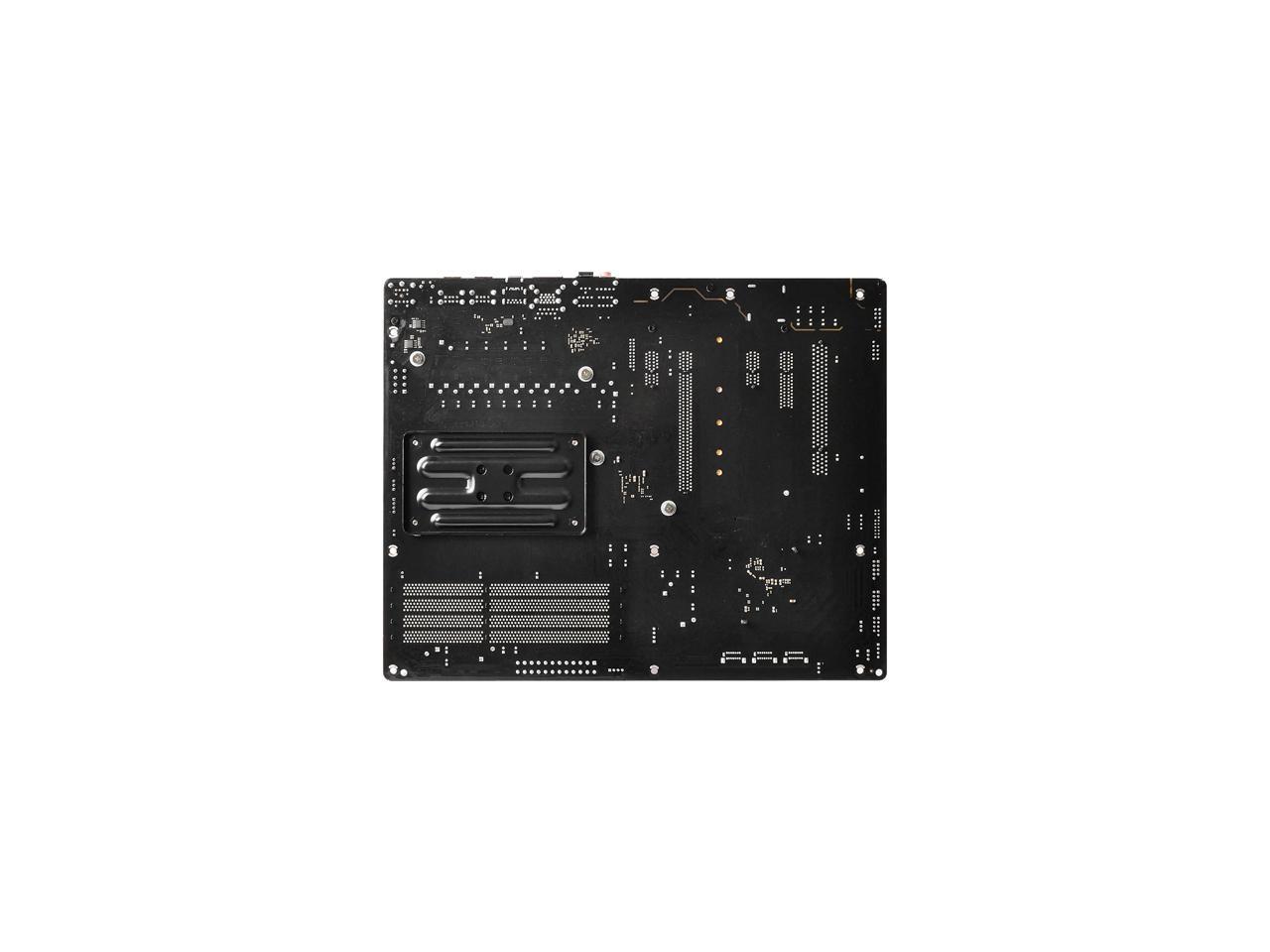 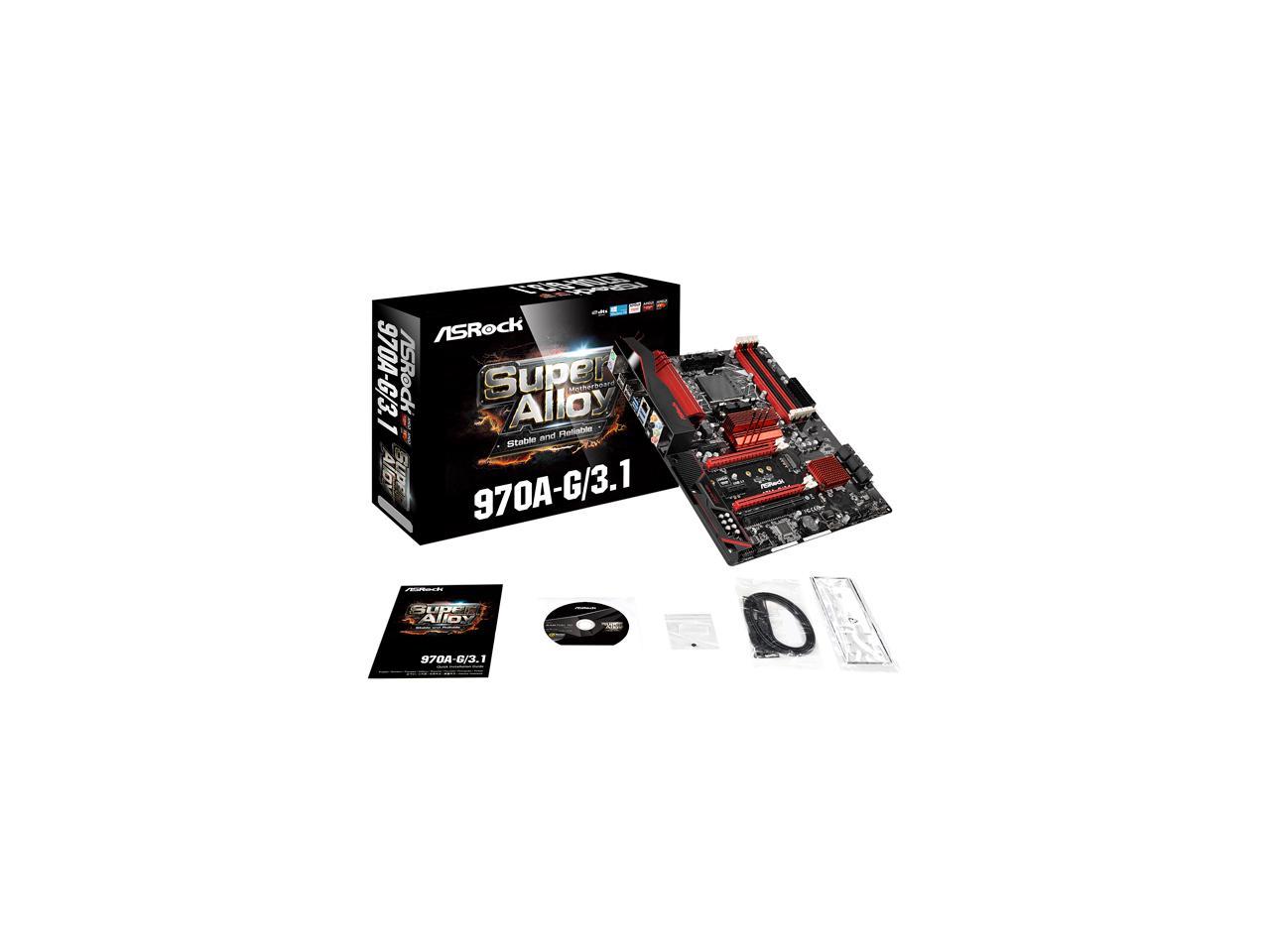 (54) Write a Review
See more "am3 motherboard"
OUT OF STOCK.
Overview
Specs
Reviews

The ASRock 970A-G/3.1 offers a blend of performance and features for those looking to build a power house without breaking the bank. Powered by AMD 970 and AMD SB950 chipset, this motherboard supports AMD AM3+ / AM3 series CPUs, and features two PCIe x16 slots with AMD Quad CrossFireX support for scalable graphics performance based on your needs. In addition to SATA III 6Gbps ports, the integration of one M.2 connector as well as two USB 3.1 10Gb/s (1 Type-A + 1 Type-C) and four USB 3.0 (2 Front, 2 Rear) offers you the capability to take full advantage of the latest storage technology.

ASRock builds this motherboard with Sapphire Black PCB and Digi Power for robust performance and reliability in various environments, plus ELNA Audio Caps for pure, audiophile-class sound from onboard audio. ASRock Full Spike Protection safeguards precision-engineered components against power surges. Beyond what you can expect from a motherboard at this price range, this model also packs Gigabit LAN, High Density Glass Fabric PCB, 7.1-ch HD audio and an array of ASRock exclusive features that elevate your experience. This ASRock motherboard supports AMD FX 9590 & 9370 CPUs which delivers up to eight cores of unlocked performance, massive overclocking headroom, plus a thermal design power of 220W. A pair of onboard Type-A and Type-C USB 3.1 connectors for delivering up to 10Gbps data transfer rates. The onboard M.2 socket is a new interface for connecting Next Generation Form Factor (NGFF) solid state drives or other devices. ASRock supports M.2 PCI Express modules up to Gen2 x4 20 Gb/s, which is 4X faster compared to other M.2 Gen2 x1 solutions that are limited to 5 Gb/s. It pushes your NGFF SSDs to their limits while reducing tons of loading time and boosting overall performance. Pros: Amazing mobo for the price. Had some trouble installing Windows 10 on the M.2 SSD but finally figured it out. I will list my solution in other. I am really impressed by the BIOS(I haven't built a new pc since late 2000) I cant believe I the UEFI was able to connect to the internet and update it self !!! I am very happy with this board.

Cons: 1. Poor documentation had to figure how to install Windows 10 on M.2 on my own. 2. if you using the m.2 you can have cross fire because the m.2 disables the pcie port. these two reasons are the only things that kept it from getting 5 eggs.

Overall Review: In order to get windows 10 to install from a USB drive had to hit F11 and select the UEFI USB stick not the AHCI USB stick. that was the only special thing that I had to do to install windows.

Pros: I bought this board to upgrade my parents 8 year old desktop, and so far I'm loving it. Paired with 8GB of DDR3 and 240GB SSD this things will load in about 8 seconds! Capable of running as a gamer system with the AM3 socket but they just needed something that would take a quad core or better. Totally worth the price!

Overall Review: I would definitely reccommend this motherboard to anyone that wants to upgrade an old AM2/AM2+ socket. It has great support for those older CPU's if you aren't in the market to upgrade that. I will buy this product again for sure!

Pros: A lot of up to date features for a good price.

Overall Review: I had a spare Athlon II cpu laying around, now I have a budget gaming rig.

Overall Review: A lot better then MSI. Asrock is a great competitor. I got what I wanted plus more so yea. Still like ASUS and Gigbyte but Asrock has made my list to buy again from and I trust them

Cons: could use a upwards facing sata port

Pros: Pros:Installed within 2 hours with everything installed with it. Runs stable Can overclock very well.

Cons: Pcie slots are a bit too close Computer randomly sleeps for no reason

Overall Review: I would recommend 3.0 pcie but that's just cause better performance

Anthony C.
Ownership: 1 week to 1 month
Verified Owner
Great but you need the HD Audio Driver directly from Realtek or you get NO AUDIO2/1/2017 2:43:51 PM

Cons: 2nd Board after returning the first one Audio Drivers that come with it are not compatible with Window 7 64bit

Overall Review: Gave this board and Newegg a scathing review. But the chat session person suggested I contact ASRock directly. Call them and the tech support guy was helpful. He directed me to download two drivers. The one from ASRock is updated, but somehow imcompatible with Windows 7 64bit. But the driver bundle from Realtek for High Def Audio worked like a charm. ASRock and Newegg need to take note of this and update their MoBo with directions on how to do this for future reference. Could have avoided a lot of time and hassle.

Pros: Amazing feature set for a great price. Overclocked my ancient 960t processor to 3.8ghz stable easily with just a few voltage tweaks. All 16gb of my ram is running at 1600 speed with no problems, could probably go higher. Decent Overclocking options in the simple to use BIOS. The sata ports orientation looked weird to me at first, then I realized they are like that so you can easily plug them in from the other side of your case, much easier to use that way than my old board and makes cable management and drive mounting wonderful. Voltage droop isn't too bad with the 8+2 power phase (not sure if it's cheating with doublers or not) but my cpu stays around 1.39-1.42 volts on it's current settings according to hwmonitor64. The onboard realtek 1150 sound is very good it sounds clearer than my old boards realtek 892 the bass seems a little quieter though but i just tweaked that up a bit in the drivers eq.

Cons: The first time I powered up the board it took almost 30secs to put out a video signal and let me enter the bios. I was worried something was wrong and almost powered down but then bam video signal came on and i could get into the bios setup. be patient the first time you start this board up, i guess it takes some time to check itself and scan your cpu ram vid card and so on.

Overall Review: I would recommend this to anybody on a budget looking for a max features to price ratio.