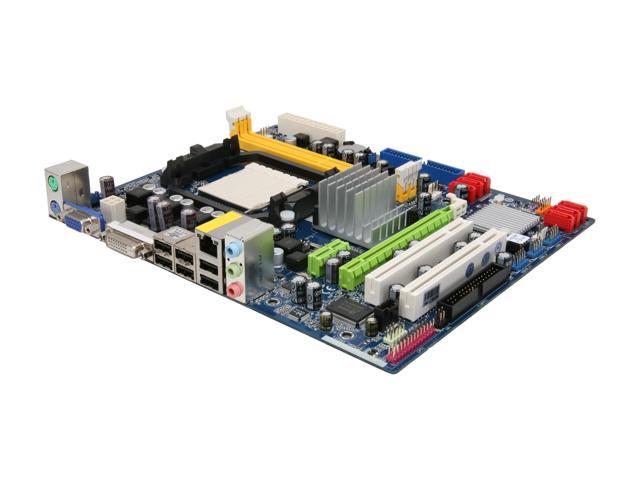 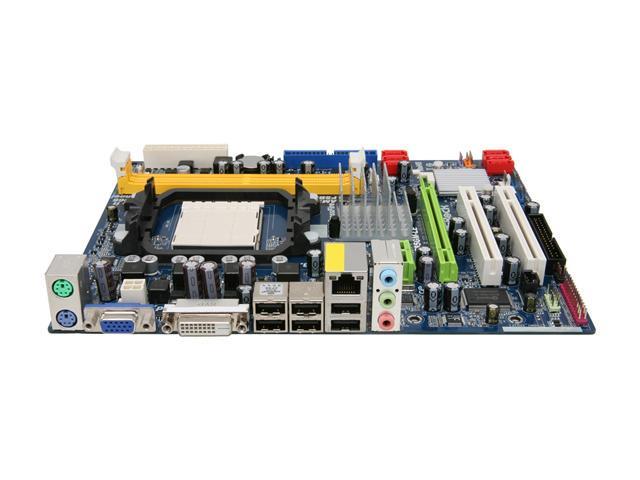 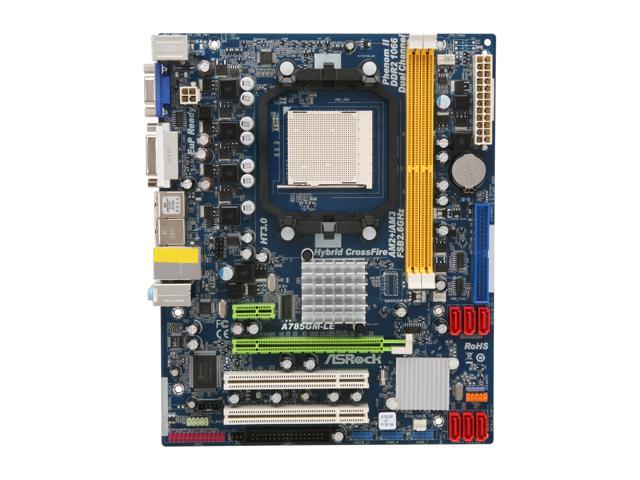 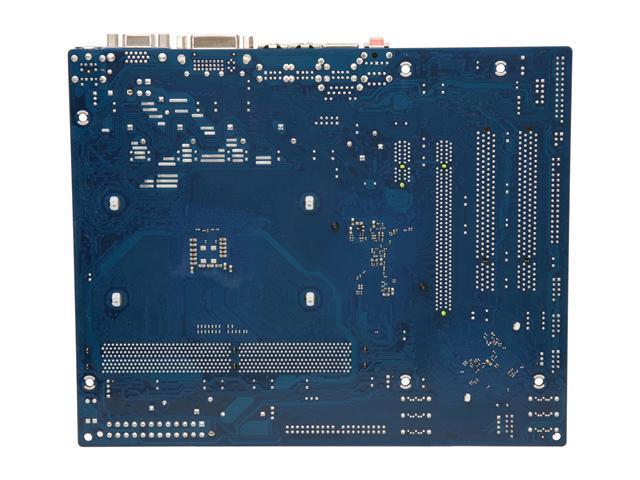 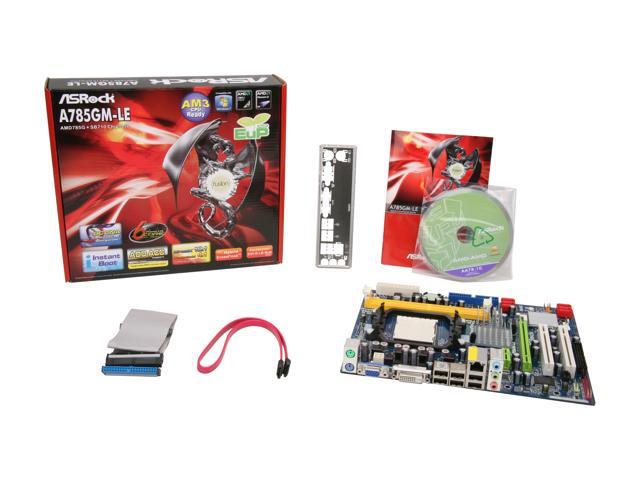 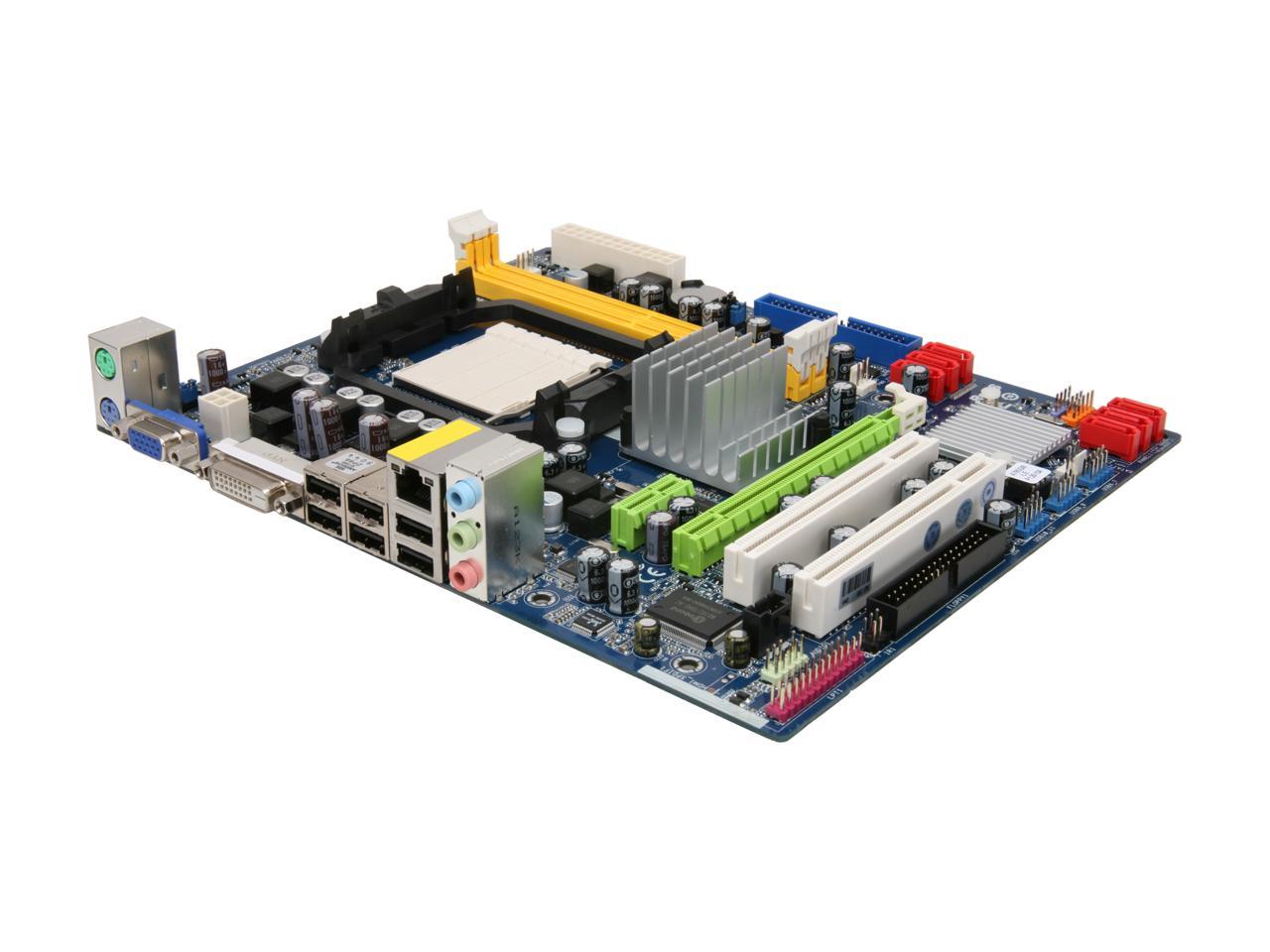 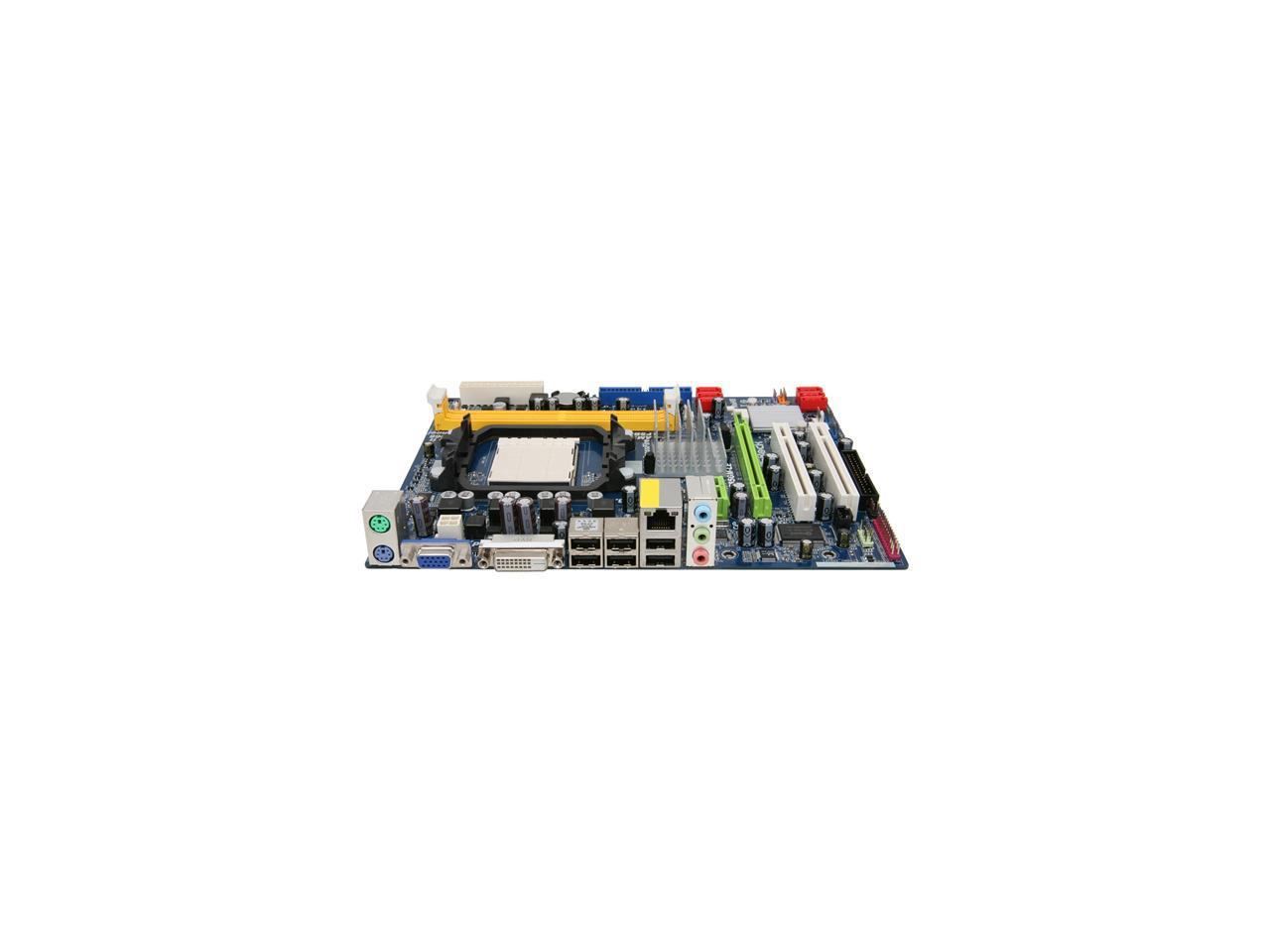 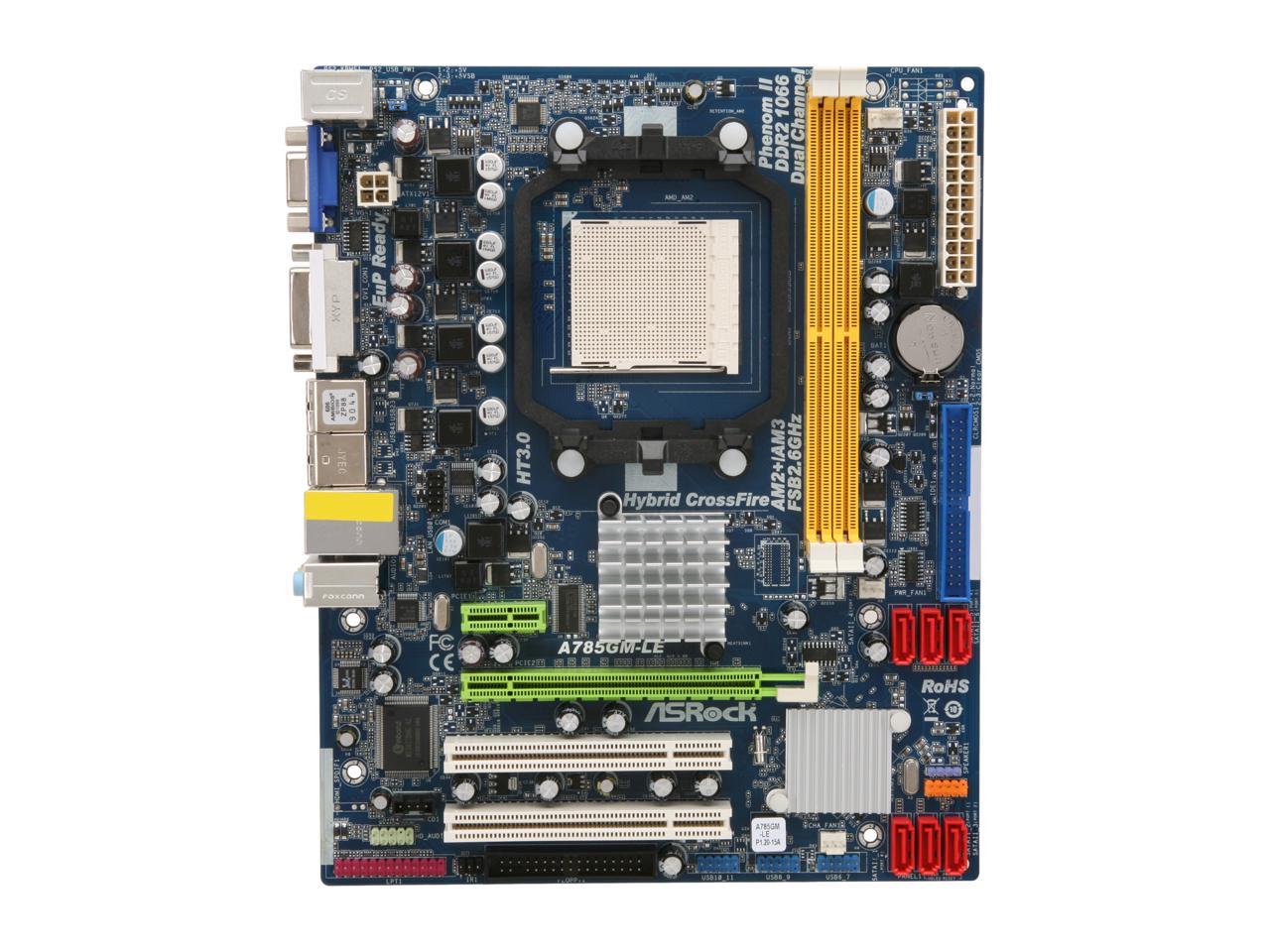 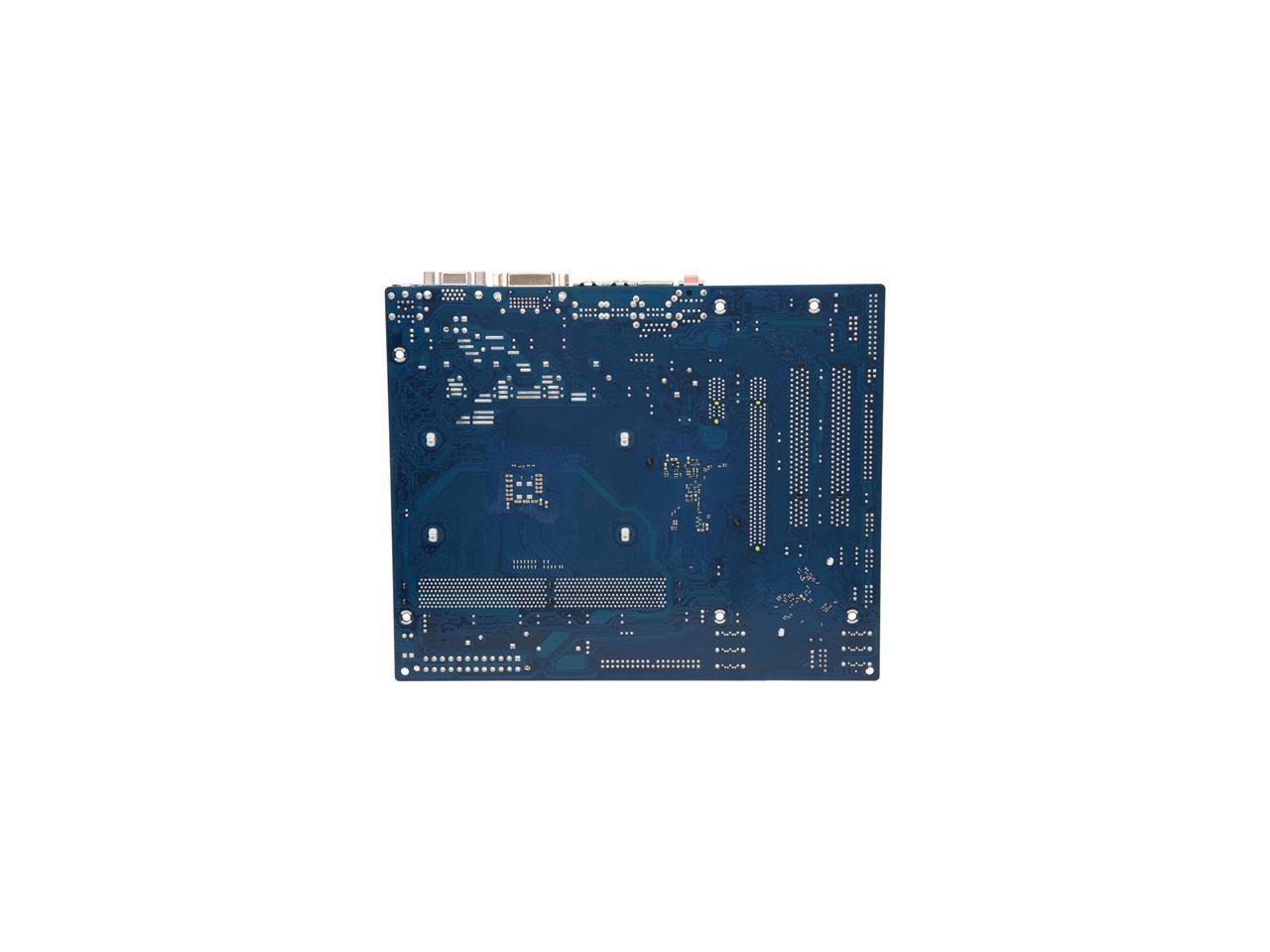 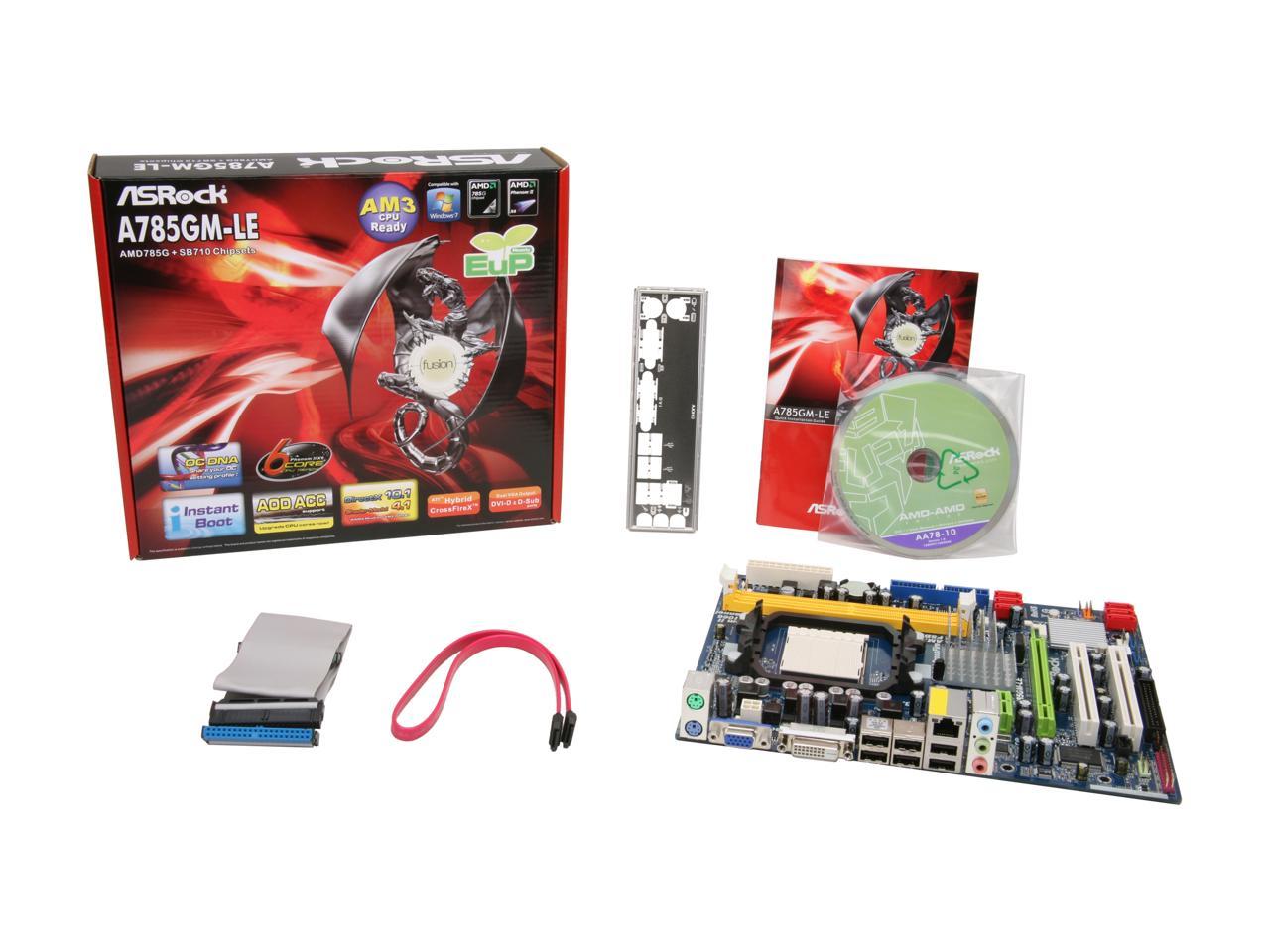 (220) Write a Review
OUT OF STOCK.
Overview
Specs
Reviews

Learn more about the ASRock A785GM-LE

Pros: Has the specs I need. One of the only socket AM2 motherboards left

Overall Review: I'm not new to motherboards, I've bought and installed dozens if not hundreds. I installed each with great care, but neither board works. I've never had two DOA boards in a row. I installed the second one with a known working power supply, CPU and RAM just to be safe, but no luck. This doesn't exactly make me look good when I take a friend's money to repair an old PC. Newegg RMA people thought I failed to return the PCI-e locking tab on the first board, the second board doesn't have one either. The pictures show a locking tab.

Did you find this review helpful?
Manufacturer Response:
Dear ASRock Customer We sincerely apologize that you having difficulty with mainboard. ASRock mainboards are fully tested to assure that they're working before shipped. Sorry to hear that the second mainboard having same issue, please verify the other components causing it to malfunction. Please trouble shooting the mainboard for below steps with known good components; Turn the power off. Remove the mainboard from inside computer to outside, place the mainboard on top of the empty mainboard’s box Clear the CMOS Reseat the CPU and heatsink fan as well Test with single memory module (non-ECC, un-buffered), try with another known good memory if its same issue. Plug monitor to onboard VGA Plug the 24 pins + 4 pins ATX power to the mainboard Plug the computer case’s power switch to mainboard's front panel power header and try again If you have any technical issues or warranty questions please contact us at http://www.ASRock.com/support/tsd.asp. We can assist you shortly. Thank you ASRock SUPPORT Tech Support Email: user@ASRockamerica.com
KEITH B.
Ownership: 1 day to 1 week
Verified Owner
11/10/2011 4:58:50 PM

Pros: MB started up with no problems and still working fine. Only had to two days so far. And impressed with it. Navigating in bios is different than what I'm used to so using keys is clumsy. But I'm over it now. lol Haven't loaded drivers yet, so no sound or full video. I'll be back if troubles arise.

Cons: WARNING!!! Make sure you use small headed screws when mounting MB to case. There is very little room outside the screw circle before hitting circuitry. I used the same screws that were in the board I was replacing and BEFORE tightening them I noticed by finger tightening one the washer part of the screw landed on top of a circuit component, resister I think. Fortunately I noticed in time and removed all the screws and got smaller headed ones. I looked at the old board and it had lots of space past the screws. As far as I'm concerned it's a design flaw and could be a reason for initial damage to board and returns. I caught mine in time. The hole that was possibly an issue was next to the CPU power connection. Some of the others looked like it could have smashed circuitry. But the manual also mentioned to NOT over tighten screws. Also, three pin CPU fans will not able the fan speed control. Only four pin fans will. The manual says so.

Overall Review: I went to ASRock site to check if my processor and ram was compatible. It listed the processor but not the ram. Since I was pretty sure it would because the specs fit, I went ahead and gambled and got this board. My ram worked fine, just as I expected. I would have given this board five stars except I have only had it two days and have not loaded drivers, etc. Give me time to spill beer on it and I'll have a different opinion. lol

Pros: Got this to replace the older board when it started shutting down for no reason. I just hope that fixes it. Anyway it had more features than the other one plus it supported dual channel DDR2 1066. The other did not. It was also very easy to OC just a little. 2 clicks with the mouse and I was done. Went from 2.5GHZ to 2.95GHZ. Not going to go any higher than that at this time. If I decide to go any higher and have no problems I will update this. Outside of being much better than the other board I did not have to format or reinstall anything. Once I got to the main screen and changed a few things it rebooted up fast! I am going to get a better CPU cooler before I get brave with this.

Cons: None so far. If anything pops up will be back.

Overall Review: My system consists of; AMD Athlon II X2 64 2.5GHZ stock speed G-Skill DDR2 1066 A785GM-LE motherboard WD 160 gigabyte Hard Drive ASUS CD-DVD SATA player\burner While I'm thinking about it I'm going to suggest that while you have your system apart clean everything. I got all the dust out of my power supply and off of the cd drive and just dusted everything in order that it would keep cooler. Getting all the dust out helped. Temps dropped about 3 to 4 C. Every little bit helps.

Pros: Nice compact size.. connectors on board perfectly match those of 2-3 year old HP Pavilion mid-towers.. nothing crowded together. Very easy to set up.

Cons: My only complaint is this.. (which is why I subtracted one egg in my rating): If you want a decently quiet case, you MUST have a cpu fan with a 4-pin connector. This motherboard will run a 3-pin CPU fan at 100% at all times, completely ignoring the "Cool 'n' Quiet" option in the bios. Hate to tell ya this, ASRock, but most people buying this board are buying it to breathe new life into old PCs... most of which are still sporting 3-pin CPU fans. This isn't a game-ender, but quite an inconvenience for someone who might not have a 4-pin CPU fan just lying around. -- If you DON'T have one, you will need to buy one with this board, unless you enjoy the magical sound of a vacuum cleaner sitting beside you. heh.

Overall Review: All-in-all, a great board. ASRock has really come a long way as far as quality is concerned in their components. I used to be an ASRock hater, but this motherboard is beginning to change my mind a bit.

Cons: First one died after 2 days did not include mounting screws States that you can OC, which you can, but will fry the board if you do.

Overall Review: Pretty good board for the price. Make sure that you install all of the necessary drivers once you boot windows. Also visit the Asrock website and download the latest bios as this will greatly improve performance. System crashed a couple of times while playing a game. After bios update no more crashes and performance increase.

Pros: Successfully unlocked an AMD Phenom II X3 905e to a quad-core, and the system is stable. Useful for those older AMD AM2, AM2+ processors that are still suitable for lower intensity computing and local file serving tasks. Very friendly to Ubuntu Linux 13.04; no driver issues. Onboard video successfully detects VGA monitor and also detects plugged in video cards. Preference of onboard versus add-in video card can be set in the BIOS. 6 SATA-II ports along with onboard IDE anda floppy connector! Woo-Hoo

Cons: Incompatible with Wintec 4G DDR2 PC800 RAM, Newegg N82E1680161484, using default and/or auto-detected memory values. board only saw 2G of 4G on stick. Printed manual provided with board is mostly useless except for locating jumpers and plugging in cables. Do yourself a favor and download the current PDF version of the manual before starting your build.

Overall Review: I have this board working with a pair of Kingston 4G DDR2 PC800 memory sticks. That memory is no longer obtainable via Newegg (where I originally purchased it). BIOS seems very friendly to overclockers and system tweakers, but I did not test as I do not overclock. Has 2 3-pin fan connectors along with 4-pin PWM connector for CPU fan. BIOS throttling of a 4-pin PWM CPU fan doesn't seem to work for me. One of the very few remaining boards available that will support a wide range of AMD AM2 & AM2+ processors. Since the price was very reasonable, and I had some old DDR2 memory handy, I bought this board so I could test my stockpile of older AMD AM2 and AM2+ processors. I would buy again if I had the need, but memory compatibility issue might limit you to only 4G rather than maximum 8G.

Pros: Works well and has plenty of onboard sata connectors etc. HDMI output is a plus and works well.

Cons: No problems as of now