OUT OF STOCK
Sold by: Newegg
Shipped by Newegg
Price Alert
Add To Wish ListFound on 51 wish lists 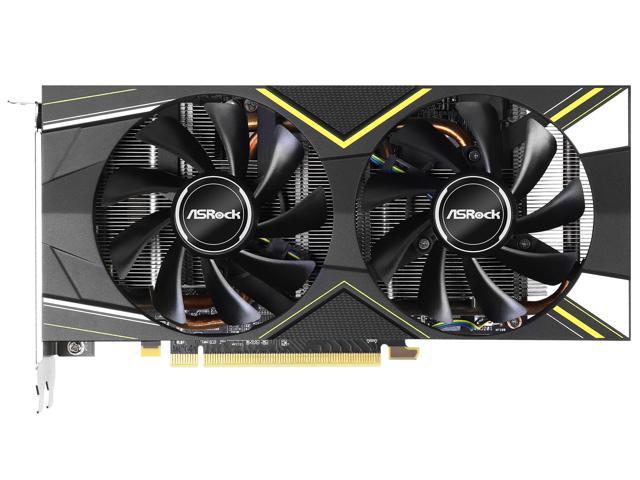 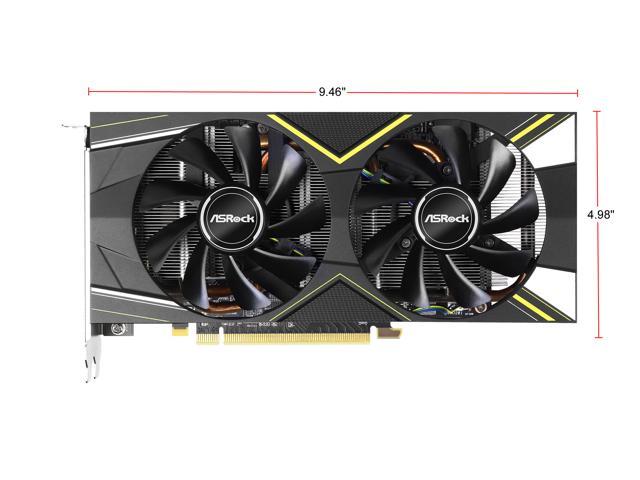 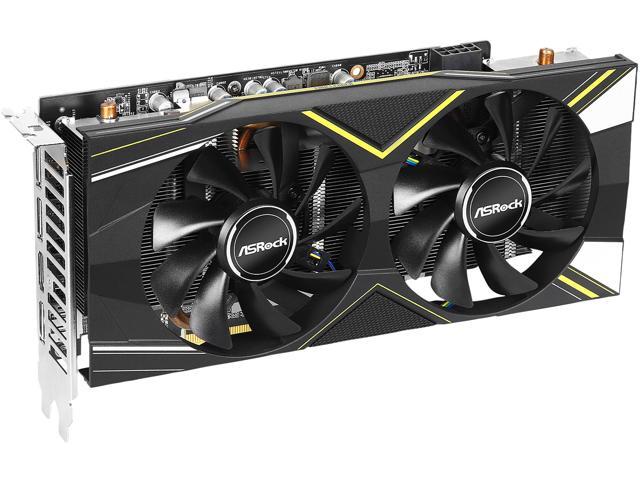 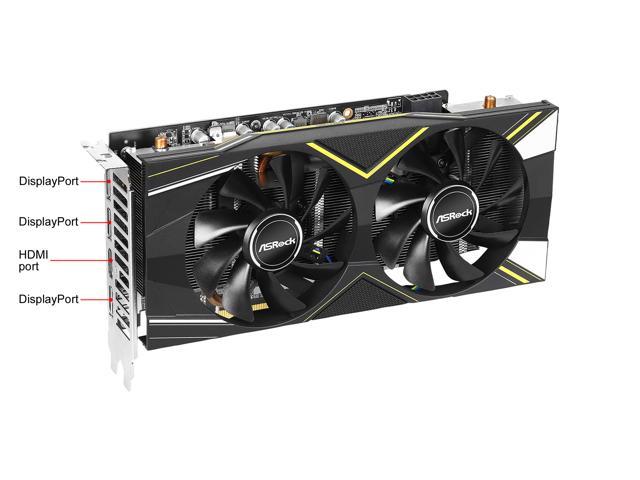 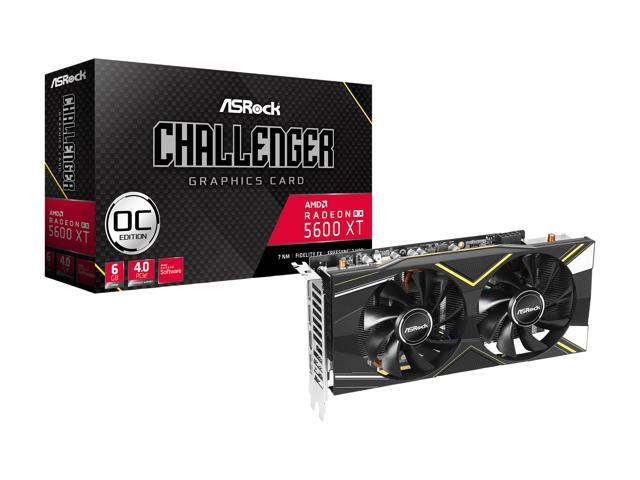 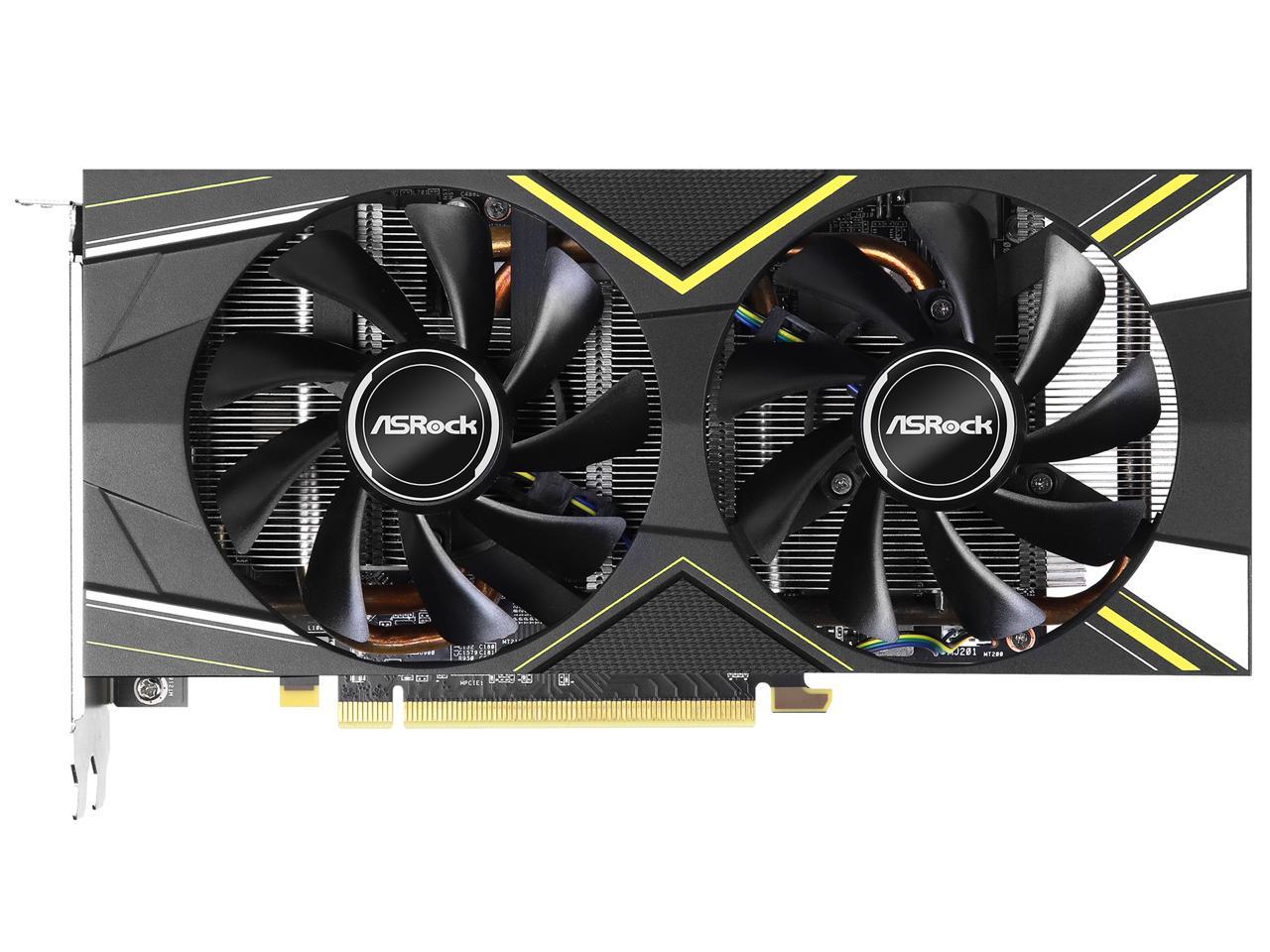 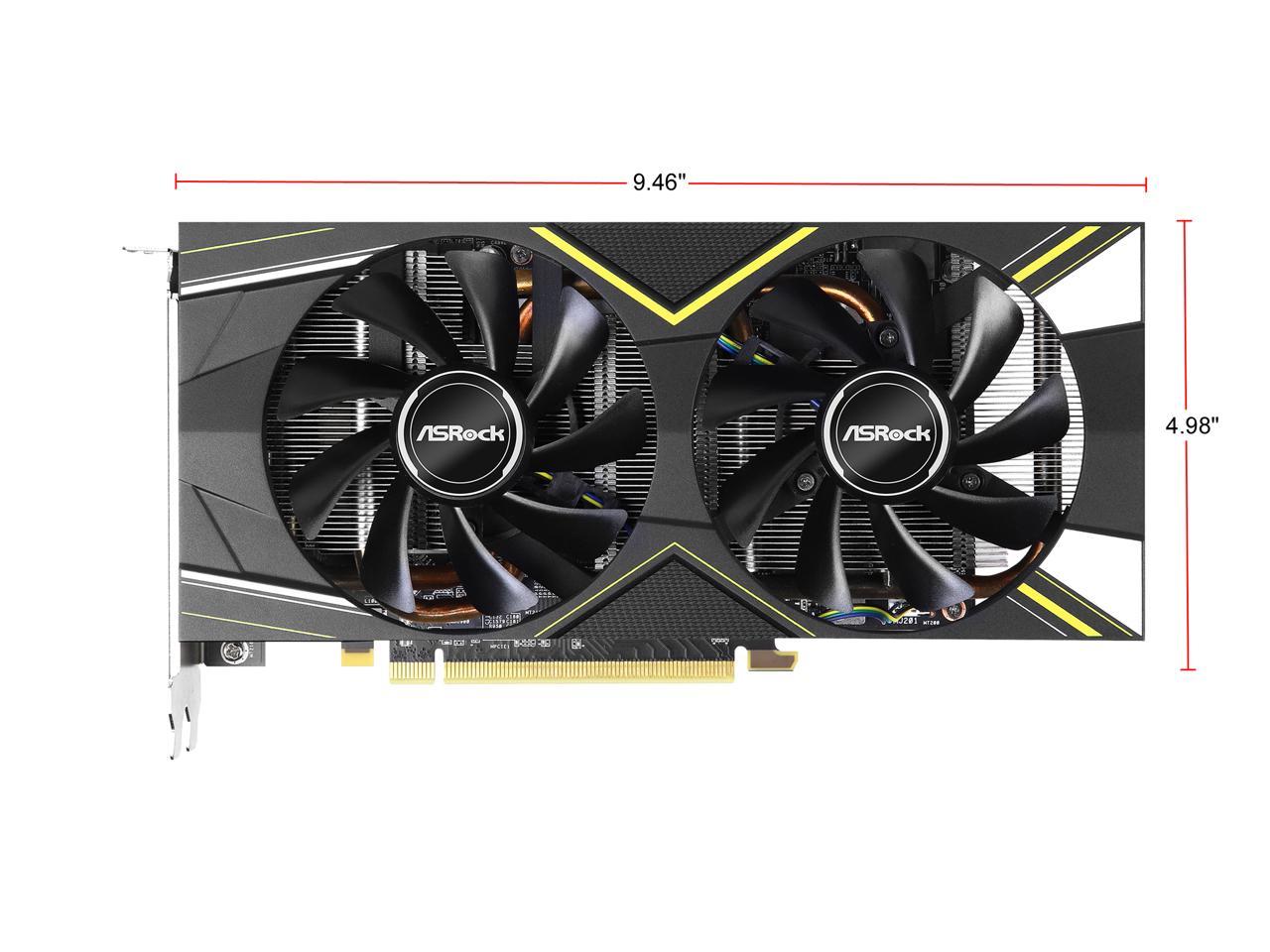 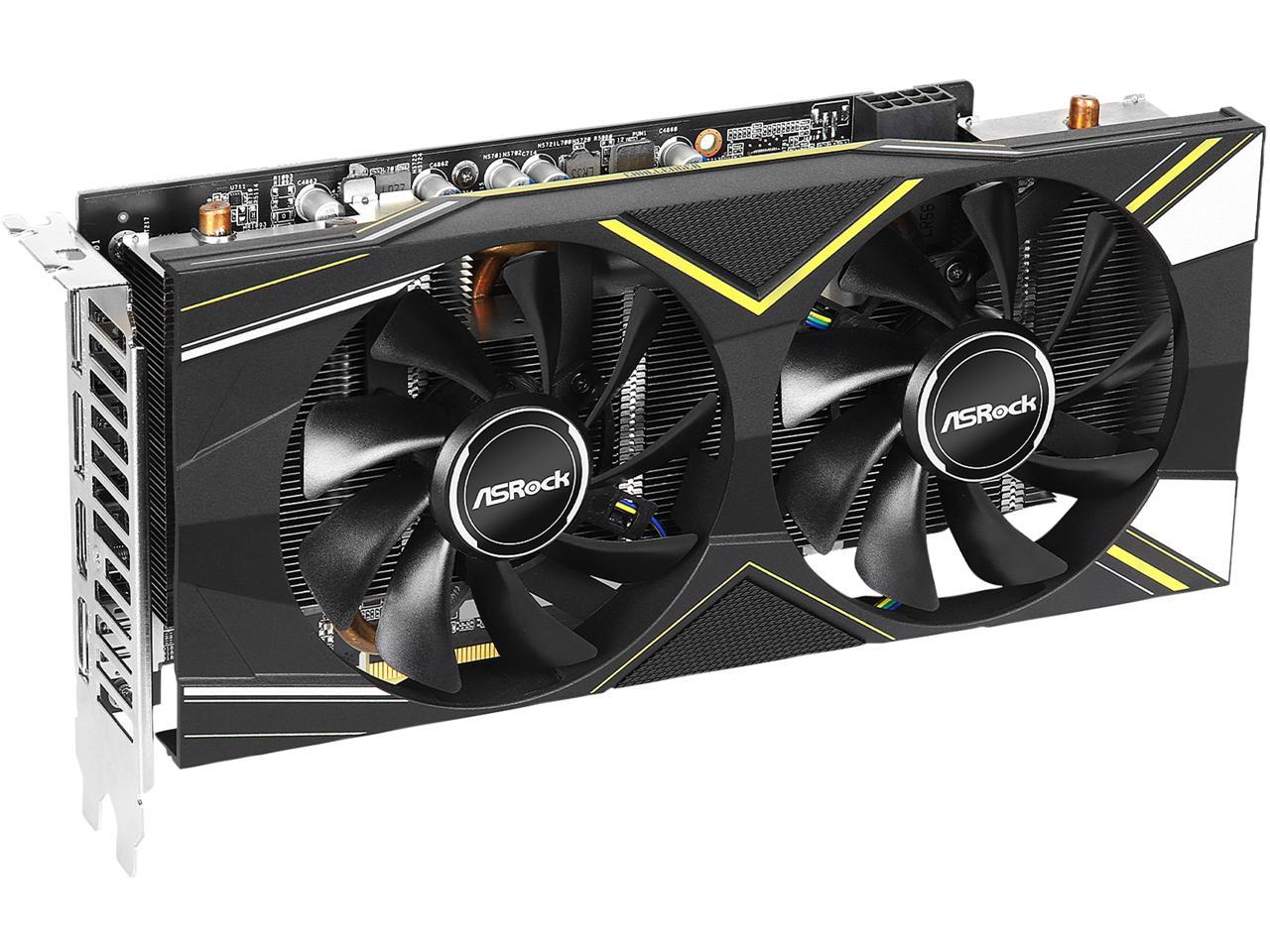 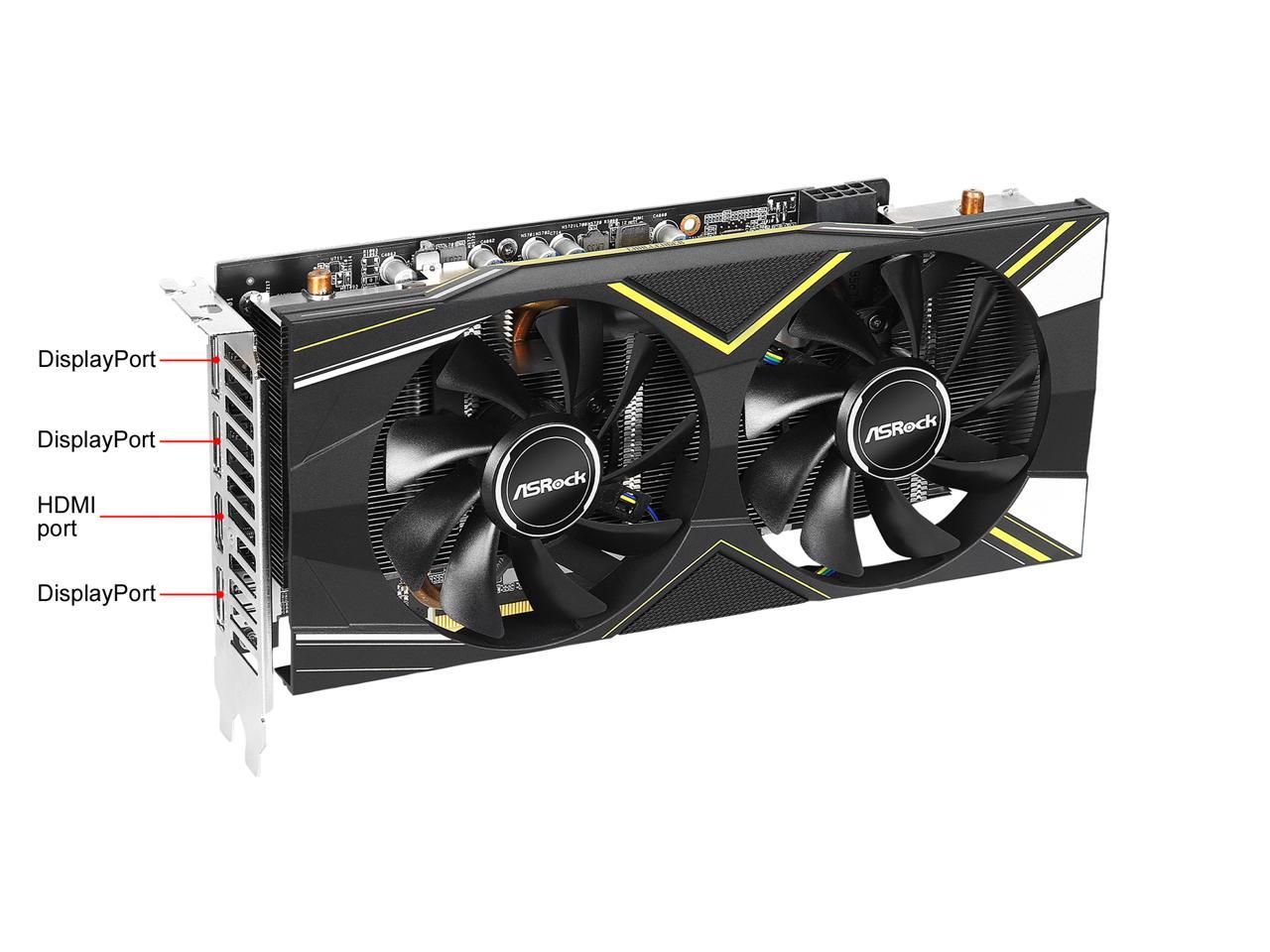 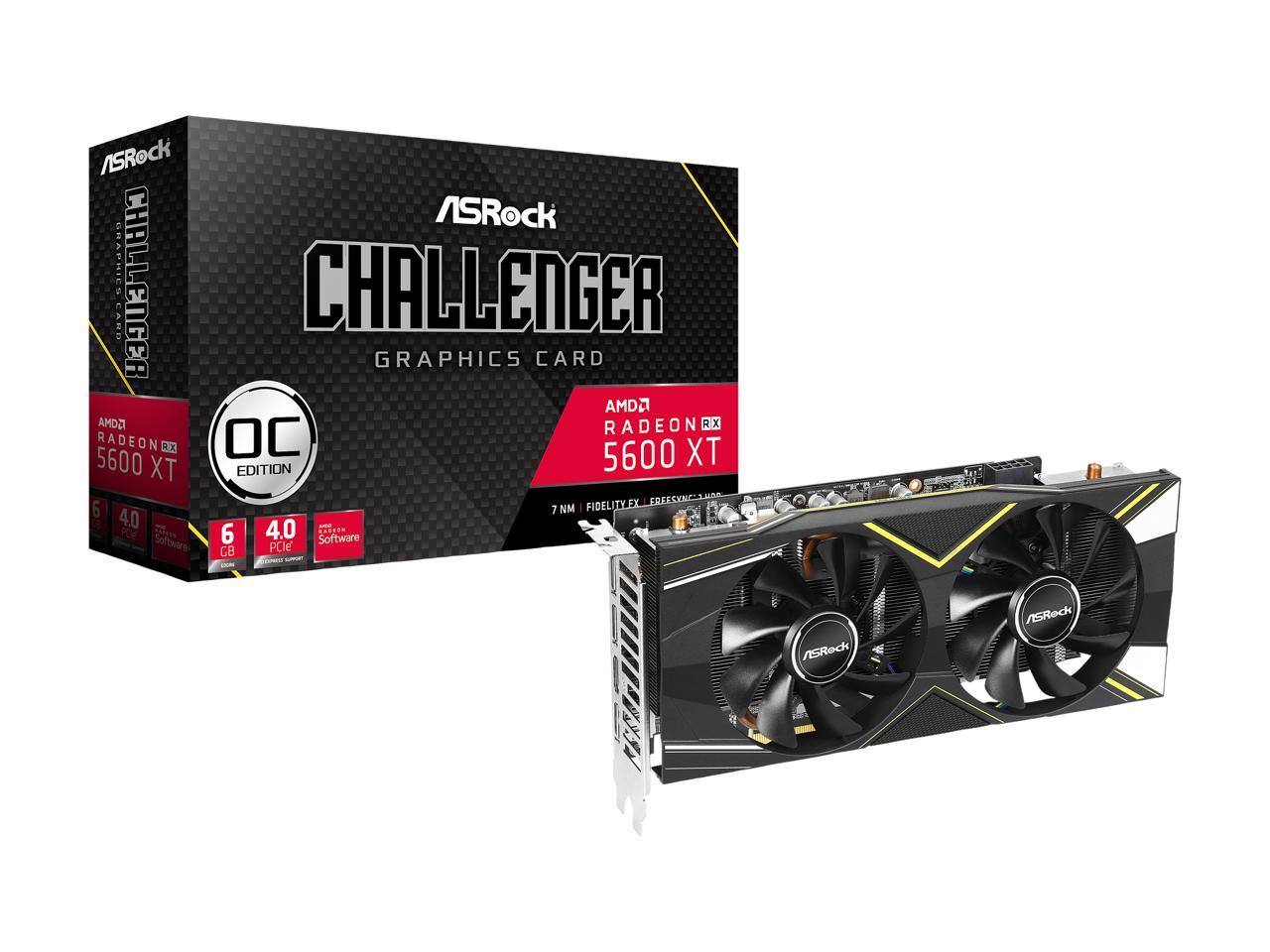 Pros: Pros: - Excellent bang for your buck with great performance.

Overall Review: OK, so I bought an Asrock 570X motherboard (The Steel Legend) and so I decided to go with the Asrock Graphics Card as well.... Wasn't sure what to expect, but I did expect it to play nice with the motherboard. And it does that : ).... Of course I wanted a RX5700XT but my wallet refused to comply. So I went for this RX5600XT instead (enough left in my wallet for new game too)... OK, I am rather impressed. I am seeing things in my old familiar games that I never noticed before. Very nice graphics and game play is smooth. The cut scenes look fantastic. I can easily recommend this Asrock Graphics card, well worth the price.

Pros: Good performance. Runs most anything I'd want to run. Had a good price for the specs.

Cons: Frequently crashes to green screen and forces a reboot. Or at least, far more frequently than it should (which is never). Awareness of this problem seems to have become very common in the time since I purchased the product, as pretty much all the negative reviews mention the same thing. Early on, this had solid reviews, but that was probably a review of the thing on paper as opposed to what it actually could do.

Overall Review: Well, it's 2020 and I've done more than my fair share of gaming. A green screen every 80-100 hours when using the GPU doesn't sound like much, but it does get really annoying. Right now, I couldn't recommend this to anyone. I'd like to think that maybe it's a software issue that will eventually clean itself up, but there is an annoying possibility it's a heat issue and it just can't cool itself, and that's a hardware problem that won't go away easily. Right now I'm just a little concerned there doesn't seem to be agreement over how to fix the problem.

3 out of 3 people found this review helpful. Did you?
Manufacturer Response:
Dear Valued ASRock Customer, Sorry for any inconvenience this may have caused you. We will be more than happy to assist you. Please contact us at https://event.asrock.com/tsd.asp Thank you ASRock Support Tech Support Email: https://event.asrock.com/tsd.asp
Guido K.
Ownership: 1 week to 1 month
Verified Owner
Good card, but abnormally thick5/4/2020 10:41:27 PM

Pros: Good performance for the price

Cons: This card is more than 2 slots wide, so it will block the next slot on most motherboards.

Overall Review: If you have the room, this card is a good performance value for the price.

Cons: Bad drivers, have to optimize a lot the first week to evade green and black screens. Bad support from Adrenaline software.

Overall Review: A very good card if you like and know how to optimize it and tune whithout Adrenaline. It is not a plug to play card. Rather than that its a good choice vs the shortage and inflate price for Nvidia cards.

Cons: Takes up a bit more space, will object more than just the adjacent PCIe slot.

Overall Review: Purchased this card as an interim card since my more powerful GPU waits for an RMA. I didn't expect this card to excel at my usual 4K gaming, but I've been pleasantly surprised by its capabilities. Outer Worlds at 4K on High presents is perfectly playable with frame rats consistently above 35. Could go to the Very High or Ultra presets if you were willing to lock to 30. Likewise, FarCry 5, New Dawn, AC Odyssey, and others are all playable at 4K using Normal/Medium presets. Now, this card wouldn't be my first choice for 4K gaming, but it really illustrates has accessible 4K gaming as become.

Pros: Good performance for it's price.

Cons: Lots of crashing. If you want a card that just works when you install it, this isn't for you.

Overall Review: I regret buying this. I saw the price and performance so I decided to give it a try. Supposedly the crashes are due to bad drivers. Google "5600 green screen" to see how prevalent the problem is. Apparently the issue extends to the 5500 and 5700 cards as well. You can minimize the crashing by jumping through some hoops and babysitting it. Or you can just get a different card that actually works the first time around.

1 out of 1 people found this review helpful. Did you?
Manufacturer Response:
Dear Valued ASRock Customer, We sincerely apologize for any inconvenience this may have caused you. Please loaf the BIOS setting default. Test with 1 x memory, switching another memory if its same issue. Download and install the GPU driver link below. Link: https://www.asrock.com/Graphics-Card/AMD/Radeon%20RX%205600%20XT%20Challenger%20D%206G%20OC/index.us.asp#Download Check the GPU is not overheating. If you have any technical support inquiry, please contact us at http://event.asrock.com/tsd.asp We will assist you shortly. Thank you ASRock Support Tech Support Email: http://event.asrock.com/tsd.asp
Chris M.
Ownership: 1 month to 1 year
Verified Owner
Good, while it lasts8/10/2020 6:37:59 AM

Cons: Card lasted less than two months and has been sent in to be replaced.

Overall Review: great graphics for the price. Make sure you add extra cooling for your case.