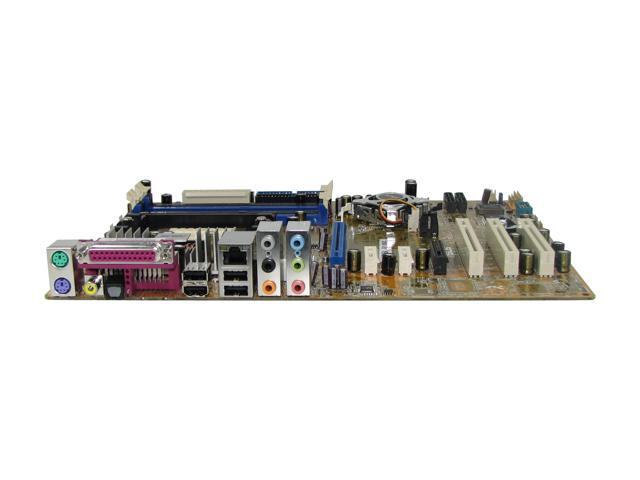 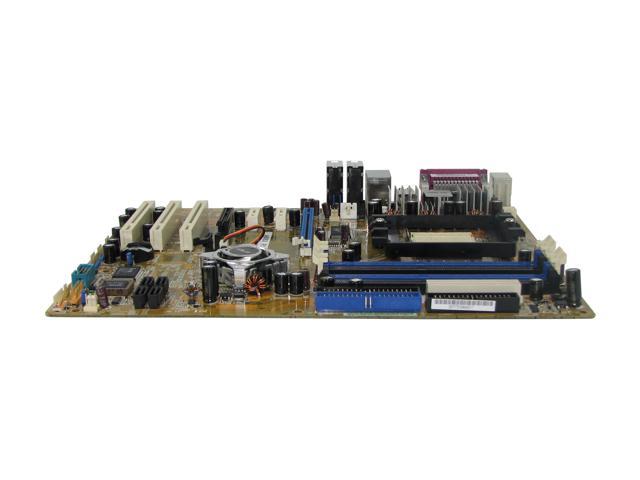 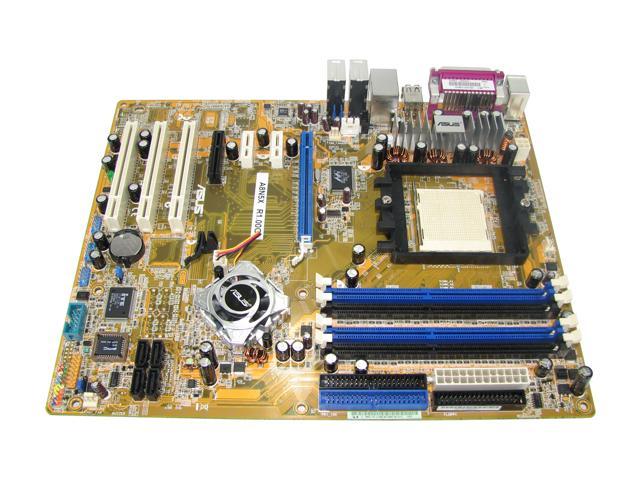 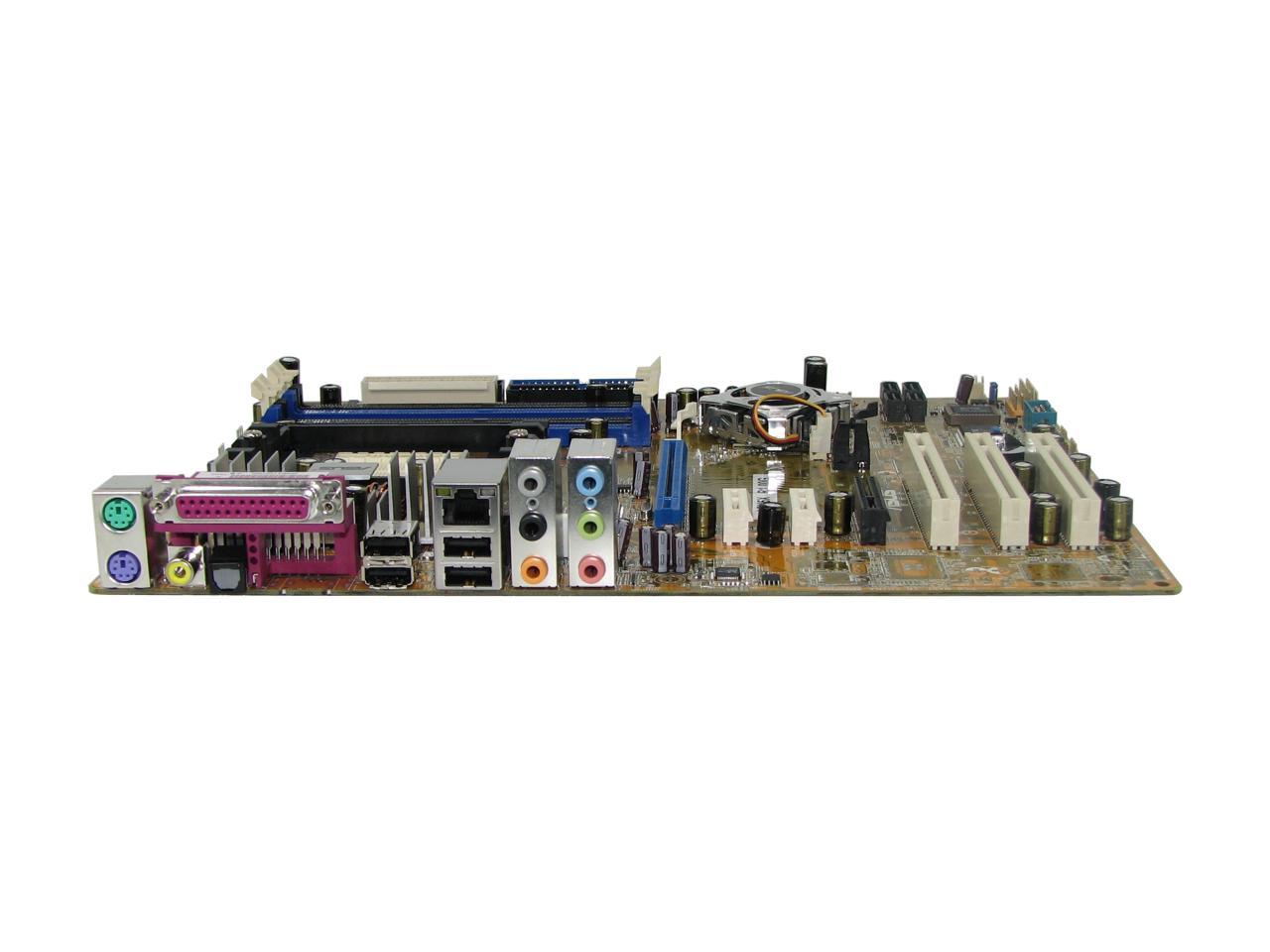 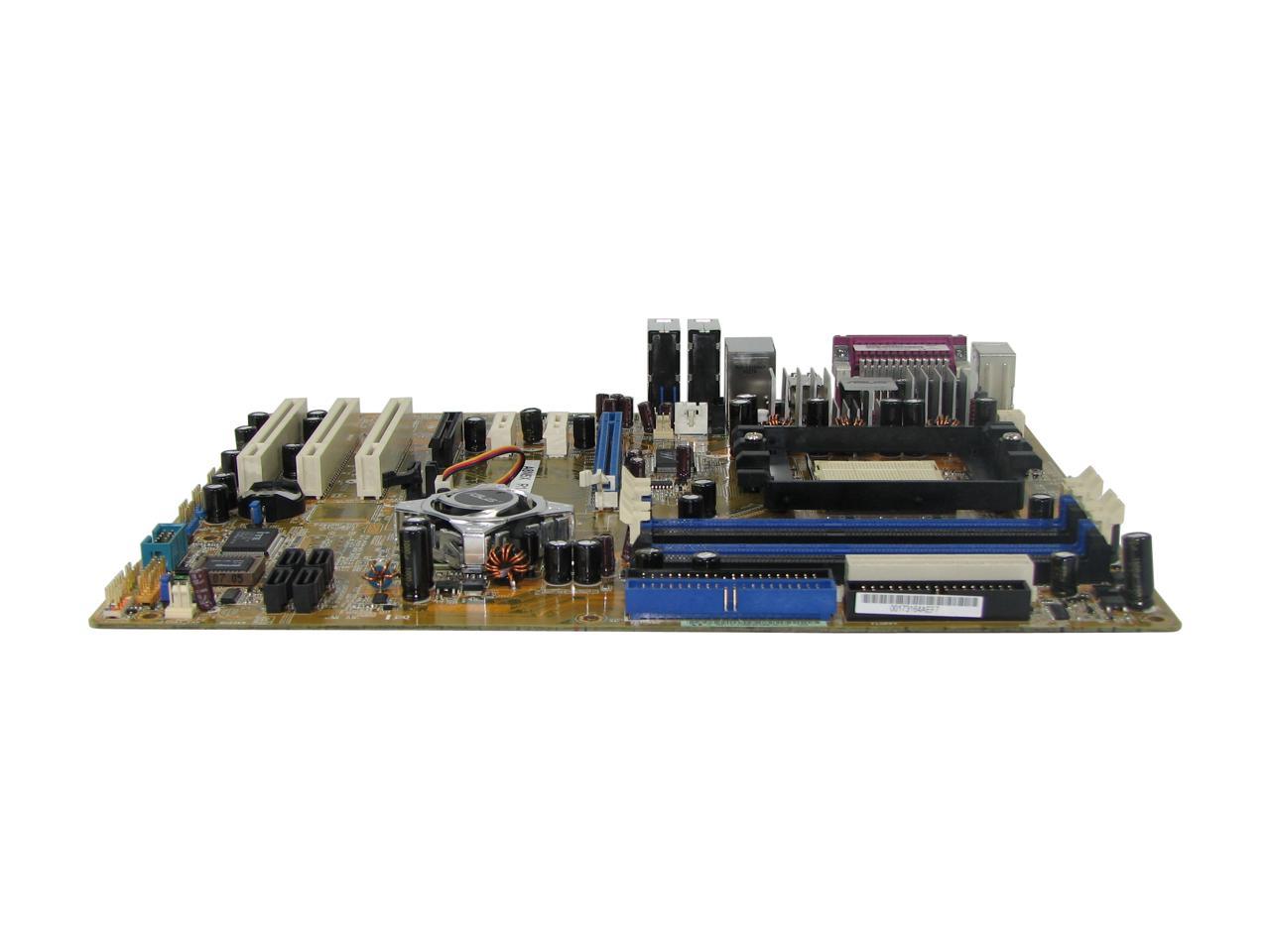 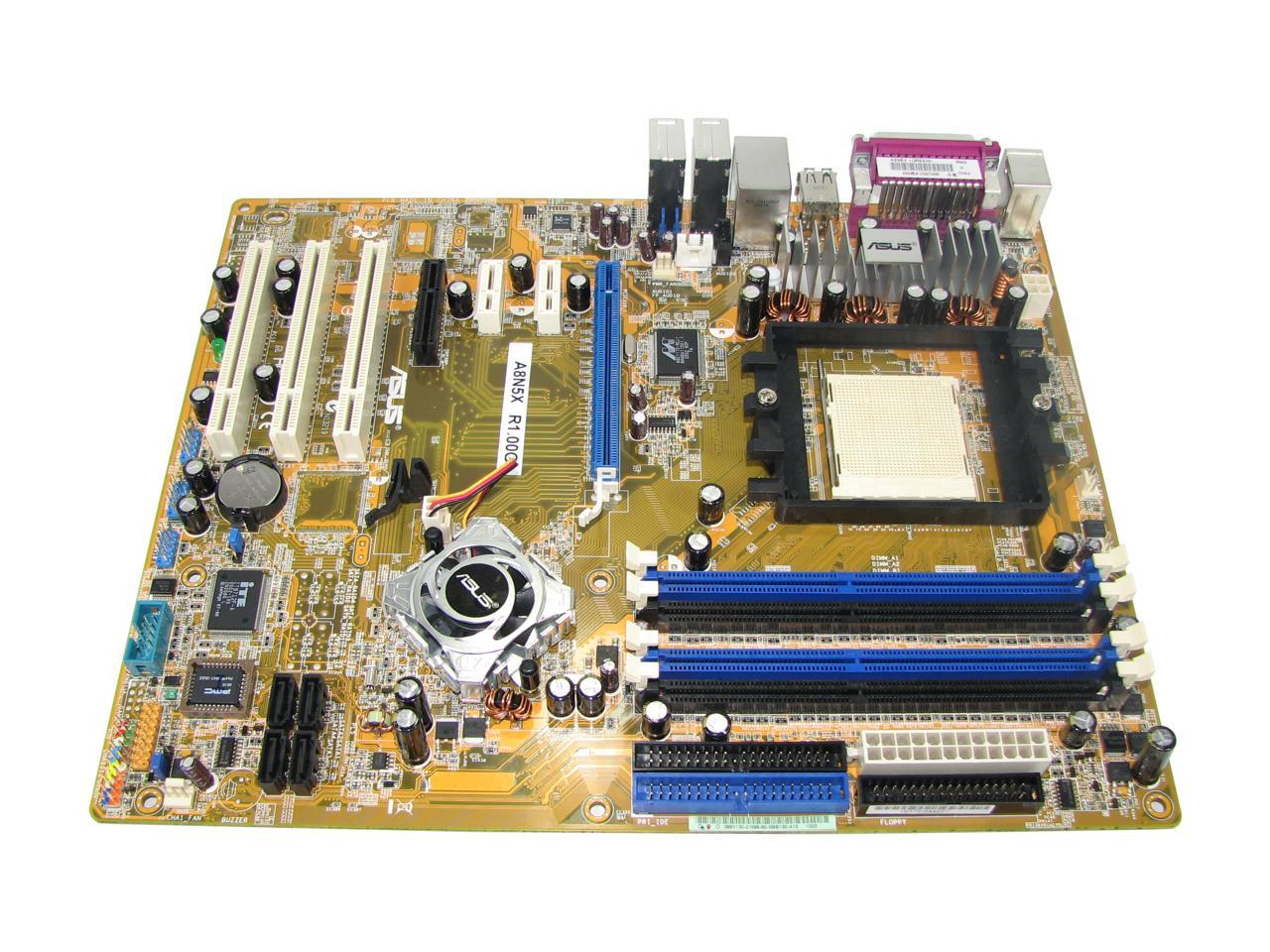 (719) Write a Review
OUT OF STOCK.
Overview
Specs
Reviews
The ASUS A8N5X motherboard, based on the high-performance NVIDIA nForce4 chipset, offers amazing value for a Socket 939 AMD platform with its high quality, cutting-edge features and low cost. The NVIDIA nForce4 chipset supports the HyperTransport bus capable of data rates of up to 2000MT/s, allowing you to take full advantage of AMD's potent Socket 939 processors including the Athlon 64, Athlon 64 X2 and Athlon 64 FX products.
Featuring onboard Gigabit LAN, 2 PATA and 4 SATA connectors with NV RAID support and 8-channel onboard audio with optical and coaxial S/PDIF ports for digital audio transmission, the ASUS motherboard also comes with ASUS’ unique AI NOS, Precision Tweaker and PEG Link features to further enhance the motherboard’s already amazing performance.

Learn more about the ASUS A8N5X

Pros: Got this MB for my very first DIY PC - it was a total breeze to install (only one very minor setback, see below) and survived what I'm sure were several newb mistakes in handling a MB (I definitely shuddered after whacking it by accident a few times, but I've had no problems with its performance)

Cons: Rear I/O shield *ever so slightly* too big for my case (ugh!); for setups with 1 memory card, the instructions say to put the card in the B1 slot, but this is wrong (it goes in the slot closer to the CPU); cpu heatsink is kind of close to the PCIe slot

Overall Review: At first I freaked out that my graphics card was defective since I was getting 1 beep at startup but no visual display. Called ASUS tech support and they told me to switch the location of the memory card, and everything has worked perfectly since then. Very pleased with this MB.

Pros: Has everything I need and room to add a few updates. This is my second Asus board, and I expect this one to be as reliable as the last one. Still playing around with some of the bonus features. Has most of the features of a top end board without the full top end price. Vid compression runs the CPU at max for hours, and this board has never blinked.

Cons: The built in quiet fan sometimes runs my stock AMD fan a few RPM below minimum during startup and beeps an error. Happened twice, so I now use an OS based control. Fan is always up to speed by then. Never caused a heat issue. Maybe I should take a hint and buy a nice CPU cooler. Not much of a con really.

Pros: Just an all around good board! BIOS is super easy with plenty of options, even OCing if you want, and the documentation for installation of front panel and USB pins is pretty good. Installed the board, the components, and it fired right up!

Cons: Northbridge fan is a known issue, it was a pain in the rear to replace. PCIe retaining clip is very difficult to get to in order to remove a card. This board could've really used a 1394 port, either internal pins for the front panel or built in. Onboard sound is adequate, but not great.

Overall Review: I'd highly recommend this board for someone not interested in SLI or just wanting to build a good performing system that will be Vista ready. This board is perfect for that. For someone wanting a system with a few more features, look elsewhere.

Pros: Bought two A8N5X two weeks ago. One works great, the other was DOA. Have been a big fan of NEWEGG and ASUS in the past. Will give a 3 egg rating because of the one good MB.

Cons: Was shipped one good MB and one DOA. Wouldn't turn on the power supply. I have been working with computer hardware for over 20 years and have used dozens of ASUS MB's before. My problem with Newegg is that they ship a dead MB and then tell you to contact ASUS for help. ASUS support is a joke these days. Have been trying to contact someone there for over a week and haven't succeded yet. Had to order another one because I need it and have no idea how long it's going to take getting the bad one replaced.

Overall Review: Spent hours verifing the dead MB. All components worked fine with the good one. Must be a bad power transistor the turns on the power supply. Went to the ASUS online support link supplied by Newegg and tried at least 10 times to submit my request and each time got a "unable to connect to server, try again later" message. Got another link to their help desk and it times out. Now trying to call them, not a toll free # BTW. No luck so far.

Cons: Nothing I can really think of, but if I had the choose, I wish they would add an AGP slot to have the choice of PCI-express or AGP.

Overall Review: Great overall MOBO. I have used nothing but Asus since my EPOX one burnt up years ago and never had one issue. Bios has always been stable and easy to use. Overall AN AWESOME gaming board.

Cons: Bios problem-don't use Ma*tor SATA drives as boot drive with this board!

Overall Review: Good mobo overall. Typical Asus stability, easy to configure, update bios ect. I had one huge problem with this board however. When building my system, I installed a ma*tor 200GB SATA drive as my boot drive. Immeadiately after installing the OS I ran into an interesting phenomenom, boot times varied a lot, sometimes a quick boot, sometimes minutes to enter Windows. The second day after builing the system, on a restart the system refused to boot...the bios reported no sysytem disk found! Sure enough, entered setup, and the boot drive was gone. Had to clear the CMOS to get the board to detect the drive again. I checked the Asus website and found a forum entry with the same problem. Apparently Ma*tor SATA drives are a no-go as boot drives with this board, even using the latest bios (0401). N^rton ghost solved my problem, as I cloned drive C: to my WD320GB SATA drive D:, swapped SATA connections to the board, and edited the registry in windows to change the drive letters.

Overall Review: Great card for the money. Small gripe is no firewire support on the board, so I cant use the firewire port on the front of the case. My fault for not readin more carefully. Runs a AMD FX55 and NVIDIA Geforce 7900 like a champ!

Cons: Cheesy chipset fan, although it is sufficient.