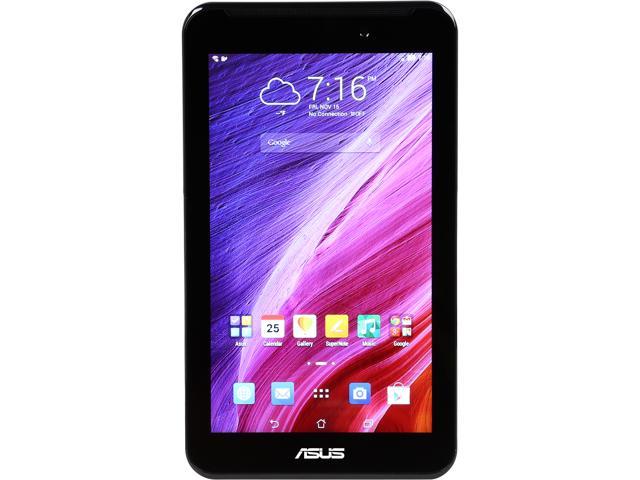 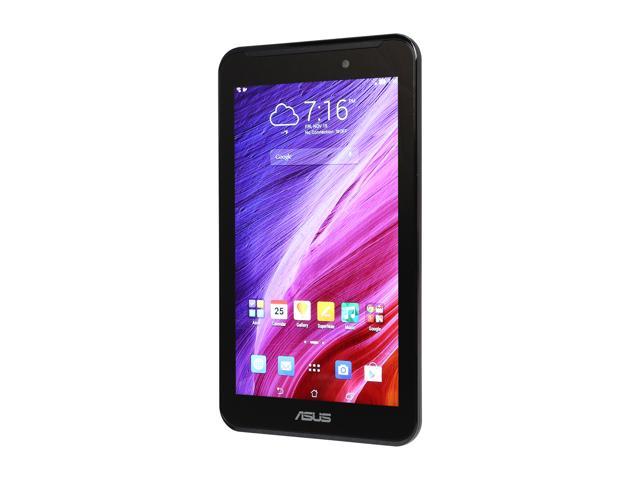 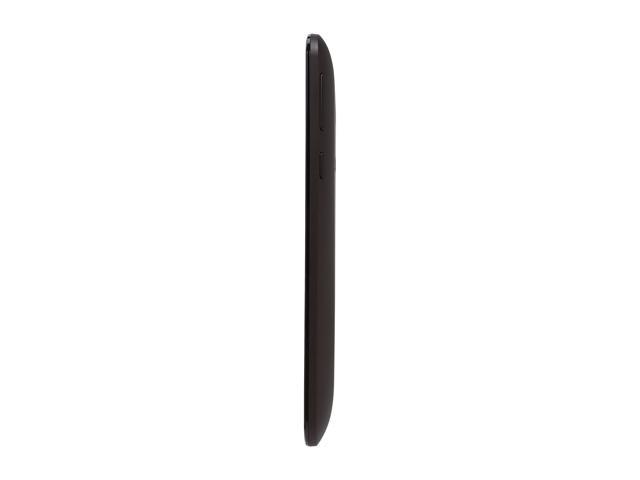 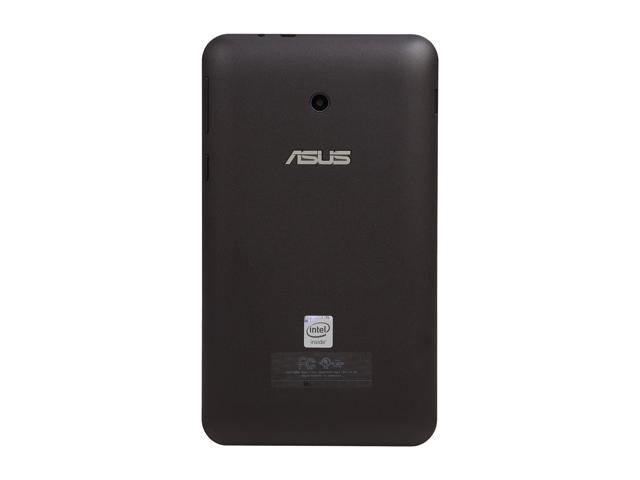 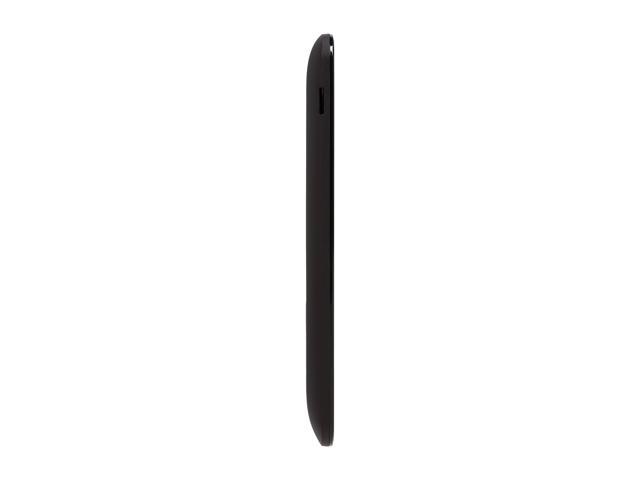 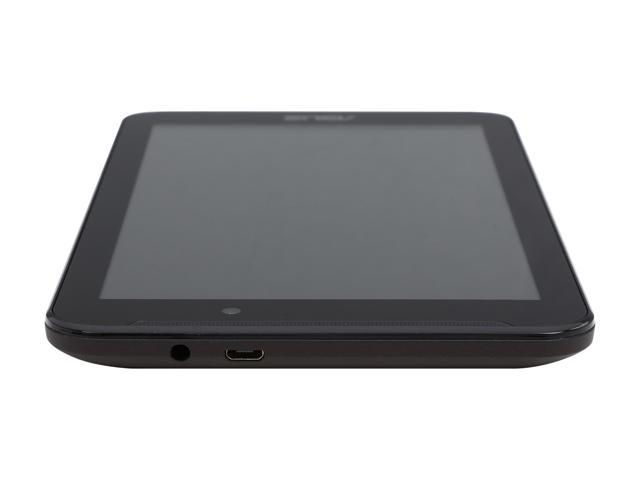 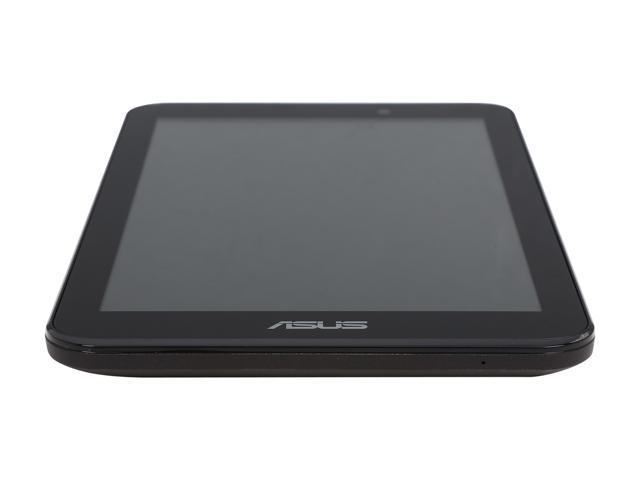 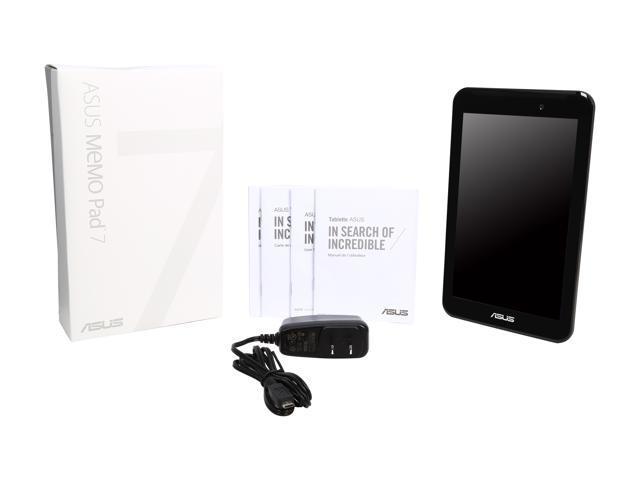 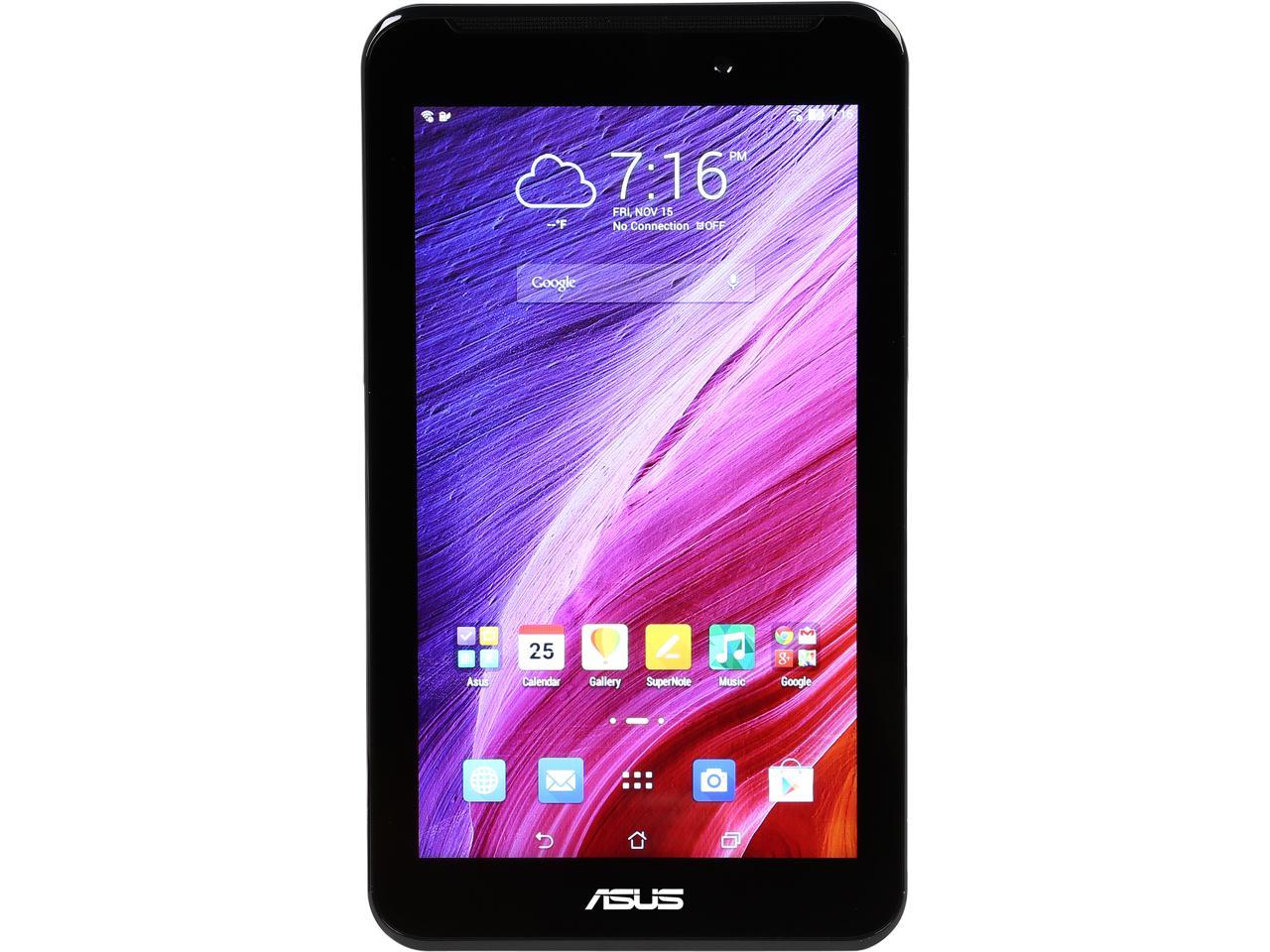 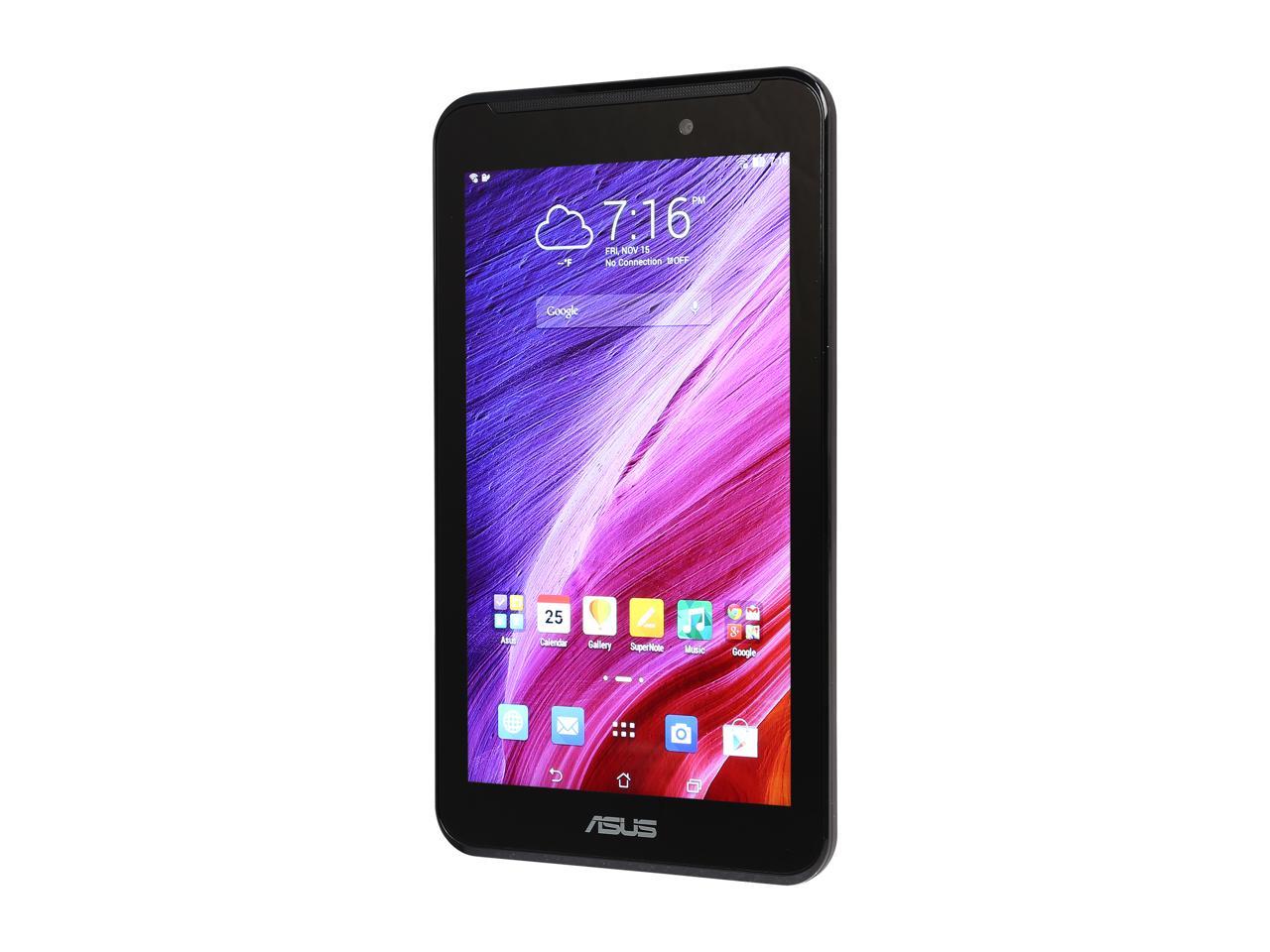 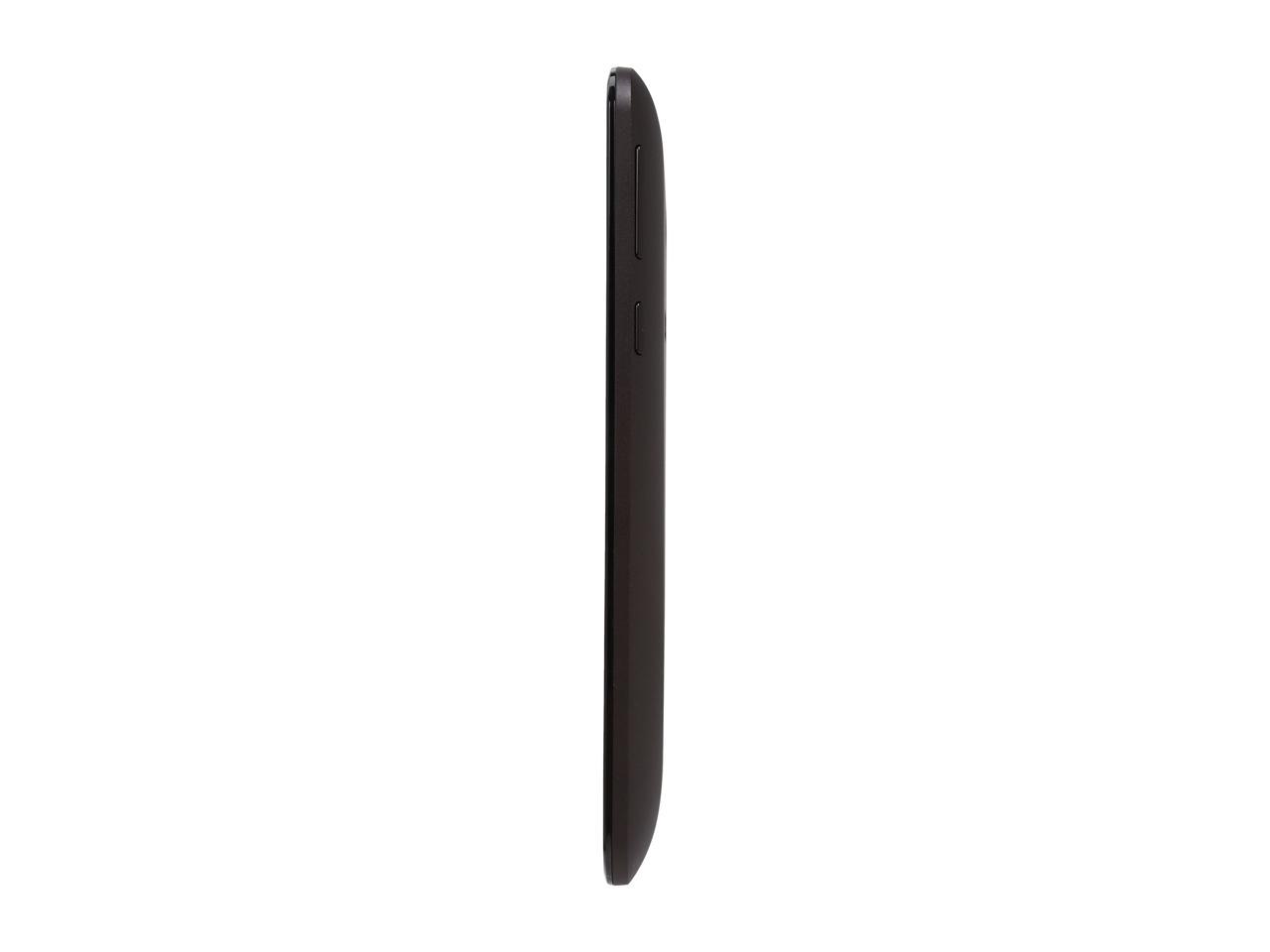 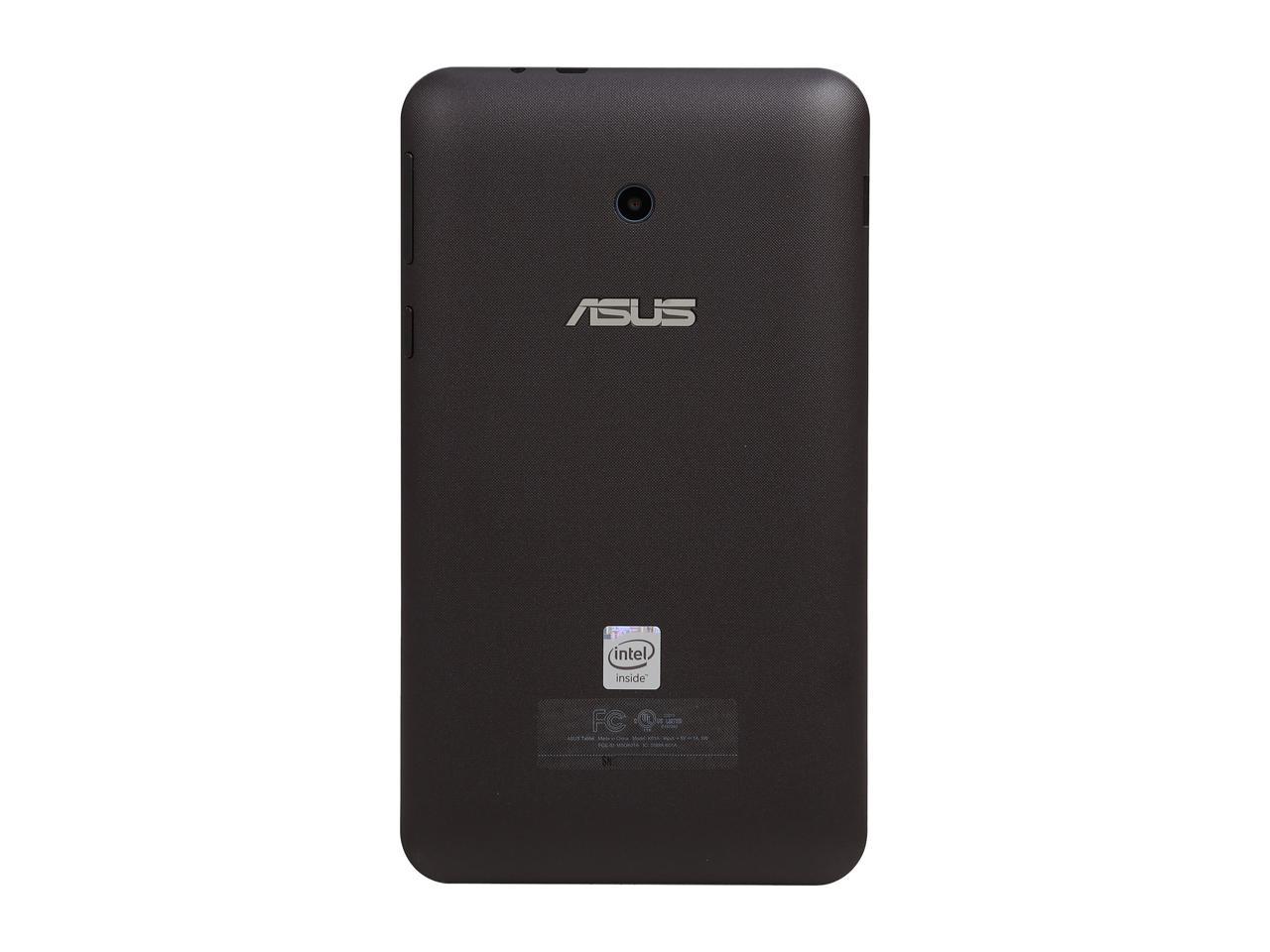 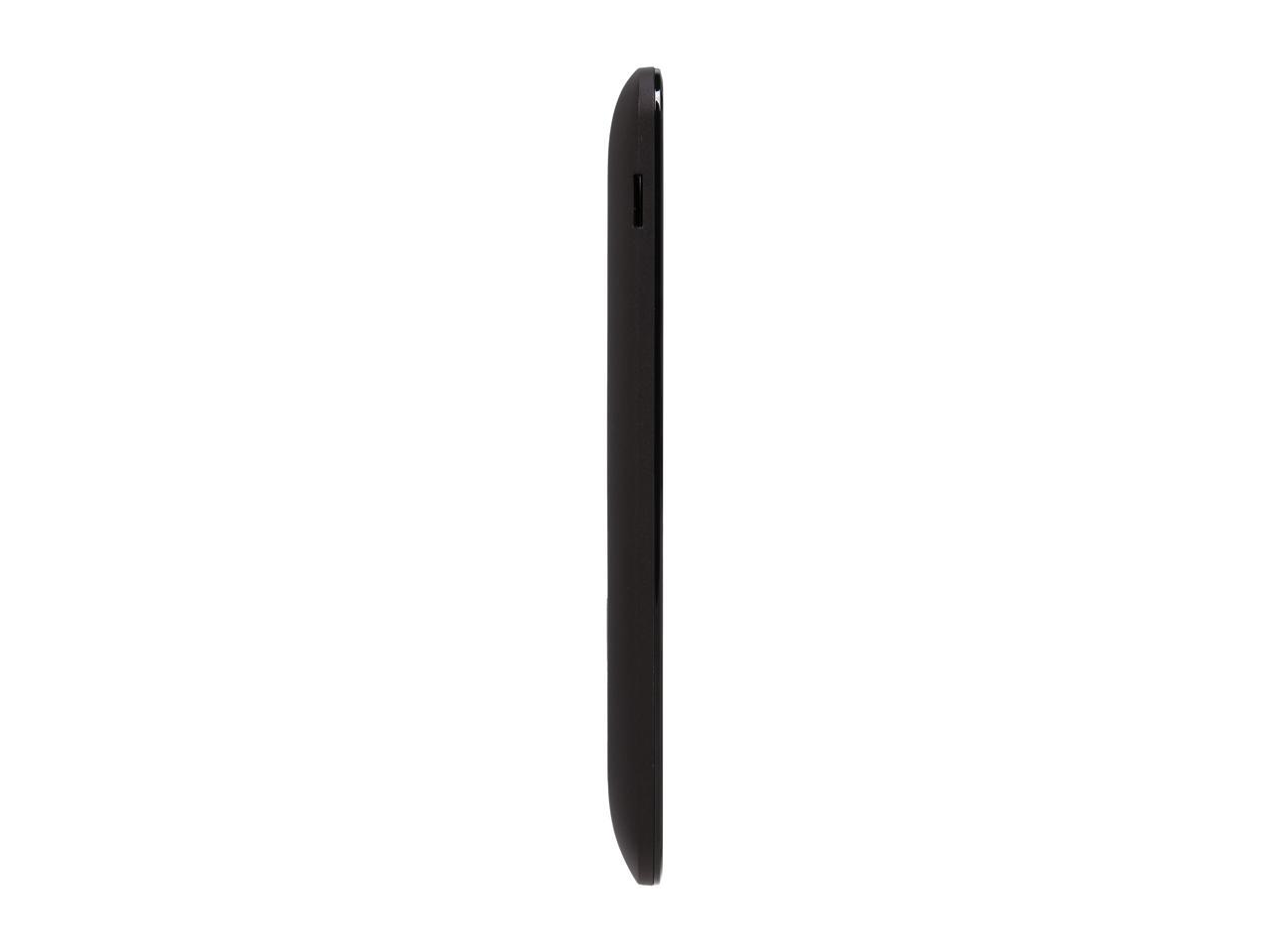 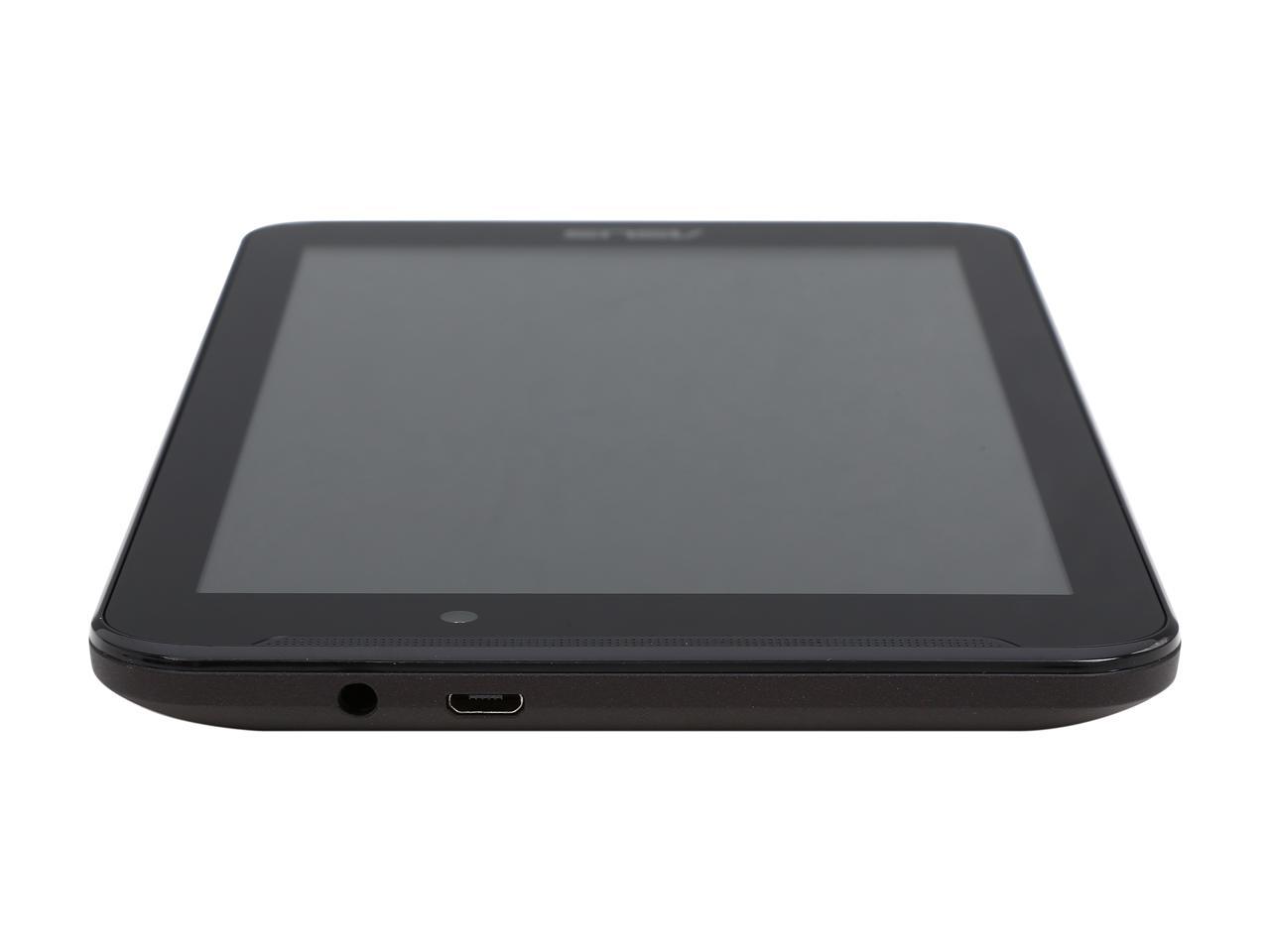 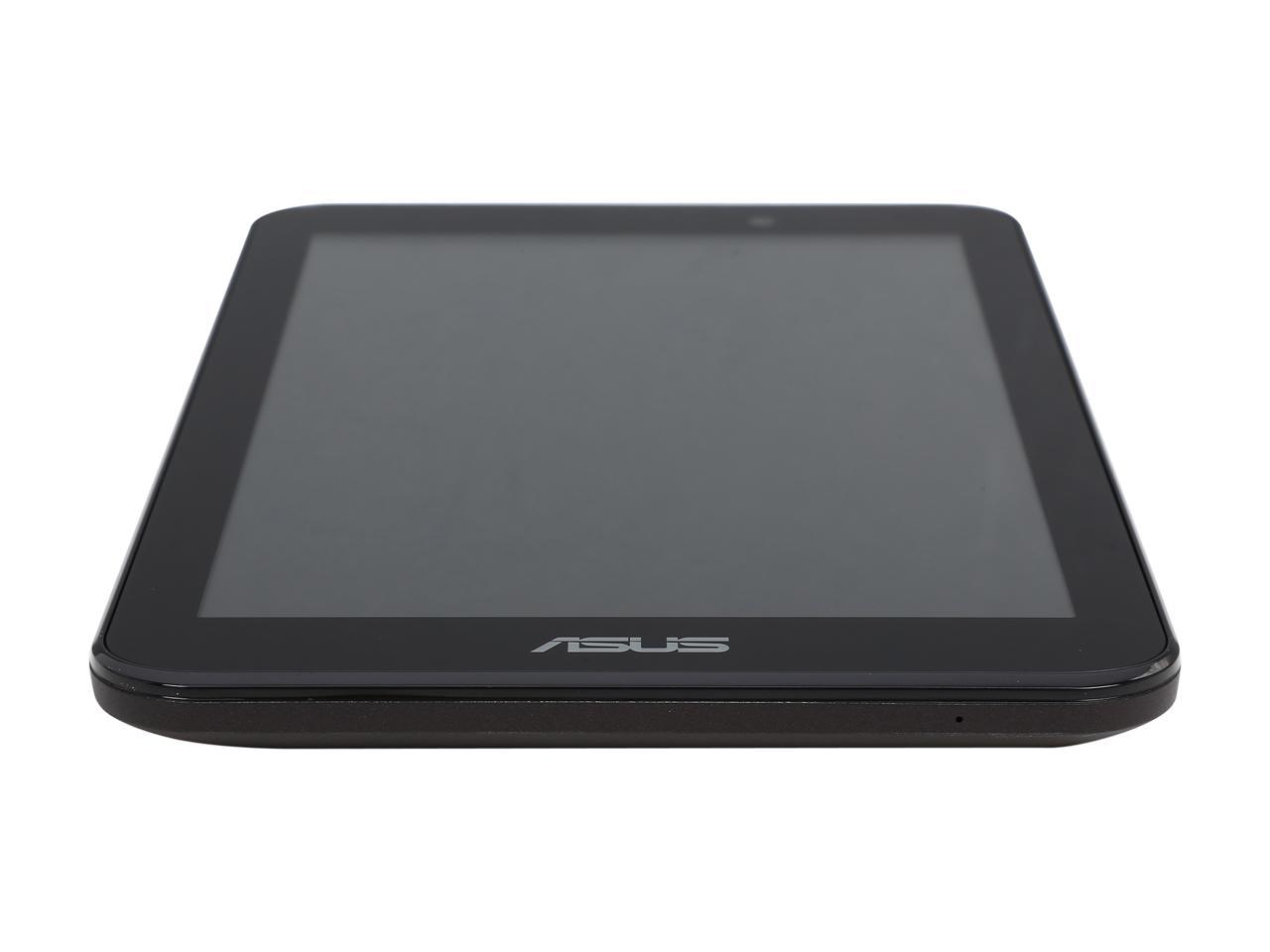 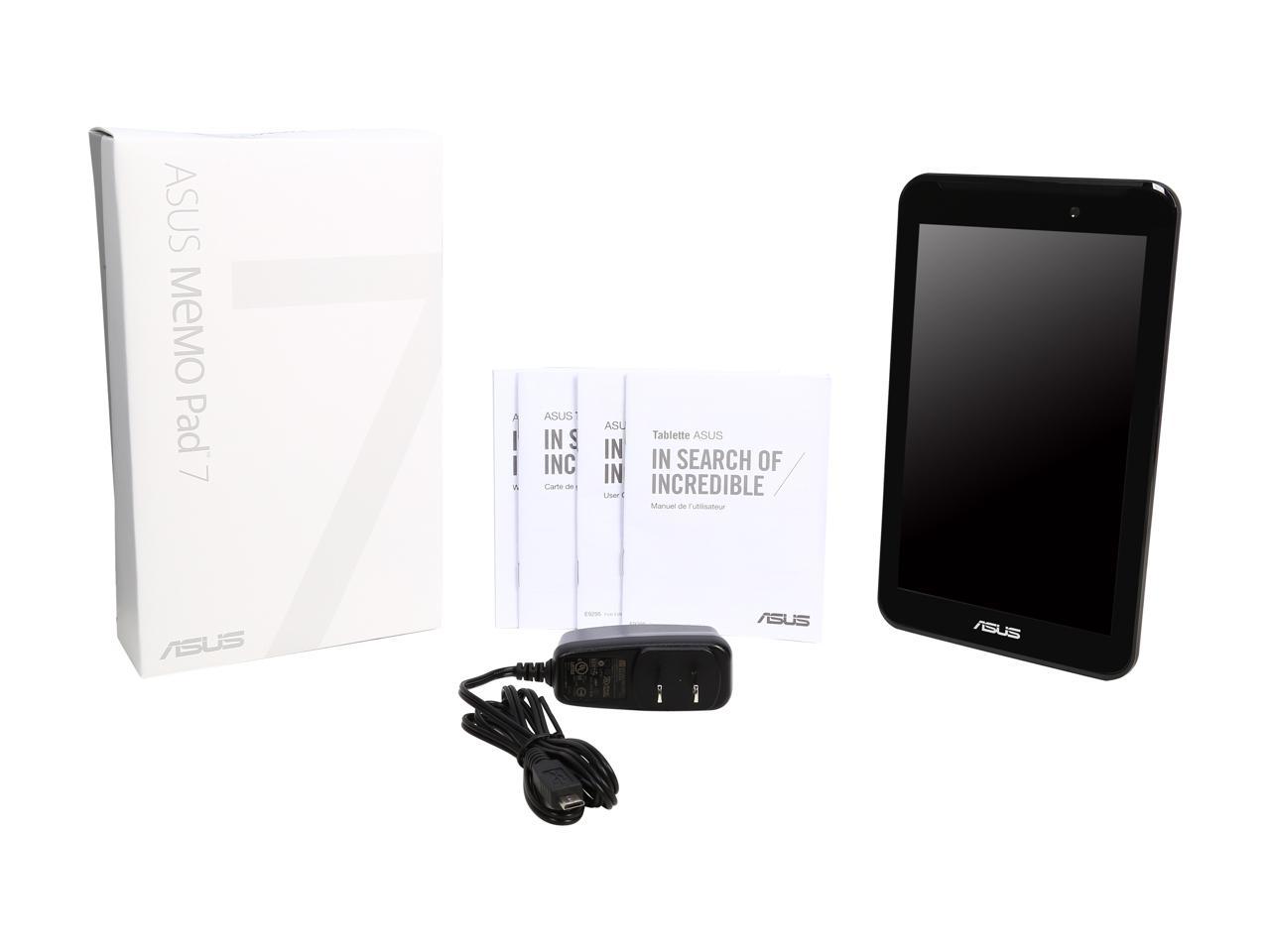 Learn more about the ASUS ME170CX-A1-BK

Pros: Was excited to get myself a tablet to watch netflix on, play games, even bought a case with a keyboard to play around with coding in python & javascript. Also boasts a lot of storage space which works well for people who save movies or music. This is great for someone who wants a very BASIC tablet that would be browsing the internet, watching youtube/netflix, or playing non graphic intensive games.

Cons: Can not handle high end games like Hearthstone or Dungeon Hunters. Do not buy if you want to use it for these games as the operating system is only android 4.3 and uses an intel accelerator for its GPU. My Galaxy S4 out performs this device and can accept phone calls which if it was not for the screen size I probably wouldn't use the device.

Overall Review: Great for kids, your parents, or someone looking to do basic internet connectivity without the price tag of a Laptop or iPad

Cons: Exactly 2 months too the day the battery is dead. Perfectly fine no problems up until my daughter put it down 2/13. Next morning 100% dead battery will not charge at all. Cannot put it on.

Overall Review: This is just not acceptable to have a device stop functioning in 2 months. There has been no abuse to it at all as we have strict rules on use.

Manufacturer Response:
Dear Dan, Thank you for the positive comment on the tablet. I apologize if the system failed to charge or power on after 2 months. Please verify if the USB cable and AC adapter are properly connected from the tablet to a working surge protector or AC outlet. Please try to disconnect the AC adapter and let the unit drain for 24 hours to reset and clear the memory. After doing this, please reconnect your AC adapter then power on the unit. If the problem persists, please press and hold the power button, repeat this process a couple of times, until you see an ASUS logo or a battery icon. If a battery icon shows up, let the battery charge fully before turning it on again. If you need further assistance, please email me at cl-rodel@asus.com and write down service# N150314376 on the subject line. Thank you for choosing an ASUS product. Regards, Rodel ASUS Customer Loyalty
Greg S.
Ownership: 1 month to 1 year
Verified Owner
worked good for a little while2/4/2015 7:13:25 PM

Pros: worked good for a while

Cons: Stopped working after two months, no longer will charge

Pros: Sturdy build / durable - Tablet does not feel cheap at all. Utilizes 64-bit atom processor - Packs plenty of punch No Slow downs Kid (Toddler) friendly Surprisingly good built in speakers Asus does a good job in providing updates (No Lollipop yet, but since owning the tablet I have already received two updates. Thats even after the initial unboxing / bringing up to level. )

Cons: Screen does not function well when viewed on various different angles. Overall the screen looks great, but side viewing (aka viewing when not directly in front of tablet) leaves more to be desired. No other cons

Overall Review: This tablet was purchased for my 5-year old son. I did not want to invest a high amount of money into a device or my accident prone son. This budget friendly tablet packs a punch to handle his gaming trends while providing excellent durability. After completing the initial setup for him I came to the realization that this is also a tablet I could see myself using on a daily basis.

Pros: None that I can speak of.

Cons: The Asus Memo failed to power up. Did a little trouble shooting and even waited for the 8 hour charge. (which in hind sight was a goofy idea) and it did nothing. Newegg btw did a good job at sending and processing the return of the product. I will continue to purchase products (ones that I will do better research on) at newegg.

Overall Review: I do research my products but didnt on this one. There was a limited amount of reviews on this product at newegg but there were many more at other venders. This product has a bad history with its battery and with simply powering on. Luckily I check my electronics before gifting them. I have several Asus laptops and they work fine...this one is just a dog.

Manufacturer Response:
Dear Mr RMA, We appreciate your time posting this review and I understand that you have problem with the unit. It's unfortunate if you think the "Product" is a huge disappointment. On the contrary, there are lots of very satisfied customers that are having positive experience using the product.All ASUS products undergo intensive quality control testing and inspections, the issue with the product is an isolated case. ASUS provides warranty for the laptop in order to fix or repair any isolated factory escape defect. In the future if your going to have problem with any ASUS product please feel free to email me at customerloyalty@asus.com and put case # N150127013 in the subject line for your reference. ASUS Customer Loyalty are dedicated in helping you and all other ASUS customers. Thank you for choosing ASUS. Best regards, Mark ASUS Customer Loyalty
Nichole R.
Ownership: 1 month to 1 year
Verified Owner
Very disappointed9/17/2015 9:29:36 PM

Pros: It looks very nice and feels very solid and good quality. Getting the screen repaired went smoothly and quickly.

Cons: I bought this for my mother as a gift. I researched budget tablets and this one had great reviews, plus it was Asus which I've always loved and found to be of high quality. Unfortunately, she's had nothing but problems with it. Initially there was a small white spot on the screen. She was able to send it in and get that fixed. From the start, she had problems with it - running slow, wireless not working consistently, gradually reduced battery life. By the time she got it back from being repaired, I was no longer living near her, so couldn't help her troubleshoot any problems. My mother is not tech savvy, so I chalked up her difficulties to that. After a couple months she began having serious problems with the battery life. It reached the point where it would only power on while plugged in. After trying several different cords, she was finally able to get it to hold a charge, but only for 3 or 4 hours. Even after using it for 5 months, it continued to be very frustrating for her and I began to think it may be more than just the struggles of a learning curve. I came home for a visit to find she had gotten so frustrated that she hadn't touched it for two months. So I decided to check it out. She was correct, it was very sluggish. Opening apps took an unreasonably long time and once open they were sloooooow. Due to the difficulty she'd in using it, she had installed nothing nor downloaded anything so there was no reason for the decrease in speed. Next I tested the wireless in an area where there were 6 public networks with full signal strength. After about 30 attempts to connect to any of these networks, I had 4 successes. All other attempts timed out and would not connect. On the successes, I attempted a Google search. Three of those attempts failed to load after 1-2 minutes each and then the network showed connectivity issues. Thinking maybe the networks were experiencing high traffic, I tried again using my parents home wireless. Connections were successful half the time. The speed was just as slow. Laptops and phones had no issues when I tested them for wireless connectivity/function. I told my mom it wasn't her, it was the tablet, and I encouraged her to get rid of it and I would buy her a different one. She said she would contact customer service first. The next time she went to turn it on, she got a black screen telling her it needed to be debricked, and was unable to do anything with it. And that's all it continues to do. She's been too busy with her job to contact customer service since then. I'm very disappointed in this product. My mother's only positive experience with it was that the white spot on the screen was fixed. I feel terrible that my gift, intended to help make her life easier, has been nothing but frustrating. And sadly, way too much time has passed to return it. We will continue to work with customer service to repair it, but my hopes aren't high and the warranty ends in December. I DO NOT recomm

Manufacturer Response:
Dear Nichole, Thank you for the positive comment that you have provided to the tablet. I certainly understand your disappointment with the product and your concern regarding the tablet failing to power on or bootup suddenly. Please try to do a hardware reset by disconnecting the AC adapter and let the battery drain for at least 24 hours, longer time will allow the current and clear the memory completely. After completing this process, reconnect the AC adapter and power on. You may need to try a different known good AC outlet or surge protector. If you need further technical assistance resolving the issue, please email me at cl-rodel@asus.com and write down service# N151027695 on the subject line. Thank you for choosing an ASUS product. Regards, Rodel ASUS Customer Loyalty
Travis H.
Ownership: 1 month to 1 year
Verified Owner
Great tablet, unfortunate problem6/4/2015 12:24:09 PM

Pros: Great working tablet, got it for my mother at Christmas. she loves it and is now addicted to candy crush.

Cons: The unfortunate part about this is 5 months after receiving it, it will no longer charge, and wont power up. looked online and seems to be an issue with a few other people as well.

Overall Review: Fix the issue with the battery/ charging, and would be an amazing tablet.

Manufacturer Response:
Dear Travis, Thank you for the positive comment you have provided to the tablet. I apologize if the system failed to power on after 5 months. Please verify if the USB cable and AC adapter are properly connected from the tablet to a working surge protector or AC outlet. Please try to disconnect the AC adapter and let the unit drain for 24 hours to reset and clear the memory. After doing this, please reconnect your AC adapter then power on the unit. If the problem persists, please press and hold the power button, repeat this process a couple of times, until you see an ASUS logo or a battery icon. If a battery icon shows up, let the battery charge fully before turning it on again. If you need further assistance, please email me at cl-rodel@asus.com and write down service# N150626945 on the subject line. Thank you for choosing an ASUS product. Regards, Rodel ASUS Customer Loyalty
Matthew S.
Ownership: 1 month to 1 year
Verified Owner
BEST BUDGET TABLET6/1/2015 9:24:39 AM

Pros: This is probably one of the best value tablets out there and it is superior to any other product at a similar price point. I am not big on tablets, but my wife is and she absolutely loves it. Its great for basic android apps and games (candy crush and such), real quick with browsing, and not bad on multi-tasking. It really does everything the average person wants. Feels pretty nice in your hand too. I have even tried pushing the limits with some higher end games just for fun and it even handles those fairly well!