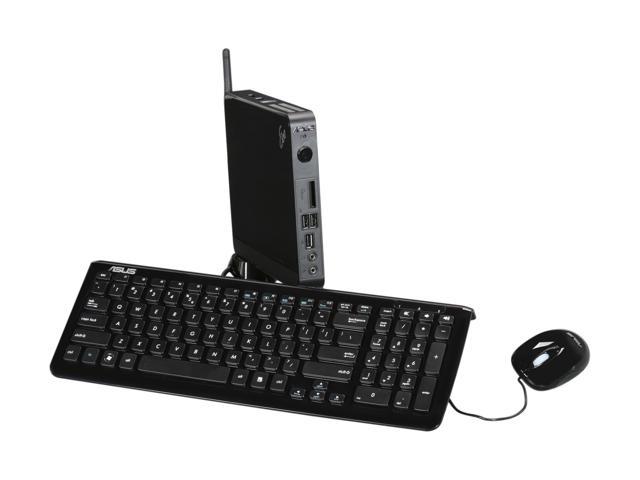 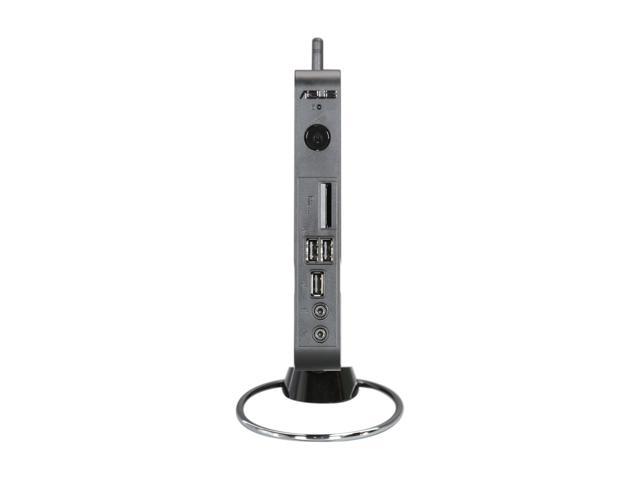 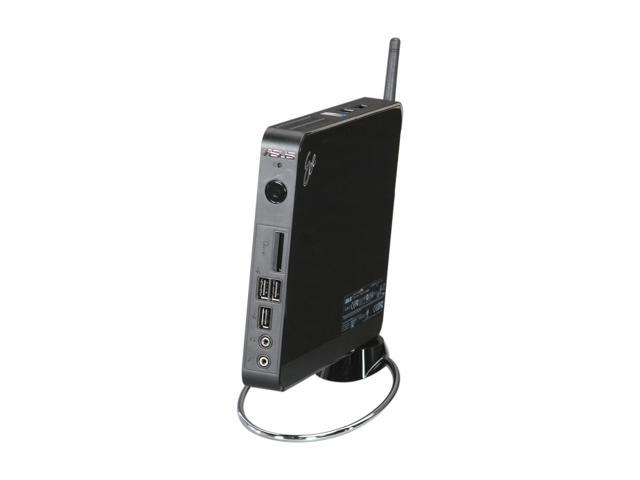 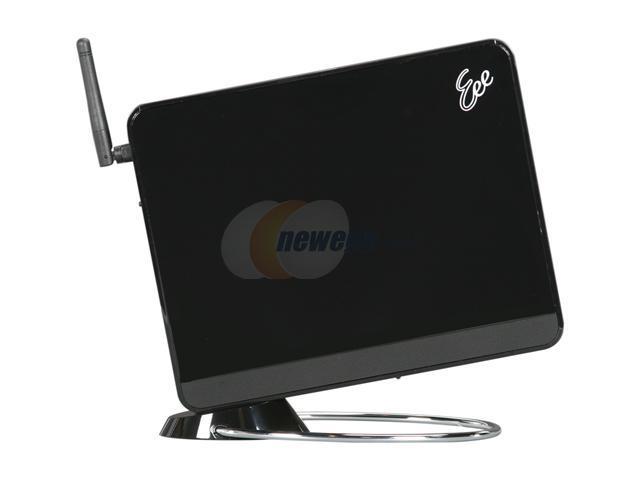 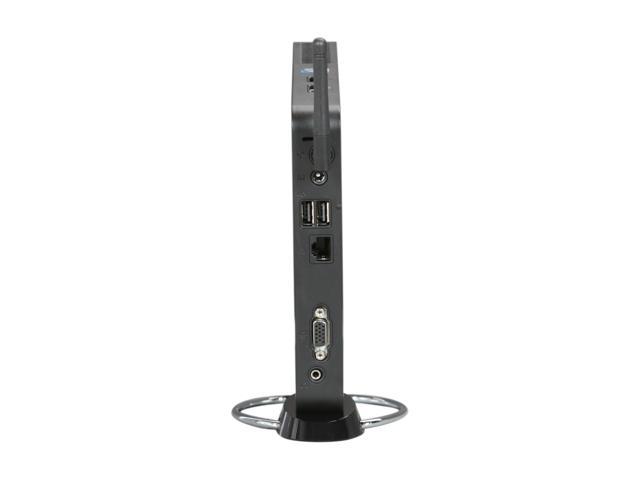 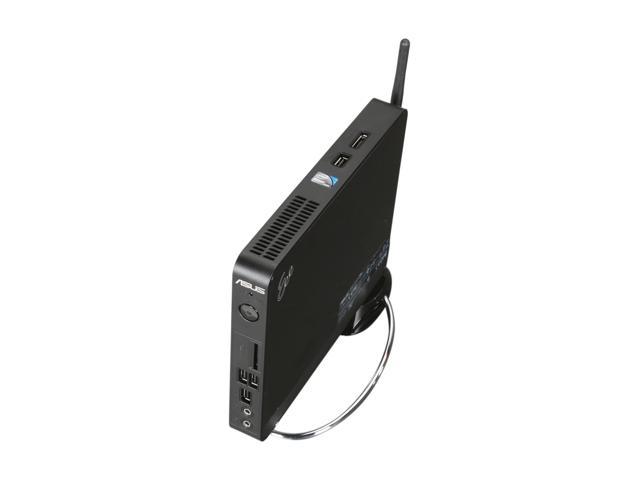 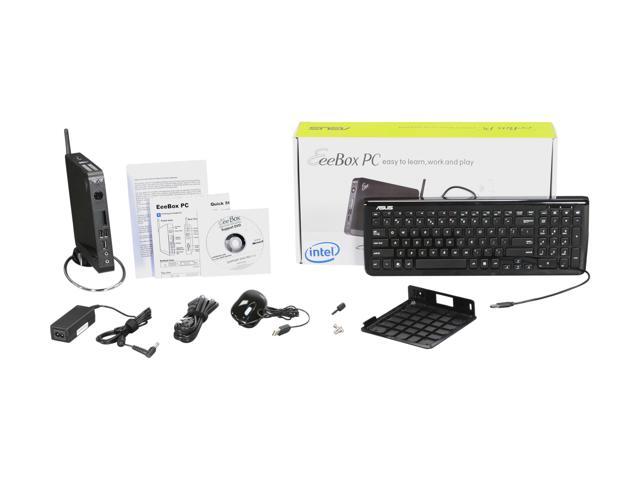 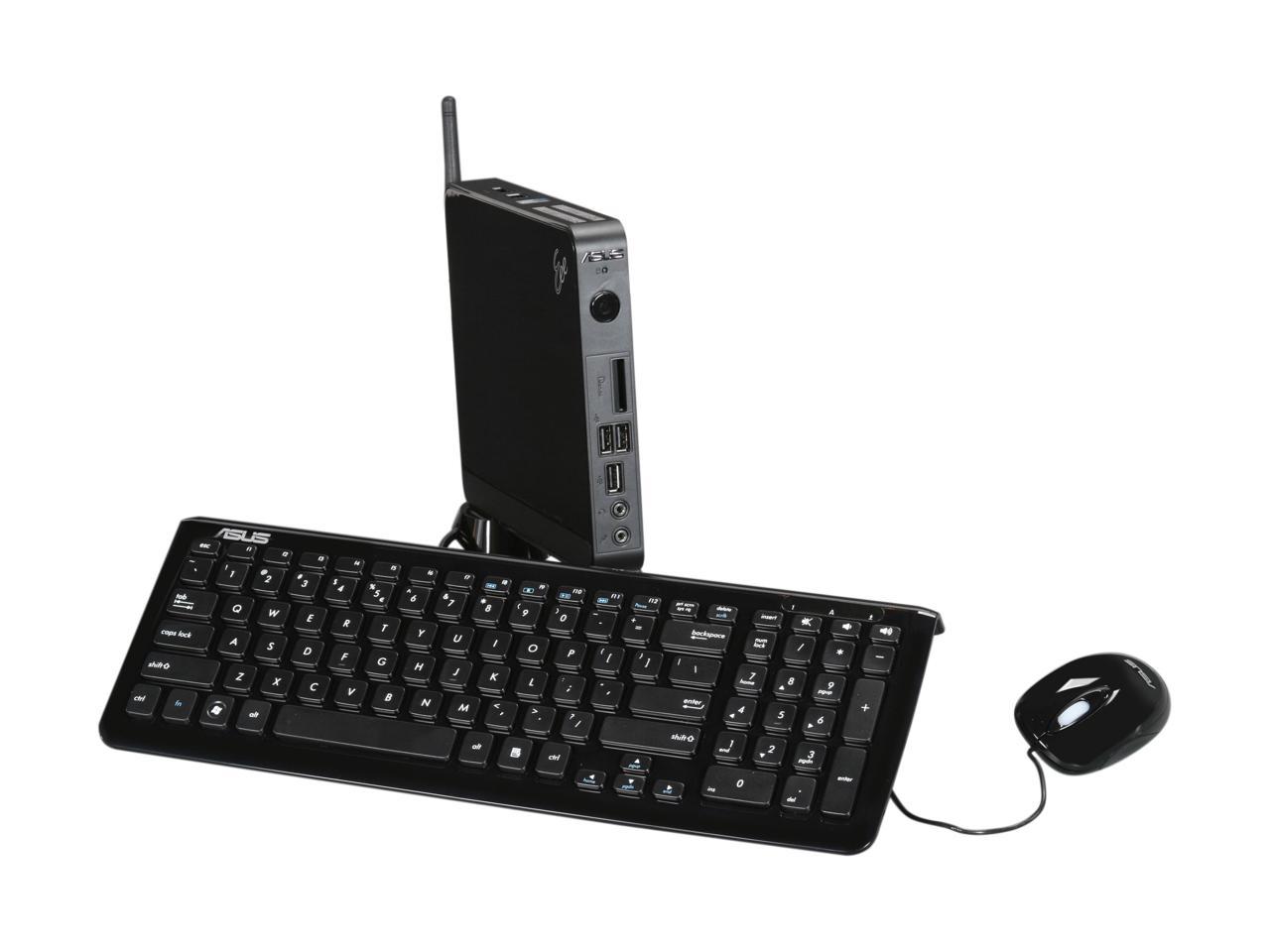 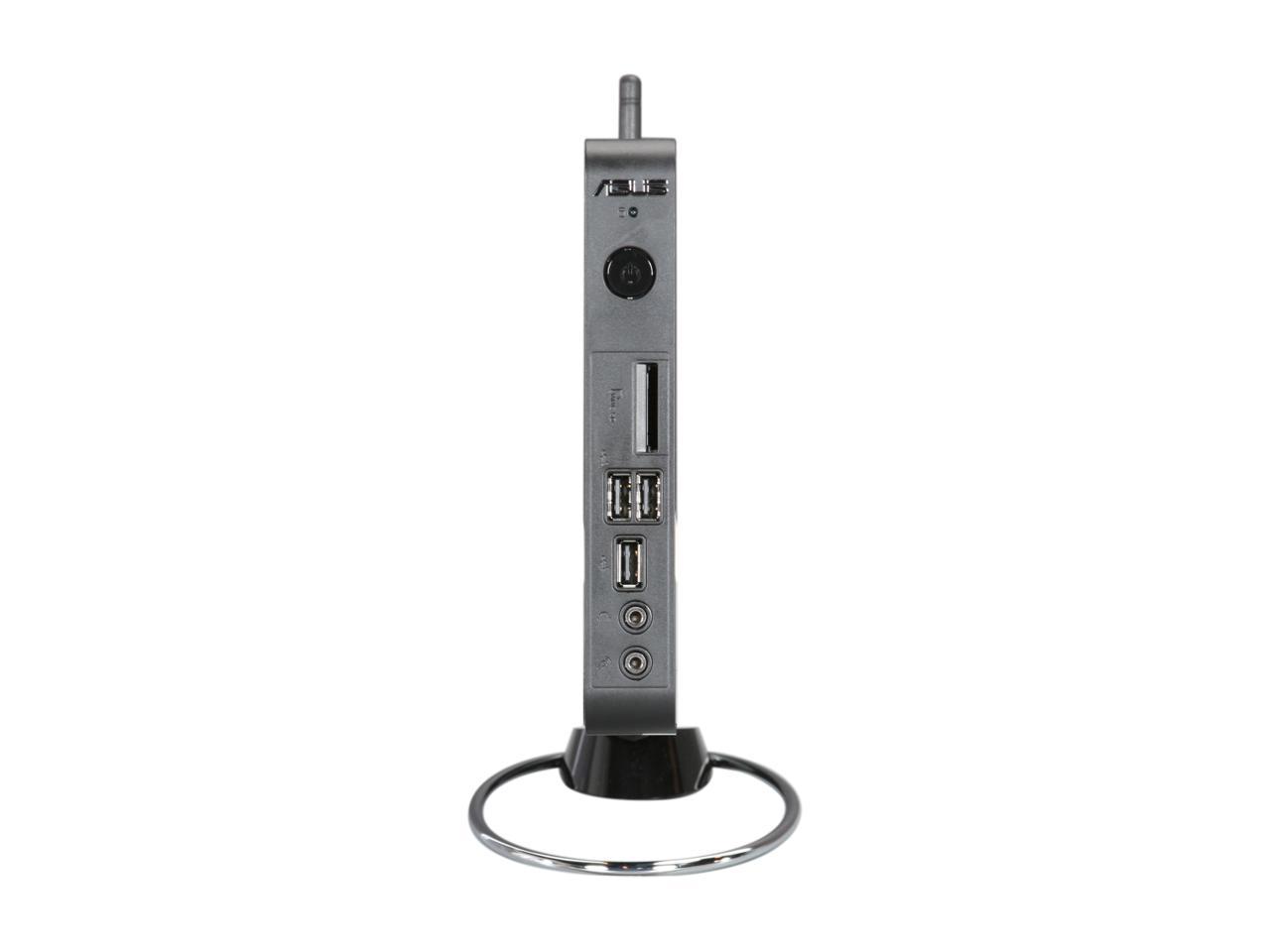 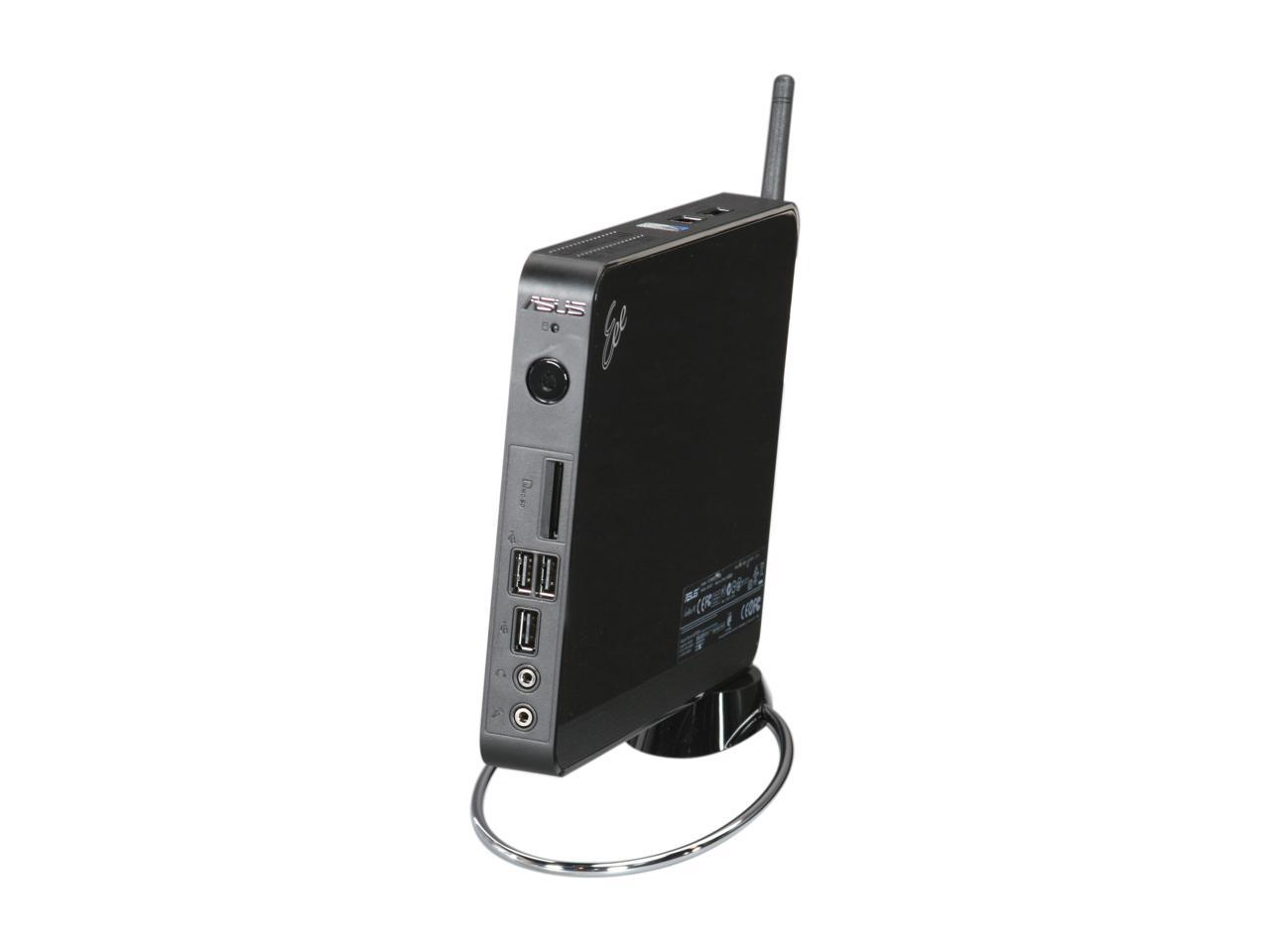 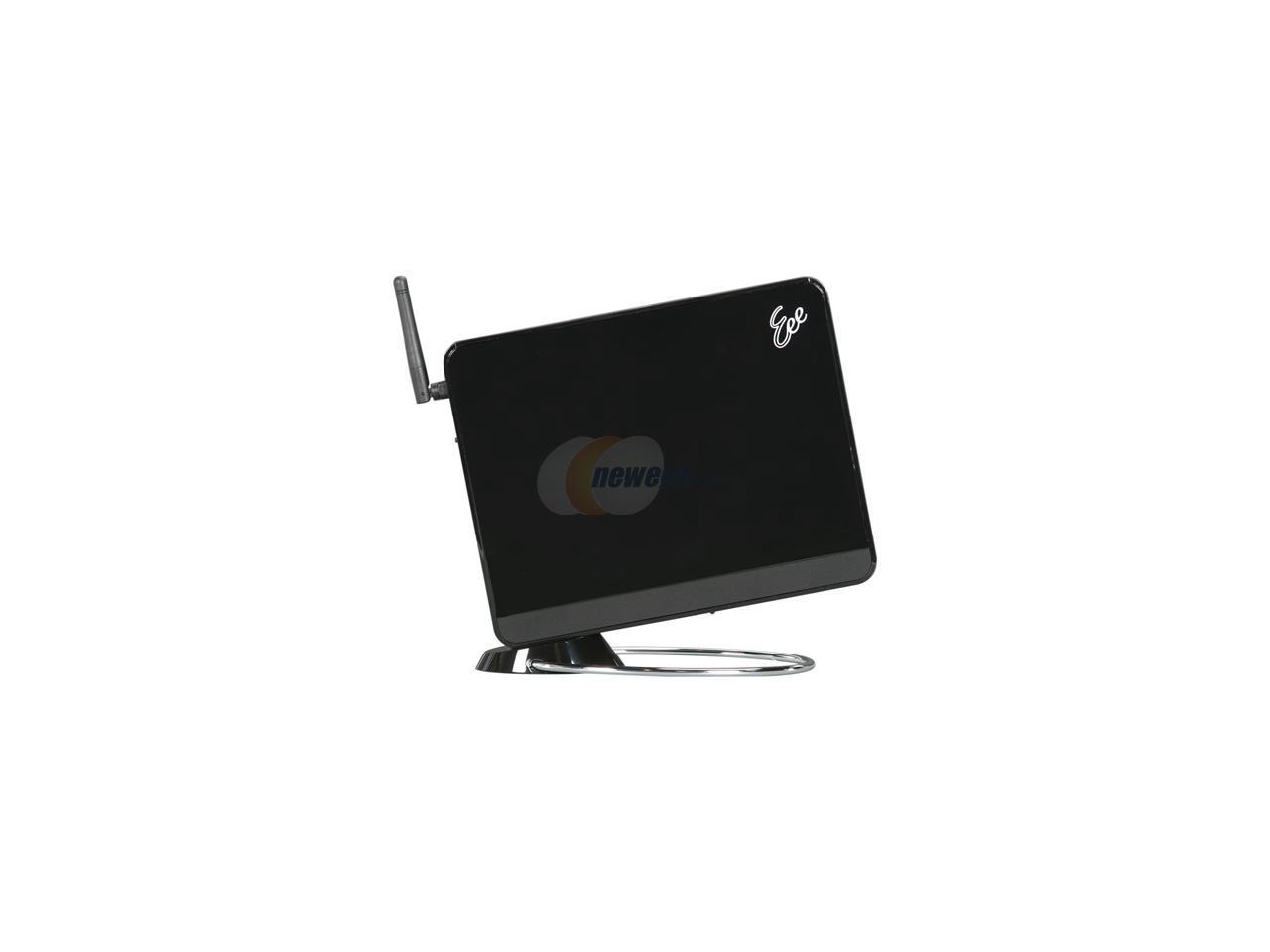 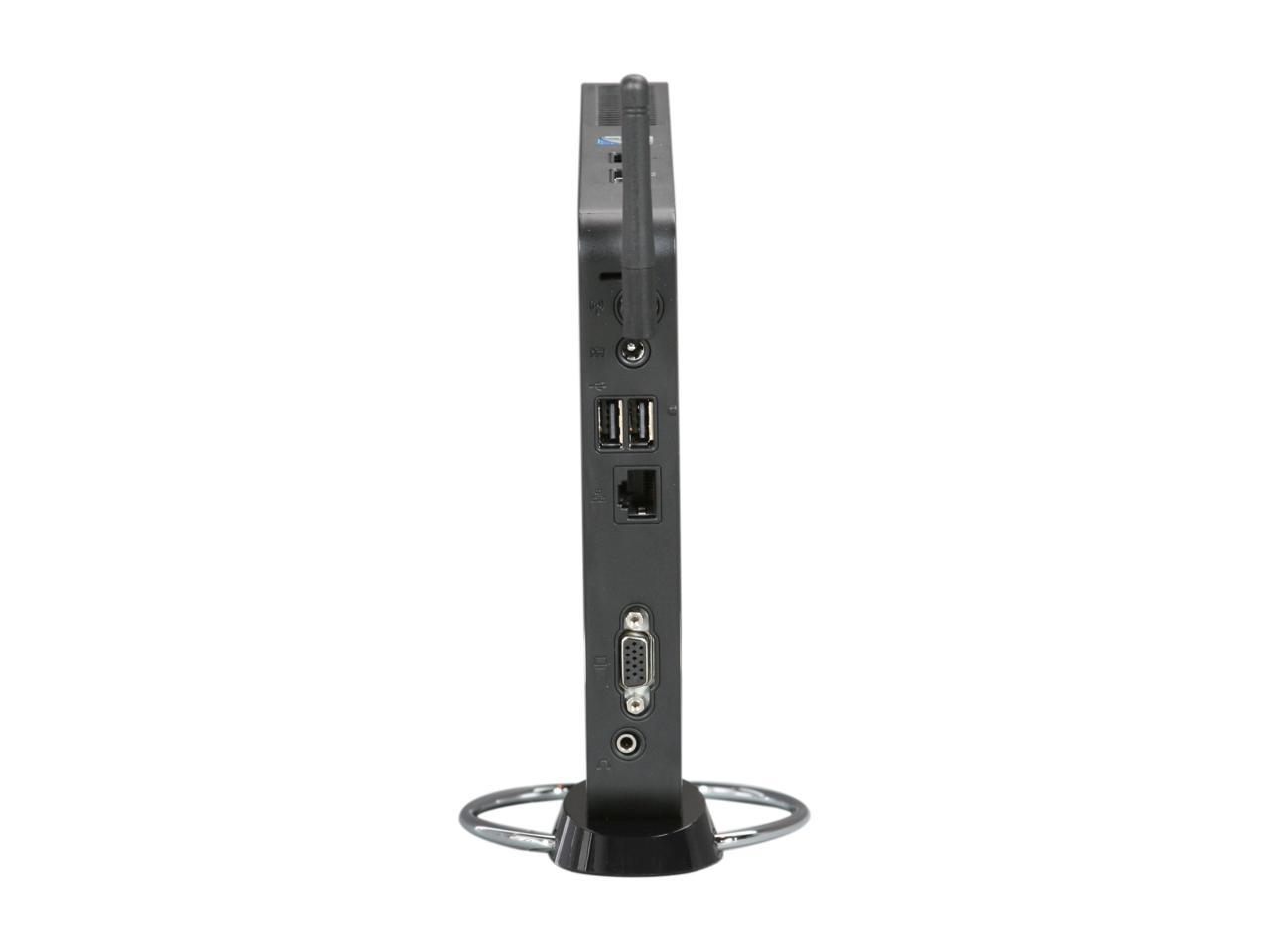 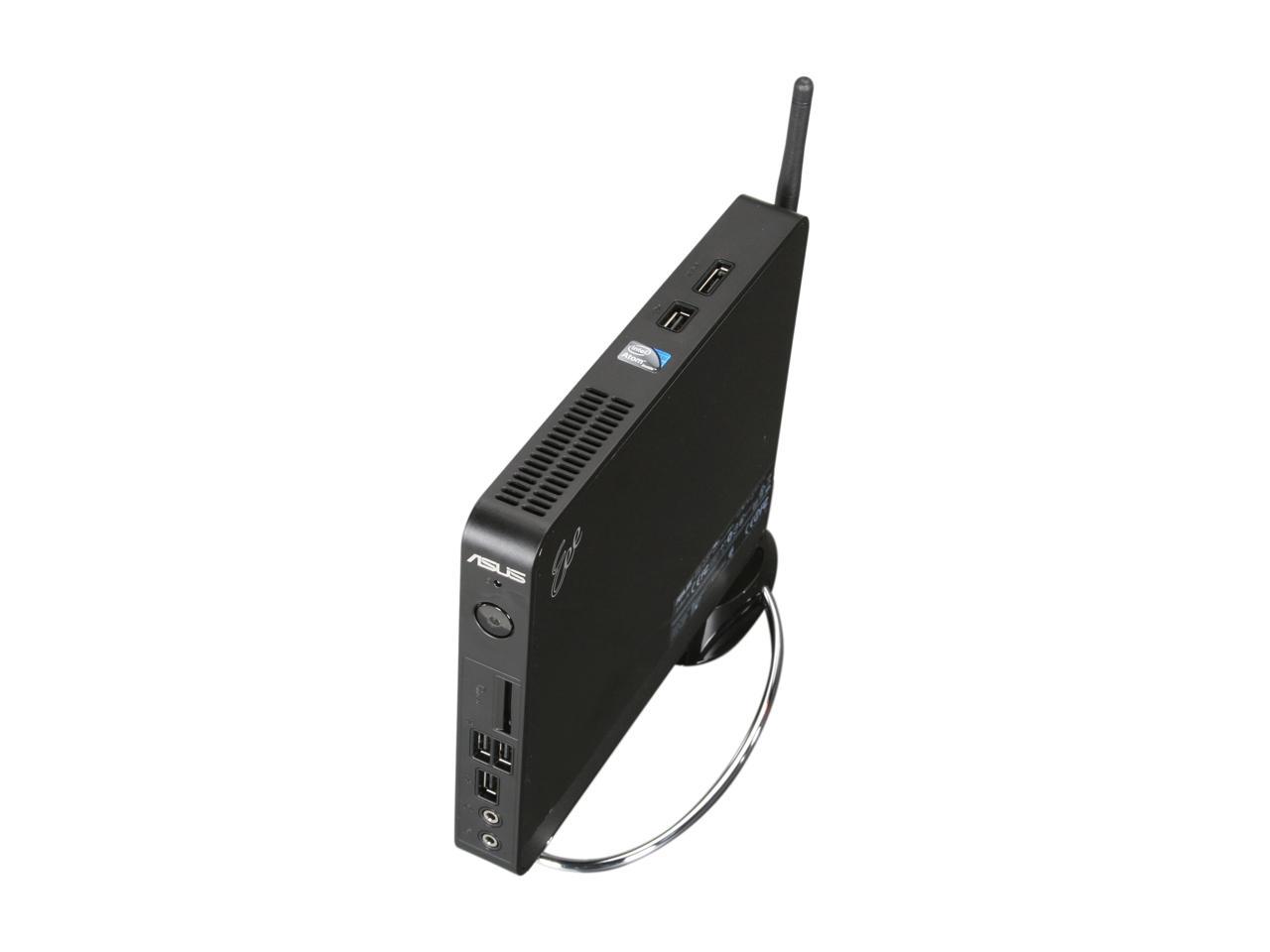 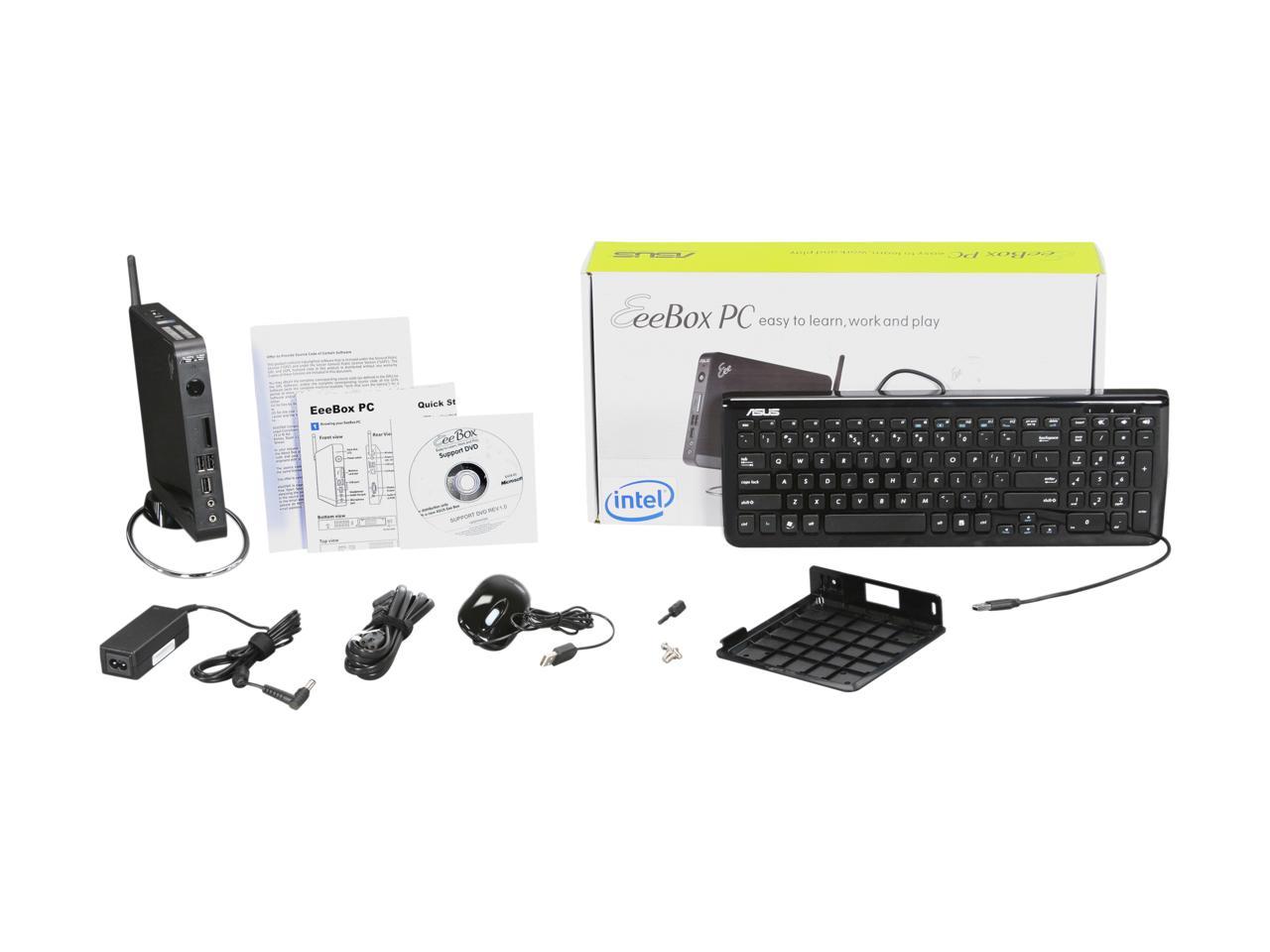 (25) Write a Review
OUT OF STOCK.
Overview
Specs
Reviews
The EeeBox PC EB1007-B0410 is the ideal PC for the light PC user that wants optimal energy efficiency. Using less than 1/10 the energy compared to bulky 250W desktop systems, it performs your everyday tasks like web browsing, word processing, and organizing media with incredible energy savings.

Overall Review: I bought this desktop, along with a USB to Serial adapter, to replace a security server in the office server closet that runs WinXP Pro and a custom application. Power consumption was the biggest consideration (to extend UPS time), and this absolutely wins. This desktop draws 10.1 watts while idle, while the old server did over 140 watts. And it's under 1.5" tall when laid flat, so it can sit in a rack. The DC adapter is also the smallest I've ever seen. It runs WinXP Pro just fine, just don't expect to play FPS games on it. Asus includes a CD of drivers, which are also on their web site. The preloaded "ExpressGate" Linux distribution is horrible though. Slow, buggy and ugly. If you're not installing Windows and just want a good free, general-purpose OS, remove the preloaded OS and install Ubuntu, which also works fine on this desktop.

Overall Review: do not waste your time for usb boots. just get a external cd/dvd reader ($19.00) than get a windows xp pro cd and plug in to this thats it. bios boots from cd/dvd reader first. format the harddisk, install the windows xp.. than watch this little boy.. smooth, cool and fast, runs perfect for office

Pros: Depends on your reason for purchase: 1: Netbox, tv stream box, social media machine, ect. - The EEElinux OS shipped with unit is great for streaming HULU, Youtube, checking your facebook, and general web surfing. It boots extremely fast, and its so quiet you cant even tell its running 2: Ubuntu overhaul - i used a flash drive and installed ubuntu netbook remix on this machine. runs perfect, not as quick to boot, but that is a fair trade off because with ubuntu you can do so much more. Overall this is a great buy for the linux lover. I bought this one for a customer to run a matrix display for their camera system on, i now plan to buy myself one!!

Cons: with almost all new pc's there is a lack of basic documentation. there is a sheet that shows your basic connections, but nothing on any technical workings. I will let you know that in order to reach the boot options to boot from a USB drive you must push f8 during start up, even if USB is the first boot option in the bios.

Overall Review: I installed Ubuntu Desktop 10 and upgraded the RAM to 2GB, and I'm very happy with the result. I didn't need to find any custom drivers, it just worked! This little PC is also running my LAMP web server and is doing just fine hosting the family pictures site. I attached it to the back of my monitor and no one even notices it's there. Thanks to the reviewer who mentioned one of the screws is wrapped tightly in some of the packaging - would have never found it otherwise. If you don't need or want to run Windows, this is a good inexpensive option in my opinion.

Overall Review: All the documentation states that there is only one memory slot. Wrong! There are 2. I added a 2Gig RAM module in the second slot, for a total of 3Gig.

Cons: The Stand screw is hard to find and is wraped in the corner of one of the styropome wraps. The smartgate software is stupid, useless and tottaly bulls*it. I deleted it and had to install windows 7 from thumbdrive. :0

Overall Review: got this thing for my mom, she really enjoys it.

Cons: - Existing Linux installation is slow and not very effective. I recommend replacing this with your favorite OS immediately.

Overall Review: I have always been pleased with my purchases of ASUS hardware. This unit is no exception.

Pros: Quiet, with very low power consumption. Faster than expected with very decent graphics capability. Bought it because I had a family pack of Windows 7 64bit with one activation left and thought I would give it a try. Loaded up without a hitch. Added 2gig more memory and attatched it to the back of my monitor at my business. Runs Quickbooks Point of Sale, two printers, check internet for pricing and dealer sales programs all at the same time with no lag. Netflix is no problem either. I keep a thumb drive in it at all times to make easy backups of database programs and external drive with acronis to back up entire system twice weekly. Works as good as large desktop it replaced and you do not even see it on the desk. Very impressed with its ability.

Cons: None so far. Hope it has a long life.

Overall Review: It has worked so well I bought a second one as a backup system. Installed the extra memory in it also and cloned the first one. If the original ever fails, (all business systems do after a while) take thumb drive out of first one, plug in second one, back in business in less than 5 minutes. All for less than one decent desktop. Very happy so far.