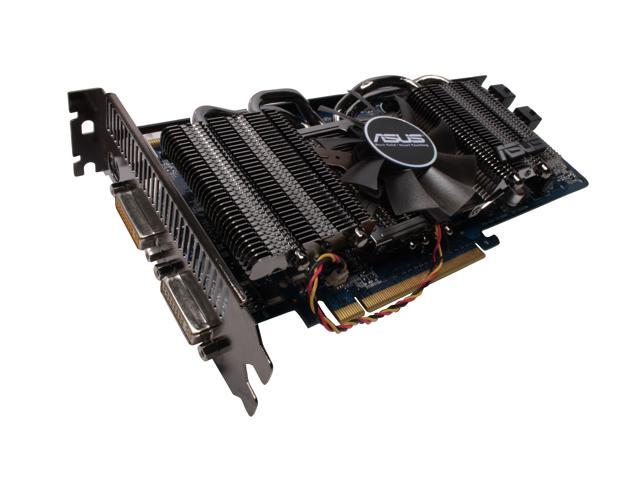 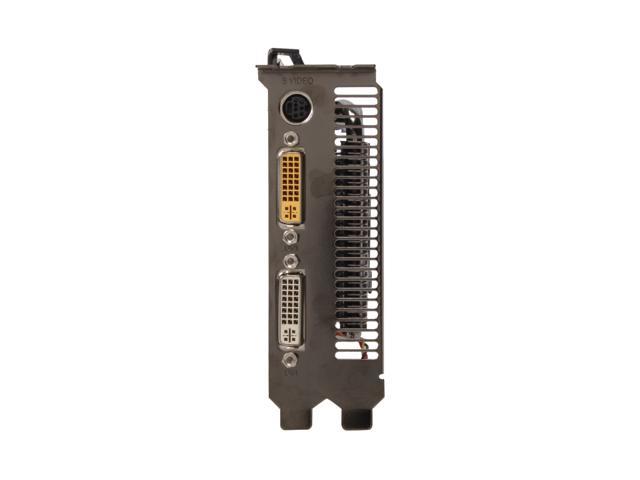 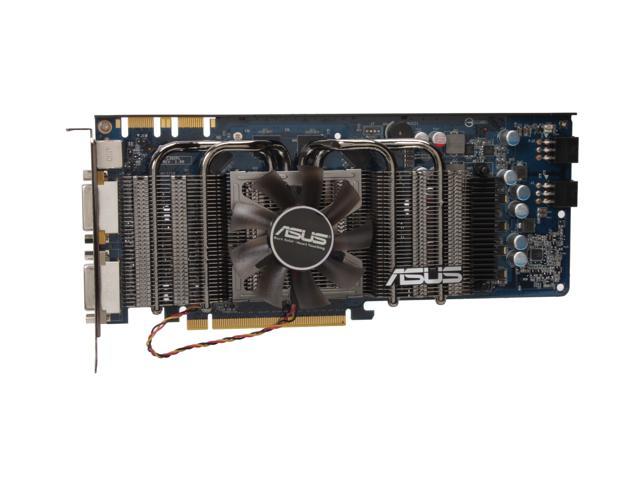 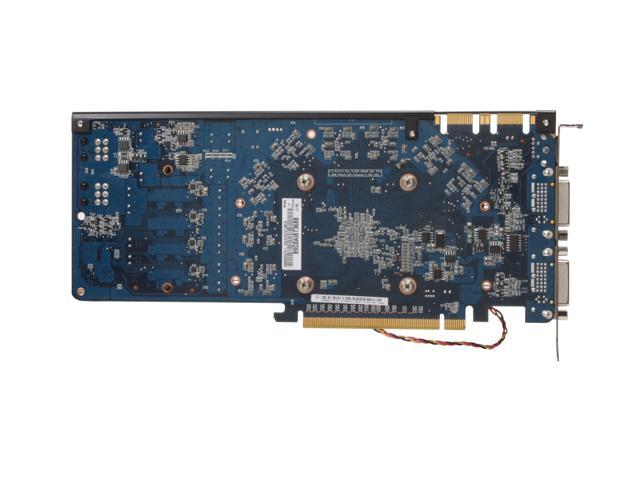 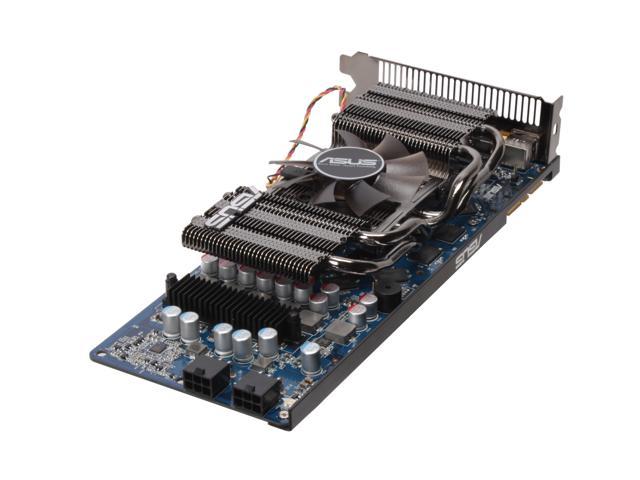 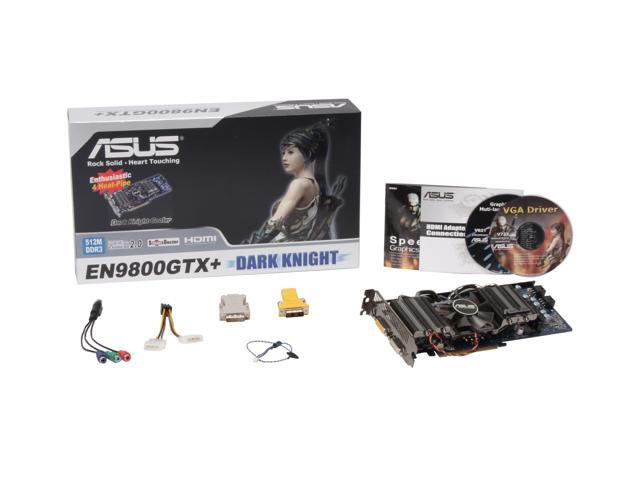 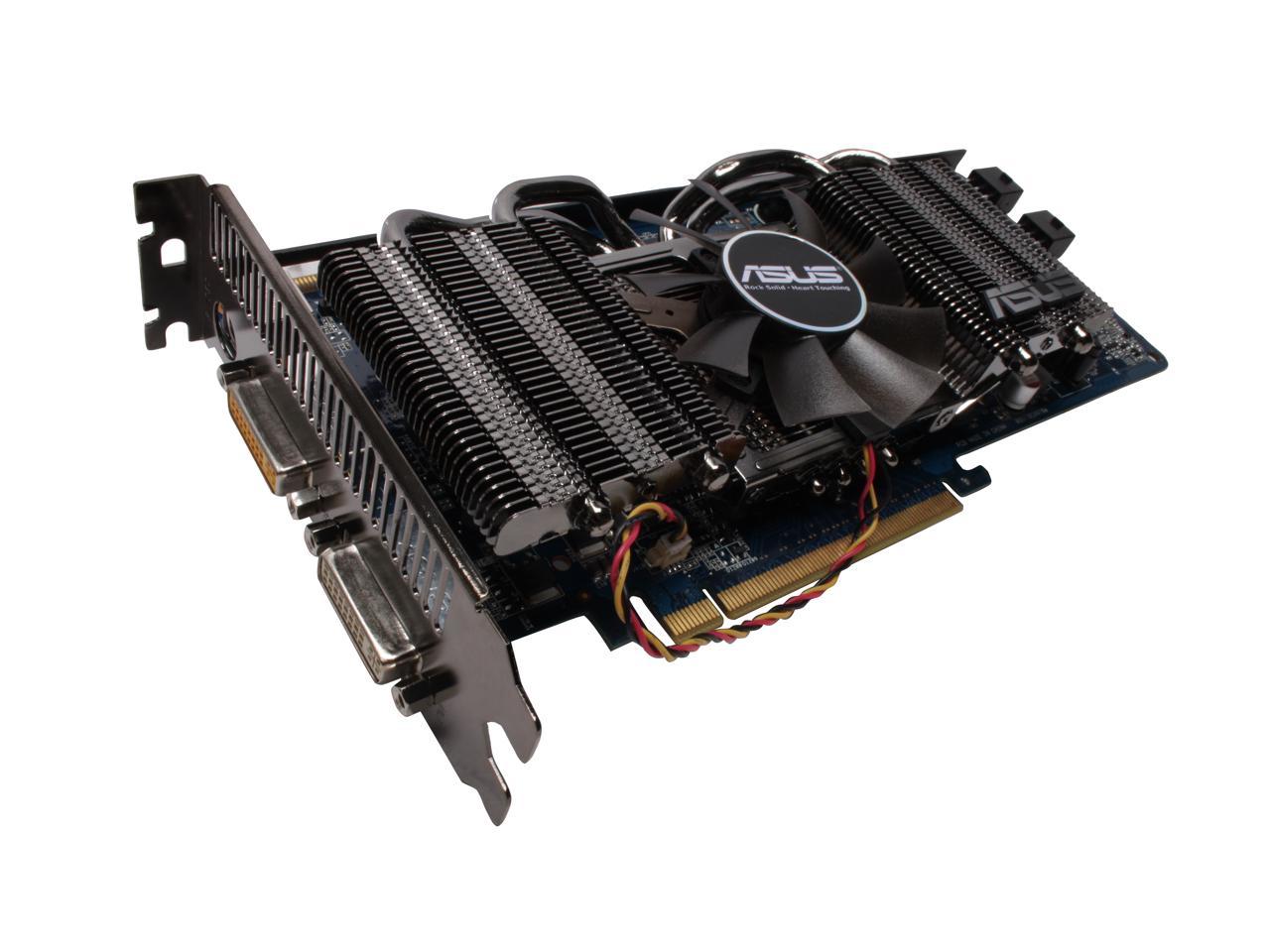 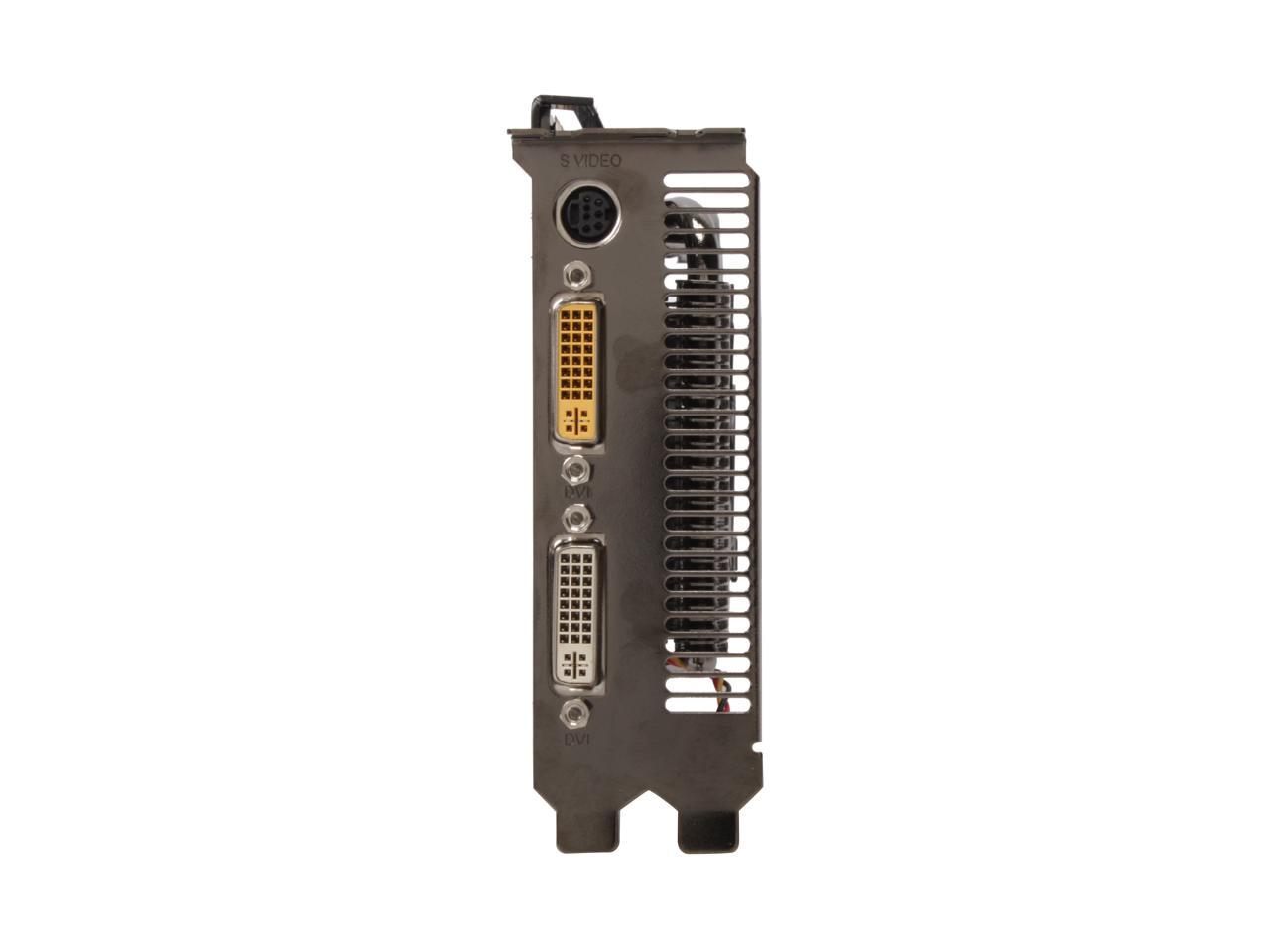 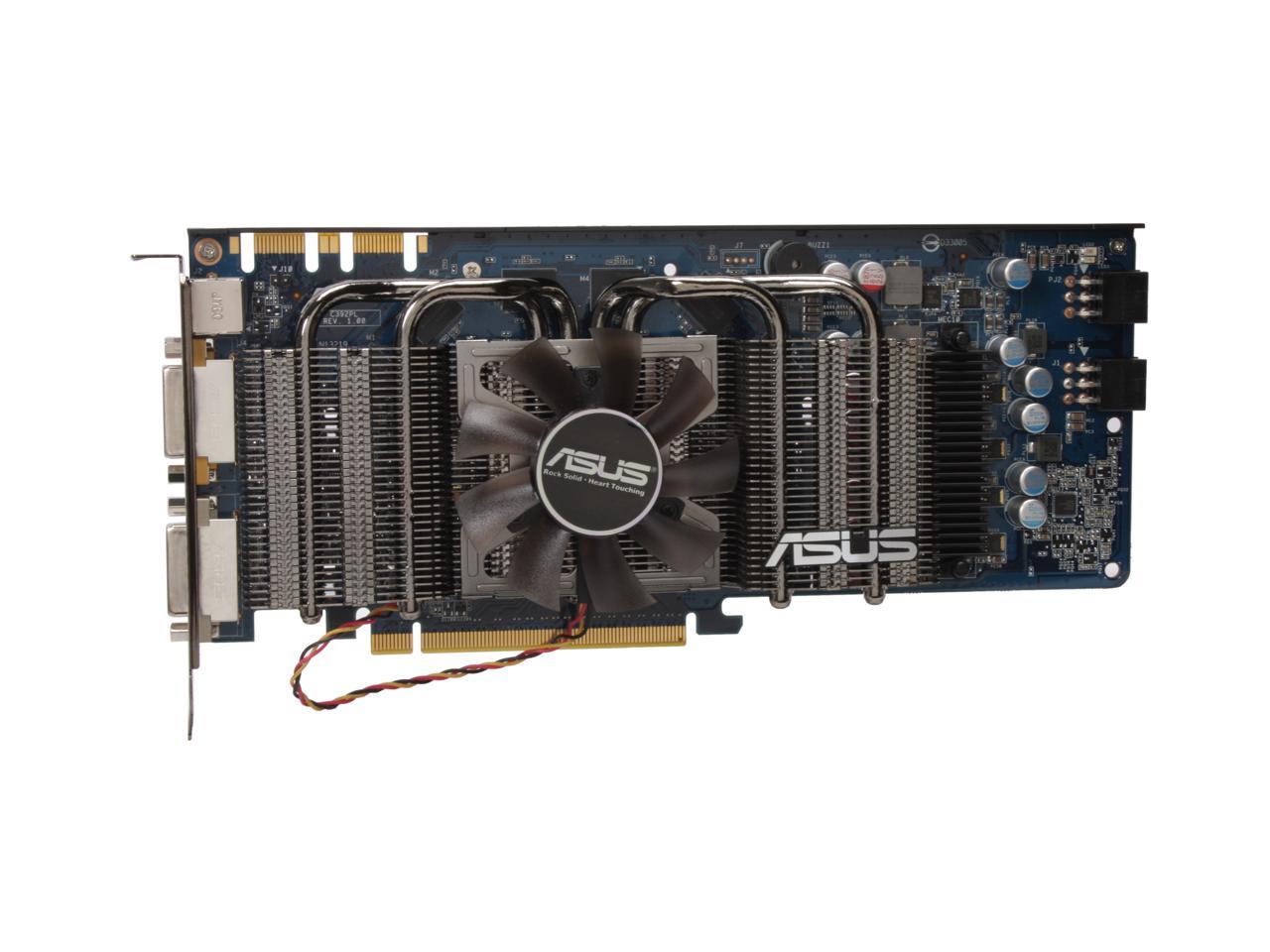 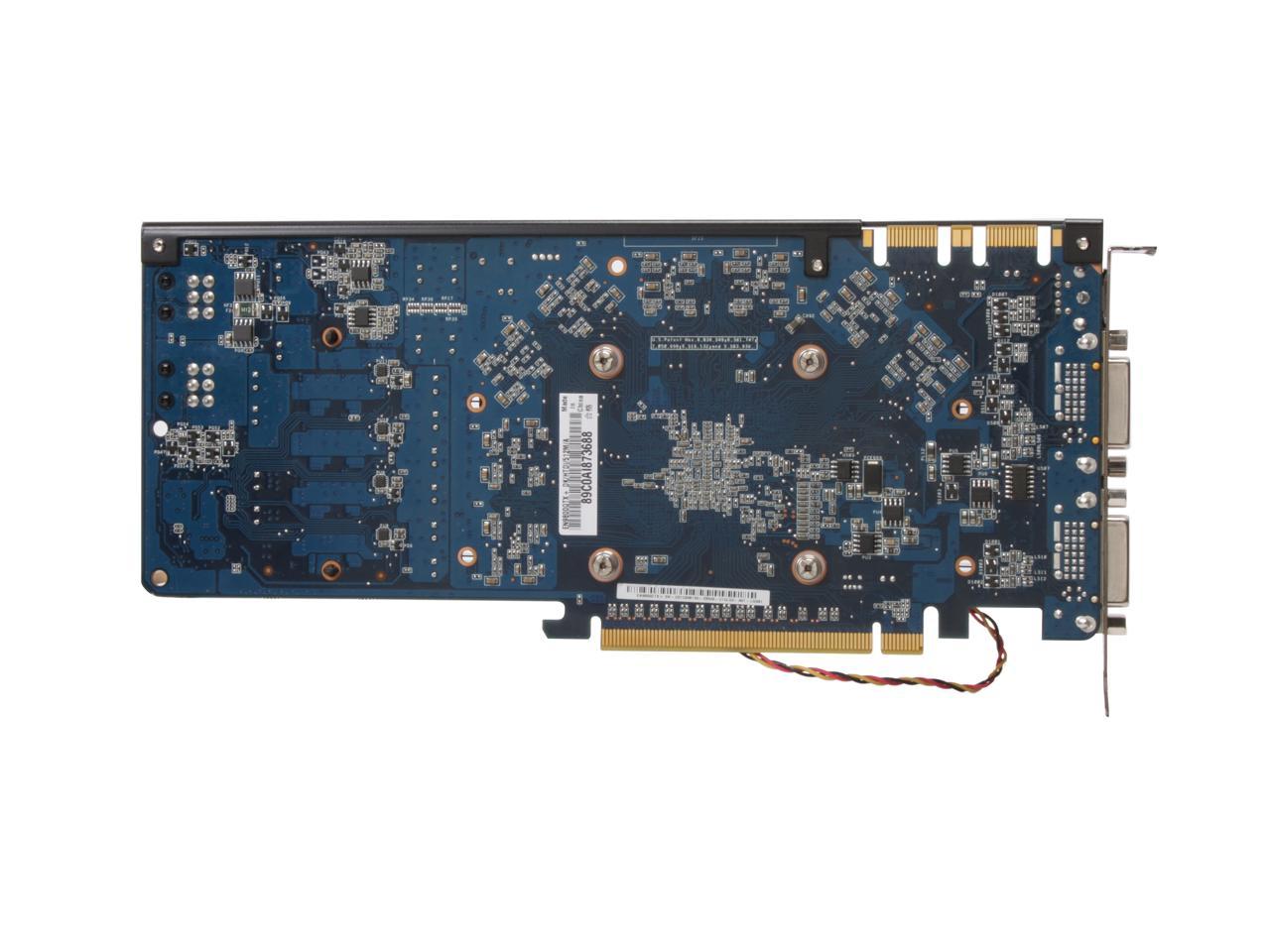 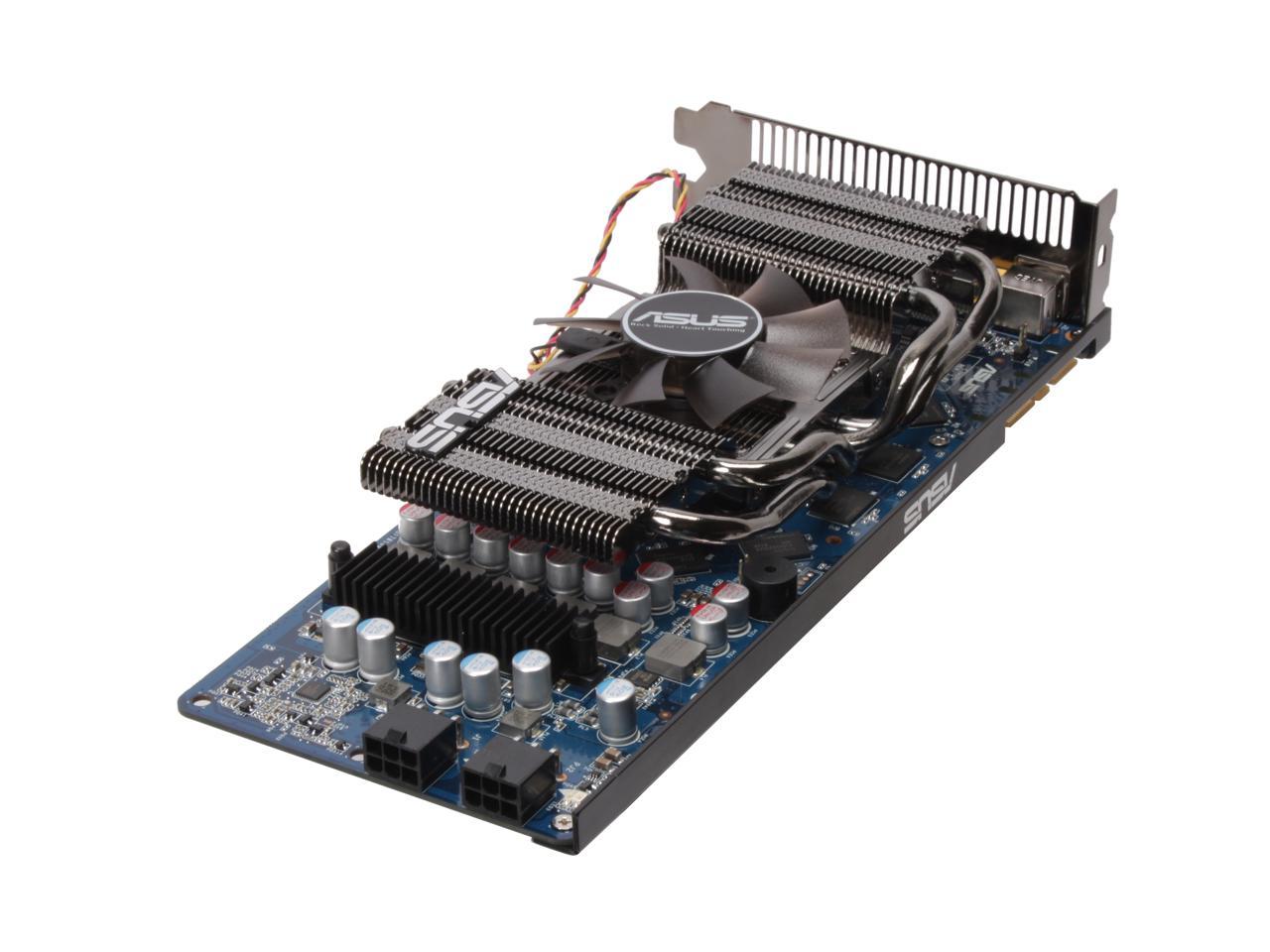 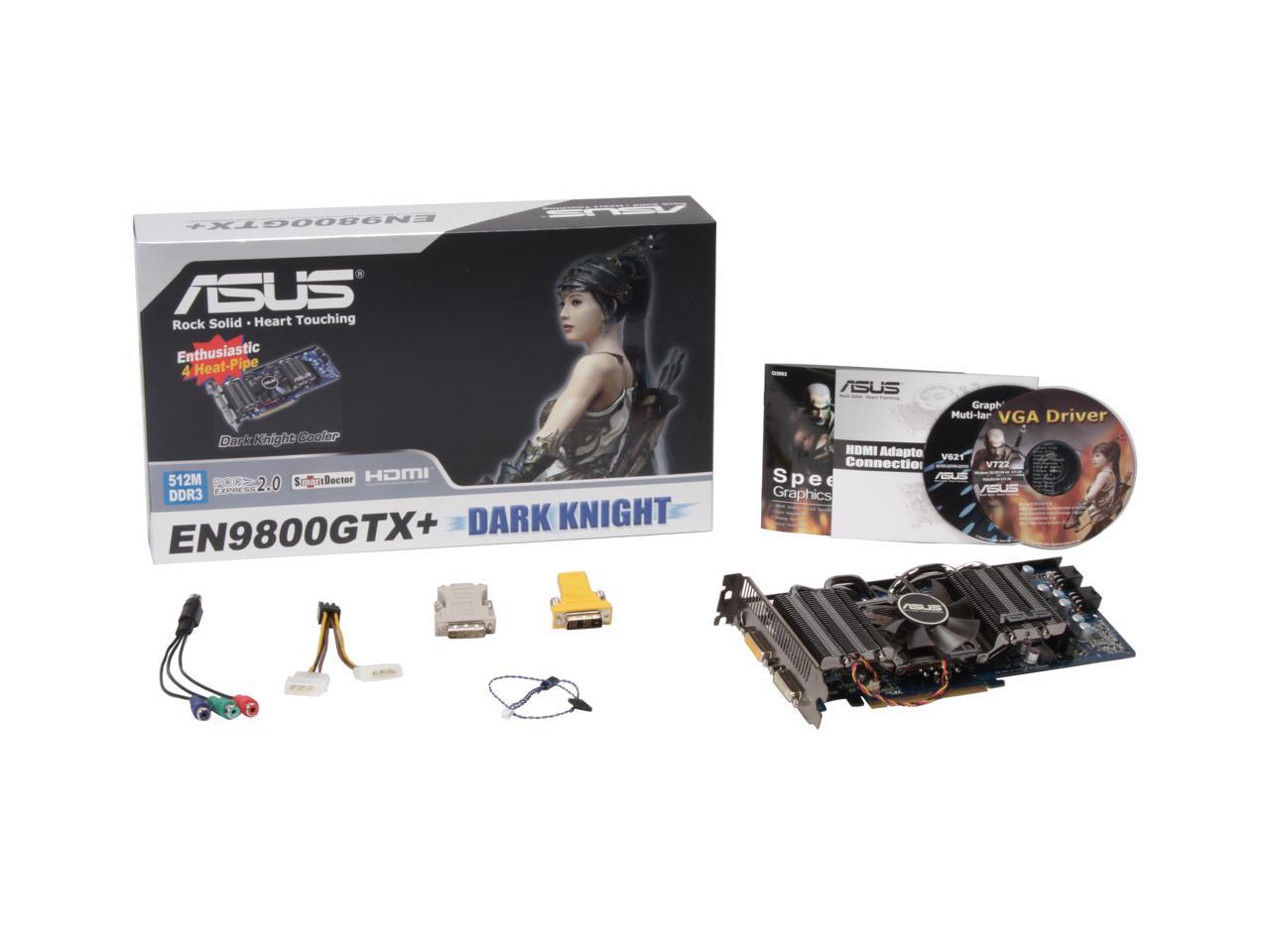 (87) Write a Review
OUT OF STOCK.
Specs
Reviews

Pros: I loaded up Bioshock and maxed out the settings, but this graphics slit the game's throat then ate it's entrails for dessert. It slammed Assassin's Creed's head onto the curb then stomped its head into that curb until it was nothing but a bloody pulp. This card is one bad mo-fo. It'll backhand your sister and degrade your mom, but they will still love it and want to date it because it is just that good. I love this card so much that I burned my tongue trying to french kiss it, and I still keep trying.

Cons: Everquest 2 has been the only game this card can't smack around. I still cannot run it on max settings. Like any |Dimp worth his salt, it is big and long and will be a dominate component in your chassis. It will also consume power like a starved fat kid at a sausage festival.

Pros: ok, its not the hottest thing out there but its close enough for me considering my budget. taking this thing out of the box was like christmas at the first of feb. plus i love asus and newegg.

Cons: People can get irritated at the site of someone else's happiness.

Overall Review: Be careful around the fan, it seems flimsy, but it cut my finger open :P

Pros: Good, solid, well built product. It works as advertised. Was the best deal going on the 9800GTX+'s when you consider the rebate and the free game.One of the few 9800GTX+'s that had all the features I wanted including the HDMI adapter. The card is extremely quite compared to the SLI 7800GT's I had before. I had no idea that the majority of the noise in my case was coming from those two cards. When I first turned it on after the install I was on my hands and knees making sure everything in the case was running. Like I said, big difference in noise level from the older cards. (And there is only 1 instead of 2, that might have something to do with it.) Anyway, good card. Recommended...highly!

Cons: All the 9800GTX+'s are about the same so just pick one from a reputable company with the bundle that works for you. Actually, now that I think about I do wish that ASUS gave the same double lifetime warranty of some of the other manufacturers. But then again I knew they didn't when I purchased the card so no big deal. I read through these reviews all the time and am amazed by the number of problems people have with their hardware. I have been building computers for years and have never had to RMA a single thing. Maybe I am really lucky, but I think there is more to it than that. Do people receive faulty hardware? Yes I am sure they do every once in a while, but not at the level people on here complain about. I believe most of it is user error, or people just have unrealistic ideas about what the hardware can and can't do. My point being if you see something you like use your judgment and take the reviews with a grain of salt.

Overall Review: My rig is going on four years old now, but thanks to a couple upgrades it can still run all the latest games on my 19" LCD on the highest settings. I have an ASUS A8N SLI Premium, AMD Opteron 185 (with after market cooler at 2.8 and some change), OCZ Platinum Dual Channel Kit (2GB)(great OC RAM), Now this card, all in a Thermaltake Armor Series VA8003BWS Full Tower Case w/25cm Fan Side Panel to keep it nice and cool (which it does, even in AZ). This card will probably be my last upgrade for this system. I put the Opteron in back in the spring of last year and now as stated went from Dual SLI 7800GT's to this card. Even with the SLI 7800GTs I was barely able to play COD4 at 800X600 on the lowest settings (Amazing how quick technology changes). Now, like I said, I'm 1280X1024 maxed out averaging between 80 & 100 FPS. When you consider what I paid for those 7800GT's and what this card cost, this card is a STEAL! Frag away!

Pros: Wonderful! Everything nice/neat/well protected. Easy installation. Driver install went flawless. Although card is a little longer than most, it still fits just fine into my old case without moving the drives around. Thus far it has worked wonders with everything I have thrown at it. I don't have any performance data...yet!

Cons: Although it covers the adjacent card slot, its fine. Other slots are available.

Overall Review: At first I ordered Asus 9600GT; however, that board was defective - seemed to have driver issues. So returned and ordered this one. A few dollars more yet worth it. The only other thought is the dual power connectors. Make sure you have an adequate power supply.

Pros: Very attractive card! And its not just all looks, mine is running at about 42c under heavy load gaming, The cooling solution is the real deal!

Overall Review: Not as big as most reviewers are making it sound, in fact i was shocked when i opened it, This card is TOTALLY dwarfed by my buddies 4870 ATI card. Dont be scared folks.. it fits perfectly in my antec 900.

Pros: VERY NOICE The cooler on this card will bring a tear to your eye. It's simply a great looking card. Then you put in your PC and get amazed again. Runs fast, and as you'd expect, quite cool.

Cons: Size. I had to move 2 hard drives to get it into position. Power, this thing is one hungry card. Heavy, make sure you secure it well.

Overall Review: The power thing is fine, it's what you should expect from a card of this caliber, and even if you don't feed it properly, it will still work. I installed it with a 420 wat PSU and I got low power warnings, but it would still run with out an issue for me. After I finished upgrading another system of mine, and put this card in it's final home, it was happy as could be. Ran Crysis on max settings with an average FPS of 40 (didn't play long, I don't expect it to run max settings with a full on fire fight.) I also love how it has a steel brace to support it's own weight. Something that has been bothering me about newer cards was that they were getting bigger, but they were only supported in two places. This brings a great deal of relief to me. The ASUS smart doctor is having a few compatibility issues with some games, however, I blame the game makers for this. If you have Fallout 3, DO NOT install the extra software till your done playing it.

Pros: Good looking! Can't help but marvel at how slick this thing looks with the tube and heat sink coated in what looks like a black chrome coating. Sharp! Well built, doesn't feel flimsy or fragile. Out of this world performance! This thing runs everything I can throw at it...hi def video, high end games on max settings, hi-res images...anything!

Overall Review: A bracket extension or something to support the end where the pci-e connectors are would be comforting.