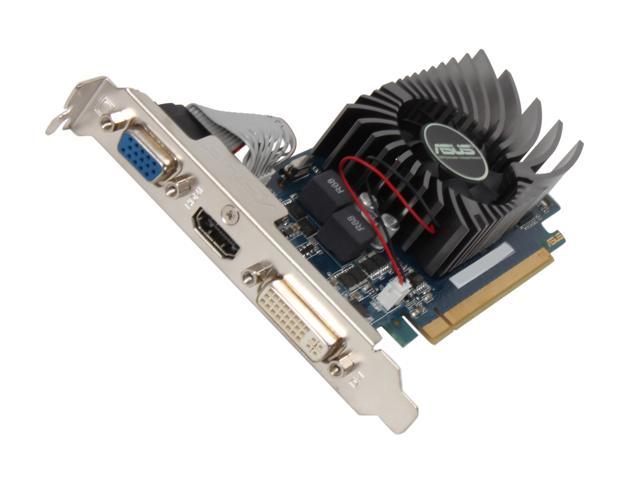 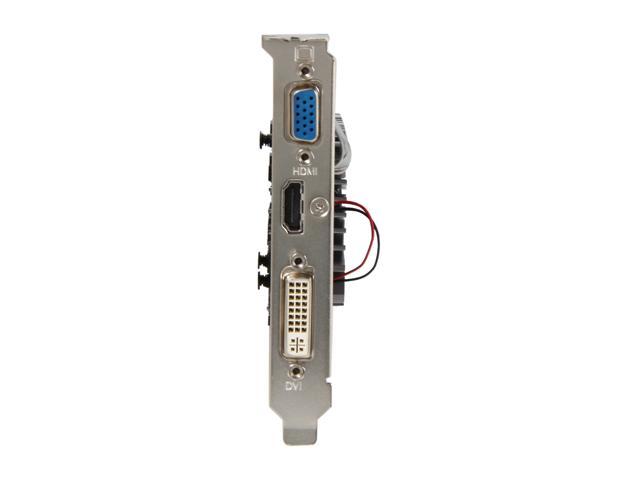 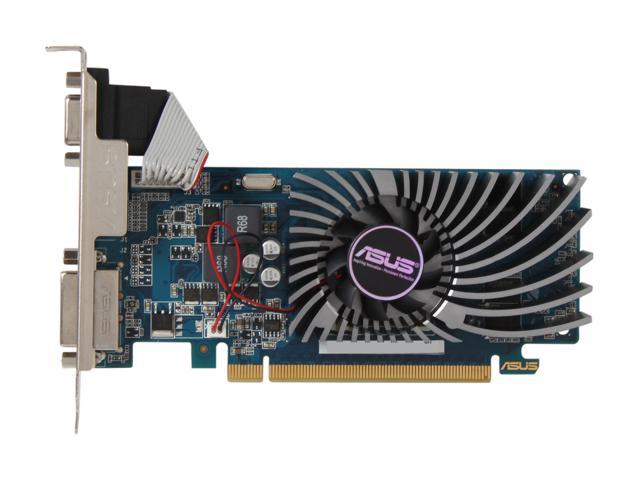 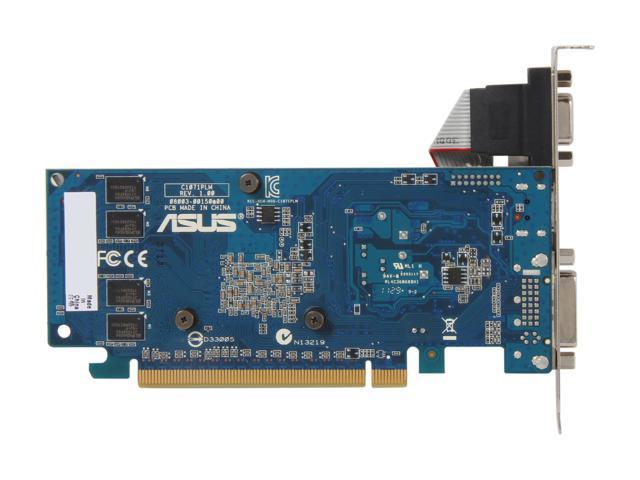 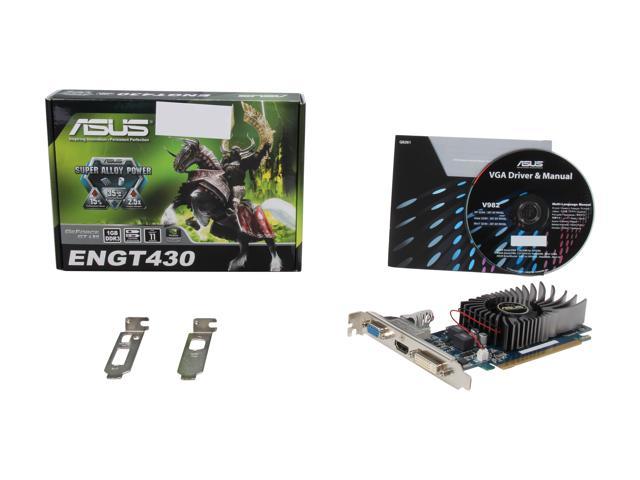 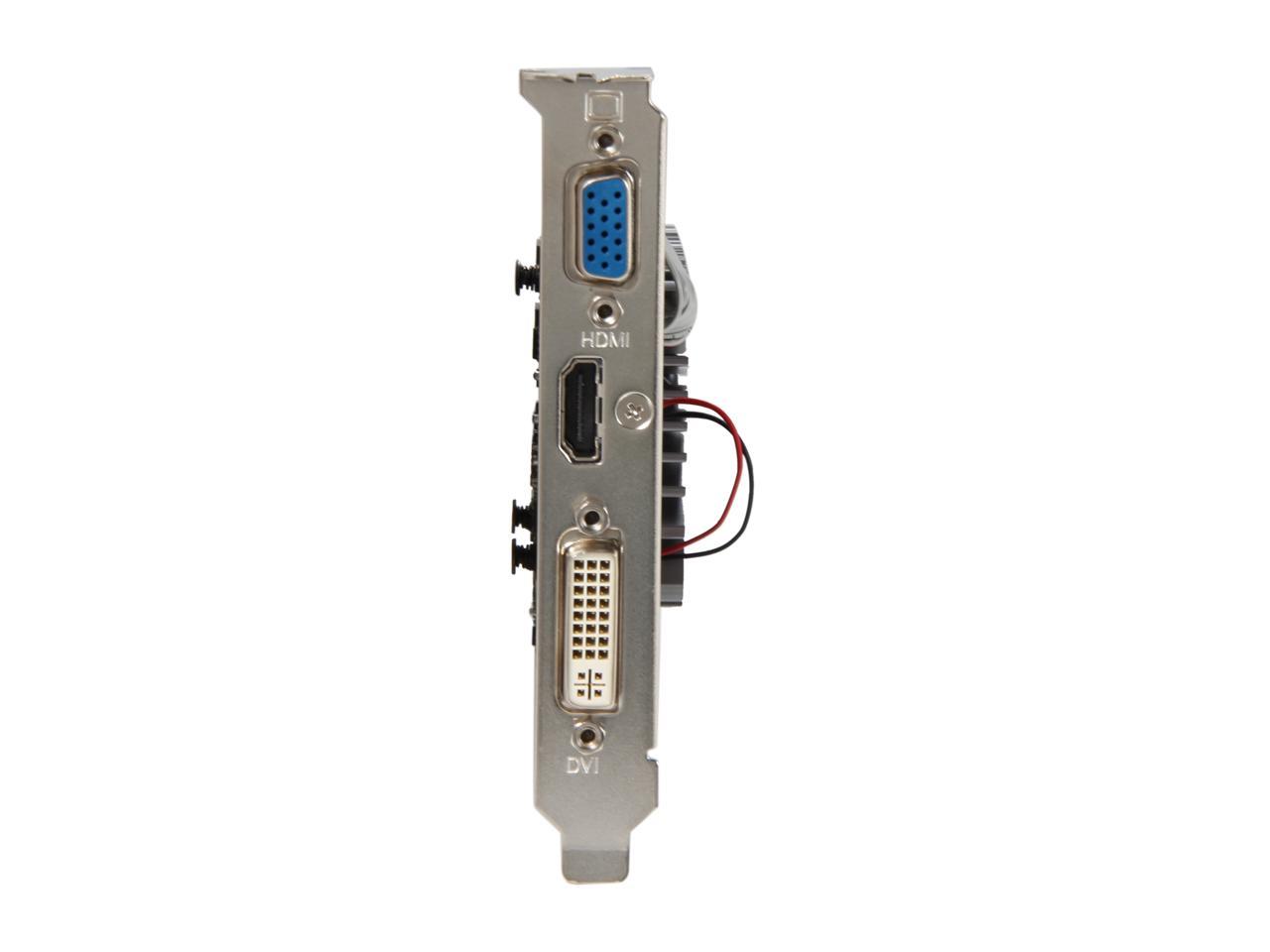 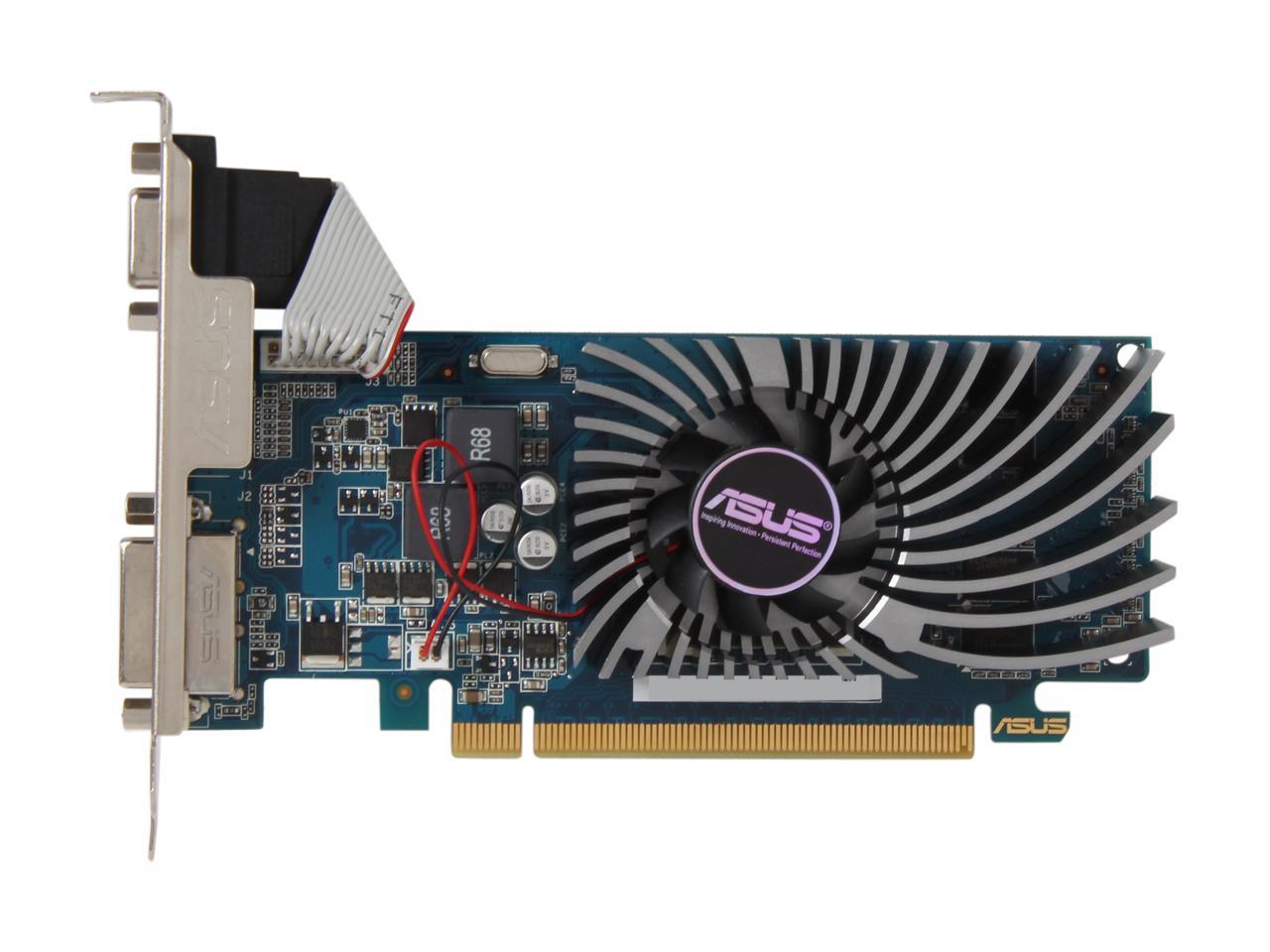 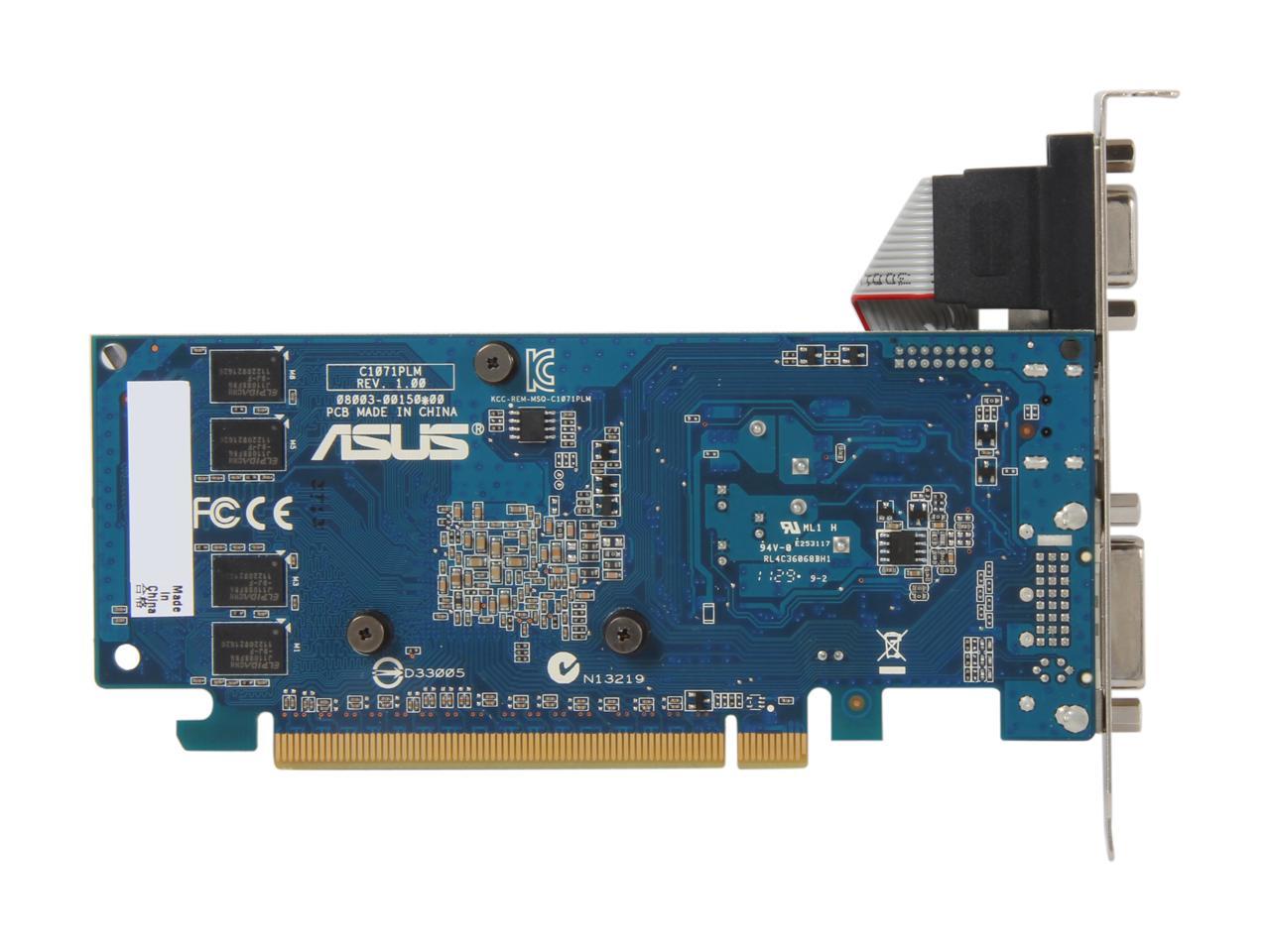 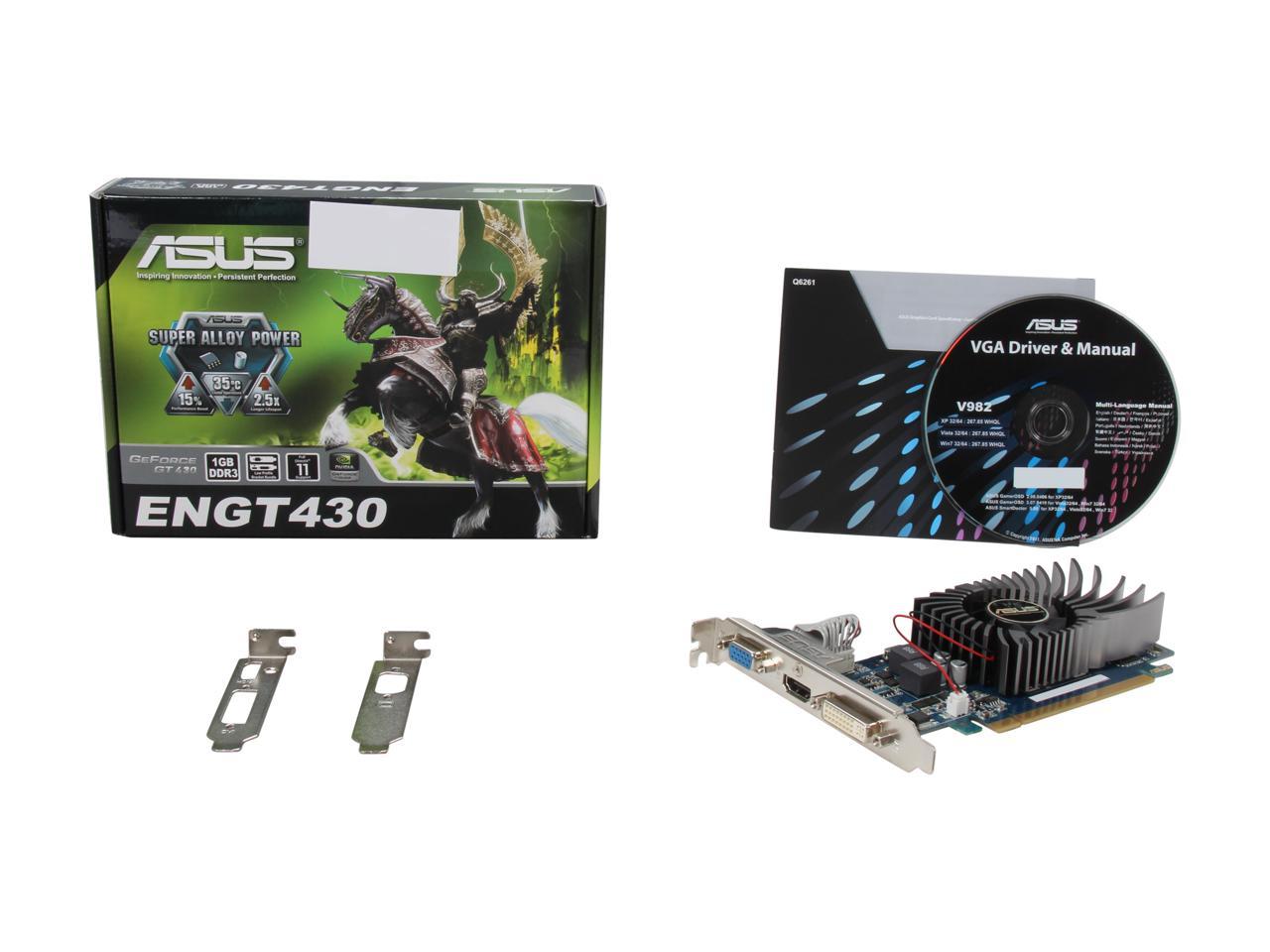 Pros: It does everything you would expect from a Gpu that is under 75$. It runs almost silently, and the Asus Smart Doctor software is easy to use, and has been very stable for me. can perform basic overclocking features with ease, simple to control of fans, temp alarm behaviors.

Cons: While it will play most of the new games it is not a great gaming card. For graphic intensive applications where frames/second are crucial save up for a little more expensive card.

Overall Review: If you are on a budget this card is ideal for task such as video playback, picture viewing. If your a gamer whose disposable income is very low and doesn't mind running new games on low settings, then you could do a lot worse than this card.

Pros: HDMI Easy to install Does what I expected a ~$50 GPU to do.

Cons: I've had to tinker with a lot of settings between my monitor and this card to get everything right. My monitor looks great hooked up to other GPUs. Not necessarily a bad thing, though it is a bit of a hassle to mess around with all the settings since the "auto" definitely didn't get it right.

Overall Review: Great card if you are looking for something cheap.

Pros: After using the card for only a few hours, I had to write a review. So far I'm extremely pleased, going from a terrible chipset to this card is just amazing. My power supply is also horrible (250W), so my options were limited as far as I could tell, and this card packs a pretty big punch. On the games I've tested it on, I've been able to play with maximum settings at 1900x1020 resolution and maintain 40-60 FPS and play very comfortably. I'm now also able to play a lot of games my PC couldn't even touch before. Some reviews I saw on here mentioned driver issues, or the card getting hot, but so far under some major benchmark tests the card hasn't gotten hot enough that I couldn't stand touching it.

Cons: As far as driver issues go, I had to actually use another PC to load the disc that was included, since it didn't want to work on this PC for some reason, though every other disc did. A quick transfer with a USB stick quickly solved that problem. So if you expect this may happen to you, it's definitely worth buying a cheap 2GB USB stick. The computer which detected the disc has Windows 7, while this system is running on Windows Vista. Everything seemed to be in working order, otherwise.

Overall Review: Being as lazy as I am, I'm debating about whether the $10 rebate is worth the effort, but I'll likely get around to it sometime. If only it were easier to send rebates in (I don't have my printer setup or anything..).

Overall Review: Best graphic card for the price!!! This thing is AMAZING!!! not even meant for gaming really but i can play alan wake at settings maxed with 48 fps

Pros: It's an Asus, it just works. Added it to a Dell Optiplex 755 Core2 Quad running Ubunbtu. Works perfect for my application (everything but gaming.) Price is fantastic (with rebate when I bought it) for a very capable card for people that are not complete video/gaming enthusiasts.

Cons: the heat-sink is A WEE BIT taller than the standard slot, it fit fine but if you have tight quarters you may want to consider this. No problems here but a couple more millimeters and there would be.

Pros: Works well for running vista and a few games

Cons: wasn't cheaper and waiting for my rebate

Overall Review: Needed something to replace my old 8400GS that died on me. I have only a 300 Watt PSU and needed a low power graphics card. This one seams to do the job.

Pros: Runs very quiet. Looks and feels good quality. Its not a top end card like my old 6800 was,... in its glory day, but it does everything I want it to do right now. Installation was the easiest yet. Window rating jumped to 6.7 for both graphics and areo. -Core i3, 8gb ripsaw ram, 600W Corsair

Overall Review: Great buy in my opinion. $35 after special rebate.

Cons: When inserted into some smaller boards/machines, thick heatsink may block PCI slot beside it.

Overall Review: Just wish I would have known that it was too thick to take up just one slot in my Shuttle SP35P2 Pro. The thick heatsink effectively blocks the next PCI slot. You may want to think about this before you put this in a small form factor or HTPC.