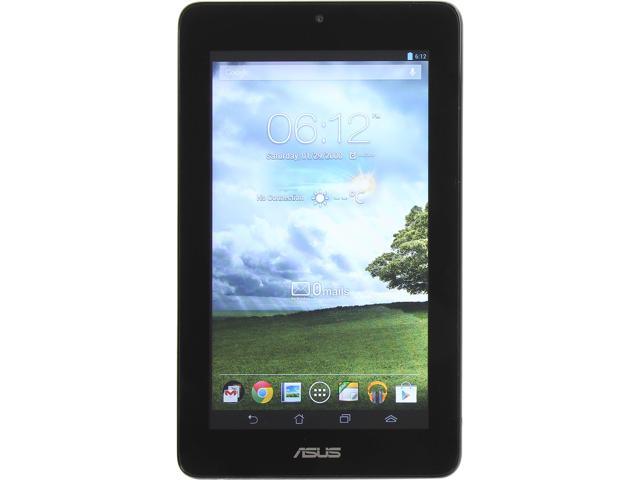 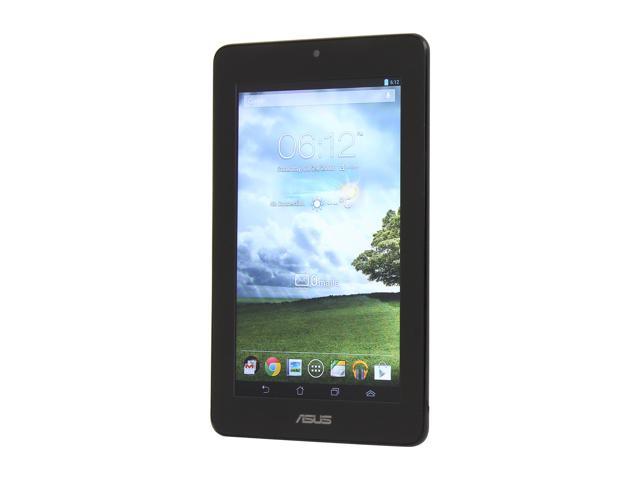 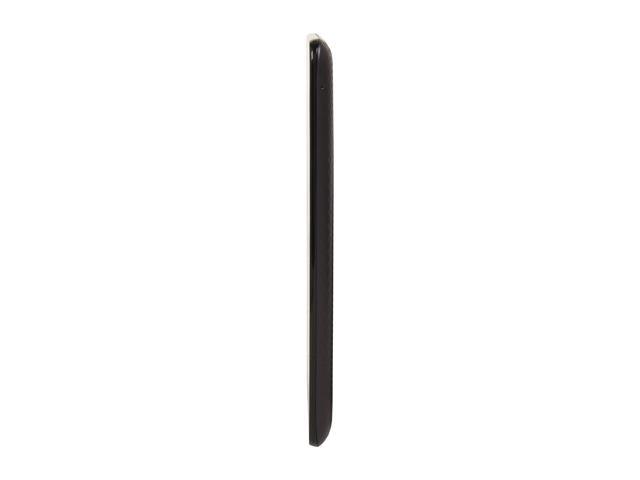 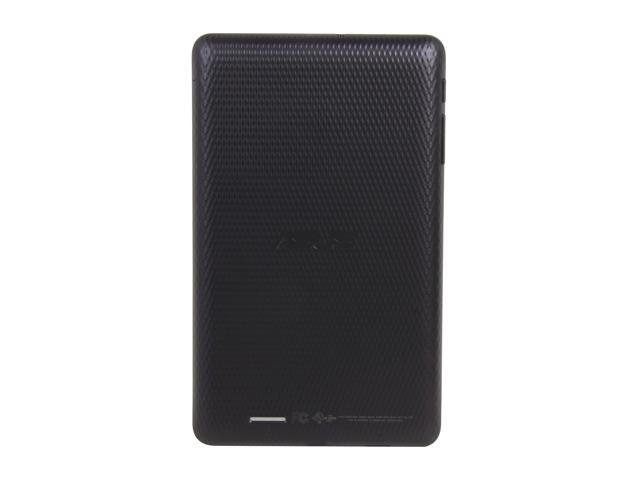 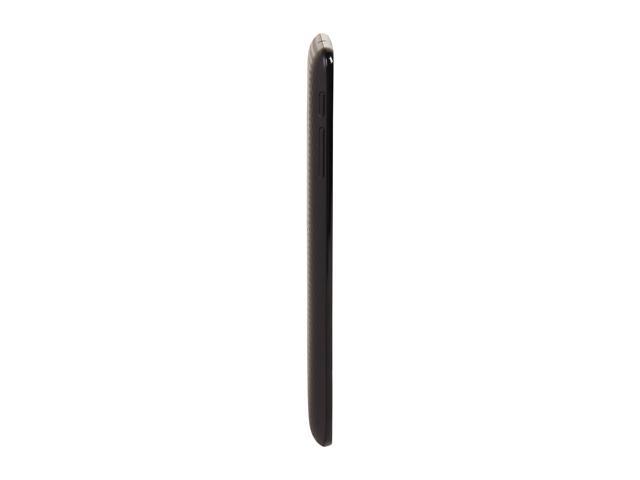 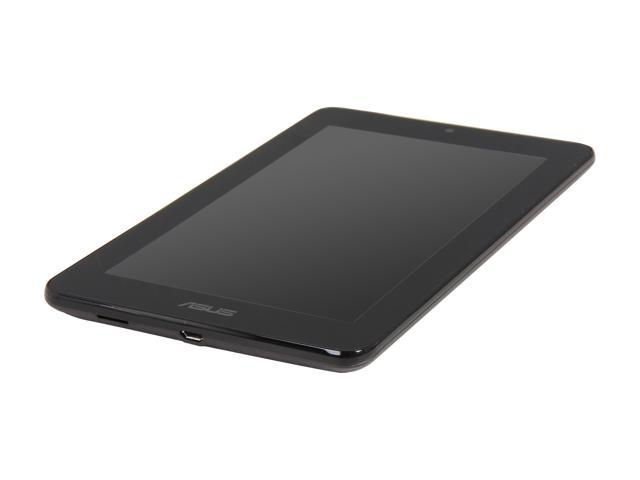 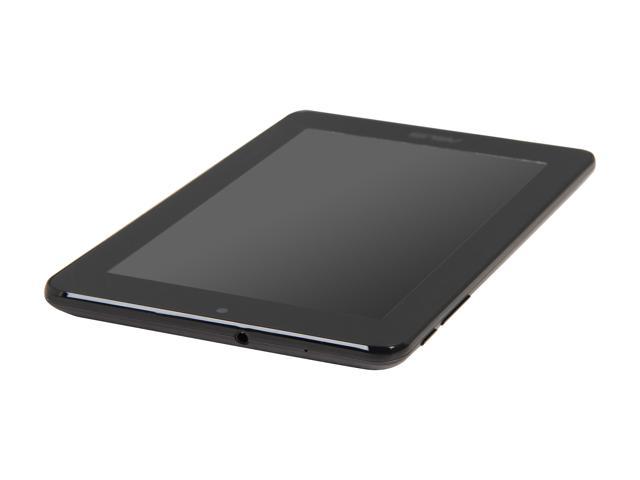 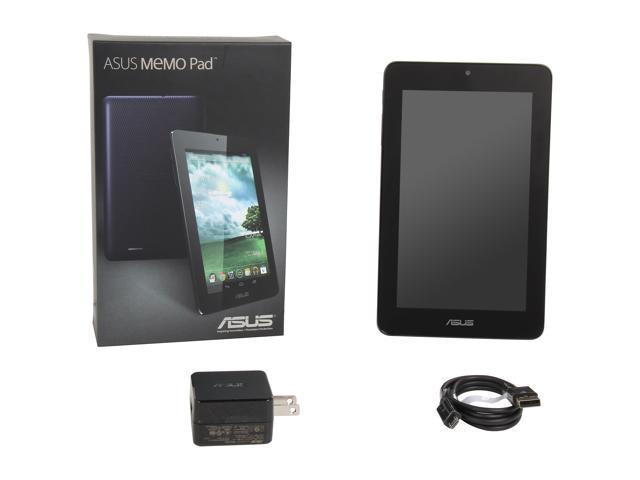 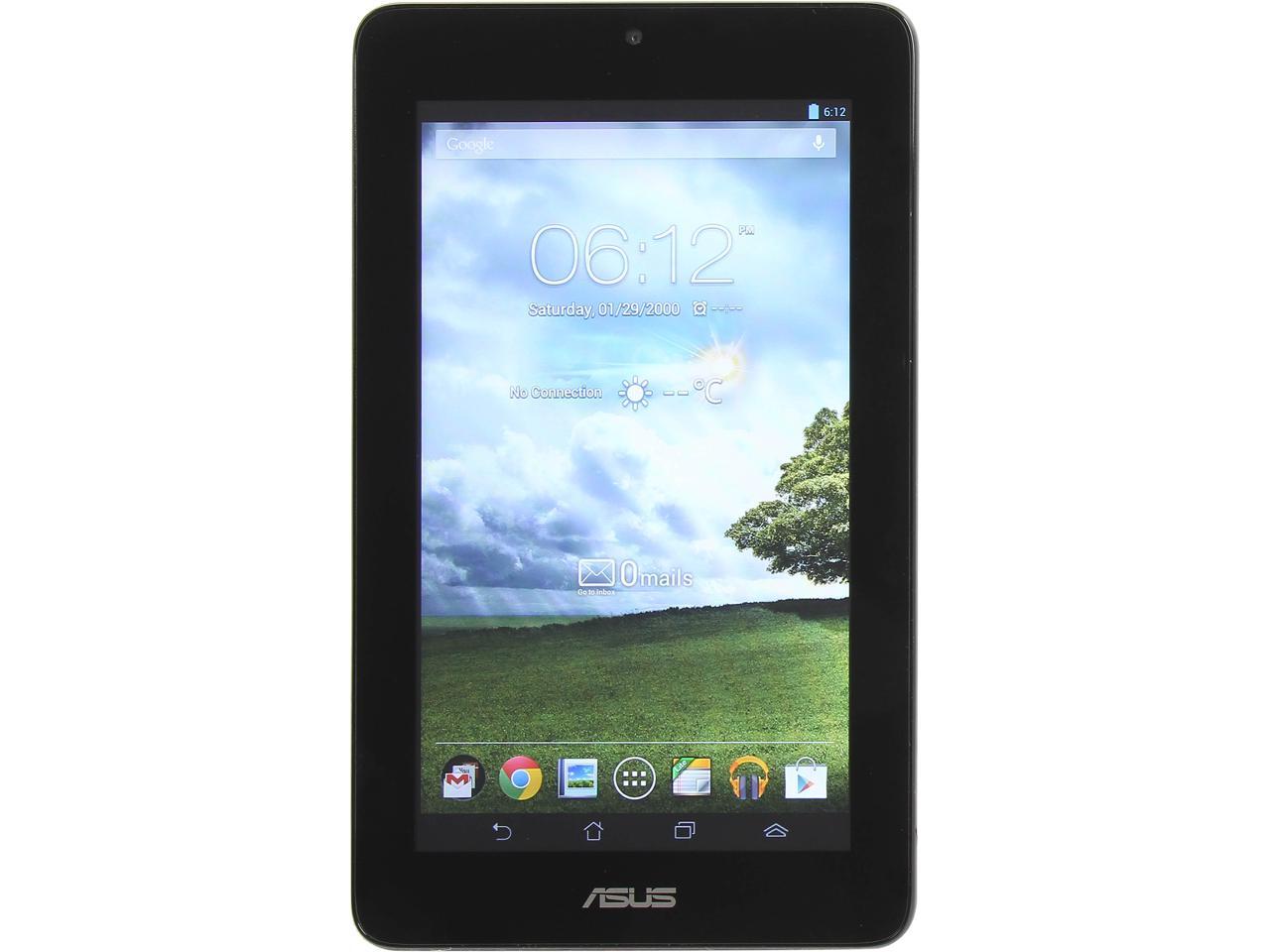 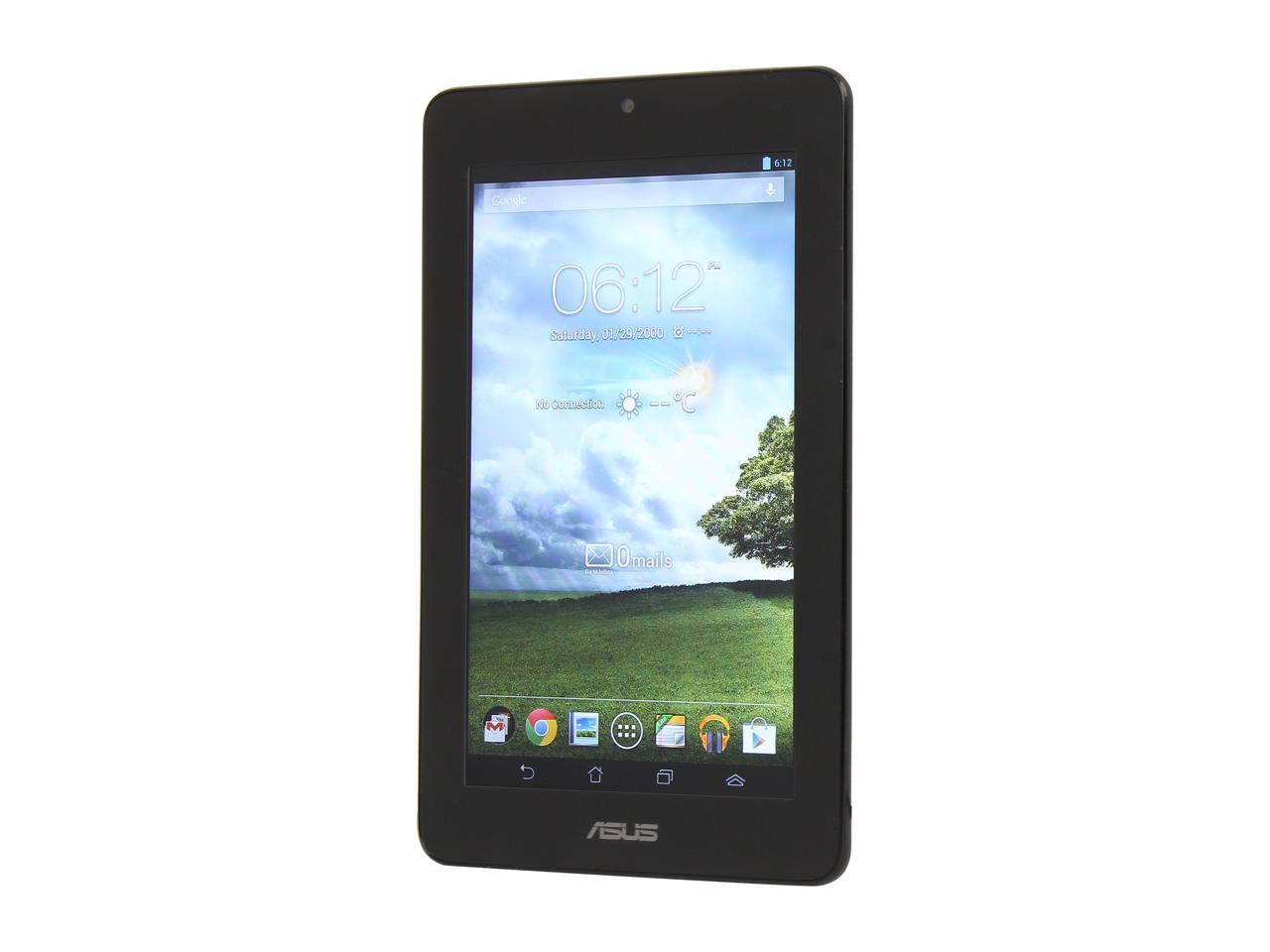 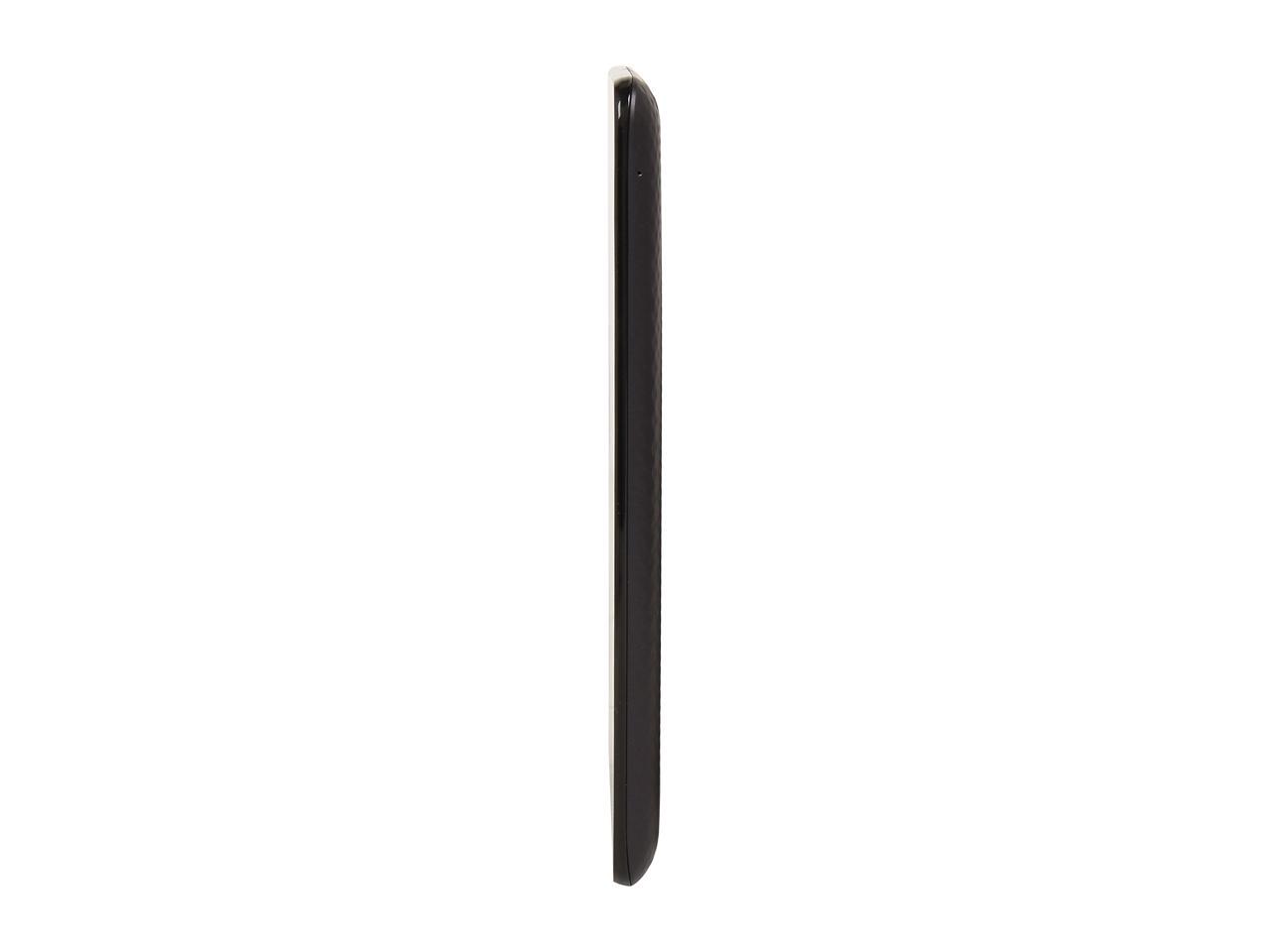 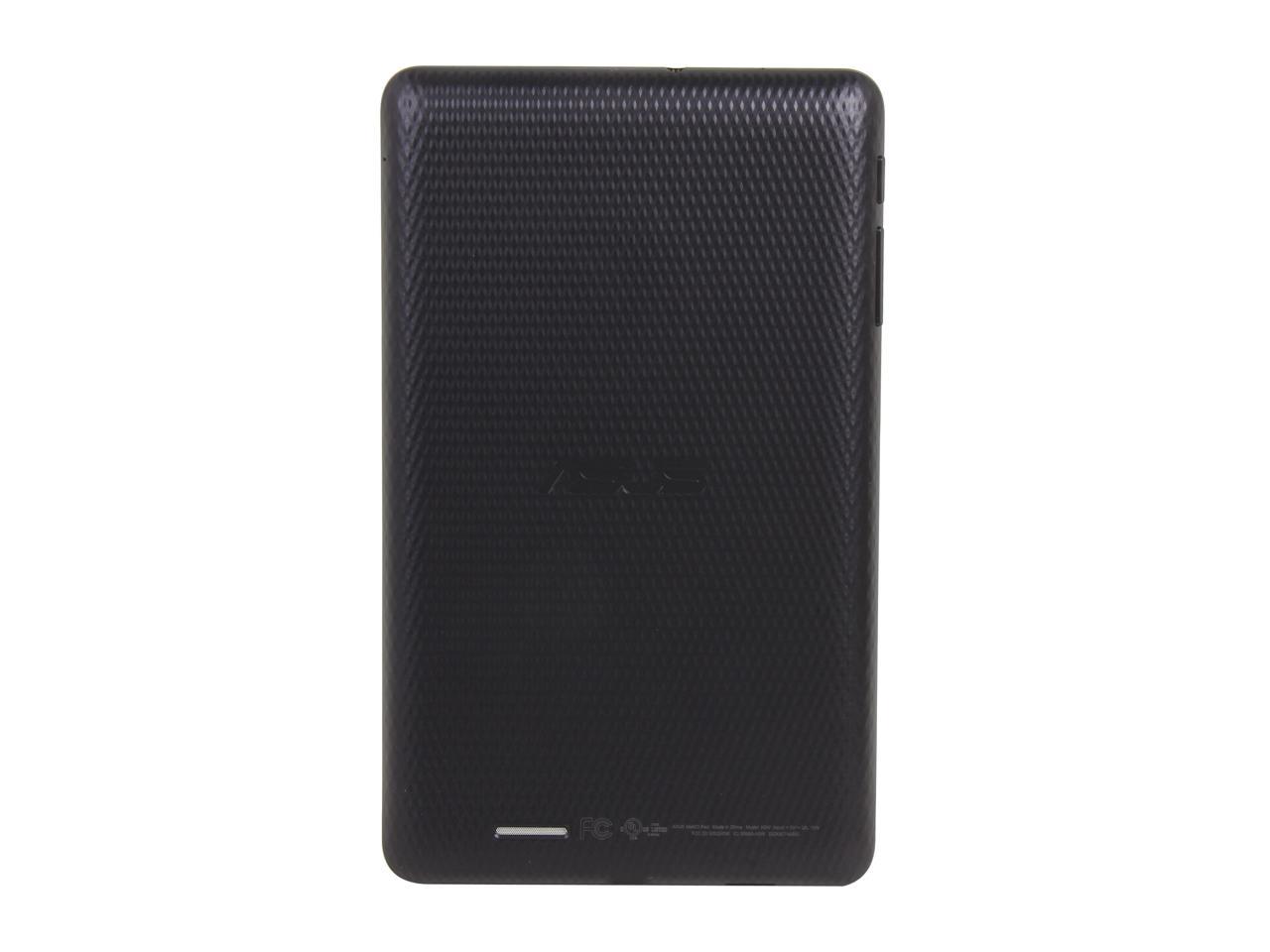 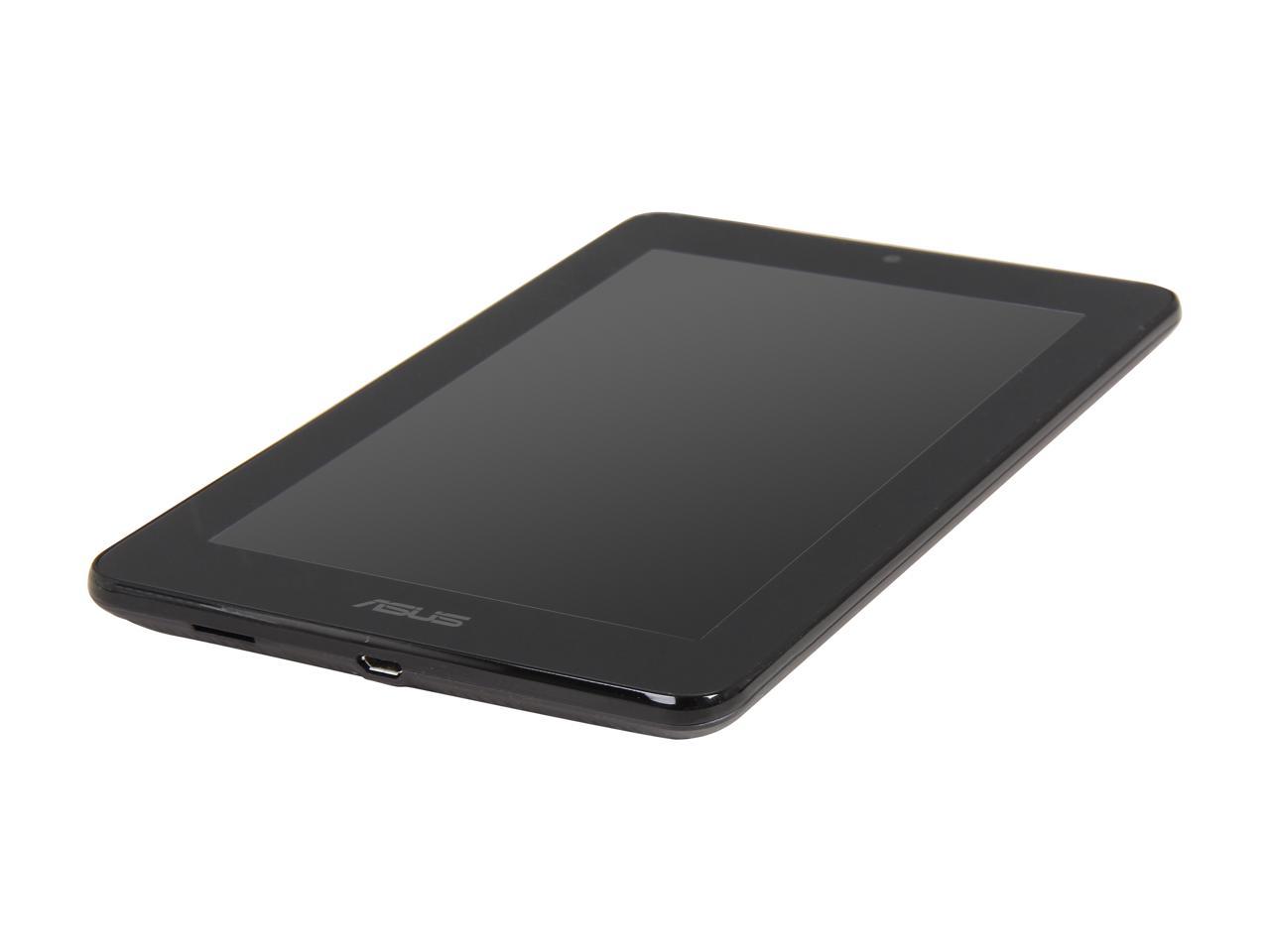 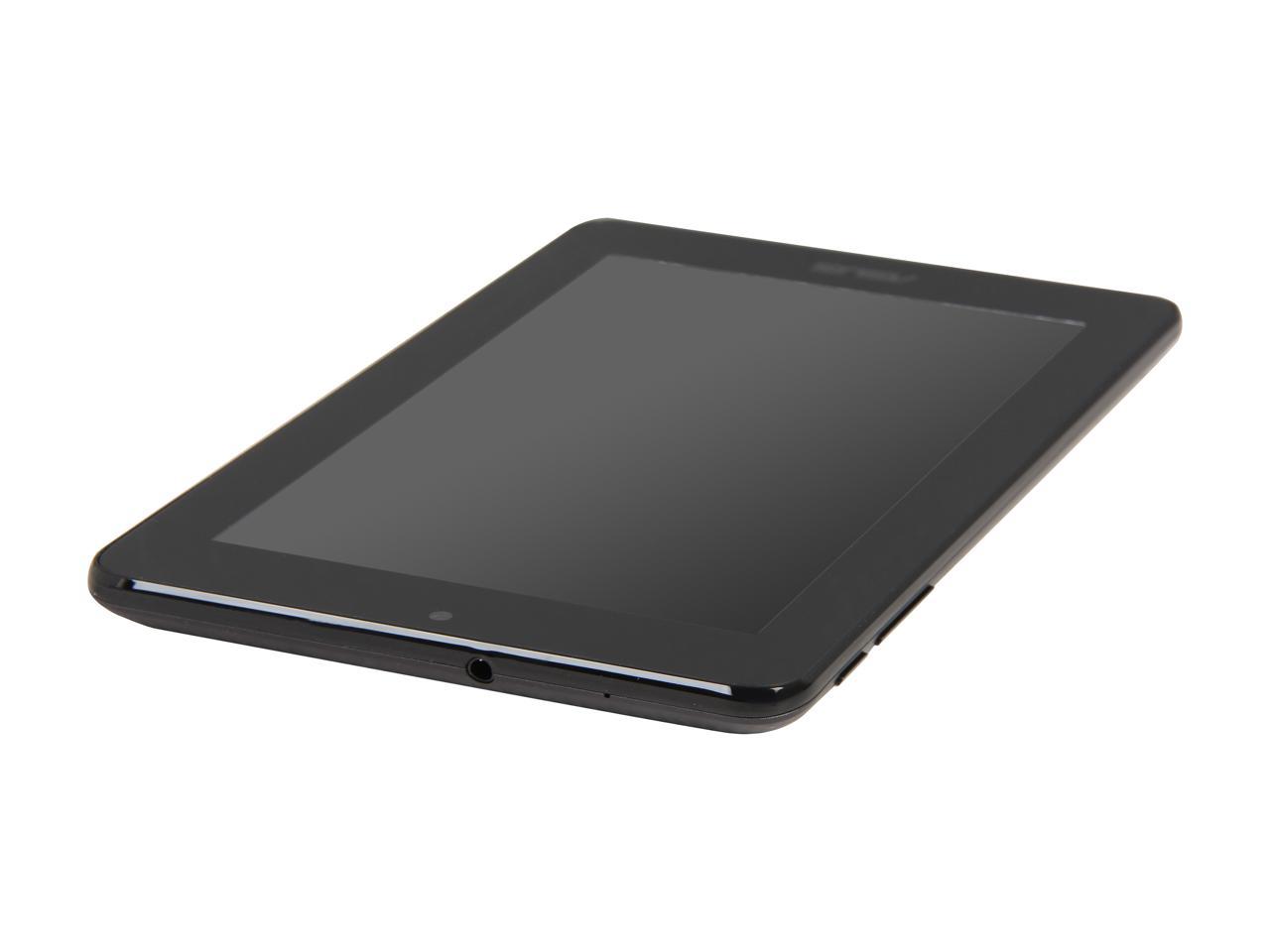 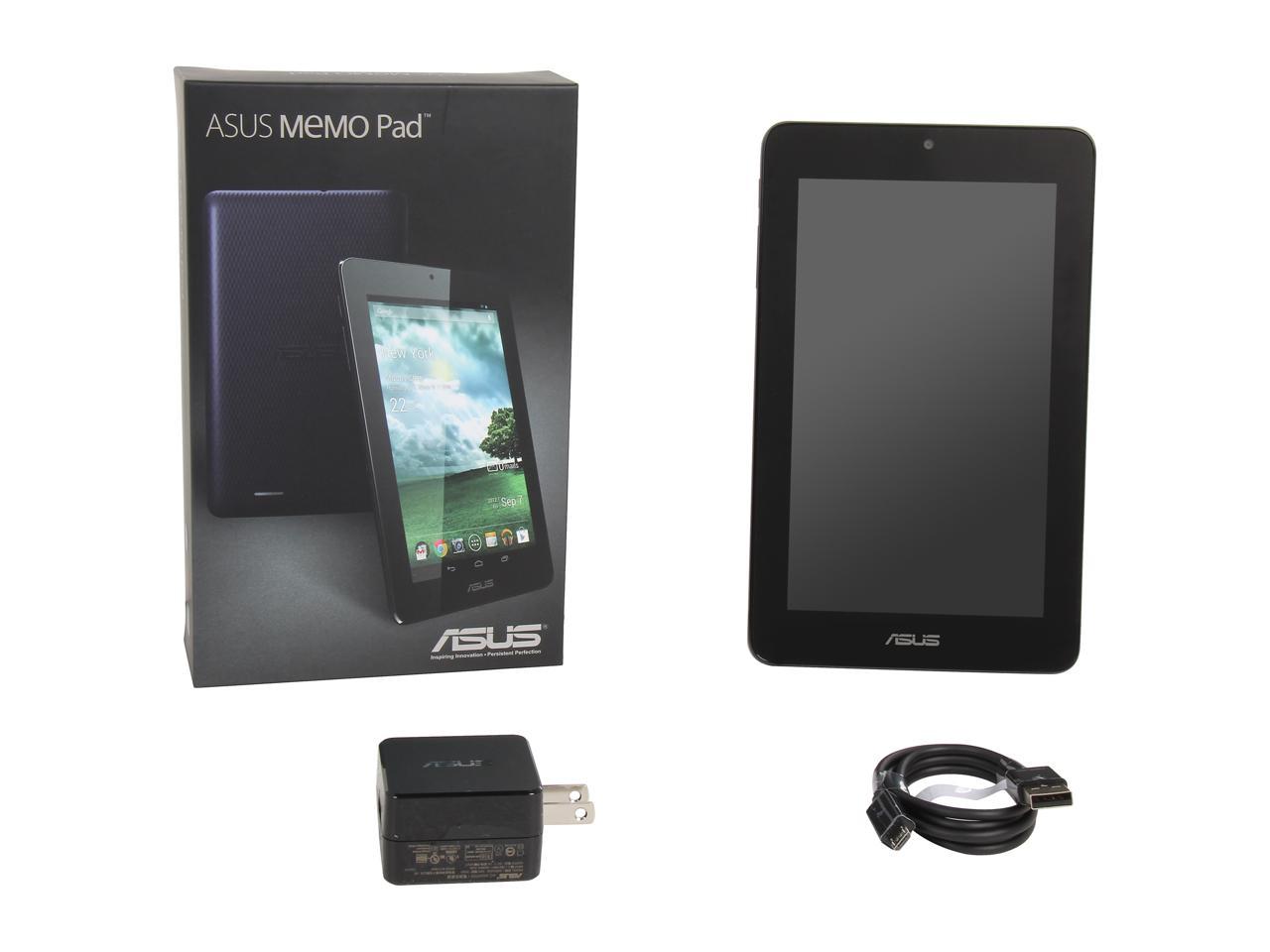 Learn more about the ASUS ME172V-A1-GR

Cons: - Heavy for such a small tablet - Bogs down CONSIDERABLY when attempting to multitask (even with smaller apps) - Camera SUCKS! - Viewing angle is terrible - Does not have latest Android 4.2.2 - No Bluetooth - No back facing camera - No HDMI/MicroHDMI - Screen smudges stand out way to much due to cheap glass And in my opinion the absolute worst part of this tablet is the ridiculous amount of incompatibilities with typical Apps from Google's Play Store. Asus can point their finger all they want at Android's lack of Flash compatibility. However, like is documented all over the internet. Asus could have easily adapted it and included the Flash plugin for Android with the MeMO. Instead they spent their time on adapting bloatware to work on the tablets. How foolish!

Overall Review: This tablet is nothing great. I probably should have only given it one star, but I figure it does have a couple merits to it. So I decided to give it two. I am happy with the initial battery life on this tablet. However, unlike many people I really don't need it to last 7 to 9 hours under normal usage. So I'm okay with the 3 hours or so I get (give or take depending on what I am doing). I was in need of a smaller less expensive tablet to do testing on and to be a little more portable than my larger one. I figured this would be a good choice. I was wrong. Dead wrong! When you have a tablet (be it an iPad, Samsung, Cheapy off brand, etc.) you can expect there to be compatibility issues every now and then, but this thing takes that to a whole new level. Just in the simple games I tried to download from Google's Play Store I think probably 1 out of every three or four games I tried to download would not allow me to due to compatibility. These were just games so I could test out the tablets overall responsiveness. I have tried to download a couple productivity apps as well. Skype sucks on this tablet! any of the Adobe apps are a pain to get working (if you can even download them), and if you are downloading ANYTHING, then it absolutely kills the tablets responsiveness! I really wish I had just ordered the Onda V818 like my colleague did and recommended I do. Far superior tablet and same cost ($150). Gorilla glass, better resolution, WAY better viewing angle, front and rear facing cameras, quad core CPU, same amount of memory and storage, latest Android release (4.2.2), lighter, better compatibility. In fact it improves upon every negative of the MeMO pad except that it doesn't come with Bluetooth either. Unfortunately, I purchased the Asus tablet. I wish I could just get my money back and order the Onda tablet. The reason I decided against it and ordered the Asus MeMO was because it is not a name brand company and I figured I really didn't want to fool with a tablet froma company I was not overly familiar with. However, if you go to their website and read all the comments about them. People all over the world are raving about them. I googled the company to see if anyone had anything negative to say about them and there was nothing to speak of. I guess I'll know better next time! Ohhhhh.... I so wish I could do this one over!

Cons: A bit heavy for a 7 inch tablet, screen does not do motion particularly well (ghosting), battery life is nothing near an ipad (wifi sync to gmail alone will drain the battery in 5 days on standby without even touching it). Lower res display (I think 1024x600). Sound quality and volume is adequate, but barely.

Overall Review: For a buck fifty, what do you expect? This is a pretty decent, low budget tablet that will do the basics. I would not plan on watching a lot of video on this, because you will kill the battery pretty quickly, and the screen is reminiscent of 1st gen LCD TV's - lots of motion blur.

Pros: Nice screen and if unit worked well it would be worth twice the price.

Cons: Newegg replaced this over and over, first a white Asus Pad followed by grey then white and so forth. Asus tech support told me today my unit is not functioning correctly..I have had this one for a week and it is being sent in for repair.

Overall Review: Asus and Newegg have been very kind. I would shy away from this item and get another Asus tablet model. I bought this as my Asus notebook is great! Apparently not so with the Memo Pad.

Pros: Was fun while it worked

Did you find this review helpful?
Manufacturer Response:
Dear Valued Customer, Thank you for the positive comment with the tablet. I apologize if the system failed to power on less than a year. Please verify if the USB cable and AC adapter are properly connected from the tablet to a working surge protector or AC outlet. Please try to disconnect the AC adapter and let the unit drain for 24 hours to reset and clear the memory. After doing this, please reconnect your AC adapter then power on the unit. If the problem persists, please press and hold the power button, repeat this process a couple of times, until you see an ASUS logo or a battery icon. If a battery icon shows up, let the battery charge fully before turning it on again. If you need further assistance, please email me at cl-rodel@asus.com and write down service# 3610066 on the subject line. Thank you for choosing an ASUS product. Regards, Rodel ASUS Customer Loyalty
Anonymous
Ownership: 1 day to 1 week
Verified Owner
Mom approved :)12/12/2013 1:17:00 PM

Overall Review: Purchased for my Mom who has zero tech skills and never used android. She is addicted to it within a day!

Pros: The following are some nice things about this device: 01. Graphics quality is not bad 02. Comes preloaded with nice apps 03. Price 04. Storage space 05. SD slot for more storage

Cons: The following are some problems with the device. 01. Camera stopped working after some use 02. The power button is poorly placed (right next to the volume button which causes problems when you want to increase the volume) 03. Sometimes hangs when opening a background application. 04. Sometimes touch sensitivity is lagging 05. Battery life is wanting at times even when inactive

Cons: no bluetooth no GPS no LED No rear camera front camera is POOR quality virtual buttons eat up screen space on some apps Viewing angle isn't great No HDMI charges SLOW with a 750ma charger

Overall Review: I bought this at a boxbox store because i broke my droid and needed a replacement immediately. It's pretty good, but the lack of bluetooth hurts worst of all.

Pros: screen resolution is decent for size fine for occasional music usage Google search is decent haven't had an issue with any app downloaded

Cons: no gps sound is just tolerable but better than many phones can't handle doing much else while downloading

Overall Review: Considering the price you can find this at and looking at other 7" tablets its a decent bargain form a good manufacturer . My wife and daughter have both used it quite a bit. We are considering a second one for daughters business travel as a cheap alternative to traveling with her laptop. Just enough for checking emails , websurfing , music and games .